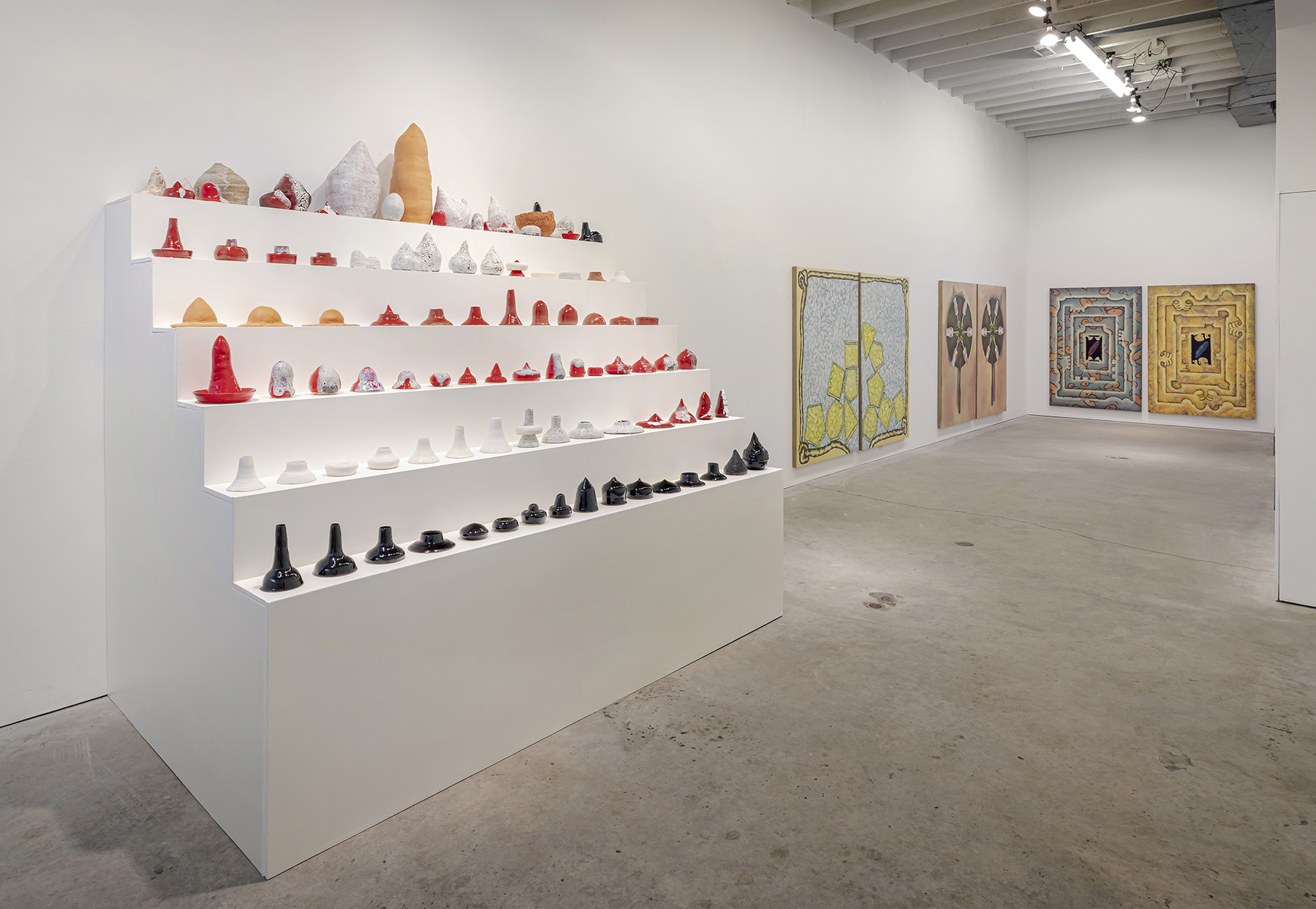 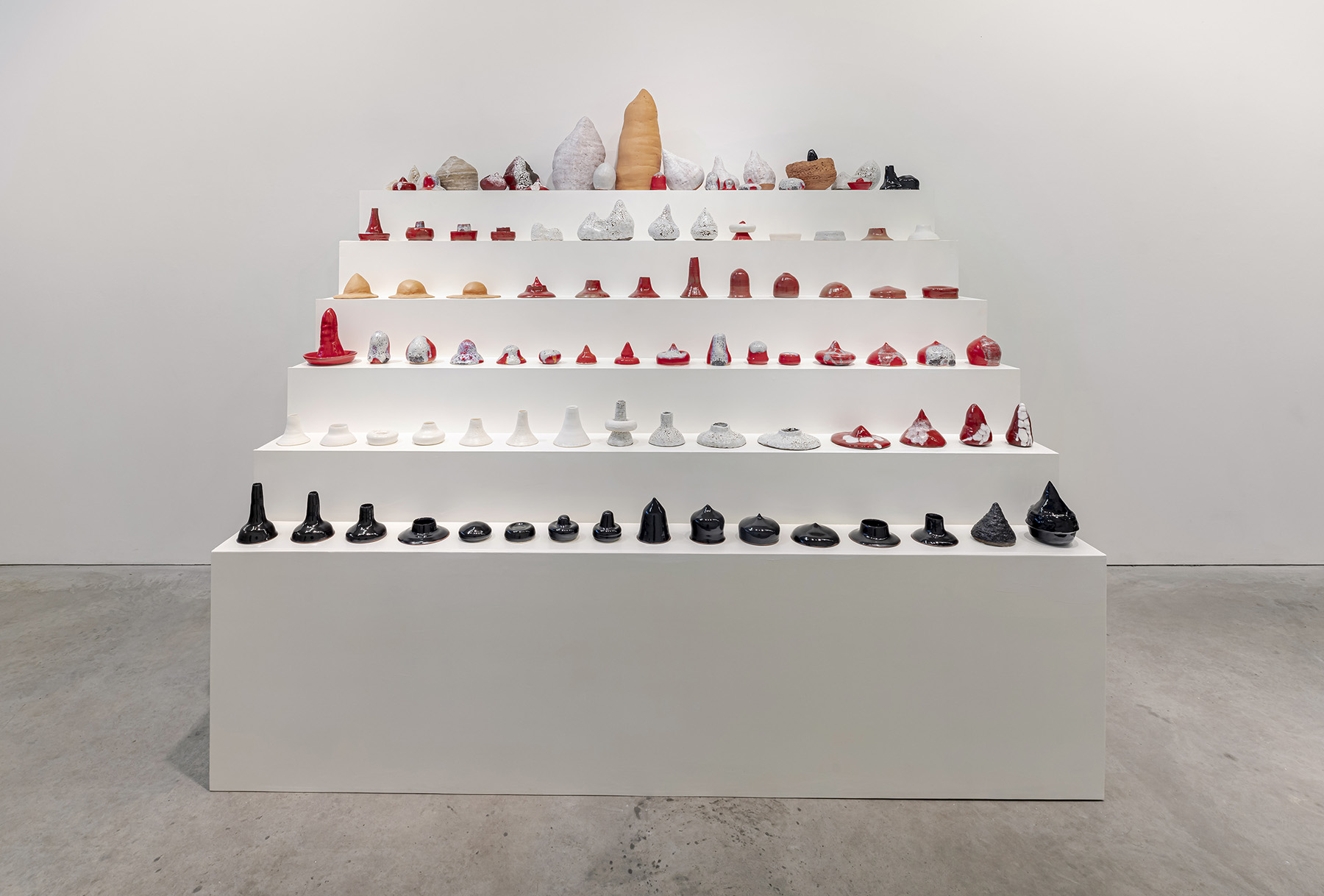 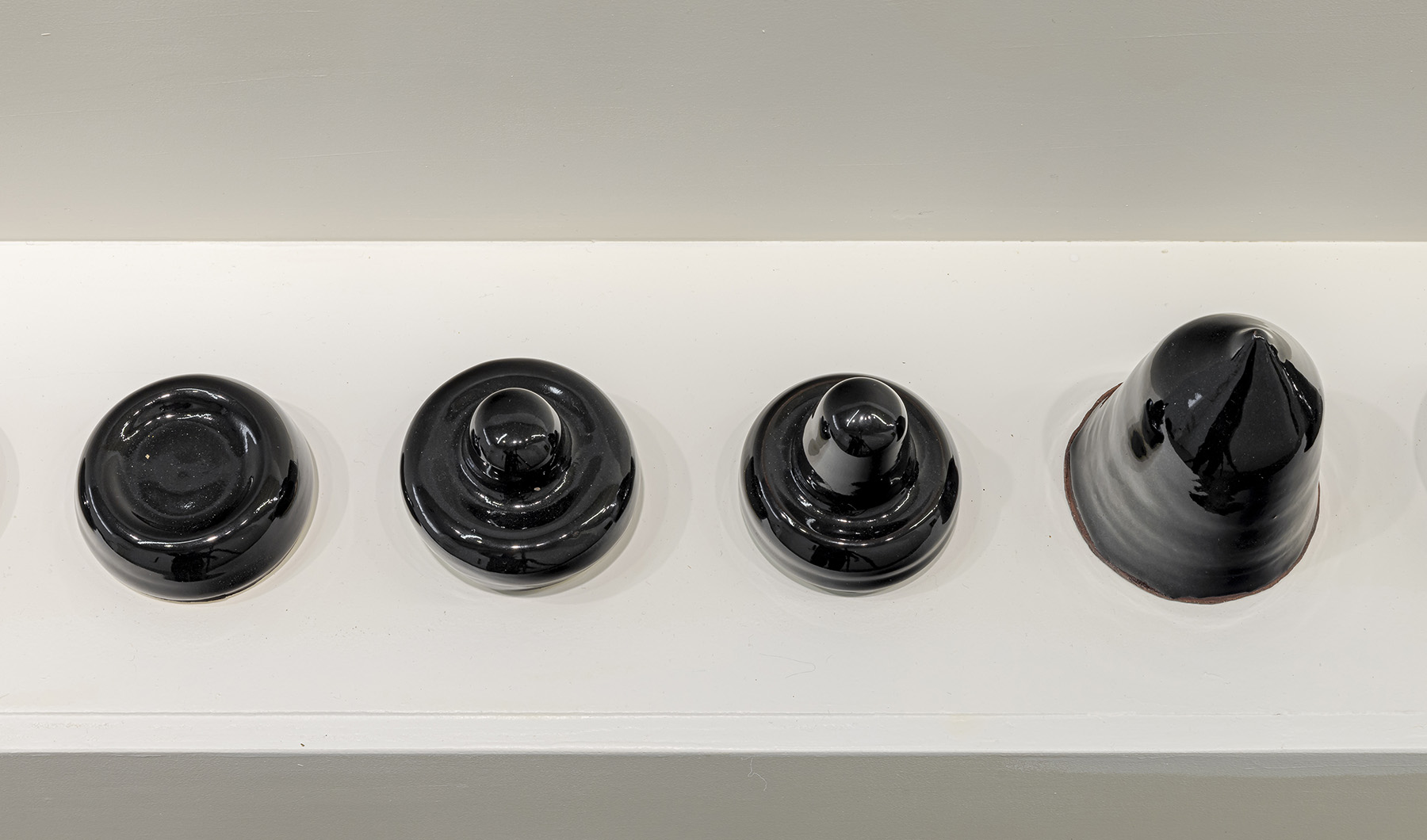 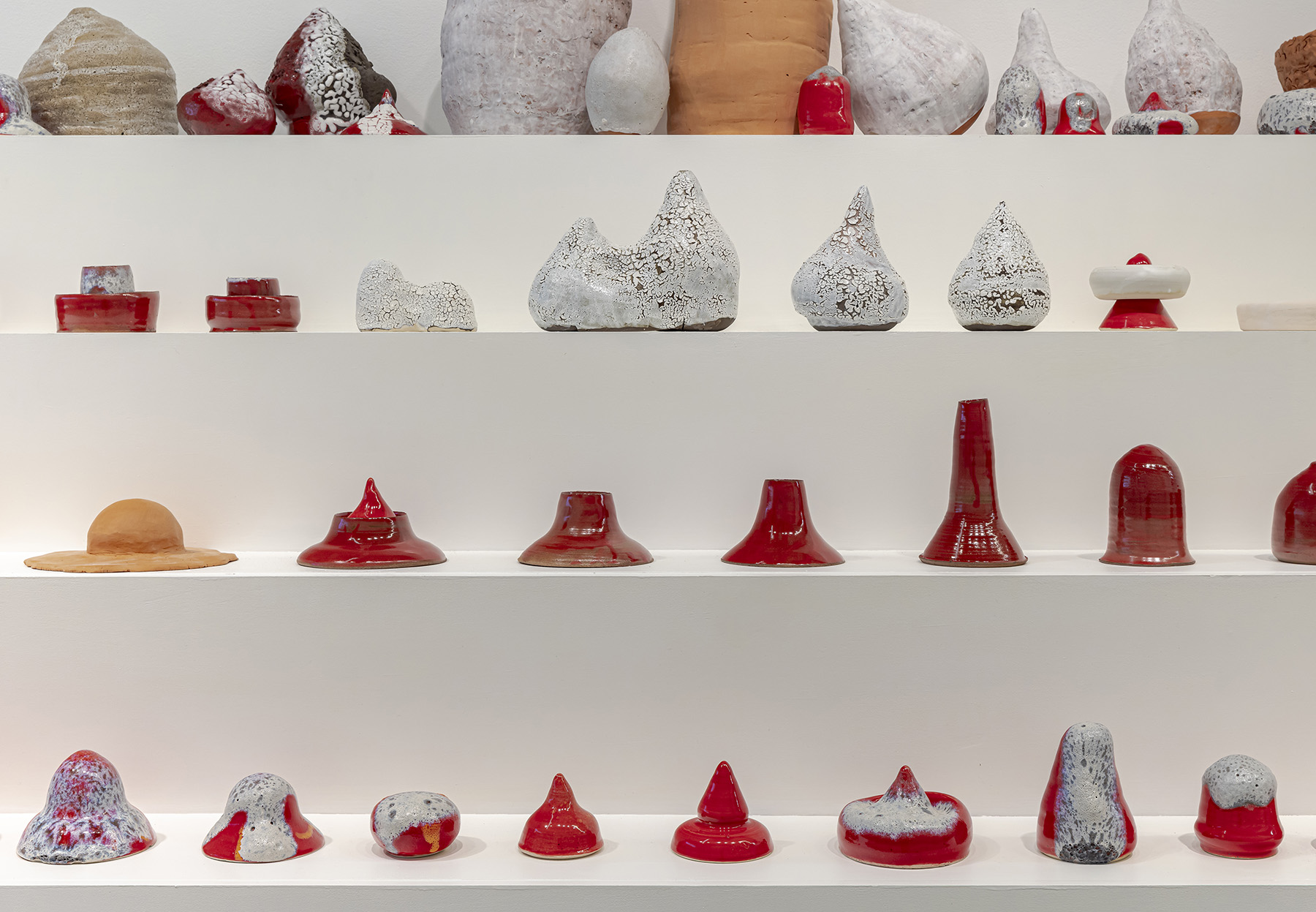 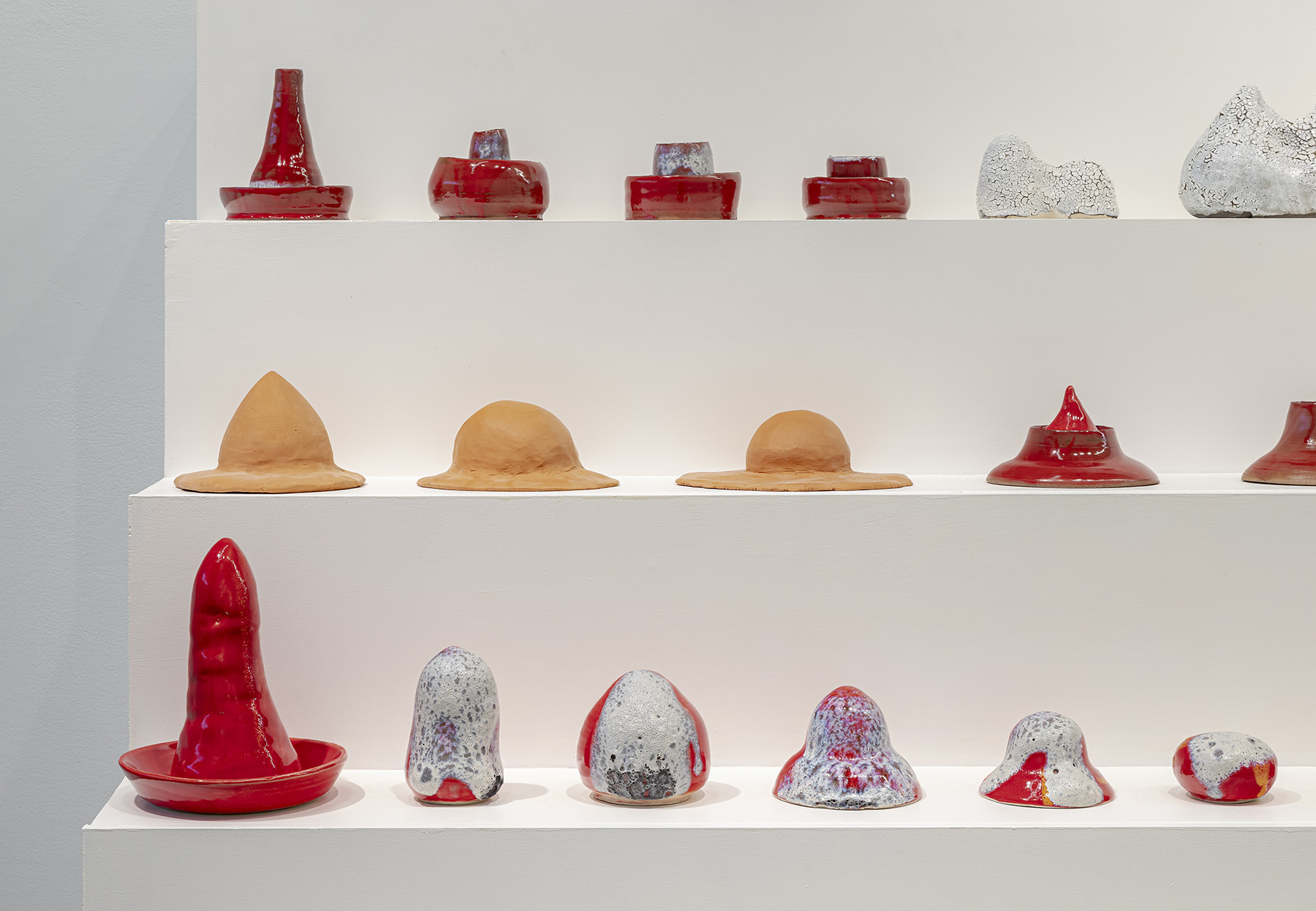 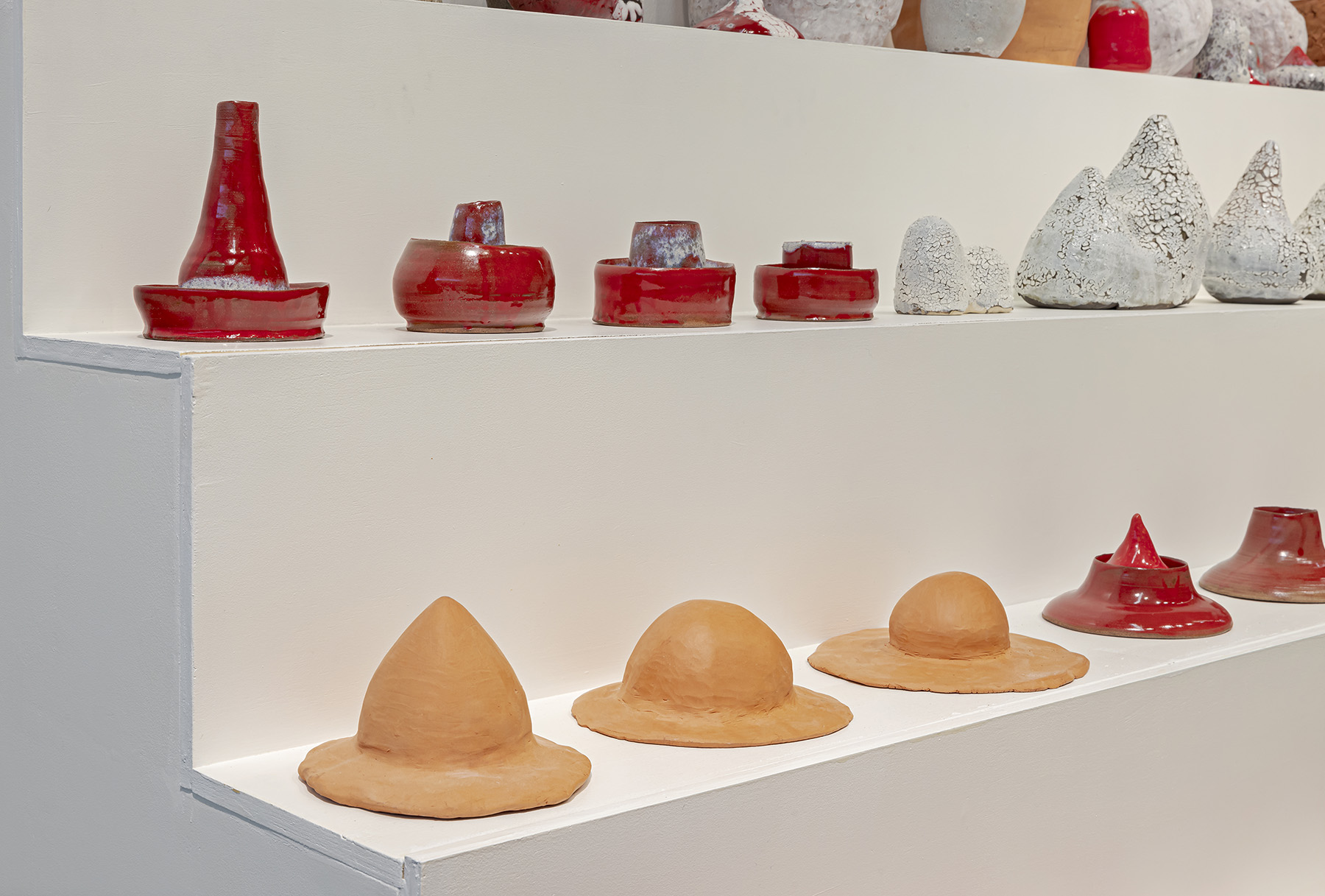 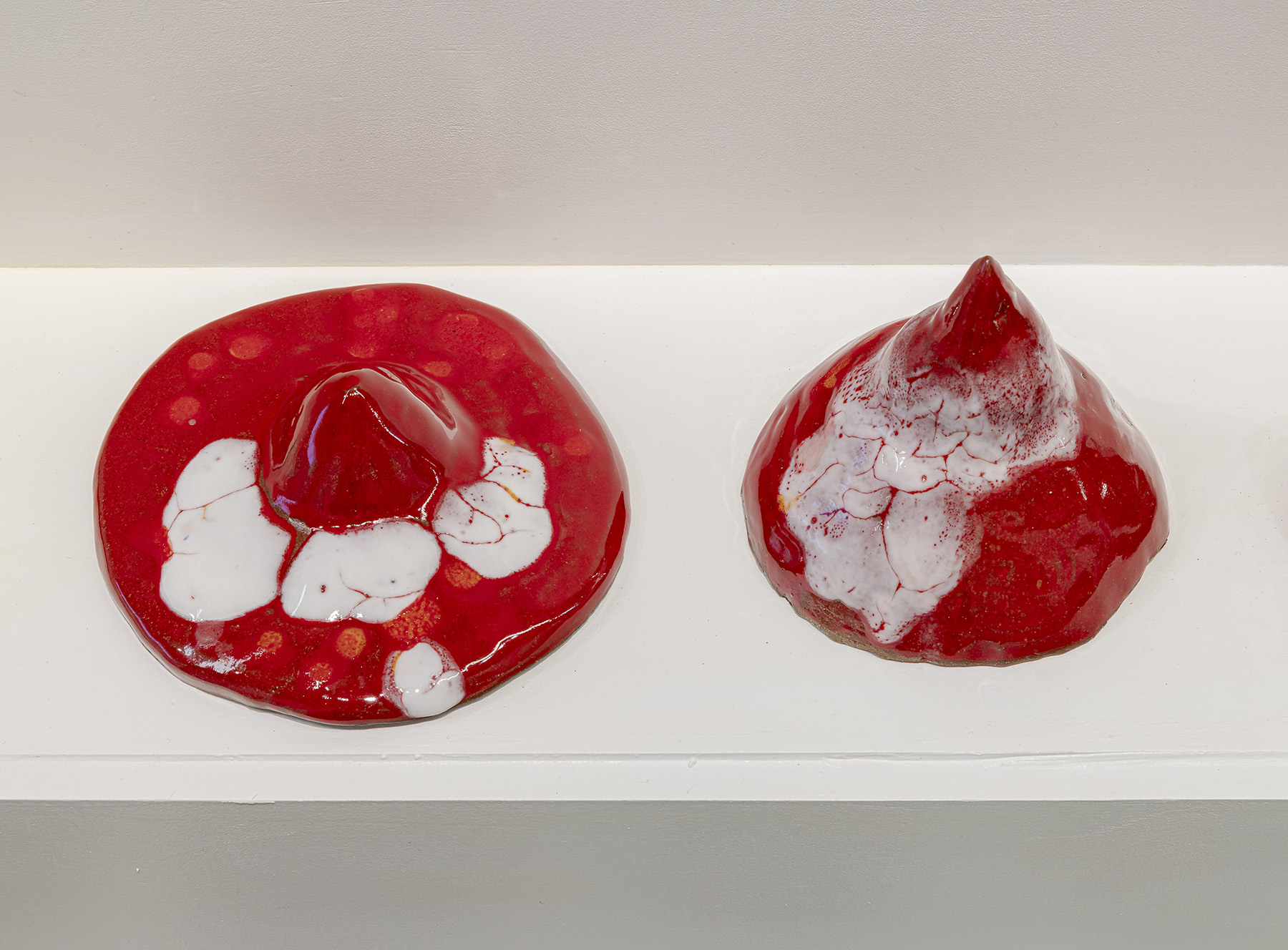 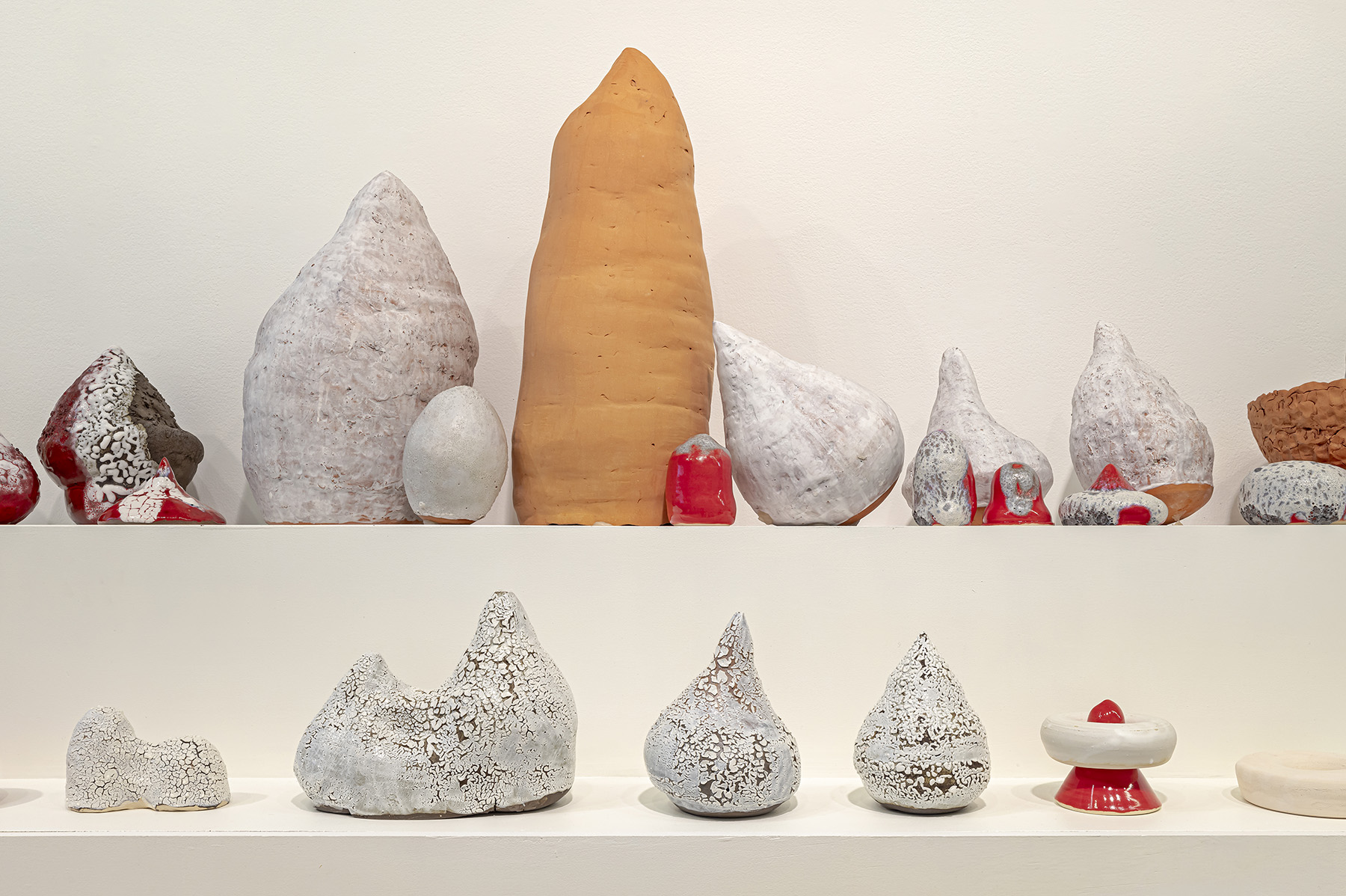 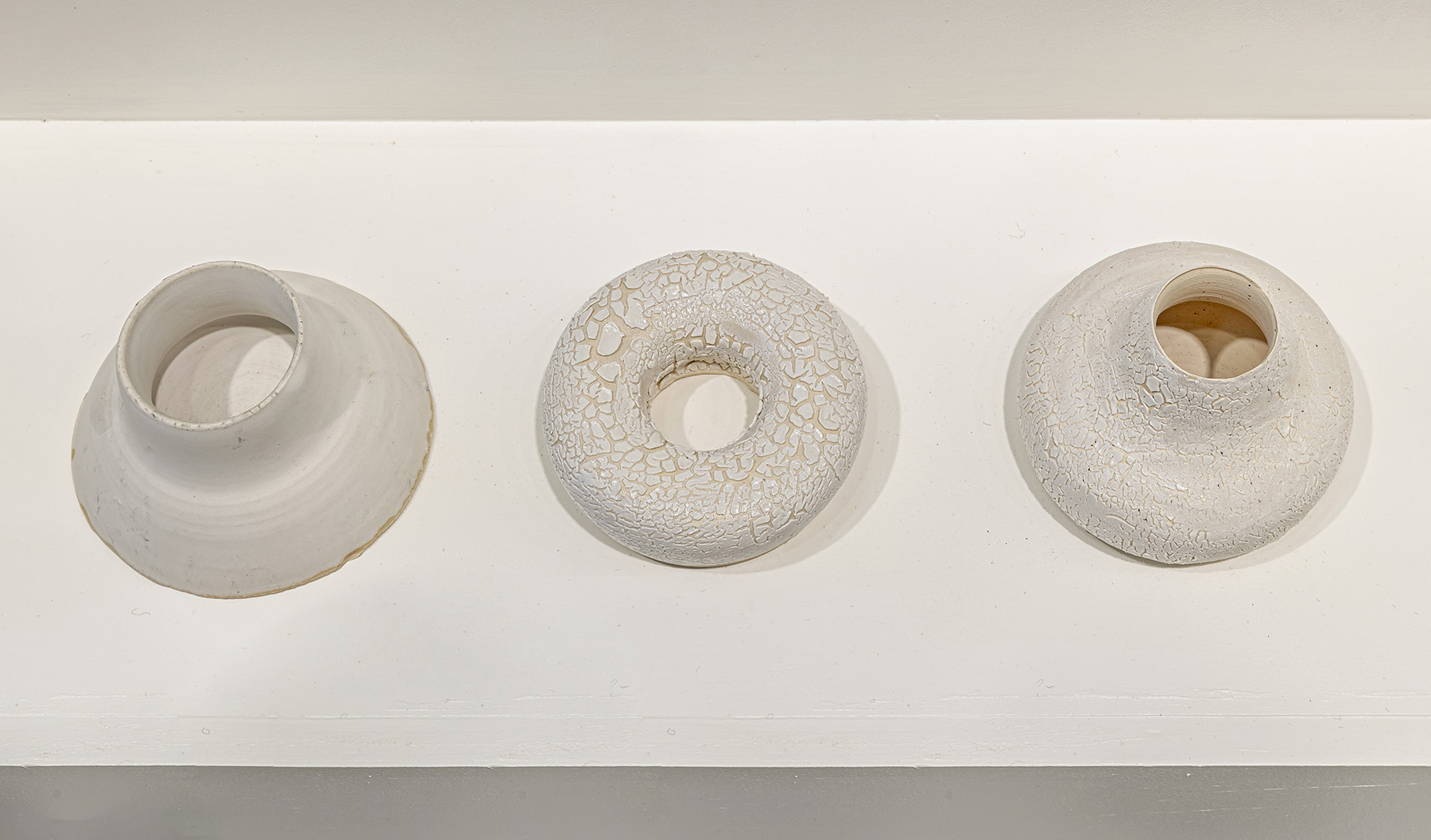 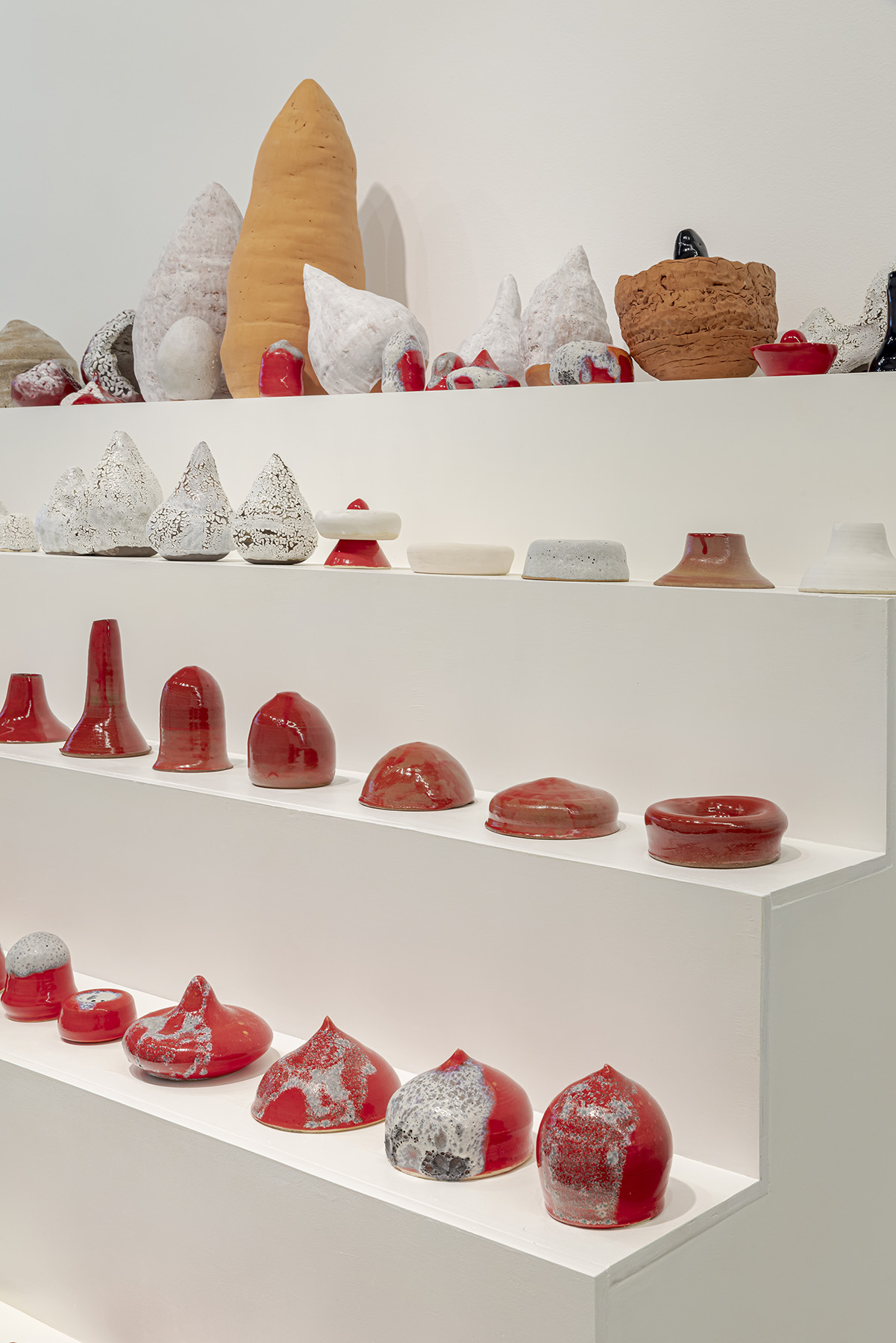 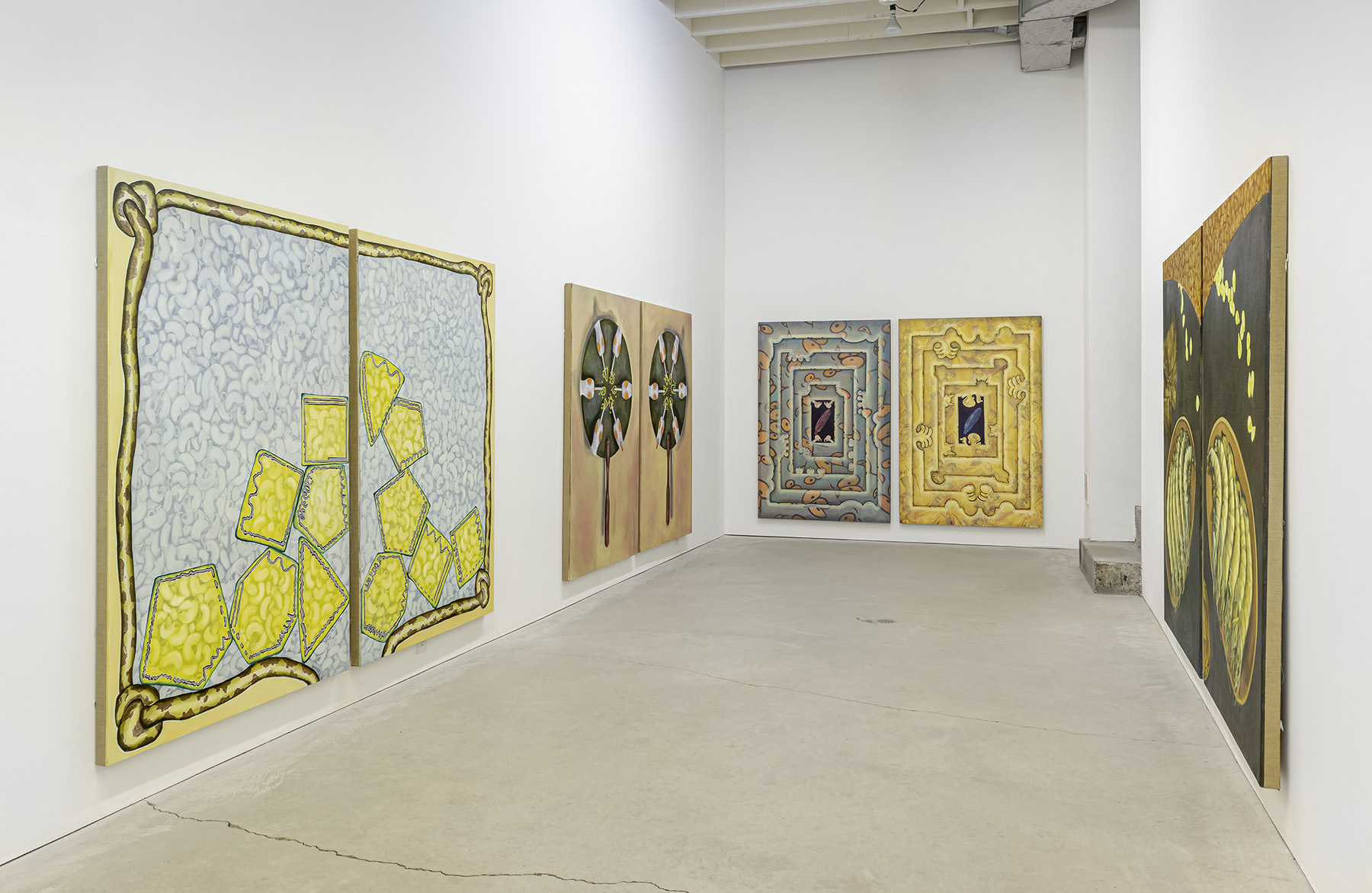 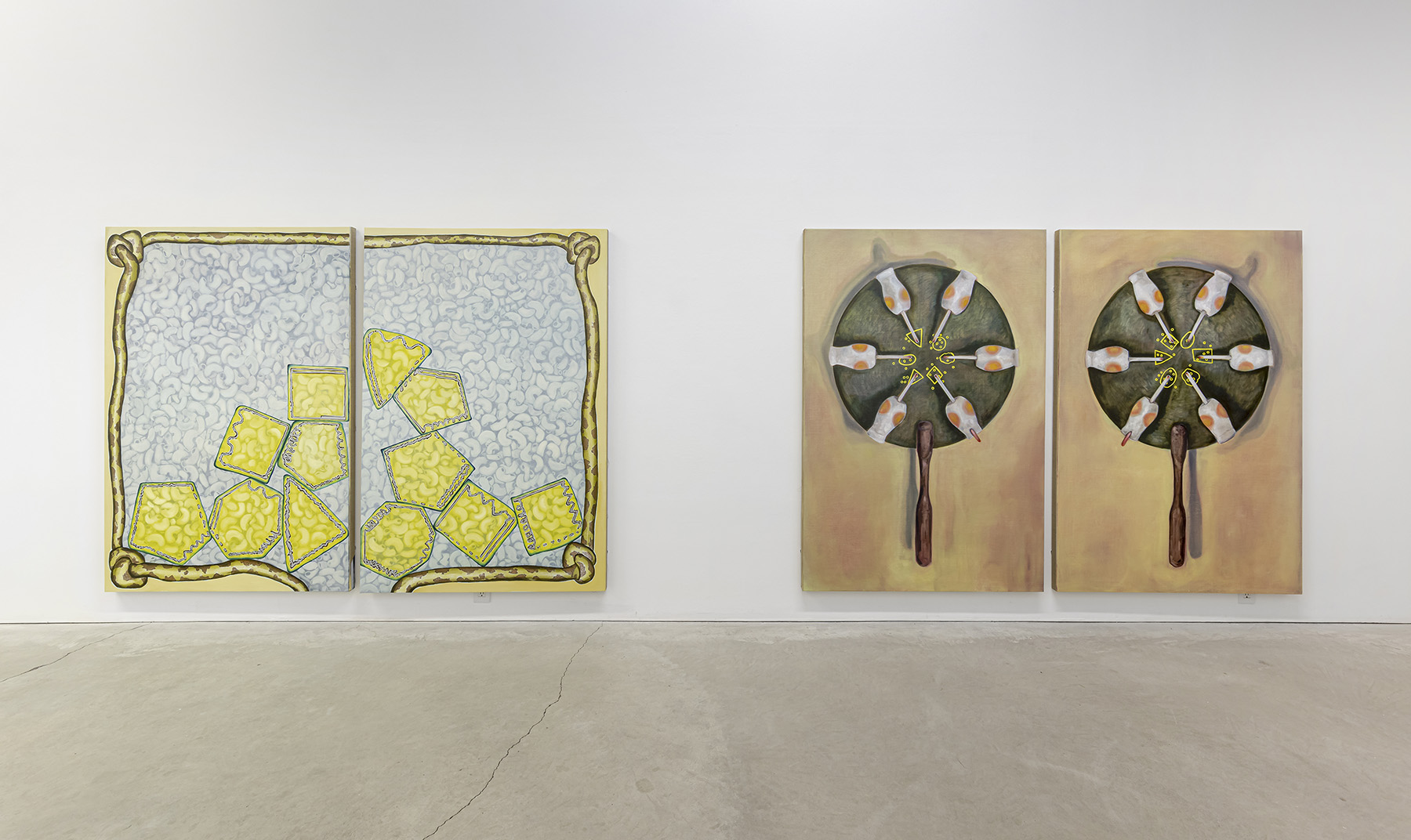 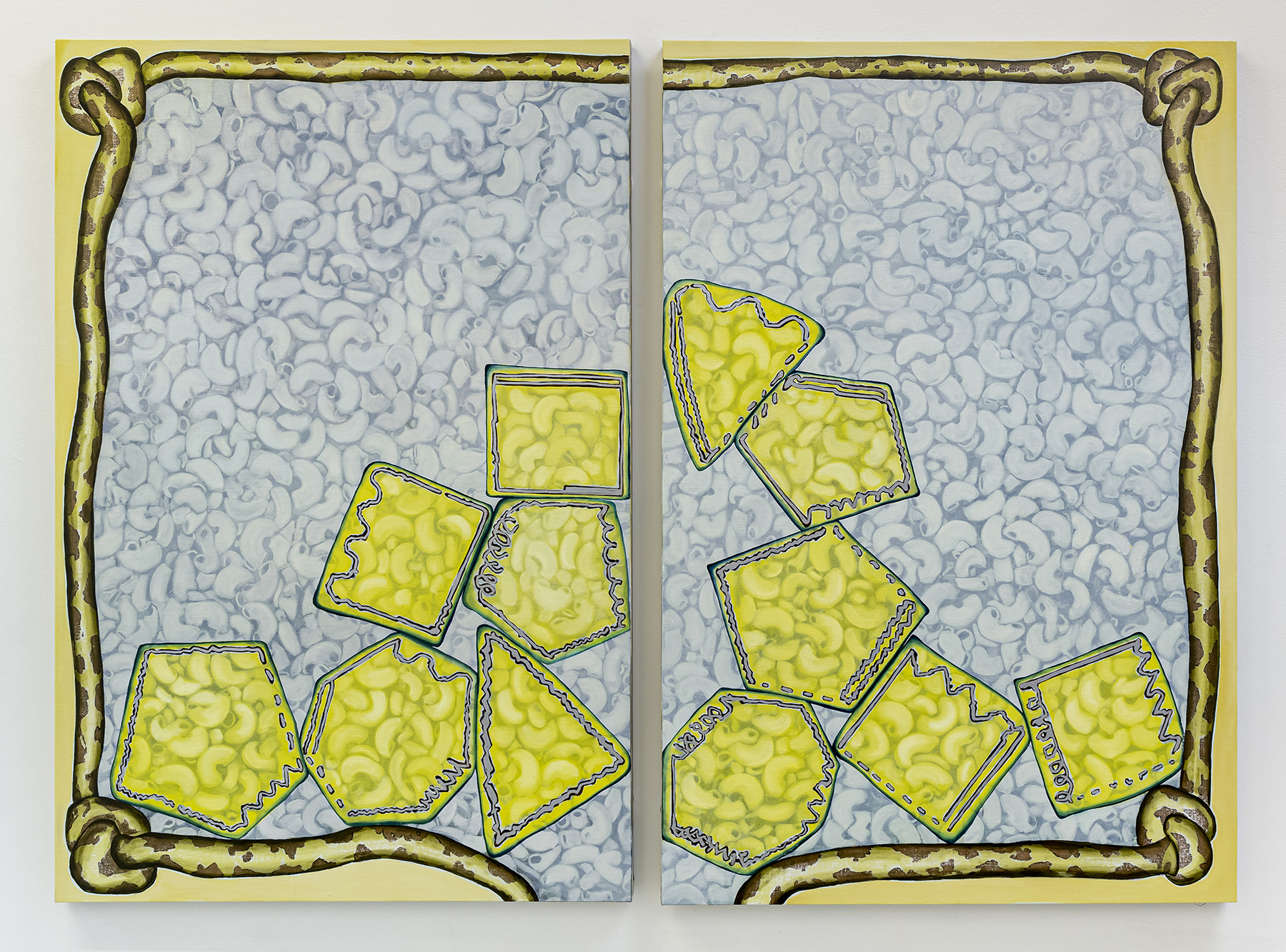 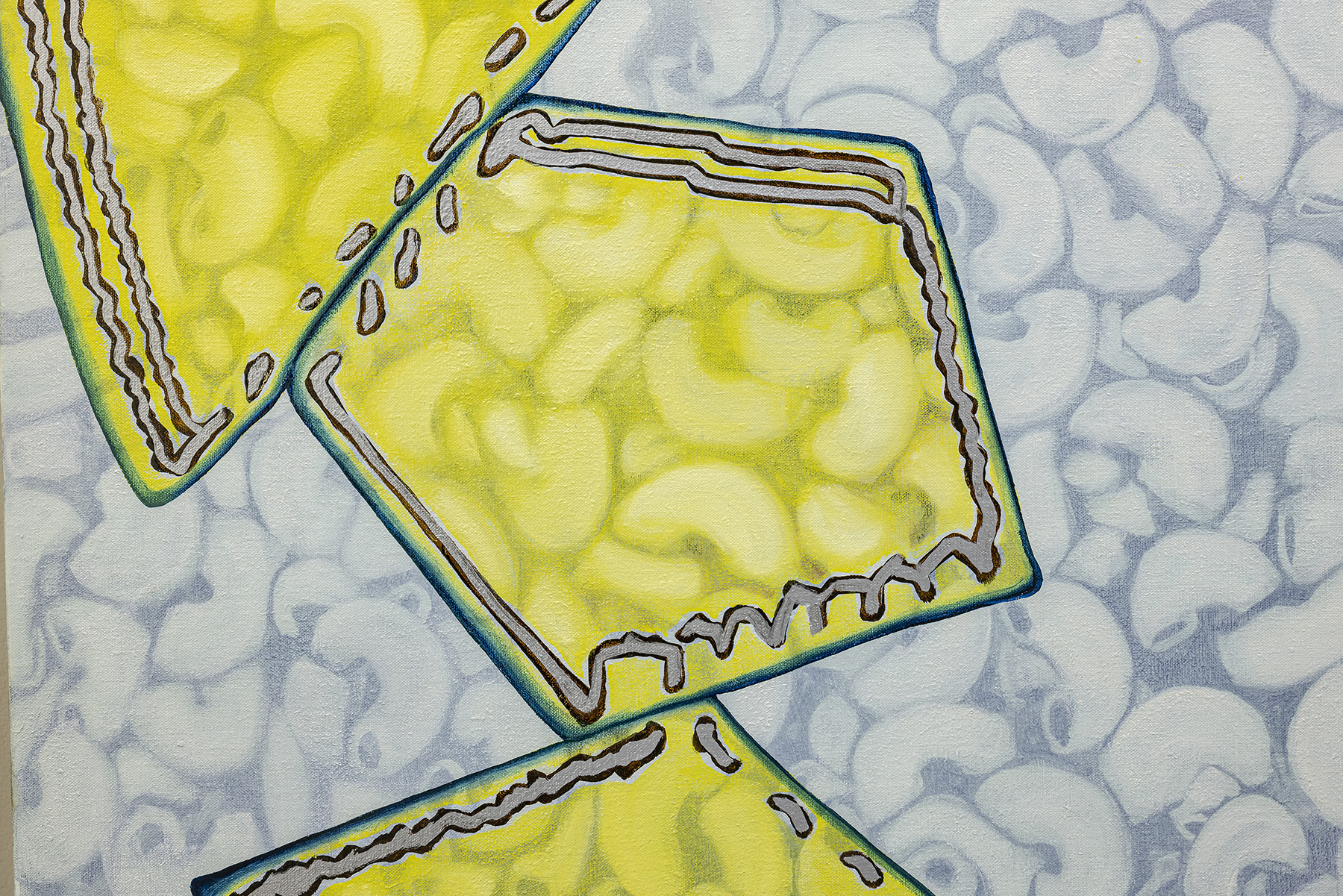 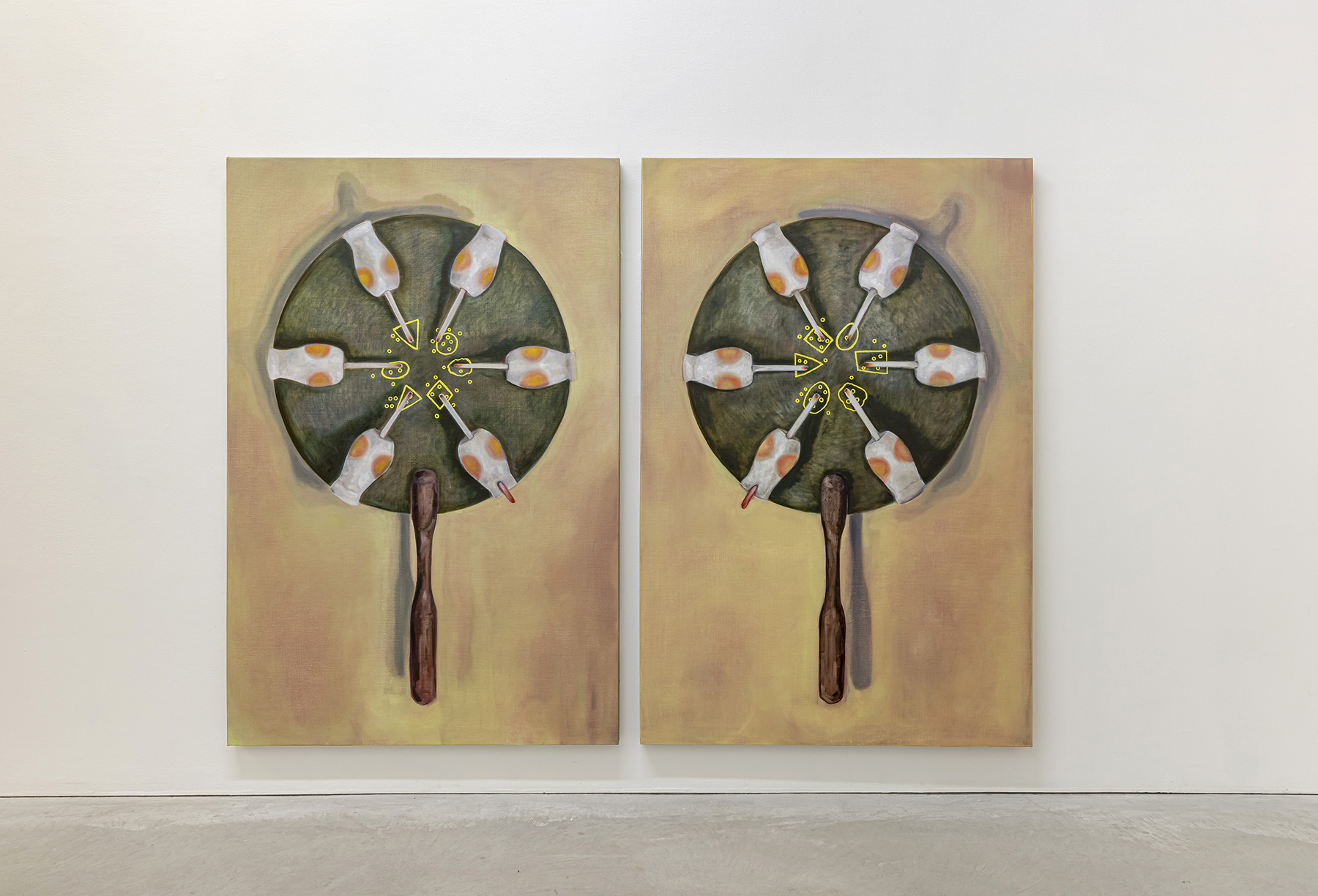 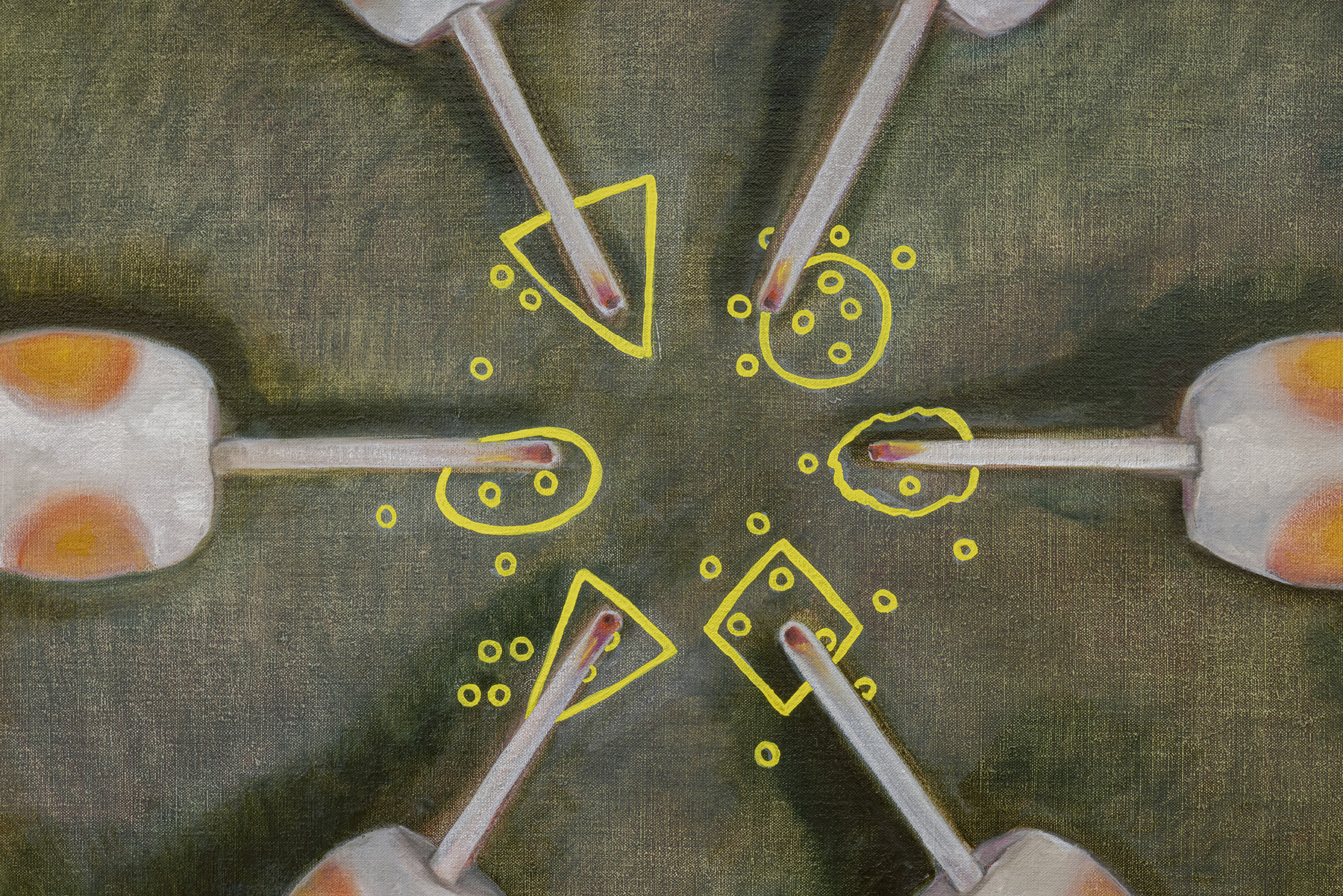 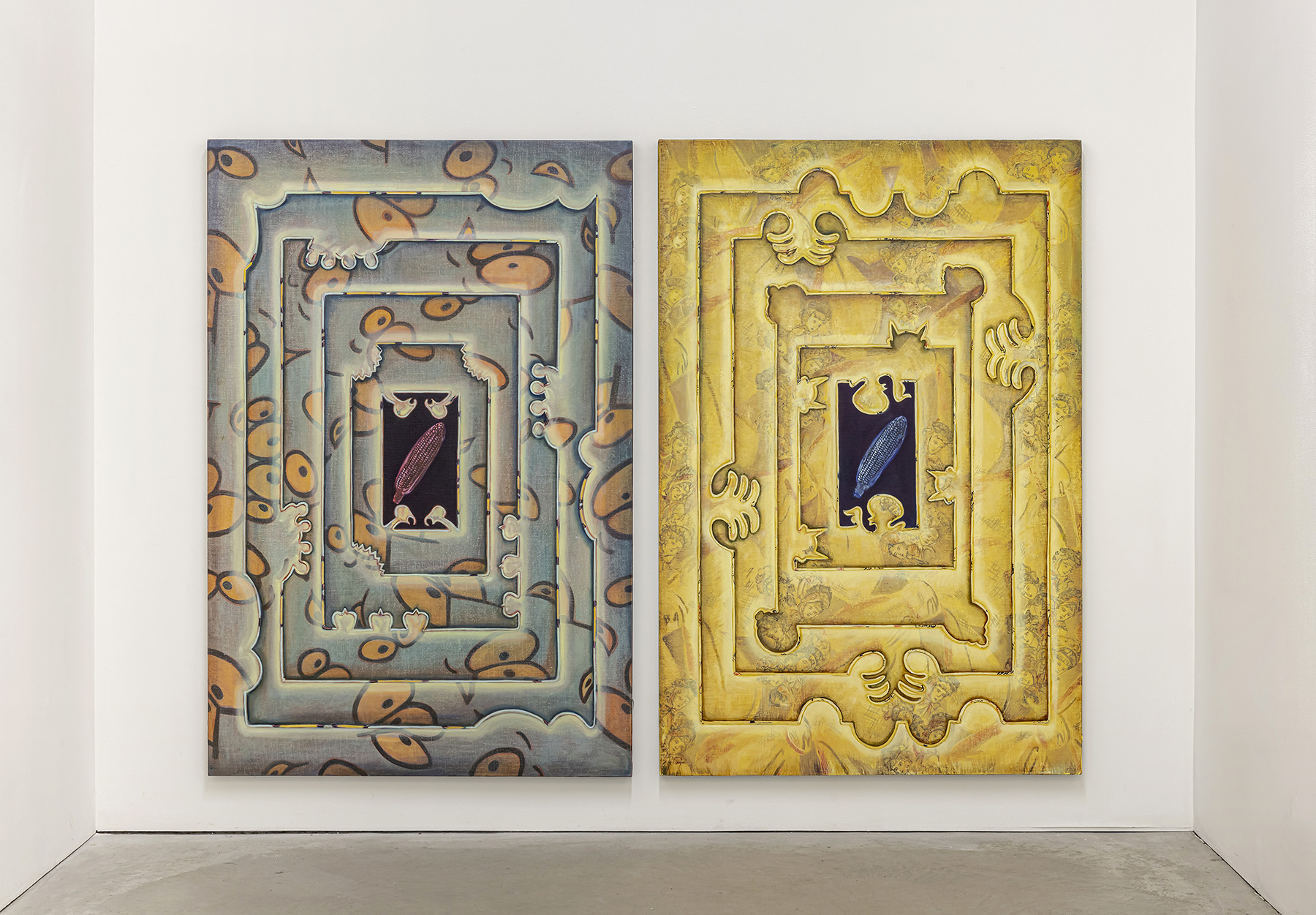 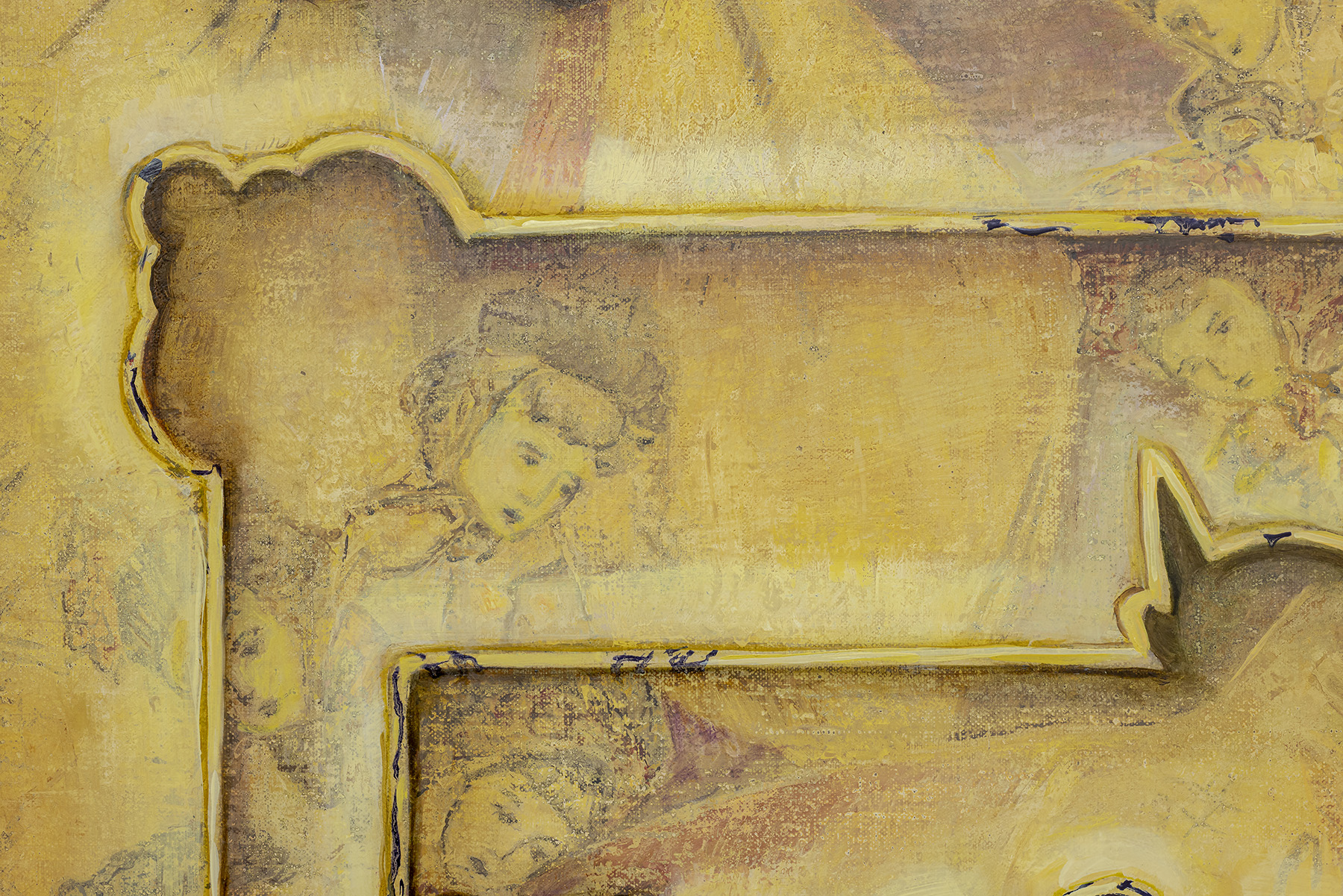 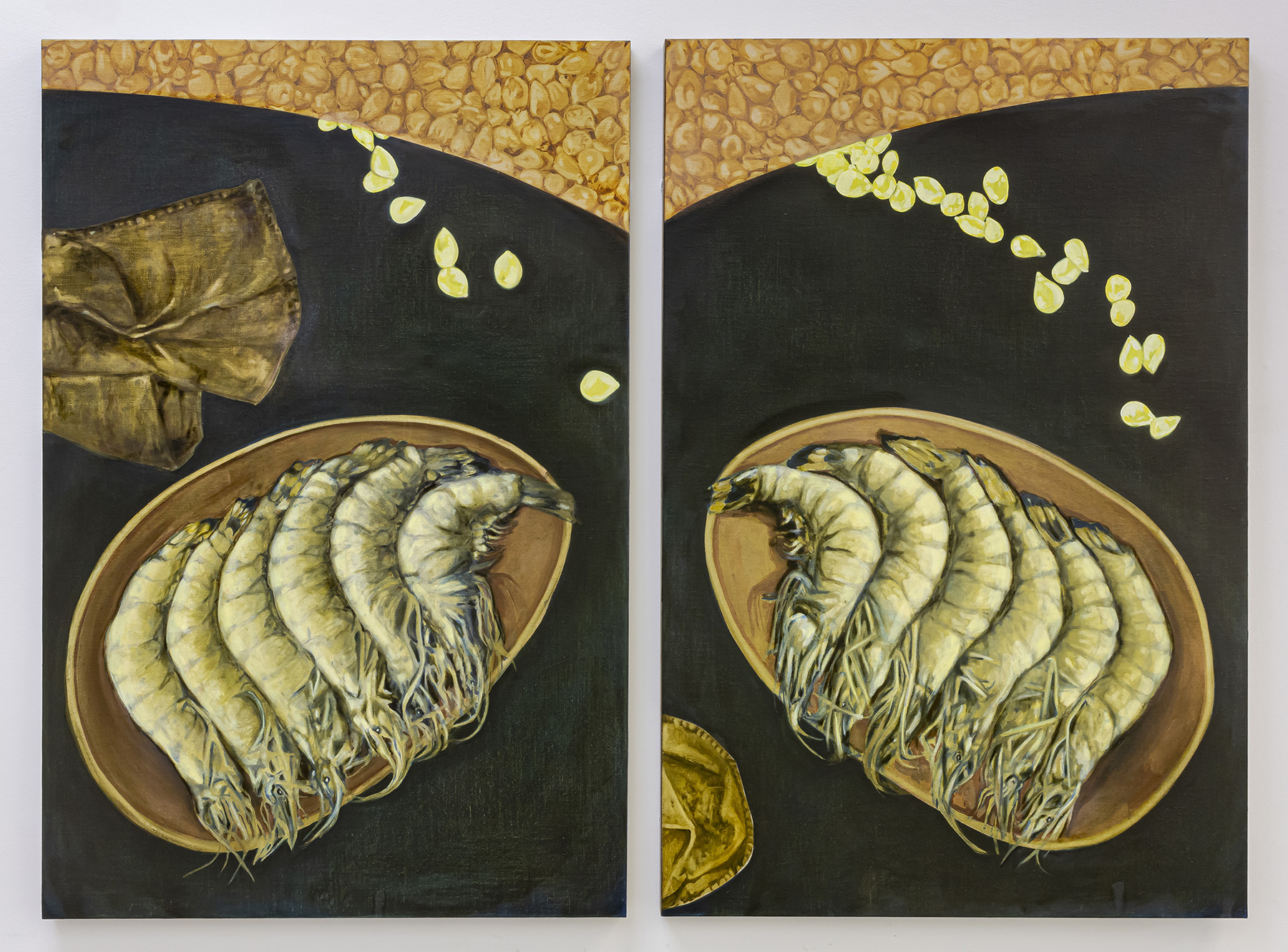 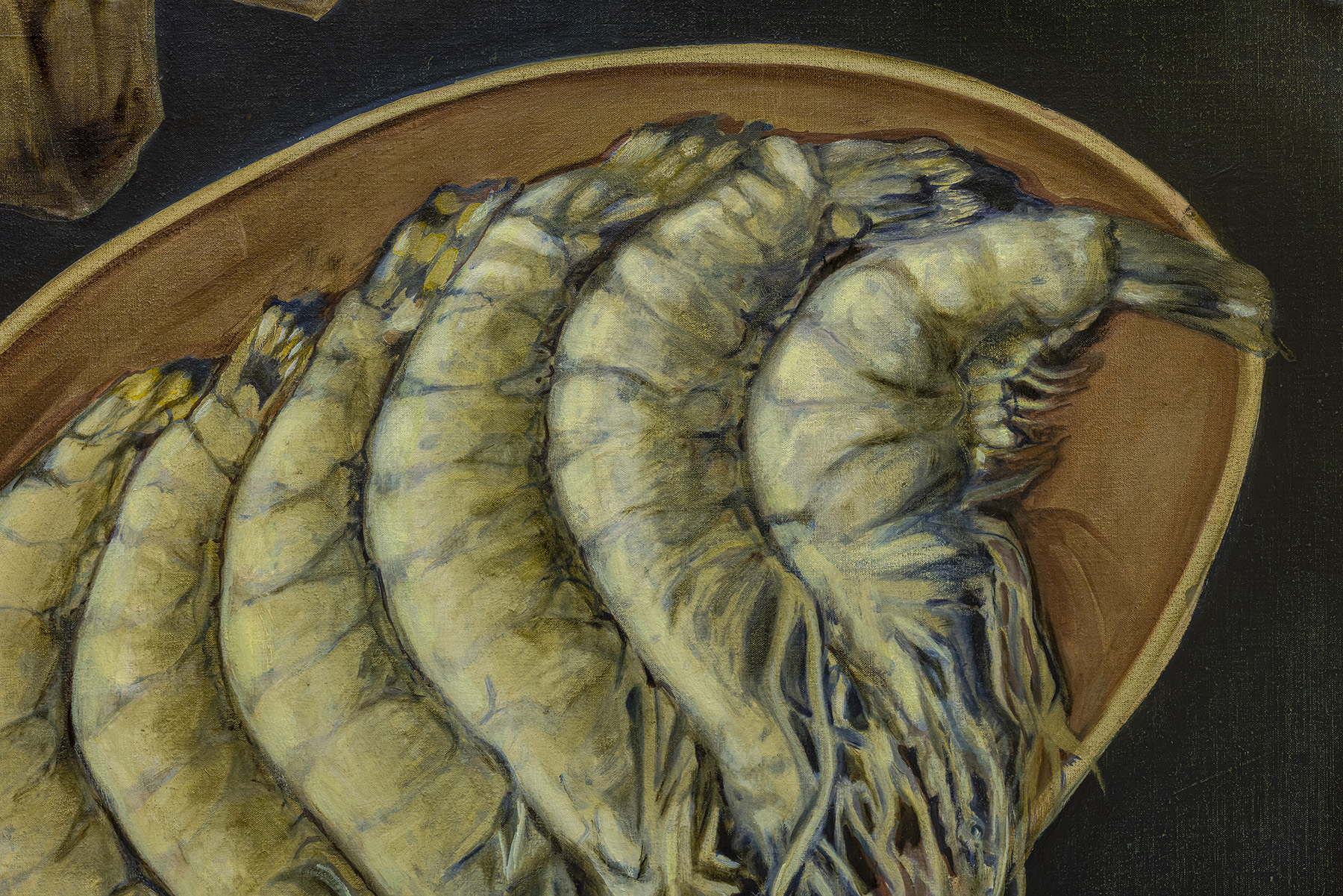 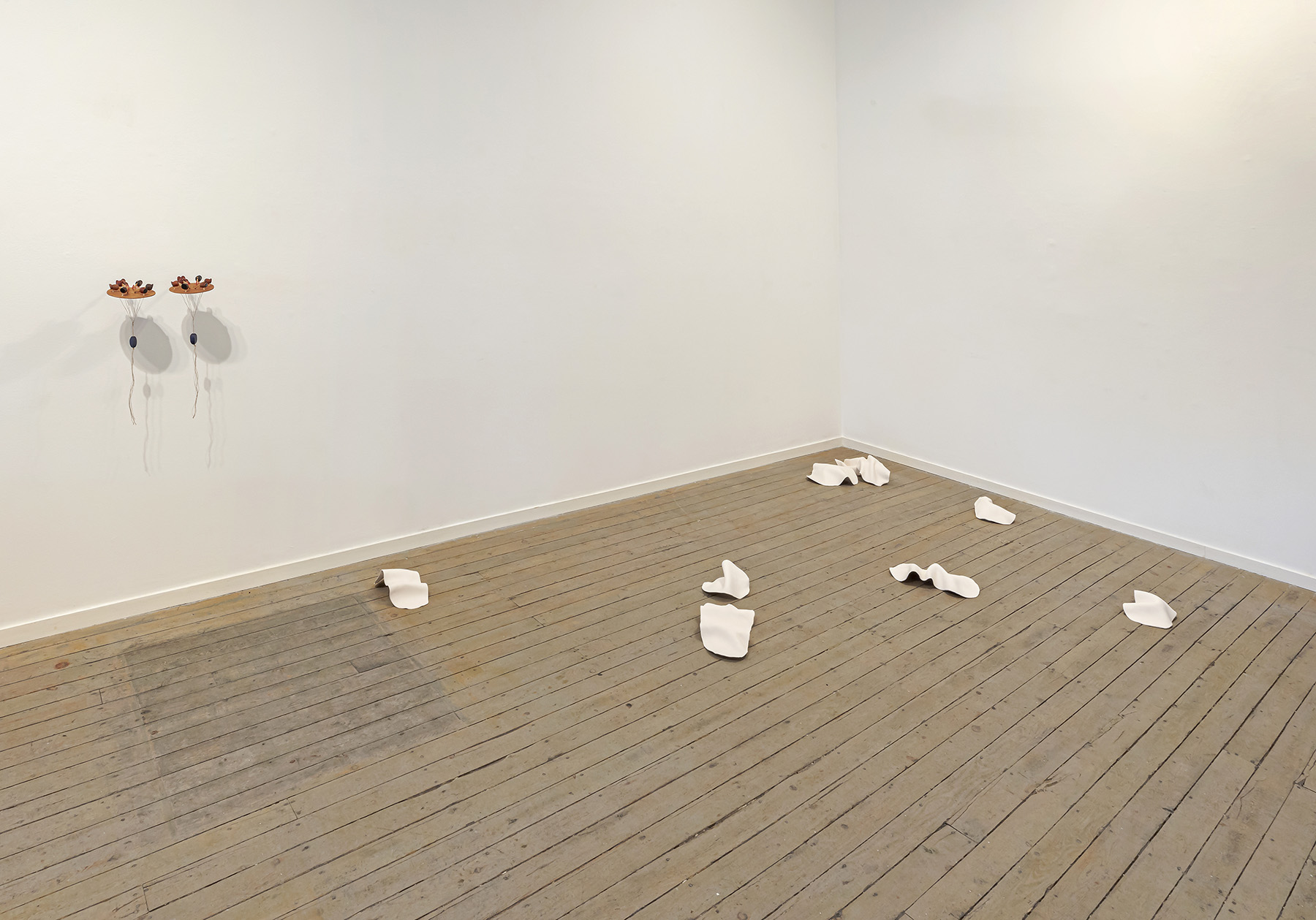 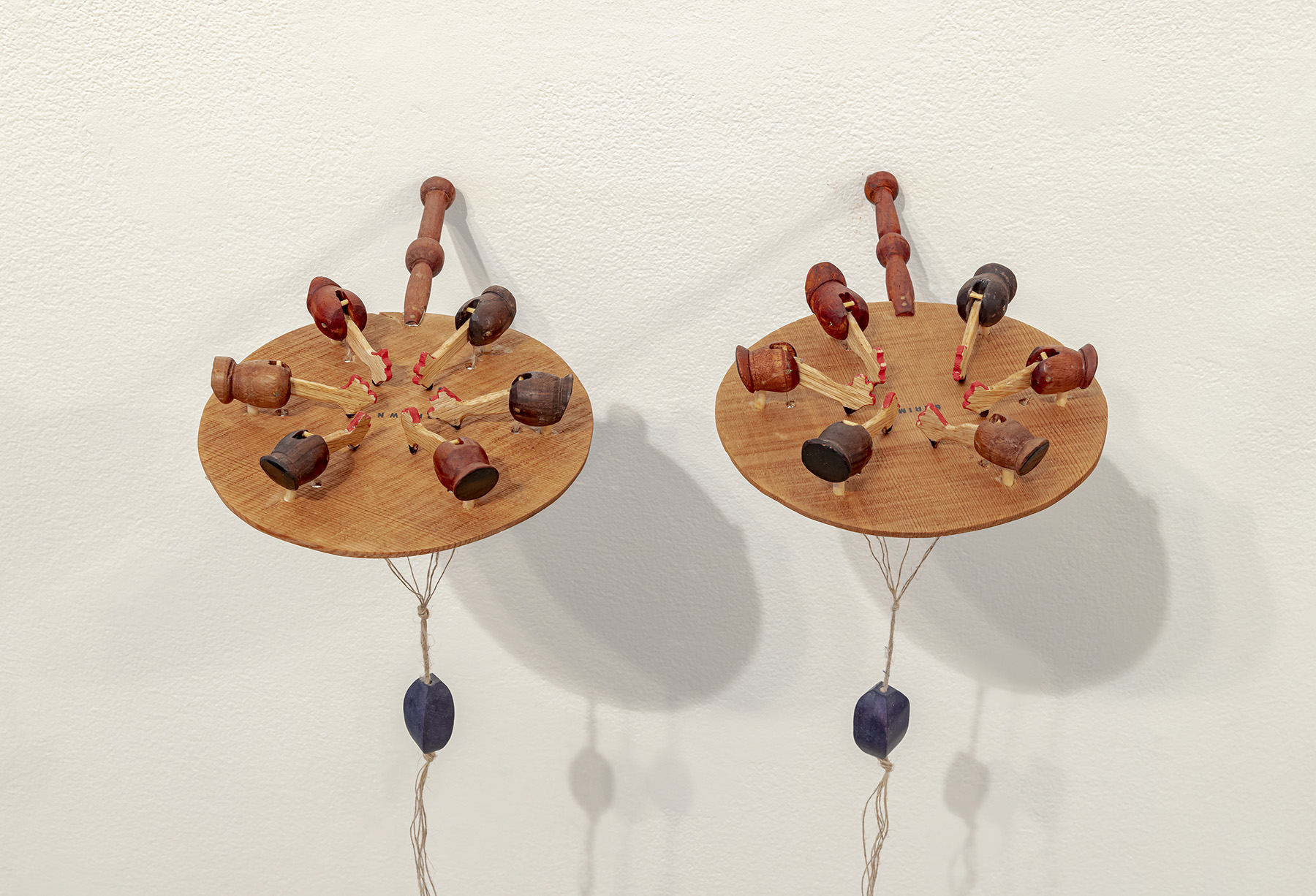 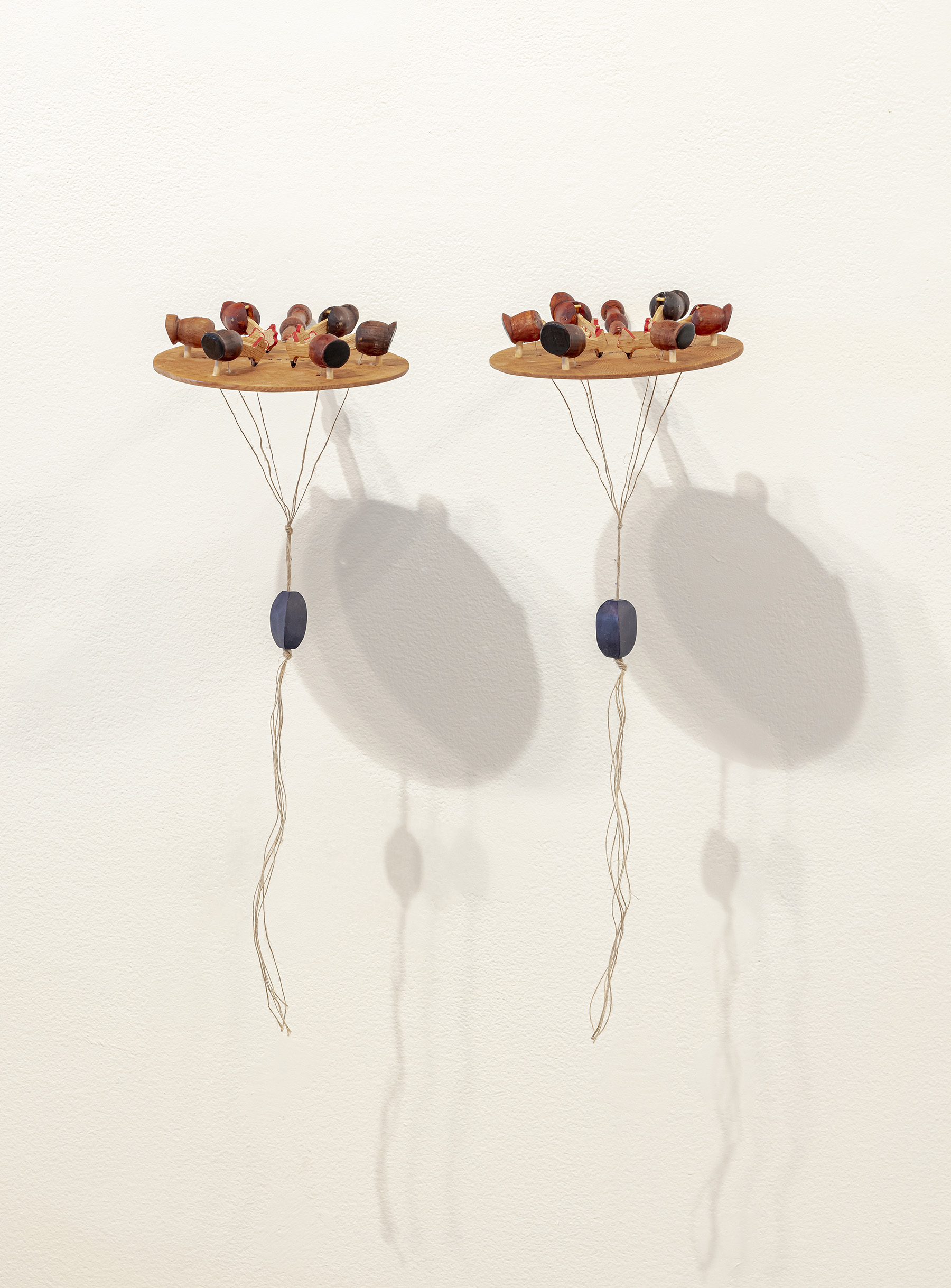 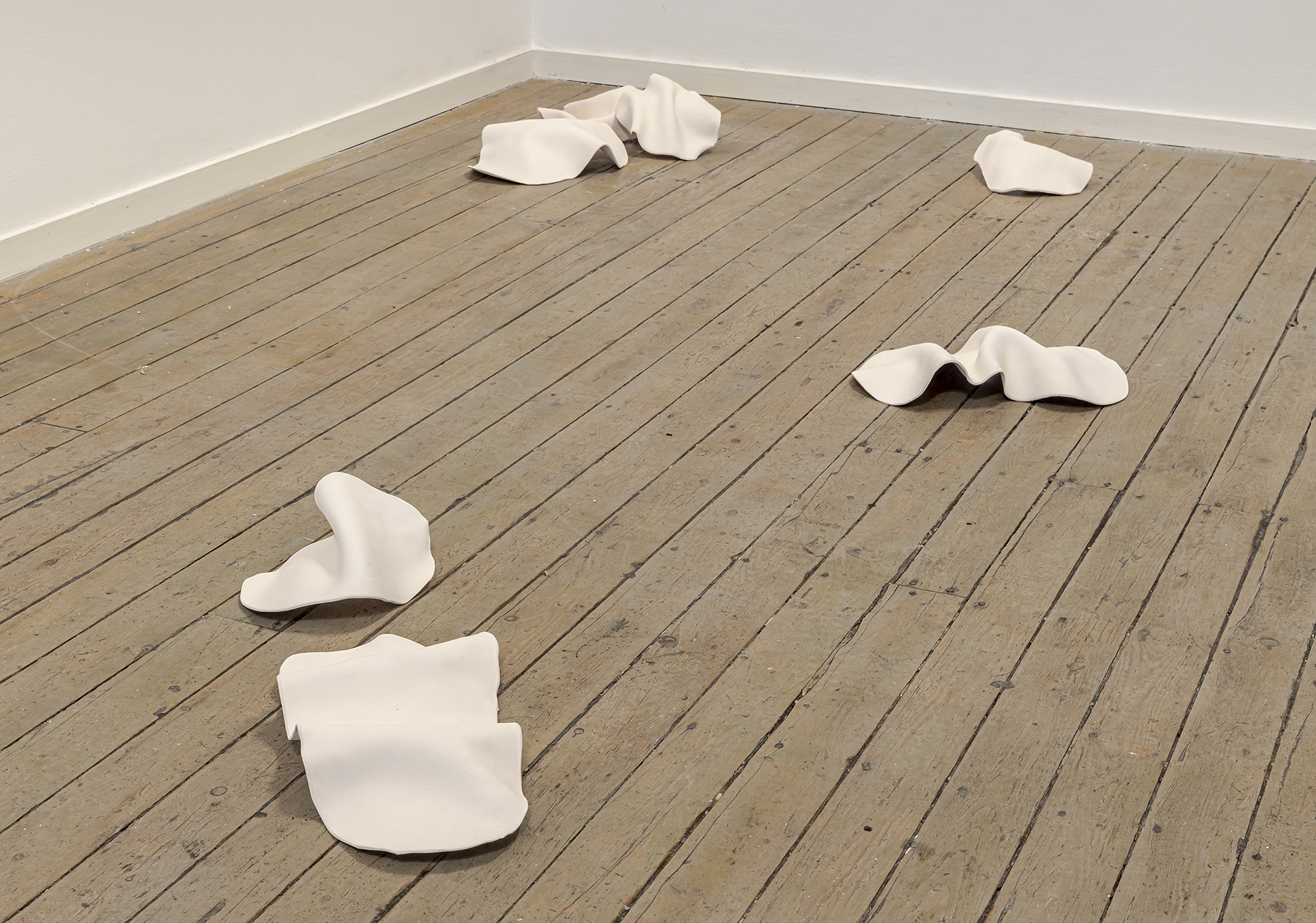 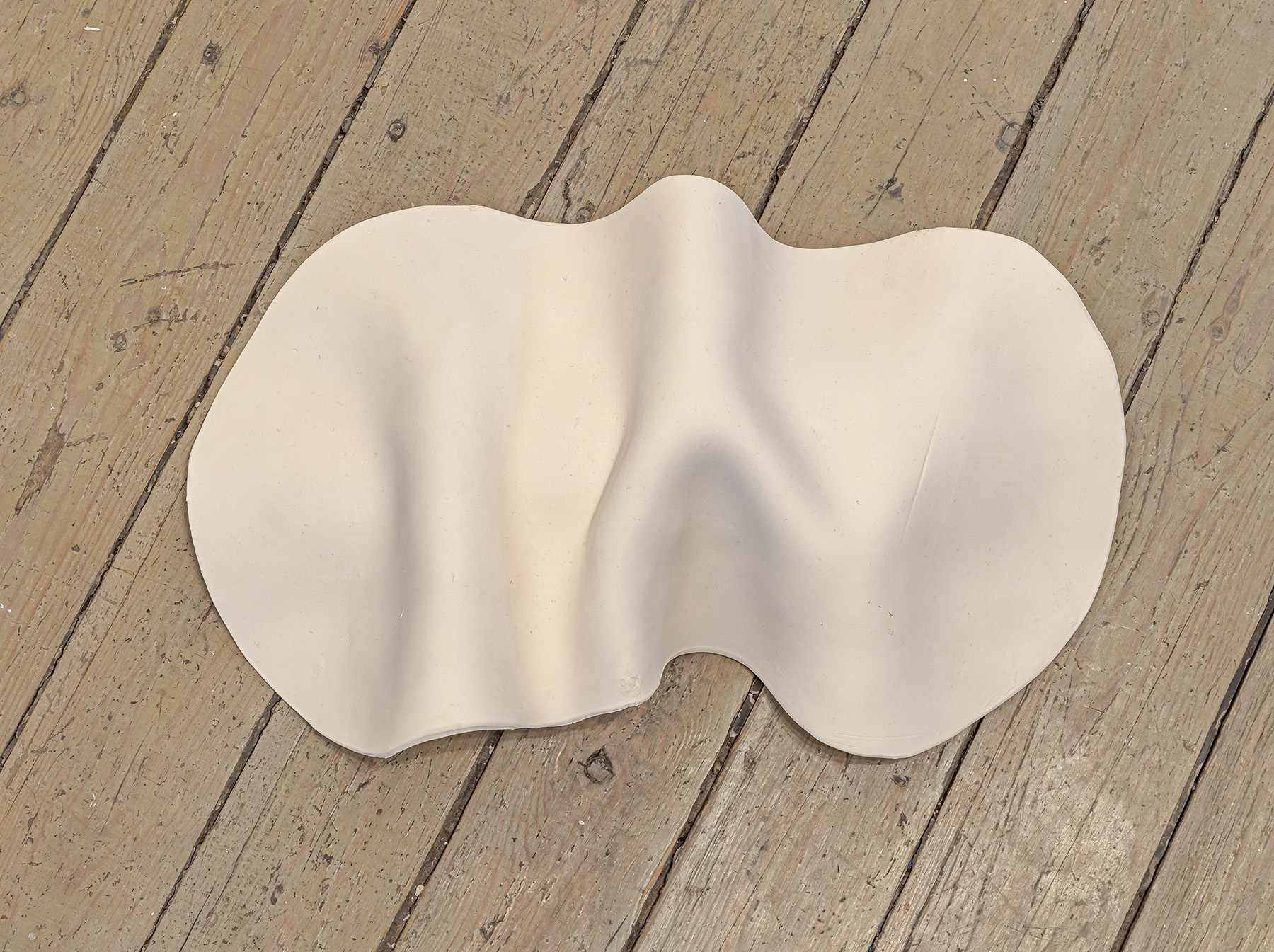 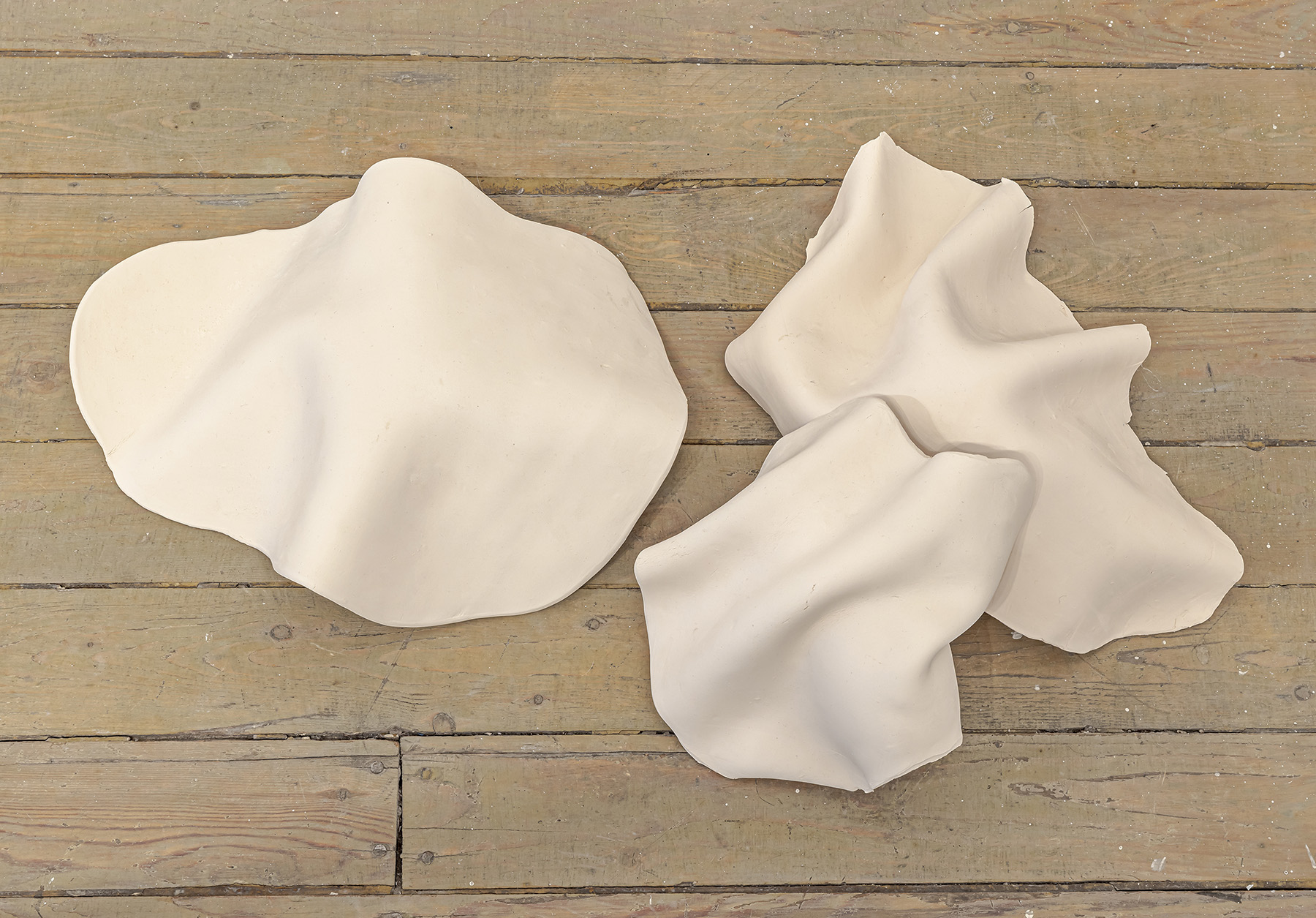 A way to communicate ideas without words is by giving many examples.

Farooq’s new project, I opened up the radio but there was no-one inside (2022), consists of a large collection of ceramic forms that move, like breath, through increments of expansion and contraction.

Stuart’s new paintings come in pairs. Each pair presents a distinct puzzle, observable through comparison. They take the framework of Bongard problems as their initial cue.

I opened up the radio but there was no-one inside (2022) took inspiration from Sri Ramana Maharshi’s ideas of the rising and subsiding ‘I’ as a starting point.

“...the ‘I’-thought rises from the Self or the Heart and subsides back into the Self when its tendency to identify itself with thought objects ceases. Because of this he often tailored his advice to conform to this image of a rising and subsiding ‘I’. He might say ‘trace the “I” thought back to its source’, or ‘find out where the “I” rises from’, but the implication was always the same. Whatever the language used he was advising his devotees to maintain awareness of the ‘I’-thought until it dissolved in the source from which it came [the Heart].”1

A typical Bongard puzzle presents two sets of geometric diagrams. There are six boxes on the left and another six on the right. The set on the left conforms to one pattern or rule, and the six boxes on the right conform to another. They have been used as a way to illustrate meta-rational functioning, or the ability to apprehend complex intersectional patterns instead of lapsing into either fundamentalism or nihilism. The solution to each problem requires a fresh approach; one solution does not equal the next. The tendency of the viewer is to enforce the previous type of solution onto subsequent sets of problems - if one set’s difference is numerical, then the subsequent set is approached with this pre-supposition. However, an entirely different logic could apply. The learning comes in flexing between frameworks for solving, rather than singular solutions.

Farooq ruminates on these ideas through the repetitive process of attempting to push down clay as it wants to cohere into tall and singular entities. The clay does not want to be flattened, small and made vulnerable but instead strongly stacked upon itself. No two forms are exactly alike. As Farooq succeeds in creating forms low and wide, failed attempts are also shared, intentionally leaving space for the potential of self (ego) to dissipate into the heart. The process is repeated in a cyclical motion, like breathing or an egg cracking.

Stuart interferes with the rules of a typical Bongard problem by bringing in representation and colour. This calling up of context through mimesis and materiality parallels the pressing task of reconciling the mess of real life with the desire for whole, tidy solutions. This introduction of the contextual, the associative, and the referential suggest solutions that are temporal, cultural and relative.

This pairing emerges first through friendship, second through kindred material sensibilities, and third through ongoing conversations about how their meditation practices intersect their studio work. Mutually felt is the desire to learn along the grey path between the grinding, material politics of these days, and a more ecstatic, expansive space that invites compassion. This path is not dissimilar to the one found between Mind's clear projection of an artwork and what Hand will ultimately make; full of doubt, tender shepherding, transformation and compromise. These objects and pictures are neither pleasurable escapes nor bottom lines, but importantly, political, given how intolerable uncertainty feels nowadays. Shared between Sameer Farooq and Beth Stuart is the aspiration to tolerate difference without generating opposition.