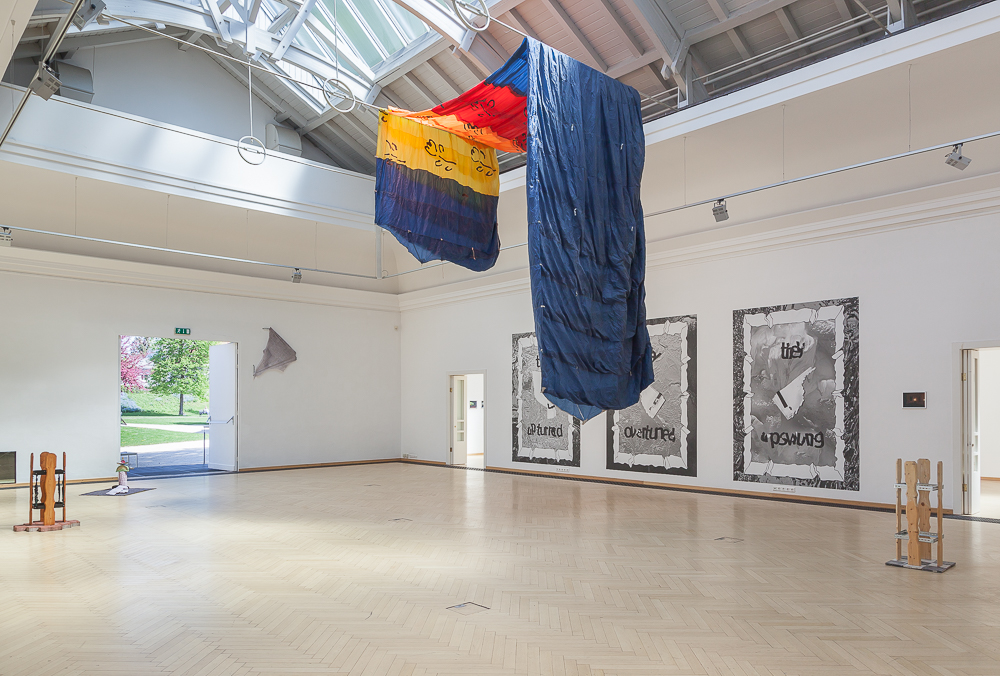 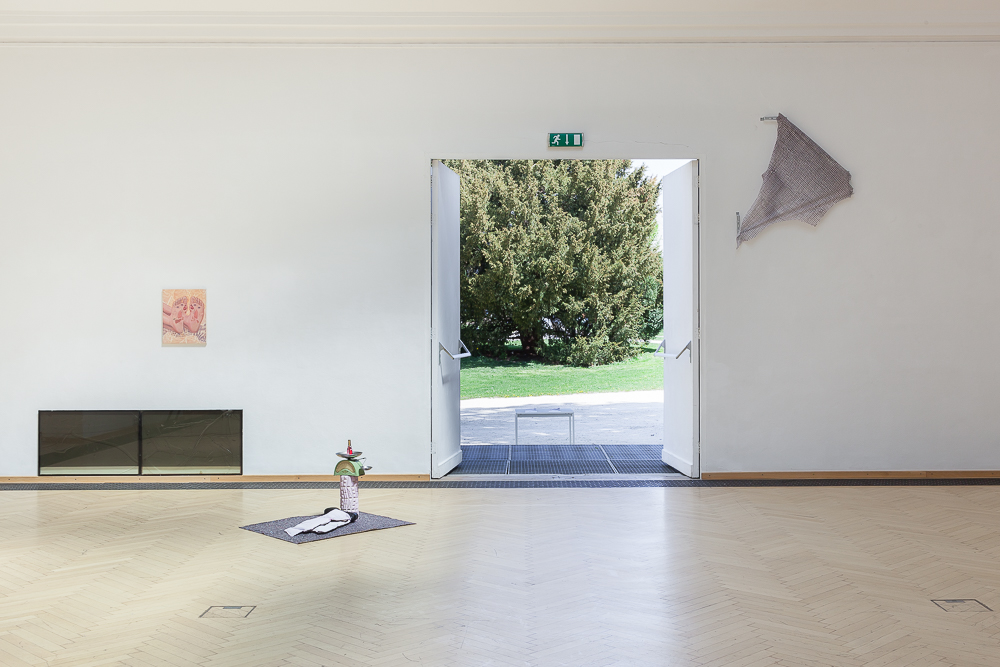 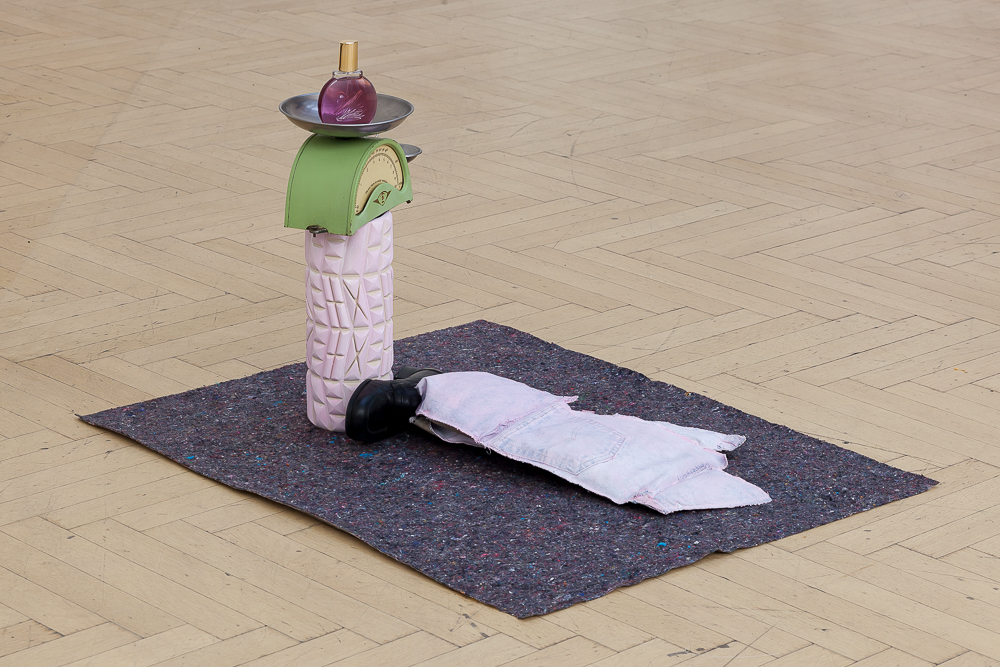 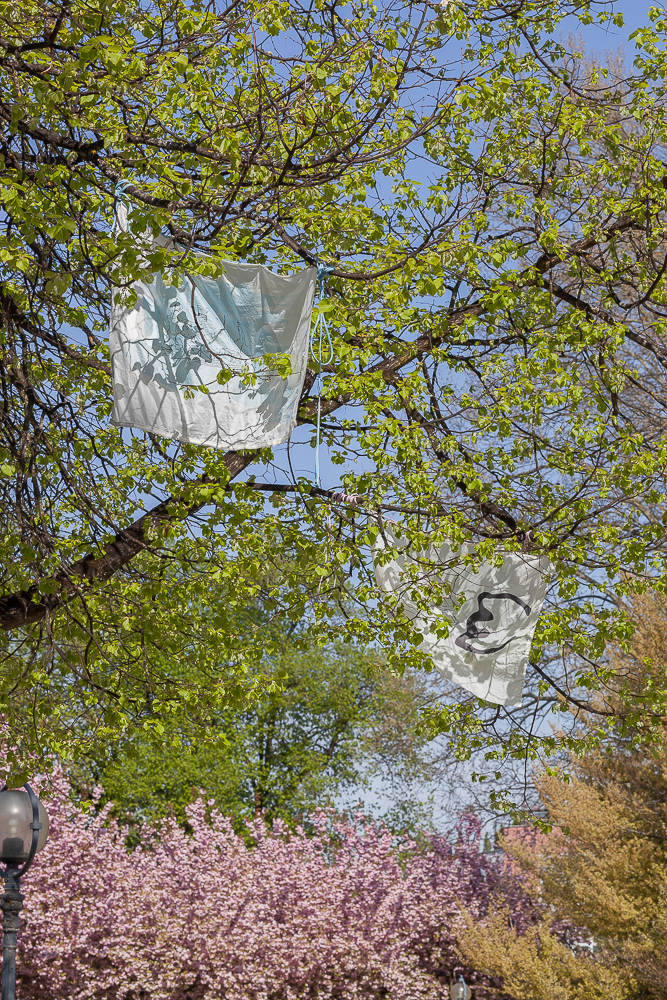 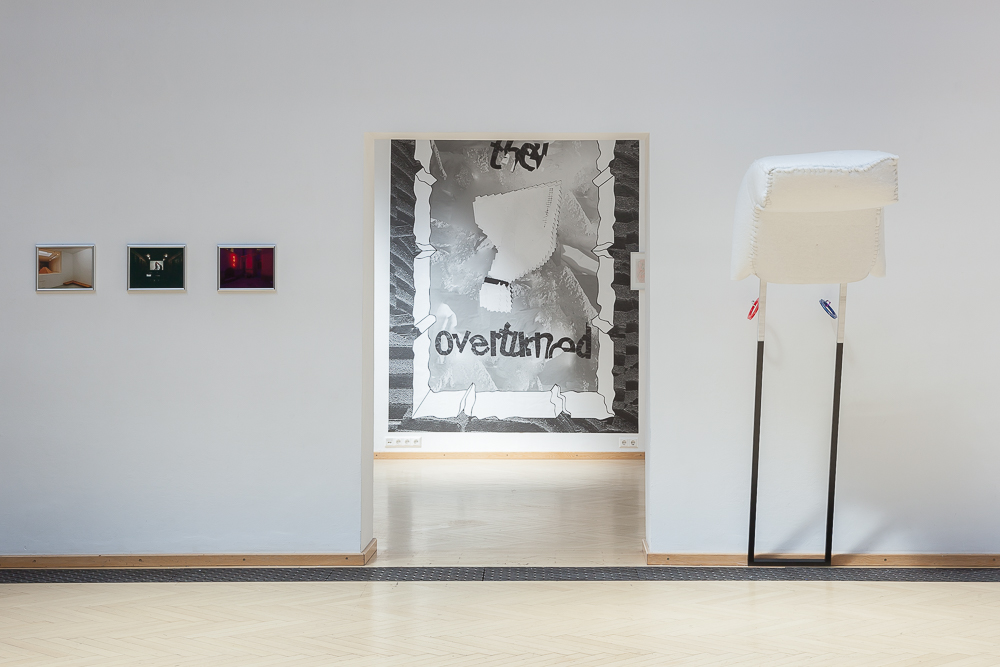 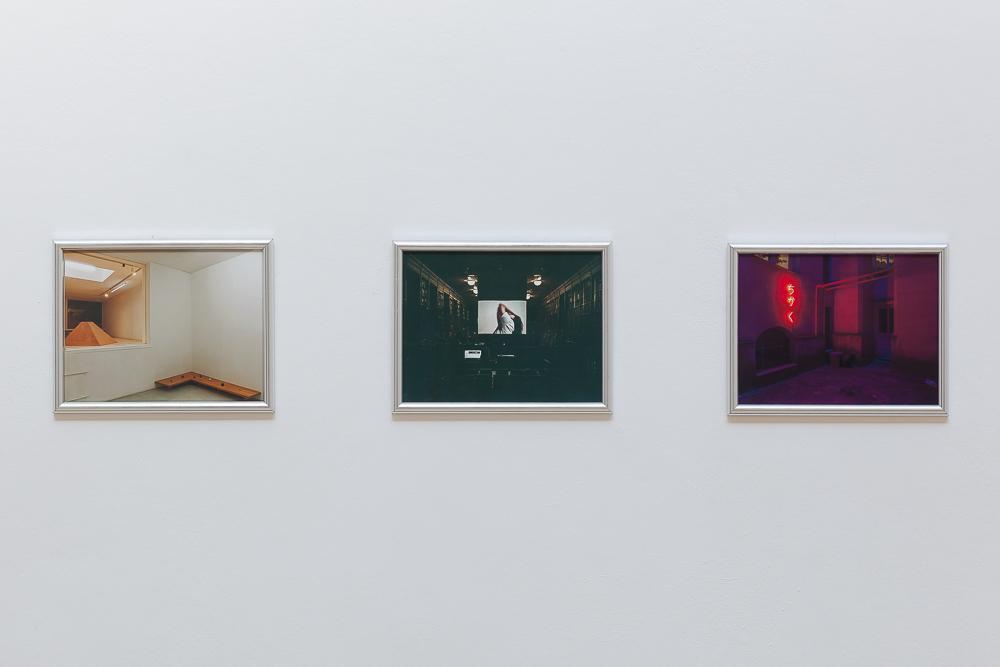 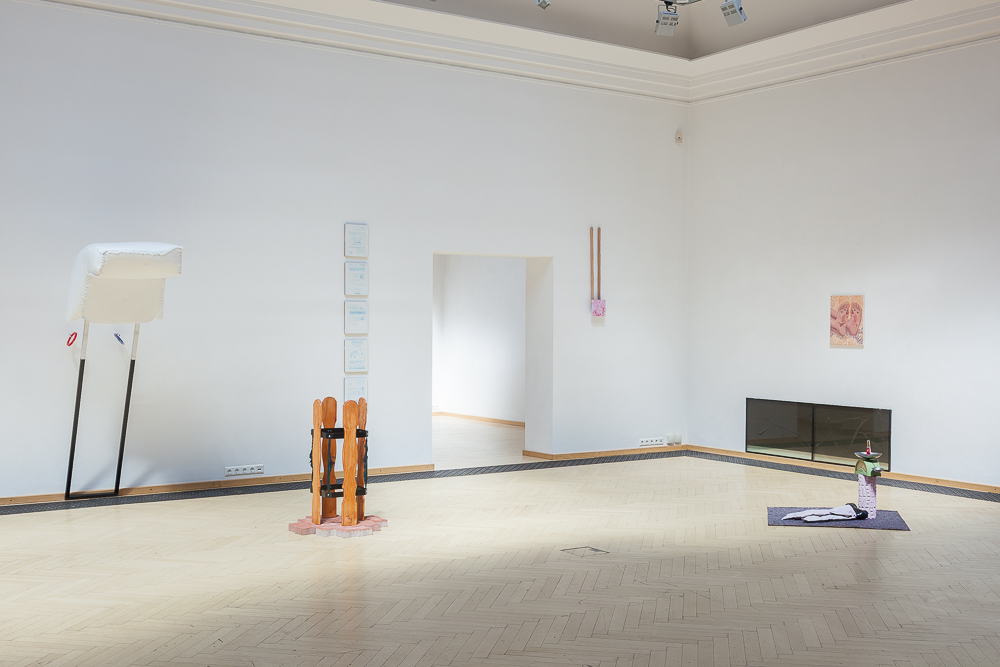 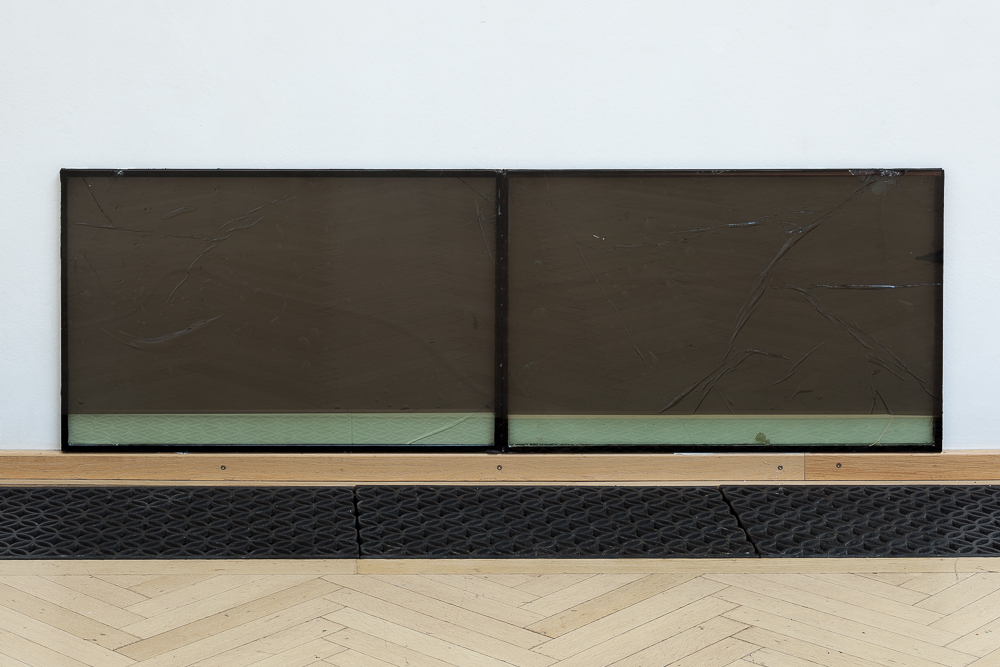 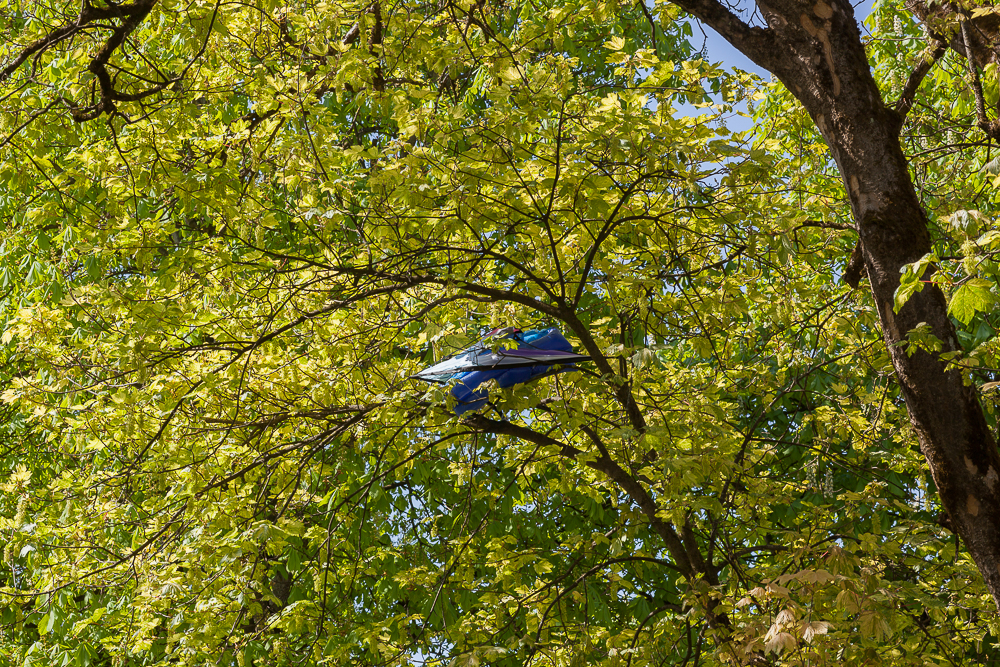 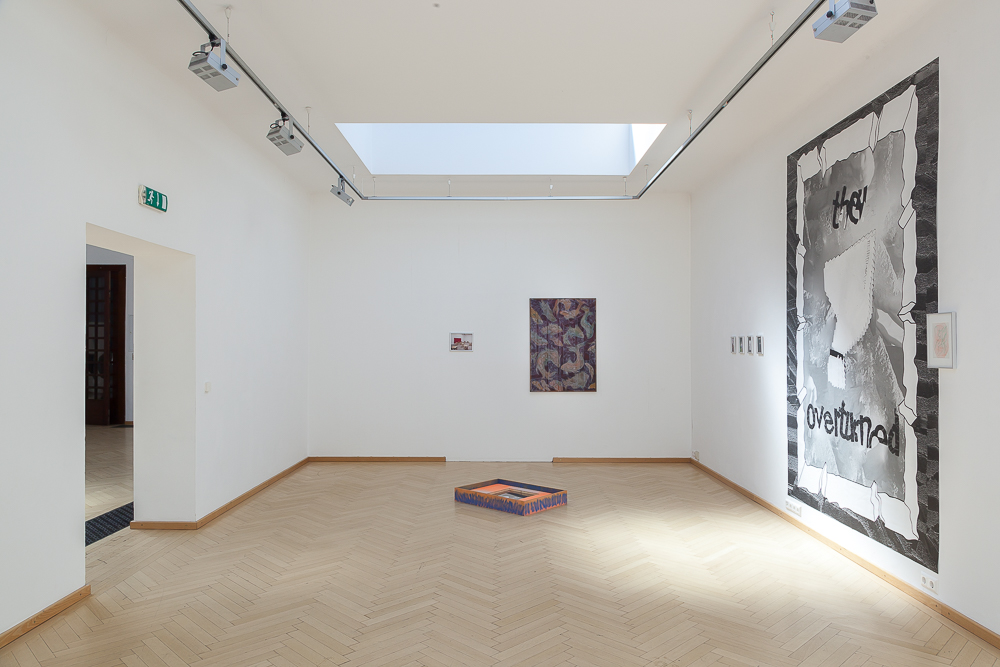 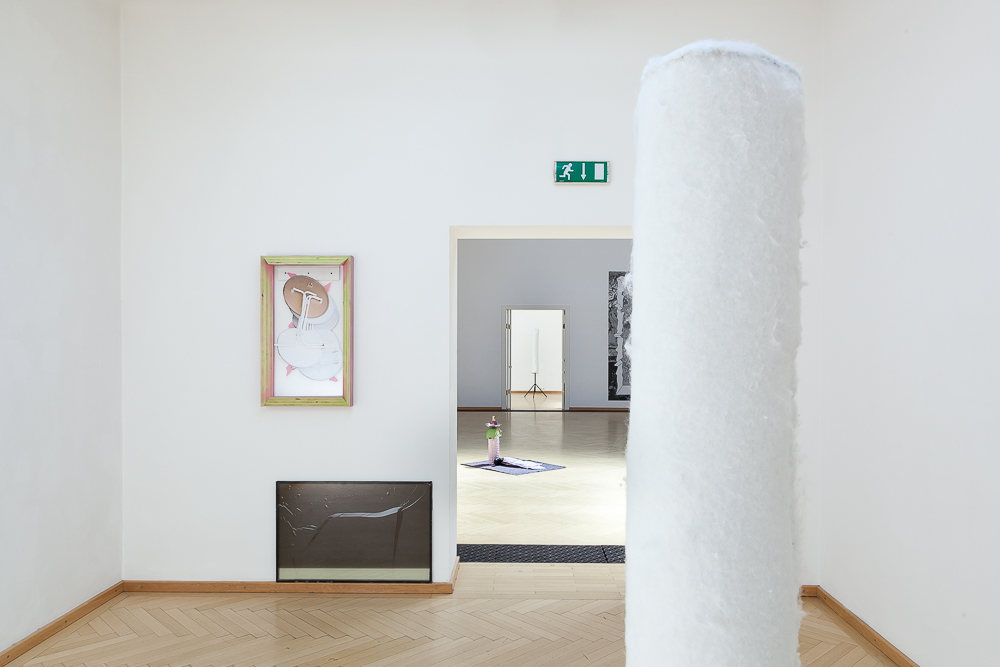 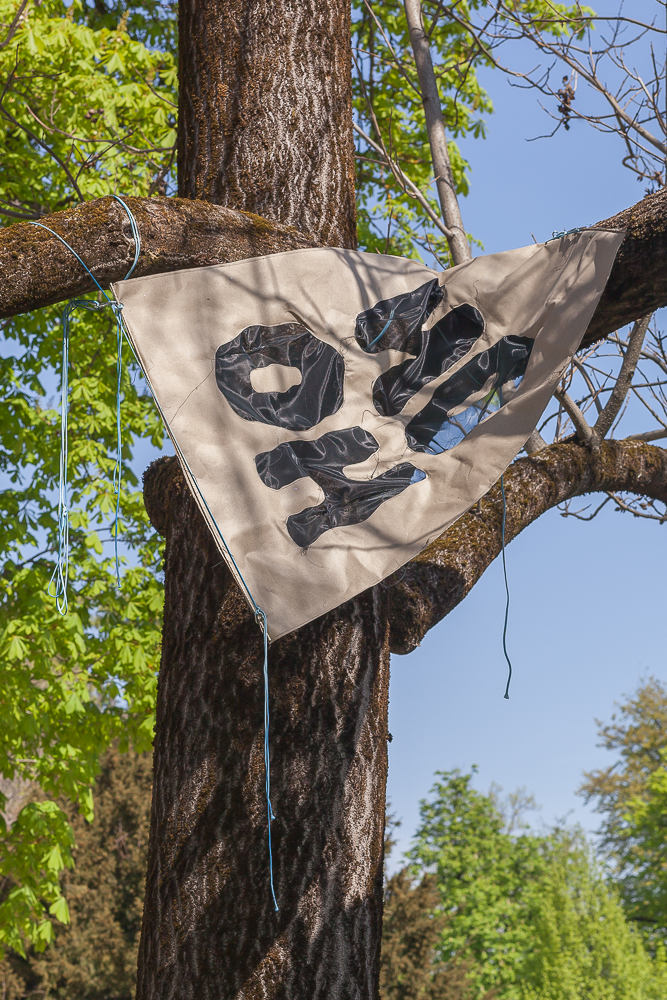 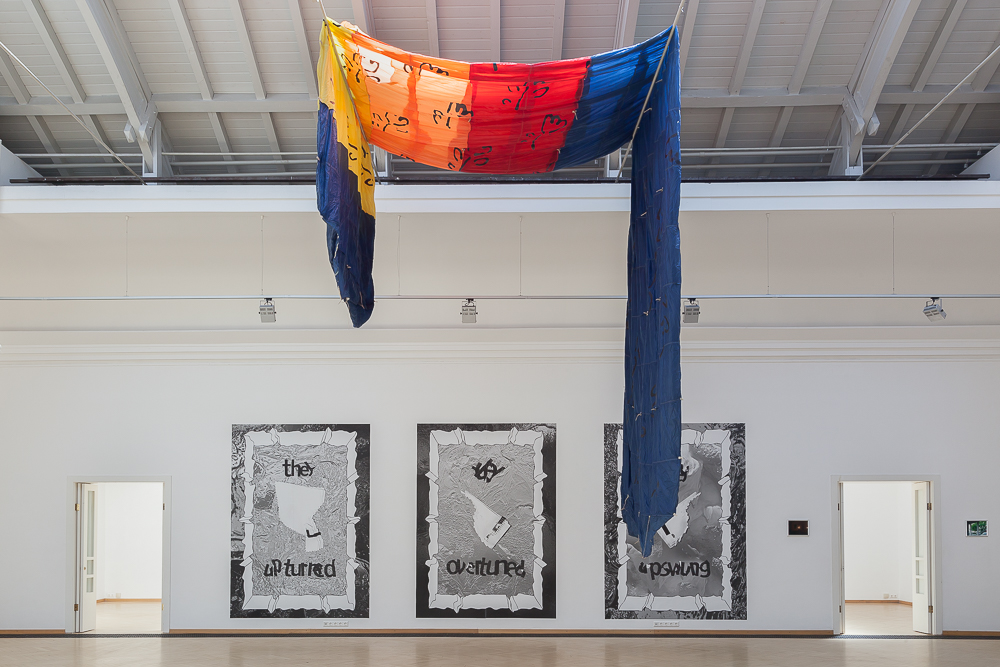 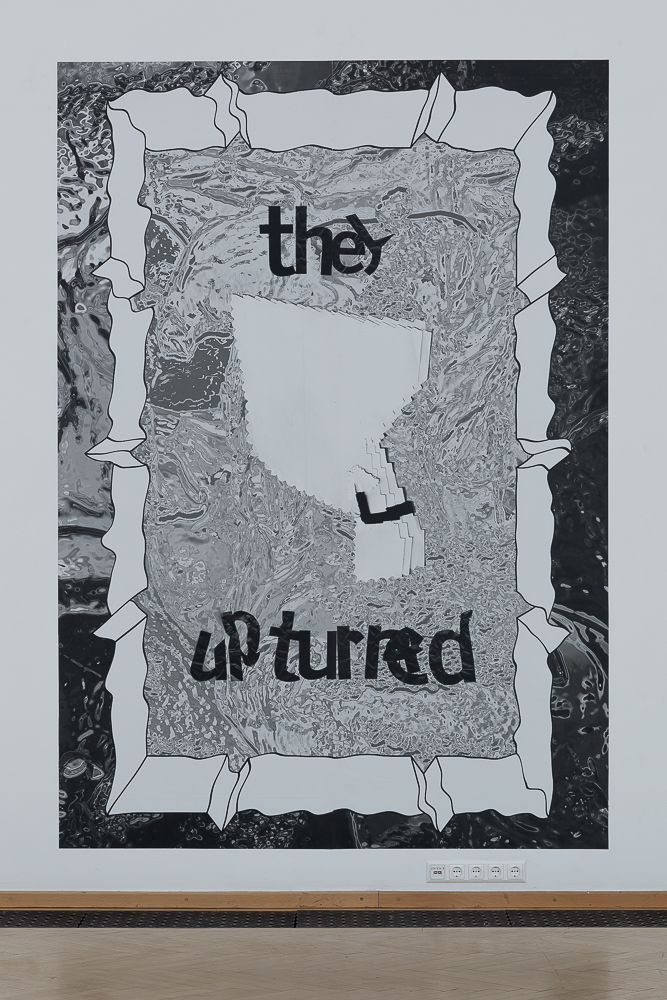 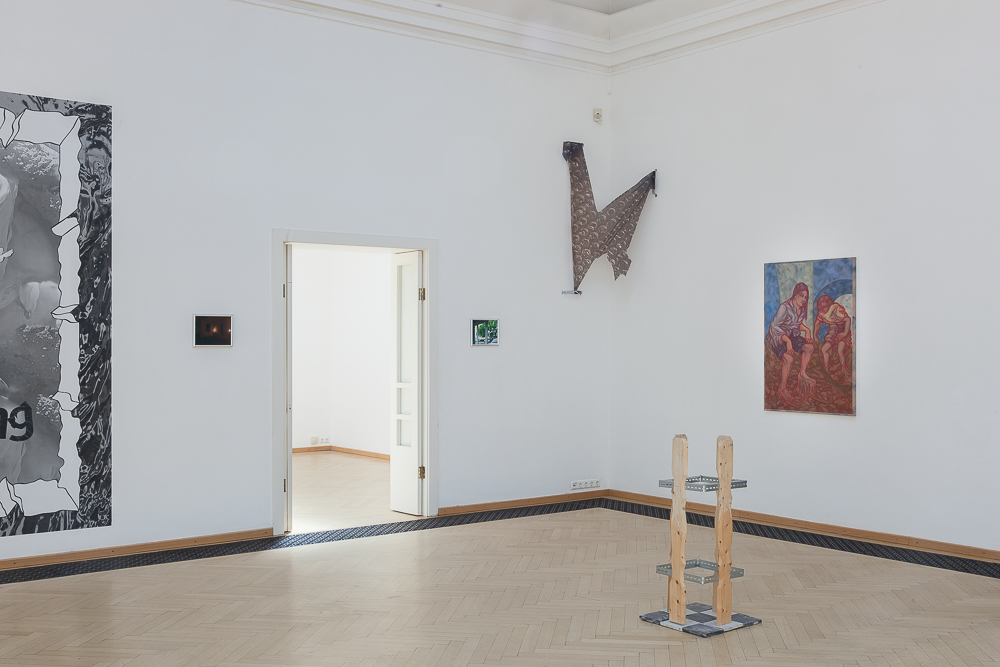 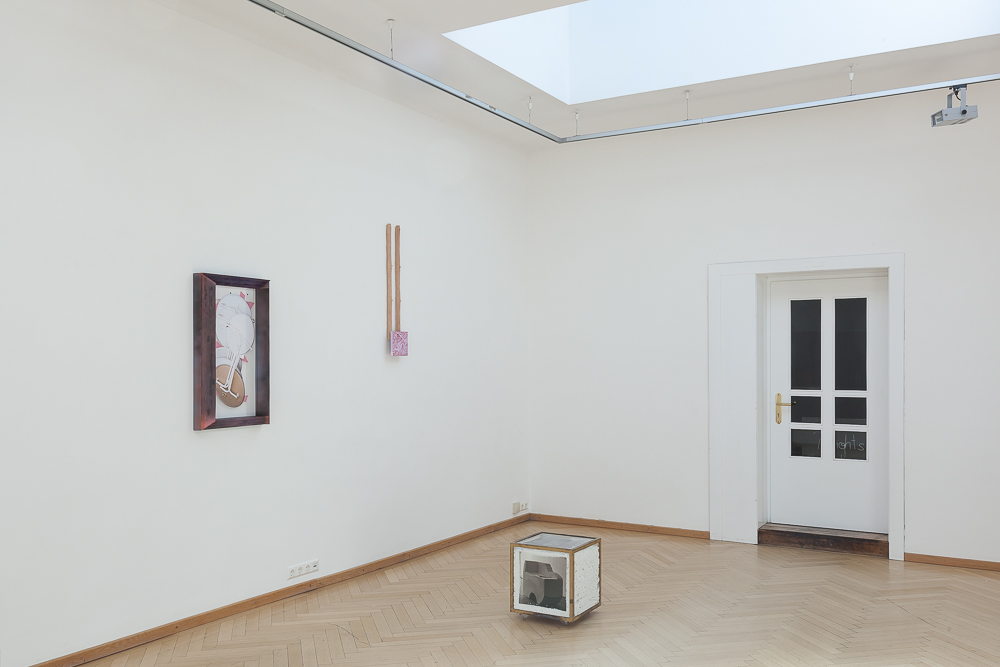 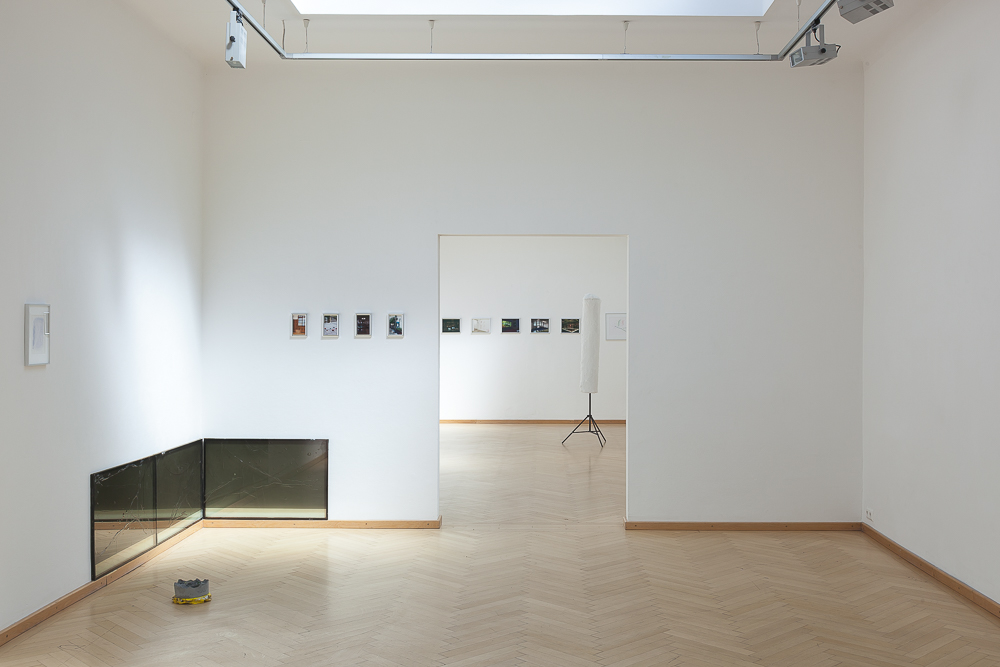 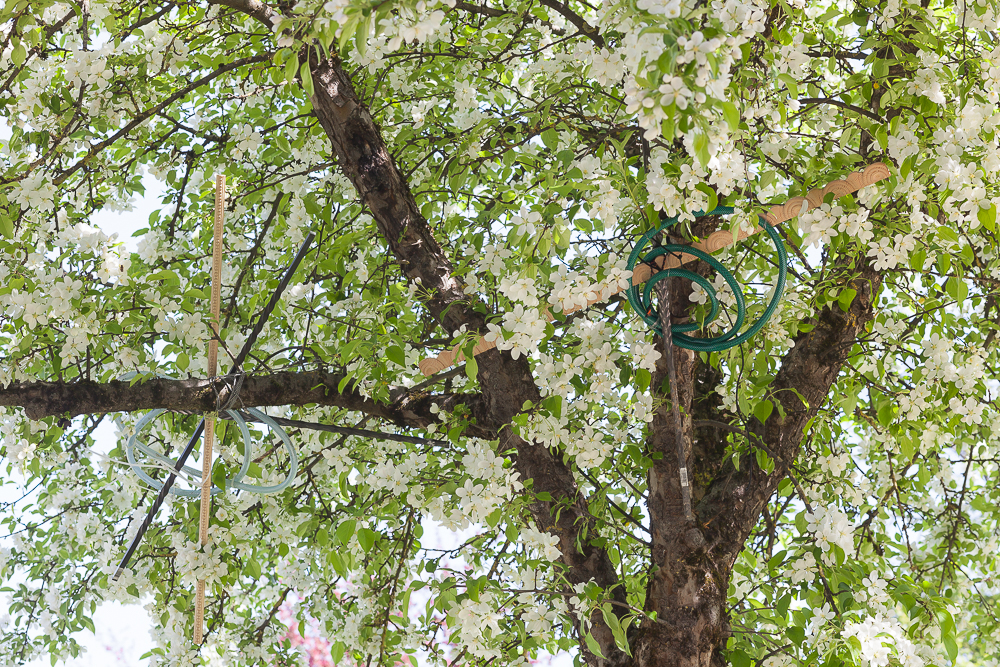 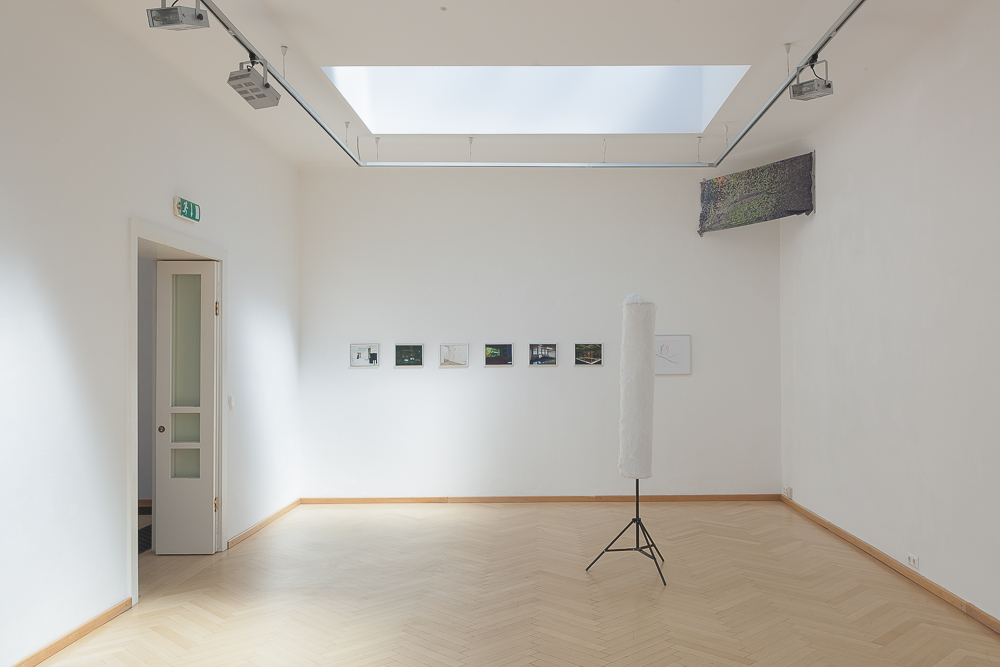 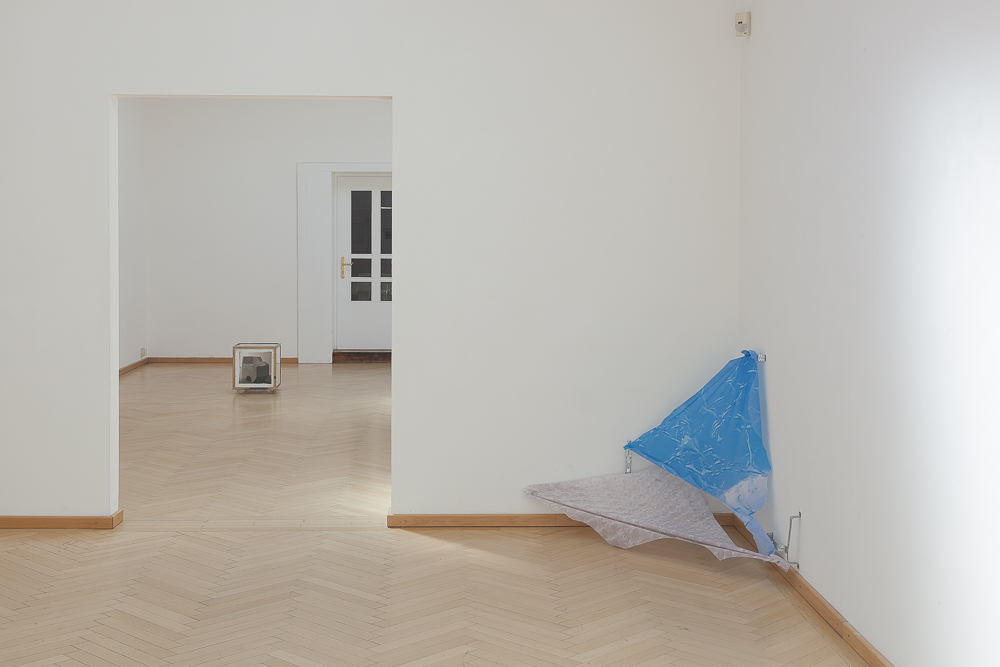 in the European region. Above all, the formal-aesthetic similarity of the roof construction of these buildings stood out: the windowed gable roofs of the early industrial building resemble flying objects in the structure of their appearance, which we commonly refer to as kites. The reason for the preoccupation with kite flying within the narrative of this exhibition thus arises from the interpretation of this architectural feature. In the conception of the exhibition, the structure of the flying kite served as a metaphor for staging the fragility of (artists') positions in the context of an exhibition; and this is not least because it is a function of an art association to support artists in their careers, so to speak, with a little upwind.

Stafett is an unstable situation, similar to a contagion - more than a collective, it rather behaves like a sports team. Inevitable influences and potential imitation within the closely interacting group are desired. Stafett's modality is based on the fluidity of authorship and assimilation, considering the common means of expression, the art exhibition, as speculative as well as transformative and organic. Each collaborative act of Stafett is preceded by the impulse to play with the format of exhibition installation. Through this Stafett shakes up the usual structure of differentiation in an artwork’s representation.

Stafett consists of Minda Andrén, Jennifer Gelardo, Flavio Palasciano, and Alexander Jackson Wyatt. In a dialogue between the artists' respective approaches, the exhibition functions as an aggregate for the transmission of ideas and works, in which the grip; and the offer of handing over and accepting an object - has been developed as their fundamental scheme. Stafett focuses on exploring the boundaries and possibilities that exist in the dichotomies of public and private or individual and collective.

Andrén transforms the original images into playful, complex compositions that shift their original connotations to ask questions about what happens when image flow, meaning, and interpretation intersect, playing with the temporality of digital media and the supposed static nature of painting.

1985, US-America. Lives and works in Vienna and Frankfurt.

Gelardo’s concern is to explore the spectrum of historical and cultural notions of exclusion in group dynamics, through which she creates video and photo documentation for the observation of group structures, which are activated with performative sculptures to explore psycho-social conditions of (exhibition) situations.

Palasciano writes scripts in the form of sculptures, installations, photographs, and drawings that explore the nature of contemporary myths, cultural identity constructs and economies of authenticity as market value for their legitimation.

Wyatt's spatial and interdisciplinary work, often resulting in sculptures and installations, combines painting, text, photography, sound, and video. Through this, he intertwines fictional and anecdotal narratives alongside modes of abstraction as materials, history and objects are formed.