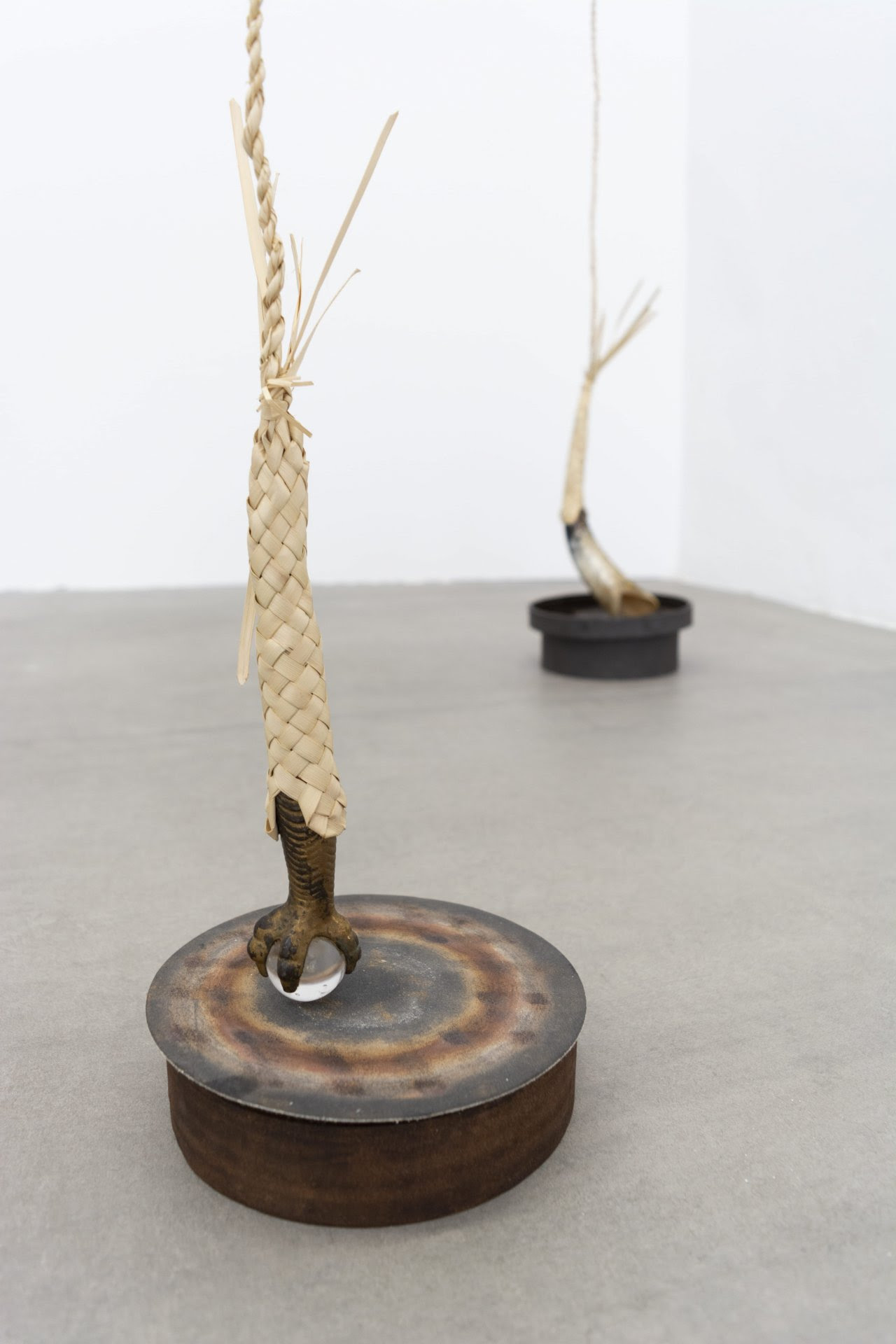 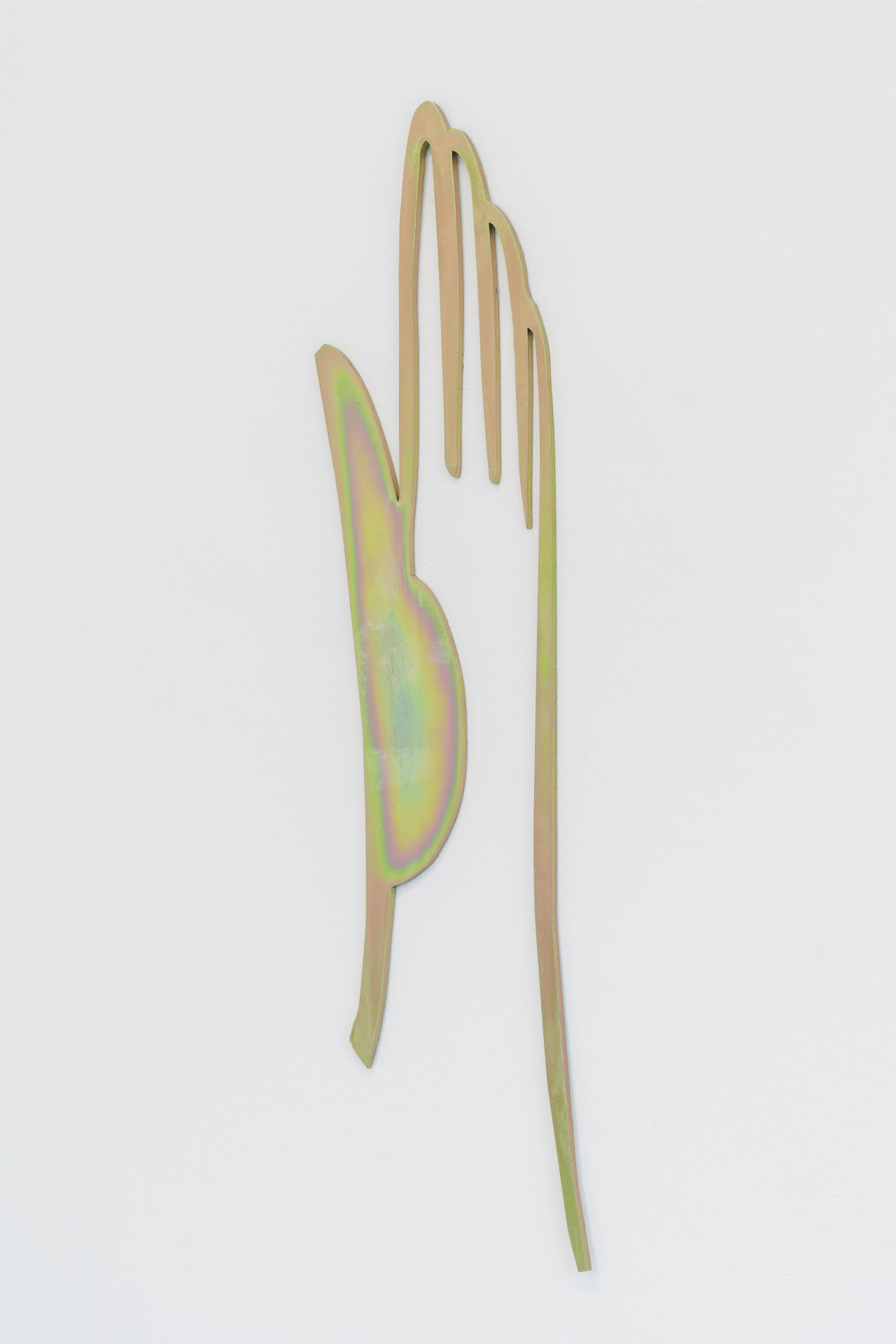 Aural Gesture is a double solo show by Andreia Santana (1991, Lisbon) and Dalila Gonçalves (1982, Castelo de Paiva, PT), hosted in the space of UNA in Piacenza. The exhibition brings together a series of artworks focused on sound, materiality and its transformation, establishing an in-depth dialogue between the two artists and their shared interest in objectuality.
The relation between sound and matter is something that has long been present in Andreia Santana's work in a tangible way: the materials and dimensions that the artist manipulates are typical of a factory environment, where the hard work of manual labor and machinery is punctuated by the sounds of the mechanical repetition of object creation.
By complexifying the reflection between the movements of sculpting and the movement of musical inscription and conduction, the hands — which Santana gracefully sketches in Sonic Materialities series— are the tactile medium that produces both the hardness of the object and the lightness of its sound. Santana's sculptures are visual artworks that transcend their visual nature and overcome sonority, entering the body, beyond preconception, as an ethereal entity. To gaze at those outlines that cast intervals in space is to glance at an intermittence between the visual and the sound sensation, either potential or already experienced, or rather, at the potentiated silence that forms one of the most remarkable moments in the history of music.
Dalila Gonçalves’ work involves a process of dissection and discovery of objects and materials in all their layers, describing an unfolding of their plasticity, history, and function. Collecting and reorganizing everyday objects and materials altered by industrial, natural, chronological, and atmospheric processes, the artist emphasizes their singularities by continuous experimentation and, engaging them in dialogue with other objects, creates new narratives that can be documental or fictional and surreal.
In Atrapasonidos (Sound Catchers) series, Dalila combines different elements like animal atrapanovios (traditional Mexican handcrafted palm), claws and crystal balls used as old pianist benches, horns carved like birds or fishes, used sandpaper from carpentry shops, and water to create unusual musical instruments. They are utopian and poetic instruments that promise sound without producing it so that throughout the installation one can then feel the sound without hearing it.
In Aural Gesture, the interval operated by the dialogue between the artists - both in space and time - and the absence of action and musicality performed by the materials on stage, puts us in an introspective mode touching our bodies and suspending them in a complete haptic experience.