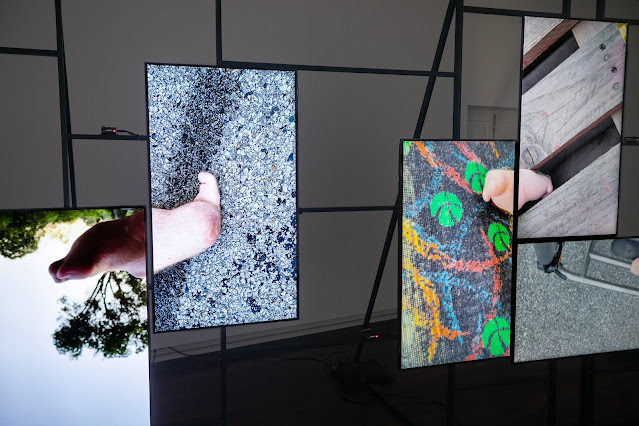 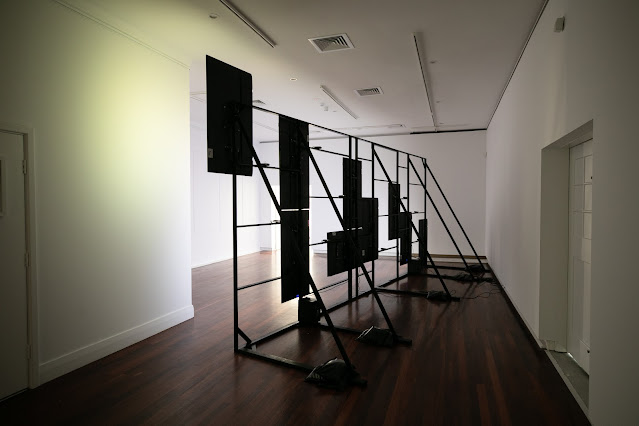 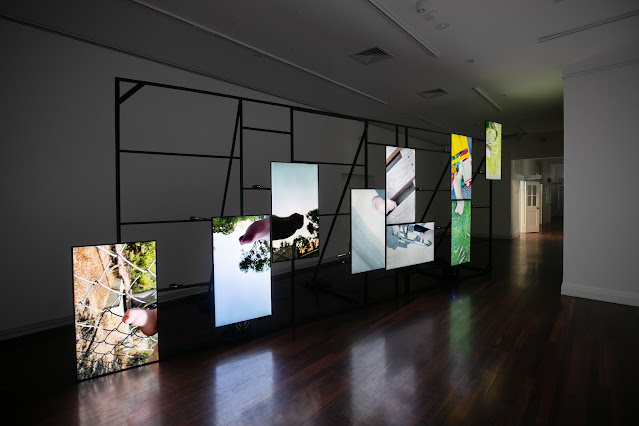 Body Shots is a 4k, nine channel video installation with sound work. Each of the nine videos are nine minutes long and play on a loop. The content of the videos show candid views of the disabled body – juxtaposed with familiar landscapes and scenes. A foot that looks like no other lies on a bed of green grass, a knobbly, scarred knee rests on a sandy beach gently washed by the tide. These views link across multiple screens, forming new and unusual bodies that float in space, quietly moving and unapologetic in their existence.

Disability is not a sexy adjective. The word itself conjures up images of hospitals, of concessions made and of thoughts of what could have been. As a child in the 90’s, disability was absent from the media outside of the Paralympics and the occasional human interest story. The closest thing disabled people had to counter culture role models were characters in cartoons. Mutants and the misfits in these animated worlds had super powers and were loved not in spite of their differences but because of them. It can be argued that we’ve progressed and these days there is a much more nuanced idea of what it means to have a disability. However, the word is still there and still evokes those same thoughts of pity, fear and unease.

Body Shots seeks to address these issues by confronting the audience with the disabled body in extreme detail, forcing them to recognise the beauty created by such unique forms. The work is an extension of the themes the artist has been developing in their practice over the last three years.

The number nine is a reference to the 9% of visual artists that identify as disabled - it is used throughout the exhibition to draw attention to this woefully low statistic. Across our population as a whole roughly 20% of Australians identify as having some form of disability. Why is there this gap in an industry that prides itself on equity and inclusion? Where are the other 11% and why is it that disabled people are under-represented in contemporary practice?