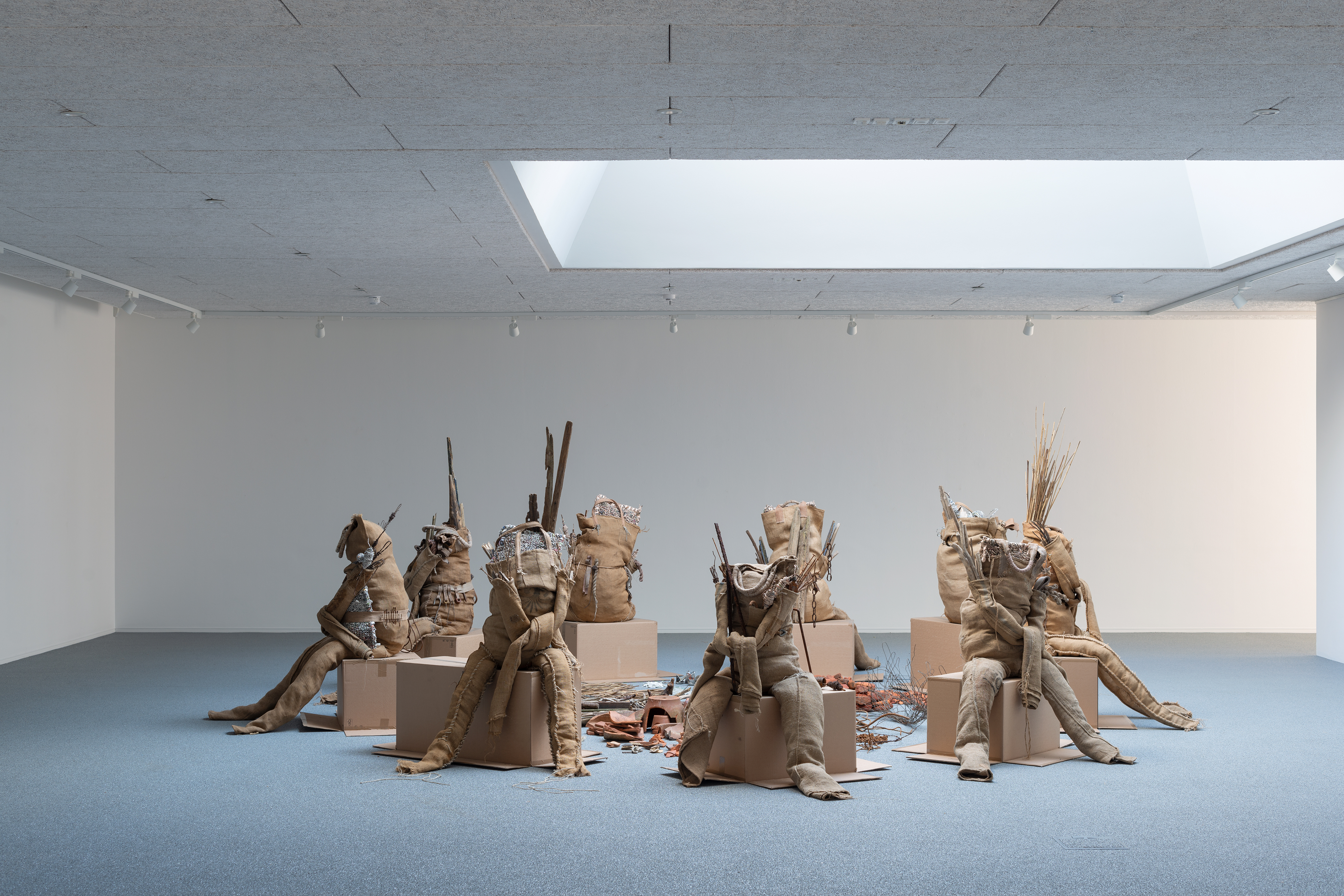 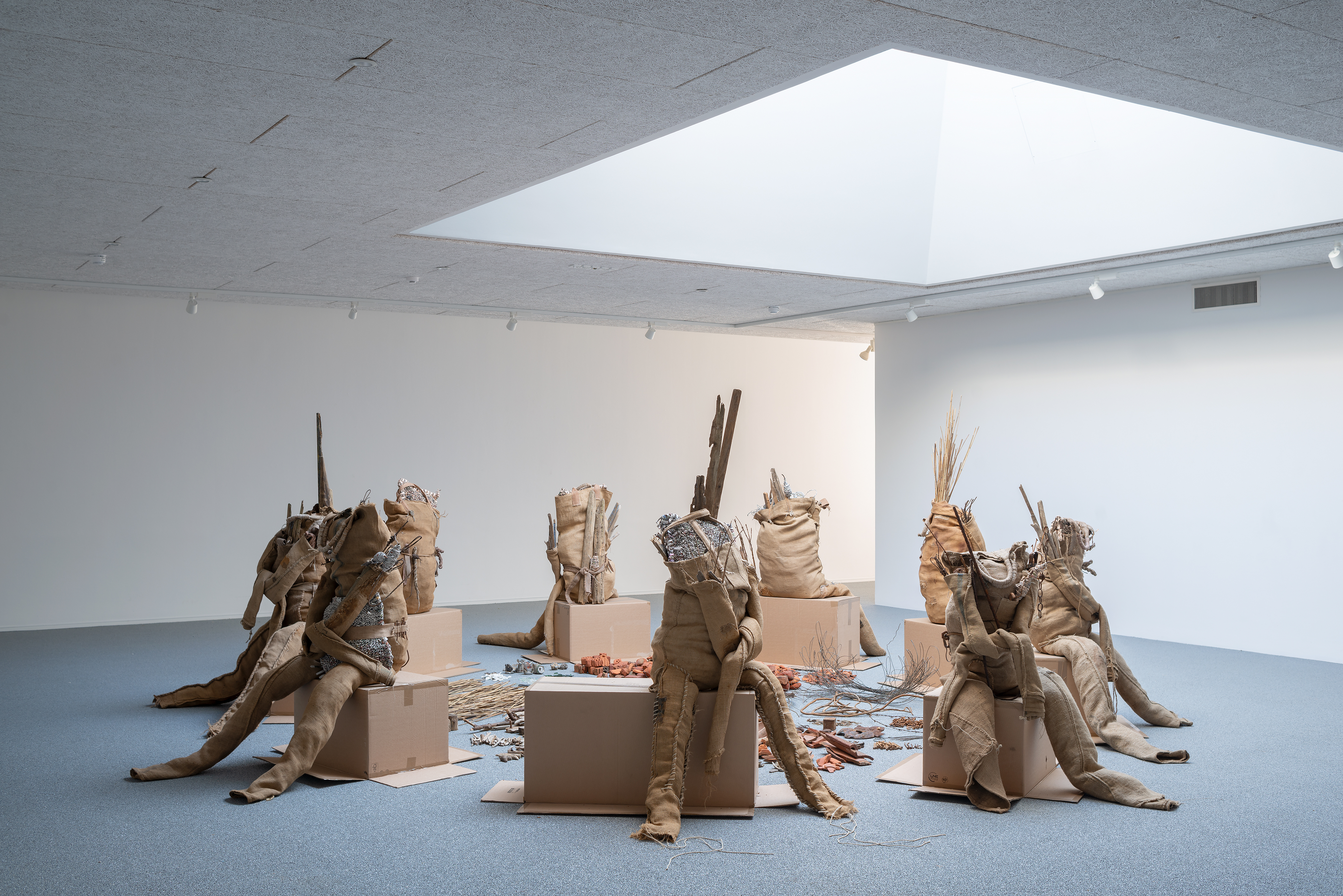 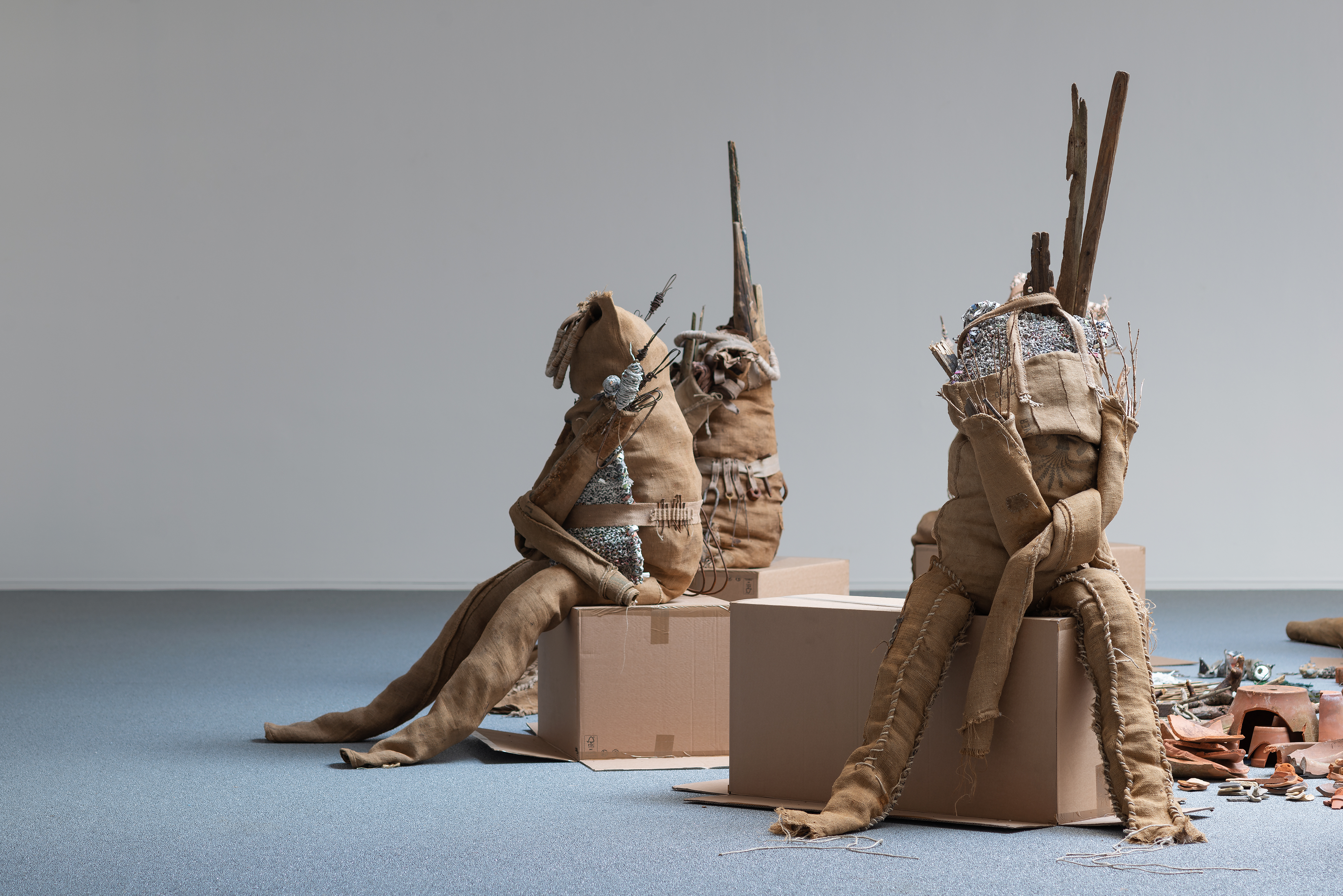 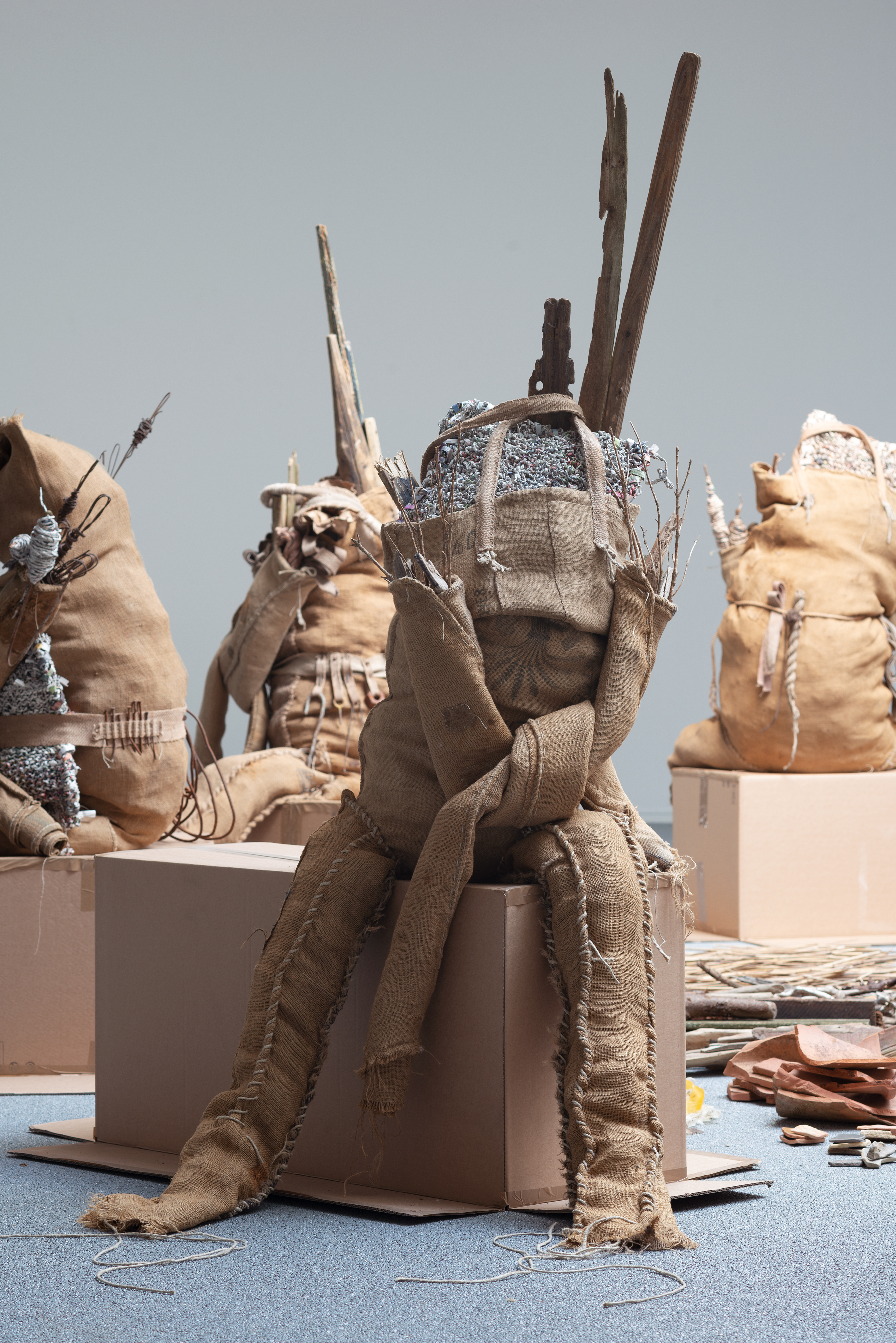 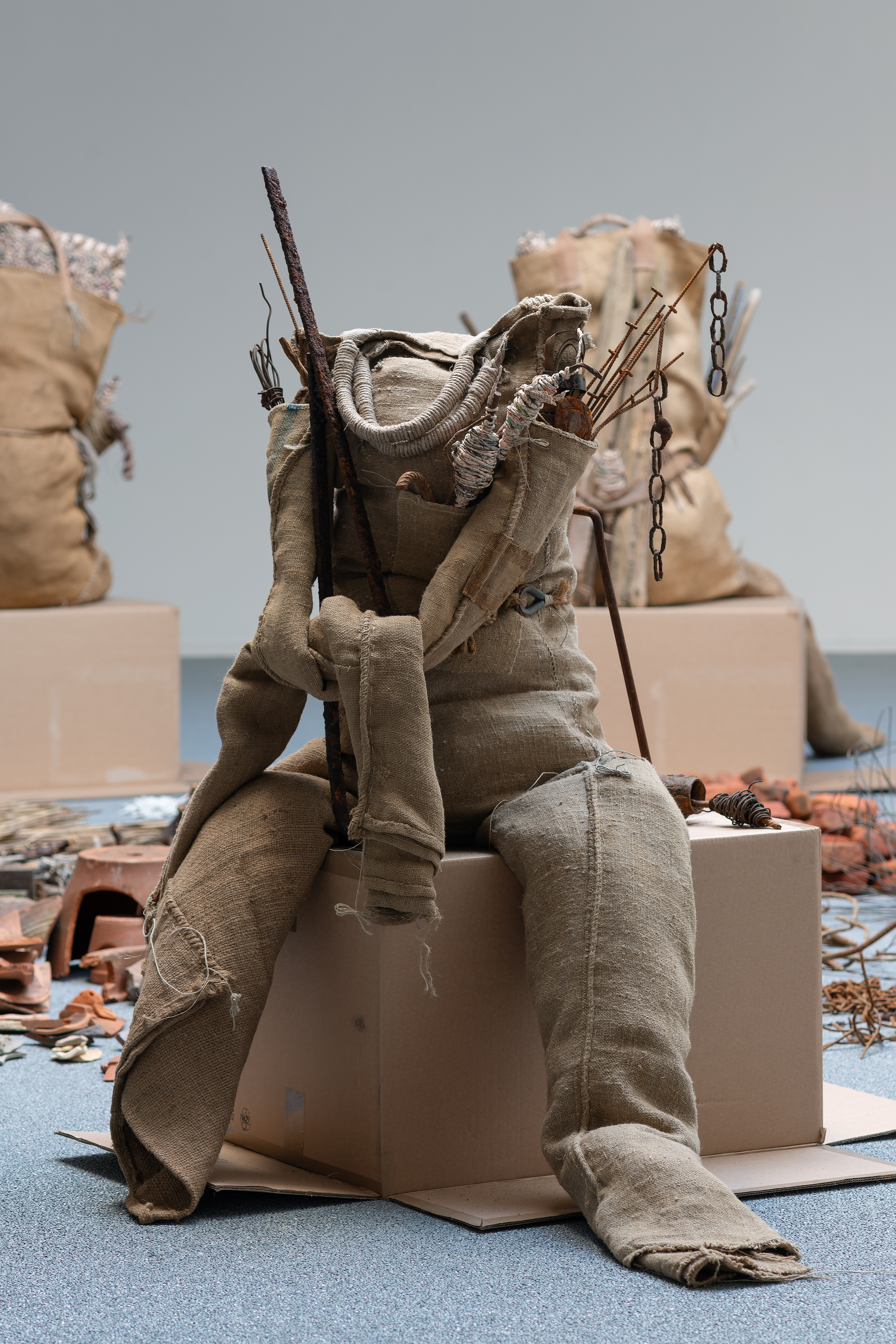 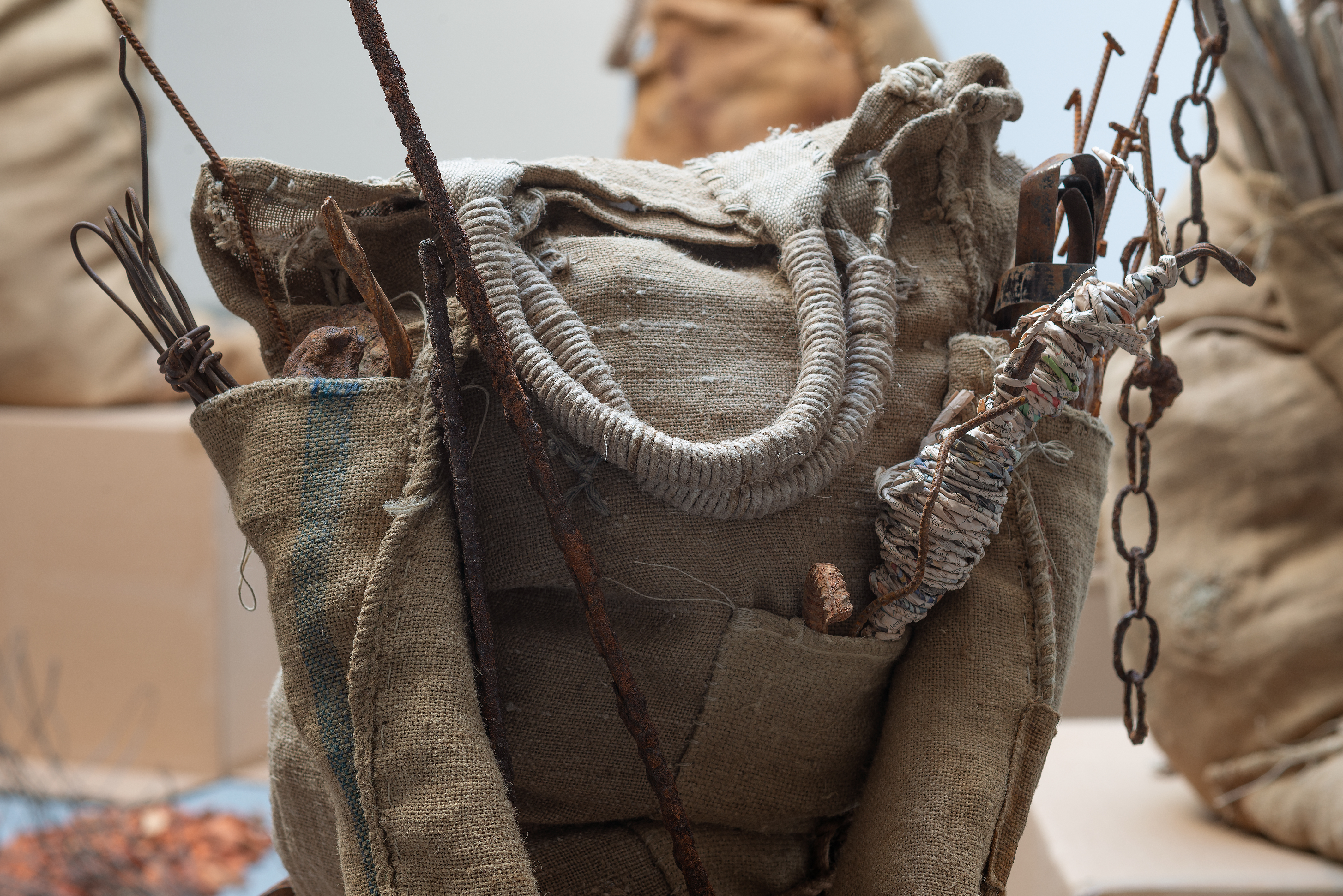 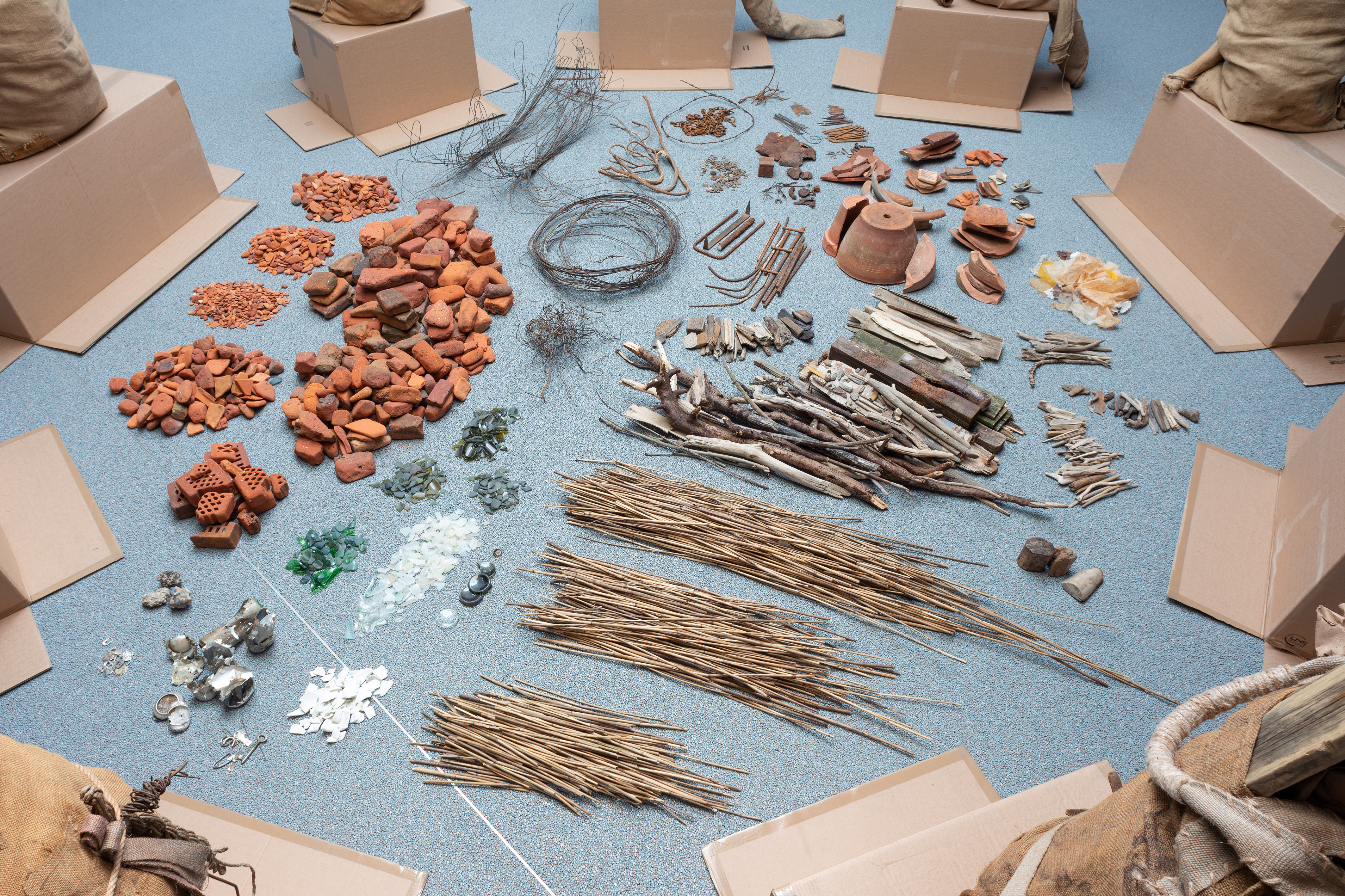 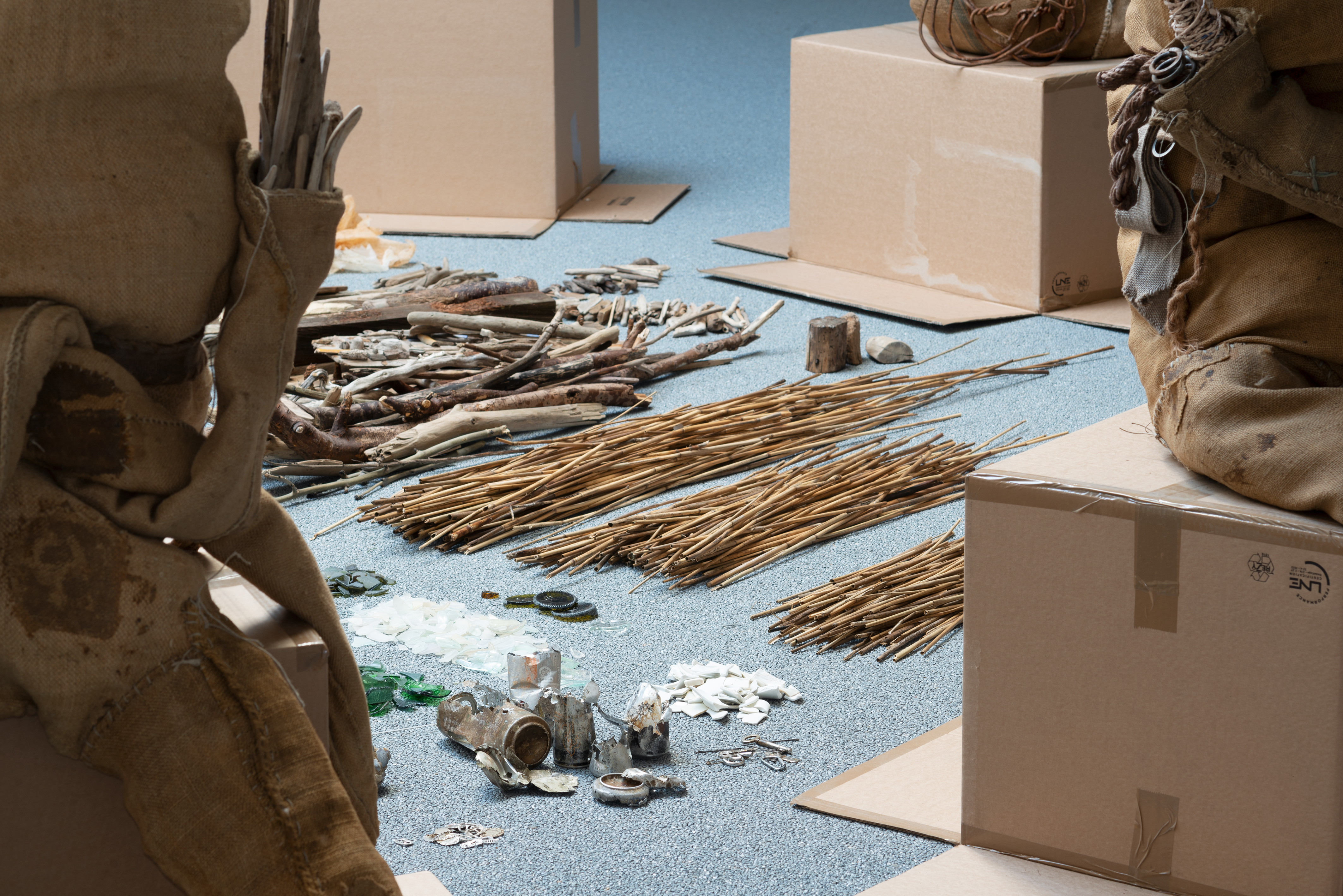 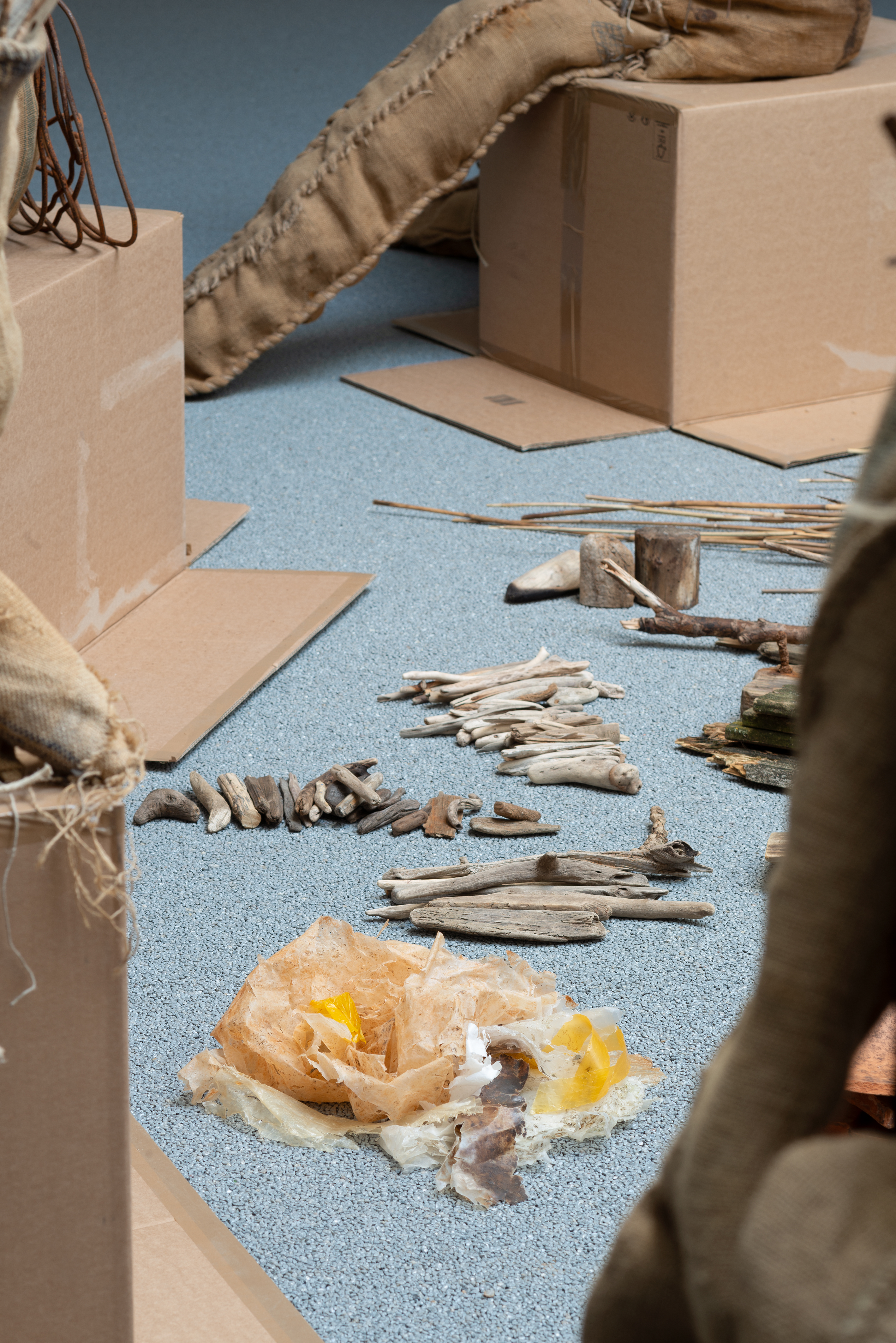 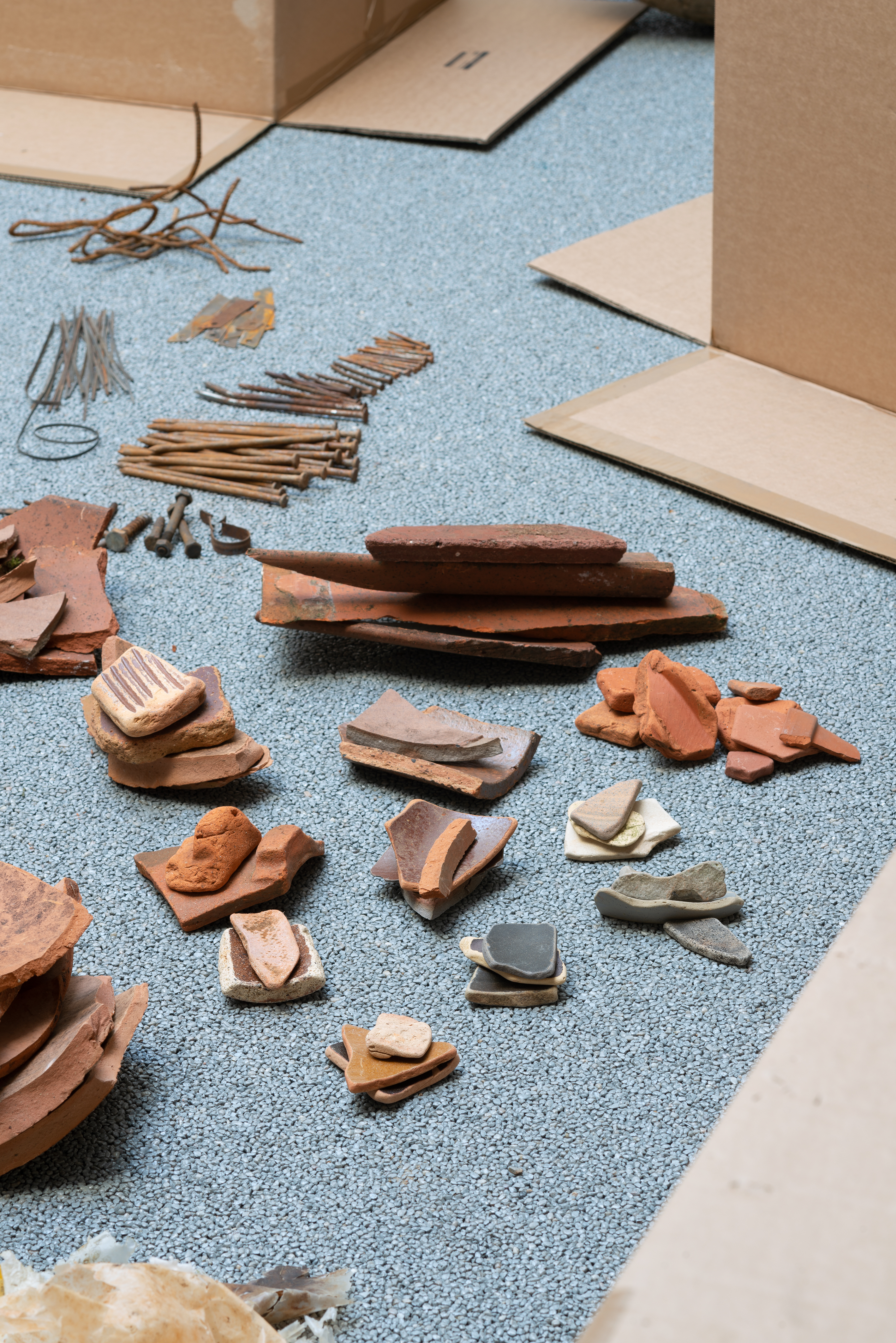 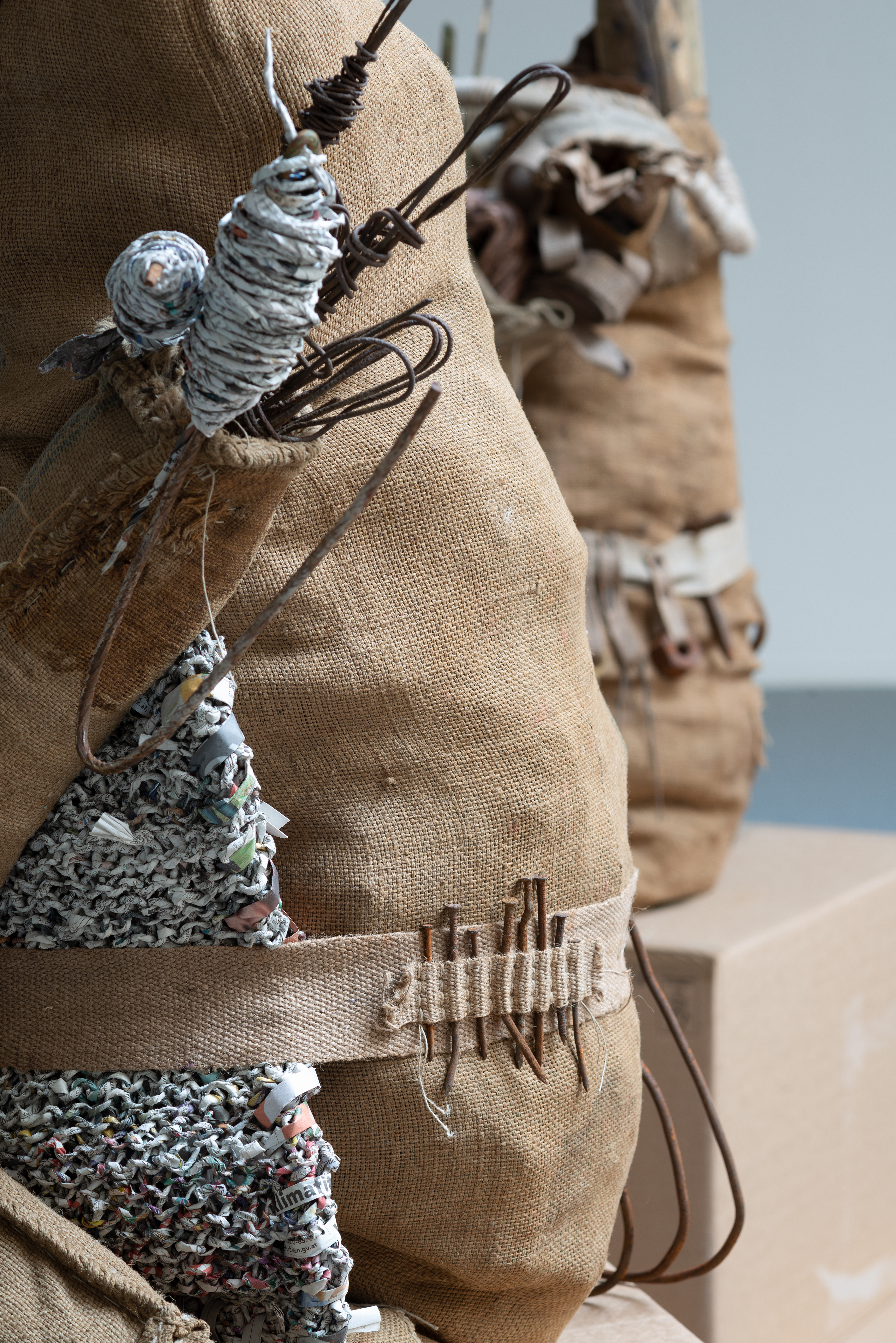 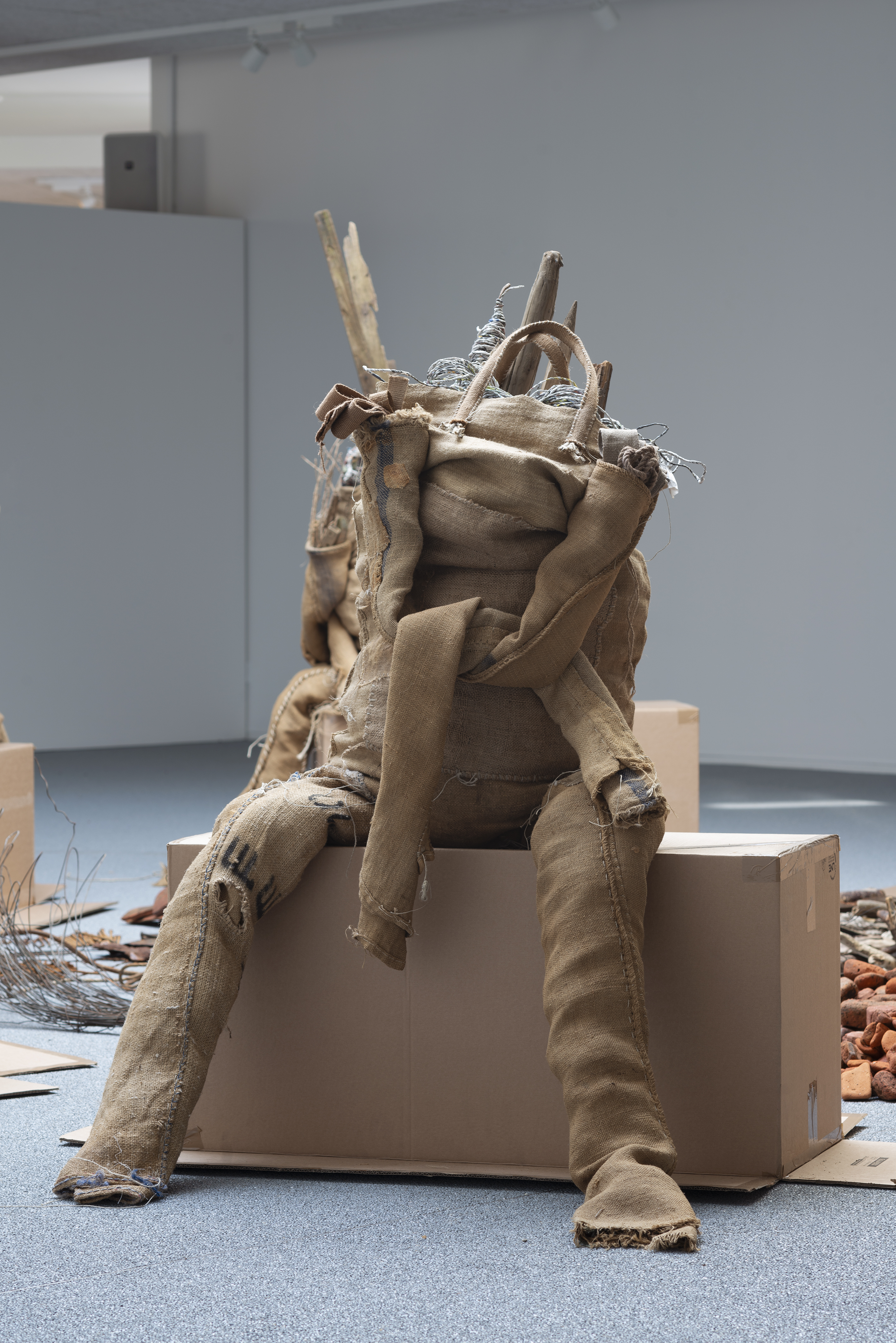 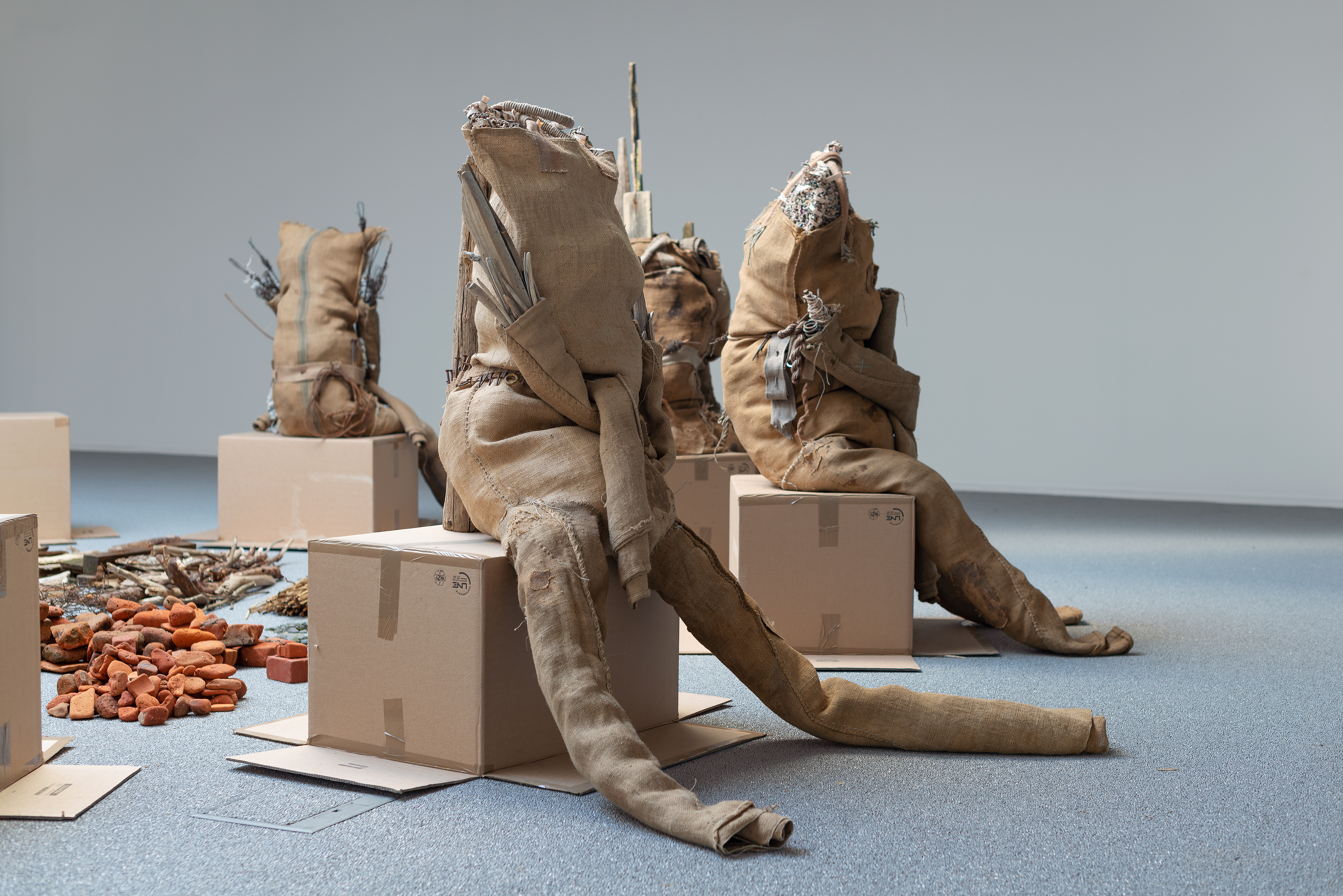 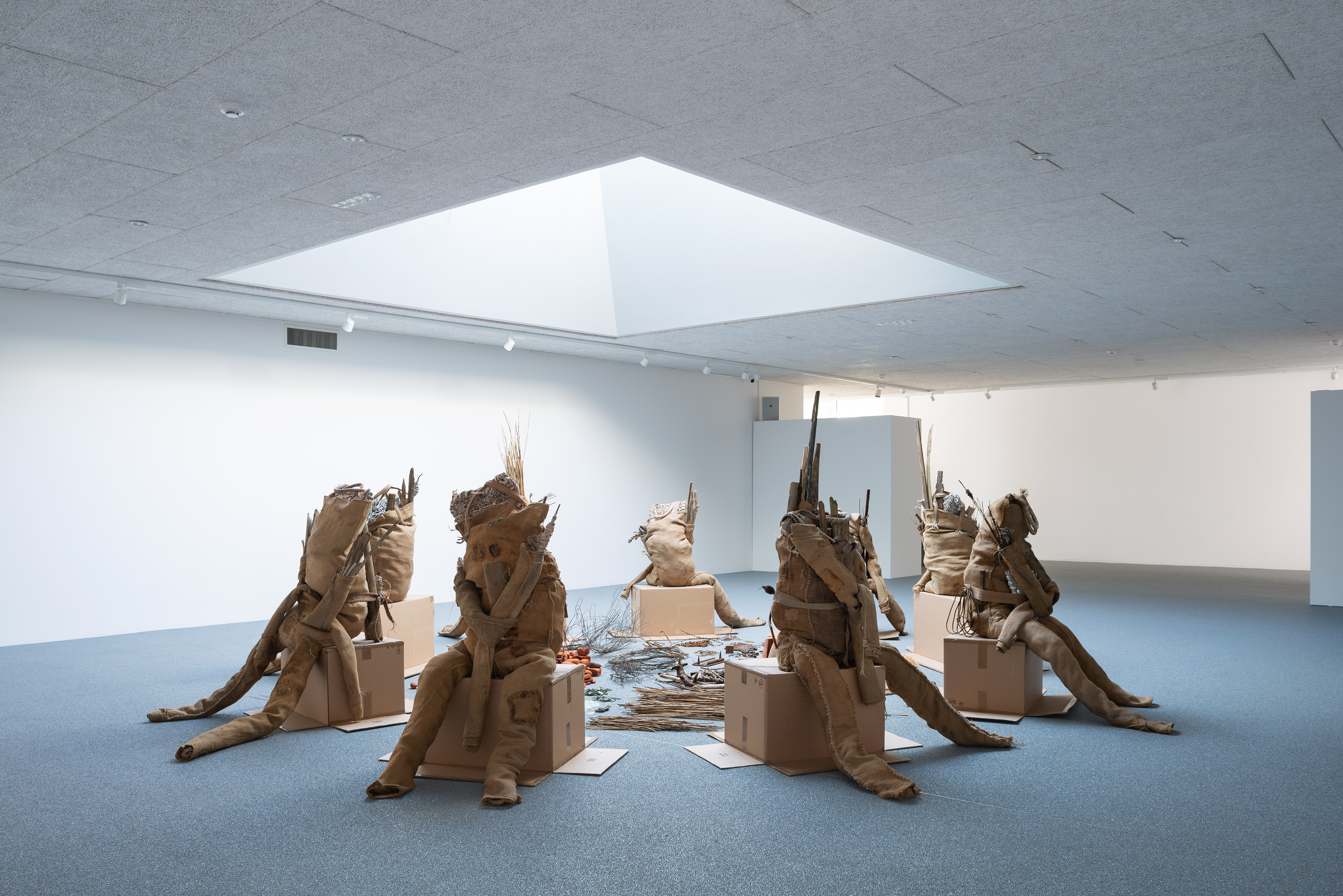 When thinking about pockets, one normally imagines small containers in garments whose use is often automatic and rarely noticed. That pockets throughout history have had an impact on men and women's independence in society is probably not the first thought that occurs. Nevertheless, pockets have historically reinforced women’s dependence on men - a phenomenon of which we still see traces today. Despite pockets having been an incorporated part of Western menswear, it wasn’t until much later that they were introduced to women, first as the ‘tie-on pocket’ - a pouch tied around the waist with a string, forerunner of the handbag, which eventually enabled women to engage in society carrying their own possessions.

The pocket and the container as a concept are significant themes in Birke Gorm’s solo exhibition girl anachronism at Vestjyllands Kunstpavillon. With hand-sewn human-sized figures insinuating the anthropomorphic form, the exhibition envisions the female body as a vessel, an aggregator, a reproductive device, and relating to possession.

The figures are produced through craft techniques such as knitting, weaving and sewing, traditionally executed by women in a domestic context.

What characterizes Gorm’s choice of materials is their lack of current economic value. Some of them are materials from the past, such as the burlap sack, which today stands as a dusty symbol of trade and preservation in agriculture. Other materials are leftovers, including fabric remnants, metal found on the street, various elements collected in nature and recycled paper spun into yarn.

The figures appear as holders filled to the brim, bearing various gender-historical and material references, while at the same time insistently carrying valuable belongings close to them. They bring the past to the present through Gorm’s knowledgeable use of materials, highlighting gender issues in society whose roots are still visible today. Unwavering, striking, yet seemingly well-equipped, her figures are ready for showdown.