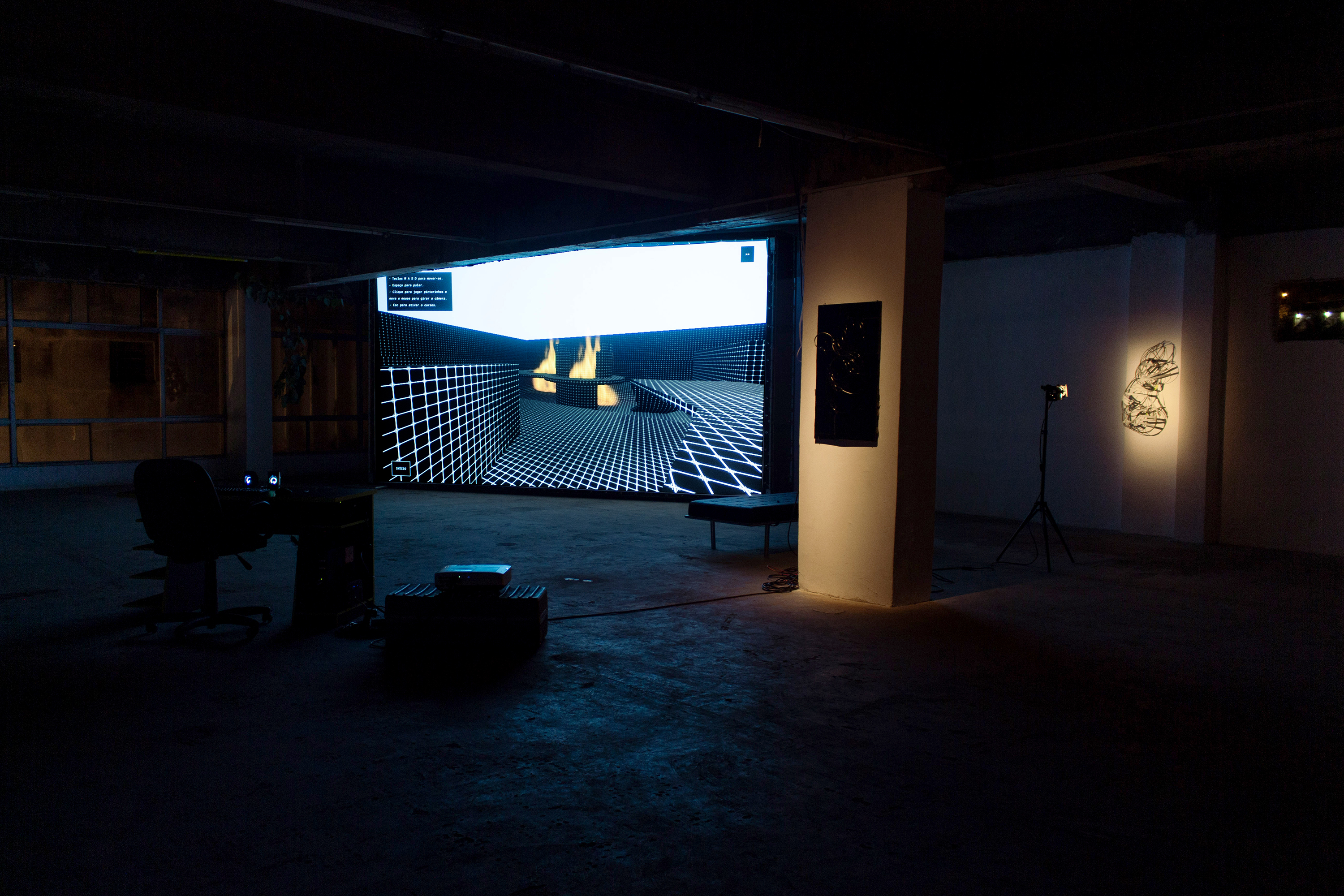 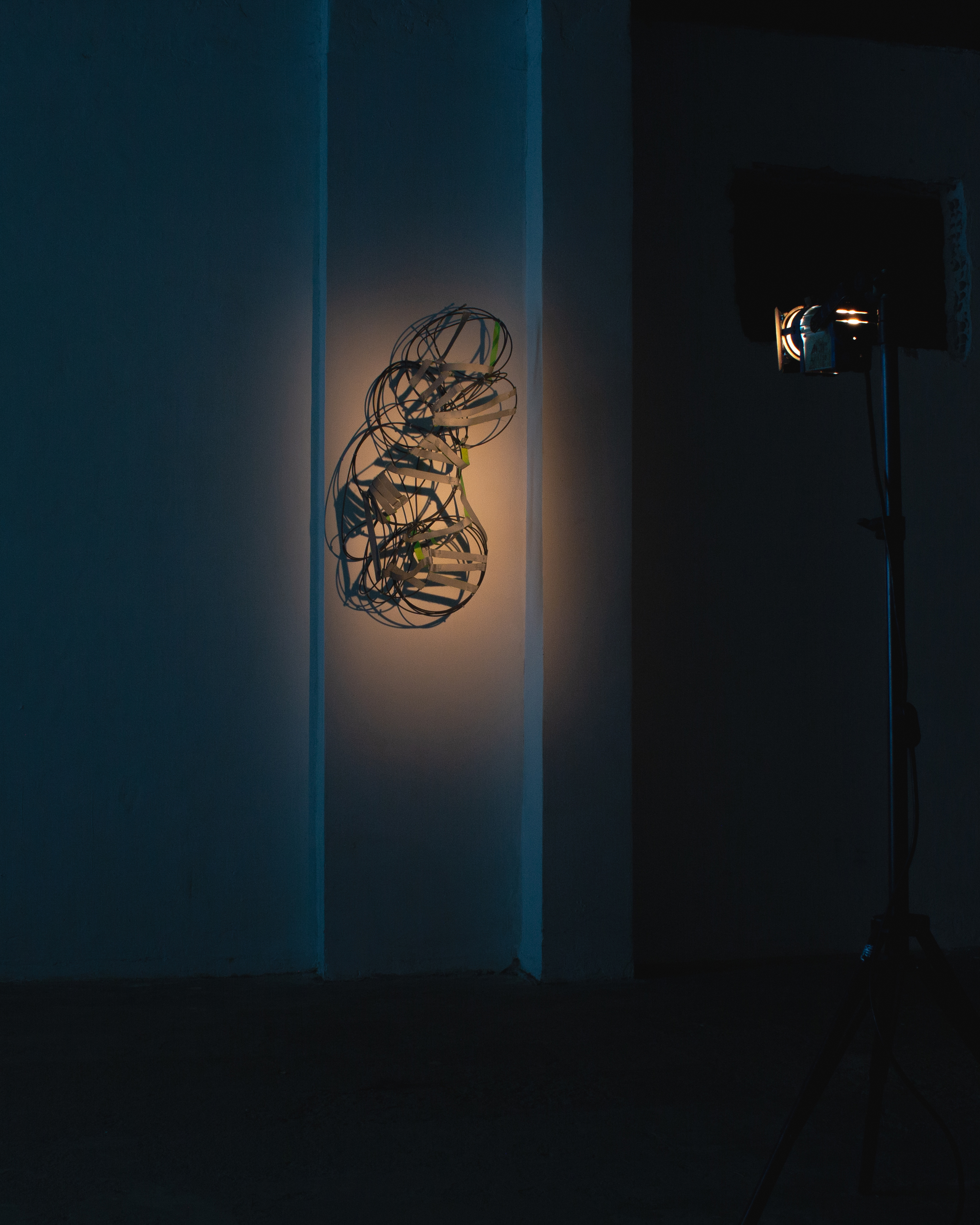 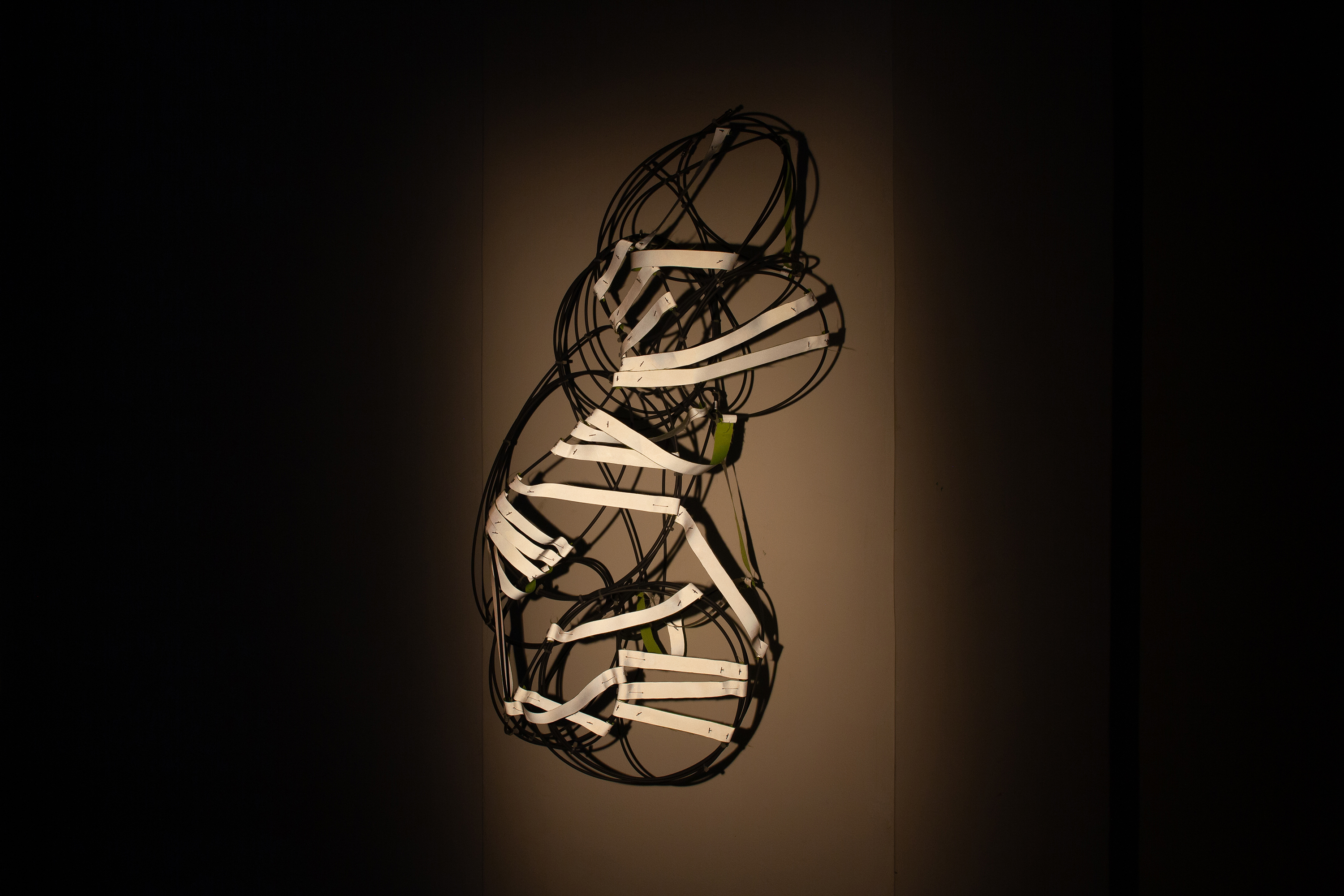 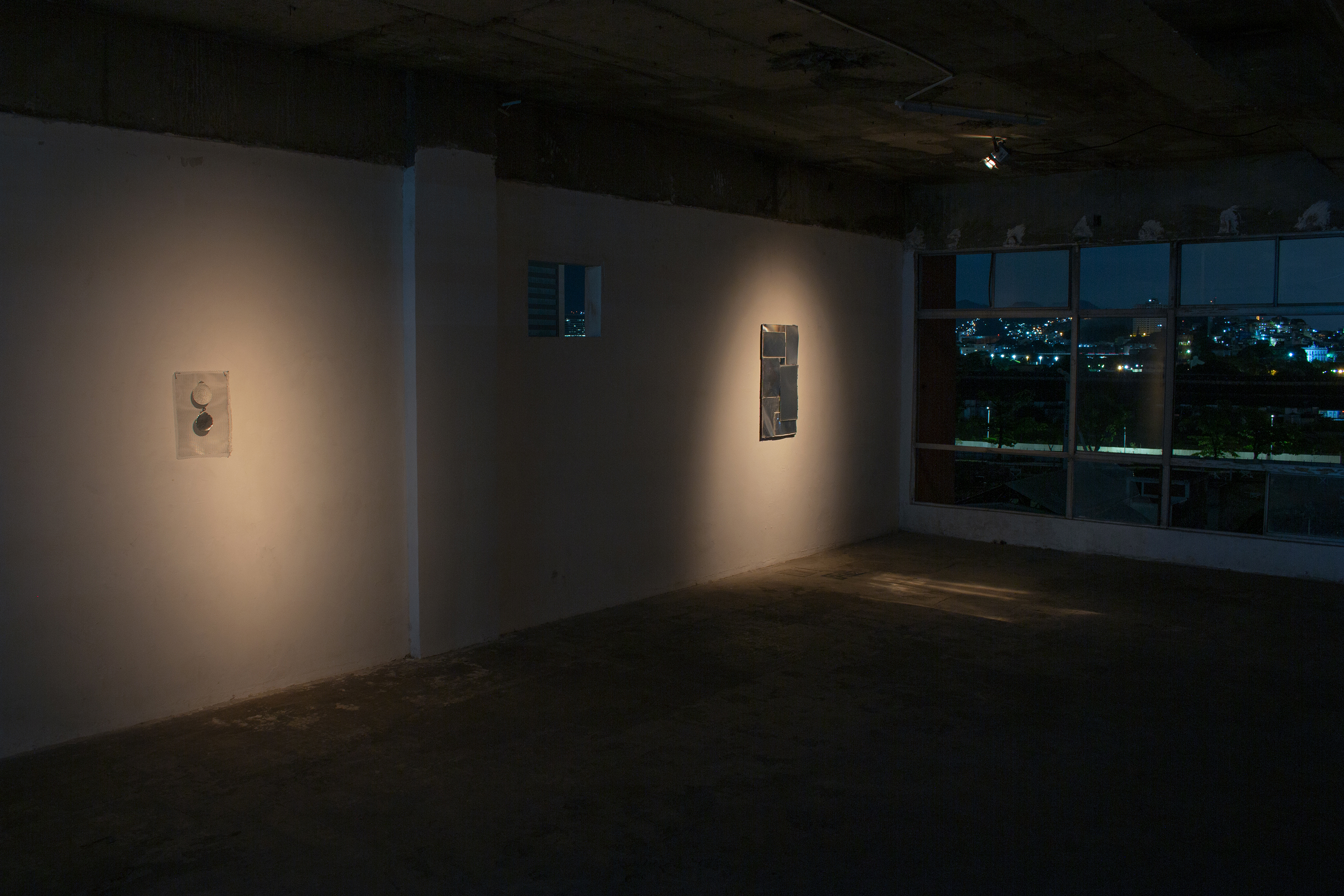 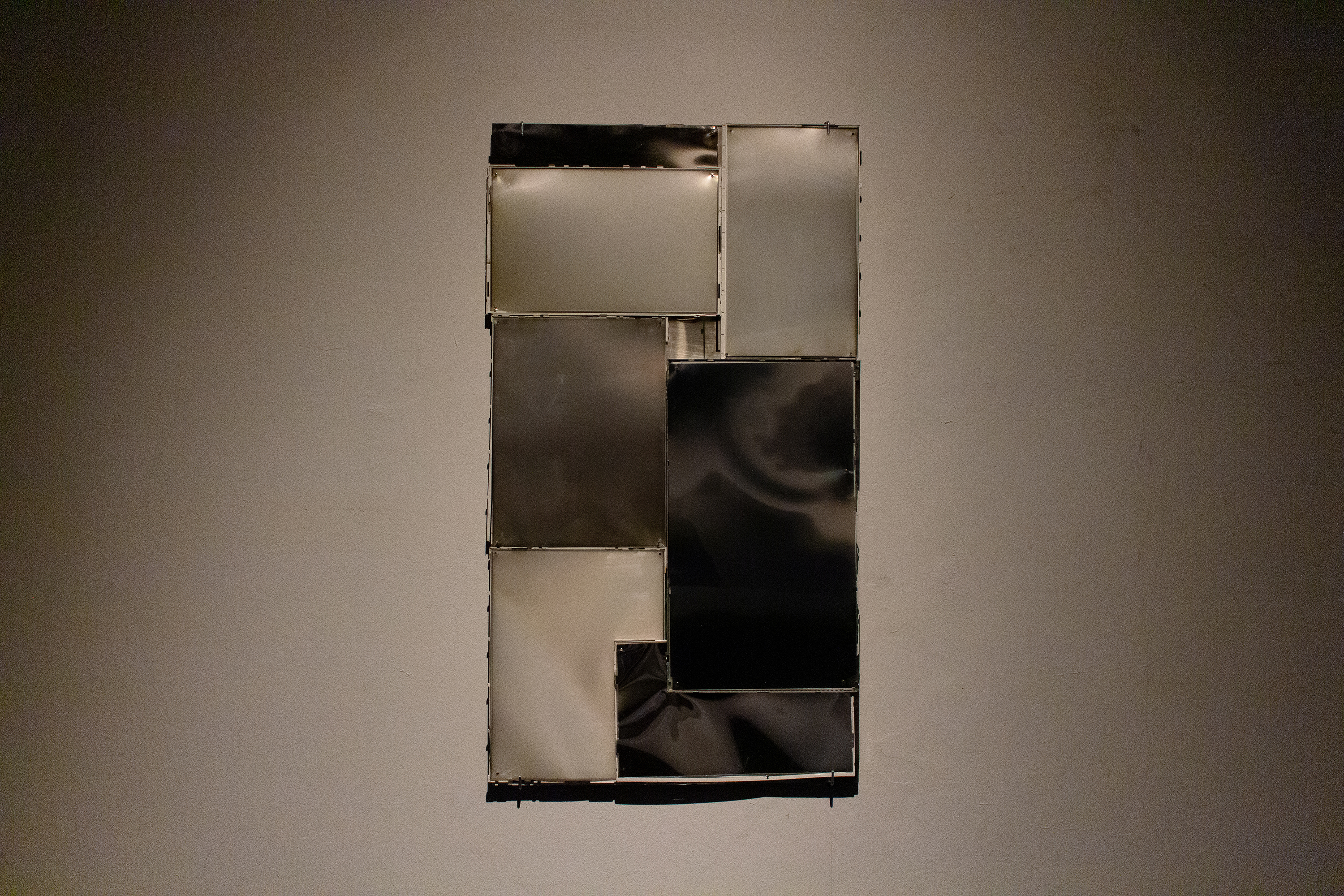 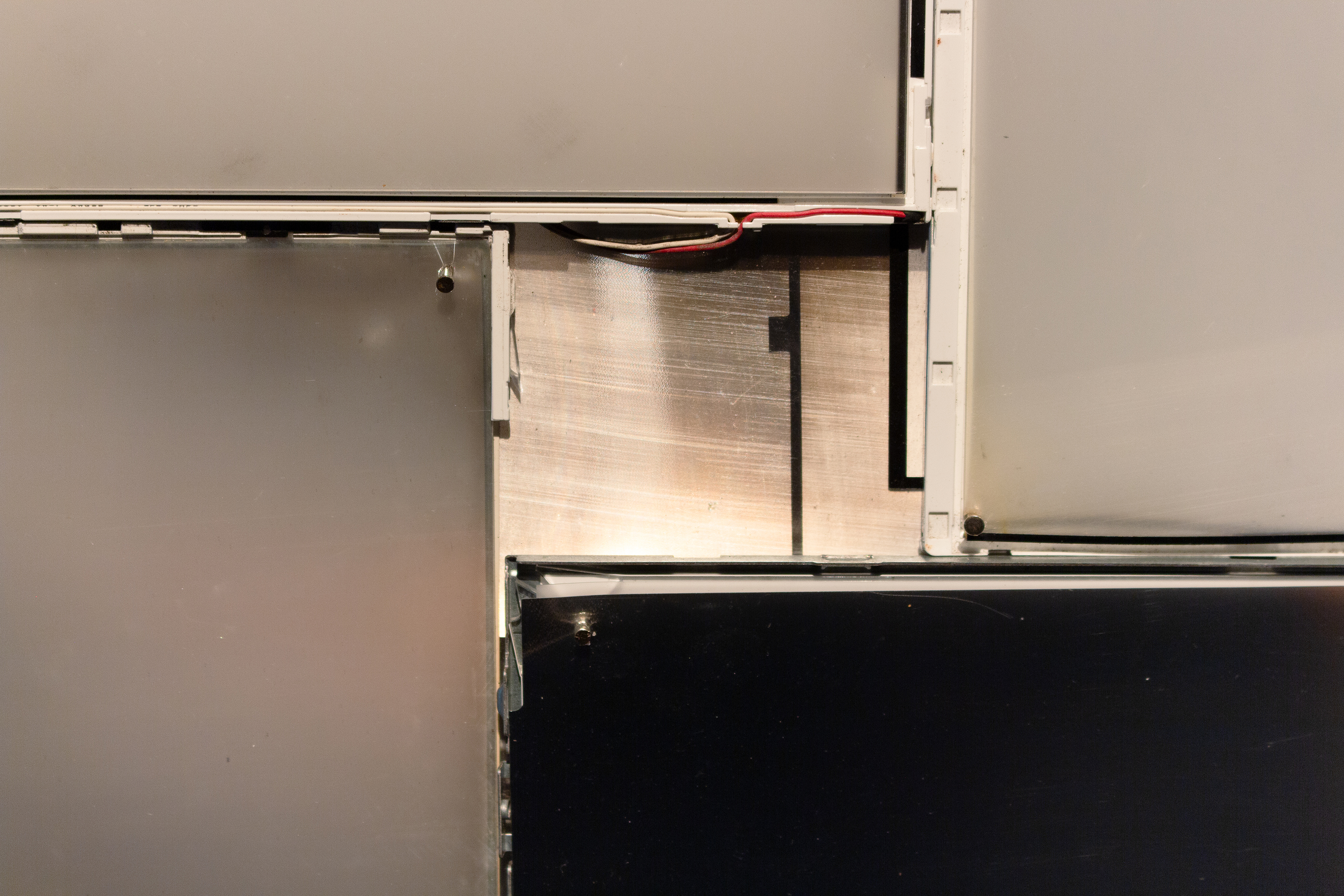 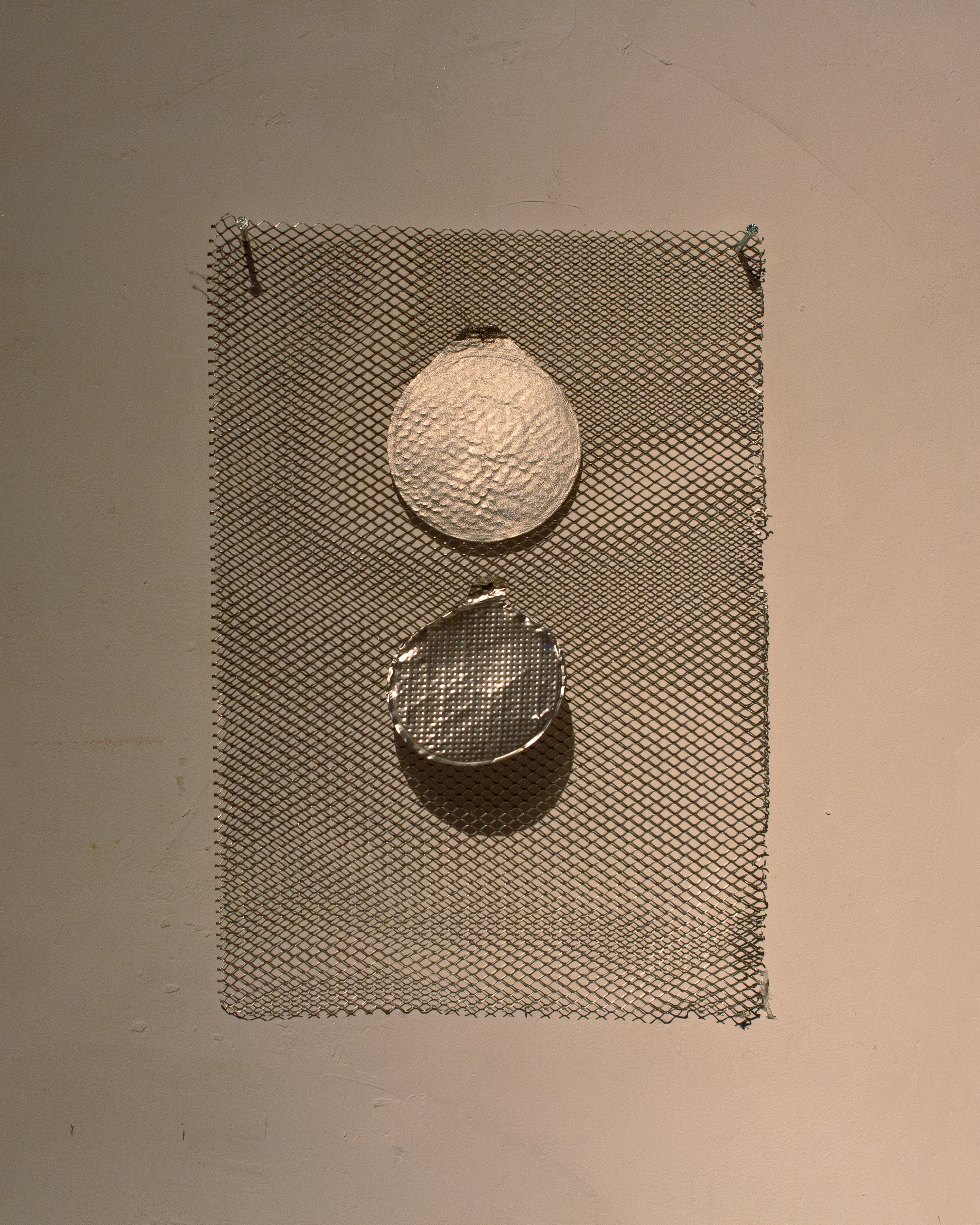 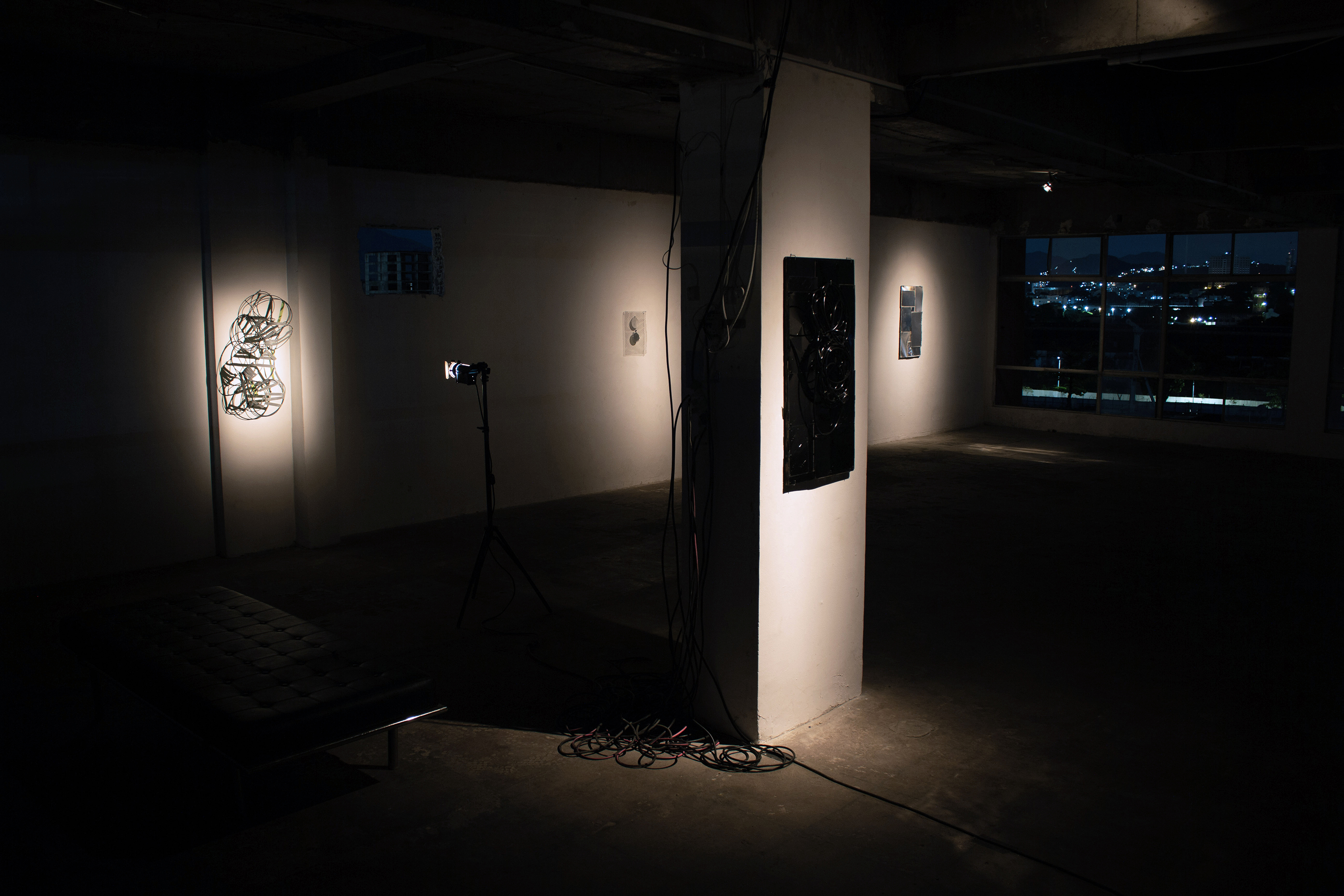 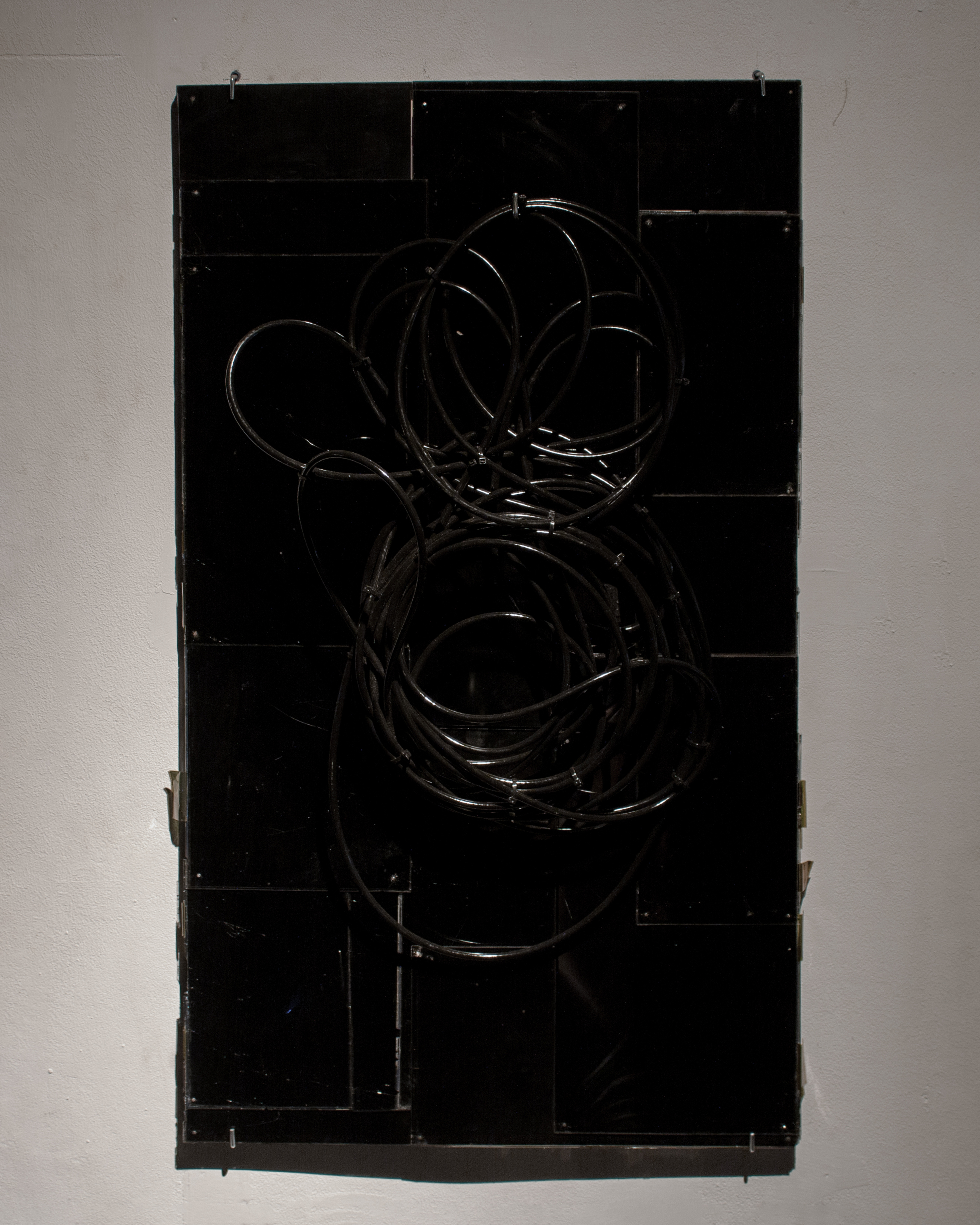 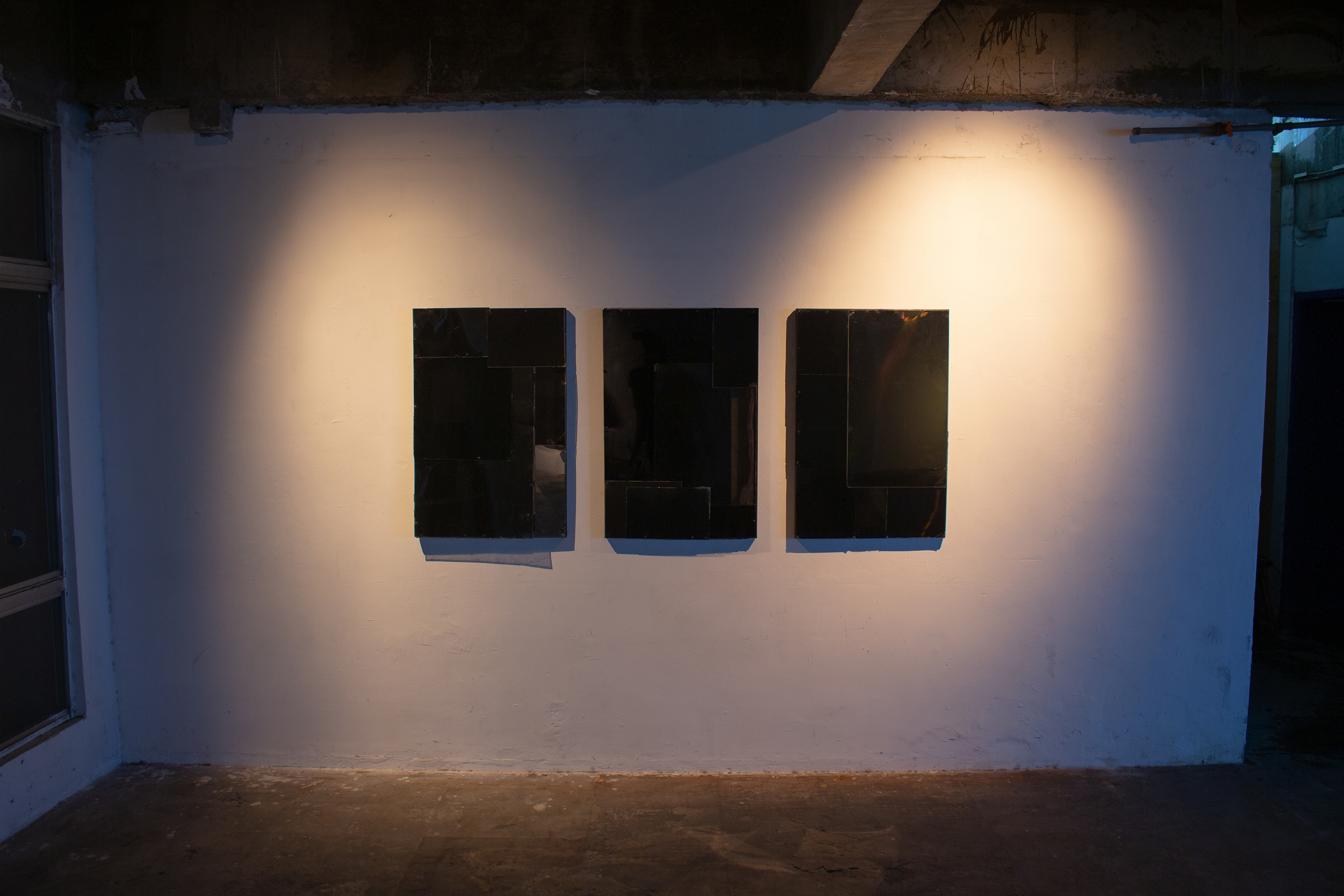 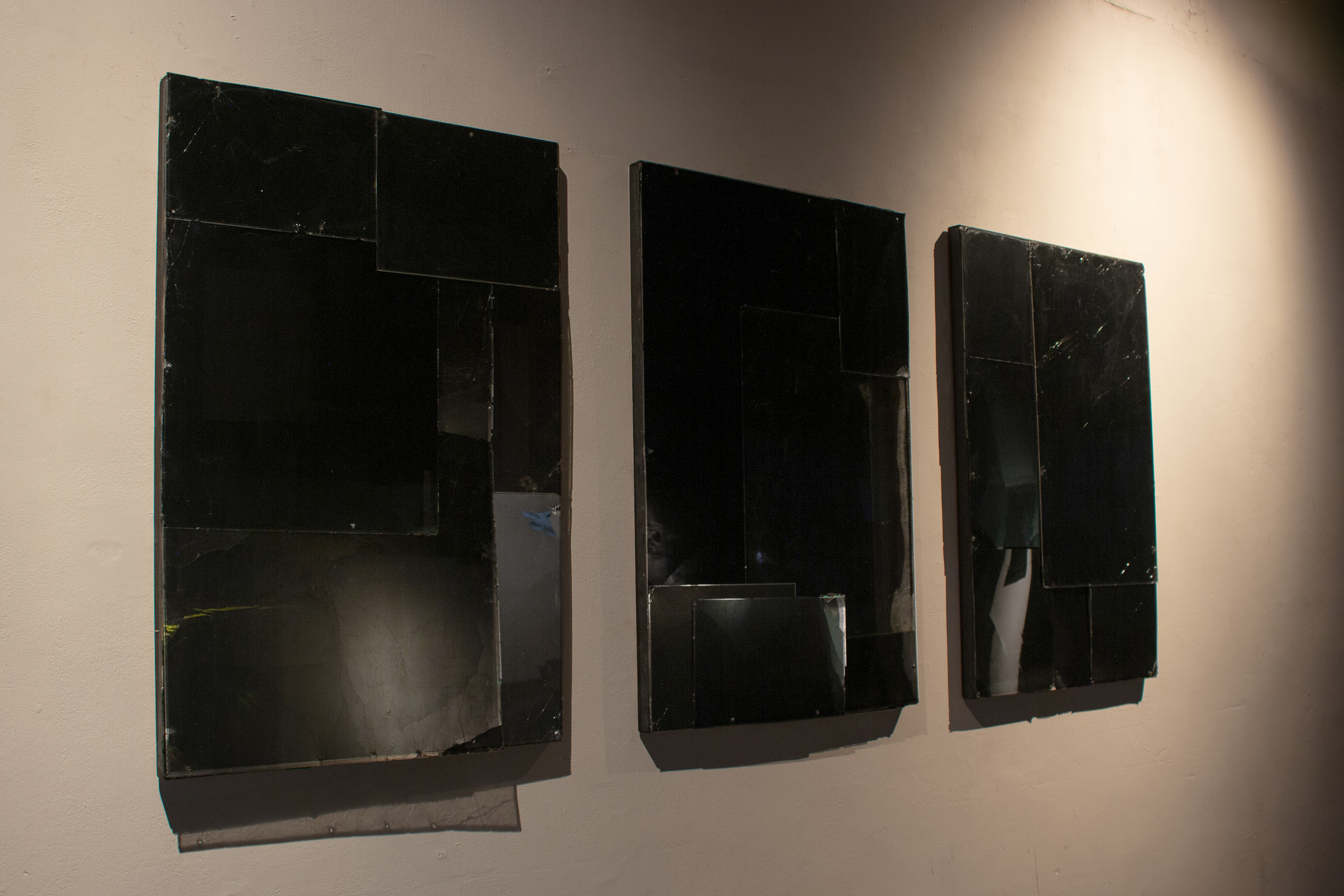 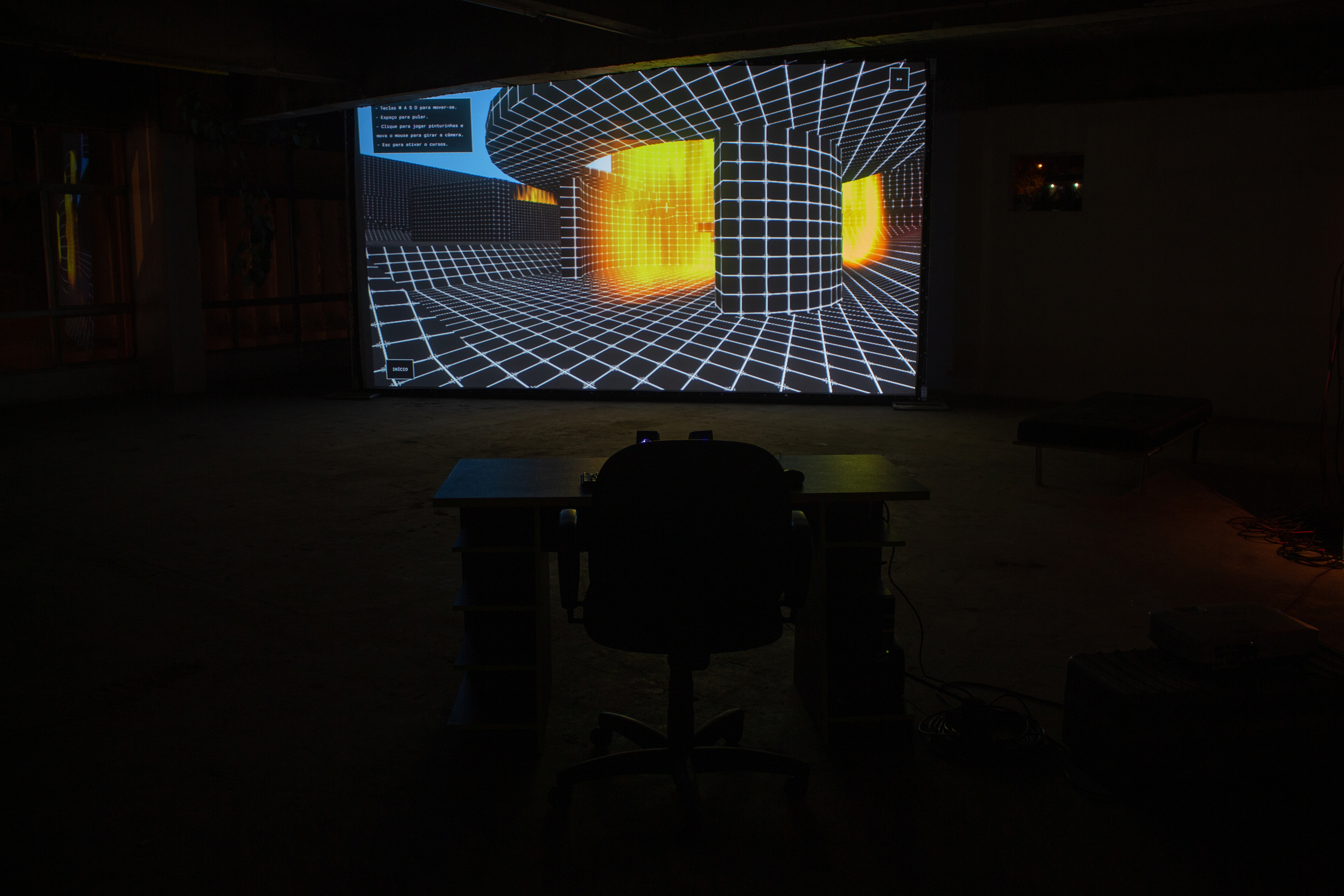 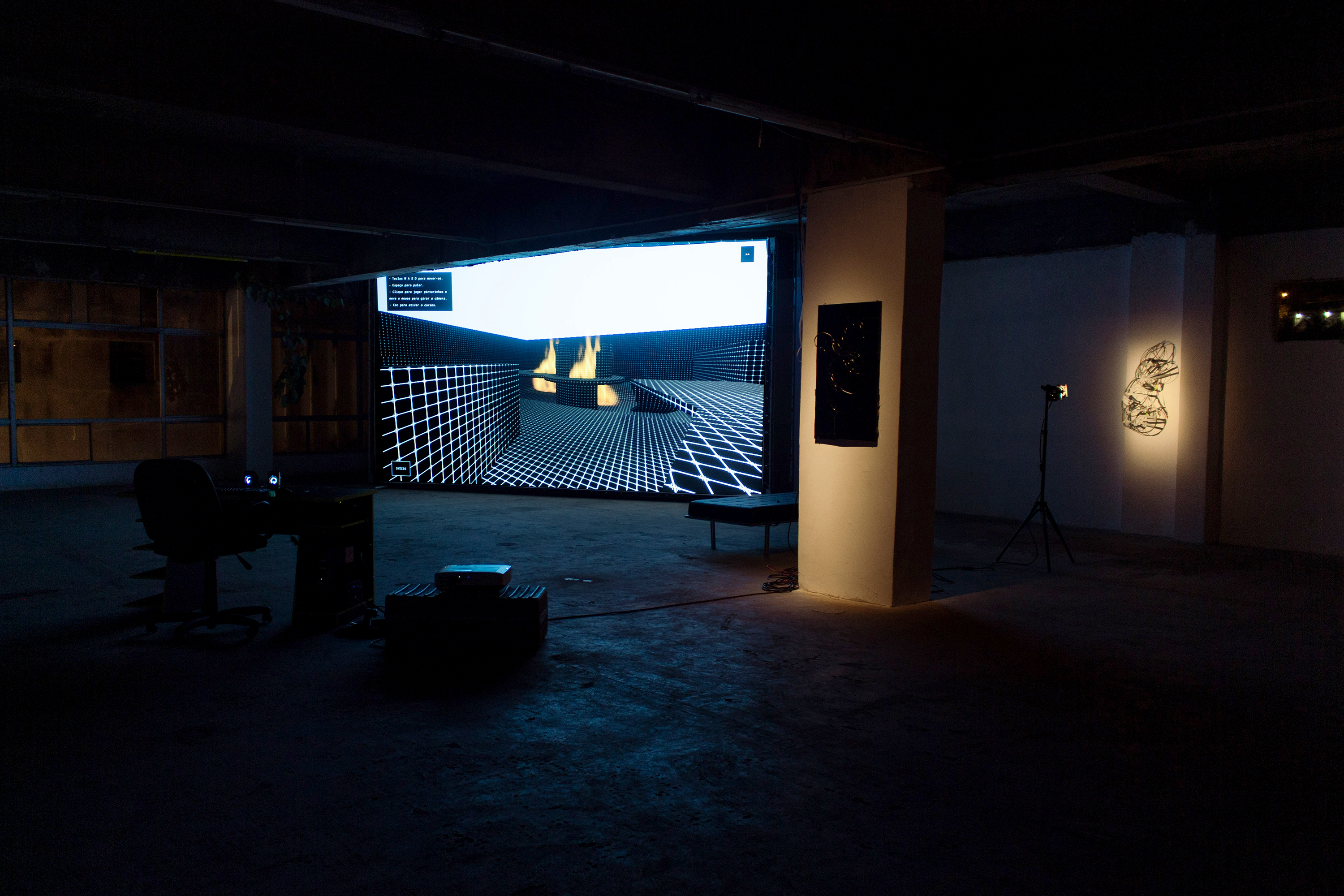 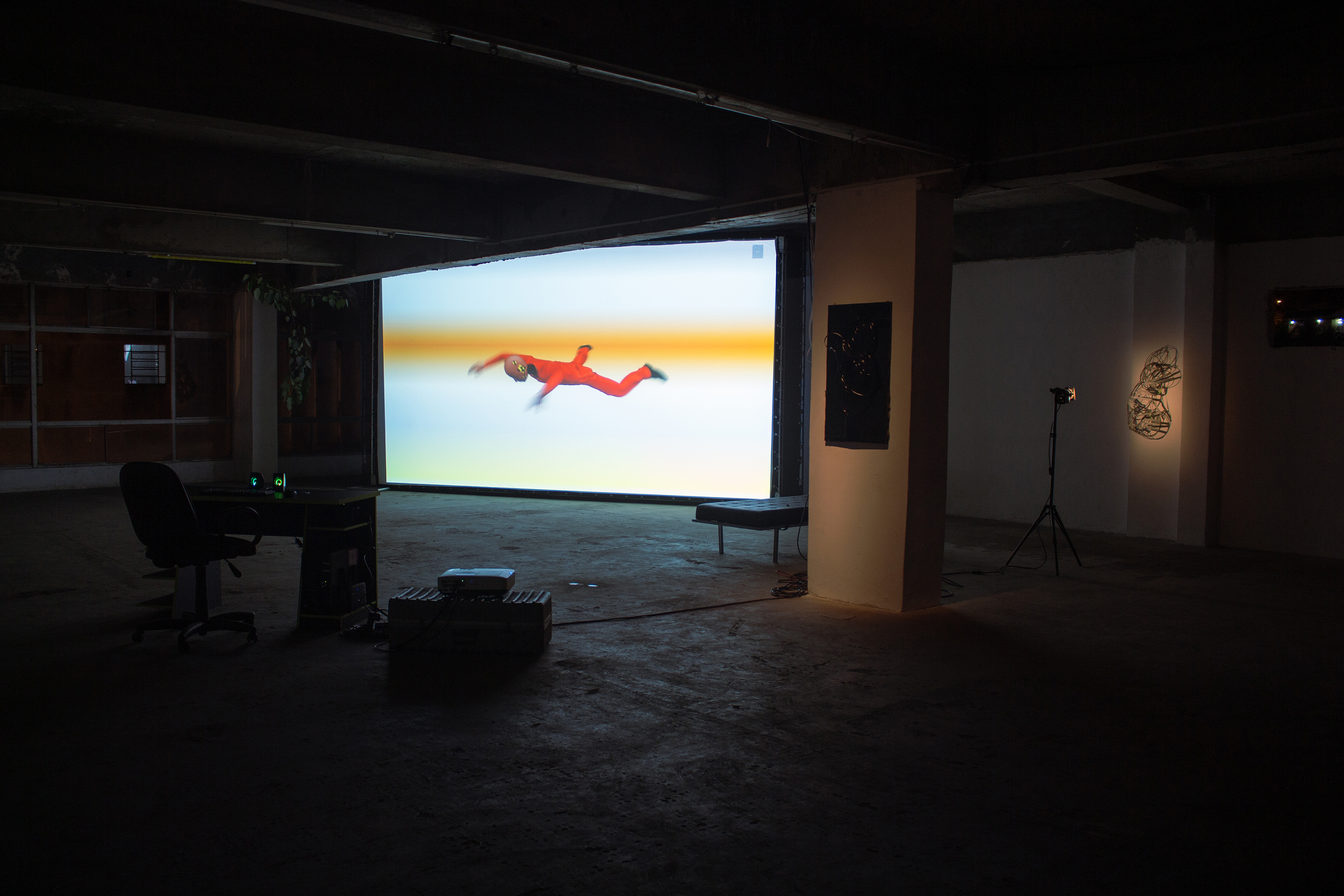 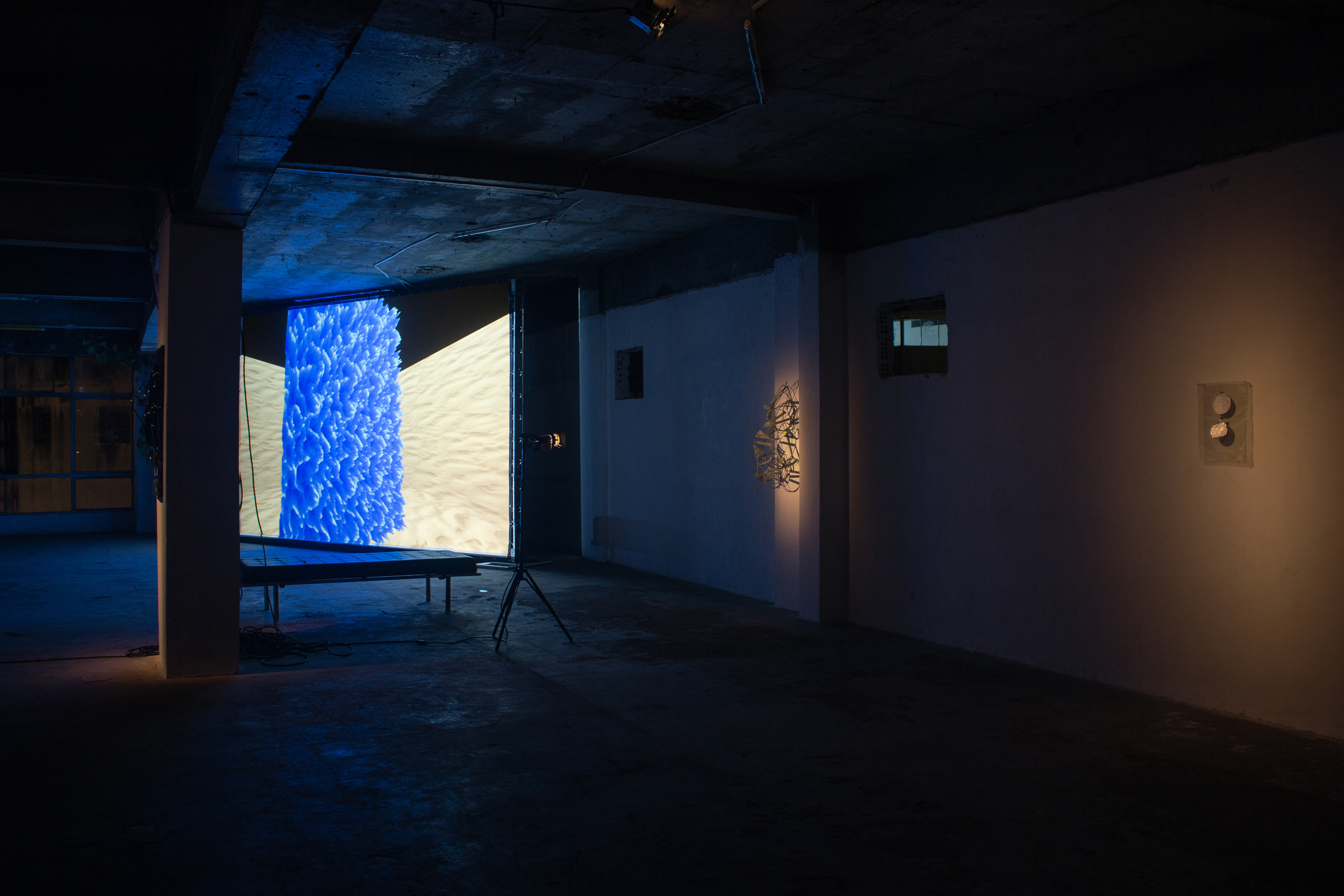 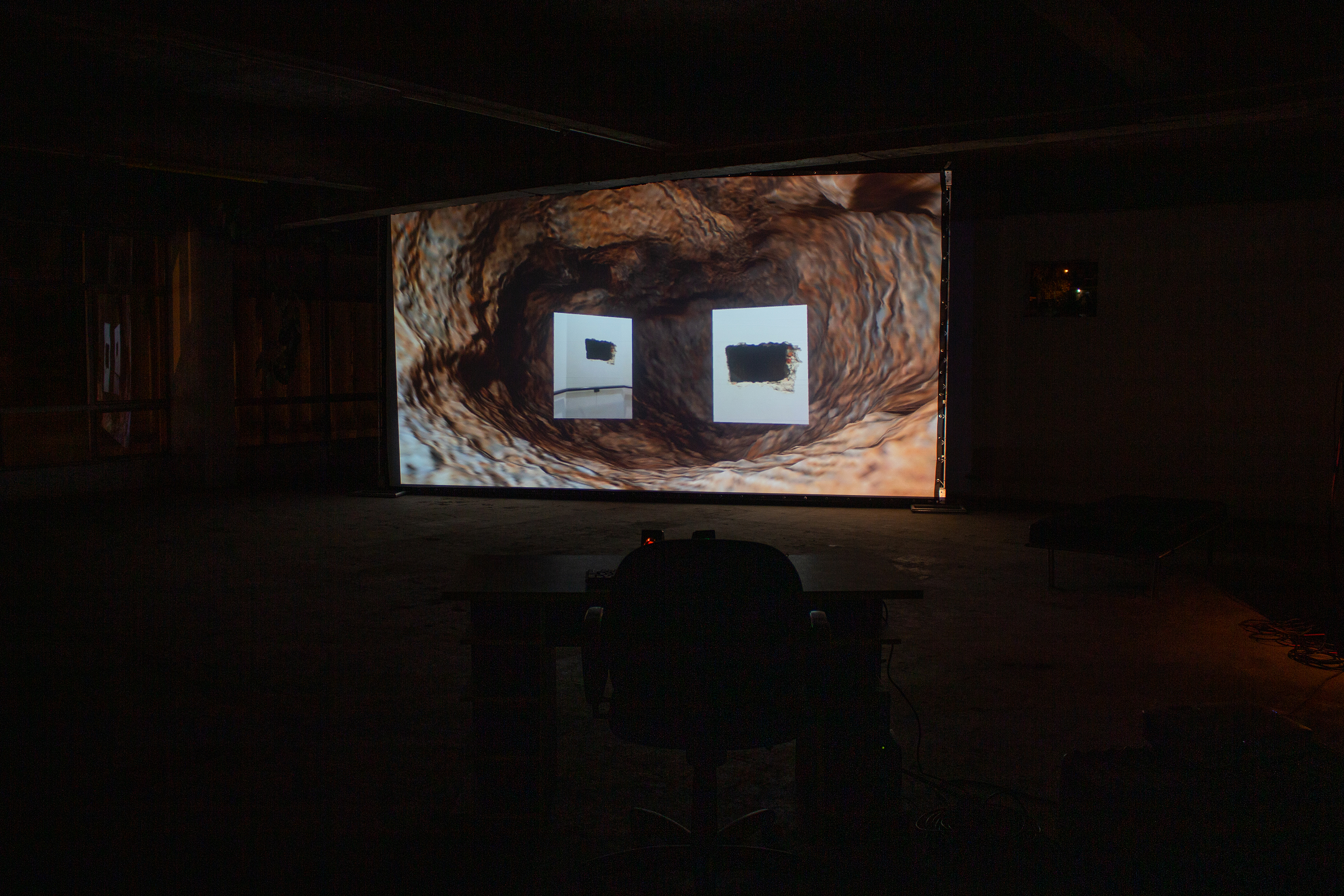 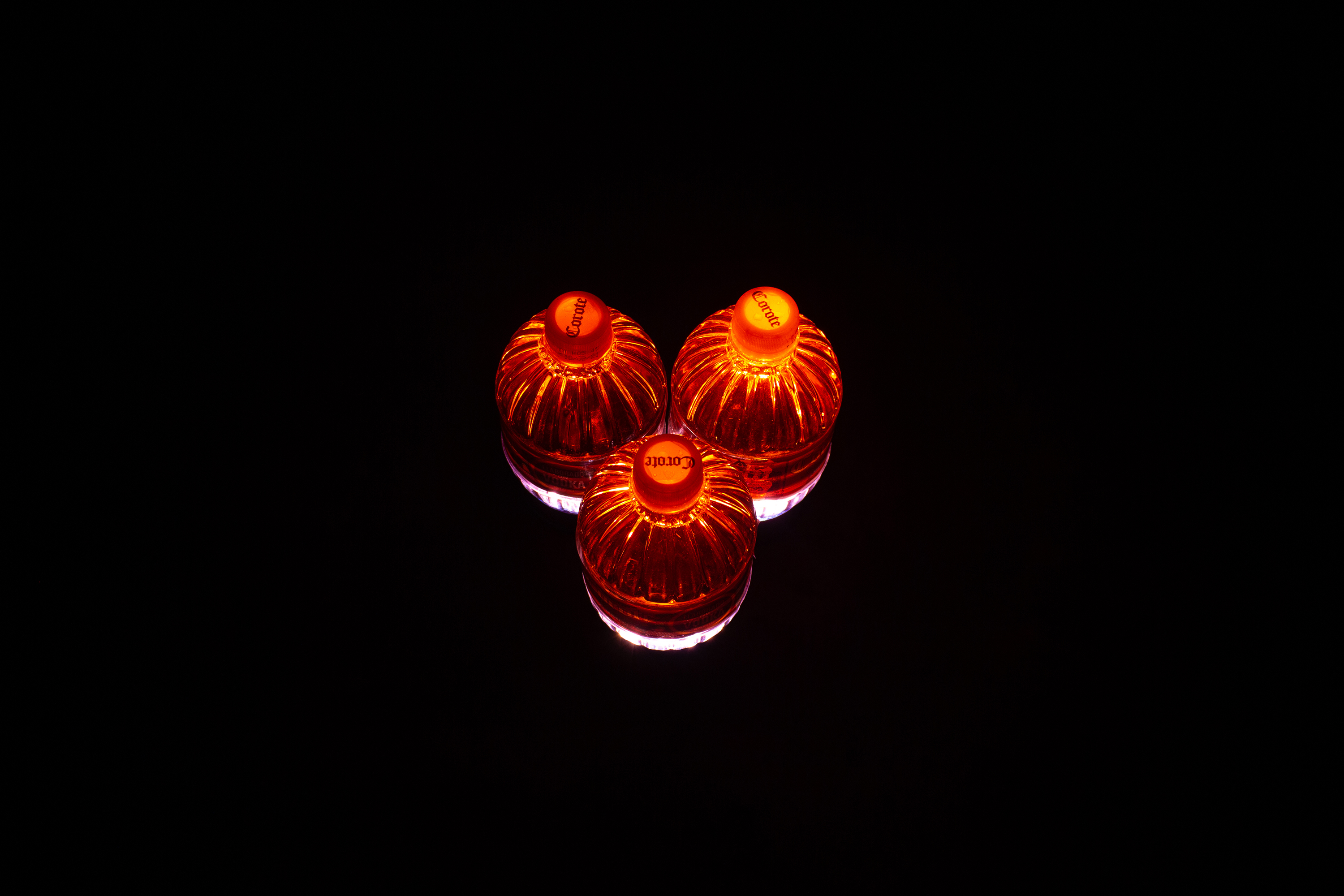 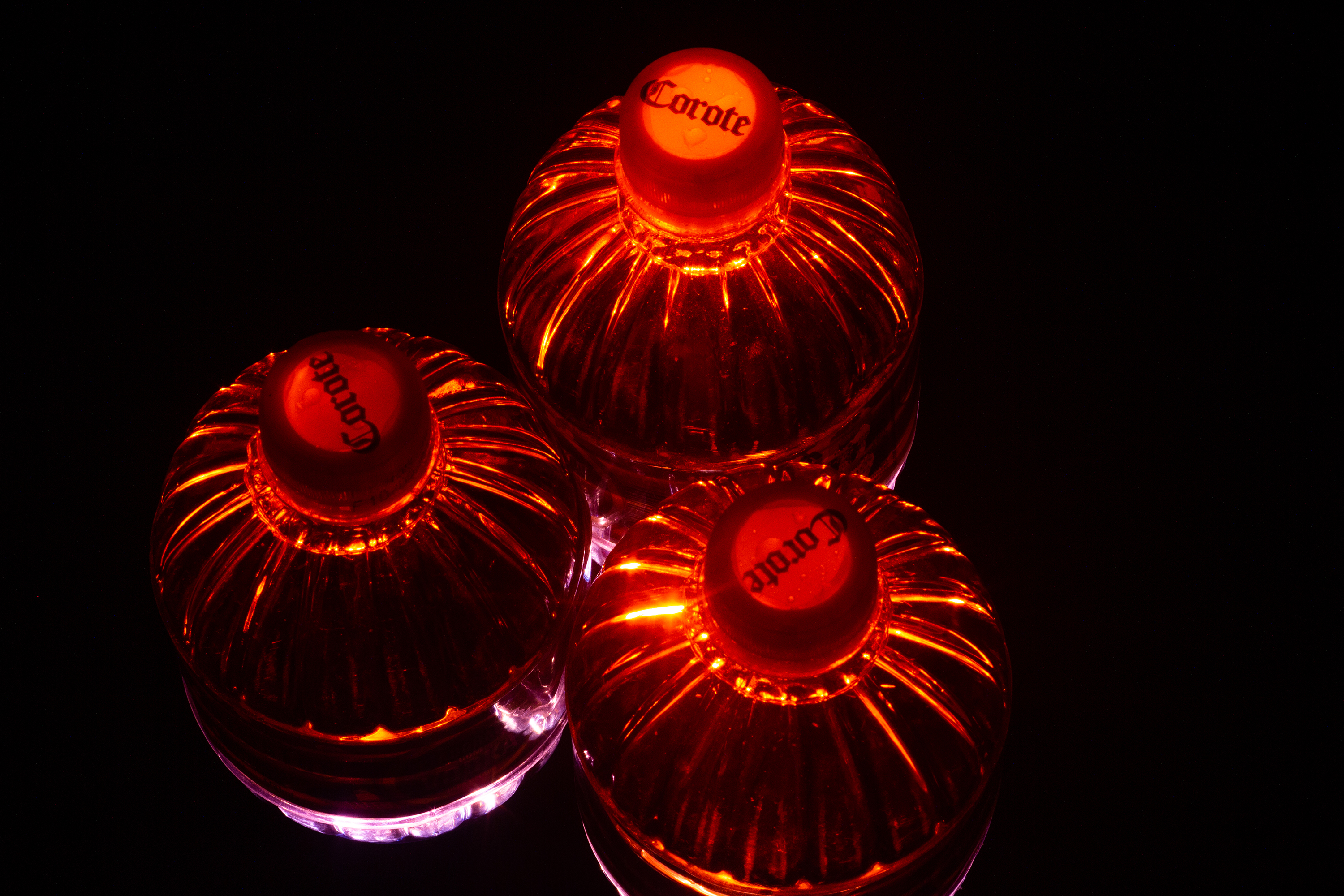 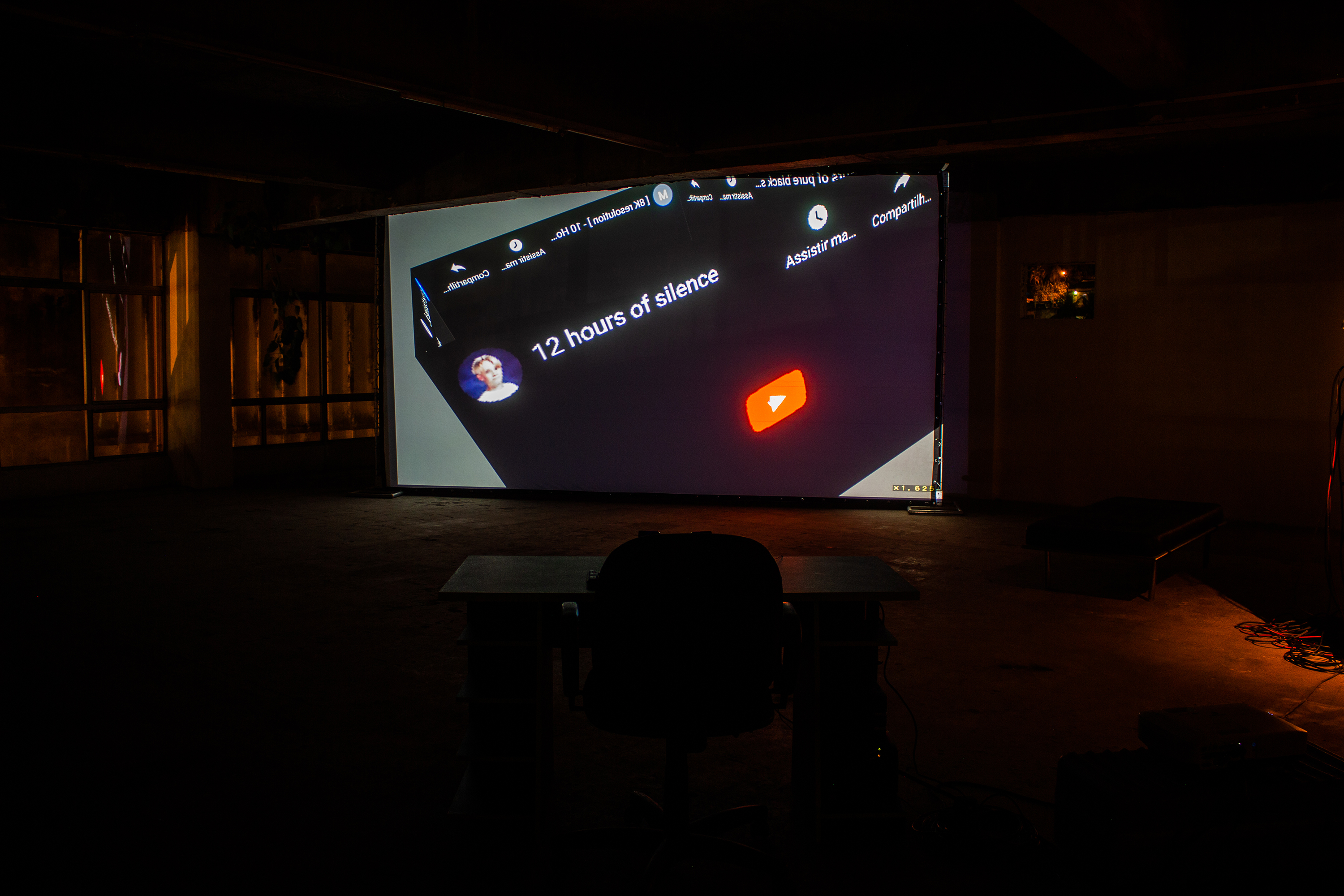 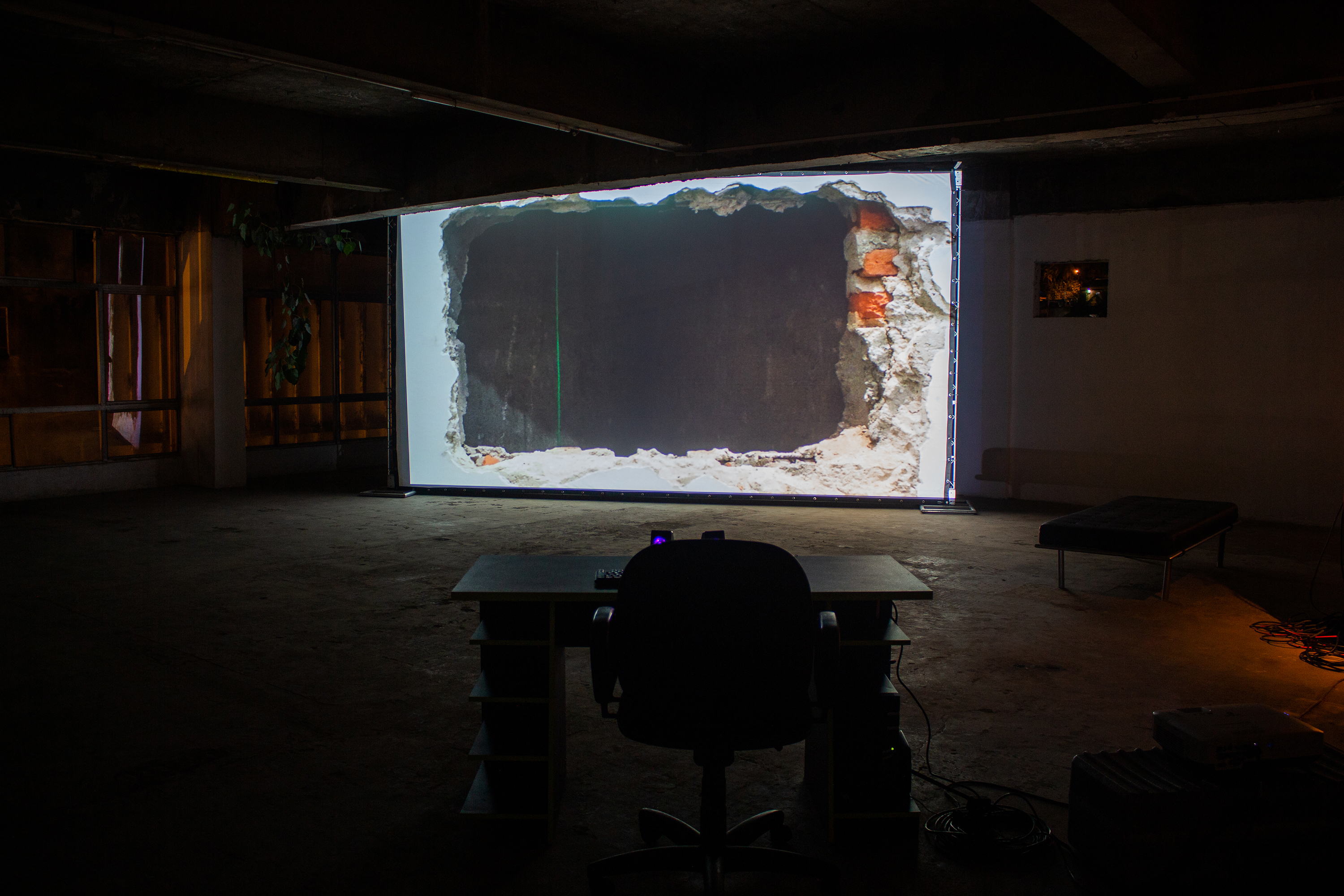 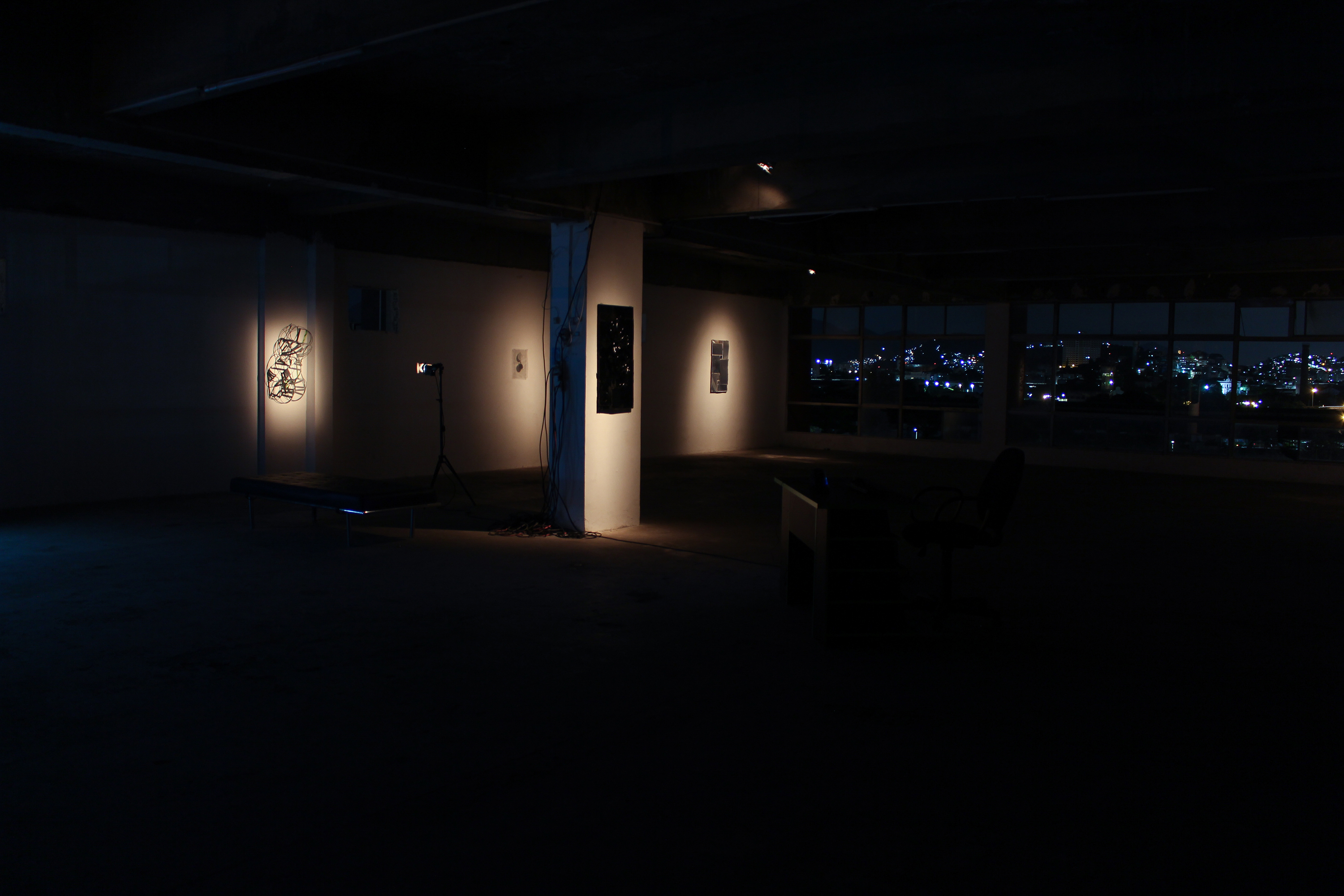 All images courtesy and copyright of the artist and space. Photos by Pedro Mota.

Beyond form and experimentalism, art is a practice that creates sensible topology. Discursive, plastic, sonorous matters are put together on the surface of any work – points that are always dealing with the reception, the spaces, ideas, endless translations. There is also something that is located beyond seeing and interpretation, art is not only about signs and information assemblages, there is no such barrenness.

A specific and expanded scale issue marks my approach with the works presented here. I do not agree with whom affirms that any exchange mediated by screens would be unprovided of resonance. As if it was not possible a bodily implication inside this regime. This is like a monolithic idea. Here I see 3D sculptures that group together like colonies. The manipulable sets functions in a sympoietic way and make me suspicious about the idea of unity when relation diagrams emerges on the foreground, making rizomatic paths.

Digital image is not immaterial. If we consider an expanded notion of materiality is possible to think these images as systems with inside tendencies and dynamics. This is how they relate with other beings, with the world, creating a network of mutual effects and transformations. Every material involves making a morphological space of possibilities. I look up these available rooms here and find objects that combine geometry, color, movement. Objects that are also calling upon intelligibility to compose with sensibility, without subjugating form to project. Images that do not cease appearing.

After devote such time looking on these object-images, however, I became to think they are maybe making explicit a procedural form of art that not only relates with sensibility and experience (one of the hard issues for art history), but they surpass such premise. As a non-static spectator, I know there is something from the work that is left to me, that remains with me. Somehow, I could complete the work, or create extensions. Nevertheless, would not still be a very humanist, anthropocentric outlook here?

To be in front of Simon’s sculptures, to me, is to acknowledge a vitalist materialism that contributes to a thinking about art in a more interesting perspective. Is to think about the influence of non-human objects by which humans move. We are entangled and distributed on networks composed by subjects, things, images, sounds, humans and beyond-humans. Living things and matter likewise have agency. The vitality here is the capacity of things to act like forces that carry their own trajectories. Therefore, matter is not a passive, raw and inert thing, since it creates alliances, which can affect other beings, other things.

Much was said about dematerialization of art, but what would that imply? When does matter collapse? The 60s avant-garde was involved in an intense questioning around the notion of art object, which gave rise to propositional scores, a certain imperative presence of language, the active presence of the body. Comunication and information create a new global dynamic and yet we are still interpreting the world as a series of fixed and reduced objects. In 2021 we practically conceived that real life and online life are not distinguished, the art objects produced in digital image regime and generated by codes make the matter explicit as living heterogeneity - there is no stopping point, just as there is no atom that it is not continuously disturbed by a virtual force.