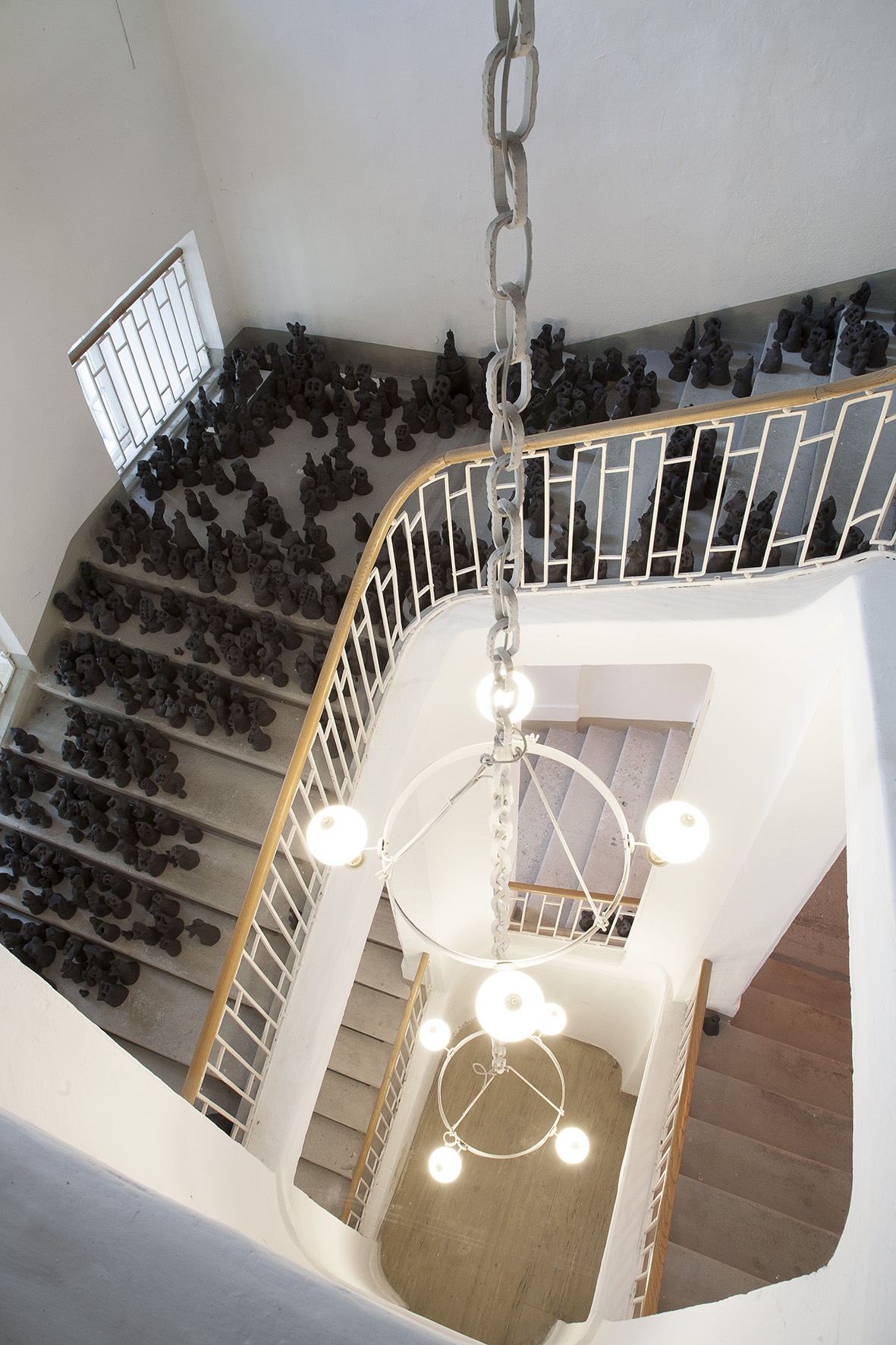 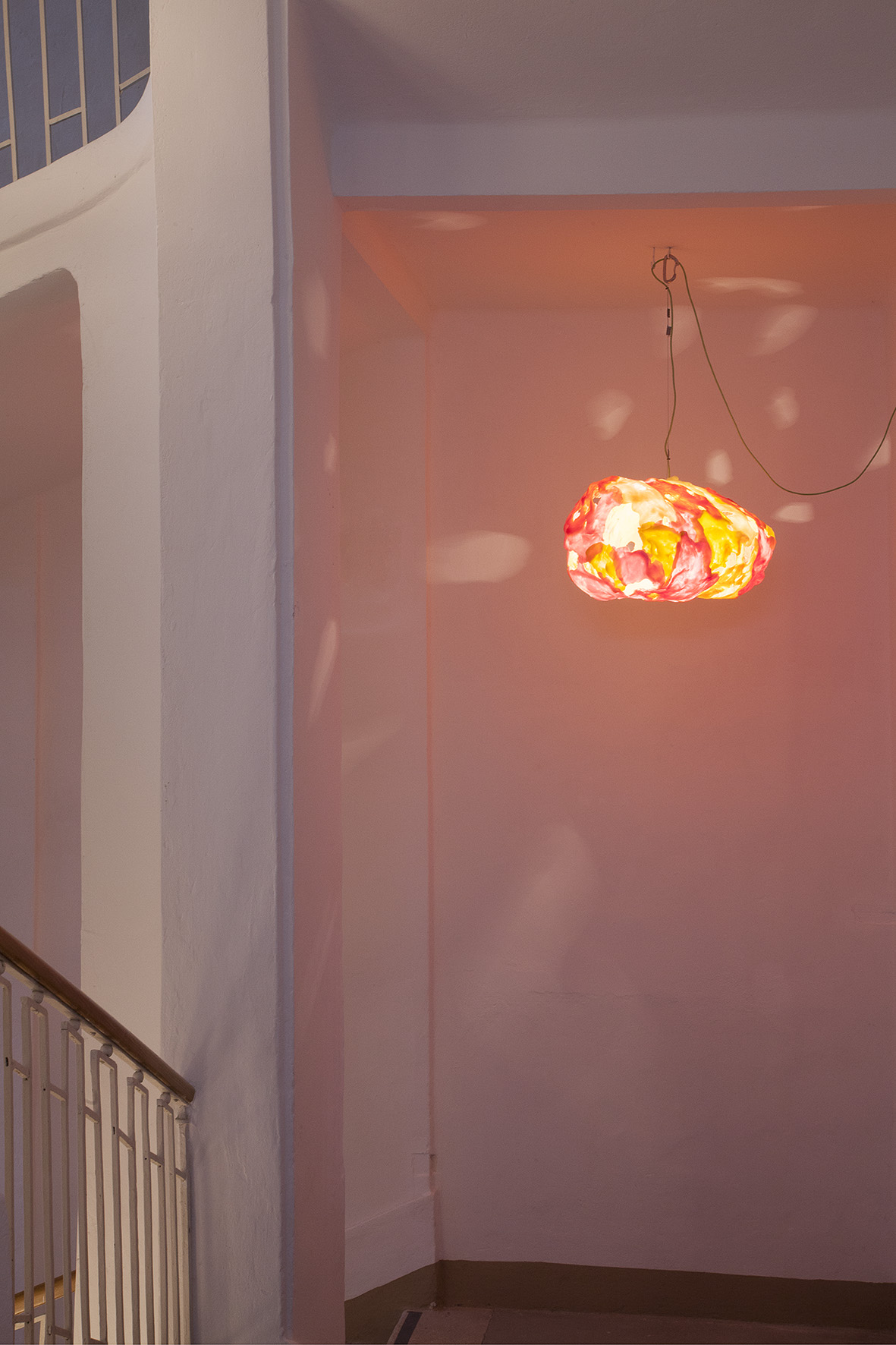 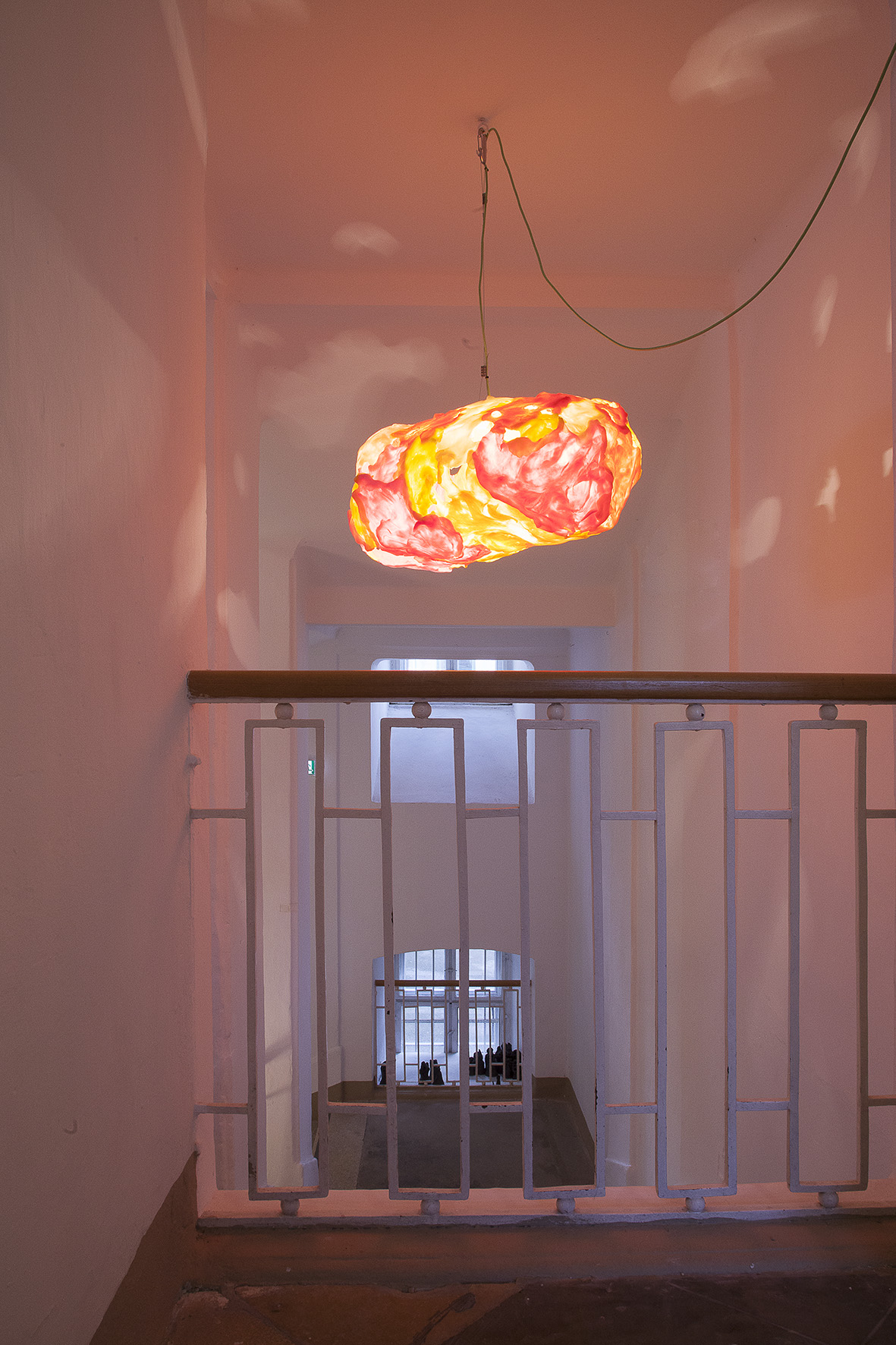 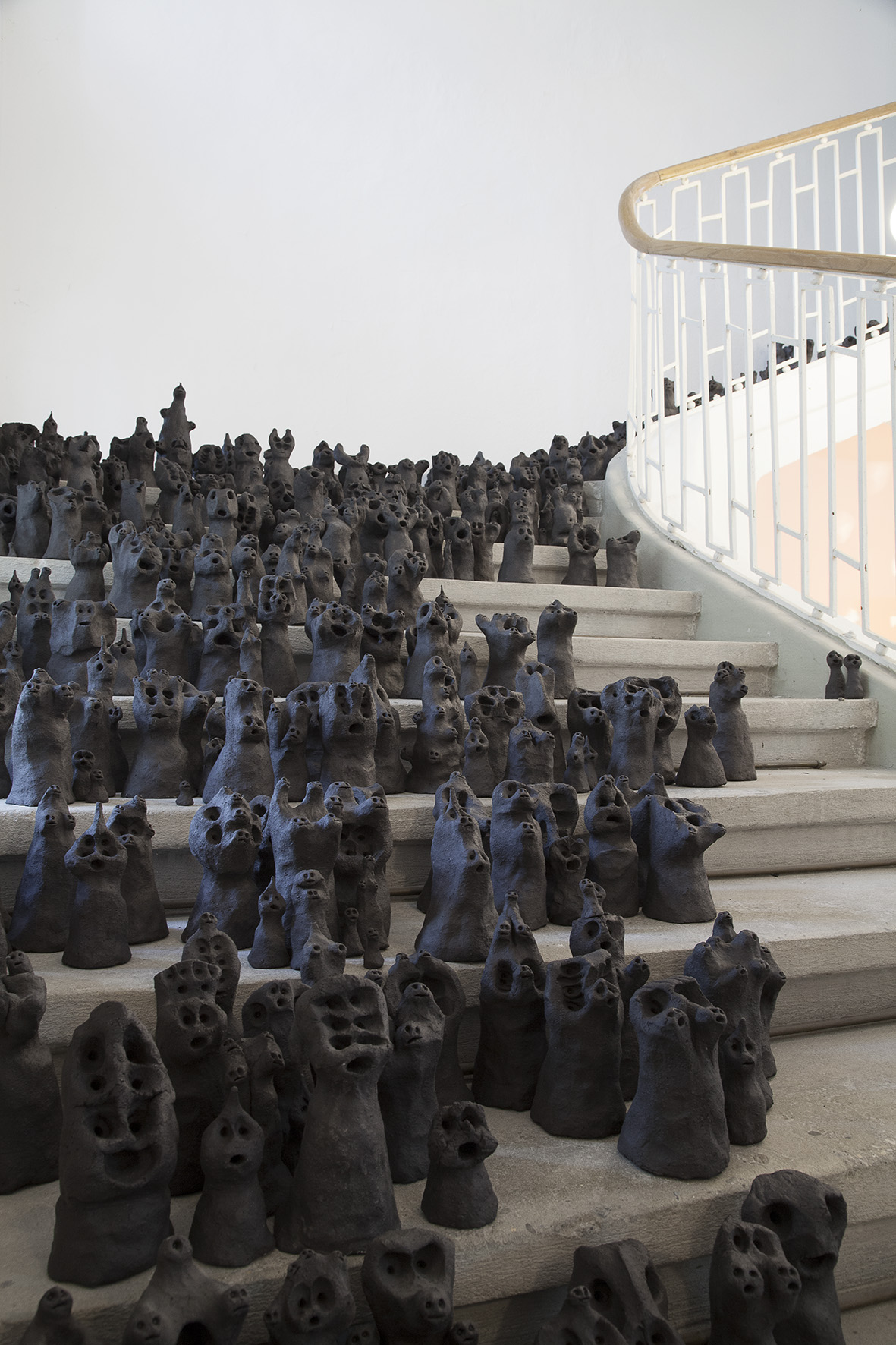 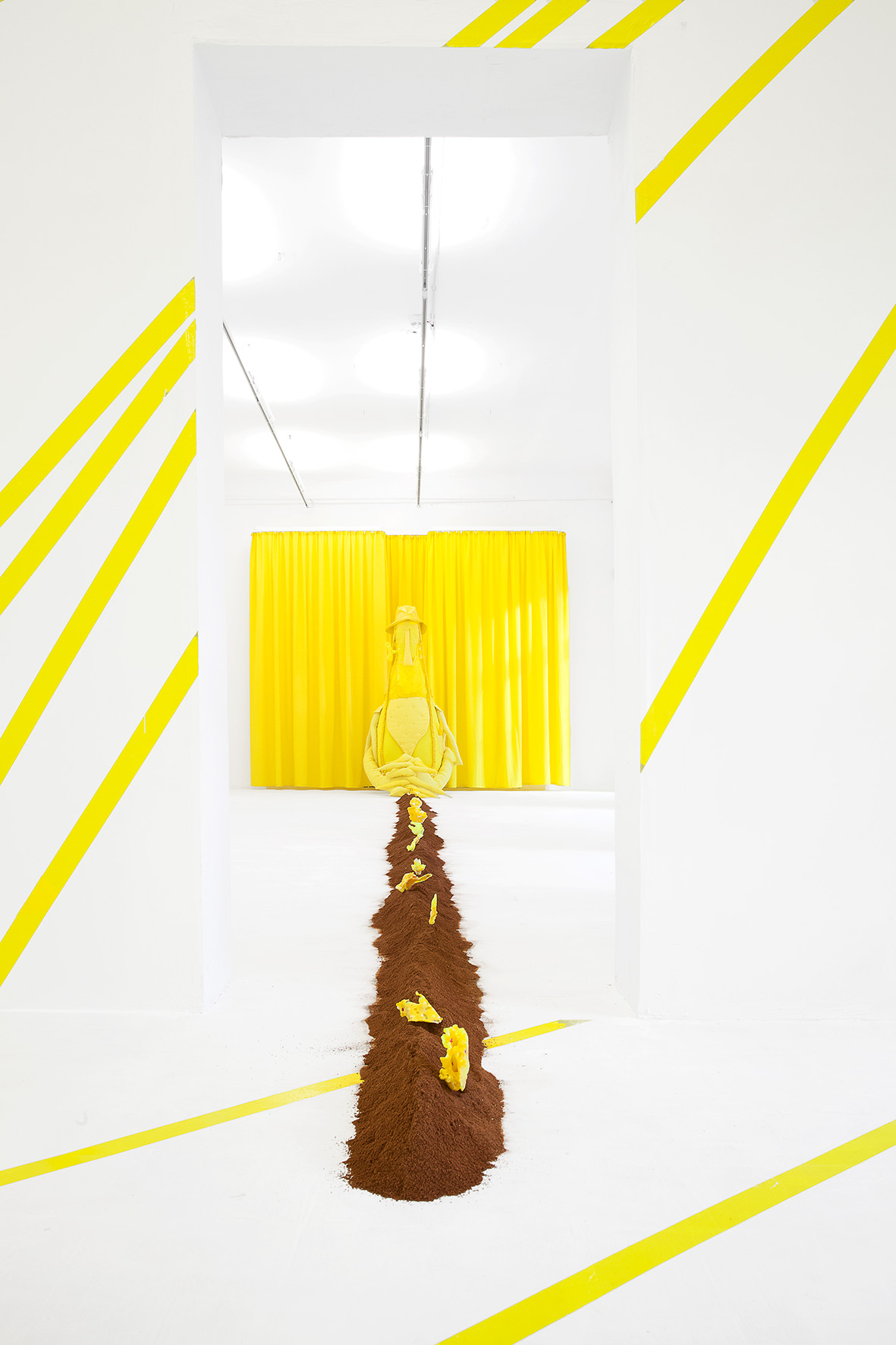 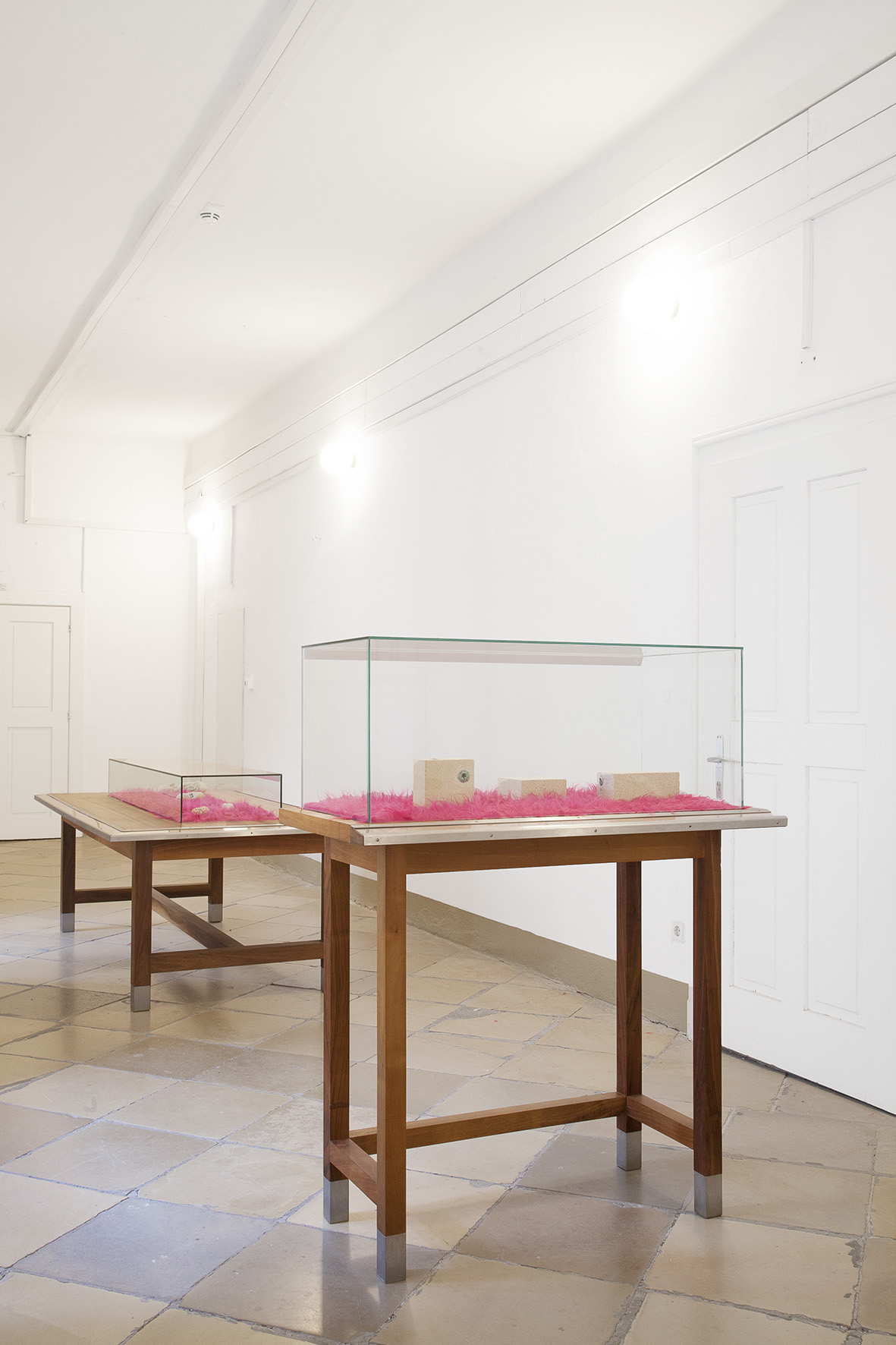 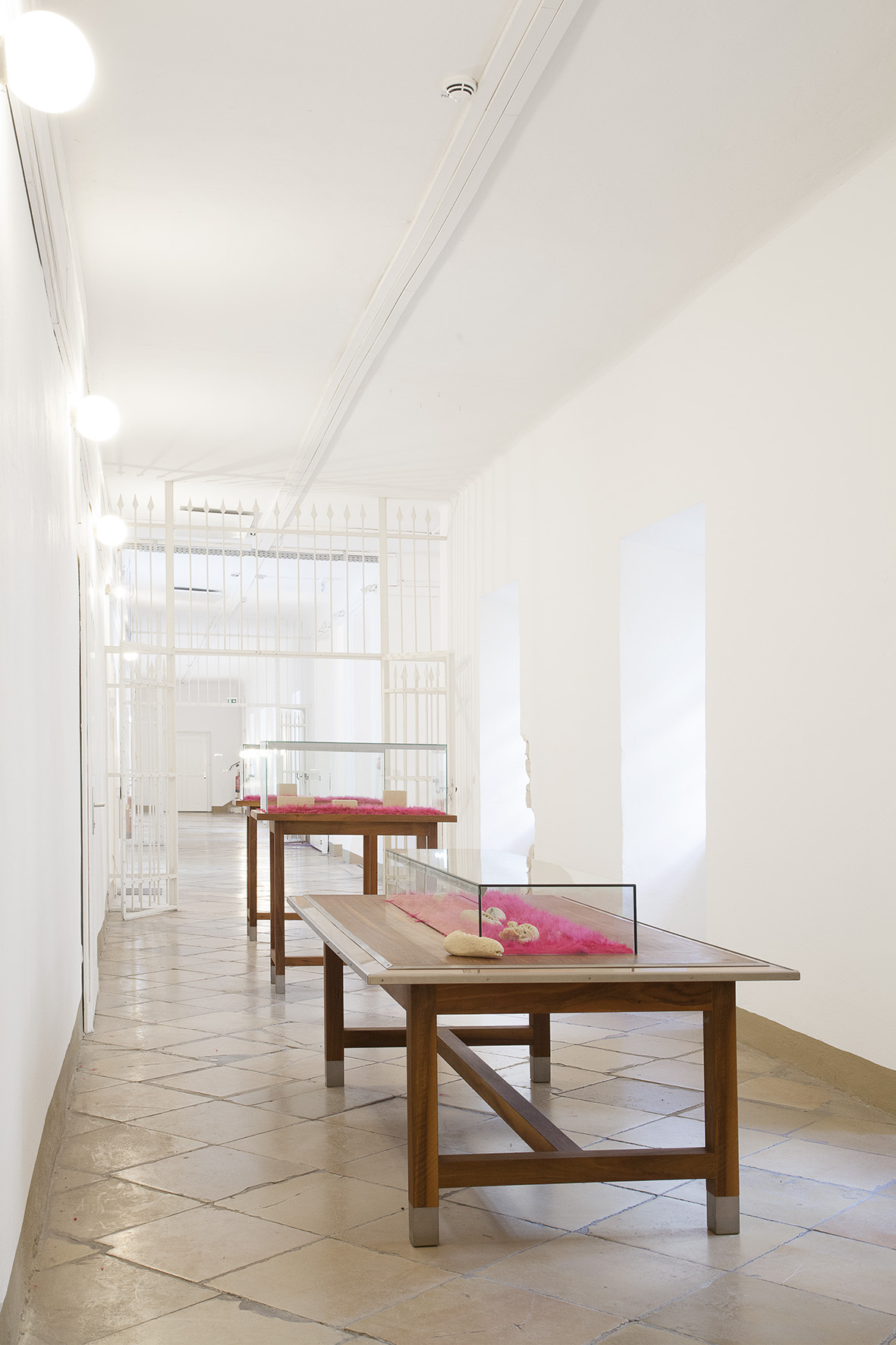 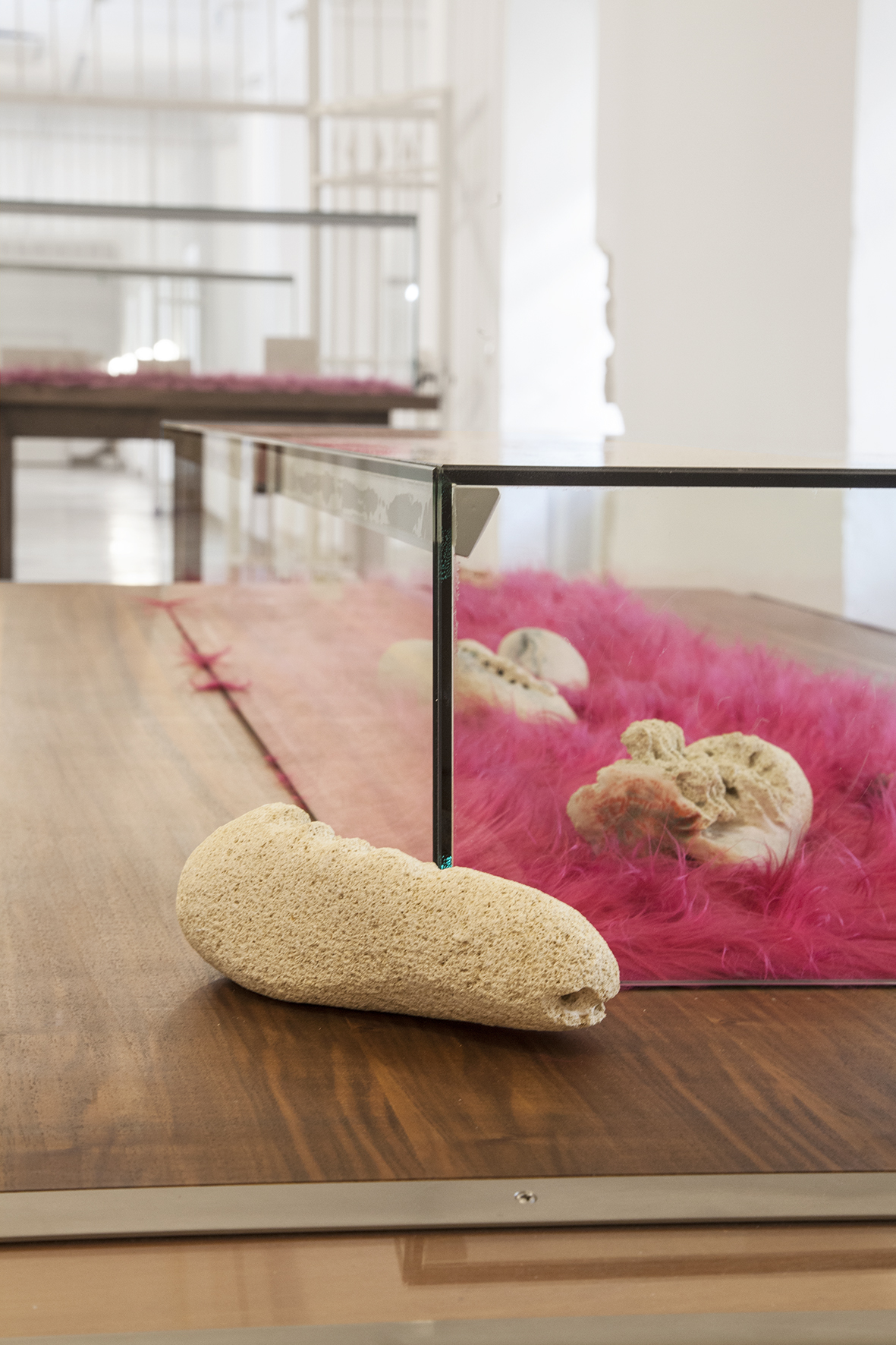 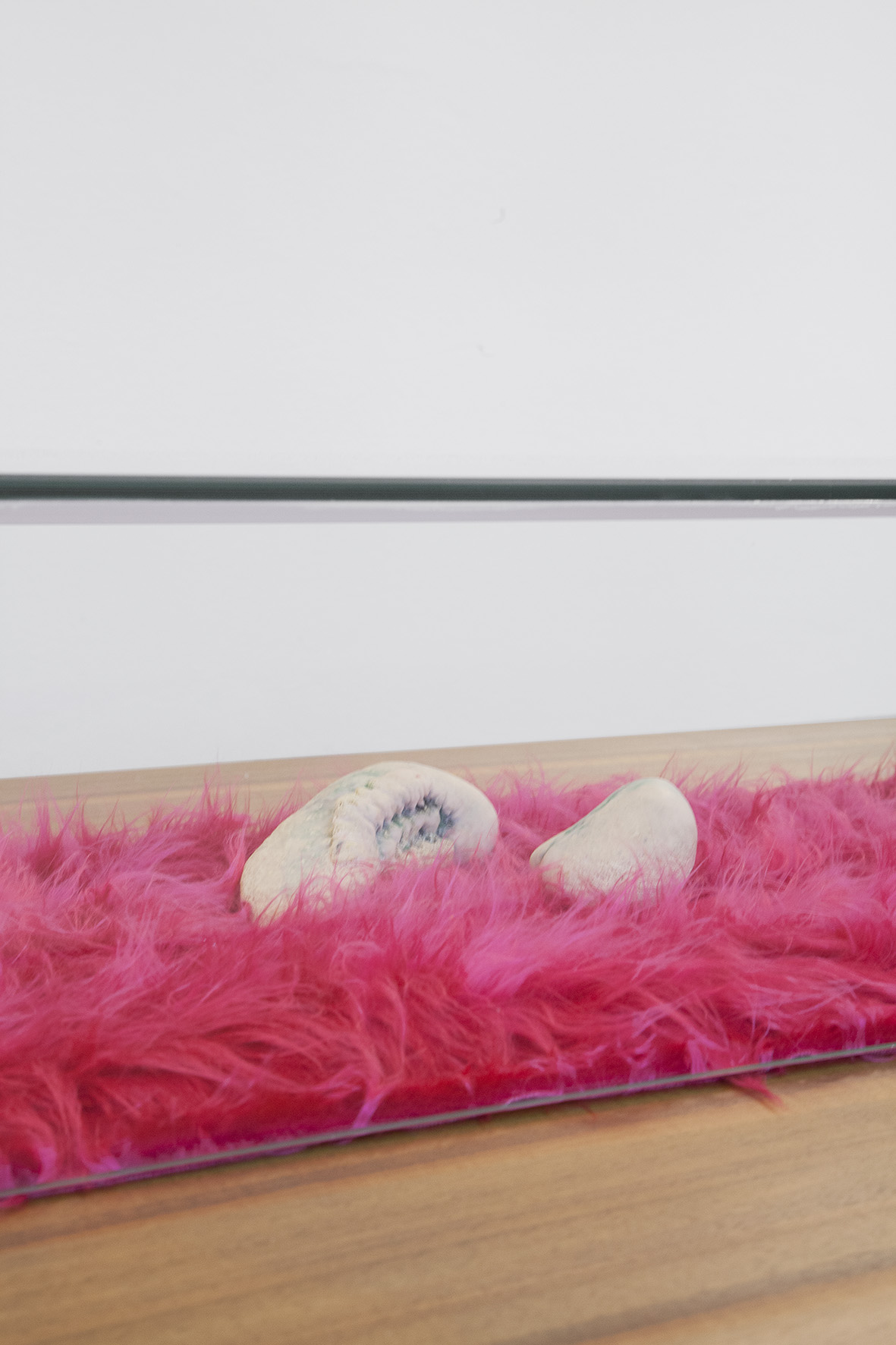 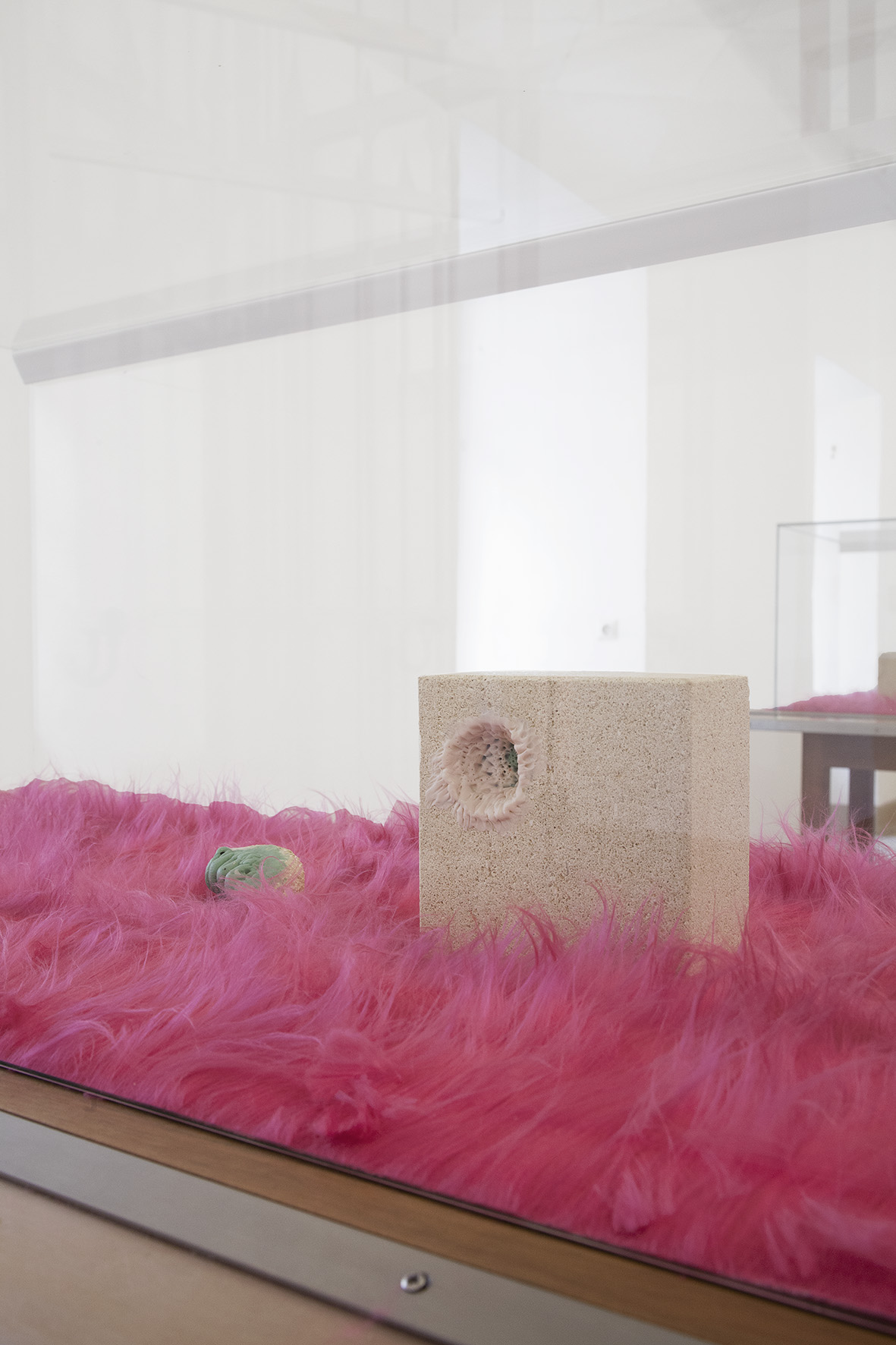 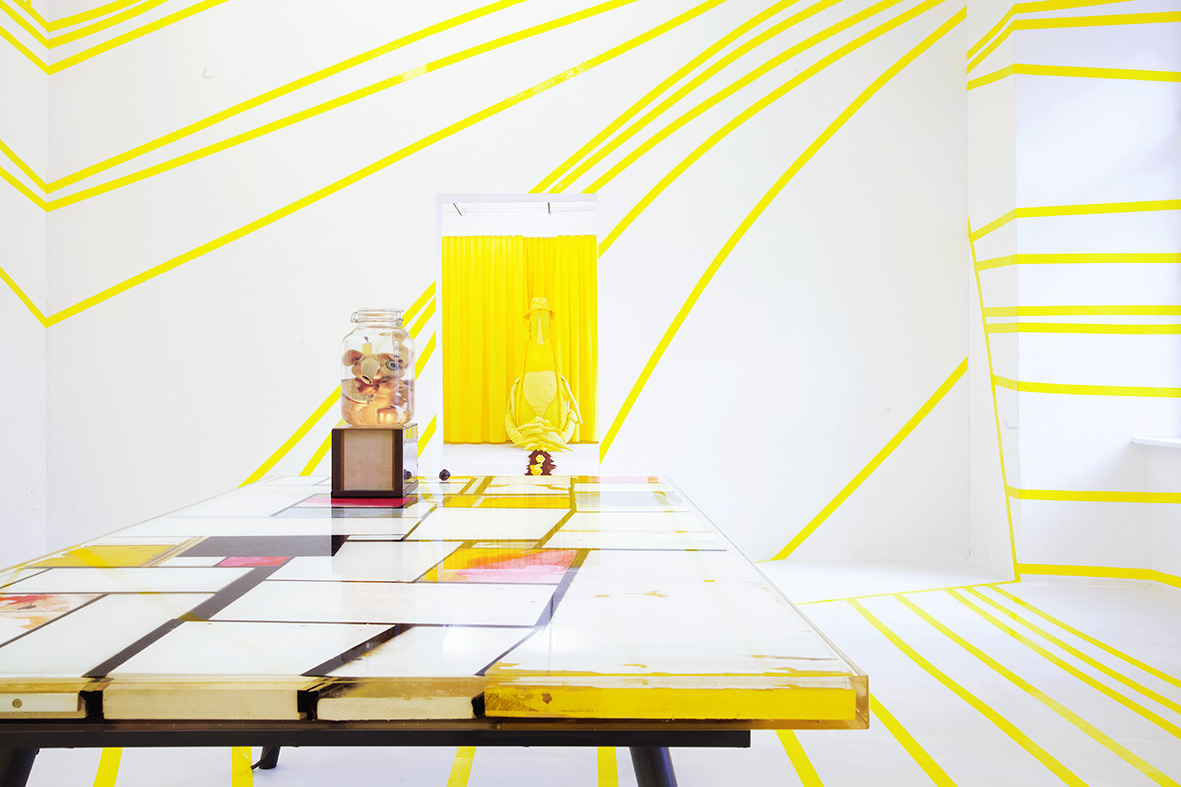 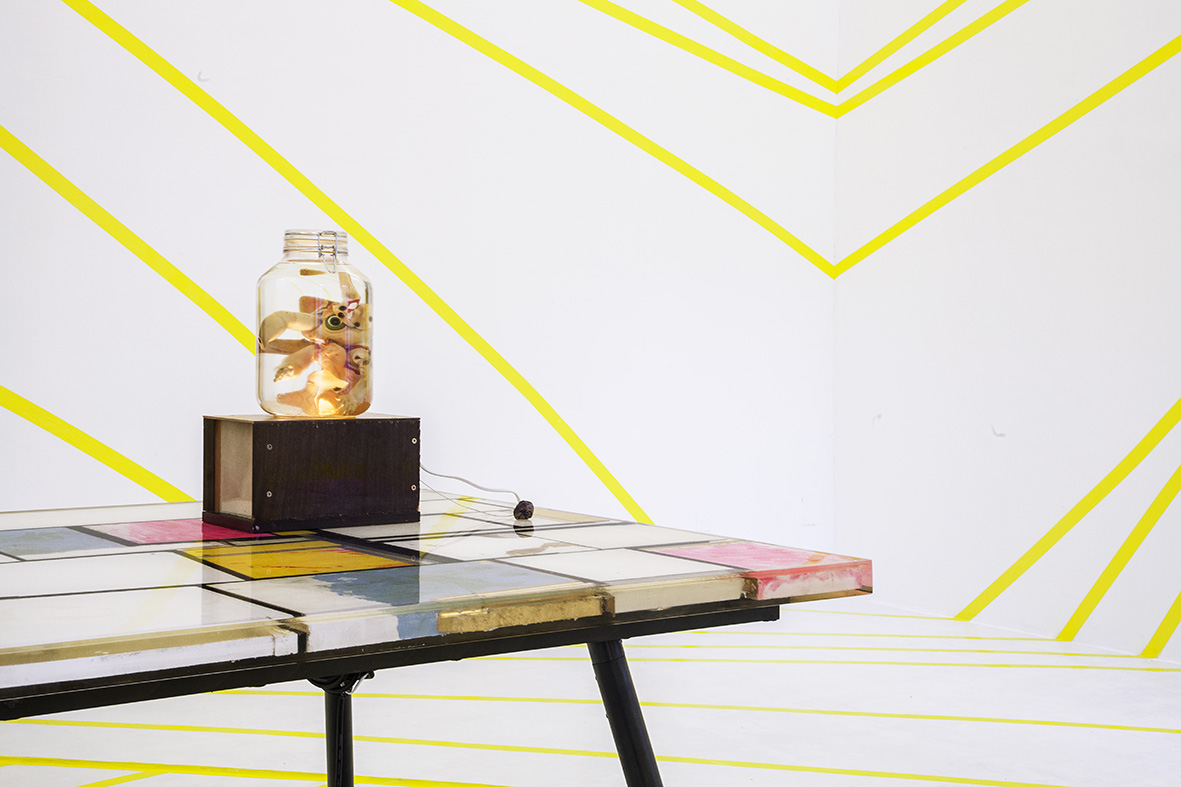 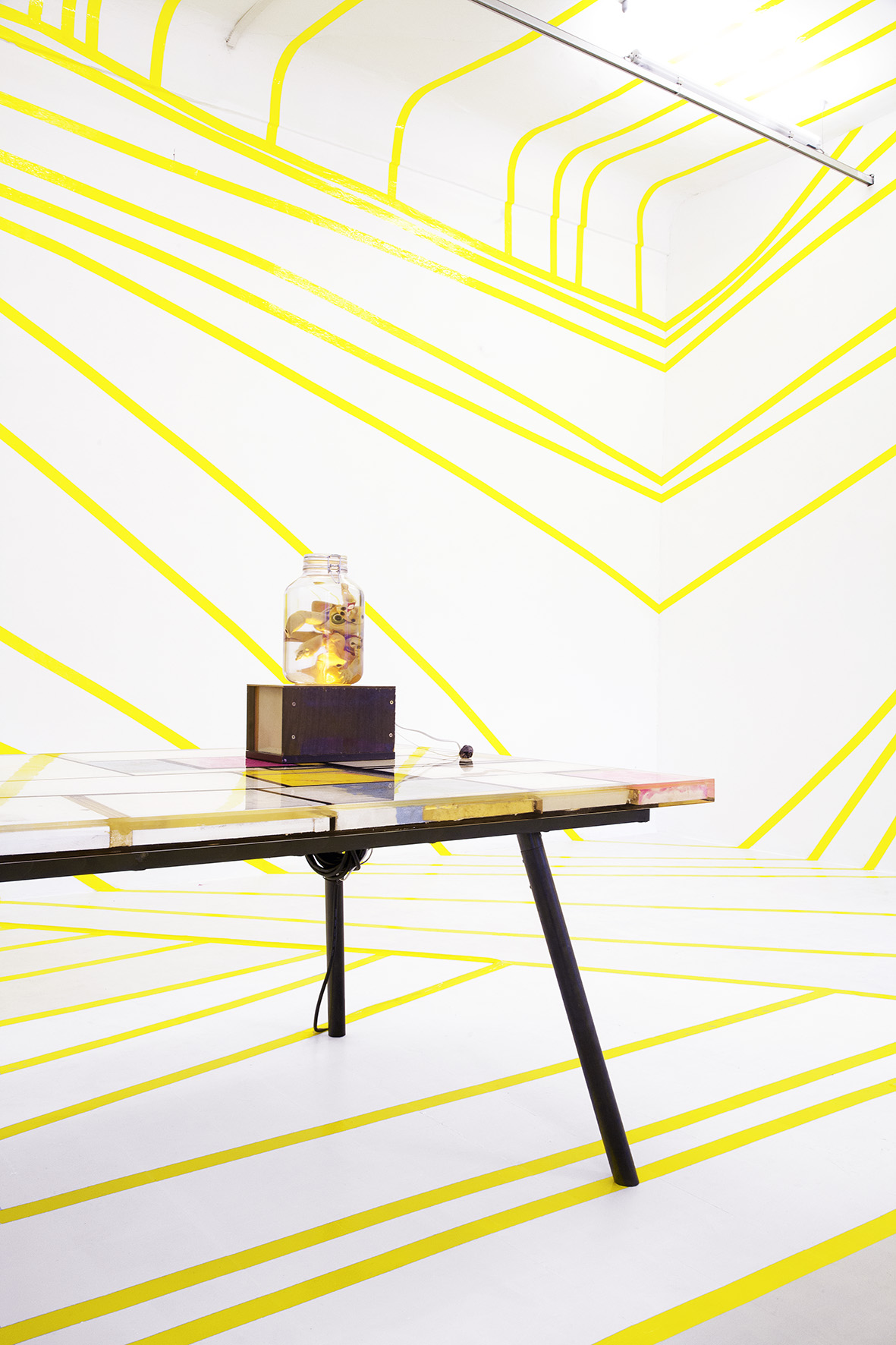 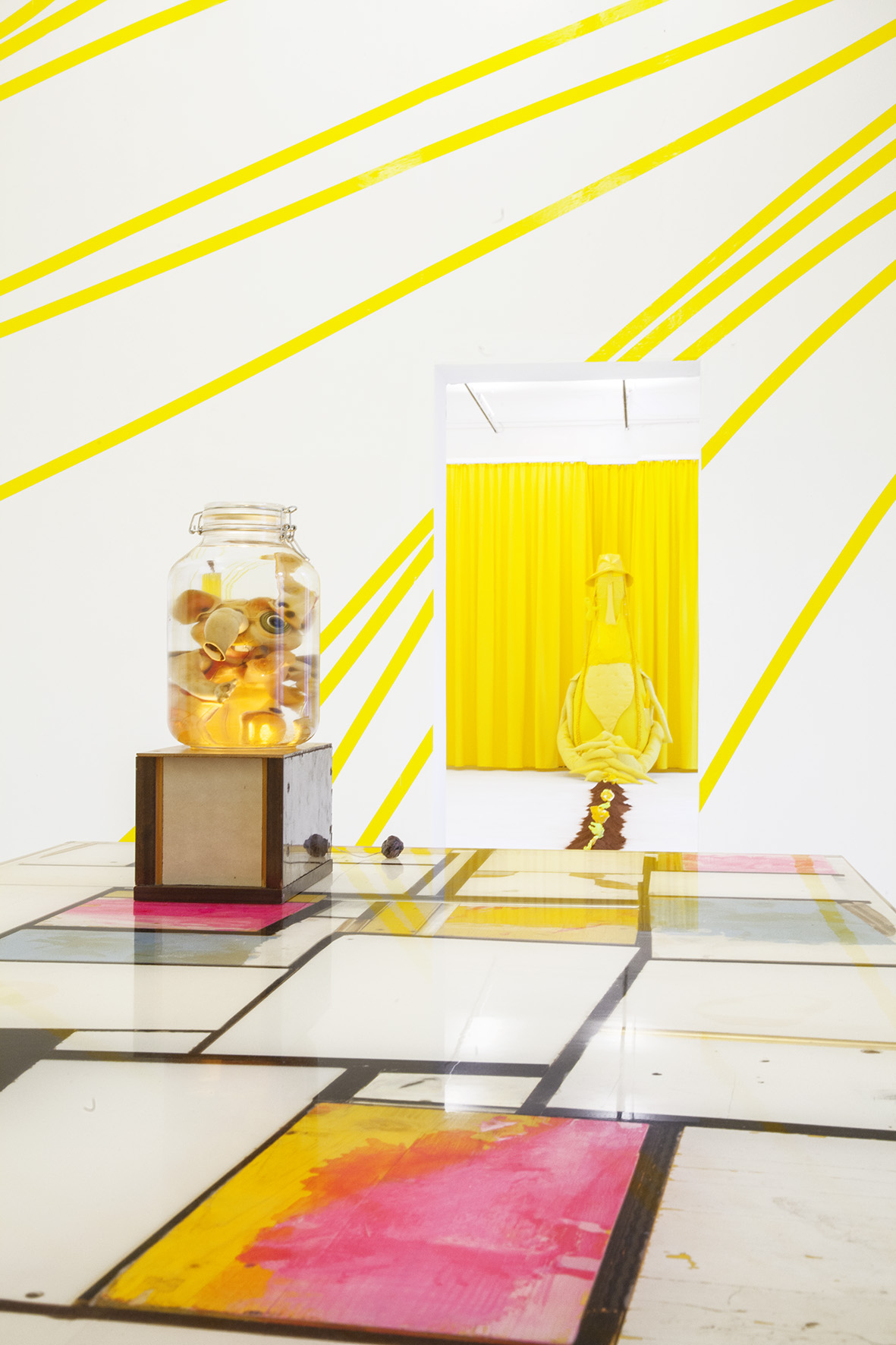 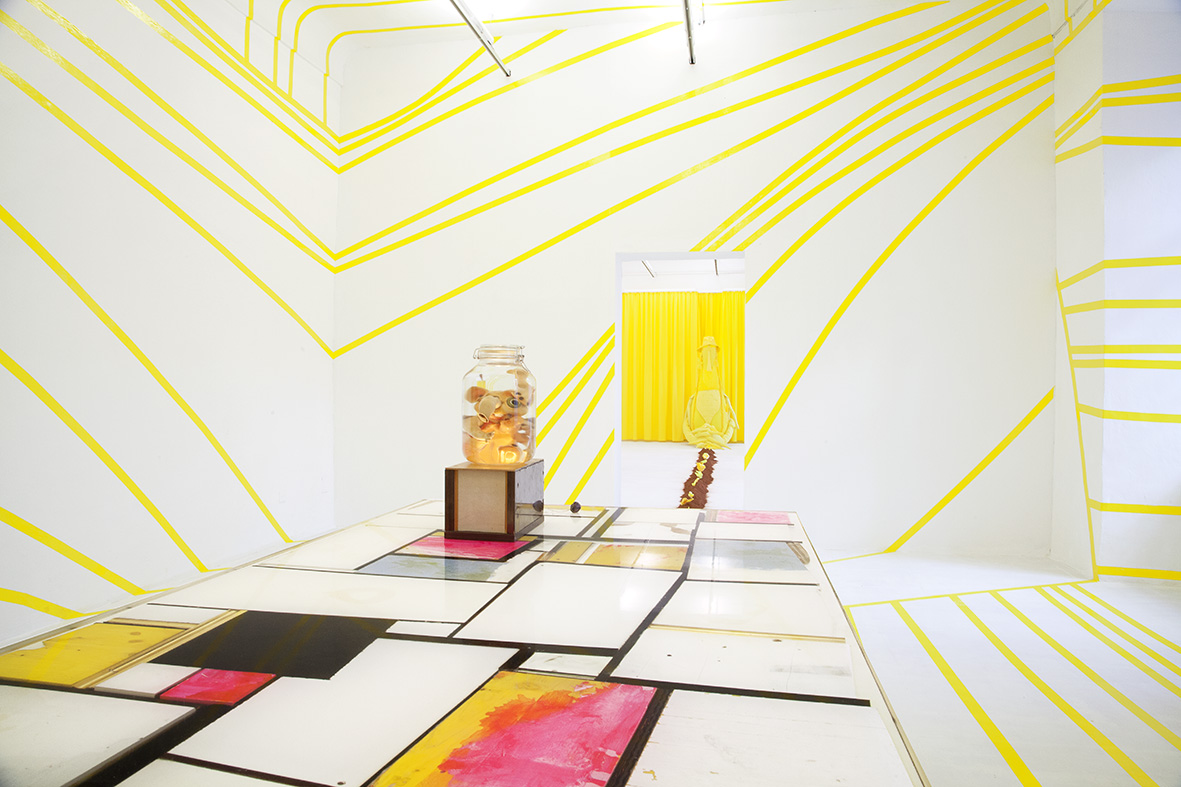 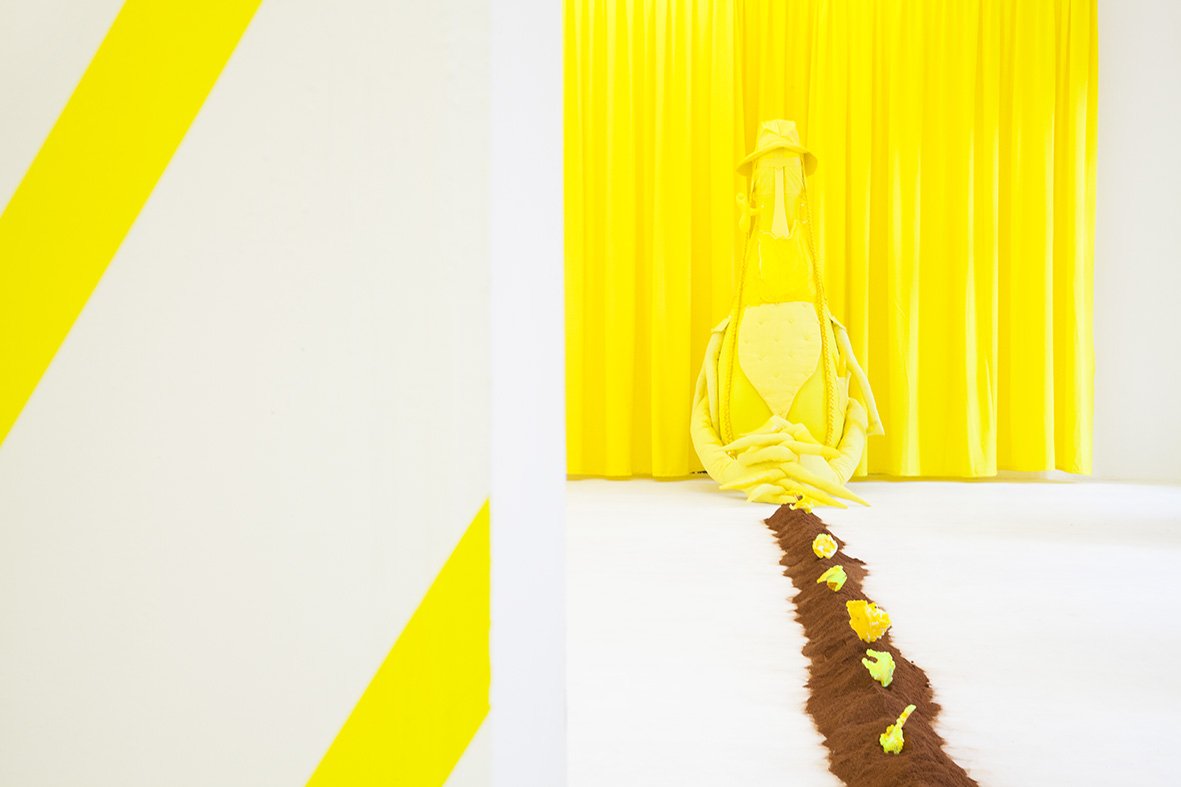 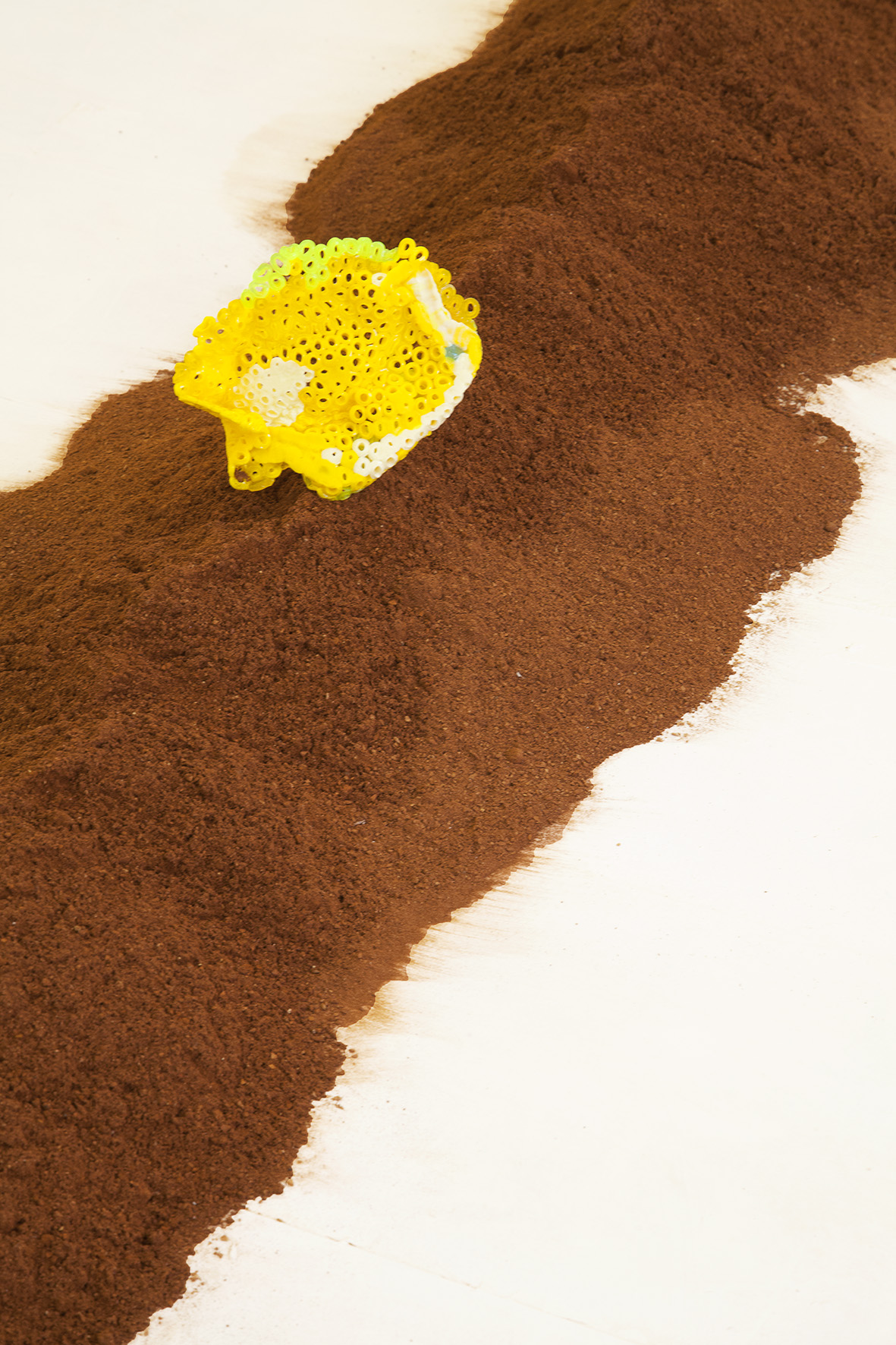 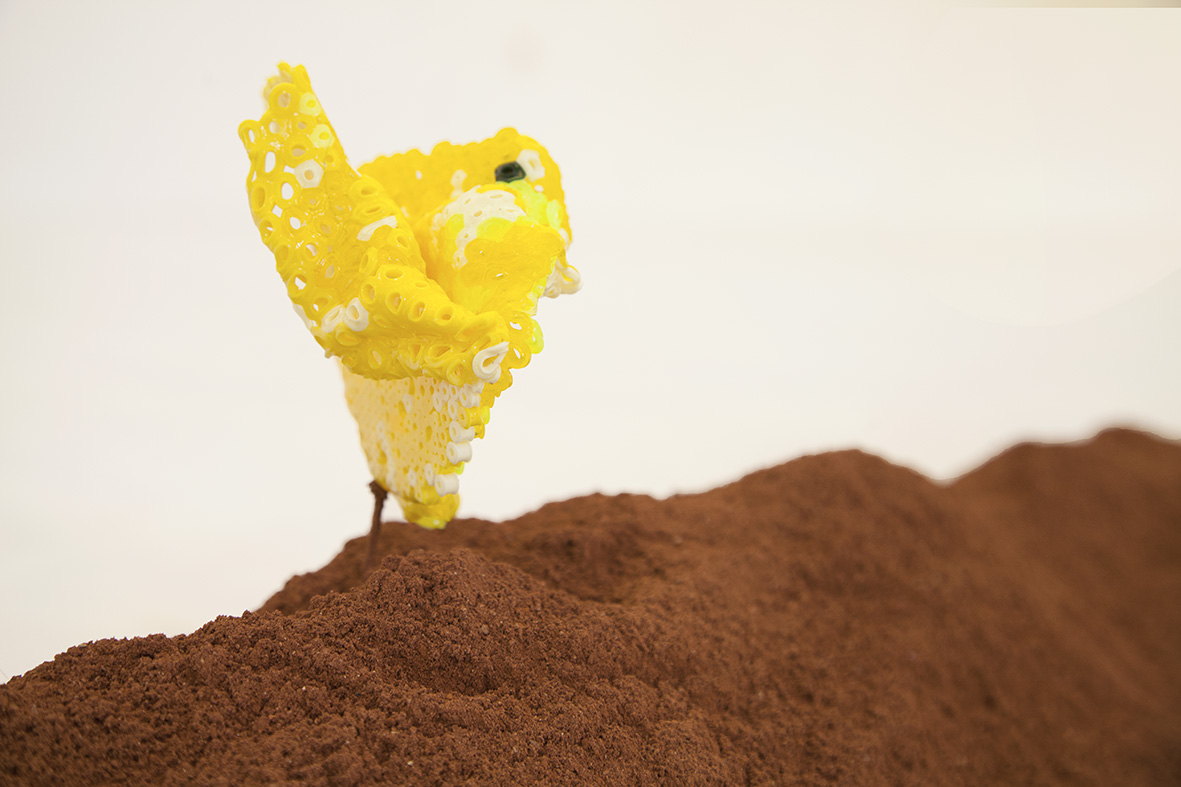 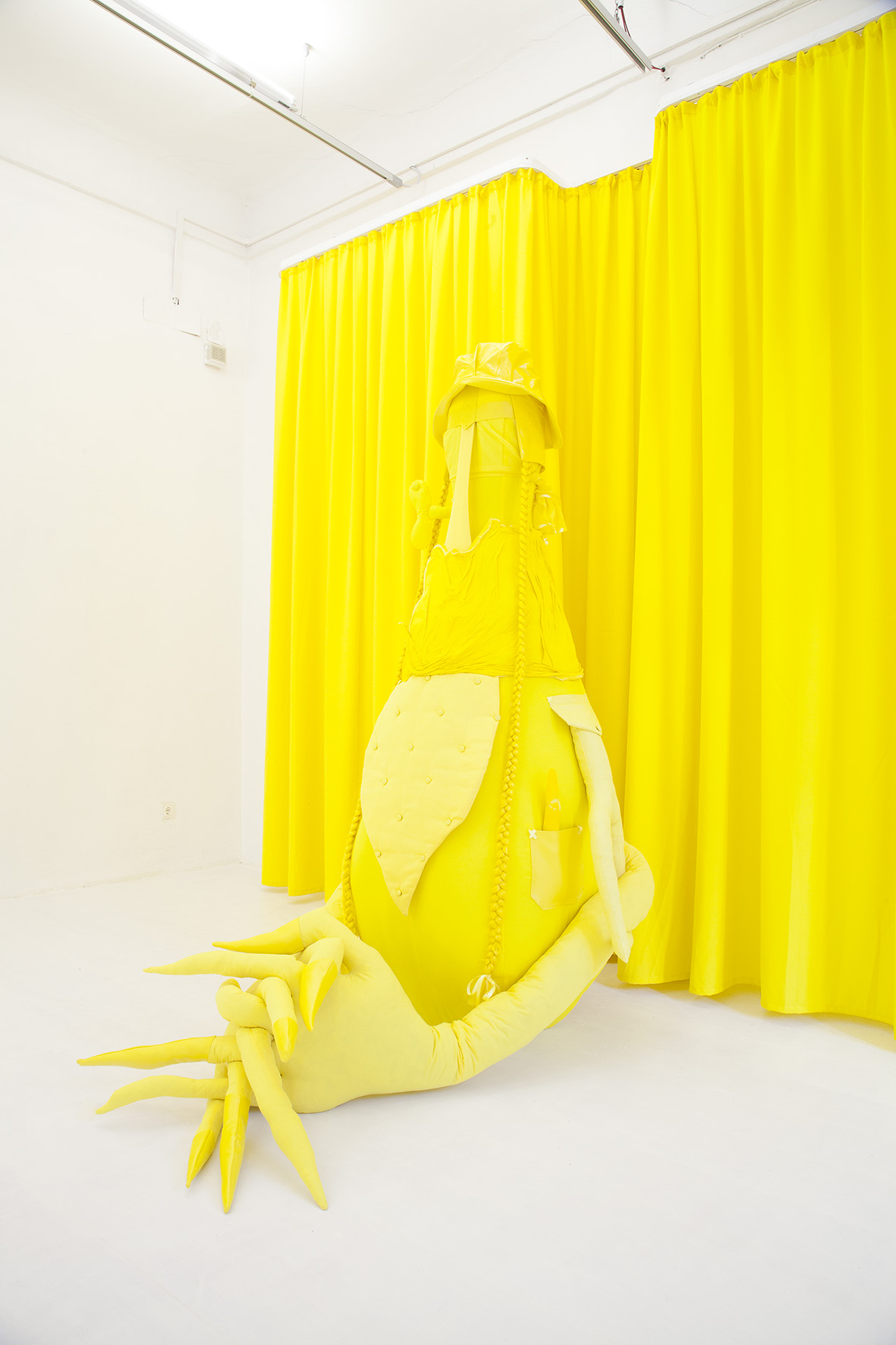 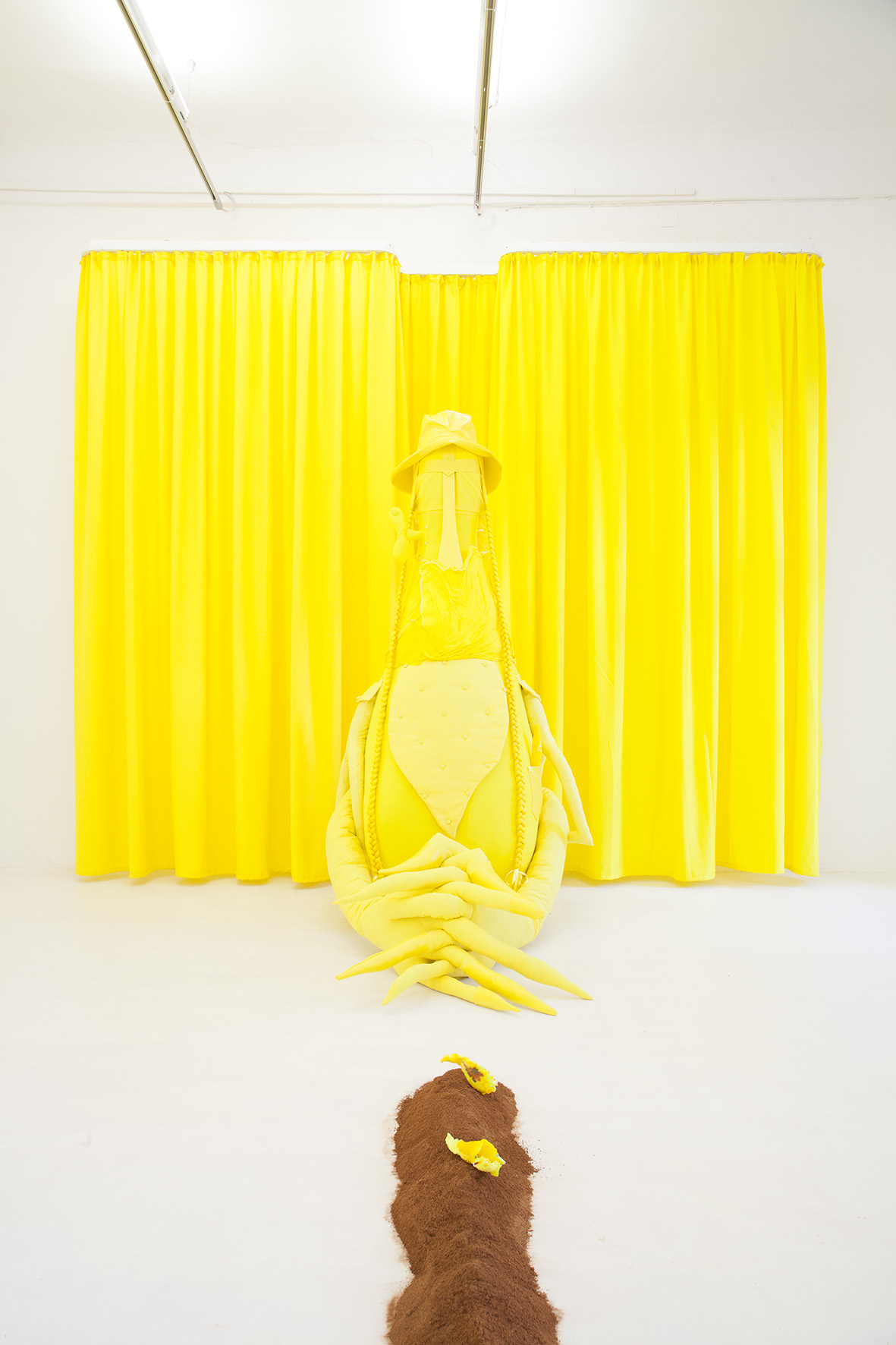 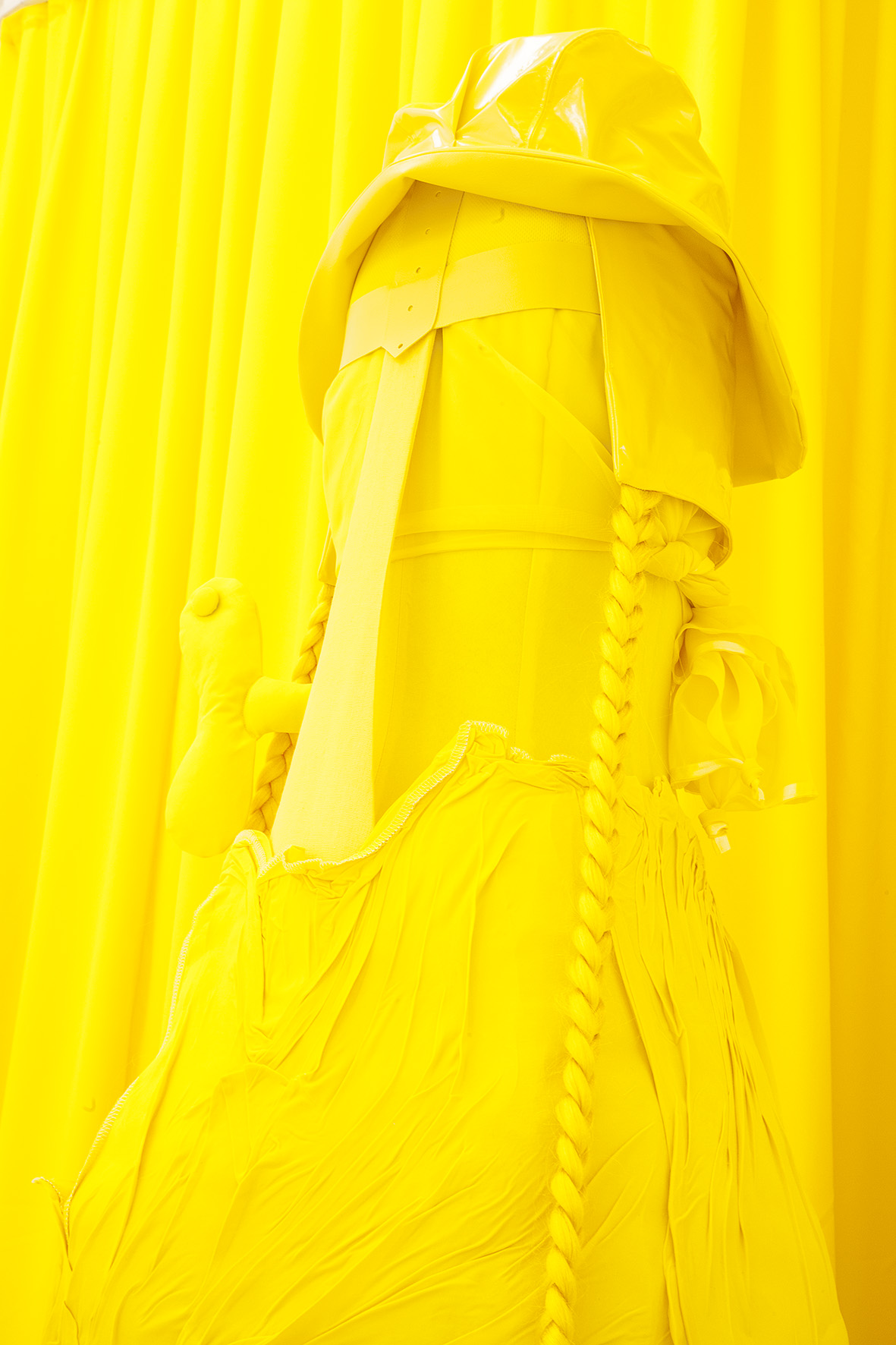 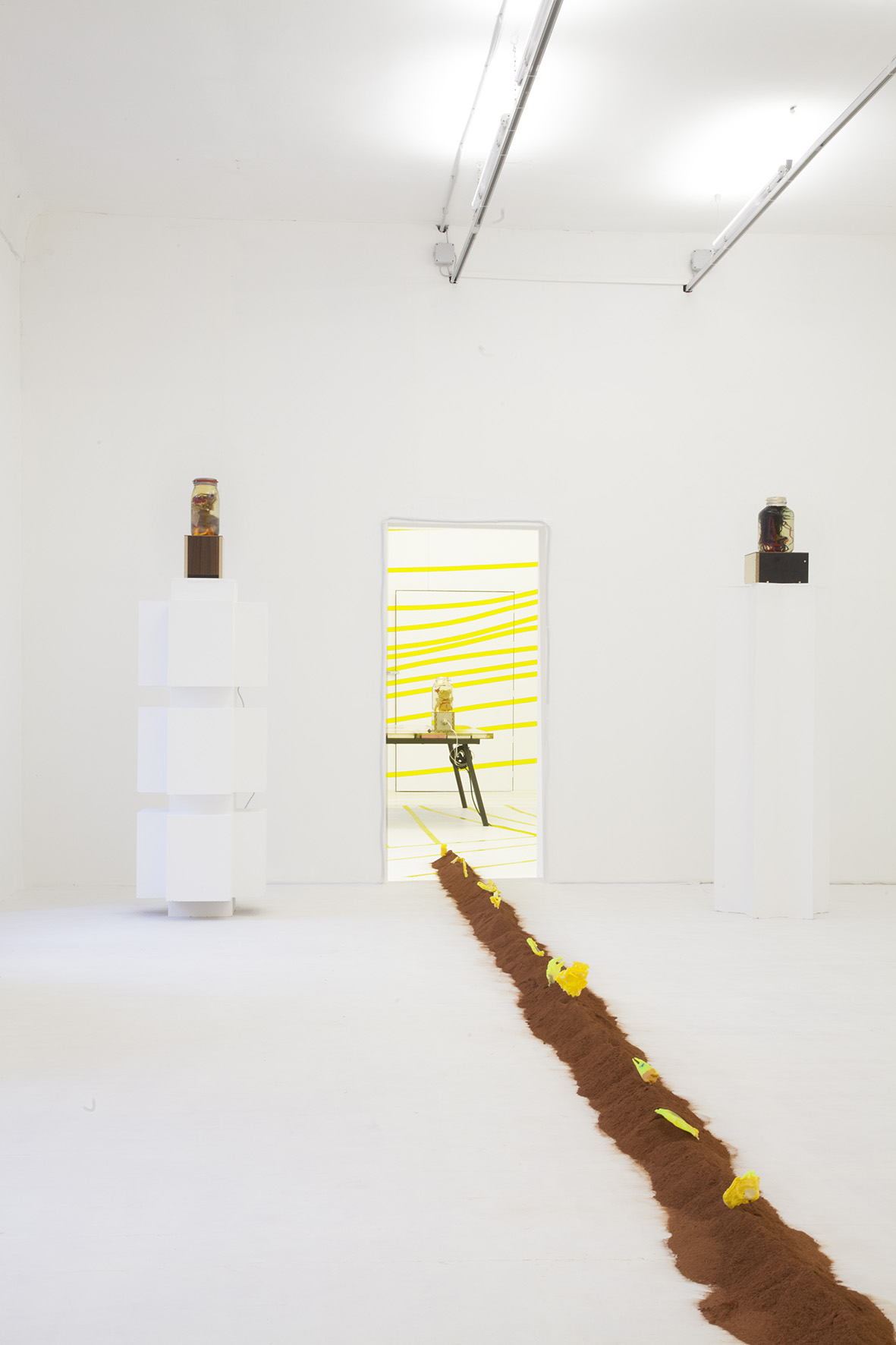 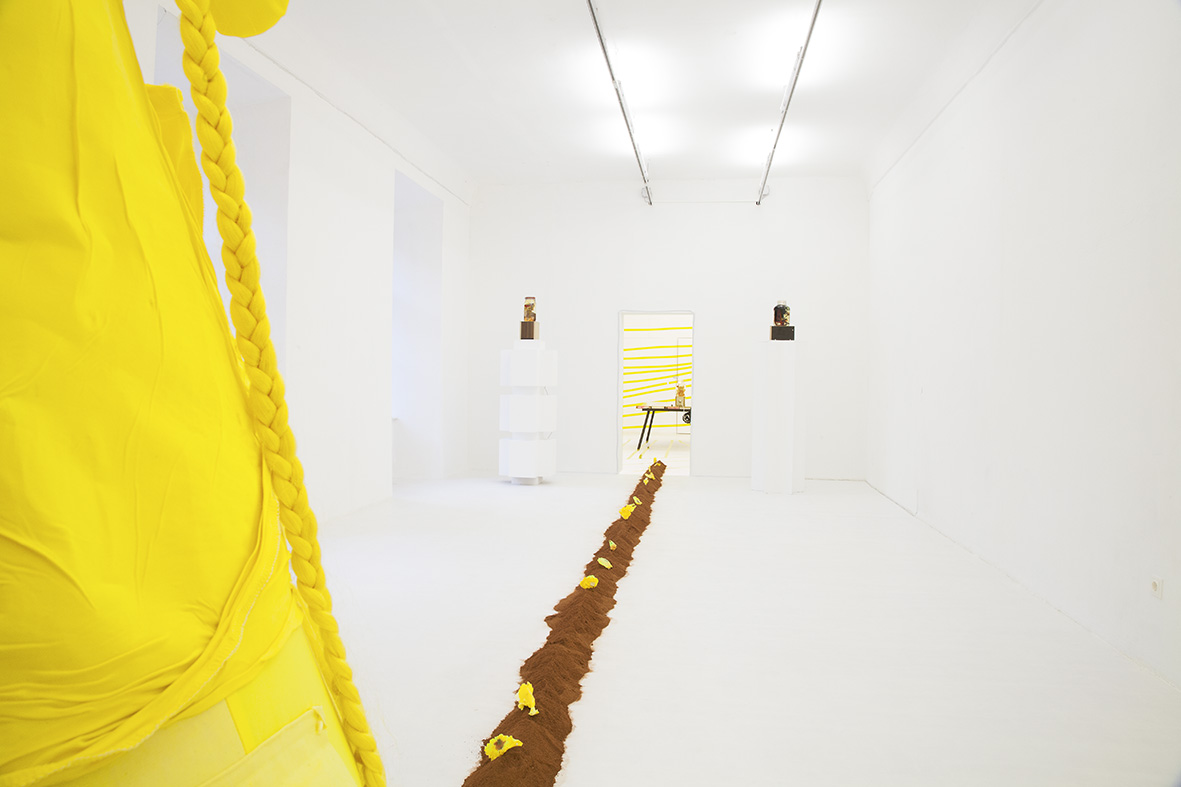 What makes objects and objects memorable? And when do the corresponding memories cease to exist? Do memories even exist, without someone to share them with, without the place to which they belong?
On October 2, 1959, a man wandered across the screens of the United States, seeming not only to have lost his memory, but also to search in vain for his fellow human beings, who seemed to have disappeared off the face of the earth. The first episode of the televisual series "The Twilight Zone" described man's fear of being alone. Surrounded by inanimate things, these act as a medium between the real, material world and another (hallucinogenic) world.
What is presented to visitors as a scenario in the exhibition is a place halfway between two worlds.
On display are lush curtains and a massive play figure by Ann Muller followed by a line of sand peppered with "dodgy" beads and, slightly outside, intimate (body) parts by Ivana Kralj tucked away in vitrines as well as the light stripes of Lotta Hering, besieged by countless archaic ghostly figures of Franz Nigl, at best defended by Gelitin's recombined life forms preserved in glass jars and supported by a tabletop of recombined furniture parts cast in synthetic aspic, partially illuminated by a cocoon of thermoplastic.
Only: who really lives here?