Our slice of time together at Flip Project / Naples 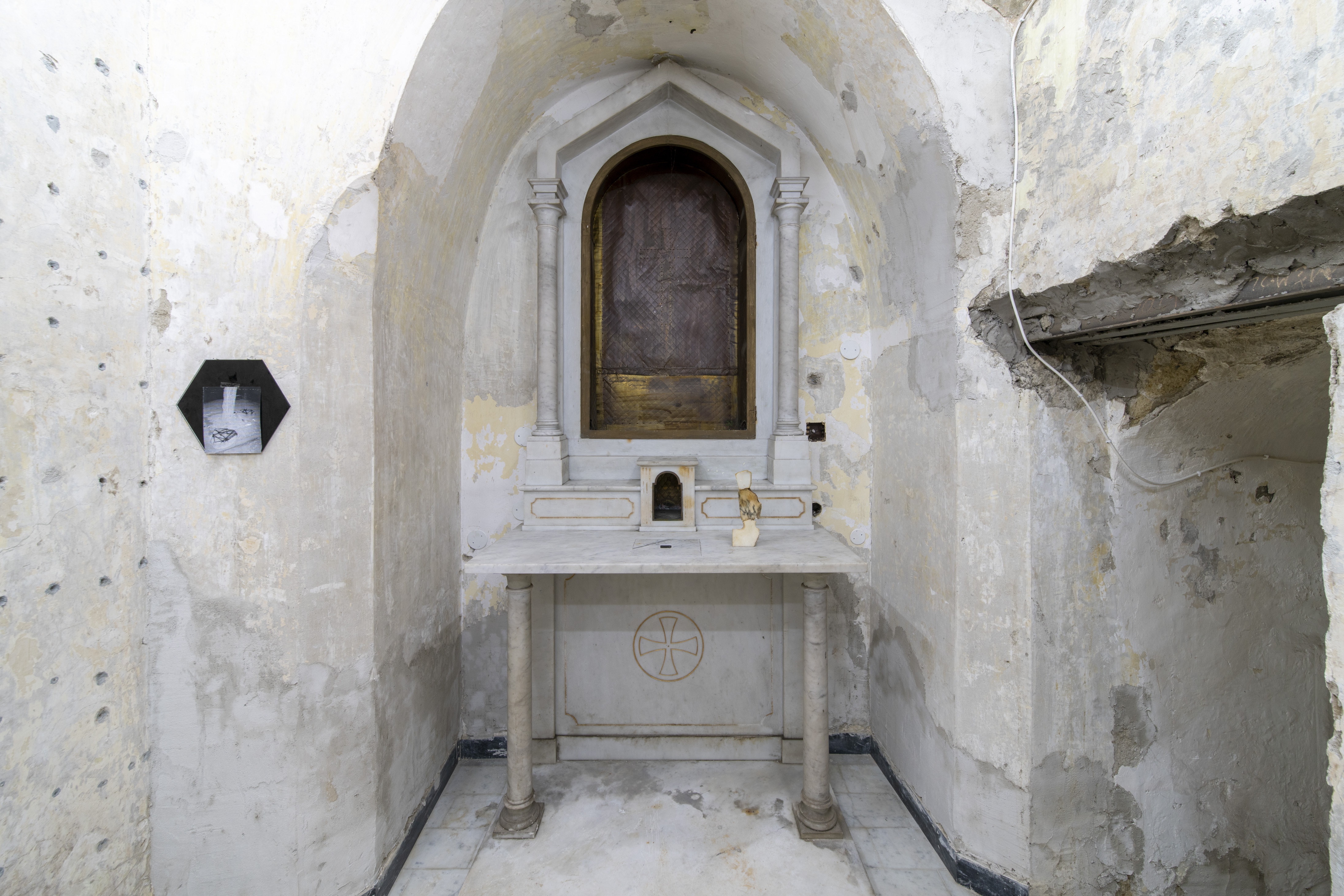 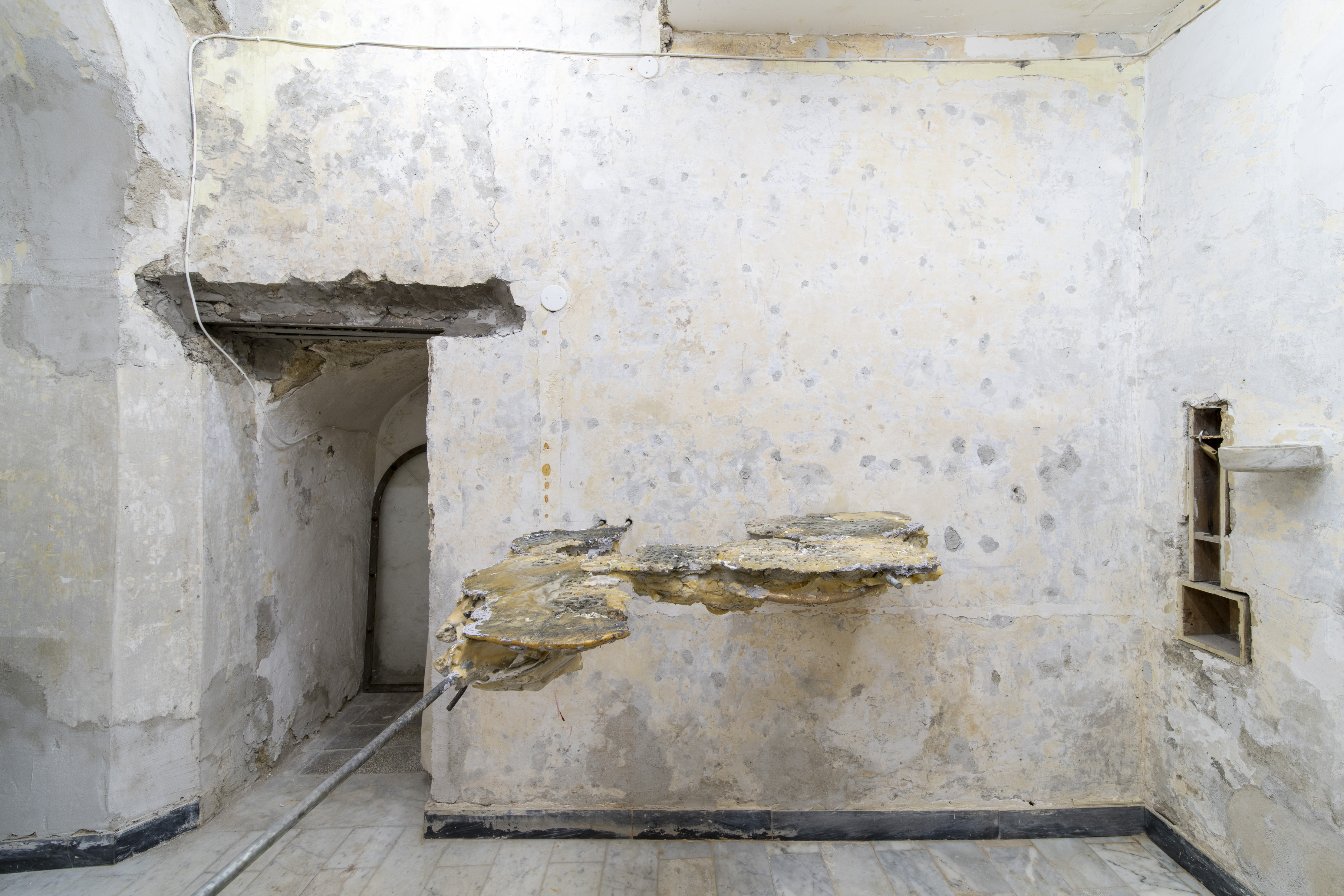 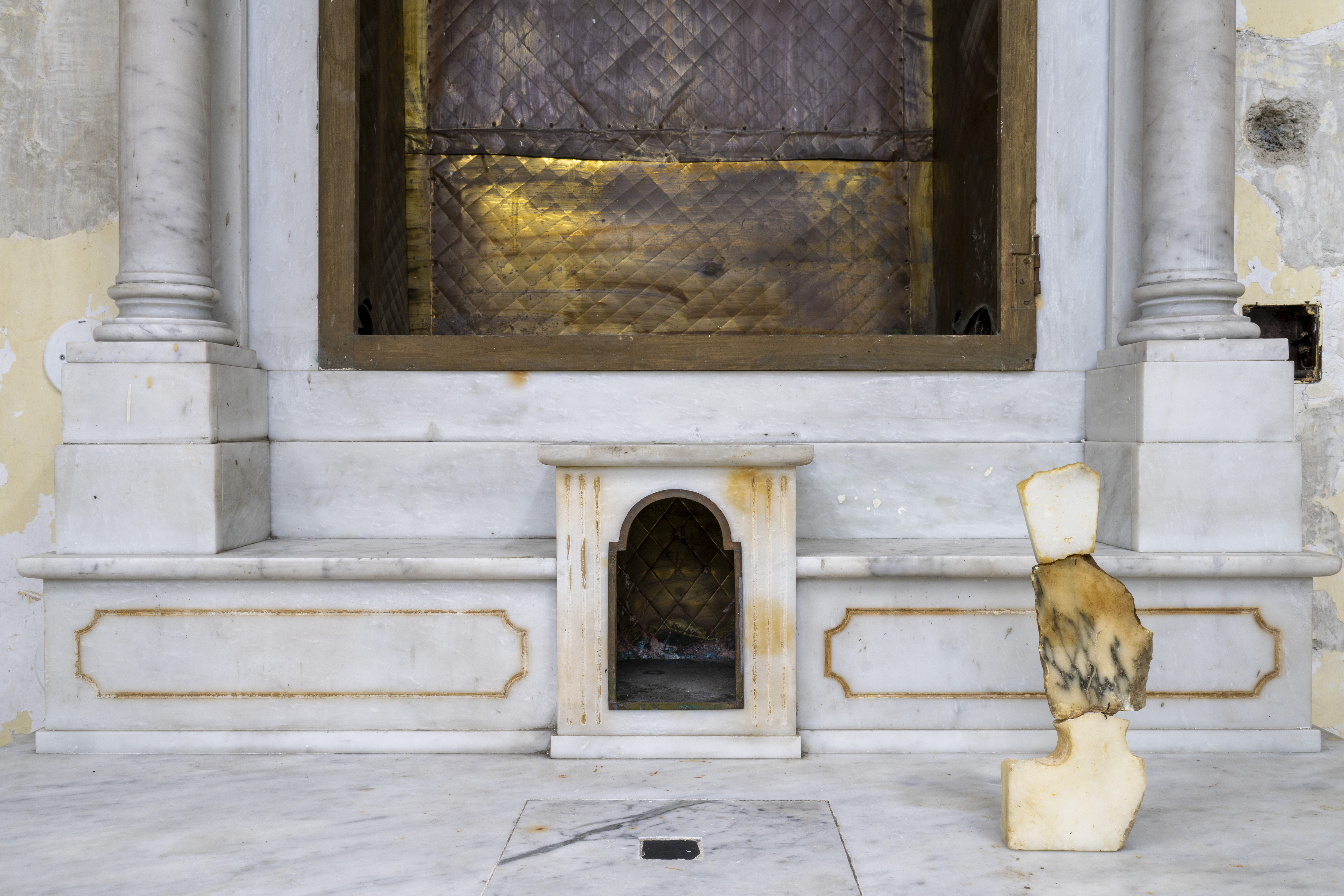 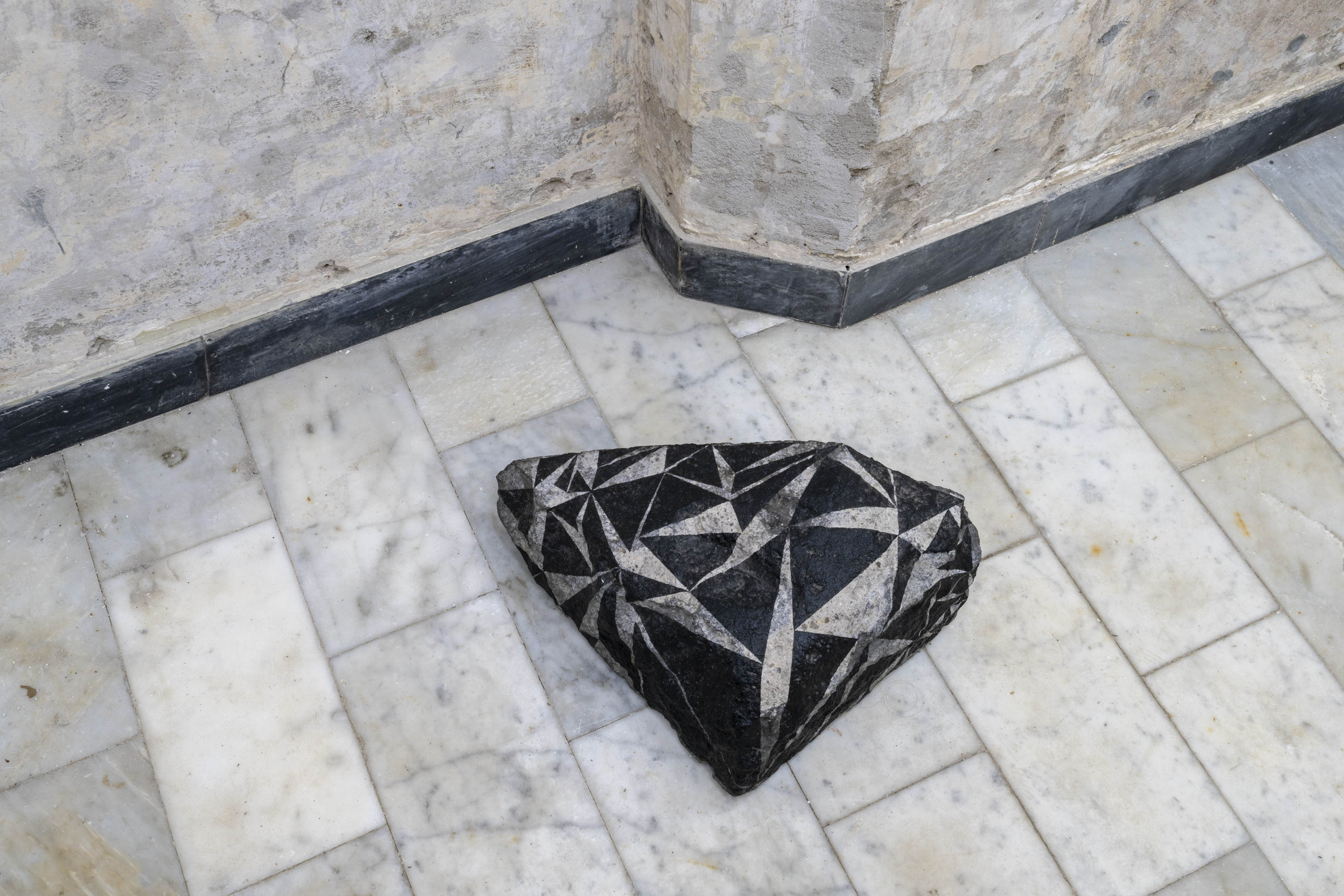 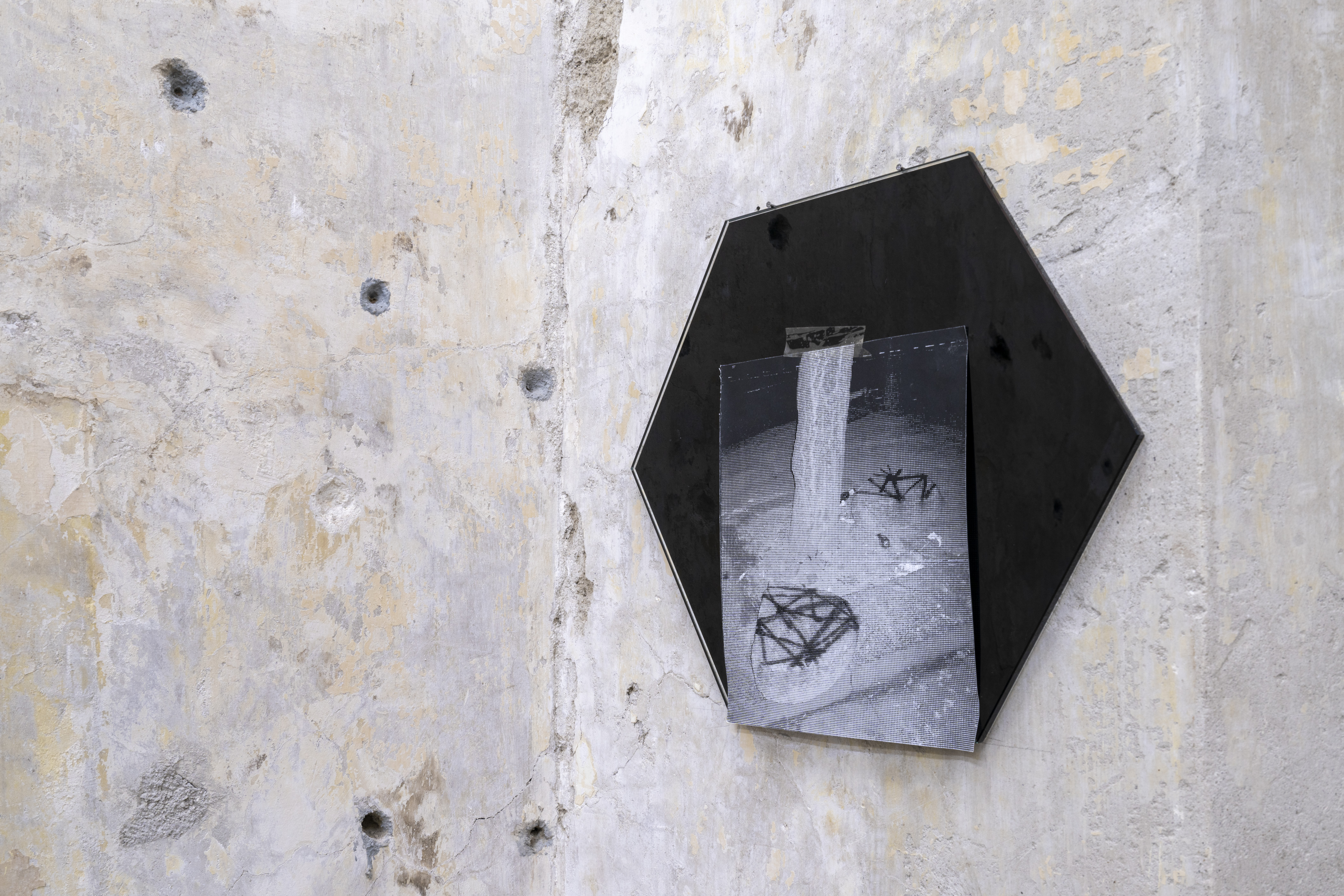 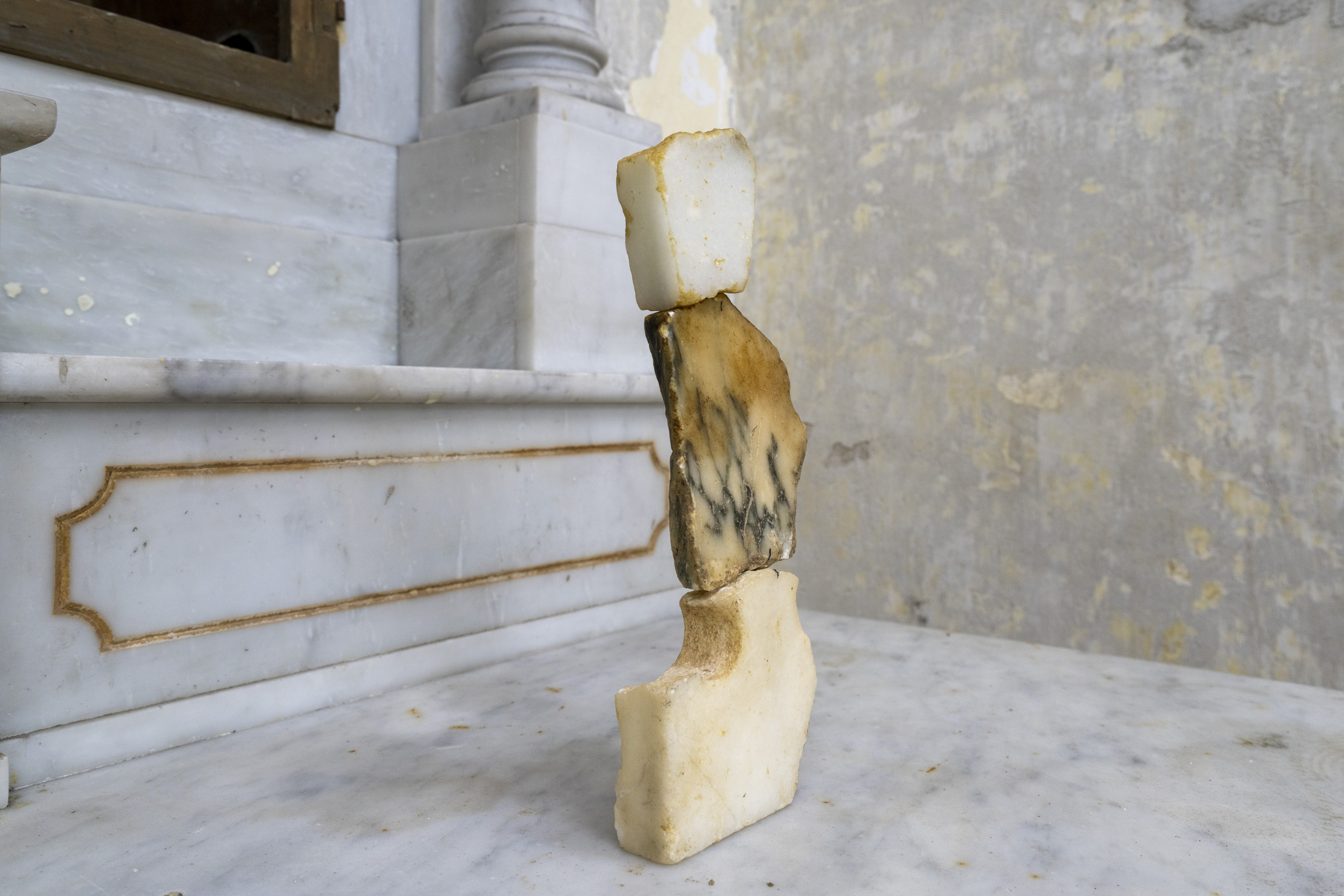 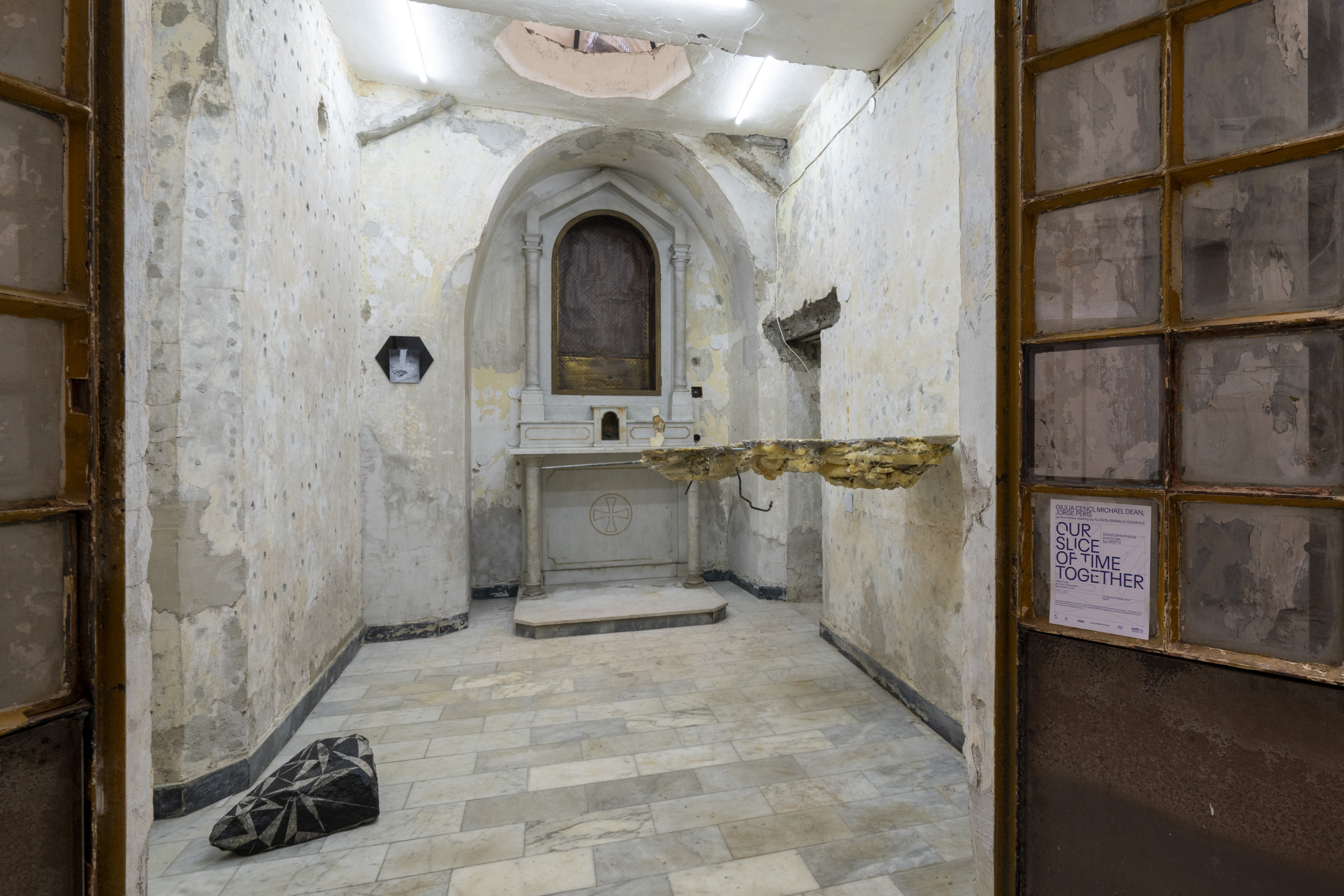 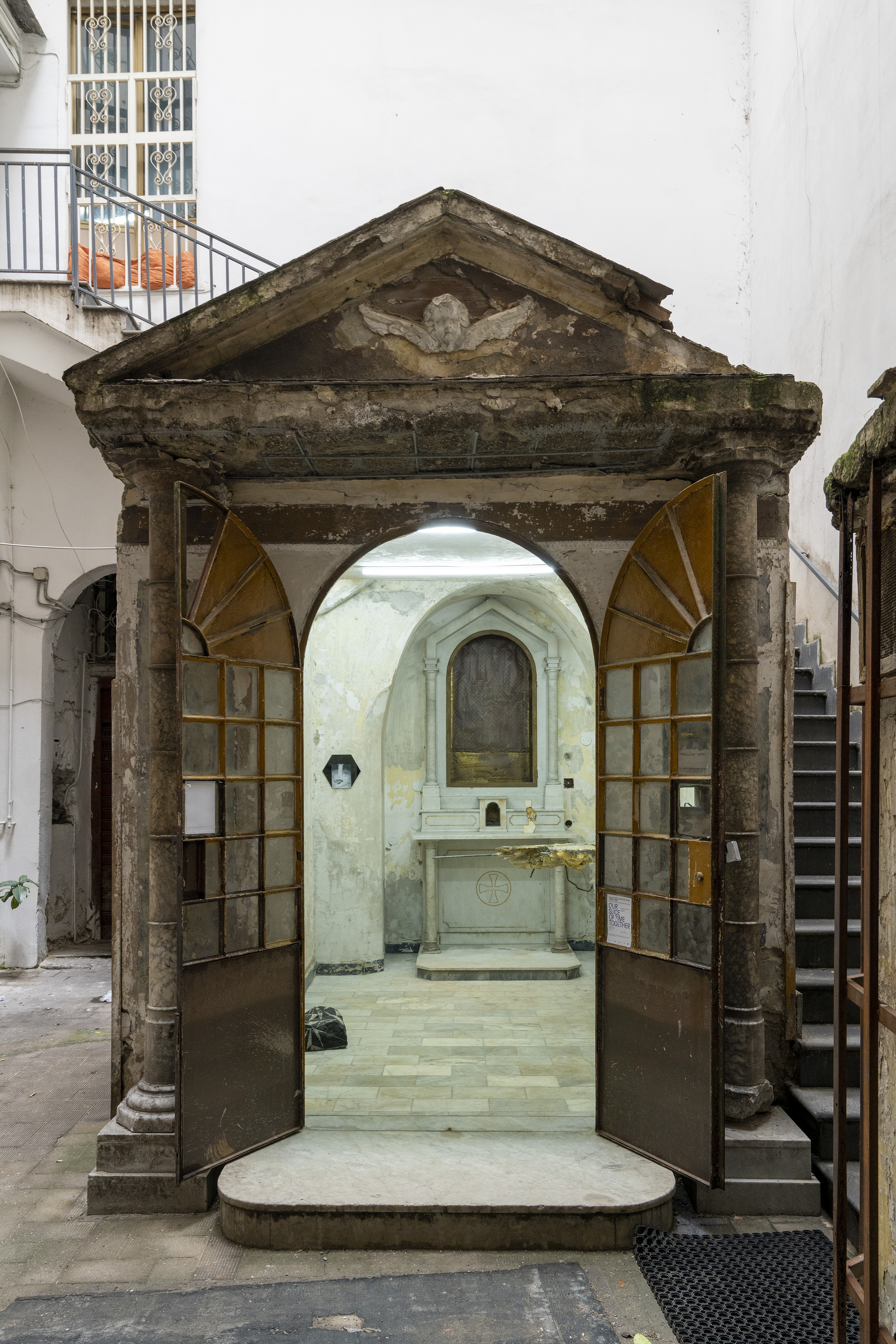 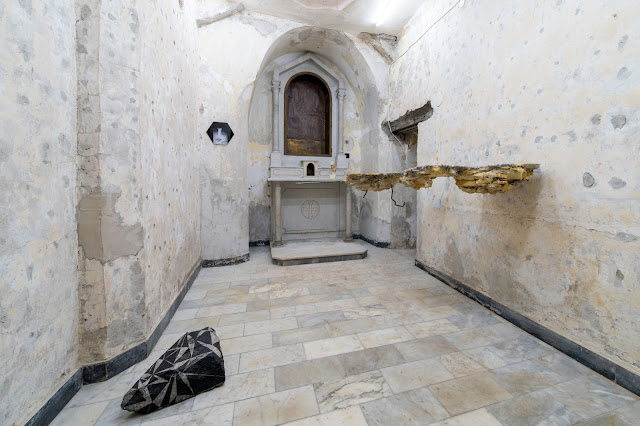 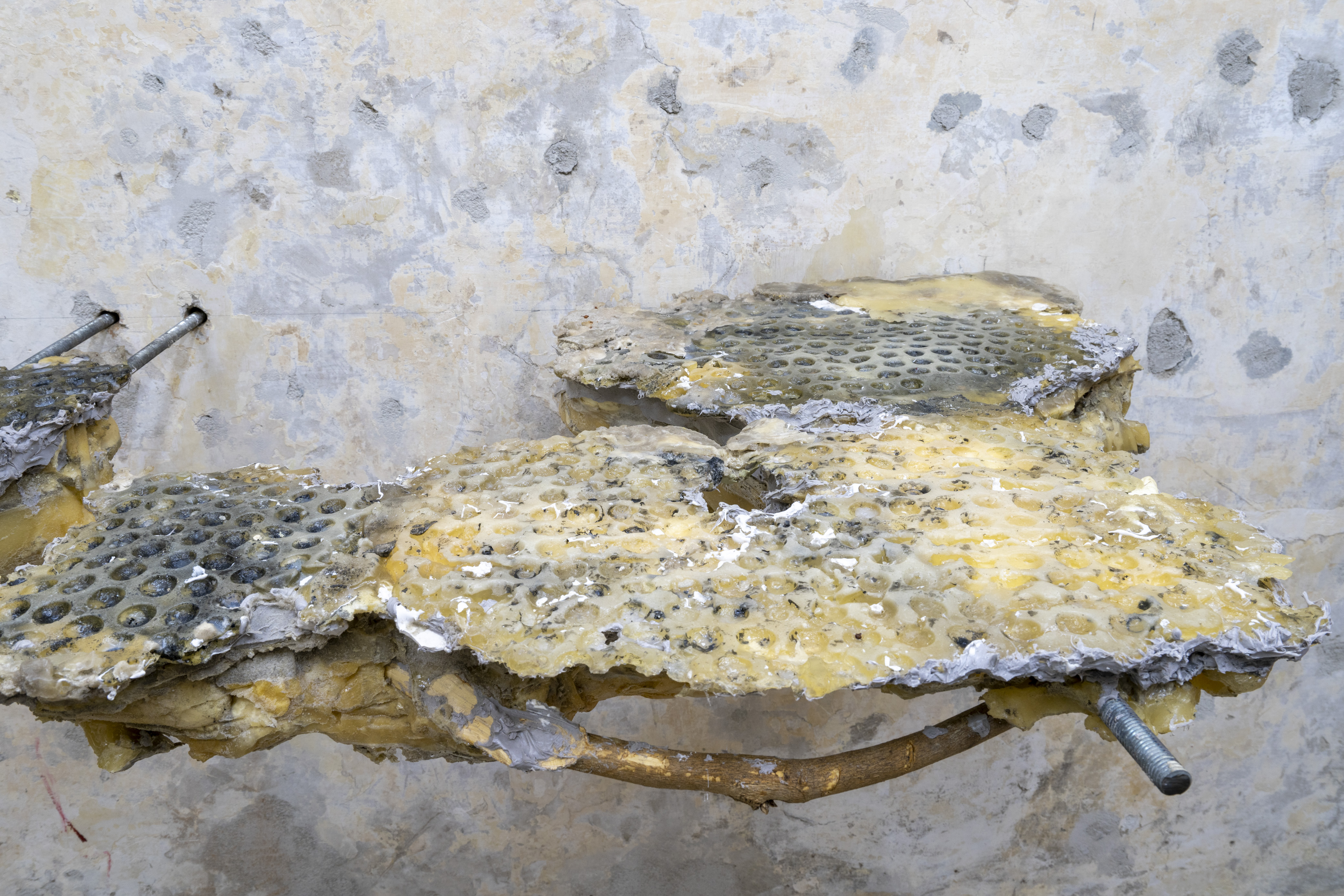 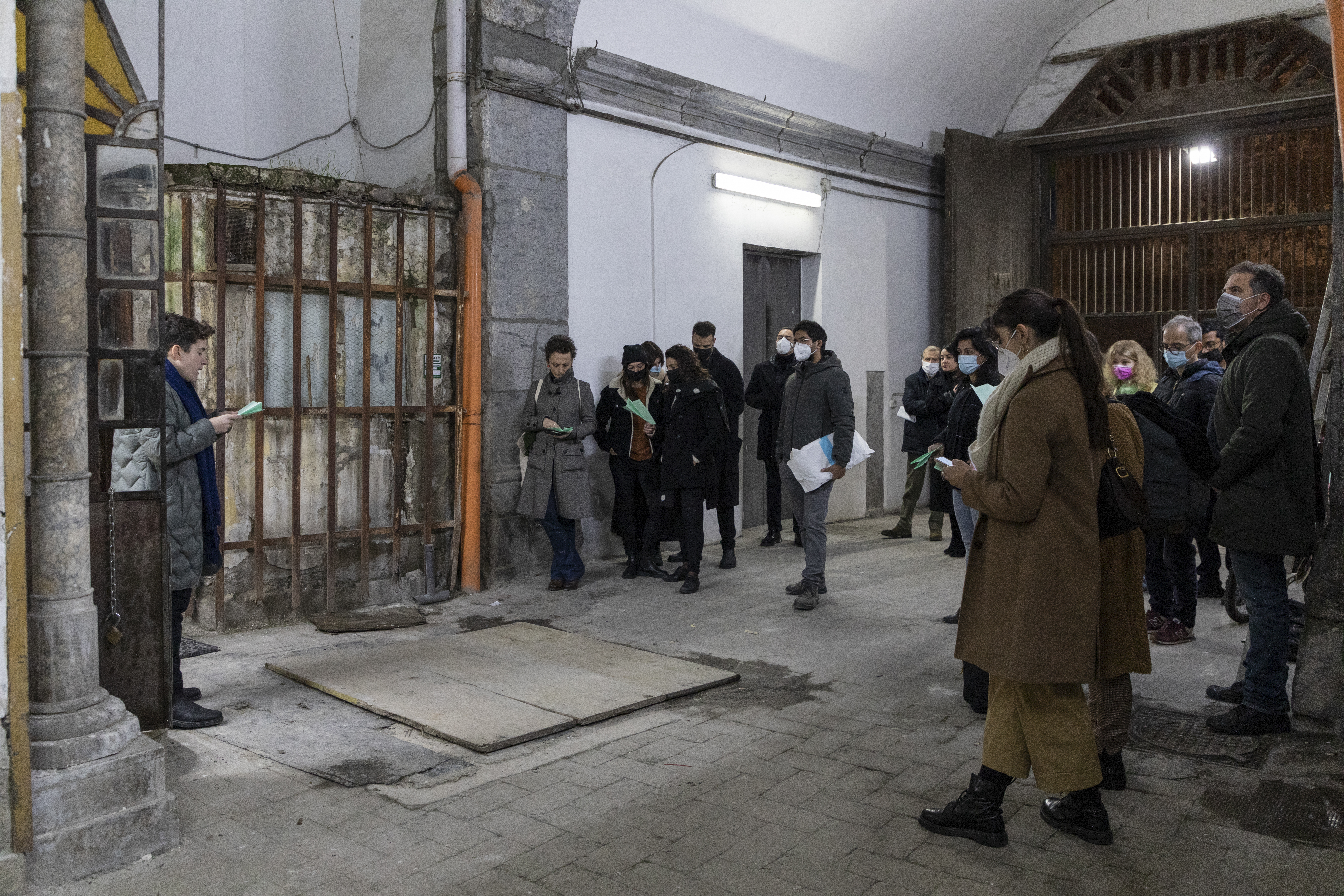 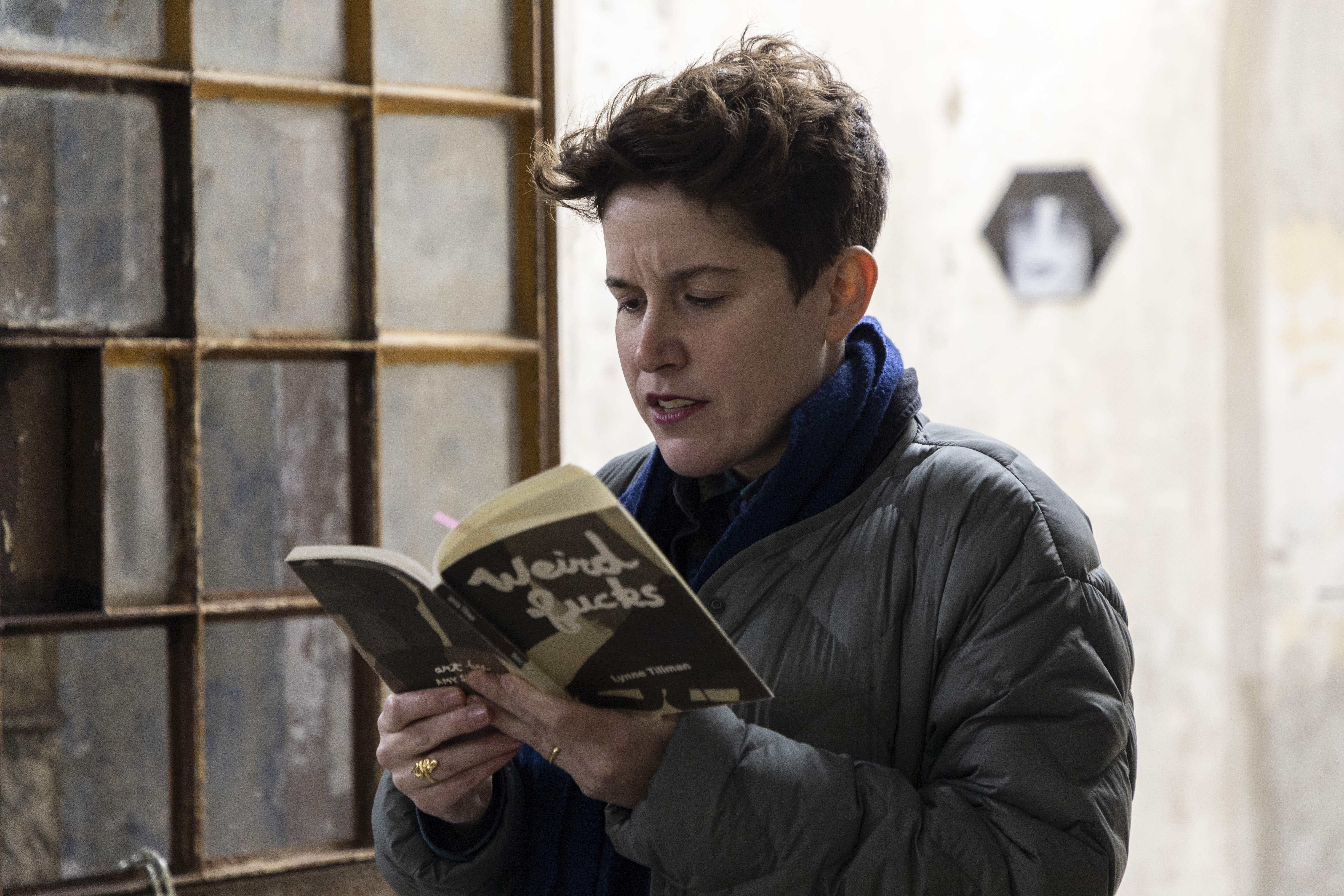 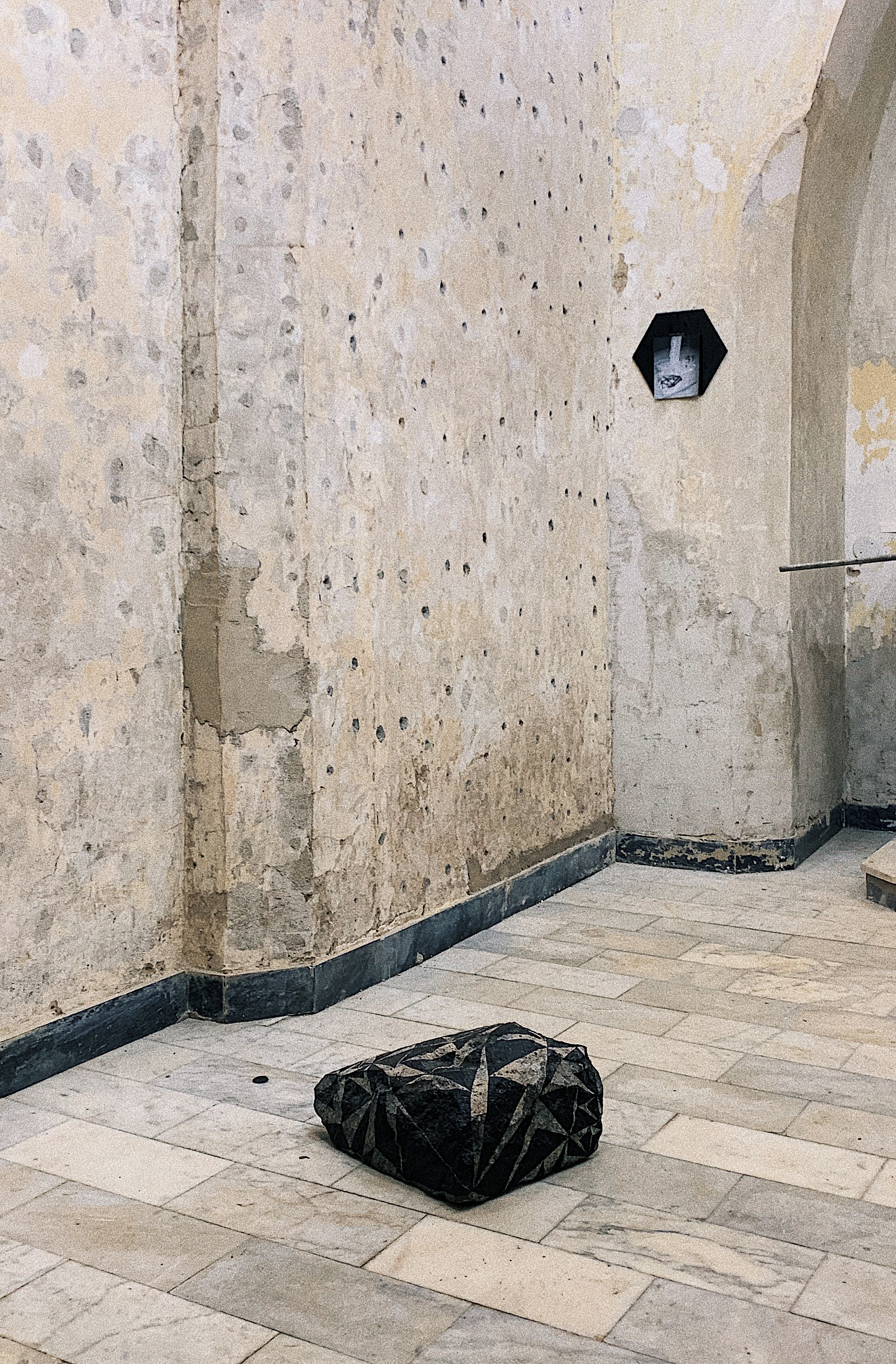 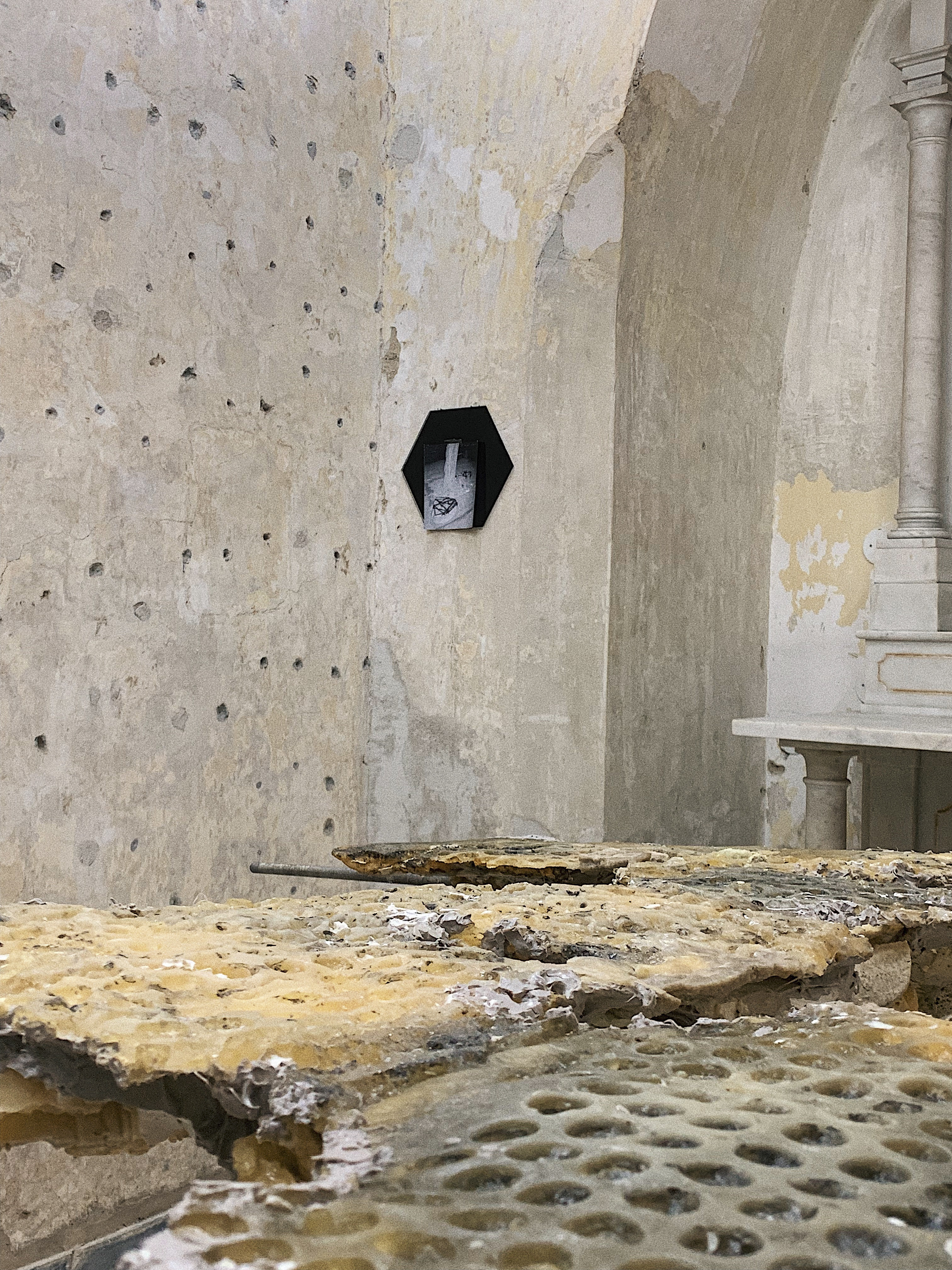 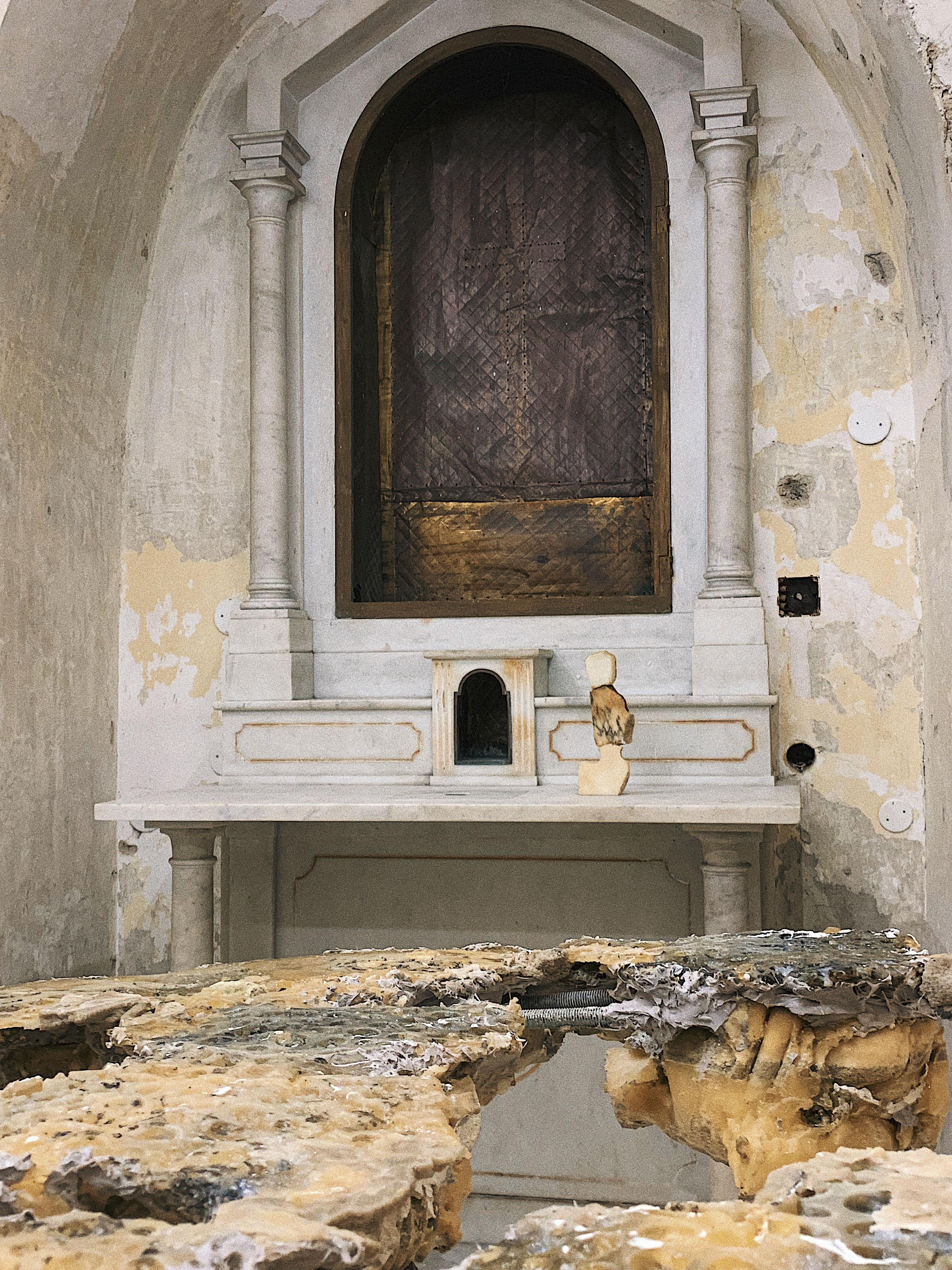 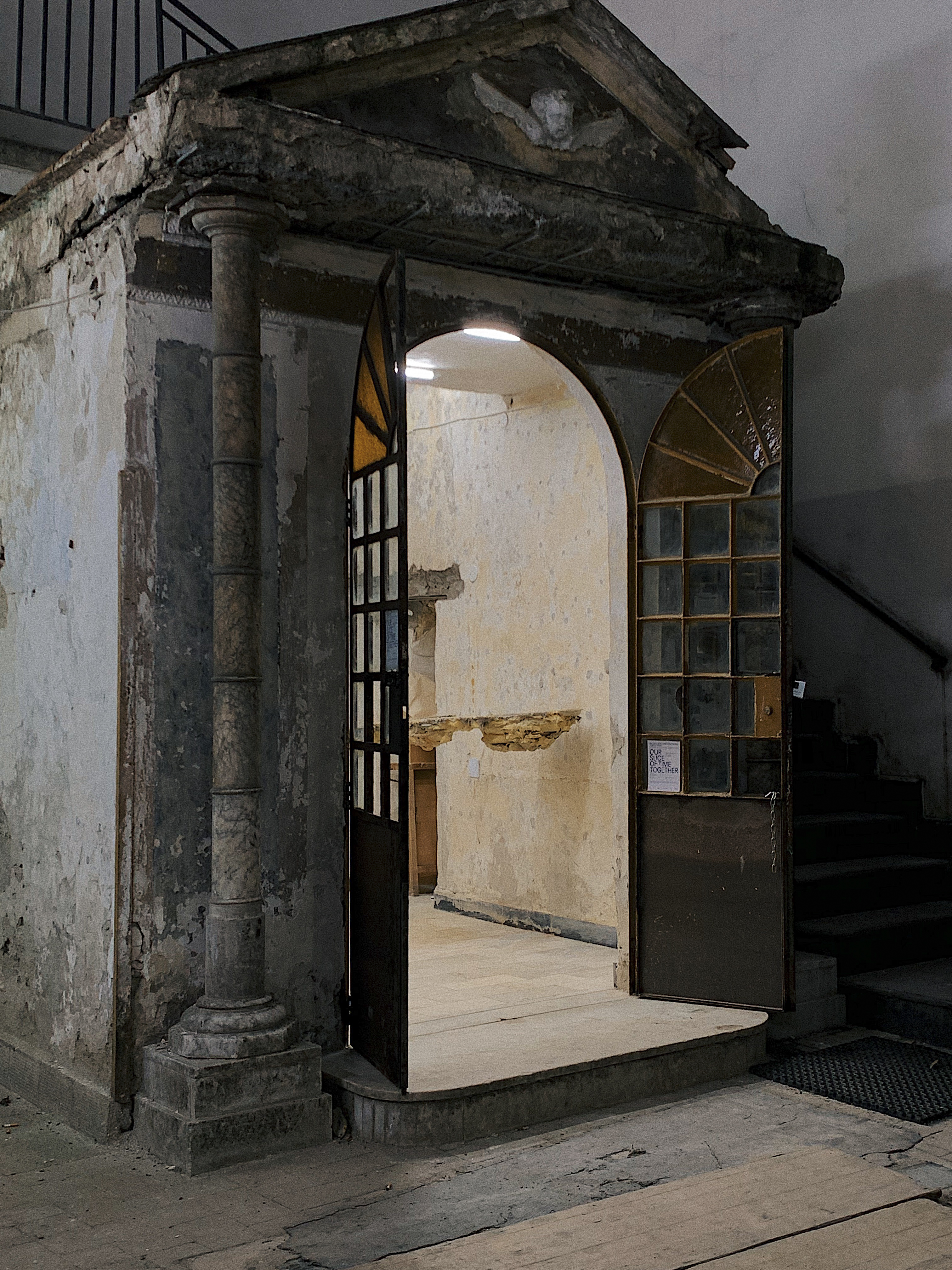 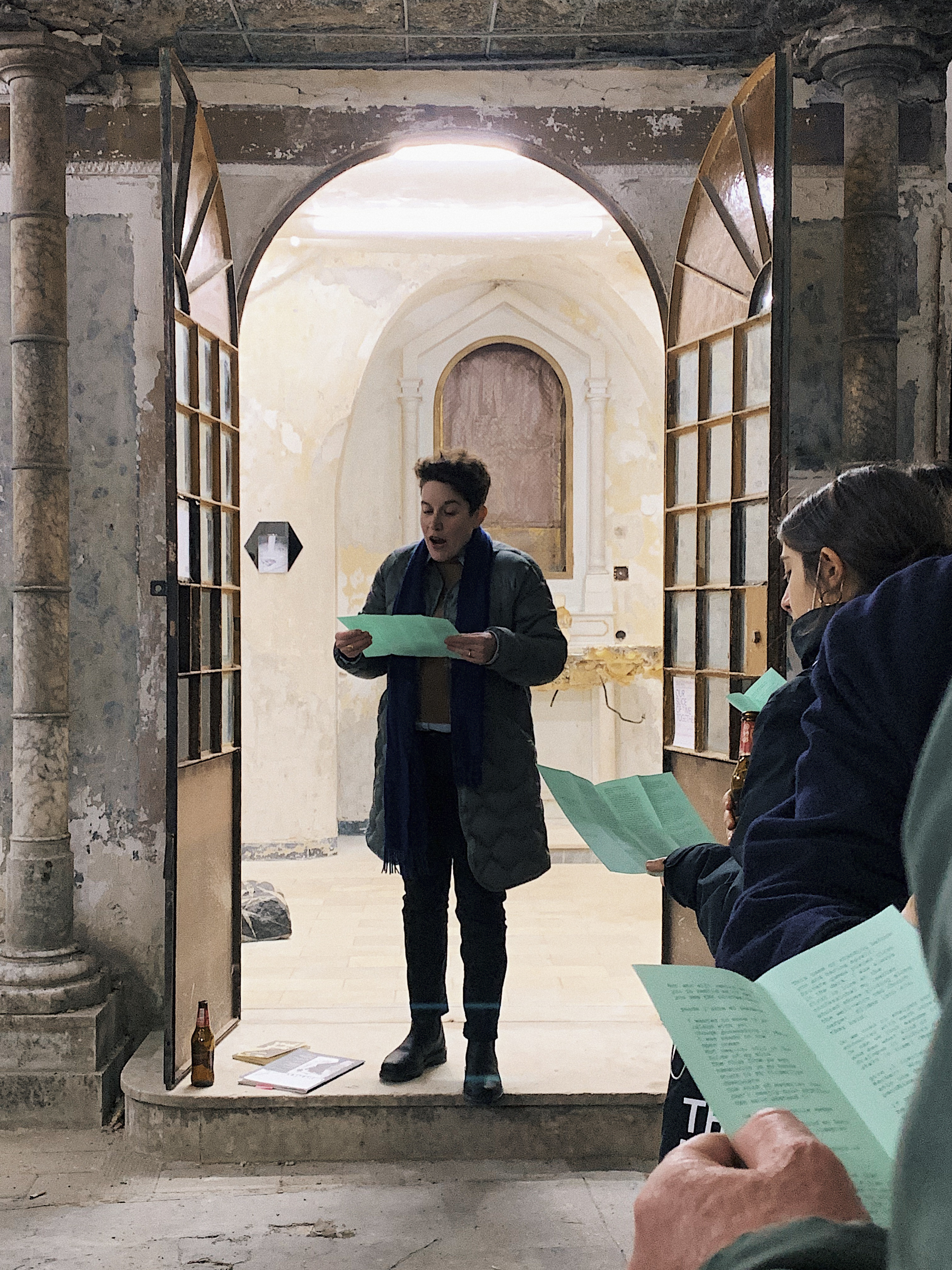 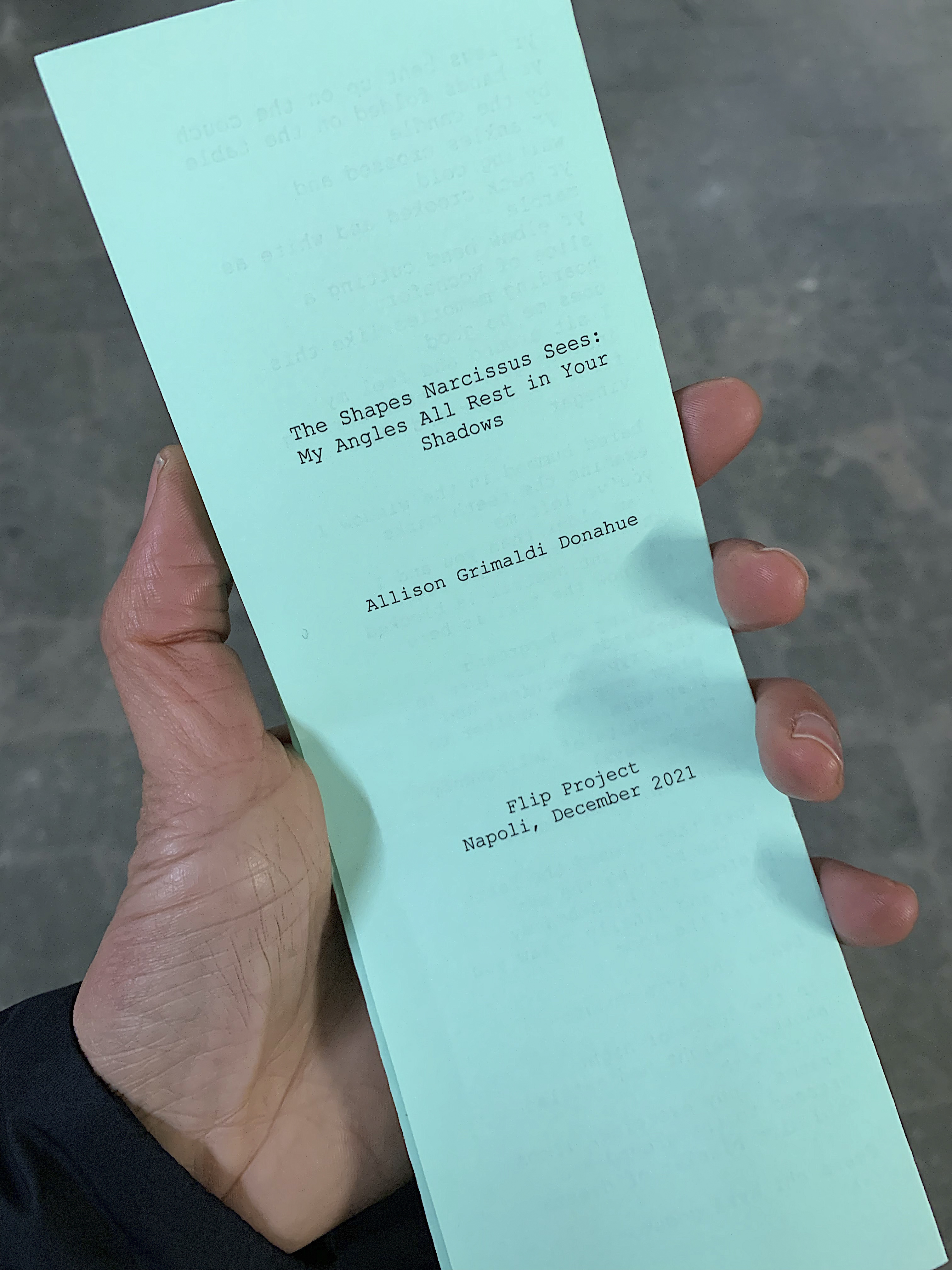 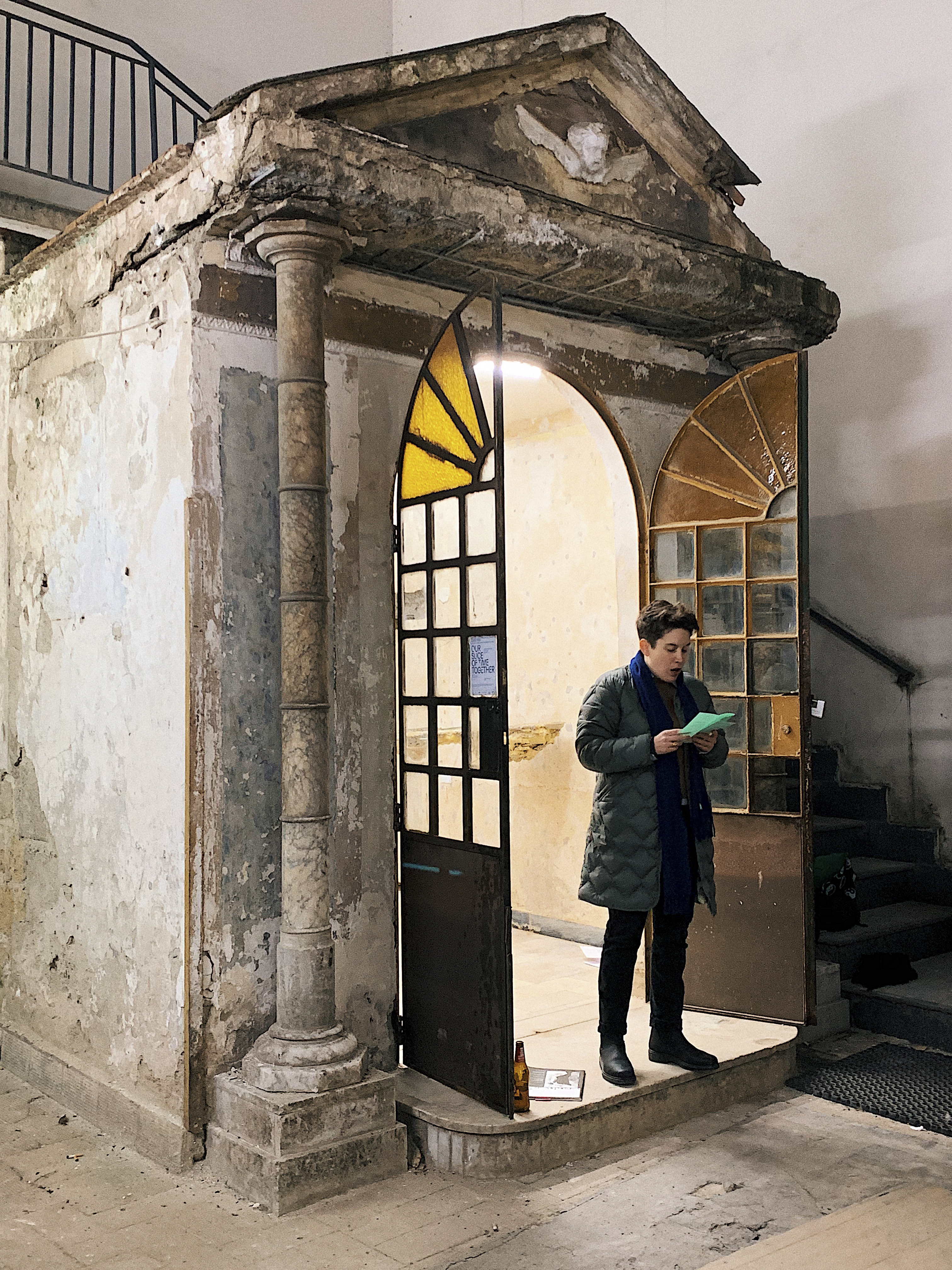 Flip Project is pleased to announce the opening of its new space in the heart of Naples,

Piazzetta Nilo, in a 1950s noble chapel recovered after a long period of neglect.

In Naples, Flip Project will start a program of events with national and international

artists and creatives invited to interact with the space of the chapel, involving the

be partner of the Flip Project events.

As in many previous projects, Flip Project aims to engage a varied audience made up of

those who are usually interested in the artistic-cultural scene, but also passers-by,

students, regulars of the historic center and its inhabitants.

For the opening event OUR SLICE OF TIME TOGETHER, Flip Project presents works

by Giulia Cenci, Michael Dean and Jorge Peris. The dialogue between the works of

display, the space, the audience, and by a Vicky K’s sound performance.

place for unexpected meetings, relationships and dialogues with artists. The chosen

works confront each other in space and time, in a conversation that turns between the

secular and the sacred, between the search of stability and the shaky discomfort. They

have the porosity of matter, body, and memory and they are significant in the

relationships they tell and in the forms of affection they express.

F: I remember the period of our residency in Finland; the long chats in the fantastic

Kaapelitehdas - Cable Factory, the walks in the cold Helsinki but especially when some

dock and on the glass surfaces. You were fascinated and I find this imaginary in your

recent works. Some years ago, I told you: Giulia, it’s amazing how your recent work has

G: Yes, Stellina (that’s how he’s been calling me for years), I’ve let myself go, I’m

doing what I really feel, I’ve followed a flow.

Naples, 2007, during the residency organized by Expòsito. The stone came from the

Spanish neighborhoods. On a black glass hexagon Michael had applied a photocopy of

F: “One night I drove Michael around town, we stopped sometimes and he sprayed

something somewhere. He created a language in Naples, made up of characters inspired

moment when somehow the writing becomes a doodle, the doodlebecomes a diagram, the

expressed as they need to exist in space somehow...

F: I remember Michael when years ago – still lost in exploring directions in my work and

driven by the desire to pursue a MFA in the UK – we had a great time in London. You

suggested not to think about making art, but to follow the flow of life and the motivations

that really push you to creativity; things that I then found very often at the Staedelschule

J: Yes, these pieces of marble were found during long walks with Ethra (the artist’s dog)

along the lake of Palmar, then for a while they participated in the vibrations and balance

of the studio and then passed into your custody.

F: I remember that you rub objects in your hands as if to activate or release their

energy... Did you pass oil on these, right?

J: Sure, sometimes in the studio I do rituals, small parties, I play the stones...

Giulia Cenci graduated at the Academy of Fine Arts in Bologna, IT (2012), received a

Master of Fine Arts at St.Joost Academy, Den Bosch-Breda, NL (2015) and she took part in

deAteliers residency, Amsterdam, NL (2017). She lives and work between Amsterdam and

work begins with his own writing, abstracting text into sculptures andimmersive

installations that explore language, the body, and intimacy.

Recent solo exhibitions include: Under the stairs and by the fire, Mendes Wood,

City 2019; Having you on, BALTIC Centrefor Contemporary Art, Gateshead, United

Dean participated in Skulptur ProjektMünster, and in 2016, was nominated for the Turner

and Self-portrait by Carla Lonzi (Divided 2021). She has appeared in Another Gaze,

other magazines. She has given performances at Gavin Brown in Rome and Short

Theatre. She has been writer in residence at the New York Center for Book Arts and at the

Bread Loaf Conference, as well as an artist in residence at Mass MoCA and MAMbo,

Bologna. She is currently a fellow at Sommerakademie Paul Klee, Bern. She lives in

the viewer’s senses as well as the conventional physicality of the gallery space.

elements. He creates a new situation, felt as real, yet unsettling, in whichthe sensation of

familiarity falls apart. His work tends to widen the gap between emotion and intellect.

Whilst this space challenges the relationship with the viewers, the viewers question their

conventional perception of it.

Contamporaneo, Spain (2011); and Museum of Contemporary Art of Rome, Rome

(2010). The artist has also participated in group exhibitions at Galleria d’arte Modernae

Giuliani per l’Arte Contemporanea, Rome (2010); the Fondazione Sandretto Re

Vicky K comes from Cyprus and has been experimenting as a DJ for fifteen years, first on

the radio and then in various clubs. She’s studying electronic music at Bologna

Conservatory and she is also a music producer.

Flip project is an artist-run space in Napoli. It is an independent curatorial project, a

extend from the local to address the current milieu. Flip presents across a multiplicityof