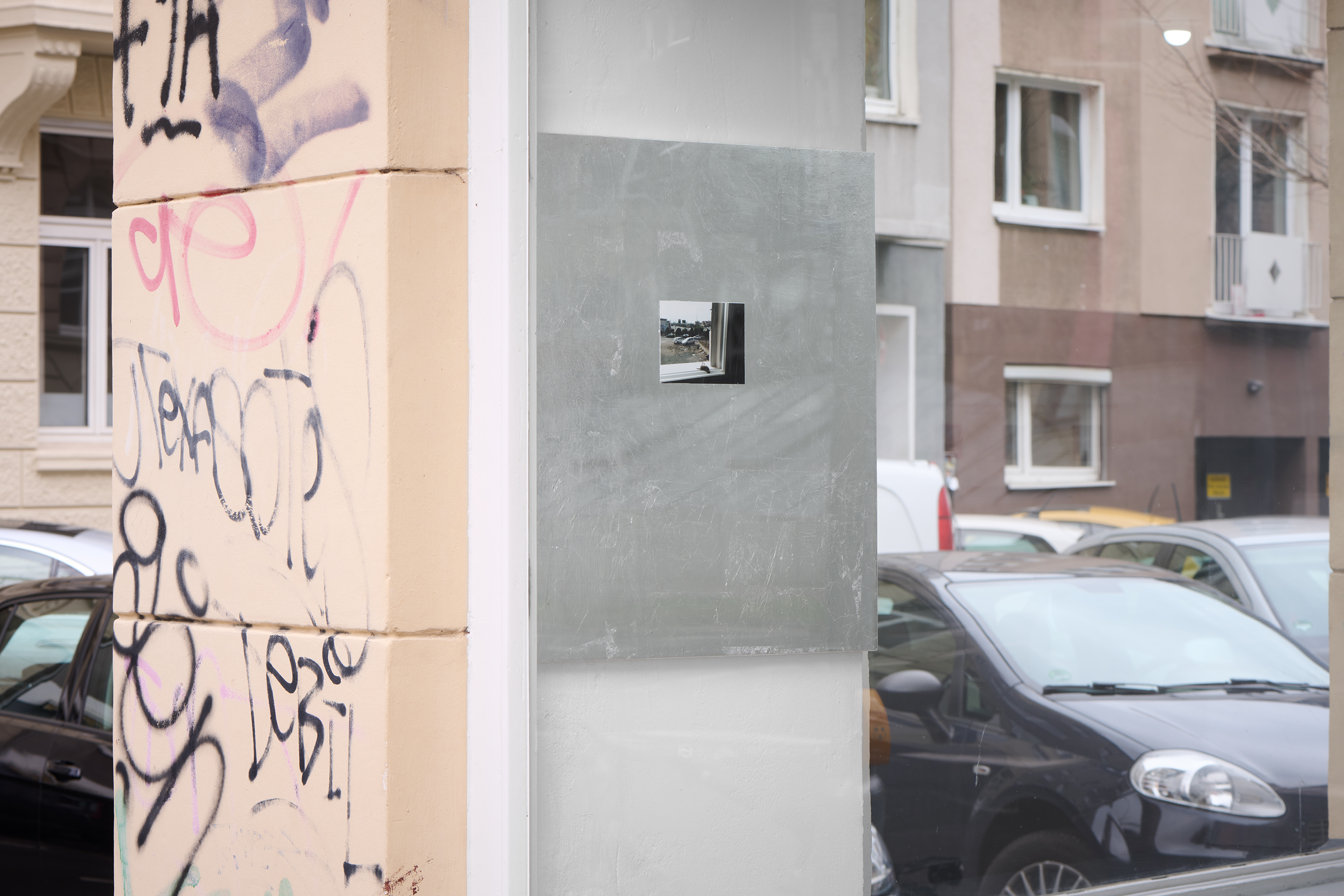 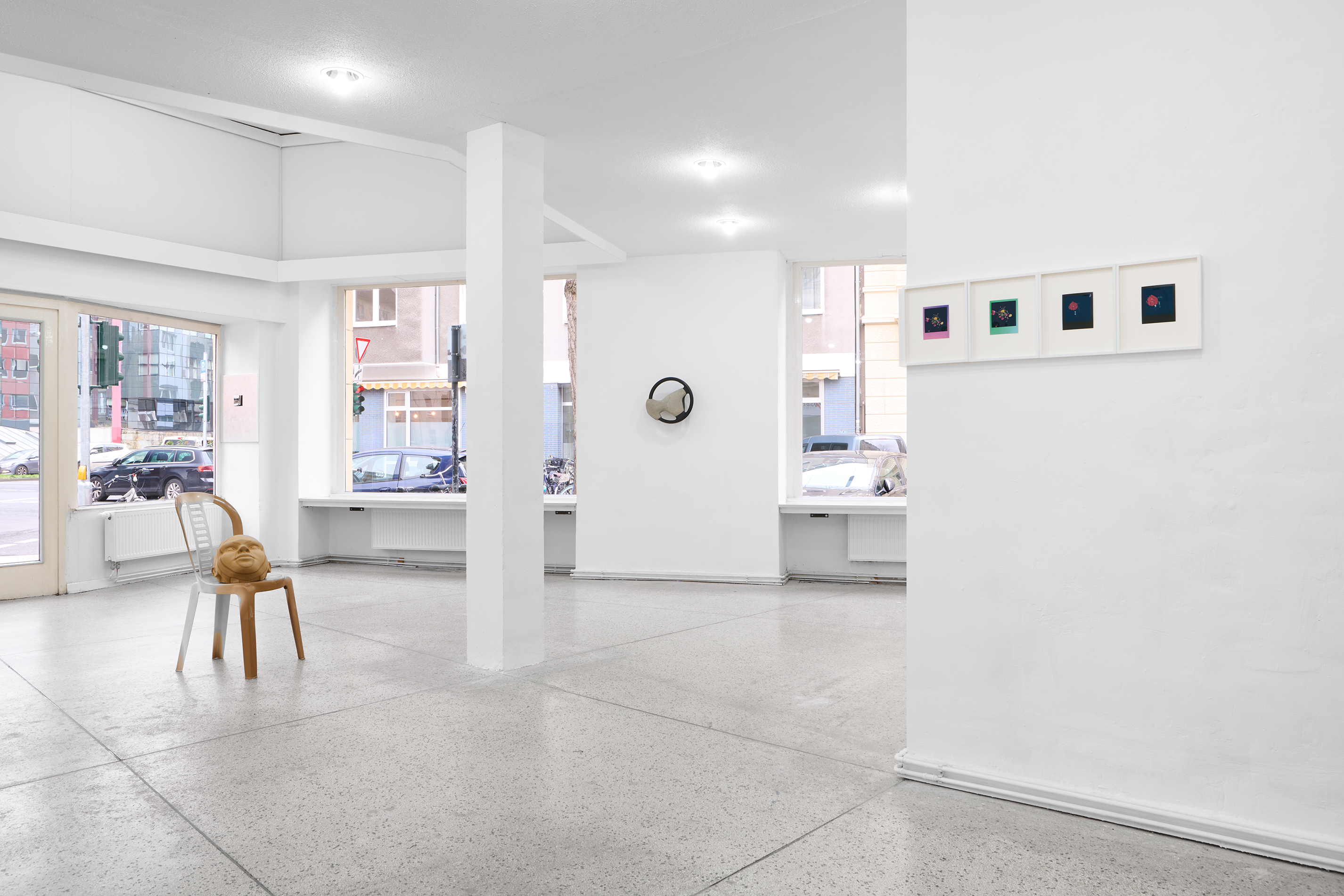 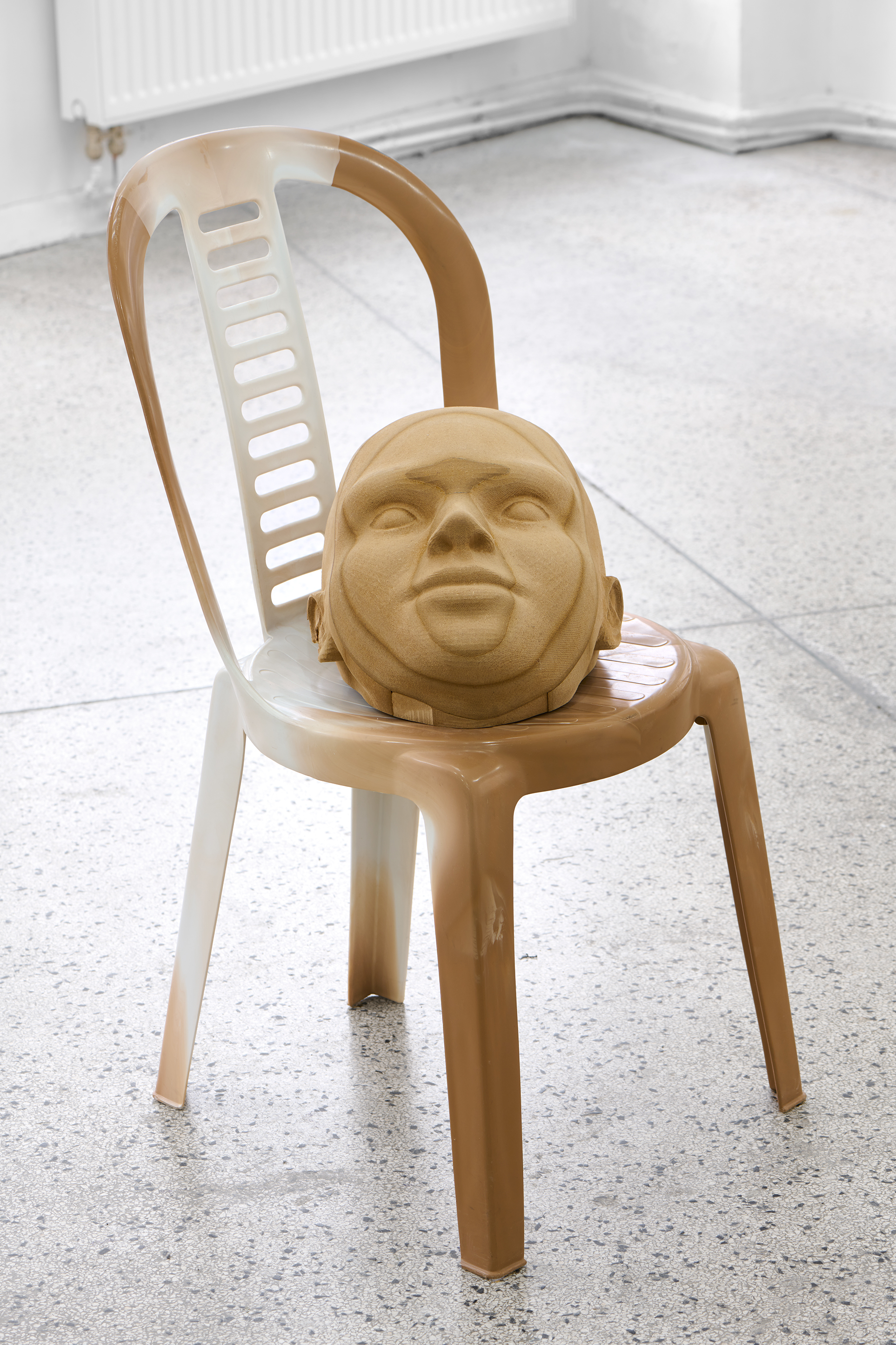 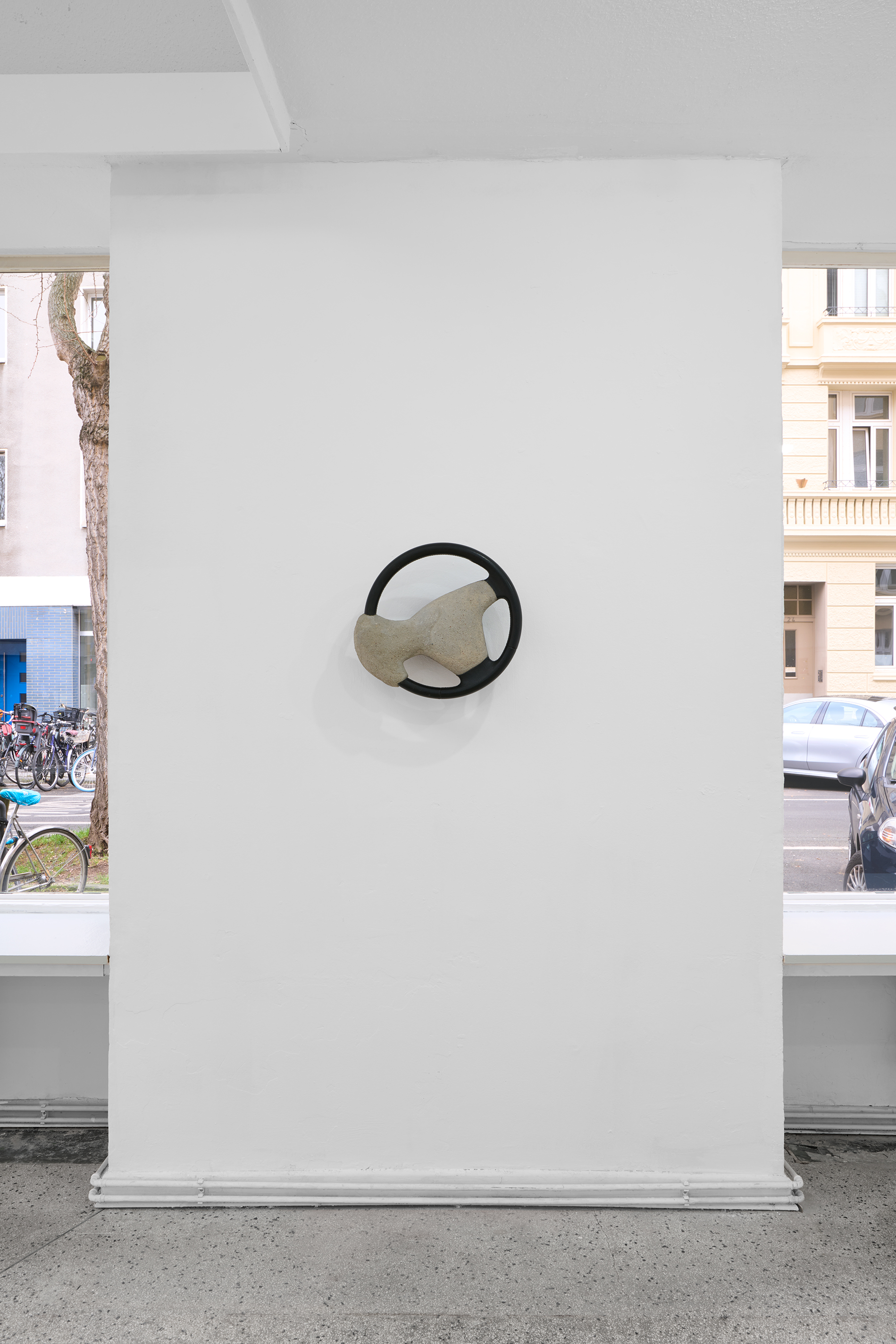 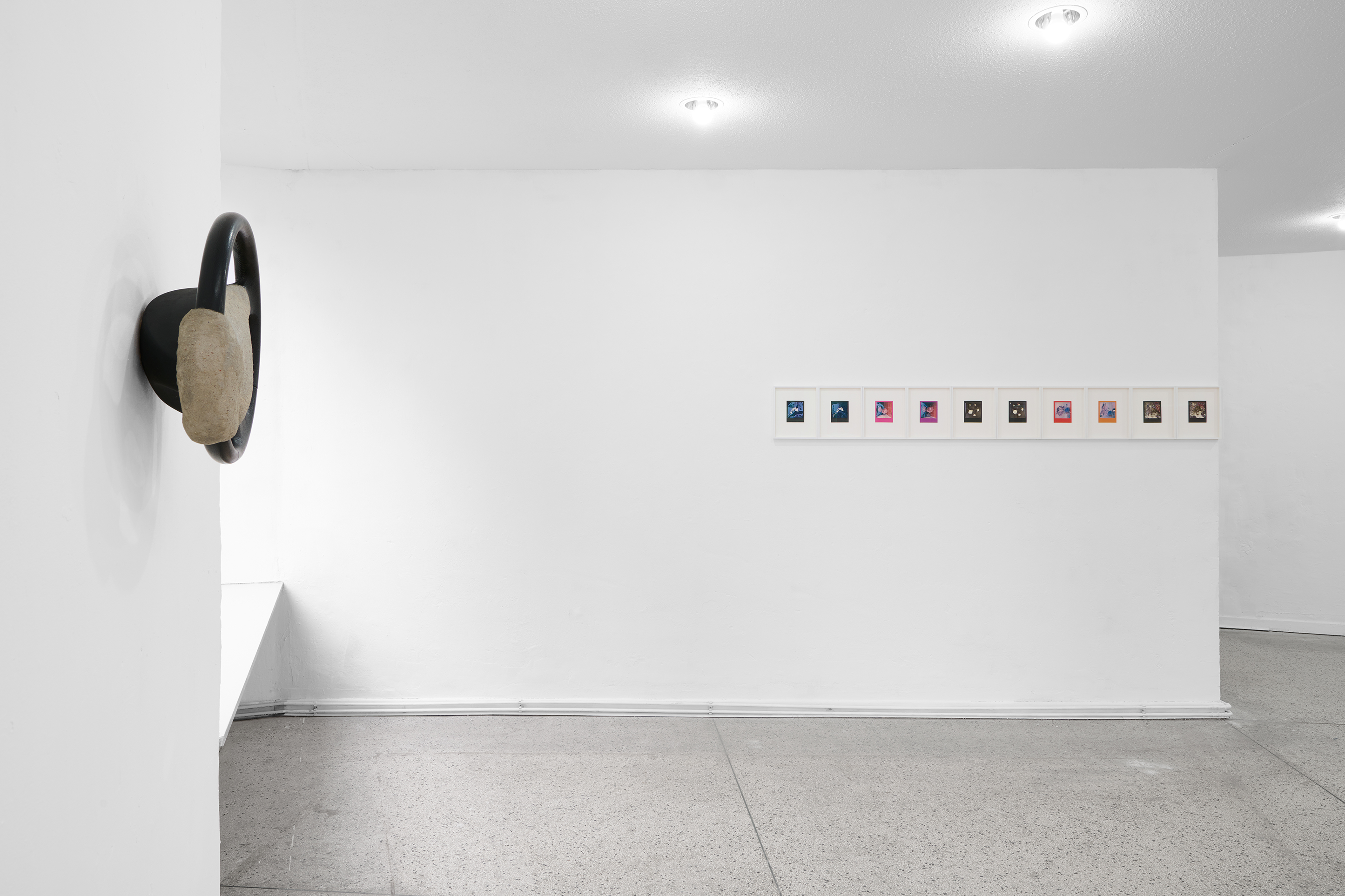 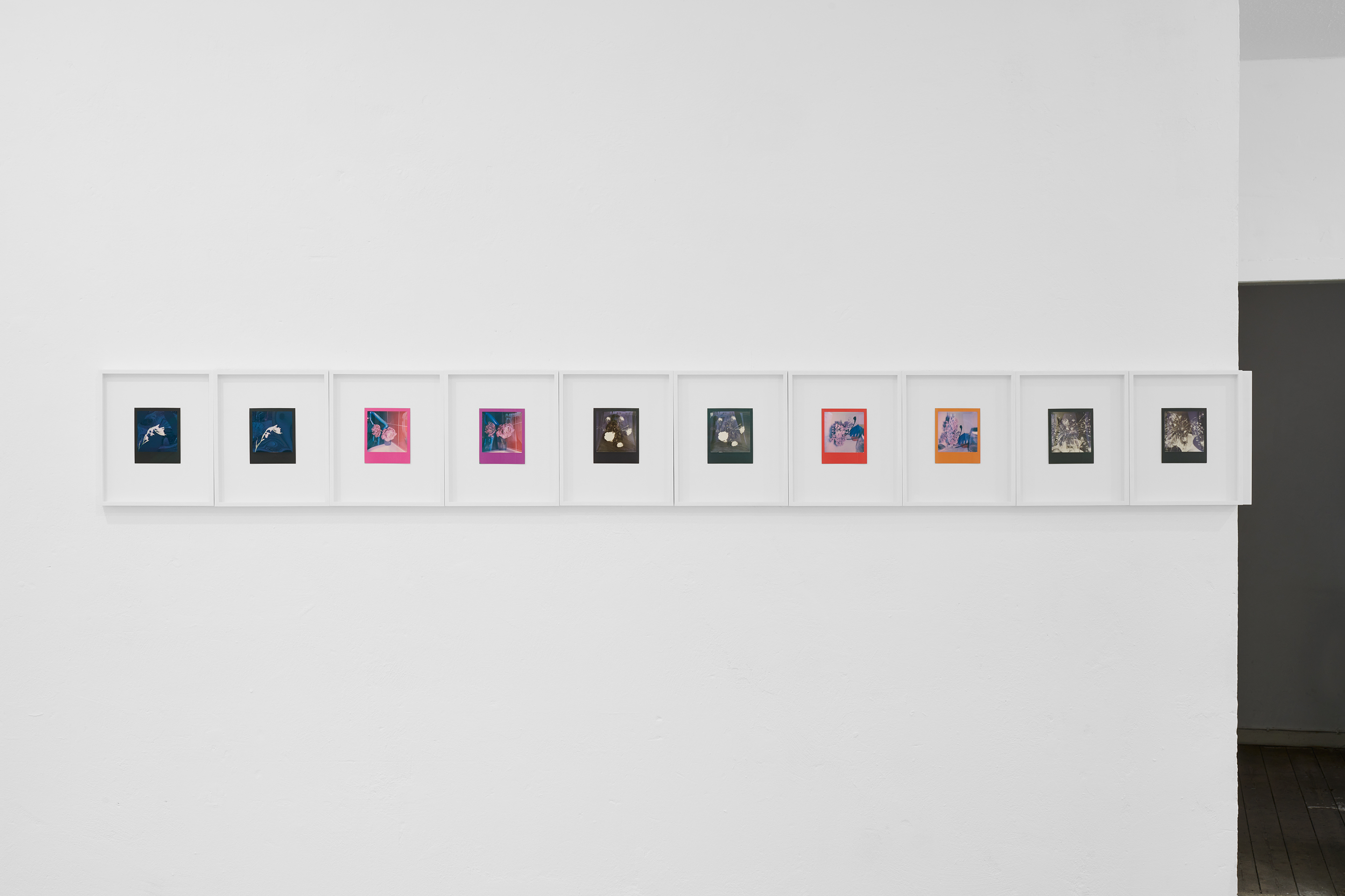 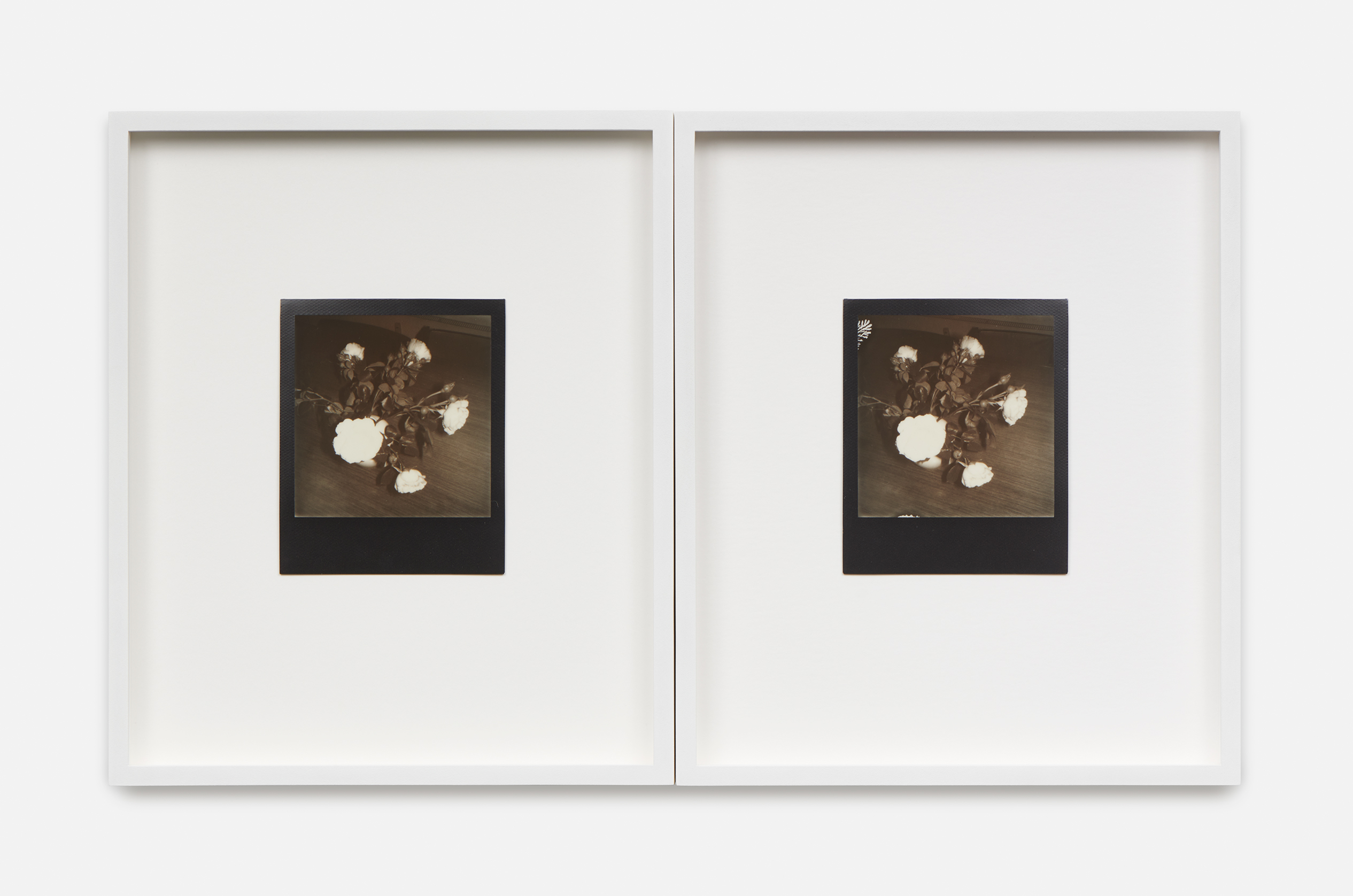 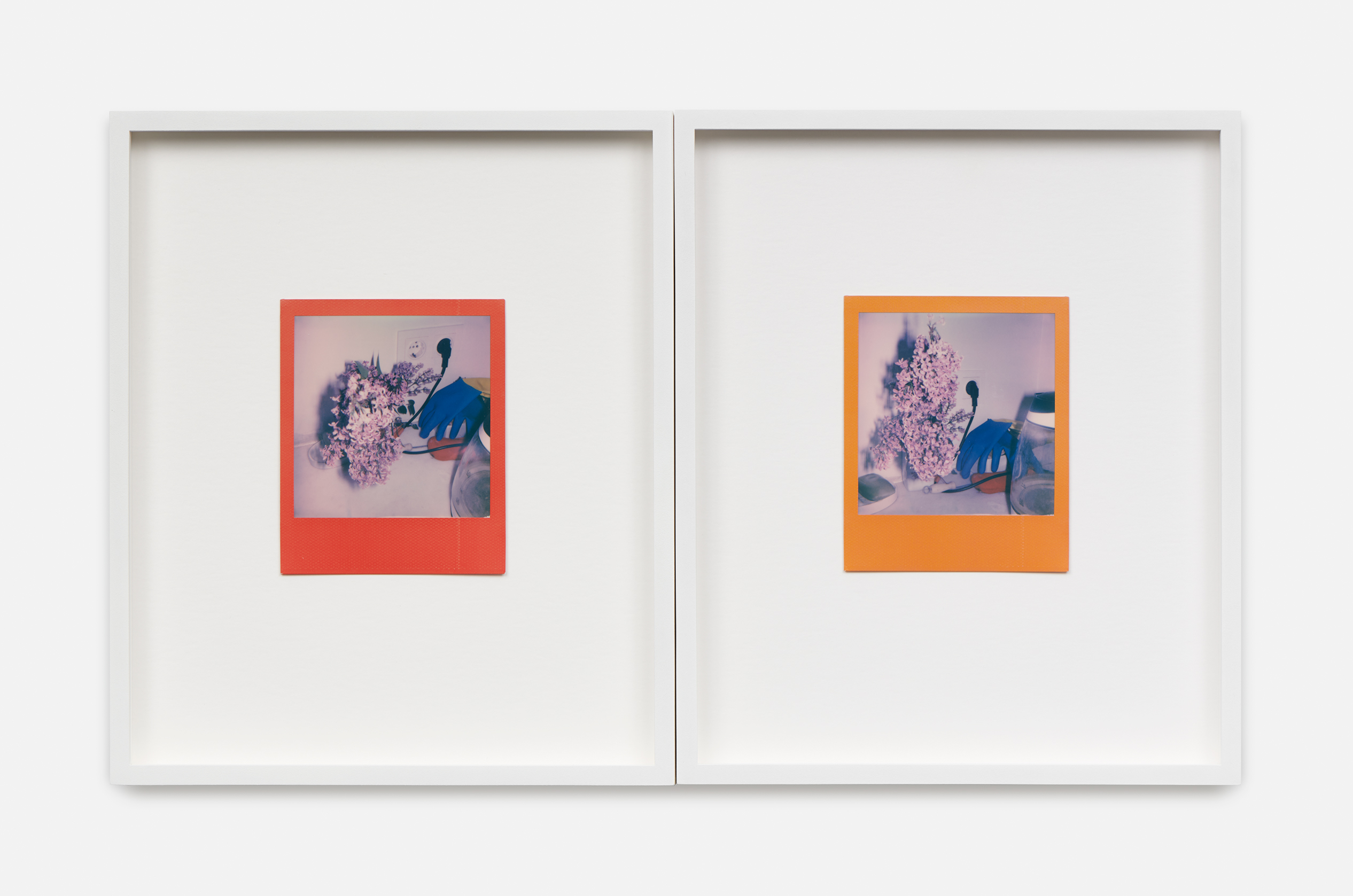 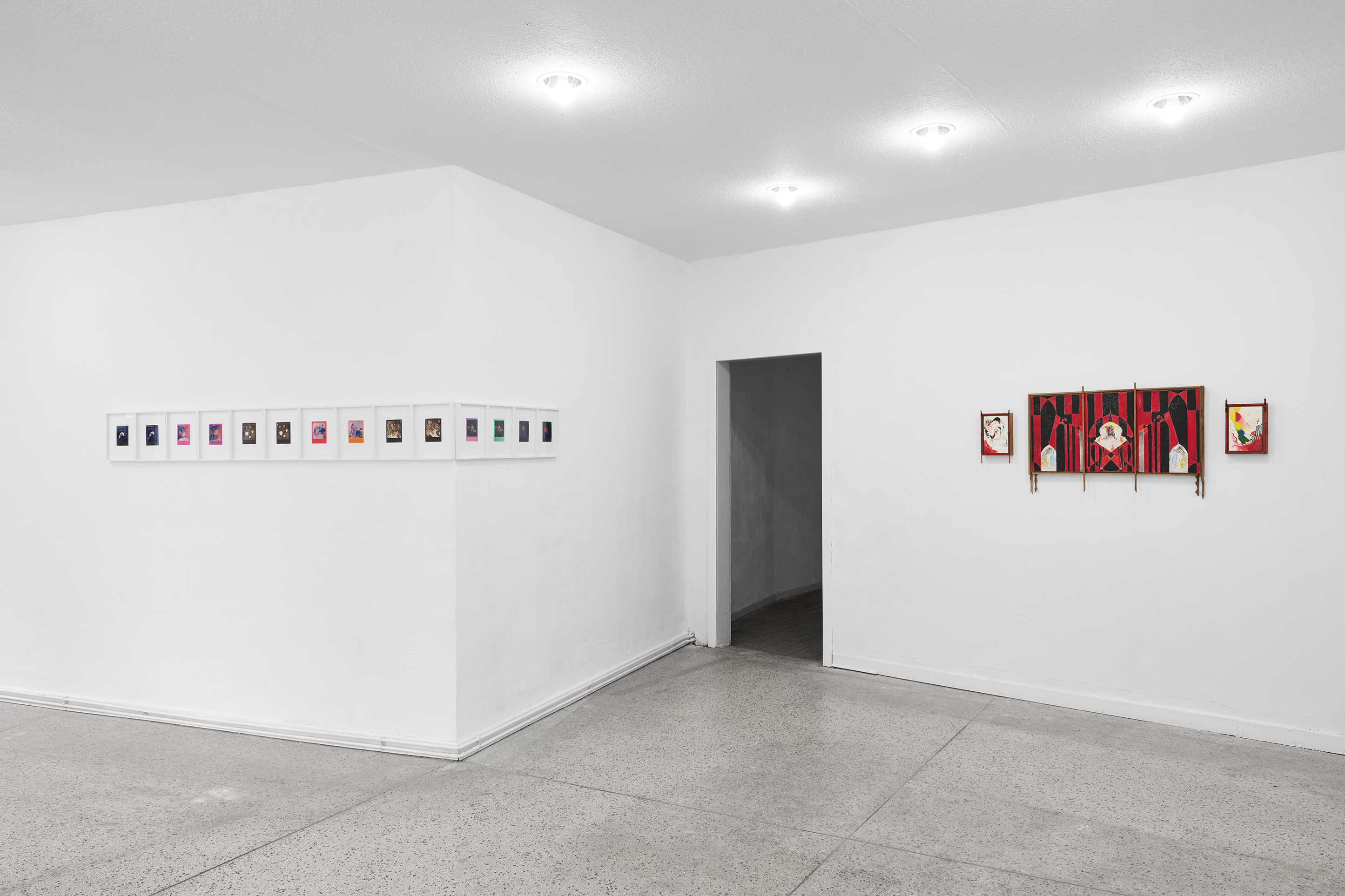 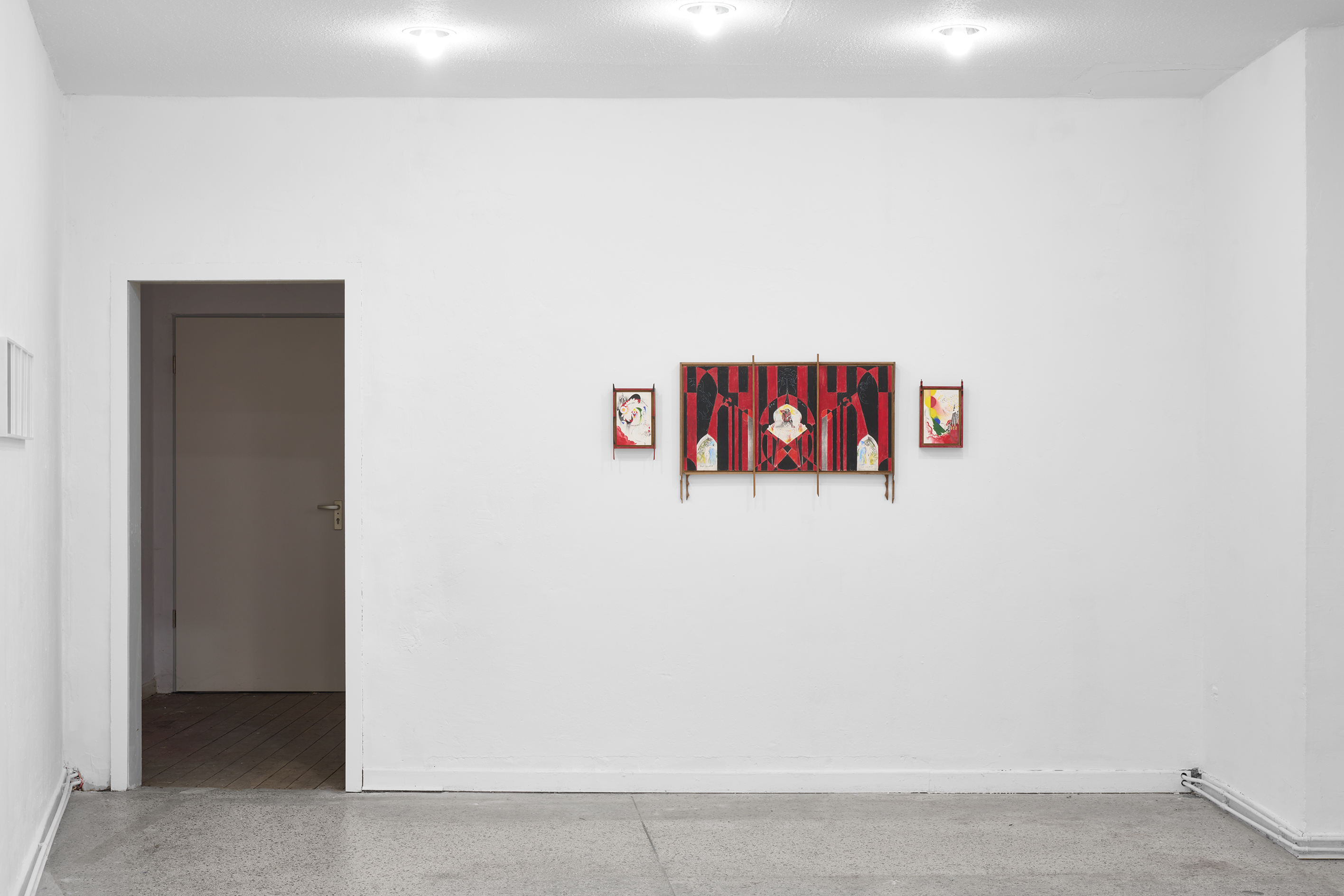 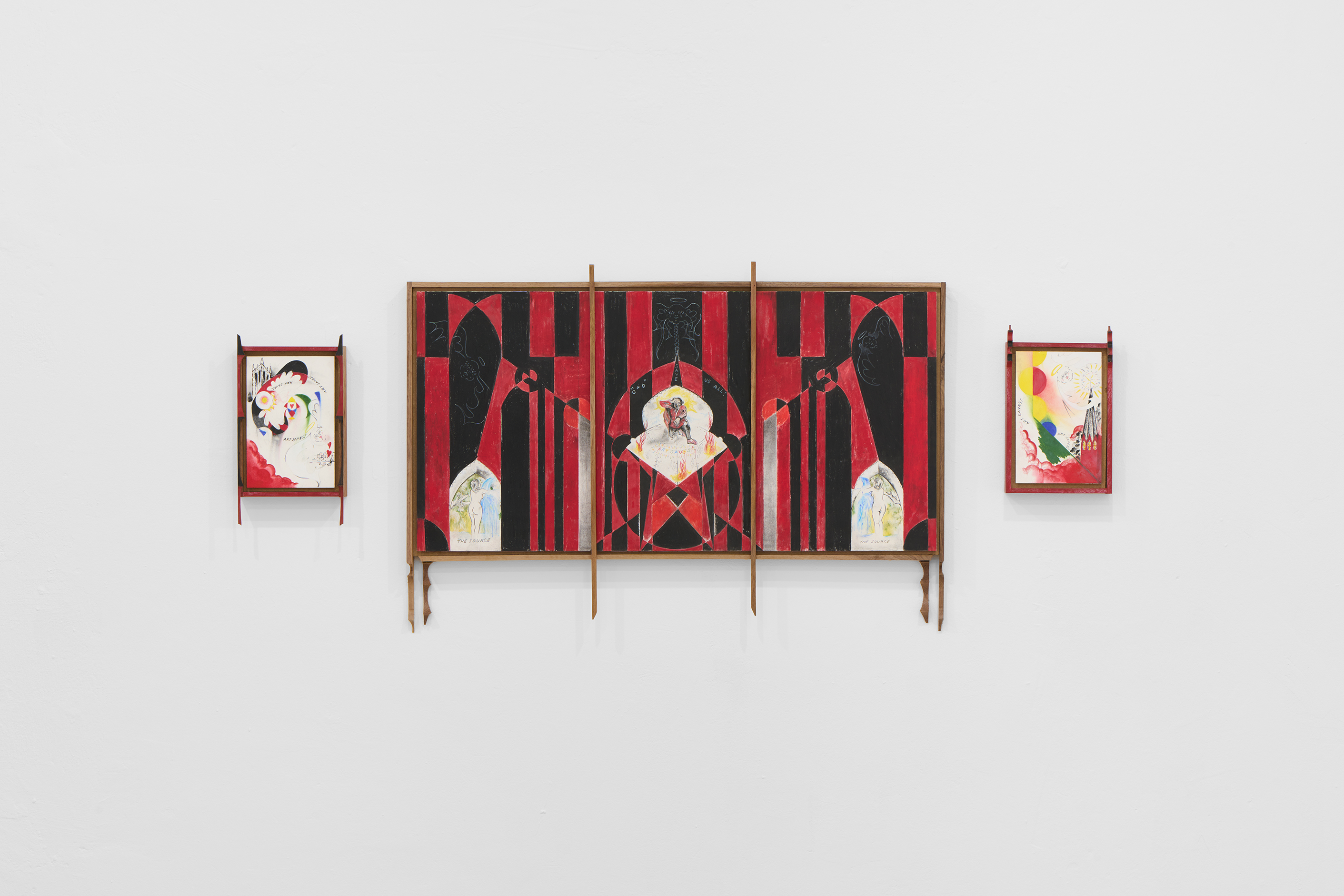 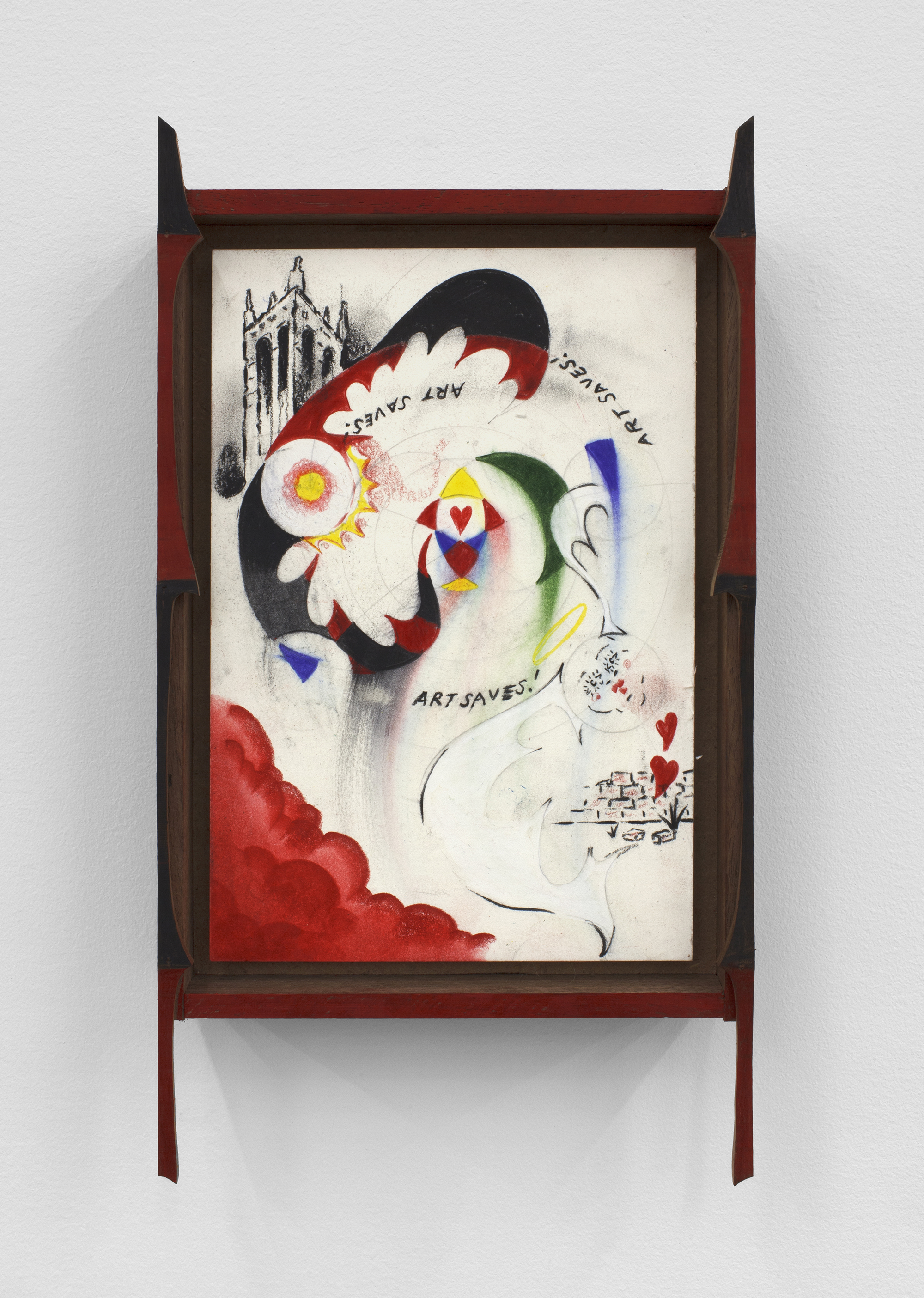 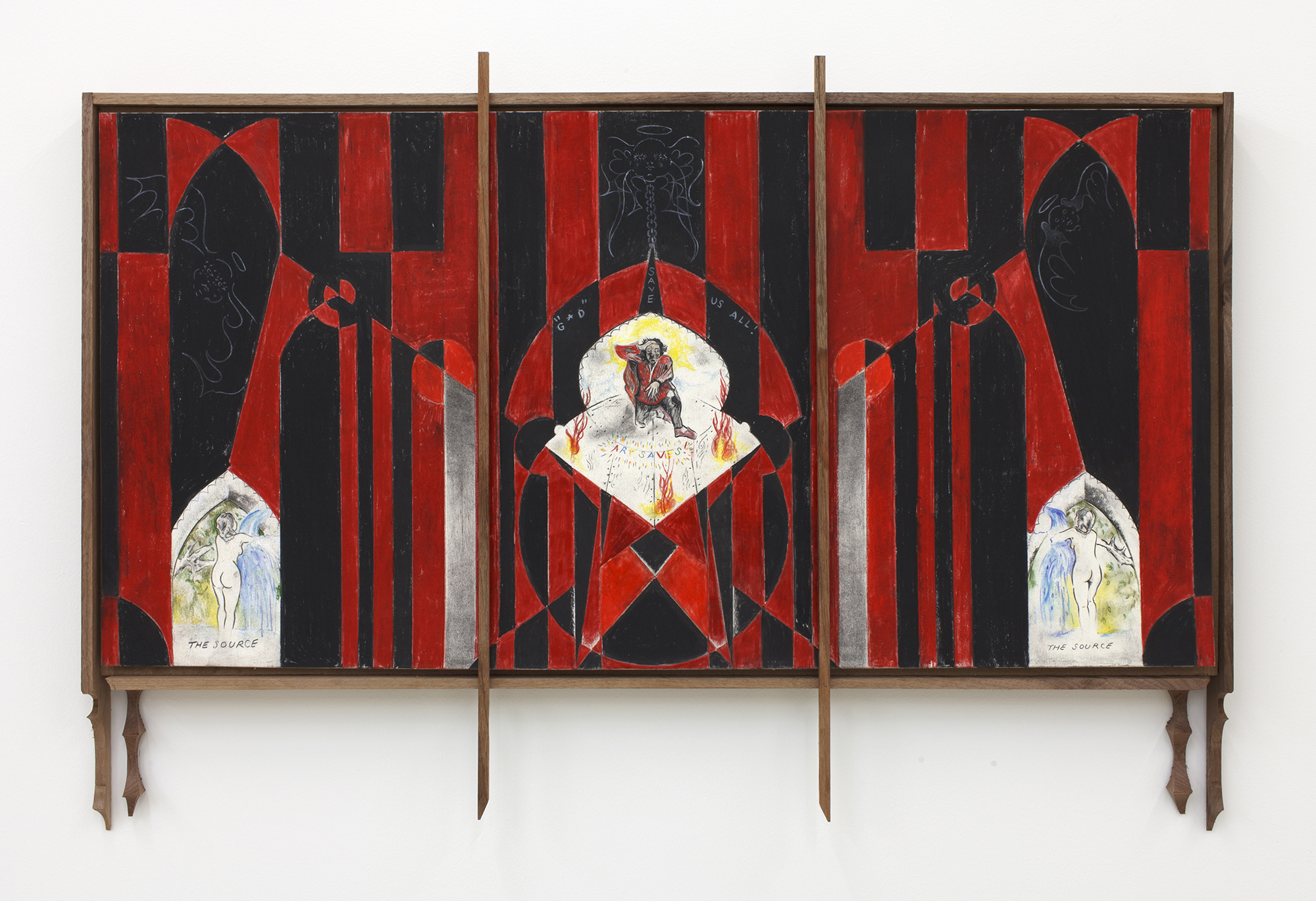 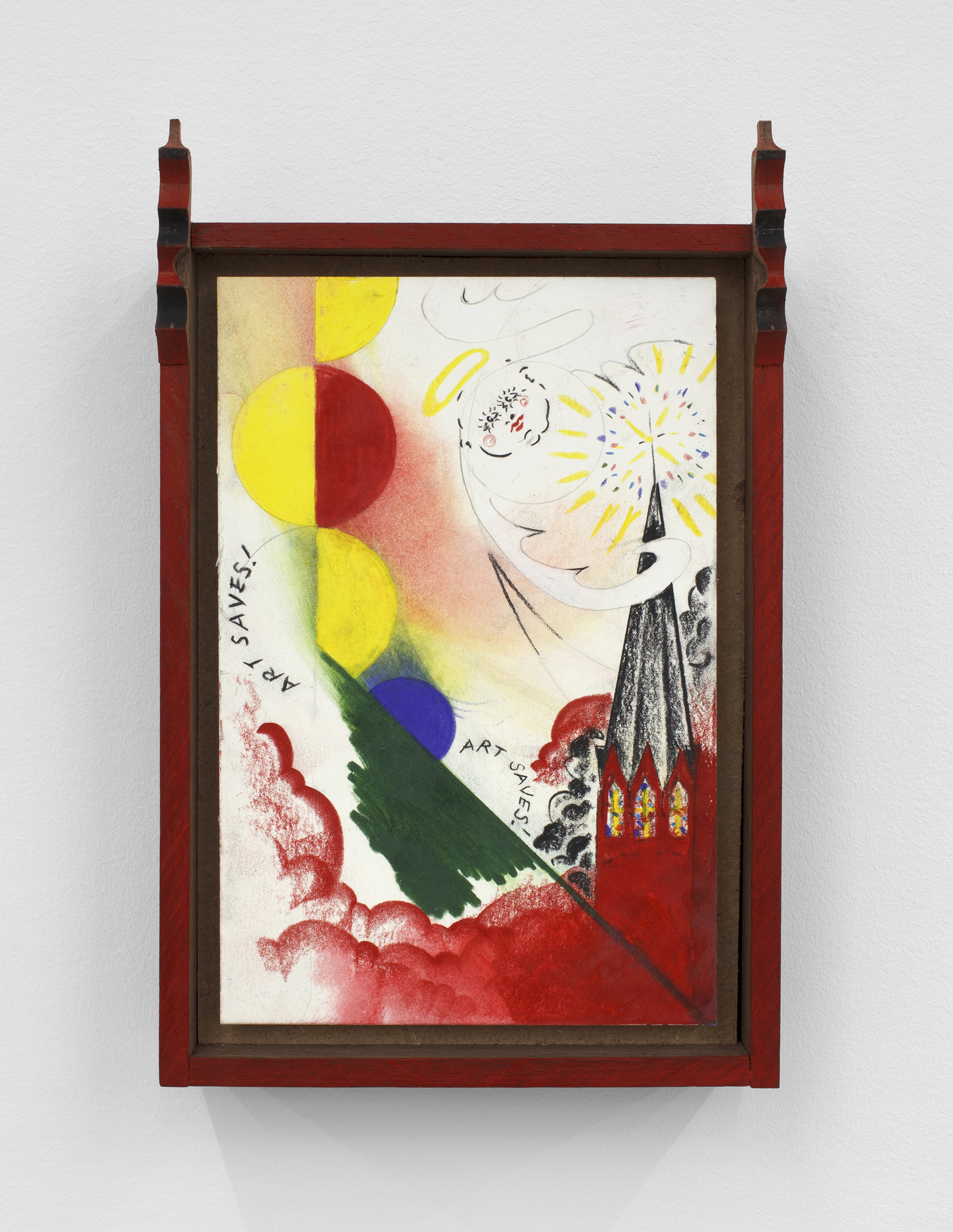 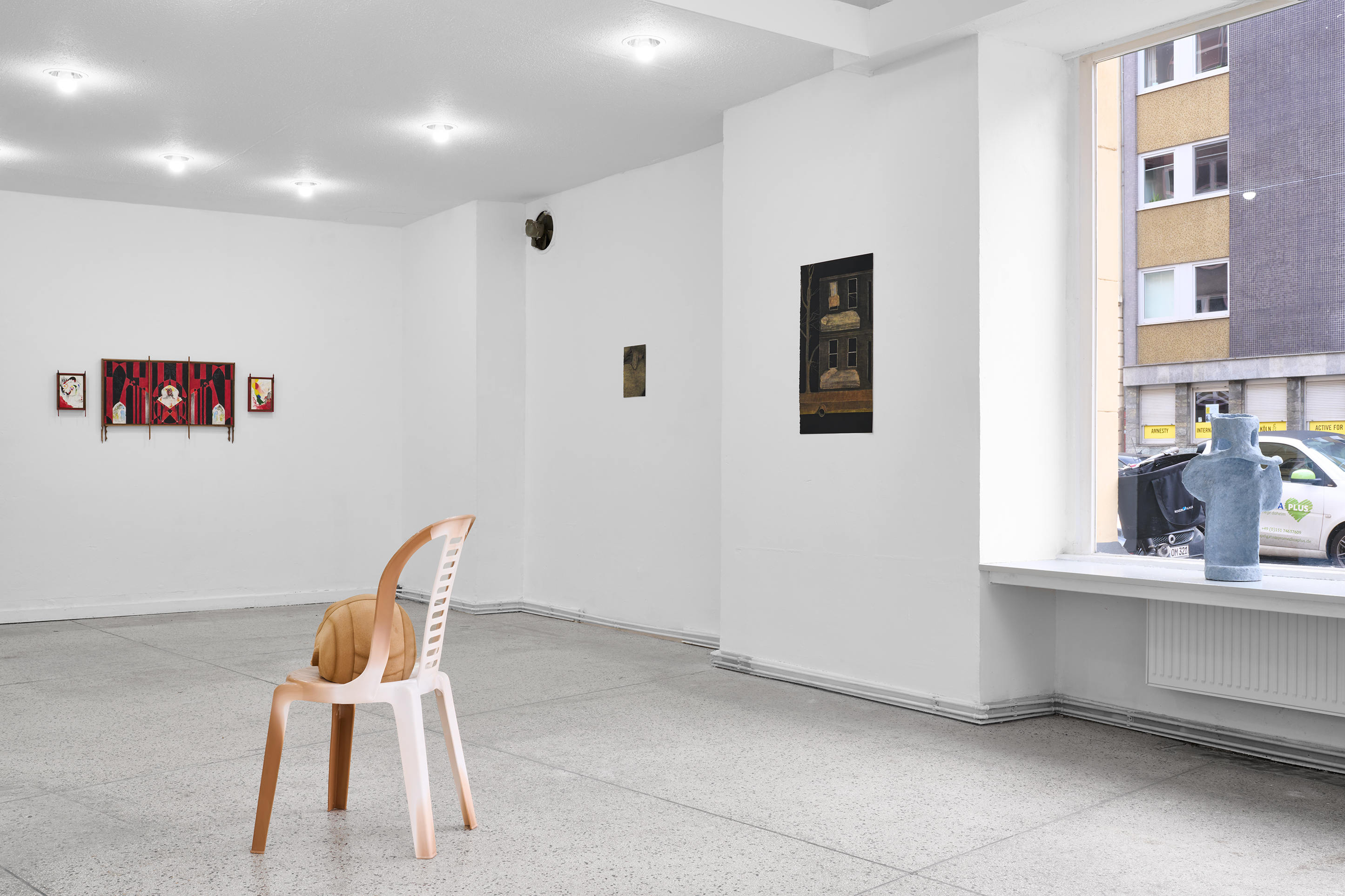 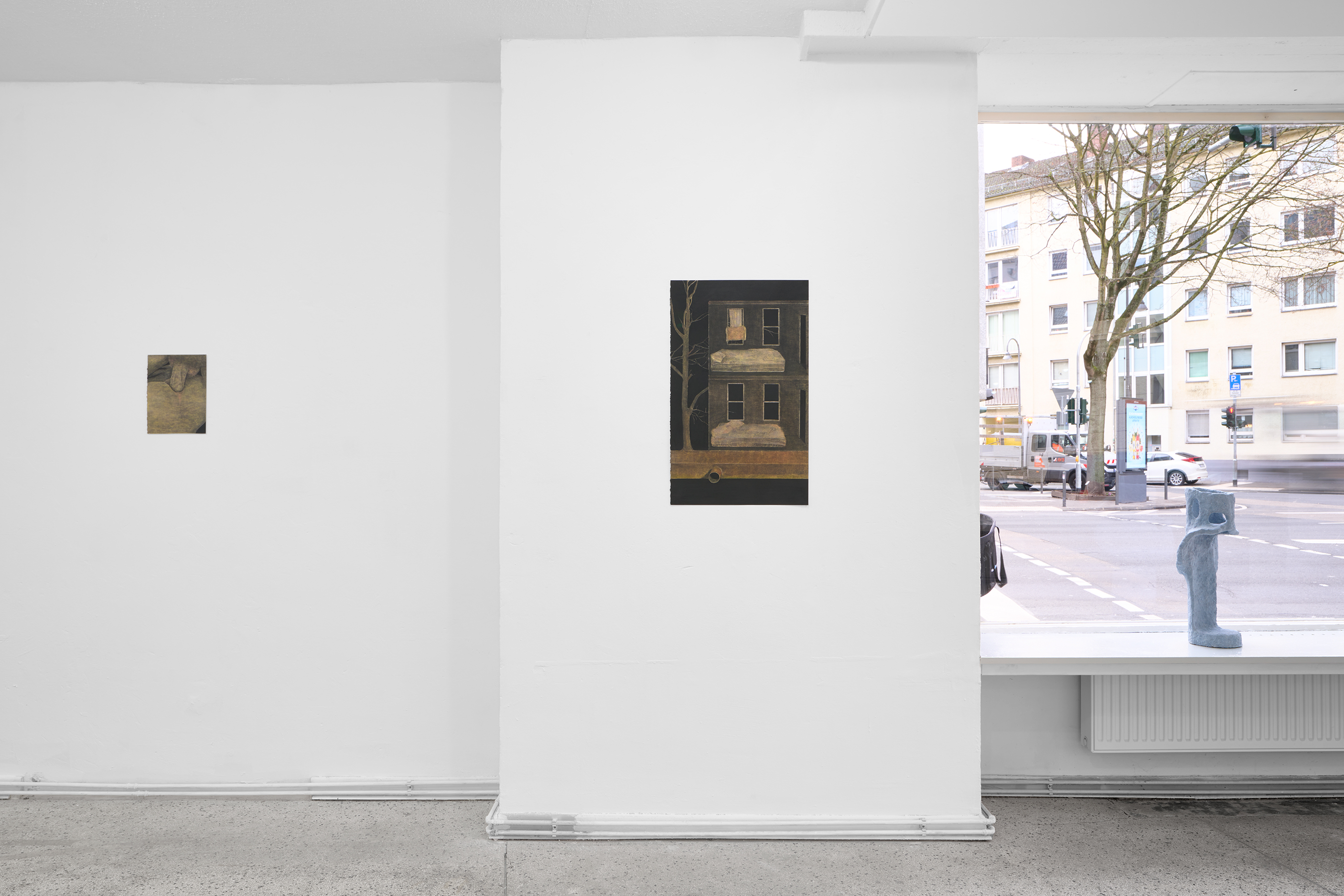 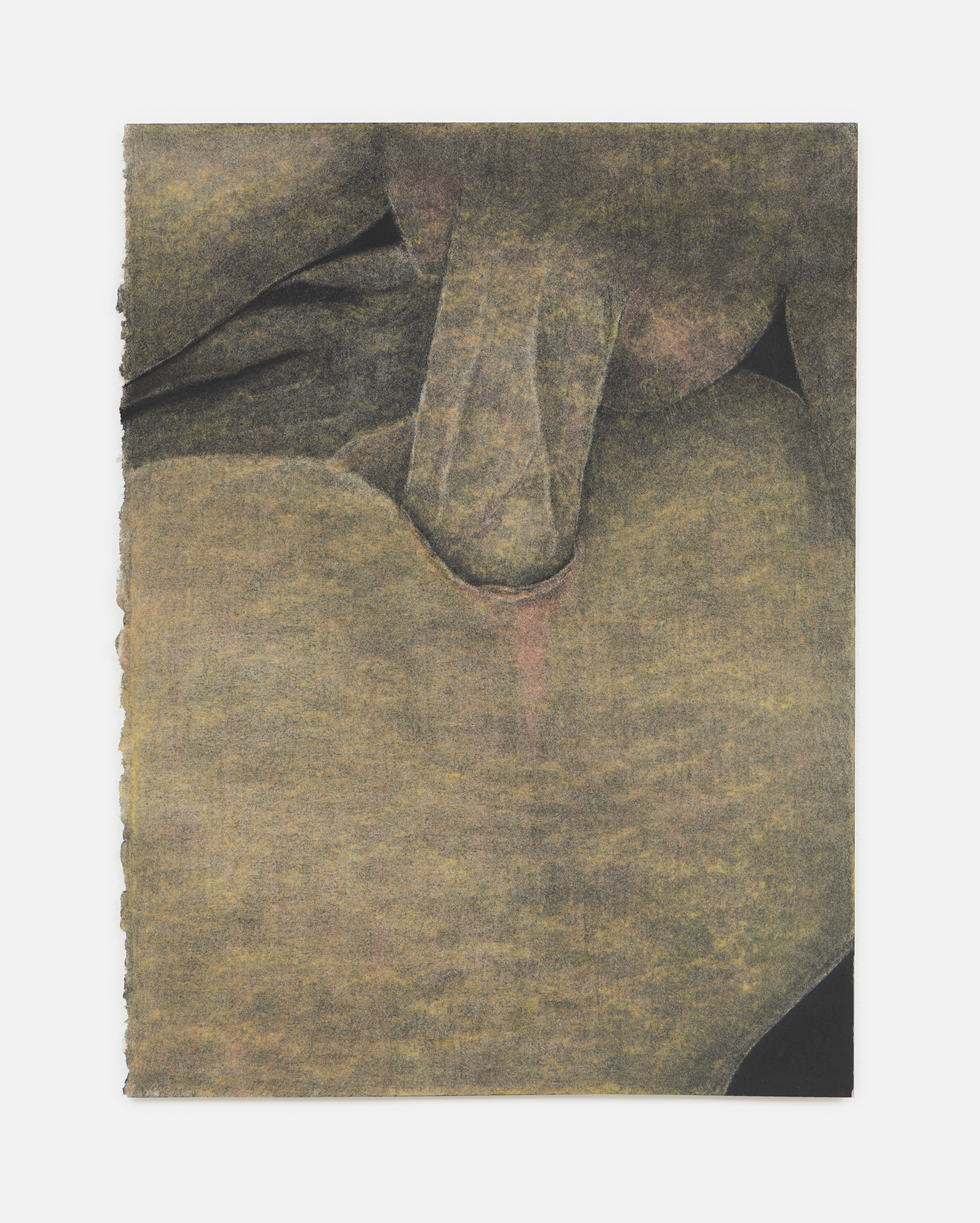 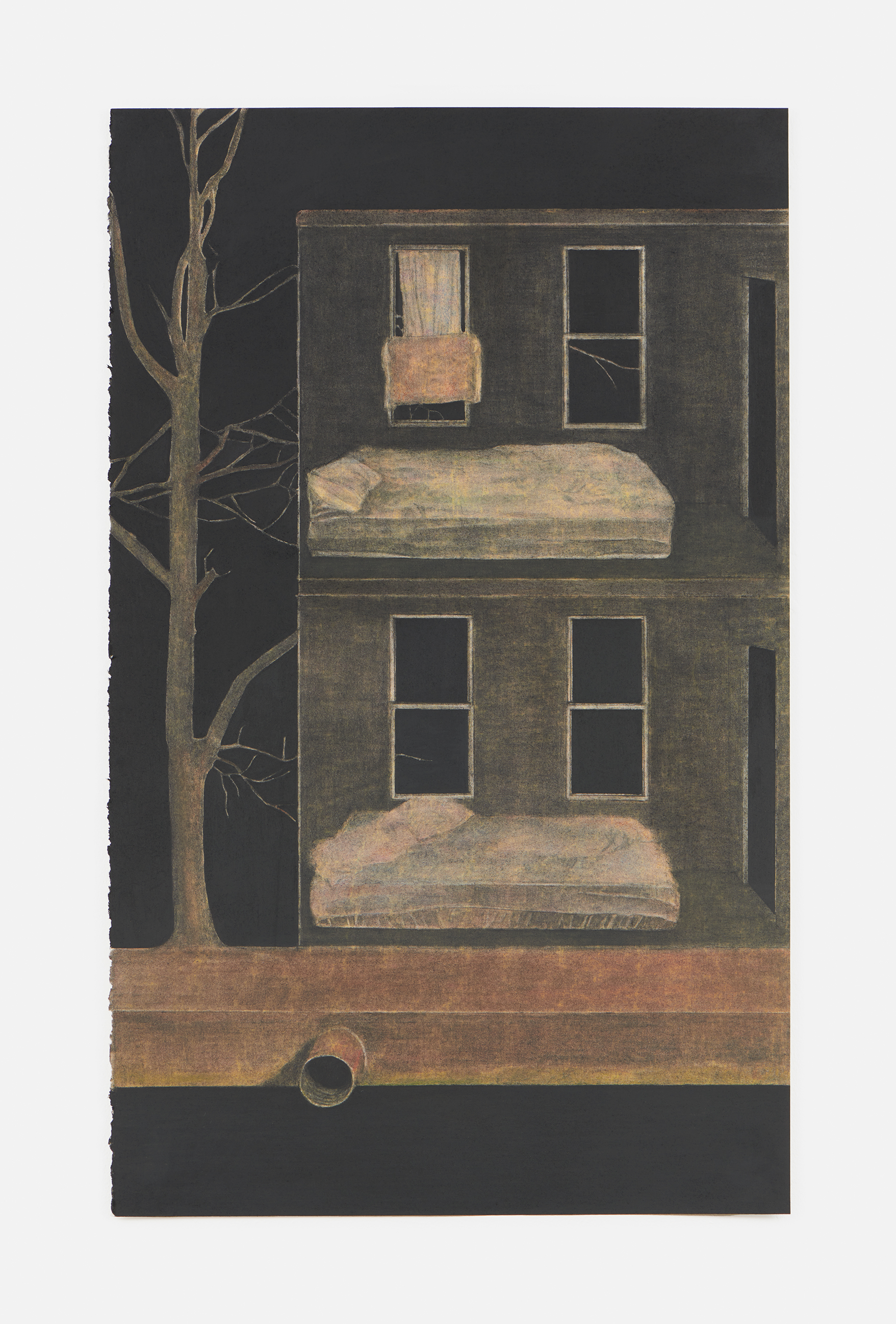 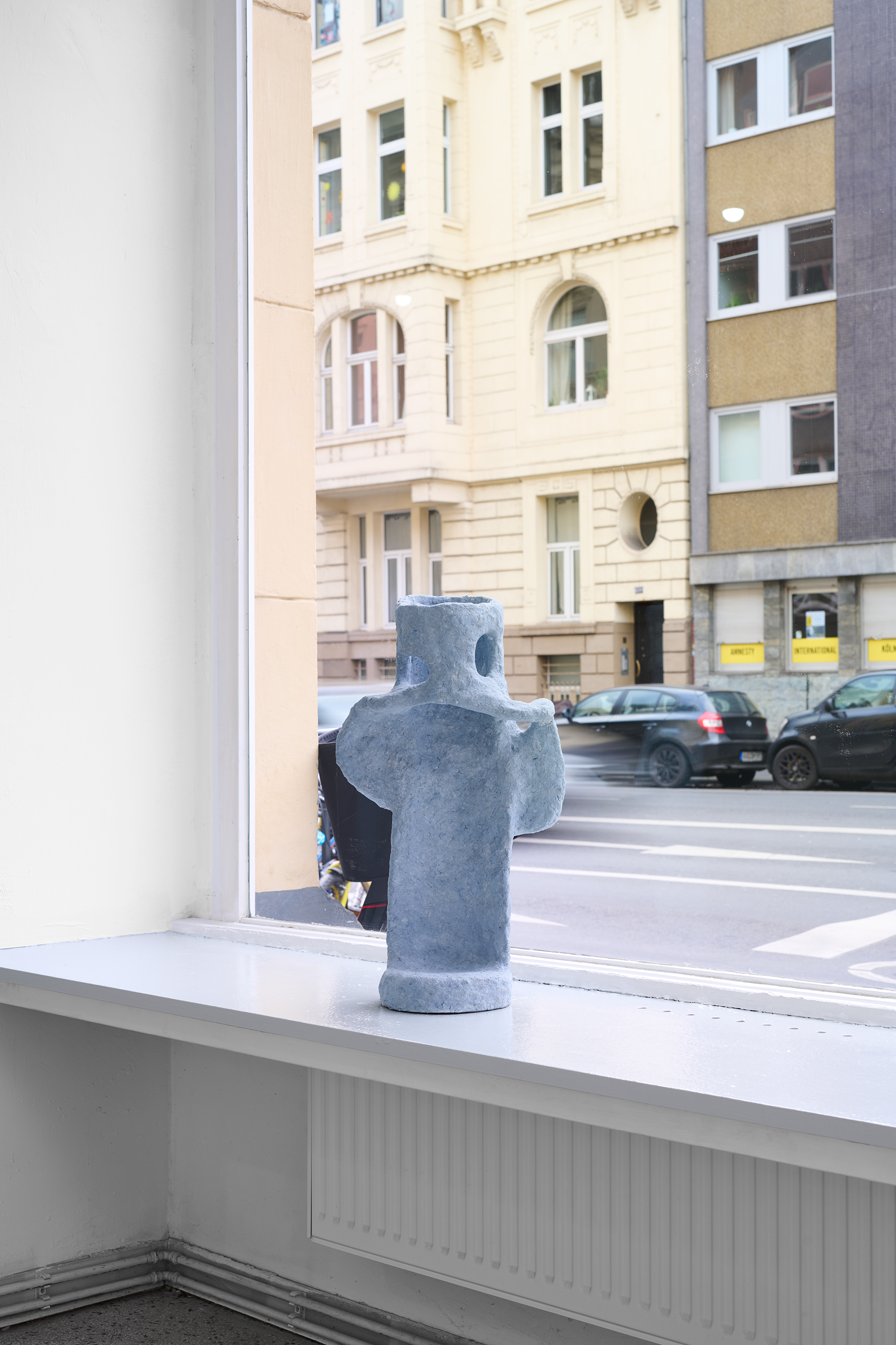 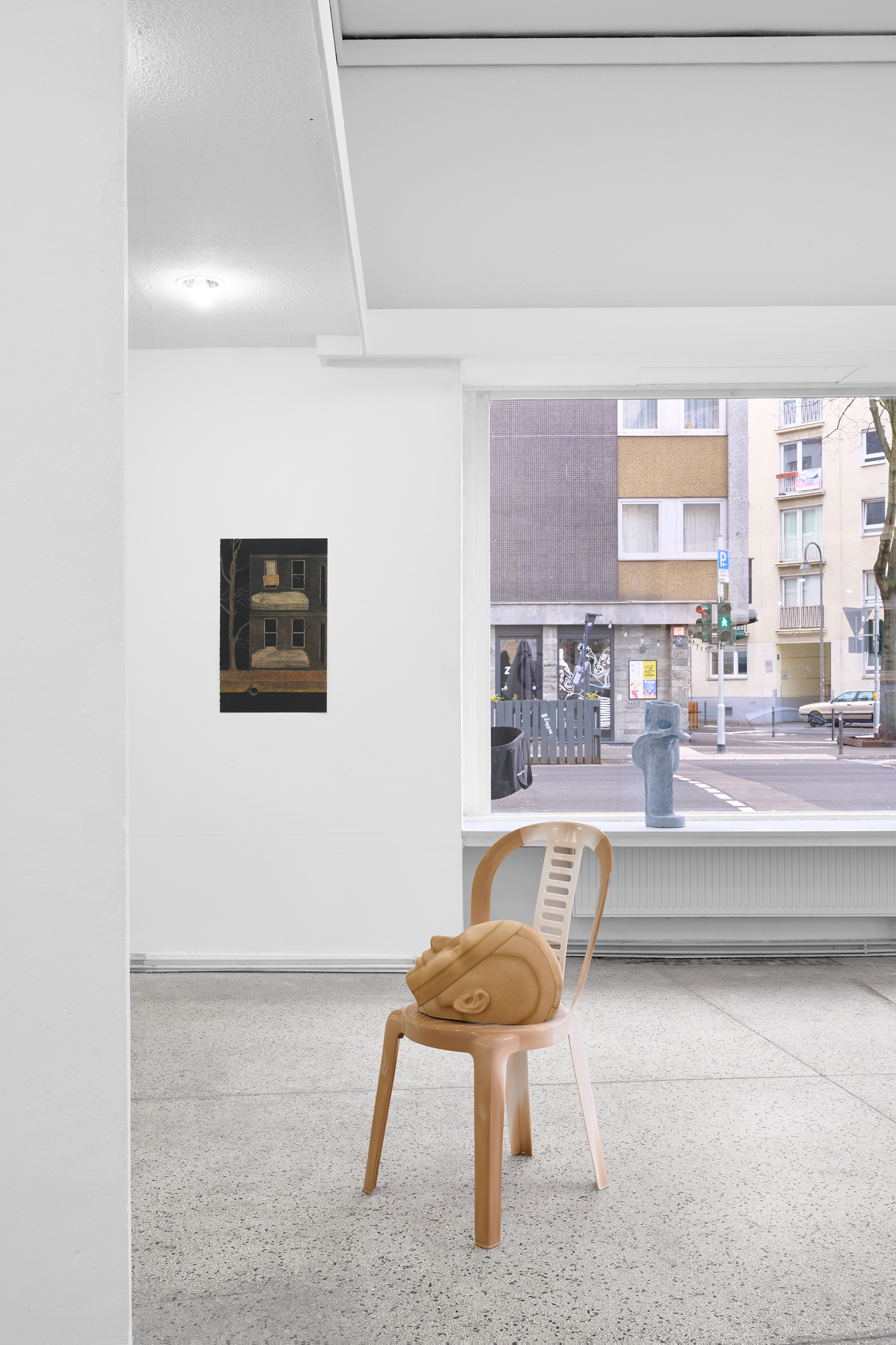 Bureau, Hot Wheels Athens, LC Queisser, Stereo, and Wschód move to Cologne. Spread between New York, Athens, Tbilisi, and Warsaw, they come together to collaborate in ways they can’t apart. To share a space like this suggests a sort of cohabitation; a pooling of resources and communal decision making, but also a leap of faith, trust, and commitment. Their partnership entails a cross examination of each other and their models of operation. Although demanding, this process can facilitate novelty and experimentation. In the act of moving in, each of the five galleries is encouraged to offer and receive, both between themselves and collectively, and by extension Cologne. Each will be presenting one solo show, and together three group shows: one to start the programme, one in the summer, and one in the fall.

For the inaugural group show at ECHO, Bureau will feature works by American artist Harry Gould Harvey IV. Harvey’s work is deeply influenced by their native city of Fall River, on Massachusetts’s Mount Hope Bay, once a major manufacturing hub and port city. Harvey’s work synthesizes many strands of thinking around the history, architecture, culture and ecology of the region. M?n Mad With Fear Reconciliation of the Source ⒶftⒺr Courbet (2021) features a self portrait of young Courbet flanked by renditions of the artist’s 1862 painting The Source. These figures find themselves in an ecclesiastical backdrop of red and black with faint outlines of angels hovering above. The work is framed in Harvey’s signature style, utilizing foraged black walnut to create intricate, hand-carved frames.

Hot Wheels Athens will stage two works by Marina Xenofontos. Xenofontos is a sculptor working through painting, installation, video, and animation. Her work narrates a struggle to recoup the imaginary, moving between rifts in personal memory and ideologically produced versions of history. The ongoing series titled Twice upon a while (2018 - ongoing) centers on the identity of a young teenager stuck in an ideological crisis, constantly forgetting her tasks. Variably explored in analog and digital formats, the iteration of the work at ECHO shows a disembodied CNC-carved head placed on a Monobloc error chair. The second work is a photograph taken out Xenofontos’ family home’s window, looking out onto what used to be a field and local roads. Today, the view looks out on a newly built highway that connects from Nicosia to Paphos, symbolizing a changing landscape under the sways of modernization. The photograph is mounted onto a silver-leaf wood panel, stemming from Marina’s material investigations into orthodox iconography.

From LC Queisser, the exhibition will include a series titled Quarantine Flowers, 2020 by Ketuta Alexi-Meskhisvili.

When the shutdown started in Berlin, back in March, schools, kindergartens and playgrounds also shut and the kids were home all day. We were being very diligent and dutiful, avoiding contact with anyone outside of the immediate family.

Life at the time seemed to alternate between infinite, prosaic household tasks and a ruthless onslaught of news. Very cleverly, or maybe romantically, Germany listed florists as essential to life and so they stayed open.

Flowers acquired tremendous allure and symbolism in that anxious time. Sheer stubbornness of their beauty in the face of despair hinted at restorative qualities of nature and so, gave one hope.

Unable to go to my studio, I started photographing them at night with a Polaroid camera once the kids were asleep. It takes some time for the image to develop on this particular film. I decided to make a ritual out of putting away the exposed films in a drawer overnight to see the resulting images in the morning.

This night ritual opened up possibilities of improvisation and play during the Groundhog Day to day of the quarantine and allowed for a sense of release through photographic language.

Stereo will present the latest sculptures by Polish artist Gizela Mickiewicz from her ongoing series Mass and Mood. Shapes, textures, and weight of matter, as well as relations between objects, create messages, reflecting the emotional tensions and subtleties specific for internal states. Therefore a mental state not easily expressed in words finds its material representation. The aim of Mickiewicz is to “reduce the subtle internal sensation to a solid body” – a visual representation of moments such as the internal conflict, experience of conflicting feelings, vague emotions, the nuances of human relationships – and capture them before they are named.

And from Wschód, two newest drawings by American artist Christopher Culver will be exhibited for the first time. A vast and eclectic array of imagery in Culver’s works begin with snapshot photography – a pictorial journal of daily voyeuristic experience of things, and relations between things.

Using only charcoal on unframed pieces of paper the artist creates almost phantom images that skew the familiar, creating a feeling of endless repetition, emptiness. Immersive environments emerging from Culver’s drawings trigger a sense of distance creating uncanny, enigmatic scenes abstracted from the artist’s internal, domestic and / or civic experience.

Harry Gould Harvey IV (b. 1991 Fall River, MA) lives and works in Fall River, MA. Harvey’s work is currently on view in the New Museum Triennial and was featured in a two-person exhibition with Faith Wilding at the David Winton Bell Gallery at Brown University in 2021. Upcoming exhibitions include the New England Triennial at the deCordova and Fruitlands Museum. Recent solo and two-person exhibitions include The Confusion of Tongues!, Bureau, New York, 2021; Coniunctio, with Kyung-Me, Bureau, New York, 2019; Prudence, Patience, Hope & Despair, Motel, Brooklyn, 2018. Harvey is a co-founding director of the Fall River Museum of Contemporary Art.

Christopher Culver (b. 1985 Miami, FL) lives and works in New York. He received his MFA from The University of Texas at Austin in 2013 where he studied at the School of Fine Arts and School of Architecture. Culver has had solo exhibitions at Chapter, New York; The Meeting, New York; A.D., New York; Redling Fine Arts, Los Angeles; Yautepec, Mexico City; and Queen’s Nails Annex, San Francisco. His work has been included in group exhibitions at Downs & Ross, New York; Et al. etc., San Francisco; Lomex, New York; and Page Gallery, New York, among others.