Photography by Aurélien Mole / all images copyright and courtesy of the artist and Sans titre (2016), Paris 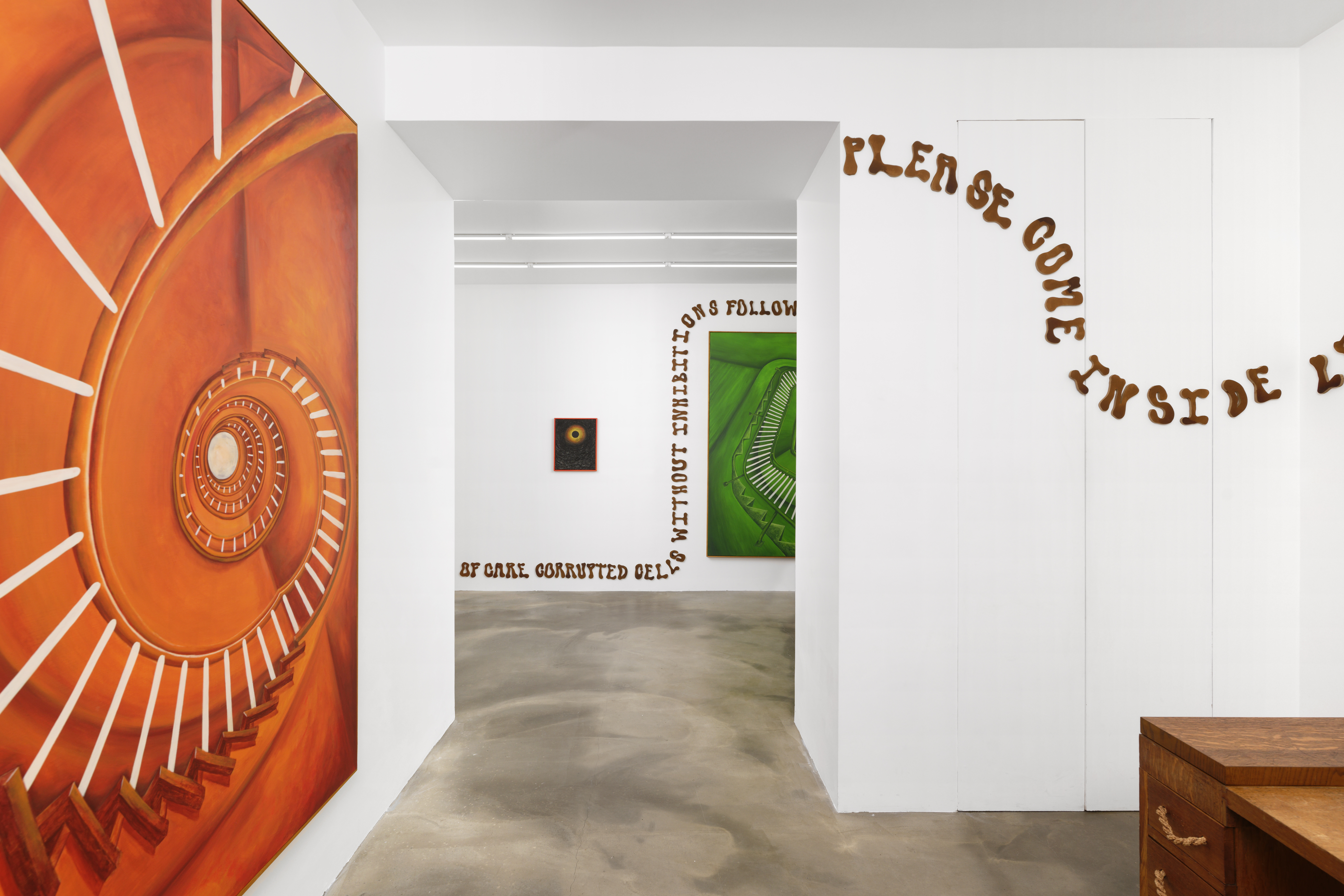 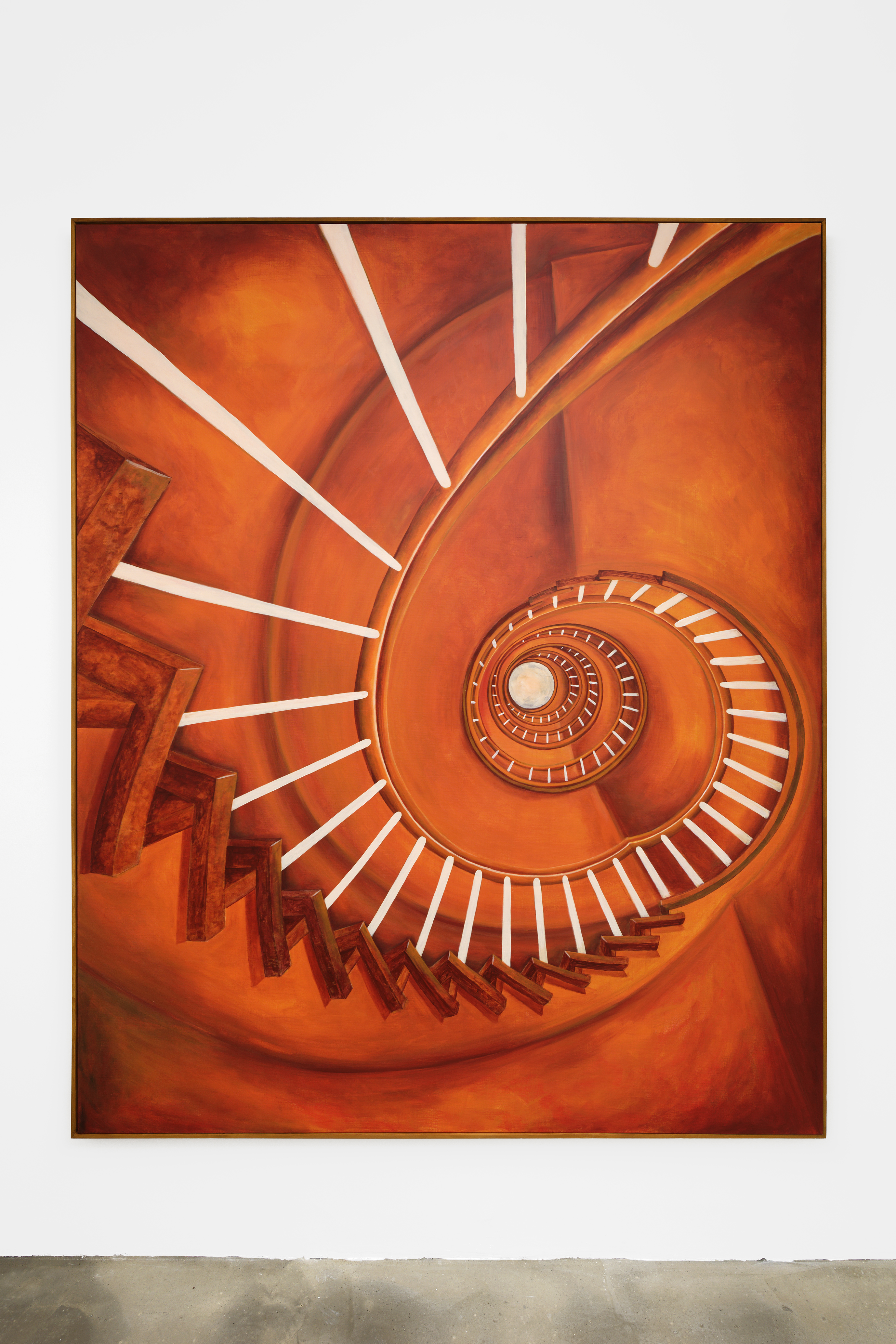 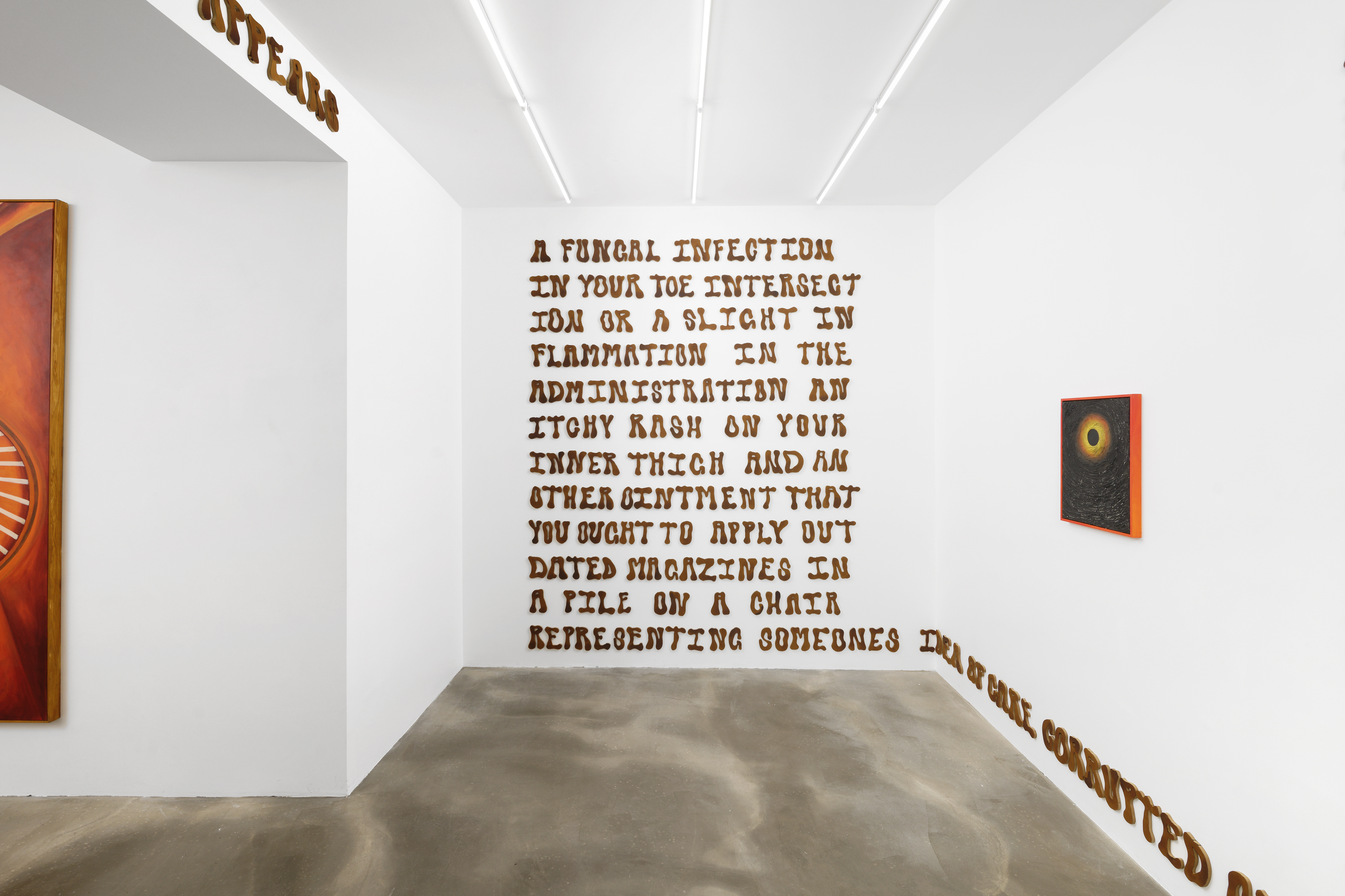 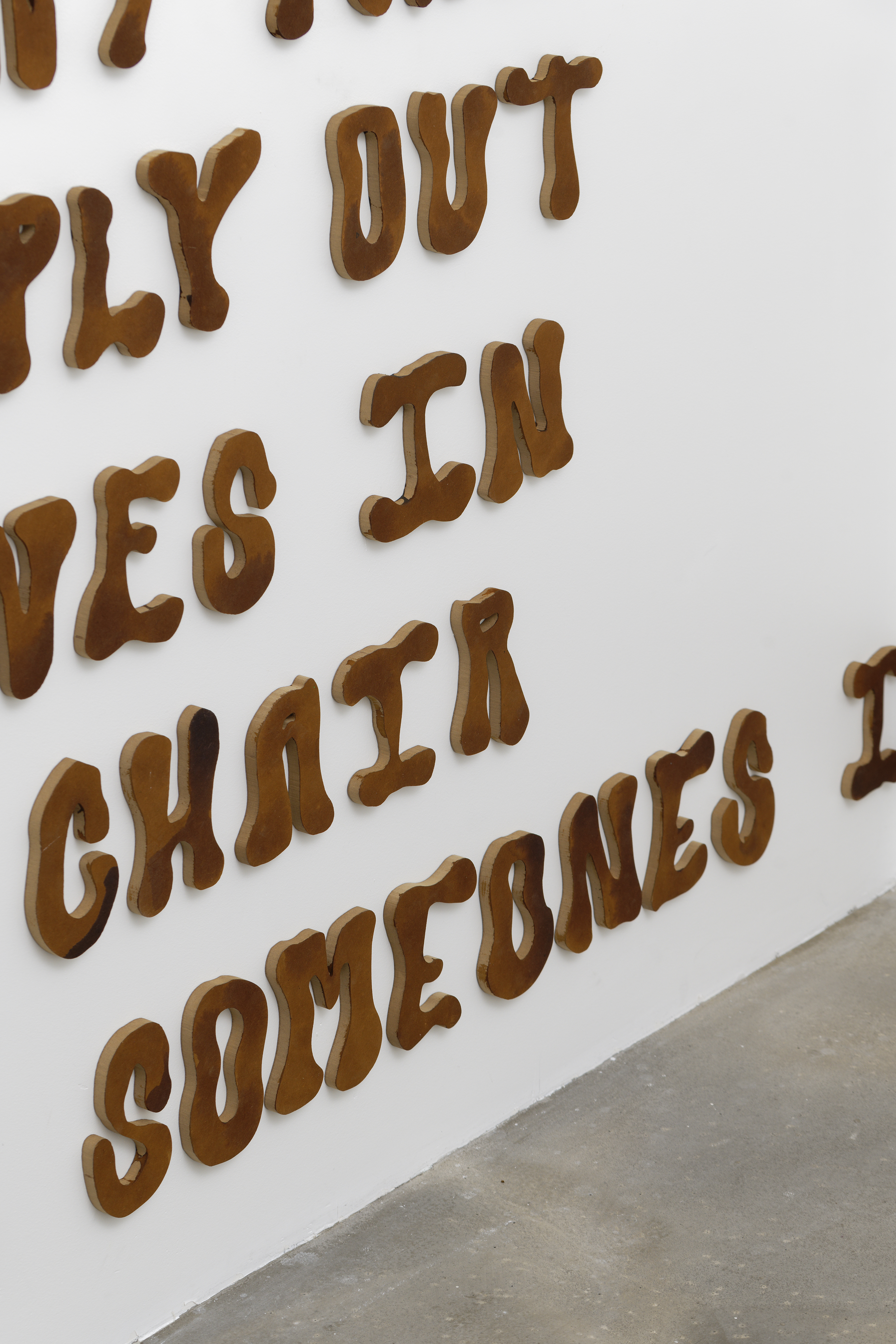 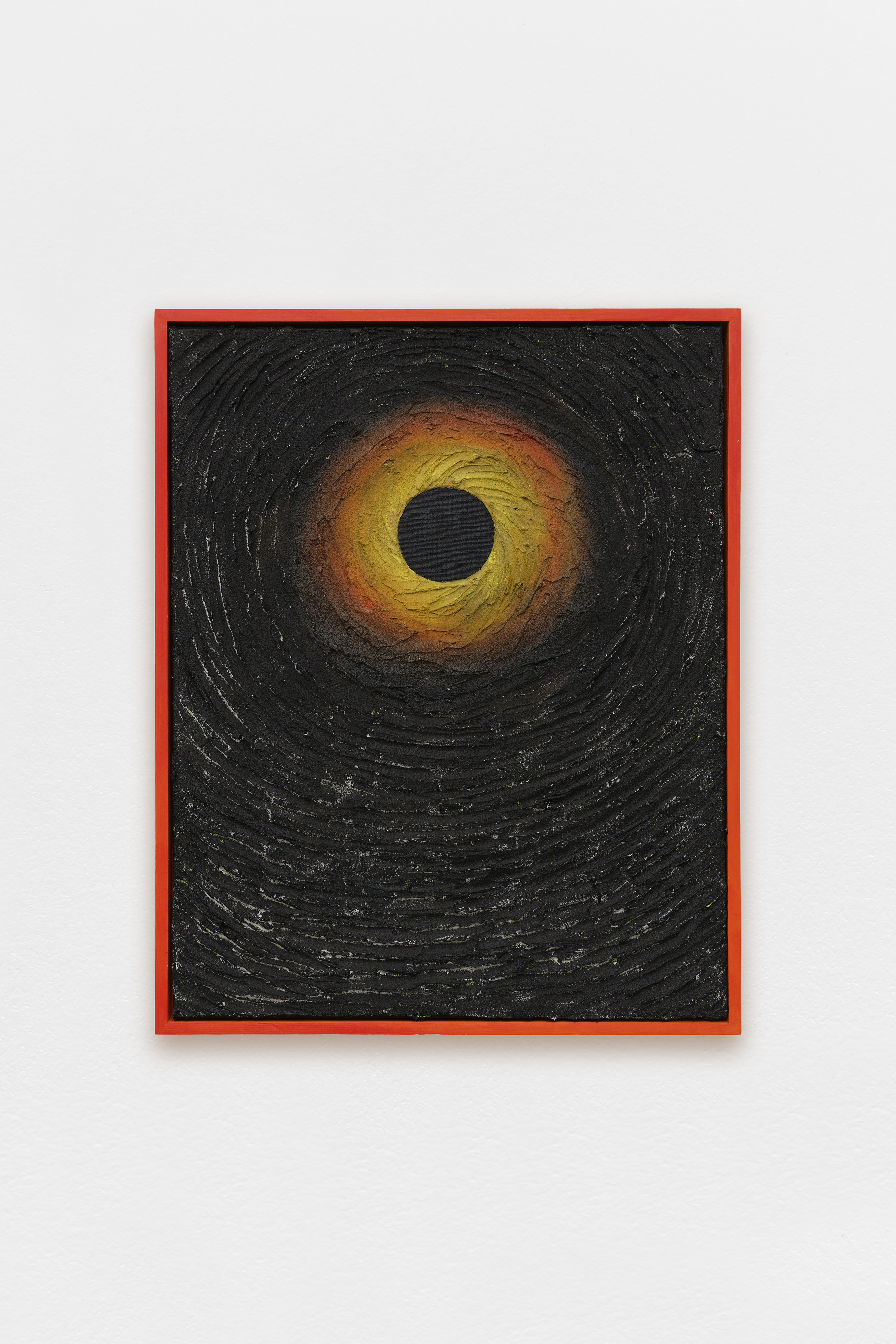 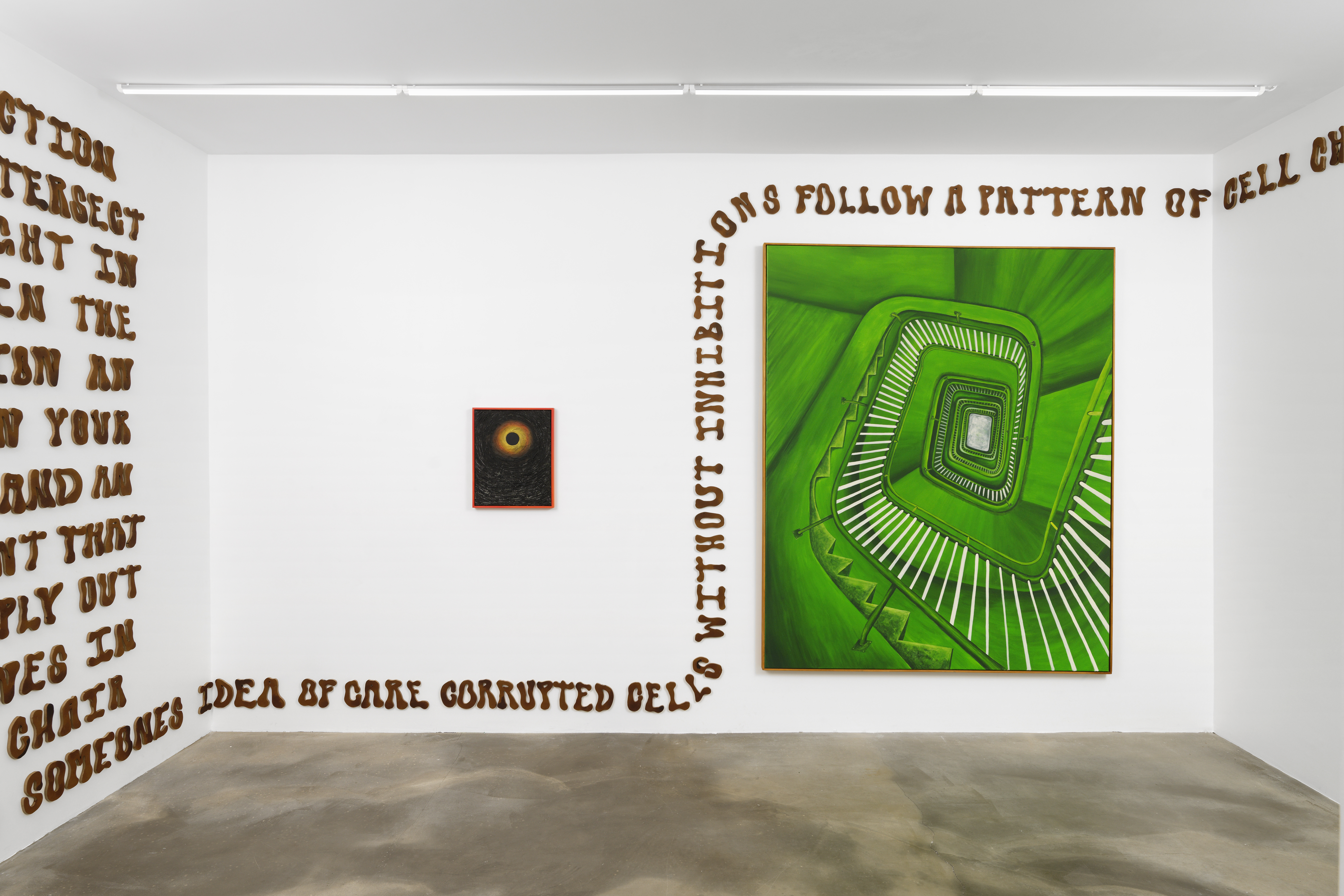 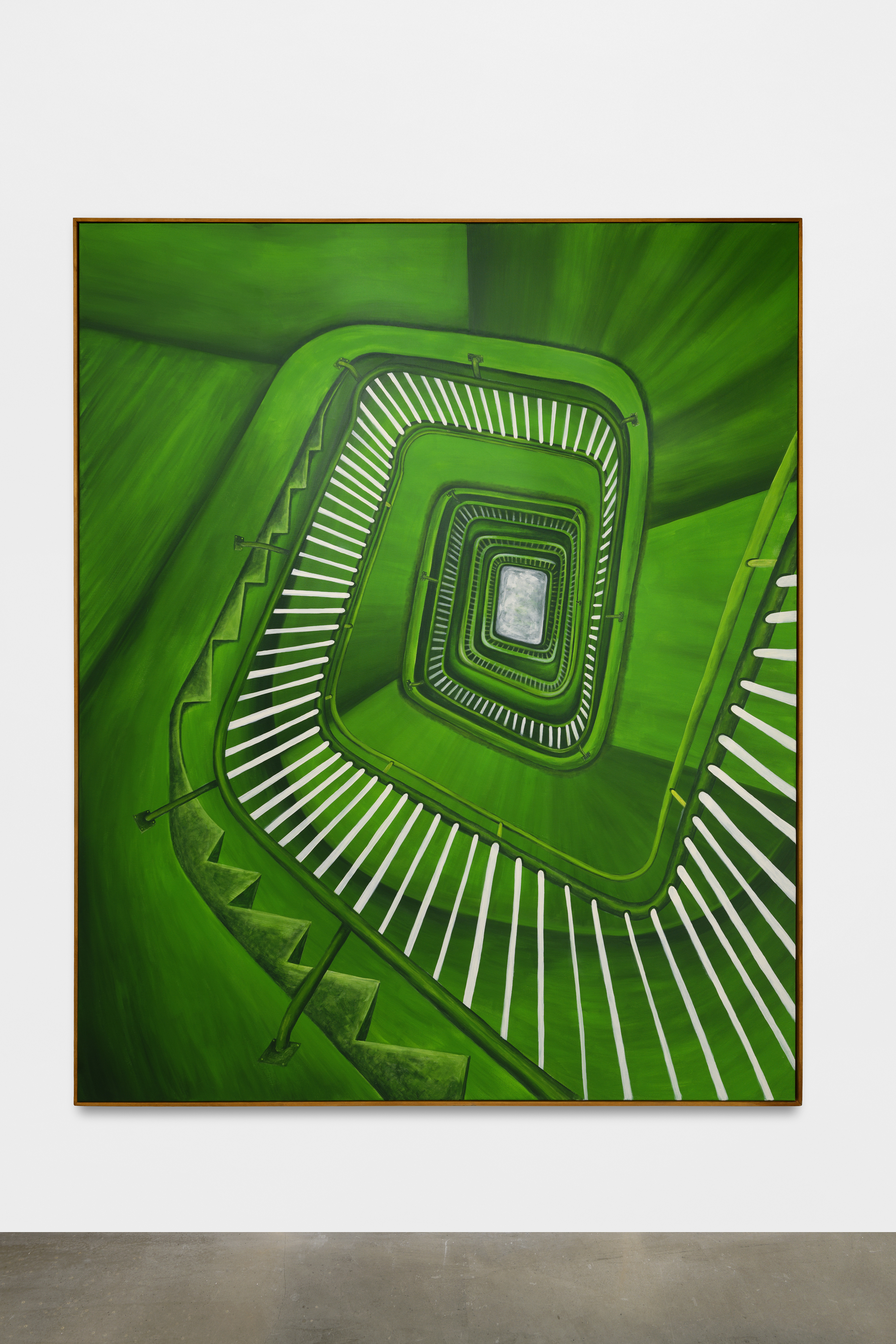 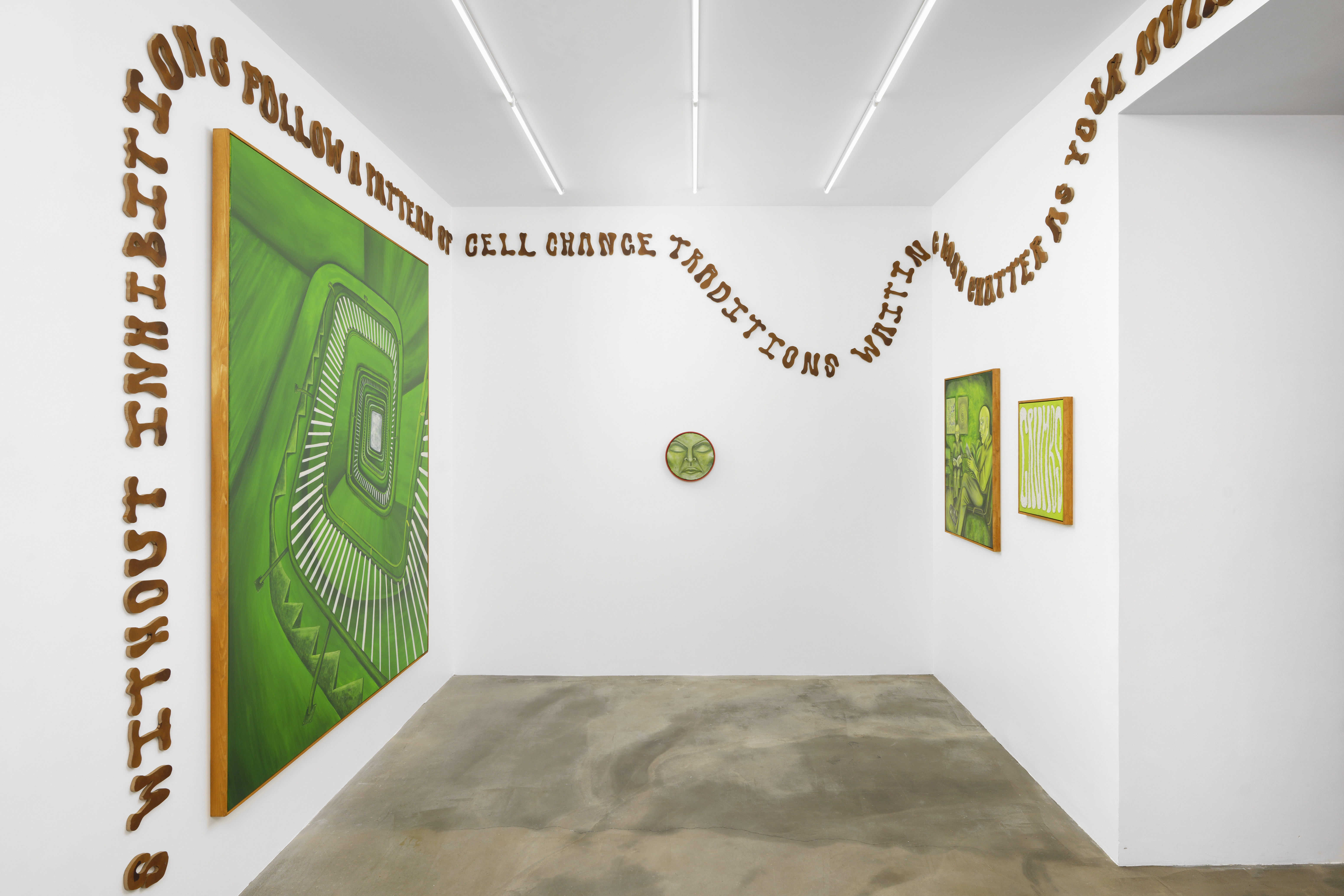 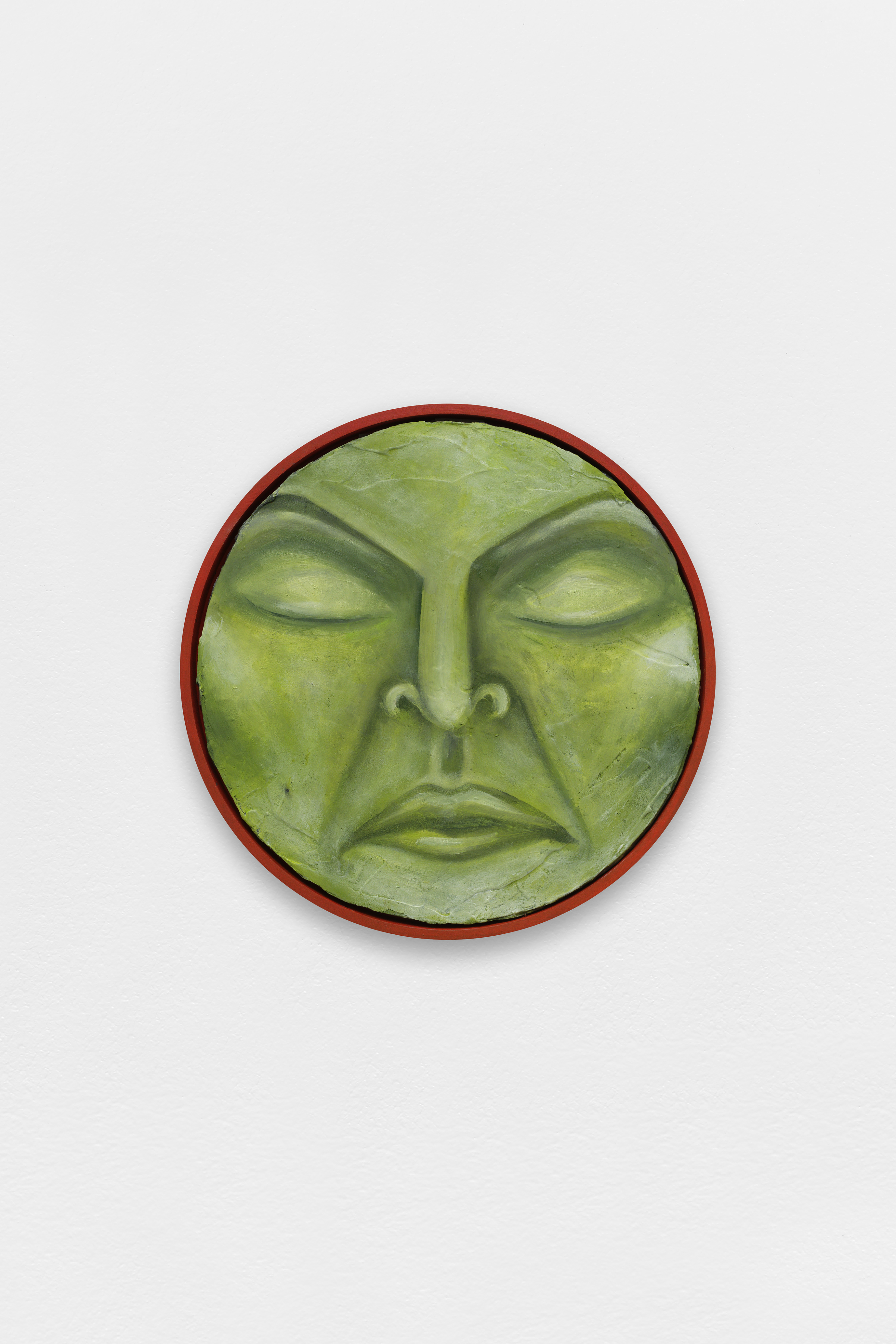 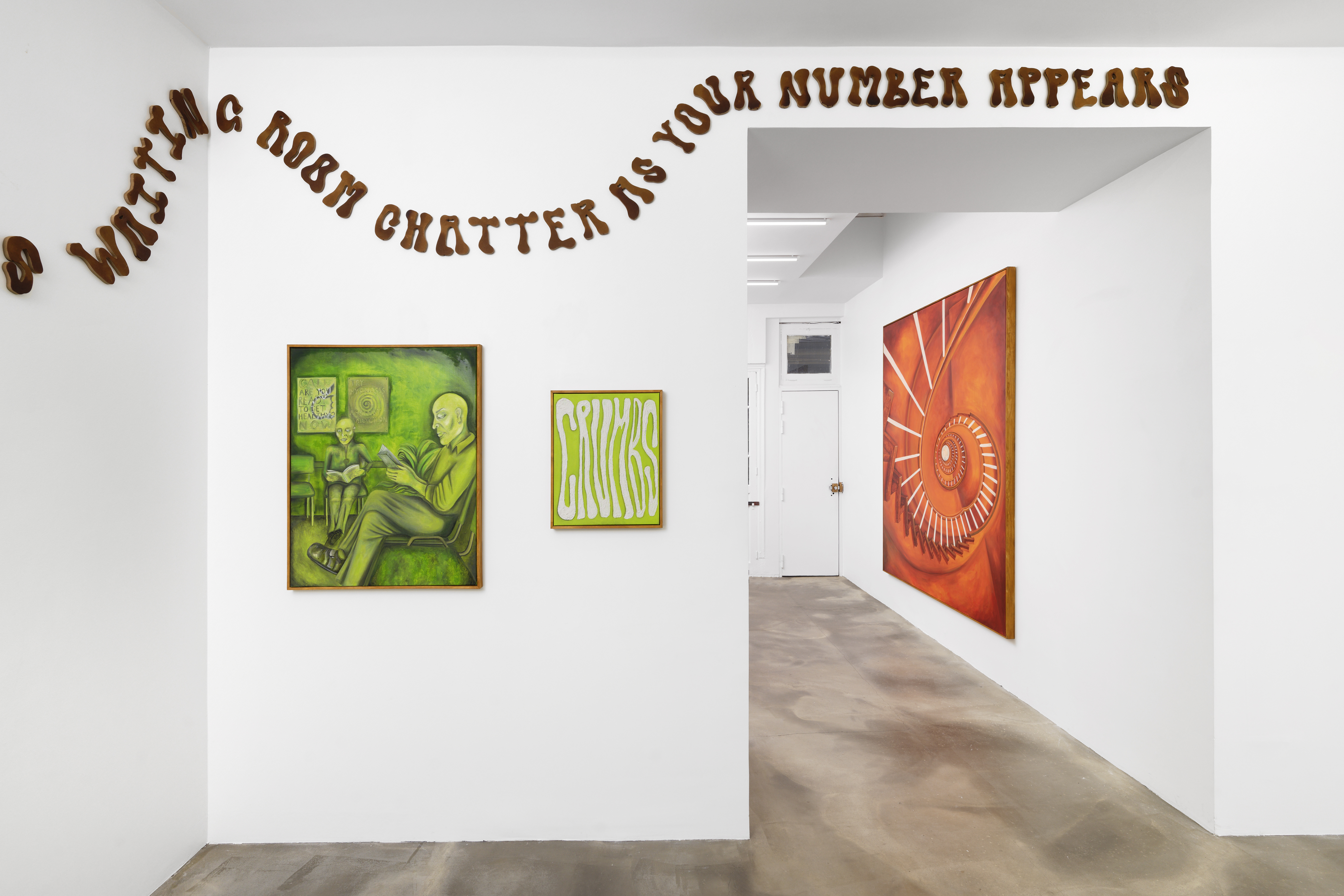 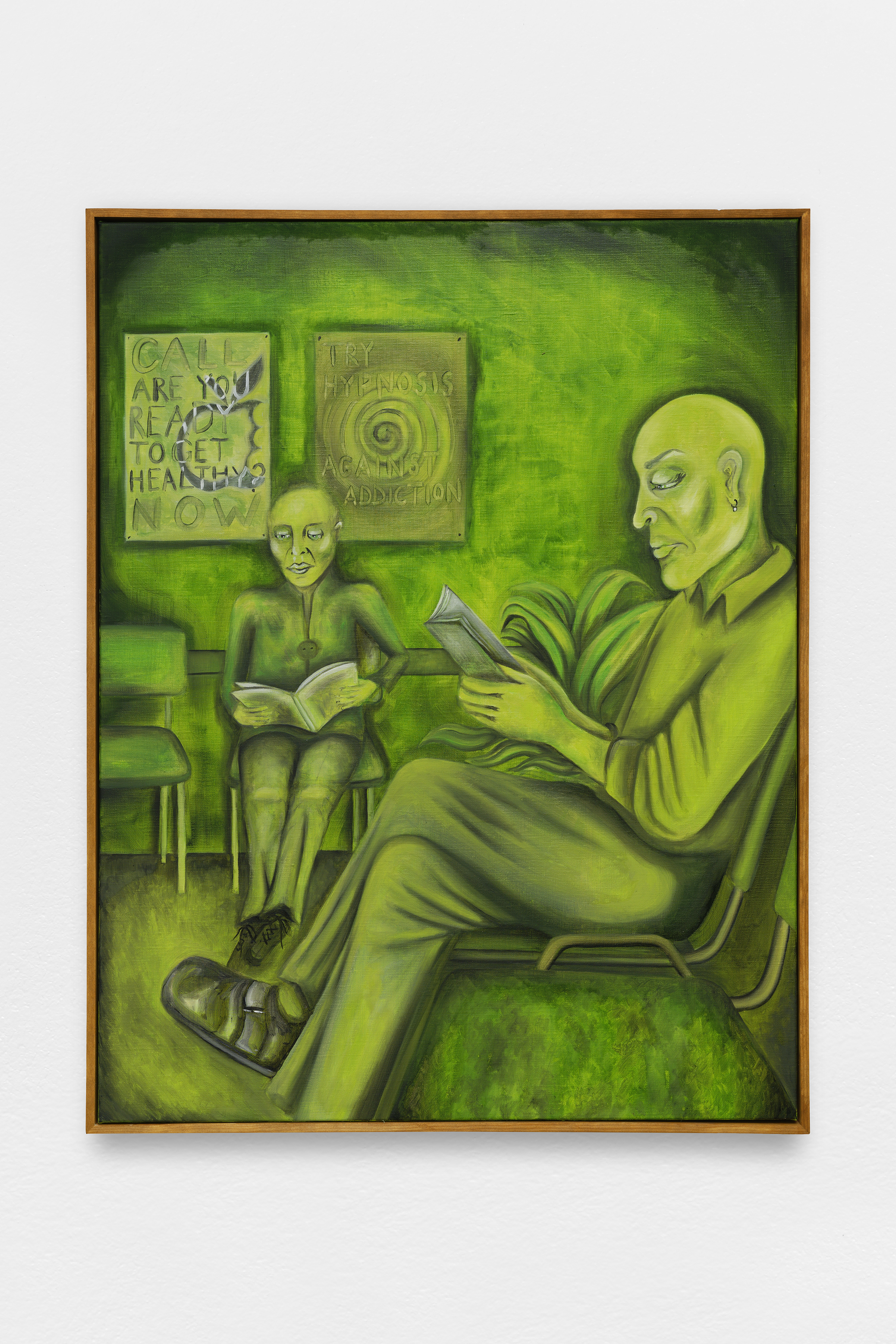 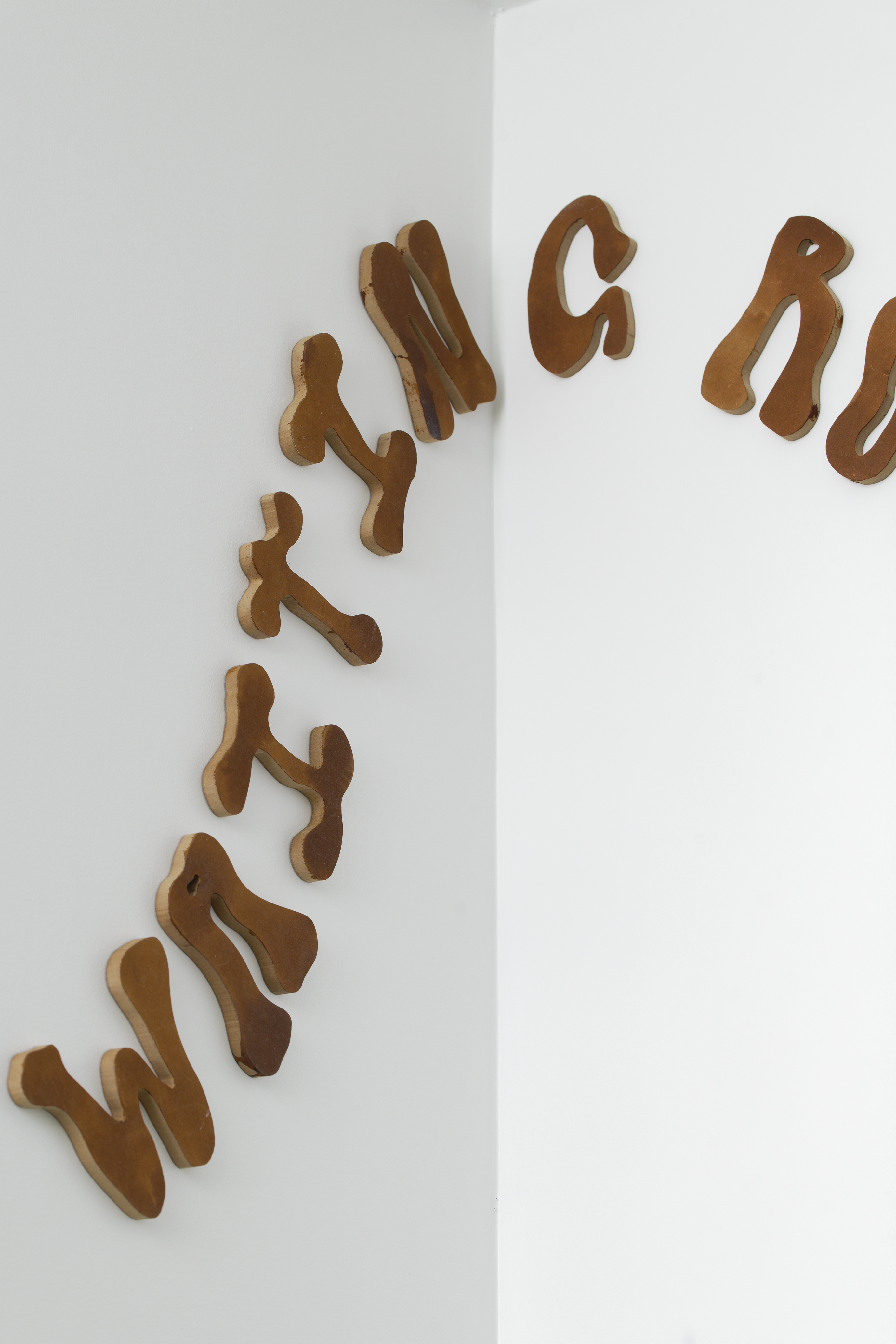 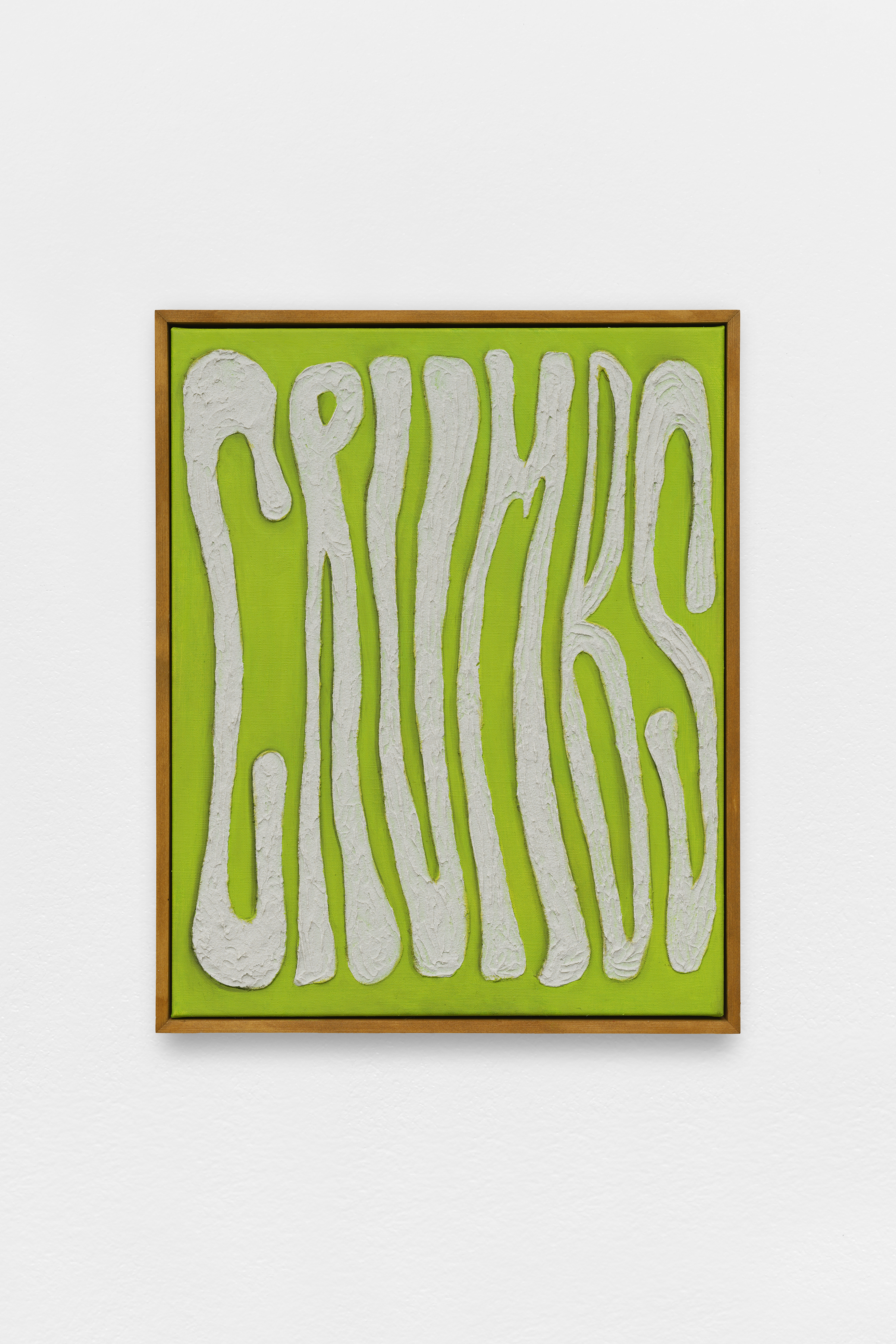 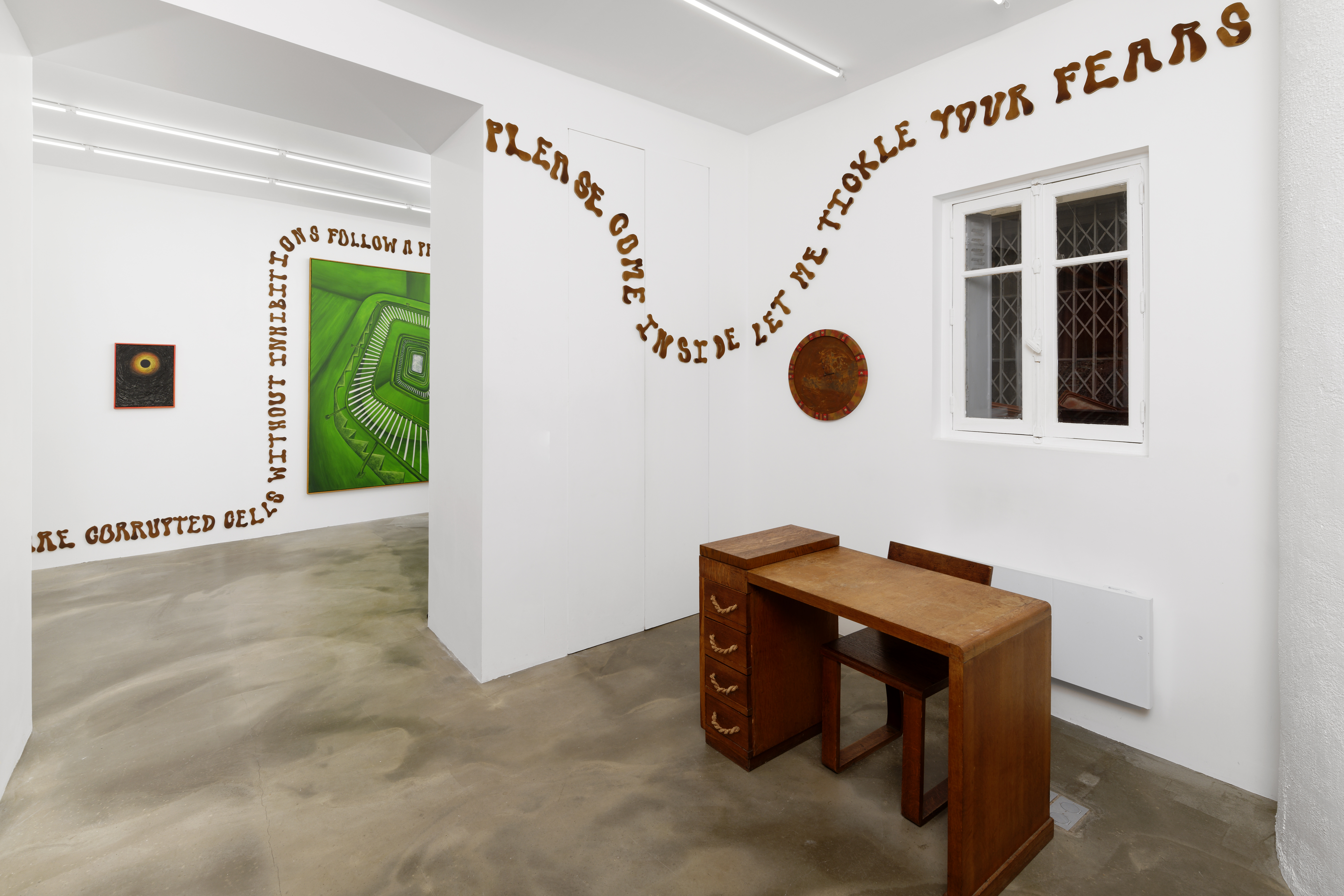 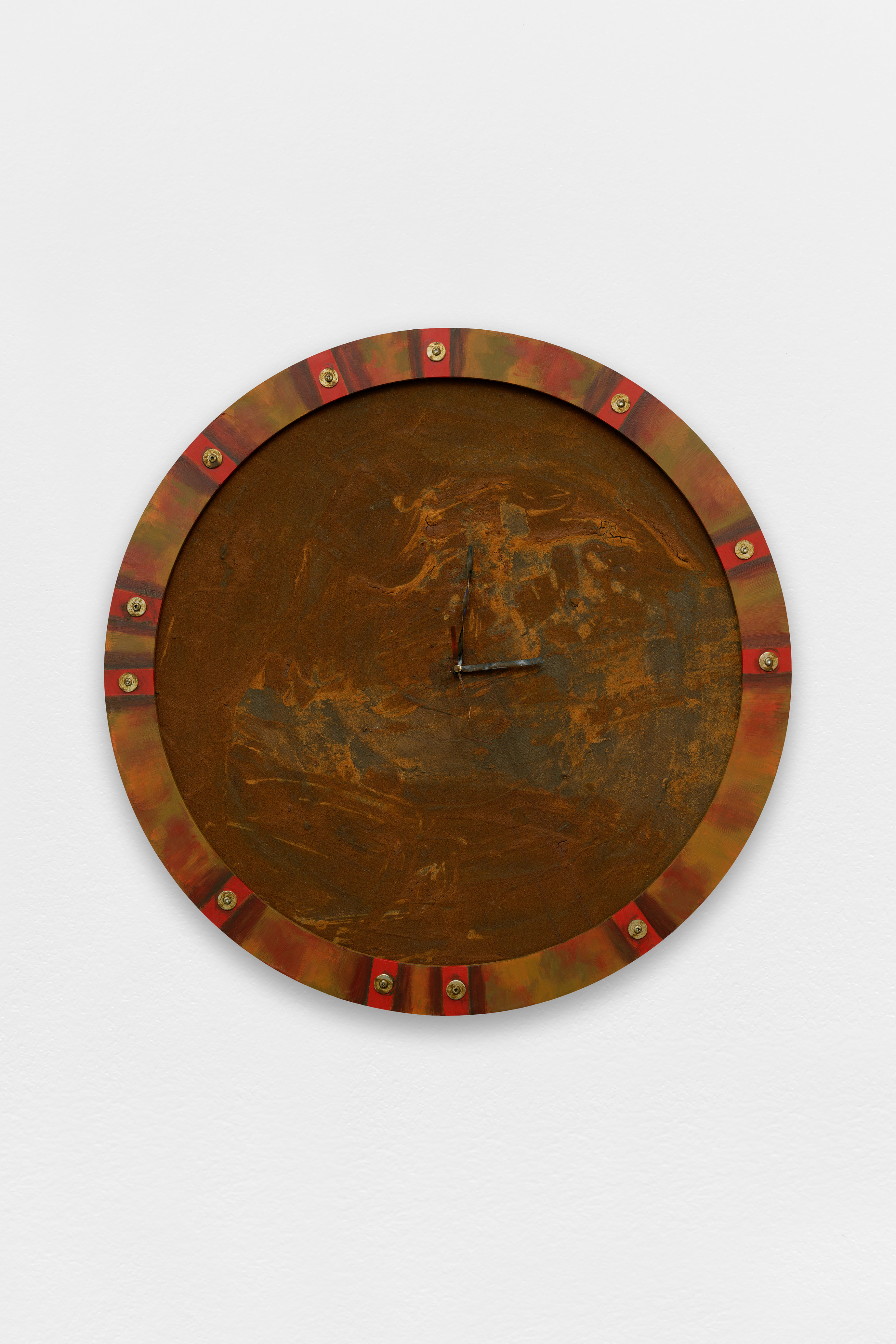 The doors leading from the waiting room are labelled: X, Y, Z, no indication of the function of the rooms behind them. Between these wooden doors is one made of glass, obscured by silver blinds it only allows an occasional glimpse when opened by a person in a lab coat. They step out to ask people to enter one of the antechambers and instruct them which body parts to expose, the black-and-white screen behind them ready for the emergence of the image in question. Everyone that sits in these chairs has come here, has been sent, to get an answer, to find out. An envious look at the girl wearing a cast on her foot – whatever the result of her examination, it cannot be that cruel. You still have some time to kill until it’s your turn to enter the X-ray cabinet.

Door X – Helix In medieval architecture the spiral staircase served as a means of protection, a lithic immune system to ward off mass assaults. Its narrowness wouldn’t allow attackers to storm the fortress in large groups, instead they would have to ascend one by one, their sword arm too close to the central pole to make use of their weapon. Helical hallways morph into psychedelic maelstroms: the castle’s bedchamber, a postmodern museum annex, fire escape stairs, deoxyribonucleic acid, a snail shell. Movements that revolve around one axis, upward mobility is the main concern. Yet what appears to be the promise of upgrades and advancements can easily slip and morph into a downward spiral of sorrow.

Door Y – Notes from Sick Rooms On sick days you can barely look at a screen, let alone read. Others have managed to write from the sickbed. The books are piling up: Virginia Woolf’s “On Being Ill”, Susan Sontag’s “Illness as Metaphor”, Audre Lorde’s “The Cancer Journals”, Anne Boyer’s “The Undying”. Does some part of you fear that these texts are contagious? That to know the diagnosis is to engender or at least accelerate the course of disease? Those that take care of a precarious, suffering body become abjected along with the person turned patient. Somewhere between productivity and exhaustion they get ostracized and outsourced, their care alienated as unpaid and underpaid labor.

Door Z – Vortex The invasive gaze through the keyhole or into the orifices of the body becomes obsolete with X-ray vision permeating layers of architecture and anatomy. You’re being handed a disc with the stored pictures, no word on a diagnosis, it will take several days. Patience. Without translation these images are useless, only legible for a specialist’s eye but with plenty of ambiguous marks enabling the anxious imagination. No way to tell if what you see is harmless, benign or ruinous, even fatal, it is just white and grey fibrous tissue on your display, disrupted by black spots that hijack your attention. Hyper focusing turns into a tunnel. Being swallowed: a black hole has no surface to stop a fall, its infalling object is stretched into a thin strip of matter, a spaghetti so to say. The schematic illustration of the gravitational field of a black hole resembles the cross section of an anemic vein that leads nowhere. You’re falling into the trap of your own body, eyeballs first, extremities and torso all stretched out, spine bending, another kind of dysmorphic disorder.

Exit What would happen to a human body if it fell into a black hole? In “The Great Spaghettification”, Tanja Nis-Hansen’s second solo show at the gallery, the painted spaces shift between architecture, language and the corporeal. Encountering the more mundane holes that tear open in life when inhabiting or taking care of a sick body, we can follow sentences dissociating into words and letters under the gravitational pull of uncertainty and meet characters that dwell in the stretched-out time zone between not-knowing and finding-out.

Tanja Nis-Hansen (born in 1988, Danemark) lives and works in Berlin. She studied in Copenhagen and Vienna before achieving both her BFA (2016) and MFA (2018) at the Academy of Fine Arts, Hamburg under the supervision of professor Jutta Koether.

Tanja Nis-Hansen has had solo exhibitions at Sans titre (2016), Paris and at Udstillingsstedet Sydhavn Station, Copenhagen (both in 2019), at Come Over chez Malik’s, Hamburg (2017). Recent group exhibitions include L’INCONNUE, New York (2021); SORT, Vienna (2019); Crum Heaven, Stockholm (2019); Rumpelstiltskin, New York (2018); Kunsthaus Hamburg (2018); Galleria Federico Vavassori, Milan (2018); Munchener Kammerspiele, Munich (2018) and Institut Kunst, Basel (2018). She was awarded the Neue Kunst Hamburg grant with Niclas Riepshoff (with whom she forms the performance duo CONNY) and a grant by the Danish Art Council in 2019, after being nominated for the Hamburger Arbeitsstipendium, the Hiscox Kunstpreis and the Schues Nachwuchsförderung all in 2018. In 2022, Tanja Nis-Hansen will have solo shows at Vestjyllands Kunstpavillon, Videbæk and at L’INCONNUE, New York.