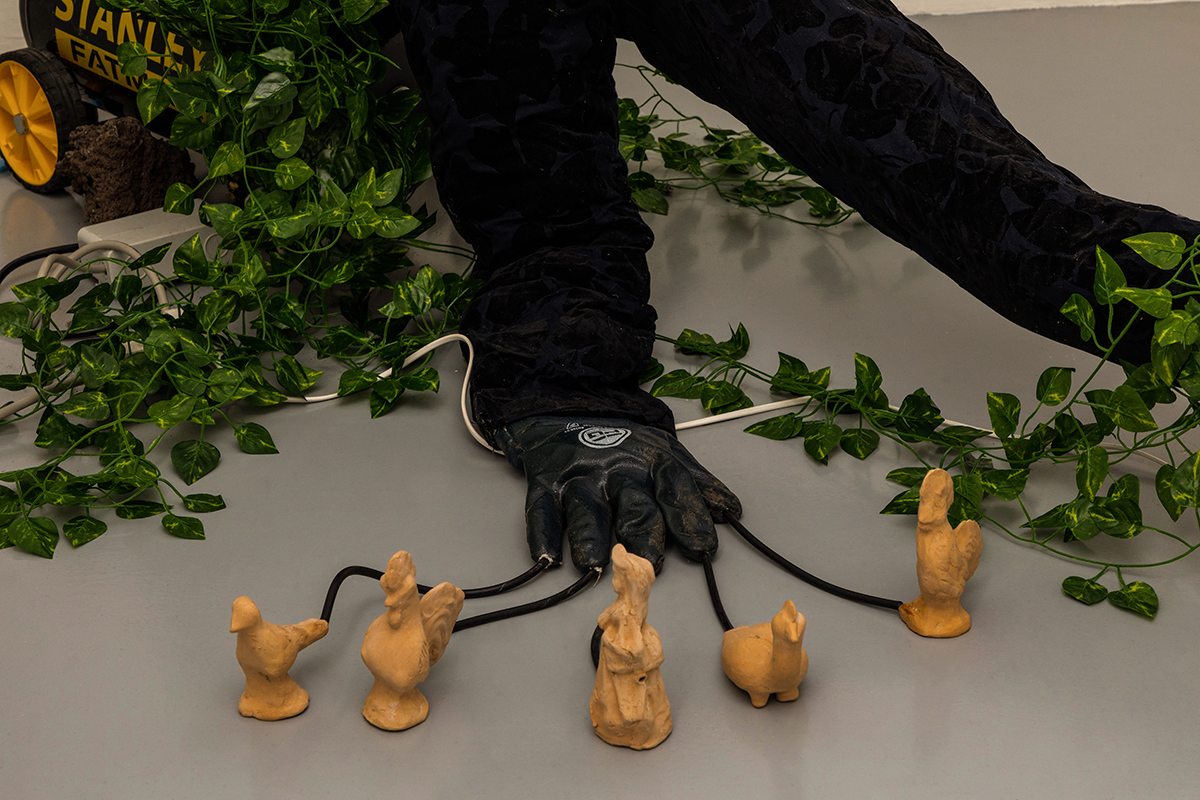 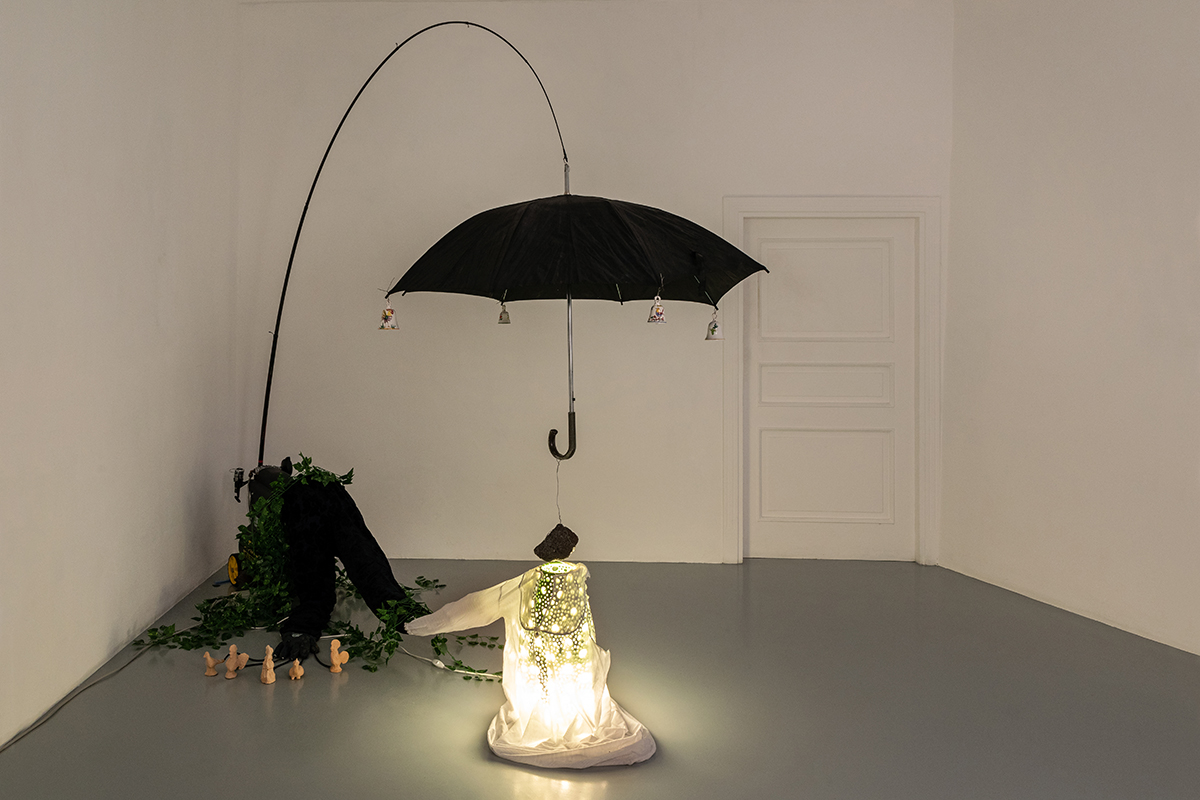 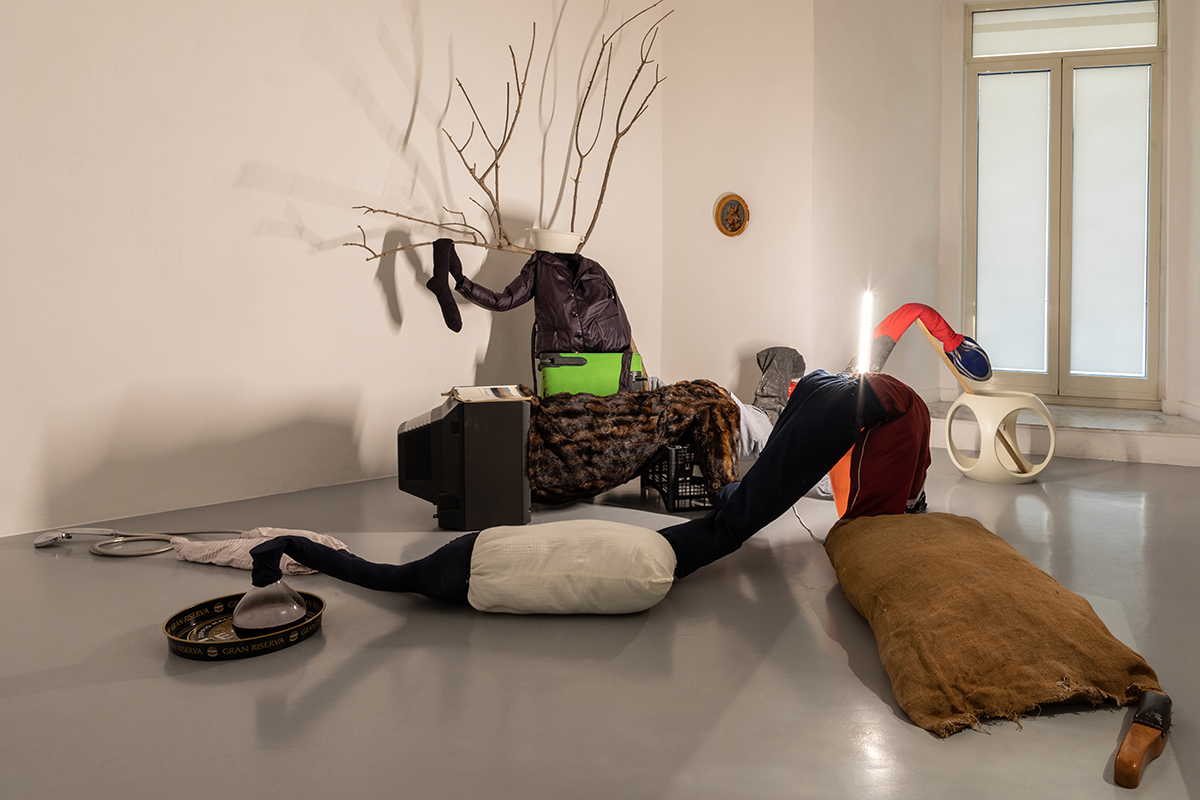 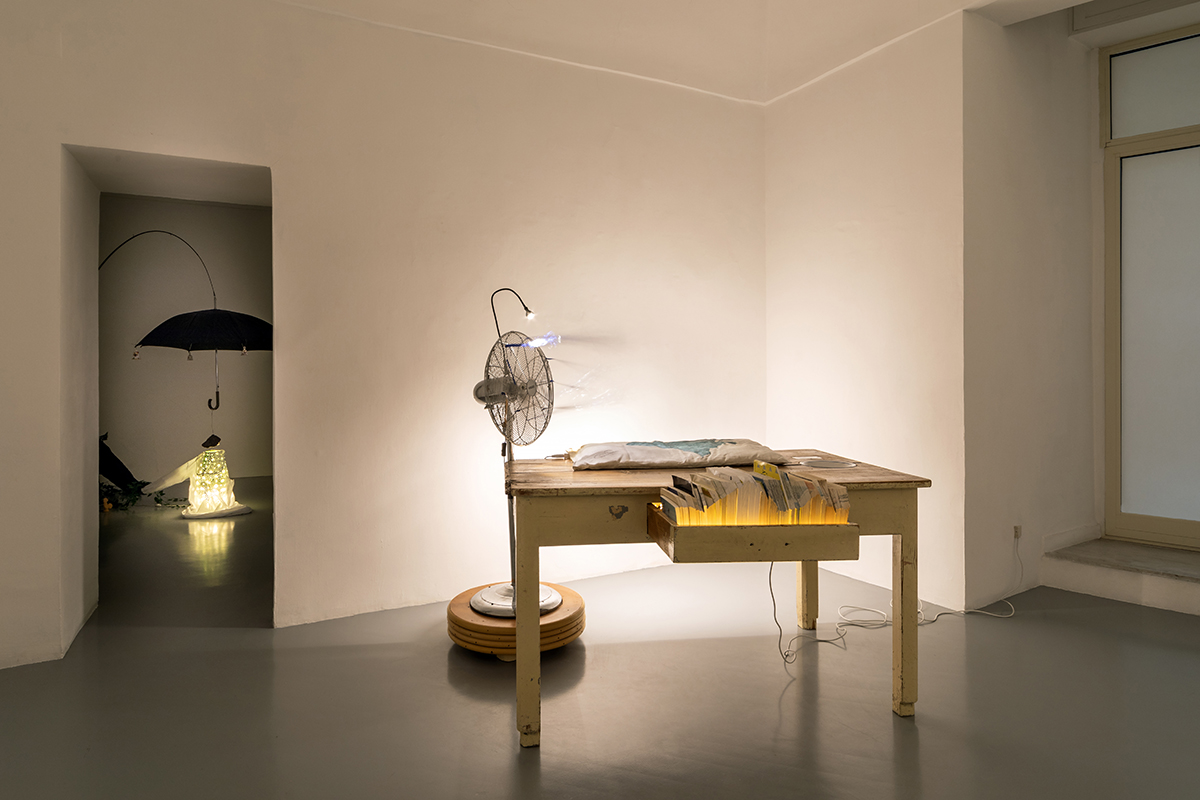 Galleria Umberto Di Marino is delighted to present the latest personal exhibition of Eugenio Tibaldi, with the title Balera. The new project traces a line of continuity with the exhibition Più in là che Abruzzi curated by Simone Ciglia at the MuMi – Museo Michetti in Francavilla a Mare of 2019. Following a practice that has become a method, Tibaldi’s work structures itself through the mechanisms and dynamics of specific places, nearly always marginal spaces, to try to reflect on a recurrent condition found in human communities everywhere that avoid the logic of Western consumer culture. Established as tool of interpretation for a contemporaneity always more marginal, the artworks thought out by the artist for the spaces of the gallery attempt to be excluded from the idea of ‘grand narration’, focusing the attention on the specific details of an often mediocre and imperfect reality. In this way the interest moves from the center to the external, in a dialogue with all the informal practices that, moved by an extreme dynamism, determine the changes in the aesthetic being referred to. Abandoning any presumption of representation of reality, and of a faith in an unmistakable reality, Balera entrusts all its dynamic creativity to the public’s perception, into a body of singular and non-functional sensations. The three installations and their respective preparatory drawings are placed as the reading material for the different visions some inhabitants of Abruzzo region had on their own self-prescribed marginalization. The group that the artist interviewed through a questionnaire was selected by the contest Abruzzo Include, in which people applied by marking themselves as a marginalized person. If a personal feeling of social, political, economical, and cultural exclusion can be a fundamental parameter judged by public institutions, Tibaldi’s research seems to affirm that truth and reality as concepts/fetishes are simply each person’s perception transforming itself into its most credible version. For this reason, withholding the three rooms from their traditional lighting, the rooms lose the function of being containers and are transformed by Tibaldi’s installations into an active, living, intimate place in which the sensations expressed by each object in the sculptures change based on what the natural lighting of the room shows. Balera in this way defines a new possibility for the model of analysis on the concept of margin, structured by Tibaldi in his latest projects into a set of rules that are almost scientific, but never linear, that aim to define a common feeling of country as an “international” space. It is not a coincidence that it’s in Abruzzo, historically considered as the farthest frontier of the Borbonic kingdom, that these artworks turn towards the center of a new periphery.
Tags Daily Lazy Exhibition., Eugenio Tibaldi, Galleria Umberto Di Marino, Naples
Newer Post Older Post Home