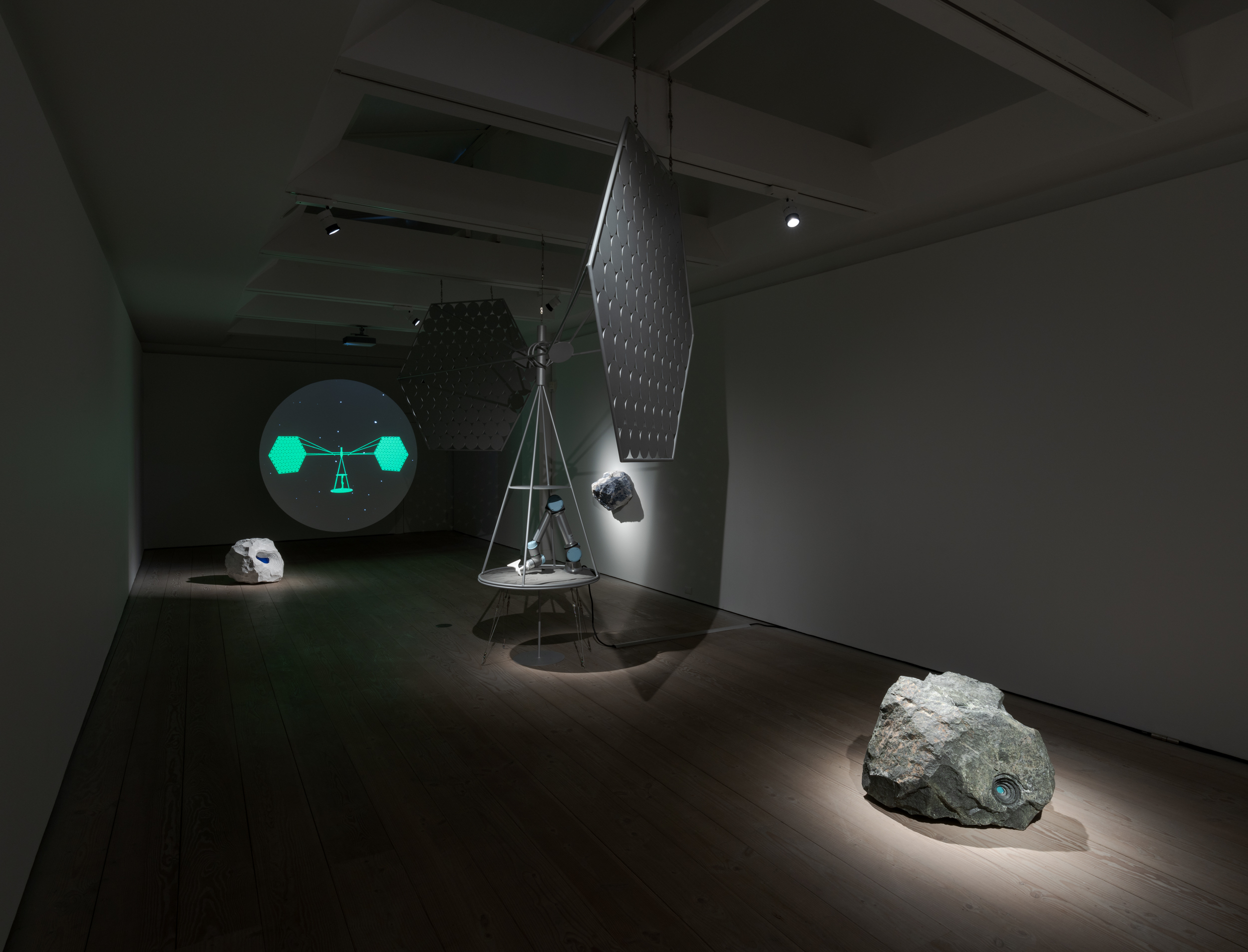 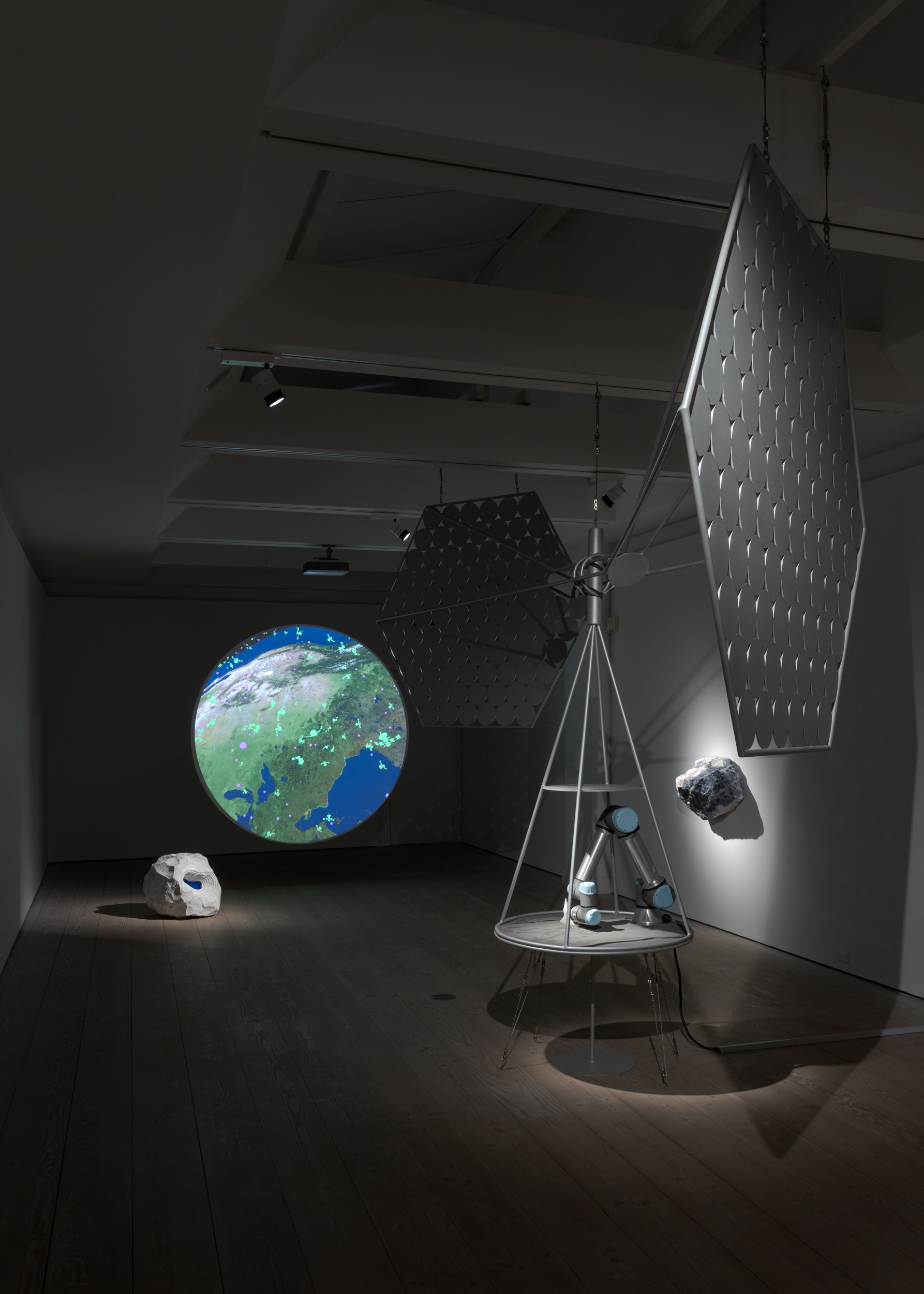 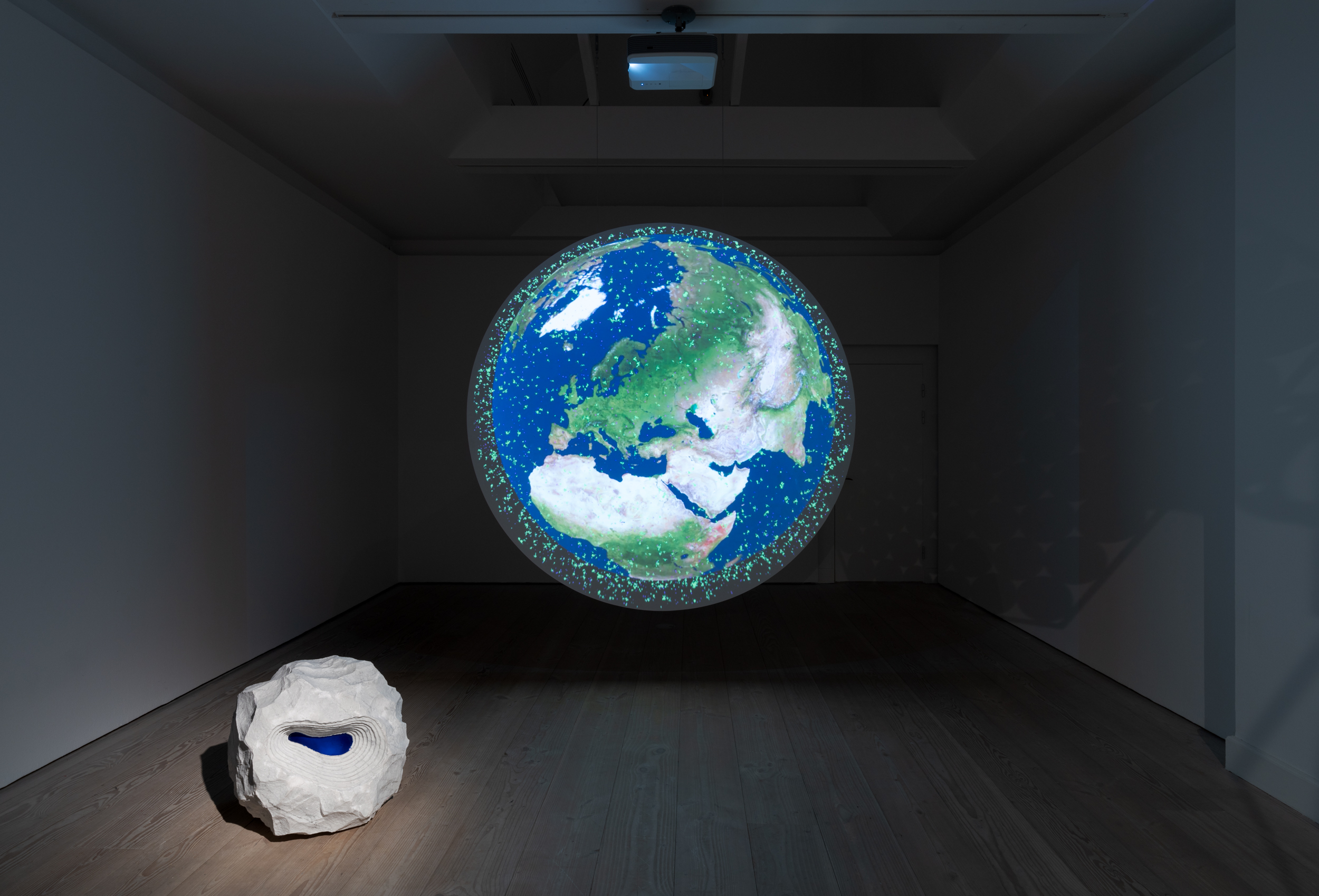 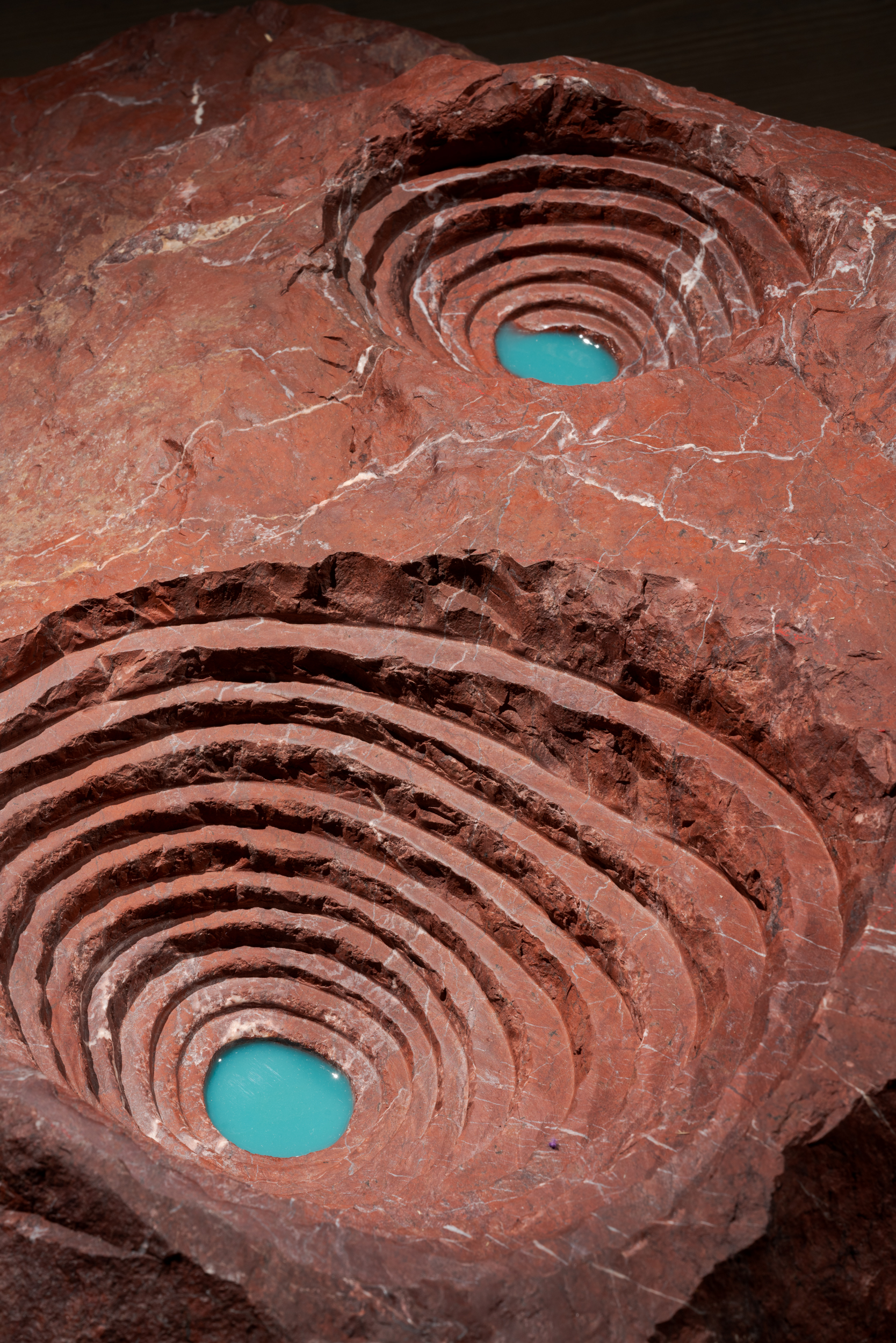 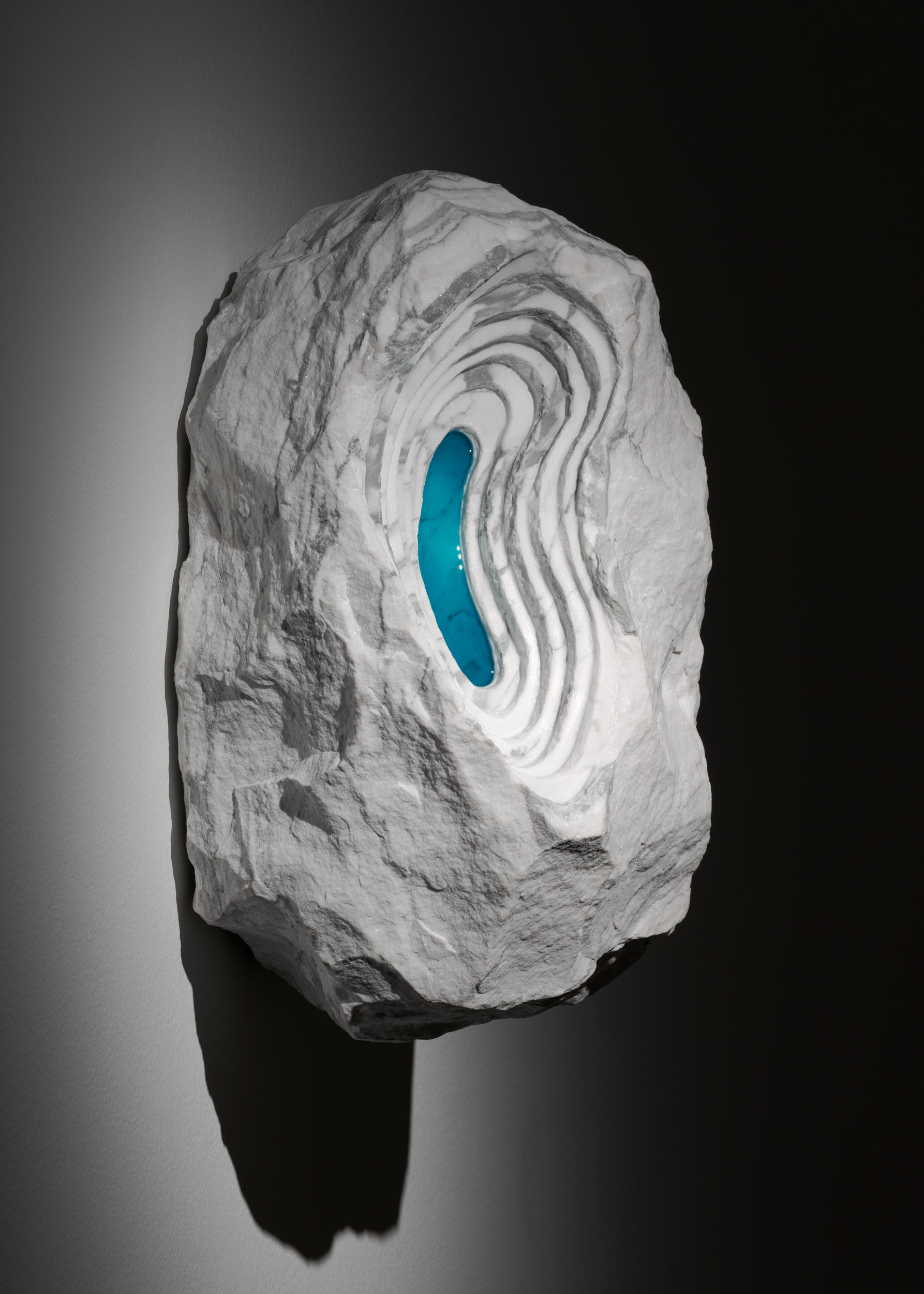 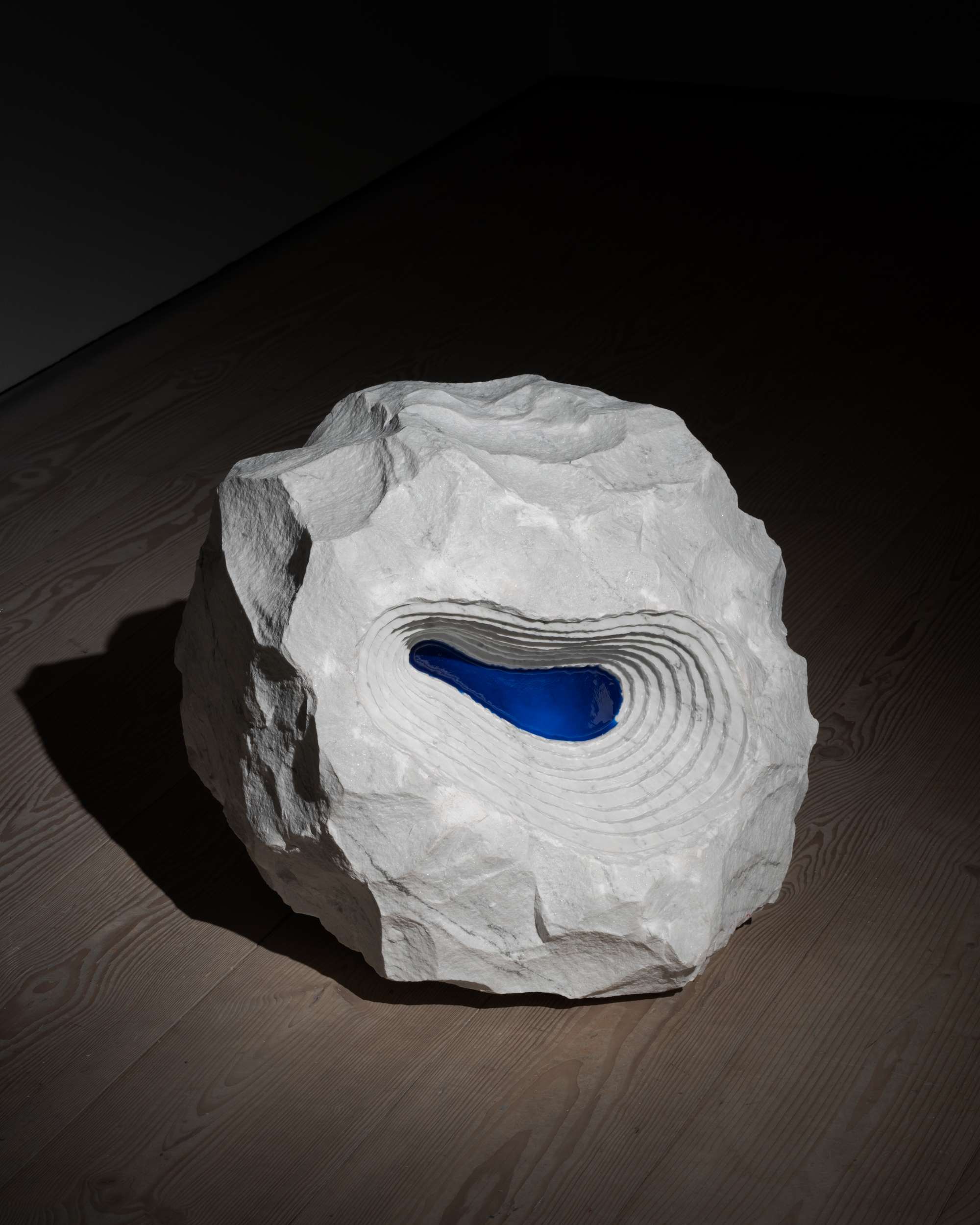 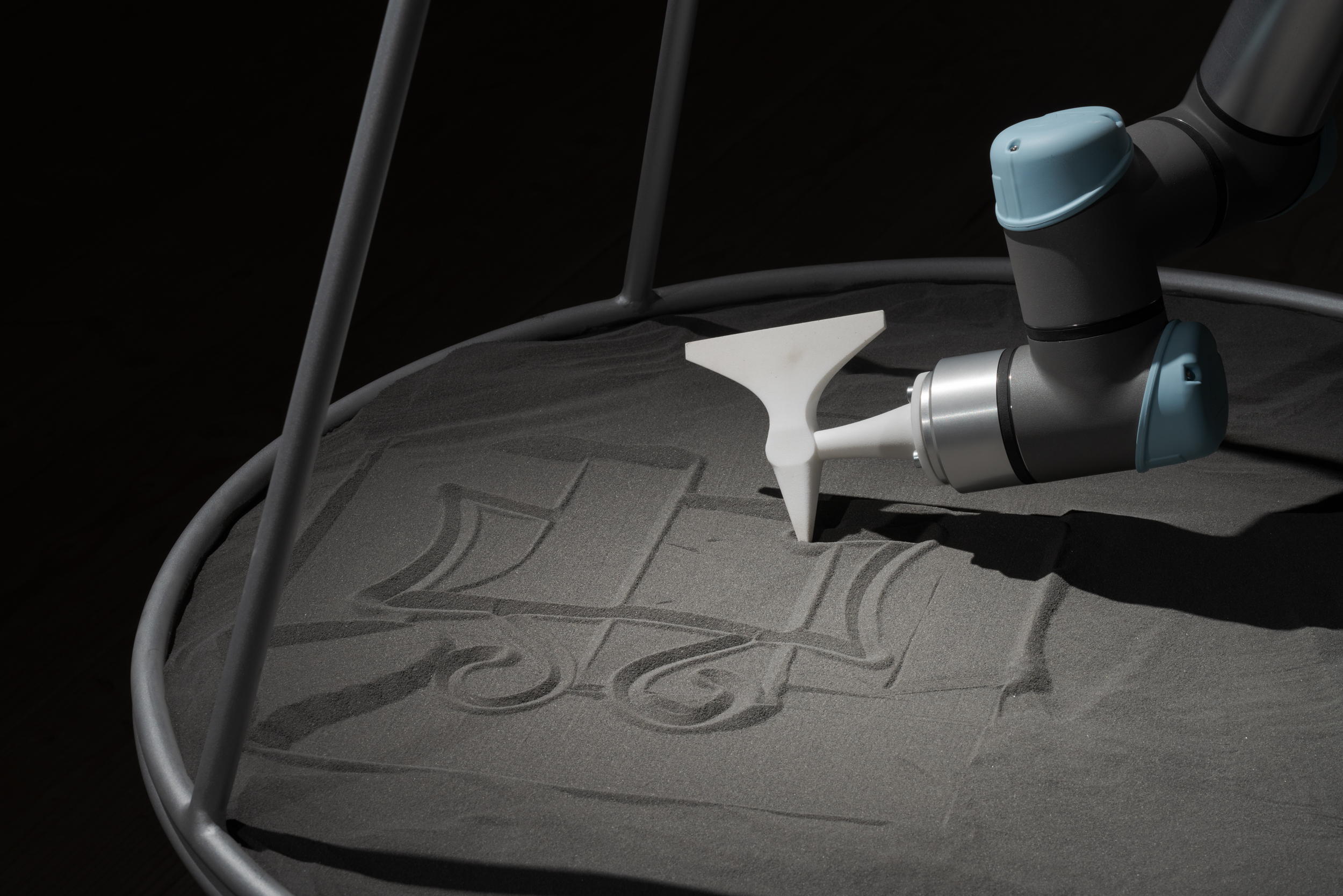 Mining in outer space and space junk piling up like a wreath around the Earth. Mankind has never been more present in space than today. Is this a Threat? And who poses the threat? The Danish artist Amalie Jakobsen takes over GL STRAND with the solo exhibition cosmic coastline and brings our rapidly growing presence in outer space up for debate. The exhibition can be experienced from 13 November 2021.
Satellites and space debris are forming a wreath in orbit around the Earth and not only give physical proof of our now massive presence in space. It also forms what can be called a cosmic coastline against outer space. The race between nations and companies to develop technologies that can extract water and important raw materials from asteroids is in full progress. The distance between Earth and outer space has thus never been smaller. That these two facts may help to usher in a new threat of war in outer space is the subject of Amalie Jakobsen’s upcoming solo exhibition created specifically for the skylight gallery at GL STRAND. Amalie Jakobsen (b. 1989), who on a daily basis lives and works in Berlin, transforms the exhibition space into a sculptural landscape where with various materials and media she challenges normal ideas of space and our position in the world.
Outer space – a resource and a threat.
The works in the exhibition turn the focus on the narrative of mankind’s hunt for resources in outer space. In her works, Amalie Jakobsen takes a reflective view of the frailties we experience as a result of this pursuit – in the face of both the nature of outer space and our own technological imprint in space – but also in the face of the possible threat of war posed by our growing presence in outer space.
In the exhibition, I am absorbed with the way our relationship with outer space is right now and will look in the future. What is the next step once our civilization has drained the Earth of its resources? How will this change the way we live in the future, and from where will we obtain our resources? Will the extraction of water and the hunt for other resources change our presence in outer space, and will this in turn lead to a war, the outcome of which will be decided in space?, says Amalie Jakobsen
The central character in the exhibition is a large satellite-like sculpture with an attached robot arm. The robot arm is at one and the same time an expression of the frailty of technology and humanity. On the one hand, it is an image saying that human beings cannot survive by their own biology alone in outer space, and at the same time, it makes possible our conditions of life out there.
Besides the satellite sculpture, Amalie Jakobsen has created a number of sculptures in marble. The differently coloured stones look like meteoric rocks. They all have cavities, as if they were drilled out, with glimpses of a blue material inside. Asteroids are viewed by space research as valuable resources that will constitute future sources of both fuel and oxygen.
The title of the exhibition, Cosmic Coastline, is taken from a theory that views the orbit of the Earth with its accumulation of satellites and space debris as the Earth’s true outer boundary. The orbit can therefore be seen as a kind of cosmic coastline towards outer space, indicating that humanity has become a power factor whereby outer space has also come closer to Earth. This relationship is the focus of the exhibition’s third work, which is a double video projection stretched out between two end walls of the exhibition space.