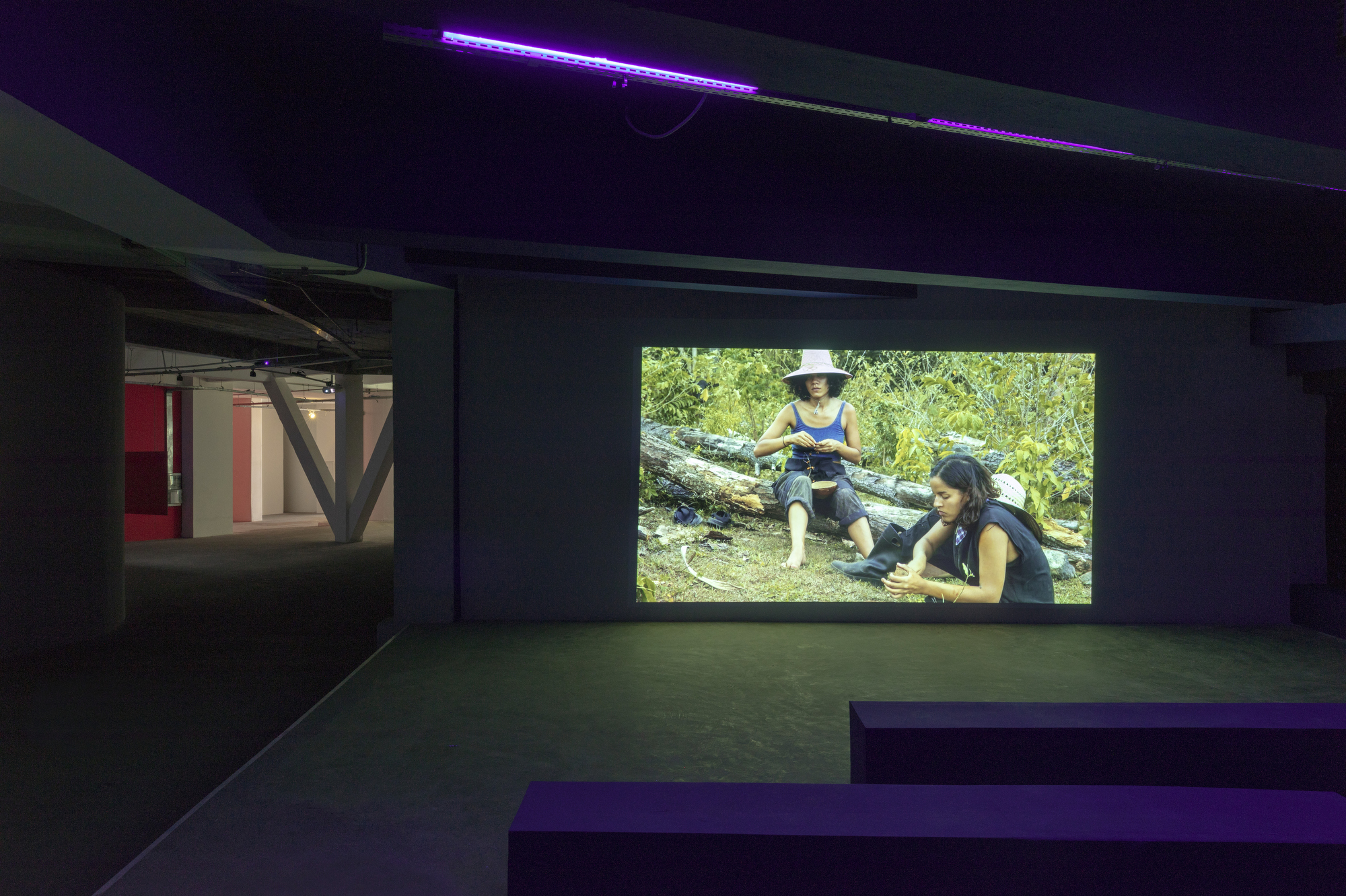 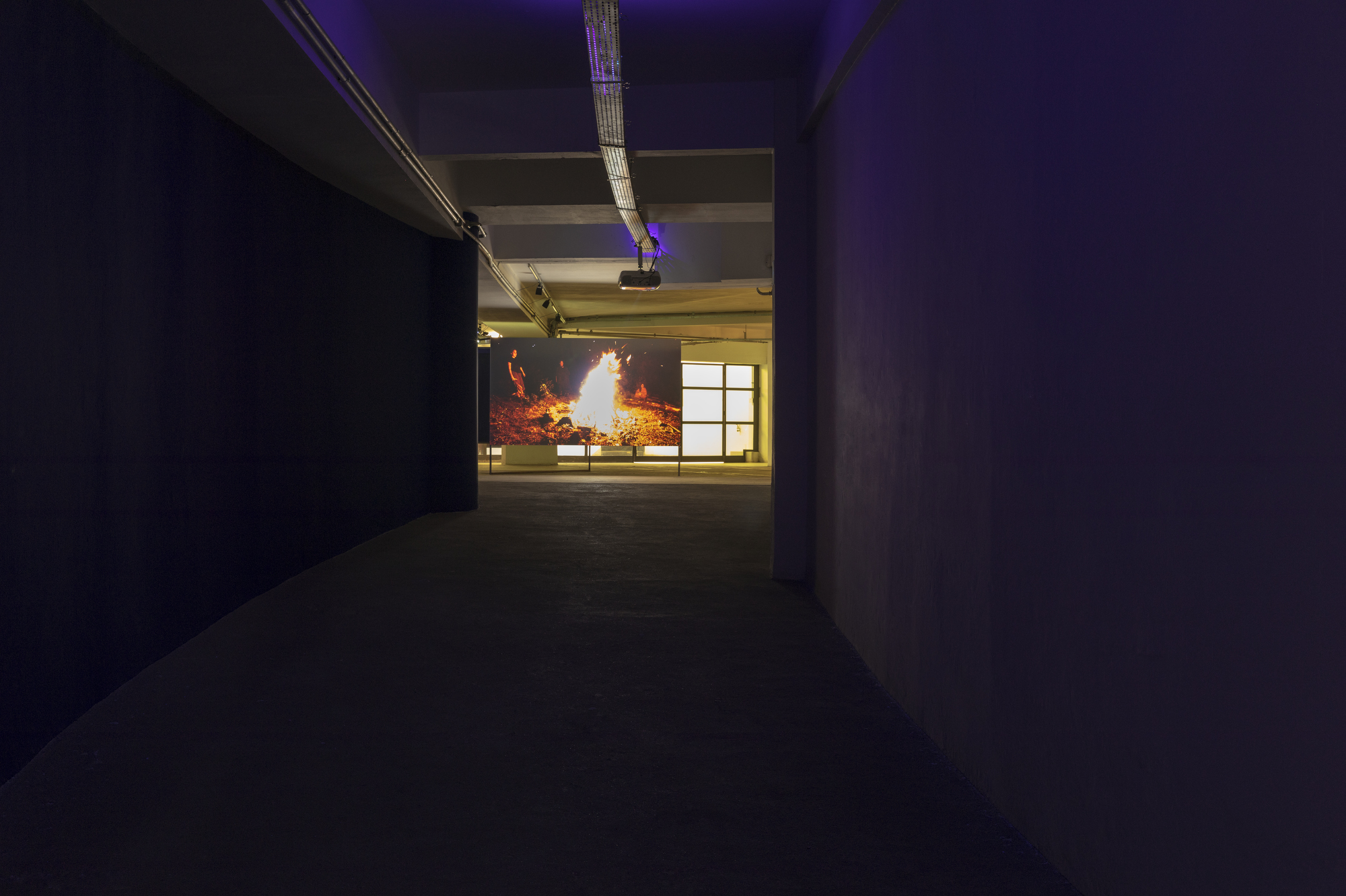 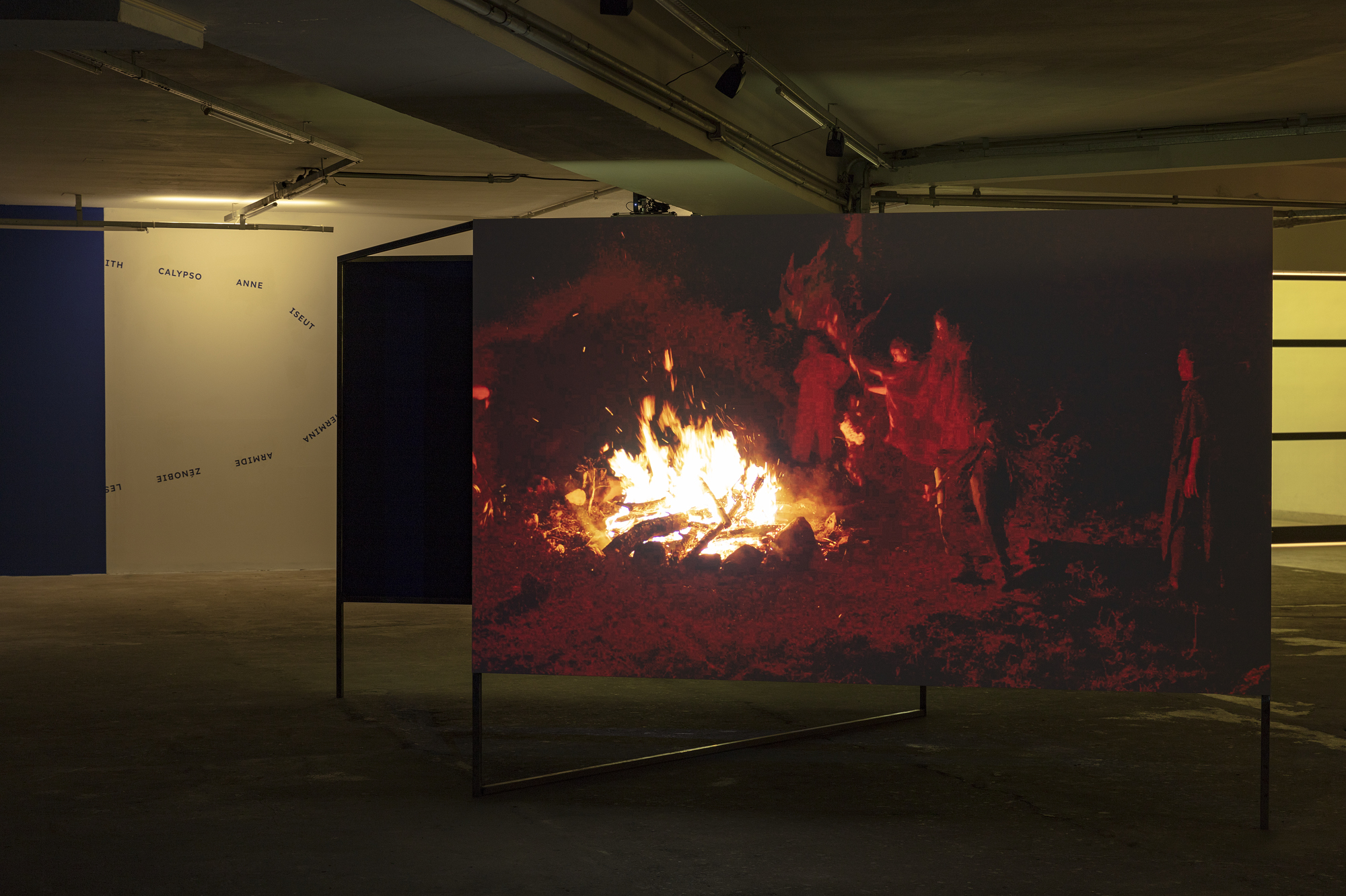 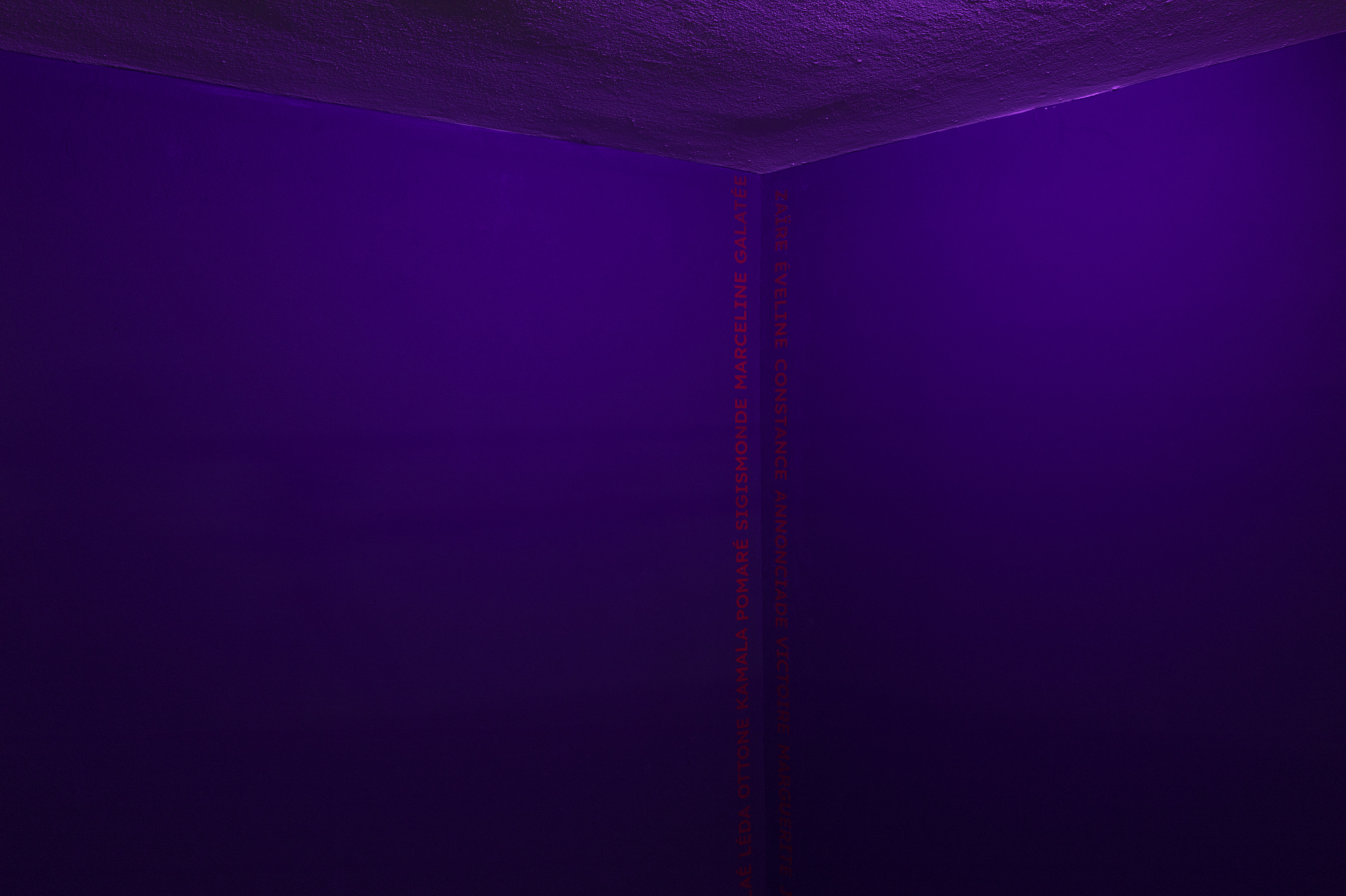 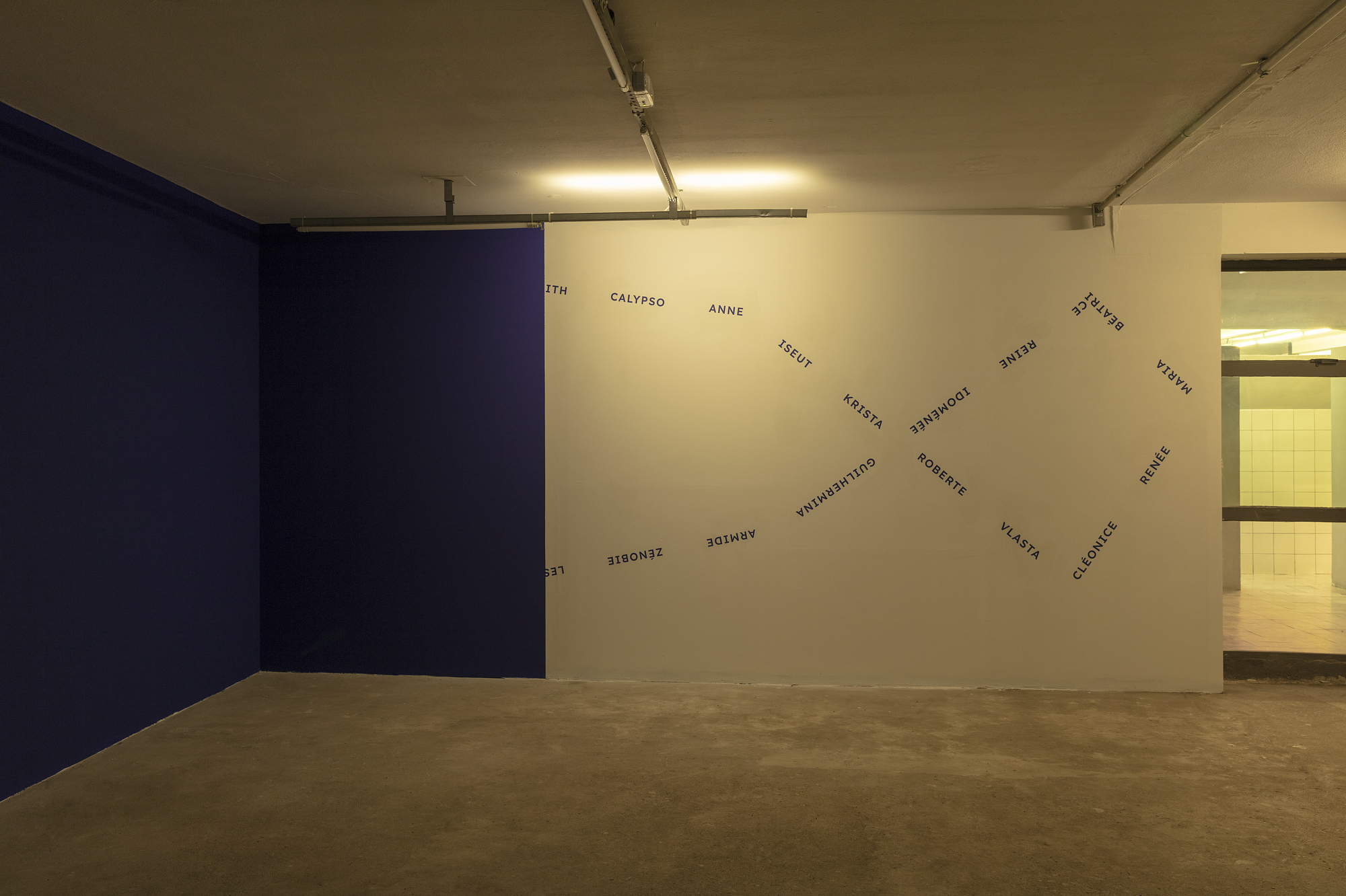 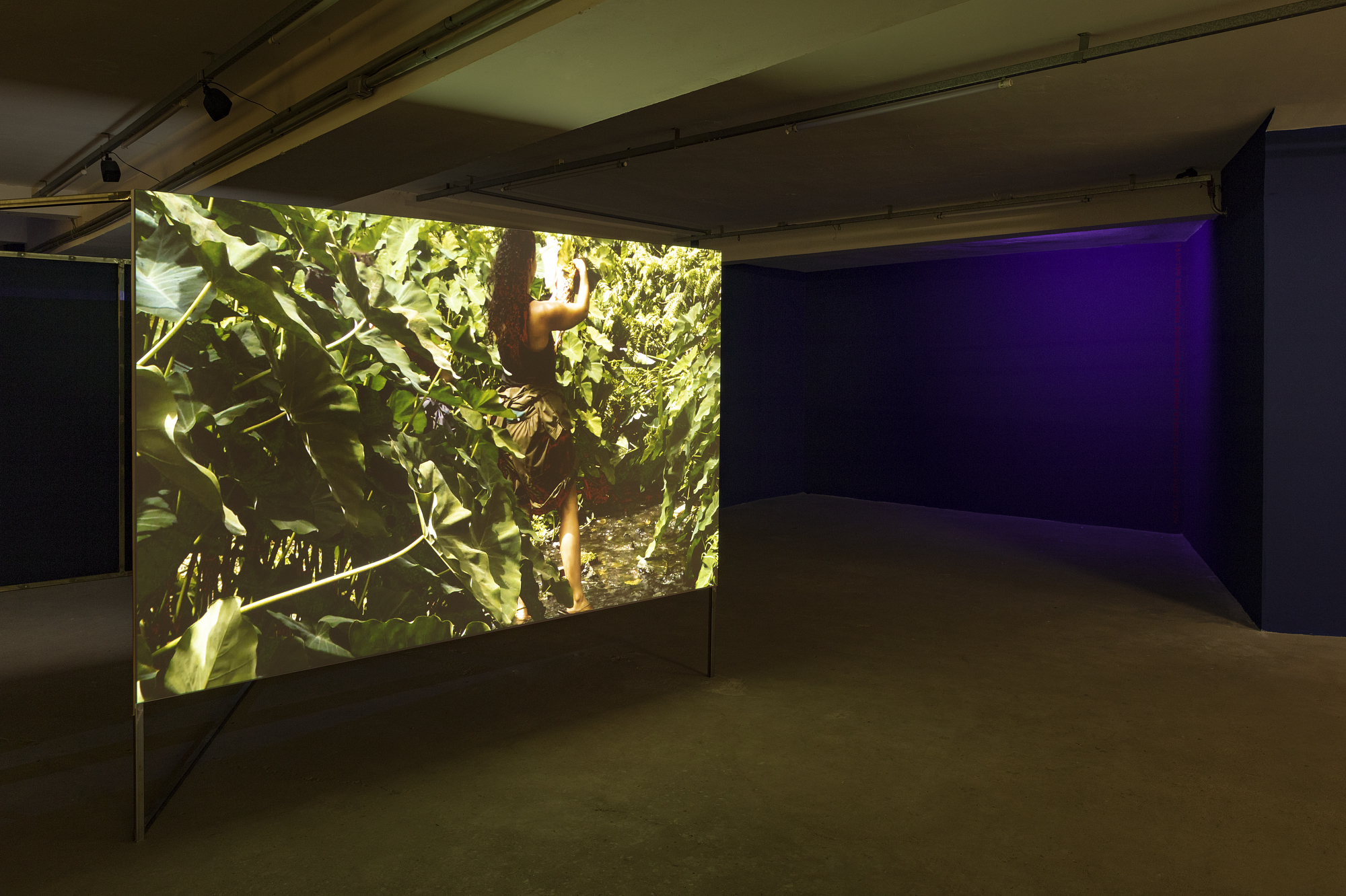 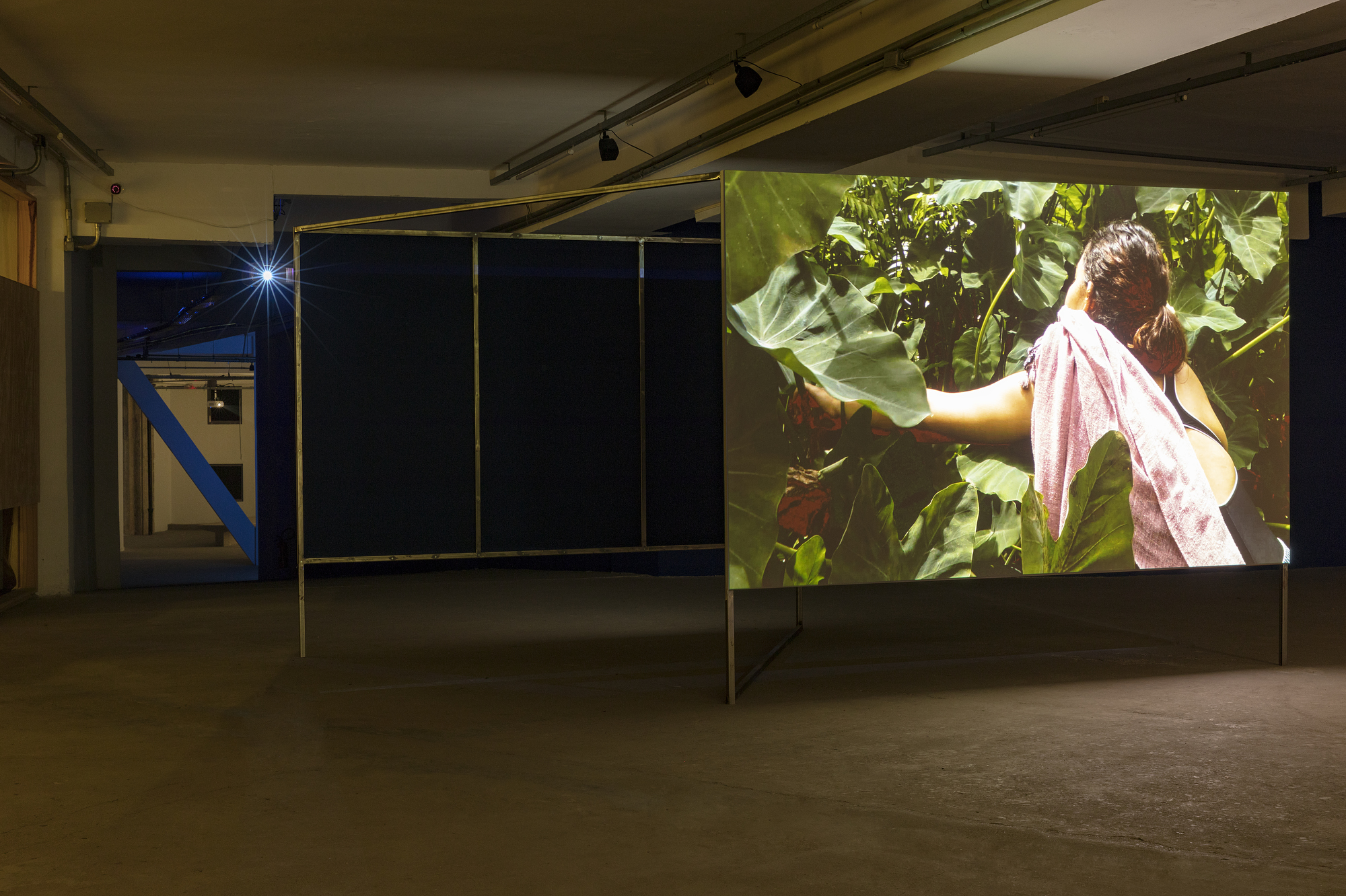 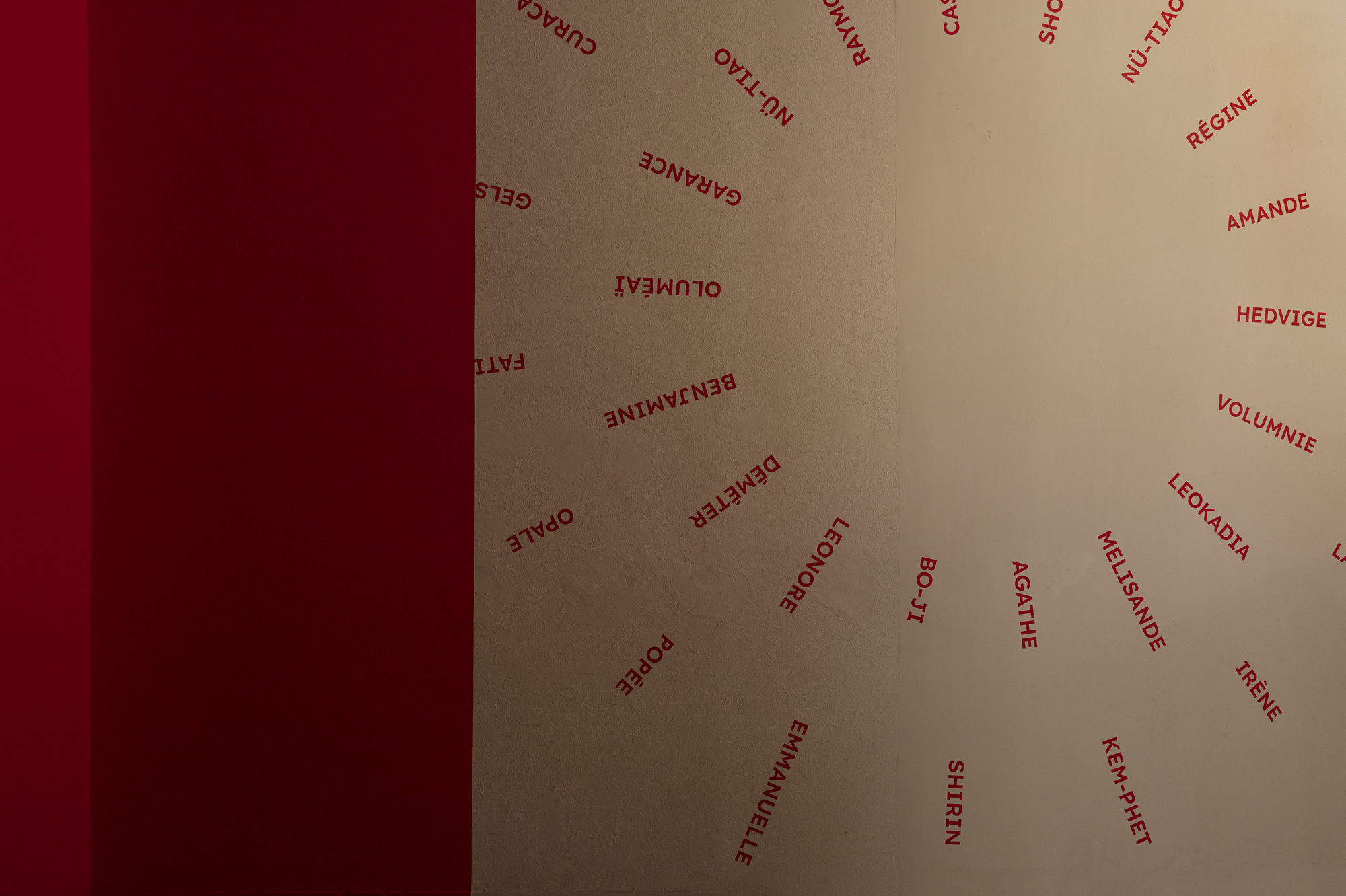 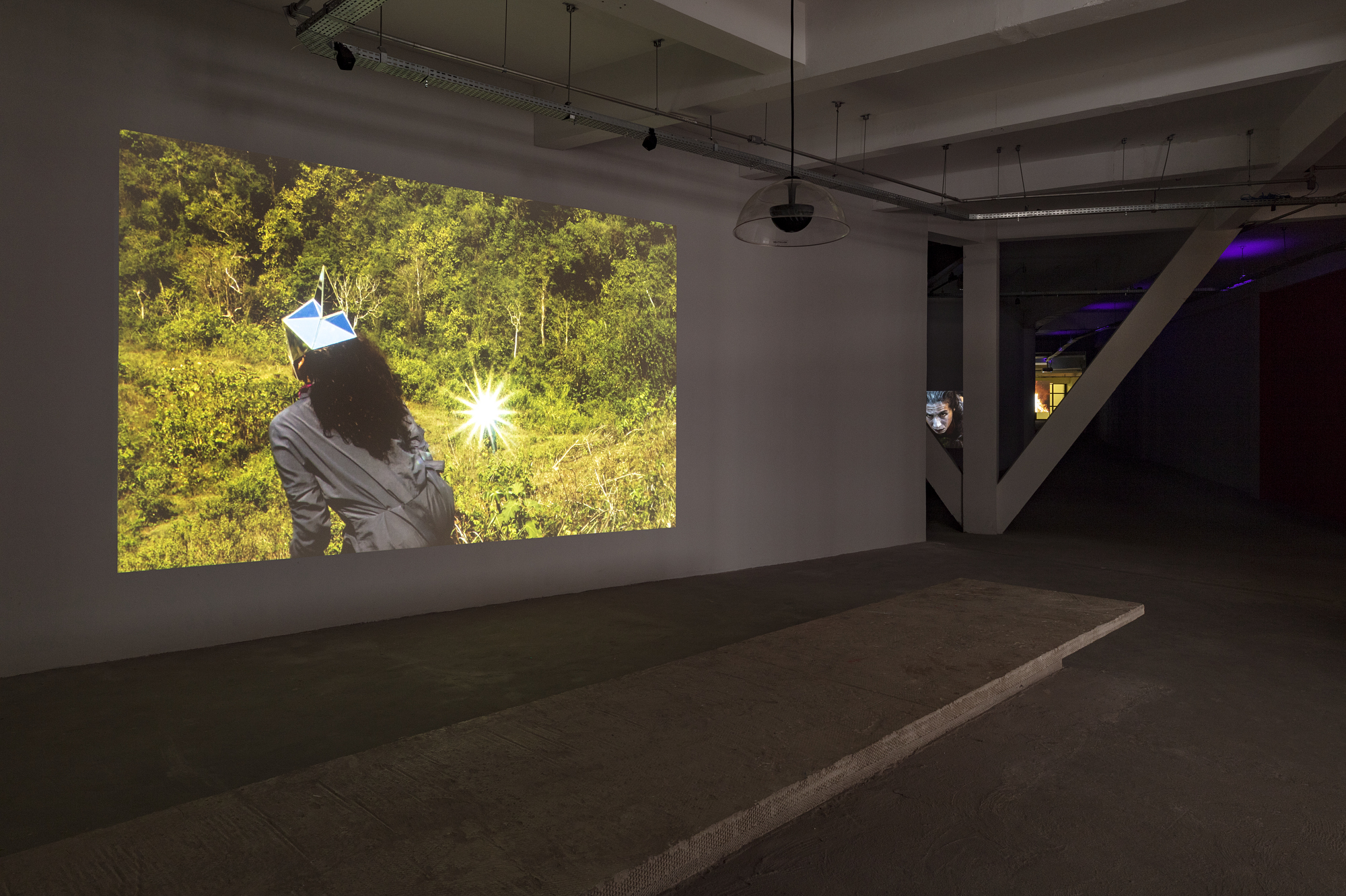 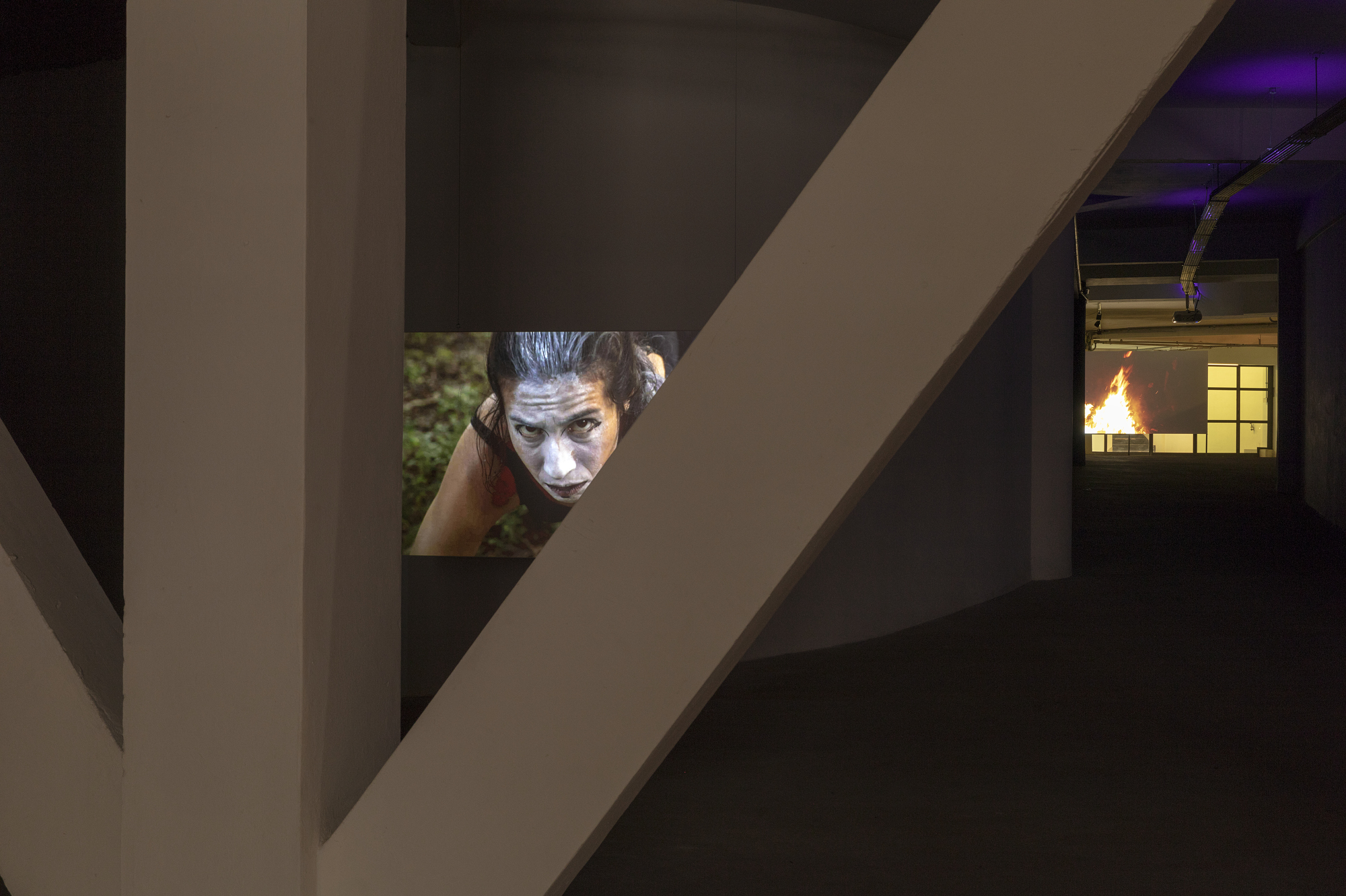 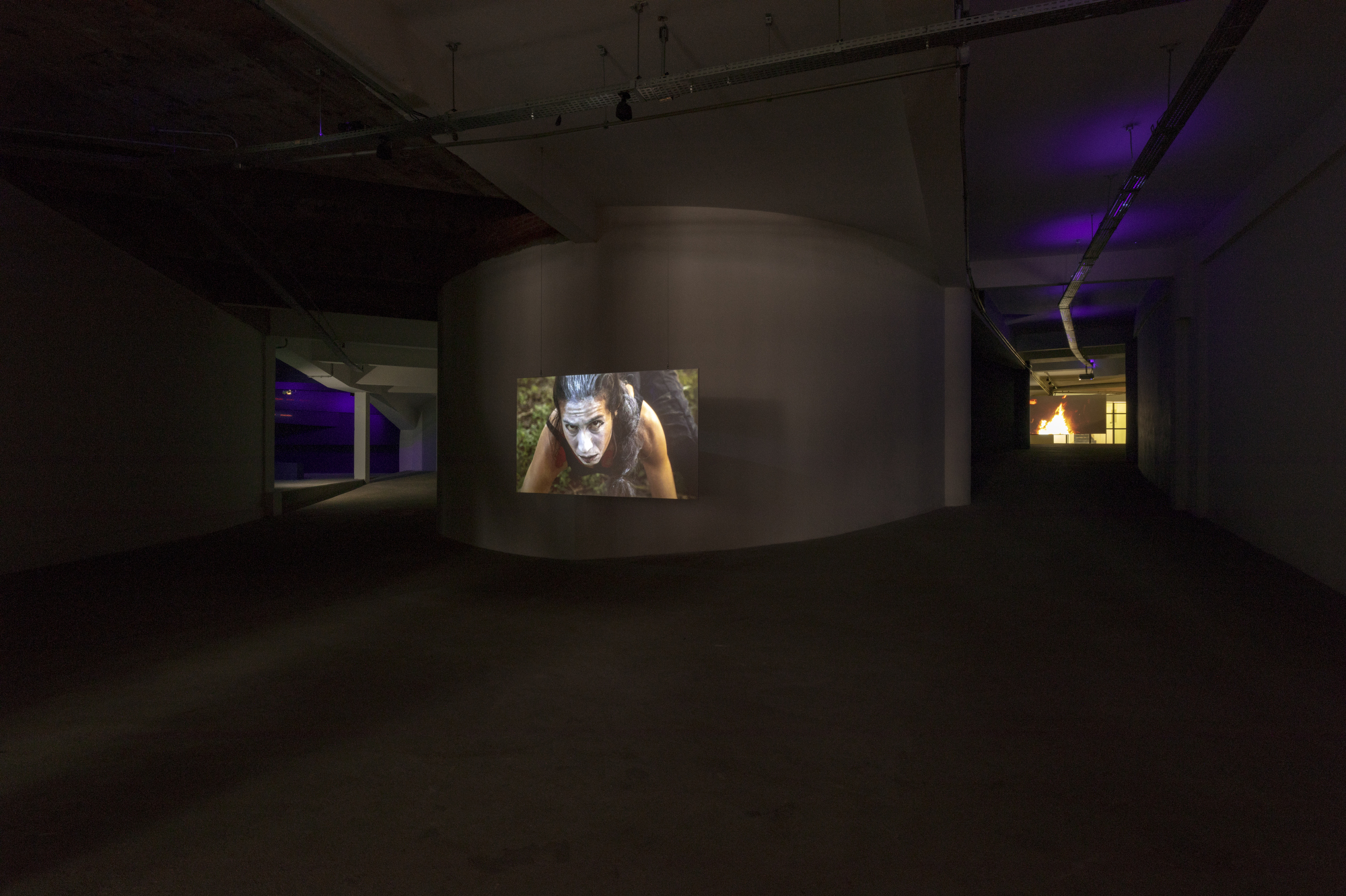 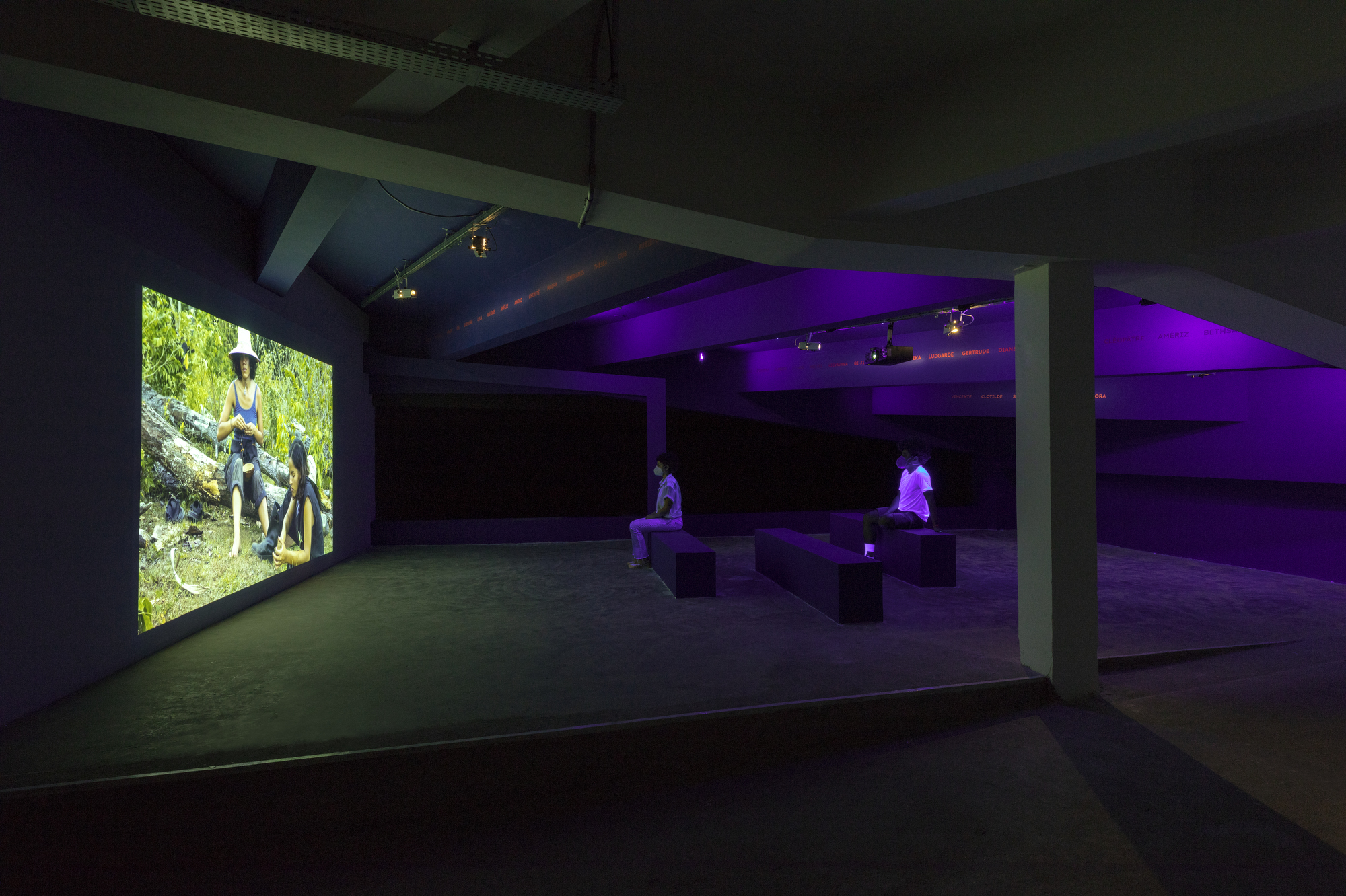 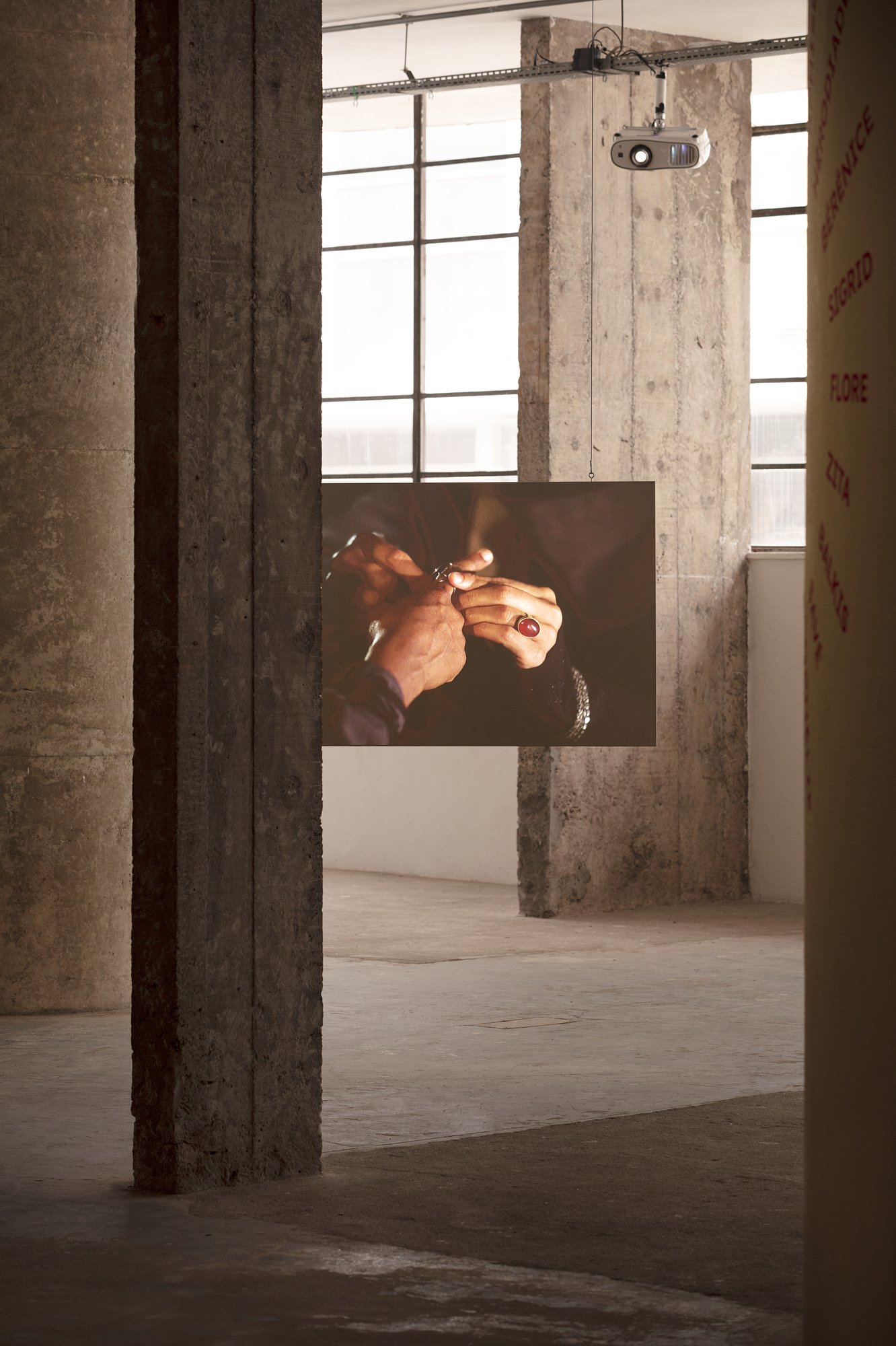 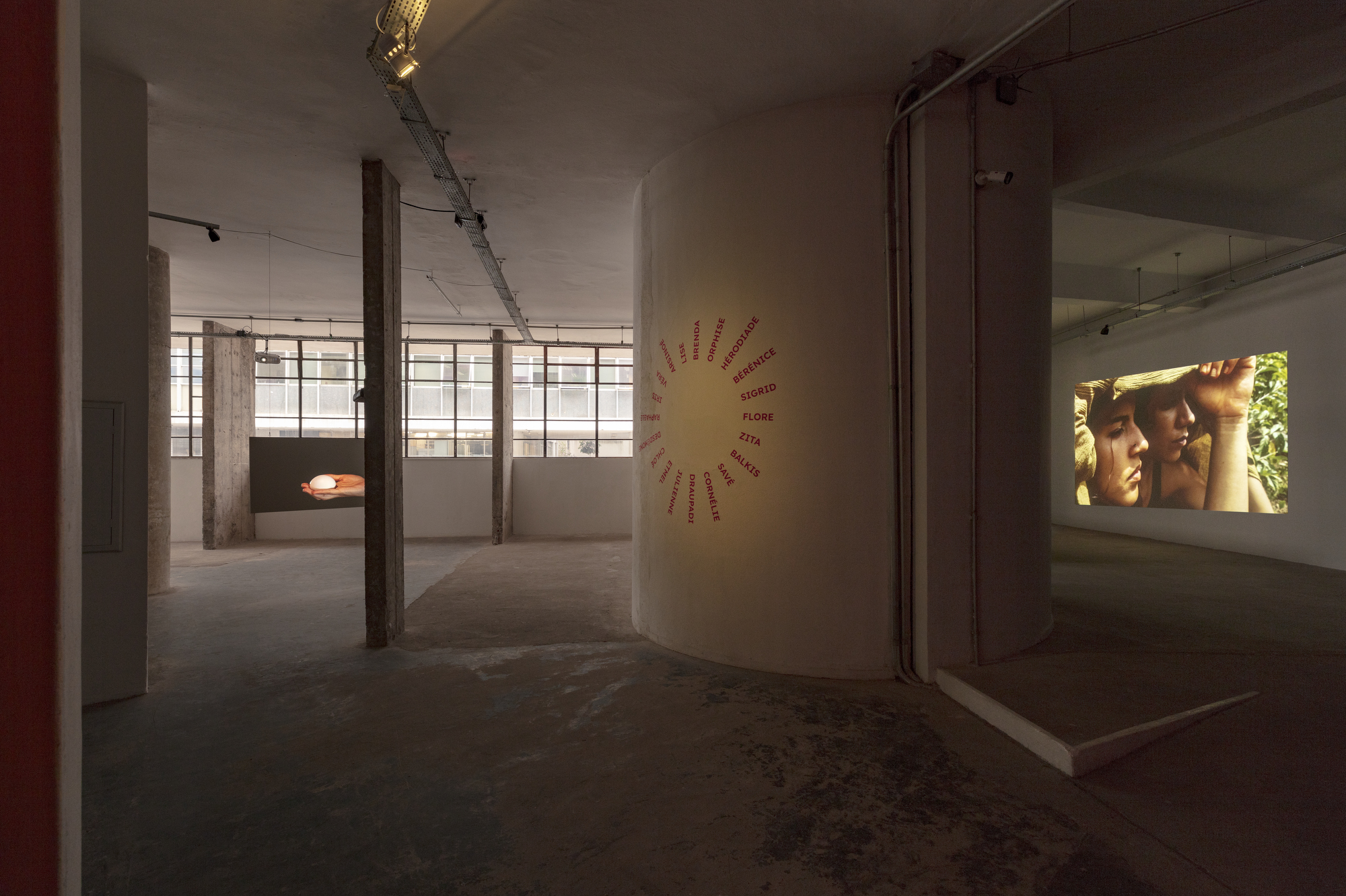 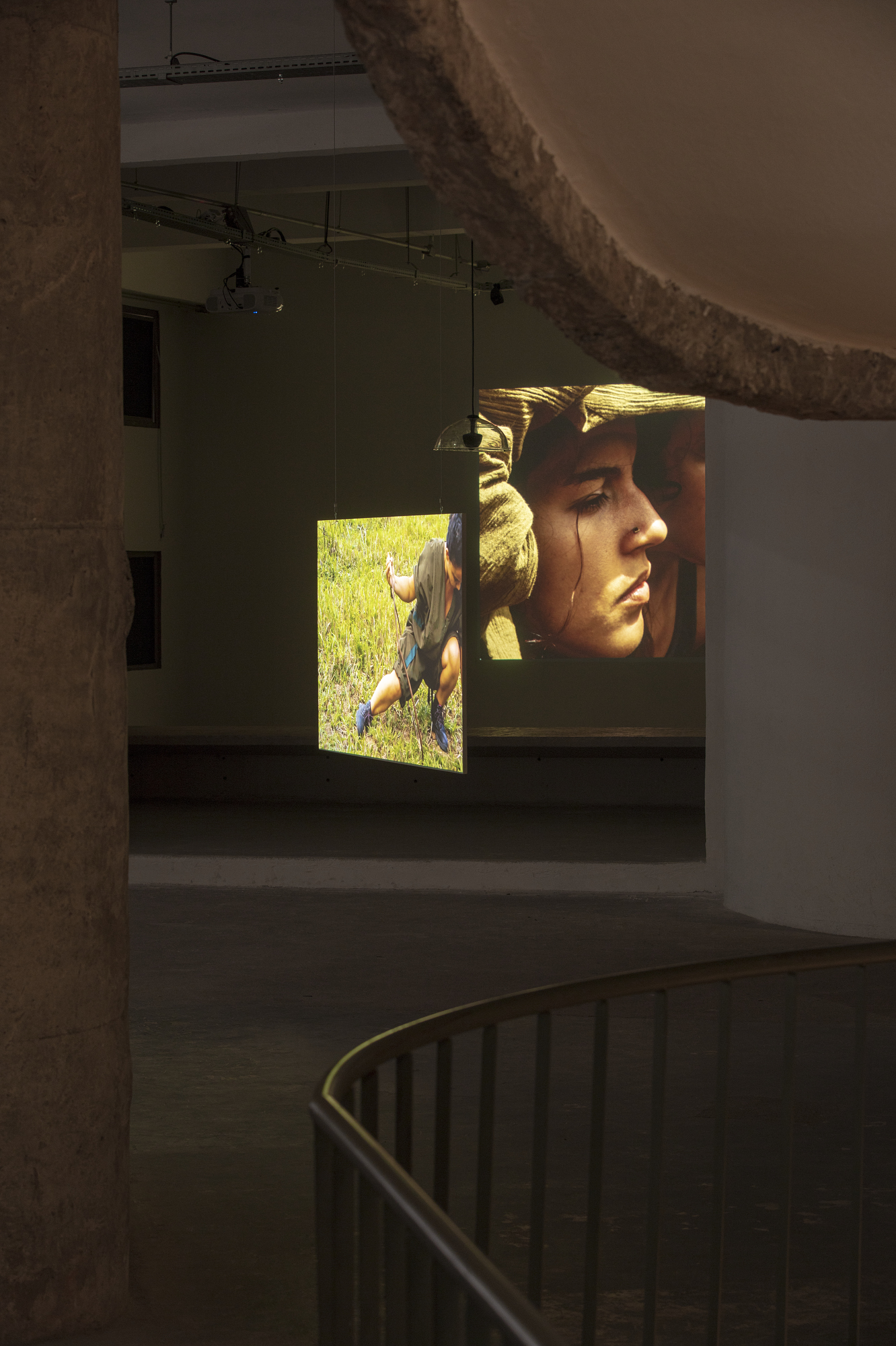 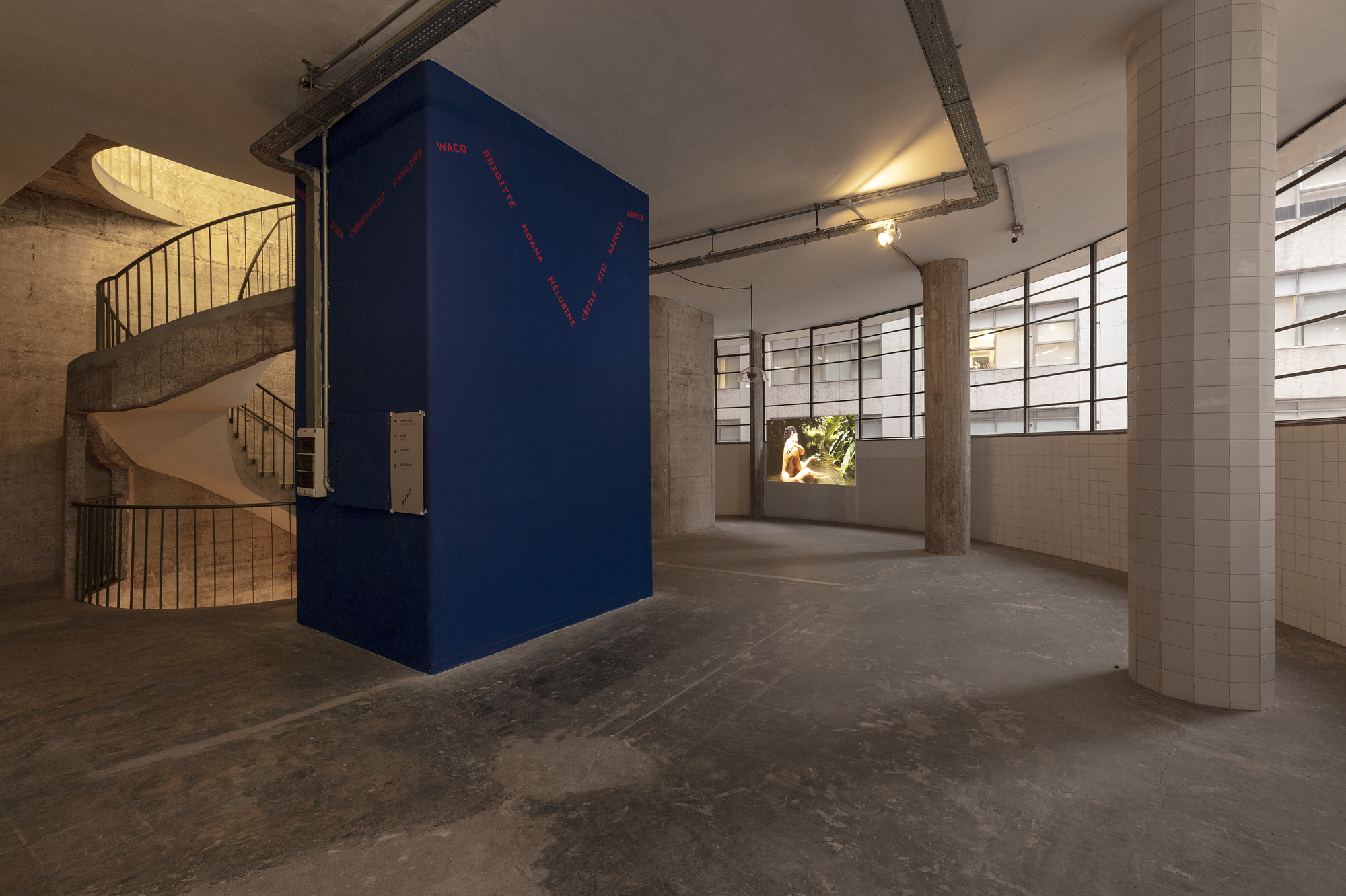 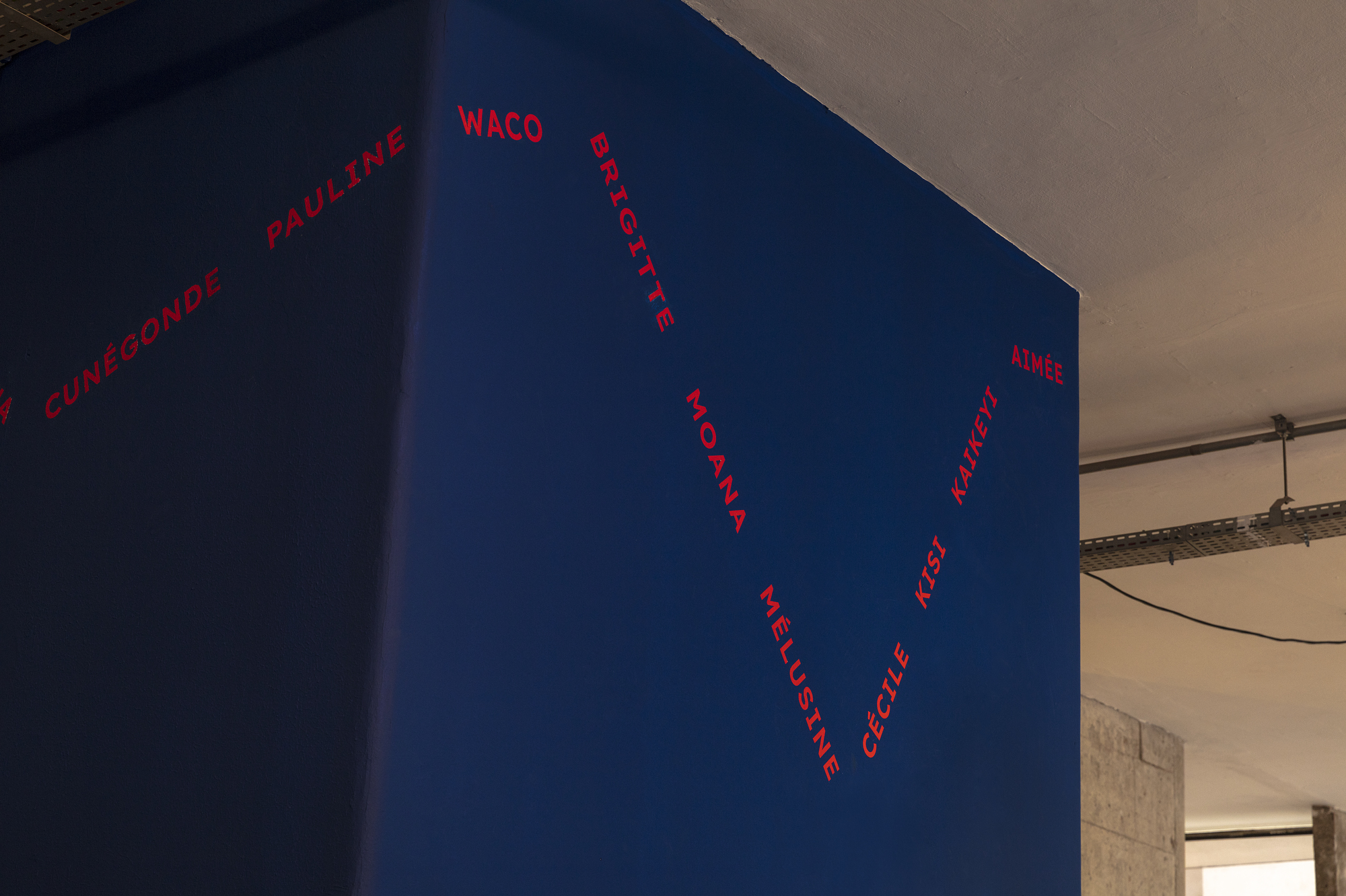 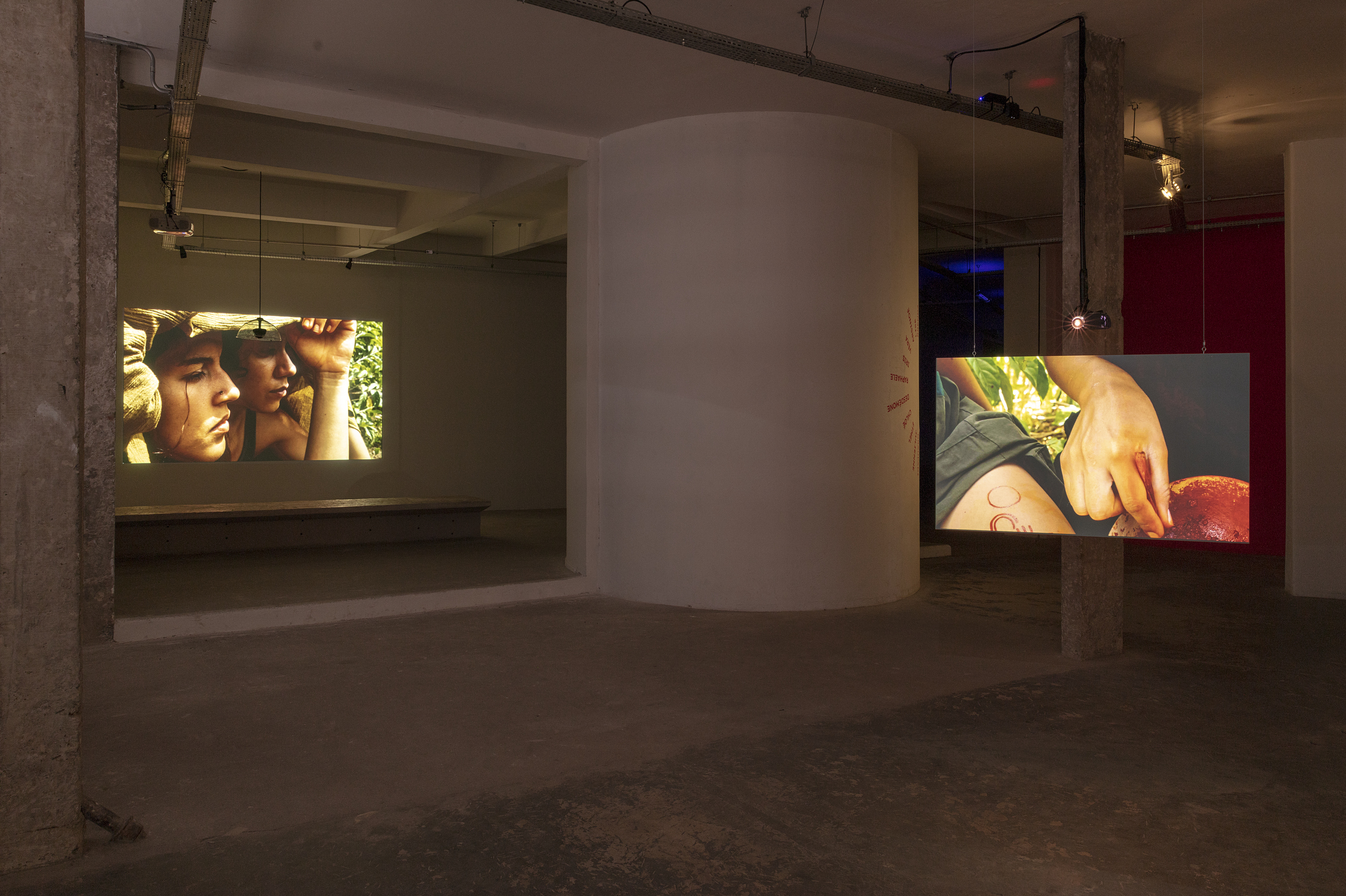 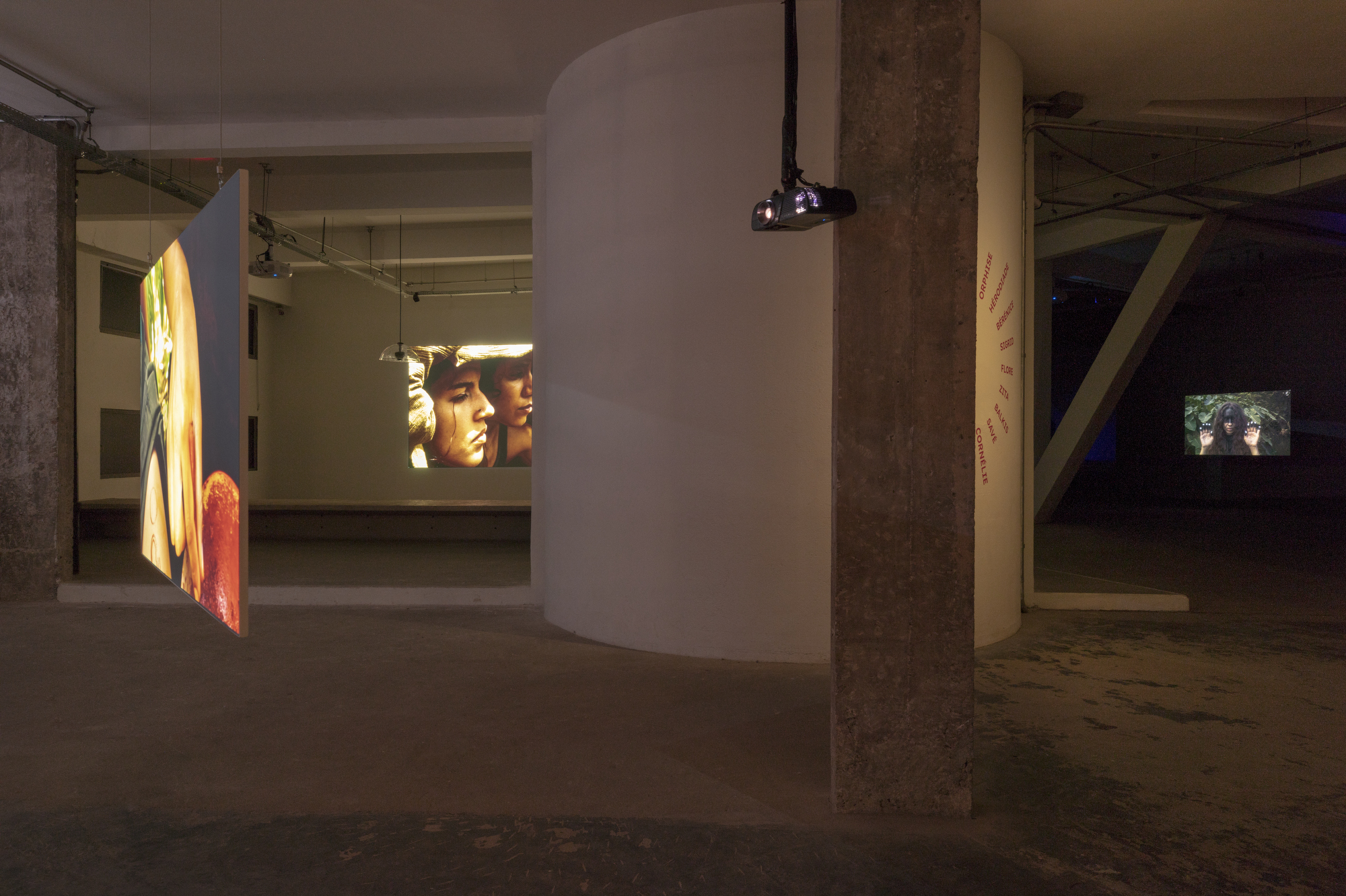 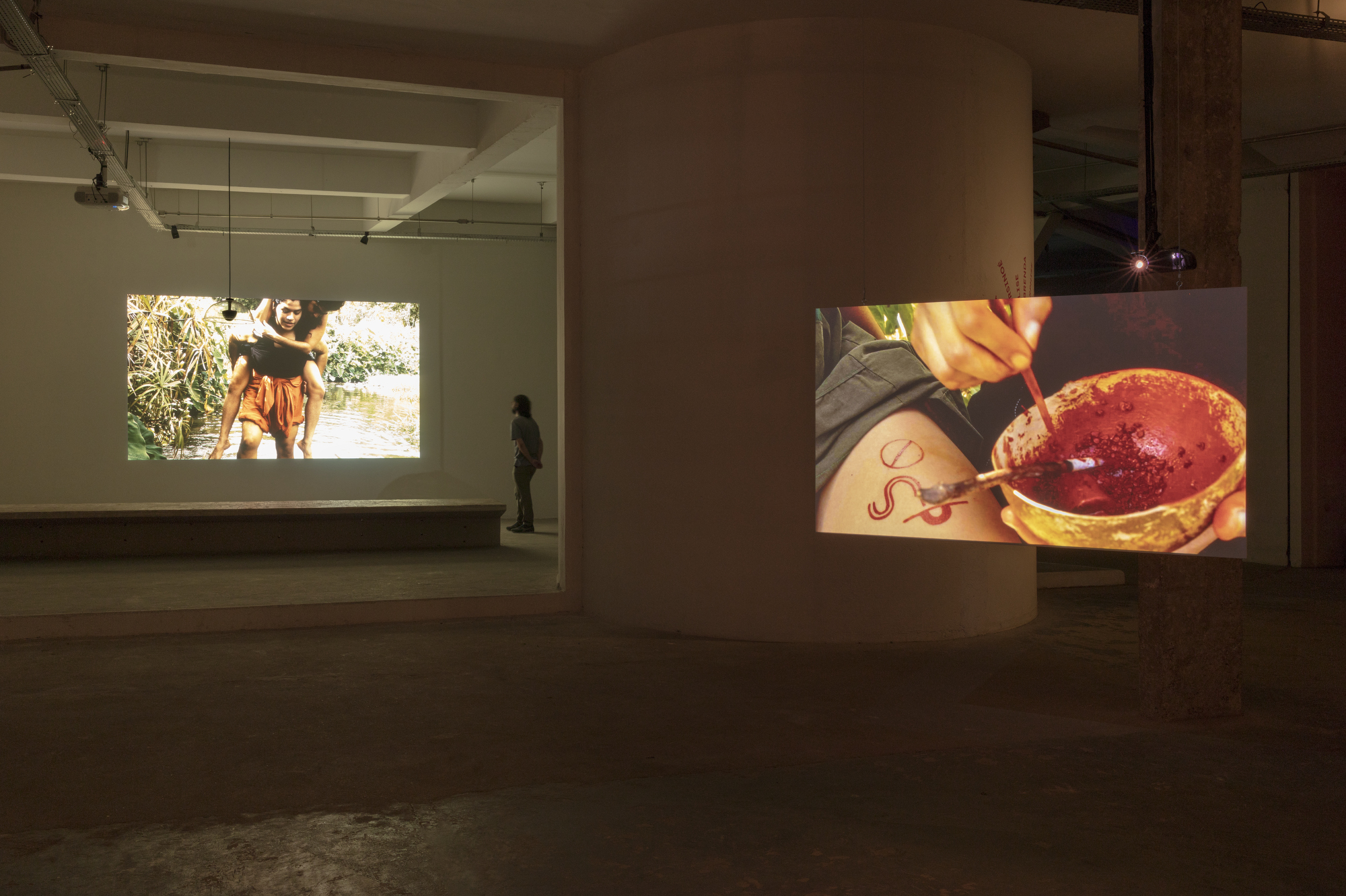 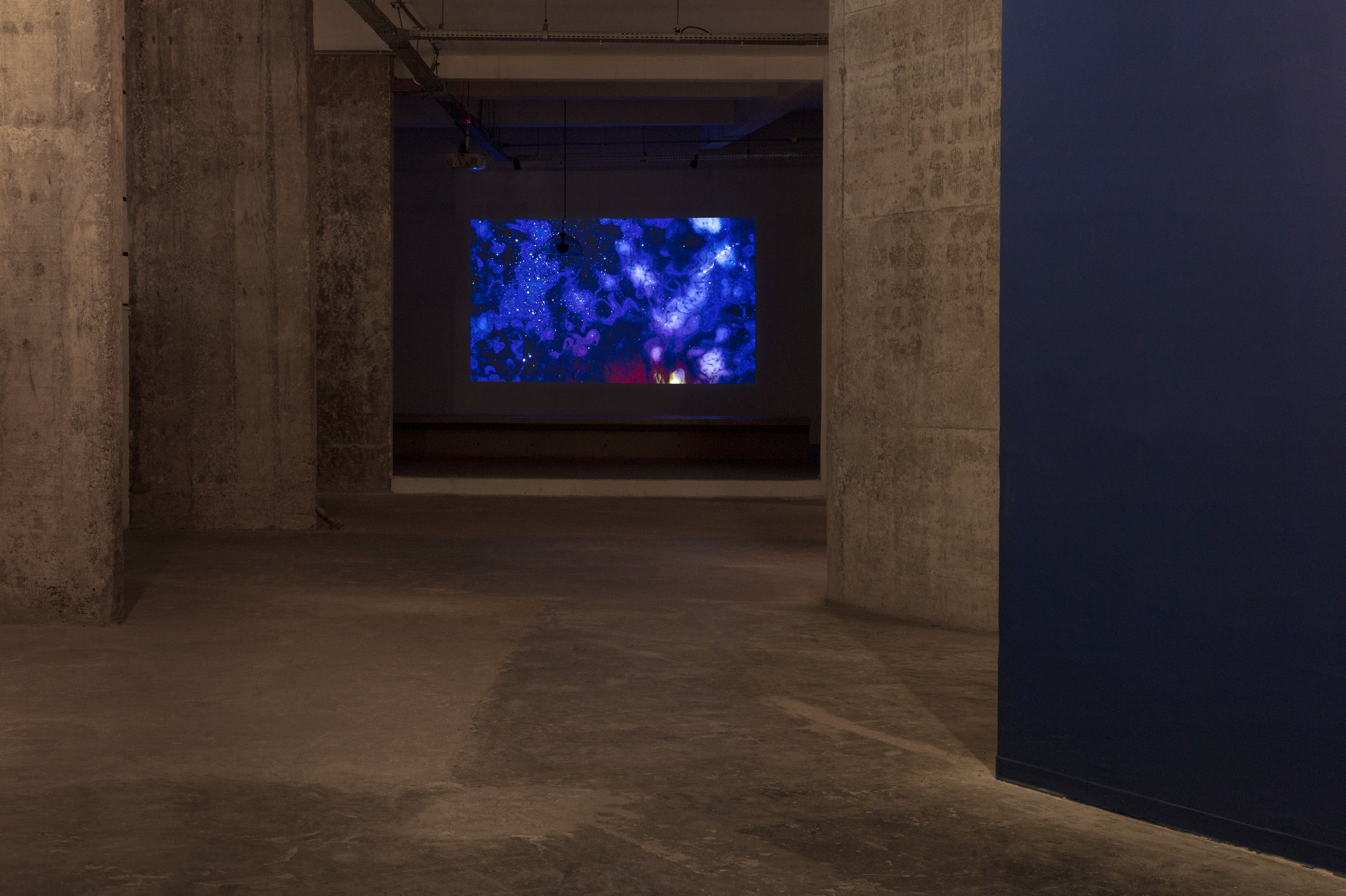 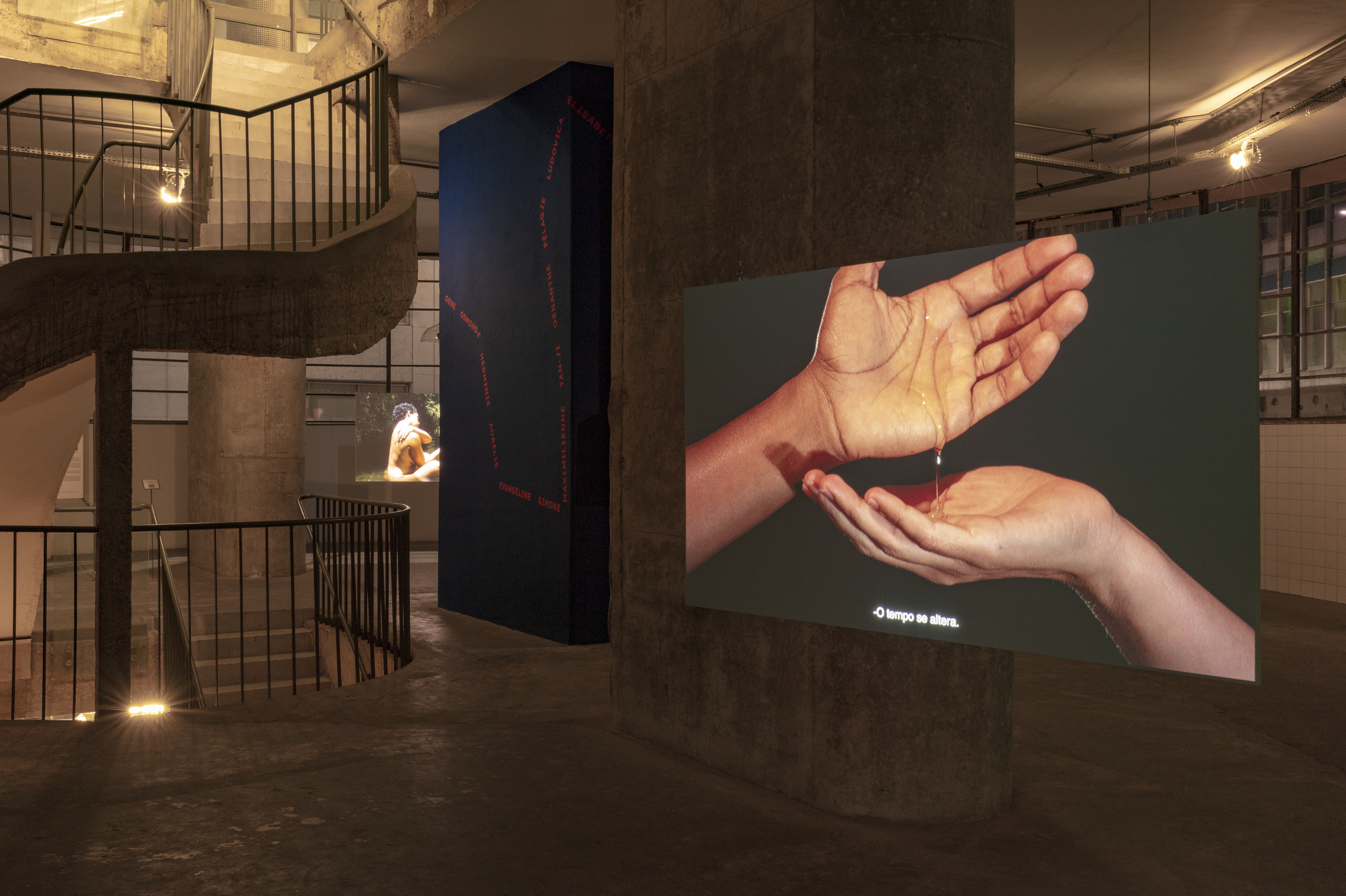 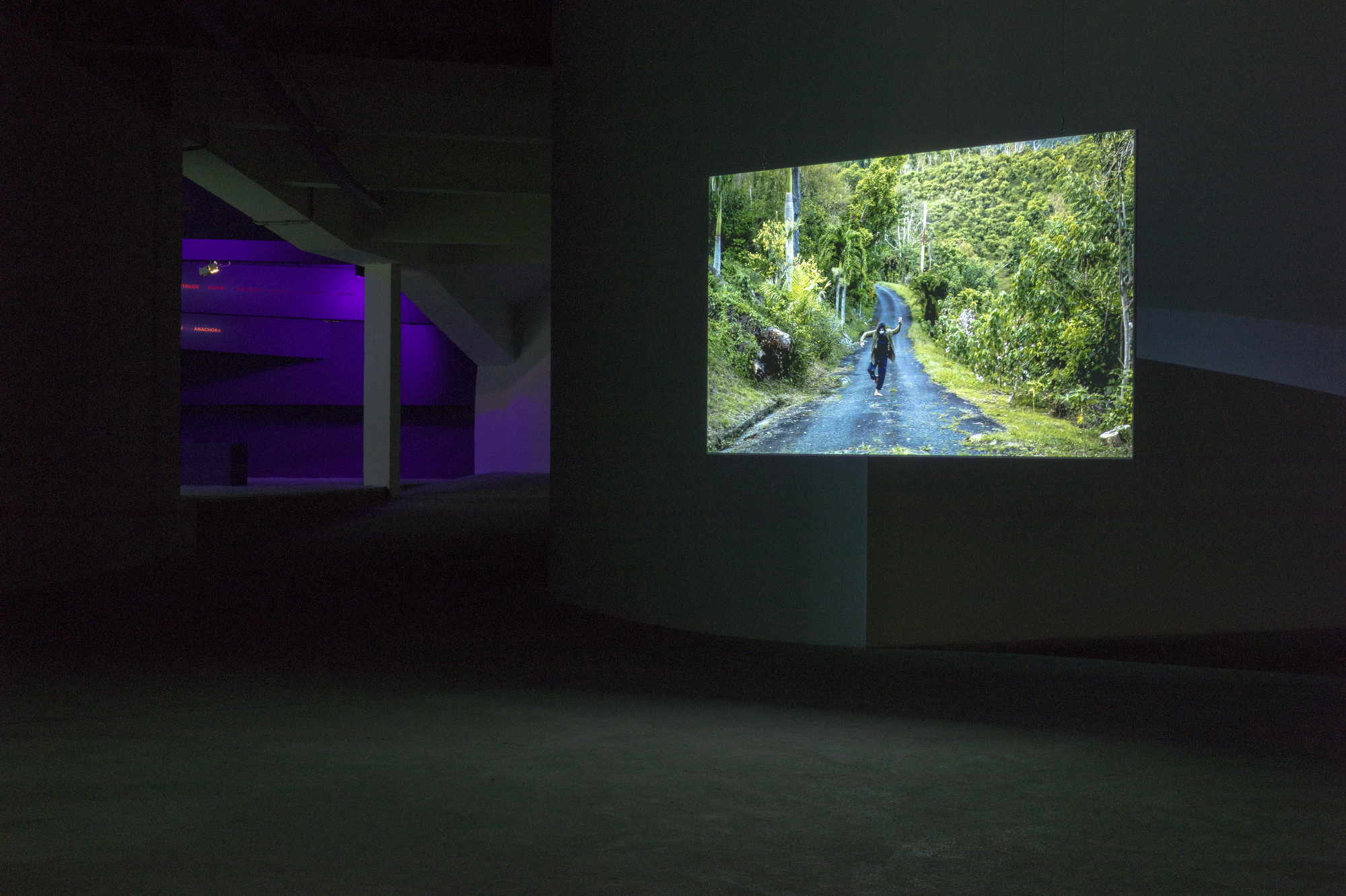 All images courtesy and copyright of the artist and space. Photos by Everton Ballardin.

In her first exhibition in Brazil, Beatriz Santiago Muñoz (San Juan, Puerto Rico, 1972) will occupy Pivô's main exhibition space with a single multi-channel installation that names the exhibition: Oriana. The film in chapters is loosely informed by themes from the novel Les Guérillères (1969), by French feminist writer Monique Wittig. The exhibition, curated by Fernanda Brenner, will open on September 5th, with free admission and visitation until November 6th. The artist also takes part in the 34th Bienal de São Paulo, which can be visited free of charge at the Ciccillo Matarazzo Pavilion in Ibirapuera Park from September 4th to December 5th, 2021.

In Les Guérillères, an all-female tribe articulates a war against men and patriarchal structures, including language. Among the most potent weapons used in their onslaught against the other sex are laughter and affection. For several years, Muñoz visited the book and articulated a sort of open-ended visual translation of the French author’s vivid descriptions of the sensorial and material worlds of the women she portrays. In 2016, she held a residency at the New Museum in New York that resulted in the exhibition Song, Strategy, Sign. The show worked as a kind of prologue to the project that is now presented at the Pivô. The long and experimental process of its making is compatible with the extraordinary task of imagining and enacting a post-patriarchal future.

Pivô’s fragmented architecture and the original soundtrack composed by the Brazilian band Rakta act as sensorial guidelines to a visual journey in which female bodies move freely towards a new syntax. This exhibition points out that significant structural changes might emerge from formal revolutions and radical communitarian experiments, such as the one proposed by Wittig and endorsed by Santiago Muñoz.

Beatriz Santiago Muñoz‘s work results from a committed engagement with the participants (sometimes co-authors) of her films and audiovisual pieces. She places her fragmented narratives deliberately on the threshold between documentary and fiction, in which the particular rhythm and the sophisticated bareness of her images are in itself an invitation to de-automatize a way of seeing and being in the world. Santiago Muñoz’s camera inhabits and makes itself present in the most immediate

reality of her subjects, almost always living in her native Puerto Rico or elsewhere in the Caribbean. Once a meaningful bond is established between those in front and behind the camera, her sharp critical eye works to open different communication channels, unveil hidden layers, and reshuffle the structural narratives of often familiar surroundings. A non-linear approach to time, the commitment to her most immediate community, and the deliberate alternation of perspectives permeate the artist’s work. Her films unveil the ever-present colonial mentality in the Caribbean, and, at the same time, celebrate the possibilities of inhabiting the present according to another logic and from a ‘shared subjectivity’ that takes both confluences and conflicts into account.

During the opening of the exhibition, on Sunday, September 5th, from 1 pm to 7 pm, the band Rakta will present live improvised music based on the film's soundtrack.

Oriana is a co realization of Pivô with Fundação Bienal de São Paulo and is part of the 34th Bienal de São Paulo program. The artist also takes part in the 34th São Paulo Biennial, which can be visited free of charge at the Ciccillo Matarazzo Pavilion in Ibirapuera Park from September 4th to December 5th, 2021.

Beatriz Santiago Muñoz (1972) lives and works in San Juan. She received an undergraduate degree from the University of Chicago in 1993 and an MFA in Film and Video from the School of the Art Institute of Chicago in 1997. She has been featured in numerous solo and group exhibitions during the past 15 years. Recently, she presented solo shows in Der Tank, Basel (Switzerland); Espacio Odeón, Bogotá (Colombia); PAMM, Miami (USA); and New Museum, New York (USA). Recent group exhibitions include: Whitney Biennial 2017 (New York, USA) and 8th Contour Biennale (Mechelen, Belgium).

Founded in 2012, Pivô is an autonomous art space that offers a platform for artistic experimentation and critical thinking by artists, curators, researchers and the general public. The program consists of exhibitions, residencies, public lectures and

Curated by Jacopo Crivelli Visconti, the 34th Bienal – Faz escuro mas eu canto [Though it's dark, still I sing], which began in February 2020, has been unfolding in space and time with both physical and online programming, and will culminate in the group show that will occupy the entire Ciccillo Matarazzo Pavilion, Ibirapuera Park, from September 4th to December 5th, 2021, simultaneously with dozens of solo exhibitions in partner institutions in the city of São Paulo. Free admission.