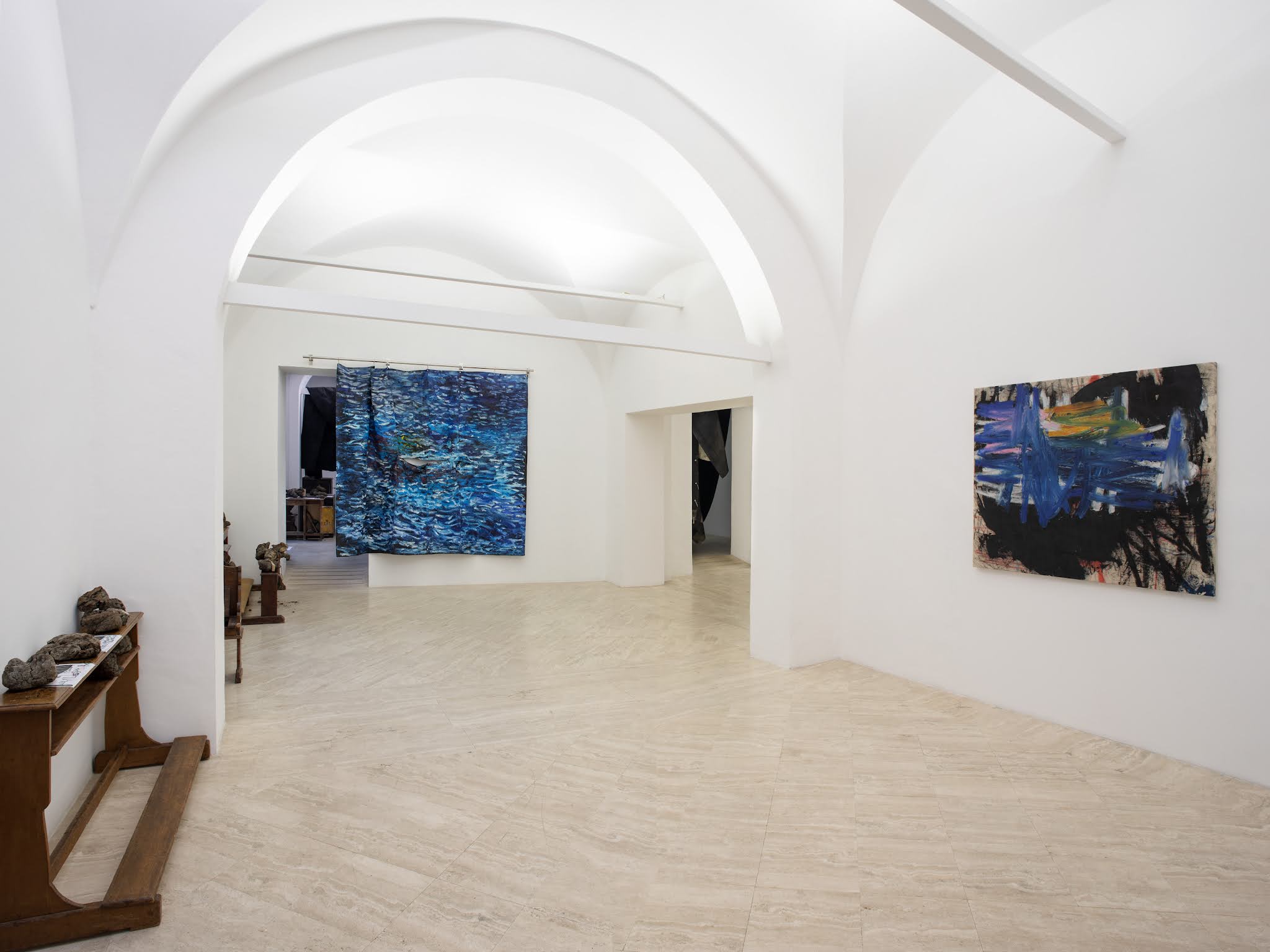 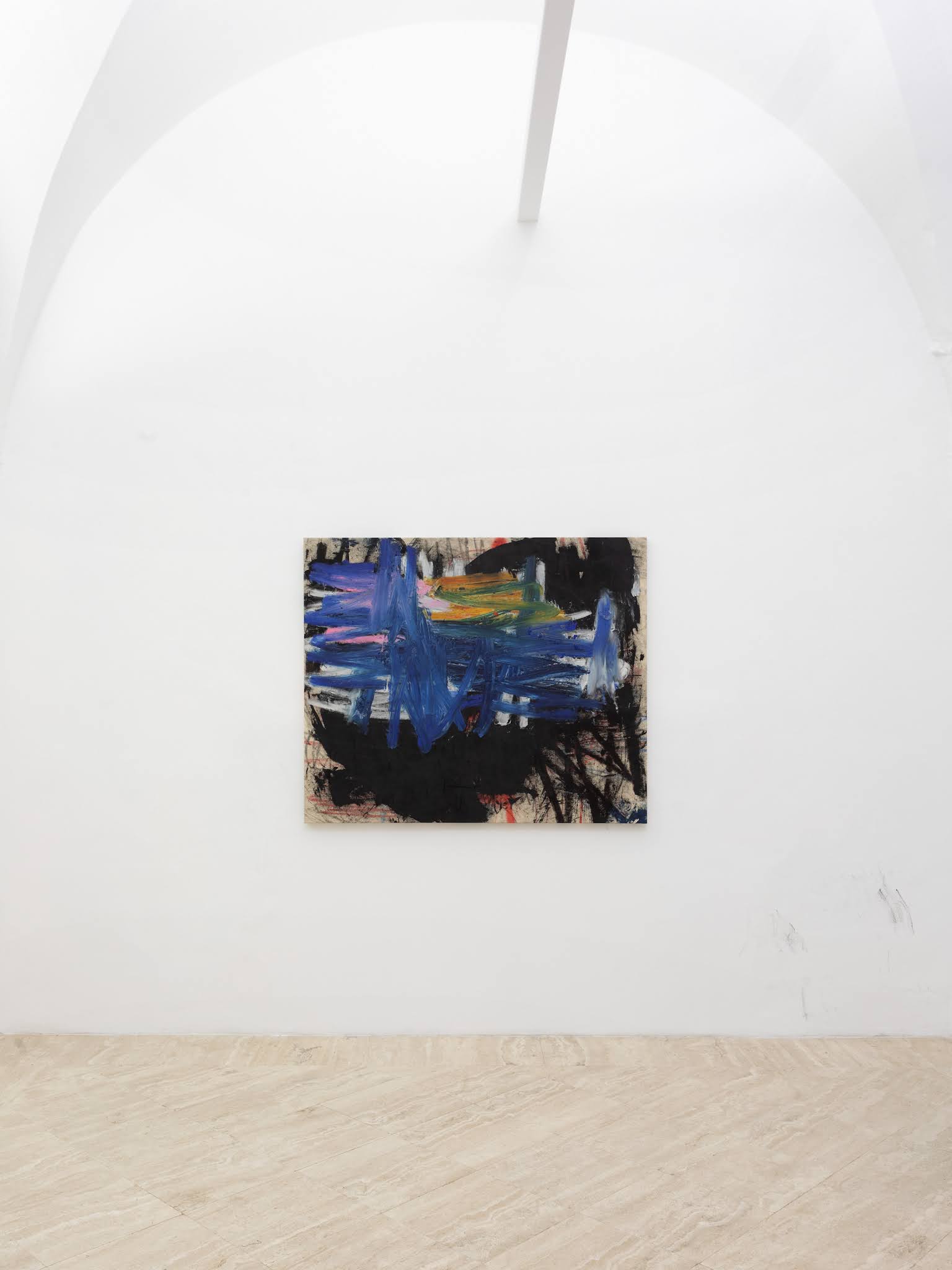 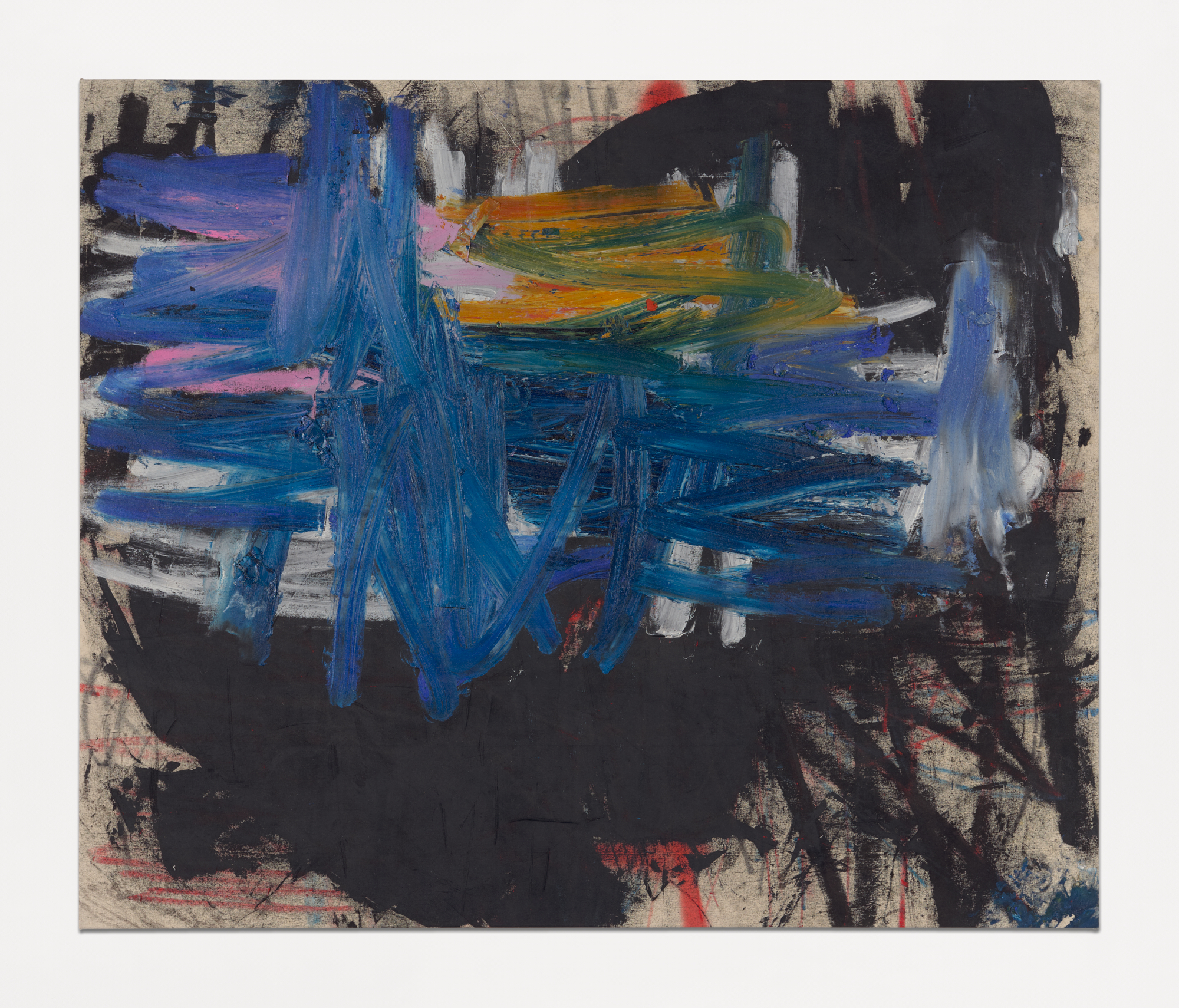 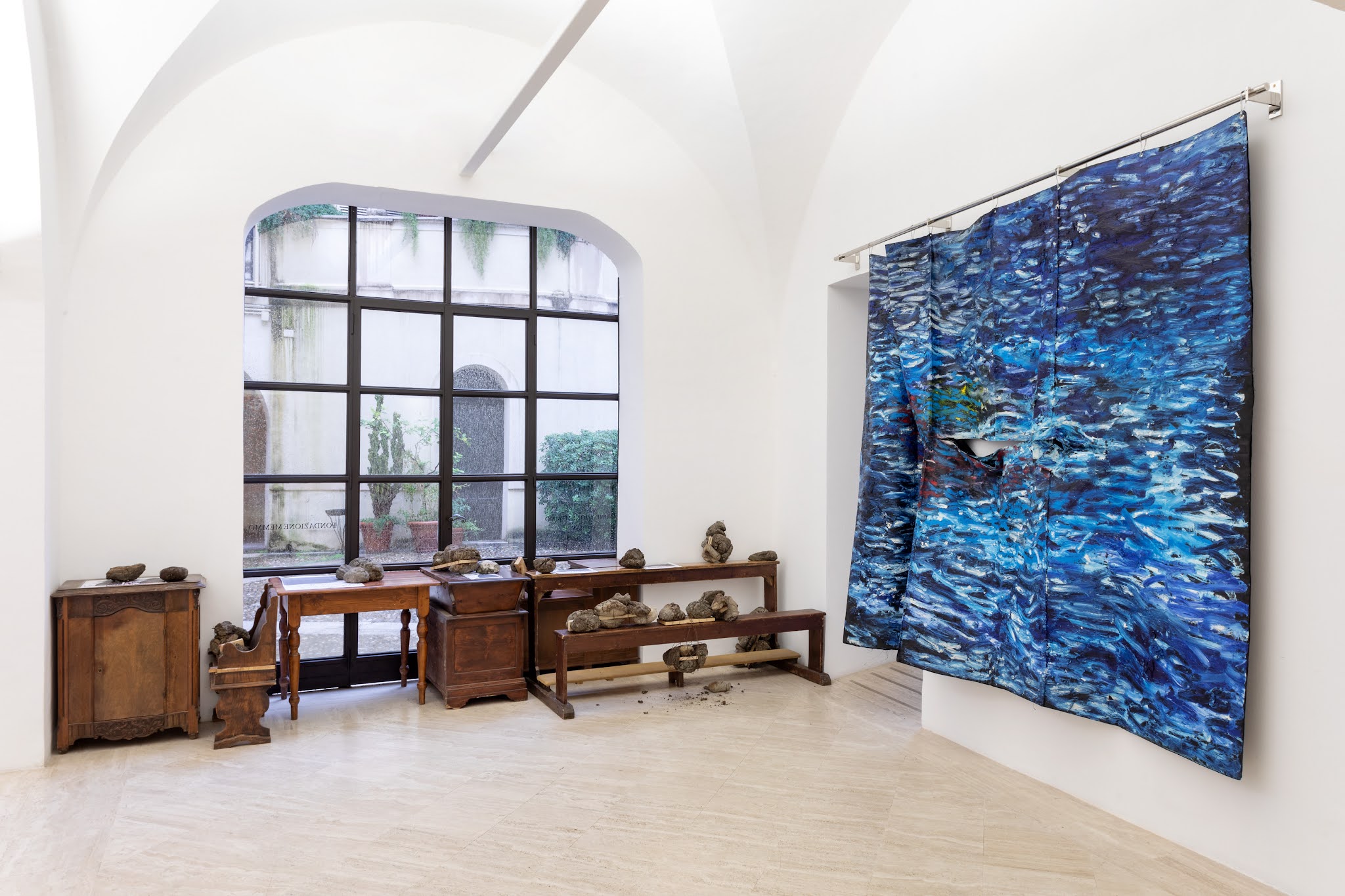 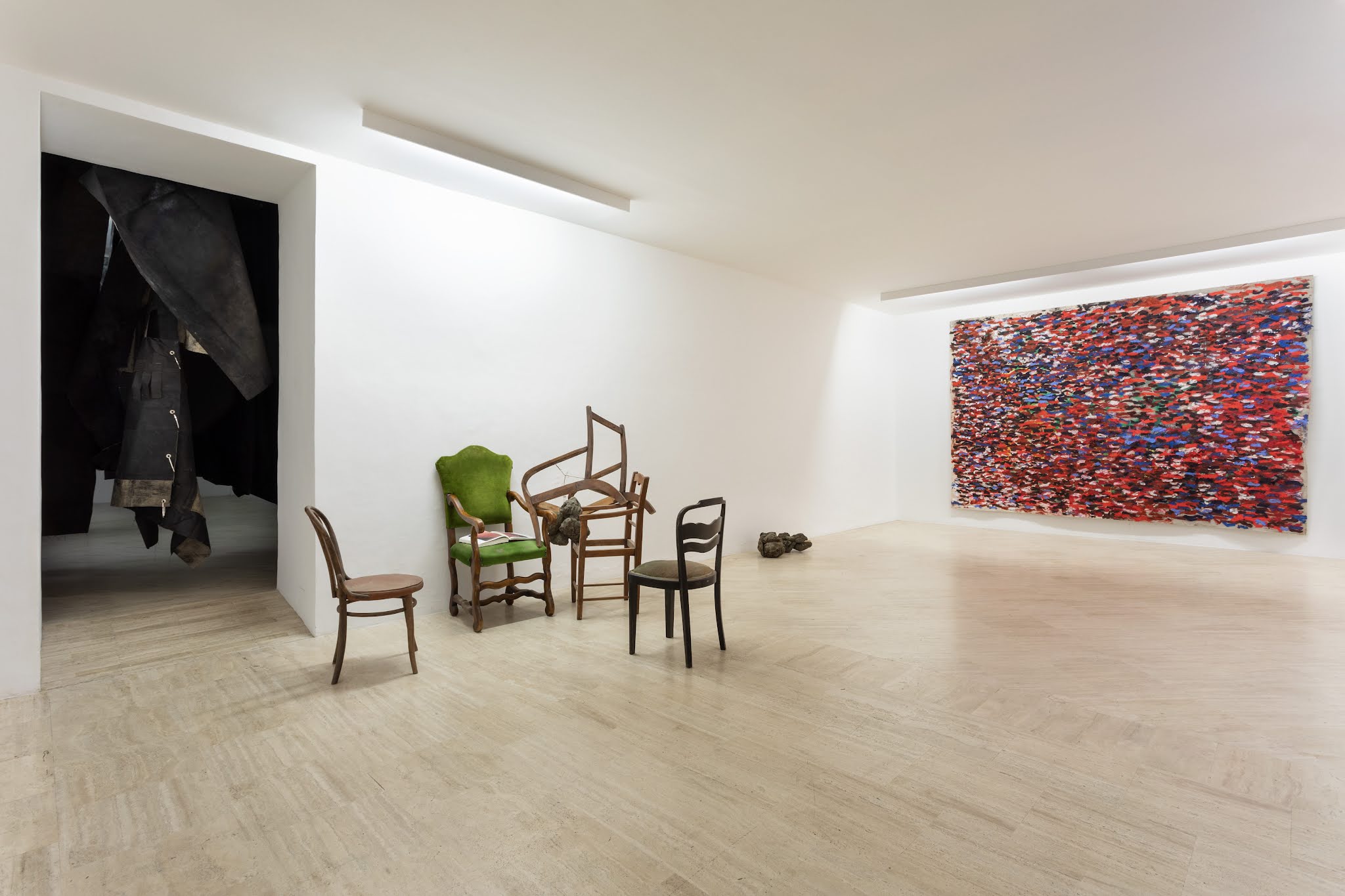 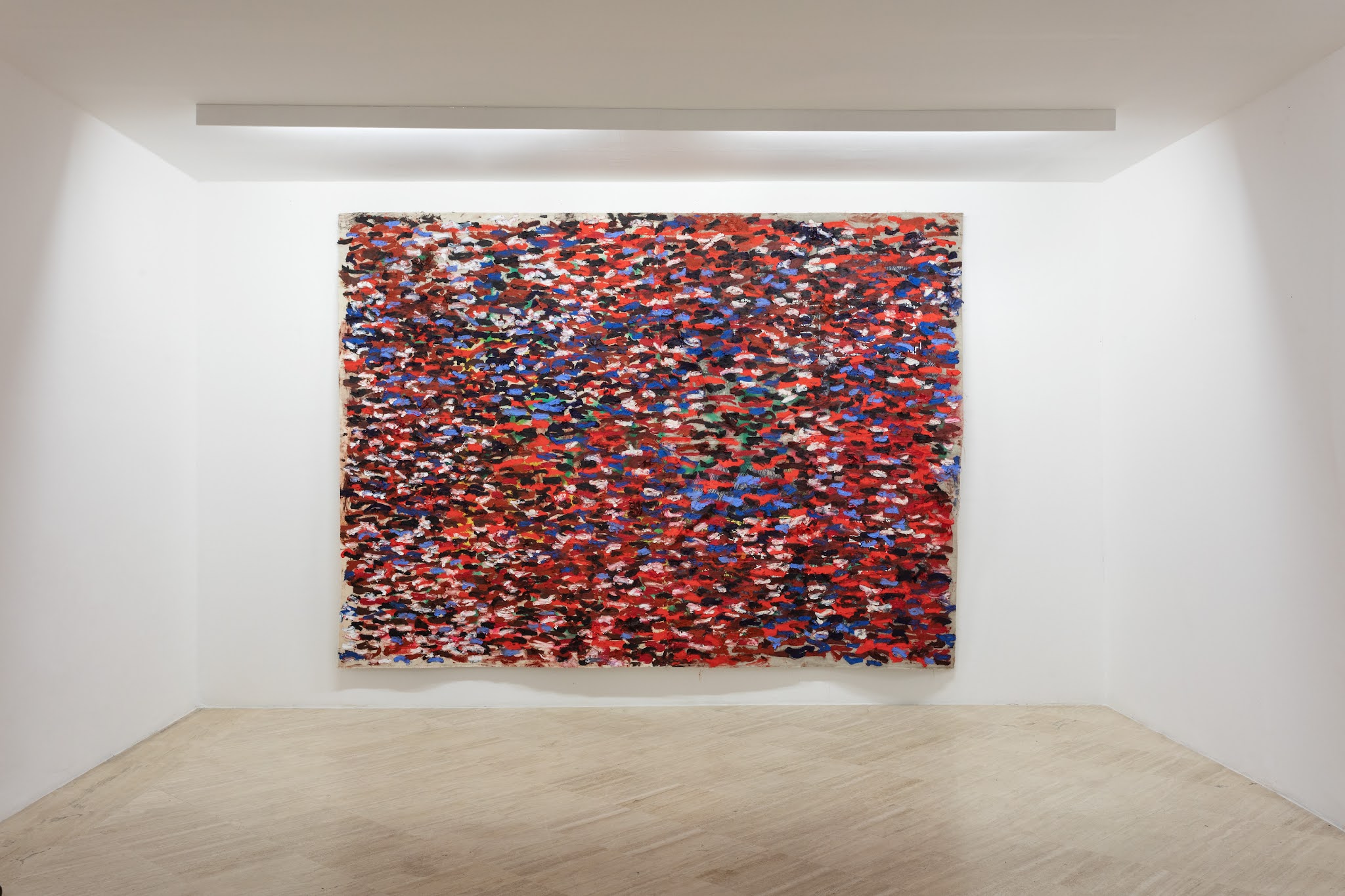 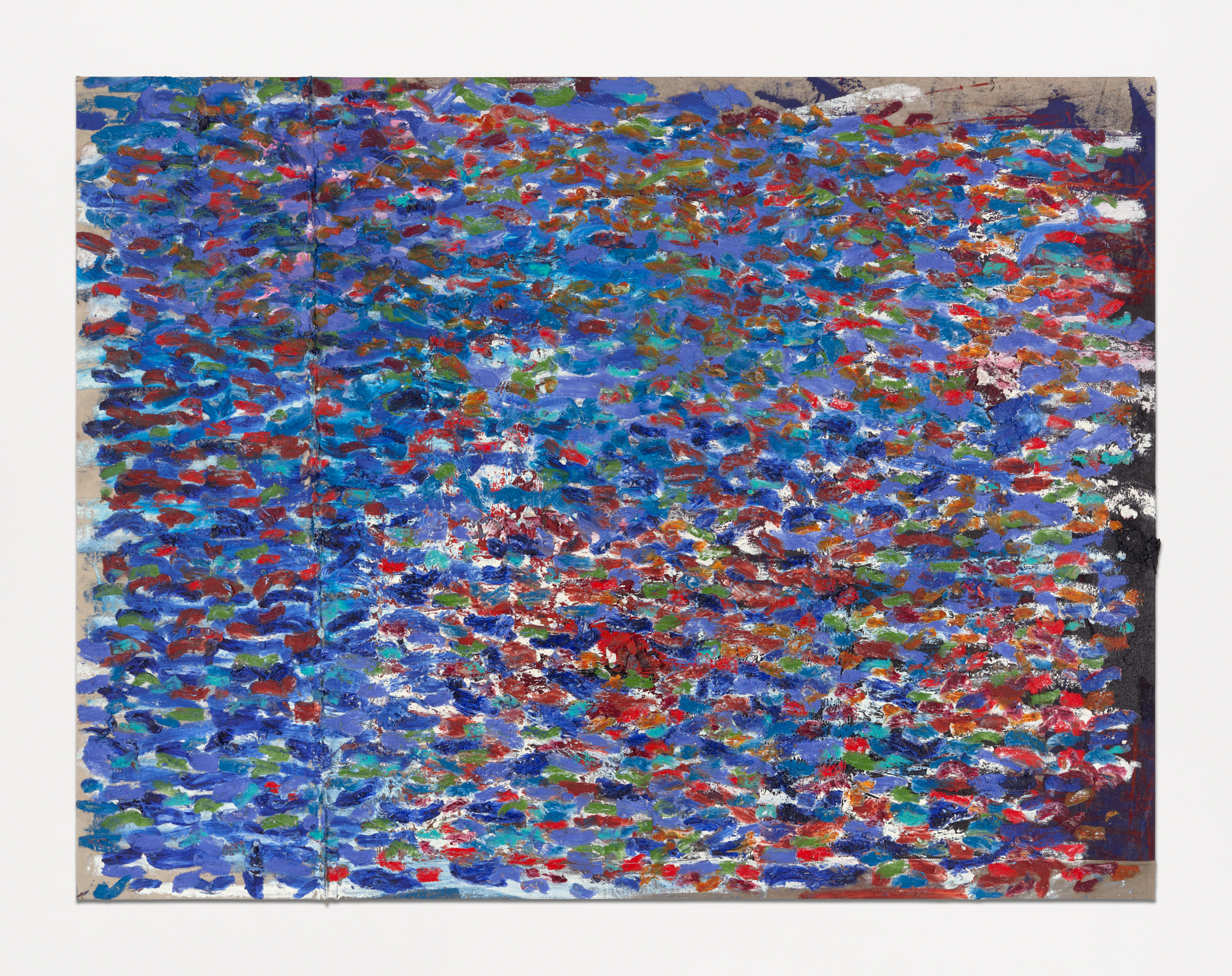 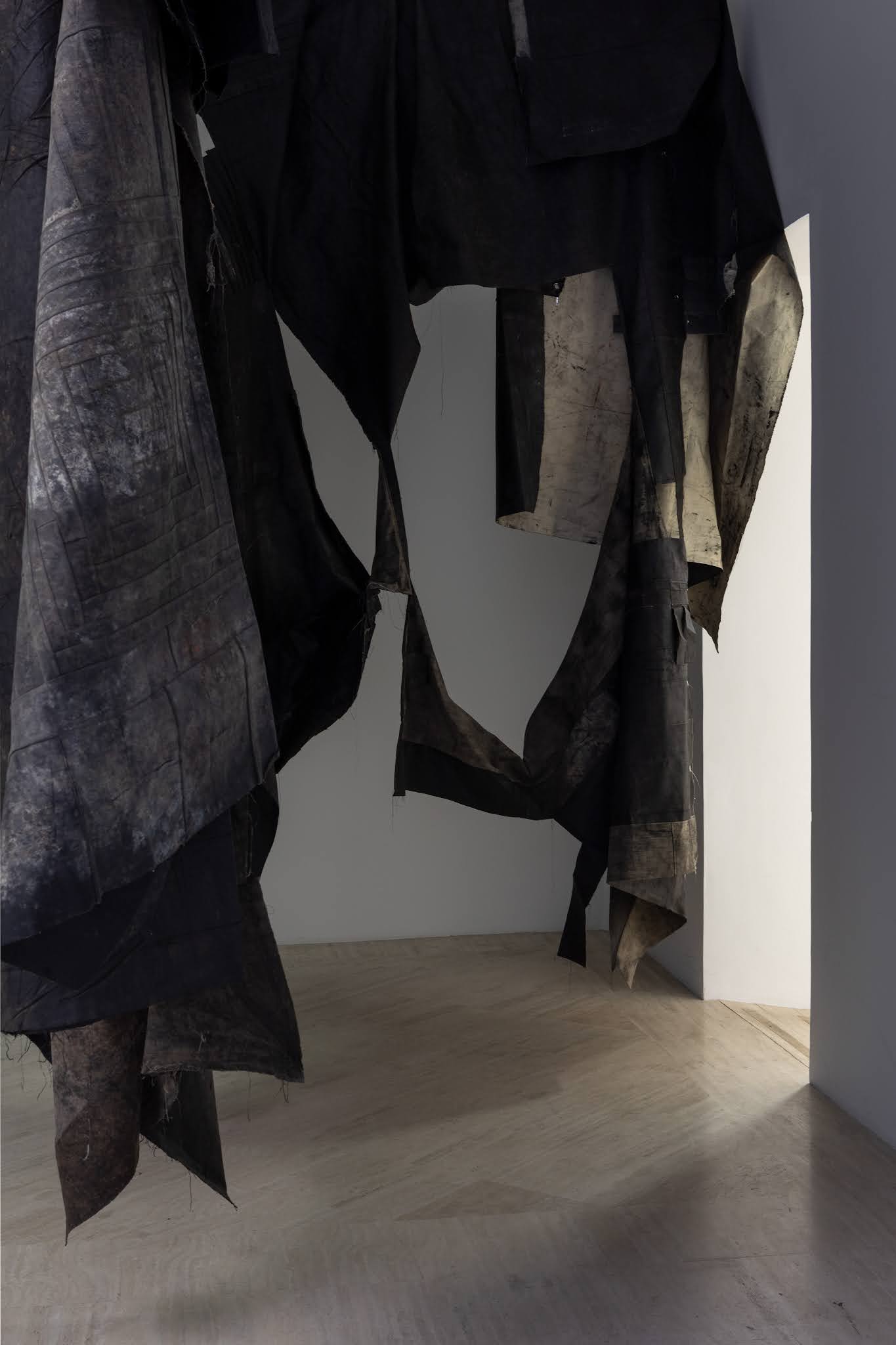 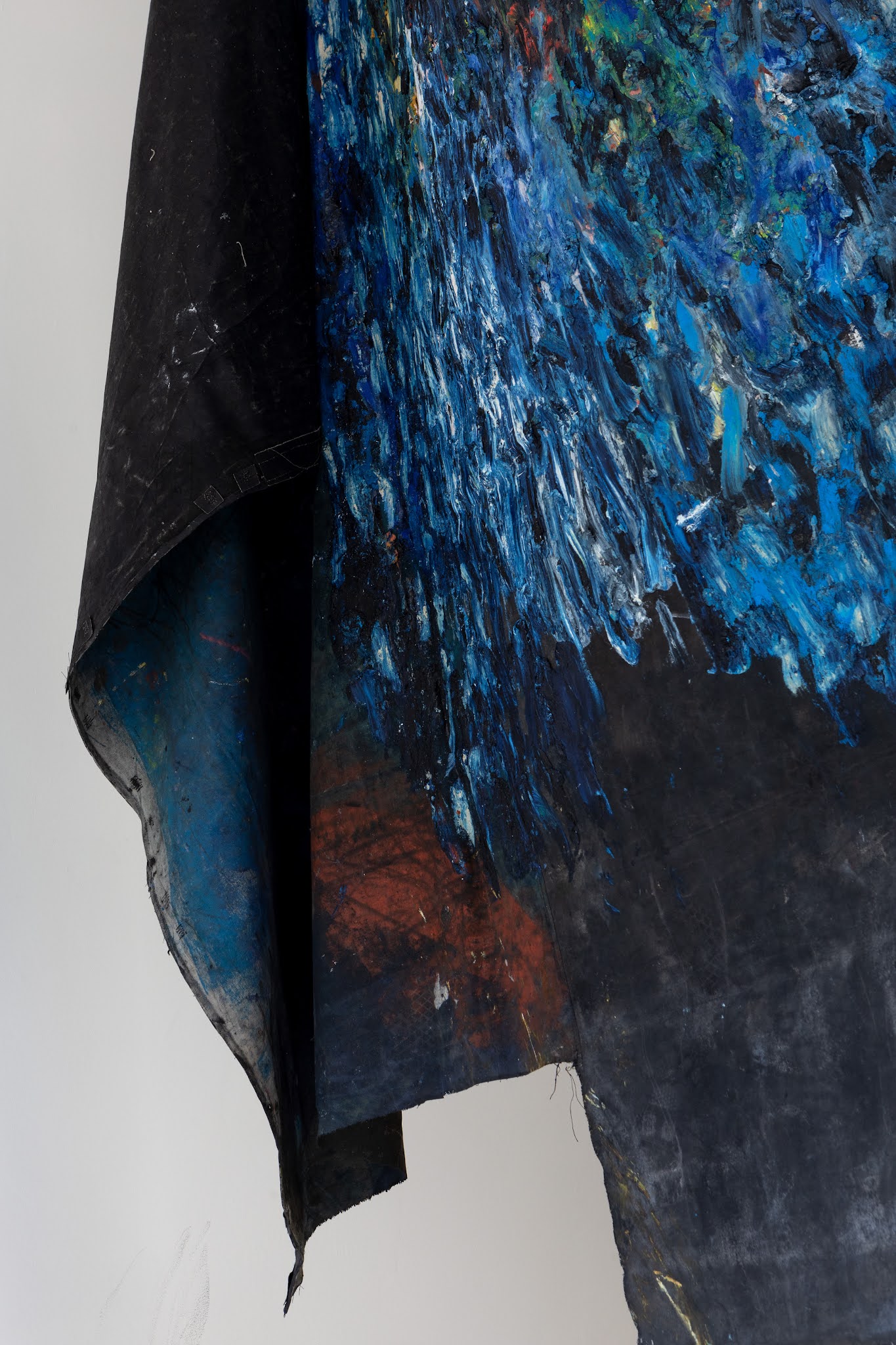 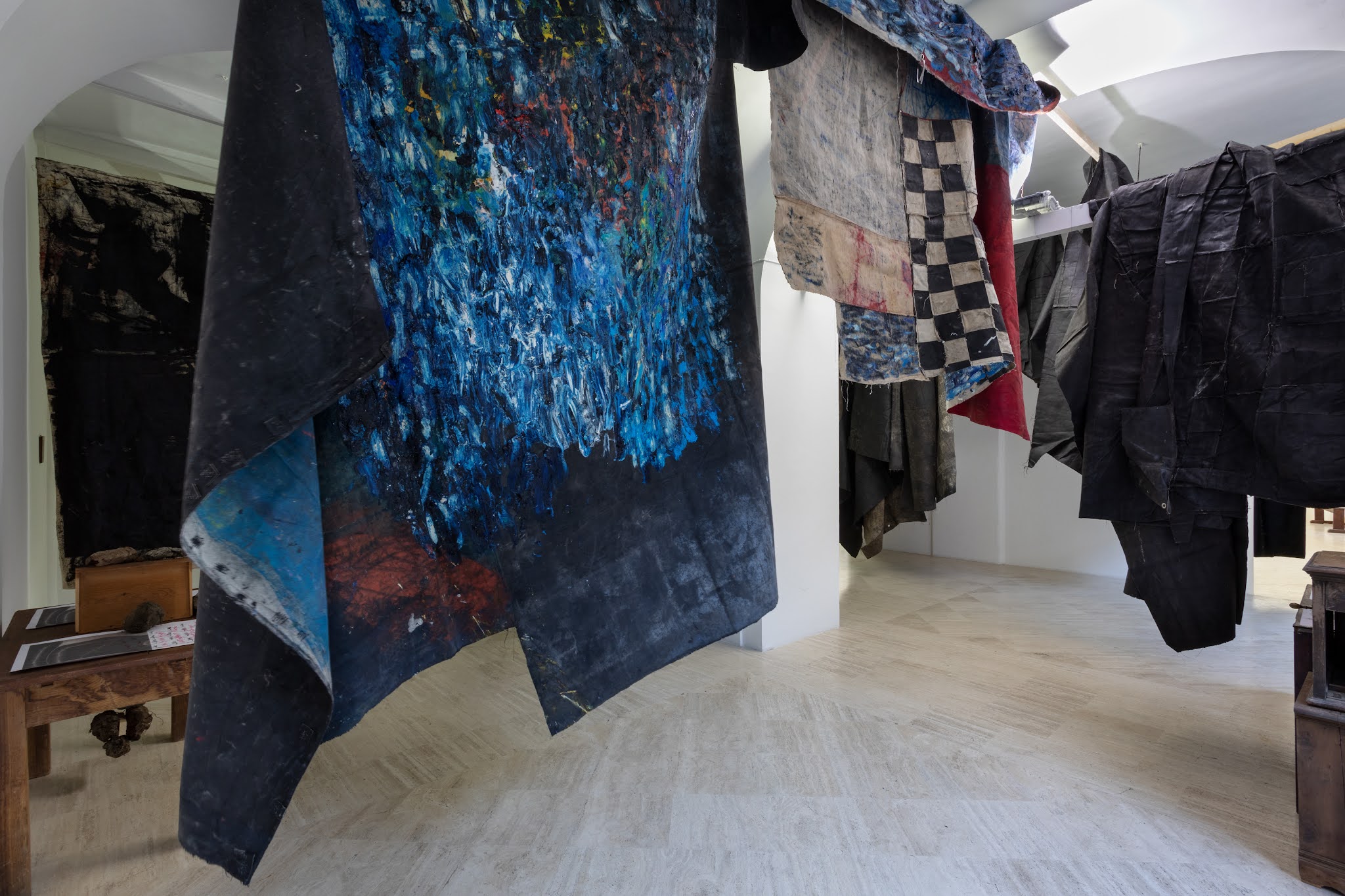 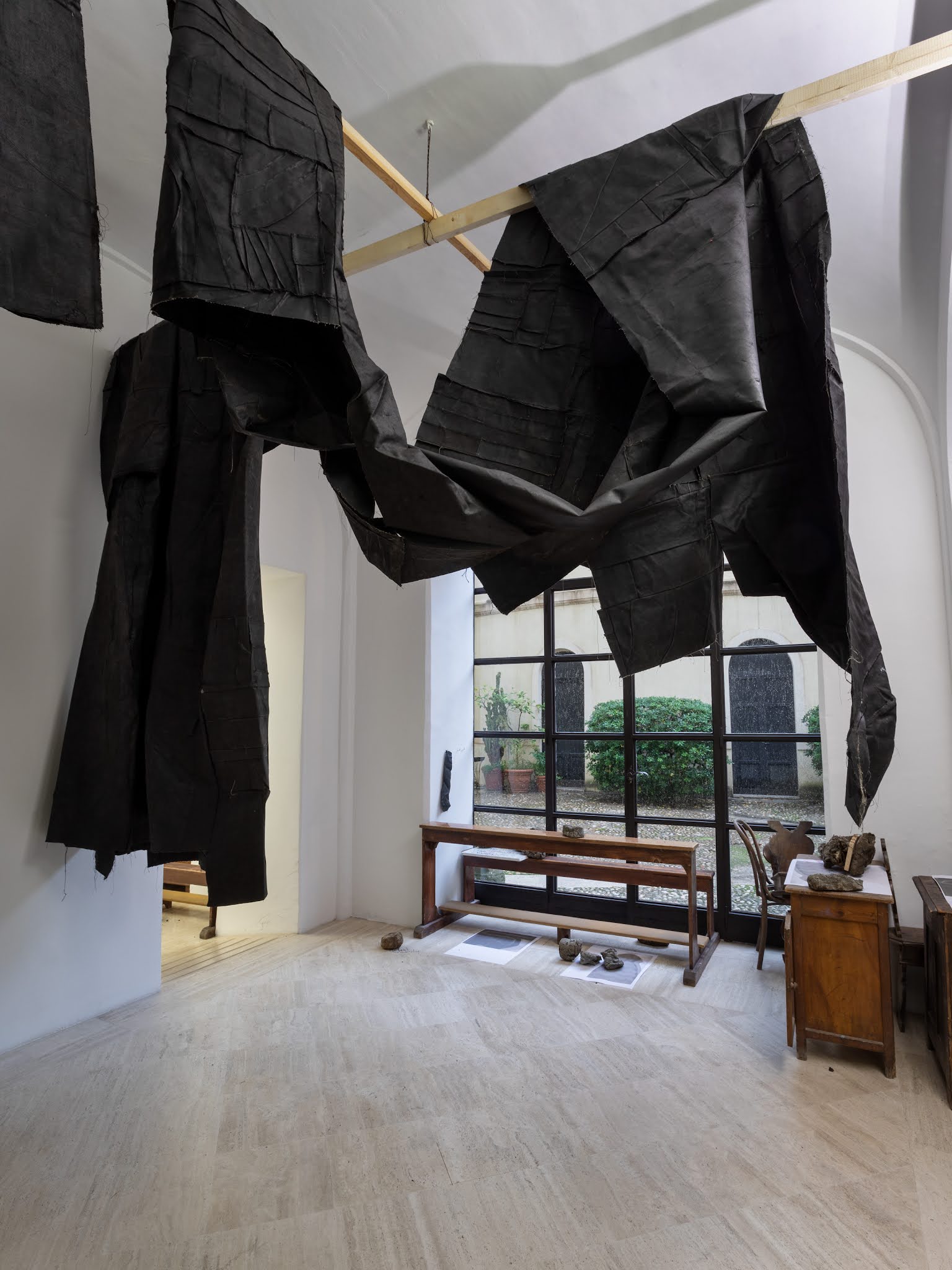 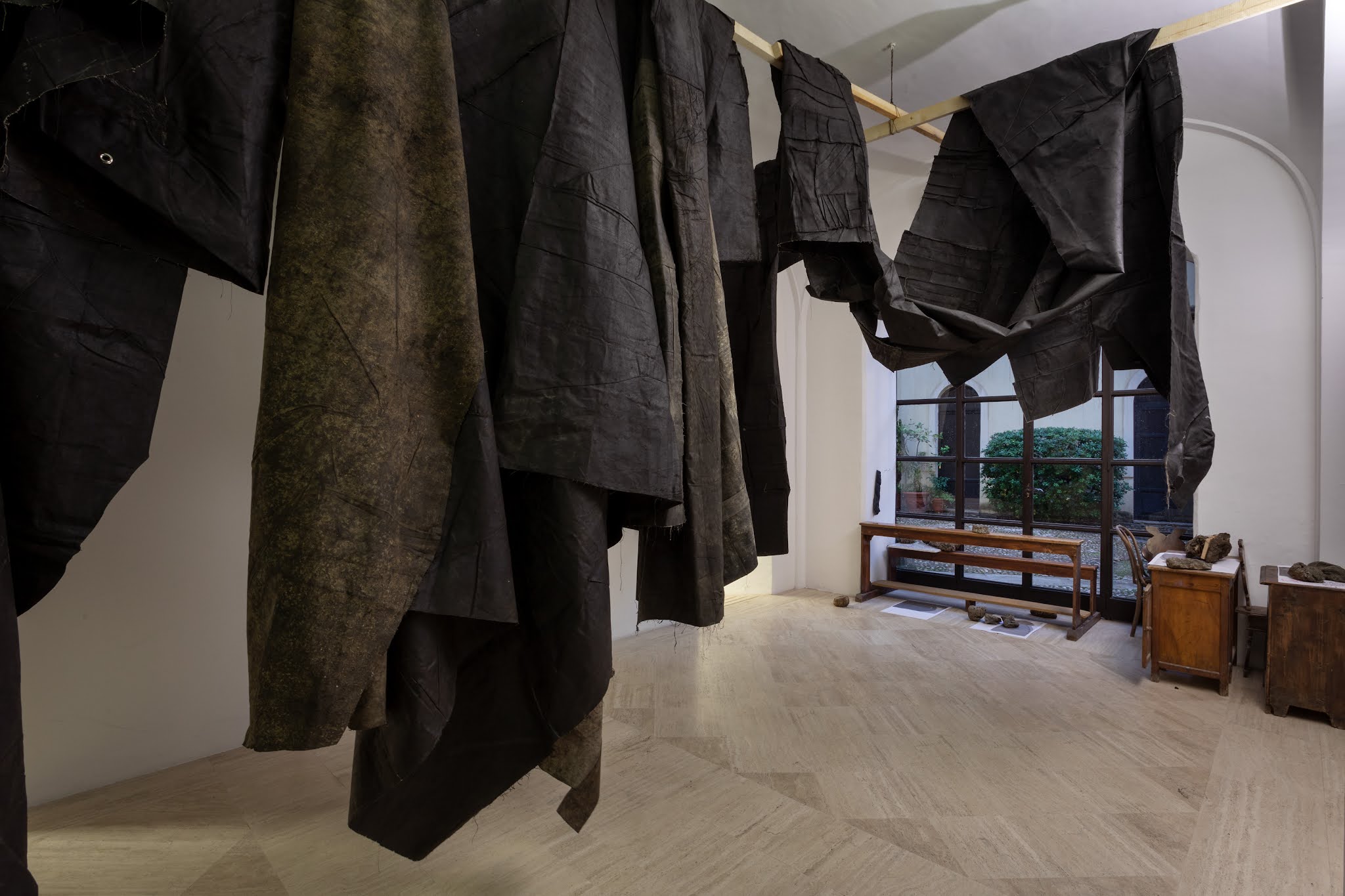 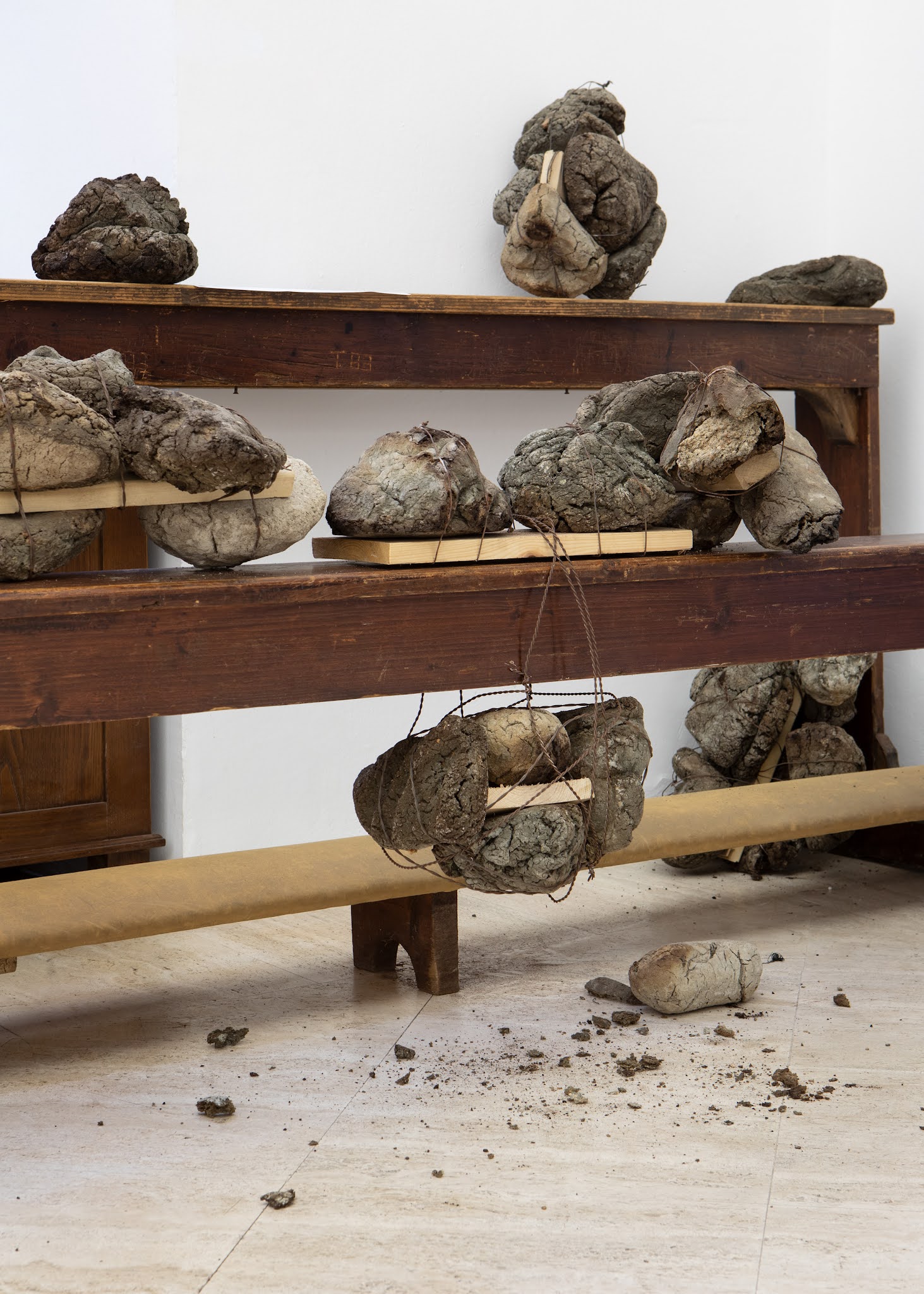 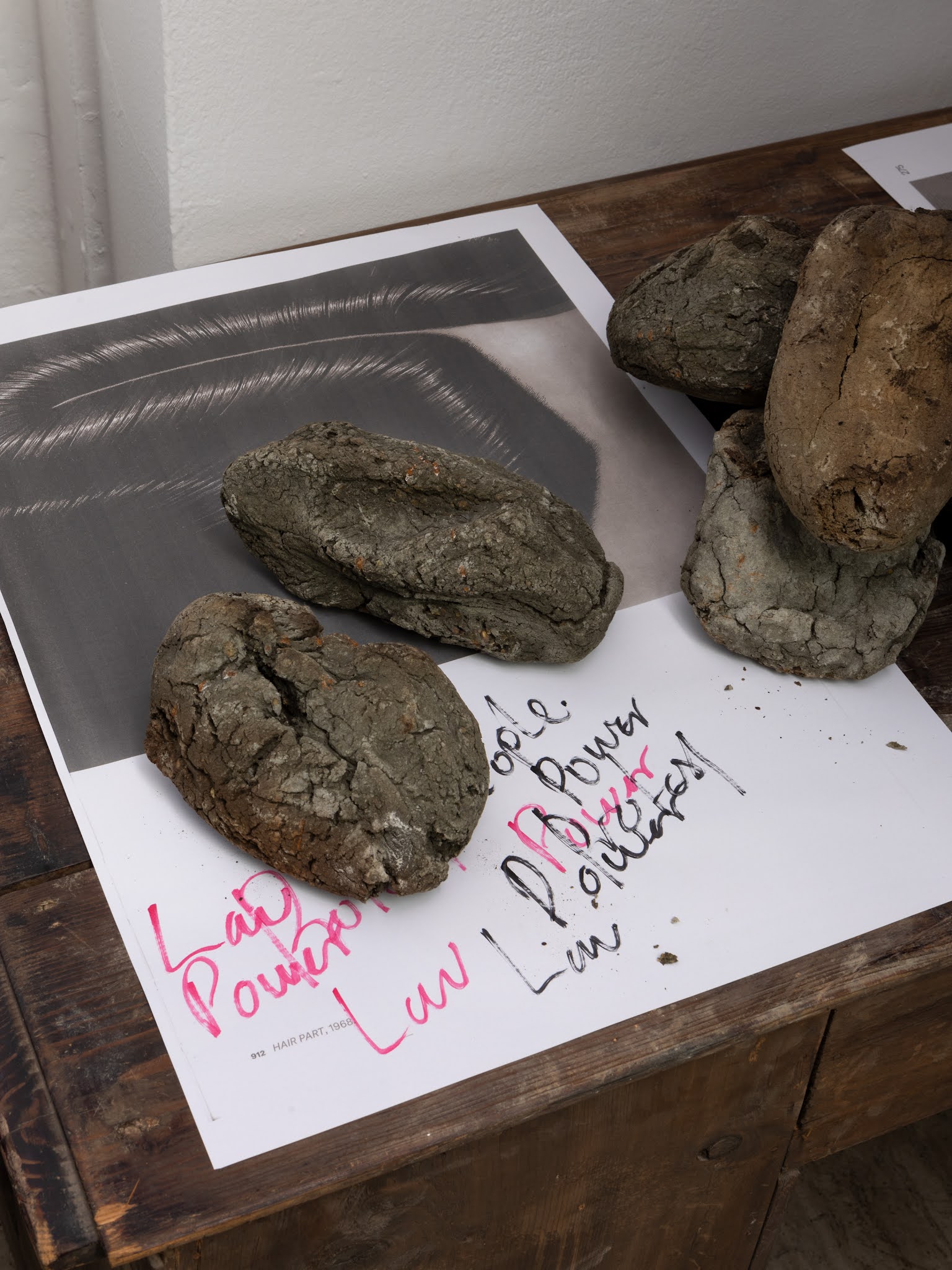 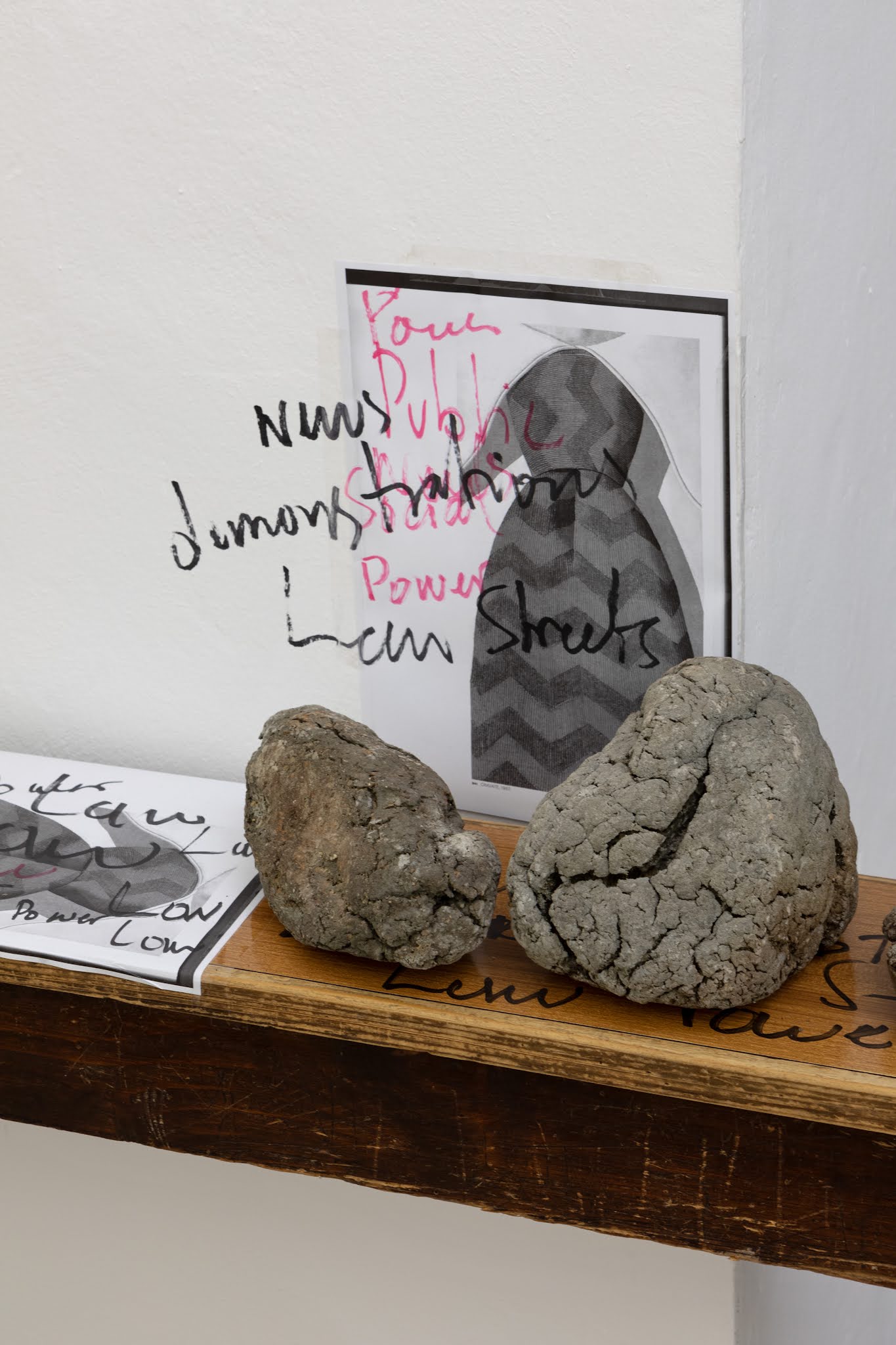 Cultural syncretism as a consequence of globalisation, along with the functioning and interplay of embedded systems of power, are recurring elements of the research of Oscar Murillo, one of the winners of the 2019 Turner Prize. The Fondazione Memmo invited Murillo to undertake research visits to Rome from 2019 with a view to creating new work for a solo exhibition, responding directly to the environs.

In the intervening two years, Murillo has developed this project, working at a distance from his studio in Colombia, while the global health situation has made movement impossible. The resulting exhibition, comprising paintings created in Colombia, situated within a site-specific installation executed on the artist’s return to Rome 2021, is the result of a long period of reflection. The works are inevitably informed by the upheaval of recent times, as well as by a profound meditation on the power inequalities and systemic contradictions in global human society, which have suffused Murillo’s practice over many years.

The installation created at Fondazione Memmo features new paintings by Murillo. The works are characterised by the quality of marks used – gestural and layered strokes of oil bar, which ‘flow’ horizontally across the works’ surfaces, recalling abstract expressionism, and identified by the artist as alluding to the ’obliterating’ force of water. The works on view at Fondazione Memmo are notable for their experimental use of density and colour – while some are dominated by markings, in other works the touch is lighter, with more visibility afforded to the layers beneath; stitched together from canvases worked upon using differing techniques.

Created under the circumstances of the global pandemic, Murillo has referenced a feeling of chaos which infuses the works, a ‘shimmering’ beauty beneath which resides a sense of collapse – already present within society, but brought to the fore by the events of the past 18 months.

This notion of a latent, fundamental instability is further explored by Murillo through an installation using objects associated with worship such as kneelers and church benches. Murillo describes the creation of the work as being informed by his visits to Rome, particularly by the overwhelming weight of history and religion within the city. The ways in which power is perpetuated and reproduced by different structures – both symbolic and physical – has been an aspect of many of Murillo’s previous works.

Through its distinctive yet ambiguous imagery, Spirits and Gestures perhaps hints toward various aspects within the world’s collective consciousness – social unrest; environmental disaster; climate change, and, possibly, philosophical reflections on the nature of human society. In spite of this, the exhibition resists being read as a direct allegory, instead creating a multi-layered and enveloping experience.

Oscar Murillo was born in La Paila, Colombia, in 1986. His practice encompasses paintings, sculptures, installations, works on paper, actions, collaborative projects, and videos. The notion of cultural exchange and the multiple ways in which ideas, languages, and even everyday items are displaced, circulated, and increasingly intermingled are at the centre of his interests; Murillo’s work demonstrates a nuanced understanding of the specific conditions of globalisation and its attendant state of flux, while maintaining the universality of human experience. Murillo earned his B.F.A. in 2007 from the University of Westminster, London, followed by his M.F.A. in 2012 from the Royal College of Art, London. He is represented by Carlos/Ishikawa and Isabella Bortolozzi, as well as having joined David Zwirner in 2013, exhibiting globally with the gallery on numerous occasions. Oscar Murillo’s works and projects have been the subject of solo exhibitions at prominent institutions worldwide, including: Mori Art Museum, Tokyo (2021-22); Aspen Art Museum, Aspen (2019-2020);  Kunstverein in Hamburg (2019-2020); The Shed, New York (2019); chi K11 art museum, Shanghai; Kettle’s Yard, Cambridge (both 2019); Haus der Kunst, Munich (2017-2018); Yarat Contemporary Art Centre, Baku (2017); Museo de Arte de la Universidad Nacional de Colombia, Bogotá (2015). Murillo’s work has featured in numerous international biennales including the Berlin Biennale (2018); Sharjah Biennale (2017); Performa 15, New York (2015). In the same year he was amongst the artists invited to the 56 th Venice Biennale with the ongoing long-term project Frequencies, created in collaboration with members of his family and political scientist Clara Dublanc: canvases are temporarily affixed to classroom desks in selected schools across the globe, encouraging students aged ten to sixteen to create any kind of mark making—drawing, writing, doodling. Works by the artist are included in museum collections worldwide, including The Broad, Los Angeles; Dallas Art Museum; Fondazione Sandretto Re Rebaudengo, Turin; Kettle’s Yard, University of Cambridge; Moderna Museet, Stockholm; The Museum of Contemporary Art, Los Angeles; The MoMA, New York; Rubell Family Collection, Miami; and Stedelijk Museum voor Actuele Kunst (S.M.A.K.), Ghent.