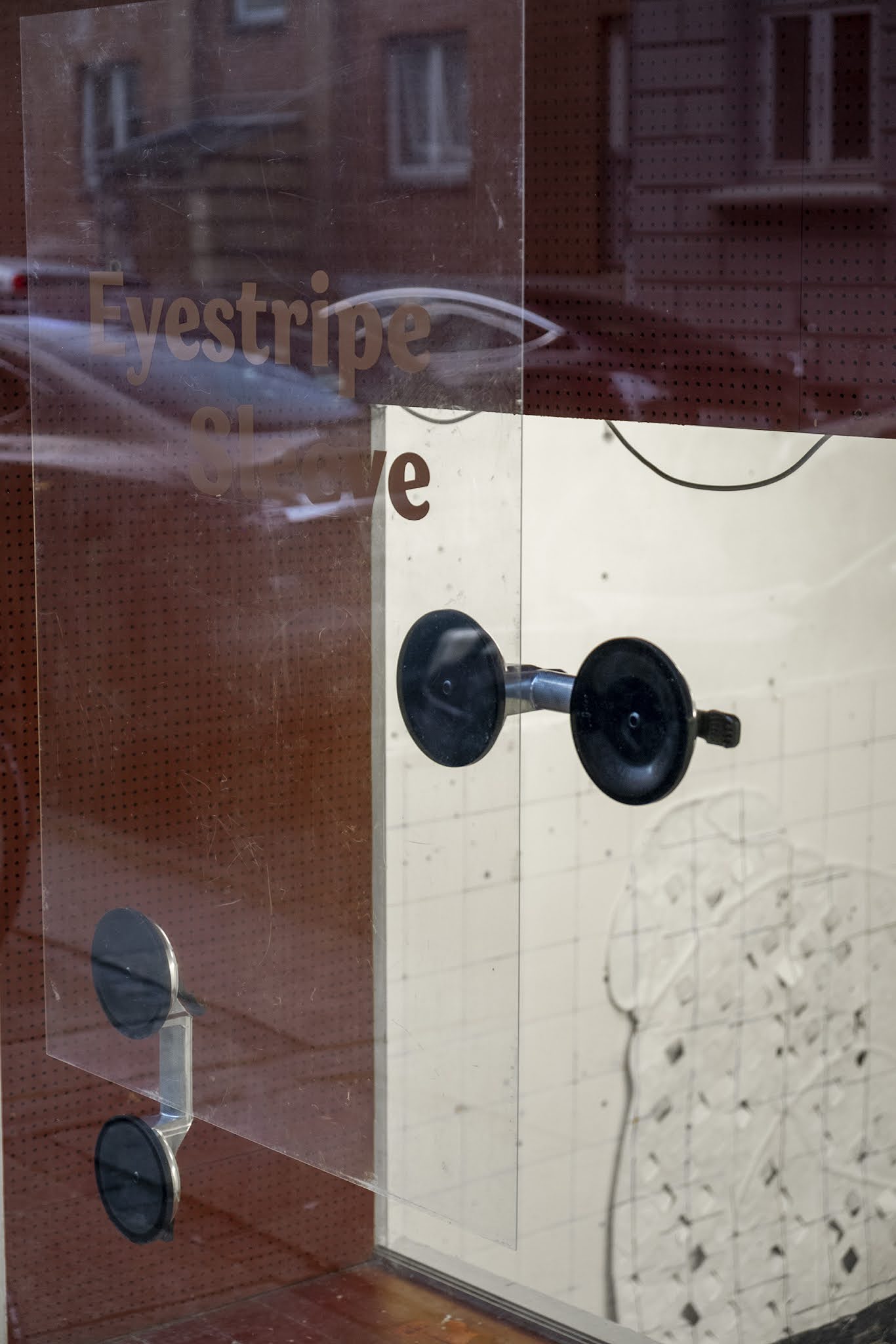 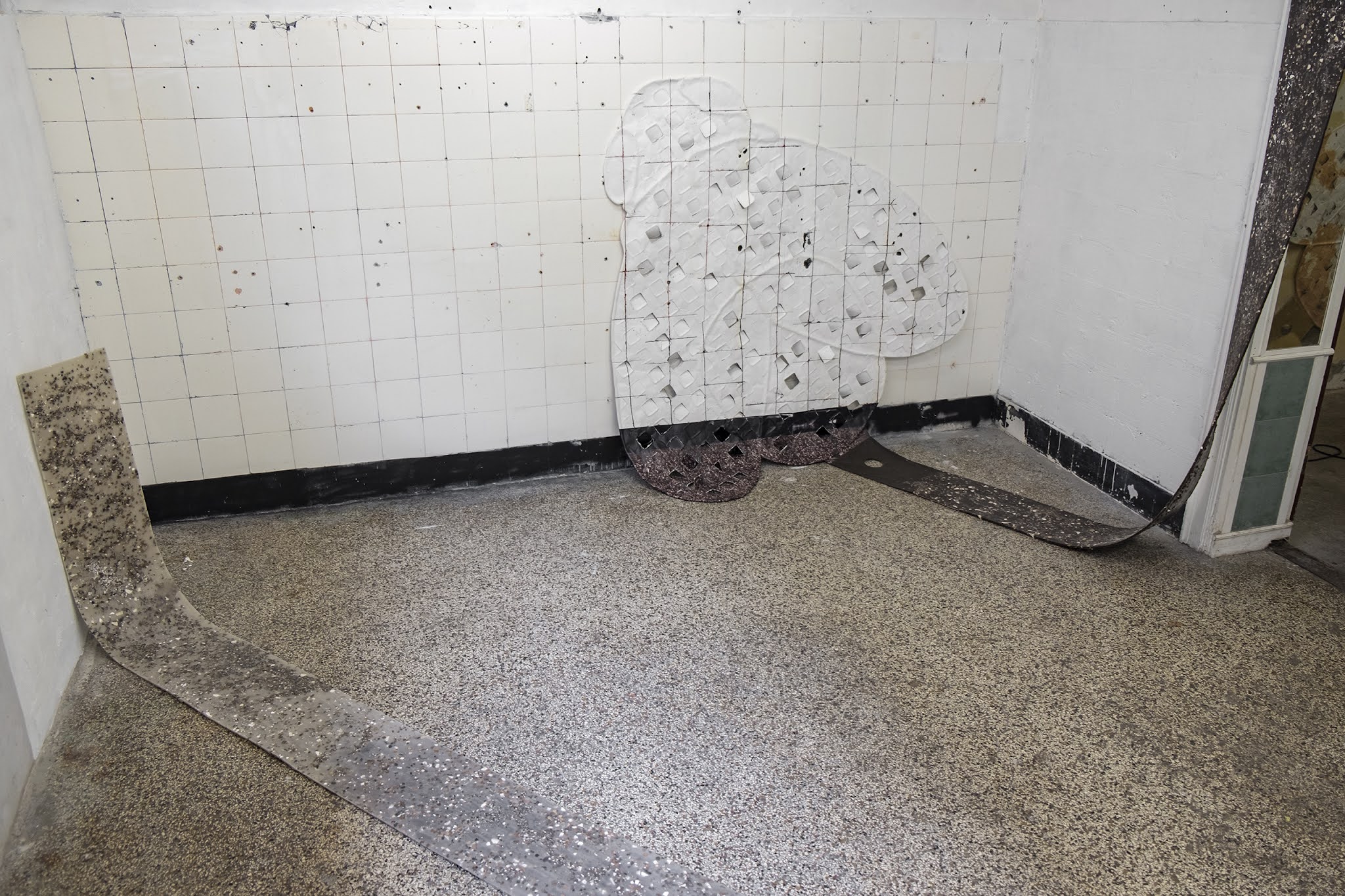 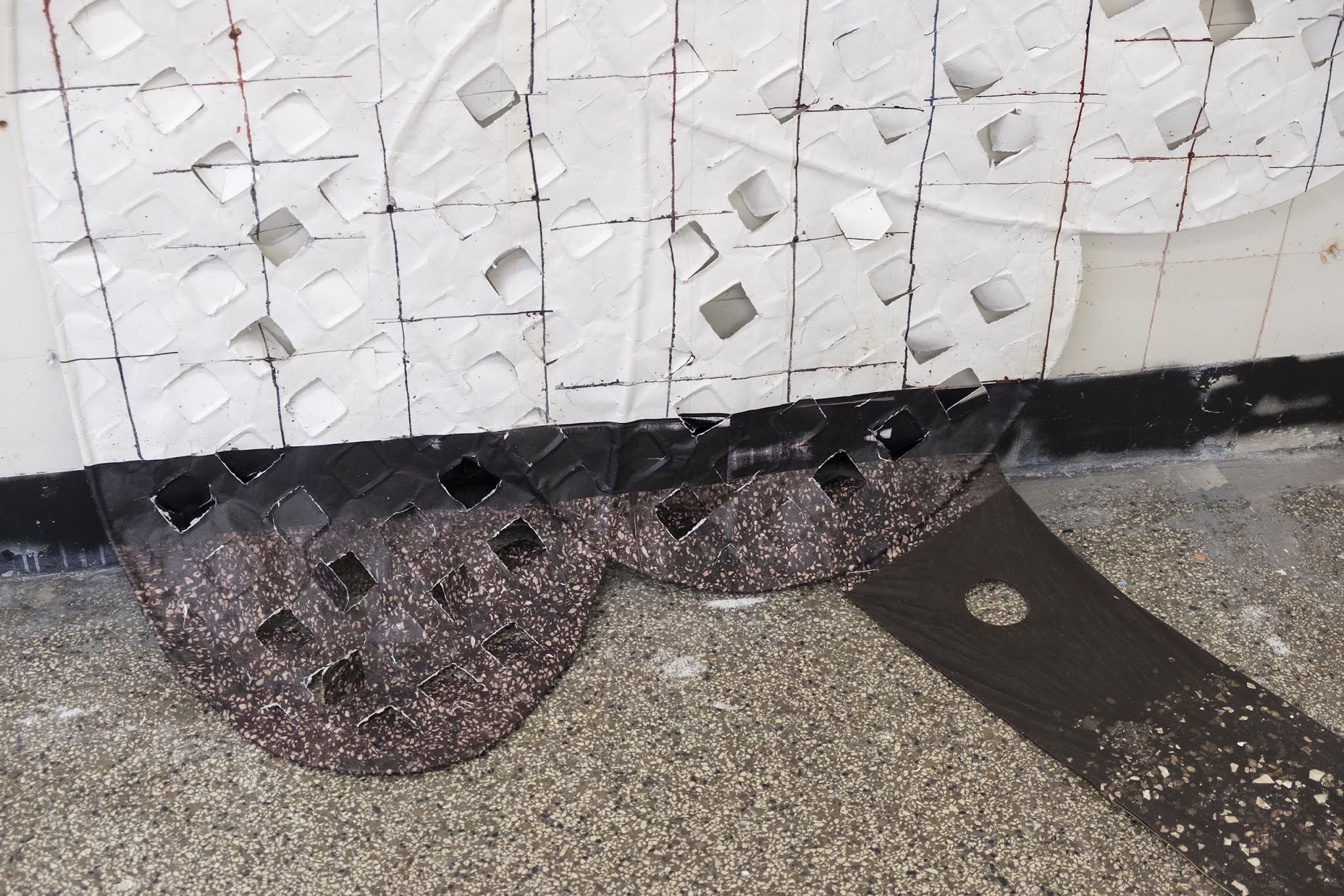 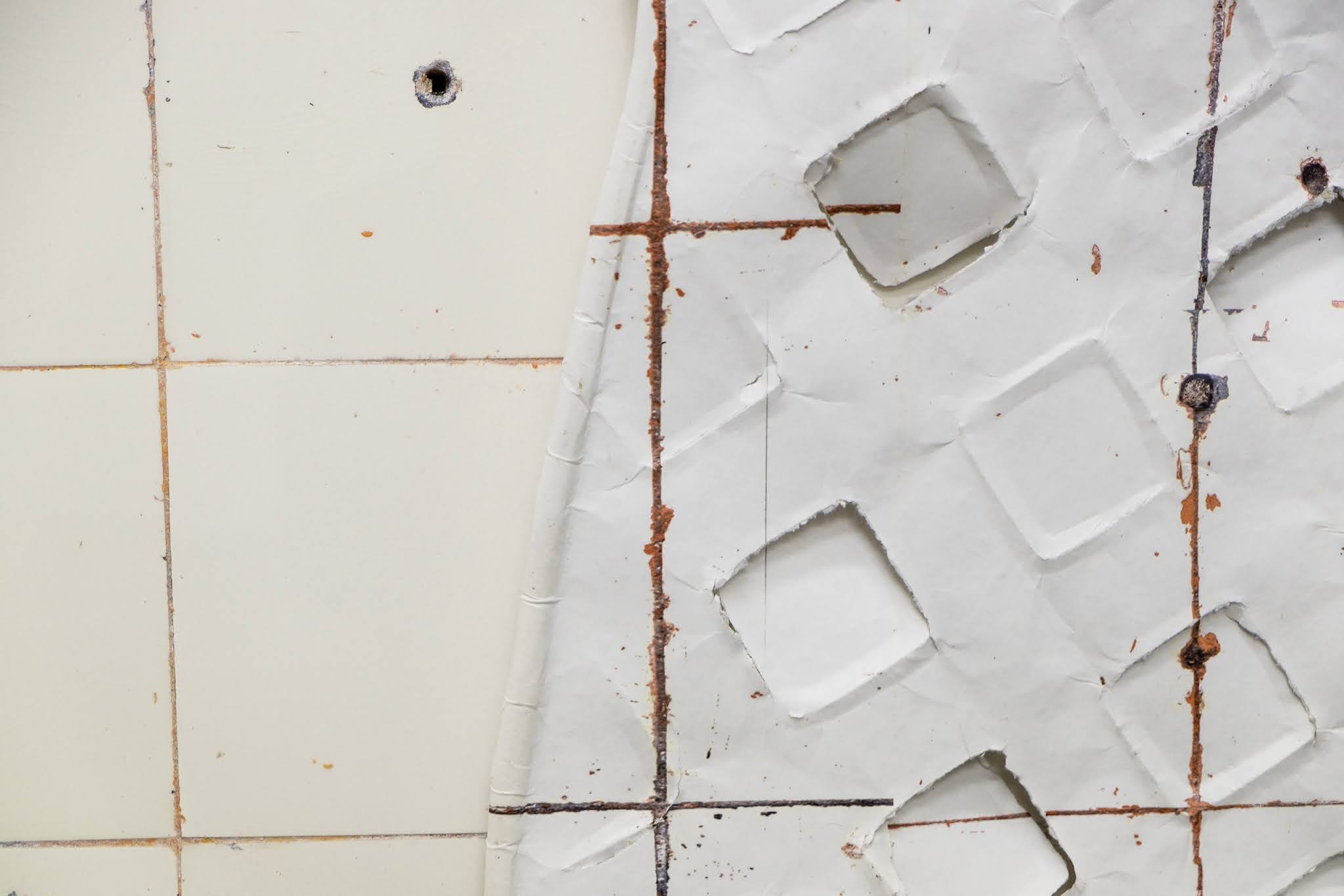 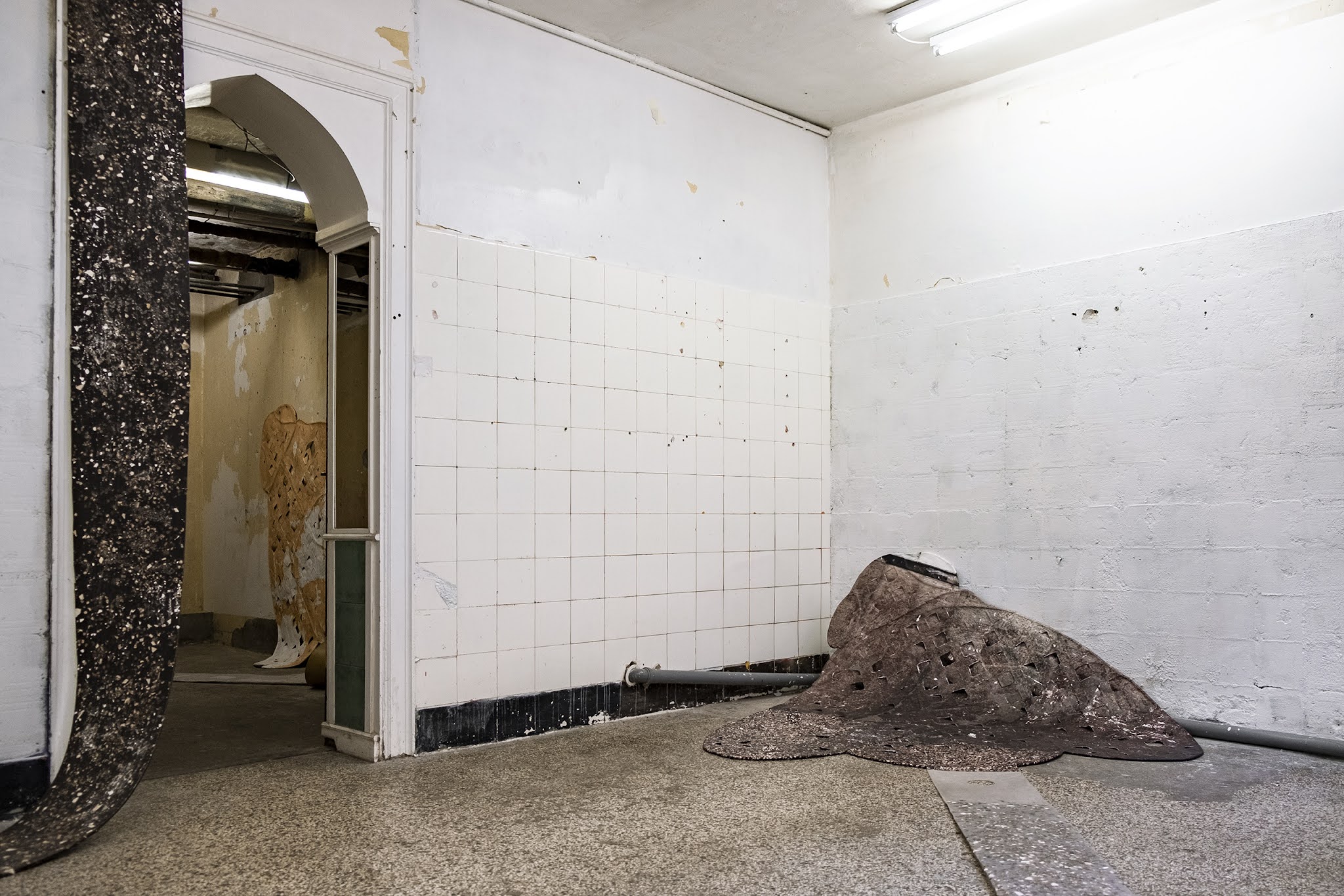 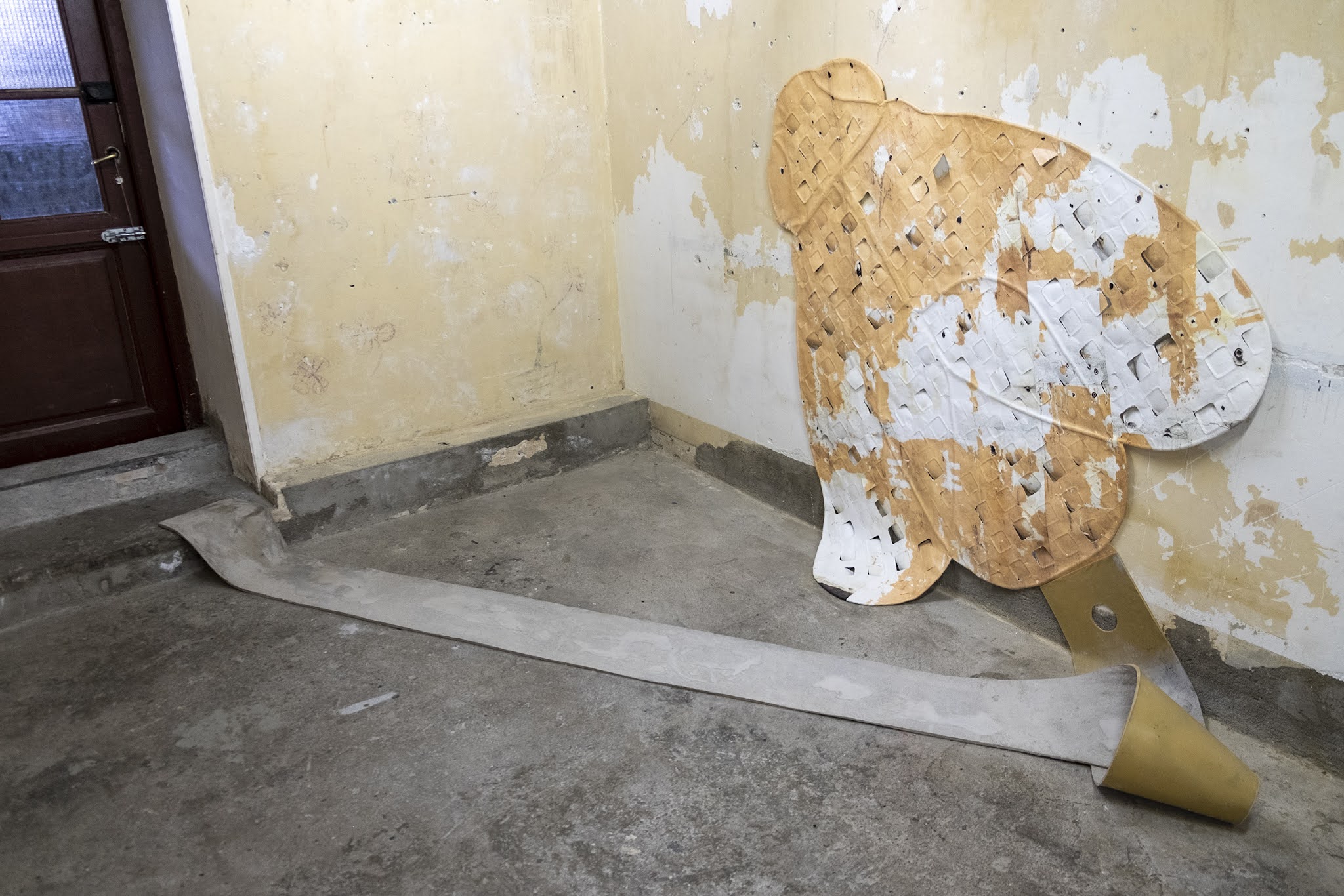 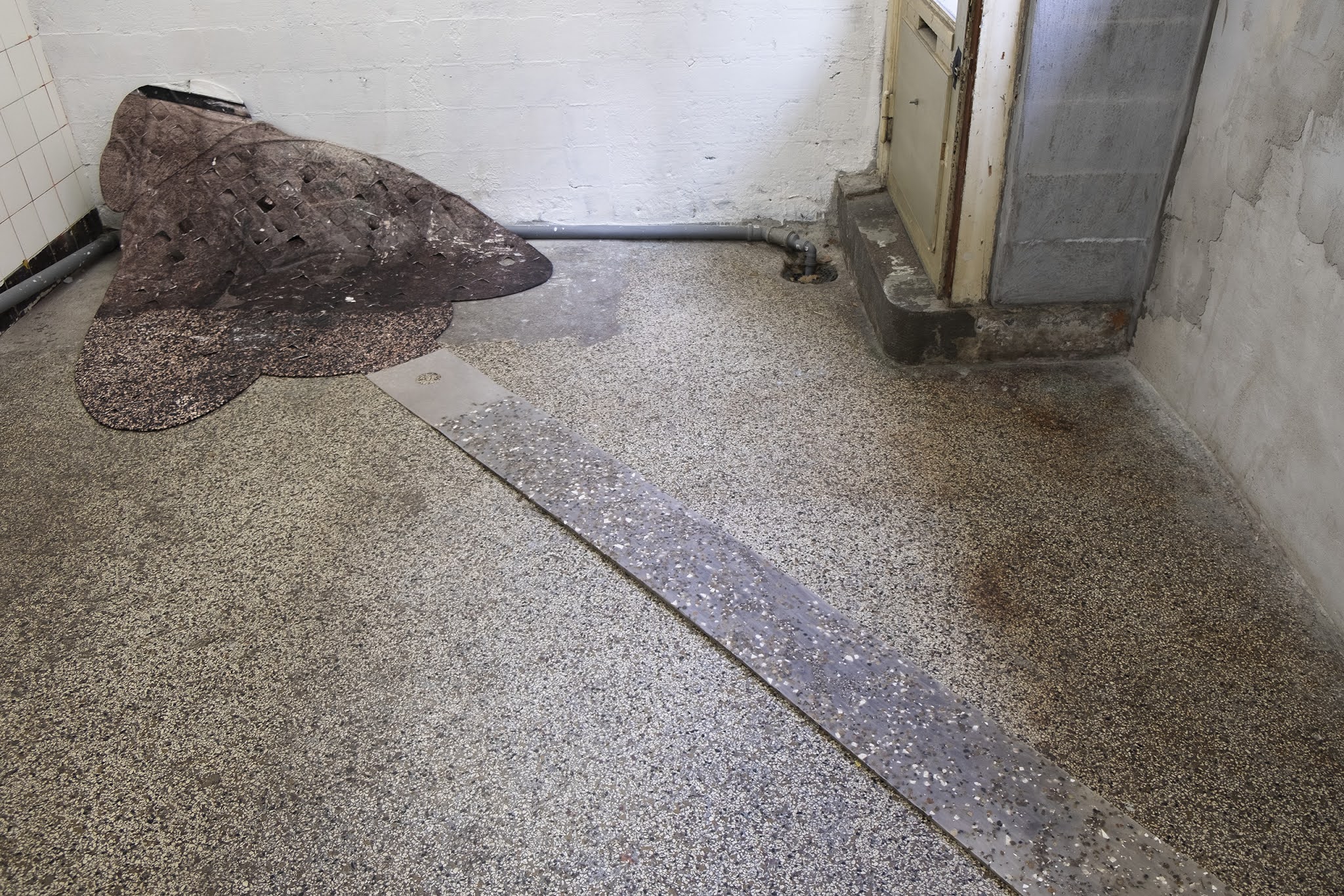 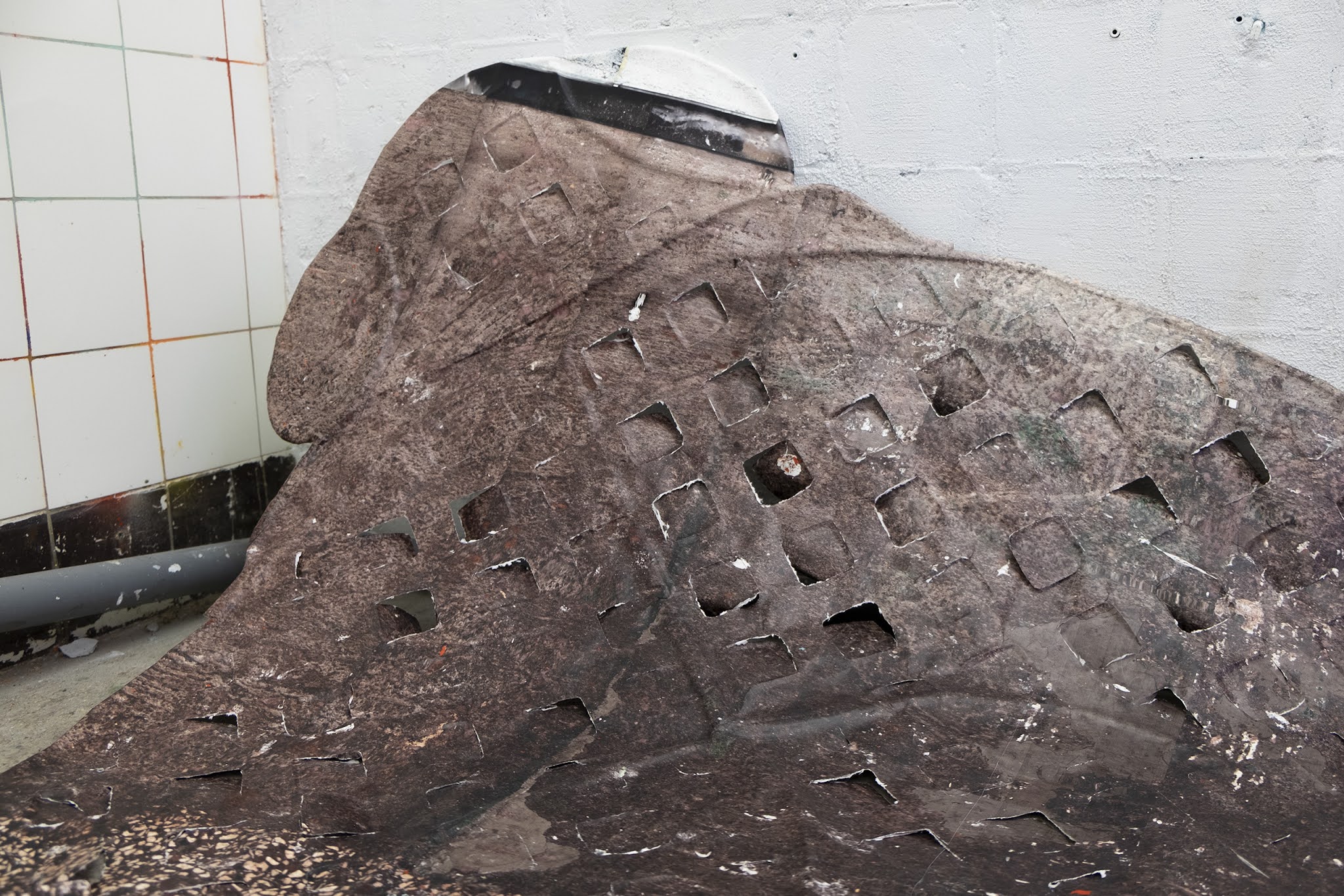 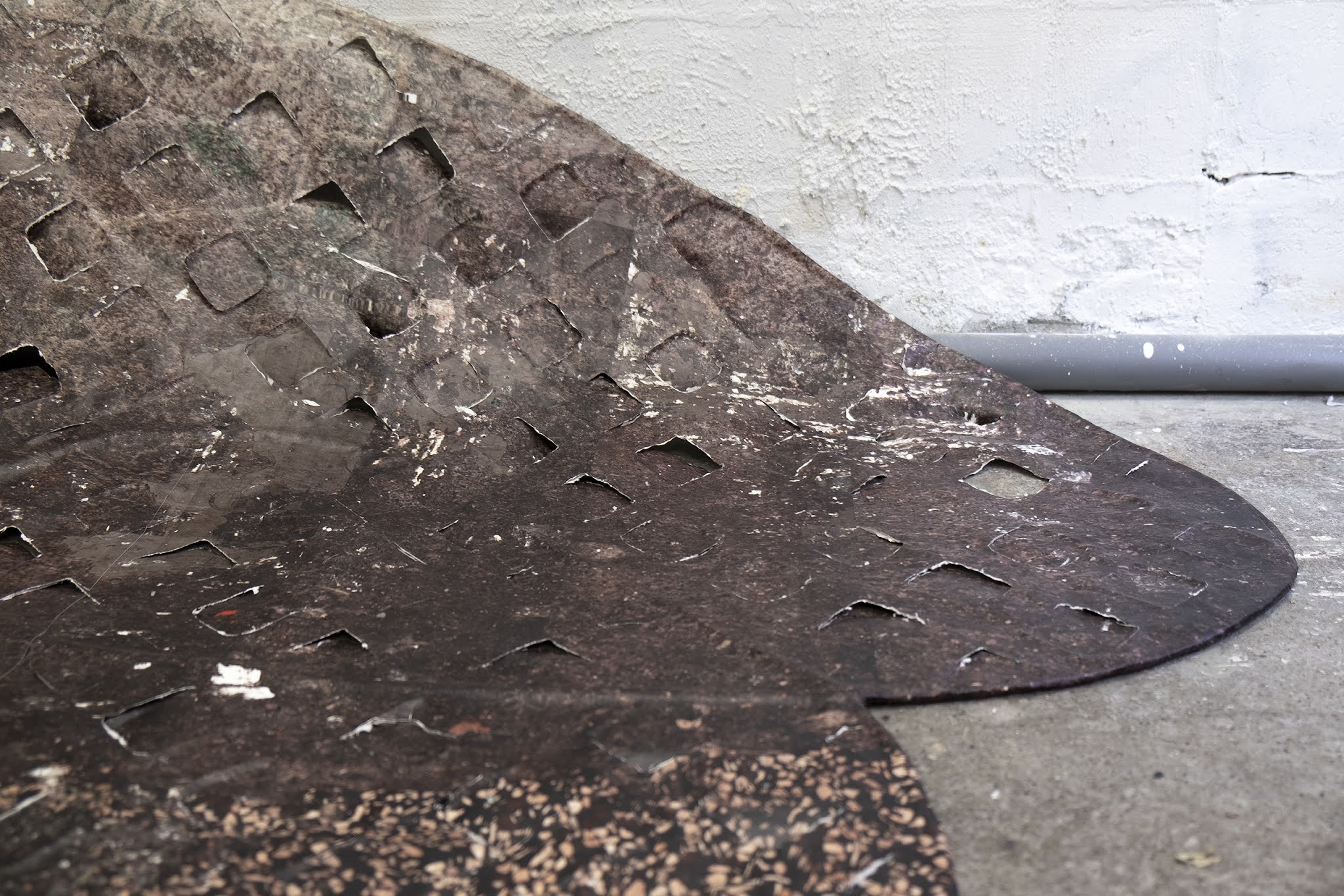 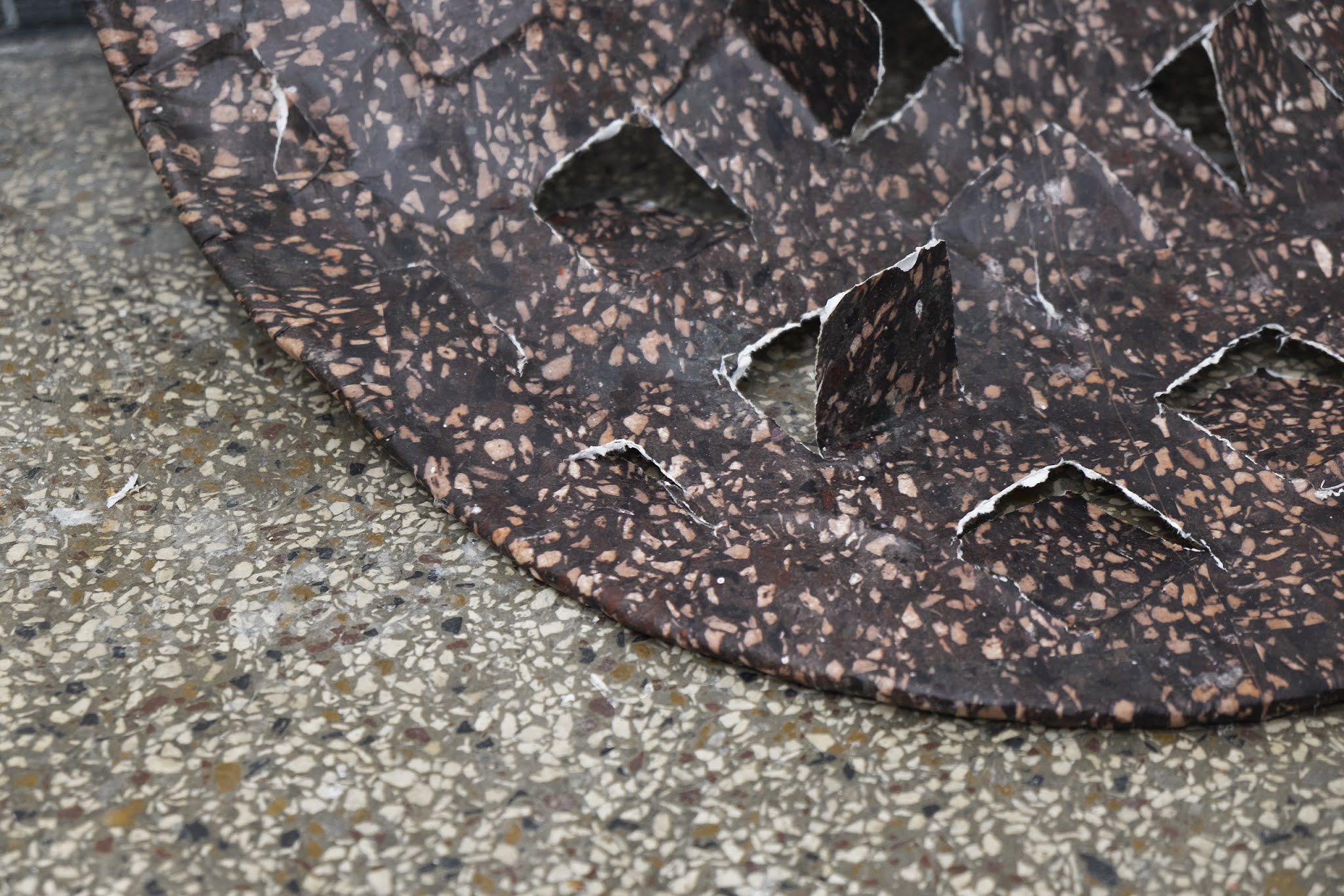 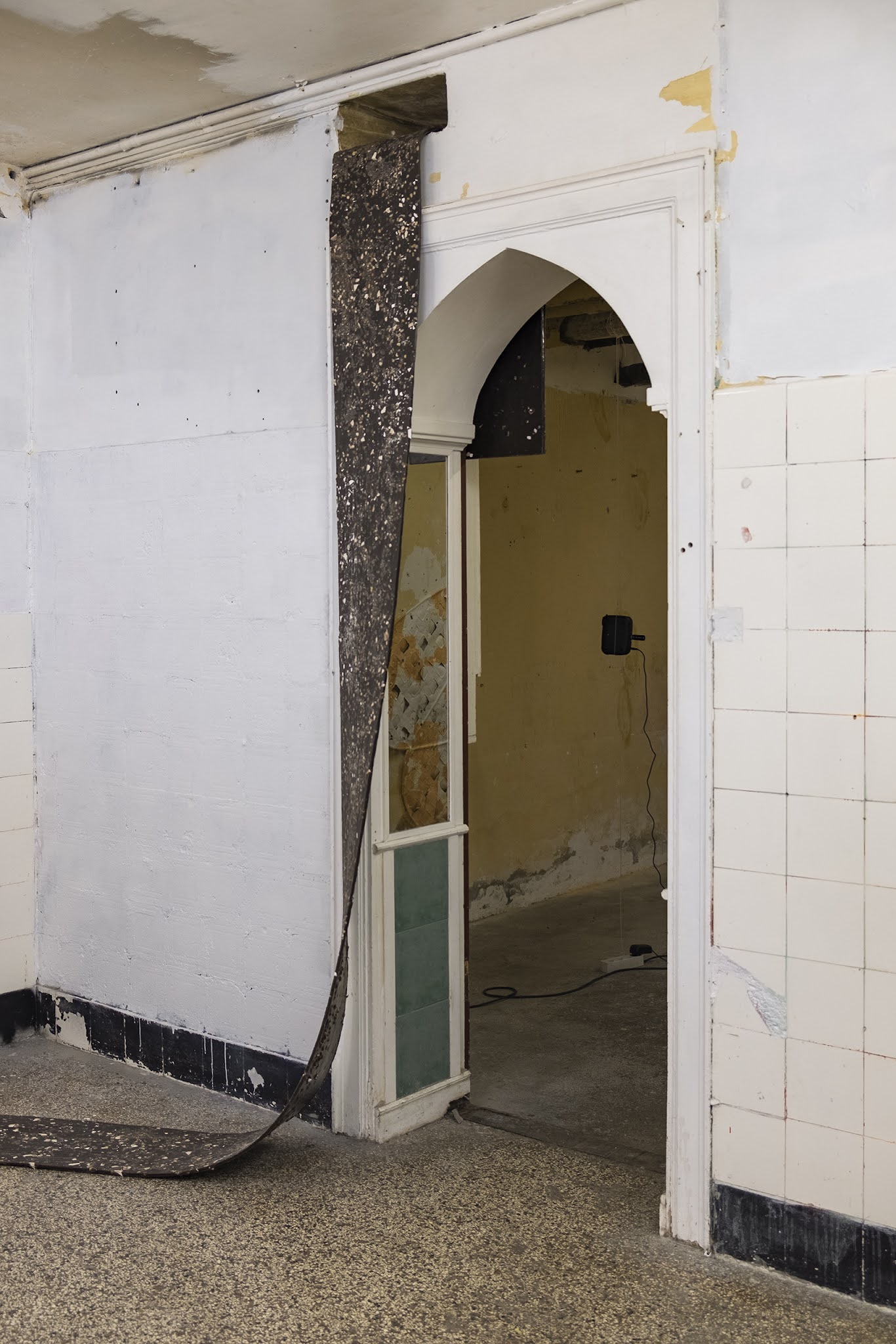 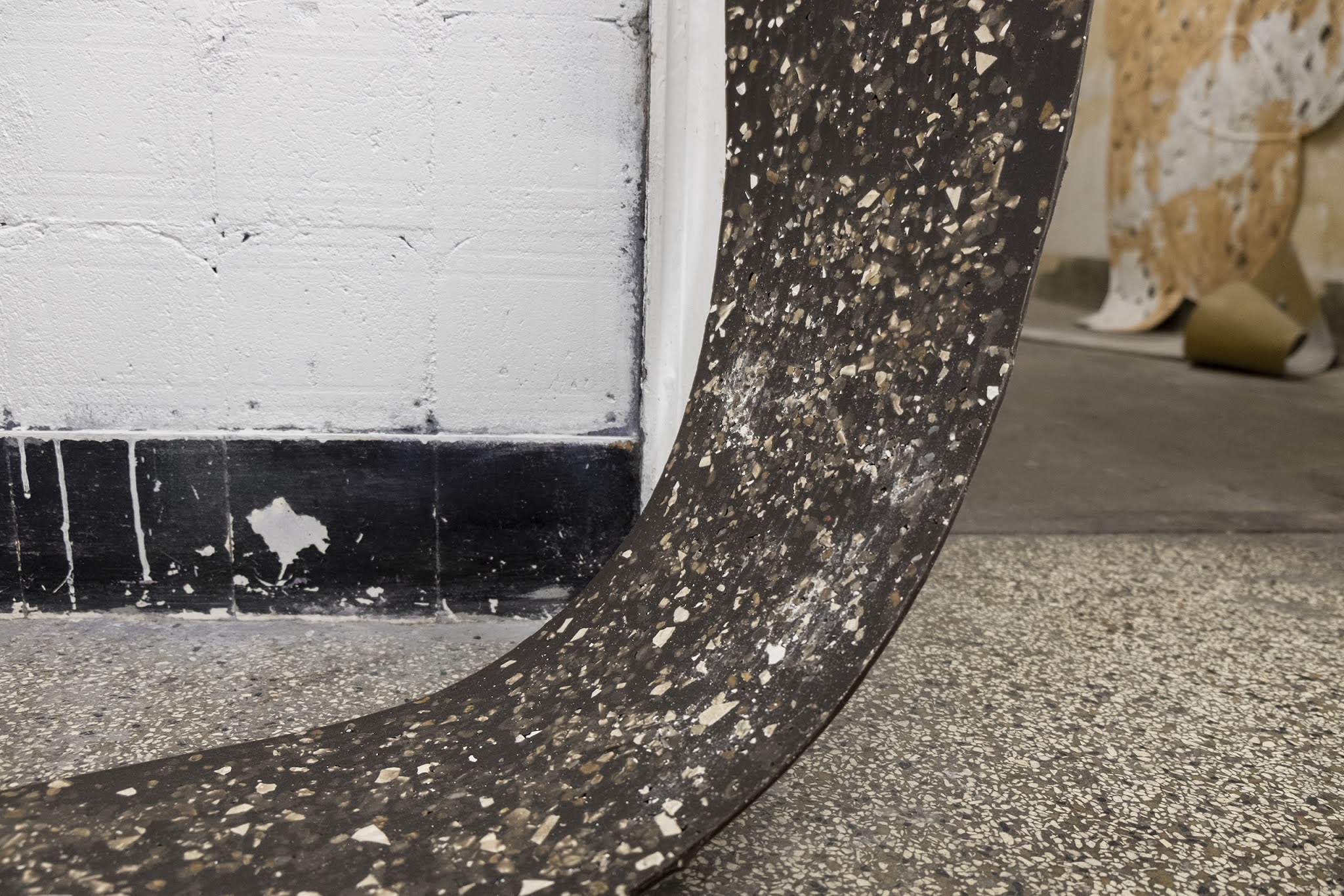 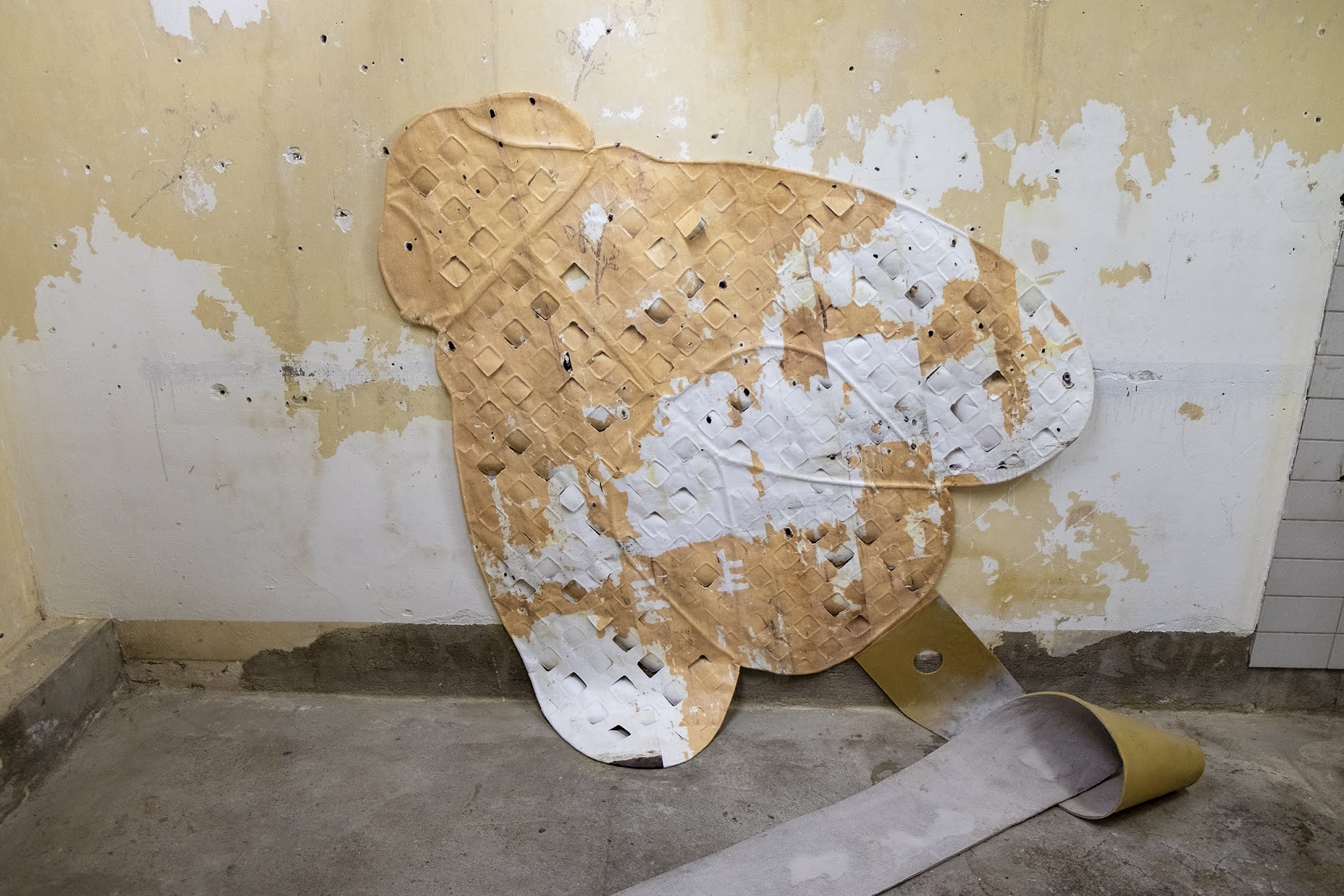 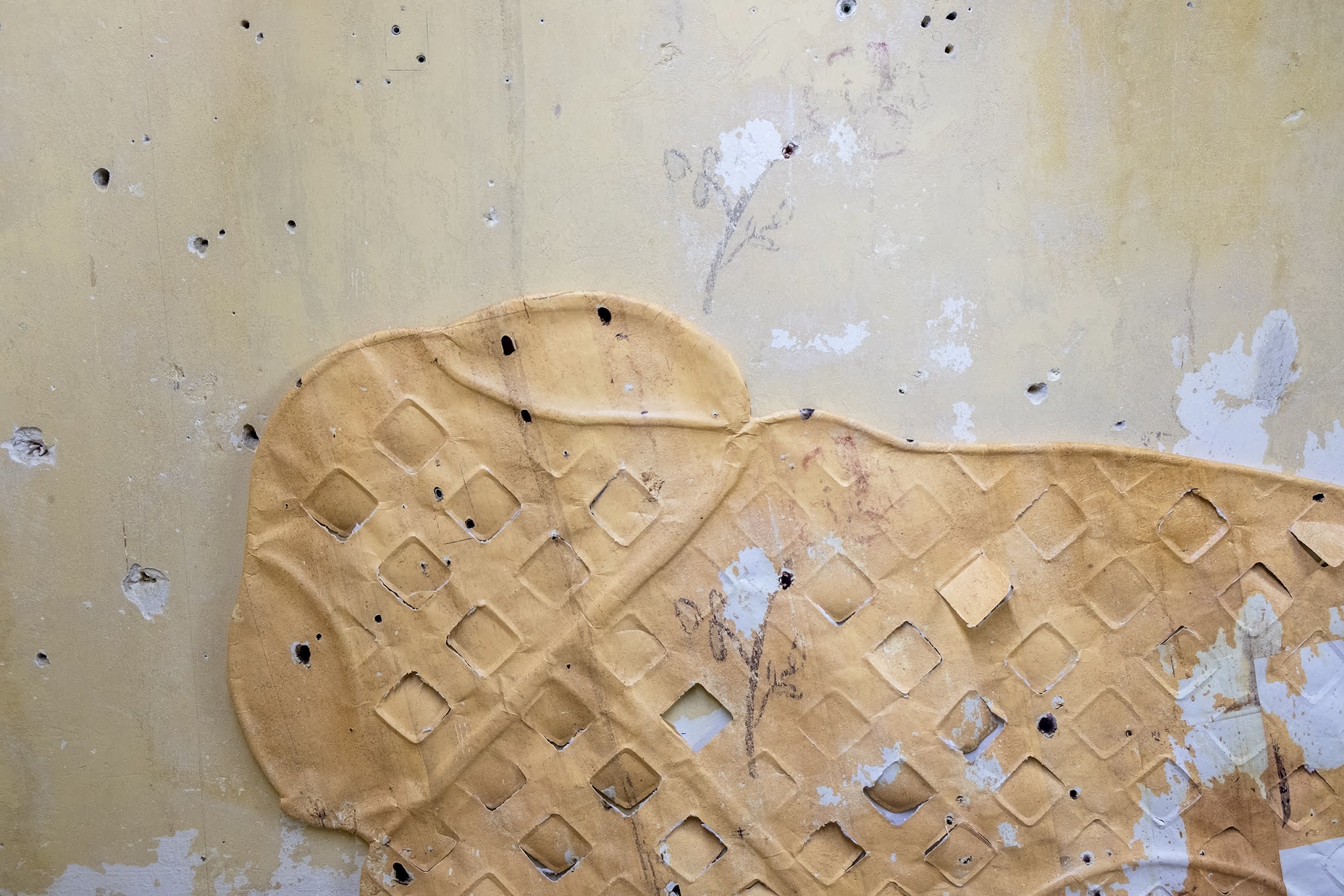 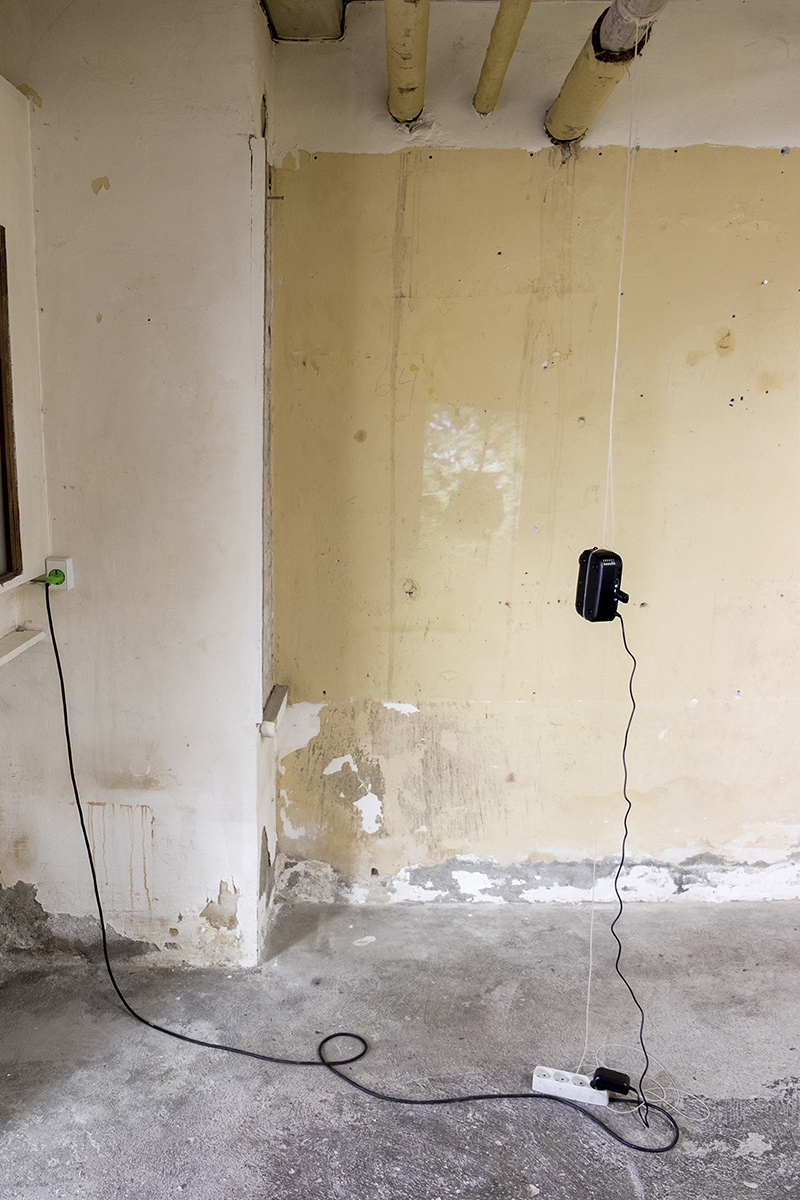 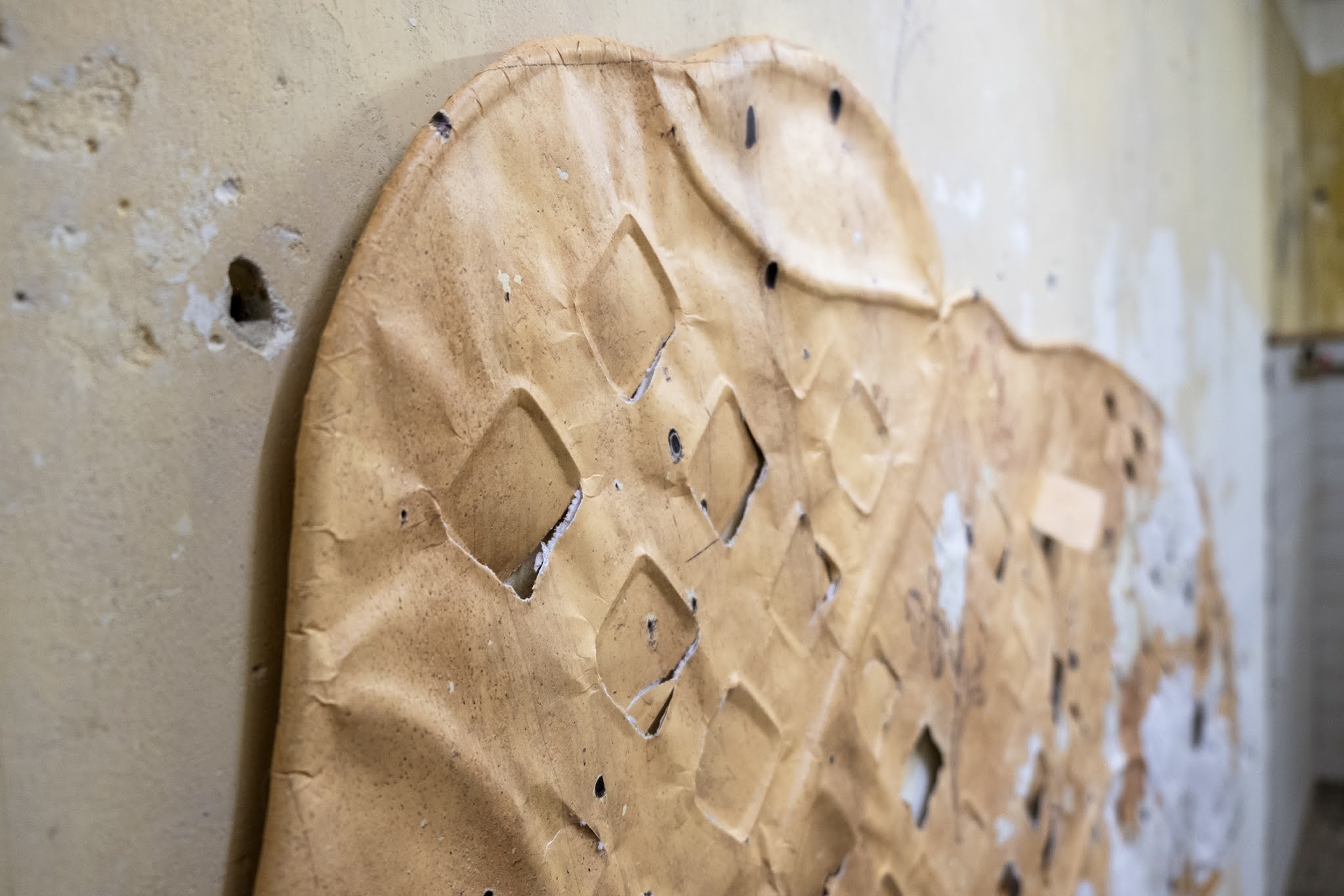 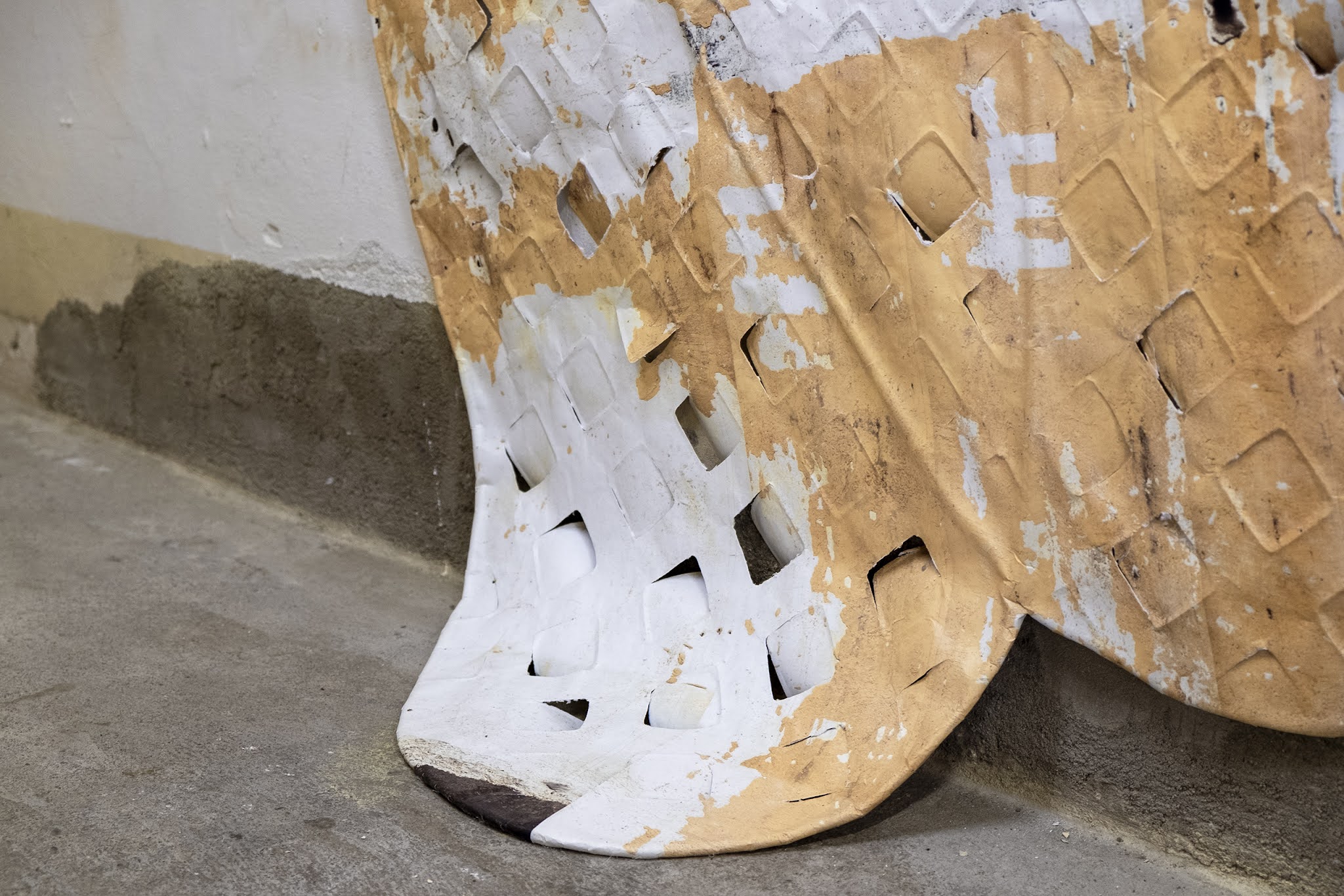 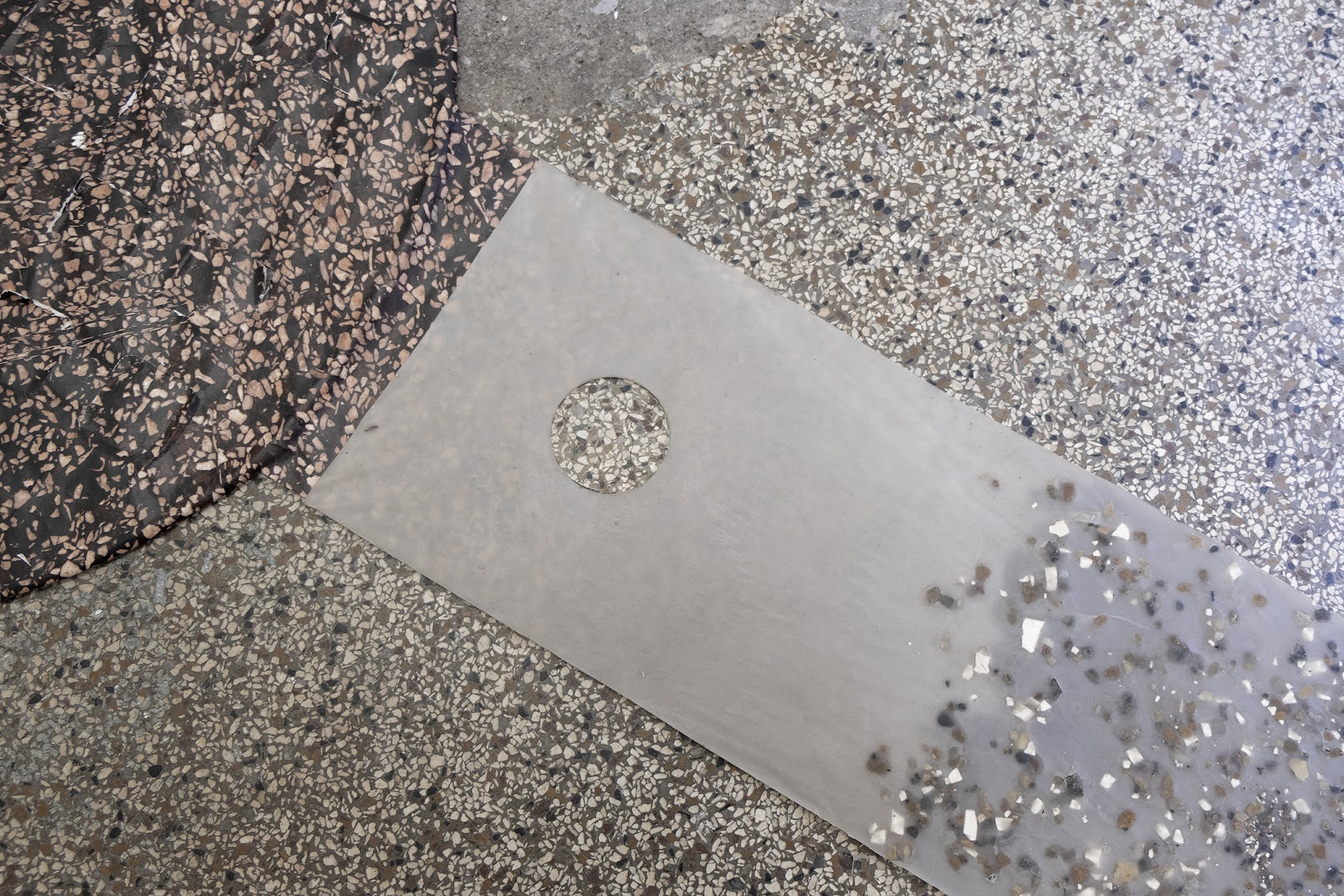 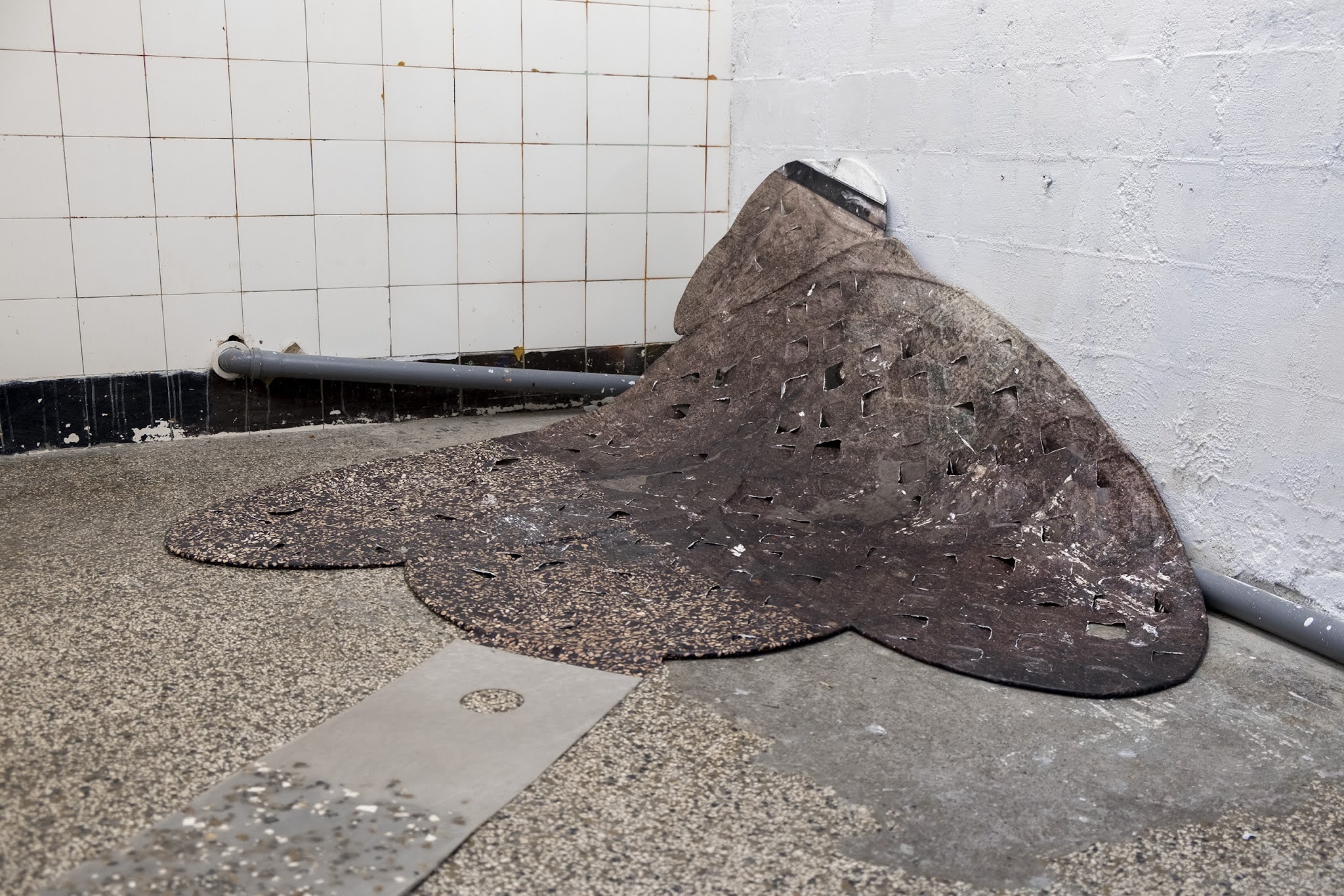 Lying in bed at night, kept awake by the irritating sound of a fly. The fly becomes a hook: No matter how hard I try to ignore it, its buzzing is like a trap from which my consciousness cannot escape. The uncontrollable swirling spot demands my constant reorientation, an incessantly changing reference point, reflecting my own restlessness. Swat.

While having to be sufficiently air permeable to hit a fast-moving target by surprise, a fly swatter has to be also elastic enough to not stain the wallpaper when crushing the fly.

A fly swatter in the shape of a fly is a kill by simplified illustration of the target. It seems to be an object that points towards something more than just the naive design of an everyday weapon. It works like a lens through which an unsteady relationship between signifier and signified becomes visible.

In Eyestripe Sleeve, the over-dimensional fly swatters aim to disappear into the exhibition space, while the room seems to escape its own narration through shifting and doubling. Sliding off from the wall or leaning against it, the flies become camouflage characters that seize the space, as much as they‘re slowly dying into it. A life-size scan, placed onto its point of departure, blurs both copy and original, making them appear in double dissonance.

All the traces, remains and side-products of previous exhibitions and activities – screw holes, spots and marks – are caught and compressed into flat bodies. The shift in the transcript of the space generates a distance to what is actually there or seen, similar to a certain gap that language opens, where the meaning of words slips and is never completely congruent with what they actually describe.

The grid-like structures function like a punctured protection sleeve that opens up the image towards the material. Its perforations filter, frame, or cover sight, similar to an eyepatch.

A fly turns every object it lands on to its carrier, the same way as images make the surfaces they are placed on to their background. The unnerving fly’s fly, the incessant switch of location, messes with our own positioning in relation to its changing scenery.

The video installation Cable Car (2021) is a ballet between a Cable Cars‘ shadow and its forest backdrop. Its flickering ghost-like silhouette is once more doubled, but just seemingly confused with the projection device dangling in front of the passing by tree tops.