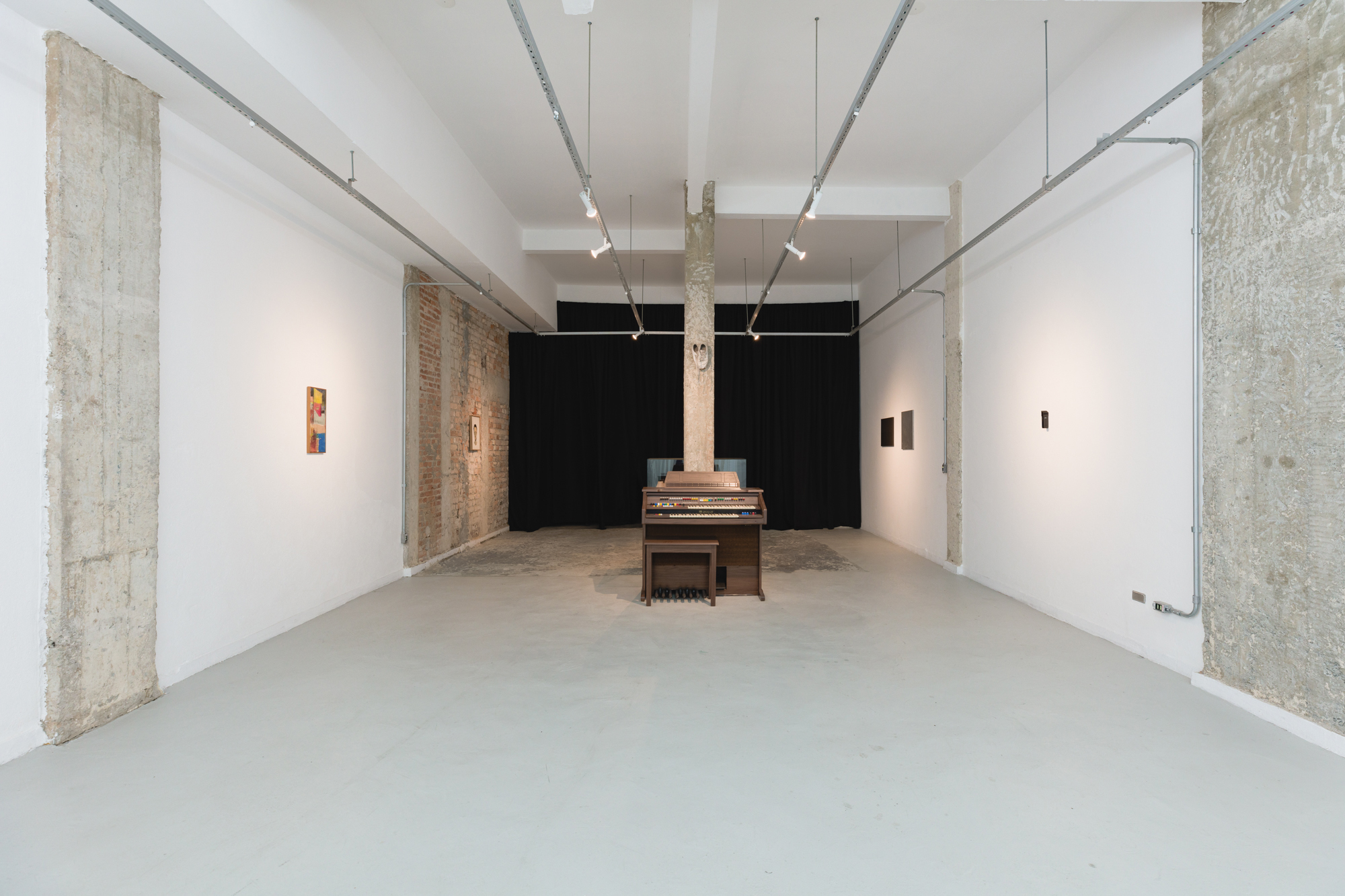 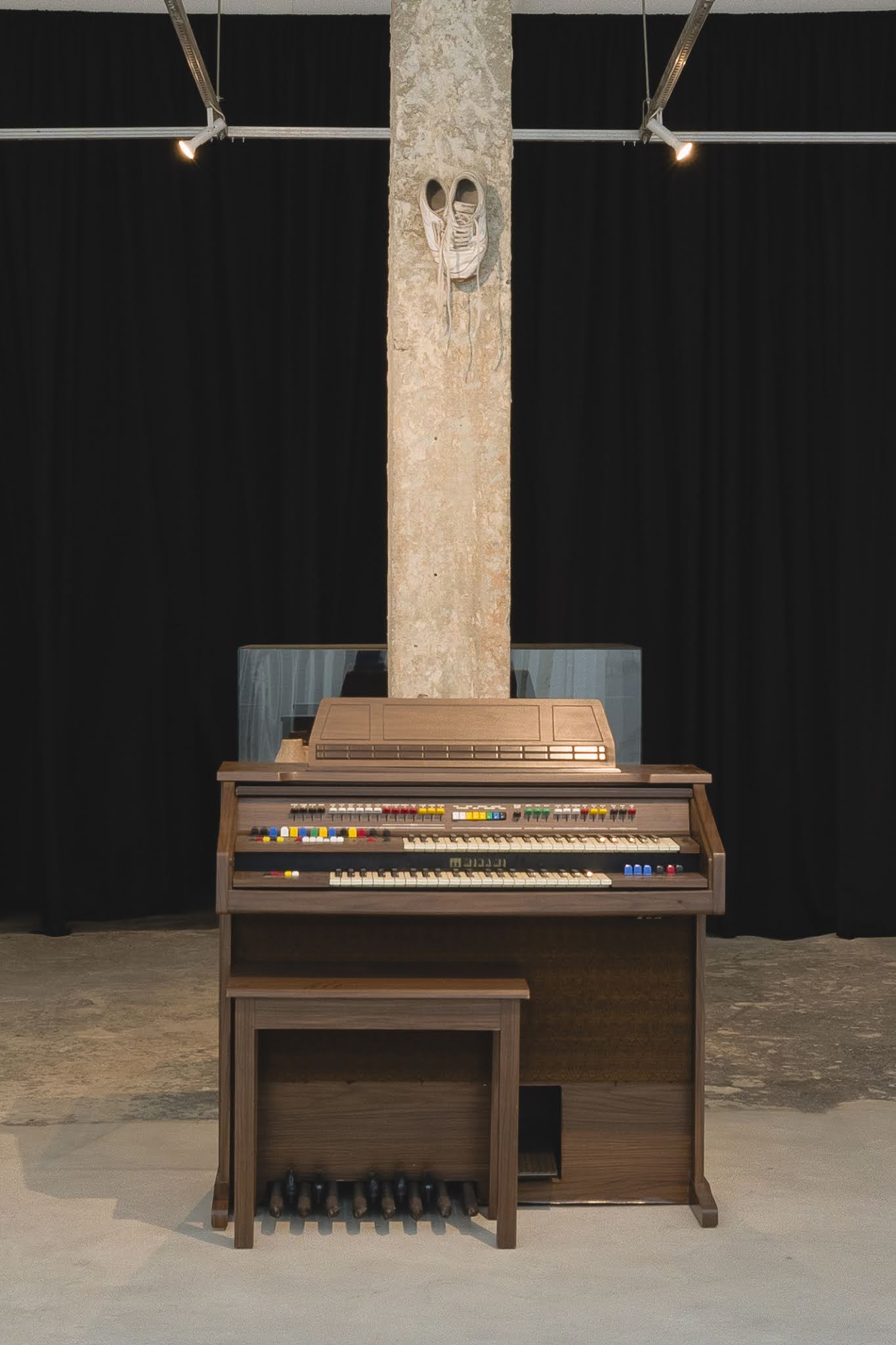 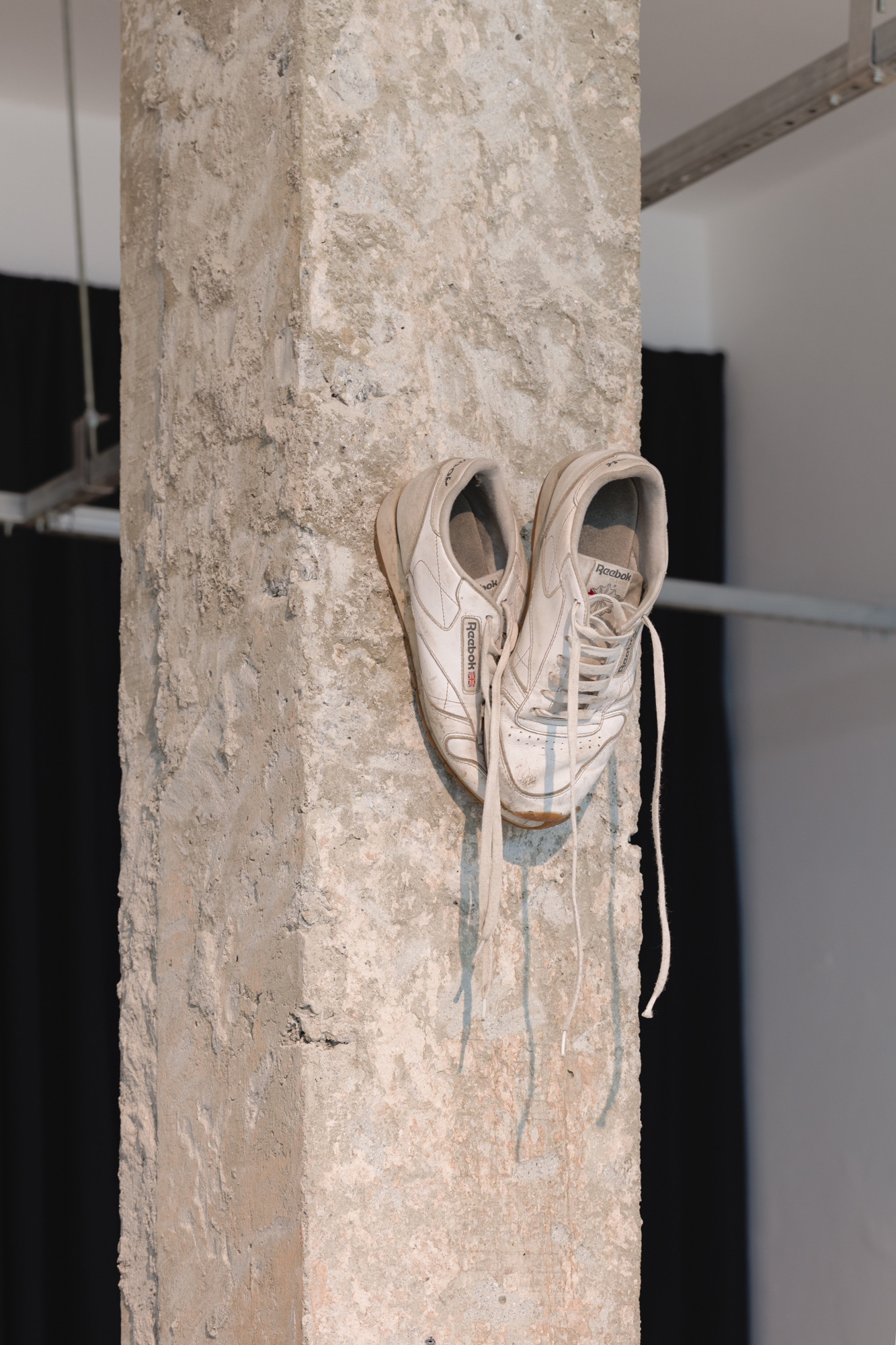 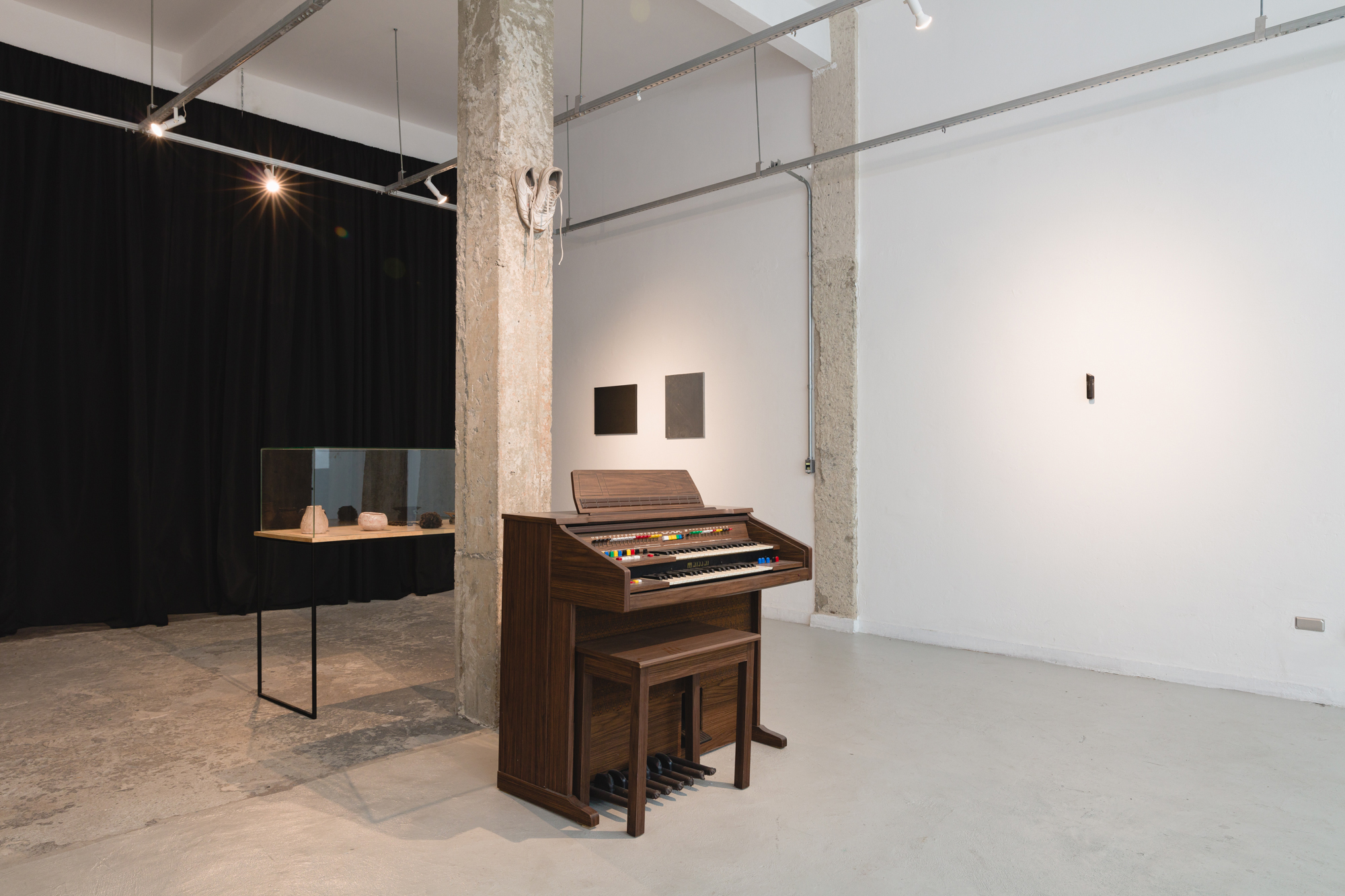 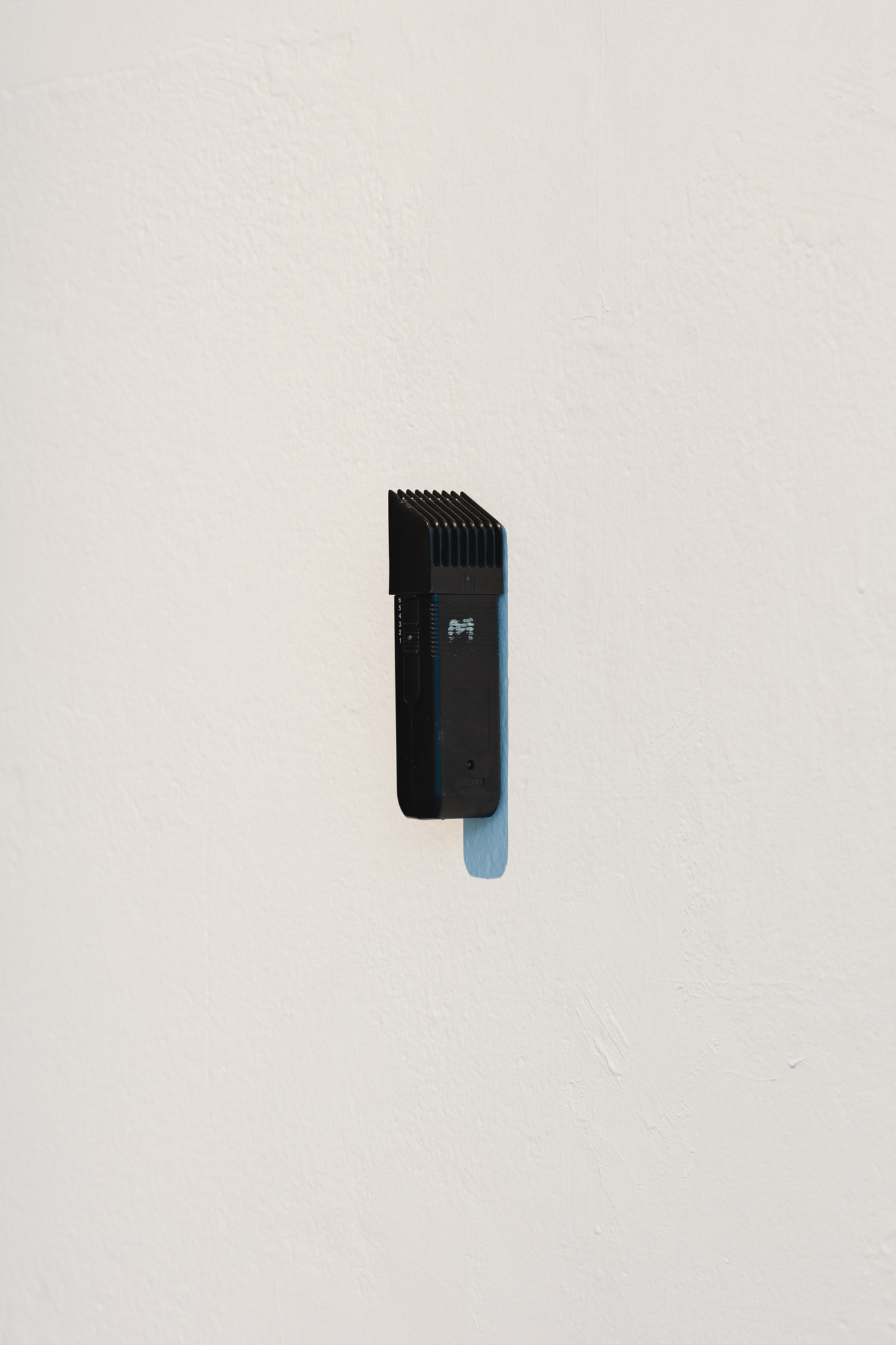 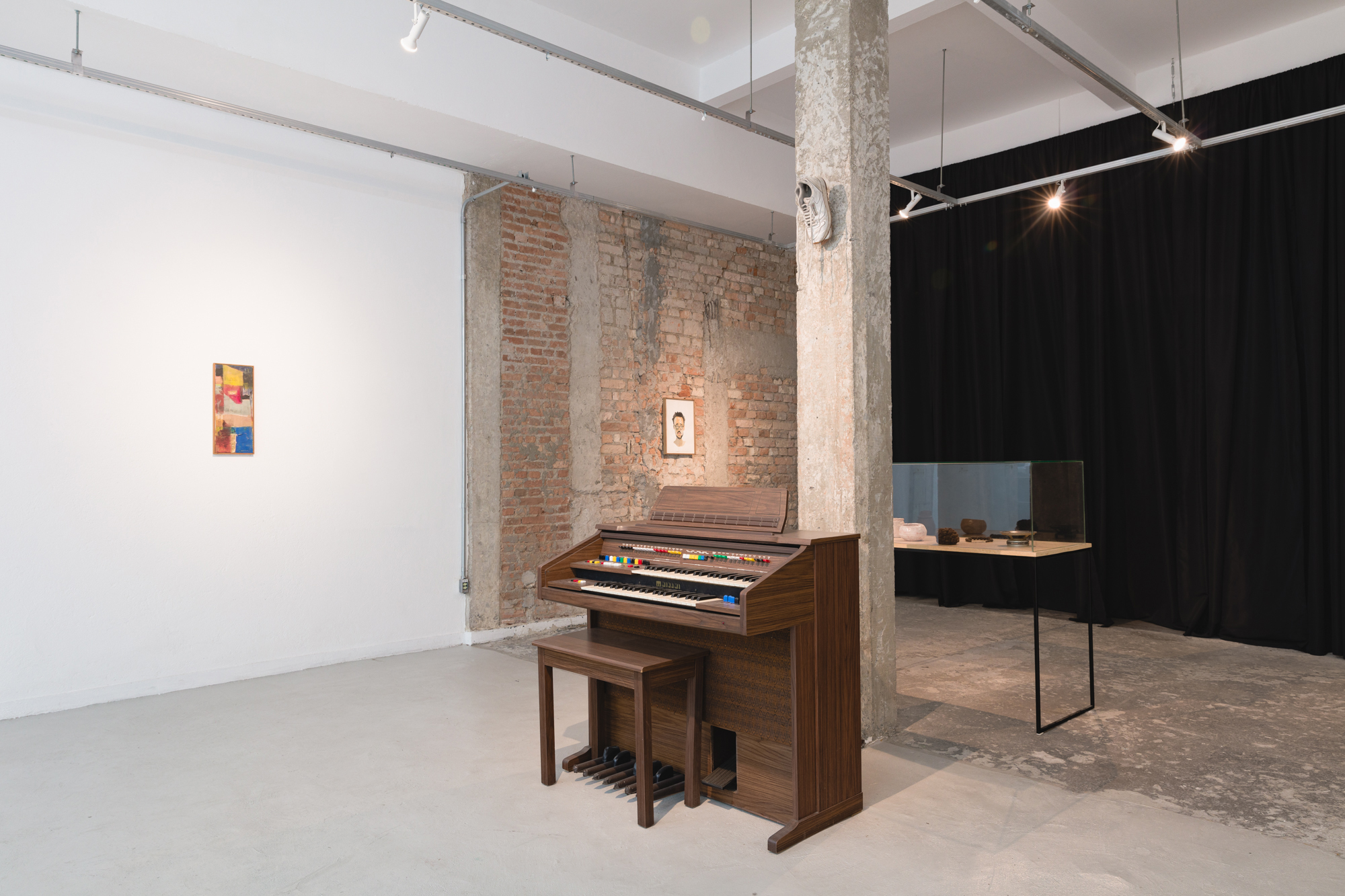 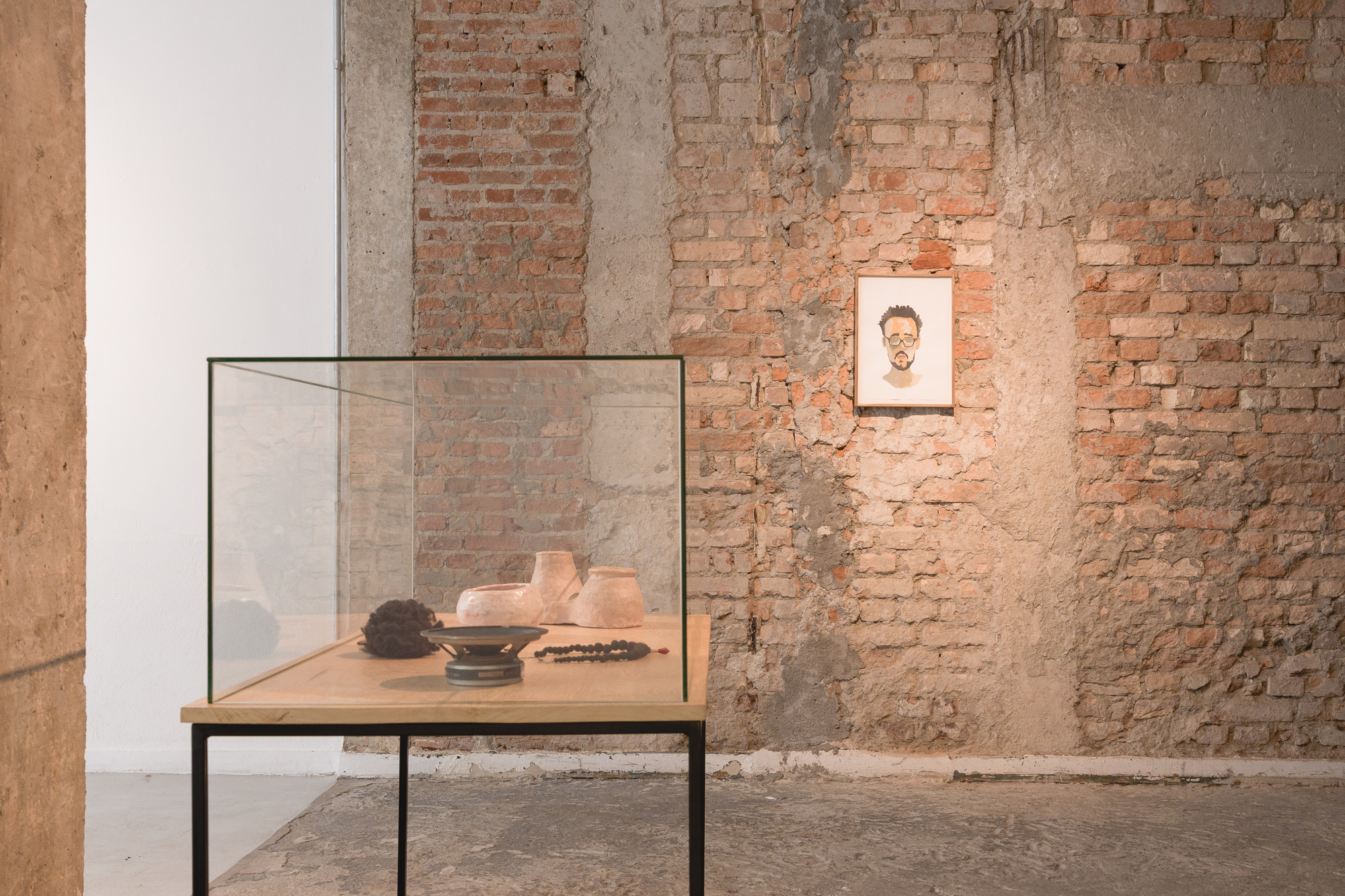 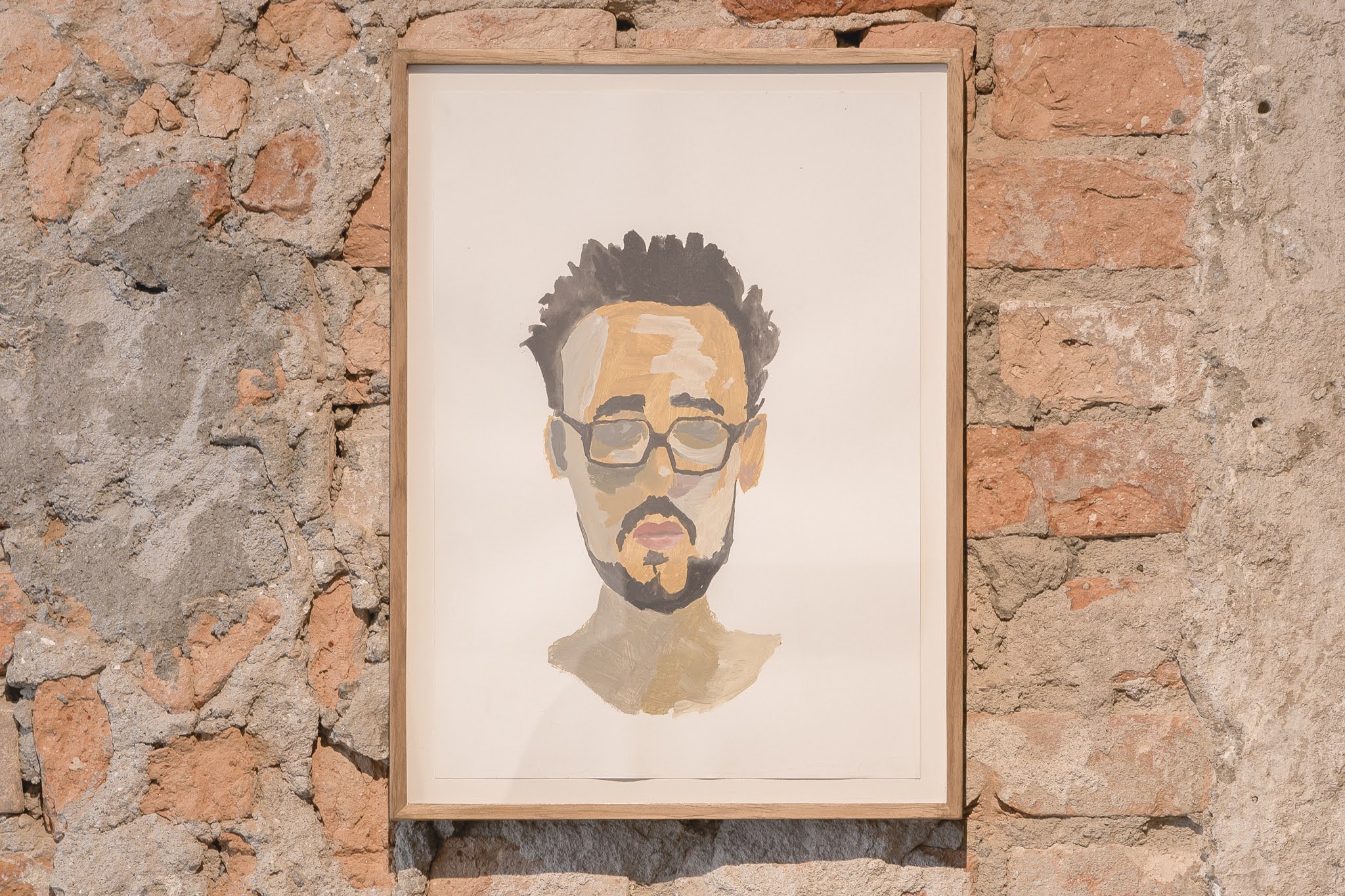 Self-portrait, acrylic and gouache on paper, 2019 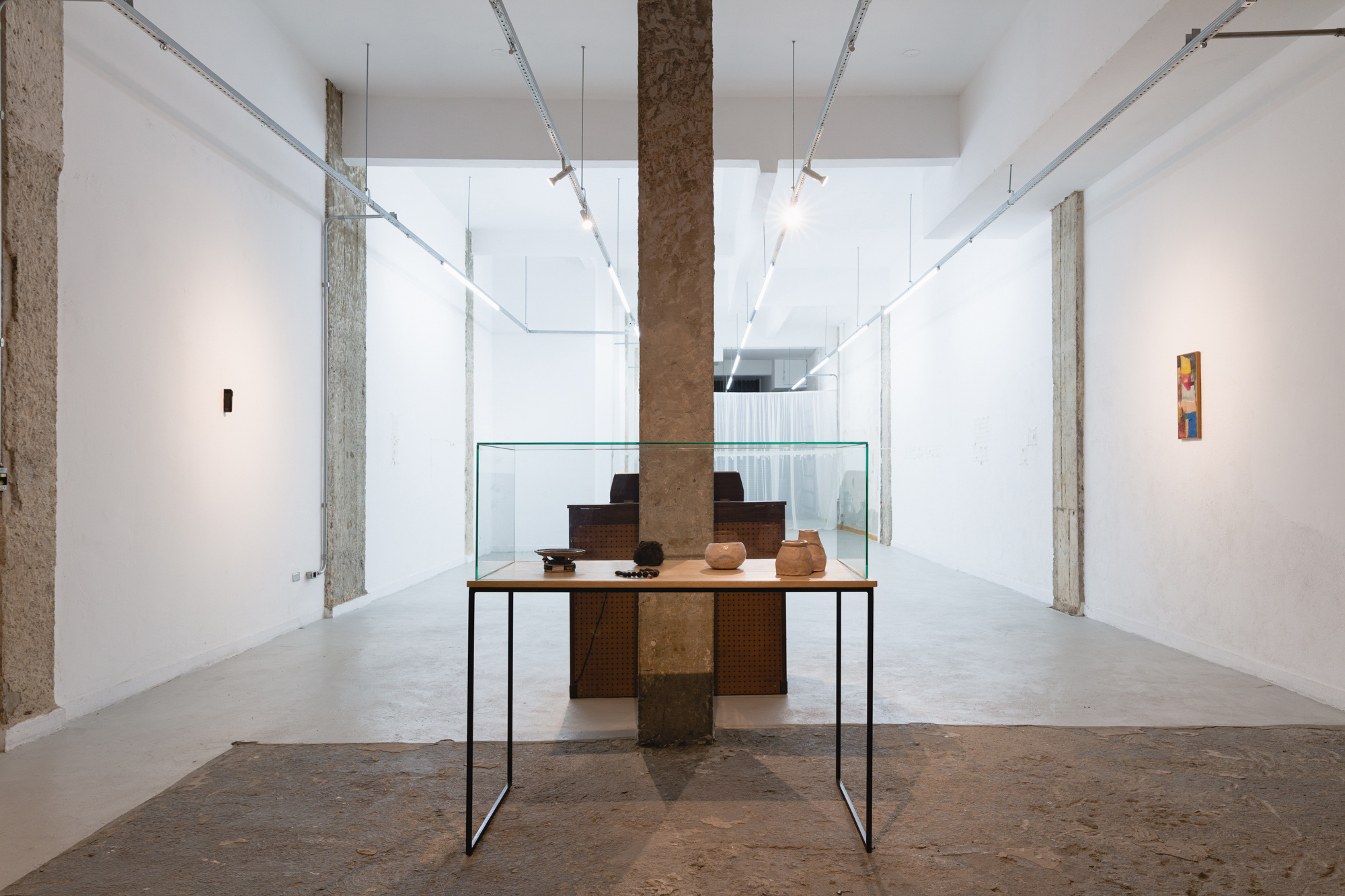 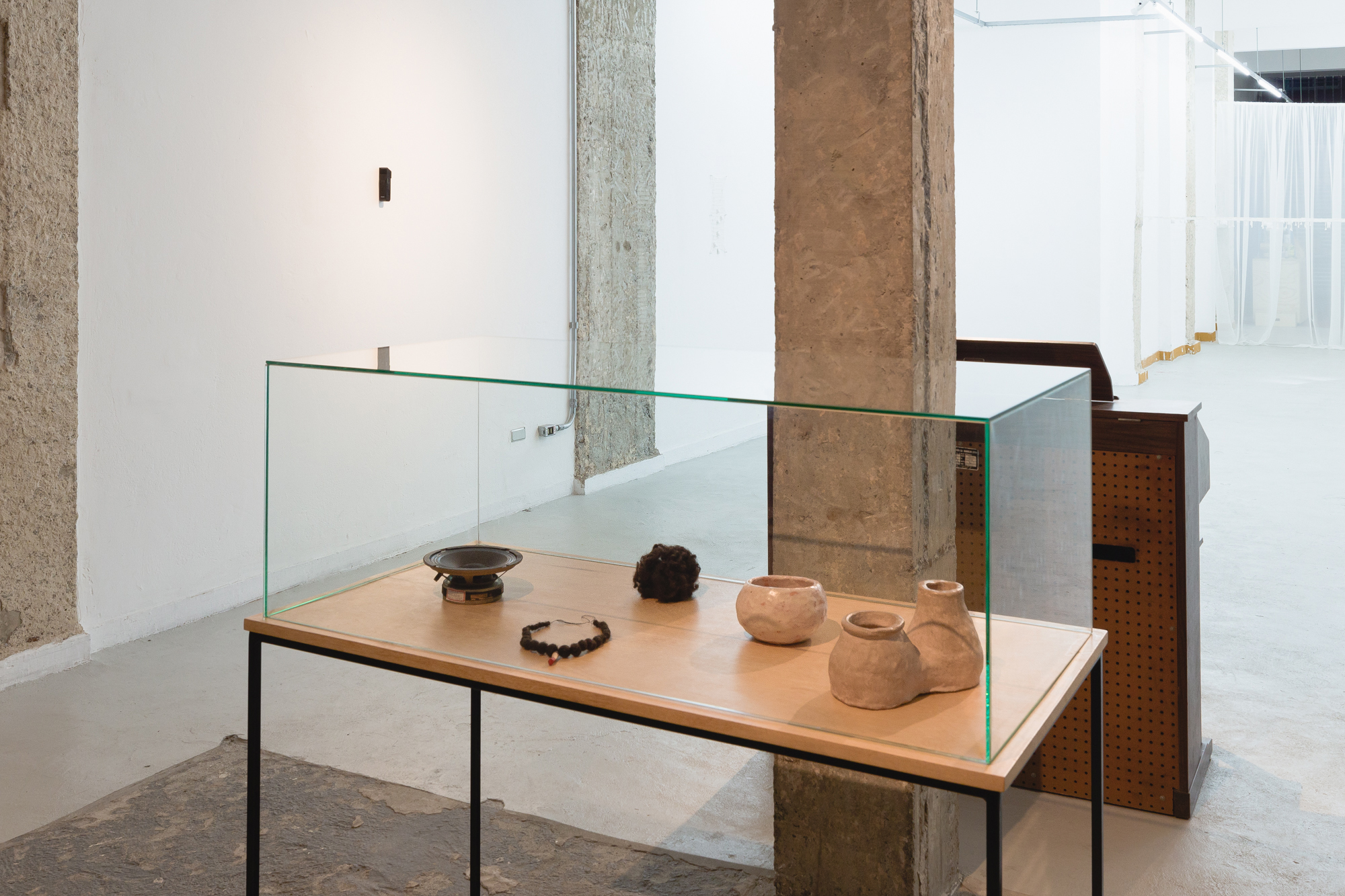 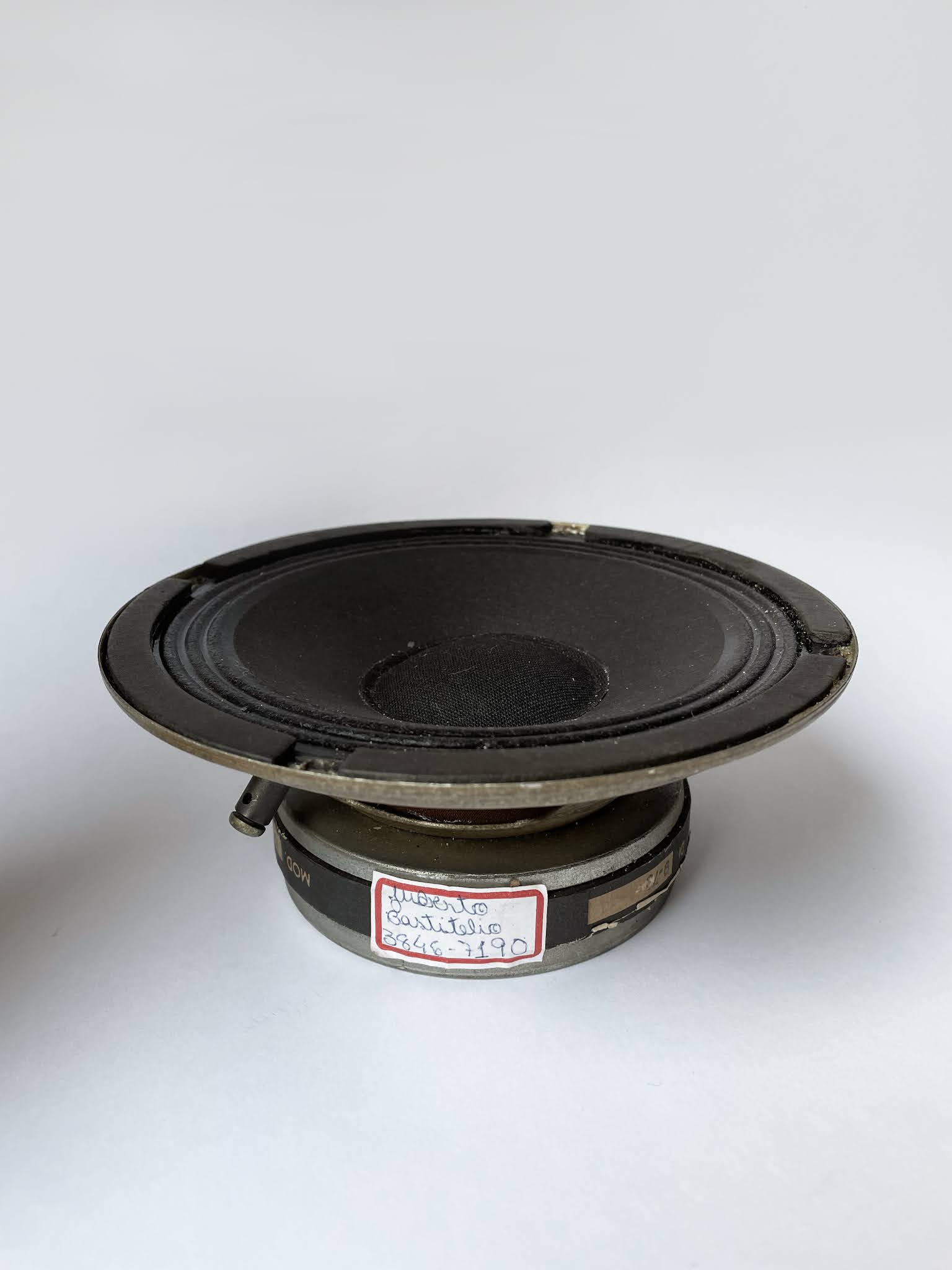 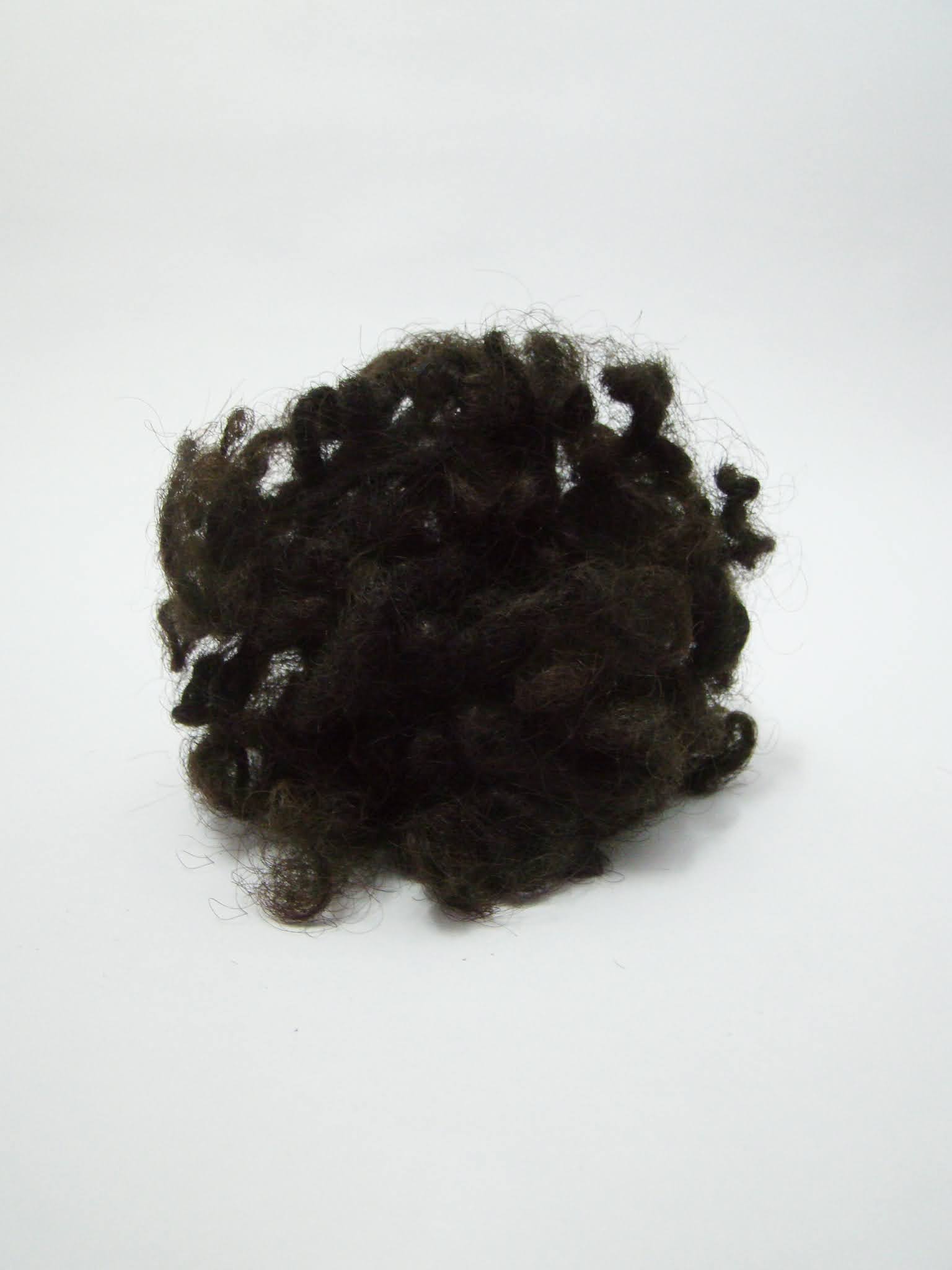 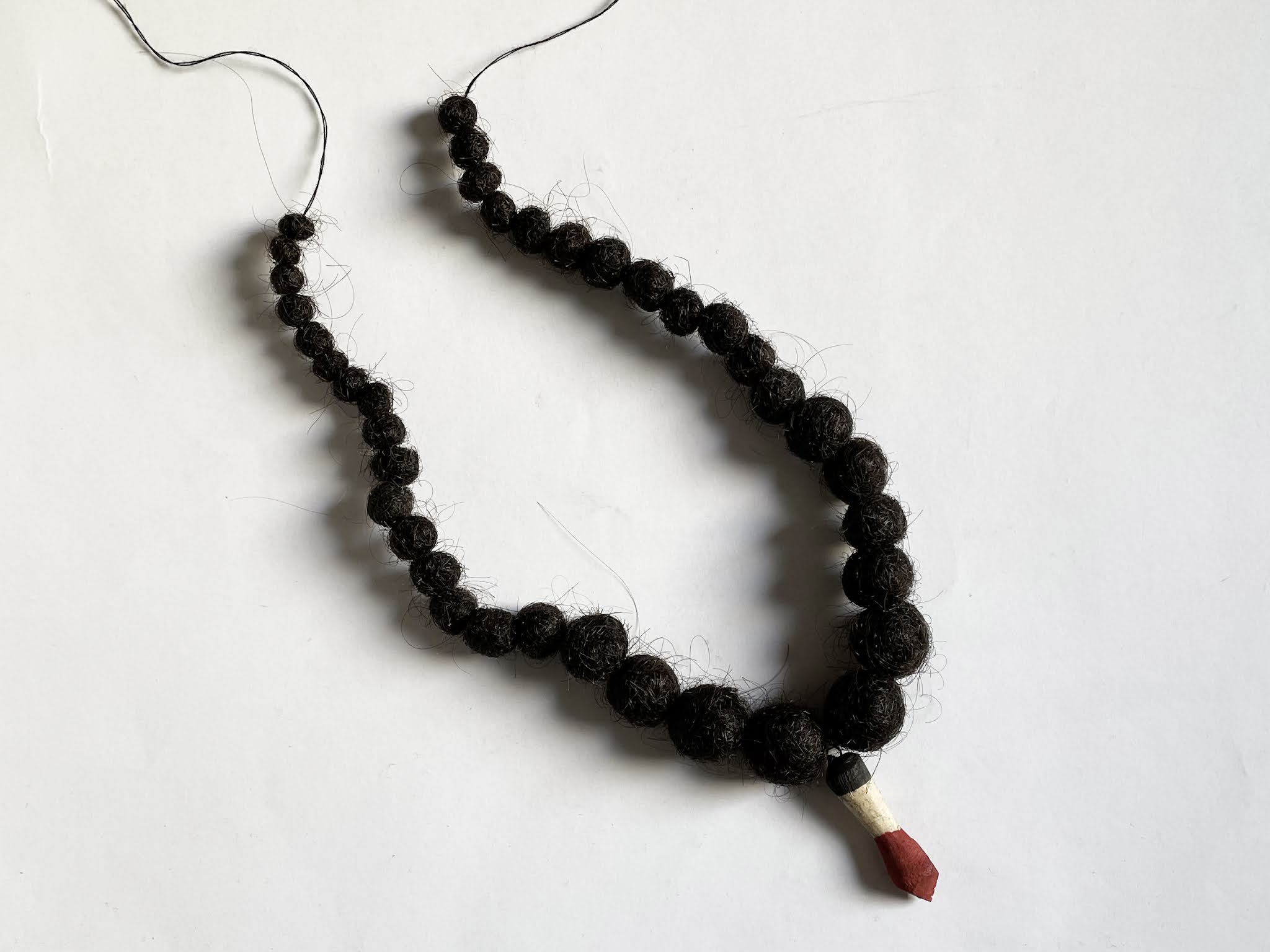 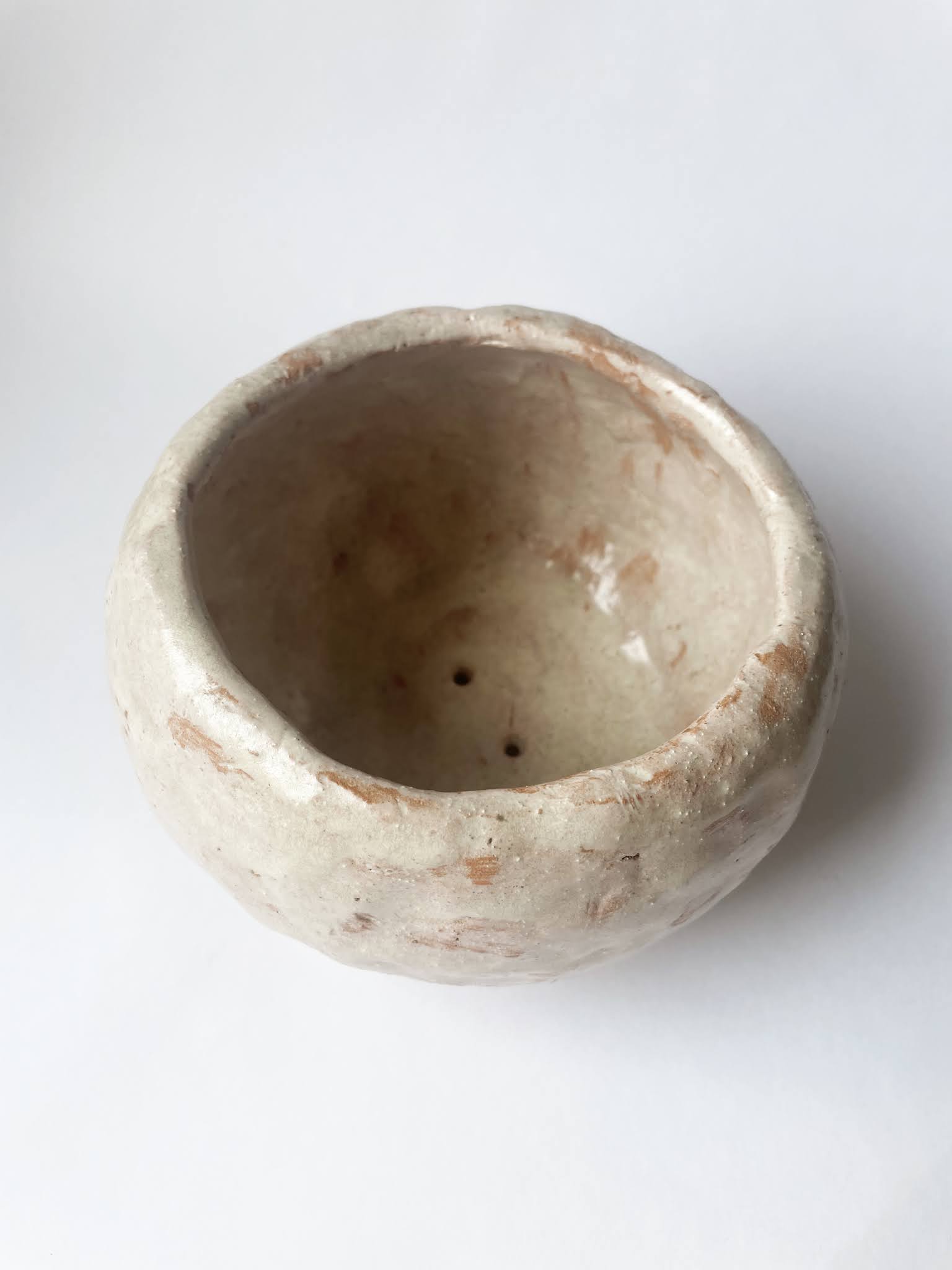 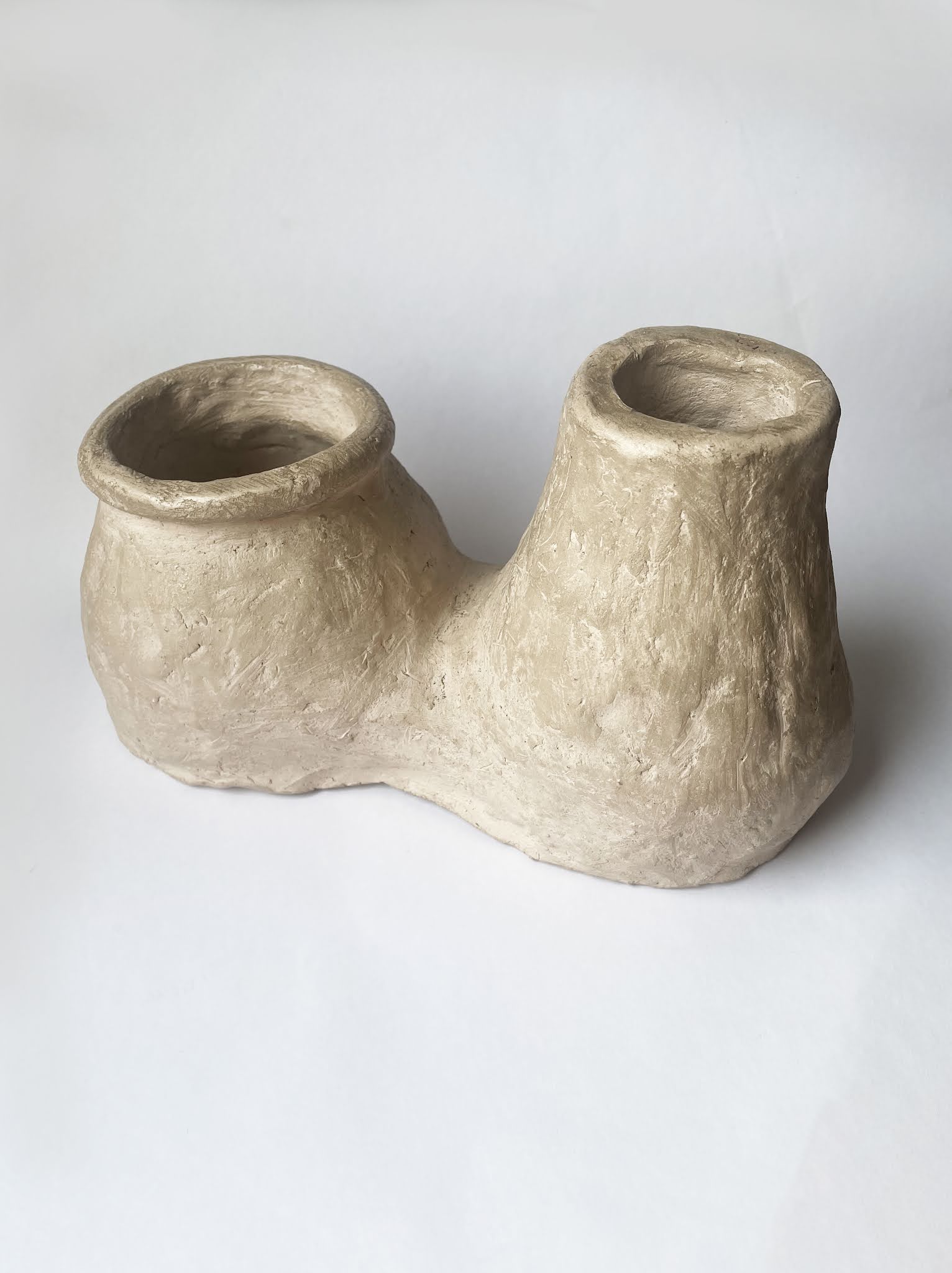 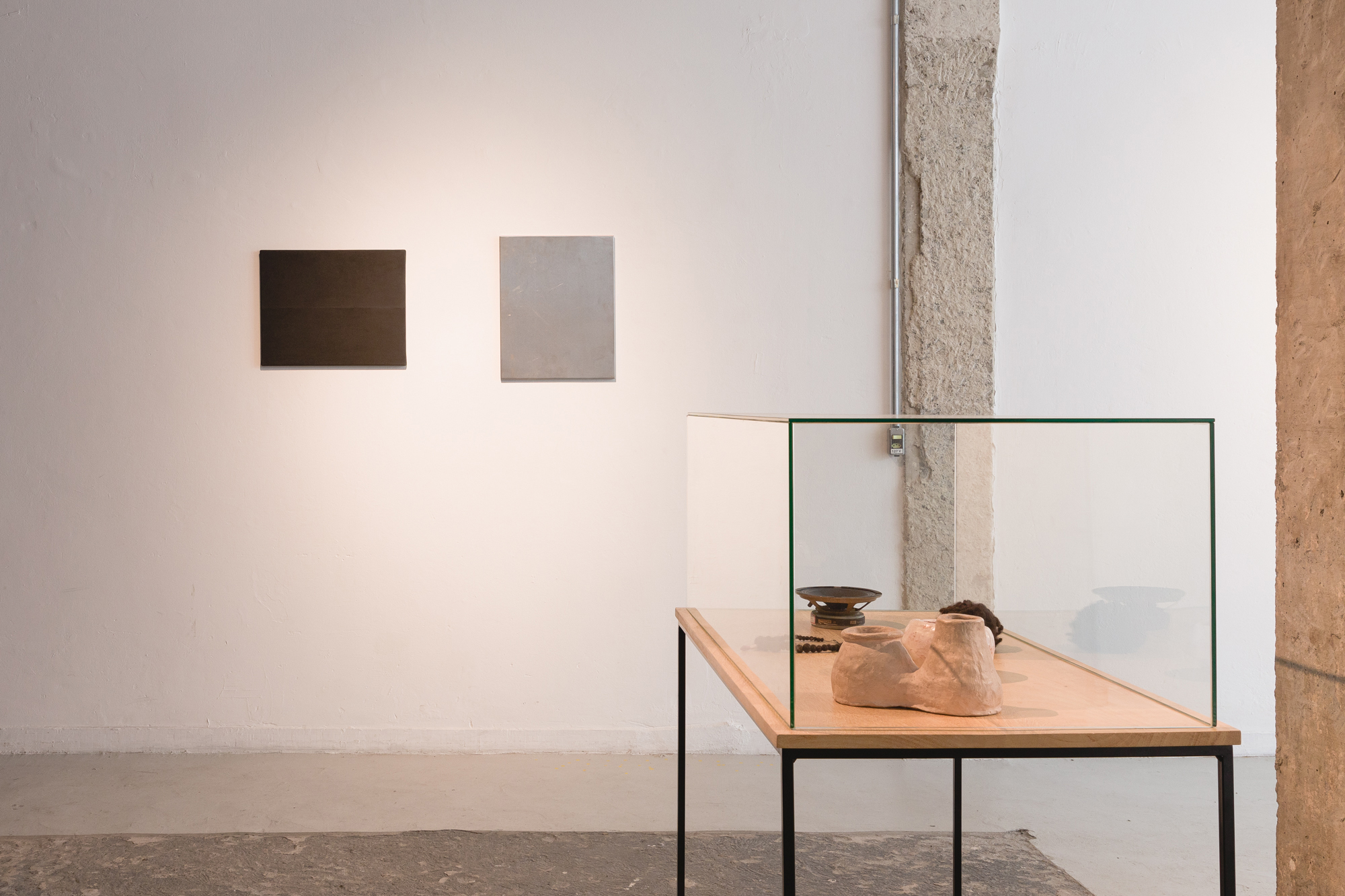 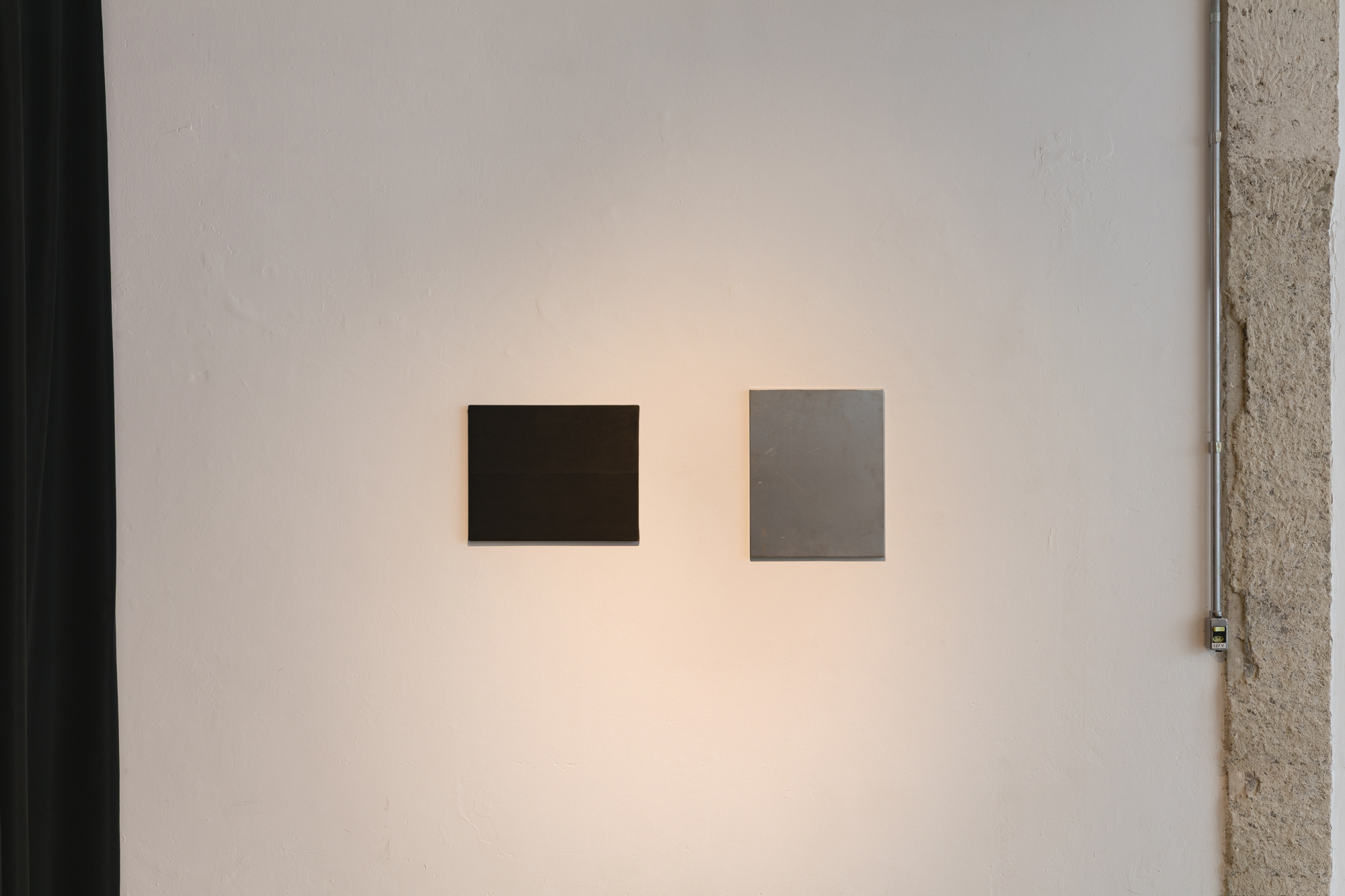 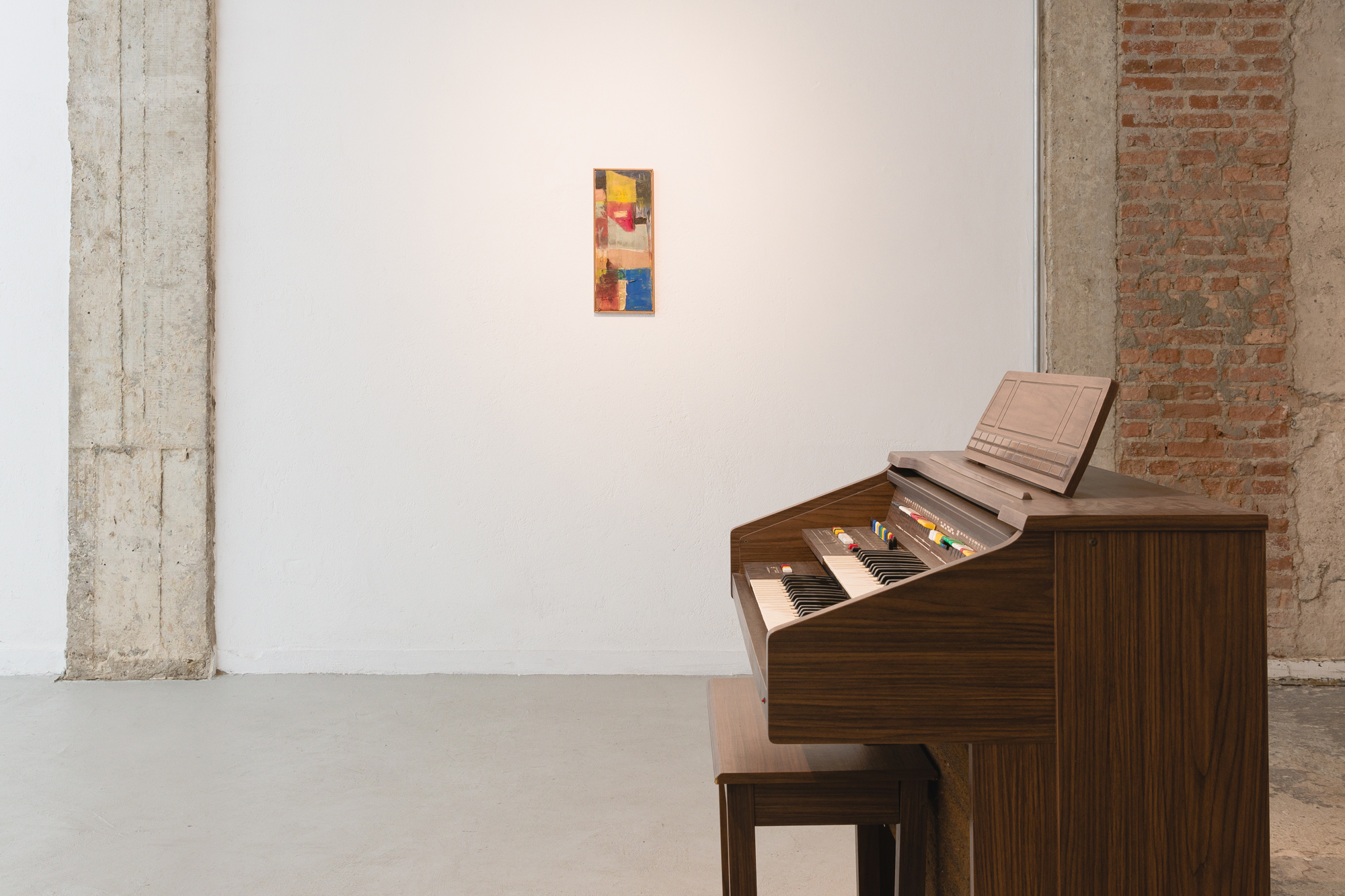 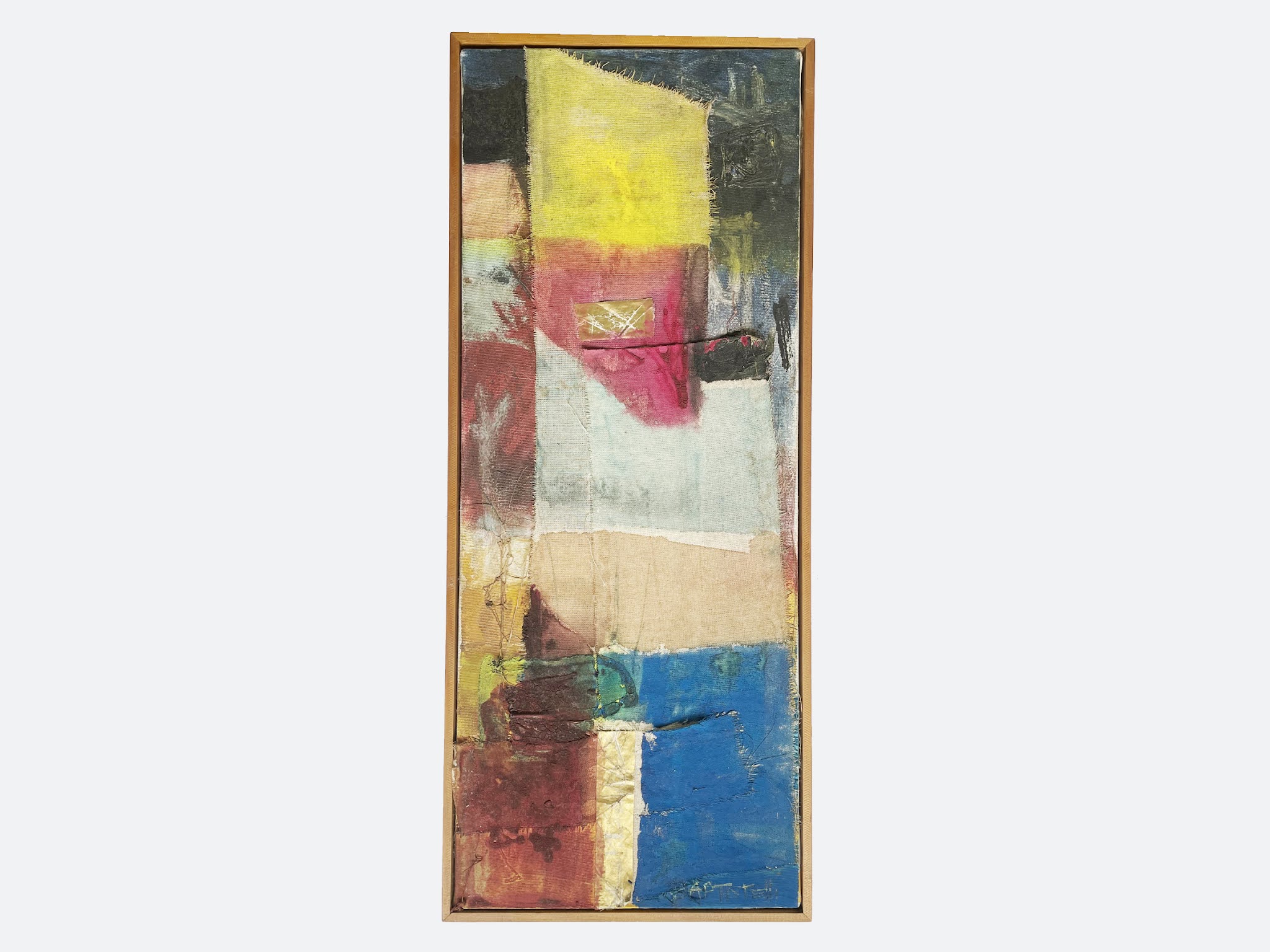 Untitled, collage and acrylic, circa 2004

All images courtesy and copyright of Bruno Baptistelli and GDA. Photos by Ana Pigosso.

‘Other’ is an exhibition that reflects on the return of the artist Bruno Baptistelli to Brazil in 2019 and the construction of his subjectivity.

After 15 years living in different places, being 3 and a half years of these in Budapest, the artist returns to the house where he spent his Childhood and youth.

From the encounter and re-encounter of objects in this home, Baptistelli proposes us to think about the private and public dimensions of these.

For the Other, by Bruno Baptistelli

A wooden organ is next to a column and just above it, standing like a crucifix, we see a pair of well-worn sneakers. They are Reeboks - not Nikes. The composition provokes a feeling of estrangement, something between solemnity and humour. On the left wall, there is a collage on the organ, and on the right, a hair clipper.

On the opposite side of the column there is a table, and, grouped altogether, we see two pieces of pottery, a ball of cut hair and an amulet necklace that appears to have been made of the same material; and finally, a loudspeaker.

The speaker has a label where we read ‘Bastitelio’. A glass dome protects the elements and restores the solemn air, proposing another scale of meaning, which breaks with the appearance of simple, everyday personal objects. A self-portrait of the artist on the peeling wall faces a black monochrome painting and a metal plate.

All of these objects-artworks compose Other, by Bruno Baptistelli. When he mentioned to me how he would name the exhibition, I felt a discomfort - I couldn’t understand why. Maybe because of the well-worn use of the term in critical theories repulsed me. A few days later, he showed me an article by Neusa Santos Souza, where we read at the beginning: “According to common sense, the foreigner is the other. The other that affirms itself in many ways, another country, another place, another language, another way of being in life, to flow, to enjoy. The foreigner is the other to the familiar, the strange, the known, the unknown, the other of that which is close and far, the one that does not belong”.

The first time we ran into each other was at an airport. A few months later, in a “foreign” city, we met again, and little by little the meetings stopped being random and started to forge a closeness. An invitation to a coffee, a beer, a night out. Each of the objects-artworks that make up this exhibition has a history and a relationship to the artist - from the presence of his own hair to the collage and the ceramics made by him at college. The tag with another version of his last name was attached when his father took it for repair. I’ve never seen Bruno wearing other shoes than Reeboks, all my (black) friends have a hair clipper and the organ has been in the family for years.

Can this set work as a realities mediator, placing a dialogue between cross memories, whether of the objects themselves, of the artist or of the visitors? Would a public exhibition of such objects-artworks be an attempt to rebuild (familiar) memories, that, due to distance in time or the paths that life has taken seem foreigners to him?

In any case, what we see is presented as a study and a process of recollection marked by the traces left by these objects, that exceed the meanings previously received and that access other forms of existence.