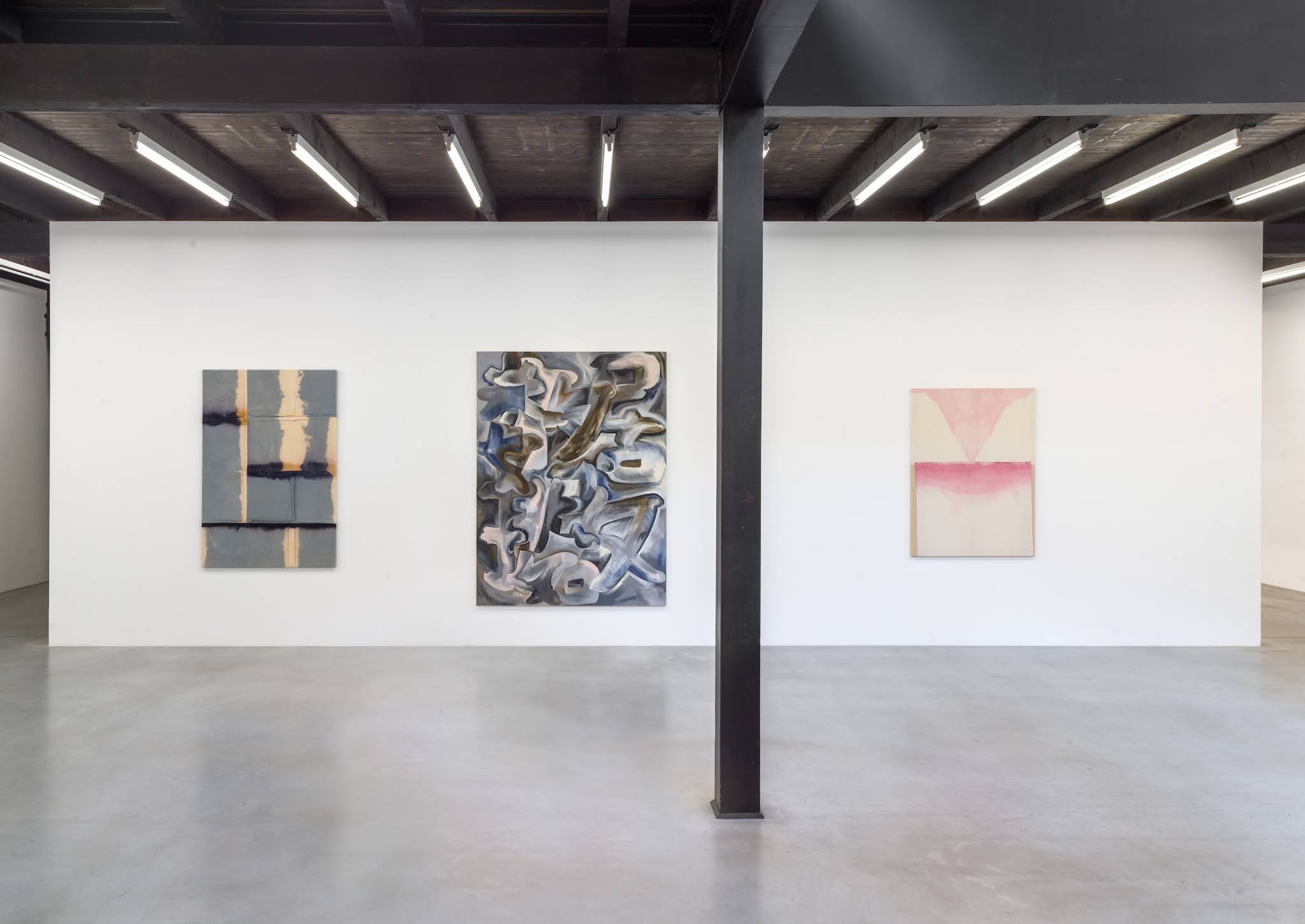 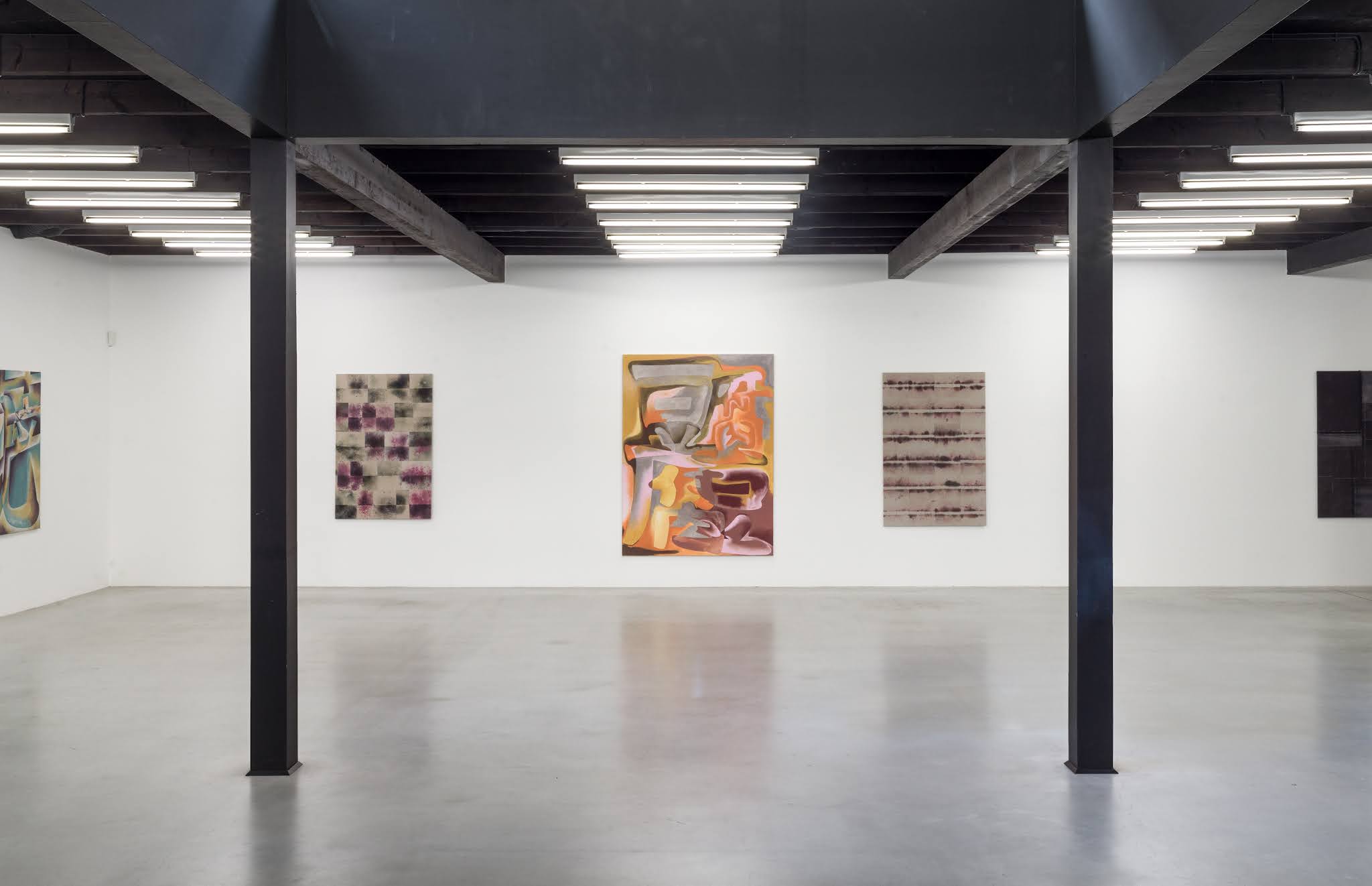 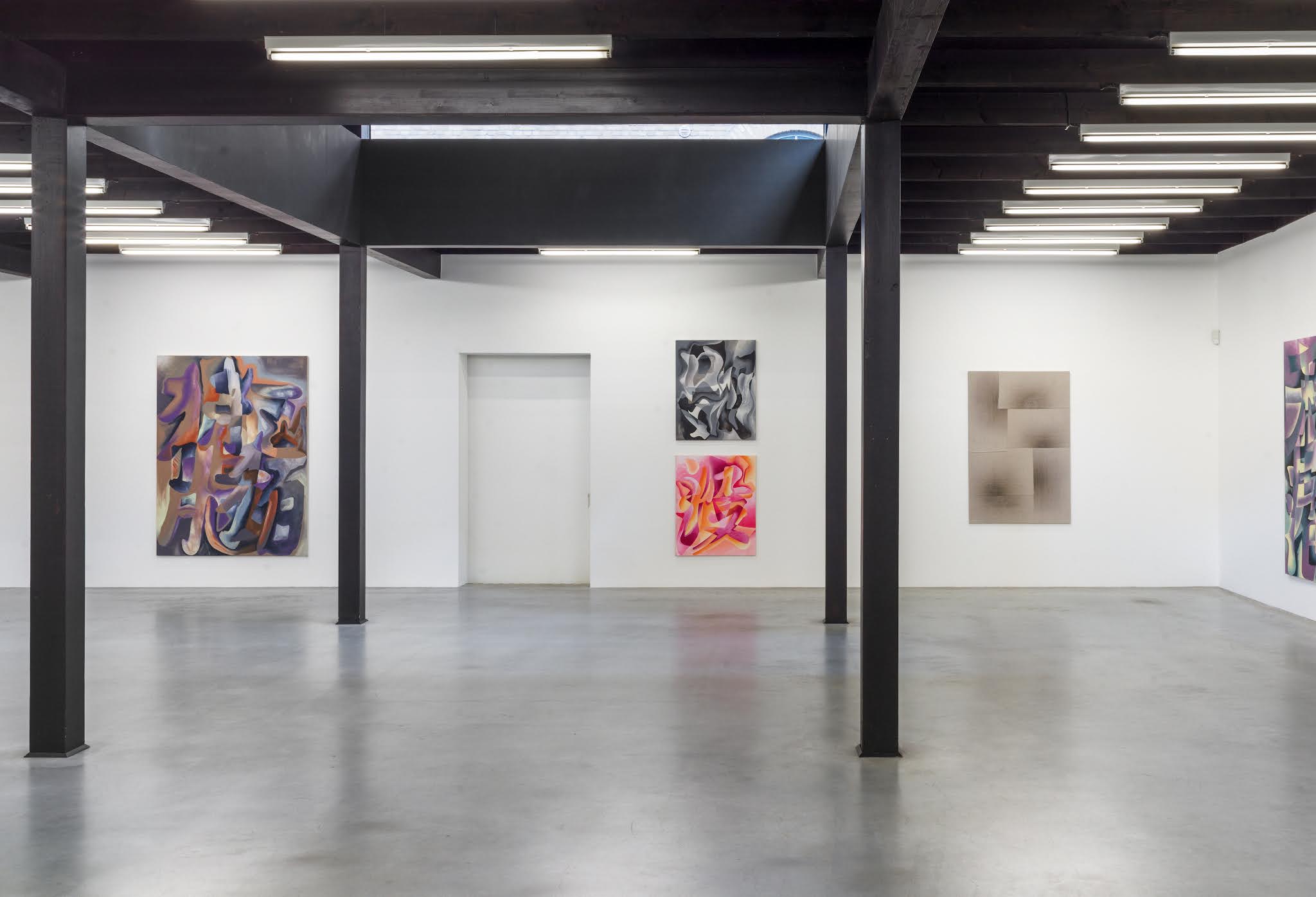 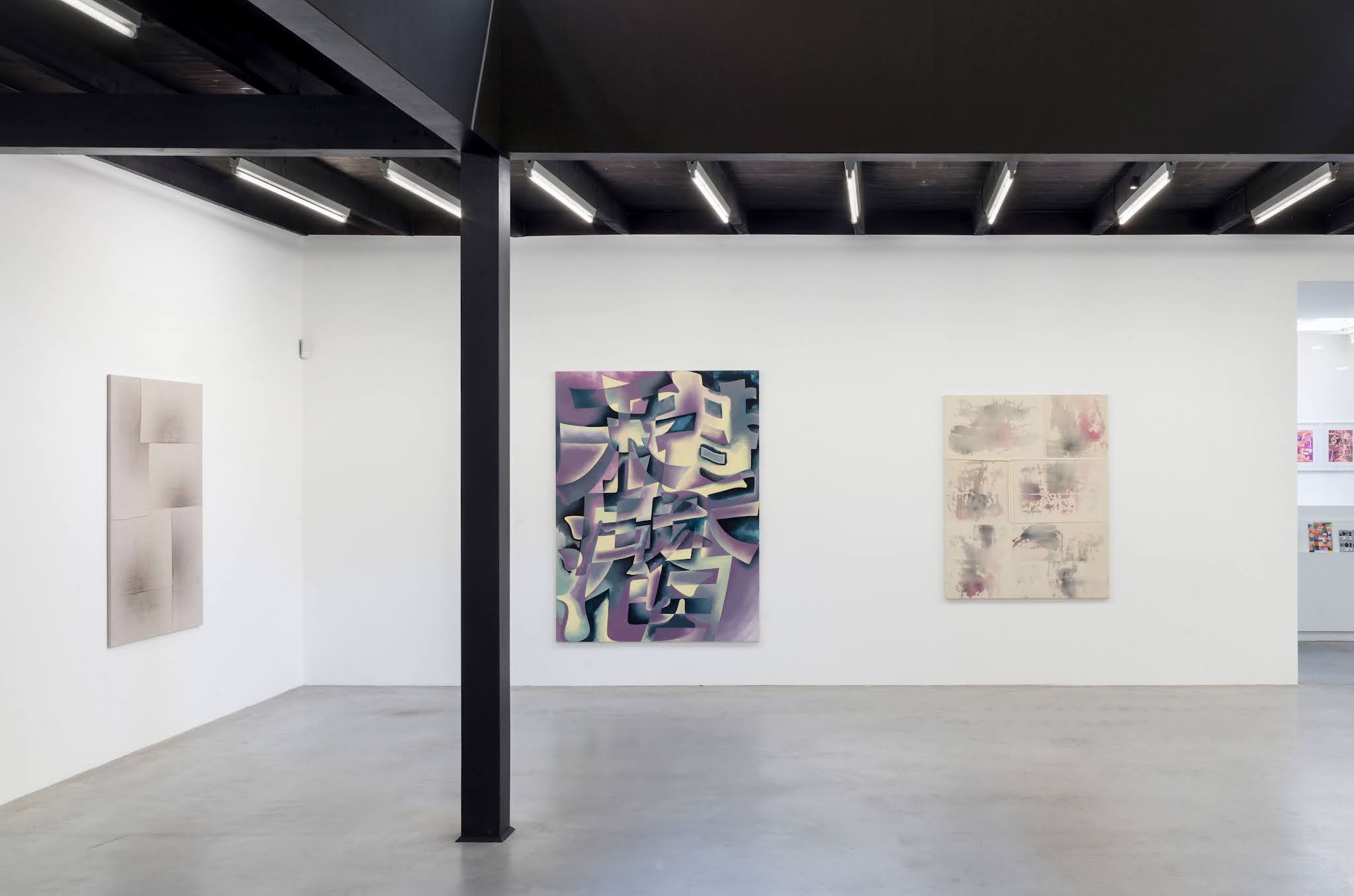 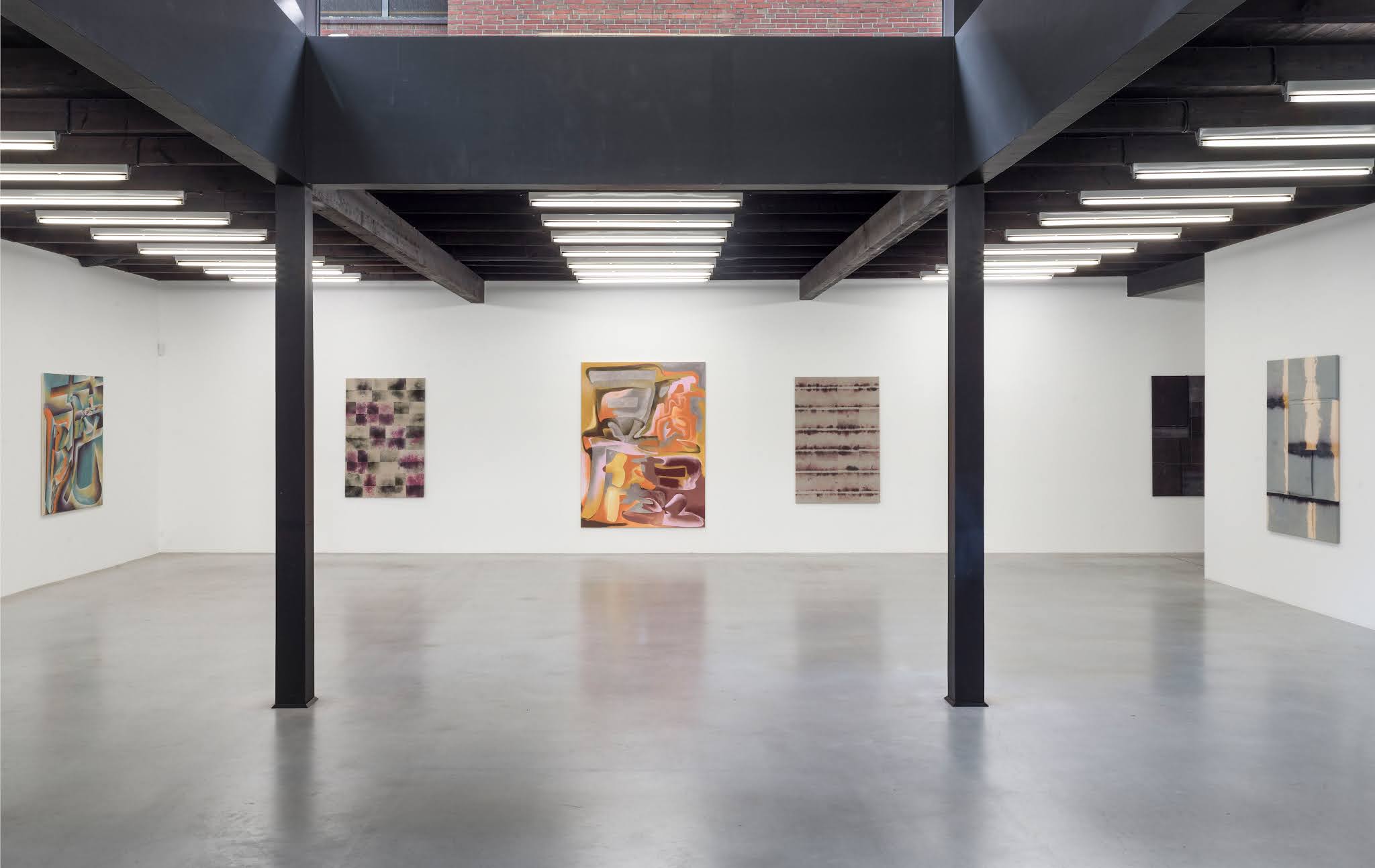 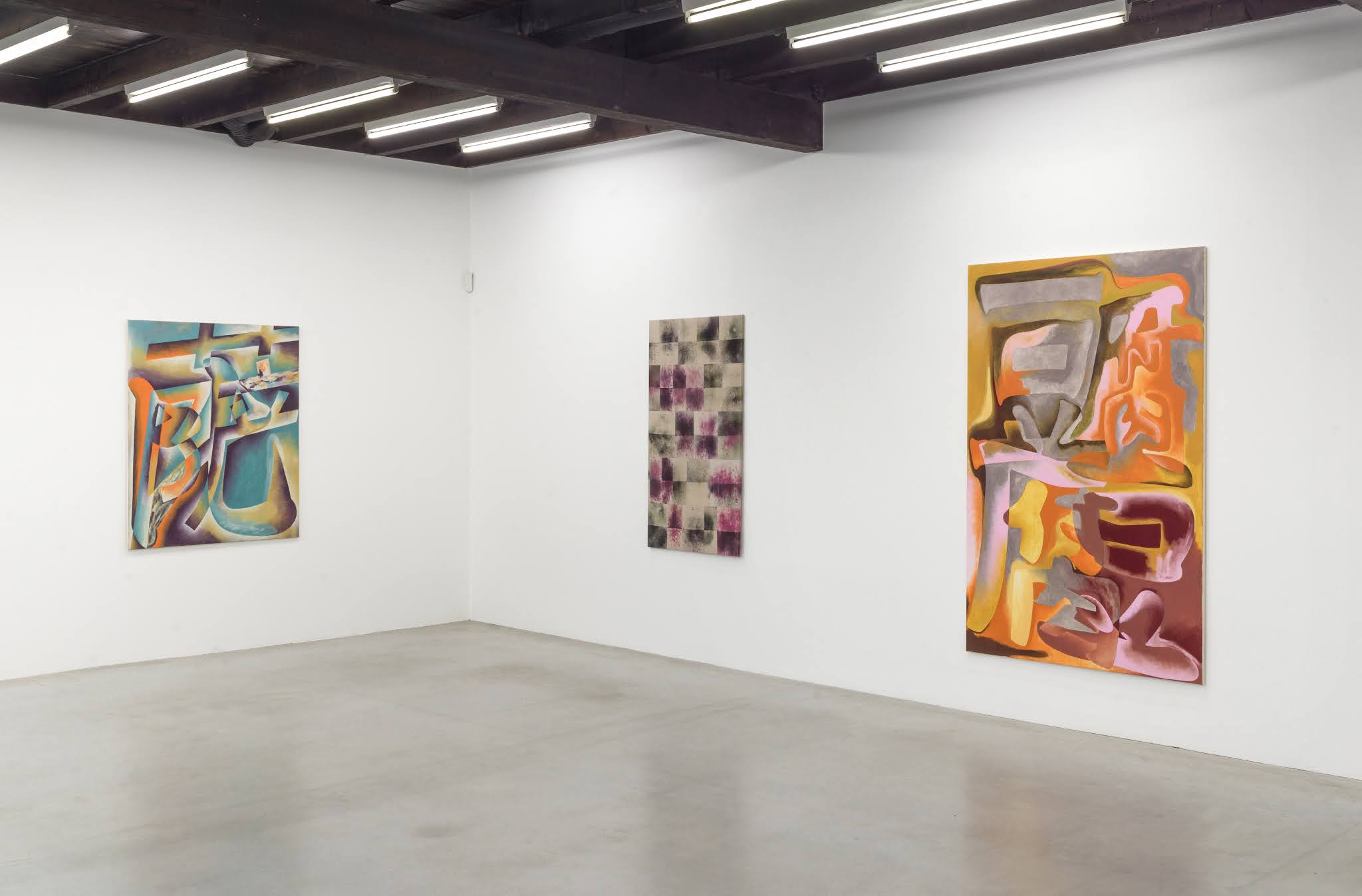 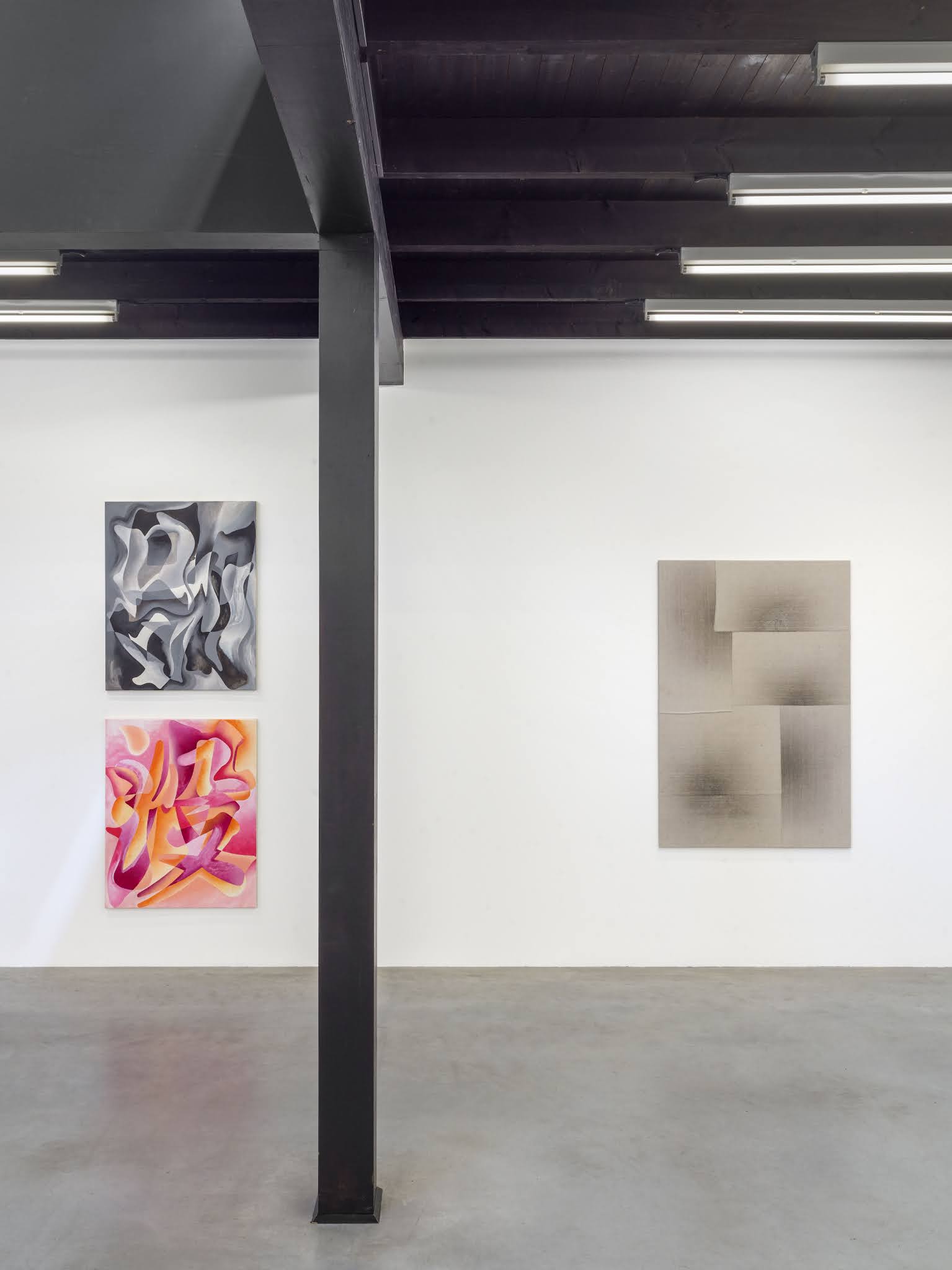 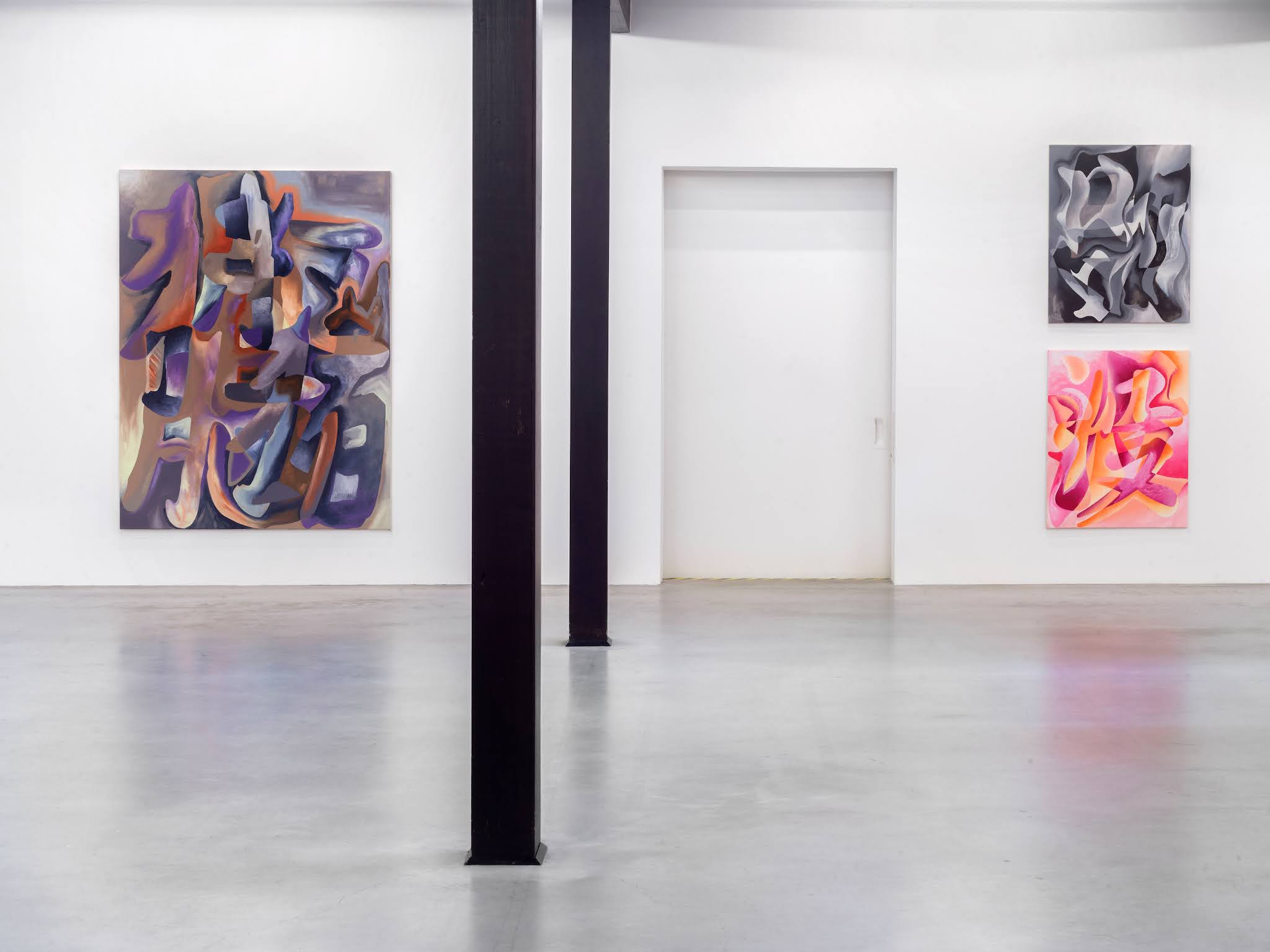 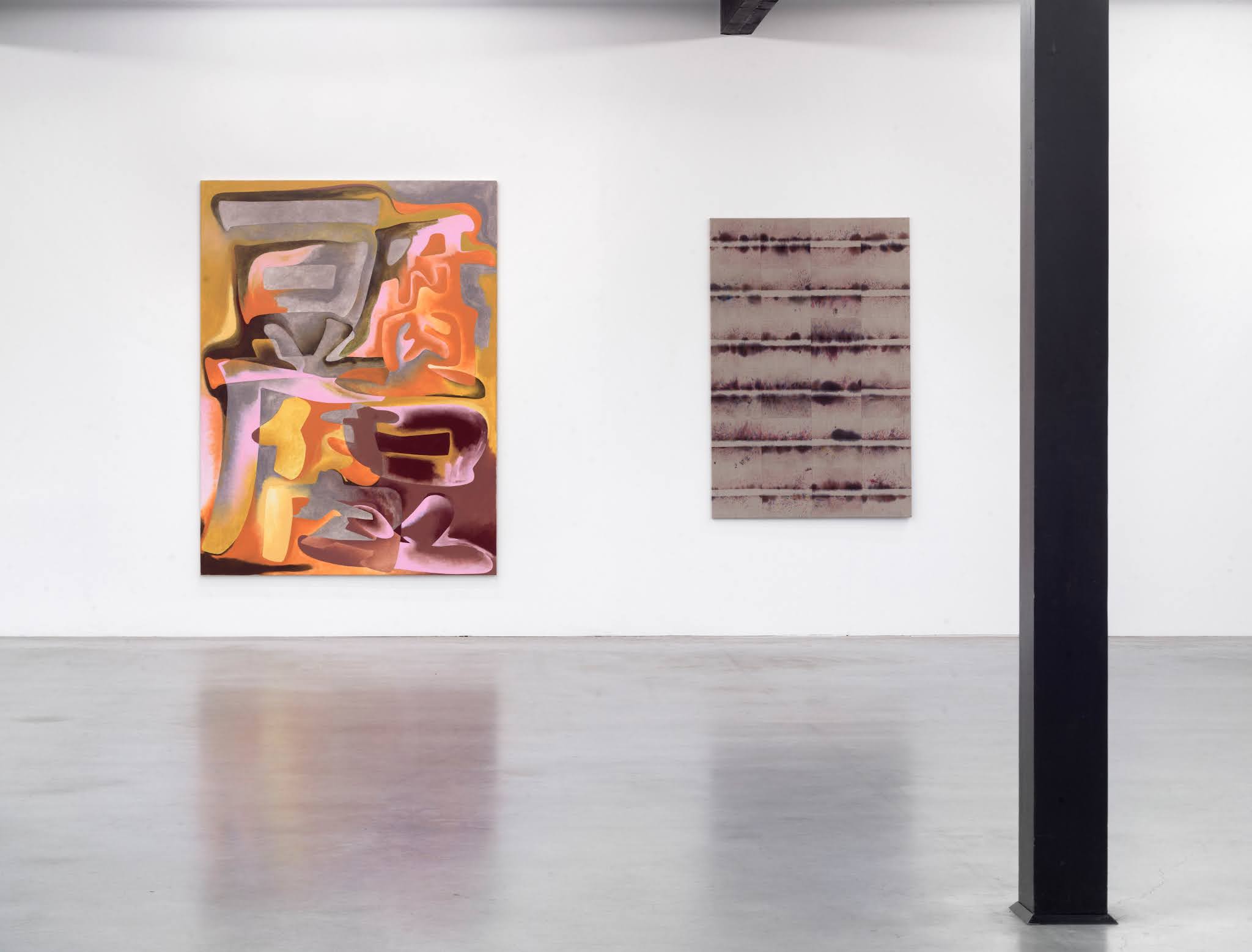 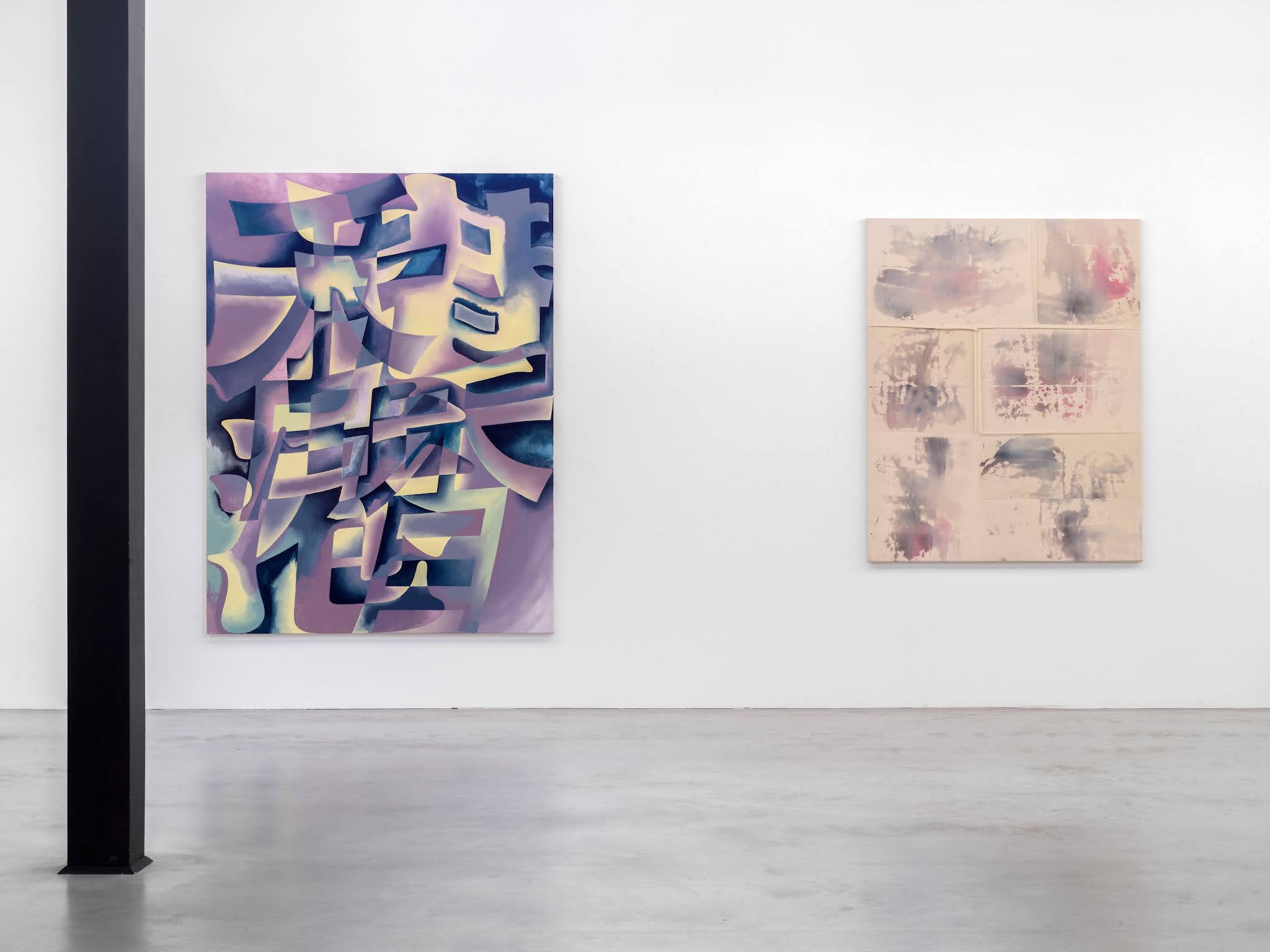 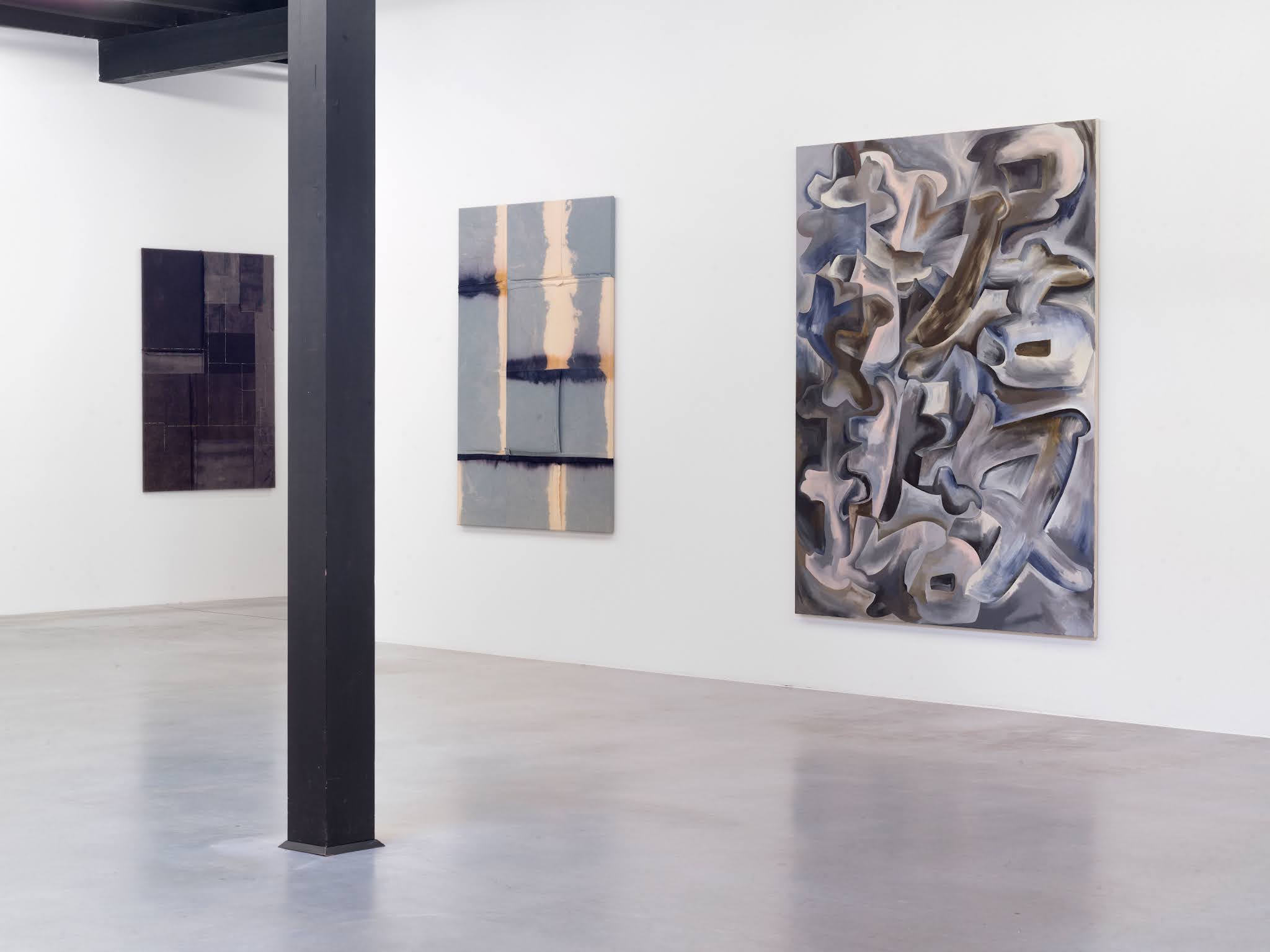 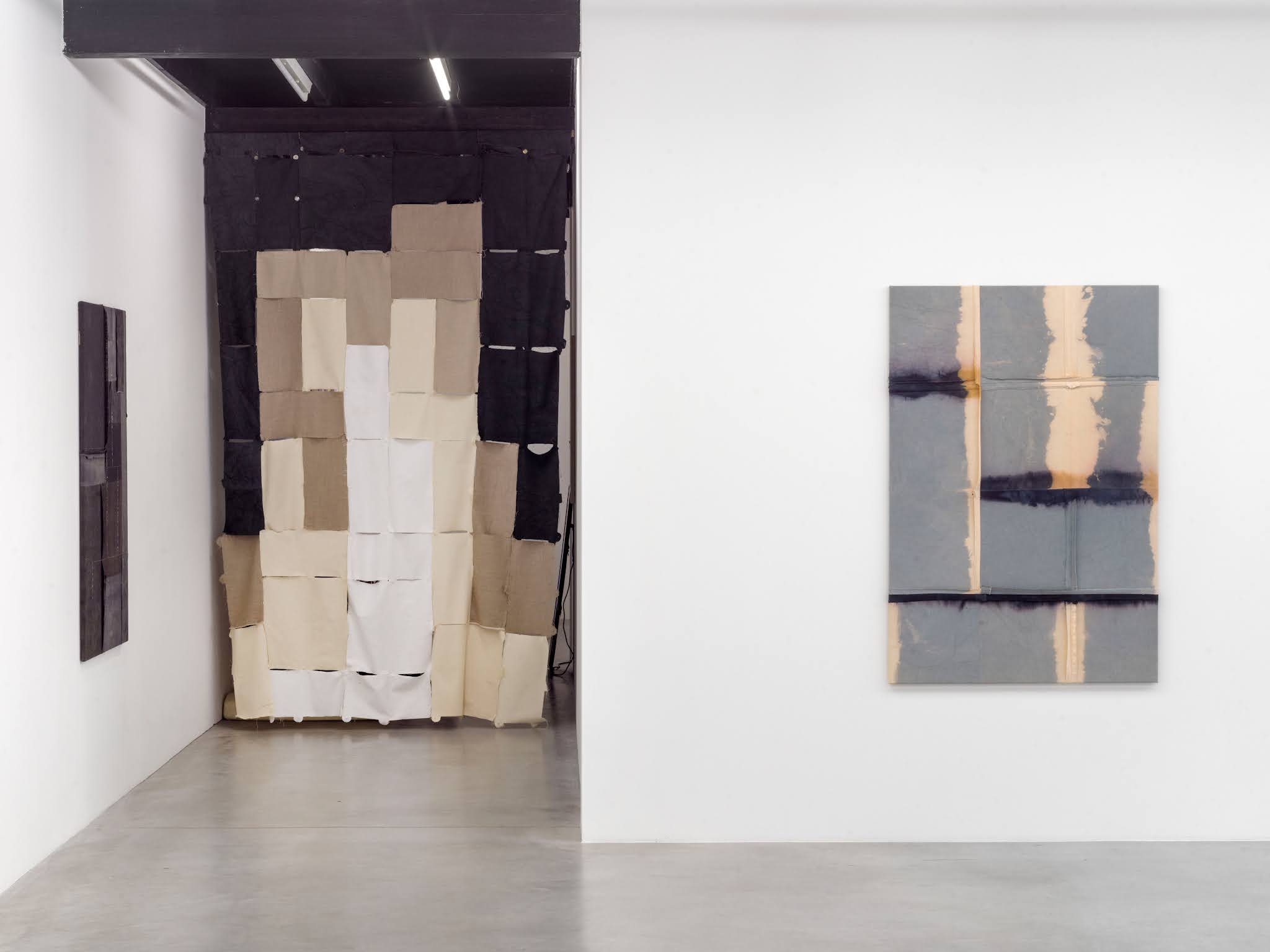 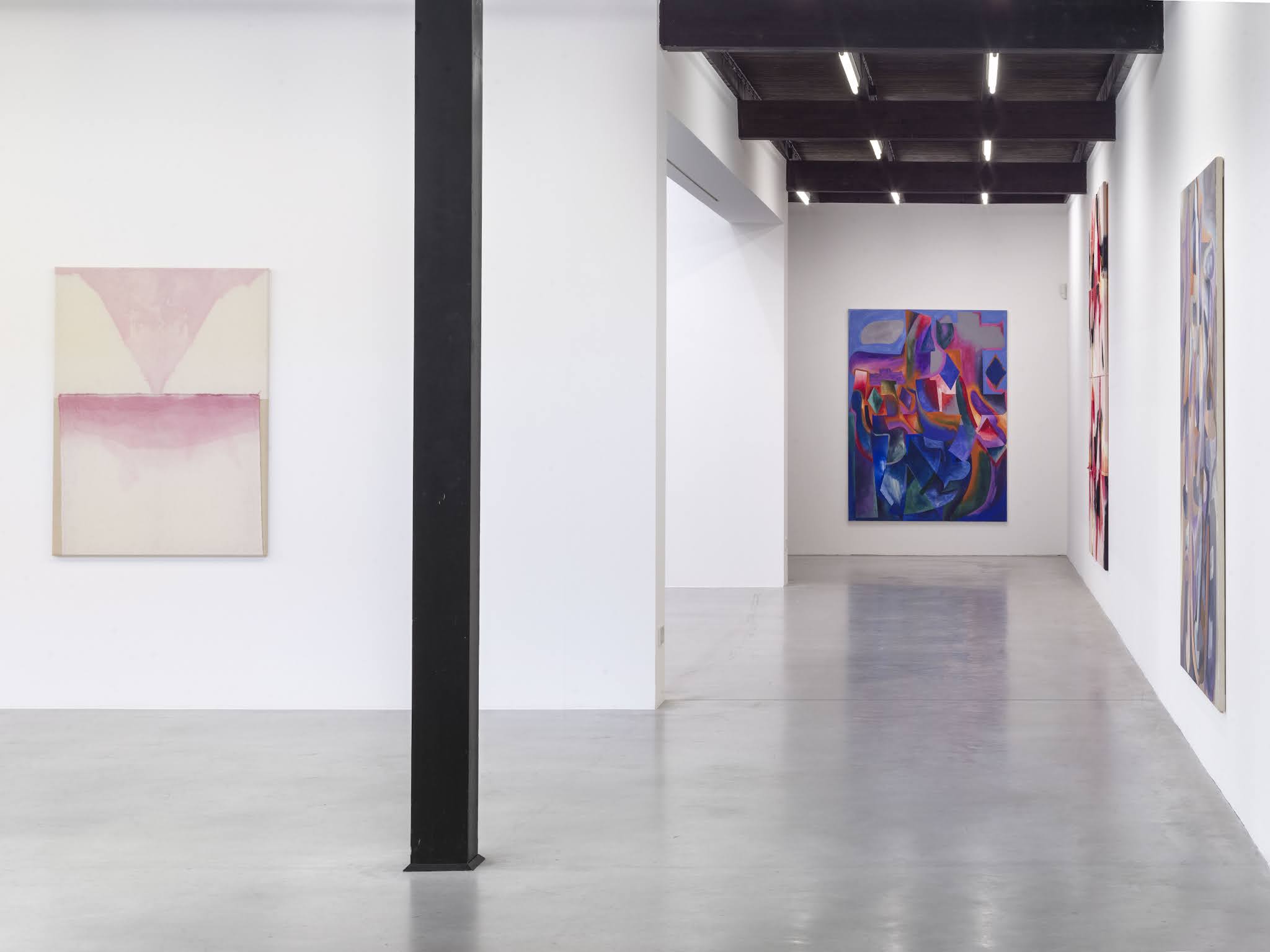 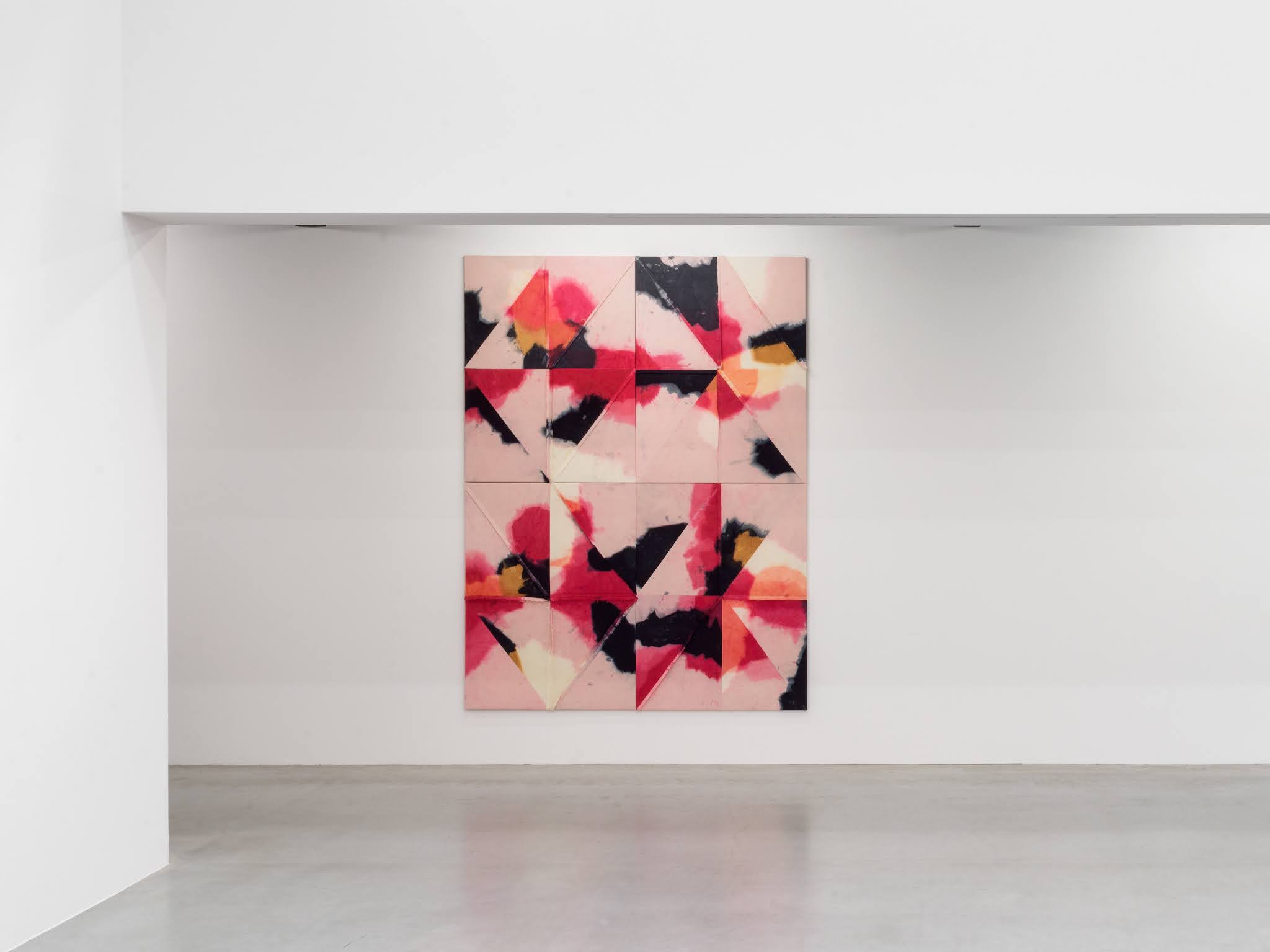 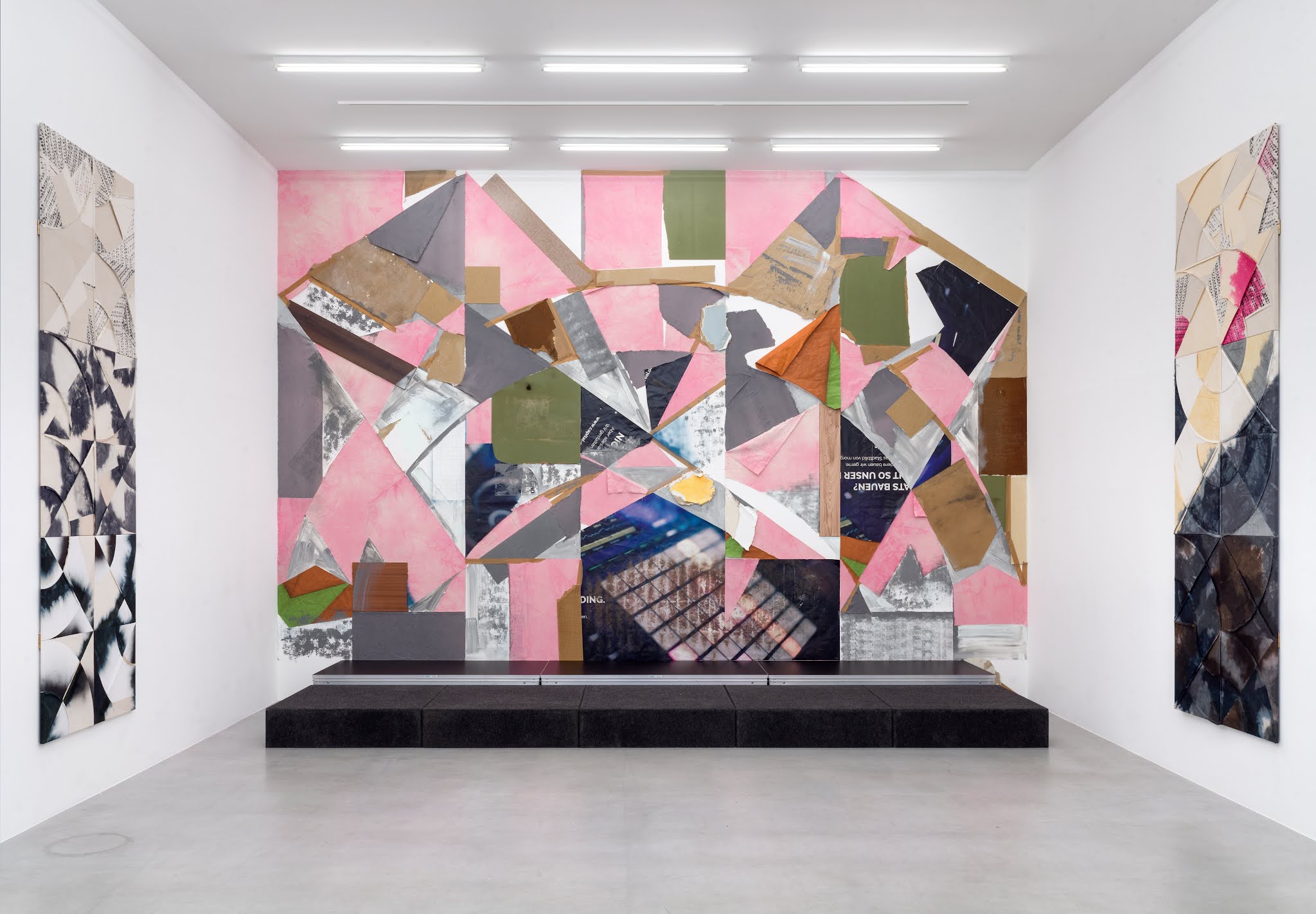 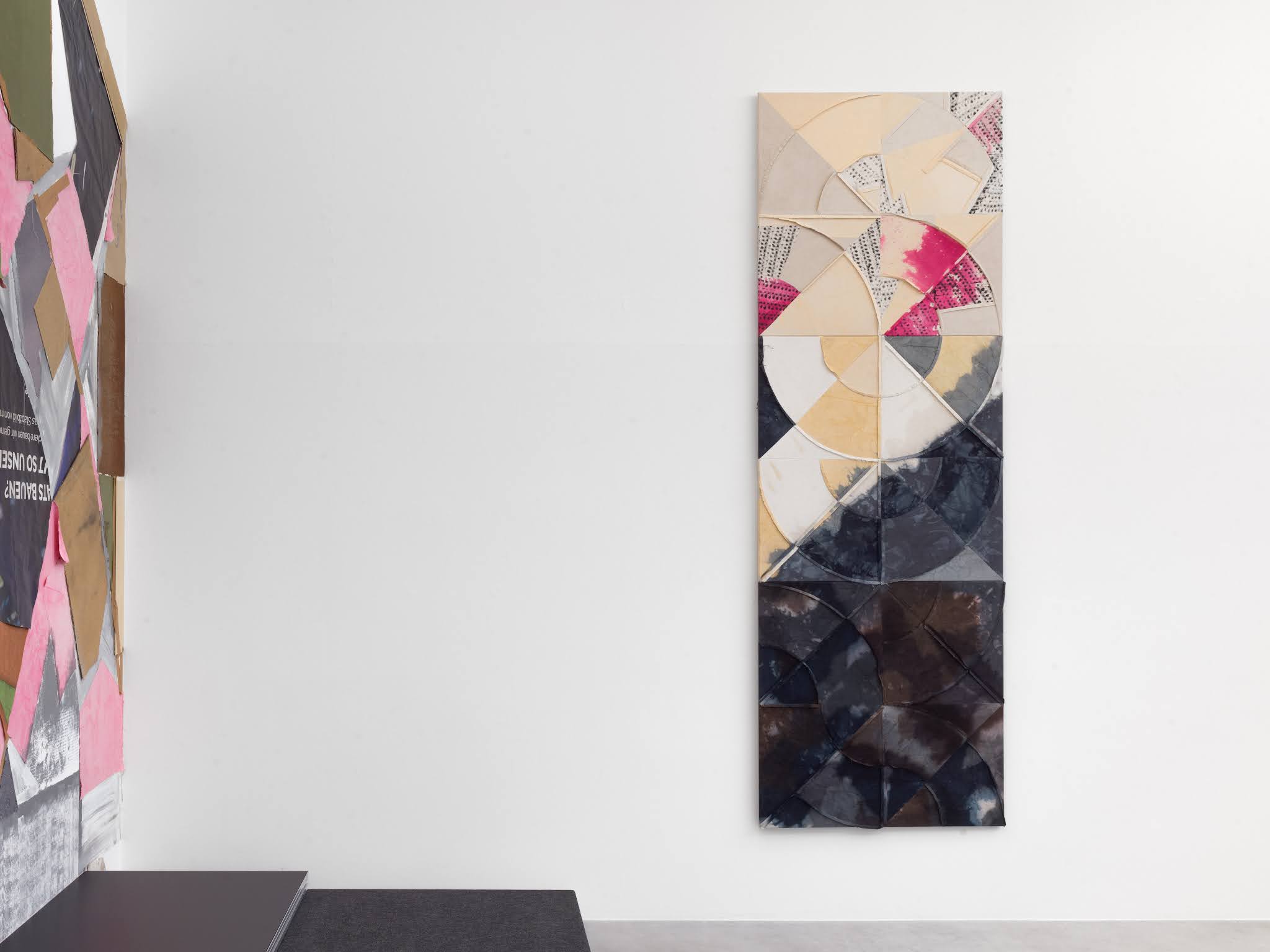 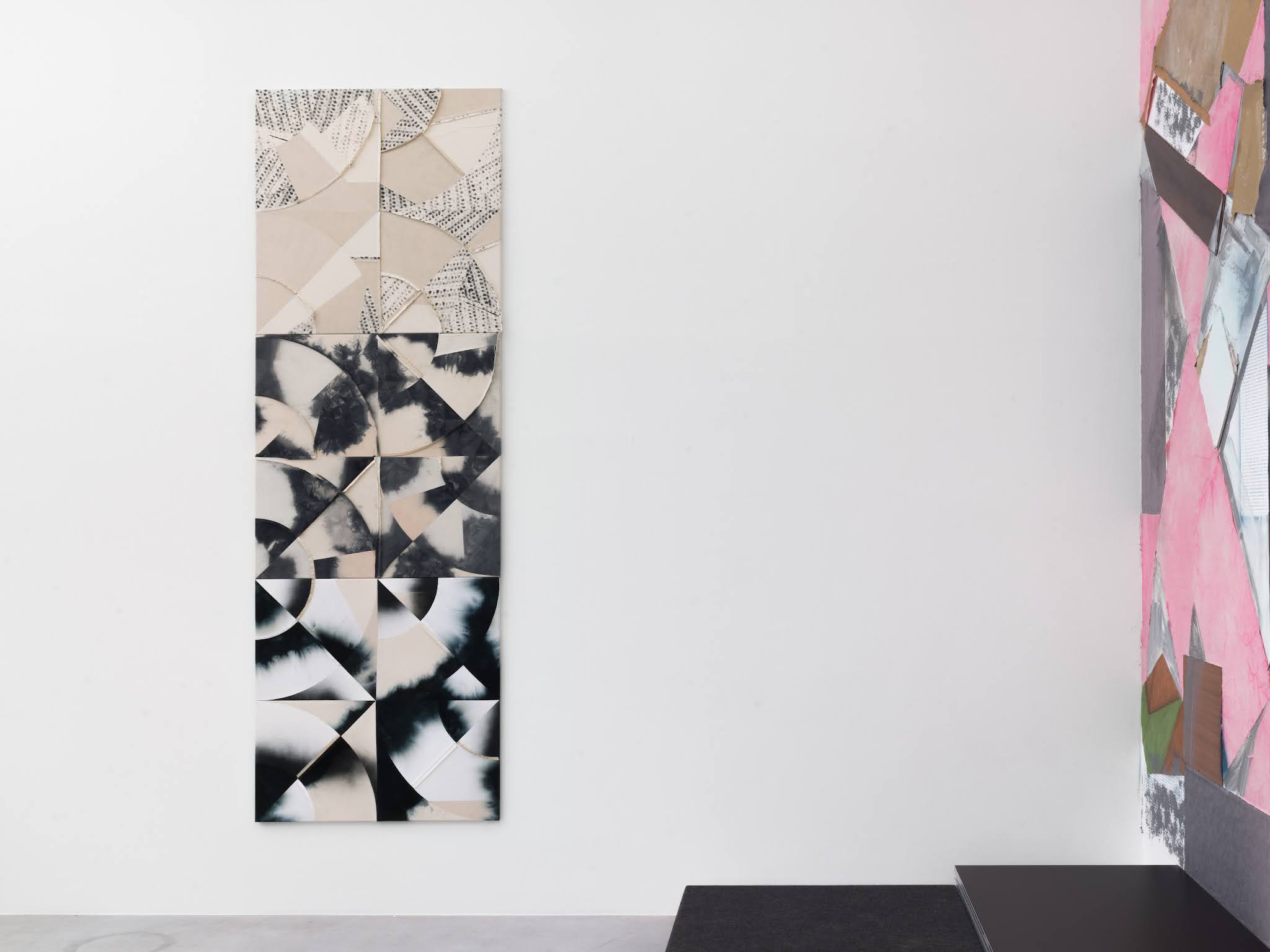 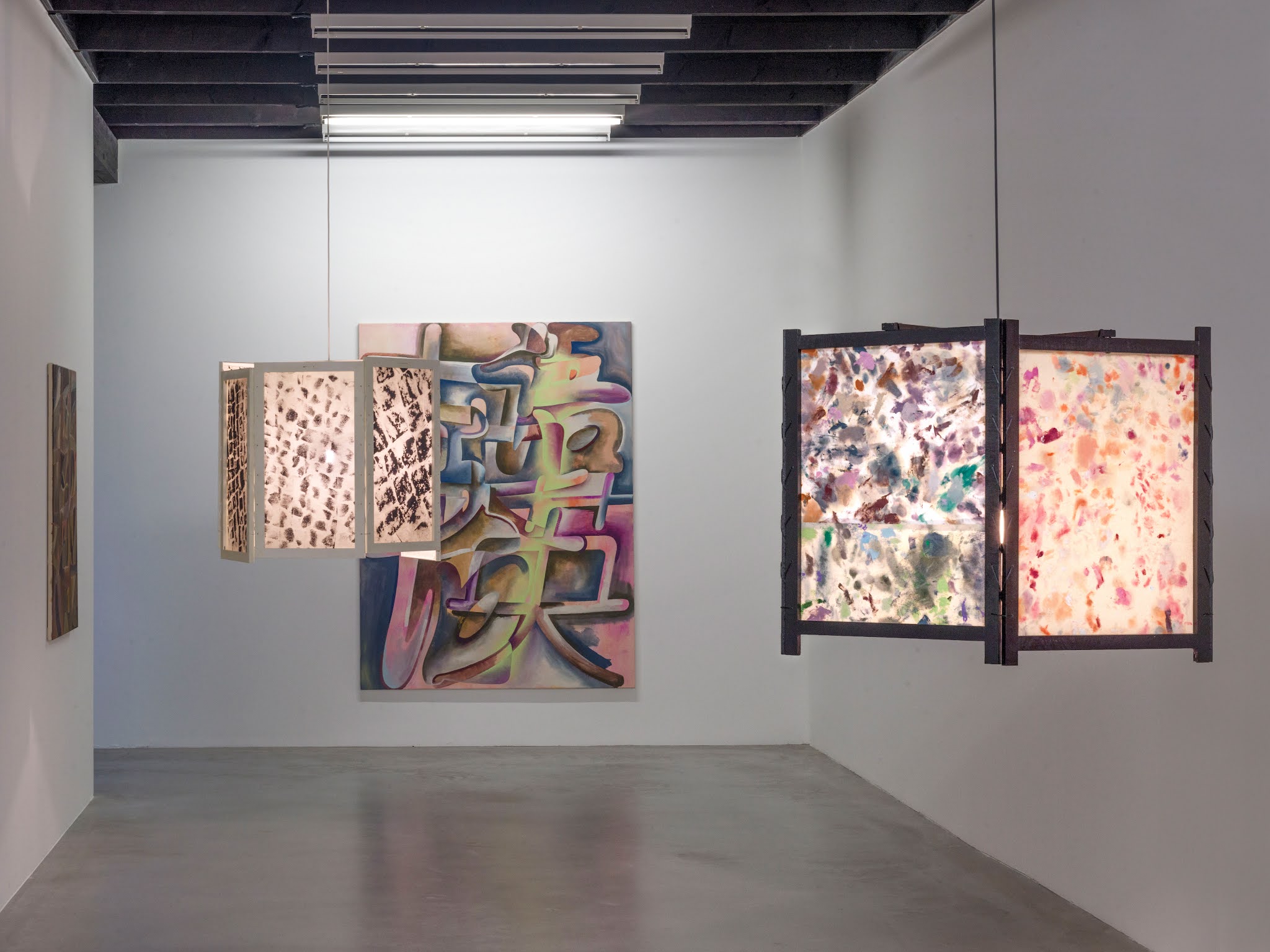 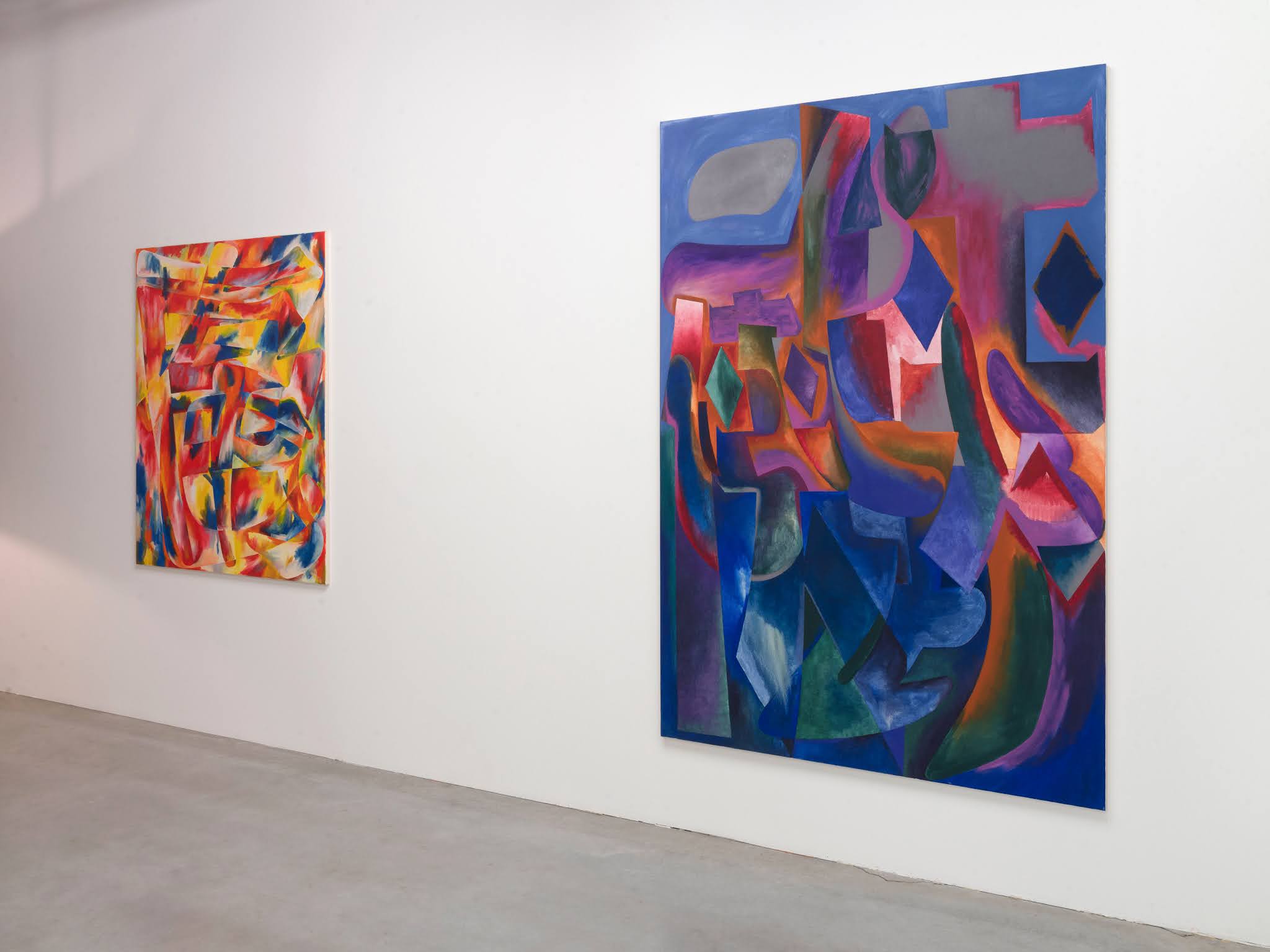 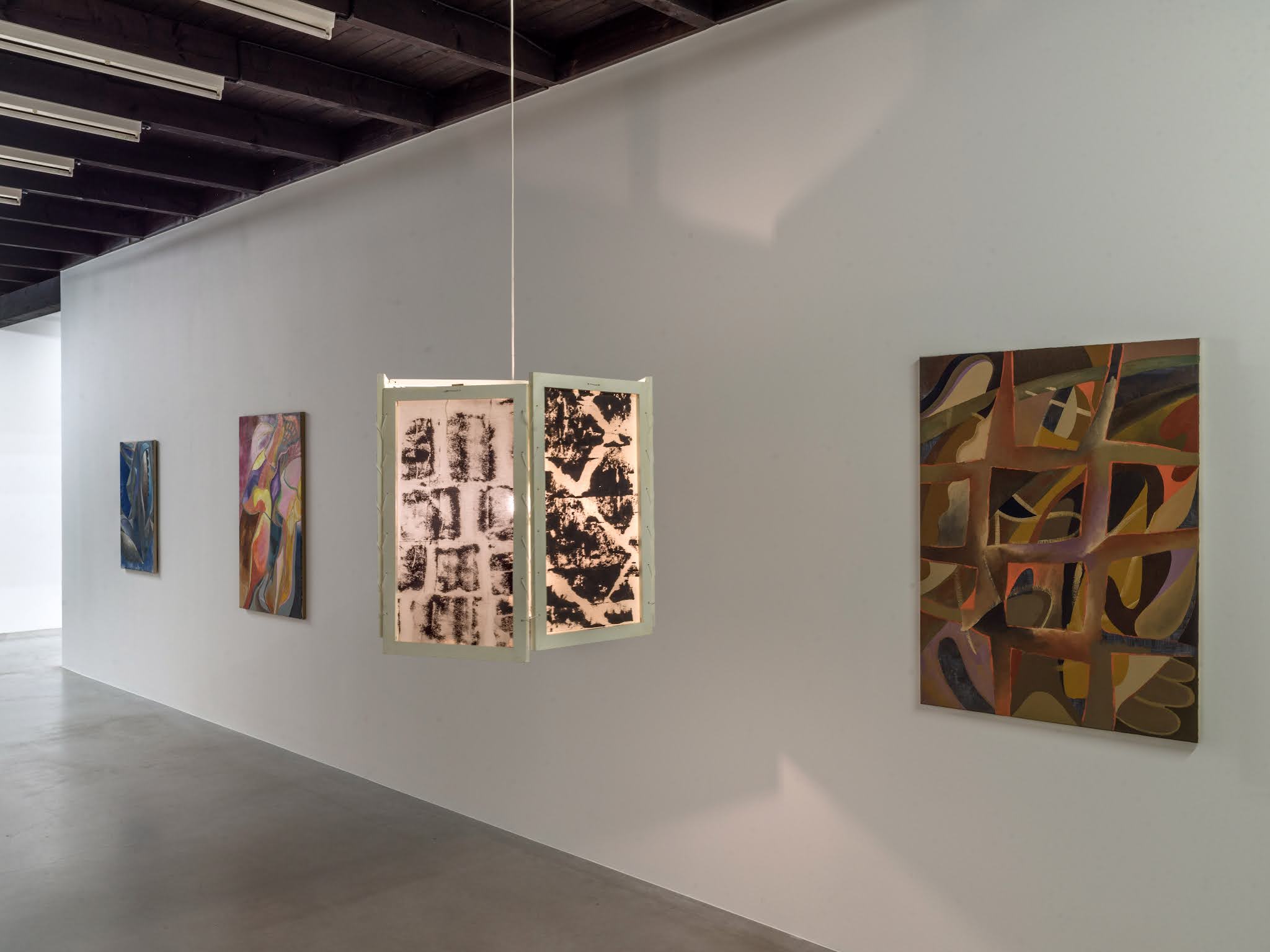 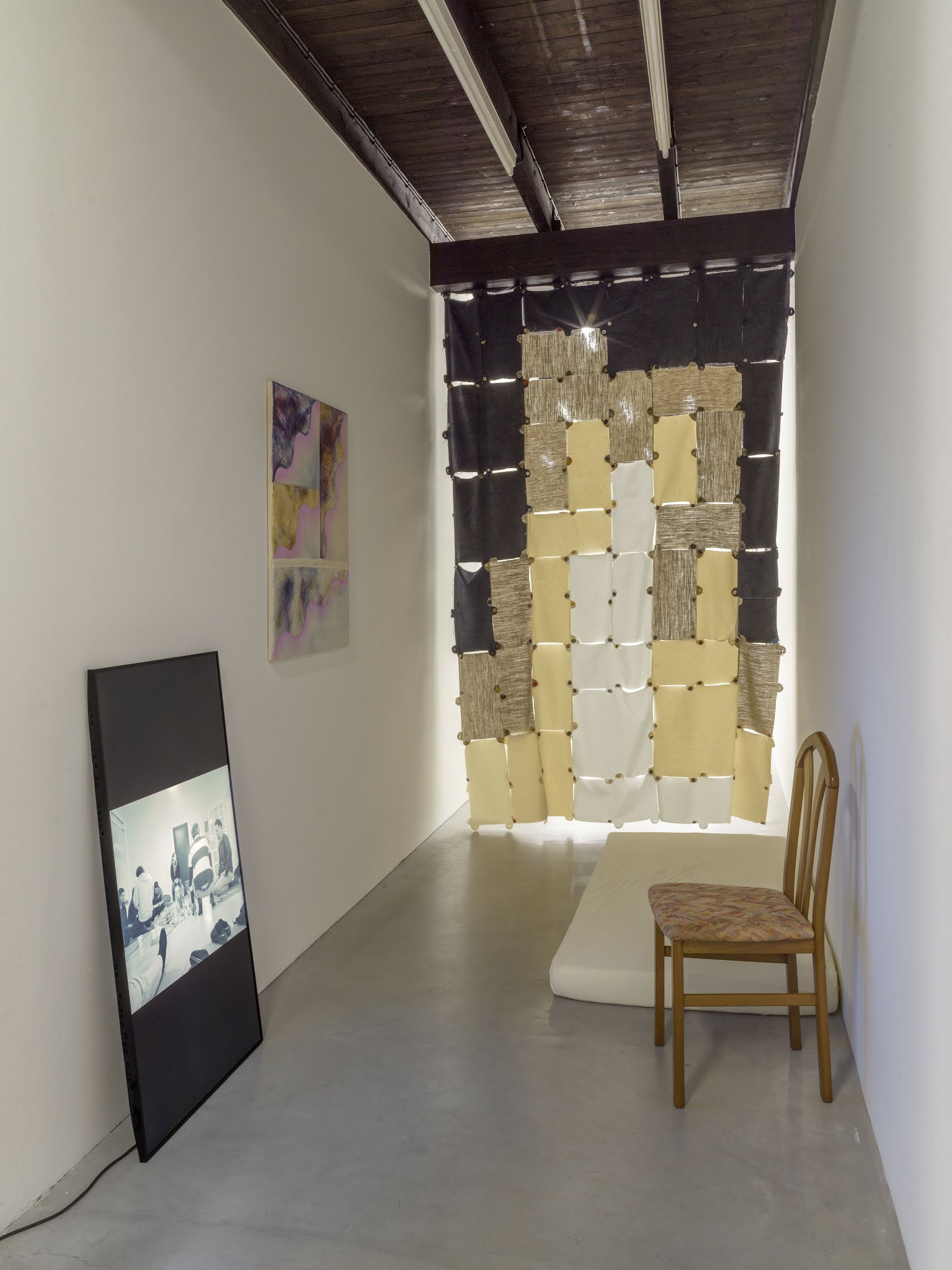 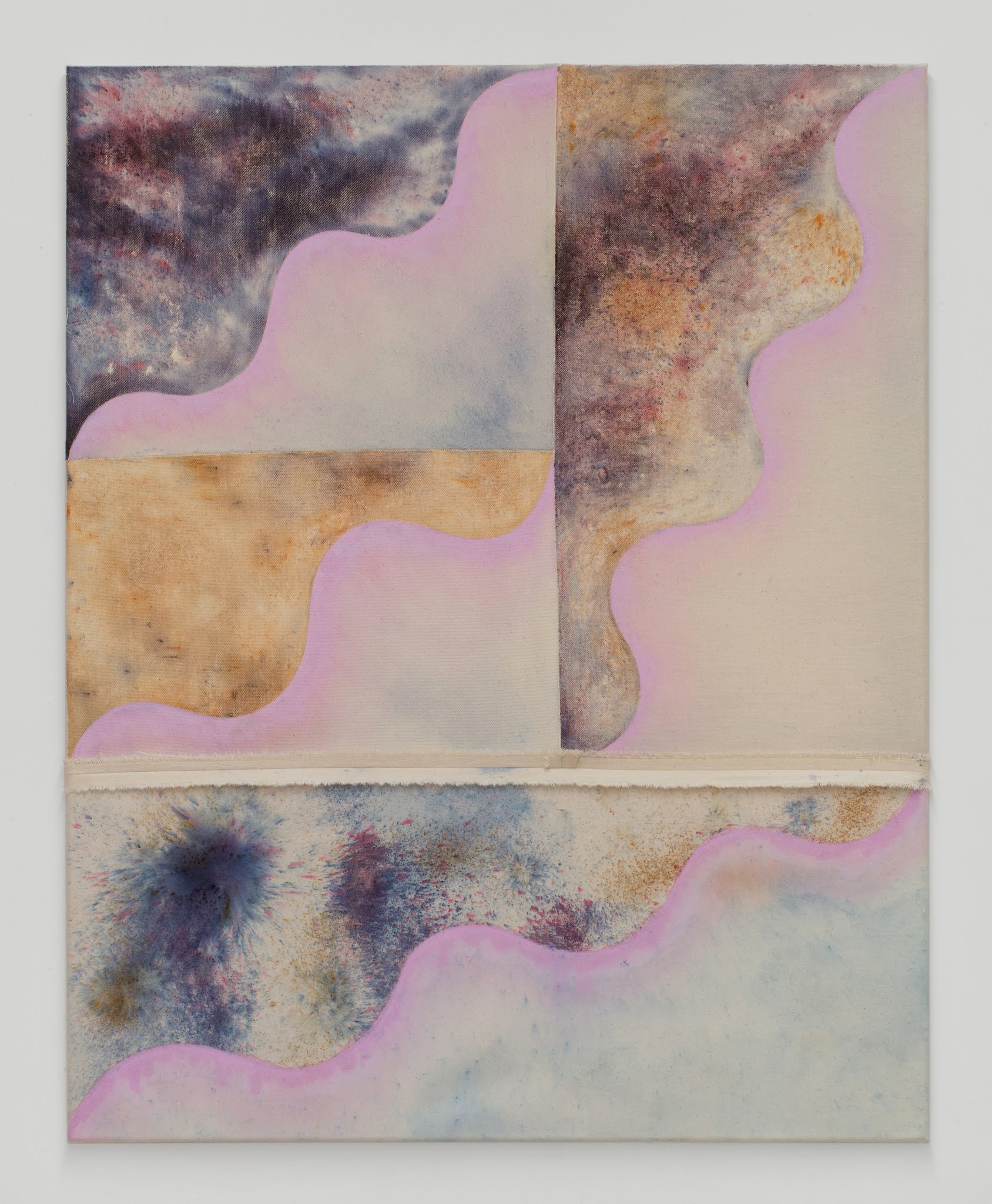 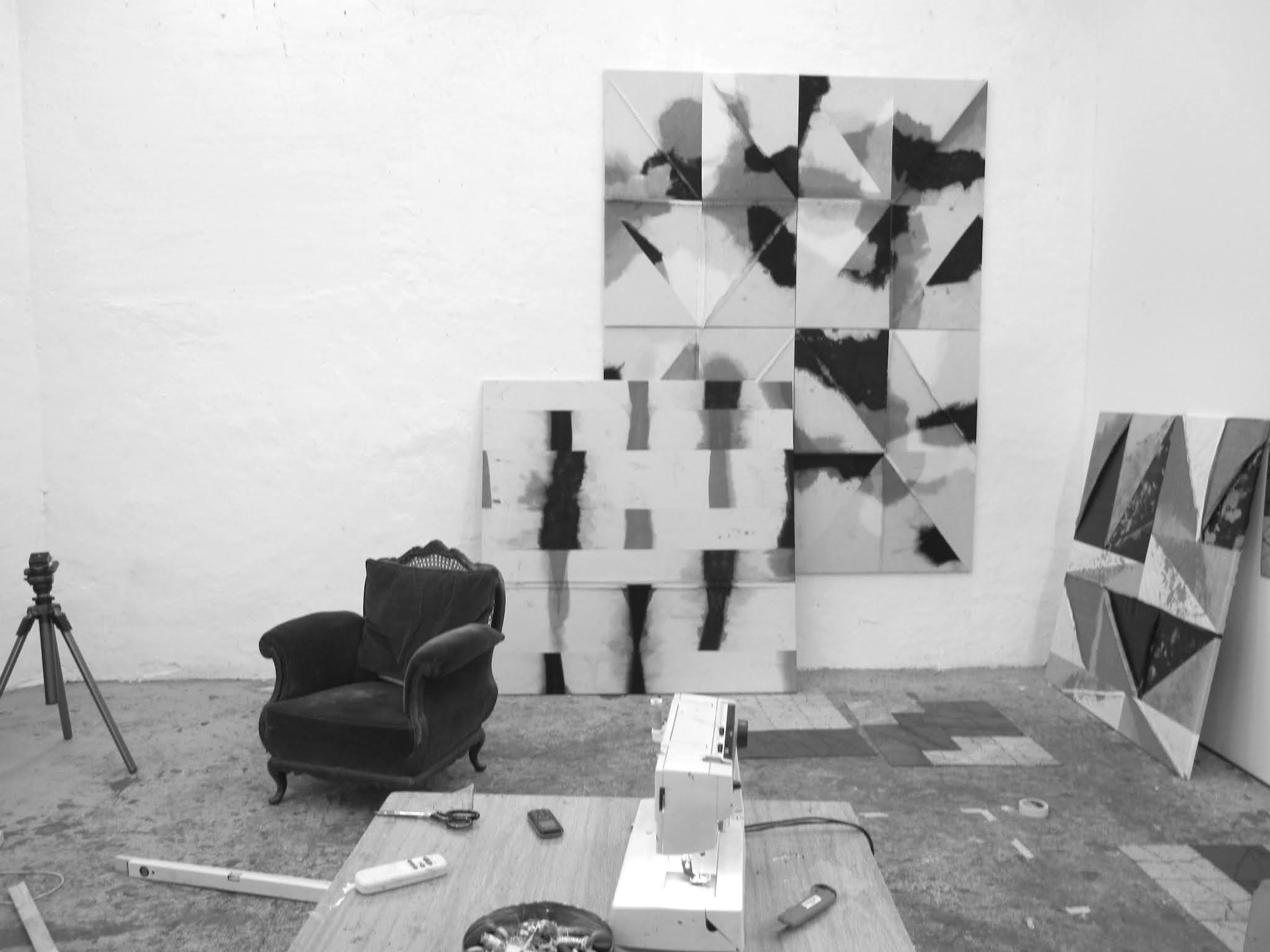 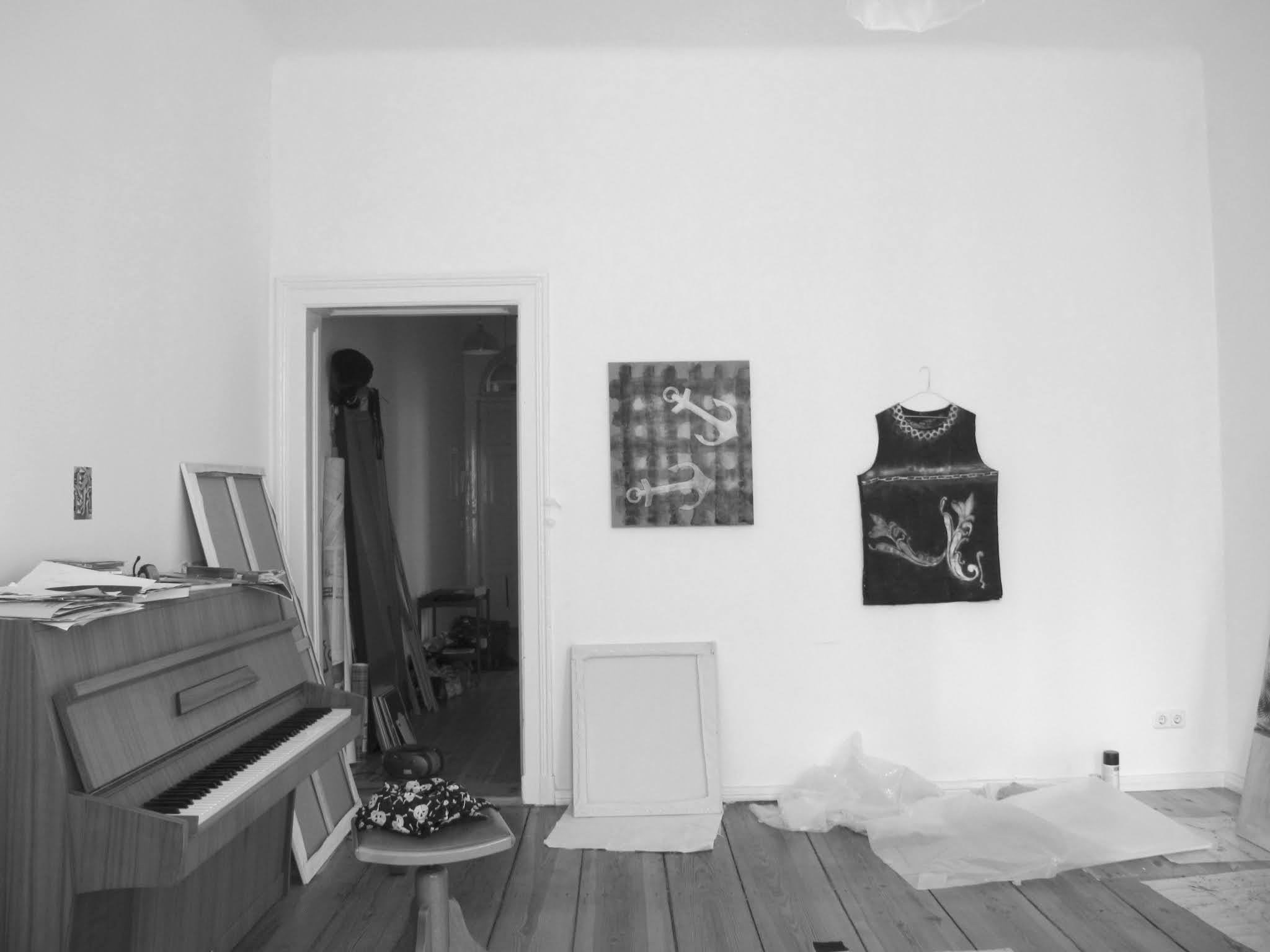 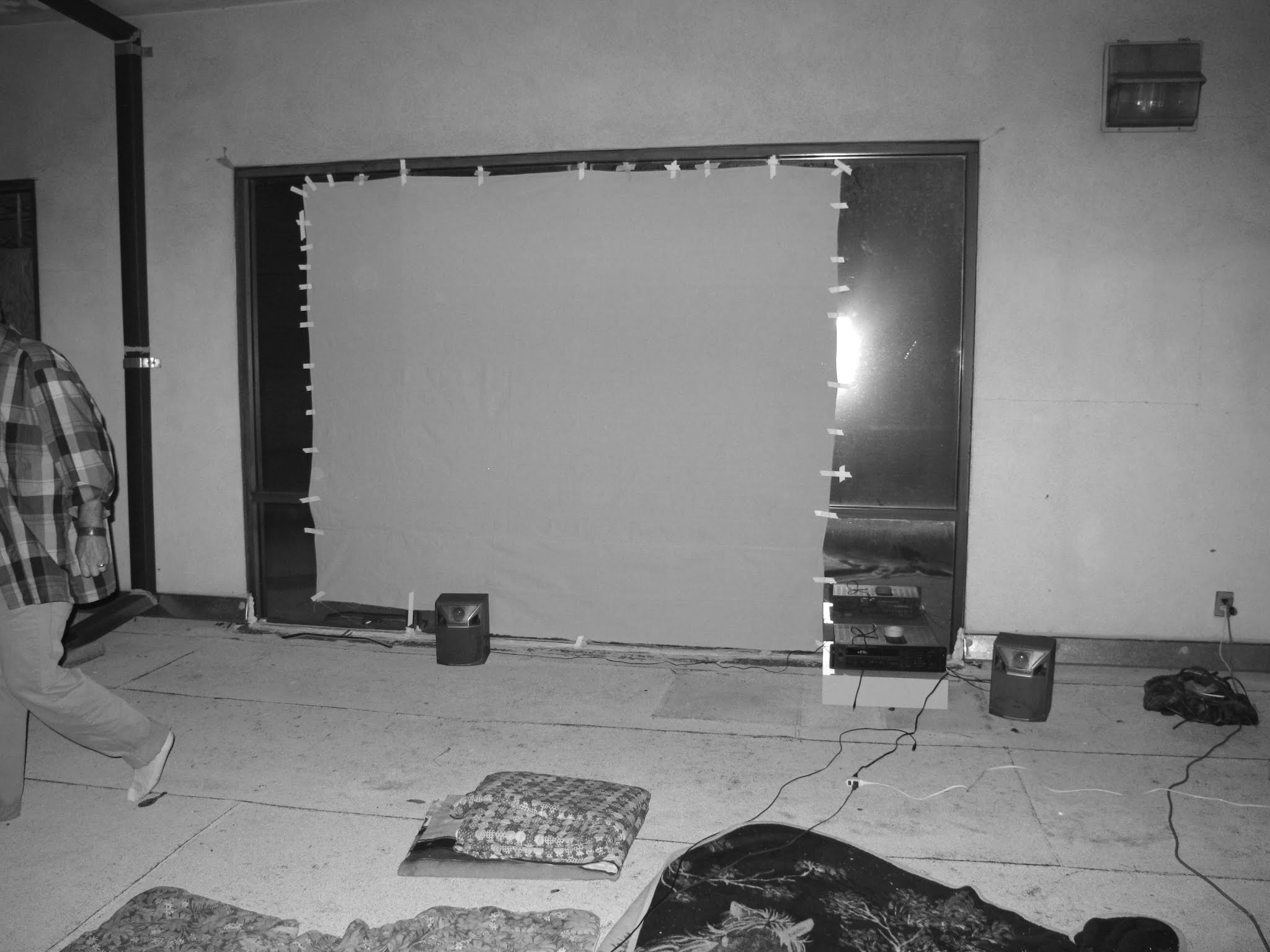 Alexander Wolff ‘s art deals with the diversity of relationships between materials, spaces and subjects that can be created and activated through painting, focusing on the context of creation of a painting and its reception. Using materials such as paint, dirt, textile dyes, dyed fabrics, photography and garbage of various kinds, he materializes, in his paintings, various approaches to pictorial abstraction: from language to biography, the globalized present or local history. Concepts such as mutability, chance/possibility, situation, and interaction are components of his artistic vocabulary, which often aims at a critical examination of modernity and a dynamic concept of the subject for a complex world.

In the first room, two different series of paintings face each other: sewn fabric paintings created between 2011-2013 and the so-called "Character Paintings," paintings derived from Chinese characters that Alexander Wolff has been working on in recent years. Chinese characters in various typographies, which the artist manipulates and superimposes upon one another, form a compositional framework and serve as the basis for the painting process. "From these [Chinese characters] emerges a world of various geometric bodies, hollow forms and curvatures, whose connection to one another is not sculptural in the sense of giving birth to a whole figure, but rather whose individual constituent fields, composed in an optical sense, as schooled by European Modernism, are assembled." (quote: Ariane Müller). These images raise questions about the pictorial nature of writing, the habits and expectations of the viewer, the dominance of the Western art market, and a biased reading of art history.

The textile paintings testify to Wolff's preoccupation with the basic elements of painting: fabric & paint are treated separately – each explored in its possibilities as a material in itself – and recombined. A grid-like construction results from the sewing and joining of individual parts, which also takes place in the construction of the character paintings and in the characters themselves. The grid, with its ambivalent relationship to ornament or pictorial motif, repeatedly becomes the subject of investigation in Alexander Wolff's work.

In the Kunstverein’s “Cube”, Alexander Wolff has "painted" a mural that is designed like a stage: the visitor can become part of the picture, part of the exhibition. The wall painting is a kind of material collage, composed largely of garbage materials from the Oldenburg Recycling Center. Another element is a fragmented promotional banner, found at a construction site, in which an Oldenburg real estate company advertises its new construction project. Wolff has arranged these pieces into an image whose composition in the upper part refers to the dimensions of the wall, and in the lower part quotes the facade of a former Kunsthalle in Oldenburg, designed by the architect Peter Behrens.
This large Kunsthalle, whose pioneering and beautifully-designed architecture was highly praised at the time, as well as for decades to follow, was built as part of the regional exhibition in 1905 and torn down again just one year later. Wolff contrasts this unsustainable process with the idea of art-as-recycling, also referencing the "Garbage Wall" (1970) by American artist Gordon Matta-Clark, who built a wall of trash held together with concrete. In Wolff's mural, canvas fabric, dyed pink, serves as the unifying element.

The mural is flanked, to the right and left, by two sets of 3 paintings, which are hung on top of each other and attached to the walls with hinges so they can be clapped in and out. The paintings are part of the series "Alternatives to..." (2014-2016), made of dyed, printed and sewn canvases. Each of these paintings is composed of four segments of circles, which are rotated in different directions. Thus, the images can be visually connected to one another – and are arranged here one above the other, in a constellation that can be associated with loudspeaker towers at music festivals.

Amidst further paintings in the back room of the exhibition, two lamps are installed. Both lamps consist of and reflect upon the individual elements of painting: cloth, paint and frame; by means of light these parts become visible as a picture, and here also as a sculpture. The motifs – or materials – are on the one hand frottages of Berlin’s paving stone streets, and on the other hand discarded painting rags, which the artist uses to clean his brushes while painting, and whose appearance is not based on any aesthetic or intentional design idea.

The paintings in the same room, most of which date from 2017-18, are Wolff's approach to a non-conceptual, "free" painting of the kind repeatedly postulated in Modernism and most recently institutionalized in Abstract Expressionism or the painting of the New Wilds of the 1980s. For Wolff, the question in the foreground here is: at what point does “letting go” become a principle – and then again yet another method – or is "freedom” in the sense of a complete unboundedness within painting even possible?

The slide show "Painter Biographies" - in which some of the works in the exhibition reappear in other contexts – is the counterpart to the book of the same name, which was published by Formerly Not Known Press in 2021. It addresses the entwinement of art production and life, and traces the spaces and materials that shape art production. Included are around 250 photos from the years 2000-2021, shown here in a random sequence and to which new photos for the current exhibition have been added.