Little Frank and His Carp at Elizabeth Xi Bauer / London

Little Frank and His Carp 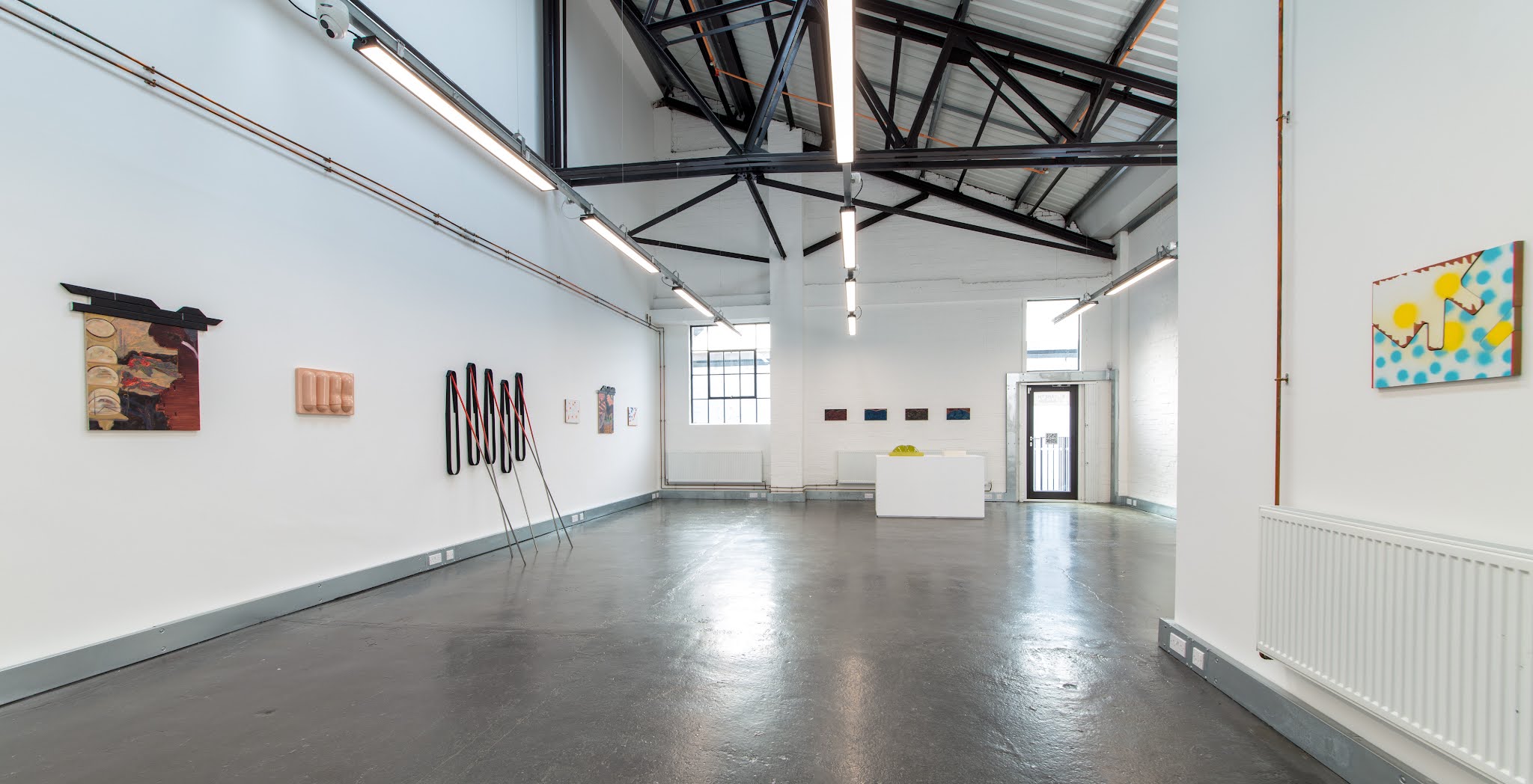 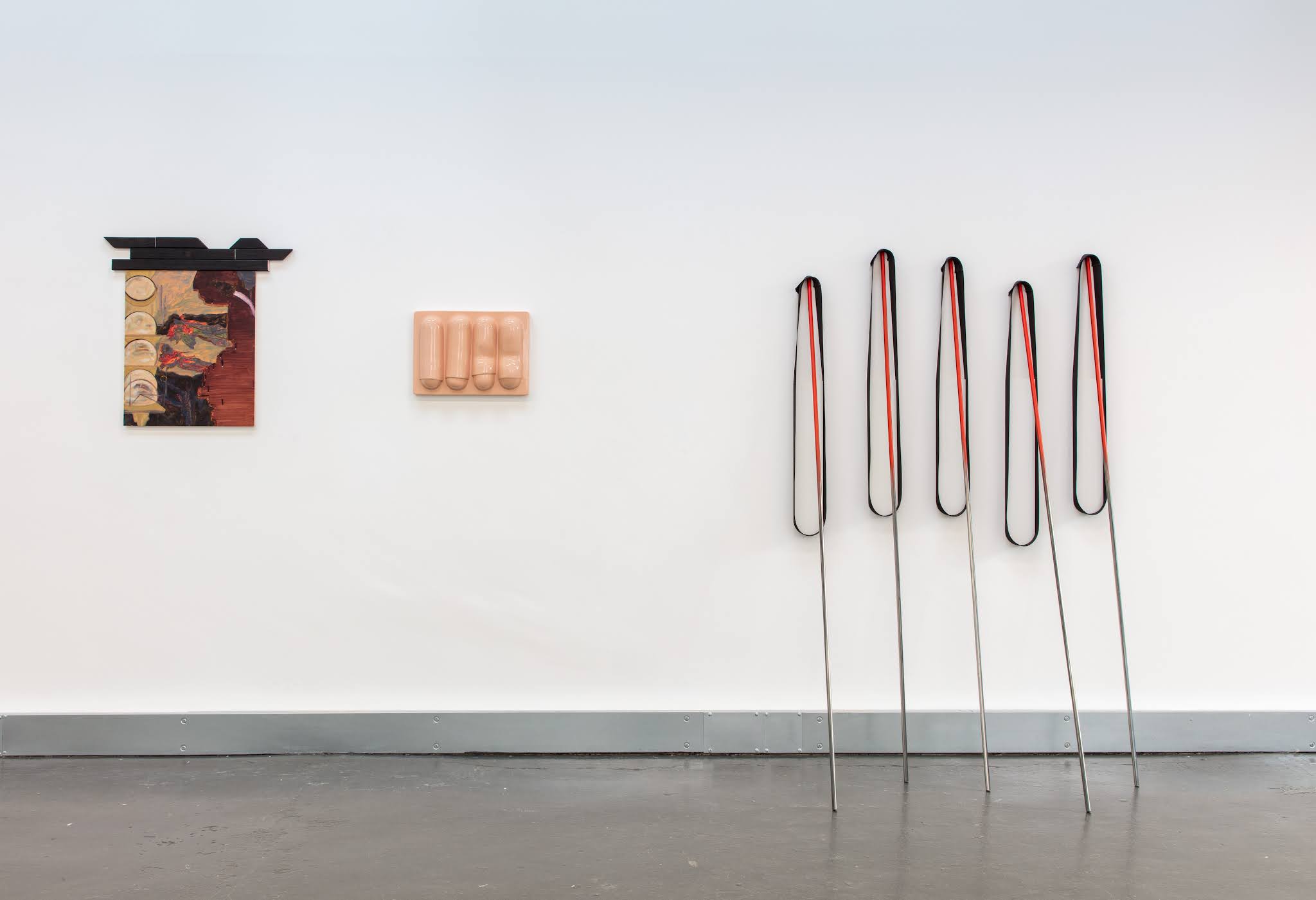 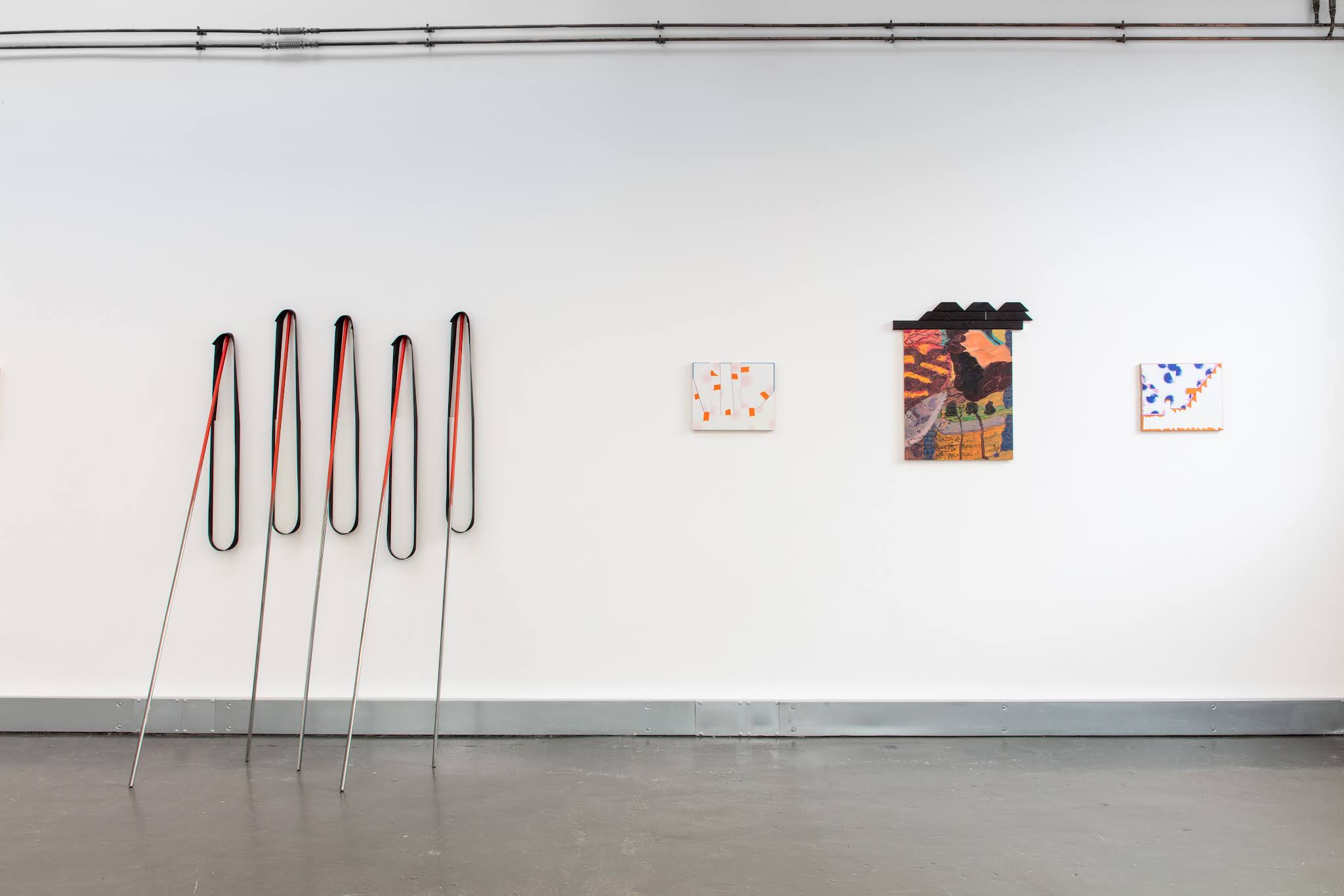 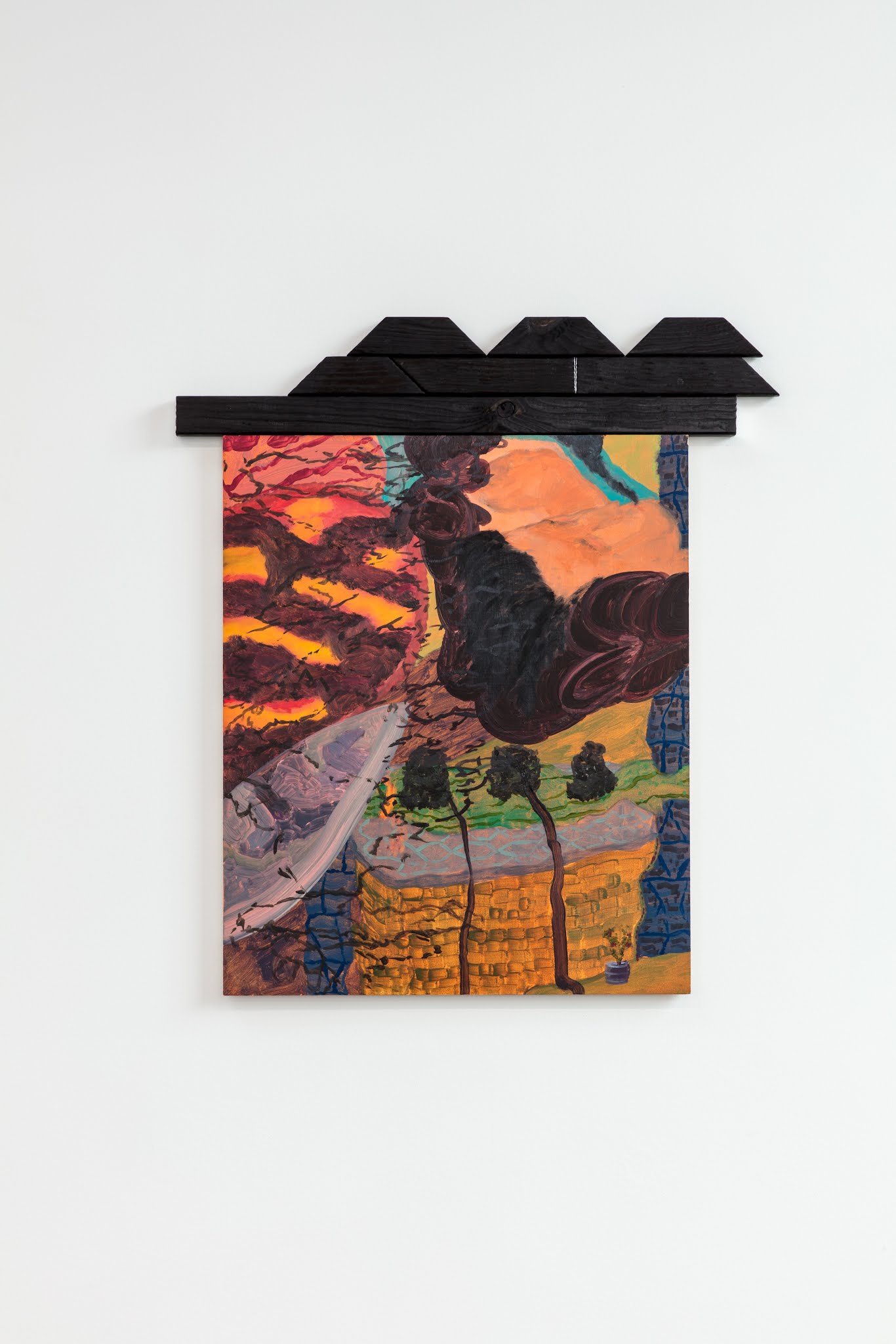 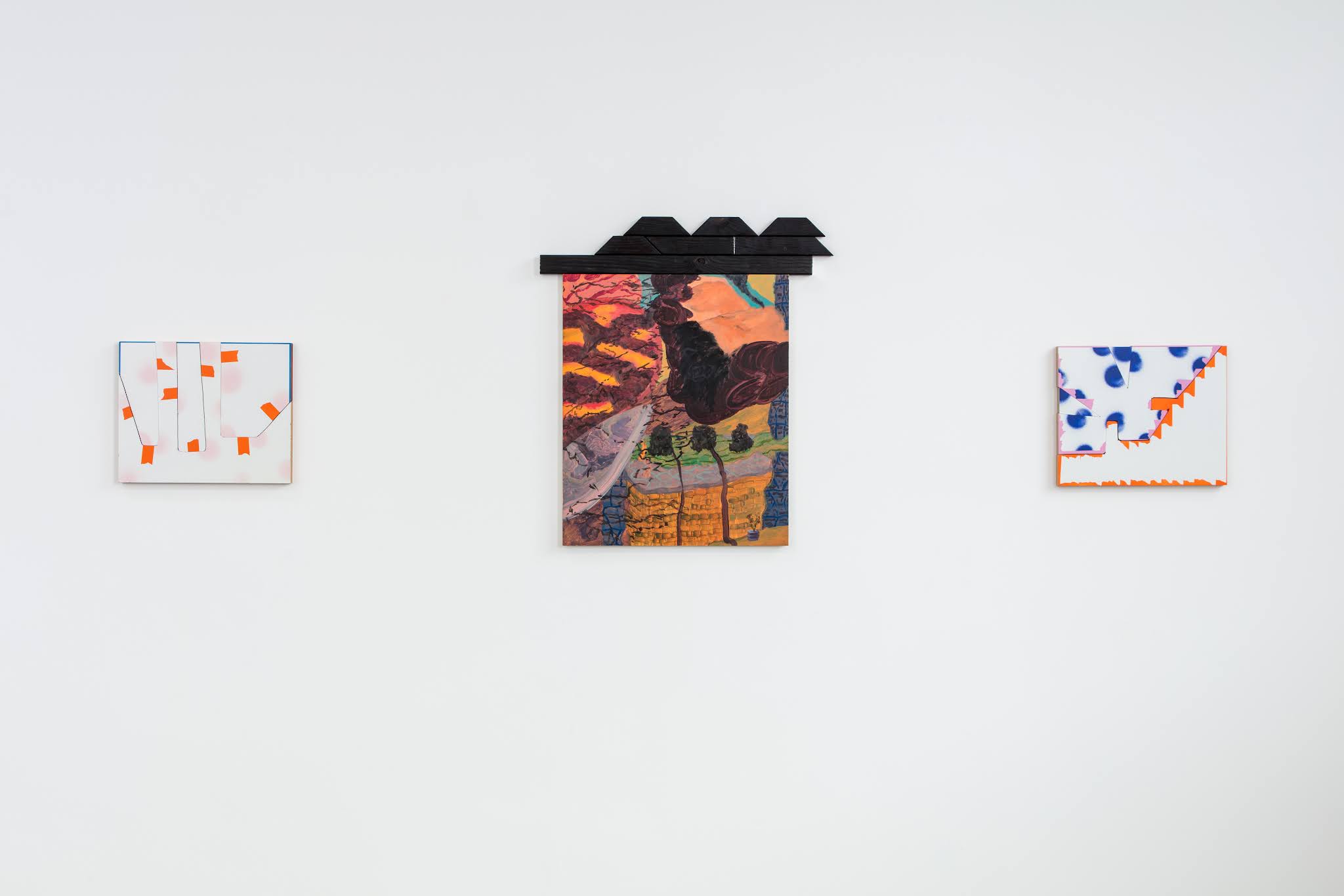 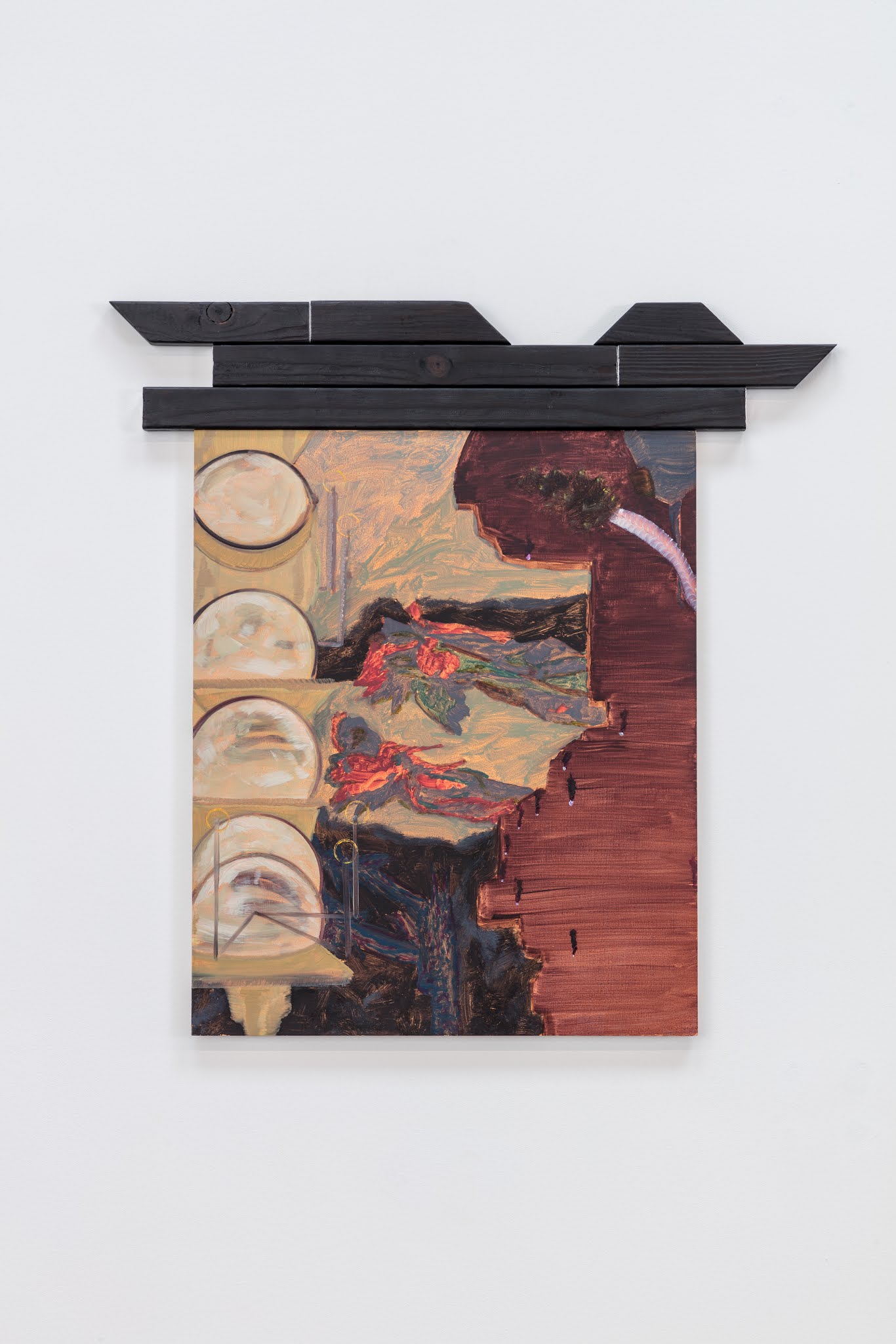 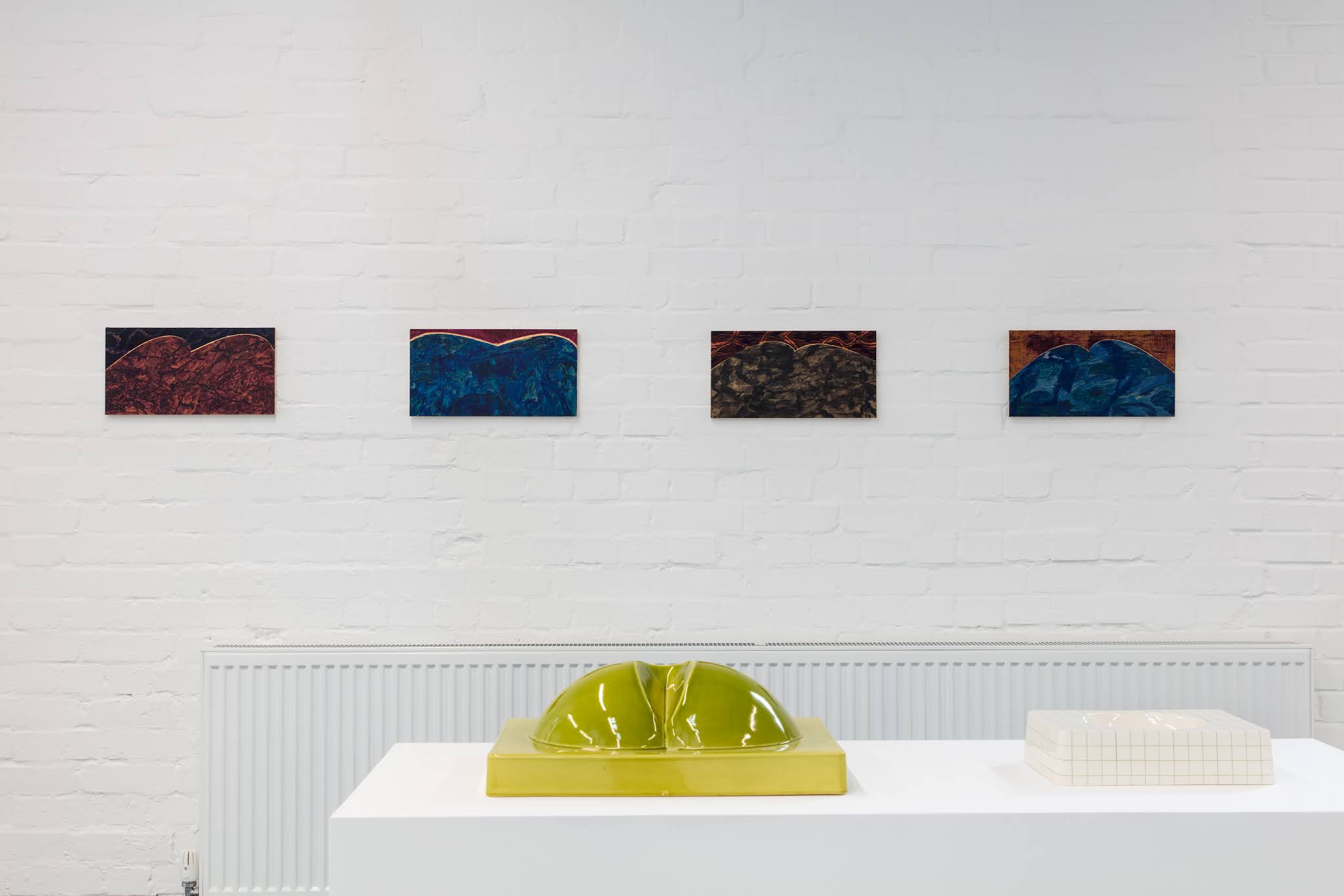 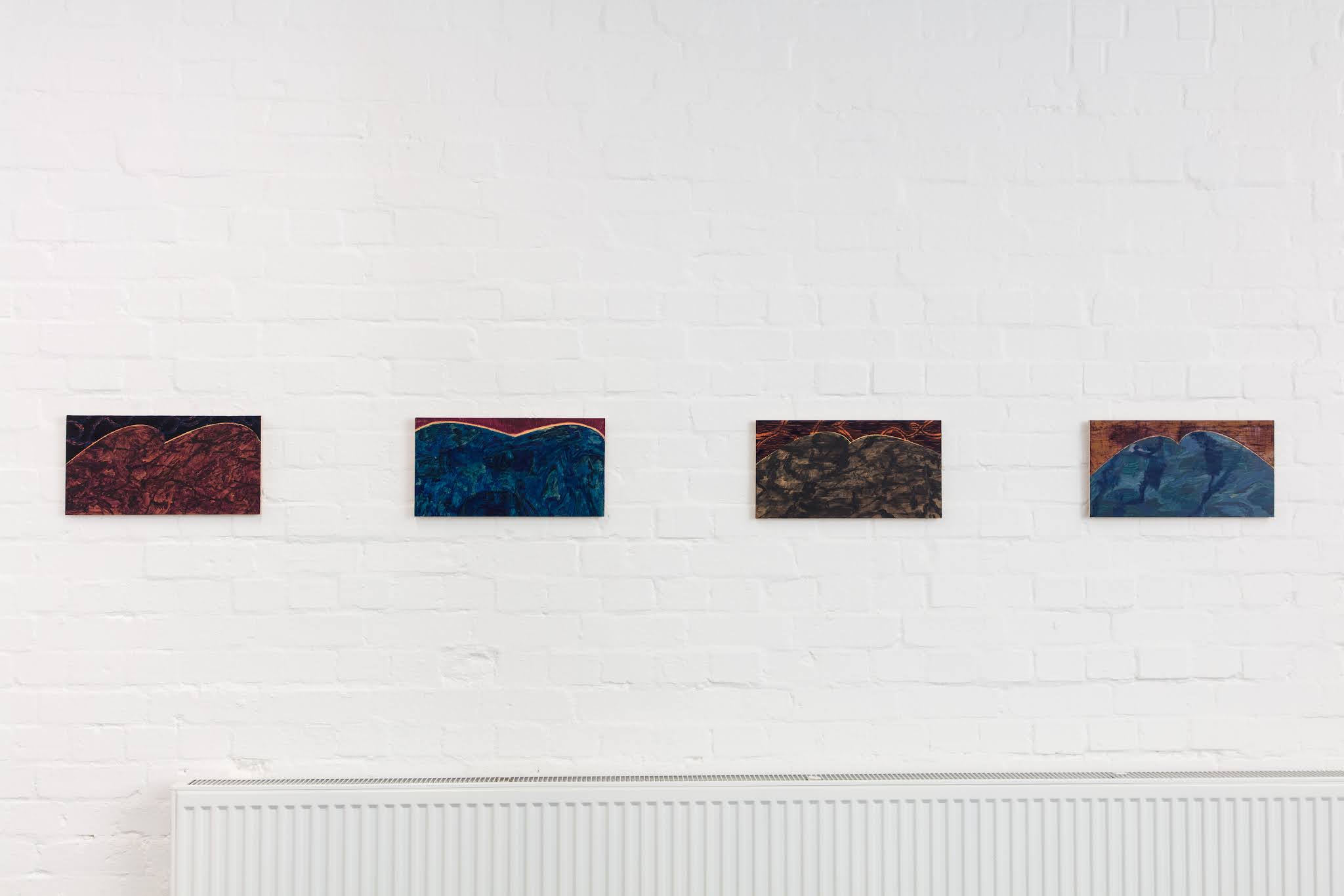 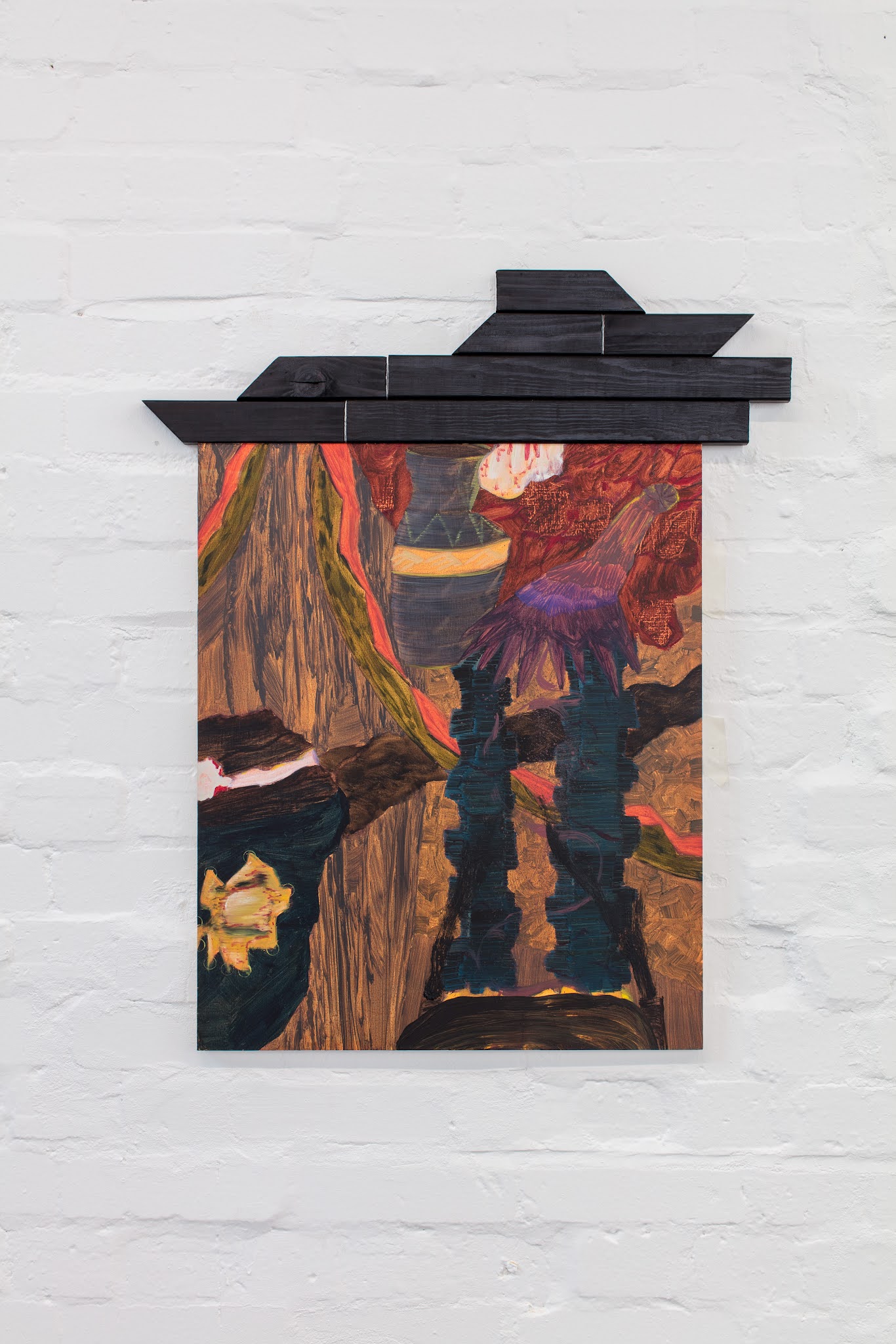 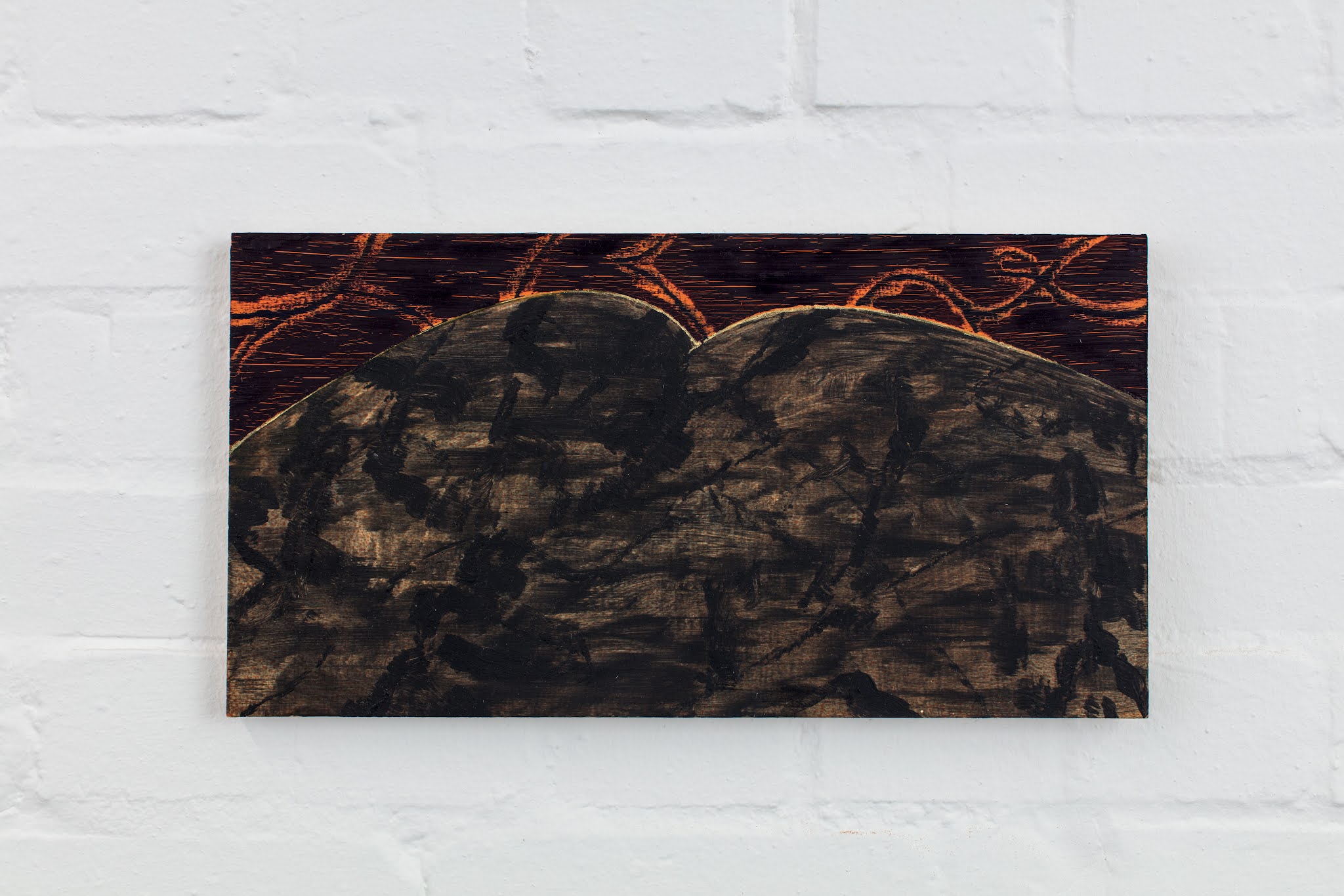 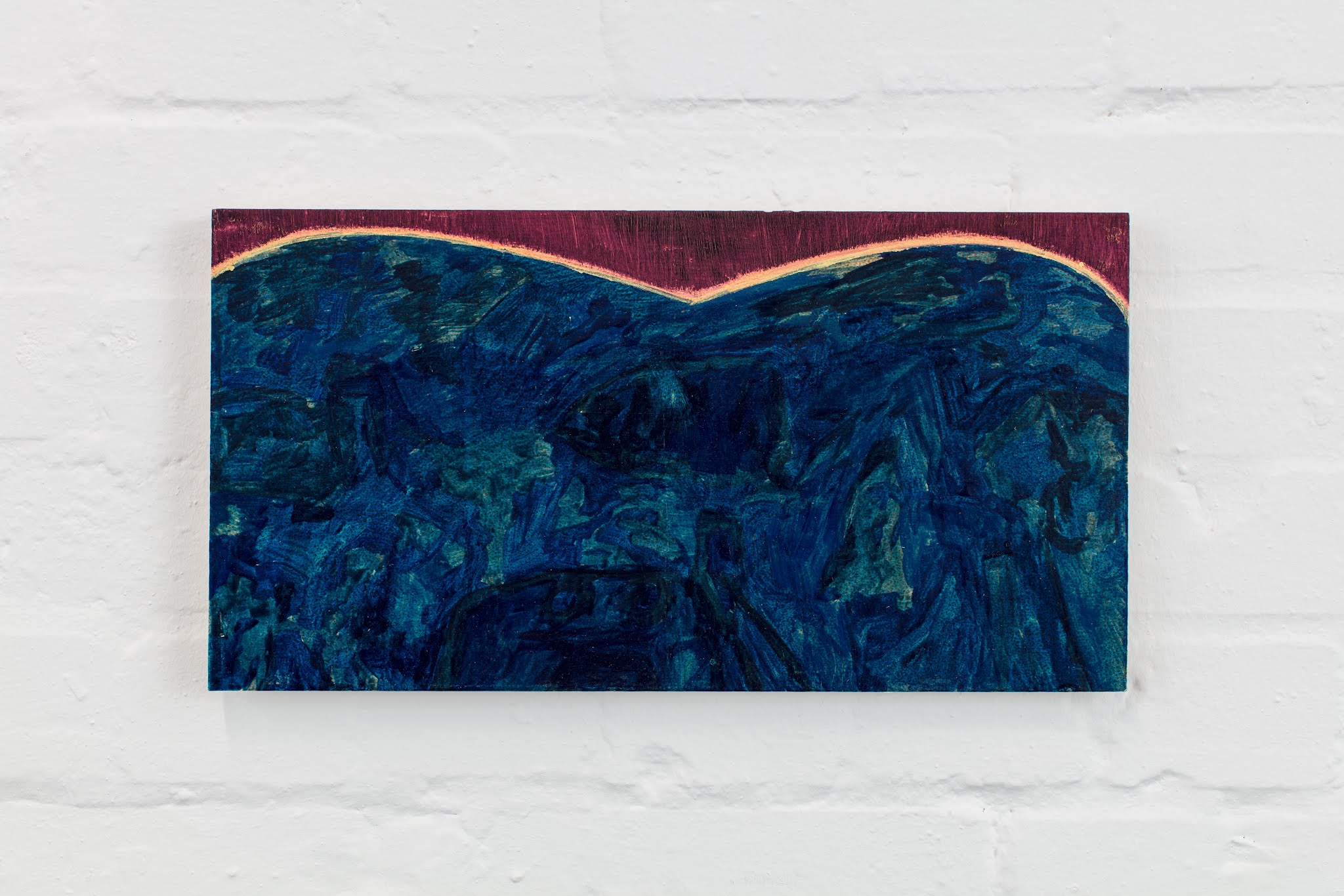 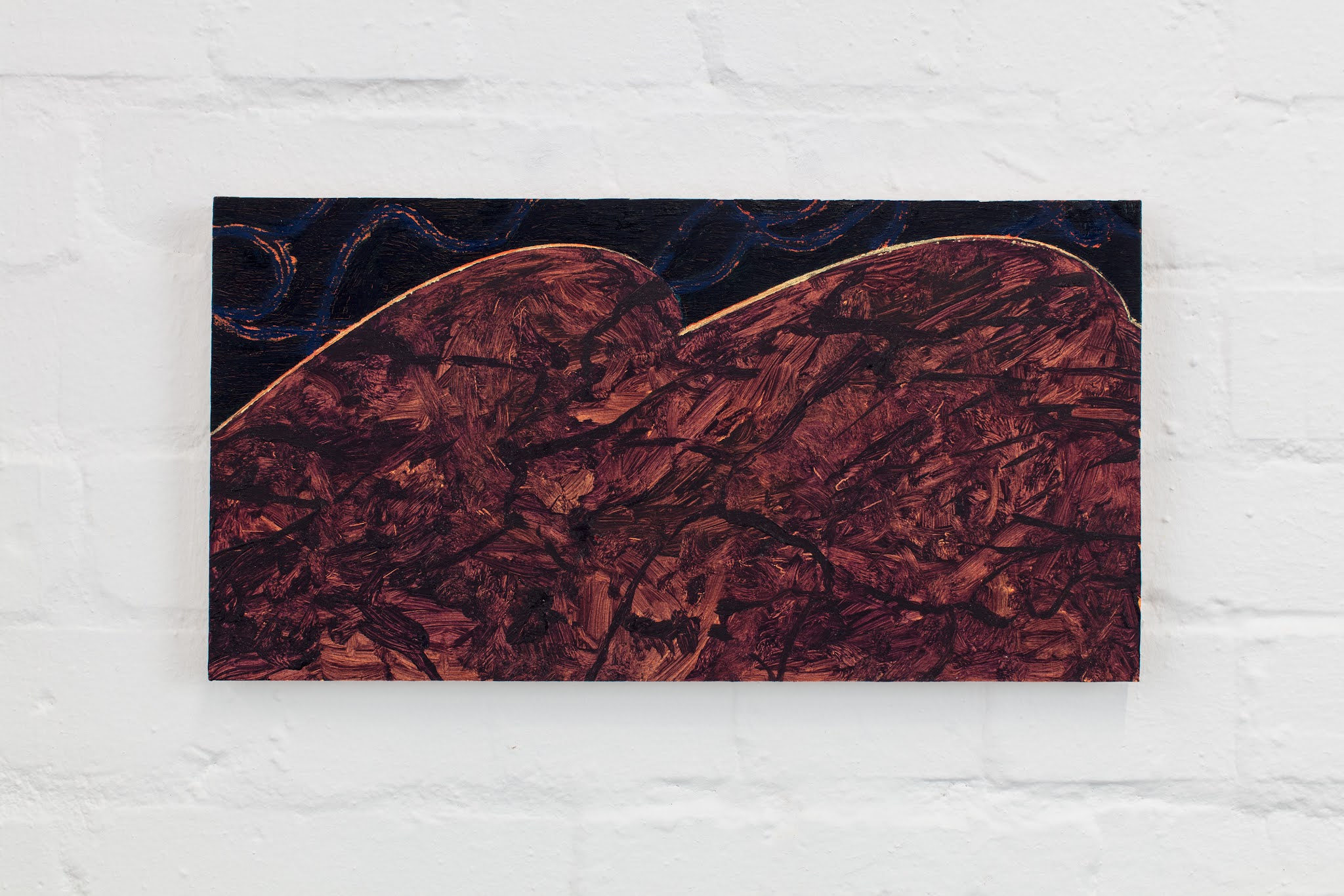 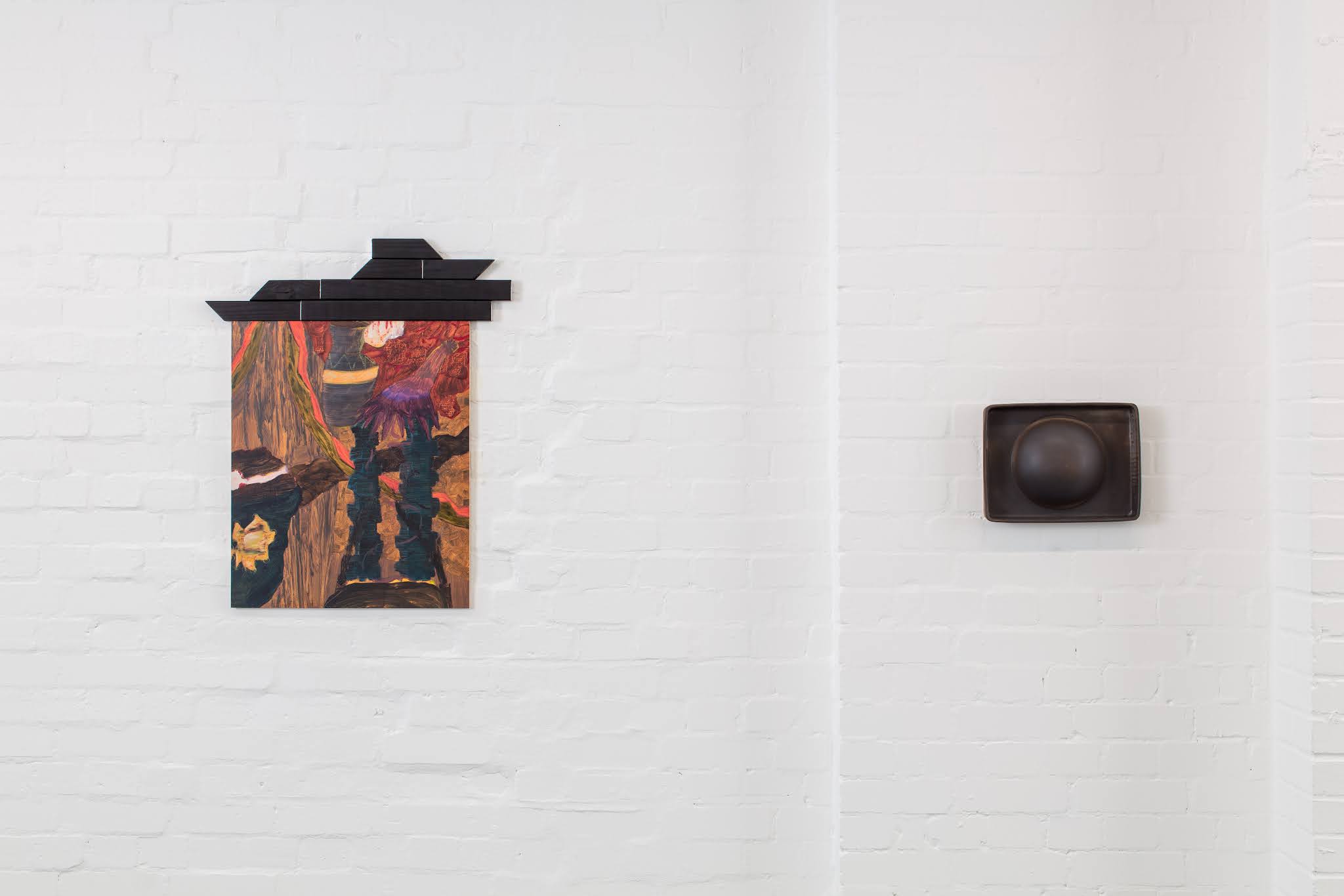 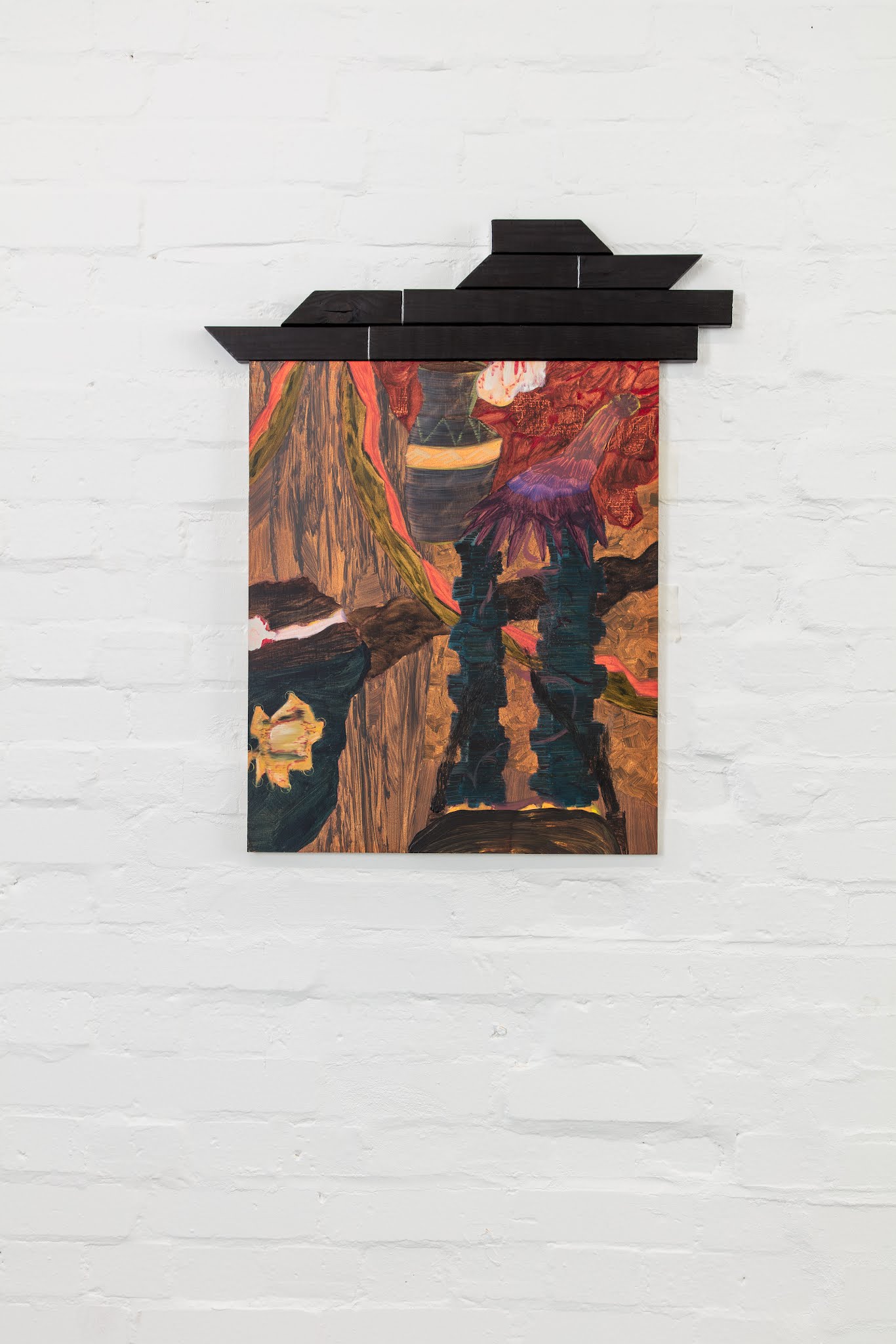 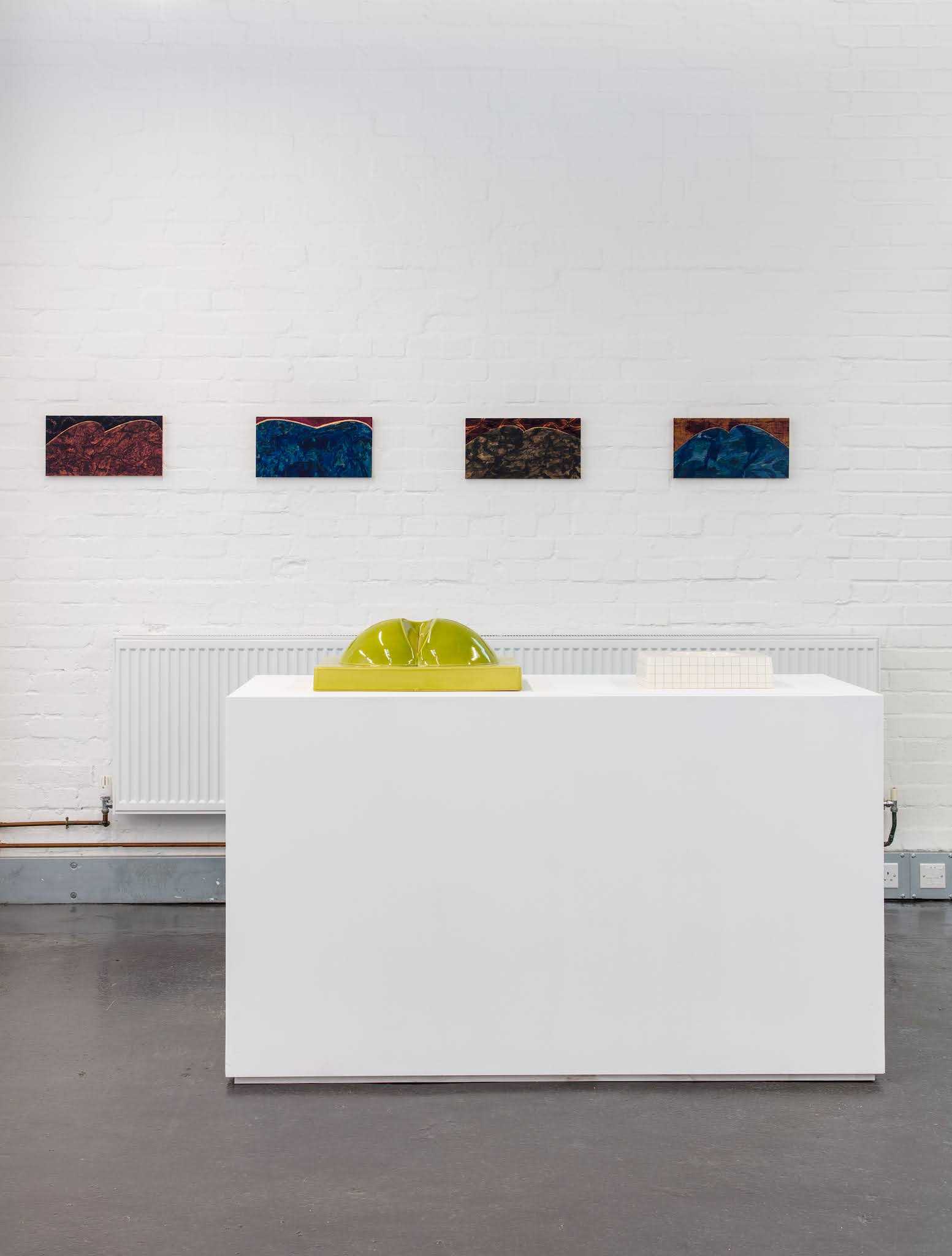 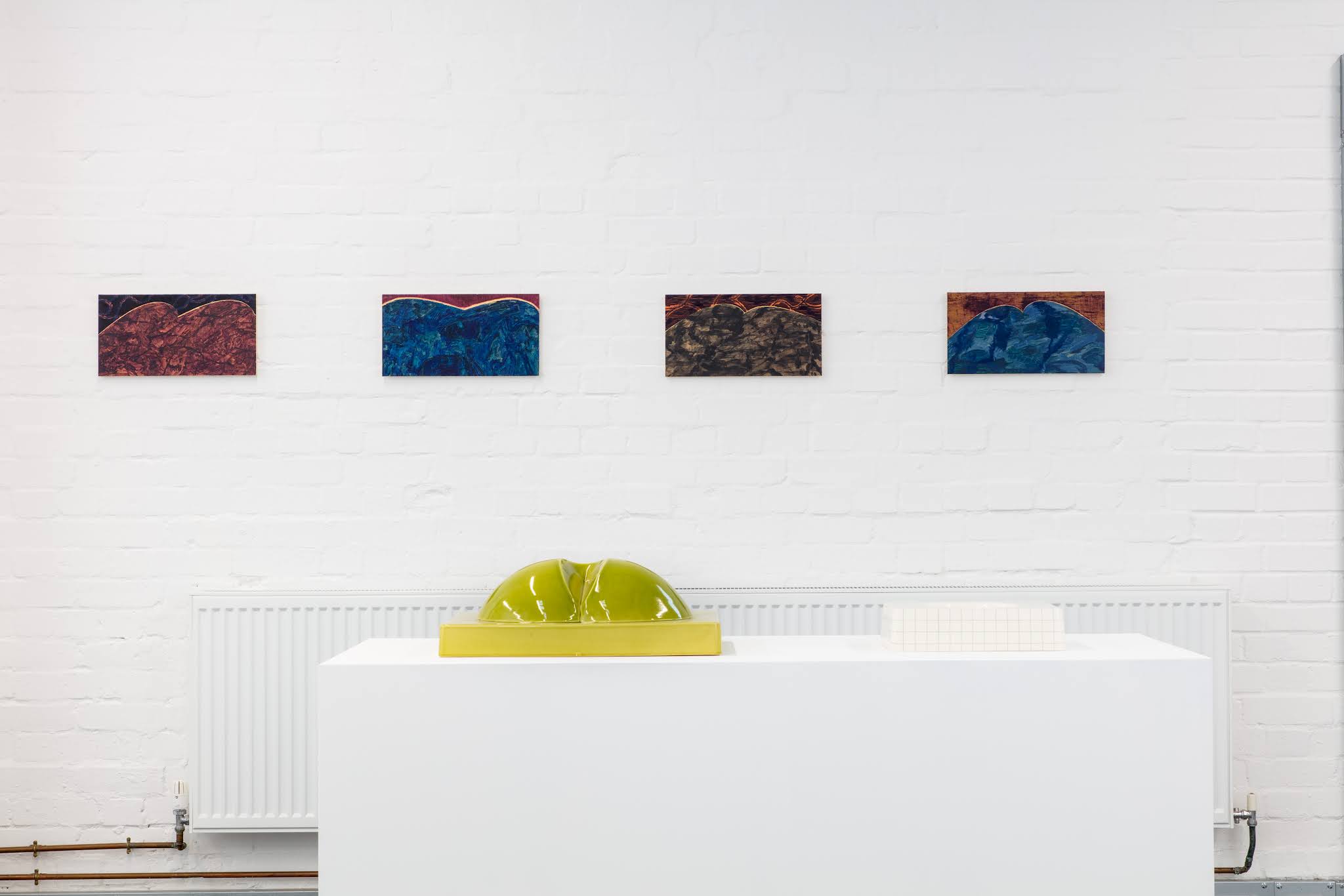 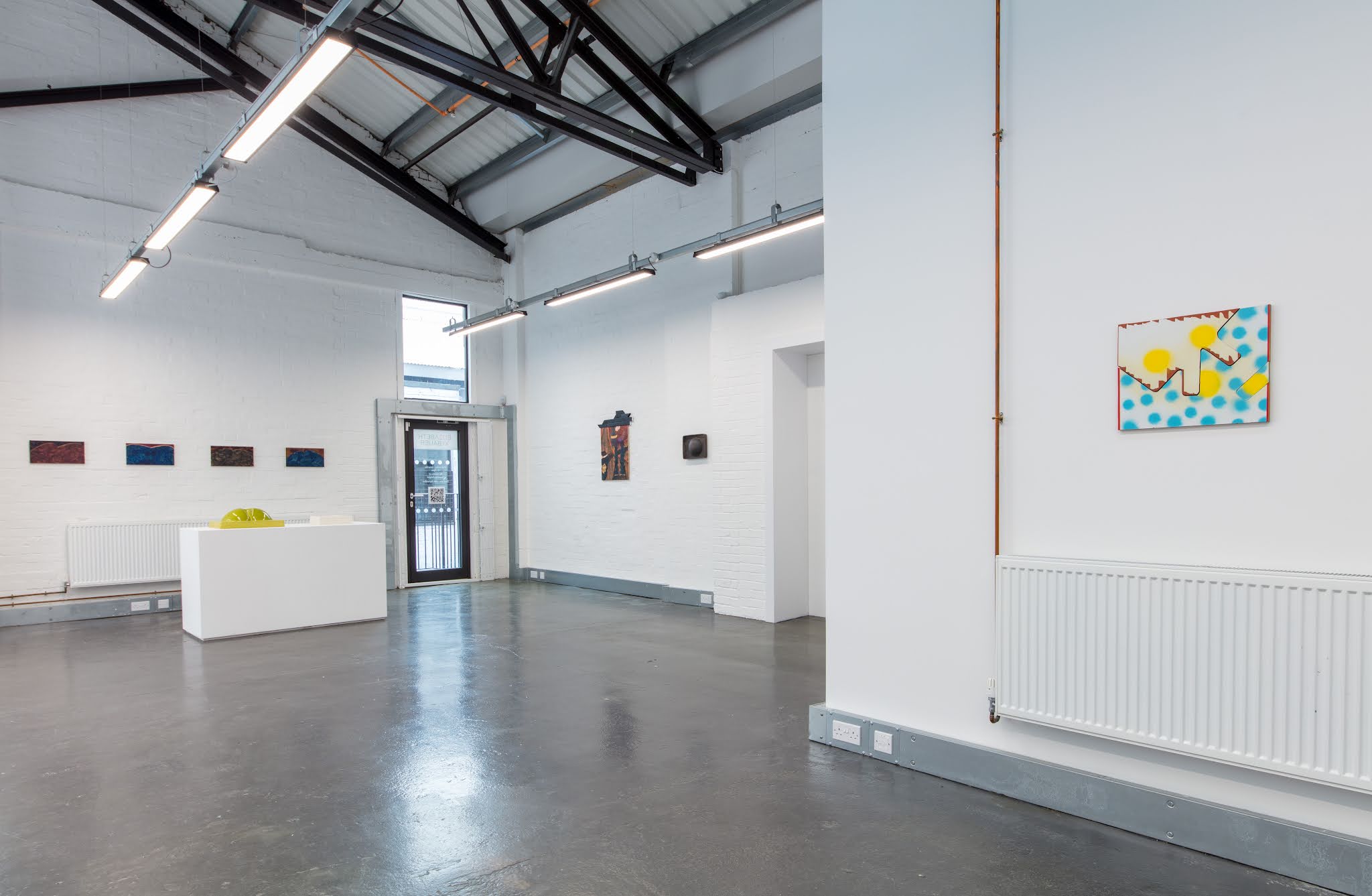 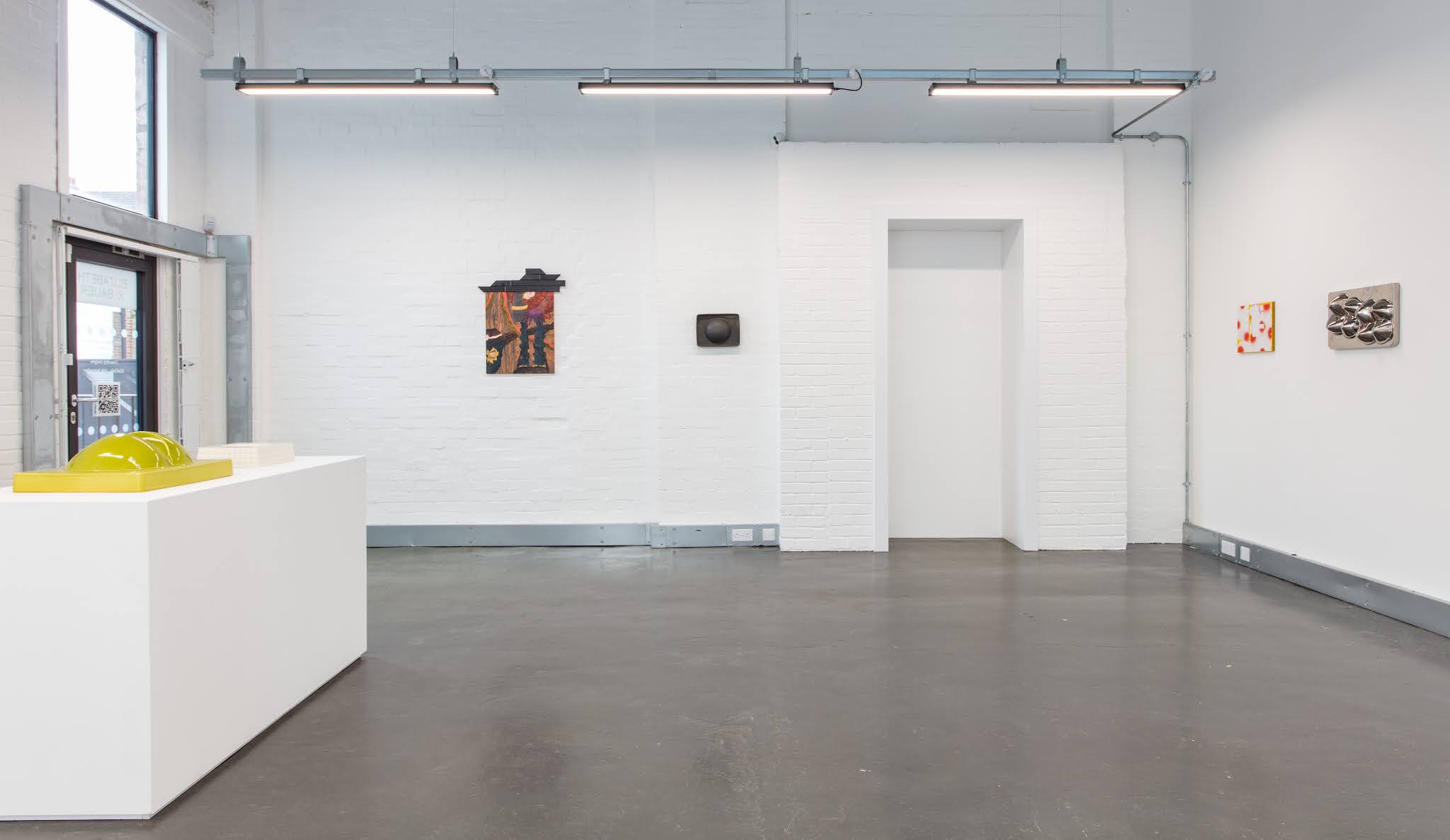 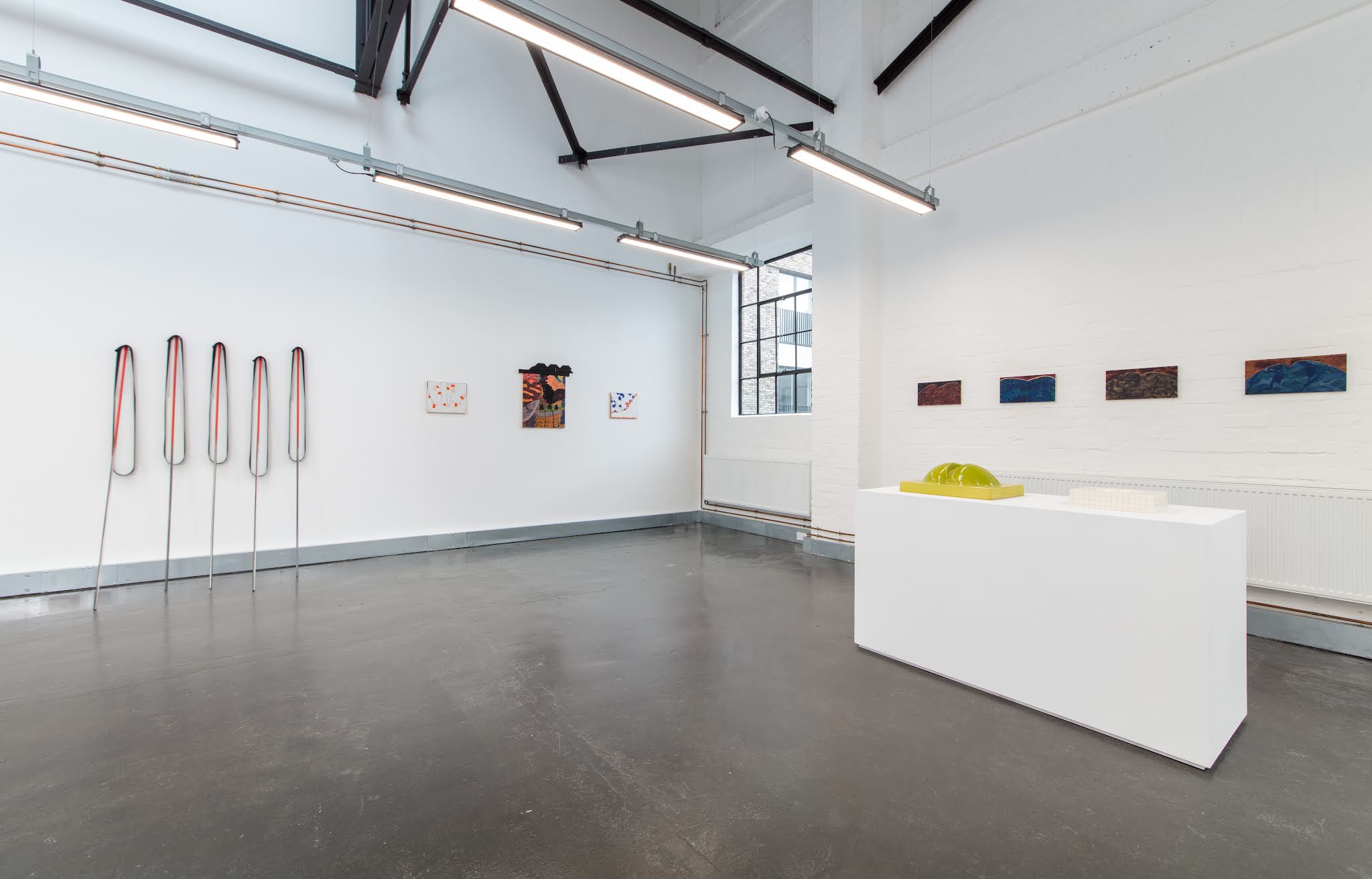 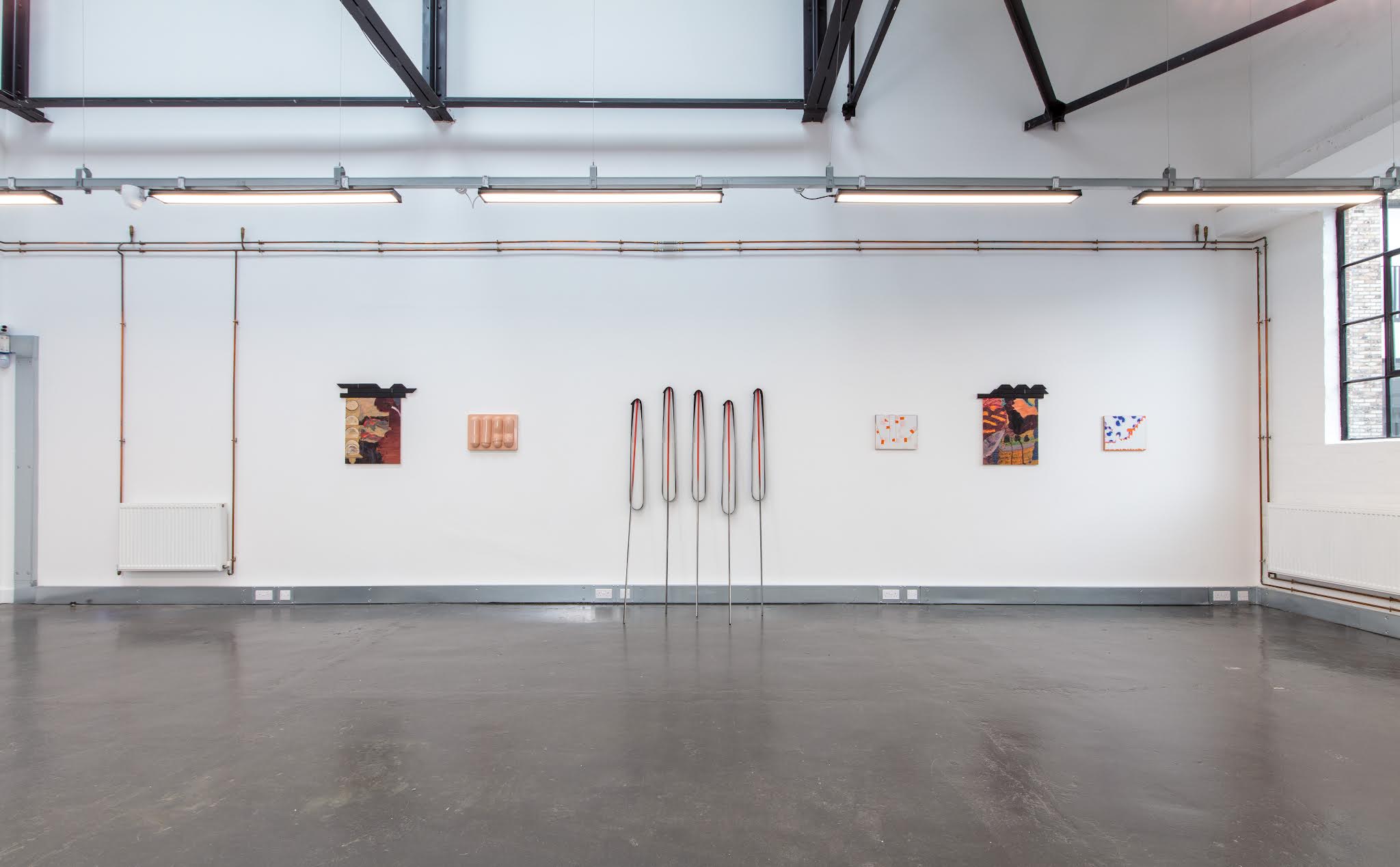 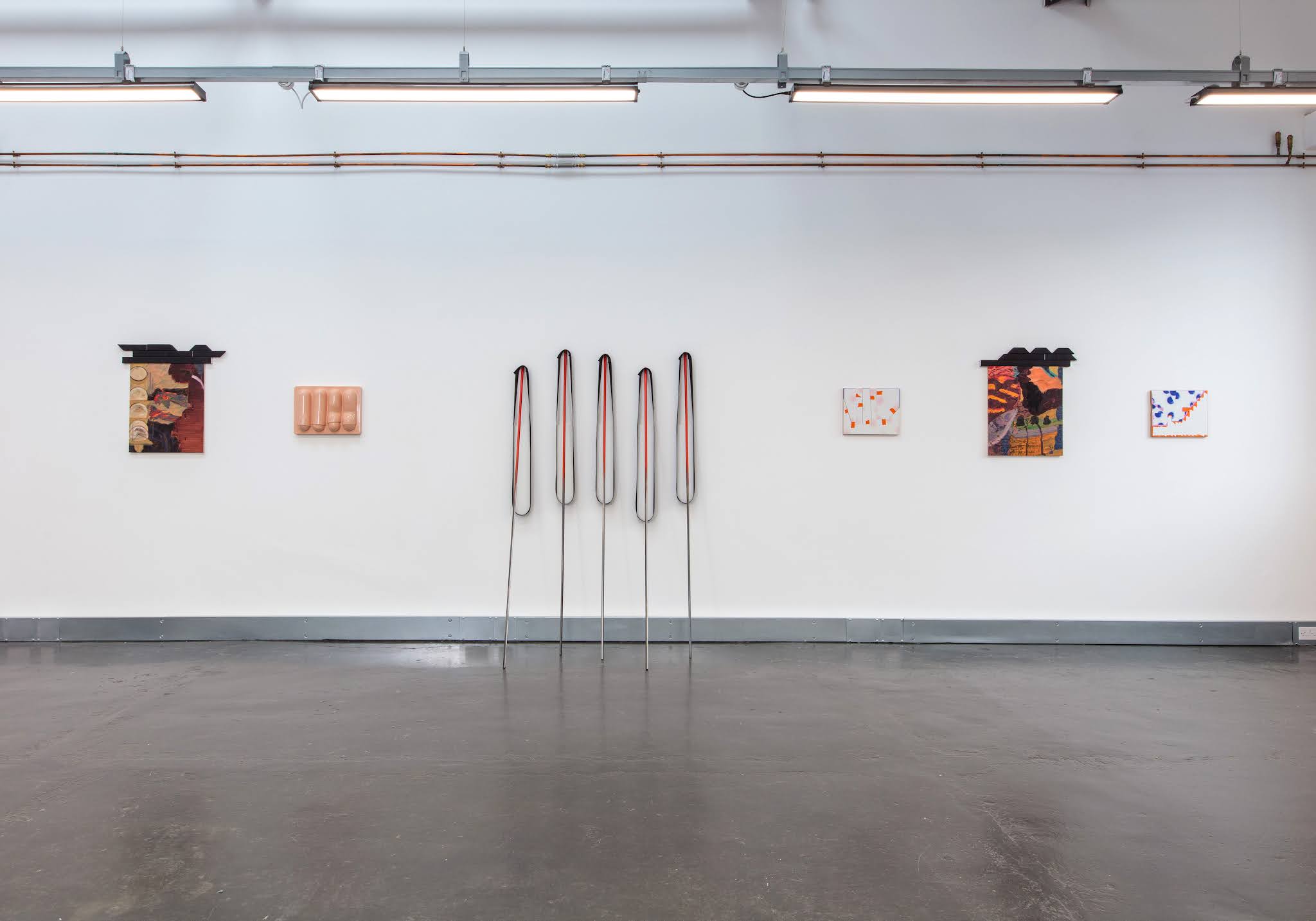 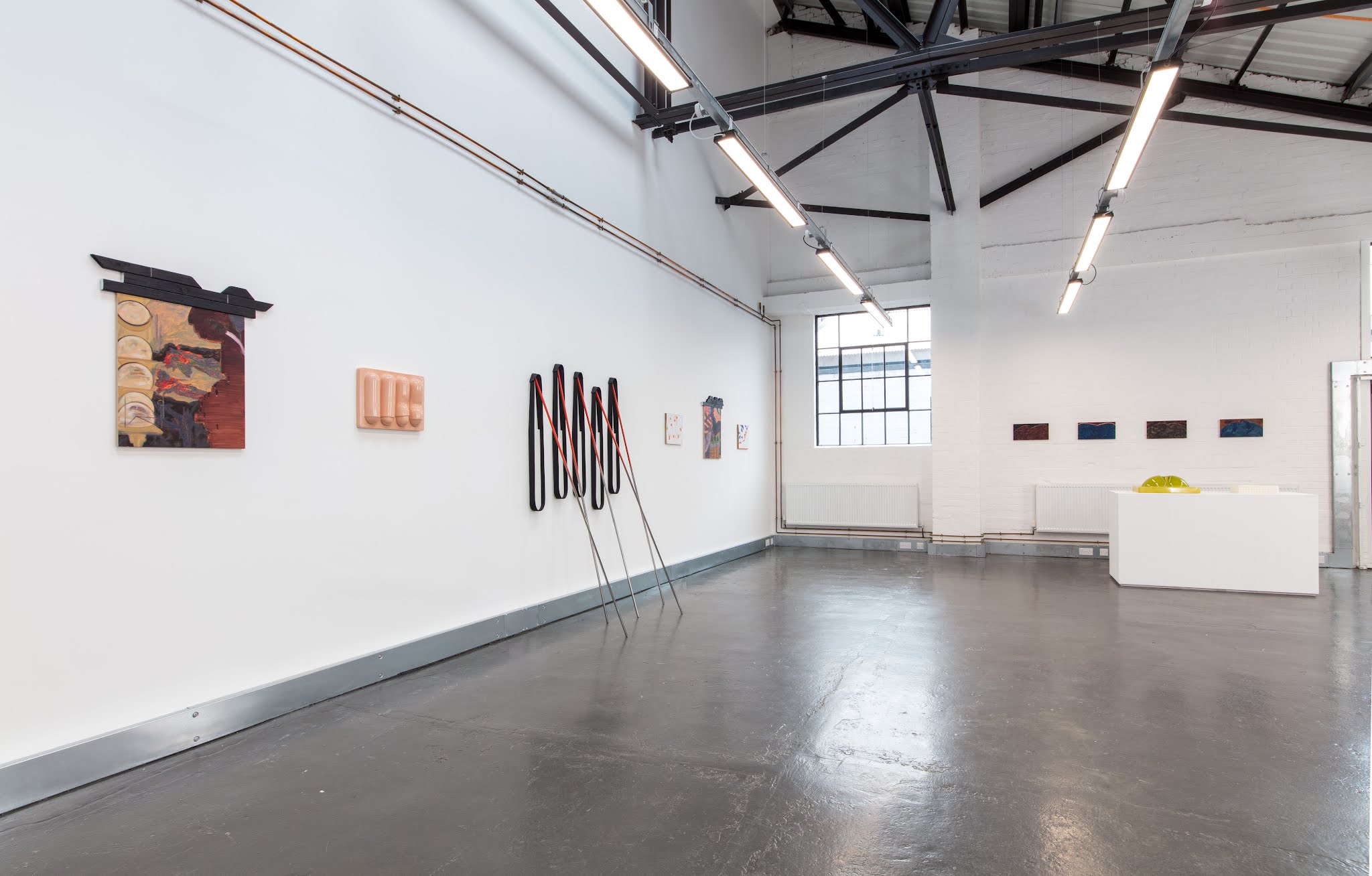 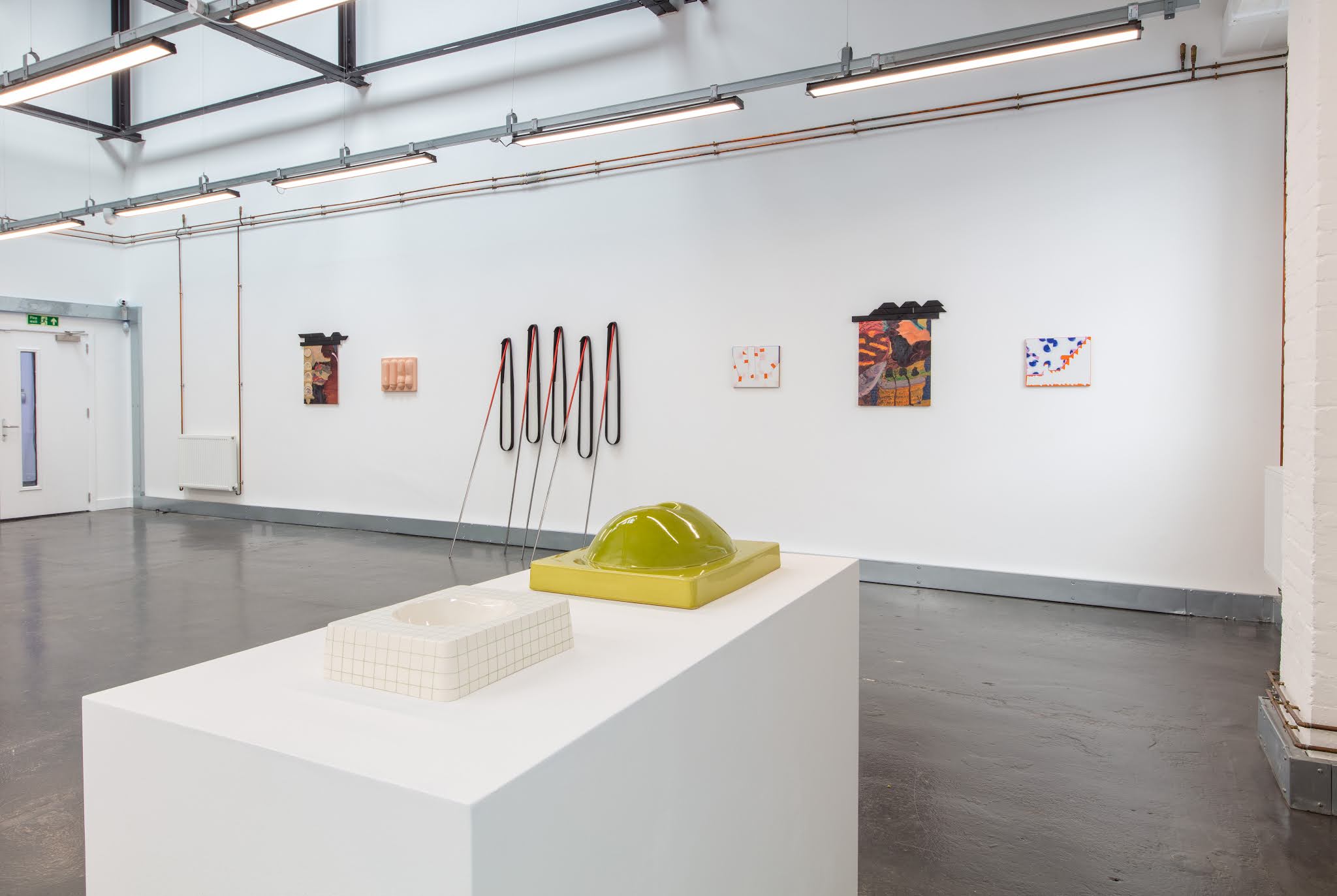 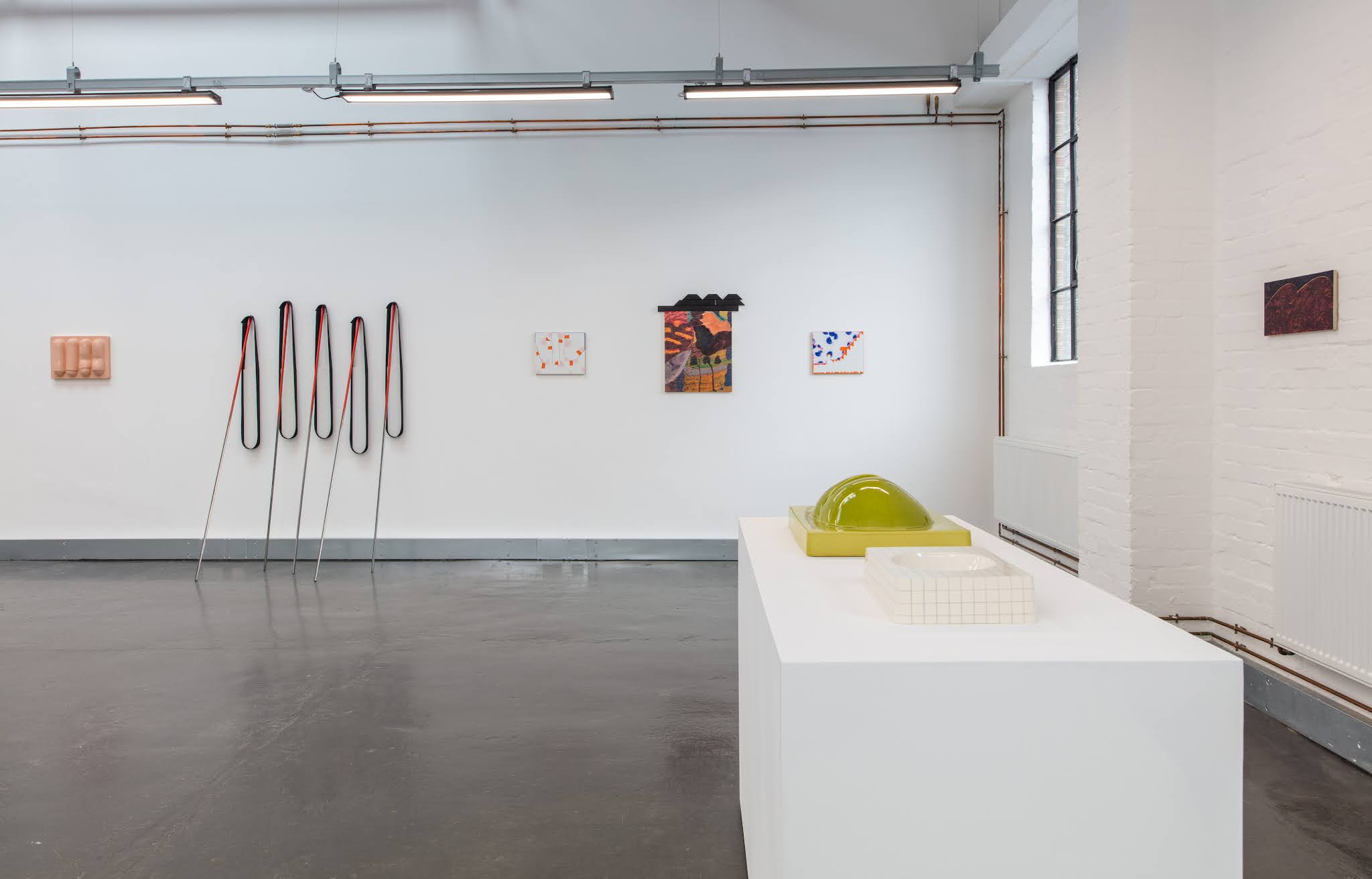 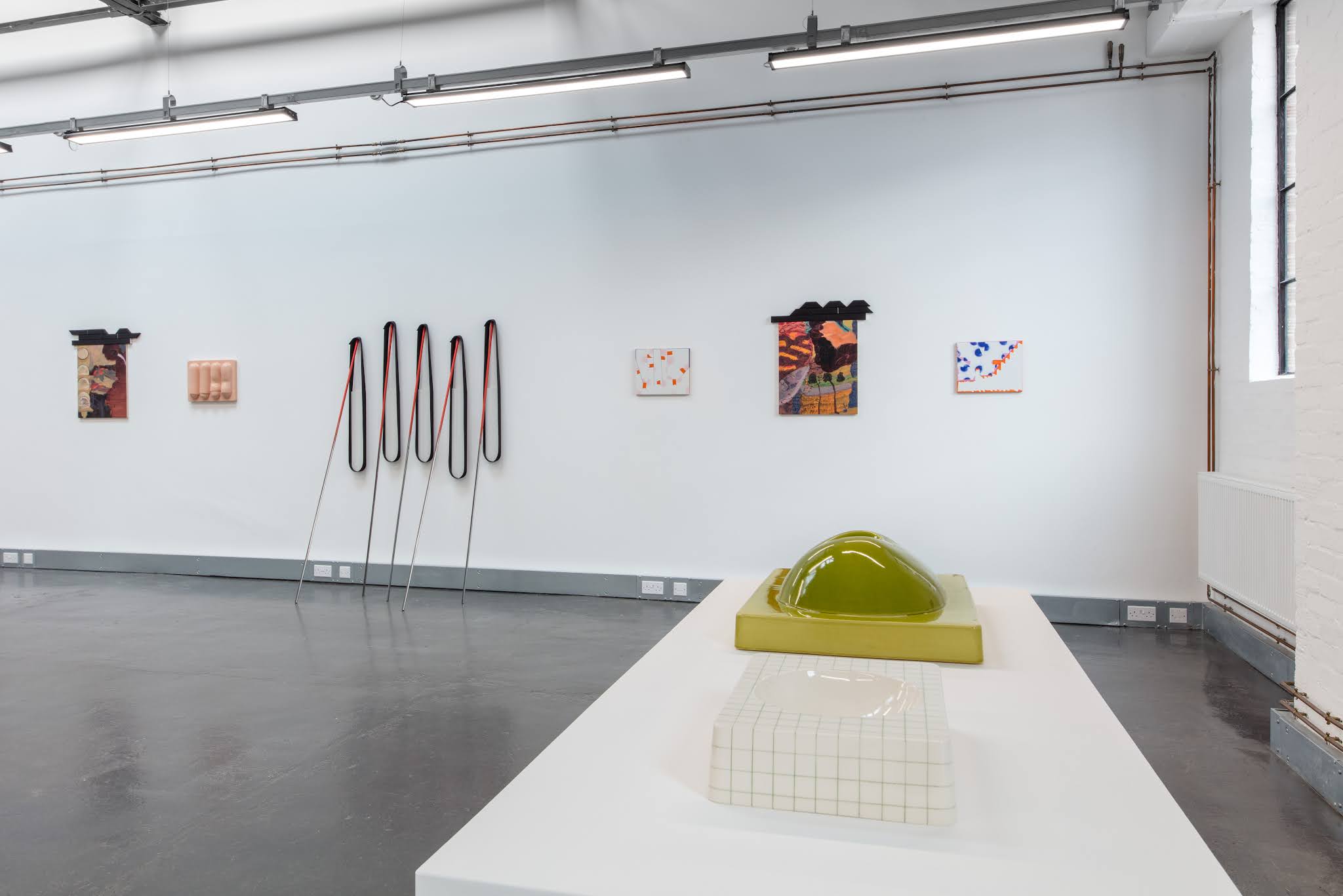 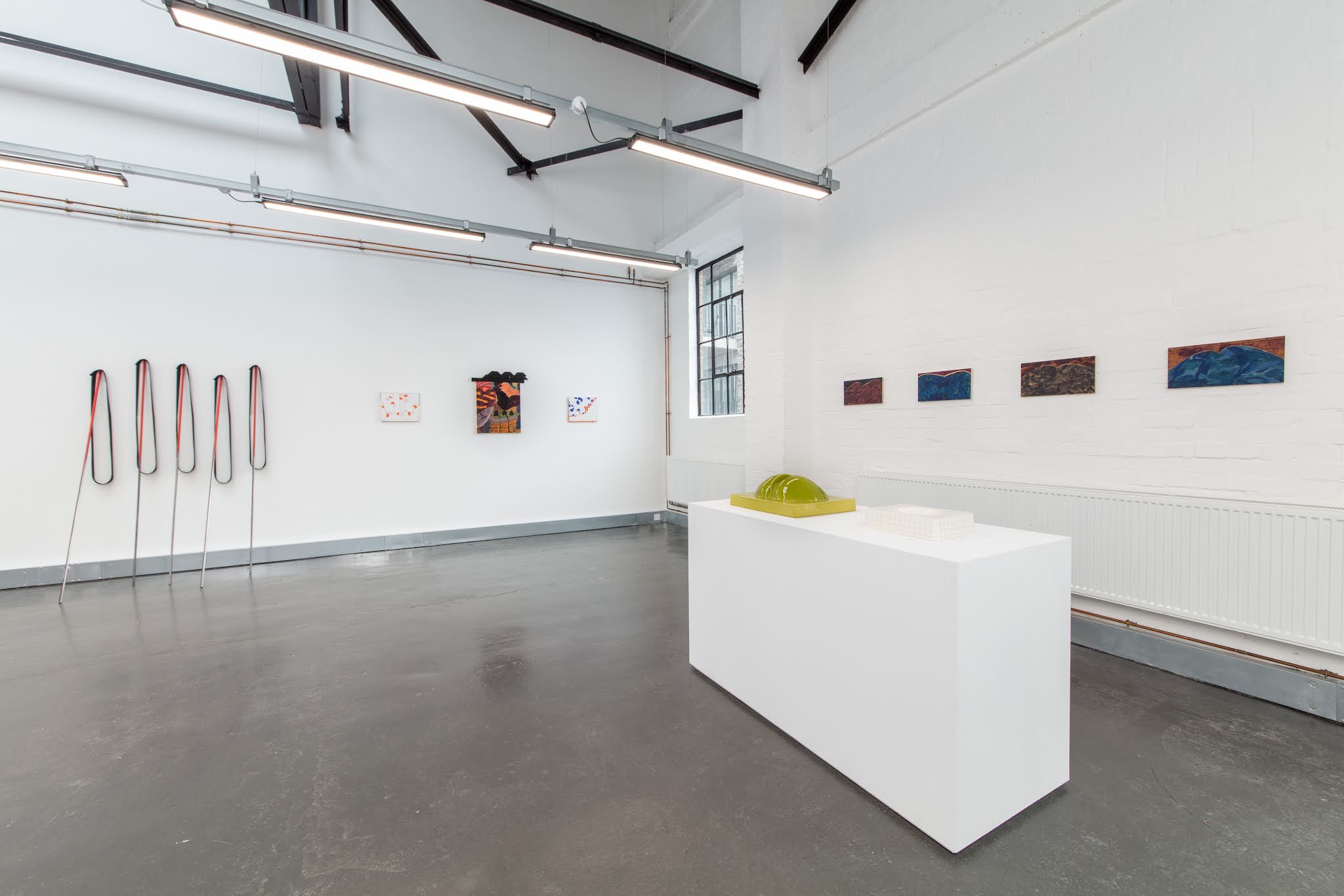 Kritzman’s newest body of work, The Heat series (2020), consists of paintings with sculptural compositions  placed atop. They are made of several  layers of paint, thus having embodied many lives before arriving at their final form. This modus operandi invites the viewer to let the gaze flow lengthily towards each of the works, looking for signs and shapes that are not immediately evident, an investigative exercise that is analogue to the logic of seduction. The sculptures that crown the works are compositions made of black wood slabs cut in various shapes. On the flat sides of each ‘roof’ – to use the artist’s term – there are engravings etched by hand. The inspiration for these sculptures came from a research trip that Kritzman made to Japan a few years back, more specifically from a pilgrimage through temples in the island of Shikoku. The way in which structures were built in such temples, as well as in gates and bridges, pilling up blocks of wood, have informed this work. Kritzman further shows a series called M as Ha, where he depicts variations on a same theme through a somber palette of colours, made mostly of browns and blues. Their subject matter can be perceived as two hills, the top of a heart, the representation of someone’s bottom – or yet, a pair of eggs cut in half.

Such ambiguity of form can also be seen in the work of Nicolas Deshayes, whose sculptures on show play with the crossovers between geometry and erotic imagery. Granny Smith Foundation (2018), for instance, is a shiny green object made of two mirrored half-moon shapes positioned with a slit in the middle, thus resembling a buttock. Works like Dolomiti and La Laitière (both 2019) are reminiscent of female breasts and penises respectively – but could also be regarded as coffee filters, kebab wraps of whatever picture one’s imagination wishes to convey. Deshayes’ titles commonly allude to places, either fictional or existing ones:  Prairie (2019) literally means grasslands, the Dolomite Mountains are the evident homaged behind Dolomiti whereas Granny Smith Foundation alludes to a fictional place – and perhaps even a fictional granny. This nod to geography and moreover to architecture, is reinforced by the works’ aesthetics: pieces like Paquerette and Soleil Pourri (both 2019) or the already mentioned Prairie, are embedded in a futuristic aesthetics, like architectural models of ultramodern buildings and monuments. While some of the sculptures are hung on the walls, others are displayed over a plinth, further emphasising their architectural quality.

Alexandre Canonico’s background as an architect can be felt in the manner the artist handles space. His most recent group of sculptures are MDF boards that are cut, spray-painted andreassembled, again forming a perfect square – albeit with slits between parts. This gesture is reminiscent of Enzo Mari’s Animali puzzle, in which sixteen animals are cast from a single wood block, but unlike Mari, Canonico’s cutouts are abstract, geometric and – similarly to Deshayes – often graphic. Their painting is minimal and commonly aided by masking tapes, which preserves large parts of the raw surface while allowing the creation of a ‘negative’ area of colour. As the blocks are painted separately, there isn’t an overall composition plan but rather a feeling of interruption: inasmuch as the forms fit perfectly together, the colours intentionally misfit. The artist further shows a sculpture titled Far Fishing (2019) made of straps with pieces of cut MDF inside, held together by steel tubes placed diagonally from wall to floor. Though the oval-shapes formed by the straps all have different heights, the top of the MDF boards inside them form a perfect, continuous line, empowering the piece with a sense of harmony.

Little Frank and His Carp is the second show to take place at Elizabeth Xi Bauer’s new permanent exhibition space. The first, called The Garden of Unearthly Delights, gathered three artists who are inspired by the outdoors to compose their work – namely Theodore Ereira-Guyer, Hamish Pearch and Manuela Ribadeneira. Our next exhibition, the third and last instalment of this inaugural series of exhibitions, will be a a display of paintings by Cătălin Marius Petrișor Hereșanu alongside two artists who are interested in figurative painting.

Alexandre Canonico was born in 1974 in Pirassununga, Brazil. He lives and works in London.

Nicolas Deshayes was born in 1983 in Nancy, France. He currently lives and works in Dover.

Abraham Kritzman was born in 1983 in Israel, where he lives and works.