"In Heaven Everything is Fine" / Christoph Blawert 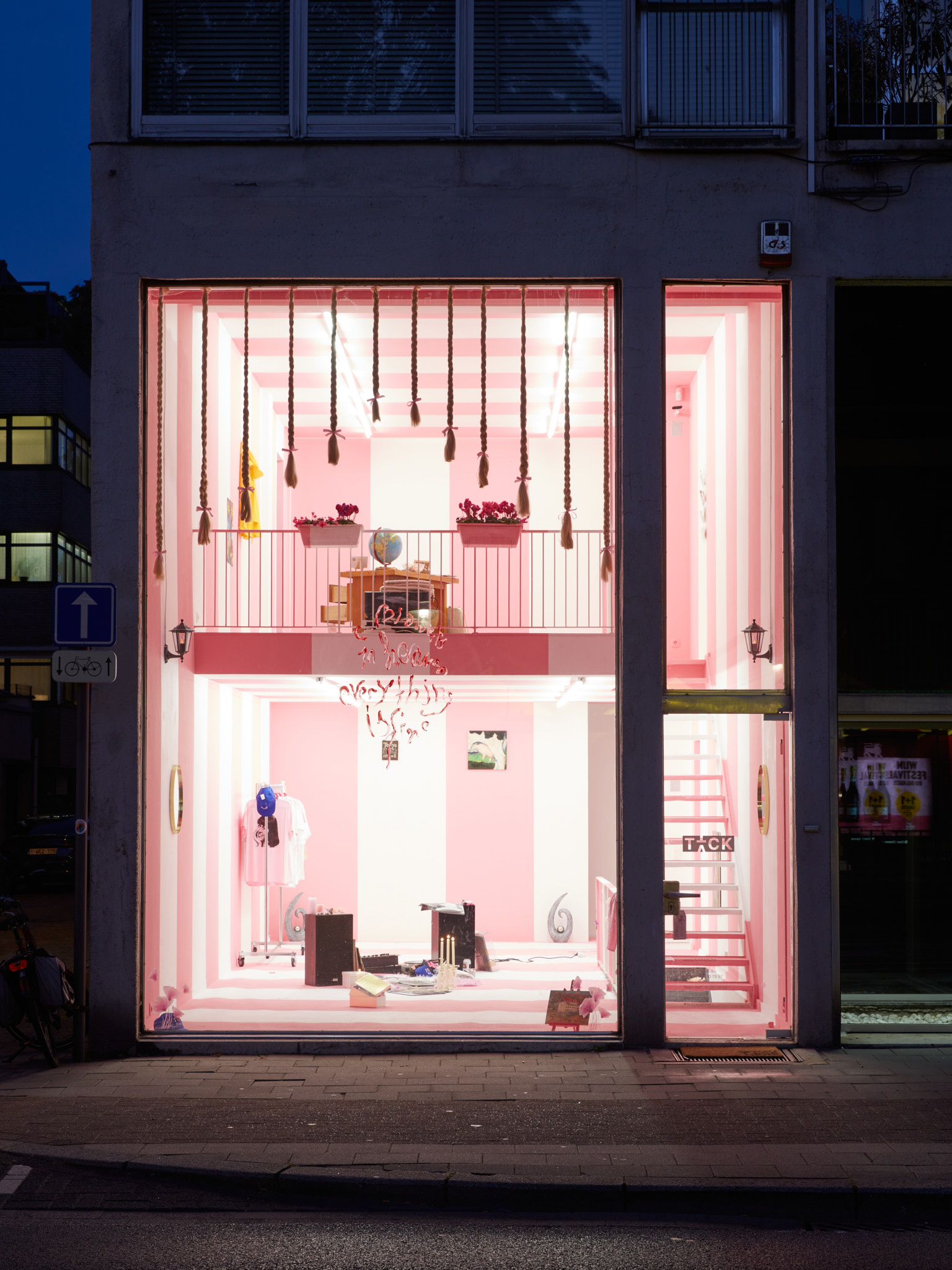 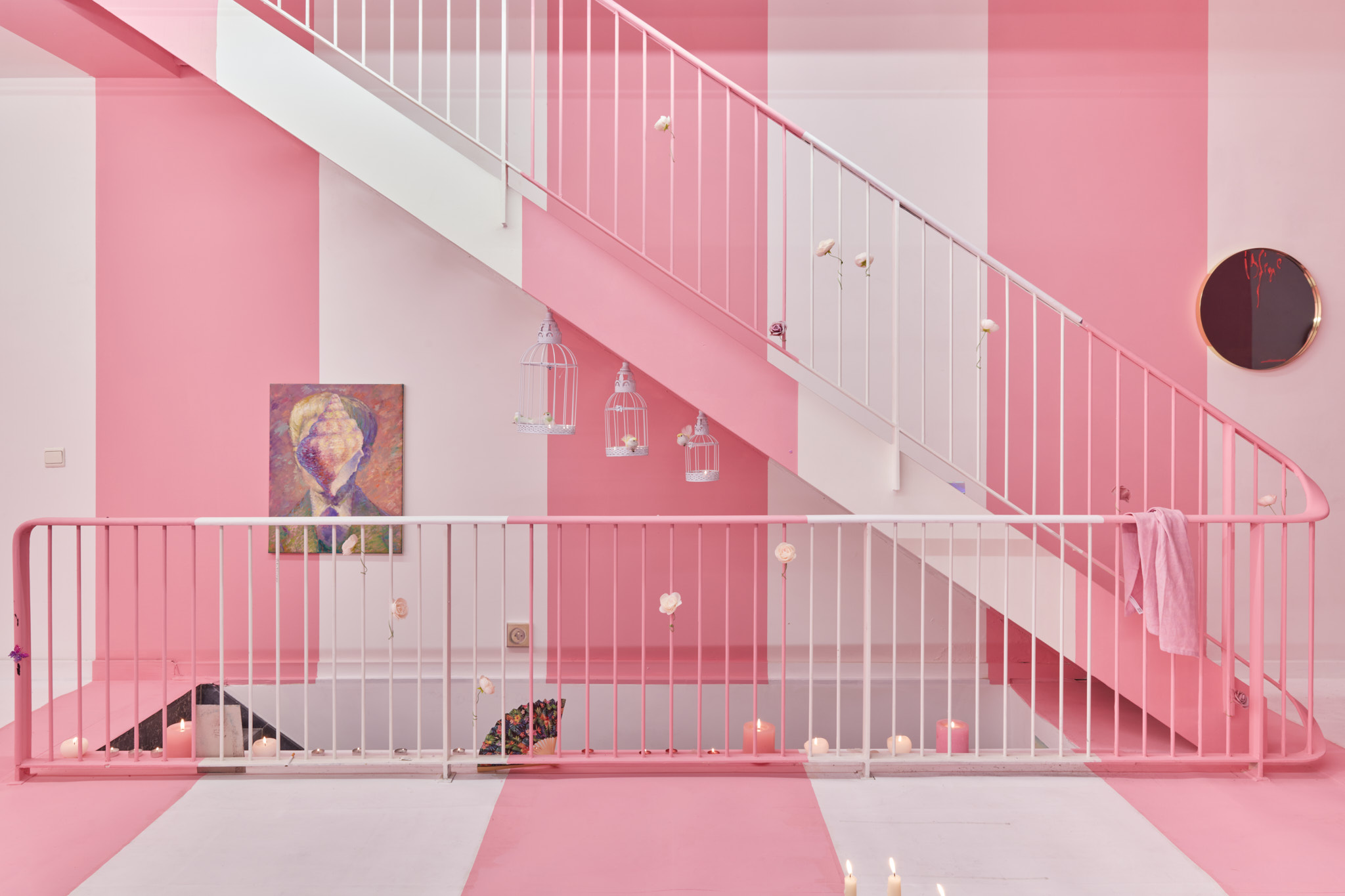 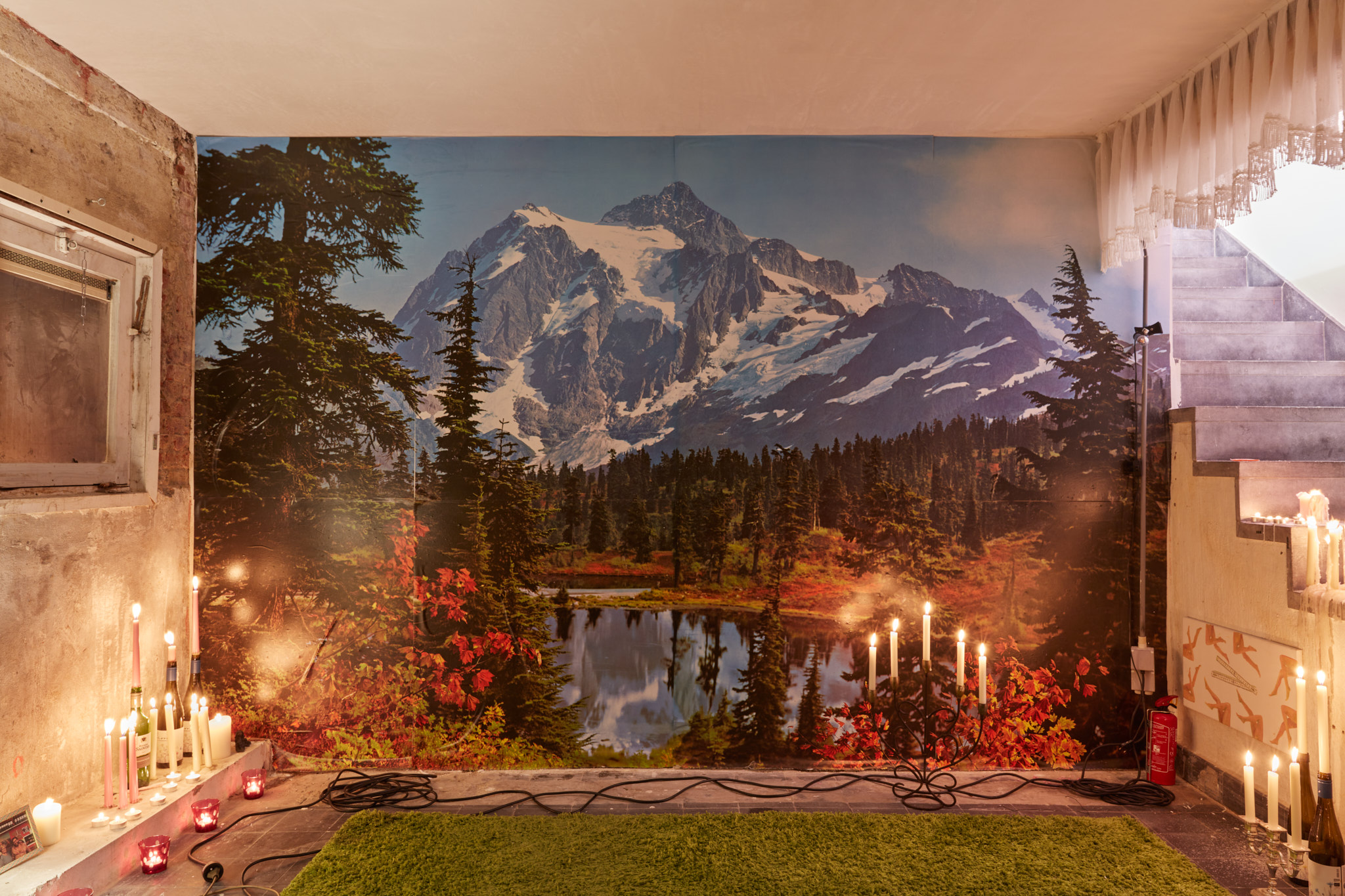 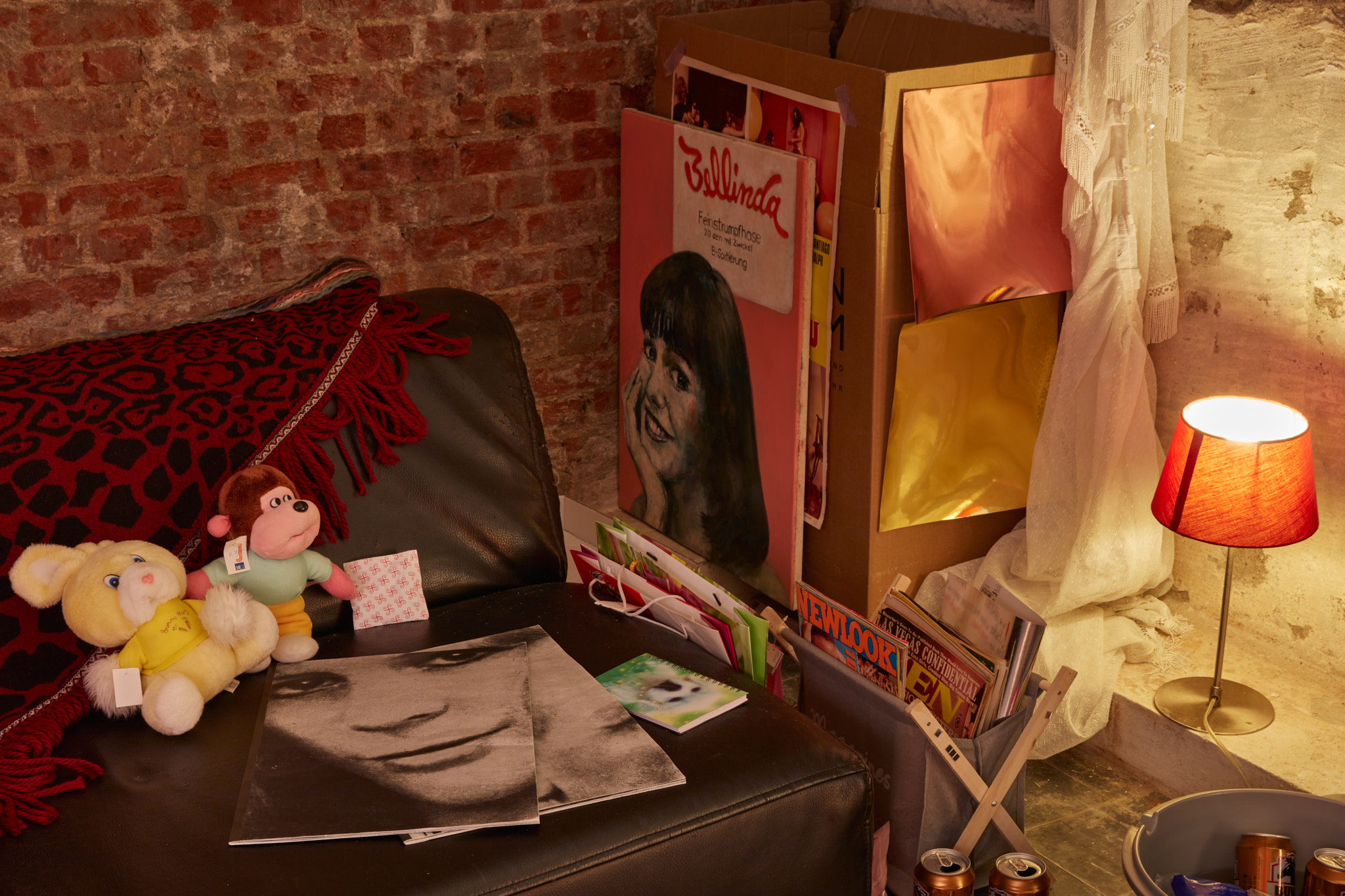 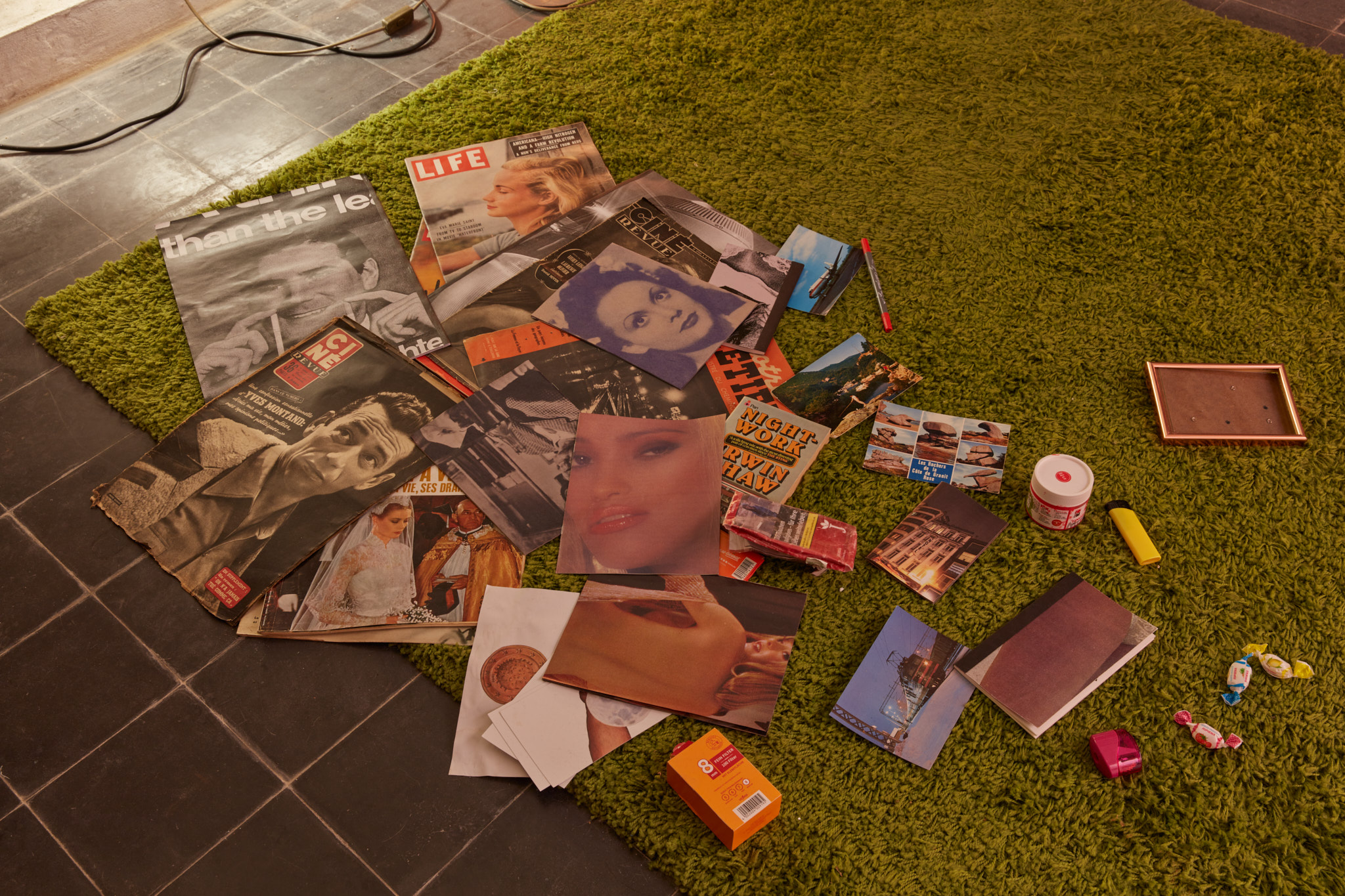 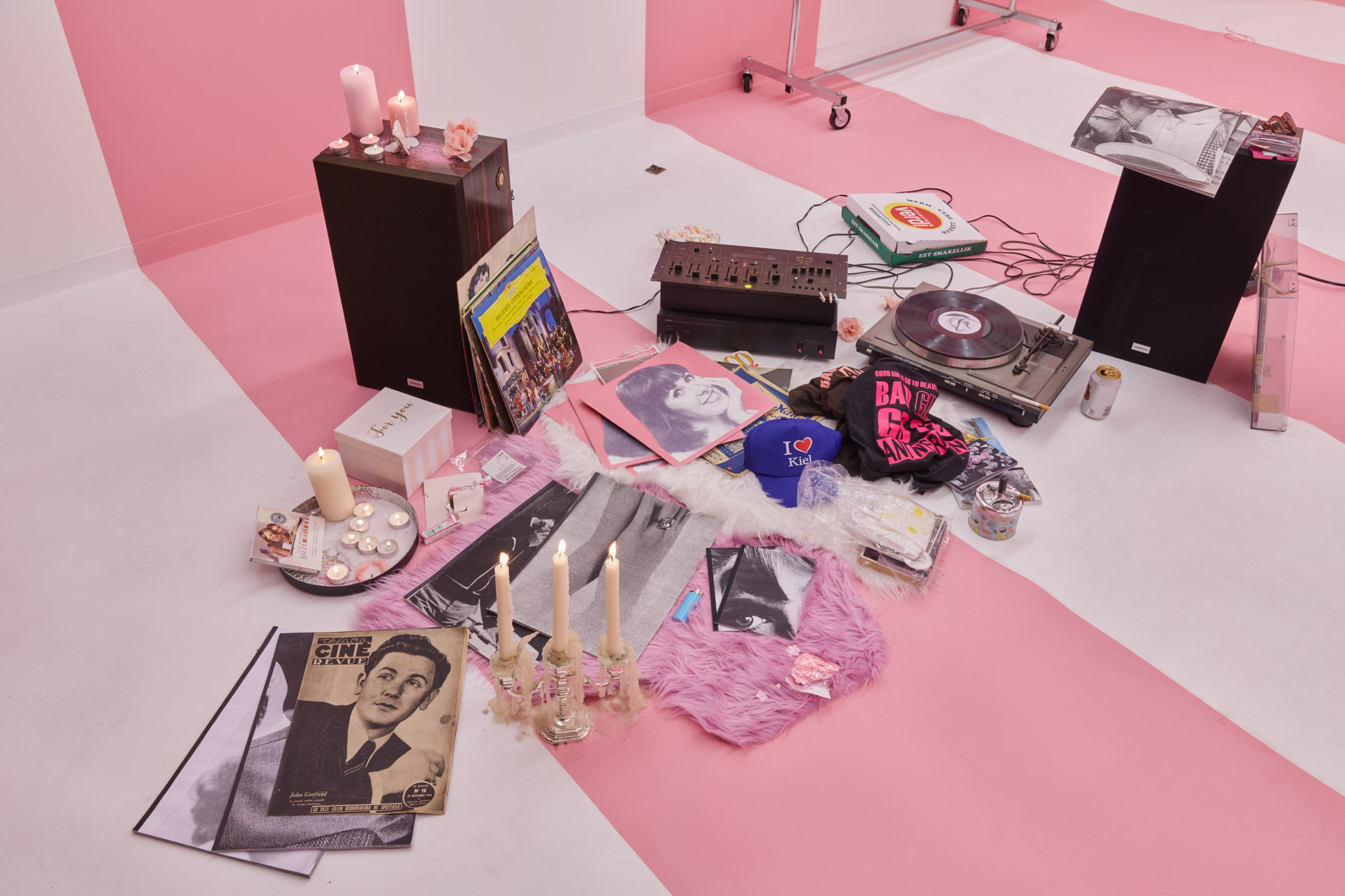 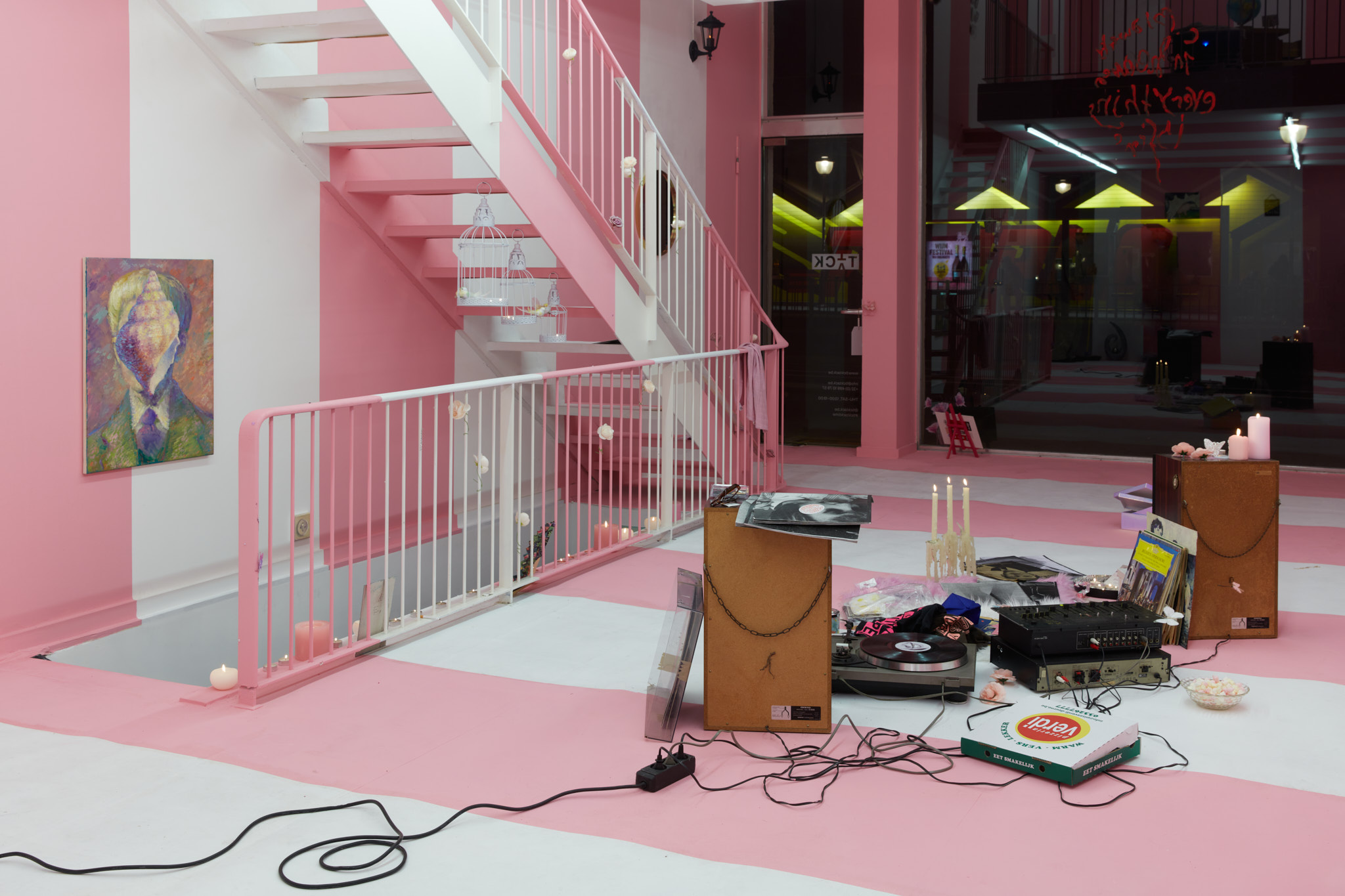 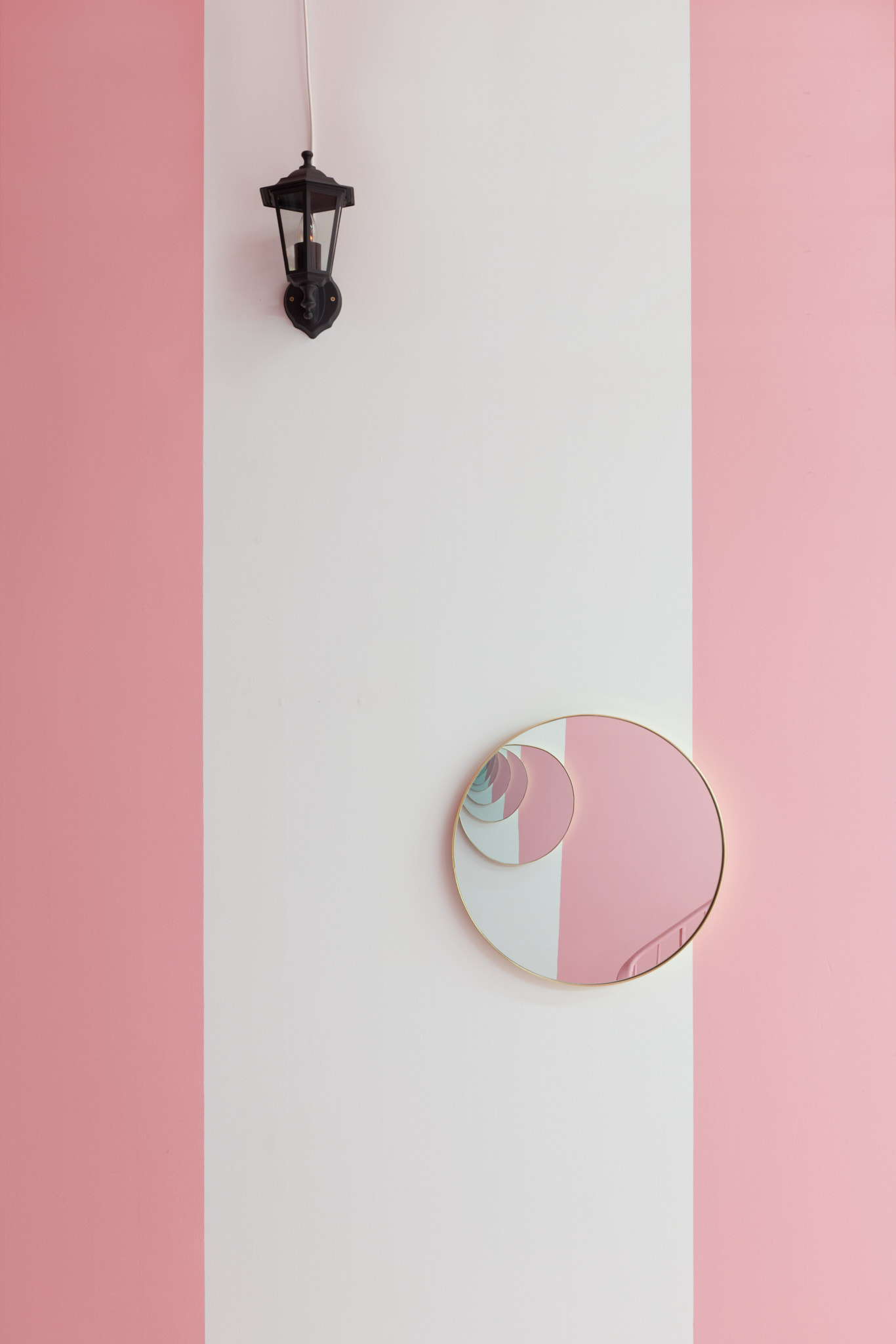 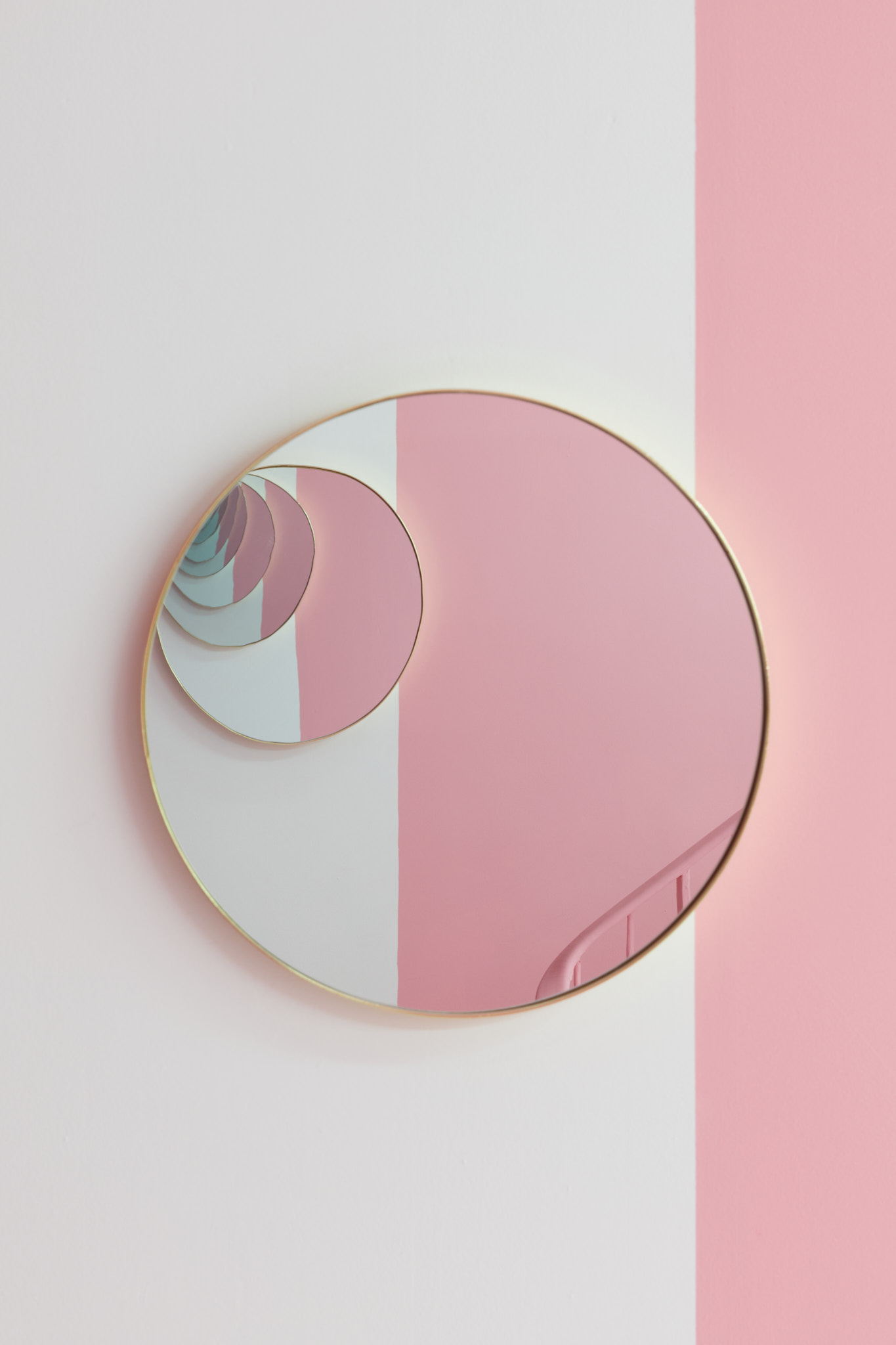 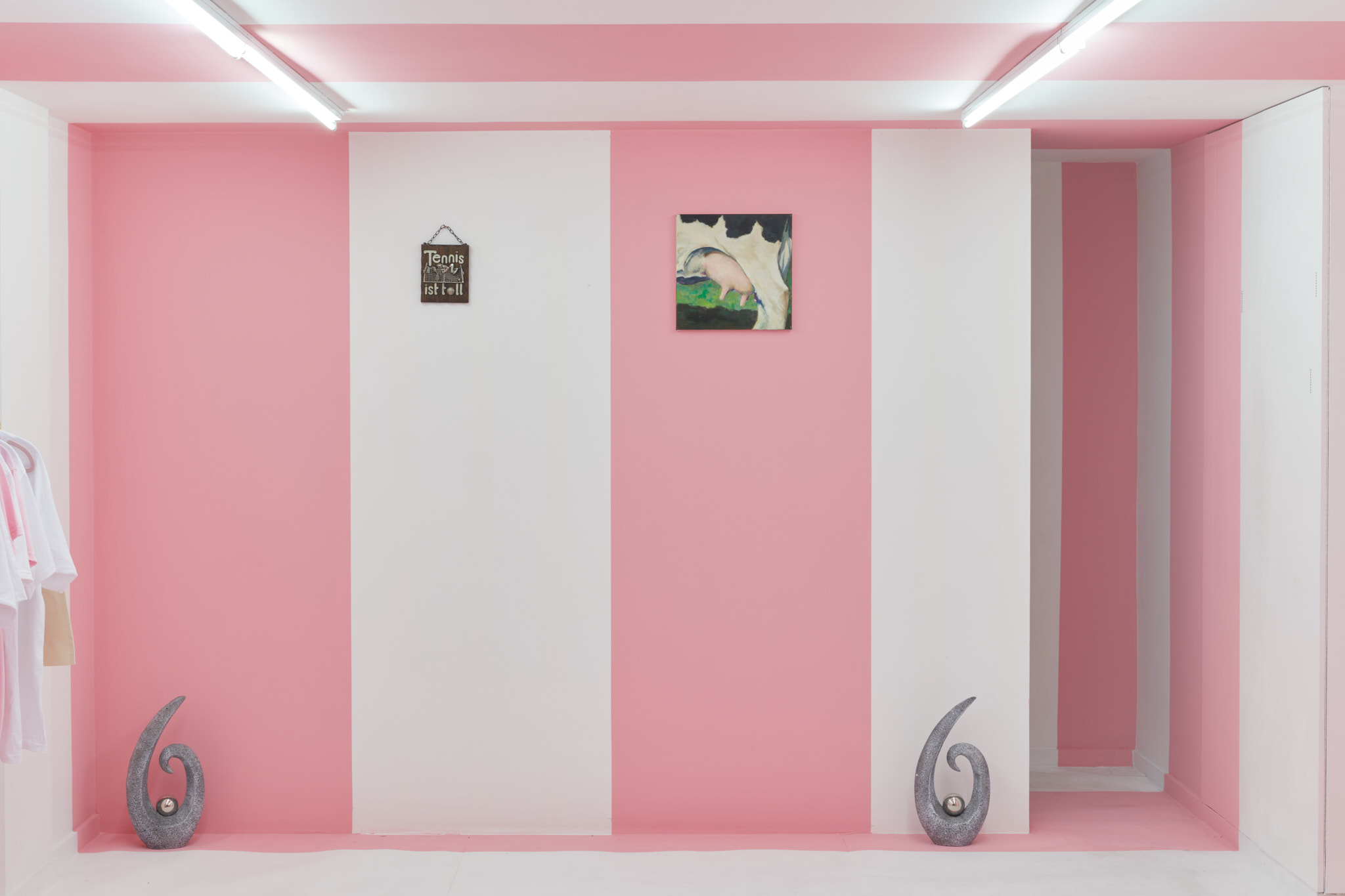 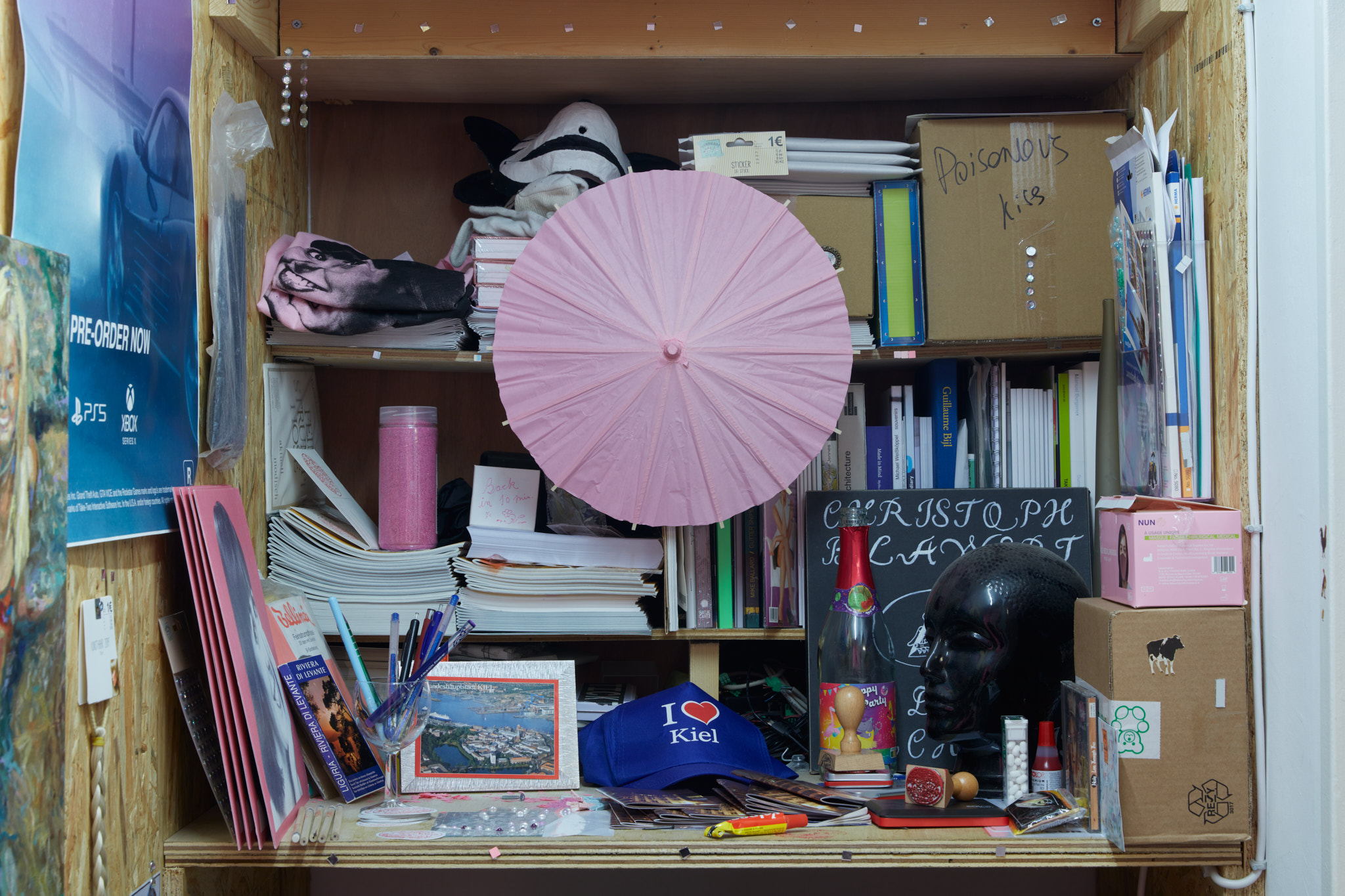 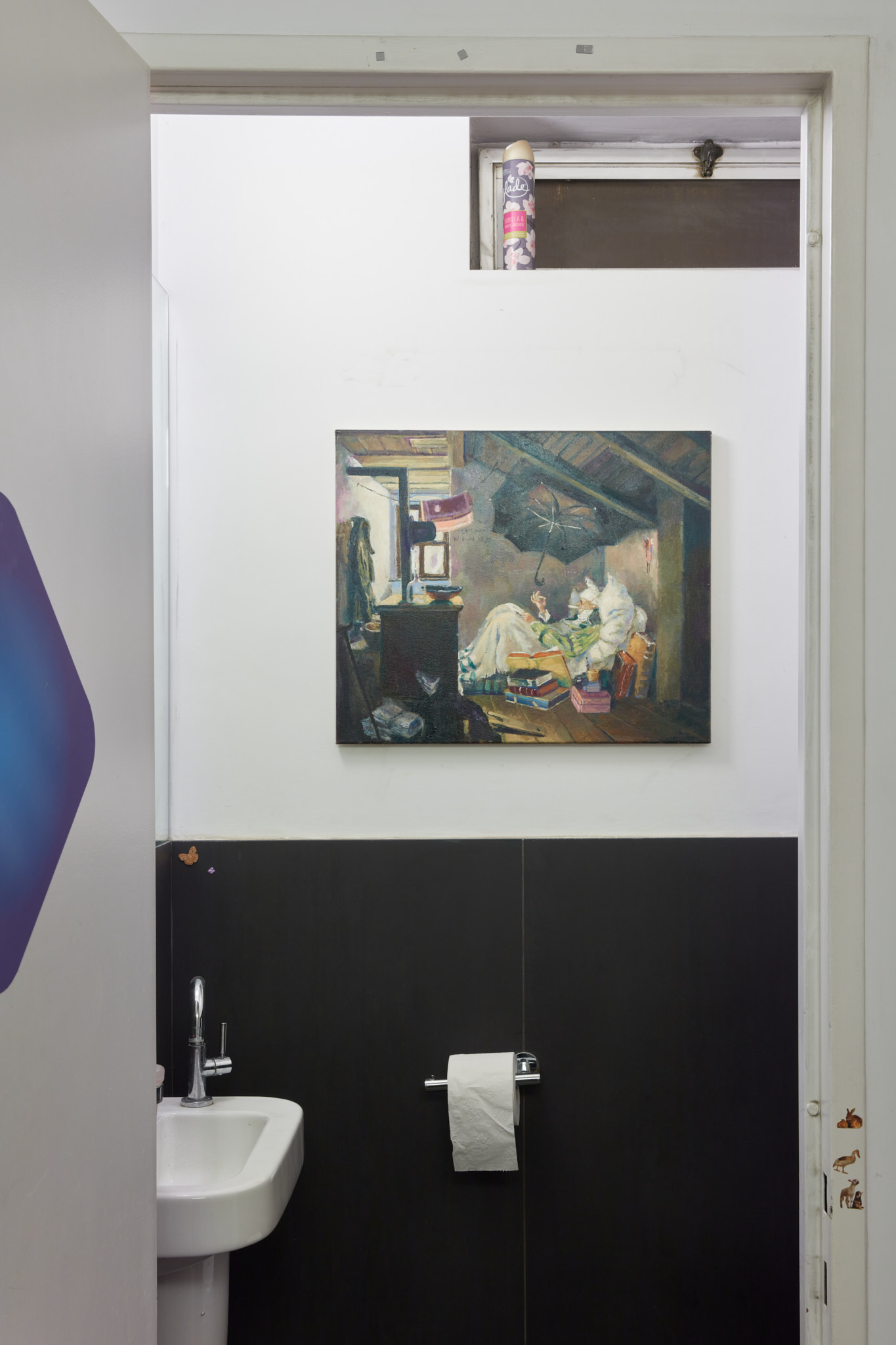 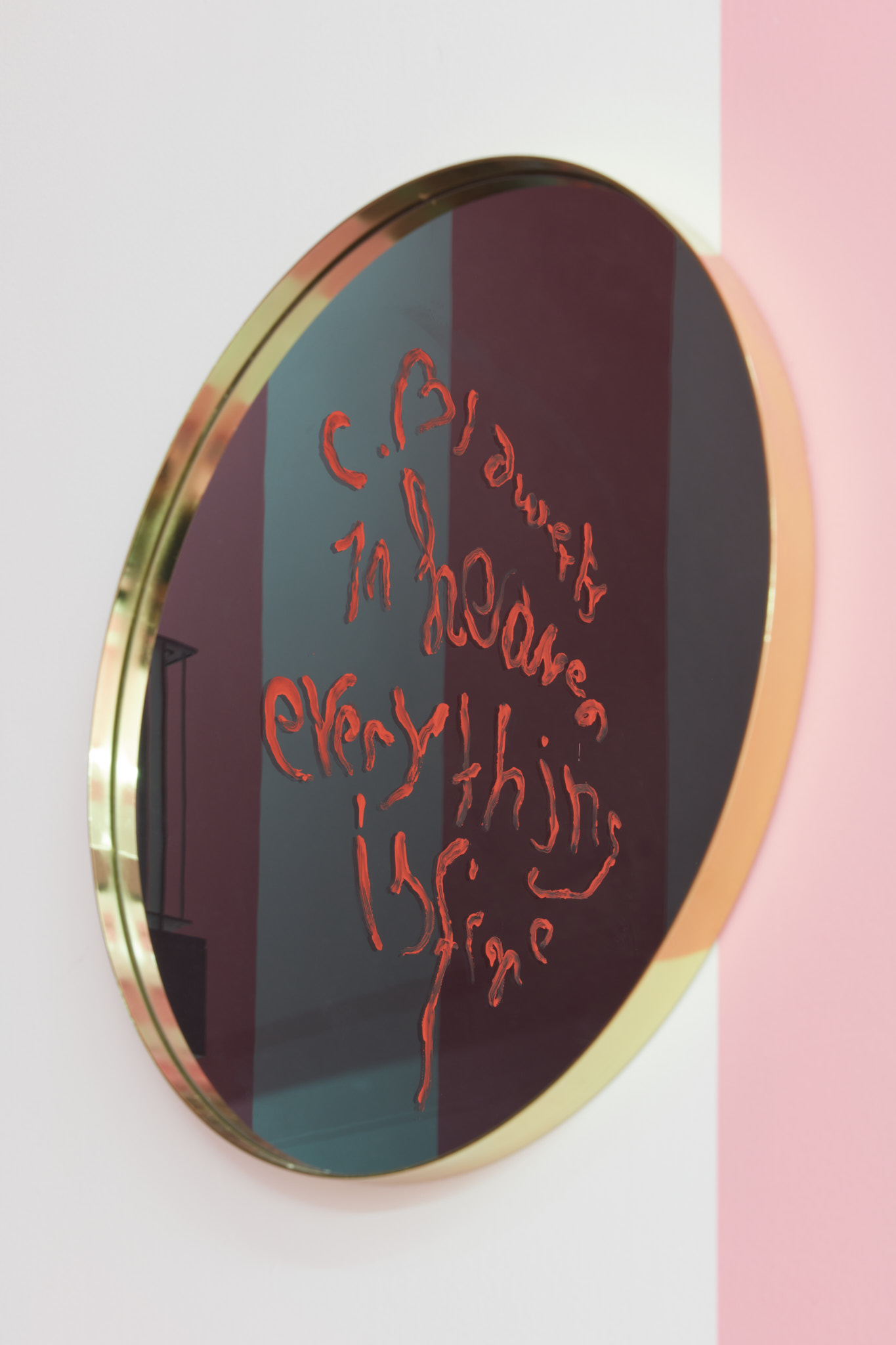 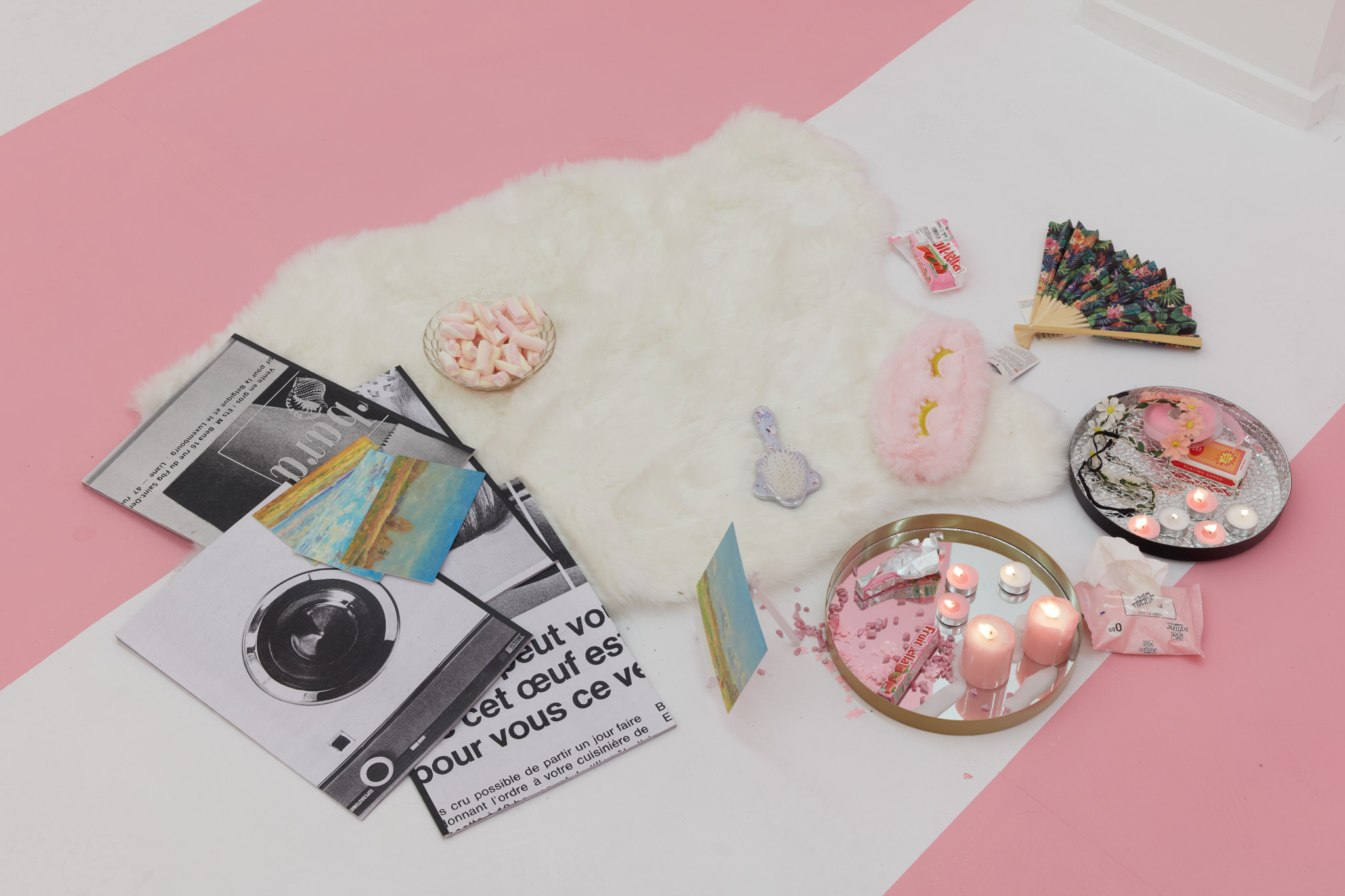 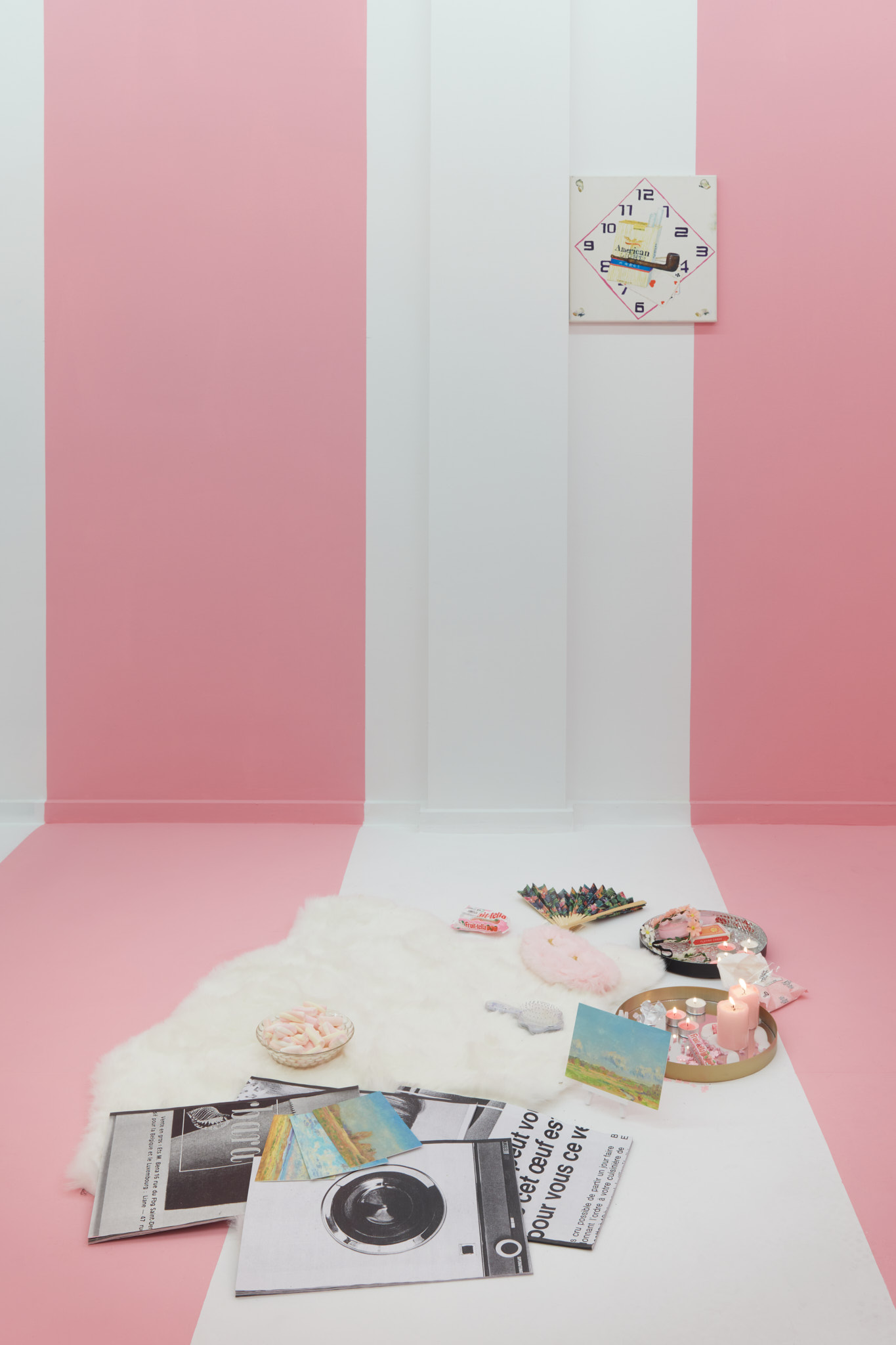 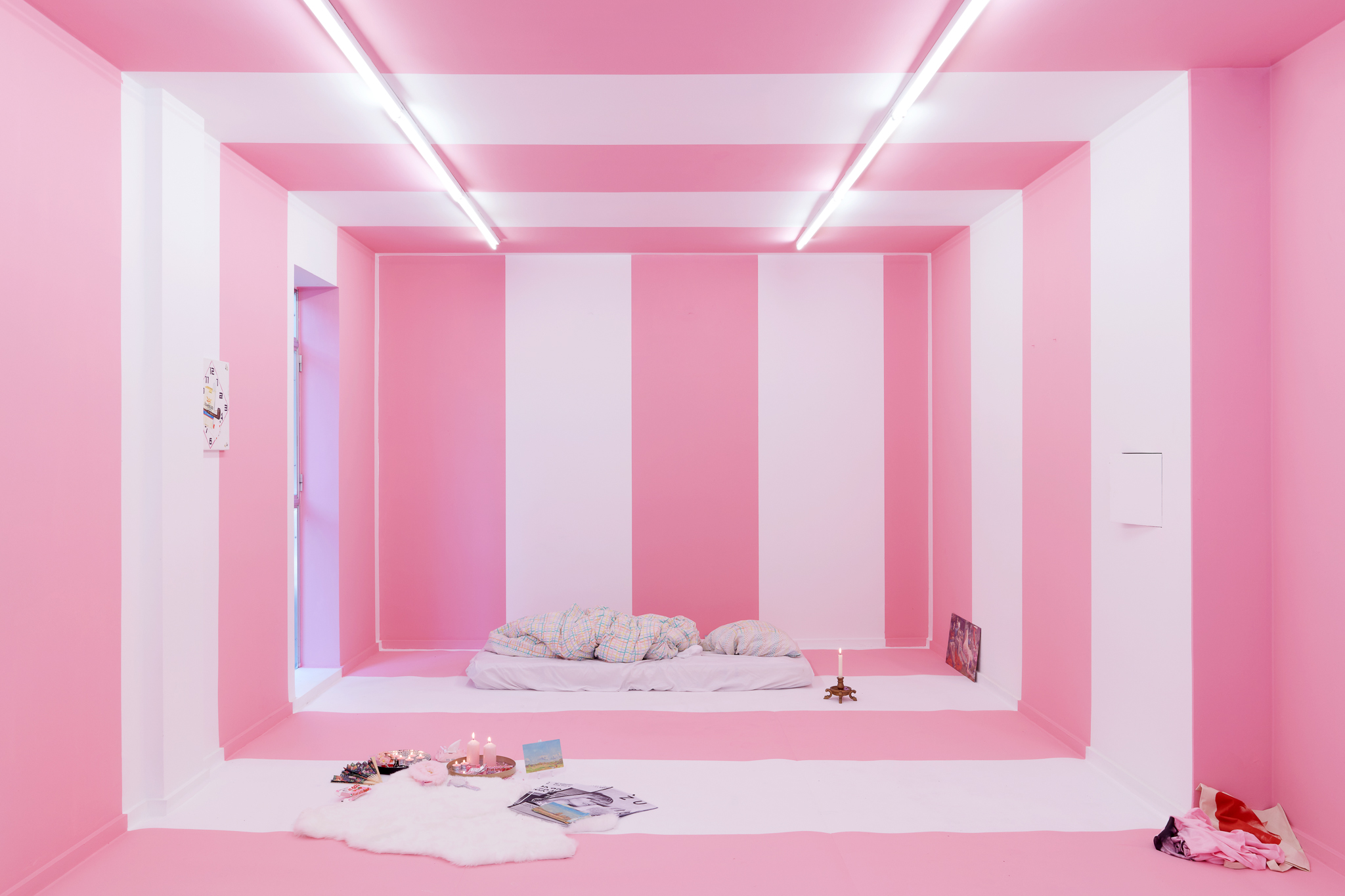 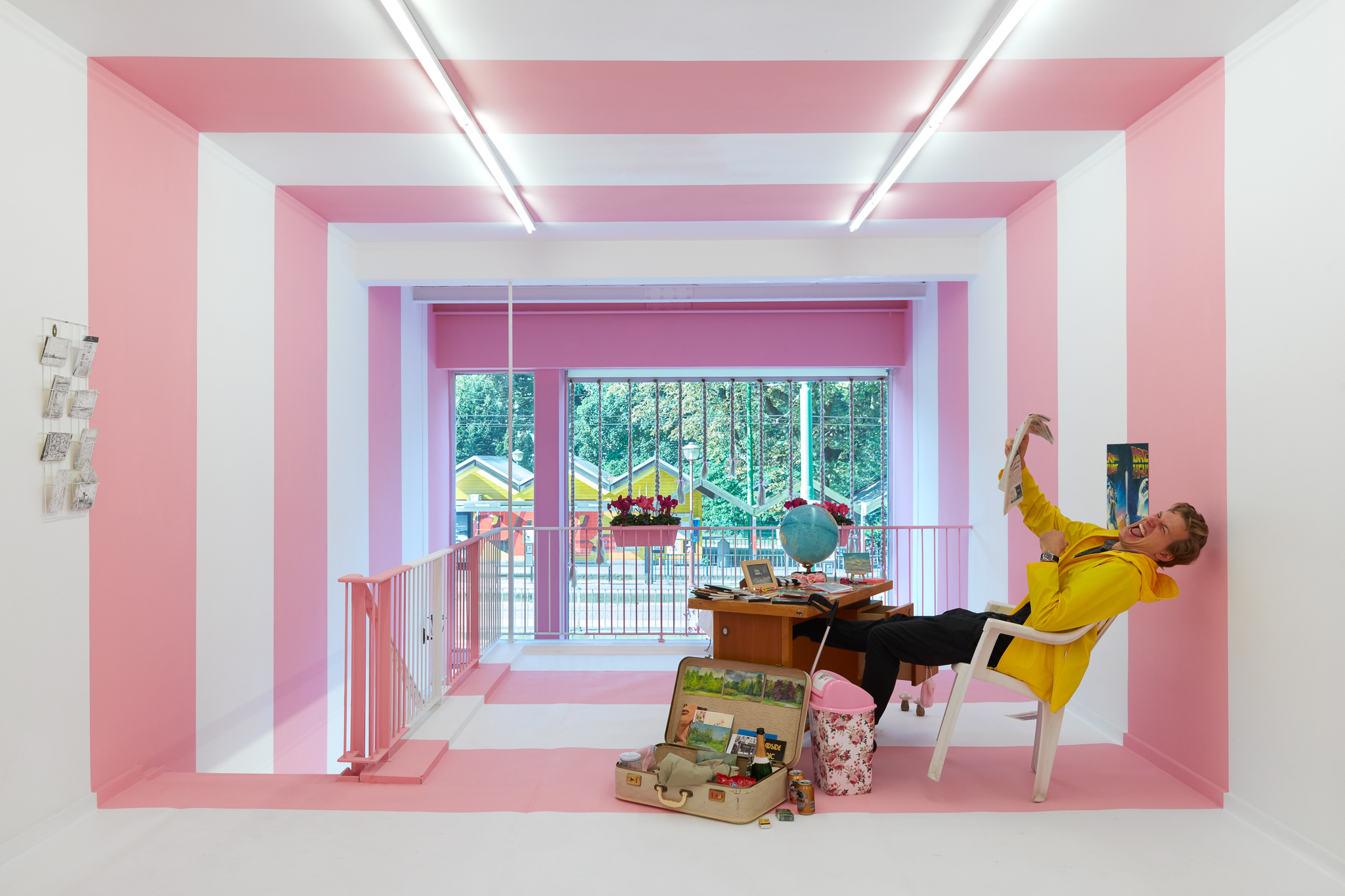 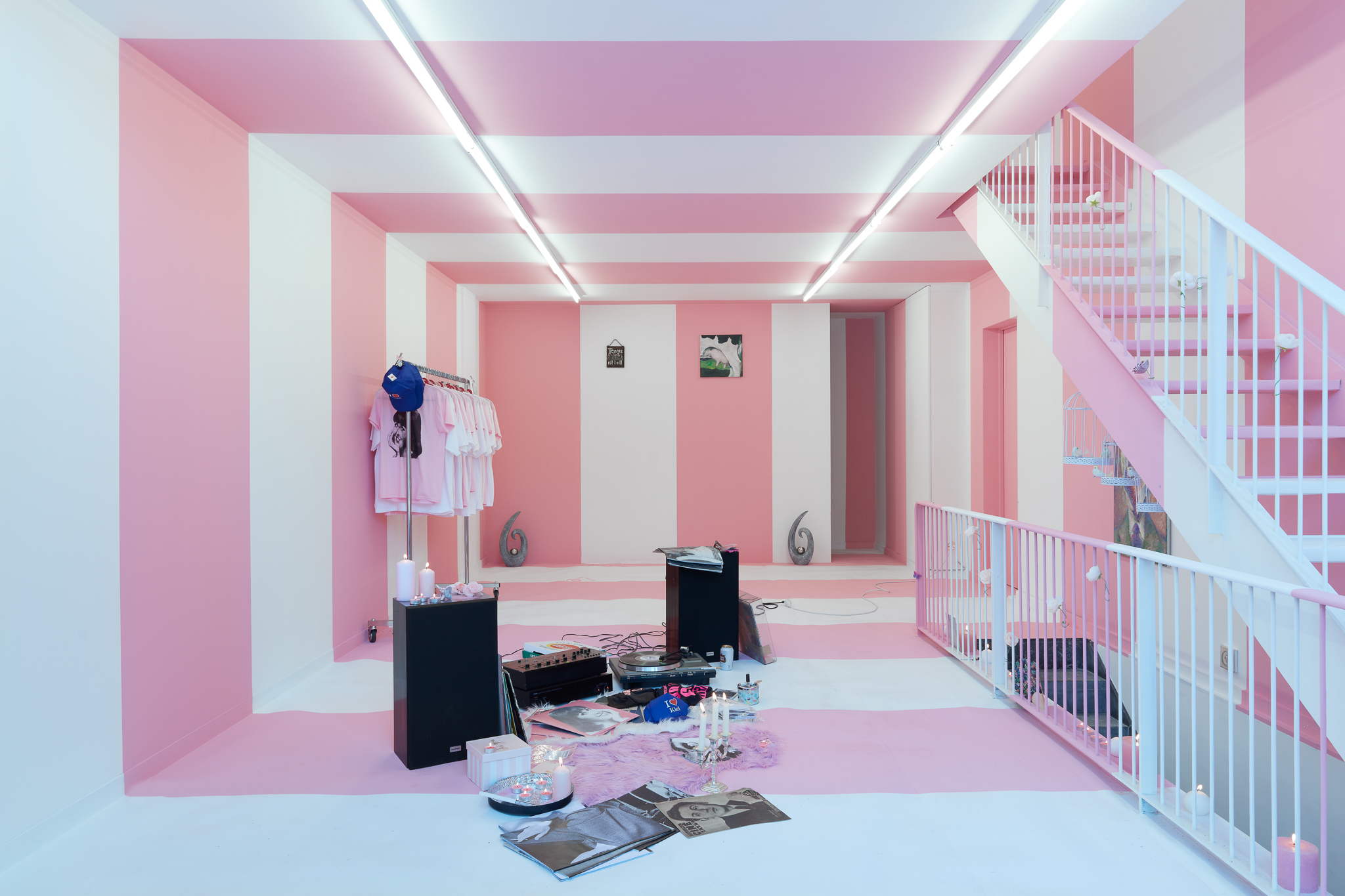 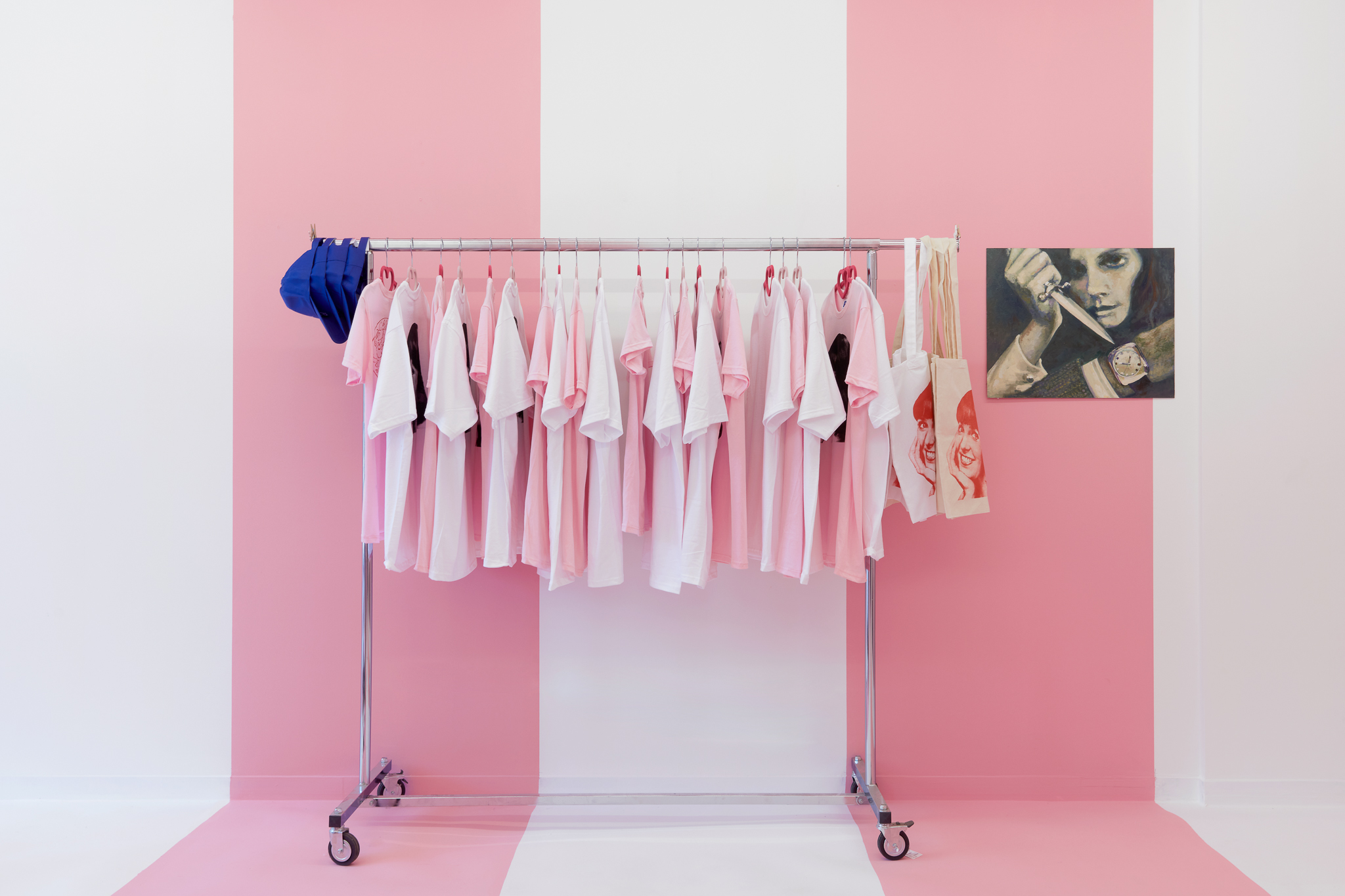 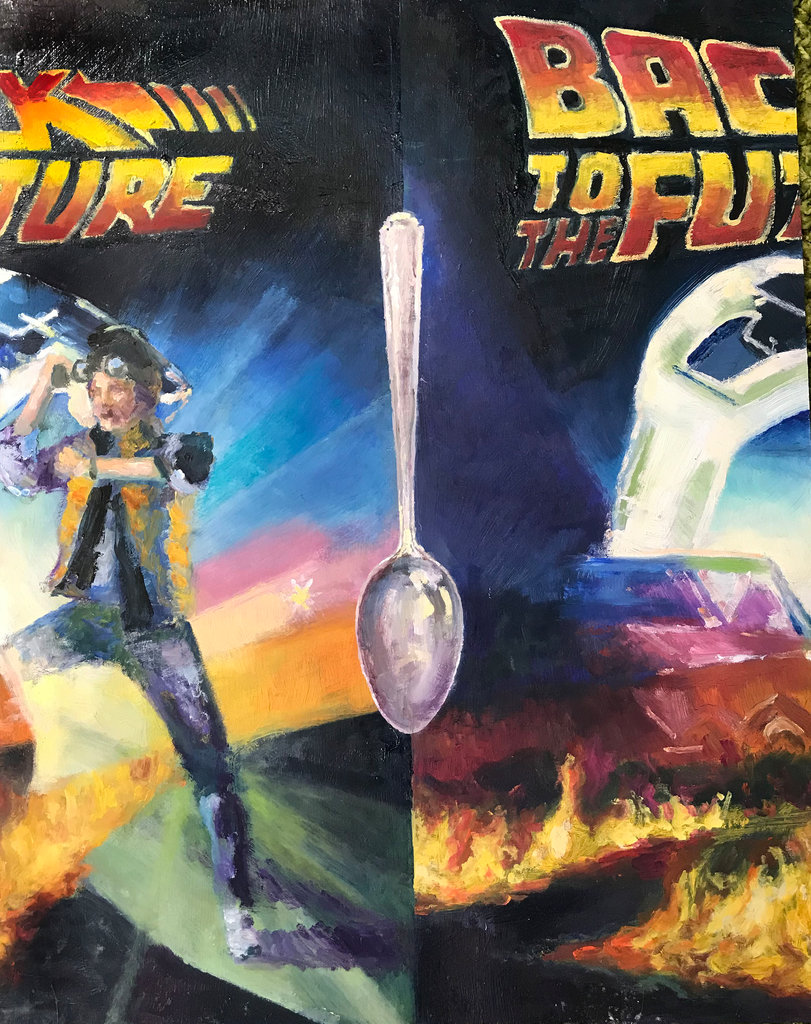 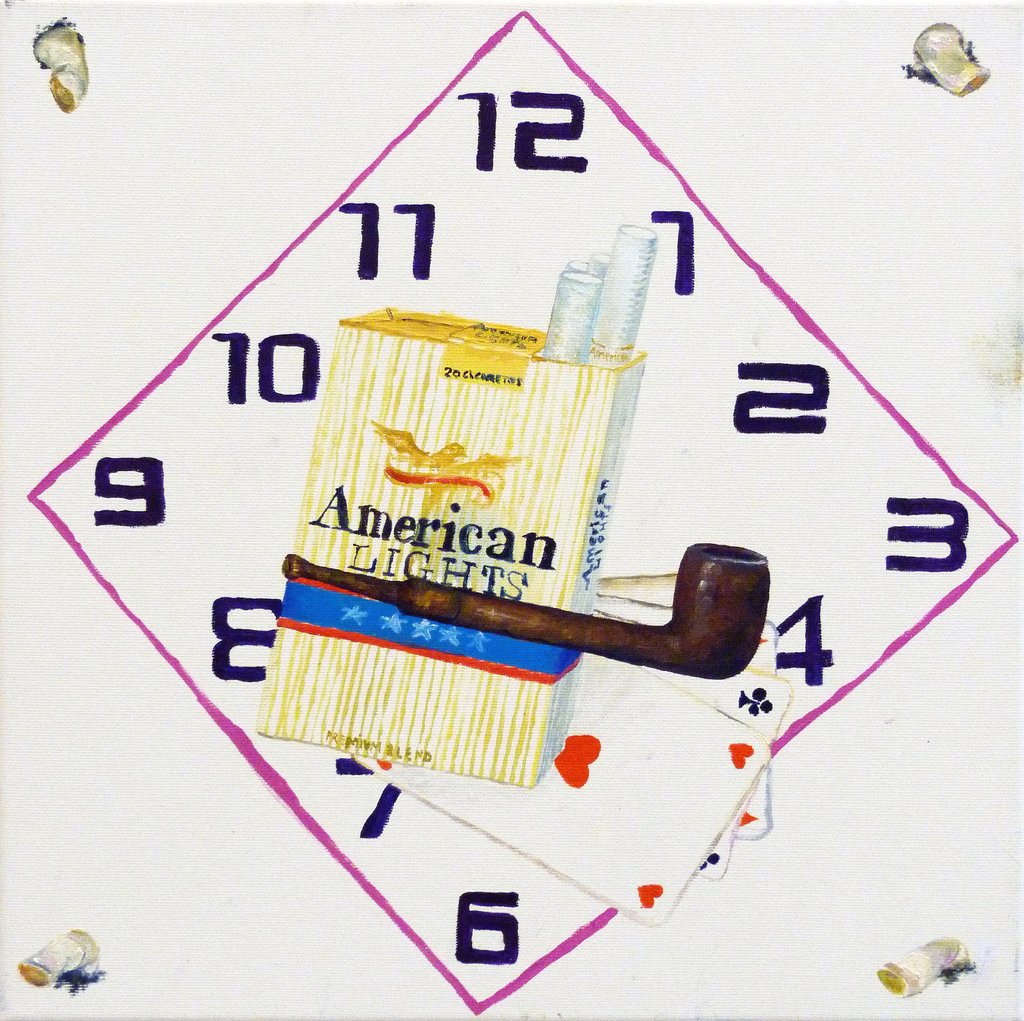 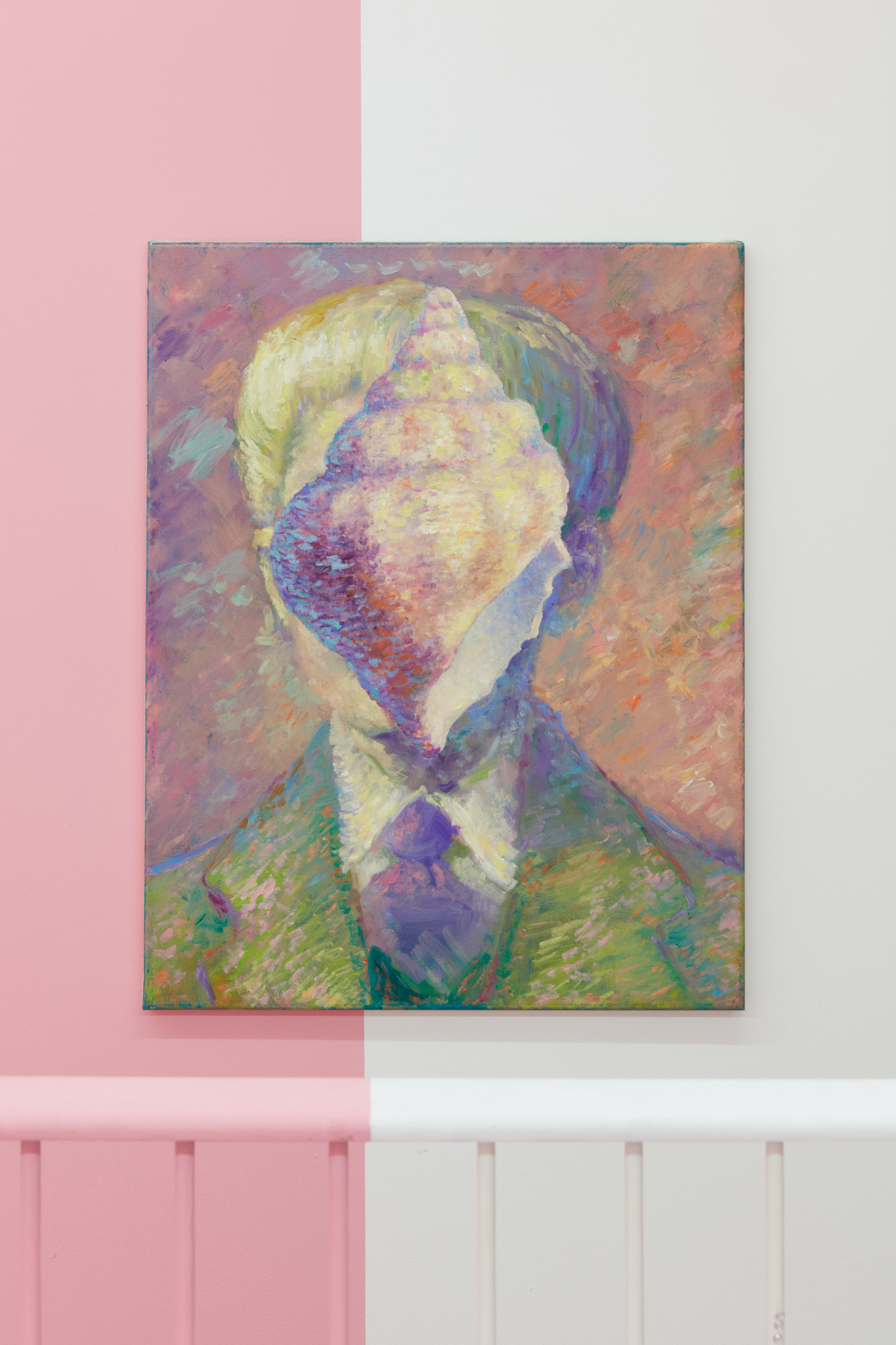 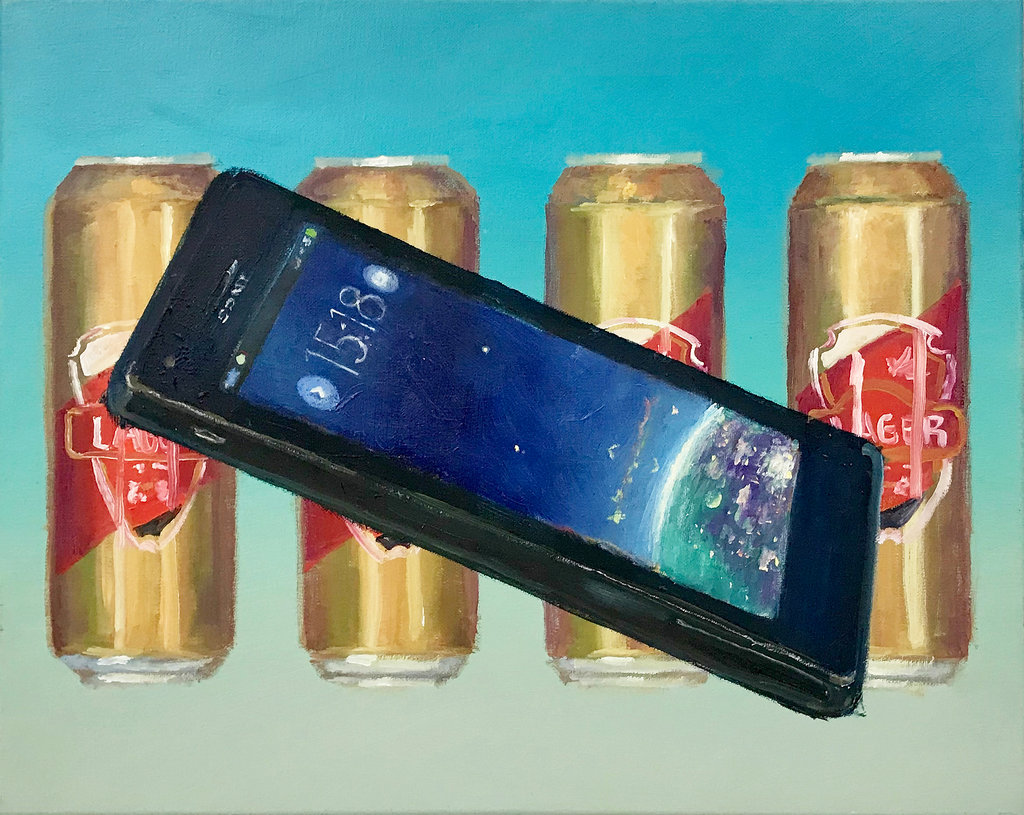 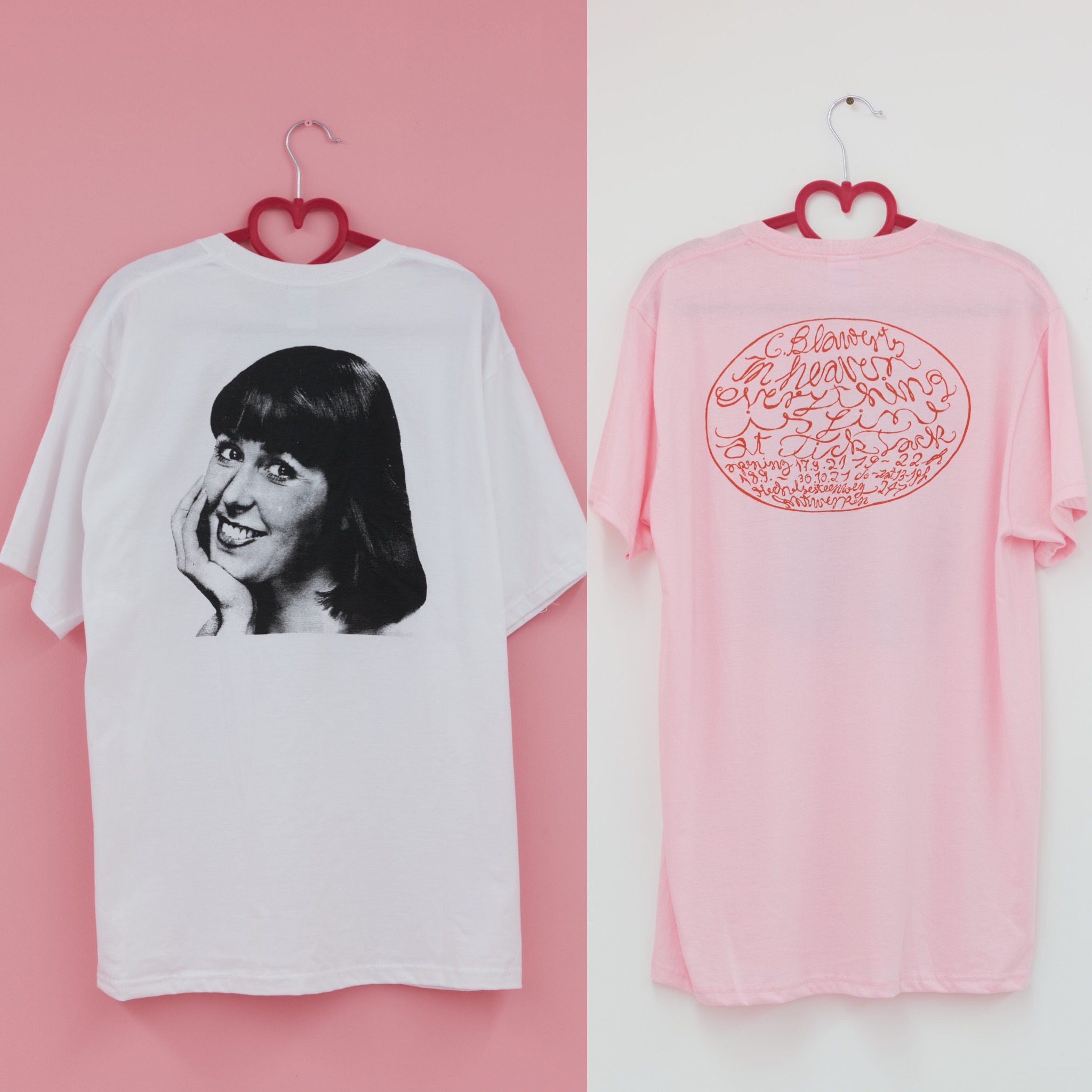 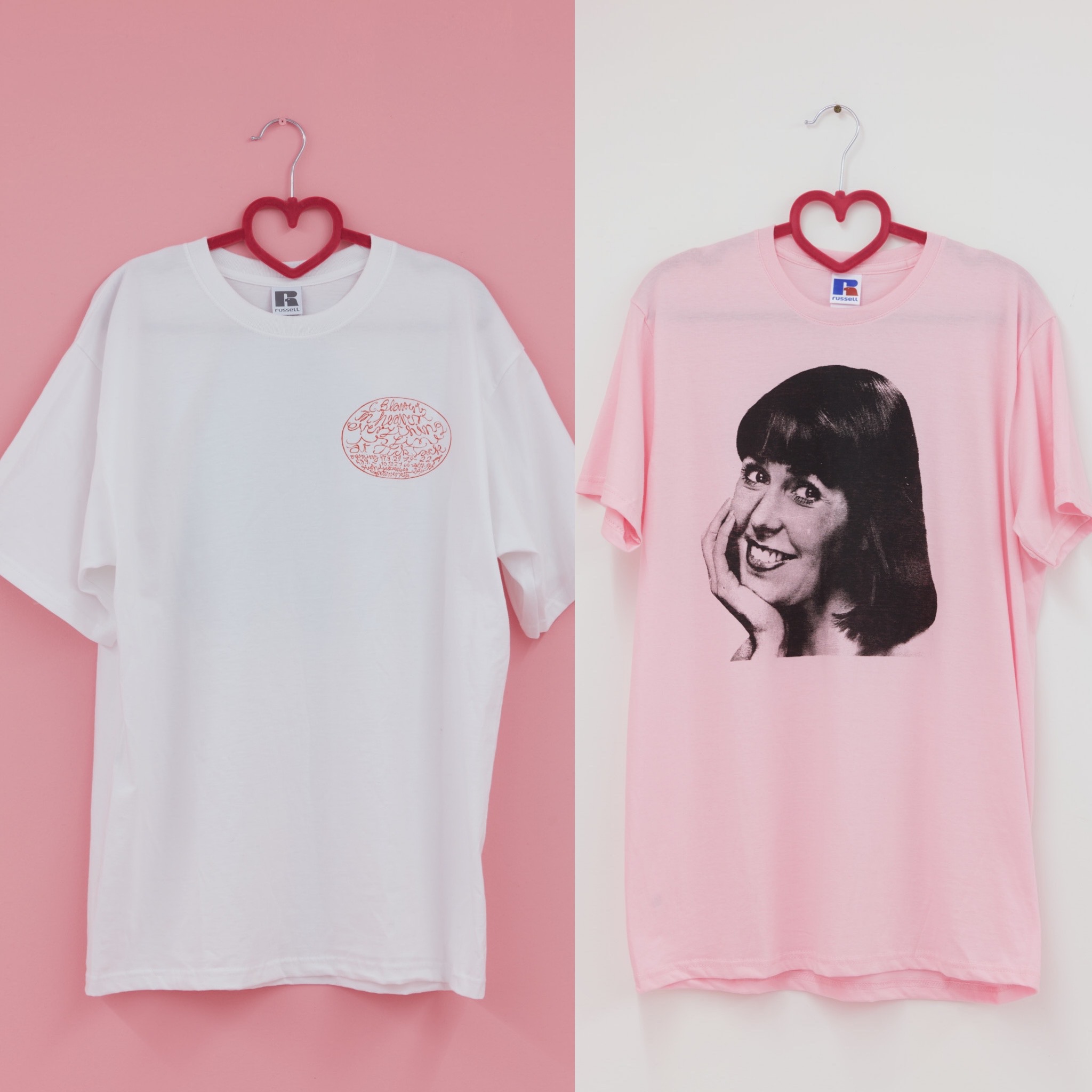 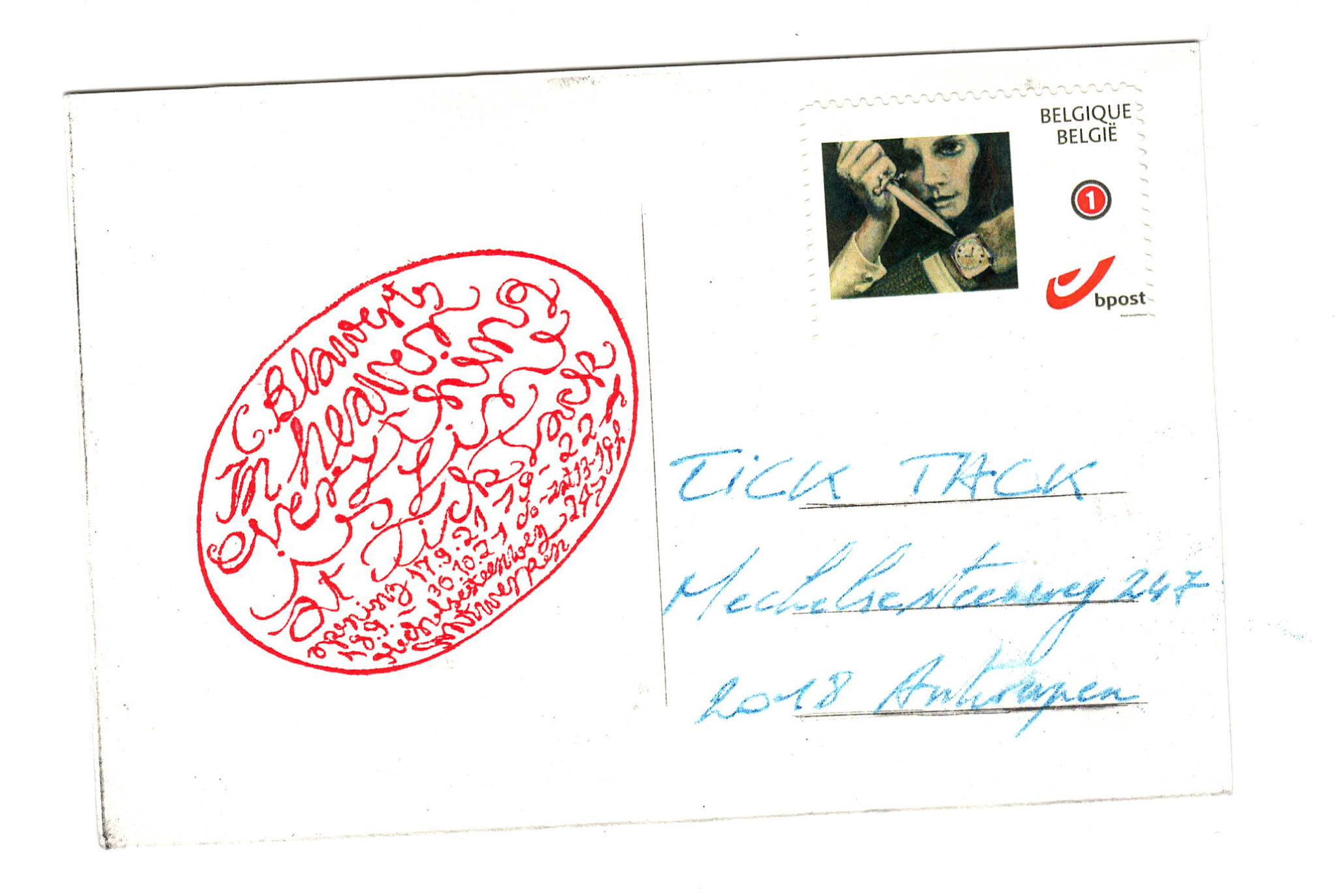 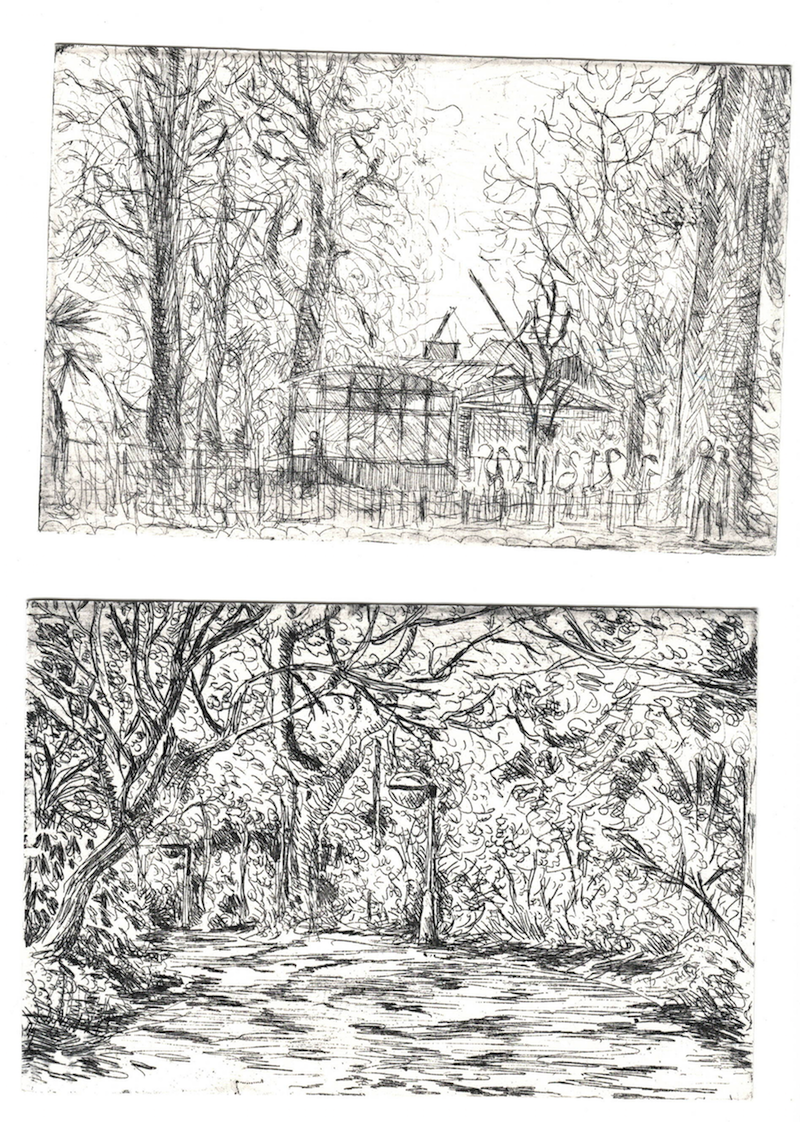 Images courtesy of the artist and TICK TACK, Antwerp
Christoph Blawert’s painterly practice is an intoxicating mise en scene of painting references, history, and styles, characterized by an ambiguity that is infused with equal parts absurdity and poetry. Blawert plays with symbolically charging images and the attributions that pervade them. His work takes an eclectic range of motifs from across the board of modern painting and juxtaposes them against motifs from film, theatre, magazines, pulp fiction, and advertising. Doing so, it inverts the images’ representative function and challenges the arthistorical order: Blawert portrays Paul Gauguin and Vincent van Gogh, articulated in firered, expressionist brushstrokes, eating beans; his historical portrait of Napoleon depicts him casually smoking a cigarette; a tranquil landscape in the impressionist style is titled Hinterm Sportplatz (‘Behind the sports ground’). These are just a few examples of his exceedingly productive practice. Blawert stage-manages the representative character of painting on the brink of triviality, eschewing neither kitsch nor clichés in his practice of bringing the inconsistencies of contemporary image creation into the realm of the visible.
Accordingly, Blawert’s practice is not confined to work on canvas. His exhibitions are theatre-like scenarios that consistently challenge the order of the institutional space by reinterpreting its representative features. In Blawert’s shows, foyers become bars, offices become foyers, toilets are exhibition spaces and exhibition spaces are stuffy bachelor pads. Blawert invites visitors to view his works through spyholes on doors and shows exhibitions in hotel rooms and bars. He has conjured his works out of a case on a park bench in Antwerp and presented them on the beach promenade at Trouville. The deliberate confusion surrounding art-appropriate spaces he thus causes is not a demonstrative rejection of established institutional structures, such as the Neue Wilde propagated in the 1980s. Rather, Blawert’s practice centers on uncovering the staged quality of spaces that are involved in the presentation of art. Blawert therefore takes the logical step with his approach to production, by no means creating works exclusively in his studio. His latest works are plein air paintings, capturing landscapes along the Rivers Rhine and Mosel and in the Black Forest in postcard format. Taking on the undeniably unfashionable genre of outdoor painting, depicting locations that have long since stopped being tourist magnets and favoring a format that is readily available in any museum shop, providing the public with countless reproductions, the artist reiterates his laconic approach to popular expectations of painterly practice. Blawert moves out of time to hold up a mirror to our present. He deals with both the dreamy horizons and their dirty nooks. An important aspect of Blawert’s practice is finding the moments in which ambivalence comes into play, in which projections and reality drift apart and in which the pretty facade of our familiar conceptions starts to crumble. His are works dealing with the male gaze, woman as a highly stylized muse, and lewd depictions of the female body in painting can also be understood in this context. These are by no means reproductions of hierarchical motifs but explorations of the inadequacies – and so the potential for amending – culturally rooted images.

Blawert’s tendency to see commonly received images not as given but as malleable material is also evidenced in his films, audio plays, novels, and collaged picture books, which coexist symbiotically with his paintings. His movies, made in the analogue way using 16mm film or with a Super 8 aesthetic, recall in their design the films of the Nouvelle Vague movement. They operate with the lightness of a hand camera only to let the characters fall, without dreams or obsessions, ever downwards because the ground under their feet is pulled away. Similarly, the characters in his novels and audio plays, with titles that sound like pulp fiction themes, grope, and stumble their way through their stories. The impossibility of proving themselves like heroes is inscribed in all of them. Blawert publishes his stories and picture collections in small editions of self-produced volumes that encapsulate the diversity of his practice in all its various formats.

Blawert’s practice is one that does not simply play the role of rule- breaking and is not afraid to look in the abyss if it can expose the stage-managing going on behind the curtain. And perhaps the most brazenly irreverent aspect of his work is its tendency to relativize all forms of obligation and conformity and so exude an unruffled sense of freedom.