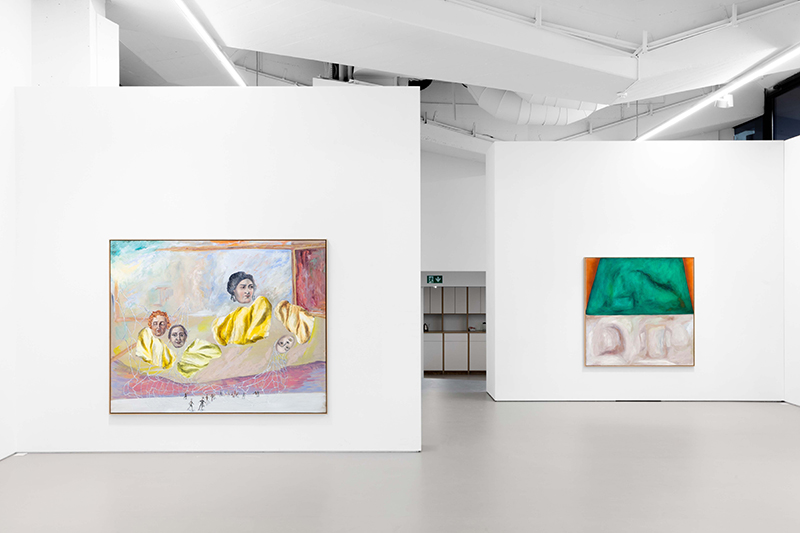 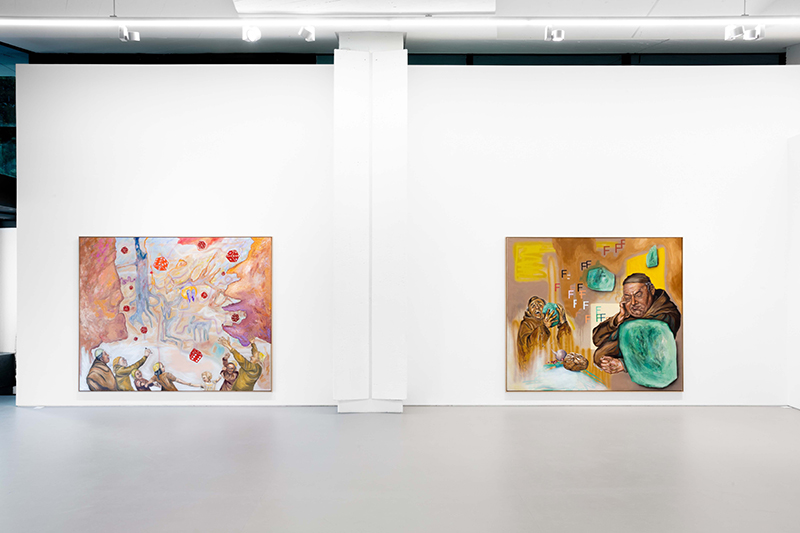 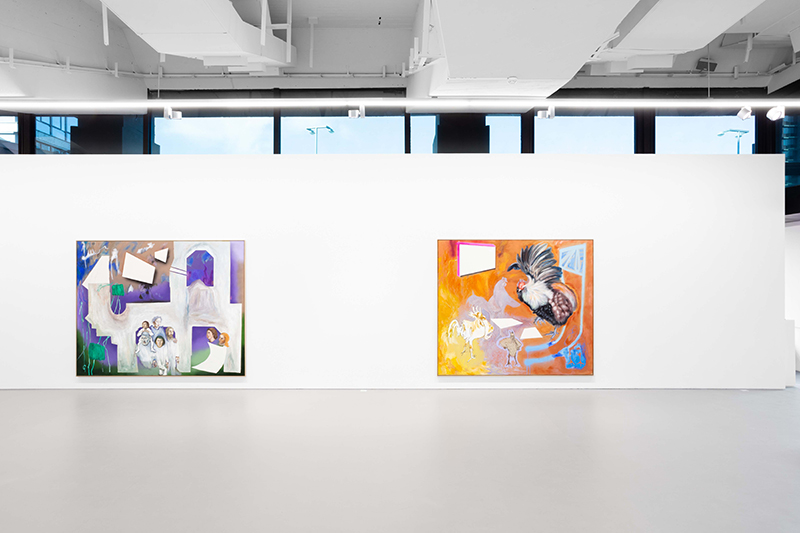 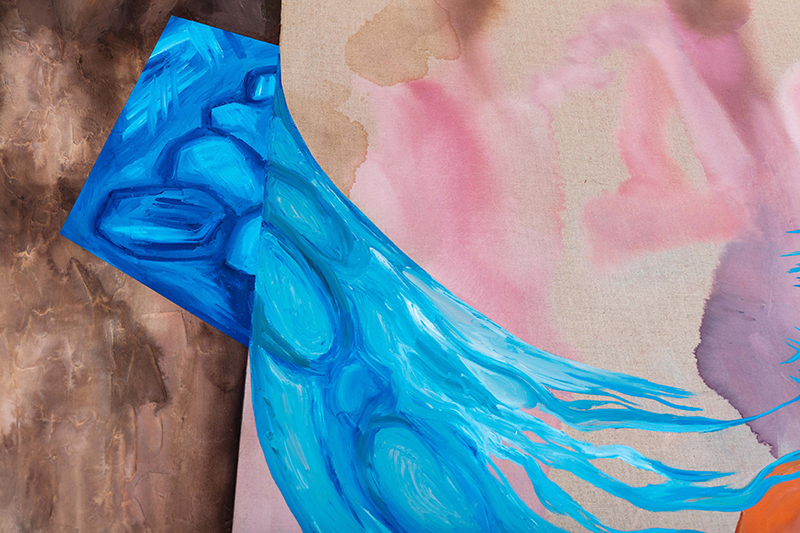 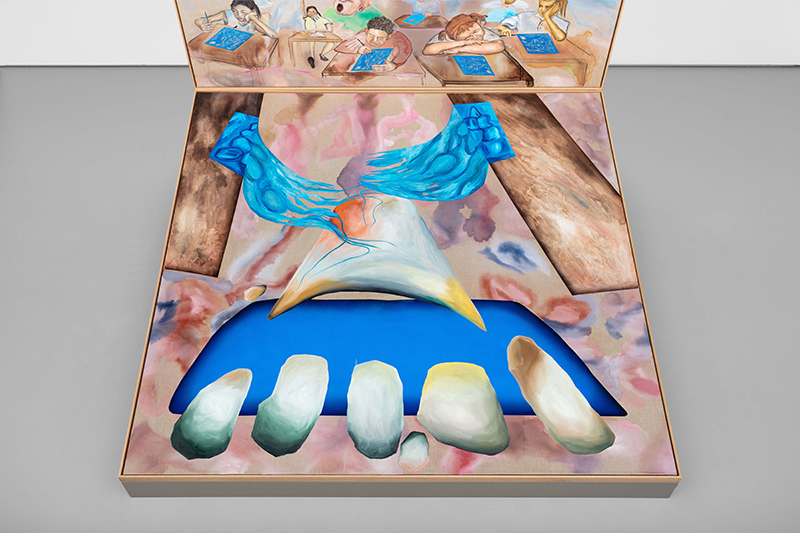 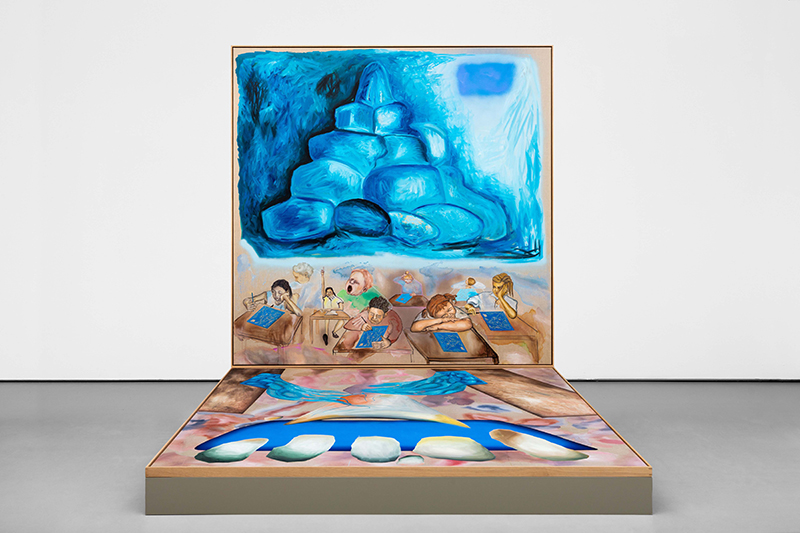 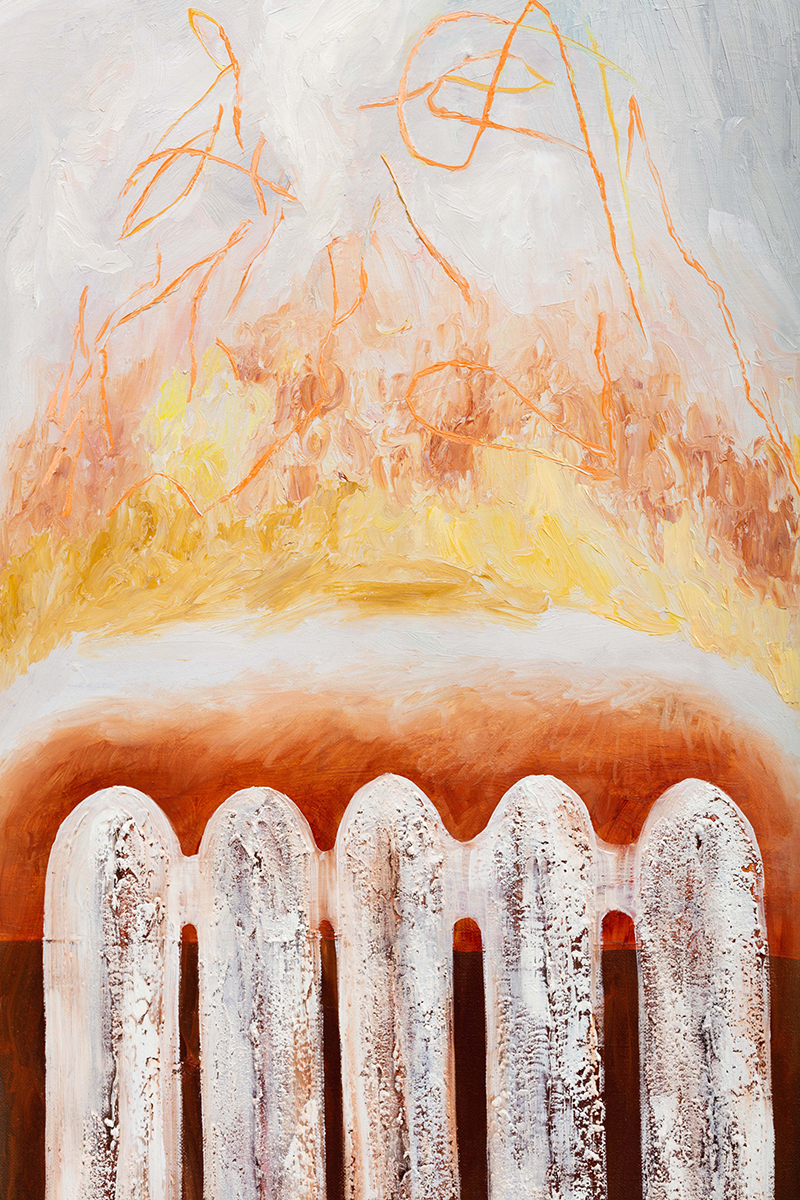 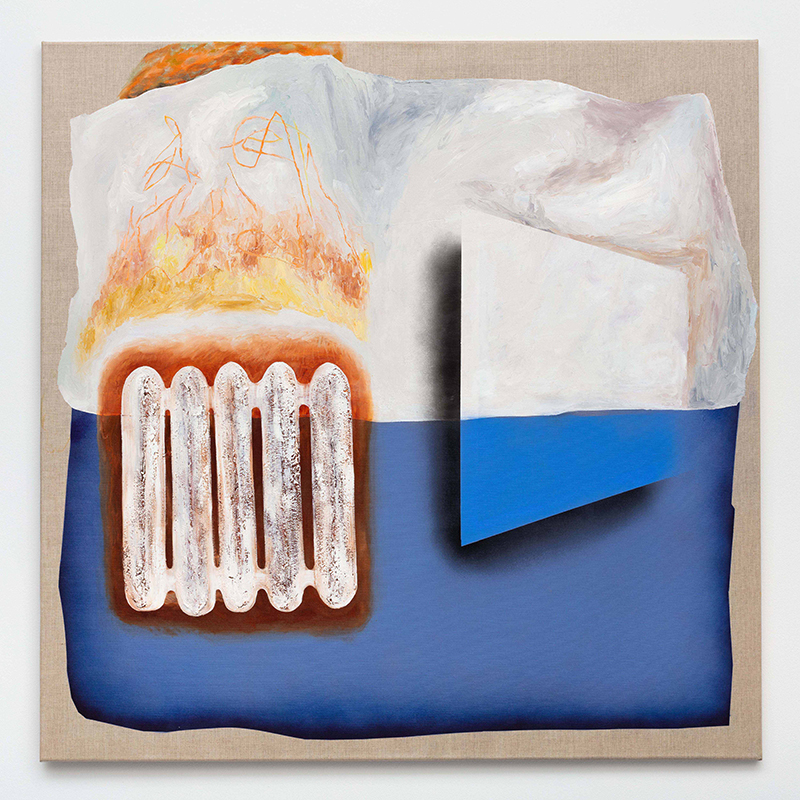 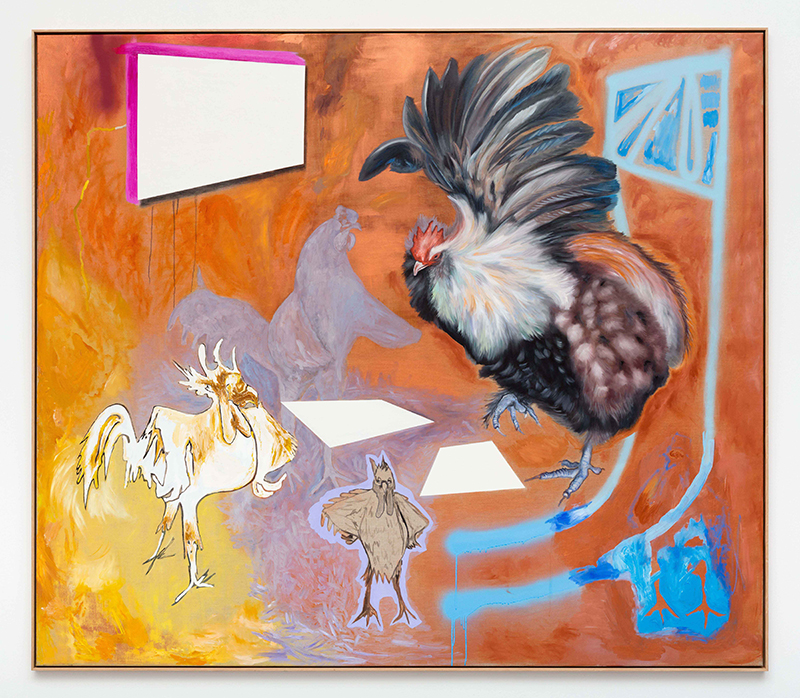 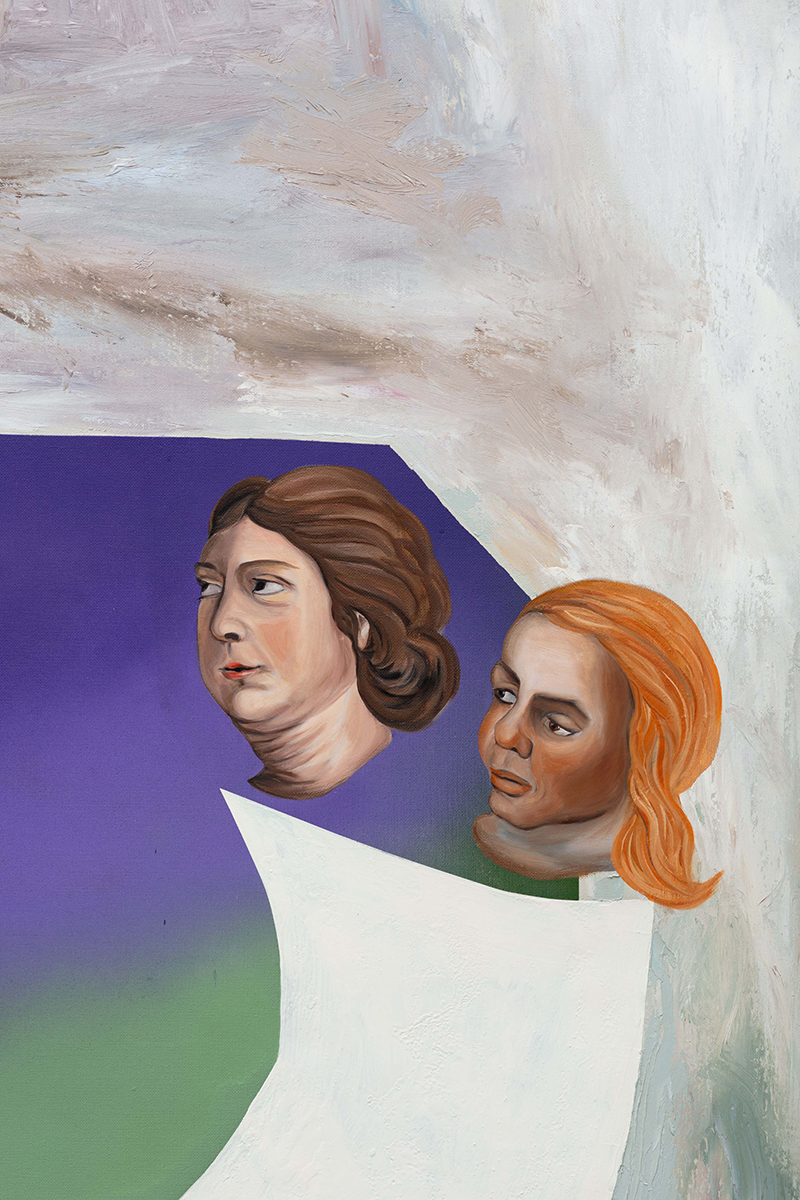 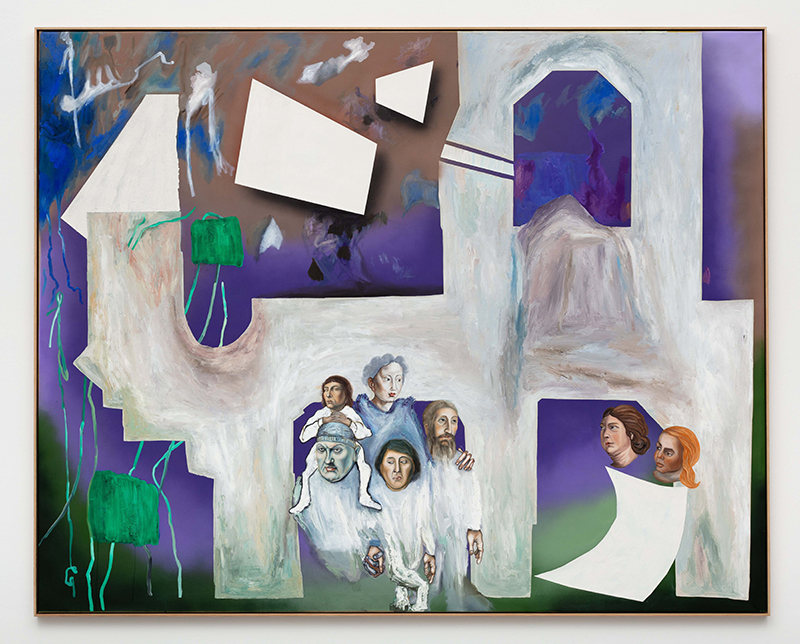 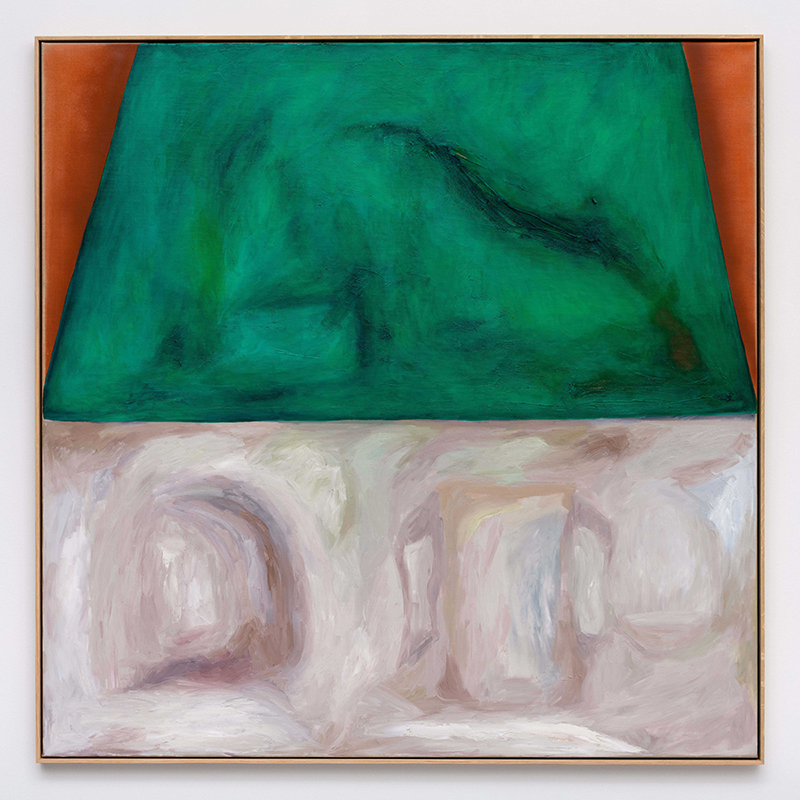 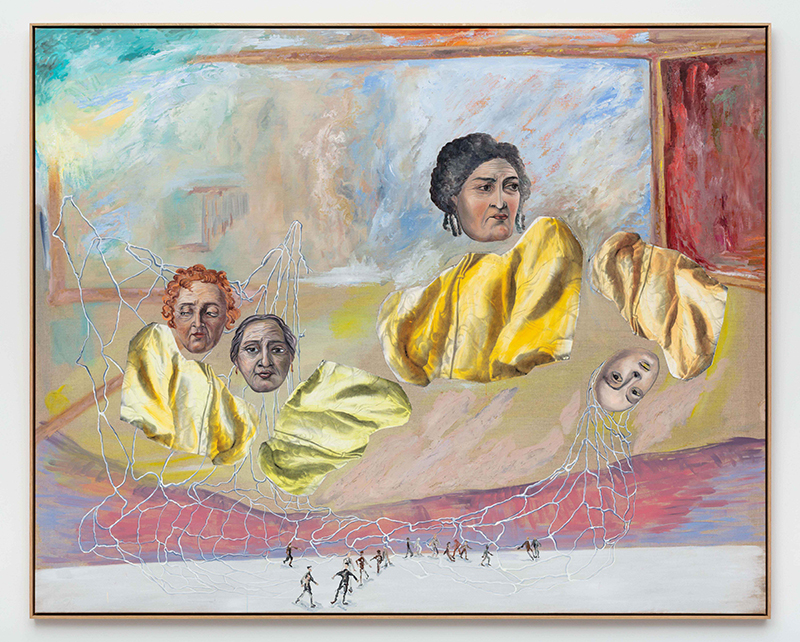 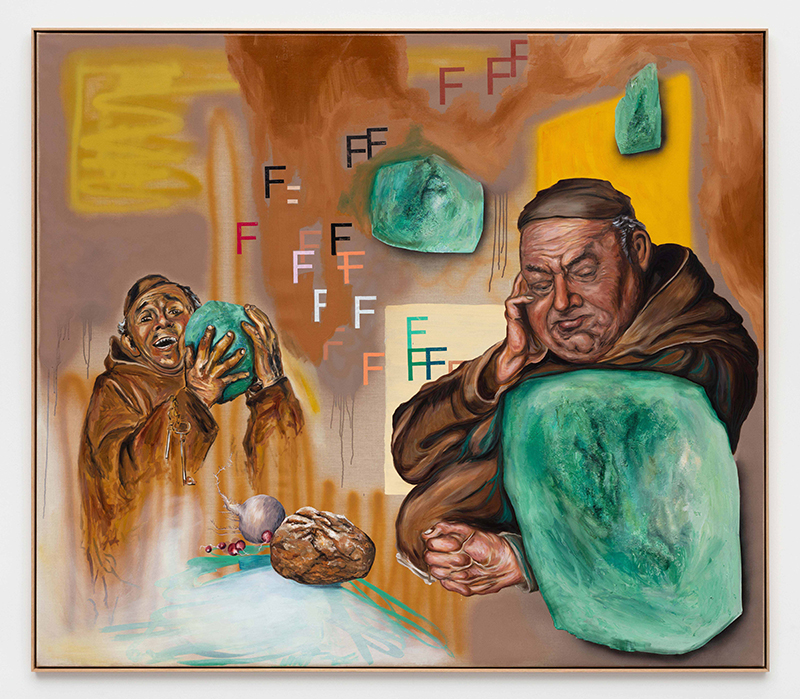 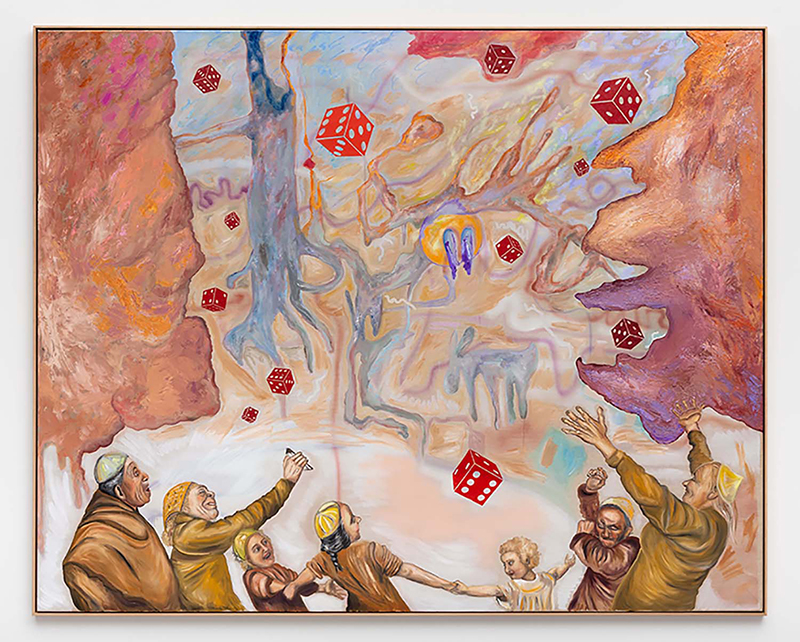 Six of the seven pictures in this exhibition were painted on a particular day of the week, namely the one whose name they bear as their title. I wanted to try out whether a vague feeling for colors, which the days have in my imagination, would be transferred this way onto the canvas. At first, it was confusing to jump back and forth between the paintings at such a fast pace, but it was confusing in a dynamic and productive way. After a few months, changing between the works became too fast for me, and the rhythm dissolved. I always continued to paint where I knew to go on. However, the paintings were so advanced that the days of the week had taken over. The days occupied the paintings. As a consequence, I often lost the sense of when in the week I actually was.

After a while, some mossy patches started to form and spread over the surfaces. The picture Finale is only moss—an open door, a way out of the exhibition.