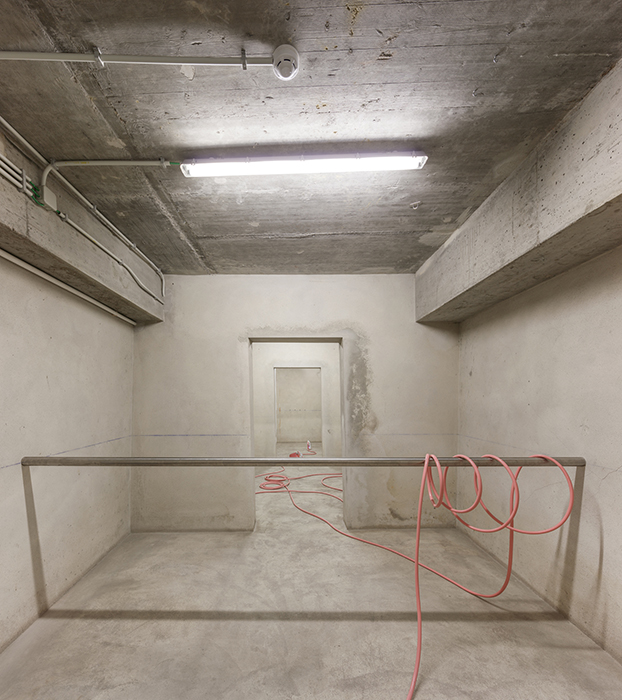 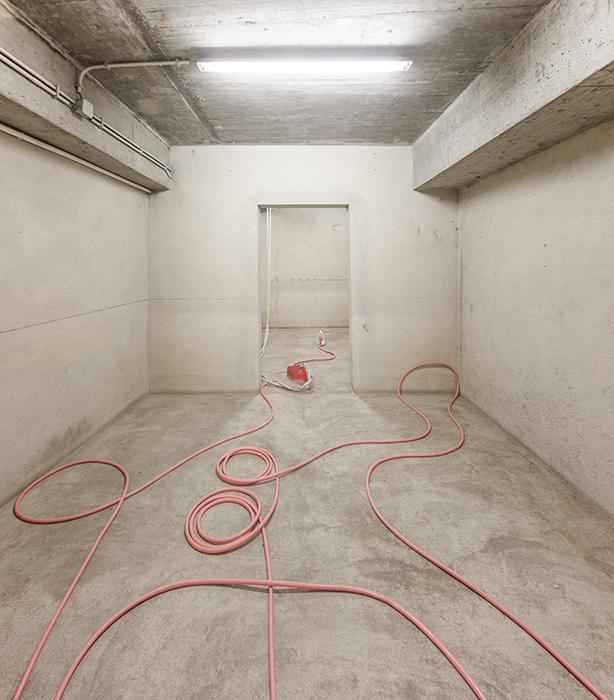 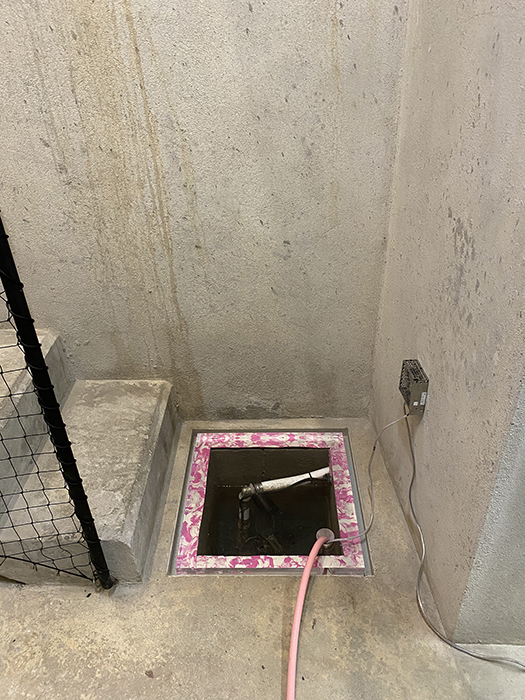 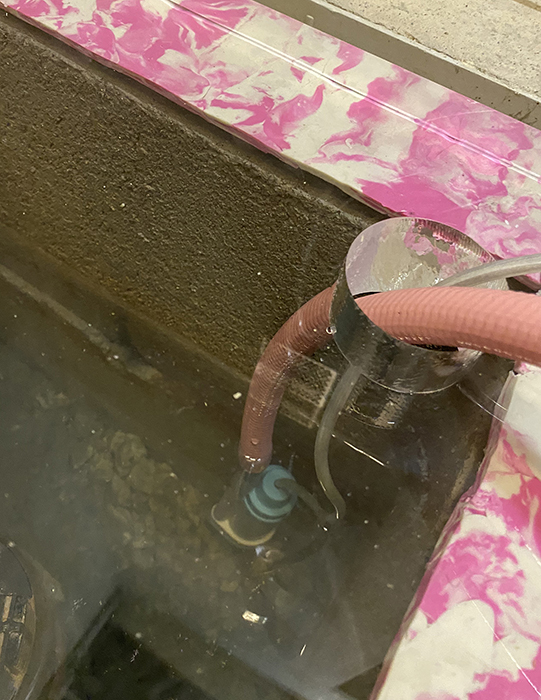 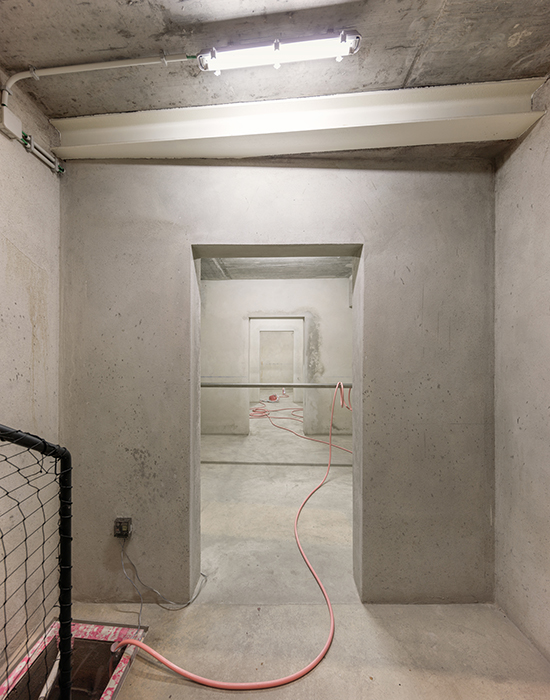 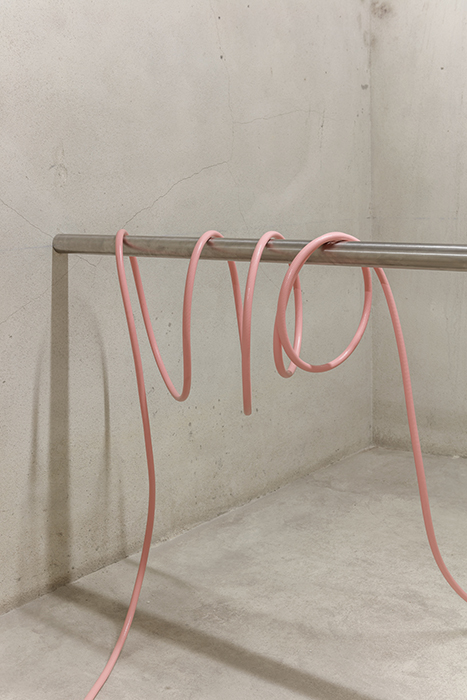 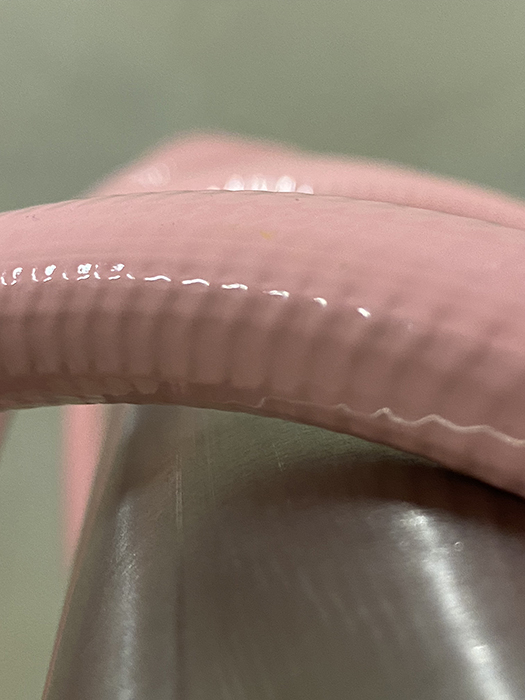 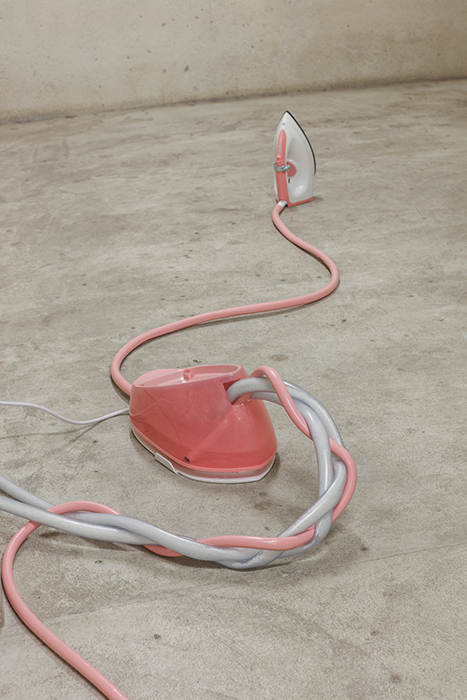 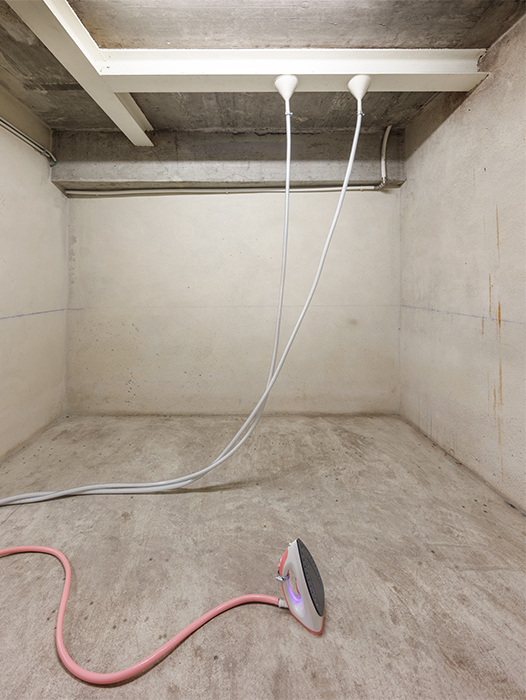 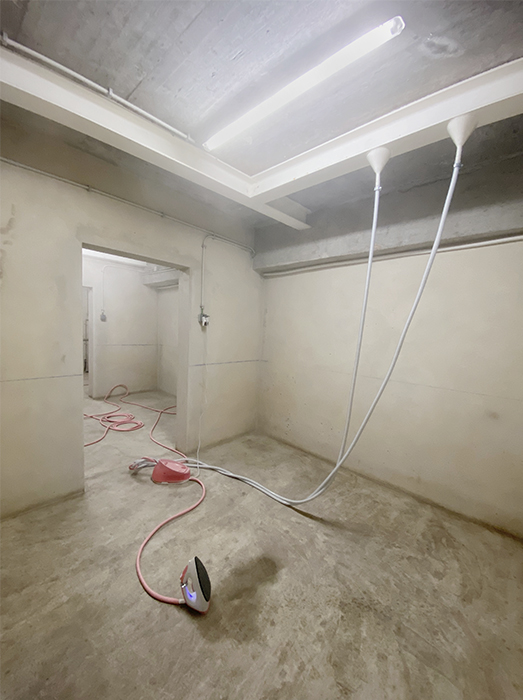 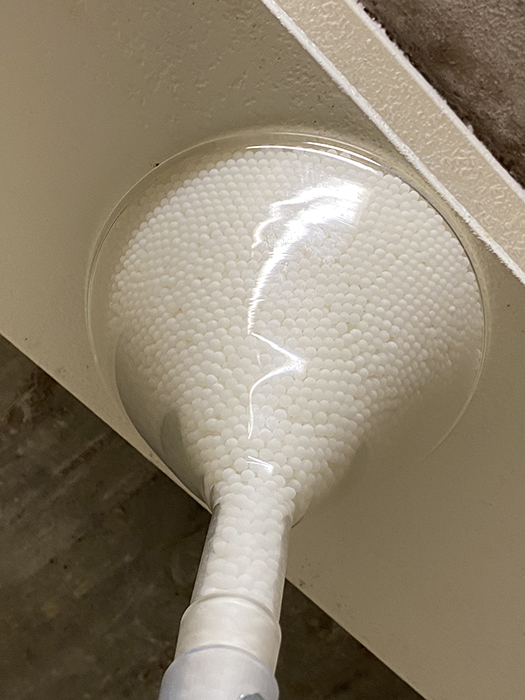 Images courtesy the artist and Belo Campo
Photos by Photodocumenta

Based on the assumption that our western liberal understanding of the world is not sufficient to cope with the ever increasing global accumulation of problems, Sarah Ancelle Schönfeld jestingly designs mysterious laboratories and treatments where solutions, healing and meaning are pursued and generated anew by radical interdisciplinary methods. Her labs materialize through installations, performances, sculptures, and instruments and she includes approaches from various fields in her practice, such as science, religion, mythology, magic, witchcraft and technology.

For Belo Campo, Sarah Ancelle Schönfeld continues her investigation on context-specific potential for witchcraft. She conceived Ironing Materialism as a therapeutic plumbing device which connects the river flowing underneath the space, to melatonin, oxytocin, endorphine and morphine in order to create a treatment which can - according to homeopathic theory - help in gaining empathy.

Homeopathy is a medical system based upon the belief that the body can cure itself when its self-healing powers are stimulated. To achieve this, small amounts of natural substances are diluted in water; the mixture is shaken as part of a process called potentization, which in turn is supposed to release a "spirit-like" healing force from within the substance. Homeopaths operate in the belief that the lower the dose, the more powerful is the medicine. These homeopathic remedies no longer contain any molecules of the original substance, but rather their memory. Mnemosyne, goddess of memory and river of the underworld, was a deity celebrated in the cult of the Greek healing god – Asclepius: a prayer was said to Mnemosyne before the incubatio (temple sleep), asking for her guidance in remembering the visions arising while dreaming in the temple.

Directly from a hatch on the floor of Belo Campo, river water is pumped up from the underworld into the cave-like space. It flows through a tubing system winding around a horizontally diverted dance pole, positioned to invite the visitor into a limbo before entering the therapy-cave. Two hanging funnels release globule of homeopathically potentized maternal milk into a steam iron station which serves as the heart of the quackery tool. Used here as a fog machine, it evaporates a mist with the mixed ingredients for the treatment. Through this installation, the artist is sharing her maternal matter as a homeopathetic impulse.

May Mnemosyne help you remember your visions.