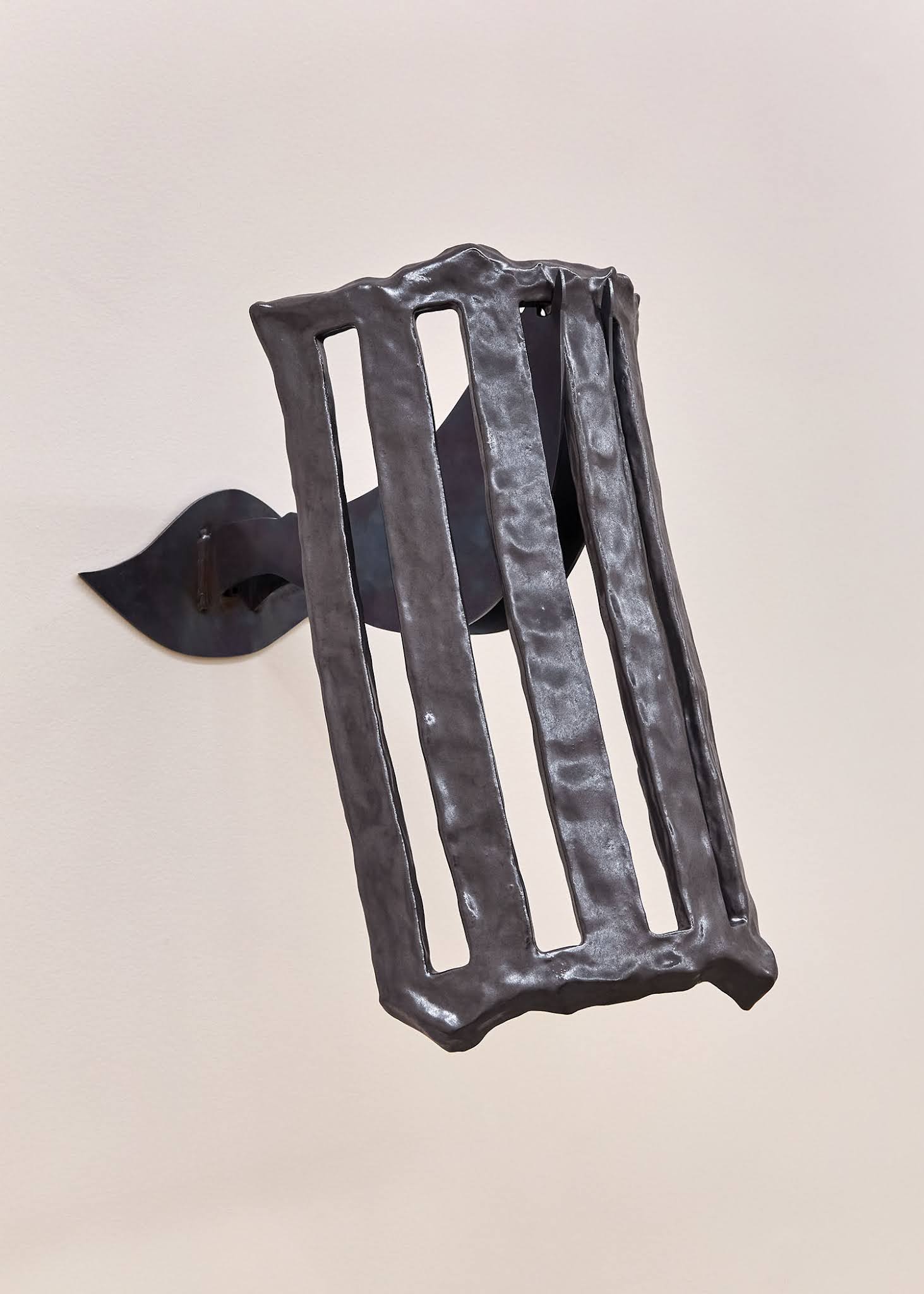 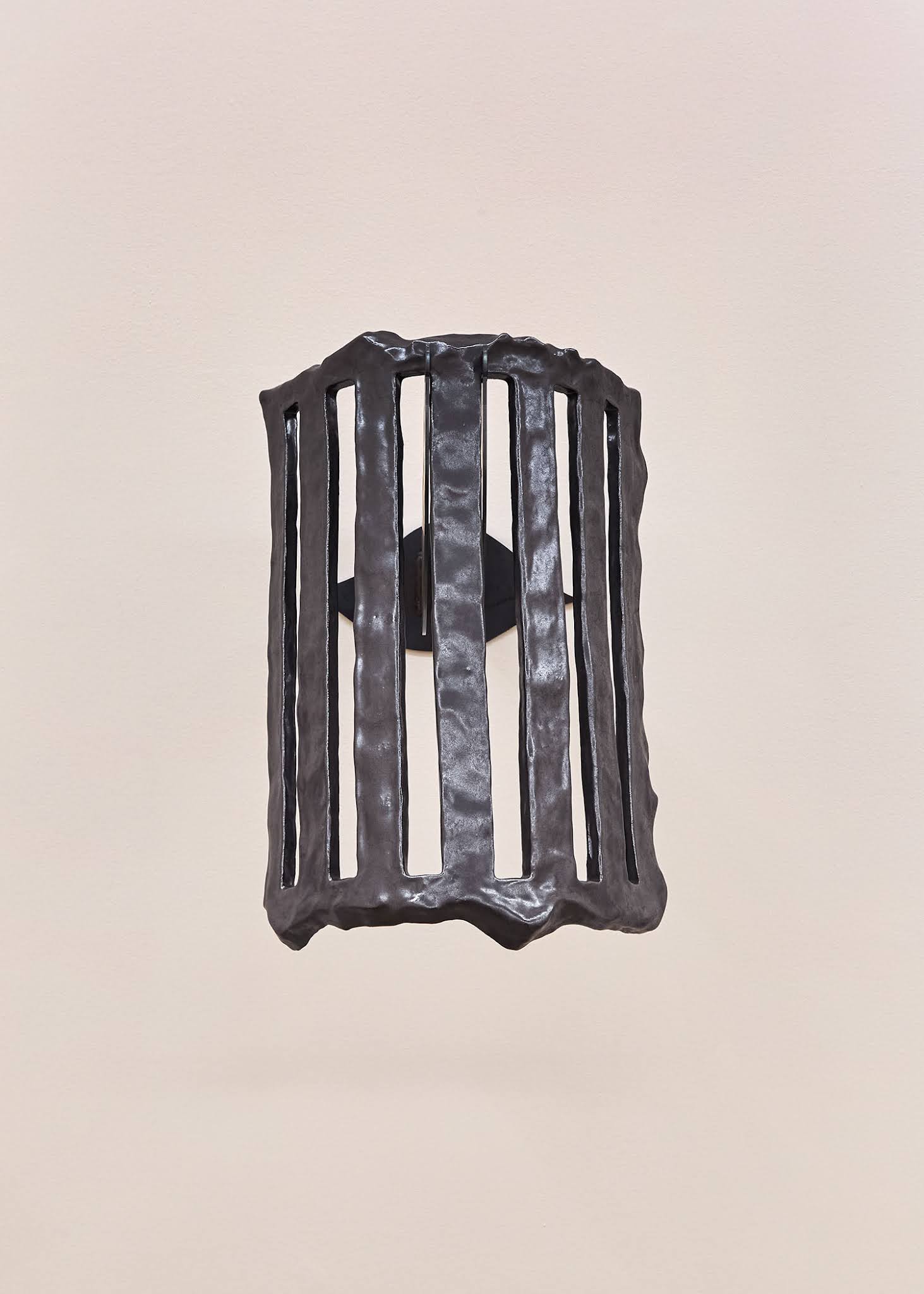 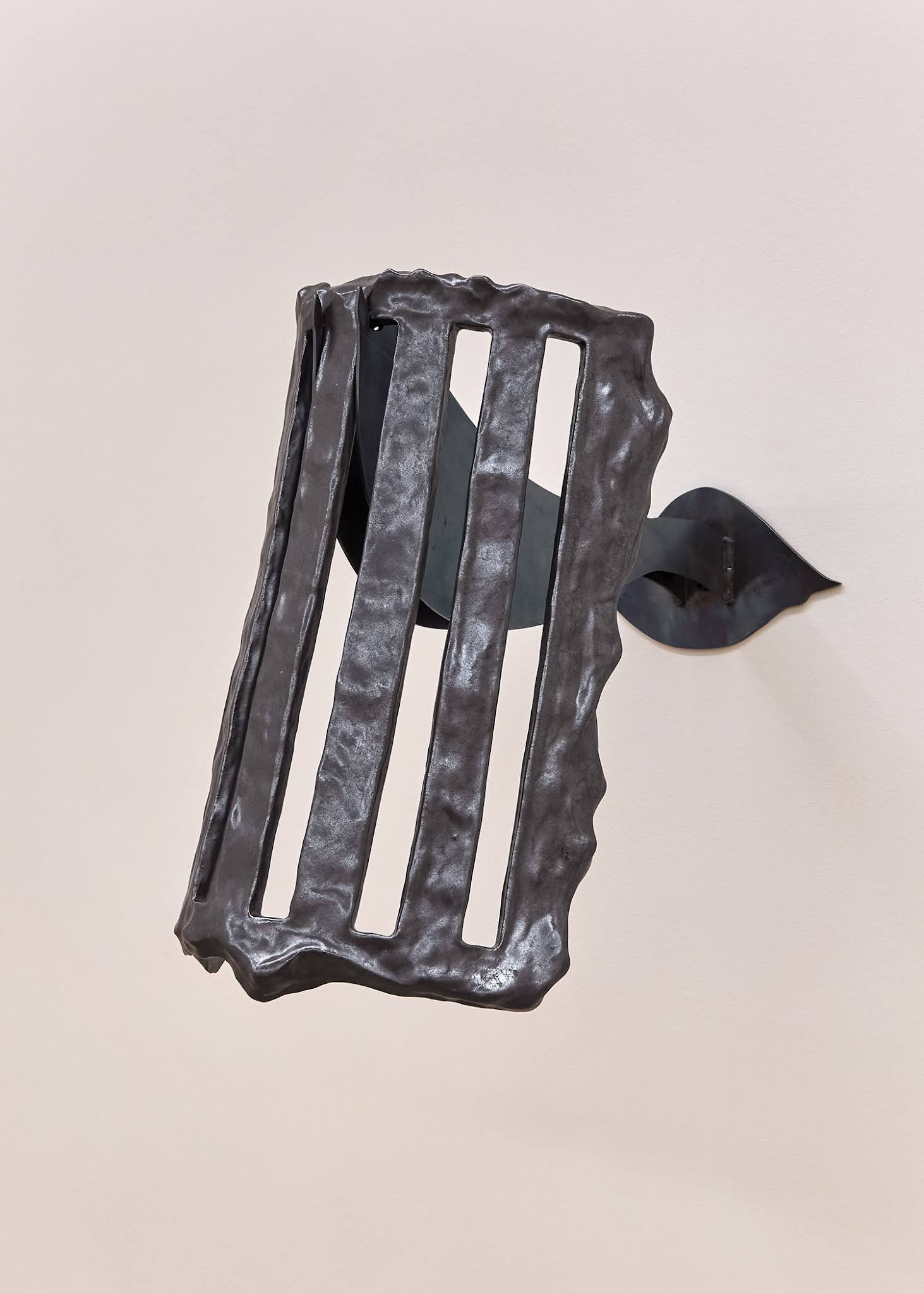 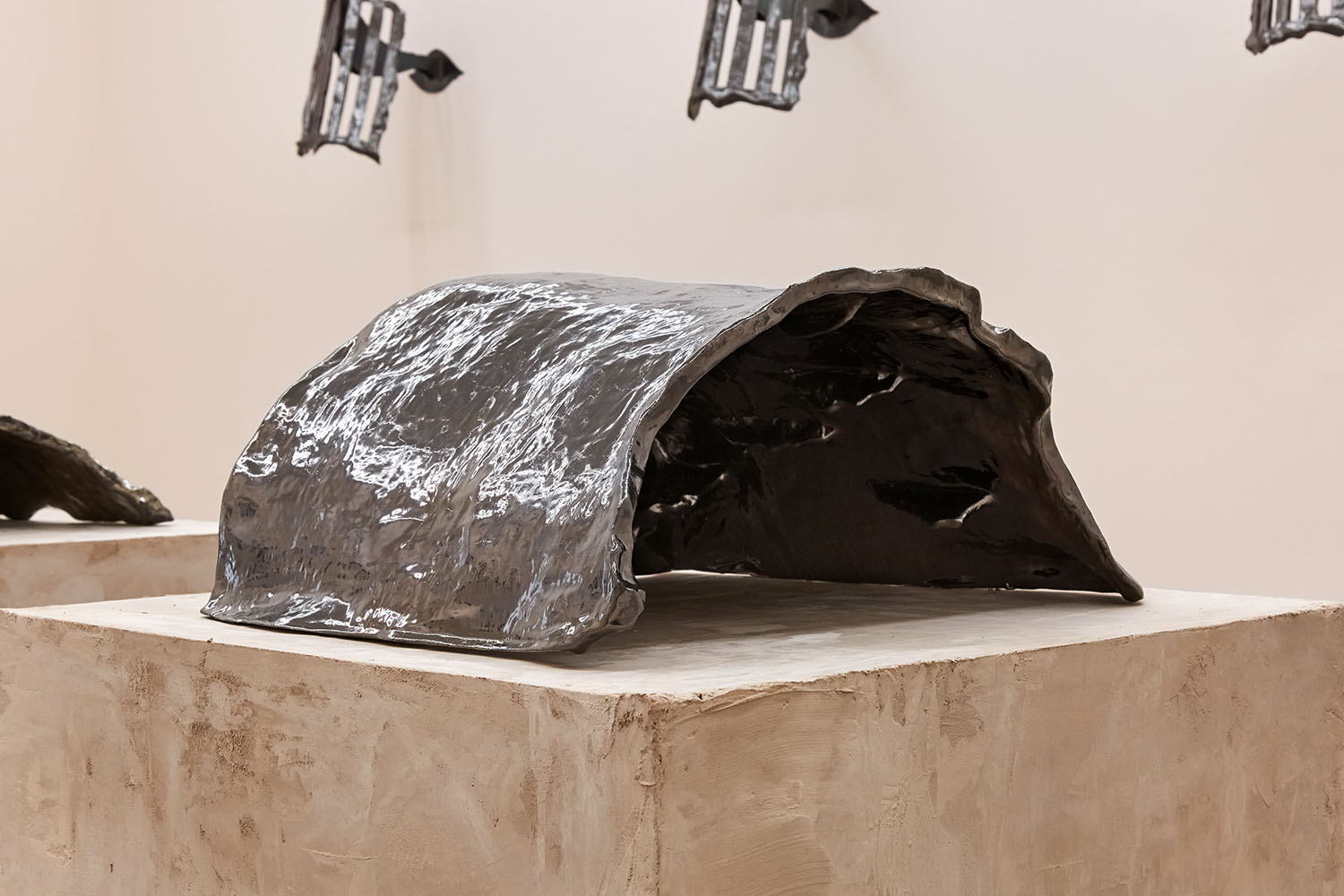 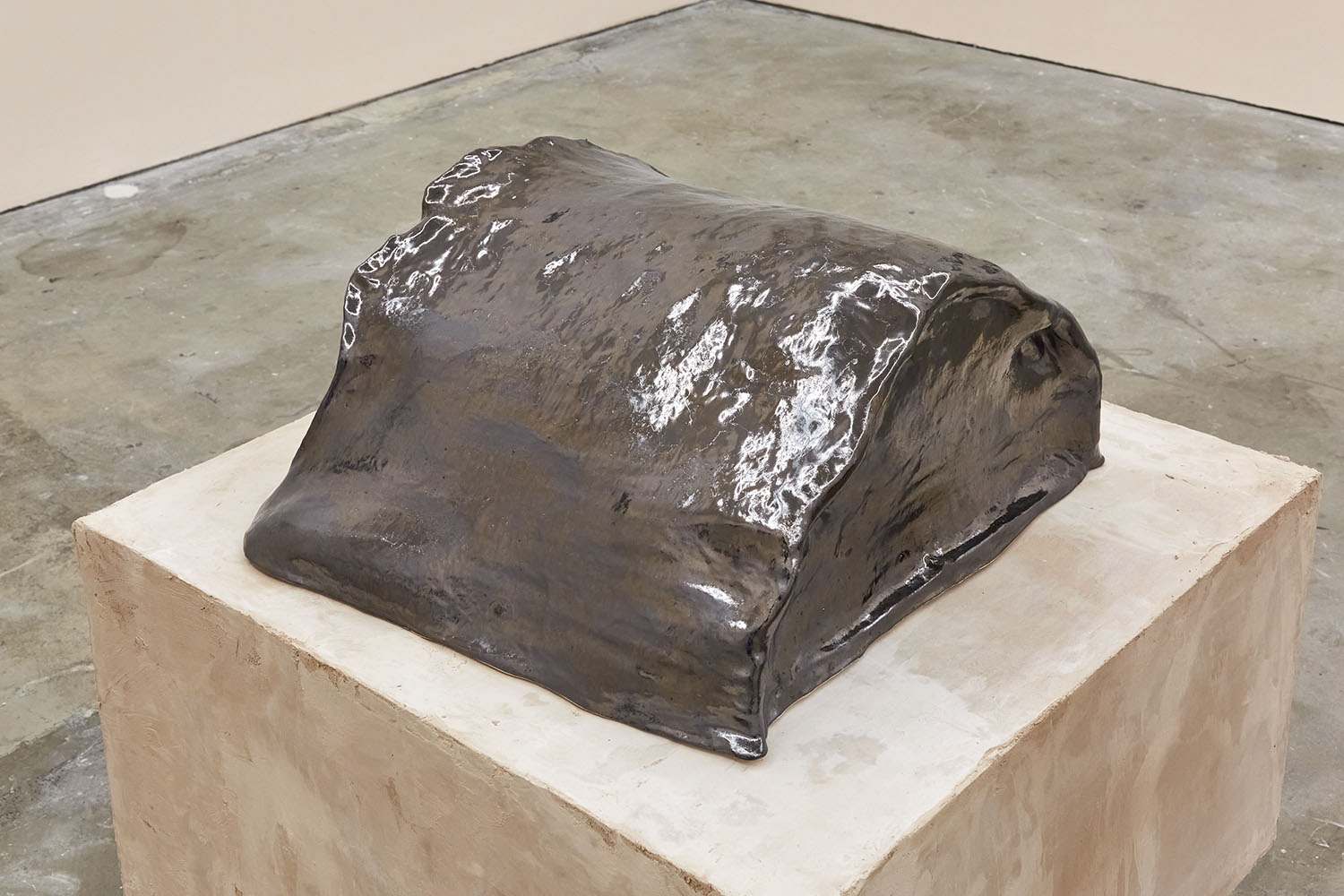 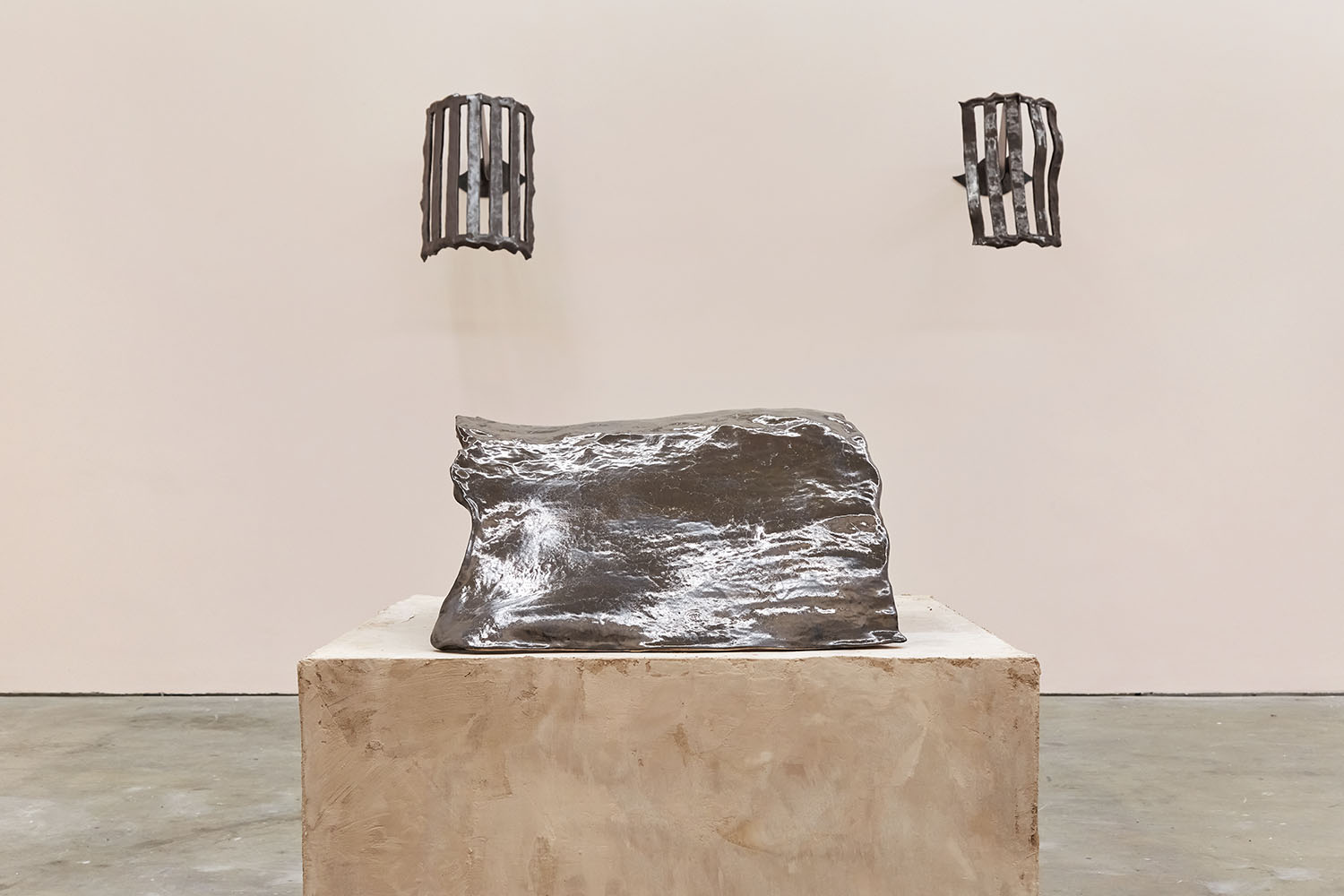 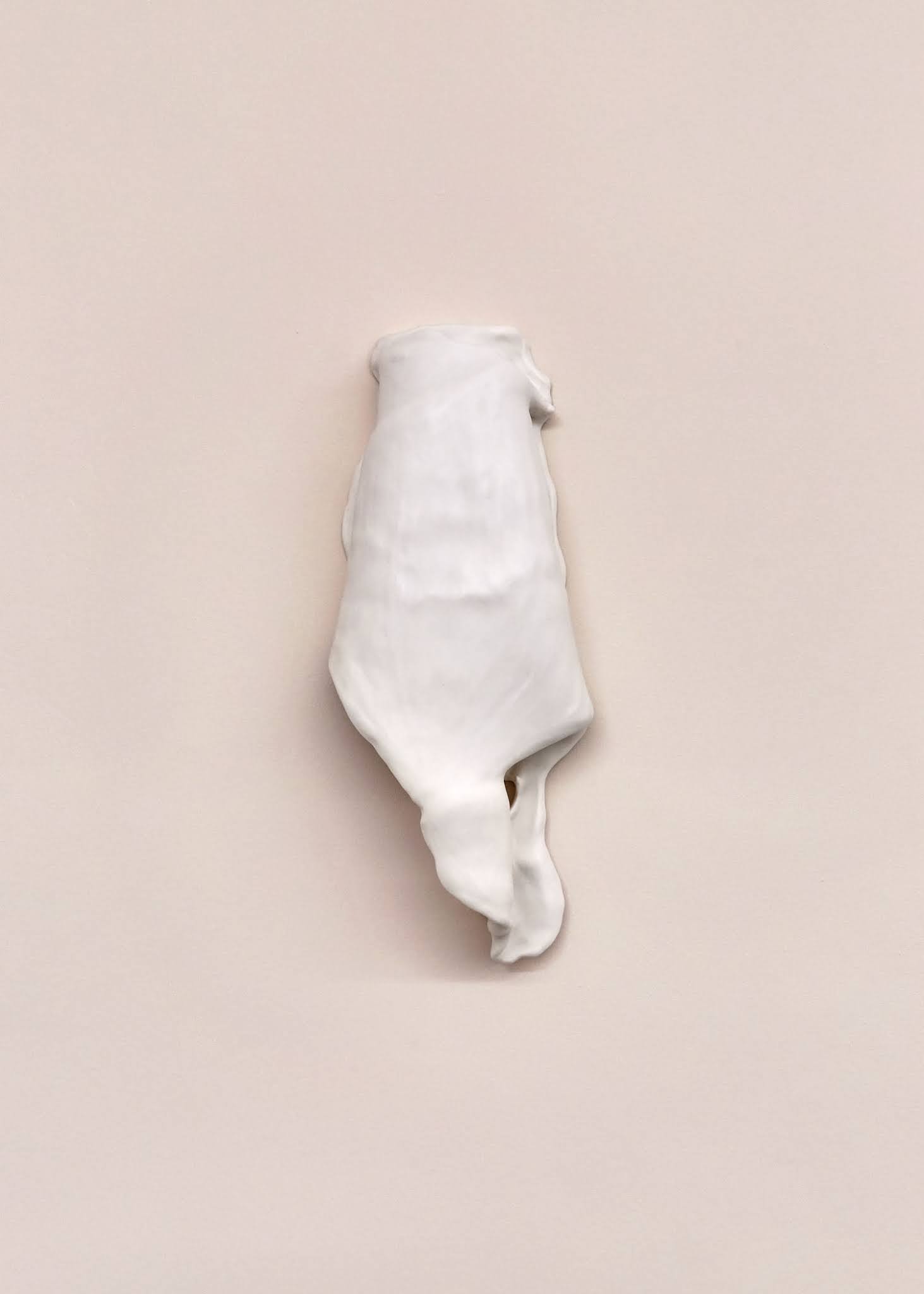 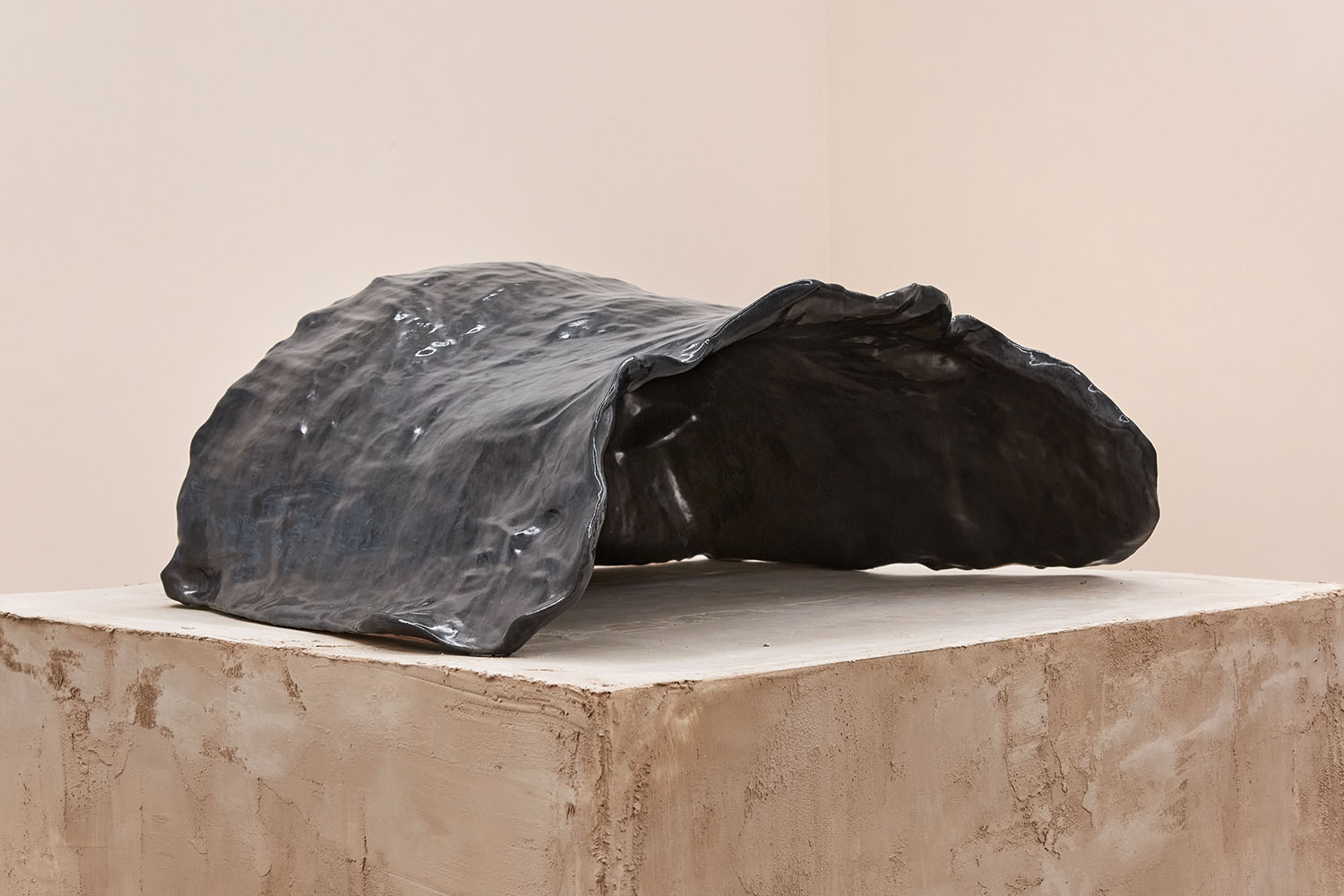 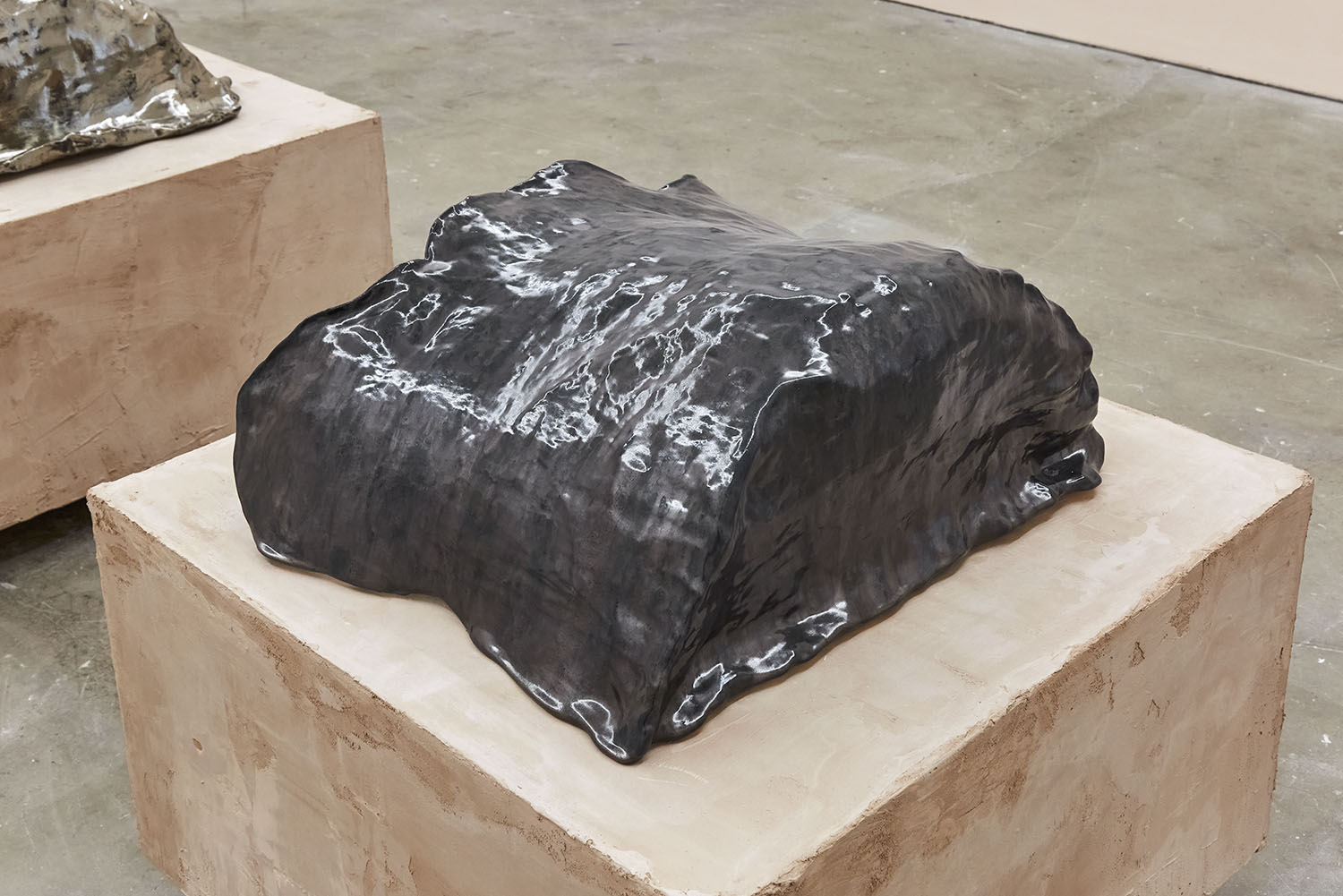 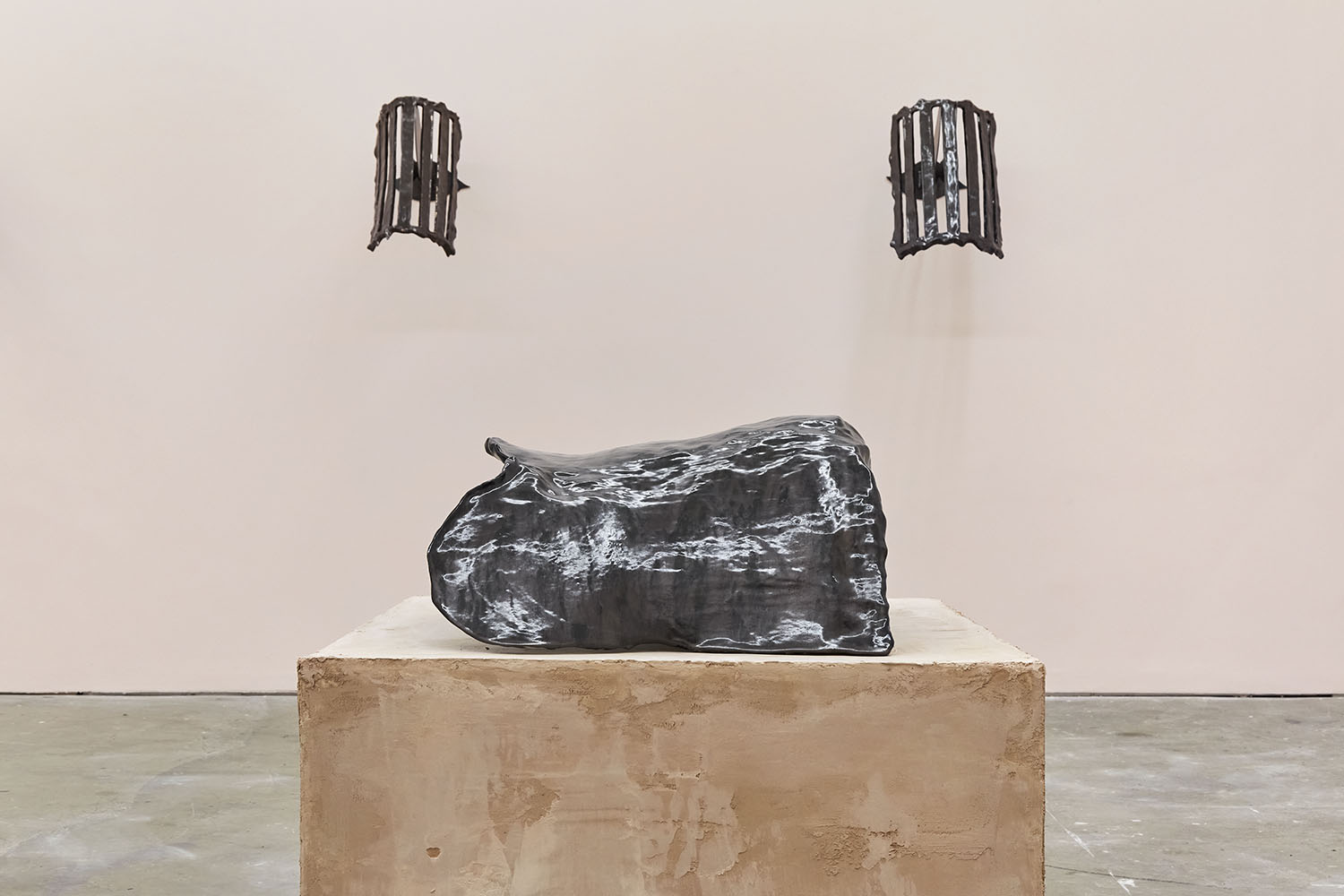 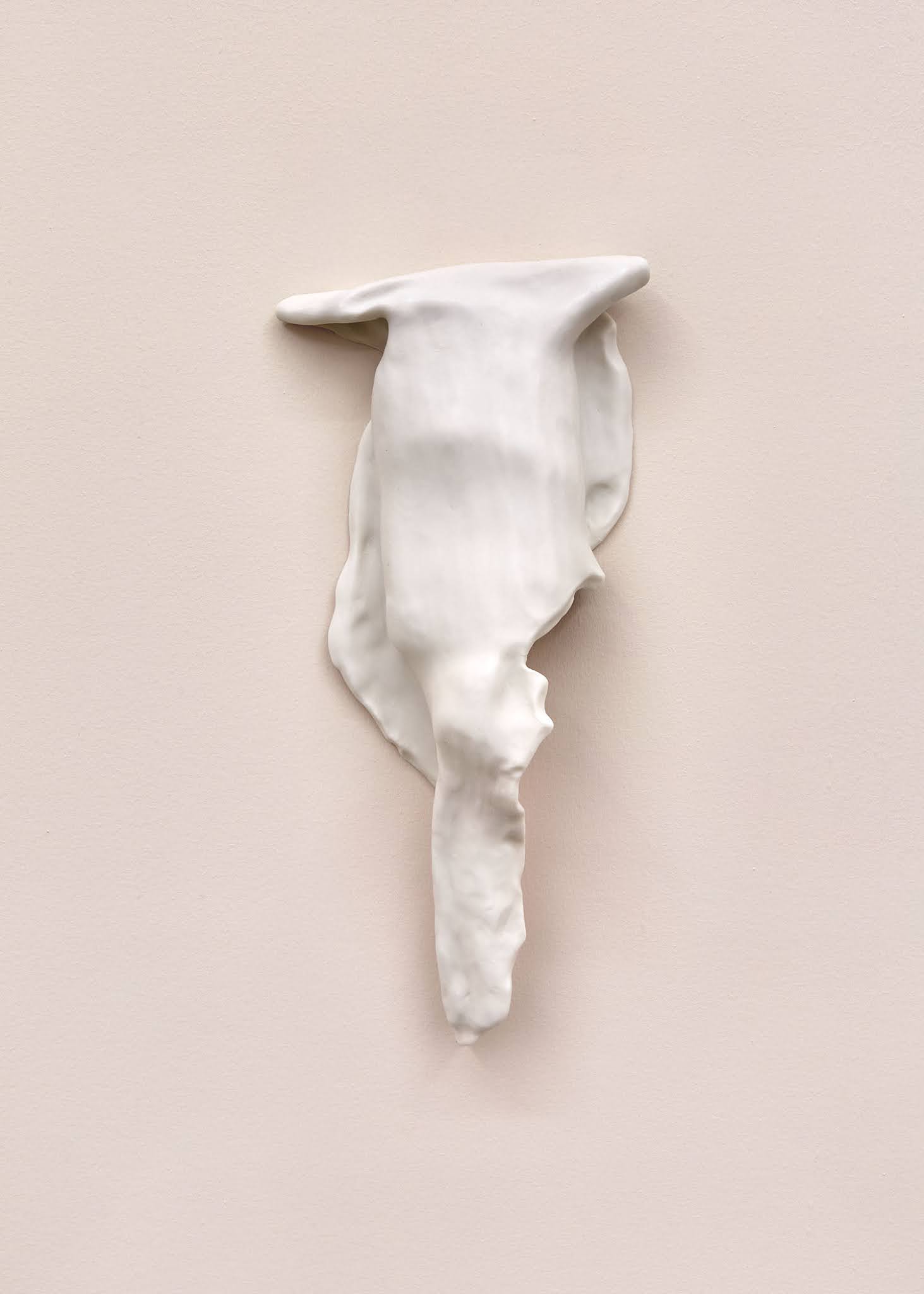 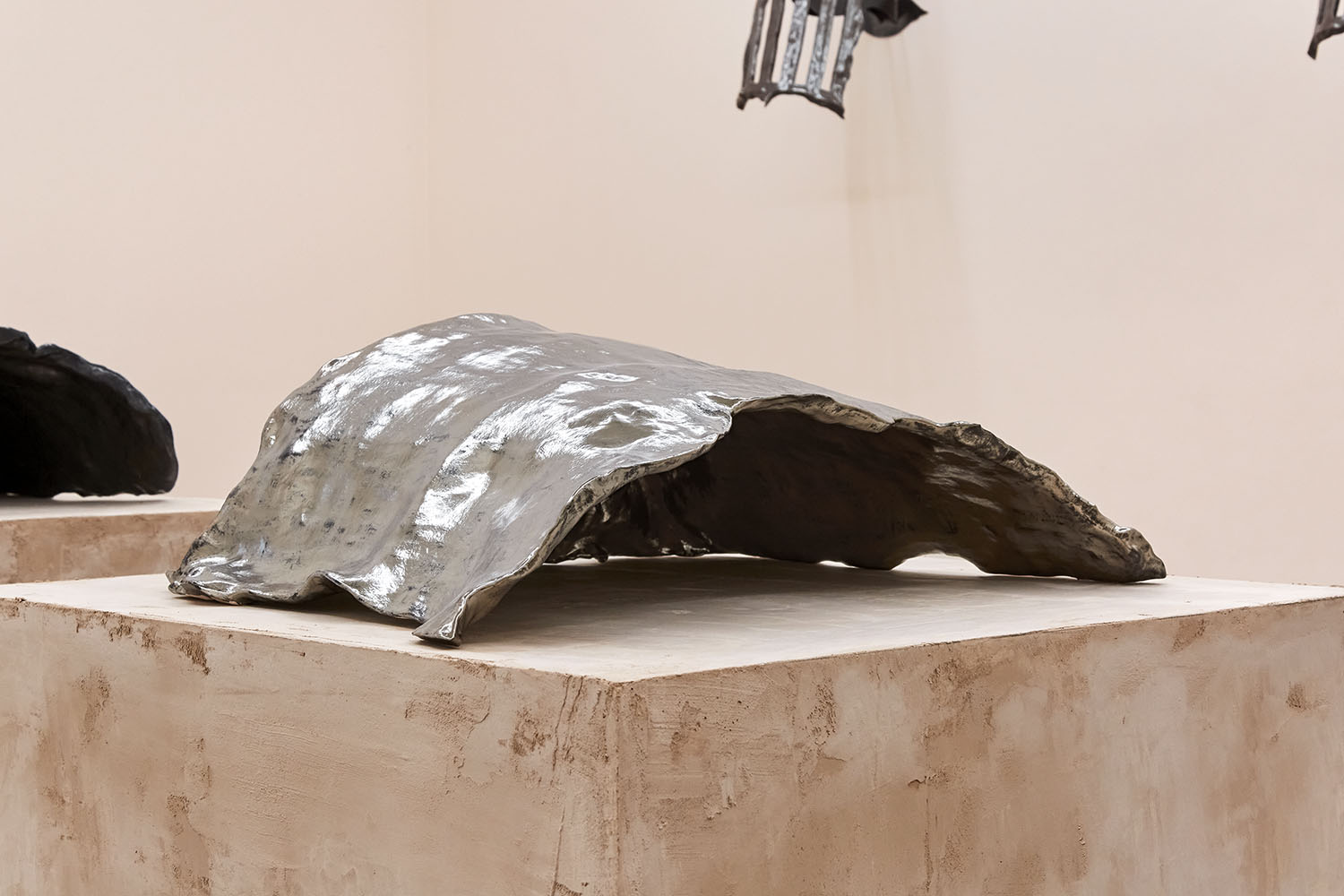 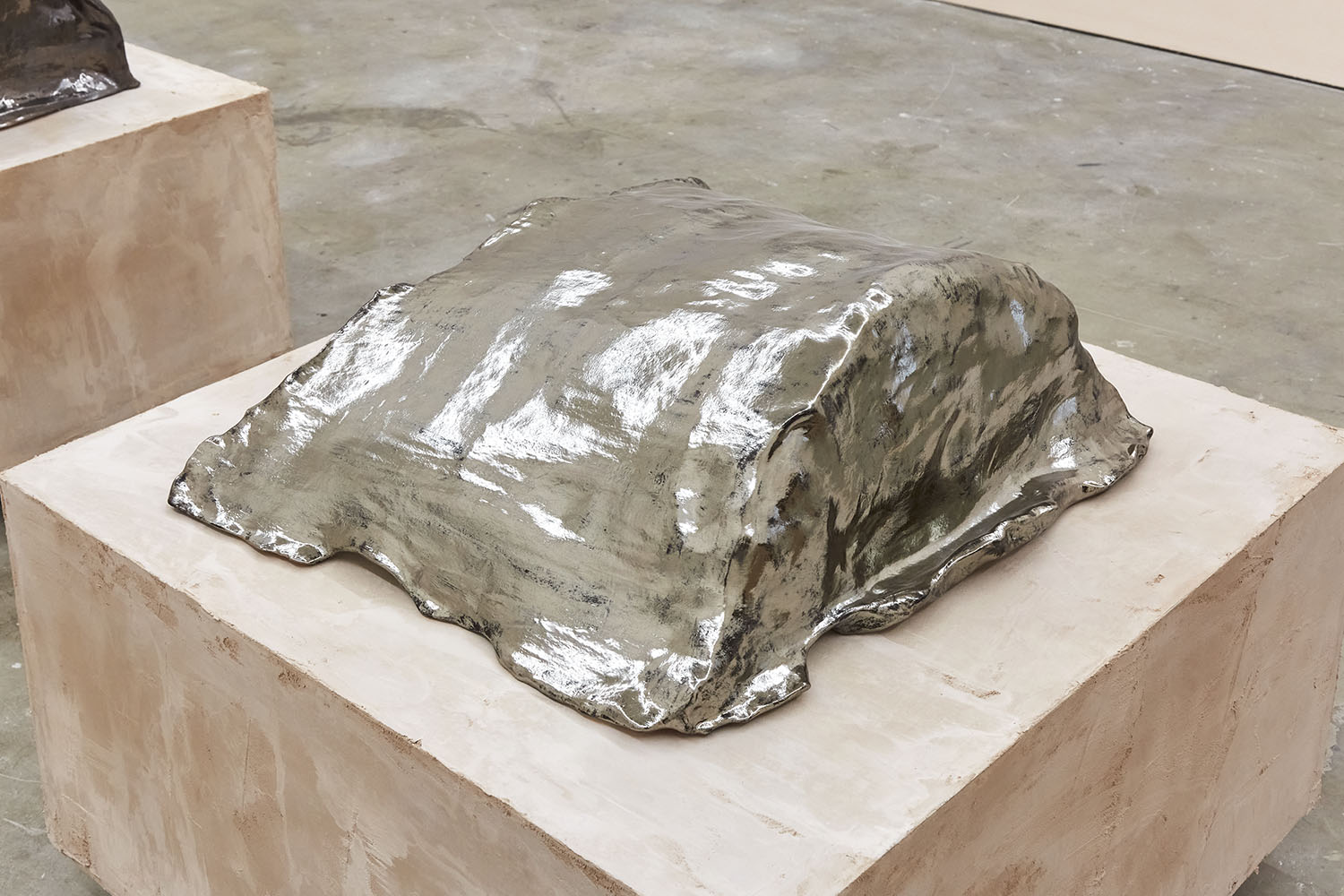 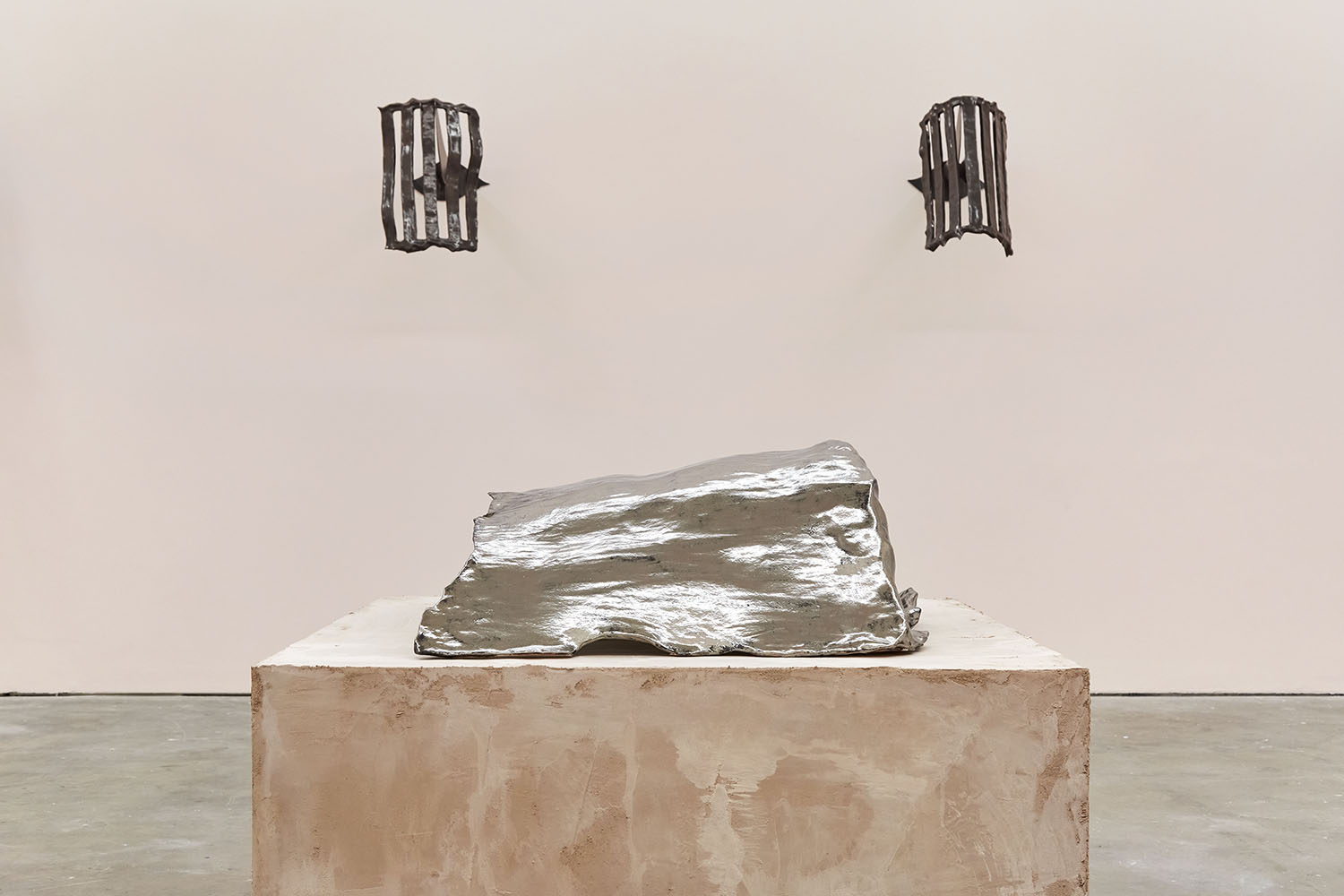 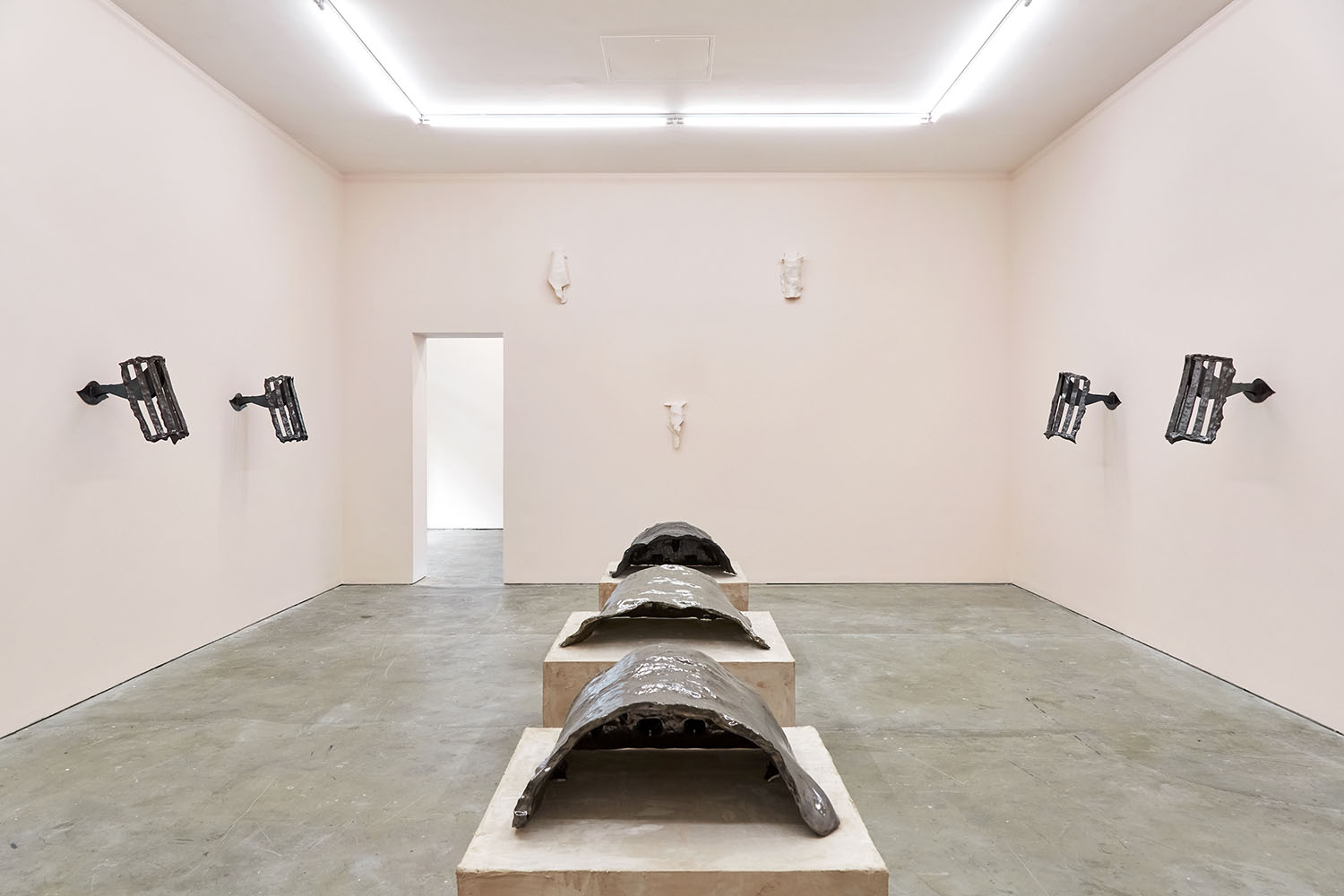 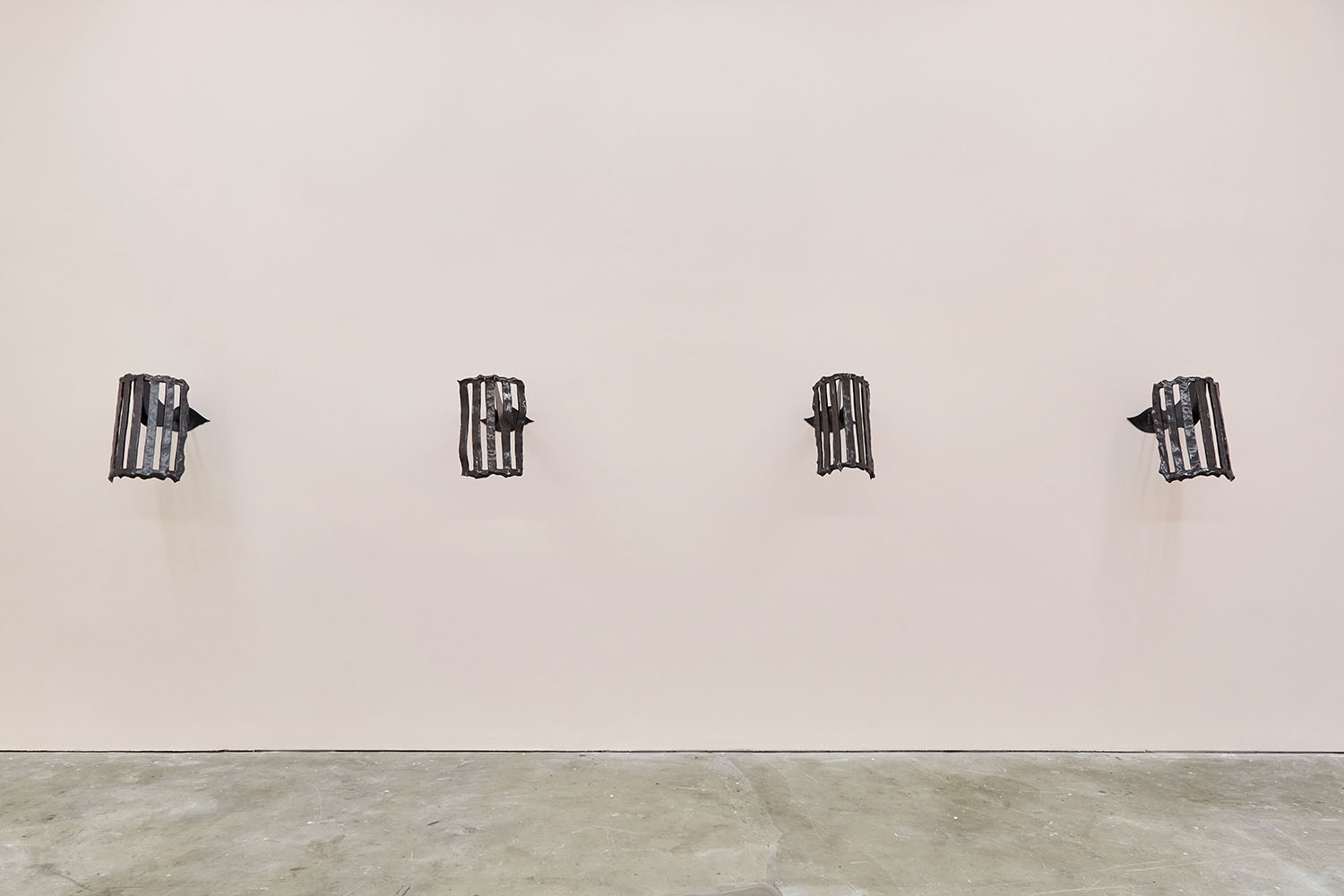 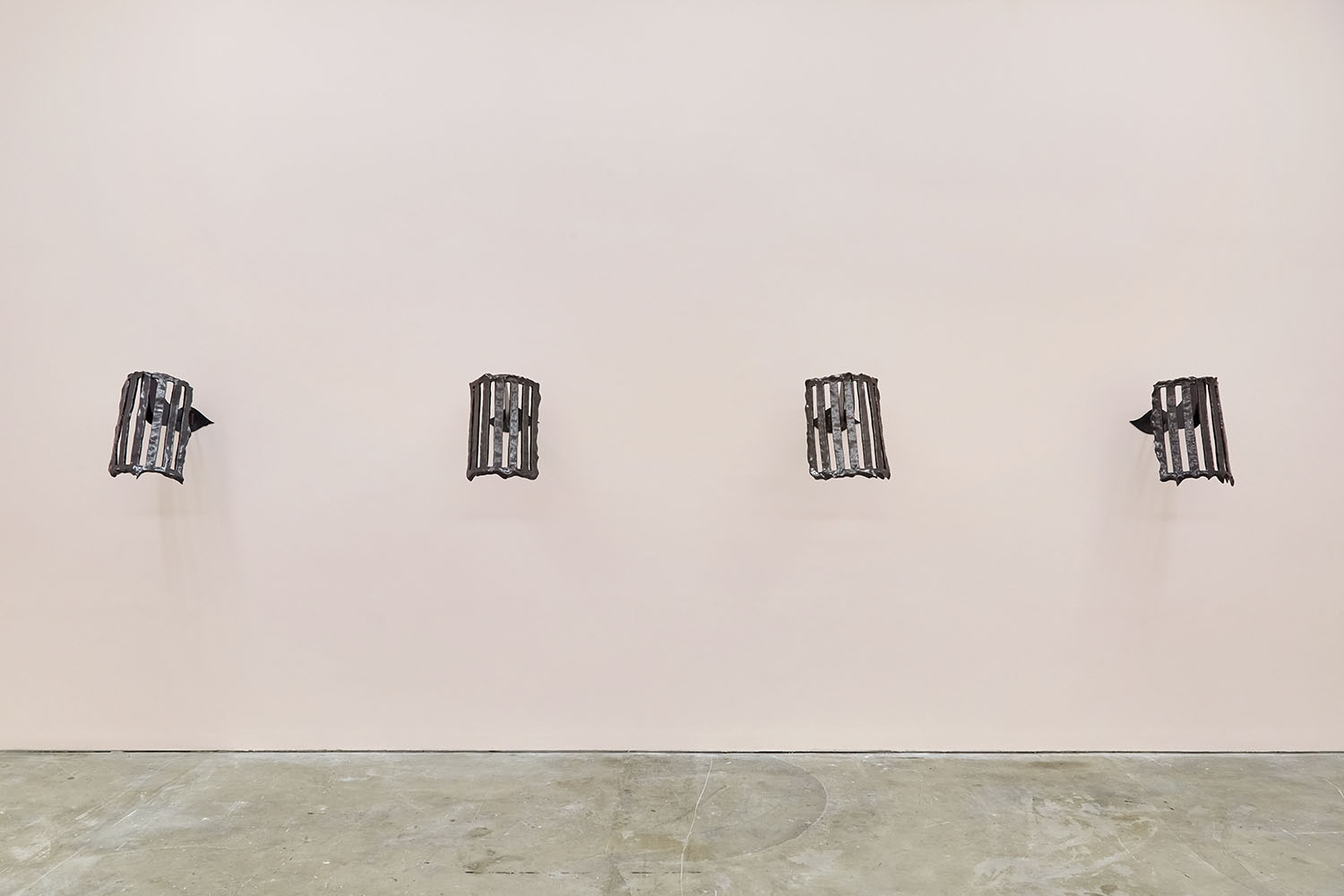 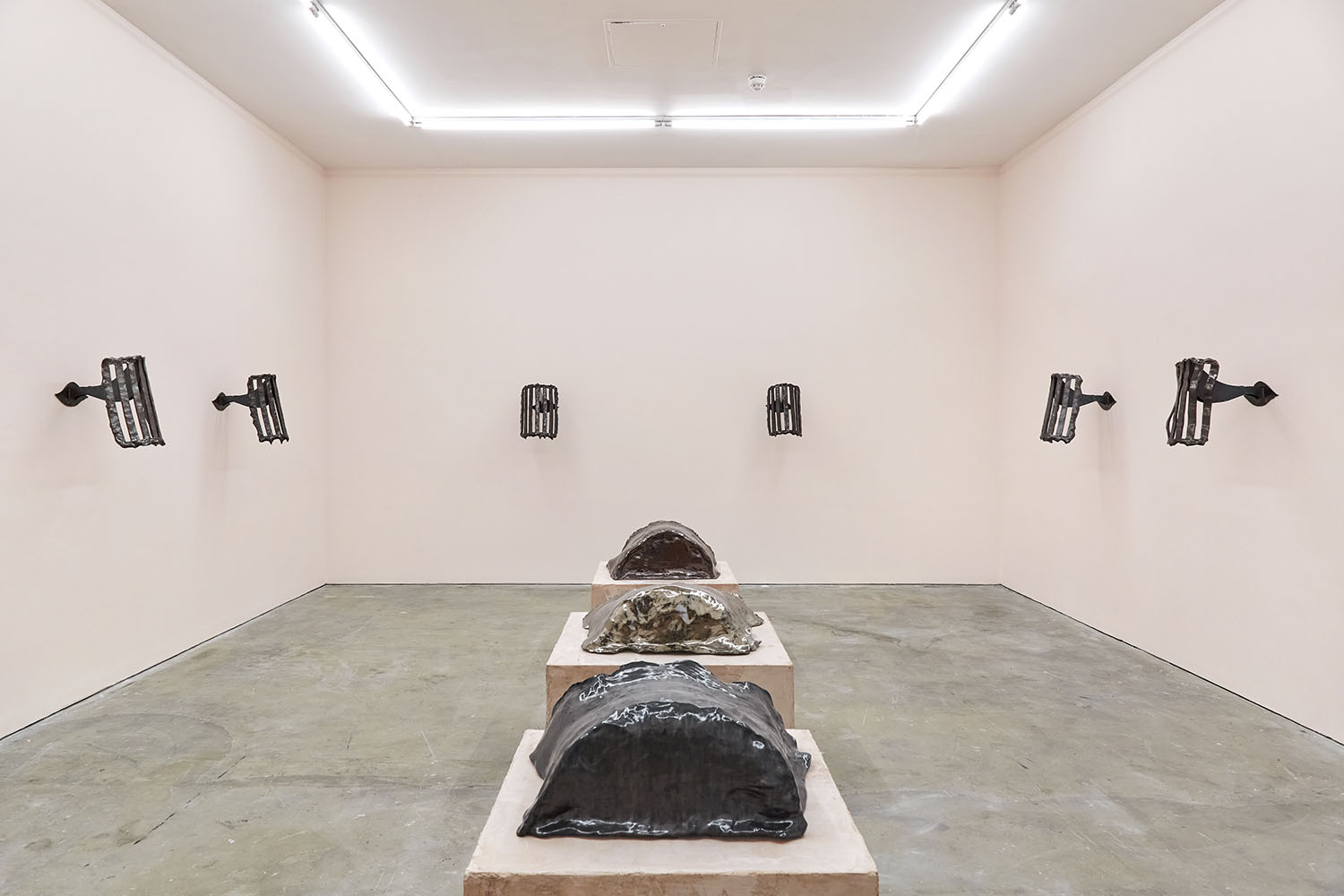 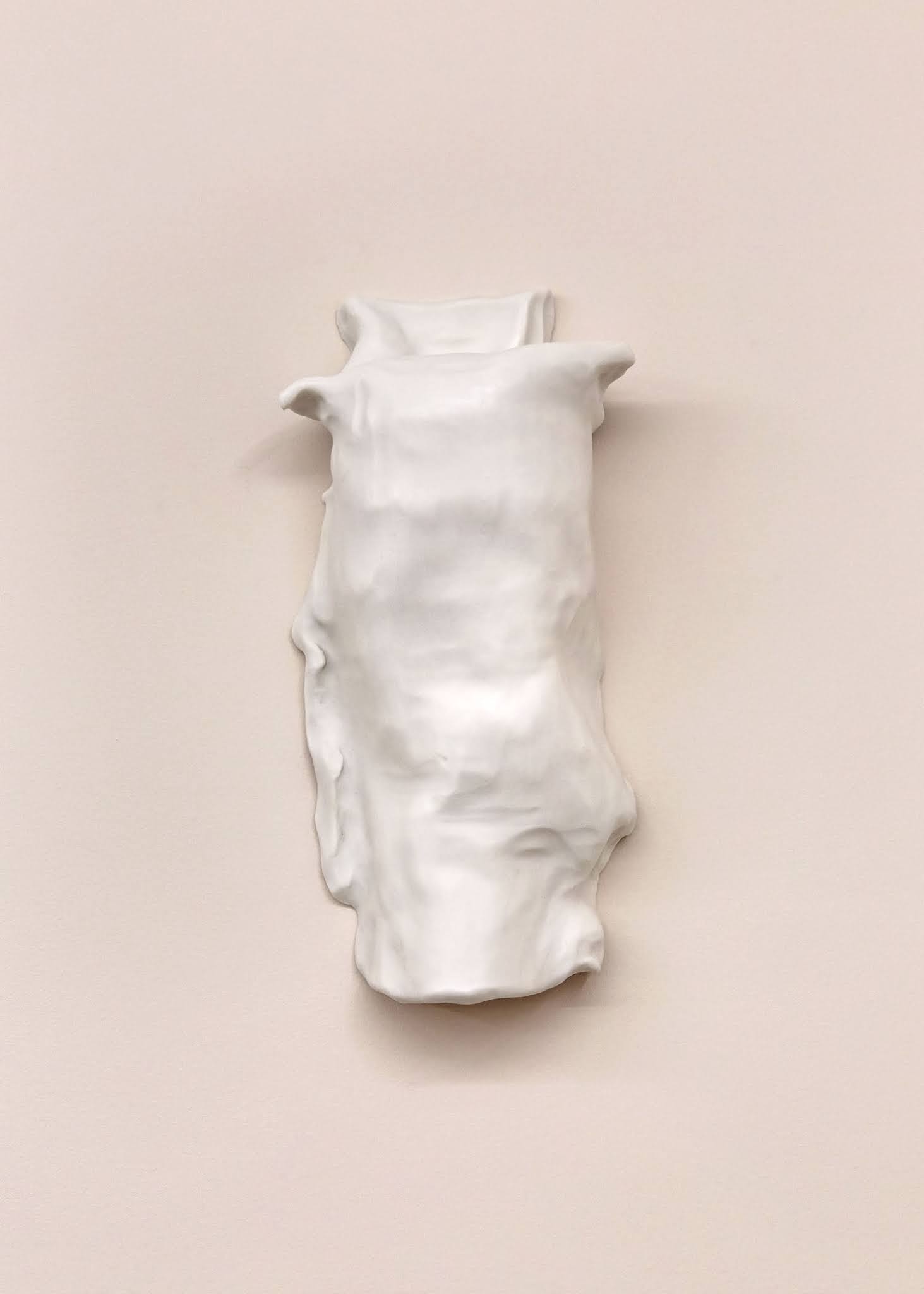 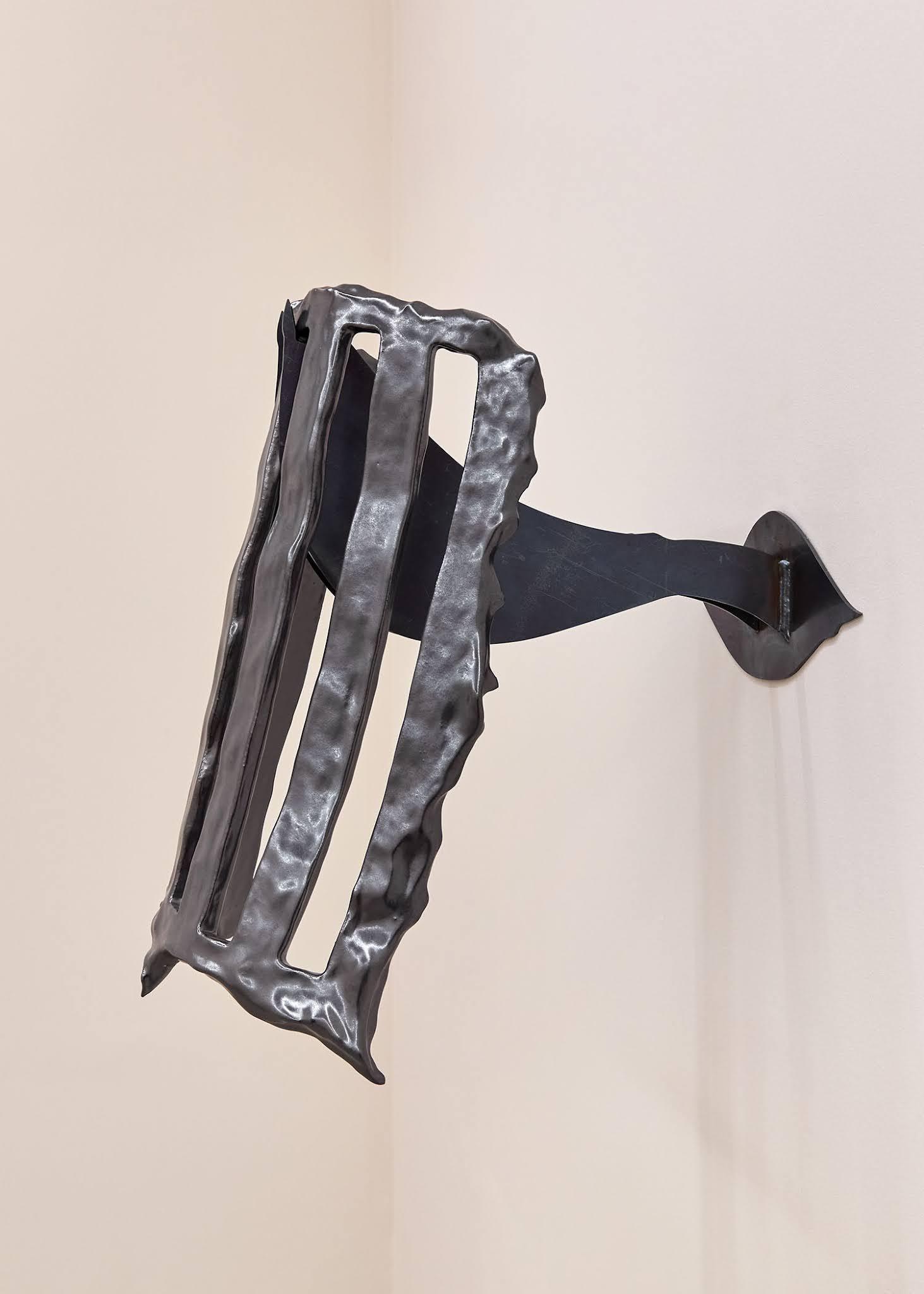 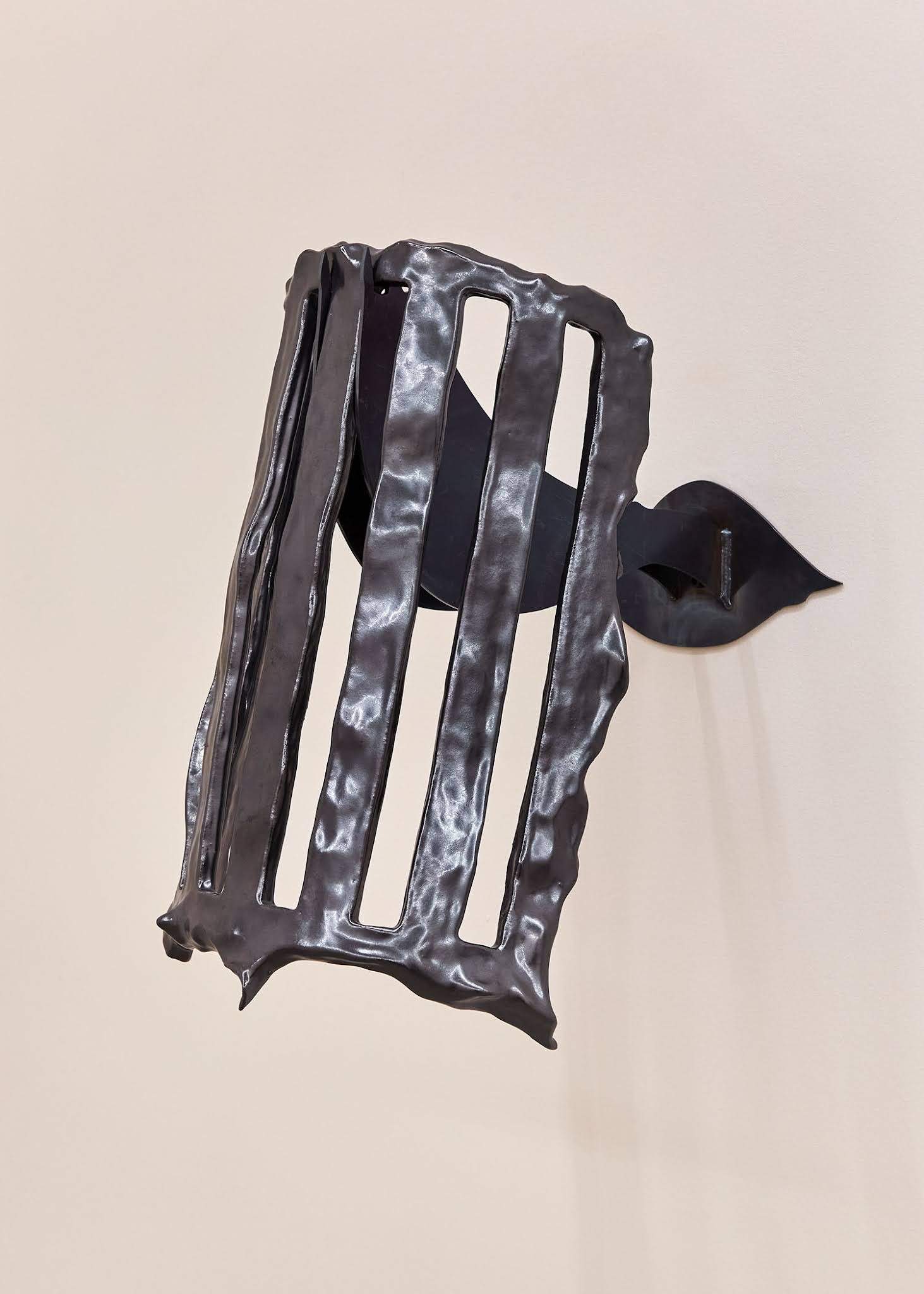 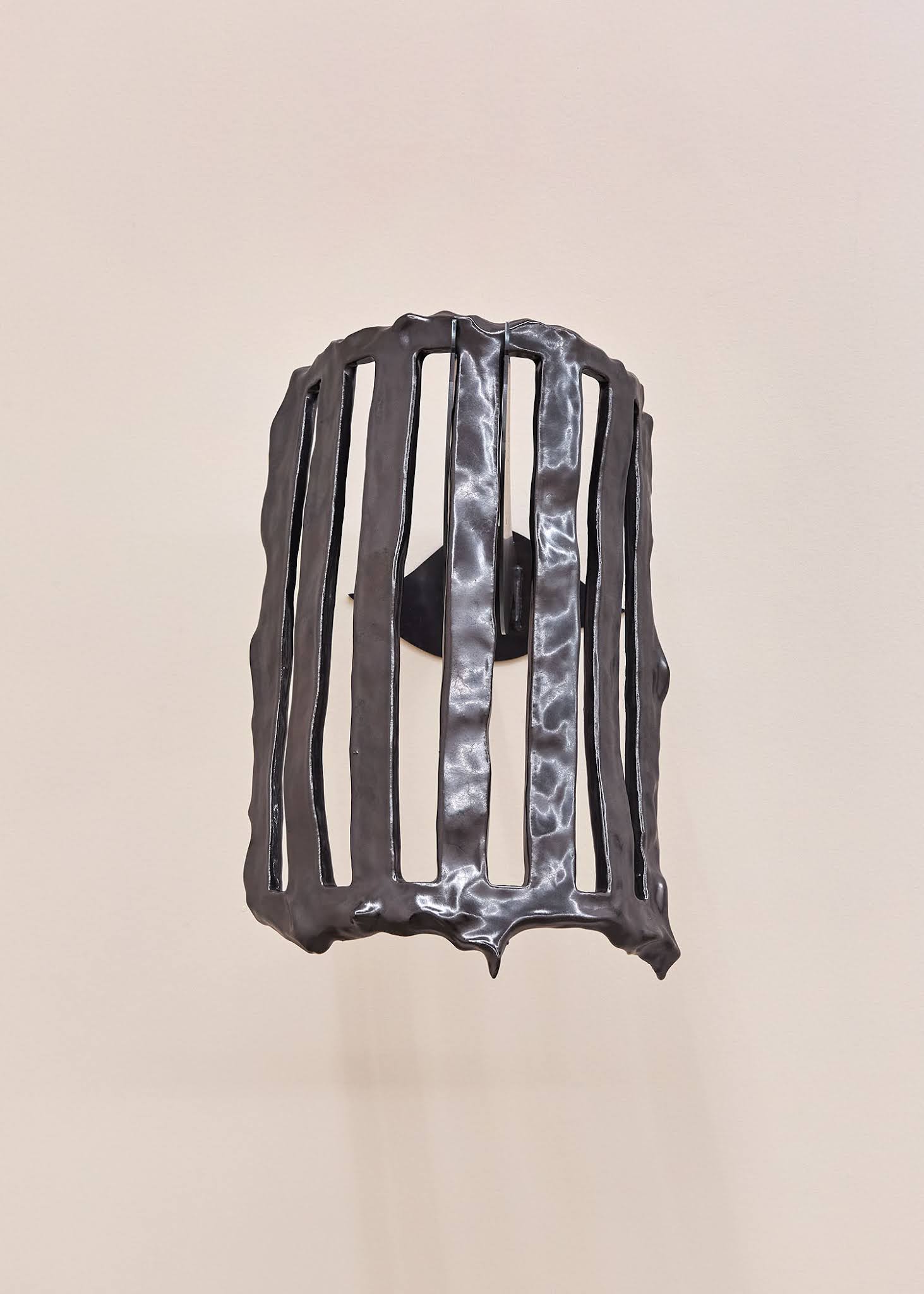 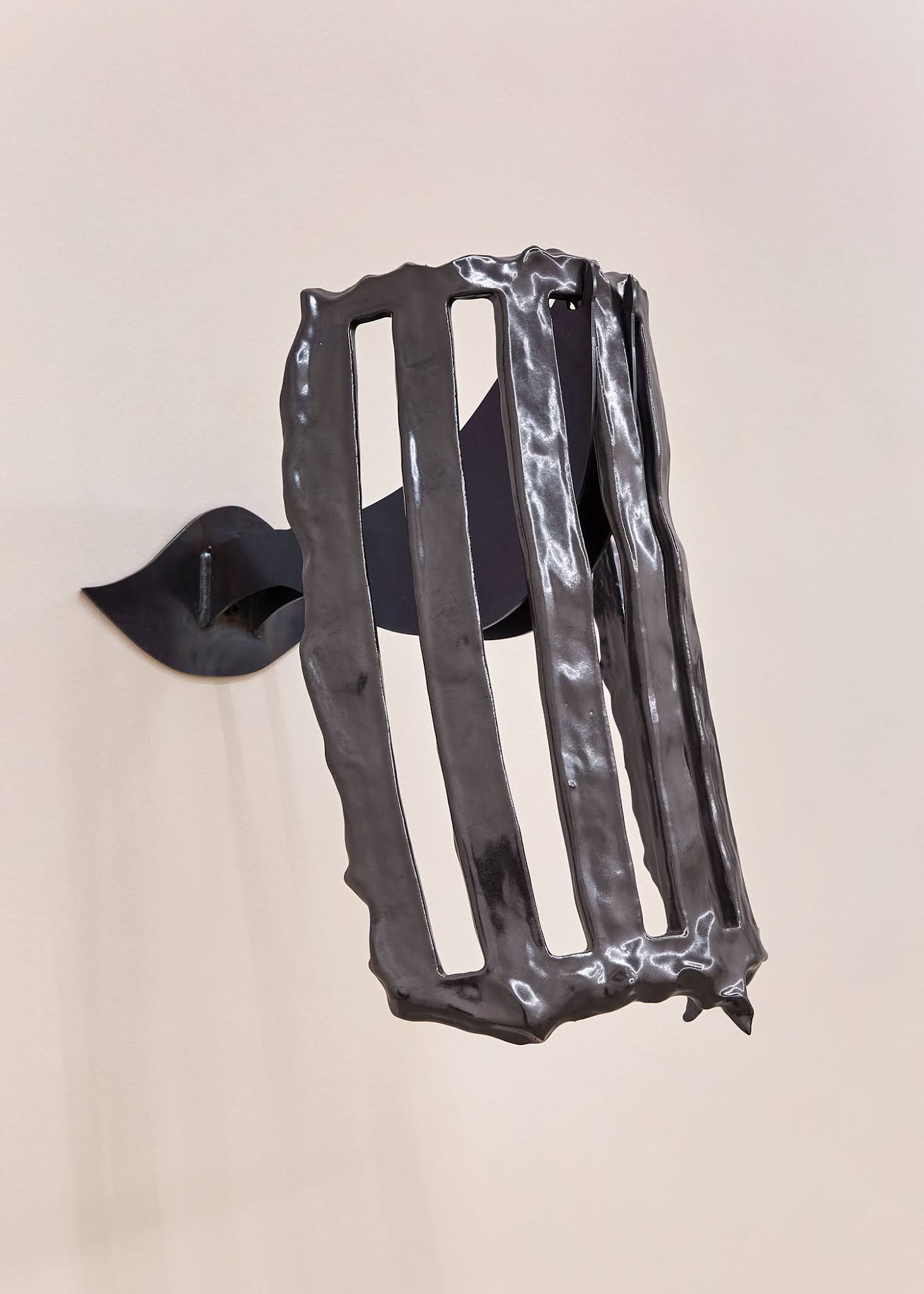 If you’re fortunate enough to be able to maintain a straight line while walking, you’ll be more than able to do the same thing even at a great height, on a precipice, overlooking a fatal drop. There’s no shift to the logic or the demands on your unconscious faculties. Yet most of us will become acutely aware of the mechanics involved in moving ourselves forward. Dizzied by an acrophobic awareness that should the functions we take for granted fail us - we’ll be snuffed out. Standing in Nick Paton’s studio for the second time in a year I was overcome by a similar, vertigo inducing sensation. My last visit came at the end of the first Covid lockdown in the UK in 2020, this one after the relaxation of the second. So the pervasive sense that all is not to be taken for granted, that we are fragile and that vital interactions such as this may be stolen away from us is certainly a real one and is in the air. That particular queasiness has been squashed down for months (always nauseatingly there, often terrible but somehow repressed). It’s something we all know well. Today there’s a new prickly awareness. I’ve always been a morbid fantasist (what if I jumped off? what if that pram rolled into the road? what if some masonry fell from a crane?) and in this studio my limbs are physically aching at the possibility of a flailing arm or a casual step causing havoc to a body of work which has been growing for the best part of two years. The truth is I’d be mortified to damage any other artists work. That goes without saying. But I rarely feel this attached to the unnerving sentience of the things I encounter. They are far from subservient to my presence as a viewer. Their manifestation was never as simple as the call and response of a designer and their materials. Paton’s process is at face value an amalgamation of skill, material understanding and craft. There are ceramics; pulled out of buckets of sloppy sediment, balanced precariously, fired, glazed or stained. There’s cast iron and steel; cut, welded, ground, tempered. But despite all this expertise and understanding there is a fundamental sensitivity to the conversation he has with his works. They are never simply made. They are born out of a rolling, turbulent and attritional dialogue. Processes are constantly undermined or bypassed. New methodologies interrupt the standard ones. The object will rebel, sulk or ask to be cosseted and the artist will find a way. Conventions of display will require a hook or an anchor, Paton will birth a new object, bespoke and genealogically of the first, whose role is to hold up its sibling. They will interact with awkwardness - a symbiotic union. My nervousness around these things is to do with their autonomy. They are evolved - not executed. It’s there for us to see, there’s beauty - but it’s not only to do with arrangement, harmony or formal merit. It’s in the belchings of an organism which has found a way to exist despite the tyranny of standardised aesthetics. Every bump, fold, knot or crevice is a result of a chaotic logic. This one should be this big because the last one was bigger and collapsed, this one should be an aperture because its solid sister didn’t communicate structure the same way, this one wants to be tied down, this one to be propped up, this one to risk failure, this to be more confident and so it goes. What results is this new language and a methodology which is antithetical to tradition. This writing would clearly fail as a press release because the work is un-paragraphable. It misbehaves and is vulnerable, not only to the physicality of its making but to multiple interpretations. Some of these things look like cages or even portcullises, maybe armour or masks. Some are caves, dwellings, pockets. the readings come thick and fast. But as soon as I acknowledge one association there’s something there to scratch it out or to tip it away from me. Every time one of Paton’s works takes on a tough attitude (for example), the light shifts and the black metallic sheen becomes a pearlescent shell. Every time something holds space and demands to be acknowledged as an object I walk around it a little and it reveals how precarious it can be. So, much like the fatal awareness we get from walking along a rooftop, the more we see of these things, the longer we look, the higher our alertness to their potential and to their willingness to risk it all. Risk is evolutionary in this case. Eating berries to find out whether they are poisonous. The resulting works are uniquely human in their sophistication and their dumbness, their strength and confidence and their ultimate vulnerability.
Reece Jones. 2021 Reece Jones is an artist who lives and works in Suffolk UK. He is an occasional curator and writer and lectures in Fine Art at City & Guilds of London Art School
Nick Paton was born in Edinburgh in 1984 & lives and works in London. He graduated from BA Photography and Film, Napier University, Edinburgh (2012) and MFA Fine Art, City and Guilds of London (2019). fala ford is Nick Paton’s debut solo exhibition. Selected exhibitions include The Stable Object in Precarious Times, Castor (offsite) London (2021), The Potion Room, Subsidiary Projects, London (2020); Habitual, Castor, London (2020). Awards include Woodwork Fellow at City and Guilds London Art School, 2019-2021.
Tags Castor, Lazy exhibitions, London, nick paton, solo exhibition
Newer Post Older Post Home