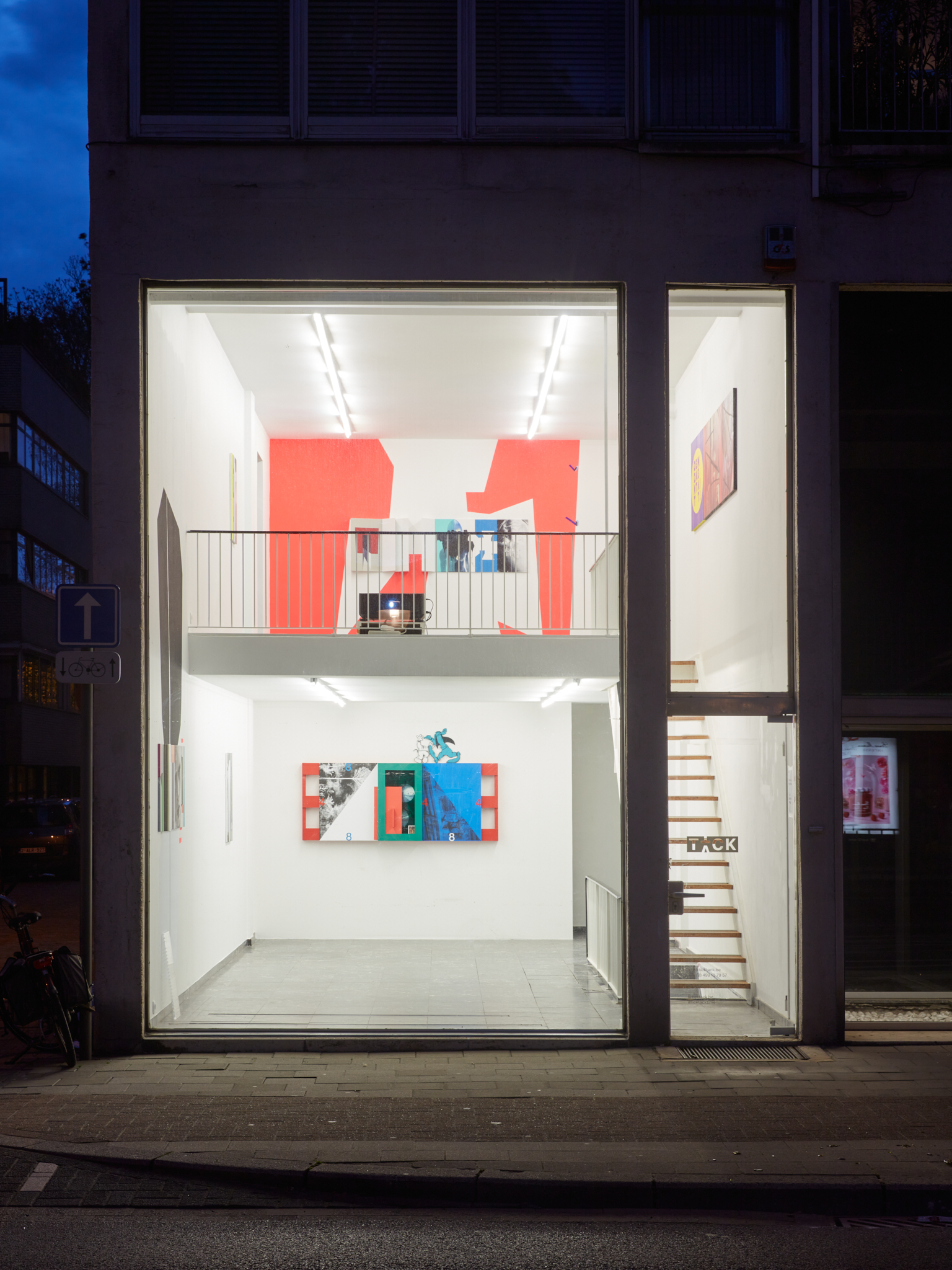 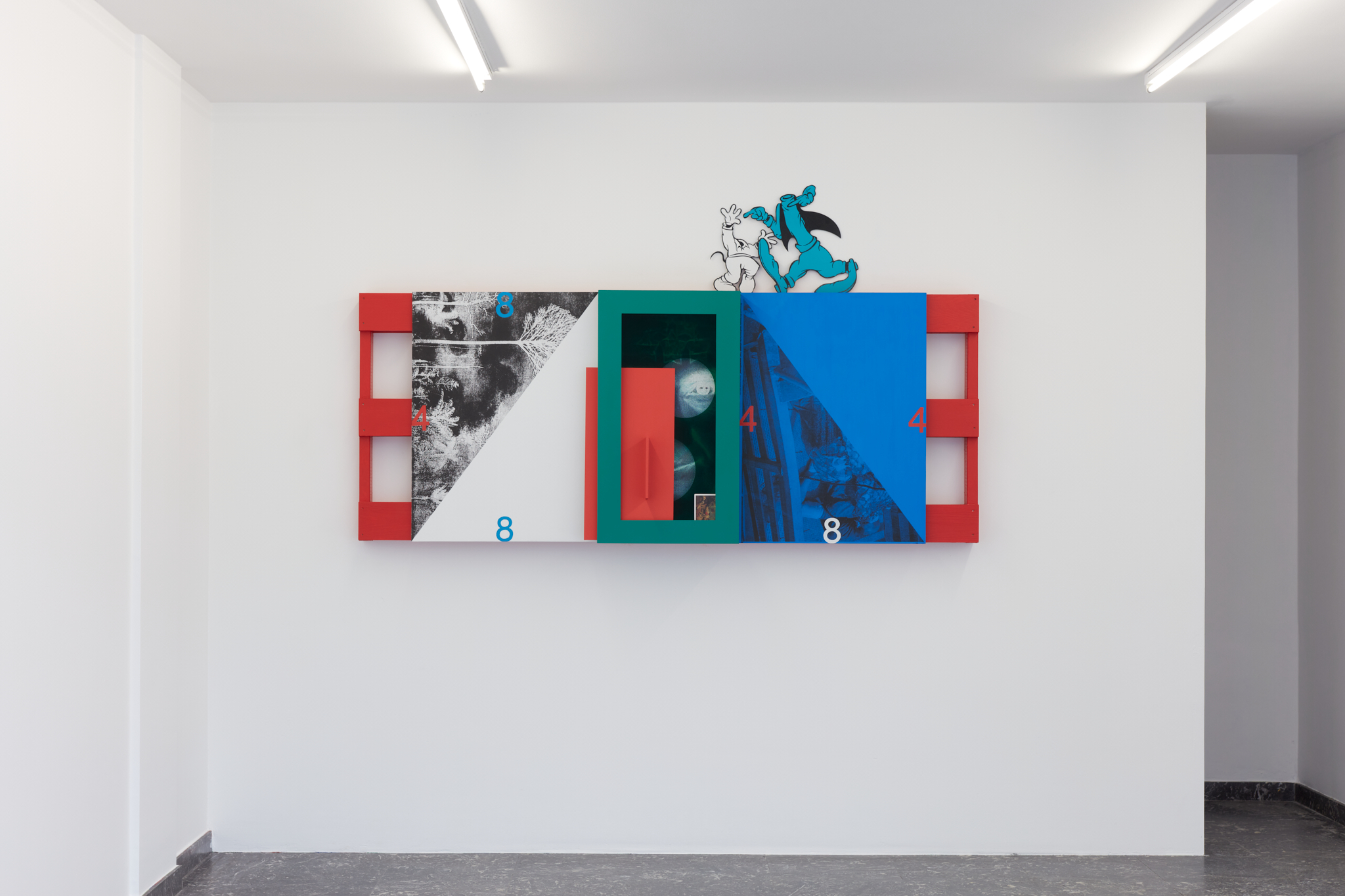 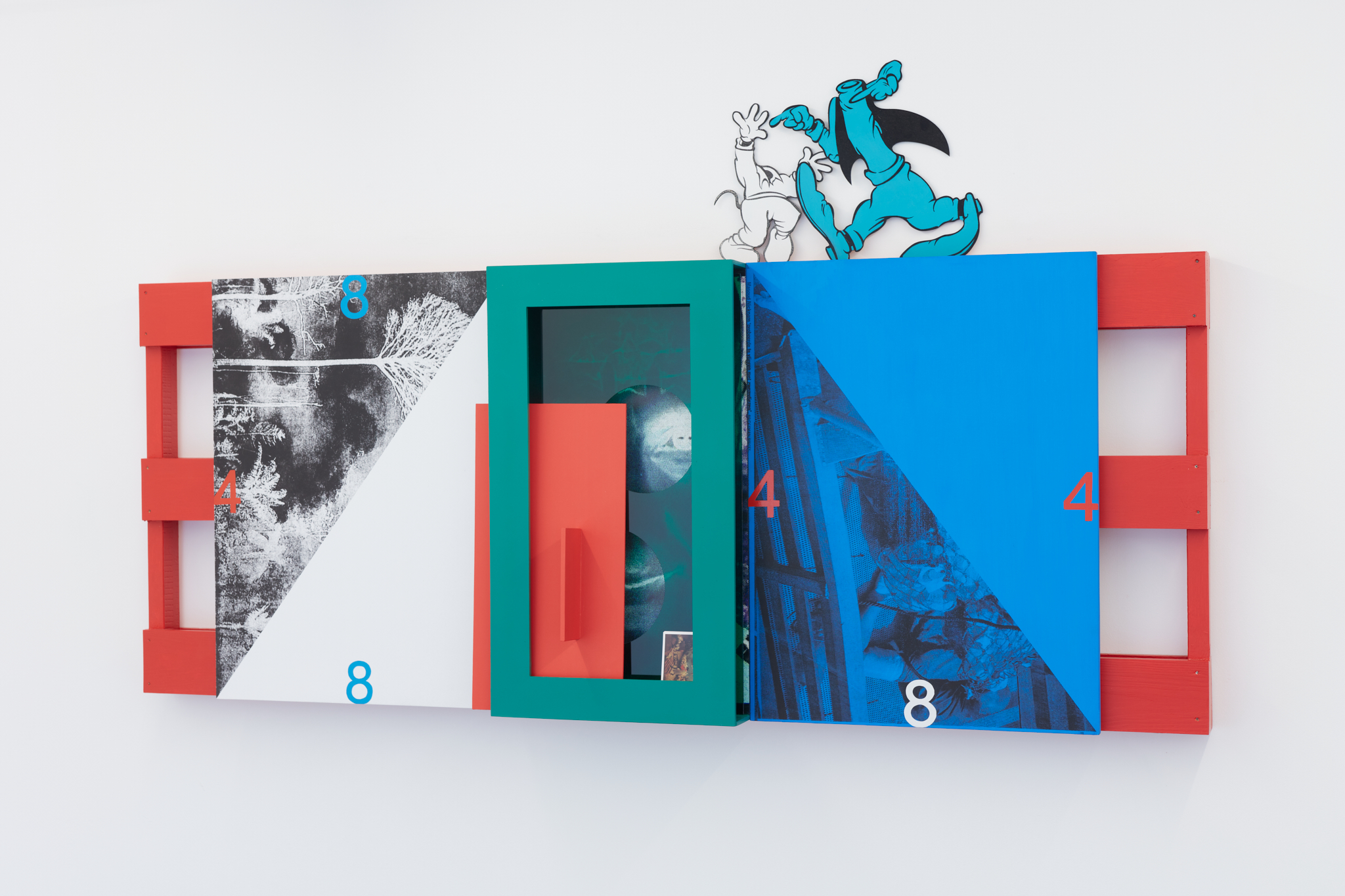 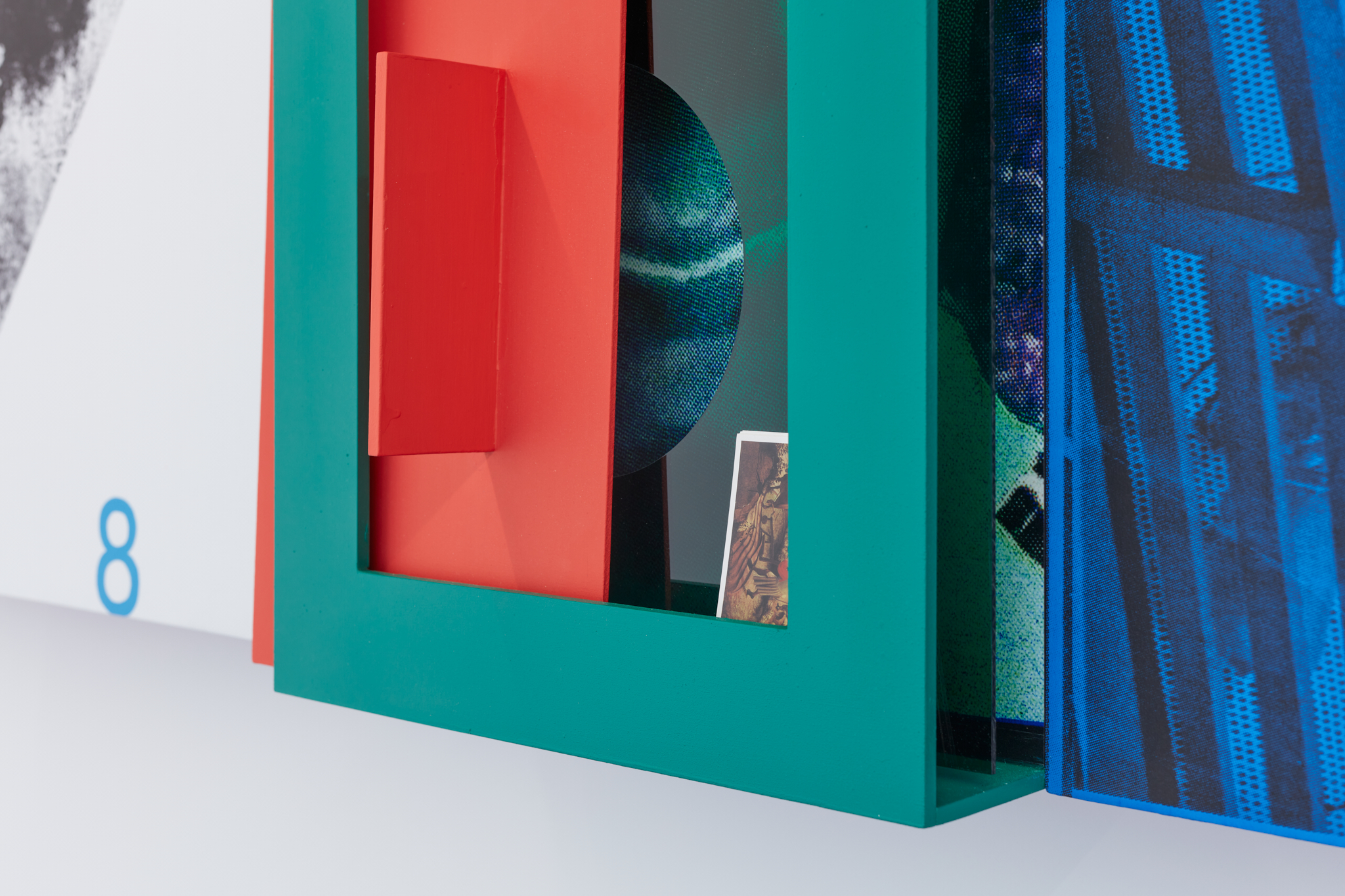 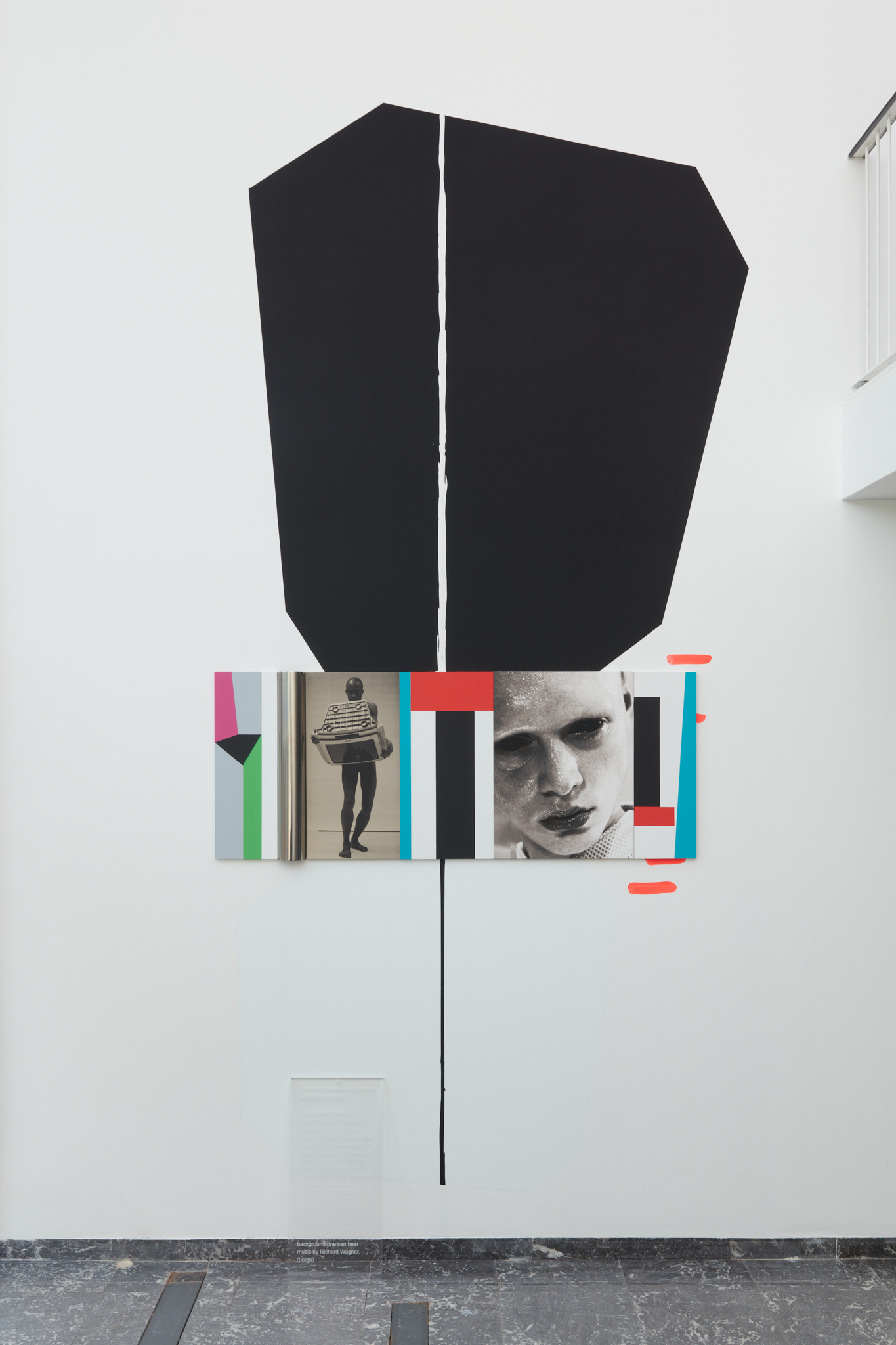 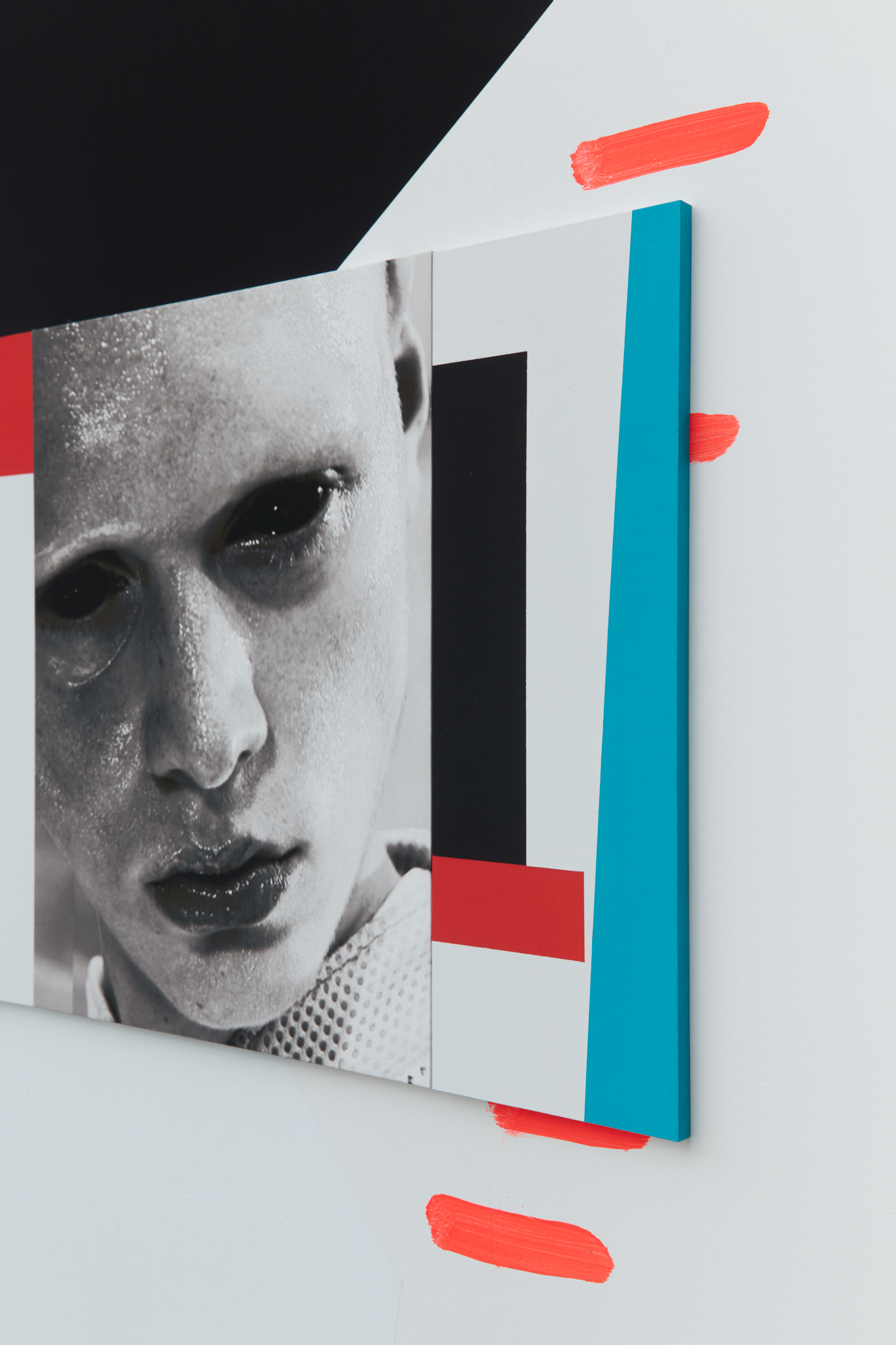 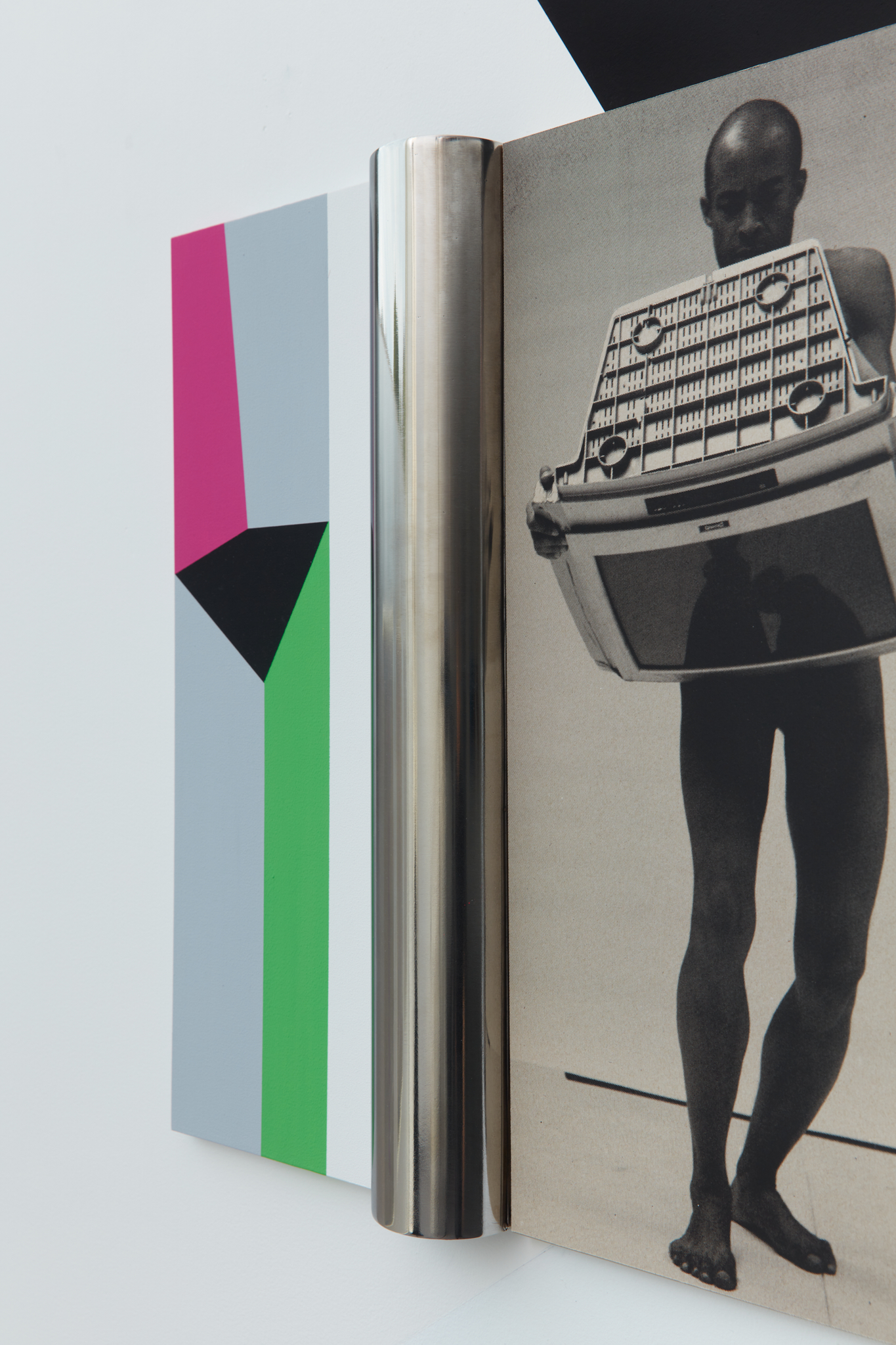 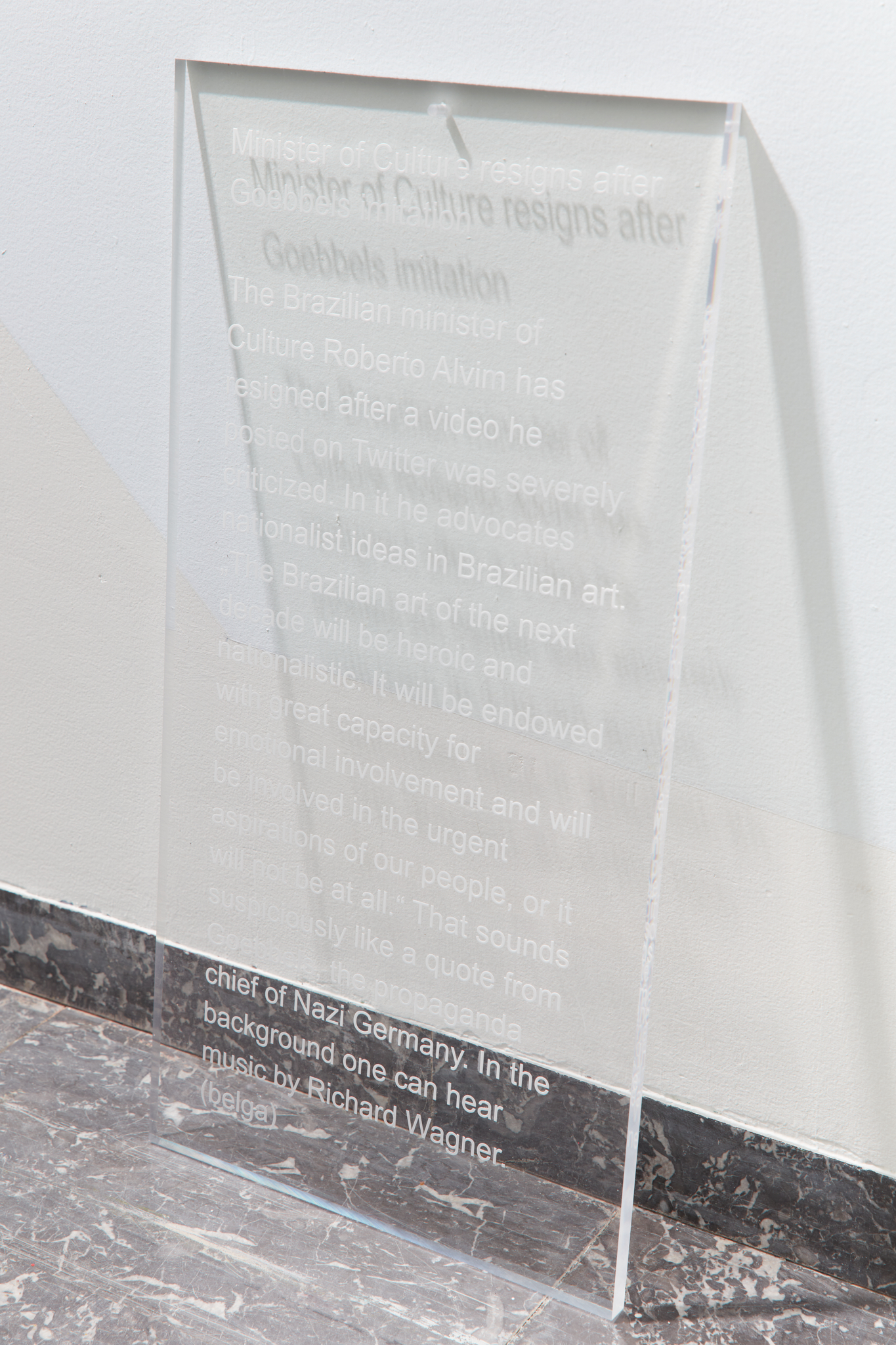 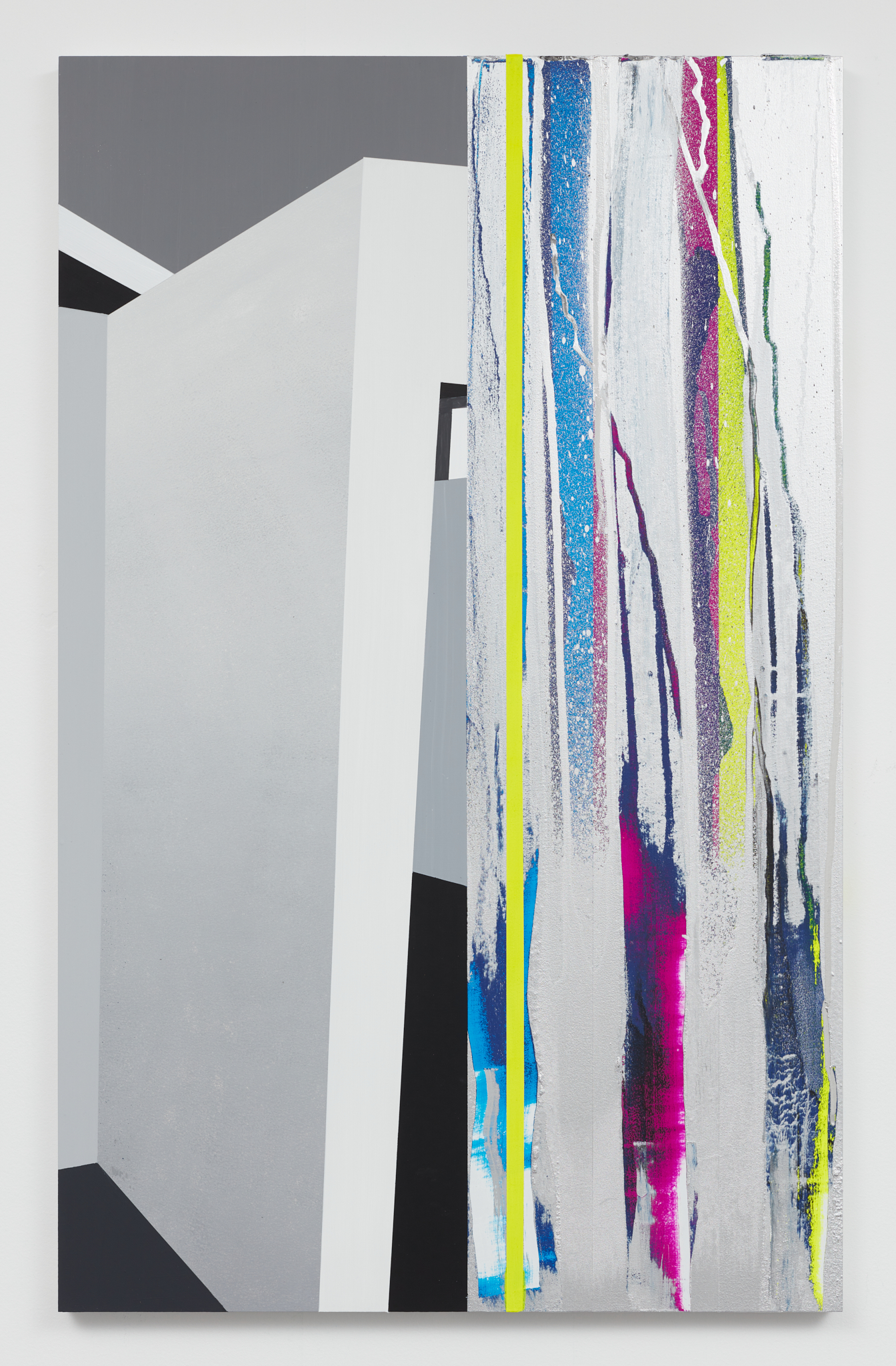 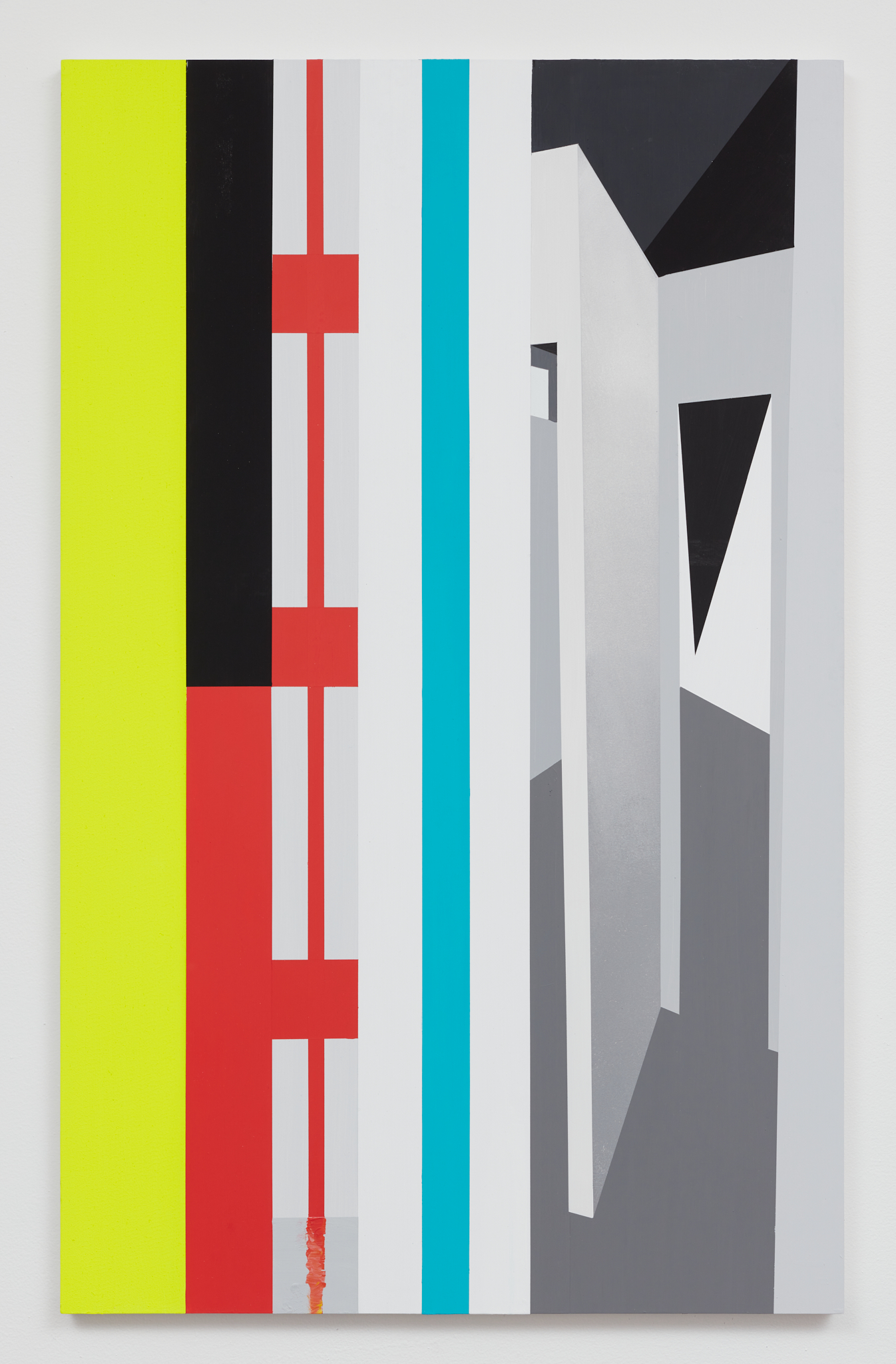 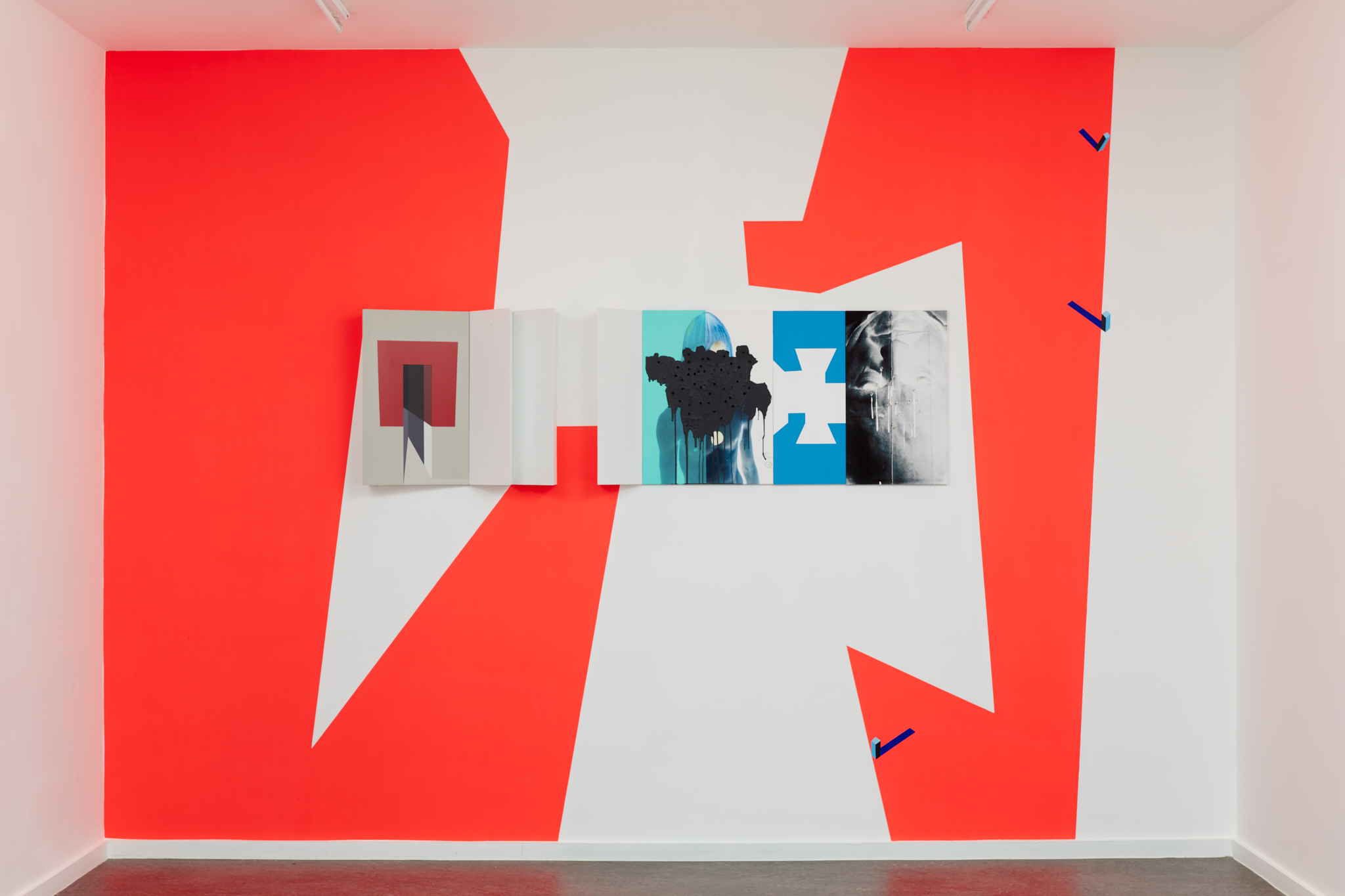 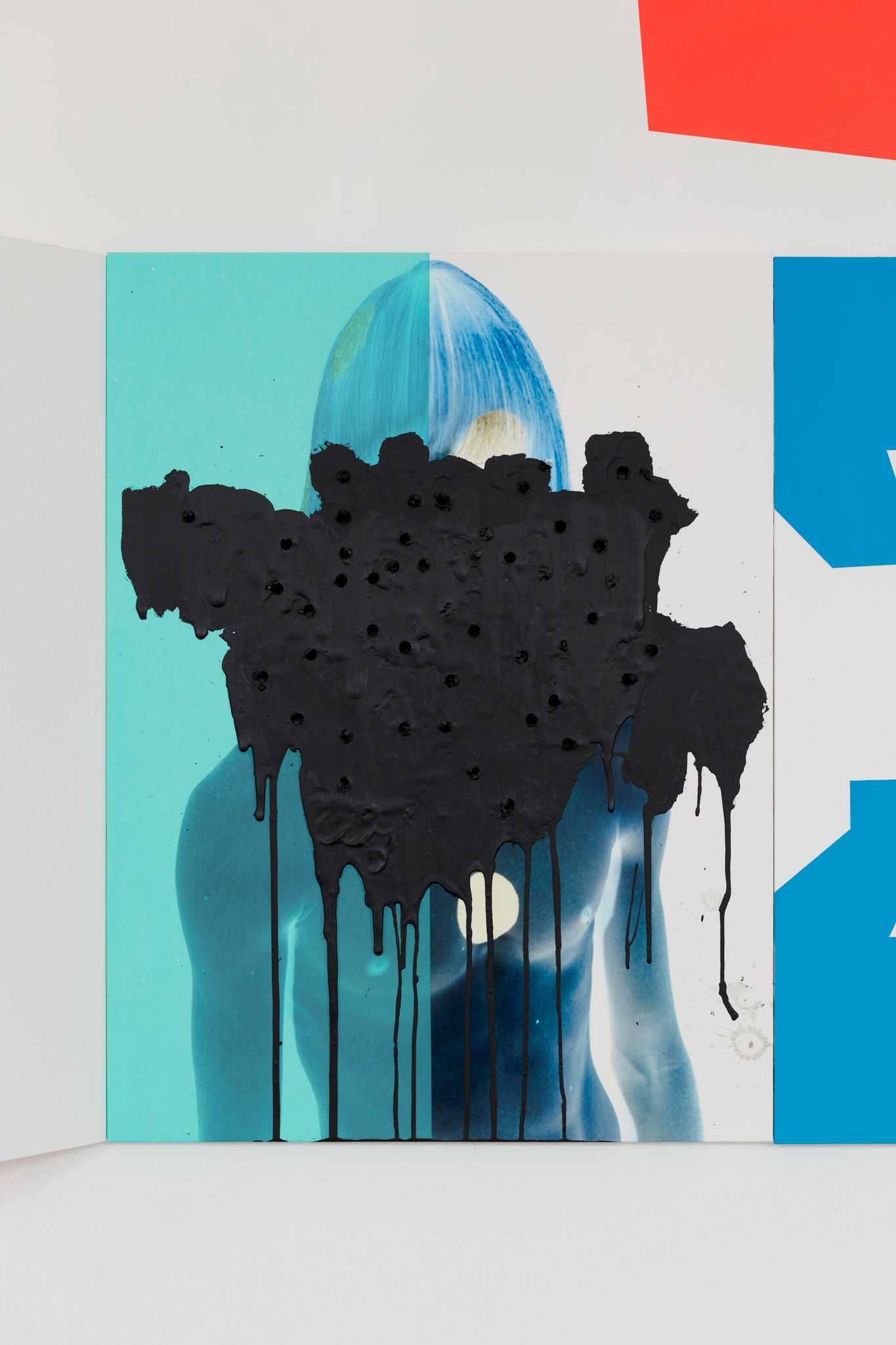 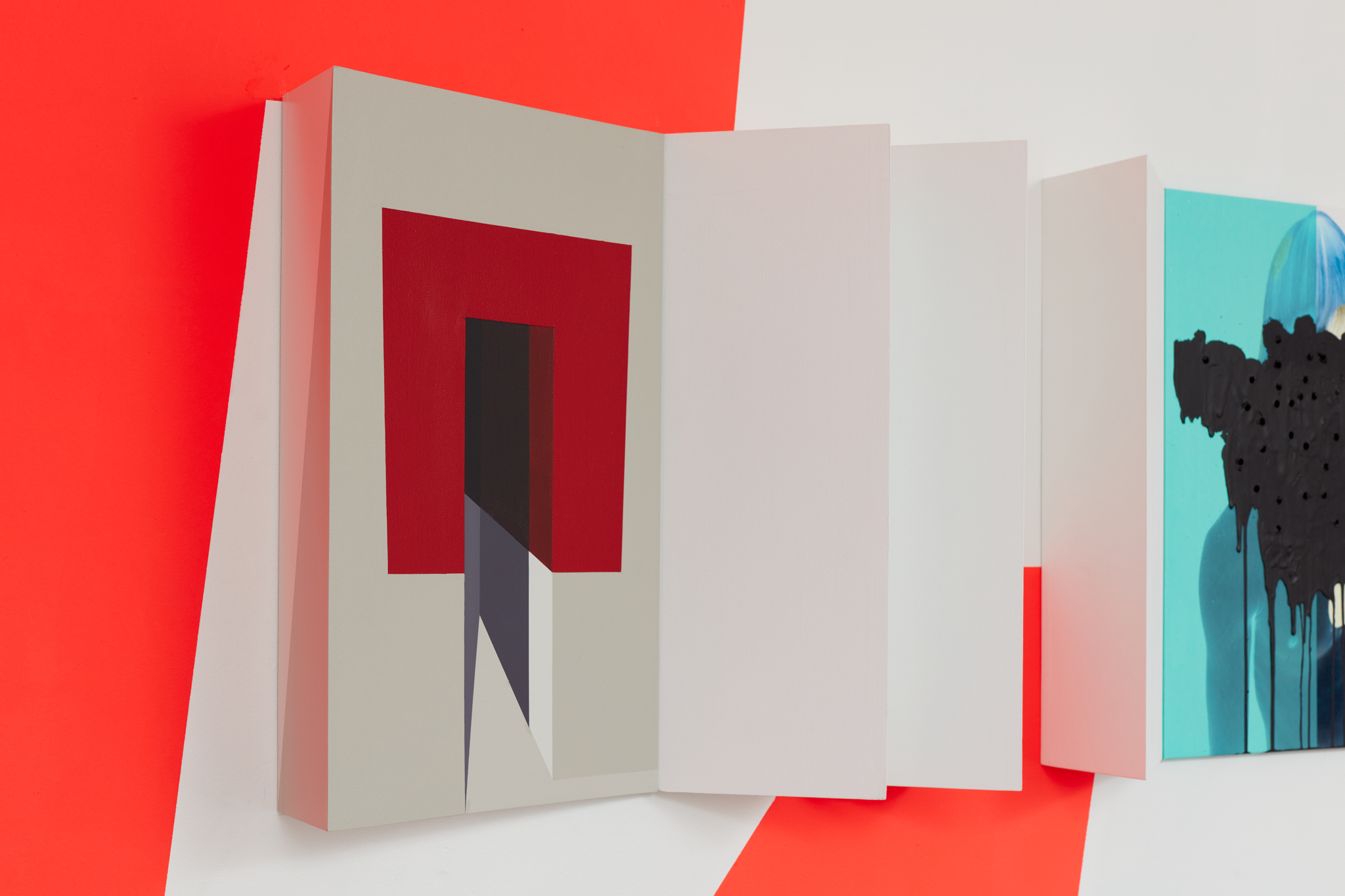 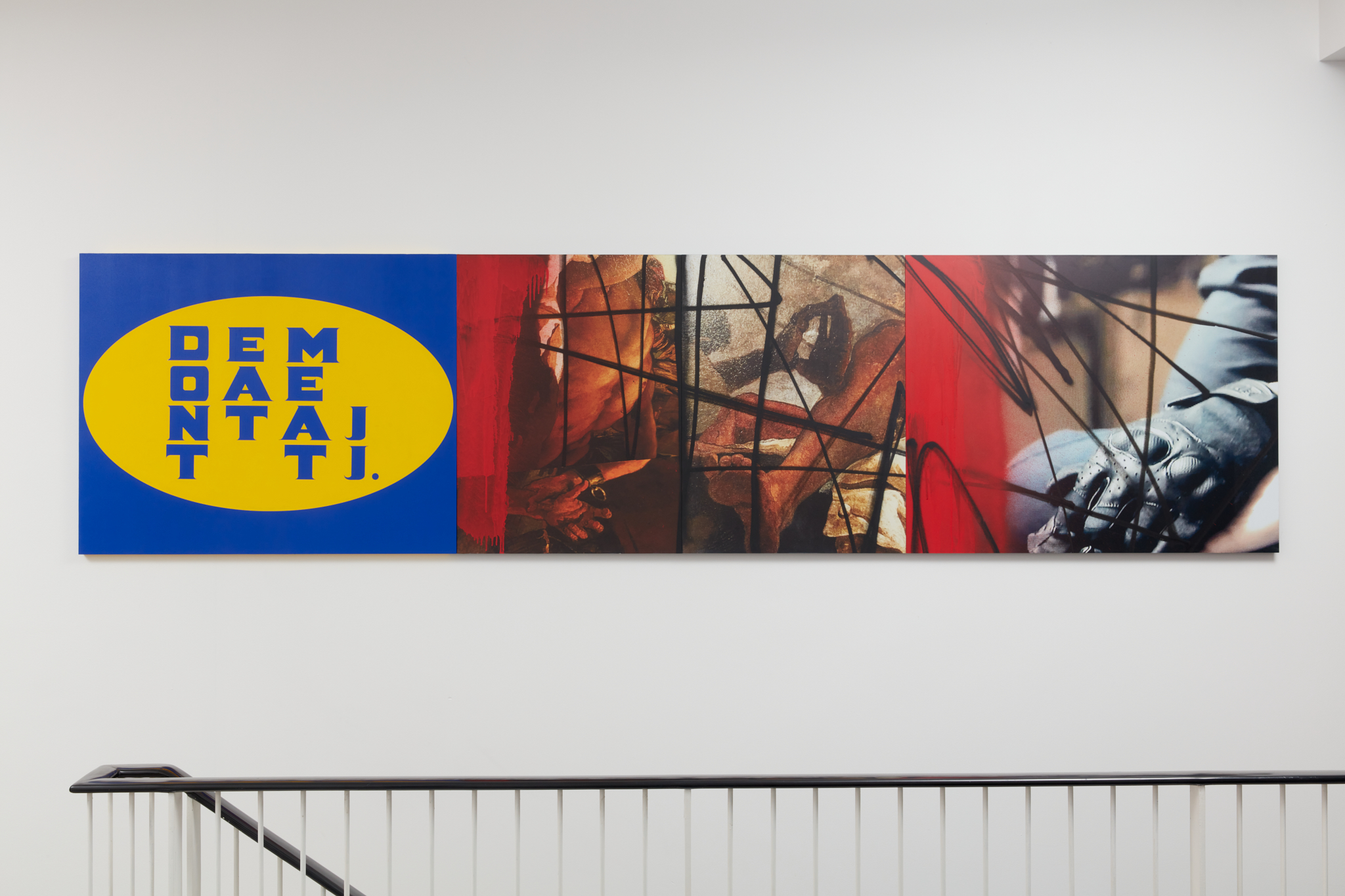 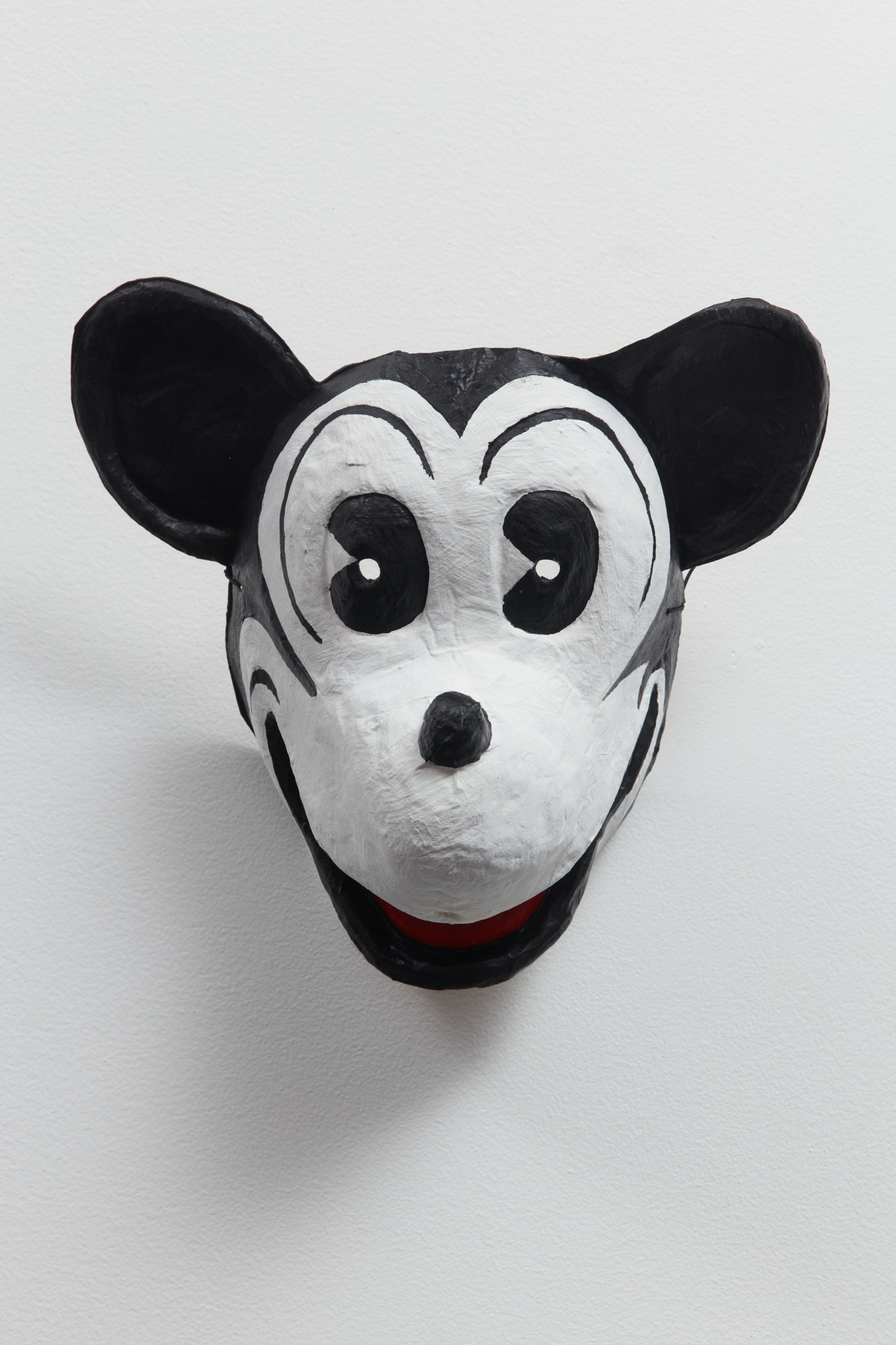 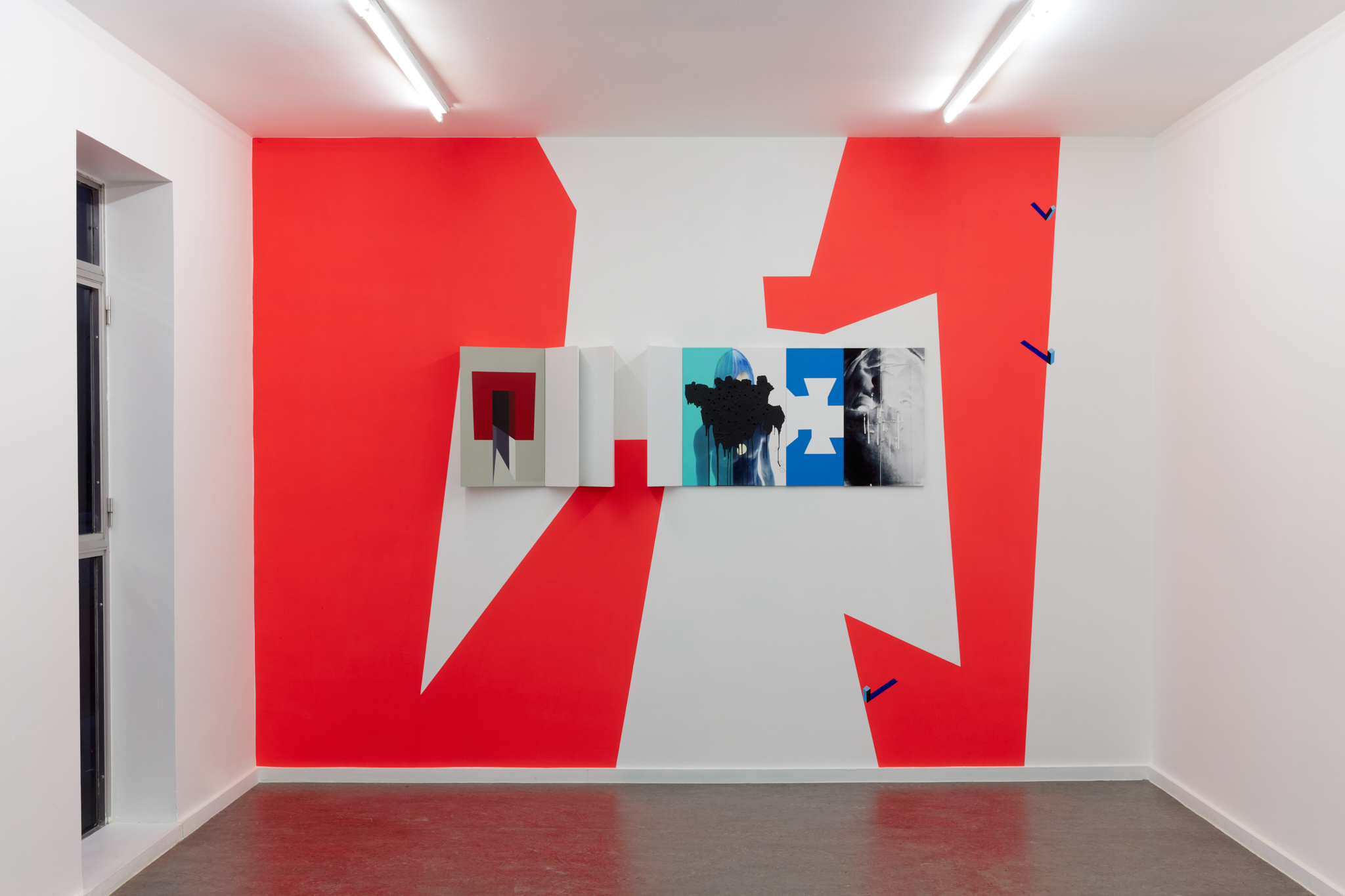 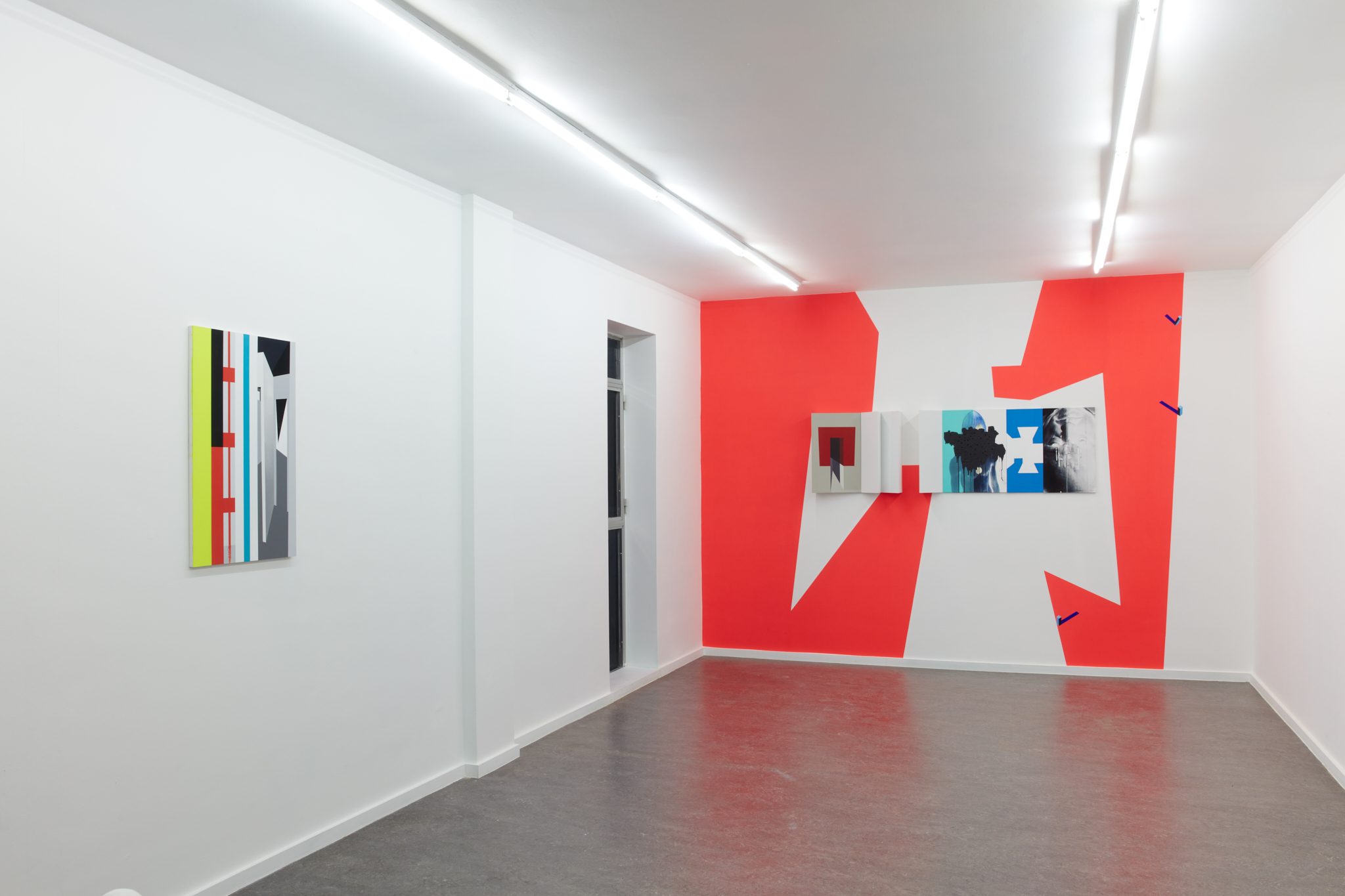 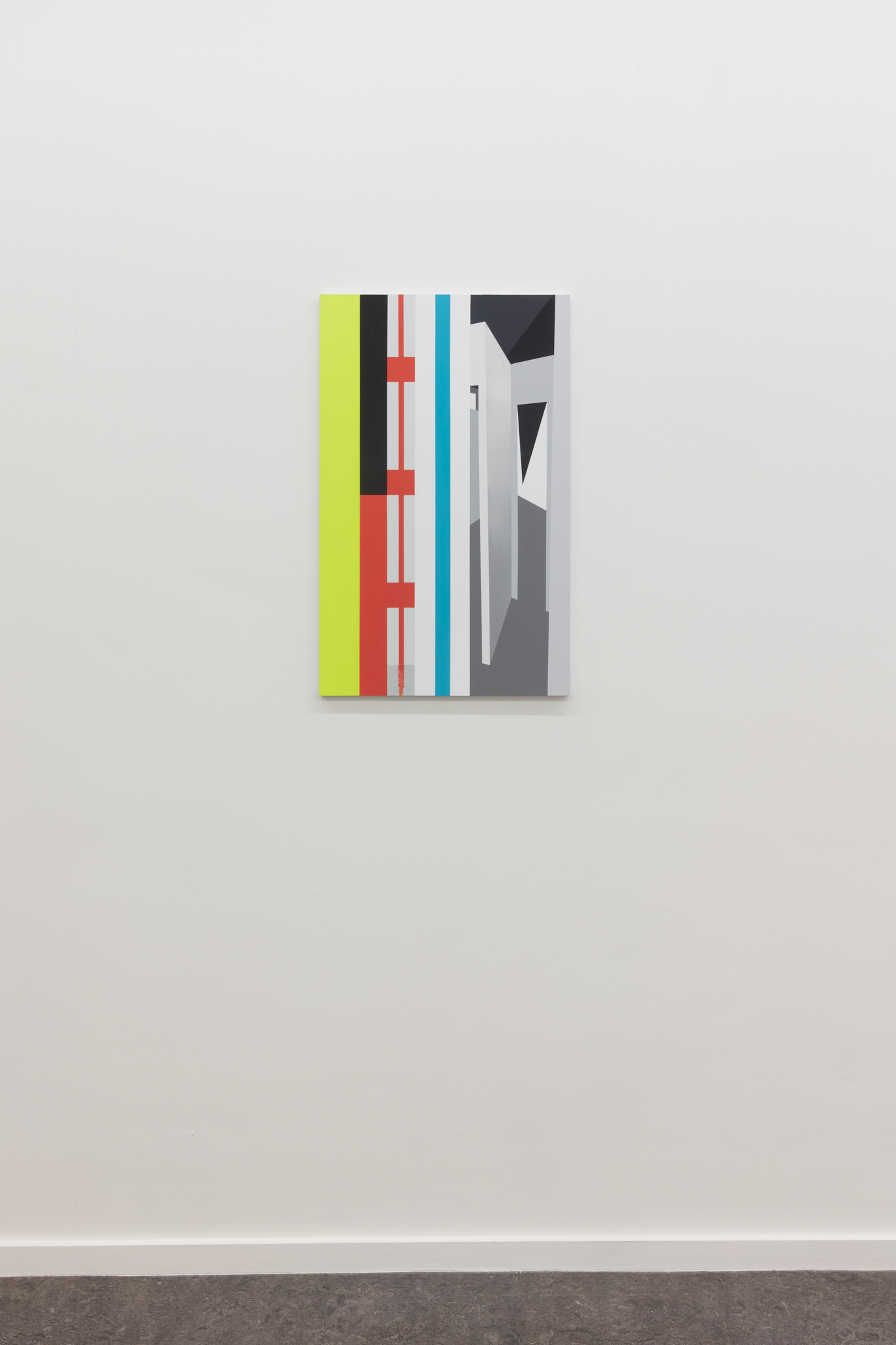 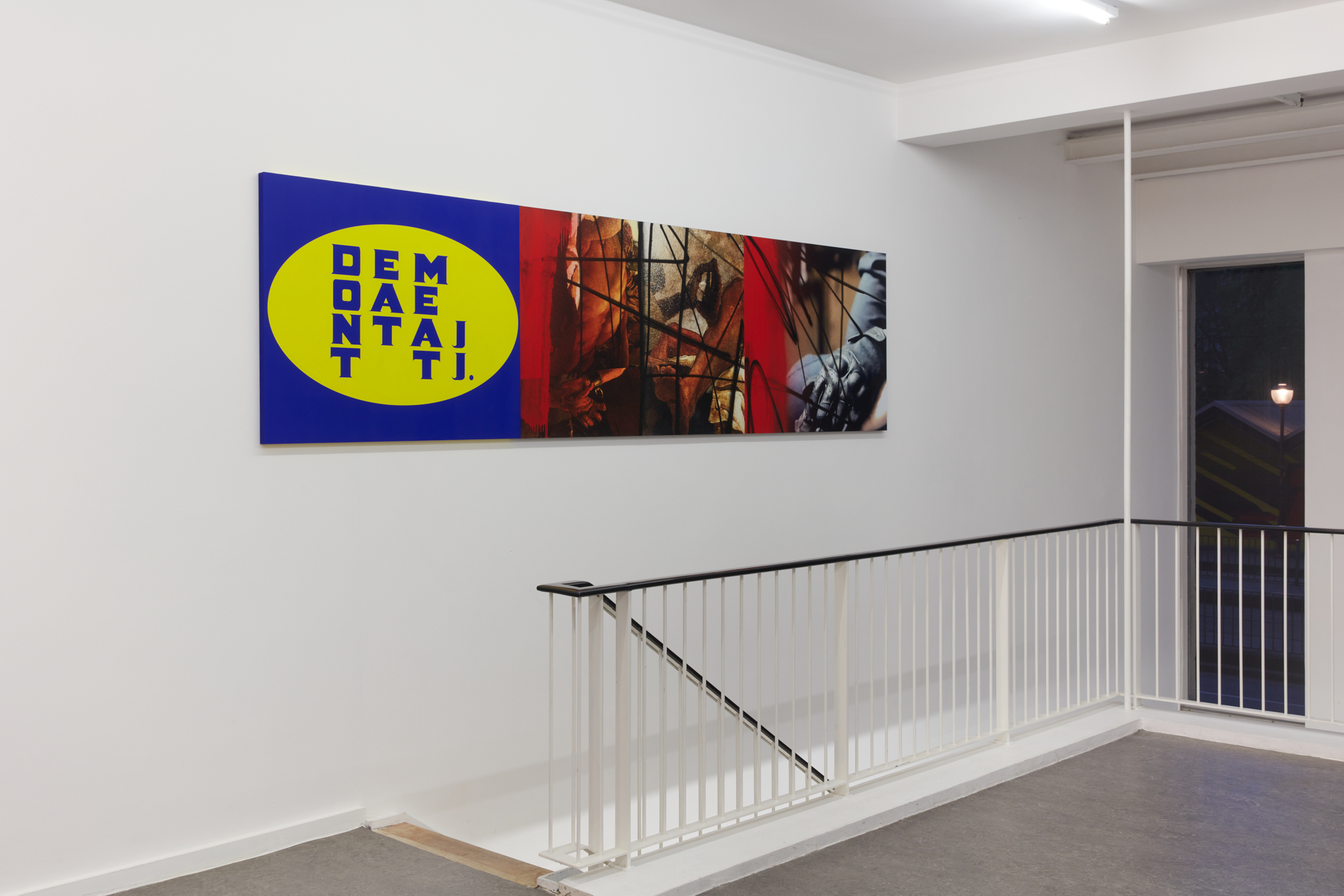 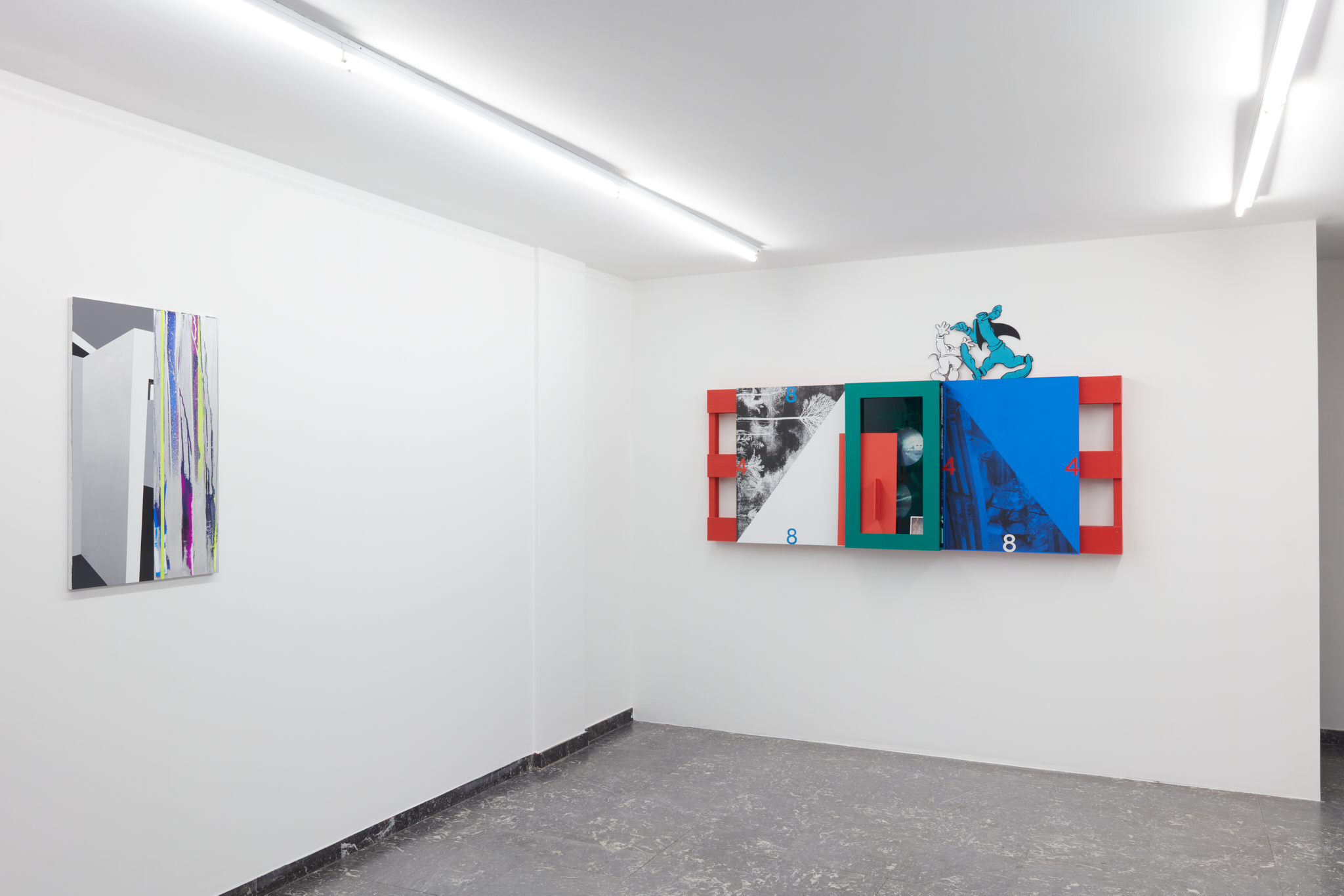 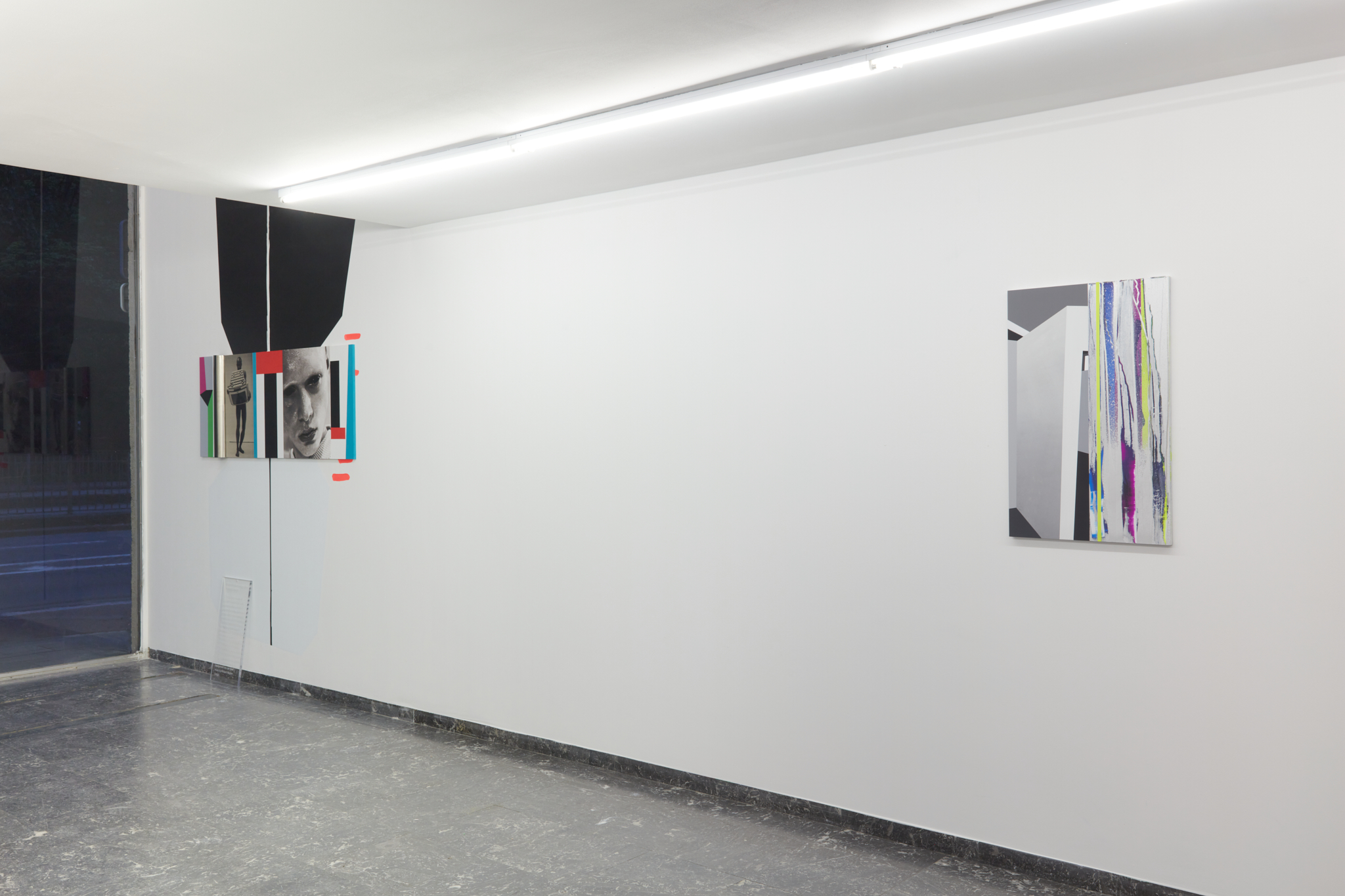 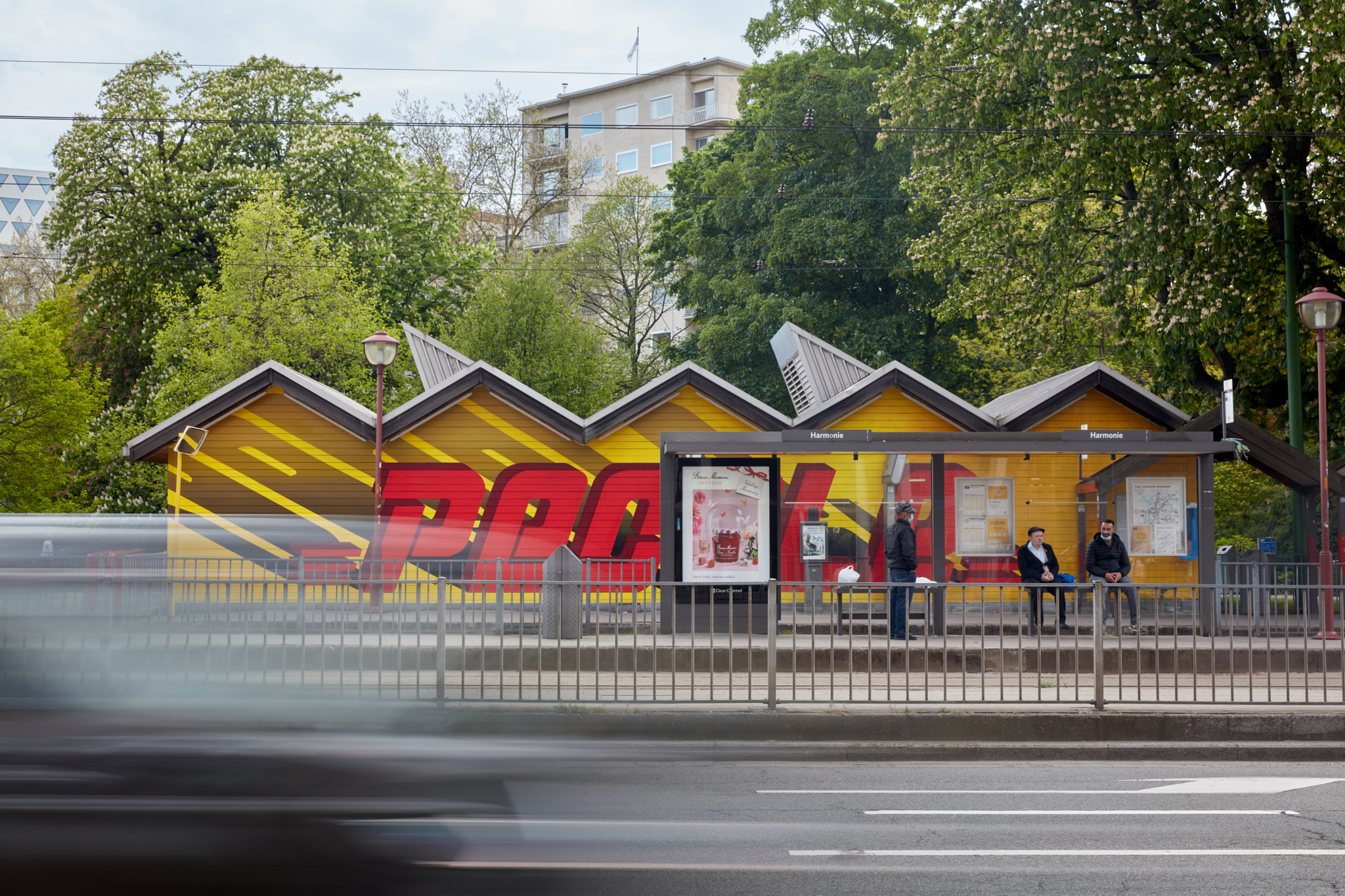 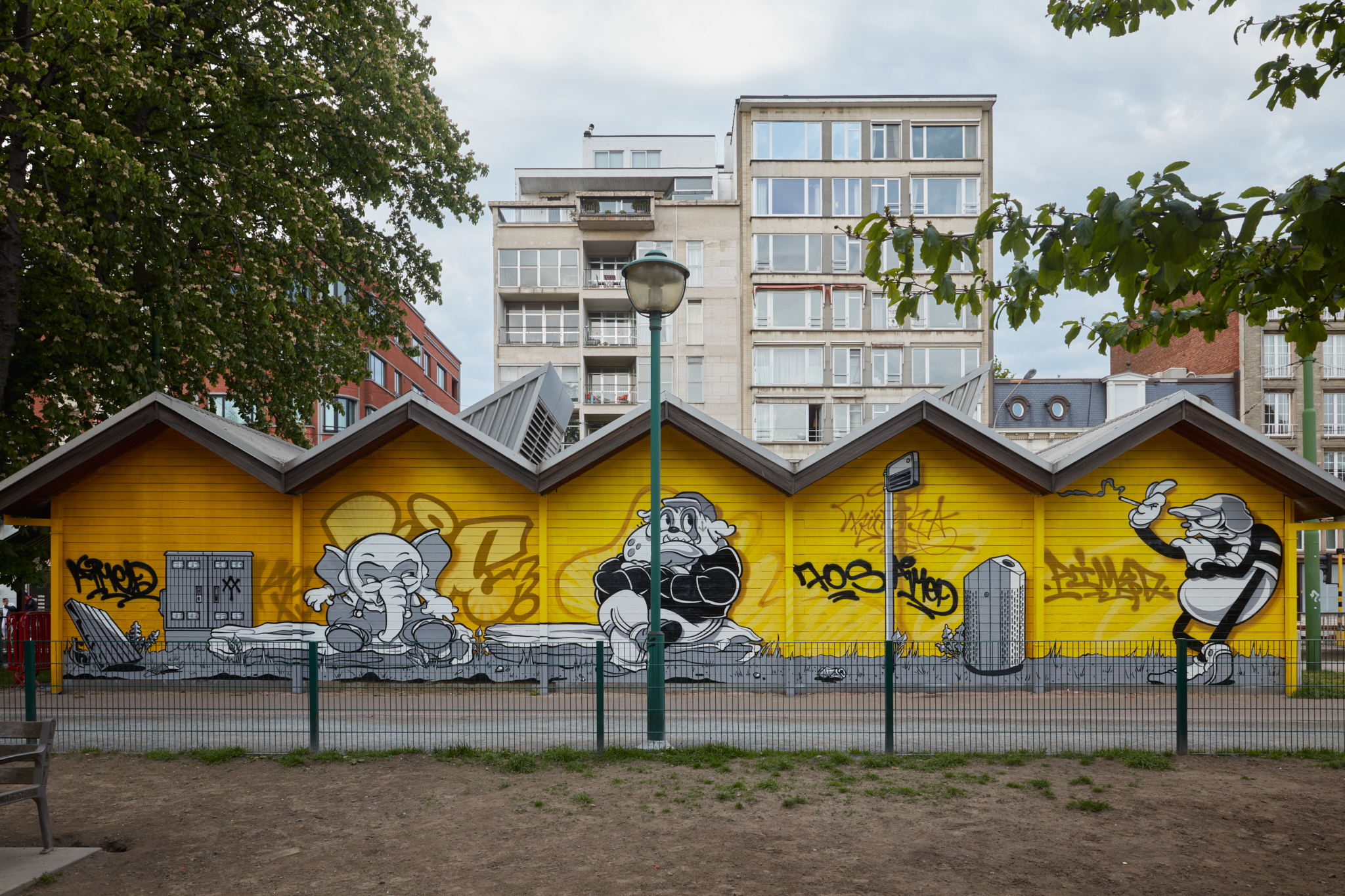 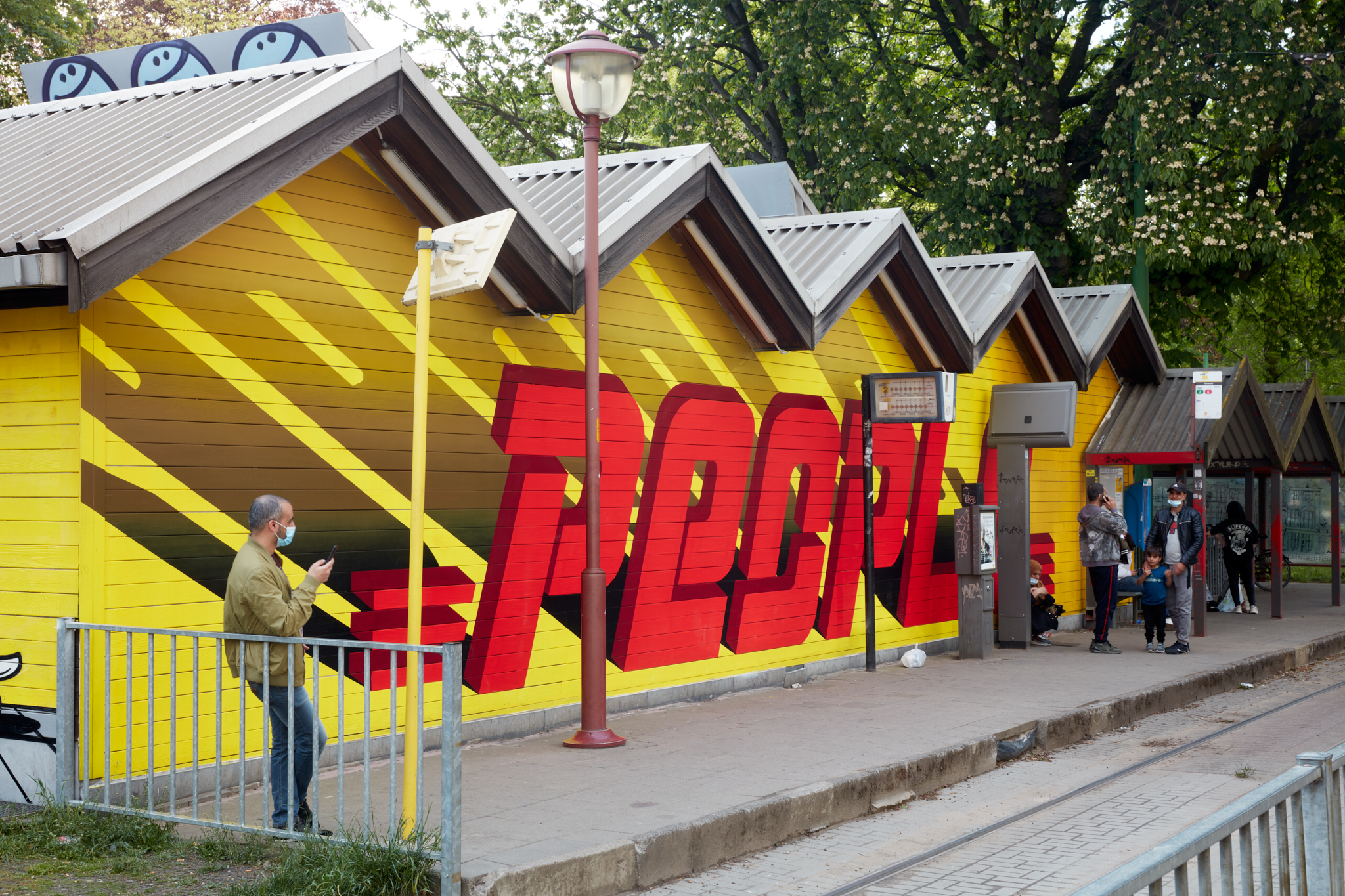 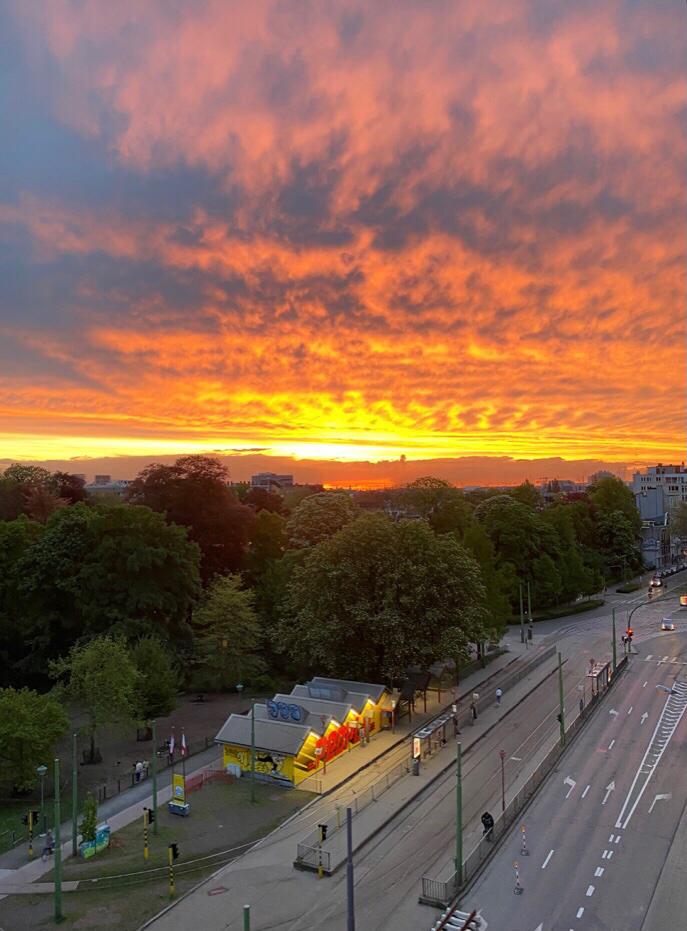 One might begin, in preparing to assemble a text on the highly evolutionary work of Belgian artist Narcisse Tordoir (born in 1954), which spans over four decades, by stating a word which sets
the tone, the key term that unravels self-generative paths and simultaneous weaves: the word “flow”. By observing Narcisse Tordoir’s complex work as a whole, we are confronted with a flooding river that tremendously runs. At times slowing down to meet other influxes and new elements, and then retreating, changing direction, opening up unusual paths, each time welcoming new and increasingly articulated ways of expression, as well as atypical iconographic entities. Far from creating futile tangles, fluidly, they manage to

dance together in an aesthetic rhythm that takes the word to the word and decants not the pure form, but the image in all its historical complexity scrutinised and sniffed from the moment of its very formation, and then questioned from an ontological point of view until reaching the bustle of meanings that the modern world has assigned to it. Tordoir is certainly known for having broken pre-existing models, mainly his own; his productive ardour is punctuated by methodological deaths and rebirths that stimulate the internal energy of his research, always spurring new impulses of renewal. This is how his polyphonic choreographies, in which the chromatic language enters an intimate conversation with the abstract form, while the vaguely figurative elements filter current events through the remnants of representations belonging to various cultural spheres, are born. The group of works Z.T., among others, developed between 2019 and 2020 and presented in the exhibition, seem to make up a further evolutionary step in the artist’s prolific production. Indeed, compared to the early works in which fields of pure colour, geometry and enigmatic signs interacted, and to later works characterised by the collage technique, in which fragments were stacked one on top of the other and in which no hierarchy distinguished the abstract compositions from the colour fields, the spatial supports from the cut-out images, we can now observe a more mature methodological result, in which everything appears decidedly more relaxed, where colour has already shouted out its value amidst the intricacies full of hermeneutic references and each element, though vivid, carves out its own moment in the crowd: People.

In the opening of Jimi Hendrix’s cover of Elmore James’ Bleeding Heart, he seems to mispronounce the words “Peoples, Peoples, Peoples”
as double plurals. The lyrics of the original song are ‘People, People, People’ and Hendrix does use the correct form later on in his version, hinting on the fact that he was aware of this deviation. Was Hendrix addressing an entire population group, as the translation of the word peoples implies? Blues musicians were by no means averse to some boasting and big talk with a healthy dose of humour. In doing so they claimed their spot within the ‘established’ music culture. Therefore, “Peoples, Peoples, Peoples” is perhaps not only a sigh, which goes hand in hand with the blues, but also a relational statement.
In addition to his in-situ solo exhibition PEOPLE at TICK TACK, Narcisse Tordoir collaborated with graffiti artist Yvon Tordoir, better known as RiseOne. The result is a permanent work of art in the public space, a painted tram stop pavilion, strategically located opposite the art space designed by Léon Stynen, which already has its own specific facade. The tram stop across the street is part of a key transfer point for commuters in Antwerp. The front of the building highlights the exhibition title disguised as the DHL logo. This is a reference, among other things, to the transport of people as if they are goods. The backside depicts some creatures, waiting for the tram. Yvon Tordoir’s waiting animals are in turn depicted against a graffiti-stained wall, possibly a nod to the dirty image of street art. In its entirety, the work functions as the stage of a theatre, commenting on its own ongoing play. Sometimes big gestures and bold winks
are necessary to draw our attention to, for example, ourselves,
the people. Will the commuters at this tram stop-turned-public artwork be aware of the decor they themselves are a part of? Or will the decor, the People painted by these two artists, merge into an unsuspecting crowd.

In any case, Narcisse Tordoir is referring to you and I, since he himself is standing solitarily across the street. The artworks of this exhibition oversee the graffiti spectacle from behind TICK TACK’s high vitrine window. These witnesses, however, are neither silent nor compassionate. The artist translates his observations into a blatant sense of monumentality. Every now and then a good stirring of the pot can catch our gaze and hopefully inspire us. Tordoir’s attractive visual language is a way of seducing us and sometimes give a slap on the wrist.

Some visual artists try to construct a kind of dam, a stillness or even rigidity regarding the extensive flow of images with which we are confronted. Tordoir once noted that for him reality is an endless source of images.1 At TICK TACK, he is presenting himself as a Luftmensch, a man of smoke, unwilling to comply. A free mind that doesn’t rely solely on intellectual references but on the image itself which, ultimately, cannot be restrained by logical terminologies. He bombards us with razor sharp images of current affairs without, at any moment, the need to be discursive. For Tordoir, it’s all about a kind of logic that only unfolds through images. Although derived from reality, these images are completely reconstructed. In this case, the image as method is of great importance since the artist’s practice

is not based on a concept but directly on an image. Tordoir is not producing manifestos and the original image must always undergo a transformation.

Most of the works are untitled because the use of language could distort our gaze. How can one come up with a name for something that is, and must remain, so fragmented. A title could diminish the work and turn it into something tangible, something Tordoir seems
to want to counteract. Of course he offers a helping hand by using recognizable images, but places them next to formal geometrical forms. For example, the work (Untitled) which features the black wall painting: a man (with the divine name Divino!) is carrying a television set, next to the image of an androgynous model. That which could
be attributed a literal meaning by the viewer is being disrupted by
the artist through the jet-black, distorted shadow of a projection that hangs menacingly over the work. Ultimately, the work interlinks with a series of constructed variables, which might have a different meaning for each viewer. Narcisse Tordoir’s variables cannot be captured in

a clearly defined airtight language, he’s after all a man of smoke, and invites us to be one as well. The image grabs him and not the other way around. His ego is subordinate. There’s still room for the other.

Sometimes, the artist reveals his source material, which results in works that are a little more explicit, for example the work with the
red pallet. From our conversations it became clear that an Iranian refugee once tried to cross the ocean on a pallet. The man didn’t make it and his identity remained unknown until a journalist got hold of his mobile phone which had a selfie on it. Tordoir placed a negative print of the portrait in the middle of his work. The man is staring at us through some sort of filter. It’s a fateful story and a raw image which sensitive viewers can censor with a red sliding panel. Meanwhile, George Orwell’s 84, is dotted around the work as a warning. Linking this work to the graffiti across the street, Tordoir seems to envision

a (clandestine) DHL service for people, more precisely emigrants. It might even be a more humane alternative than the cur-rent situation where people attempt to make the crossing in boats not fitted for sea. This is of course no solution, only a sigh reflected in an image. Peoples, peoples, peoples (my oh my).