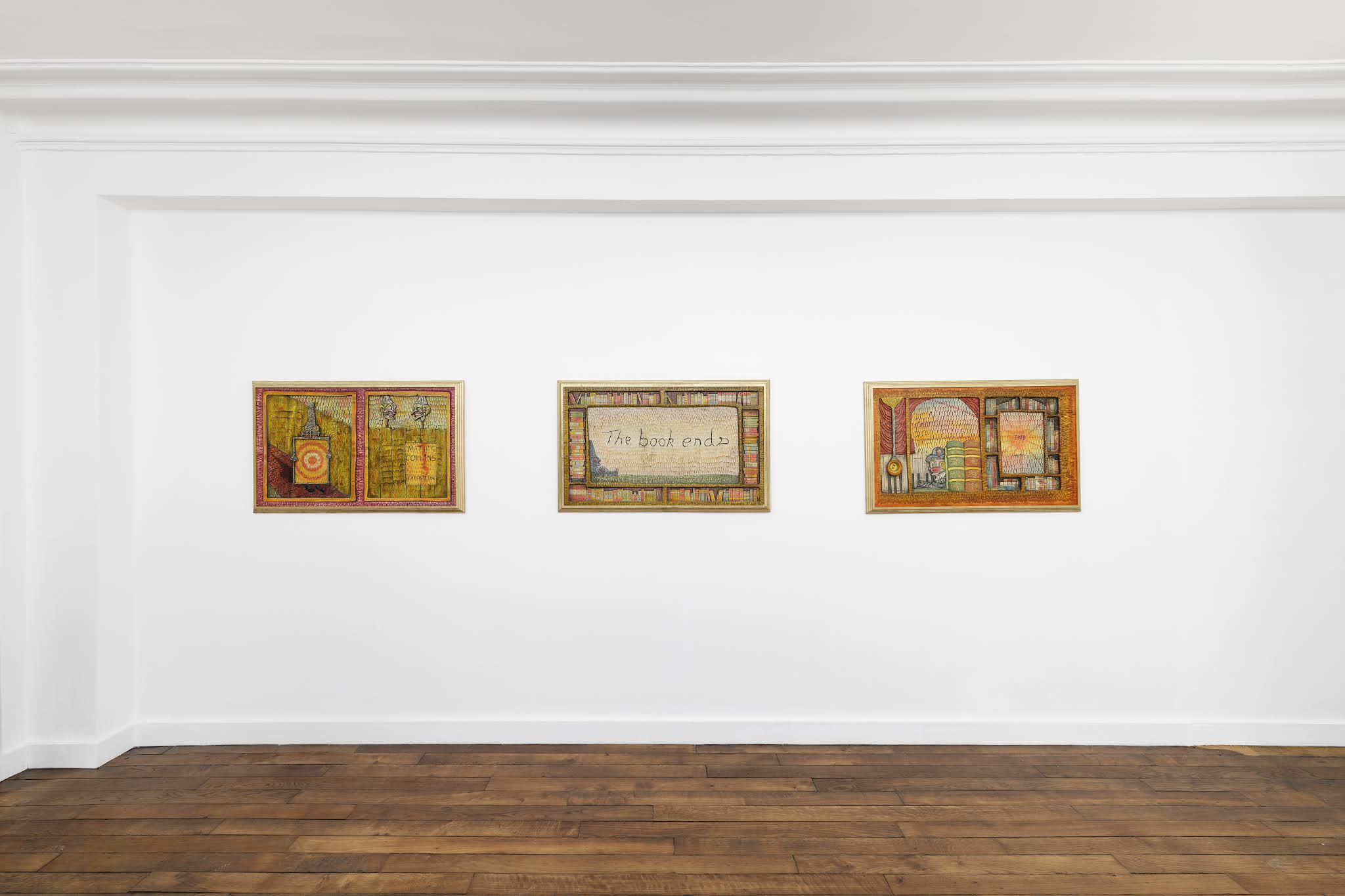 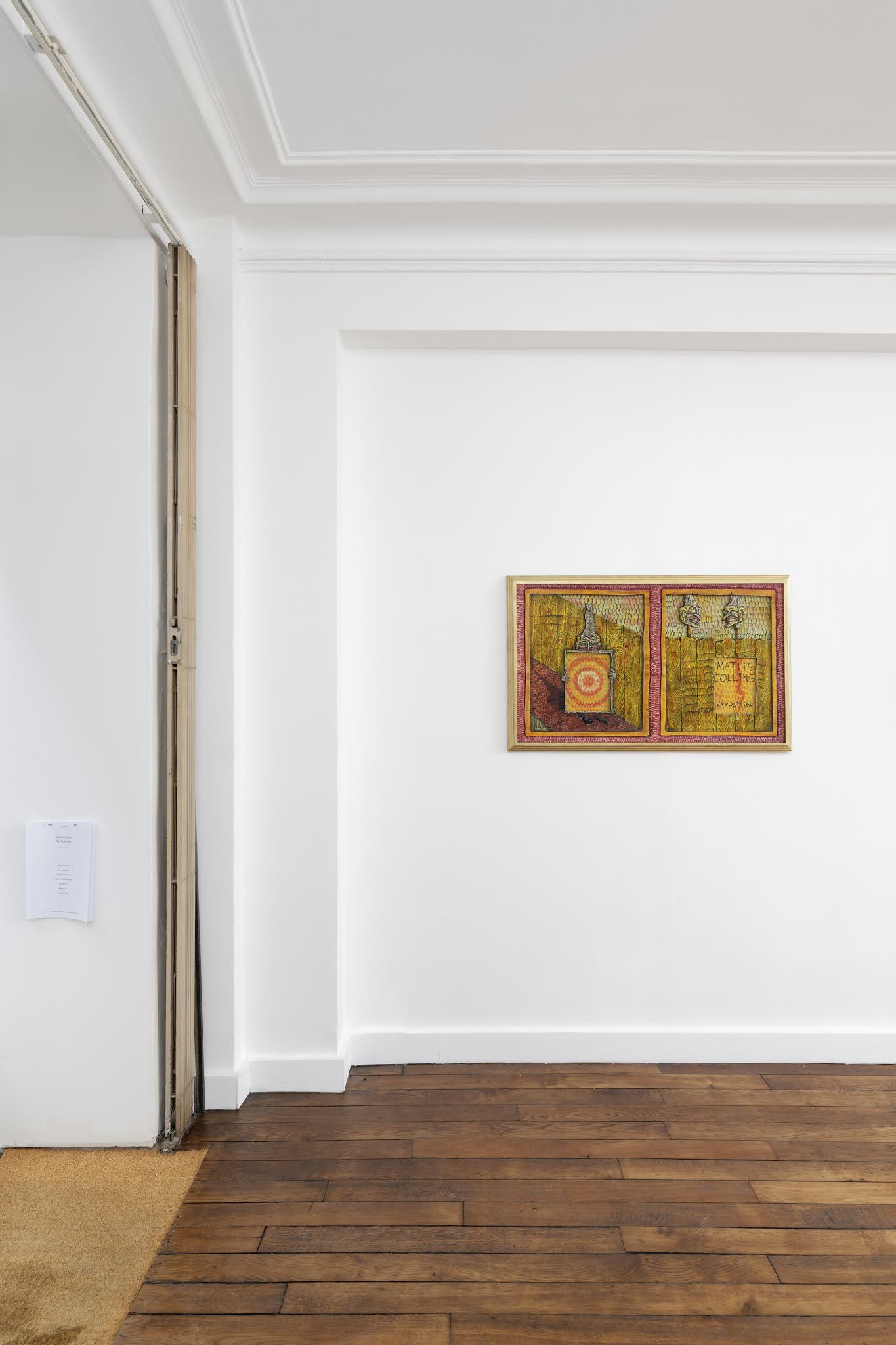 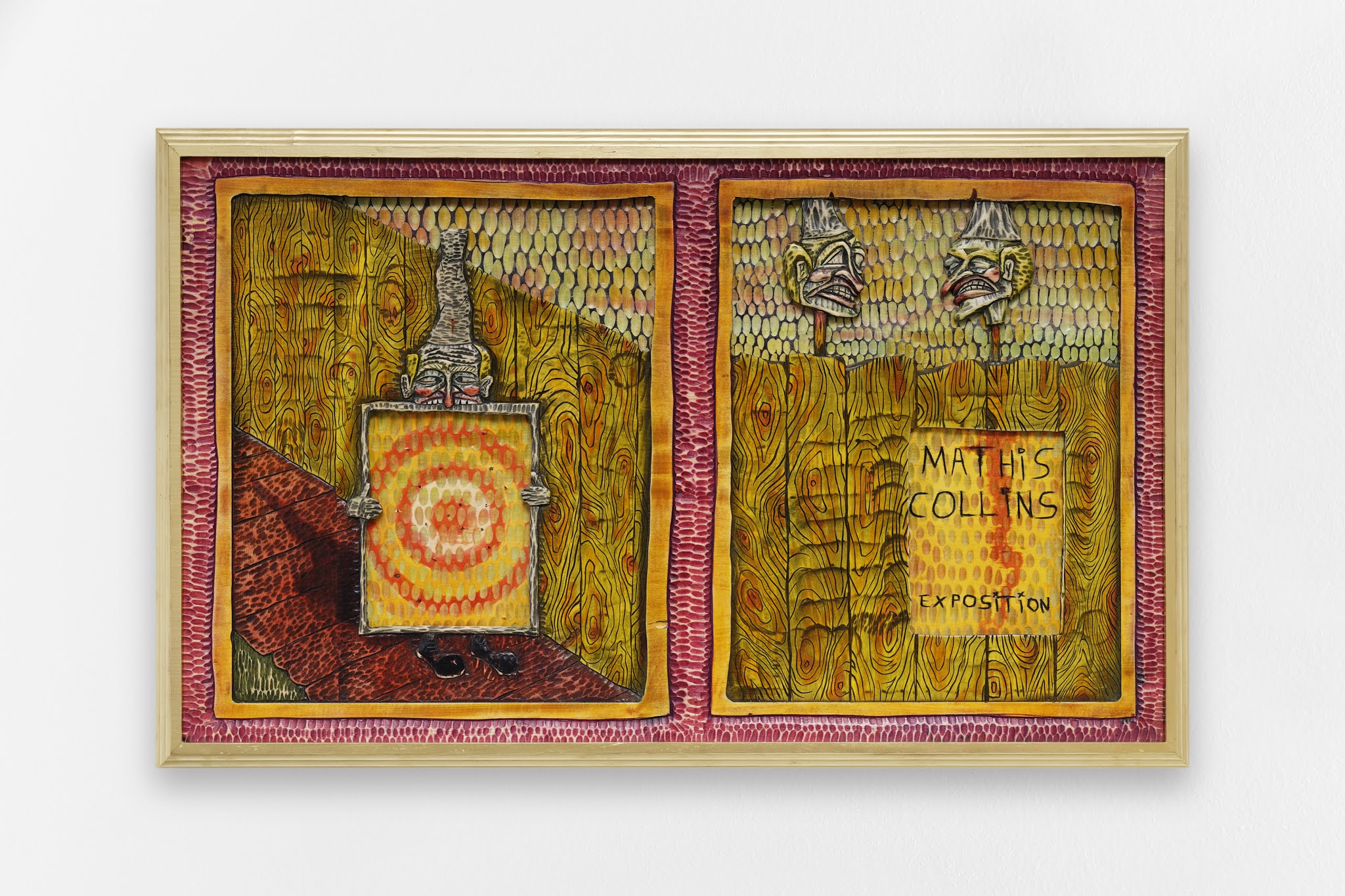 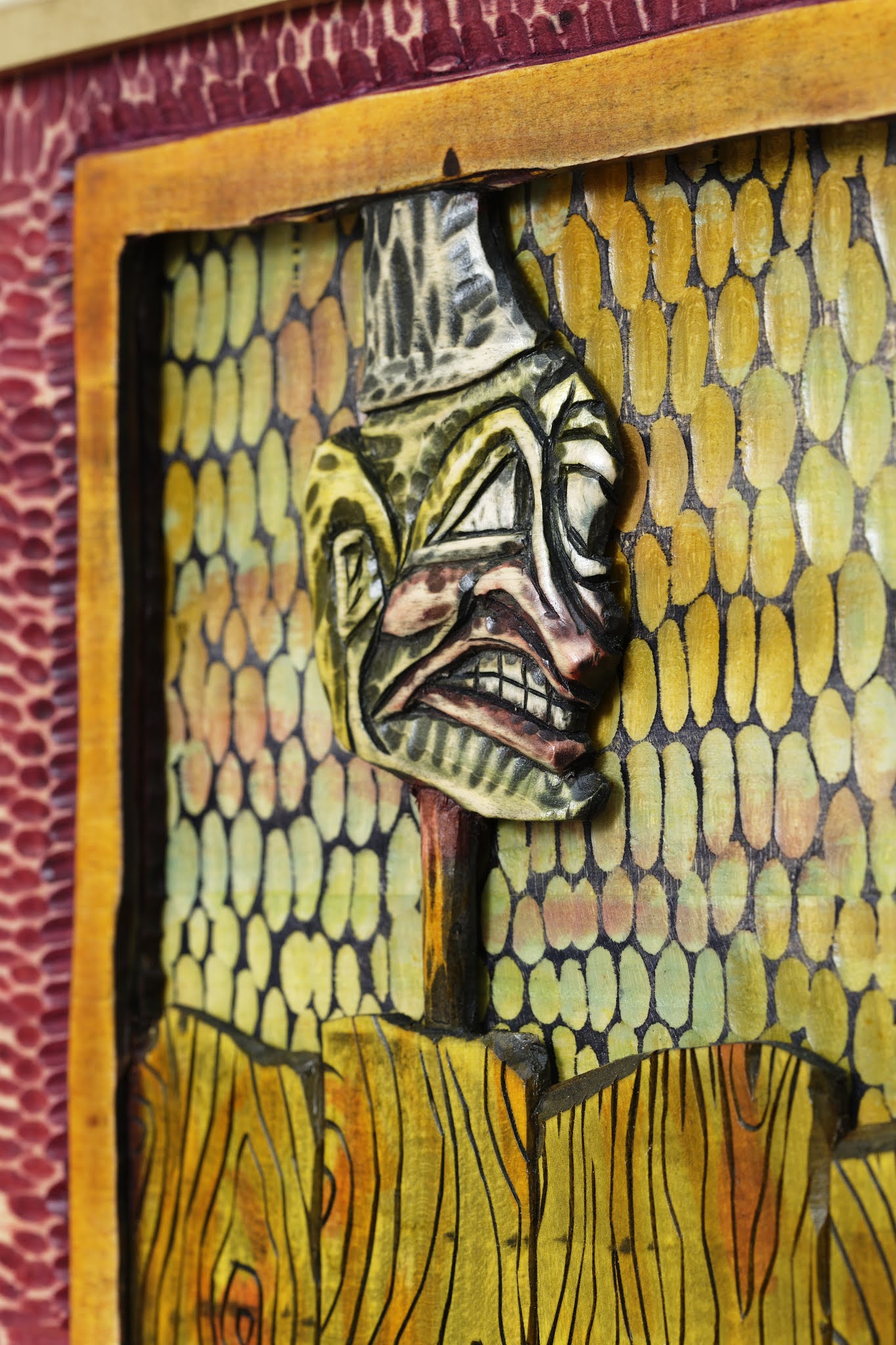 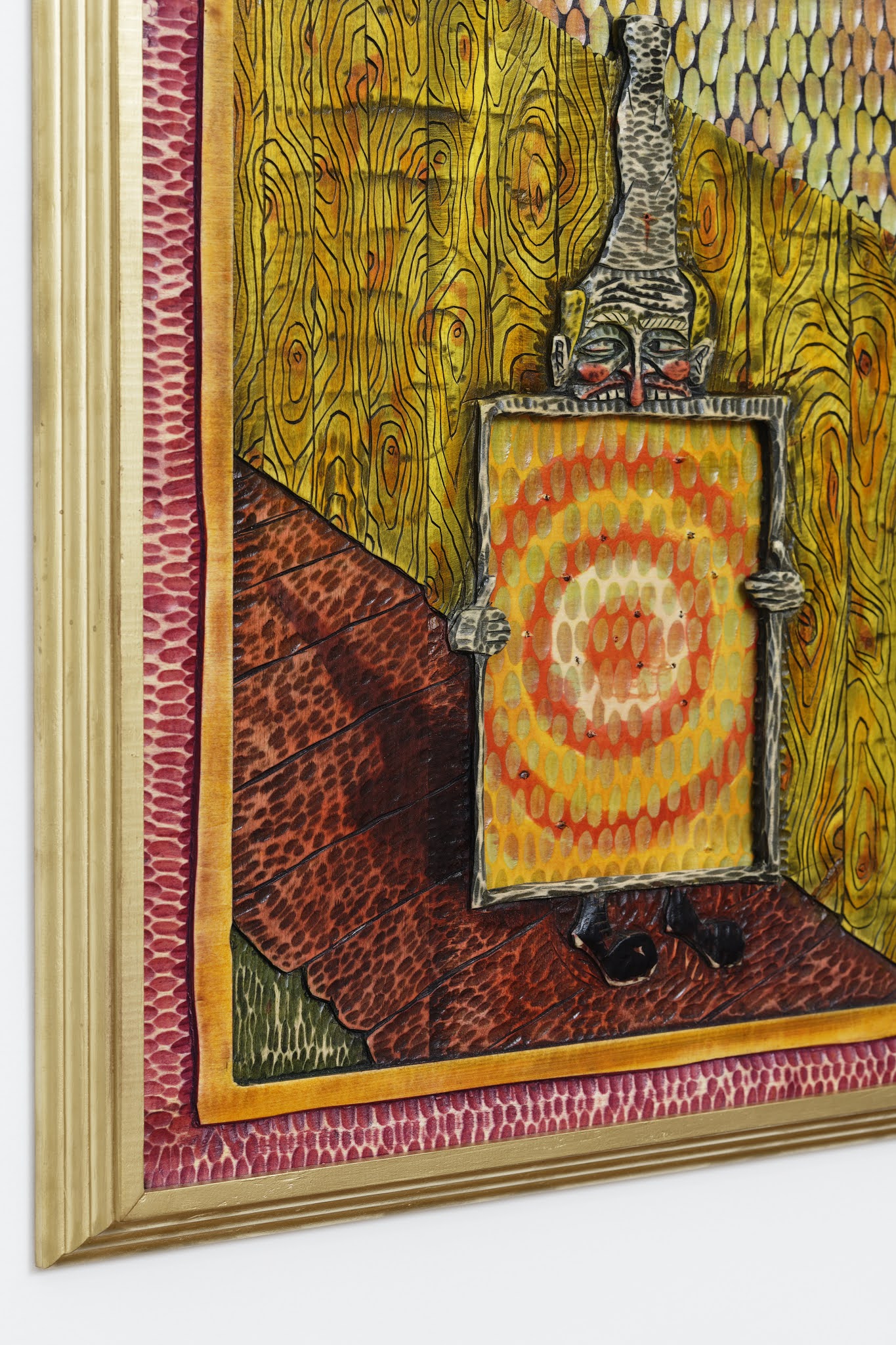 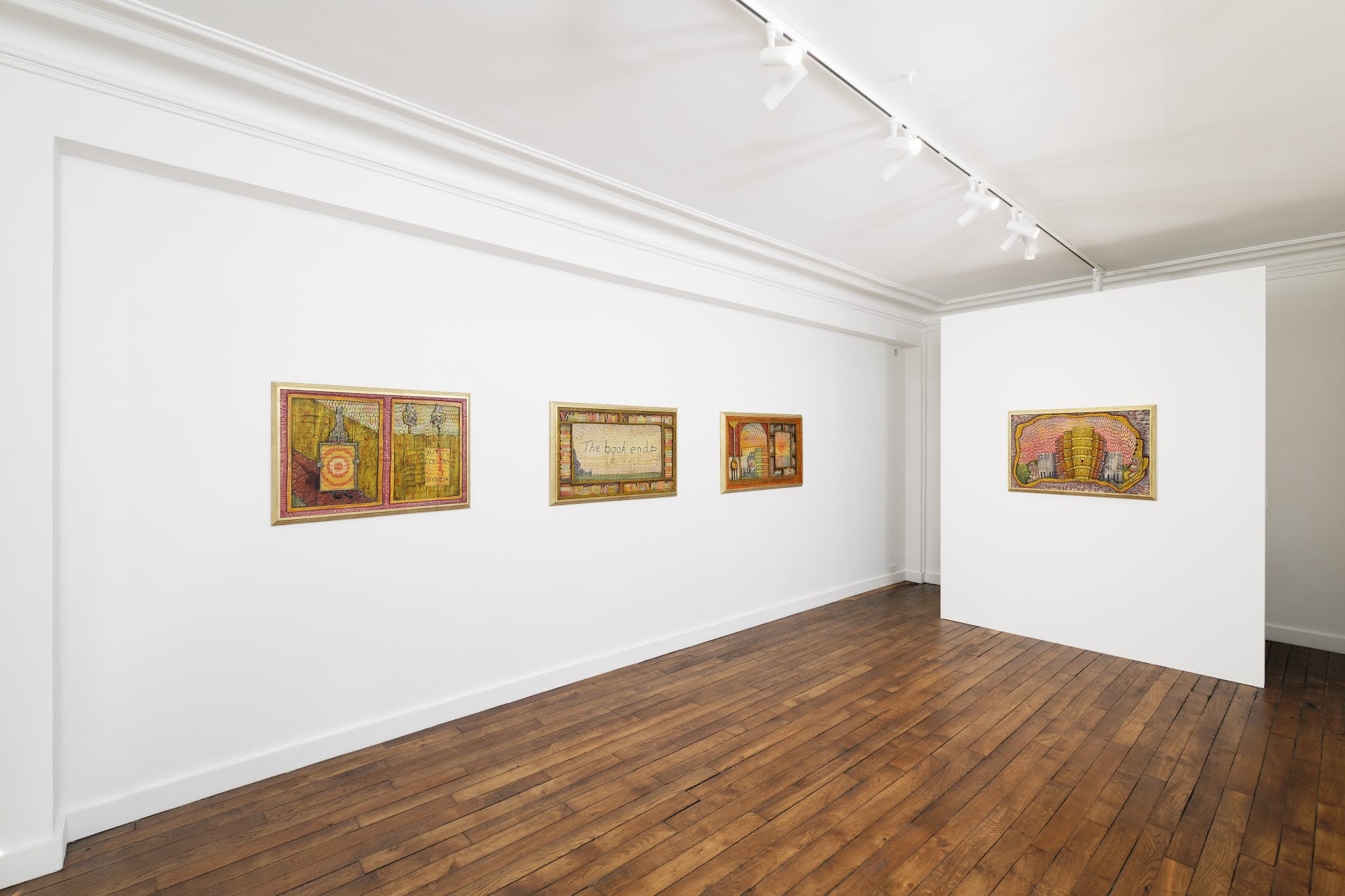 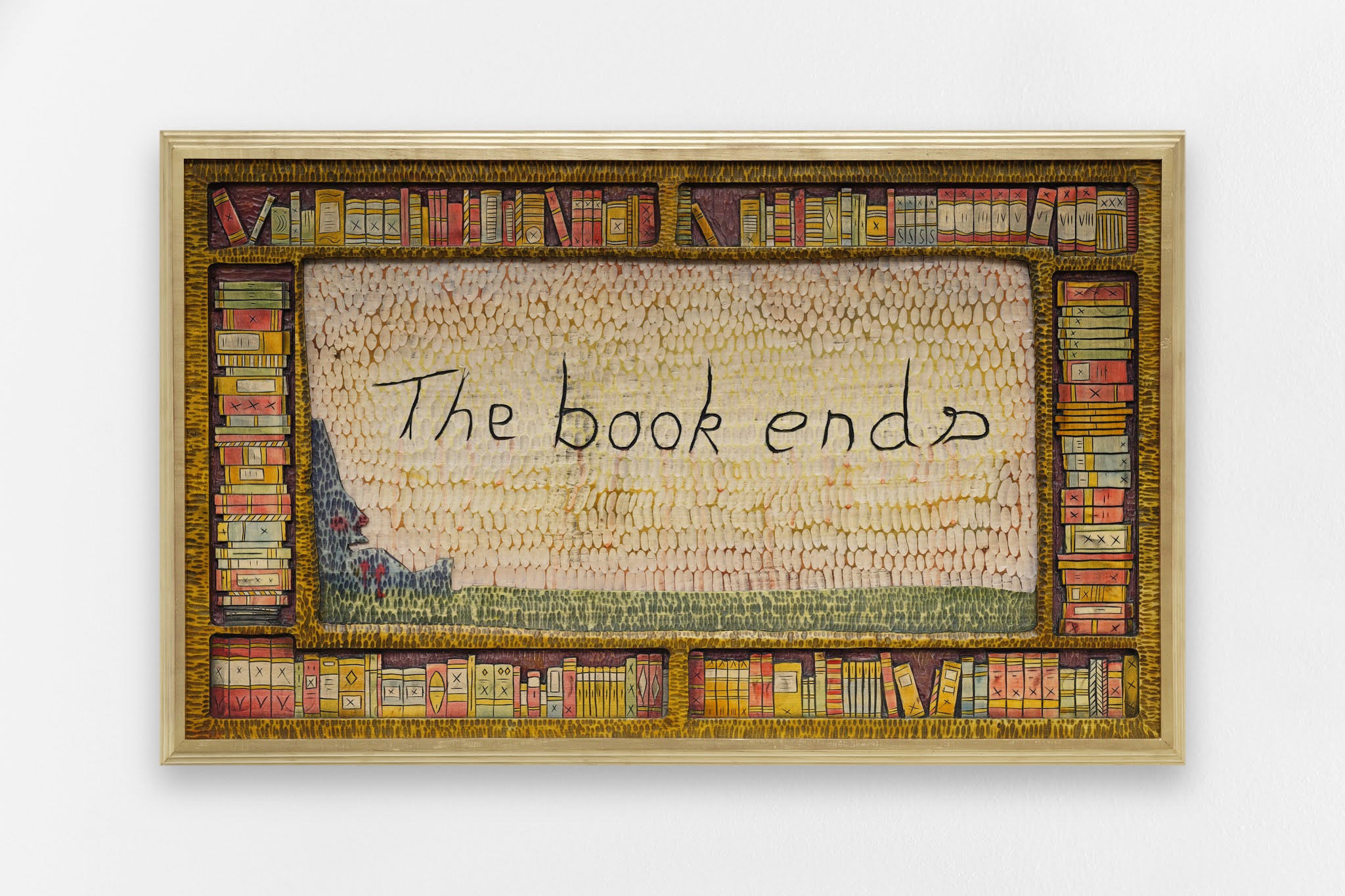 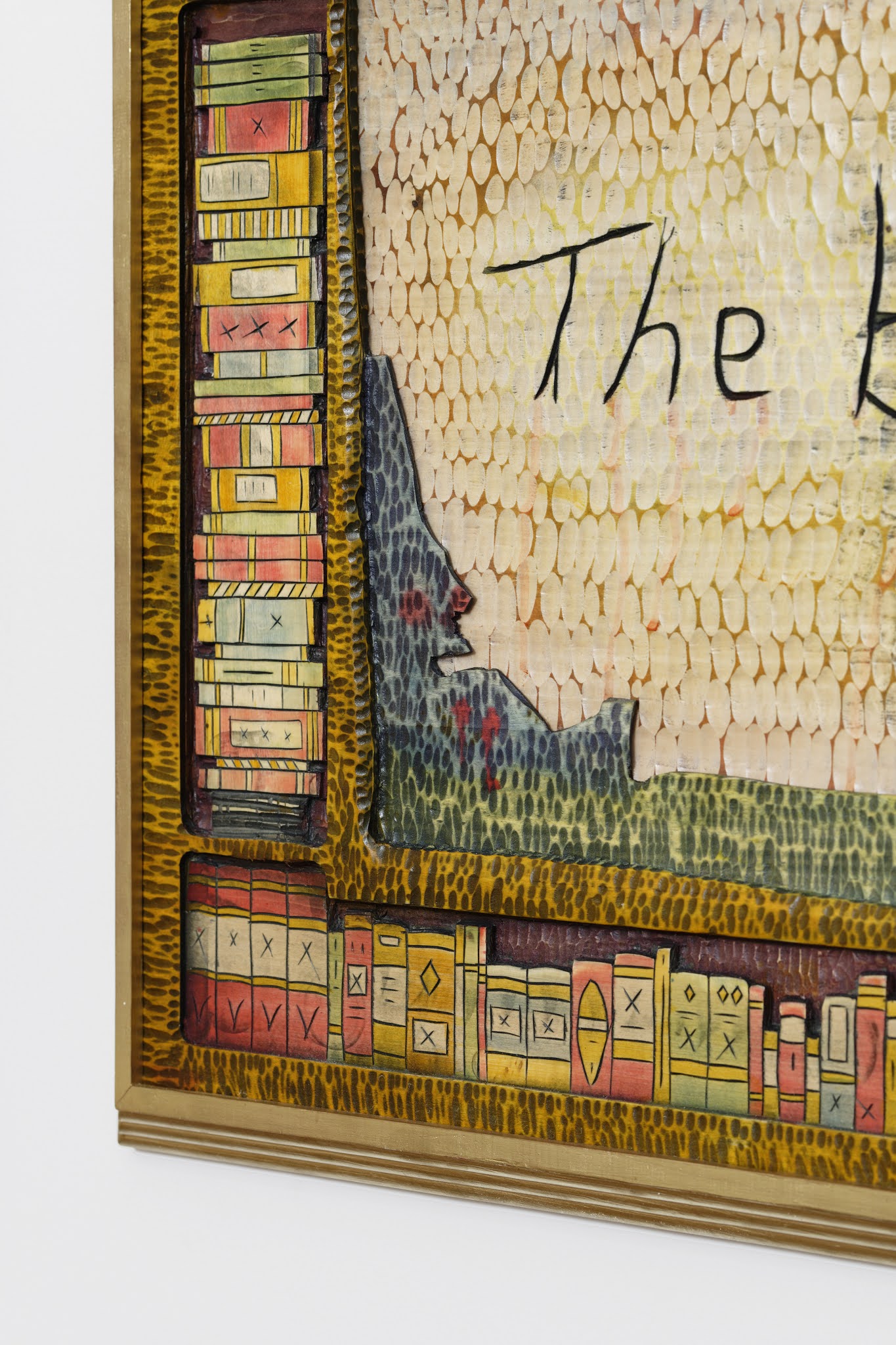 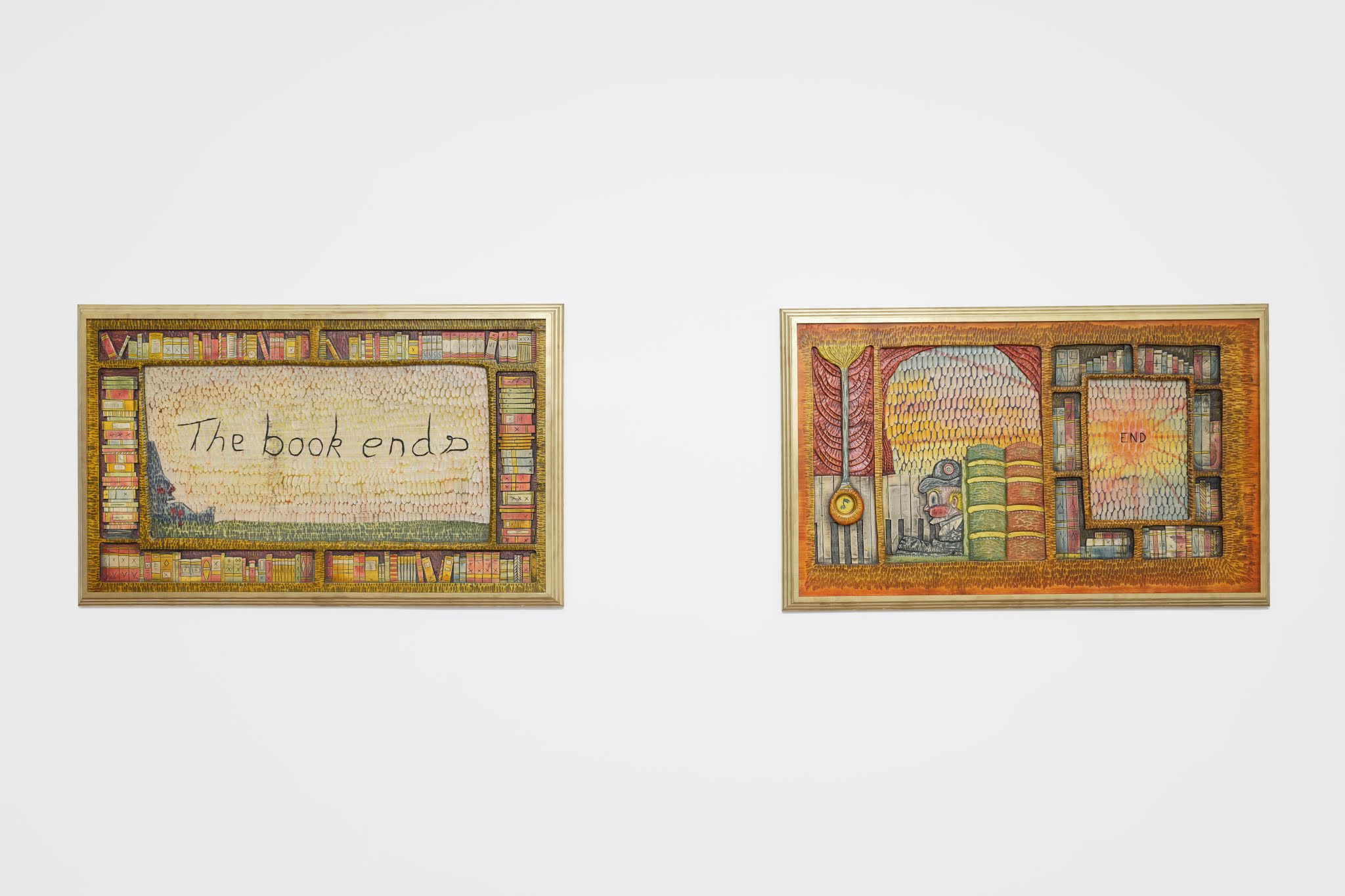 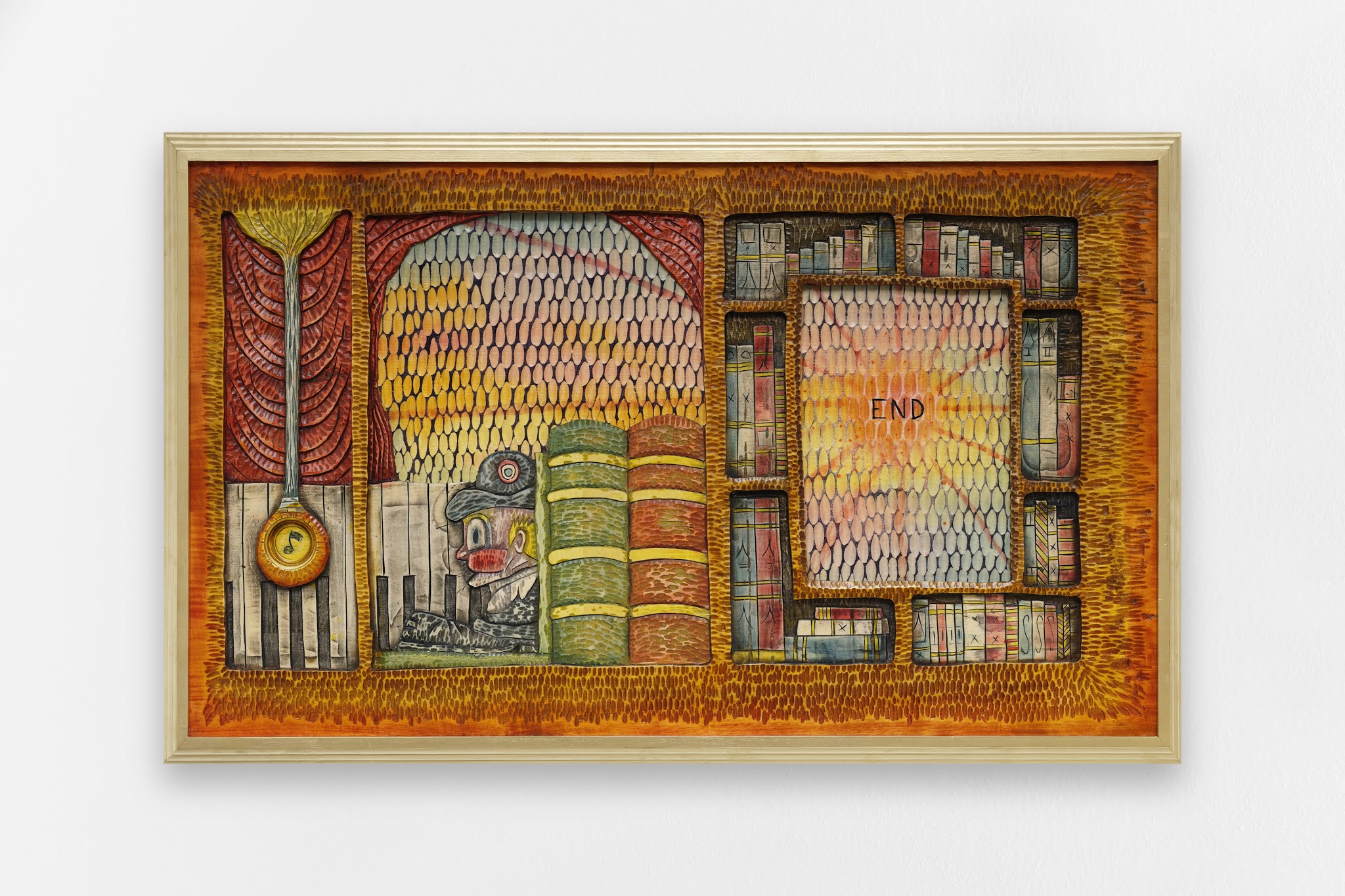 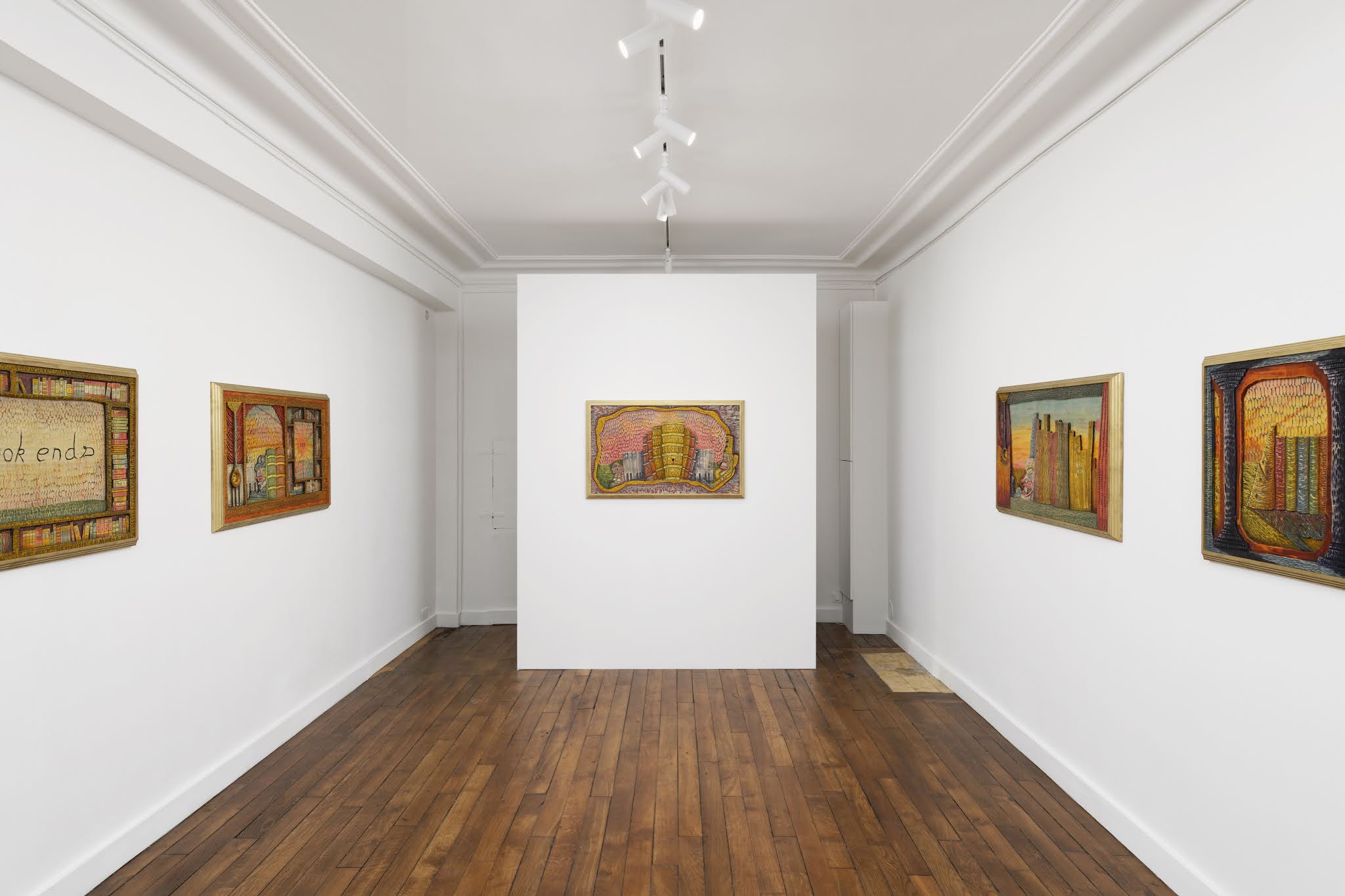 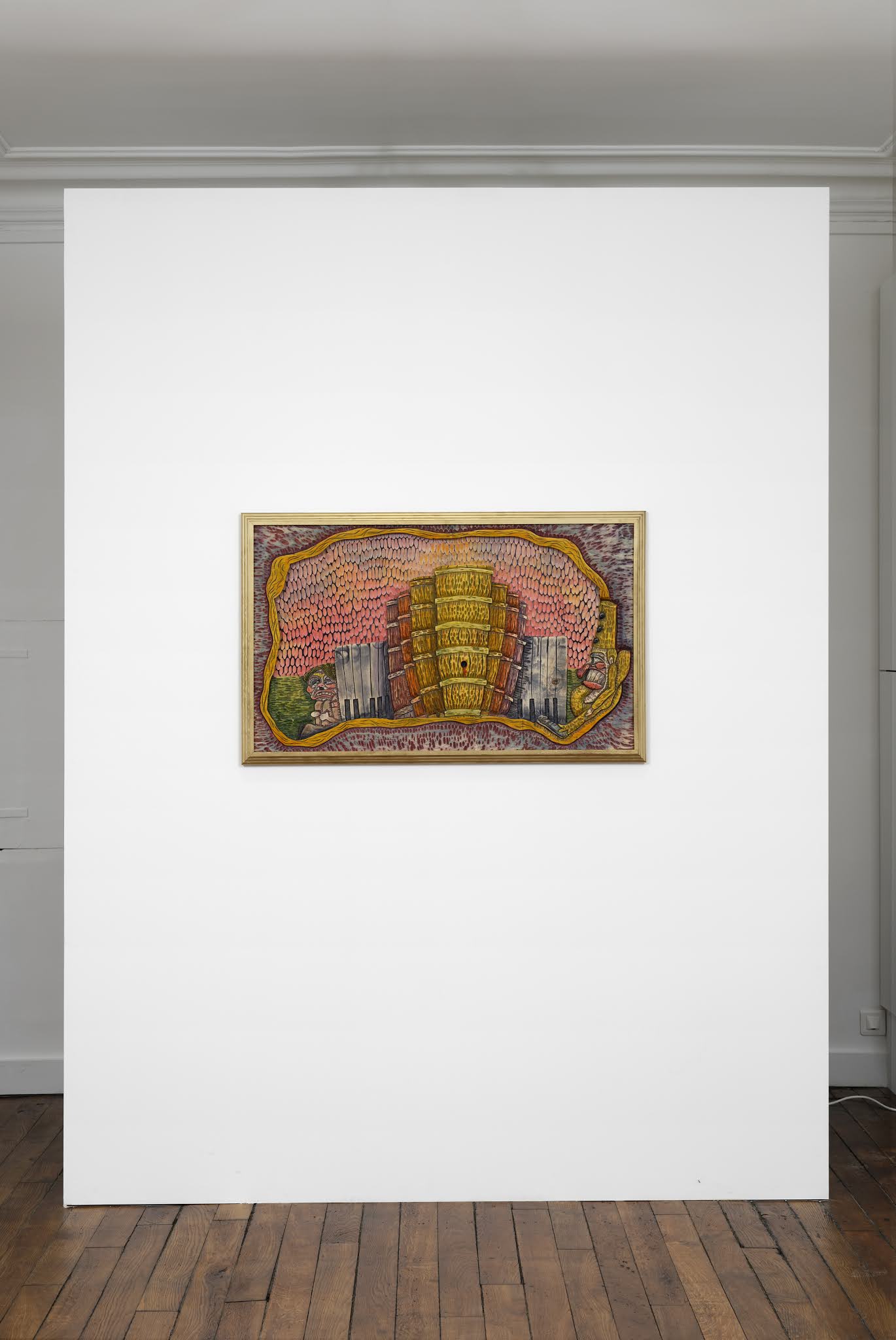 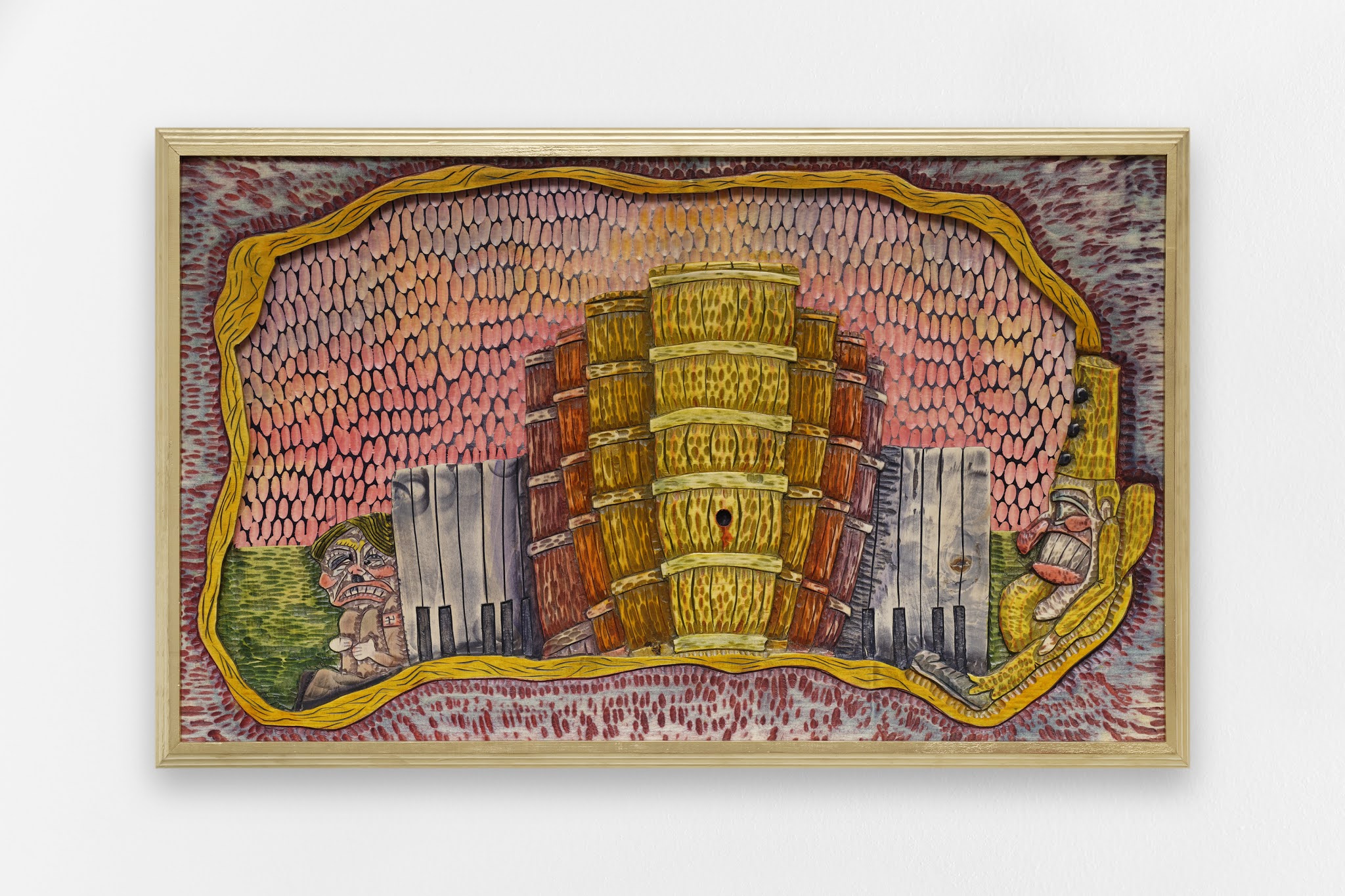 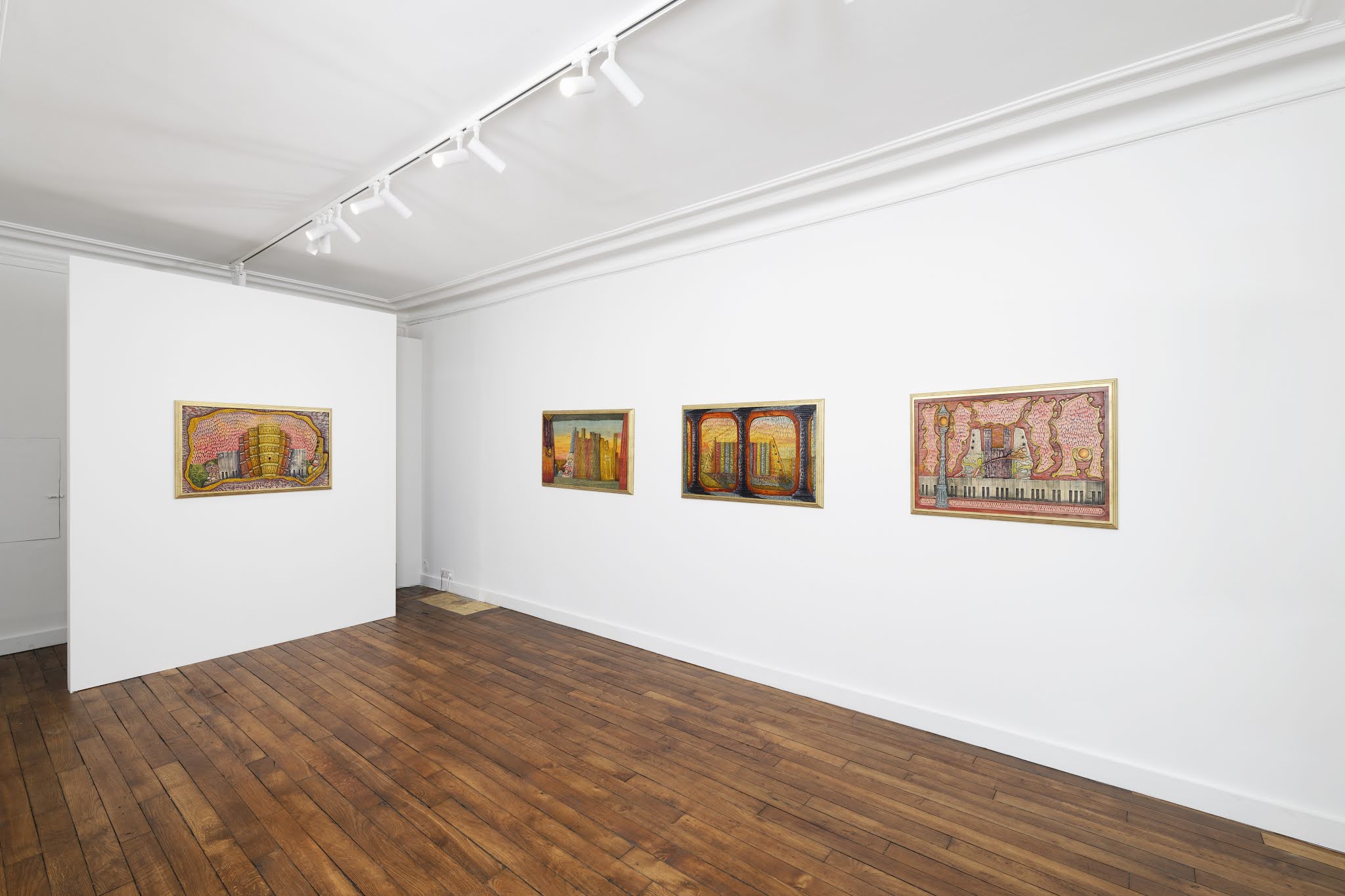 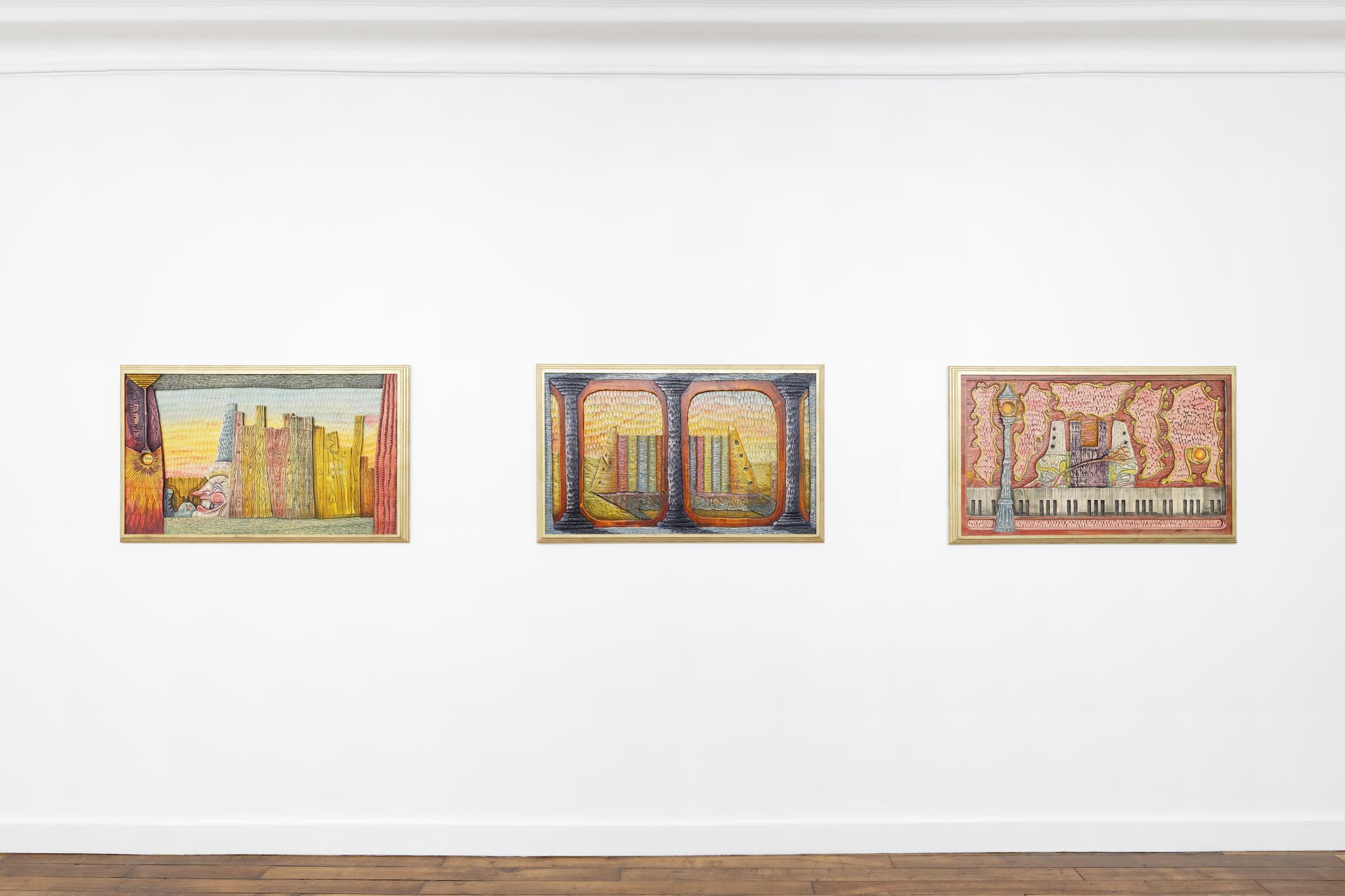 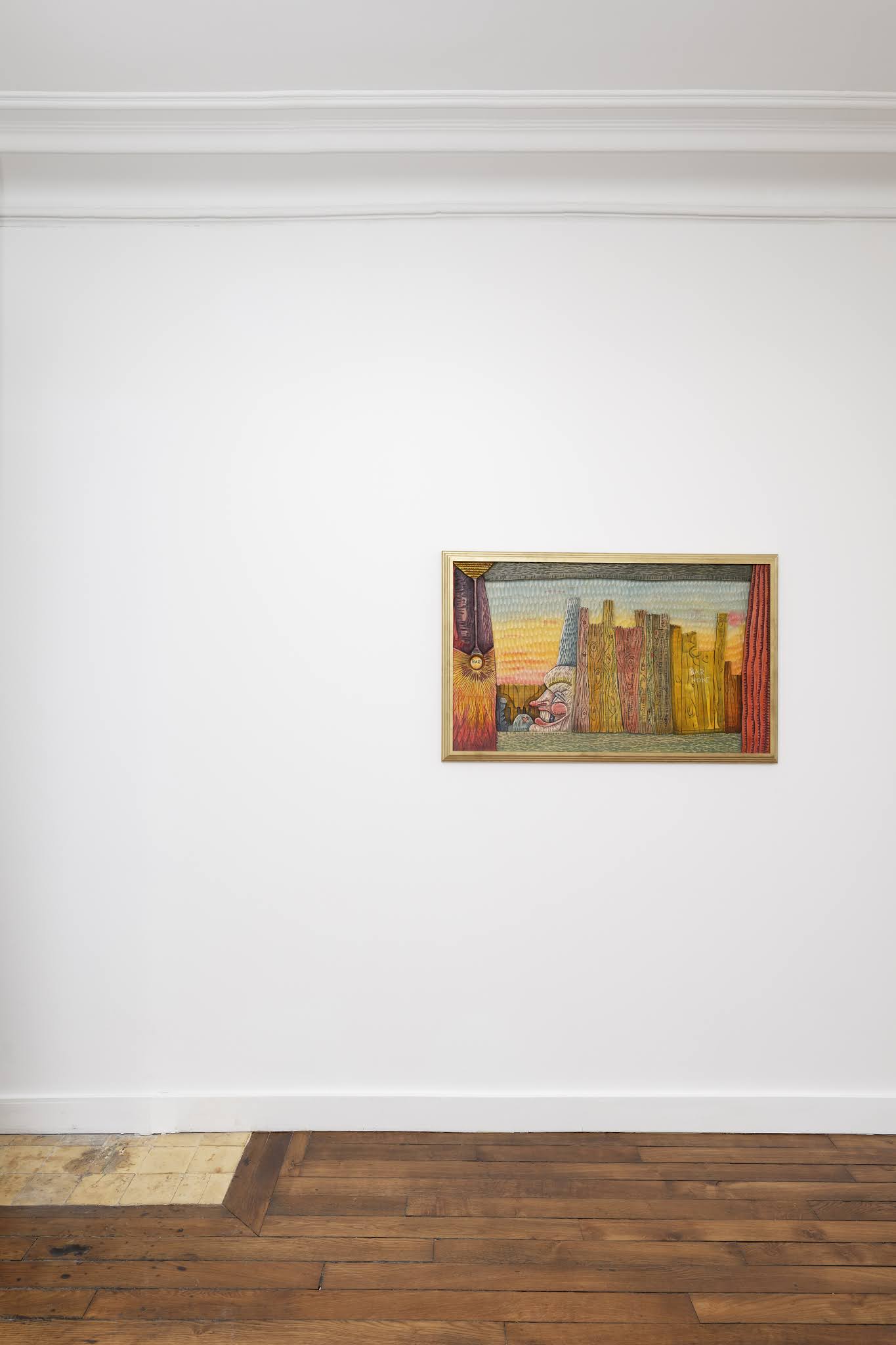 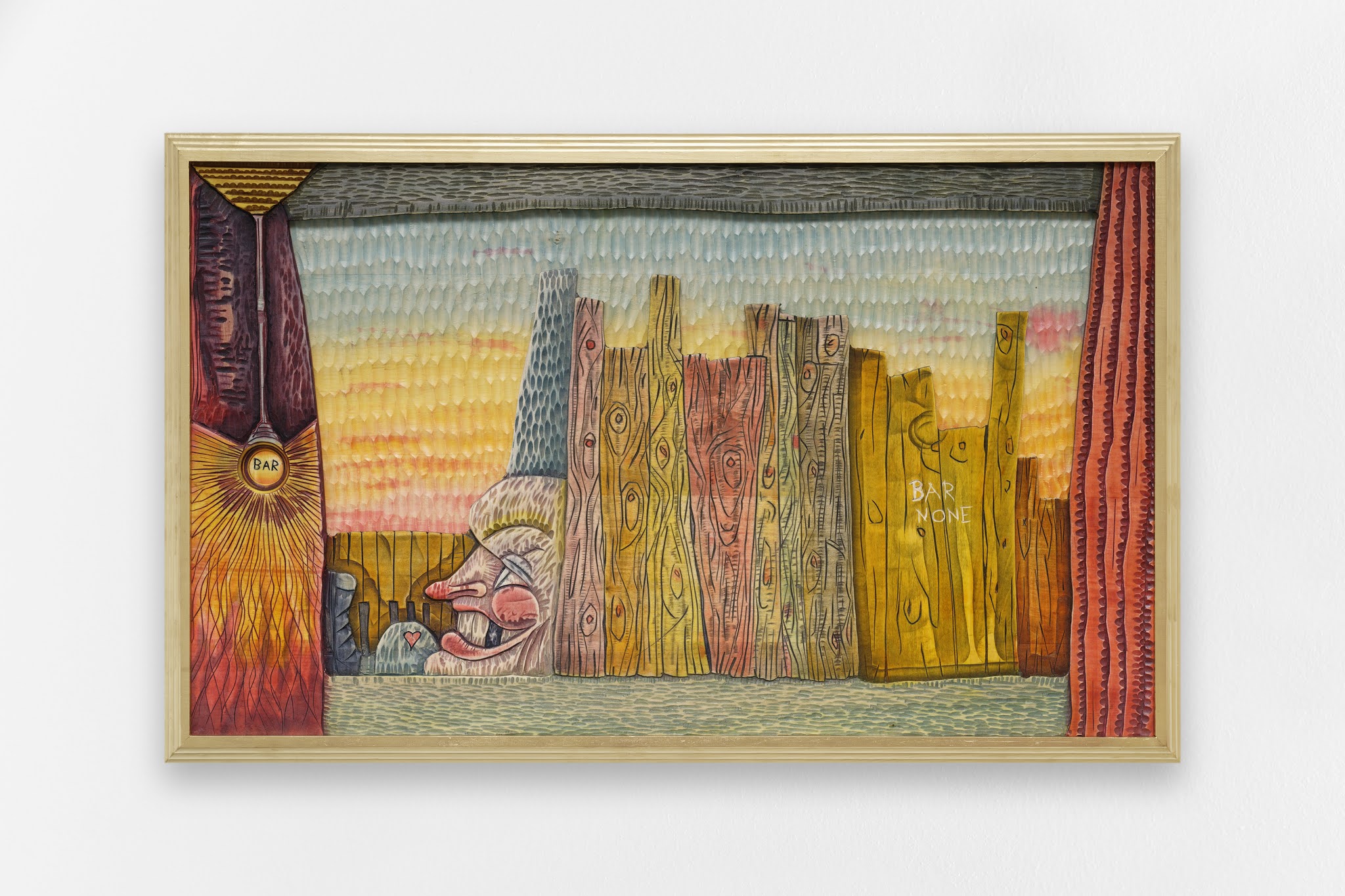 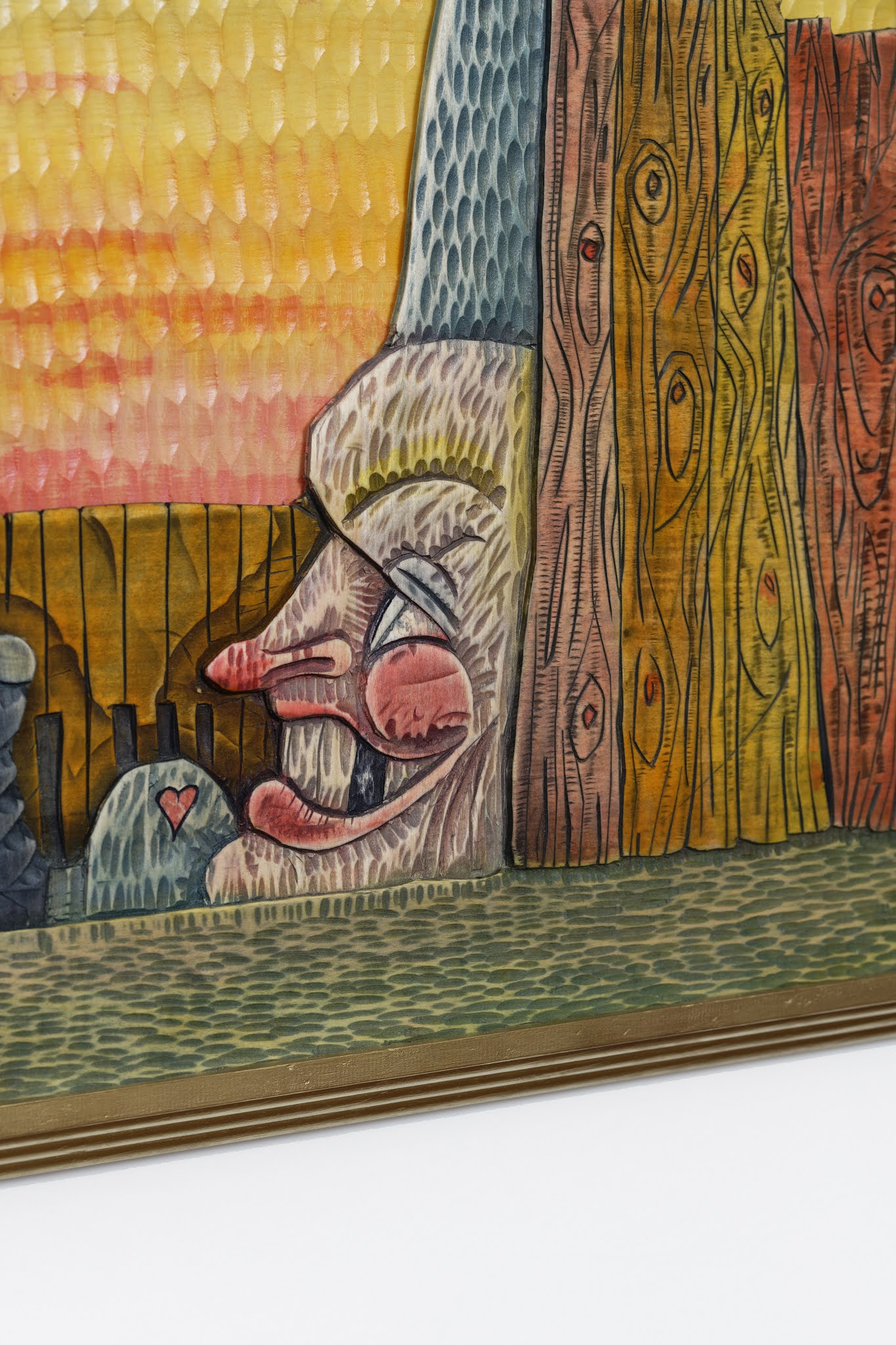 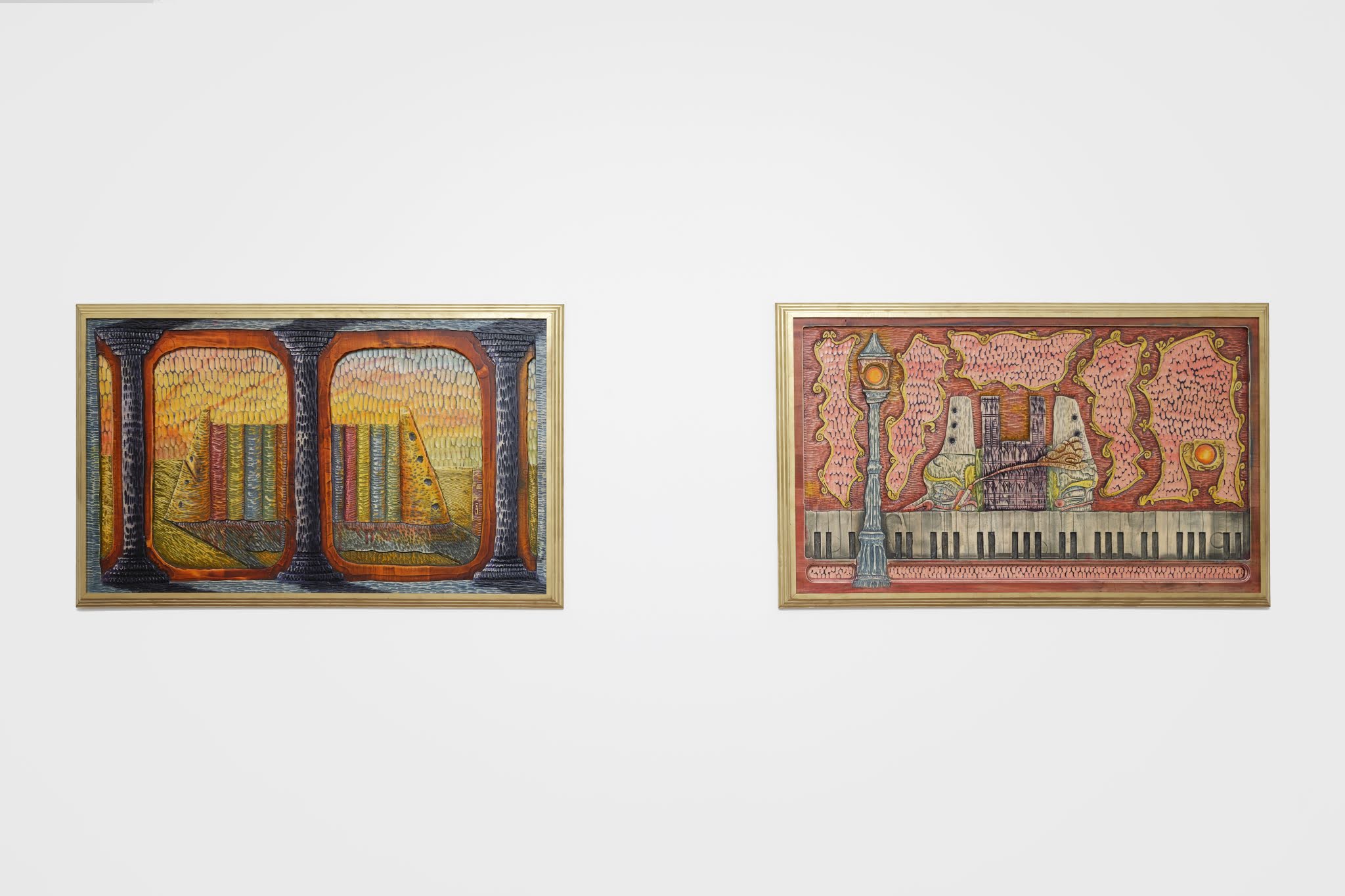 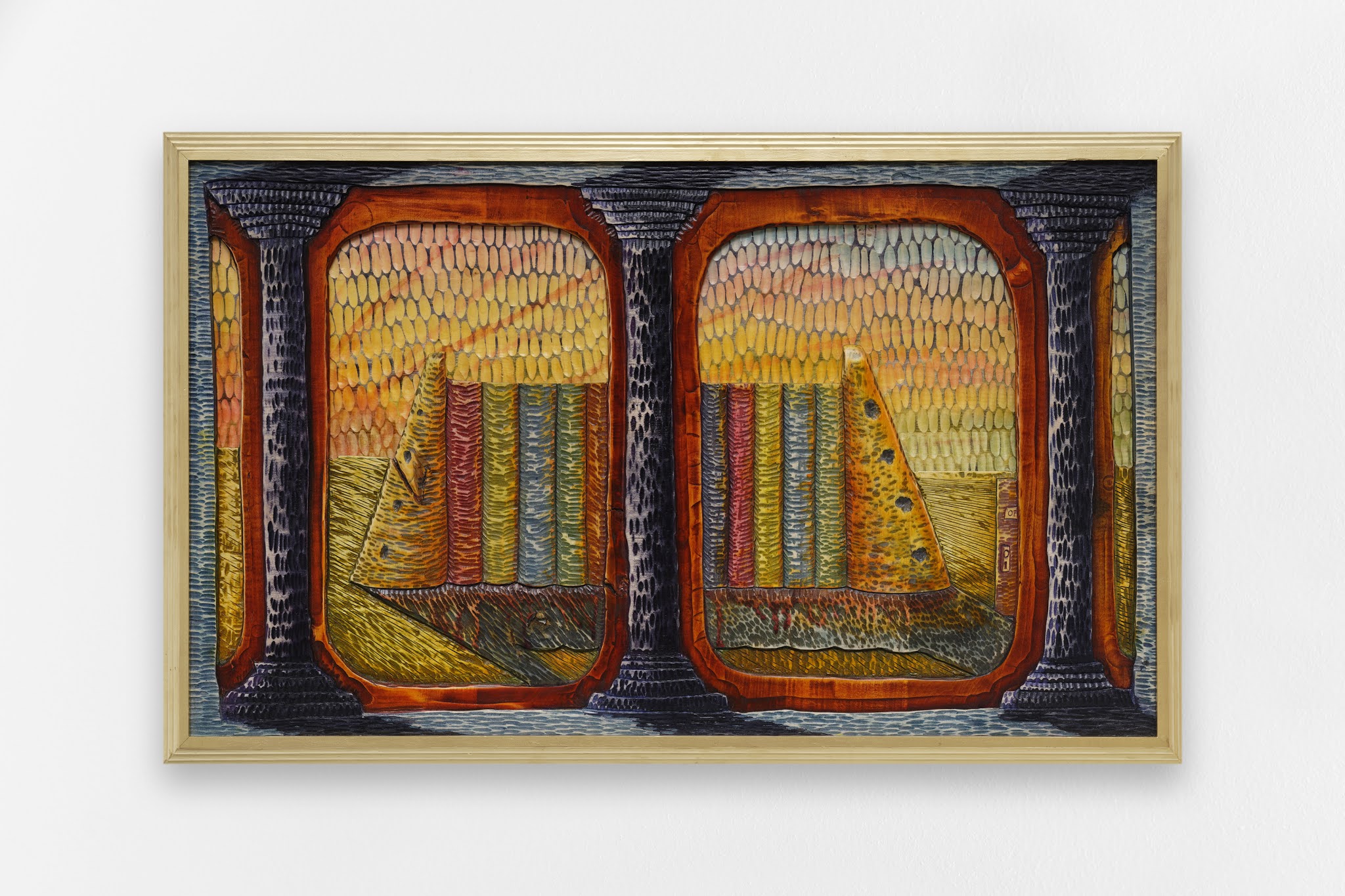 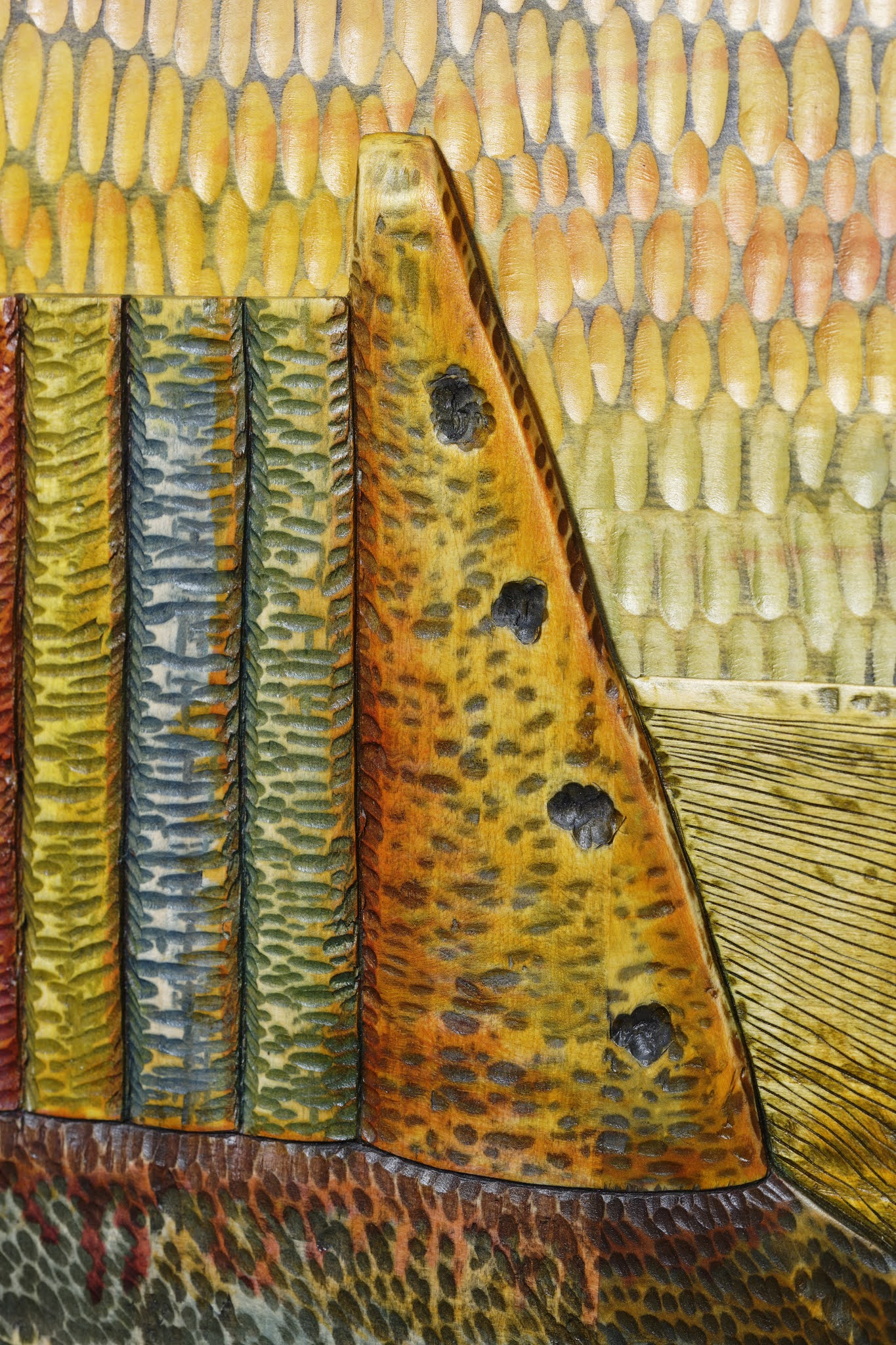 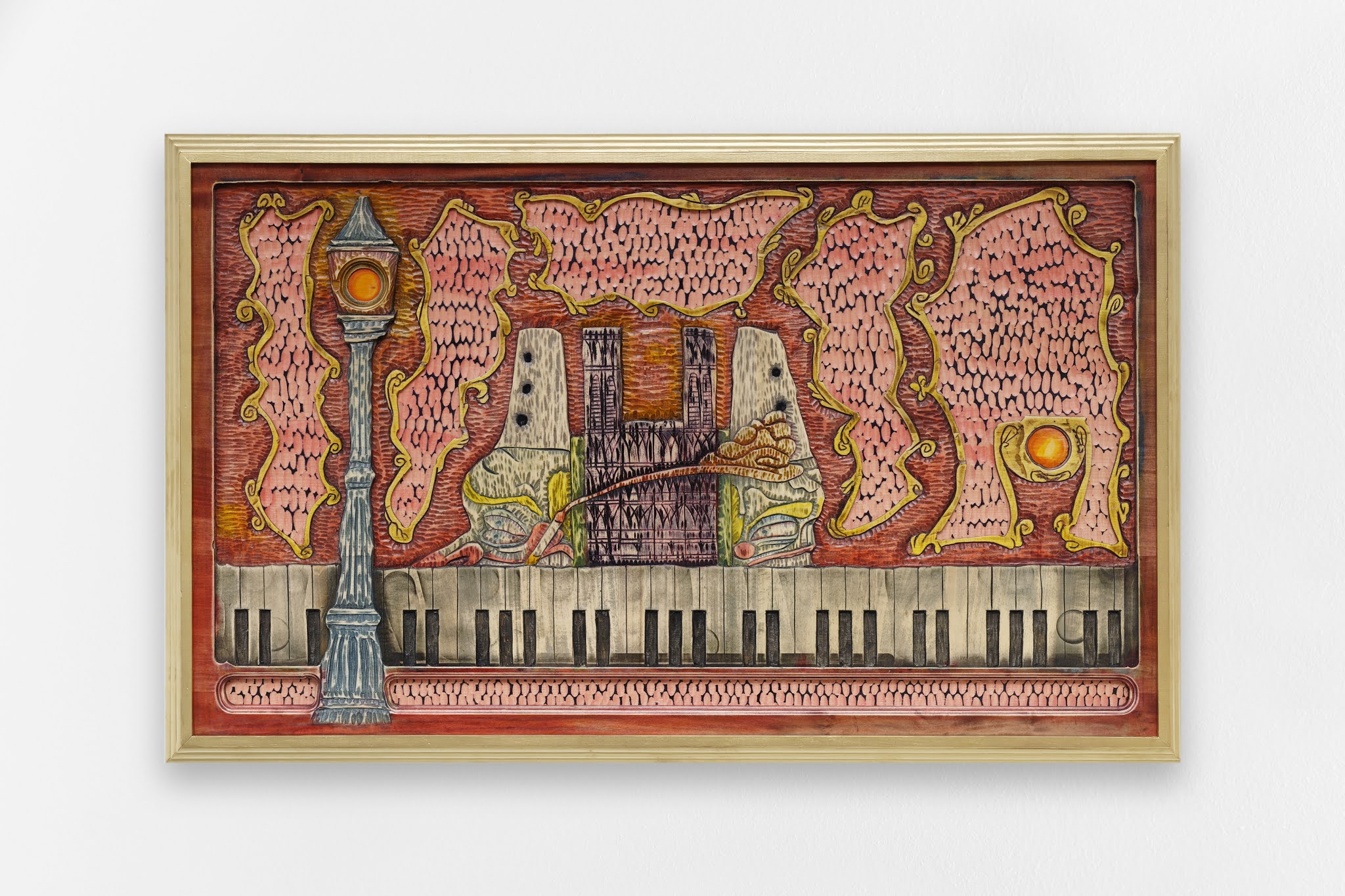 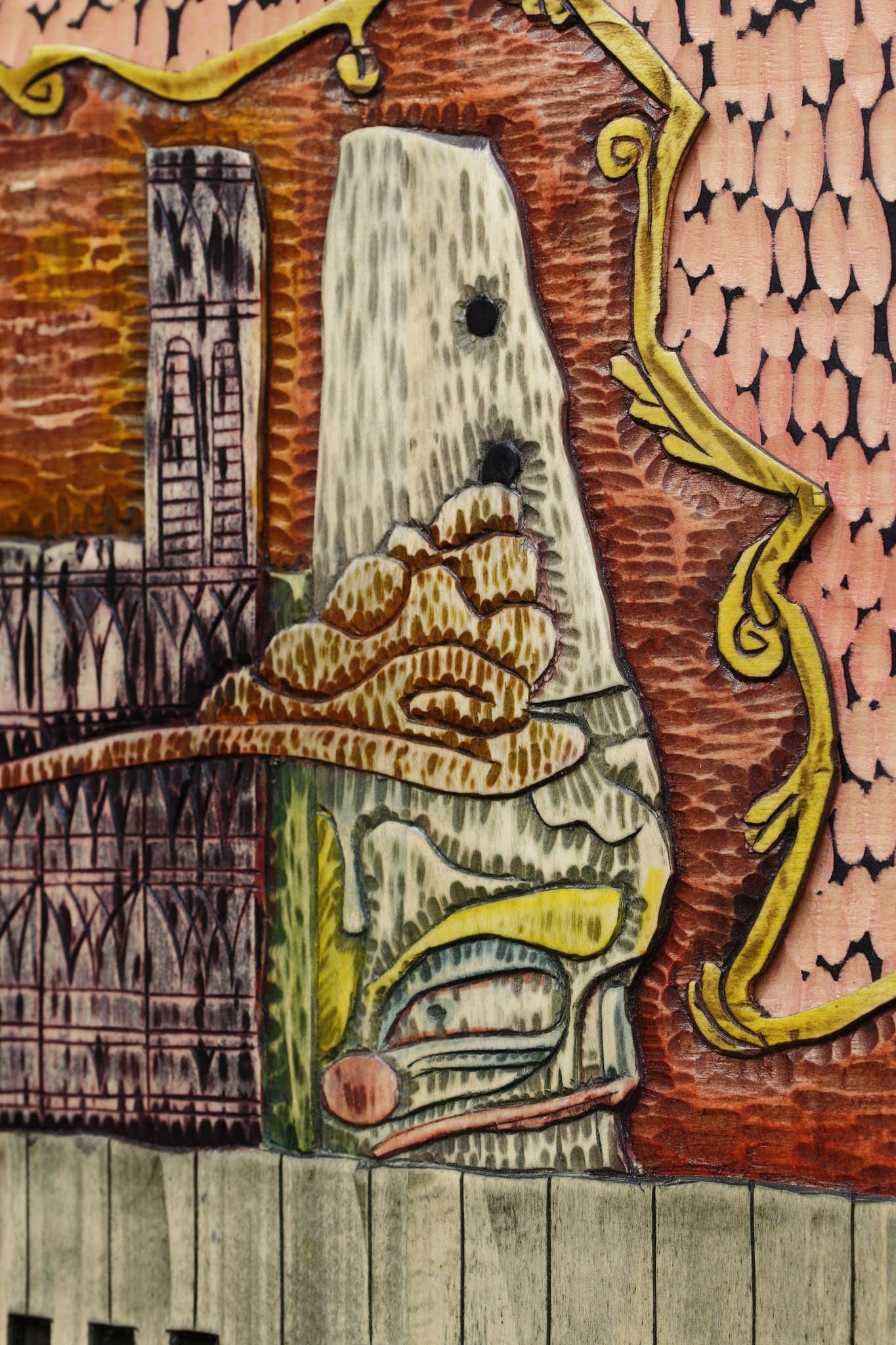 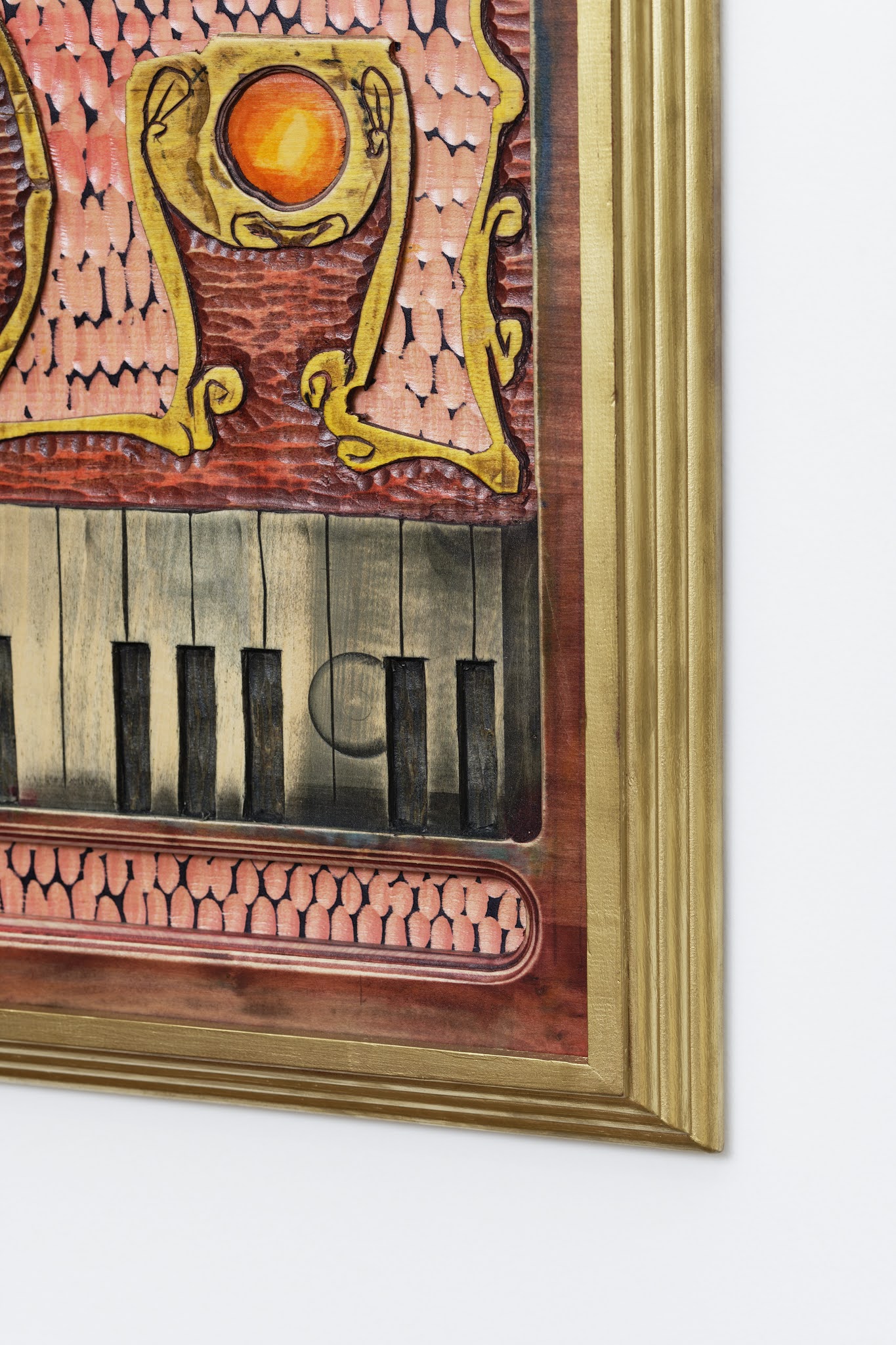 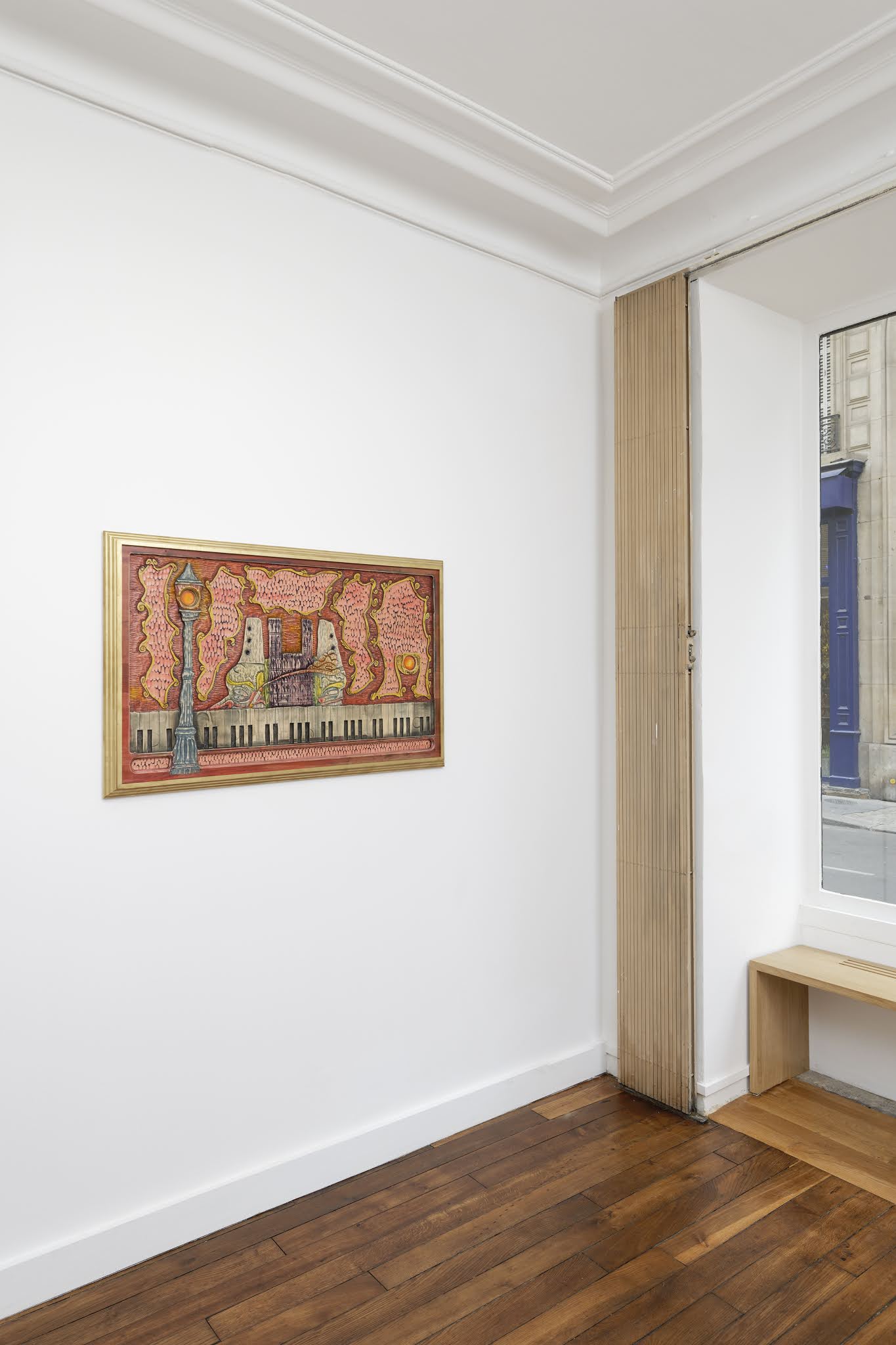 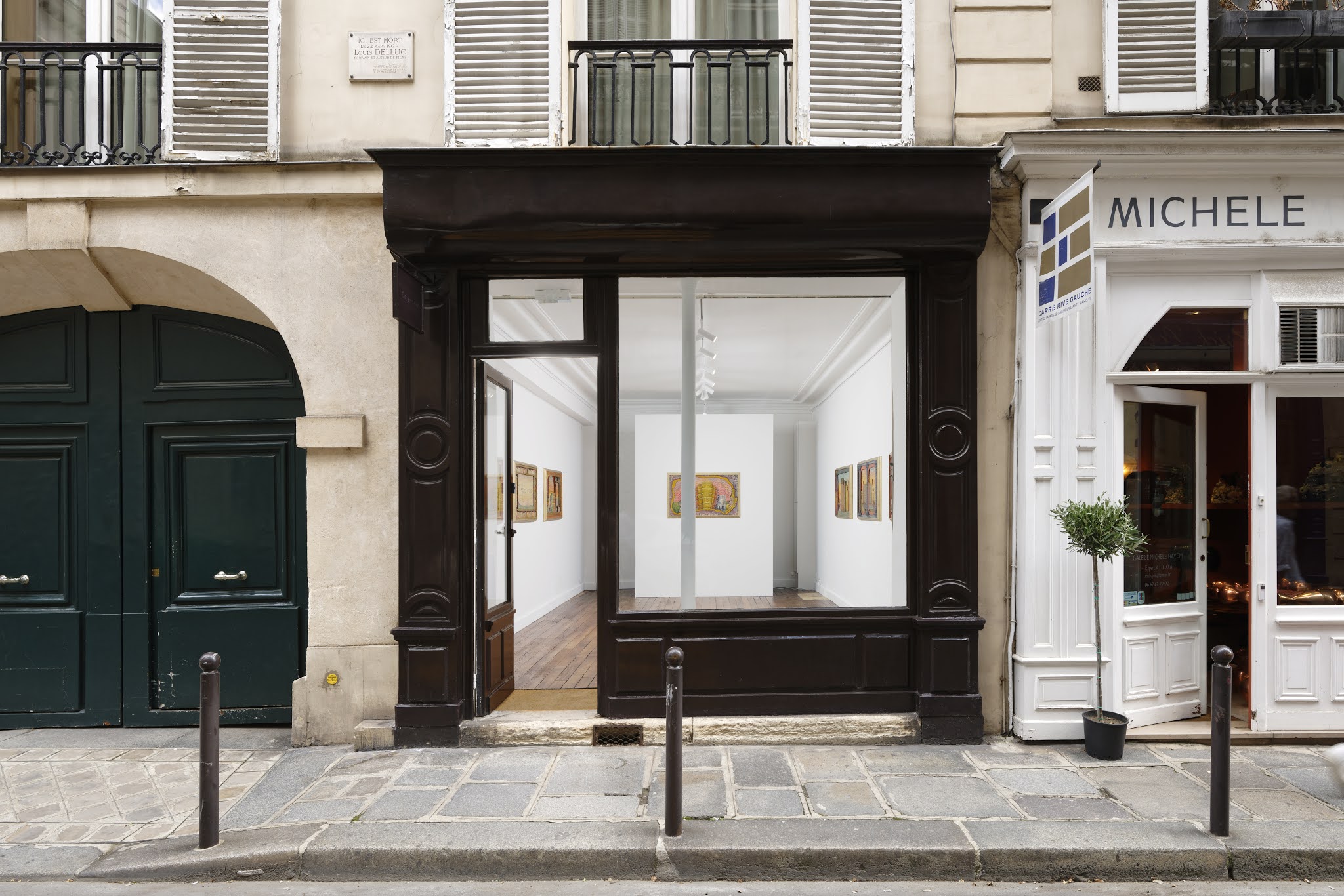 Mathis Collins develops a practice mingling sculpture, performance and poetry. He works around popular objects and artisanal practices whose catalogue of forms he reinvests via collective experience and an absurdist approach. He alternates exhibition projects and workshops, thus placing social activism and collective creation at the heart of his practice. « The book ends » (Produced by Collins during France’s third lockdown) depicts the different physical and psychological effects of withdrawal that the unexpected global lockdown situation created for an artist. The main metaphor used in this series is that of the Bookend, an inanimated folk-art object lying on a shelf and used to hold books, or maybe here held by the books. The bookends depicts the artist and its double, placed on both ends of a shelf. Here the inner-struggle and self-portrait of the artist is illustrated with the question of drug and alcohol abuse. A reflexion on trigger and recovery, in a dialog with the Parisian mythology of the bar and the cabaret as potential alternative art practices. His exploration of contemporary depictions of addiction went parallel with Collins own participation in the actions of Nan Goldin’s activist group PAIN (Prescription Addiction Intervention Now), for which he is still today the spokesperson in France. He is the co-organizer of a demonstration in front of the Louvre in 2019, that saw the museum drop the Sackler name from 12 rooms in the Wing of Oriental Antiquities.The self-portrait used by Collins -as in all of his works is here seen napping, but also seemingly dead, like shot, but also depicted as a 19th century police officer such as the ones represented in traditional puppetry and who always gets beaten up. This illustrates the question of guilt, entrappment and self-affliction. Collins uses the figure of Pulcinella, the popular hero of Italian street theatre, surveilling Hitler, popping up in the work of art, like populist parties popping up in European politics. Even though the series carries a certain calm, like a beautiful sky after a storm where the bookshelf emerges as beacon; the artist is alone and in choc. This series is intentionally enigmatic in its meaning, for Collins is here represented as the sole spectator of his theatre, like a mechanical puppet.It finally echoes to the situation that artists have to go through since the beginning of the pandemy, left to themselves, without sustainable economic resources, instrumentalized by a growing digital puppet-like audience and an invisible physical spectatorship.