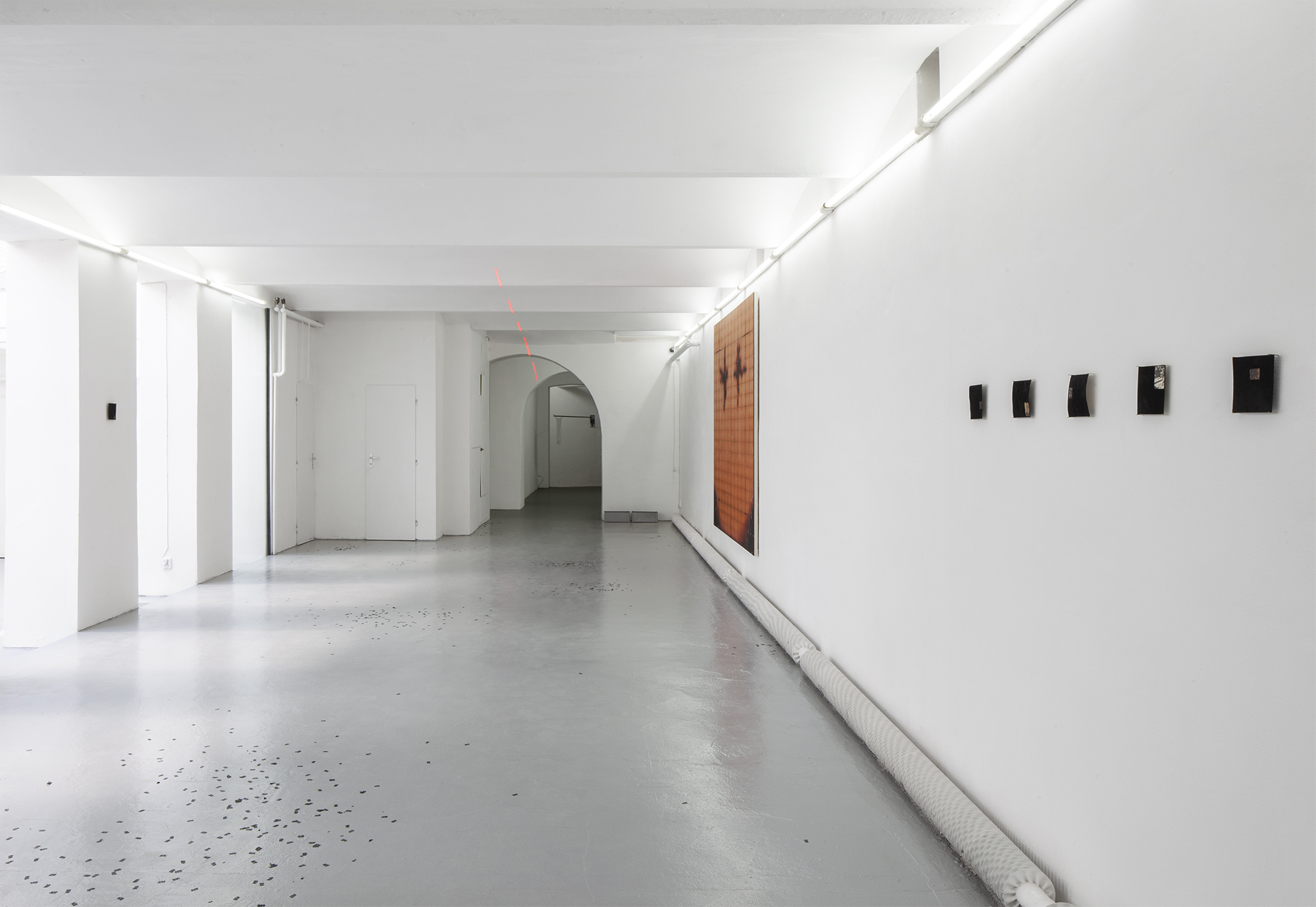 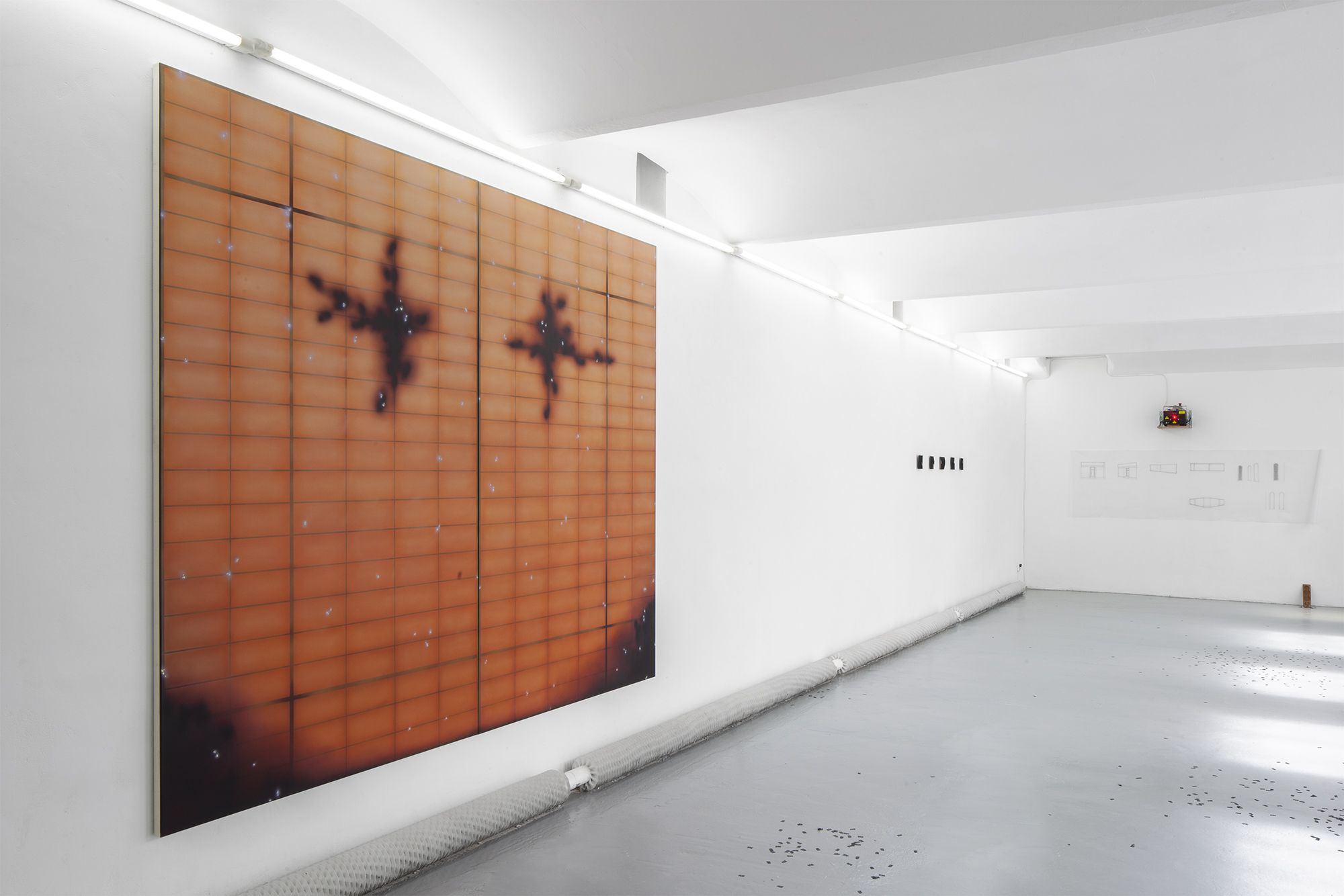 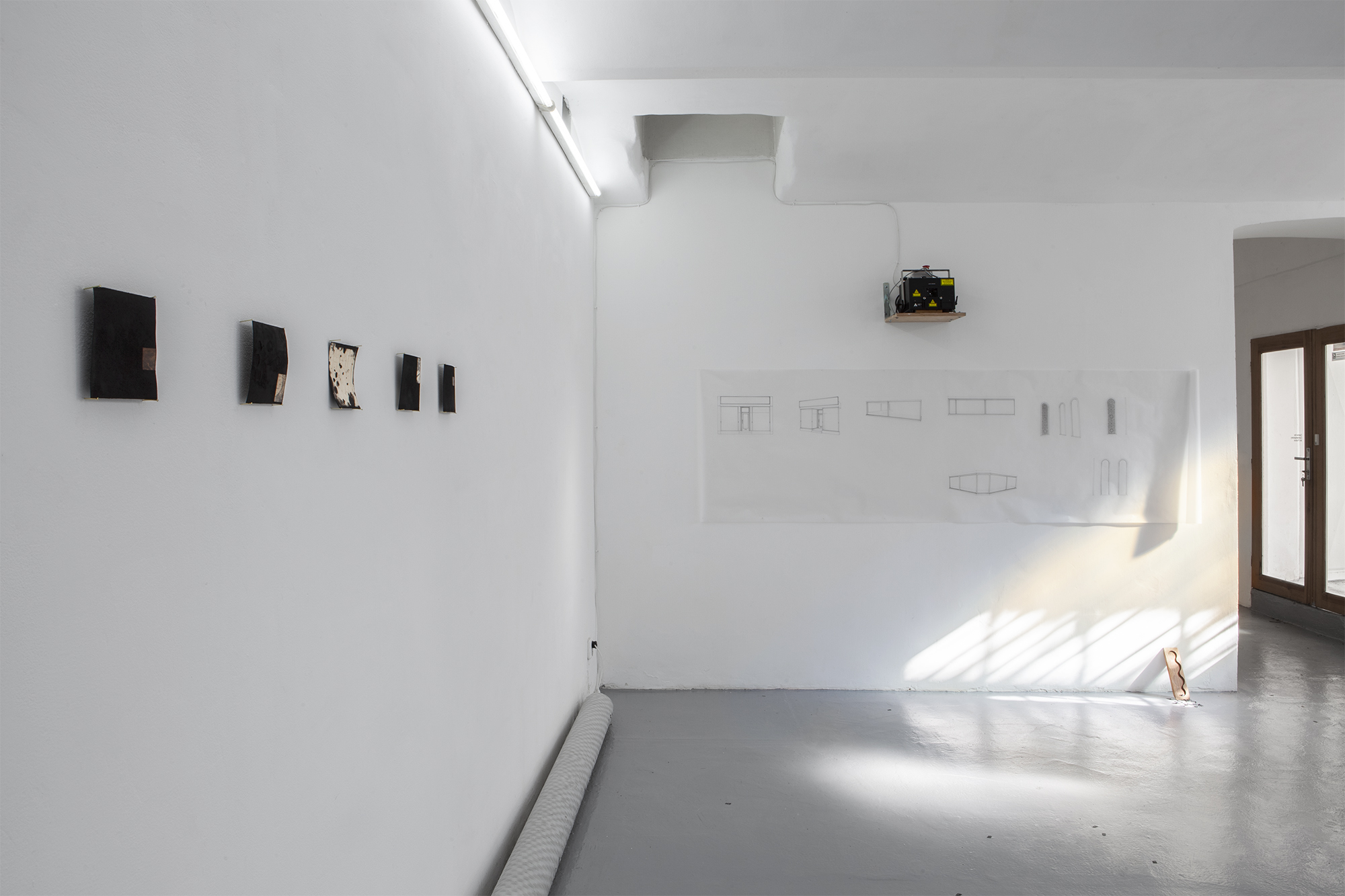 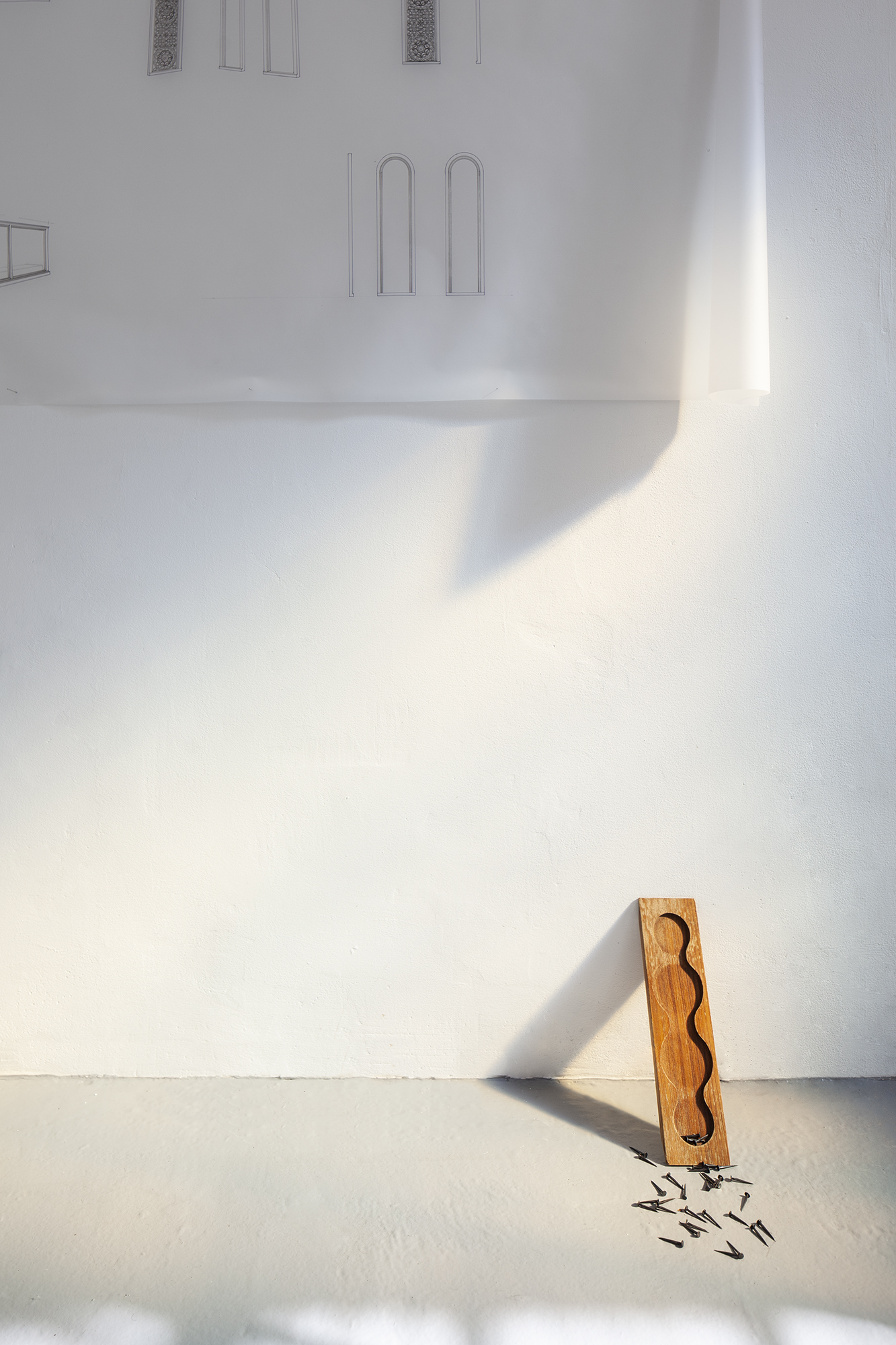 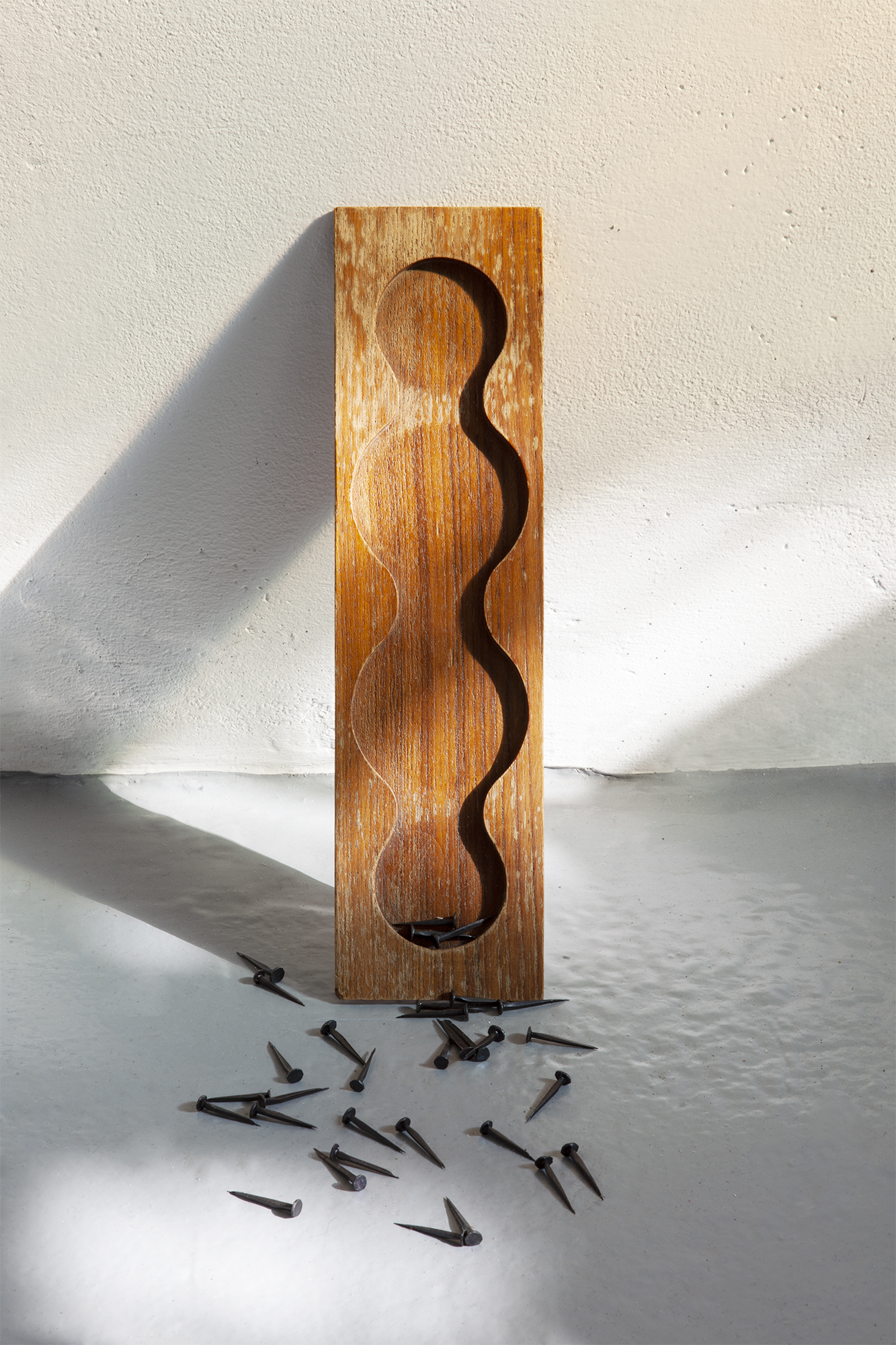 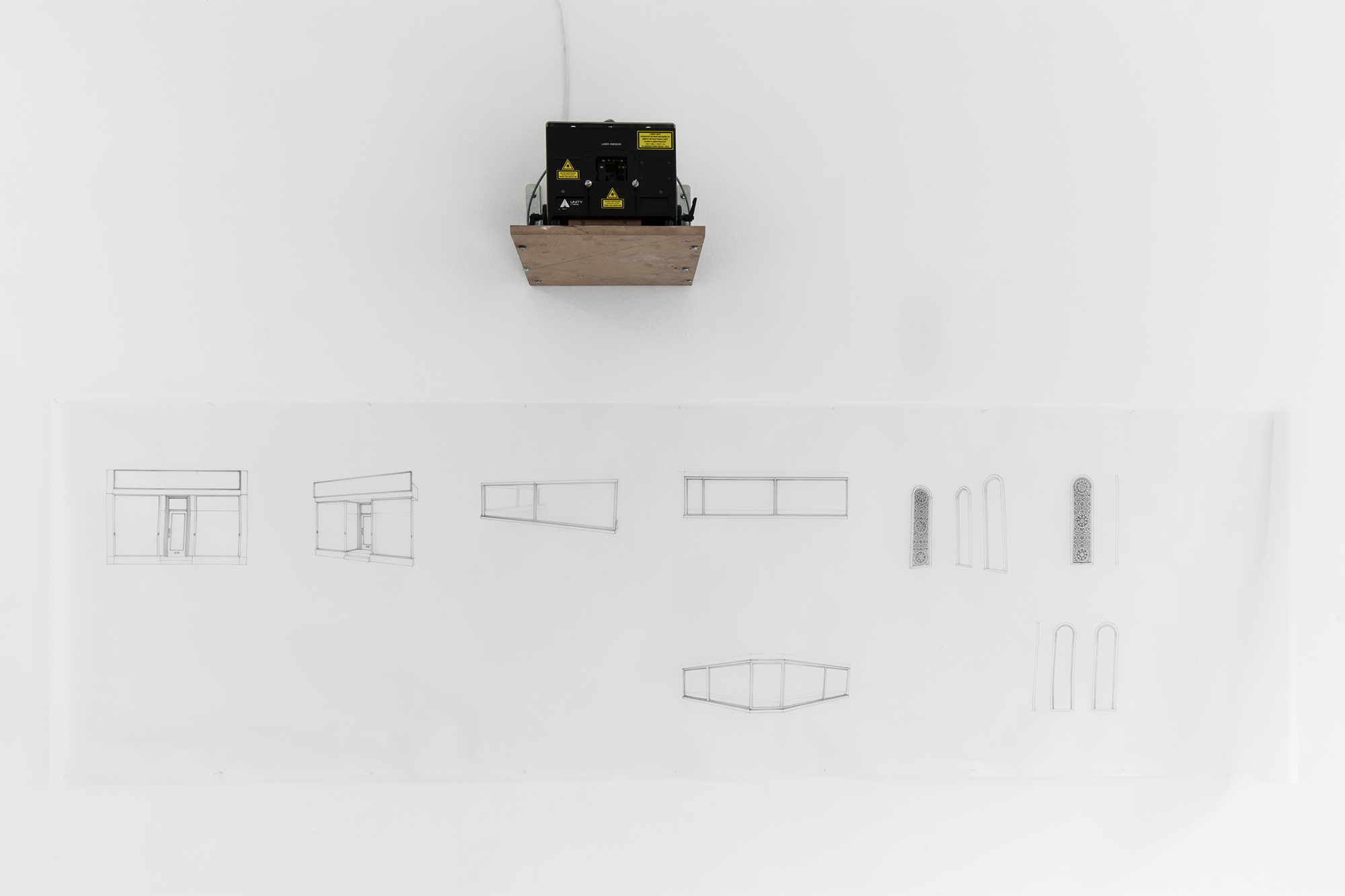 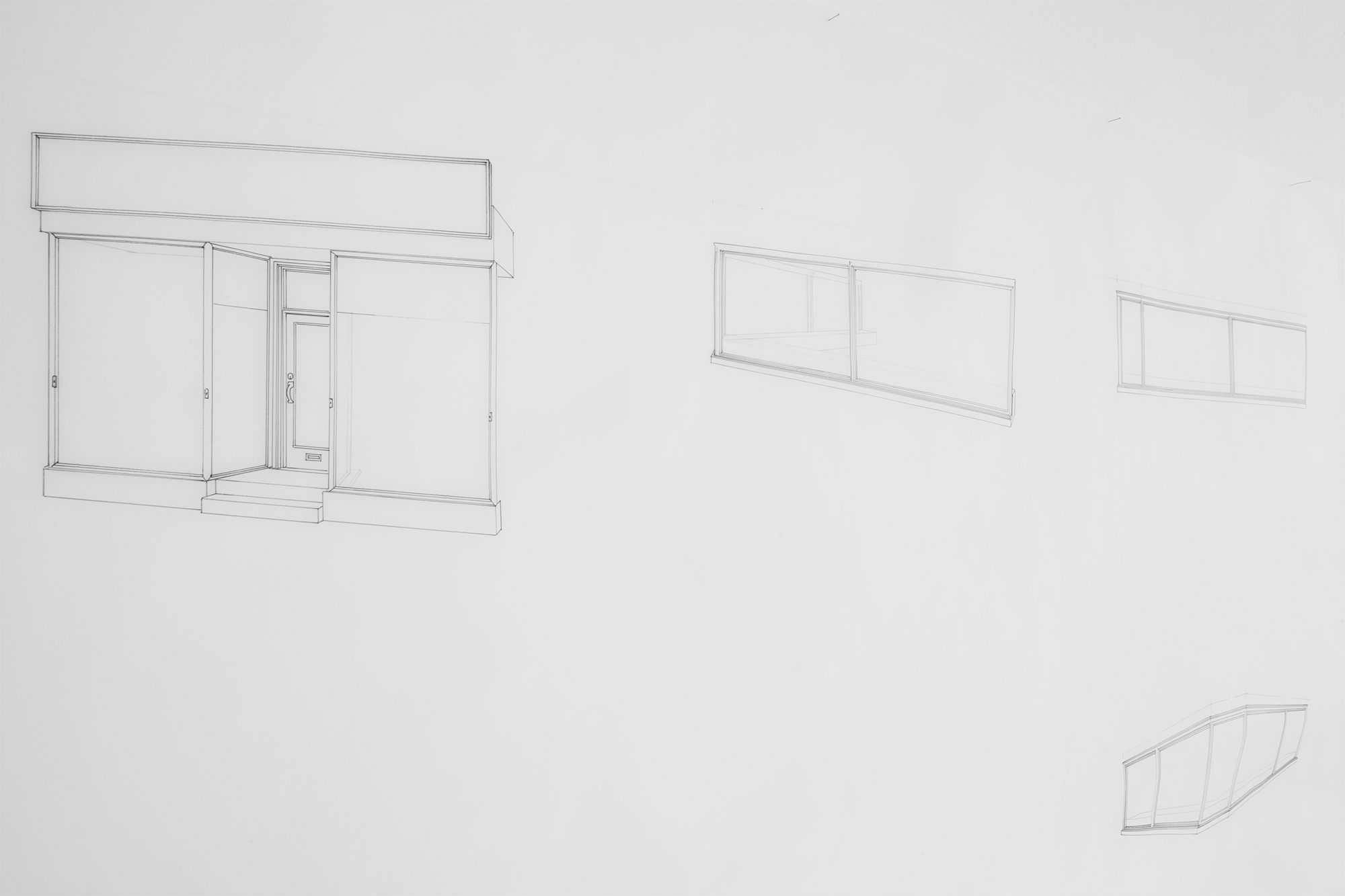 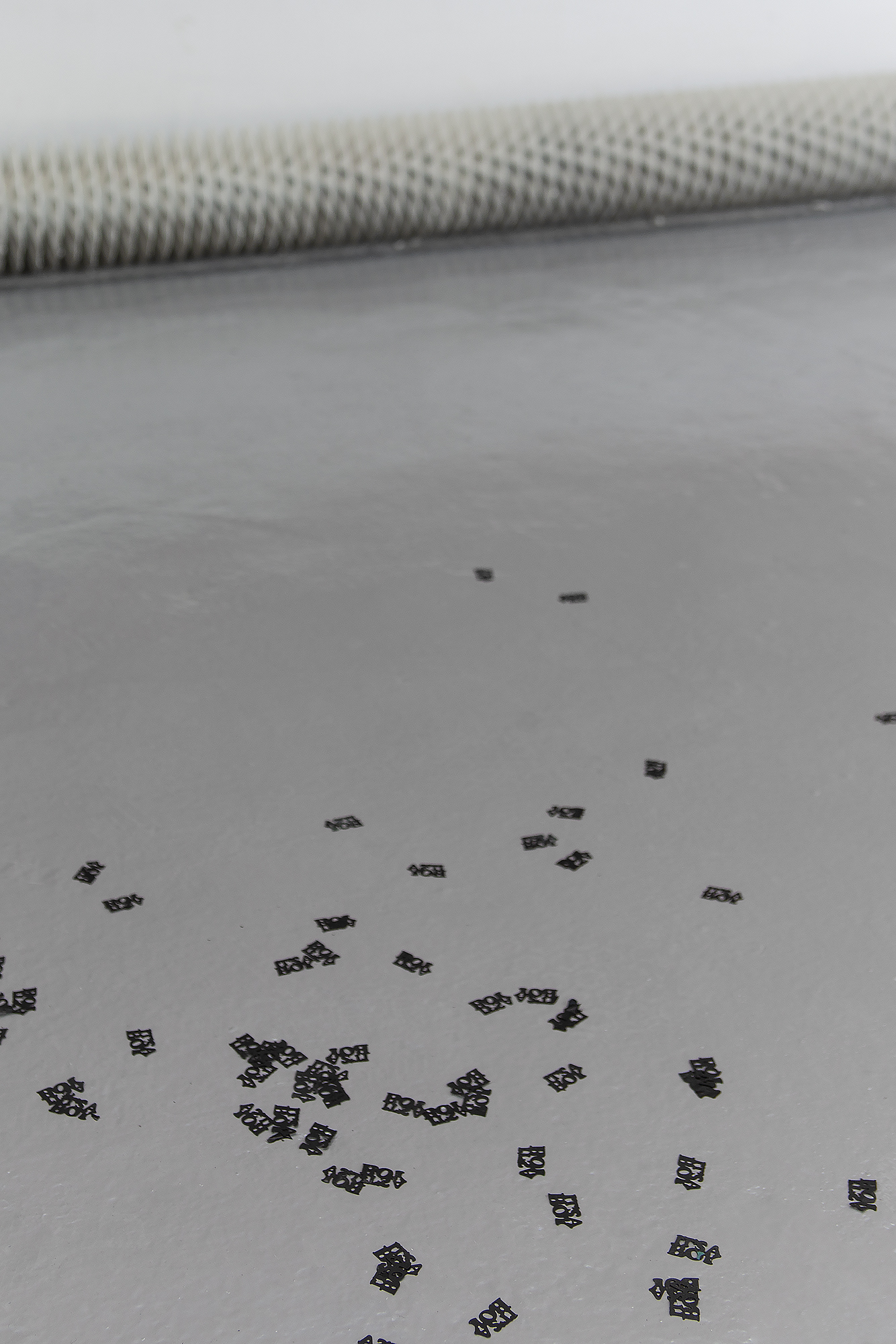 Painted confettis dropped on the floor 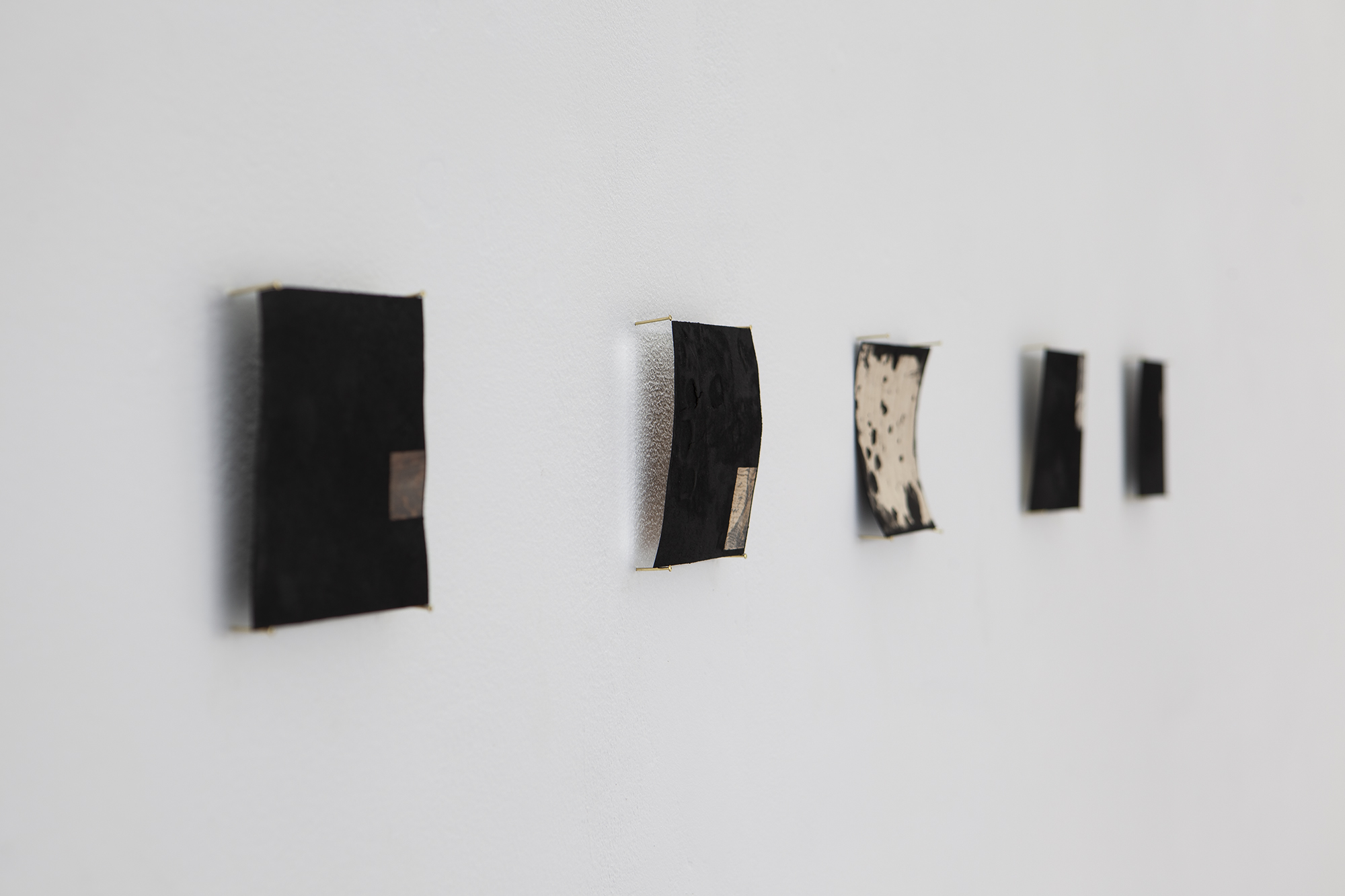 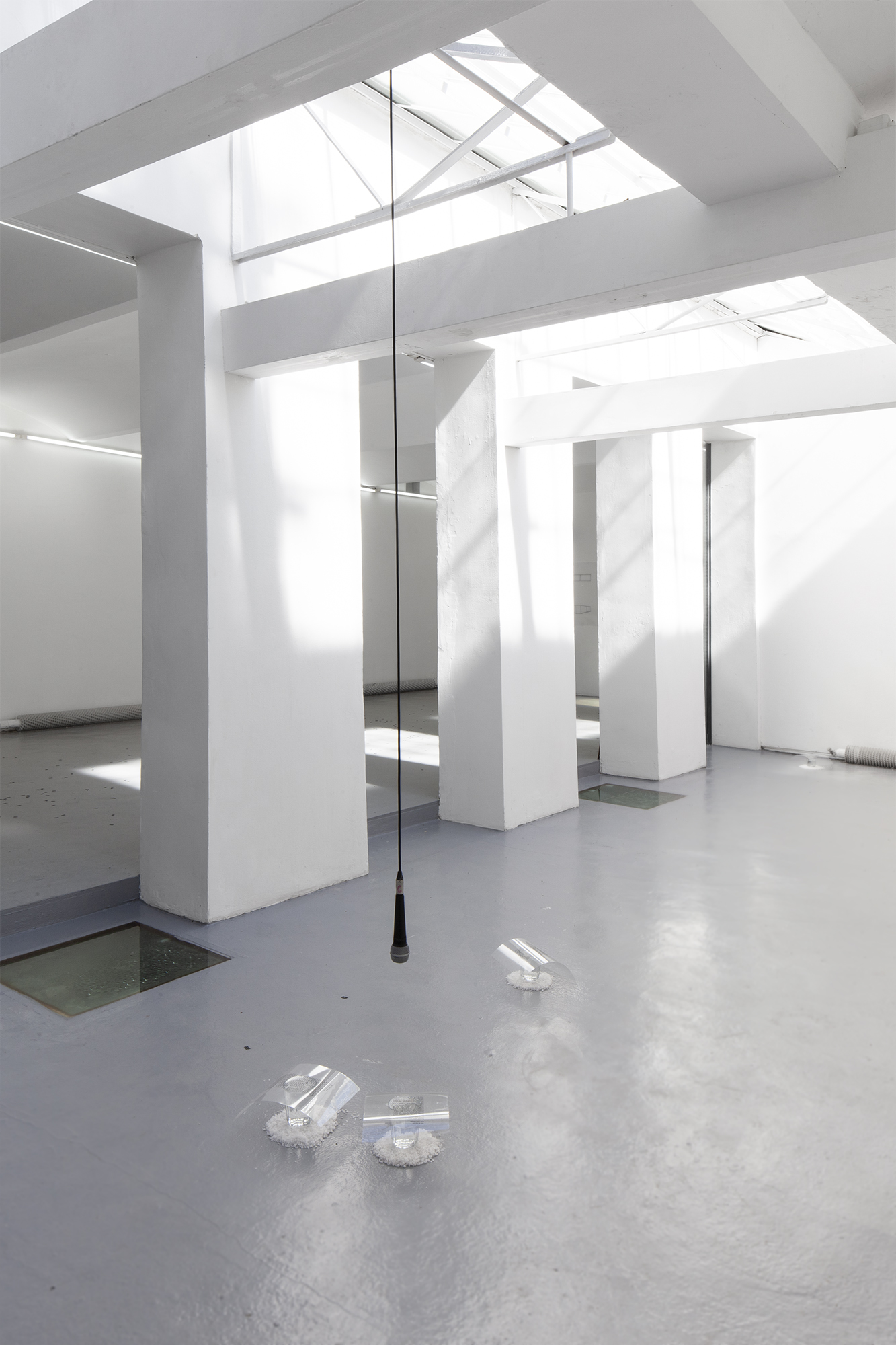 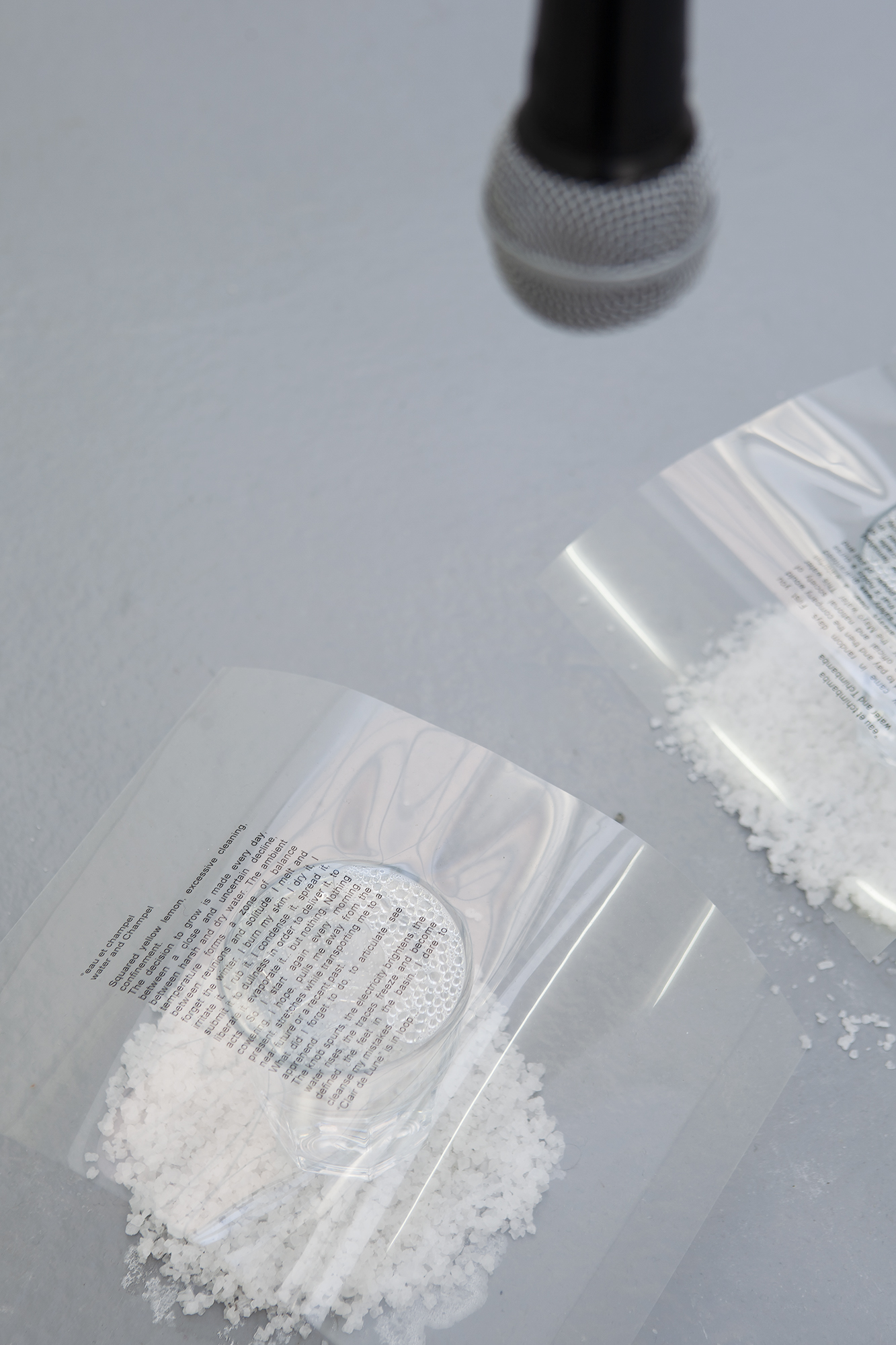 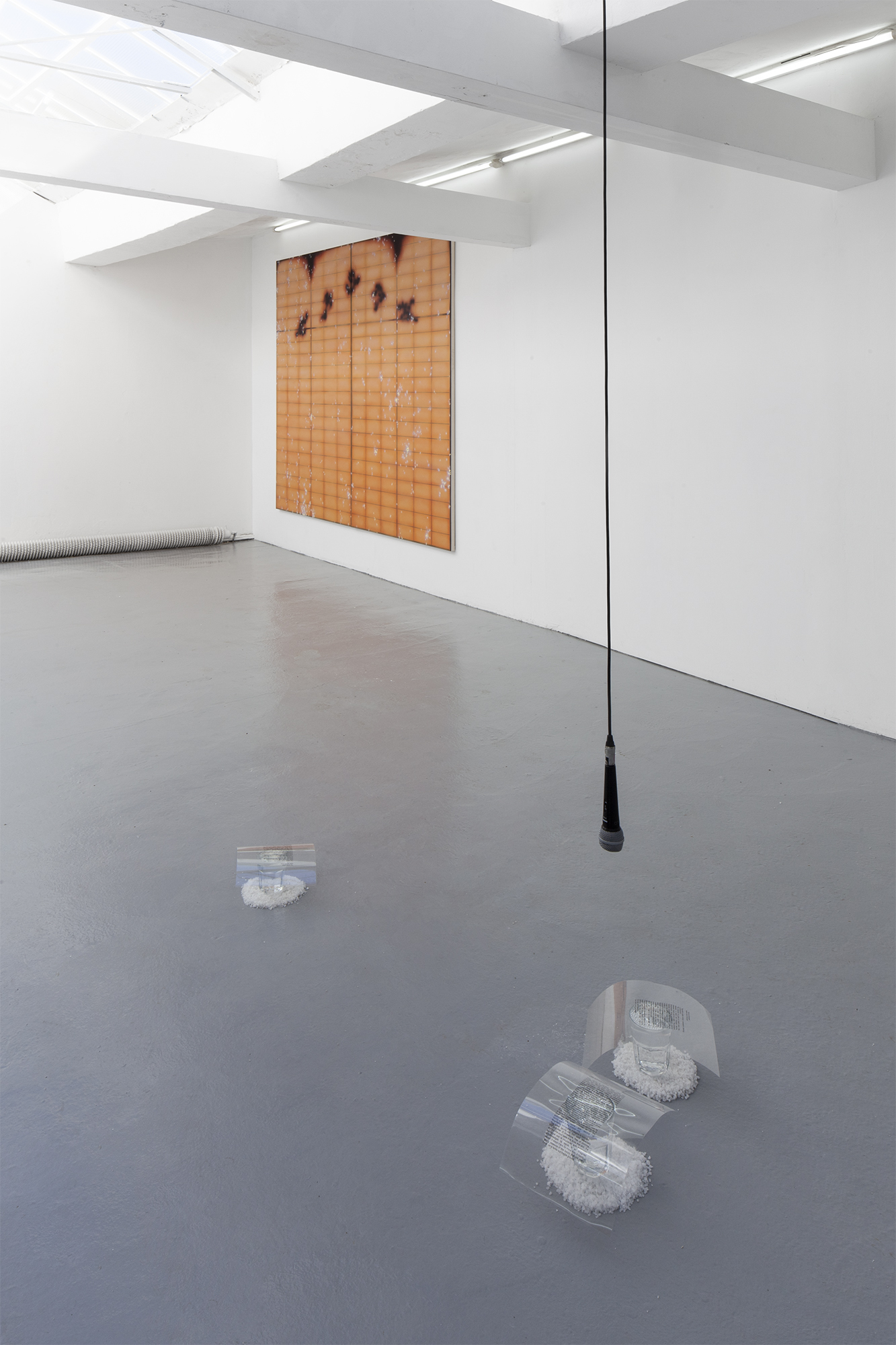 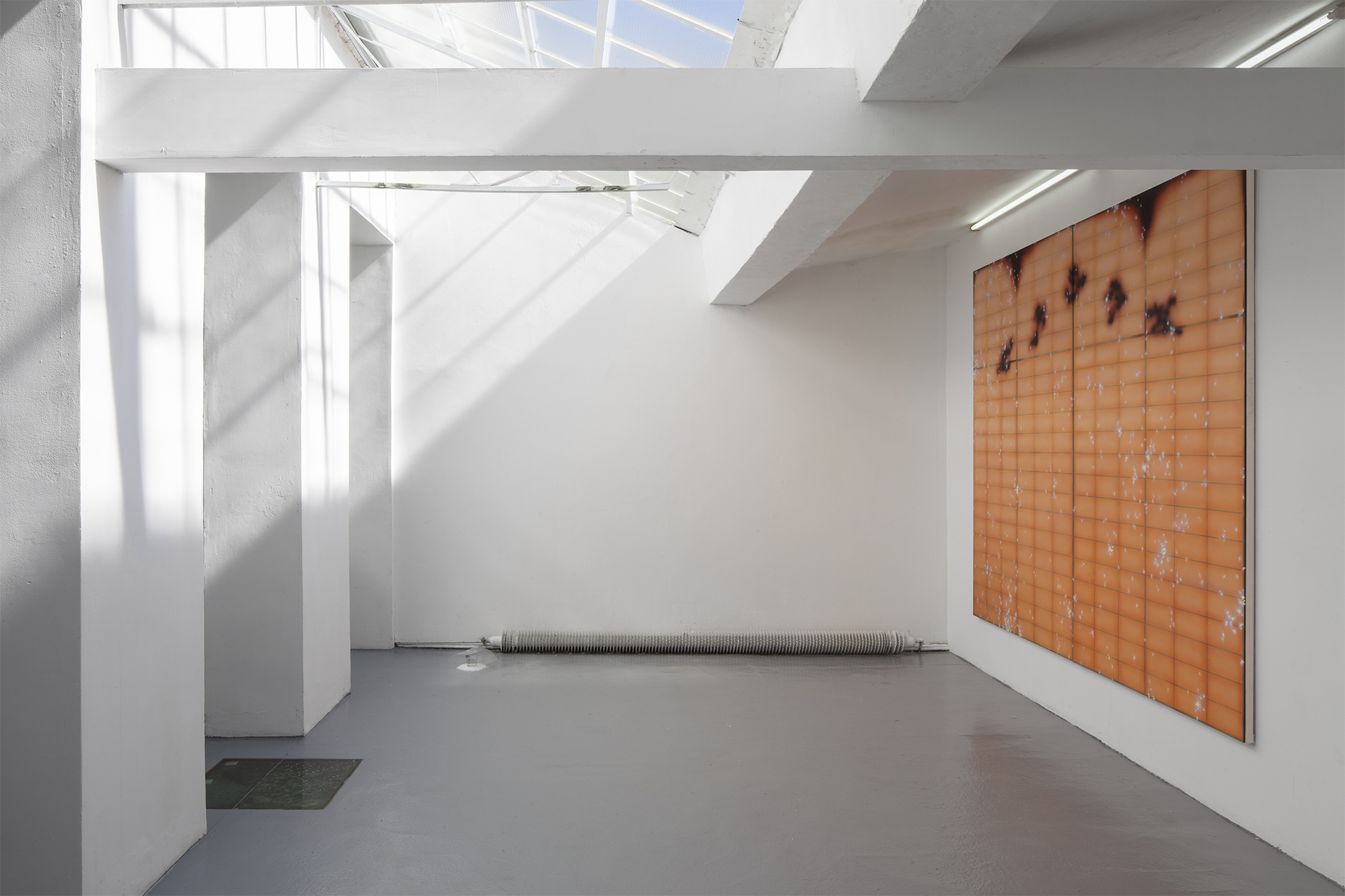 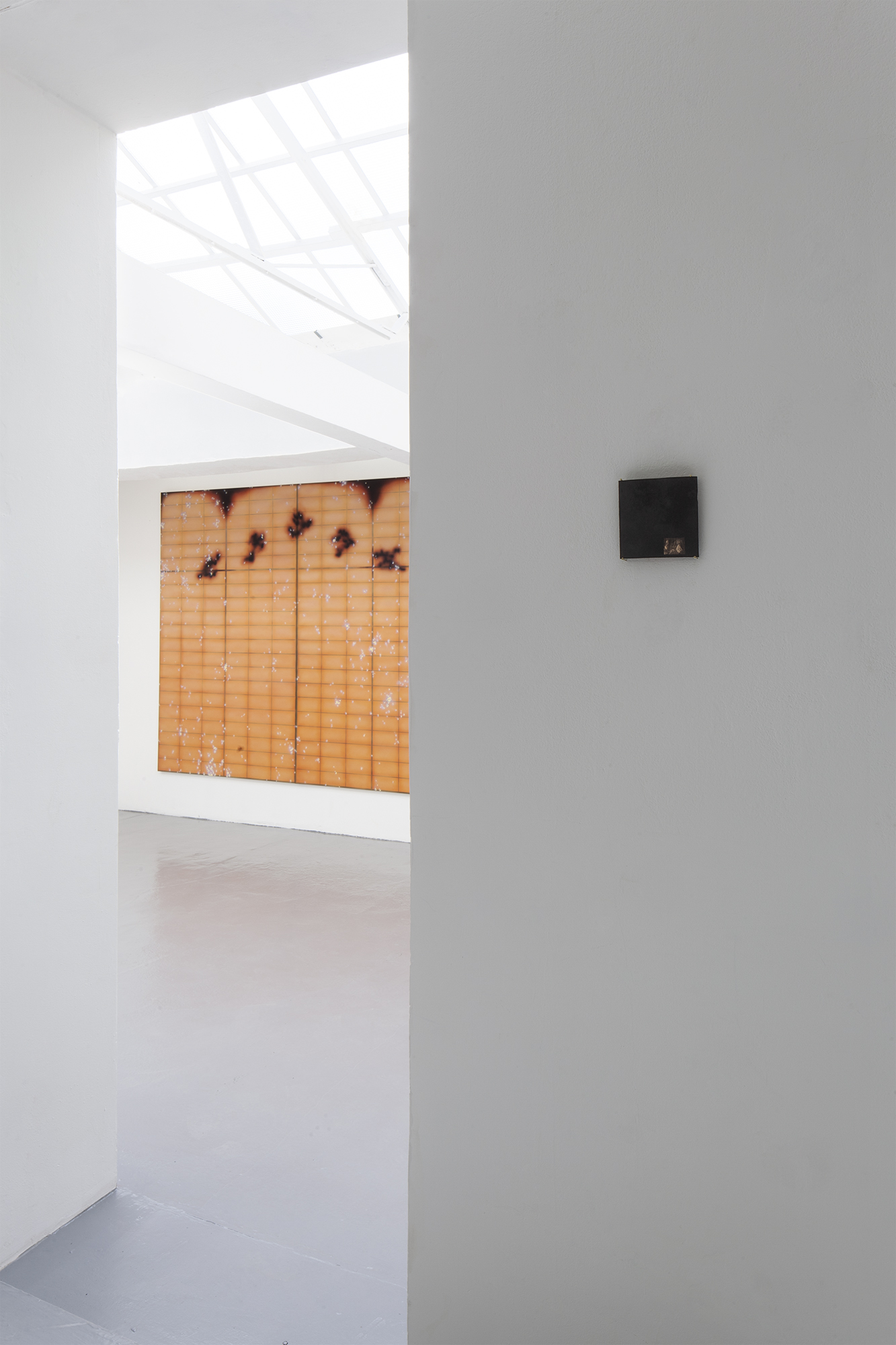 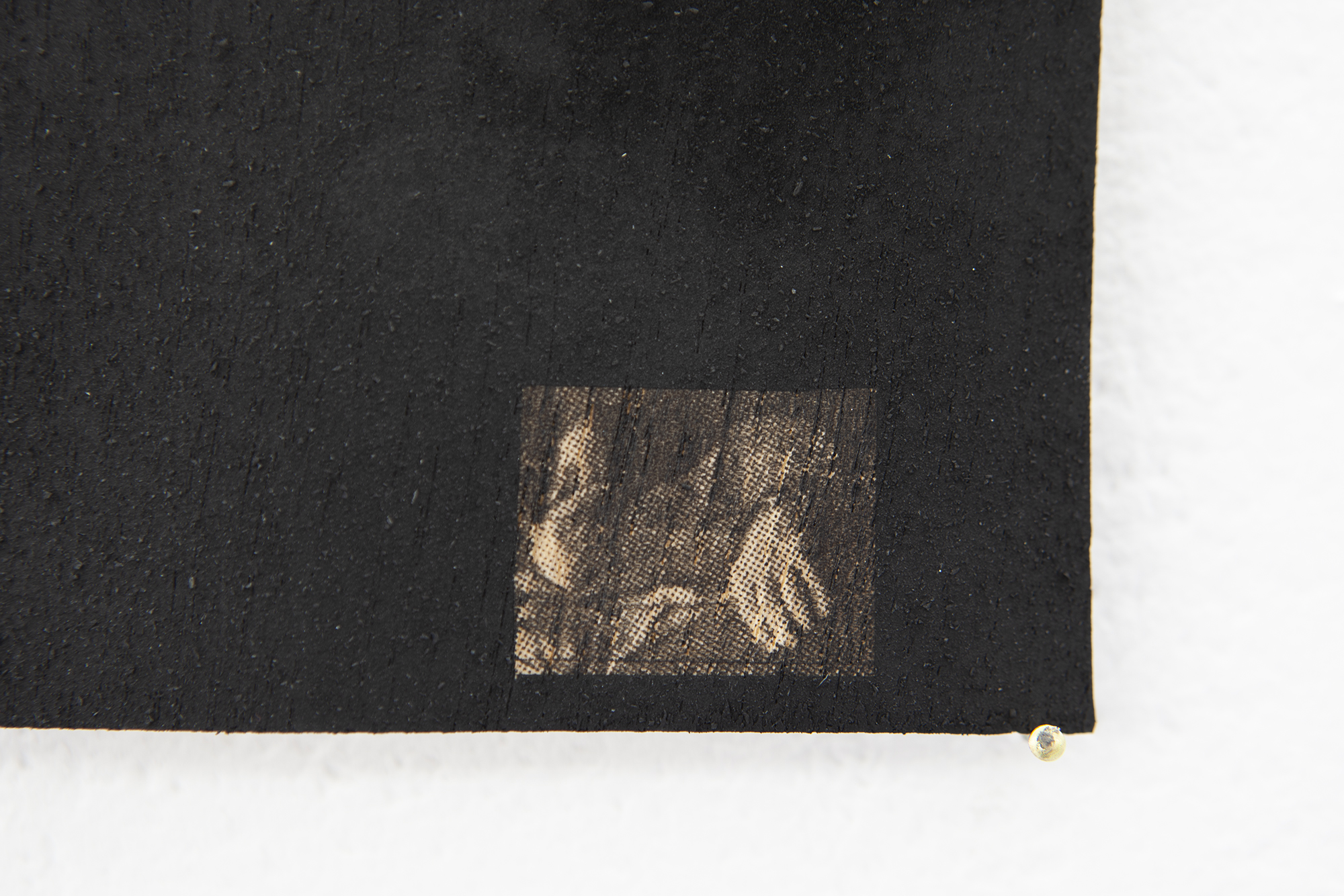 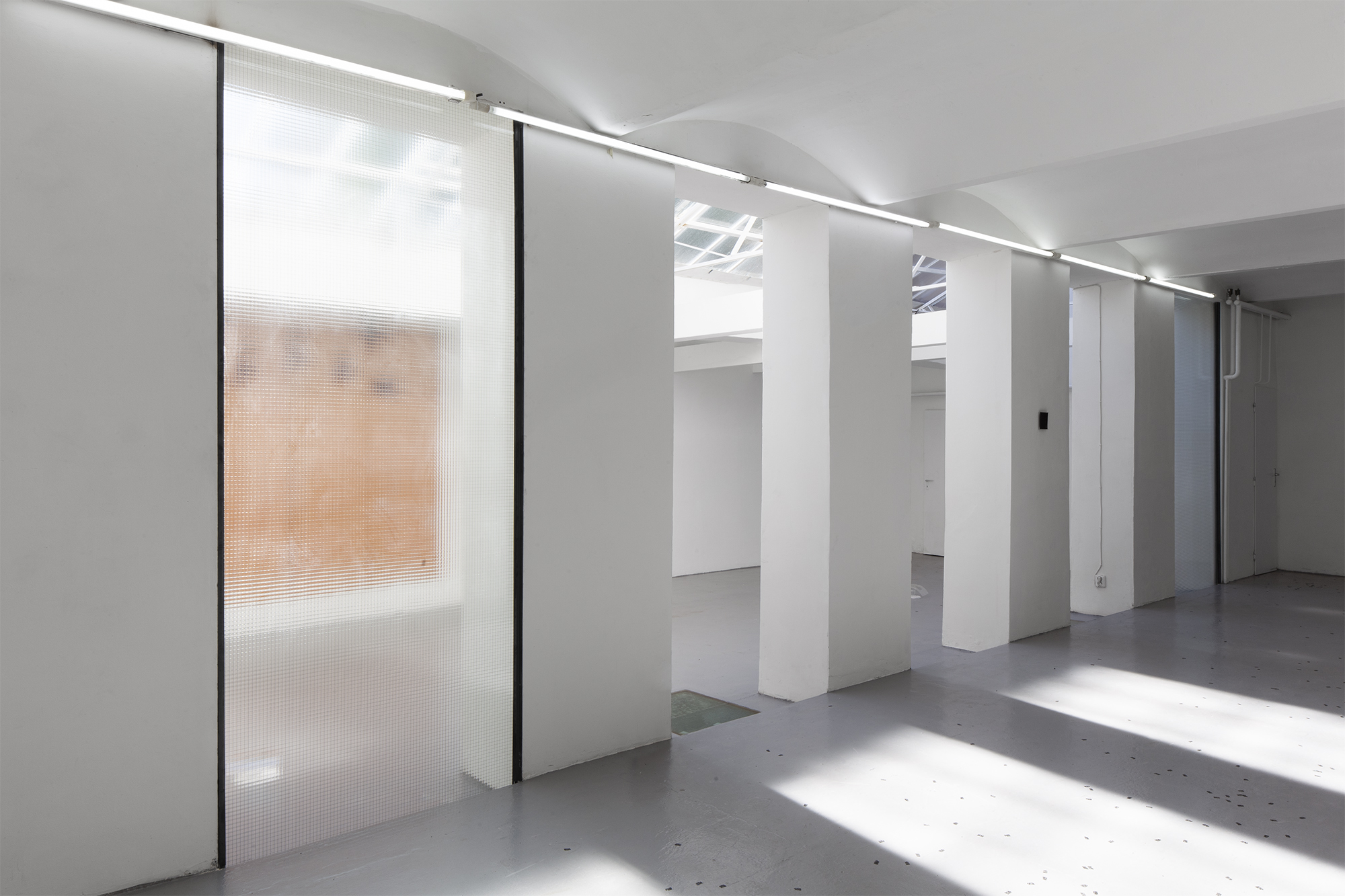 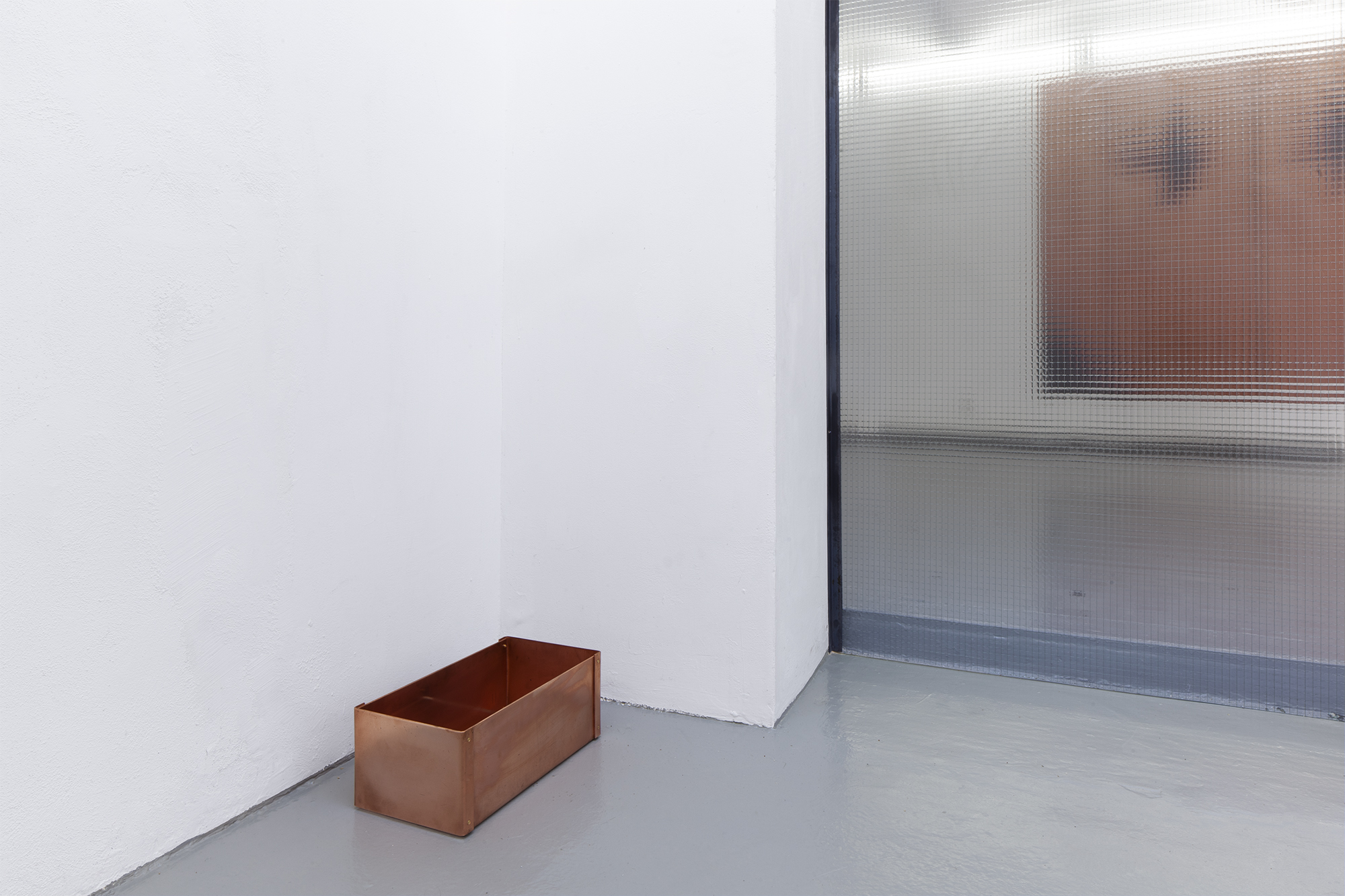 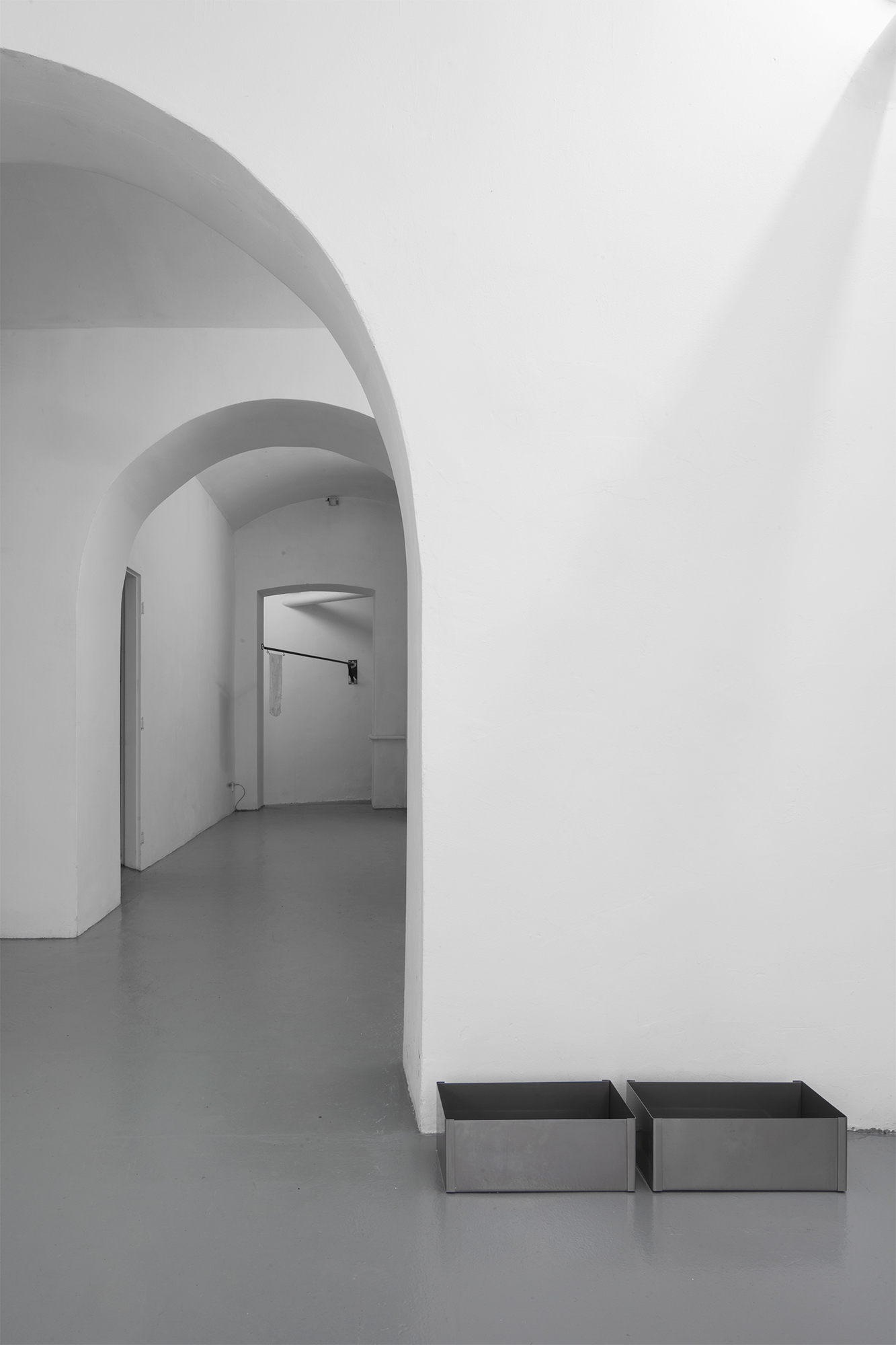 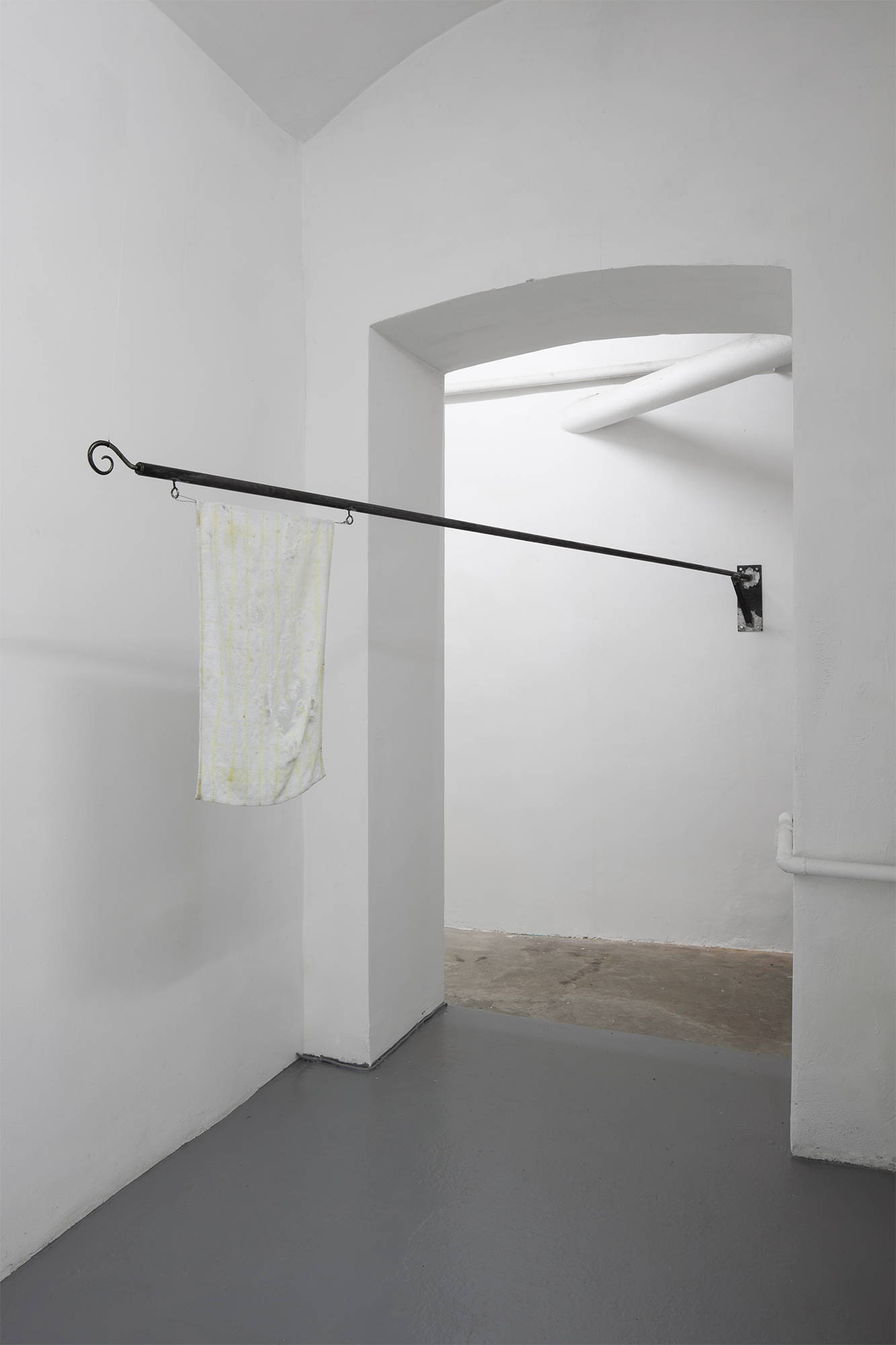 The Anathema Of The Half Mast In A Tragic Play Of Mirrors, 2021 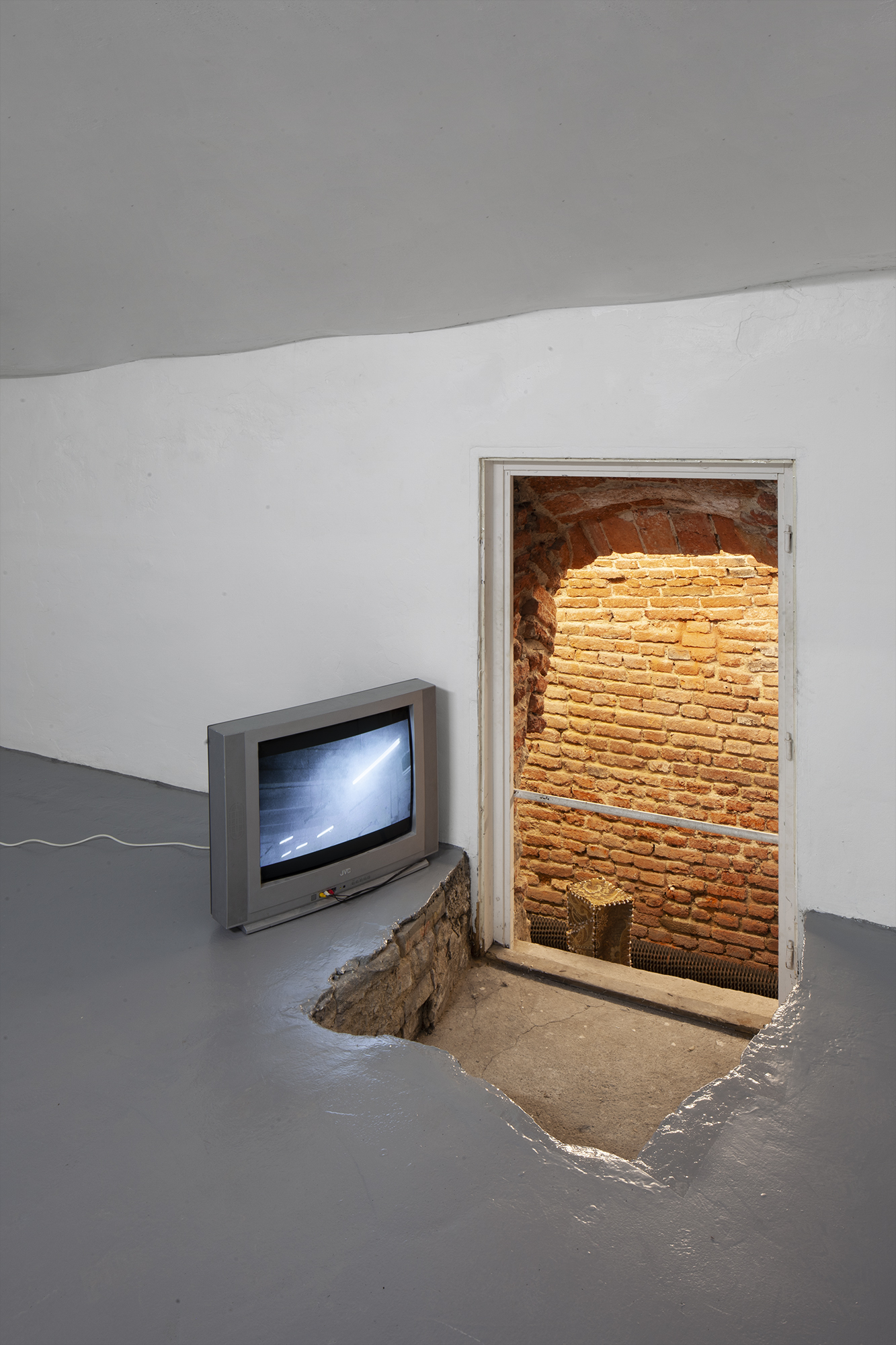 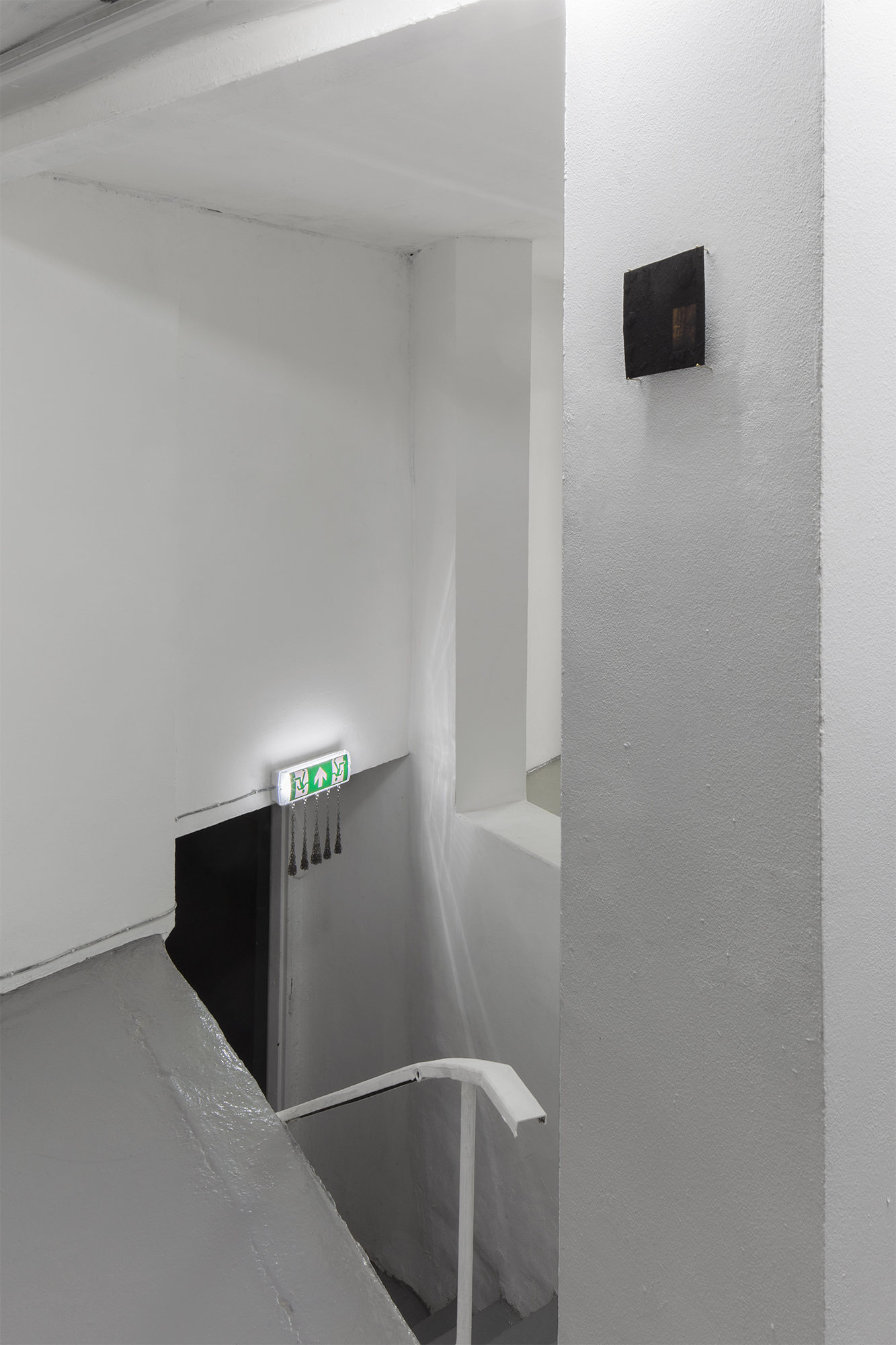 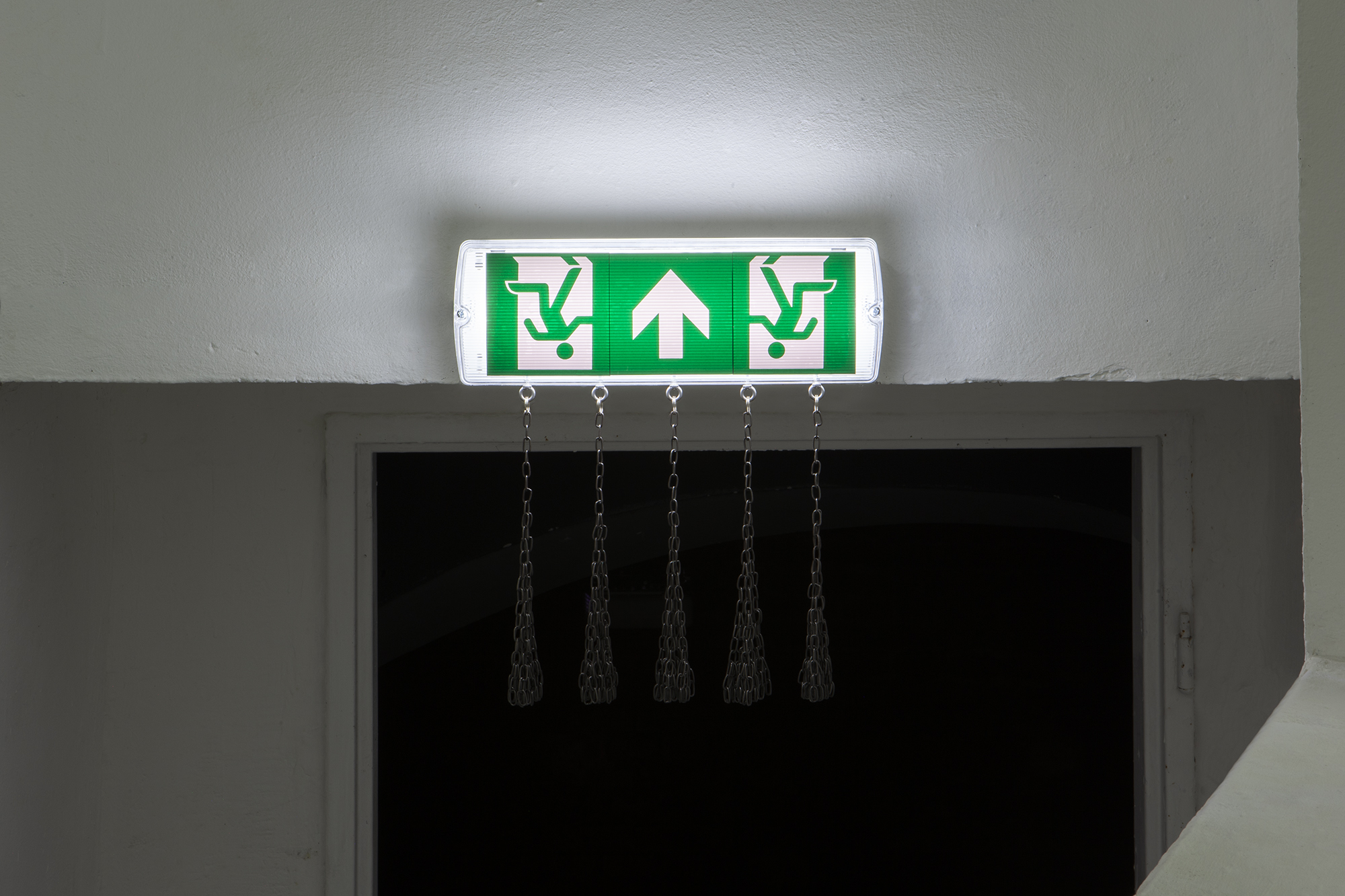 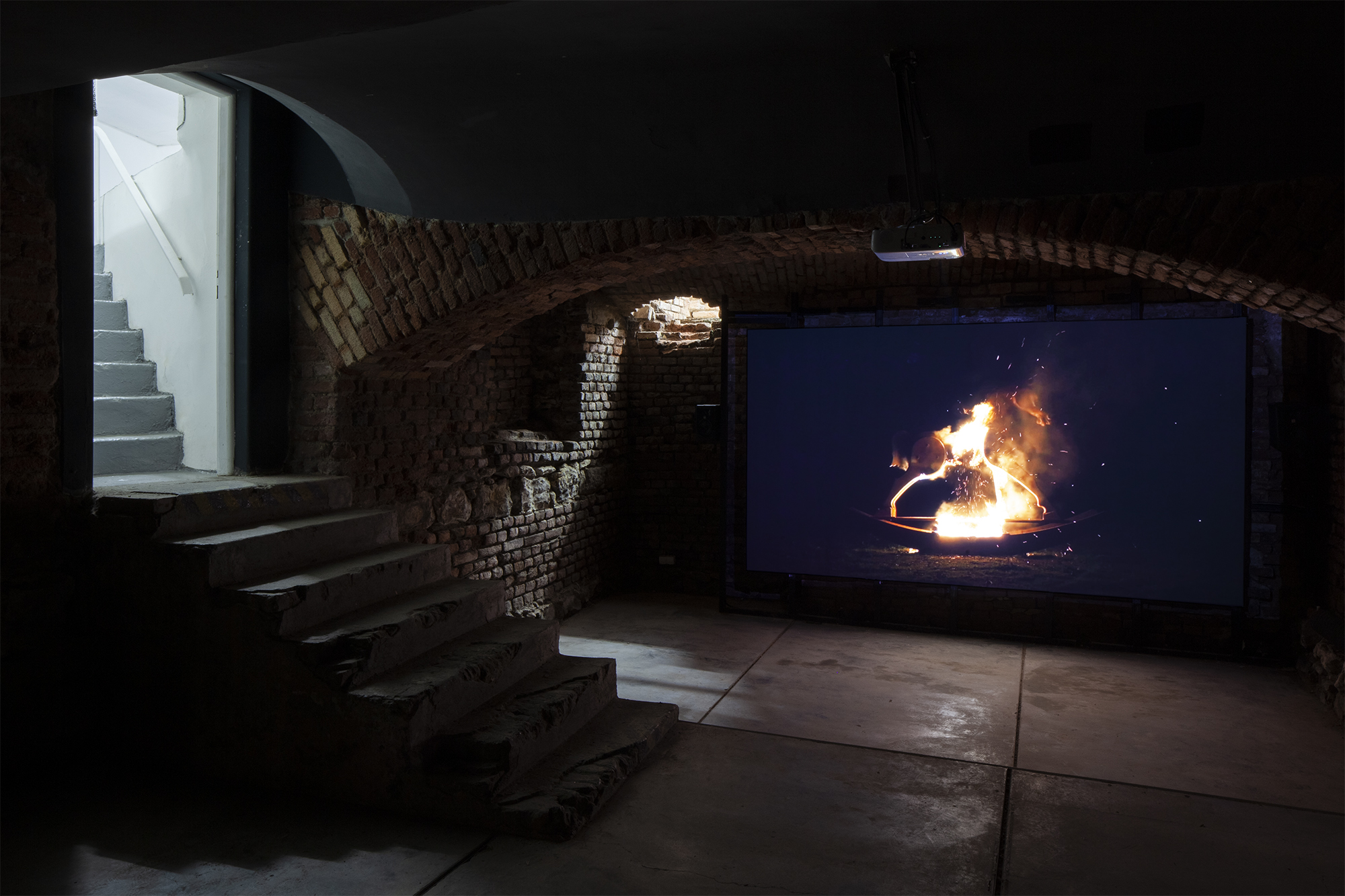 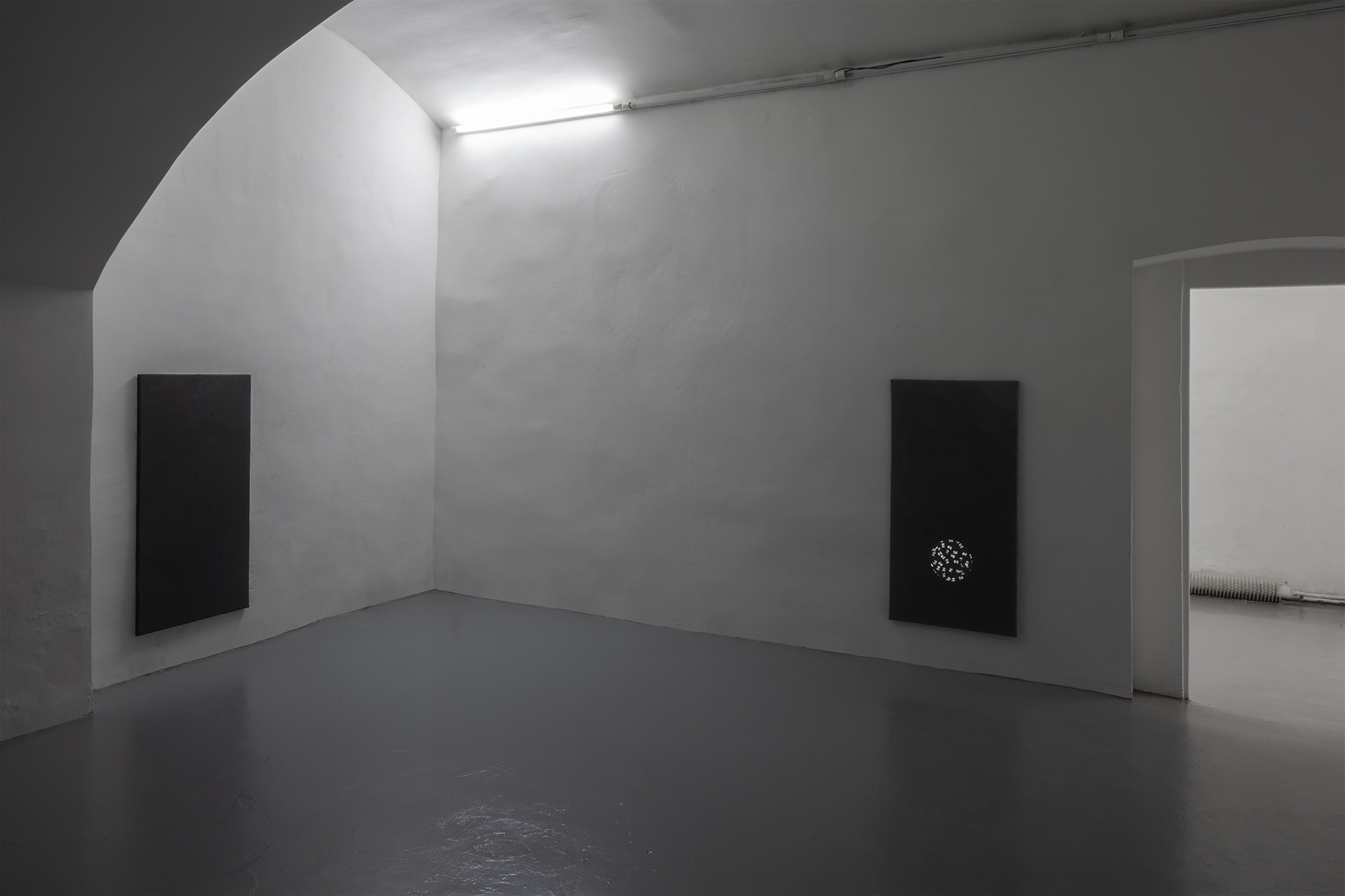 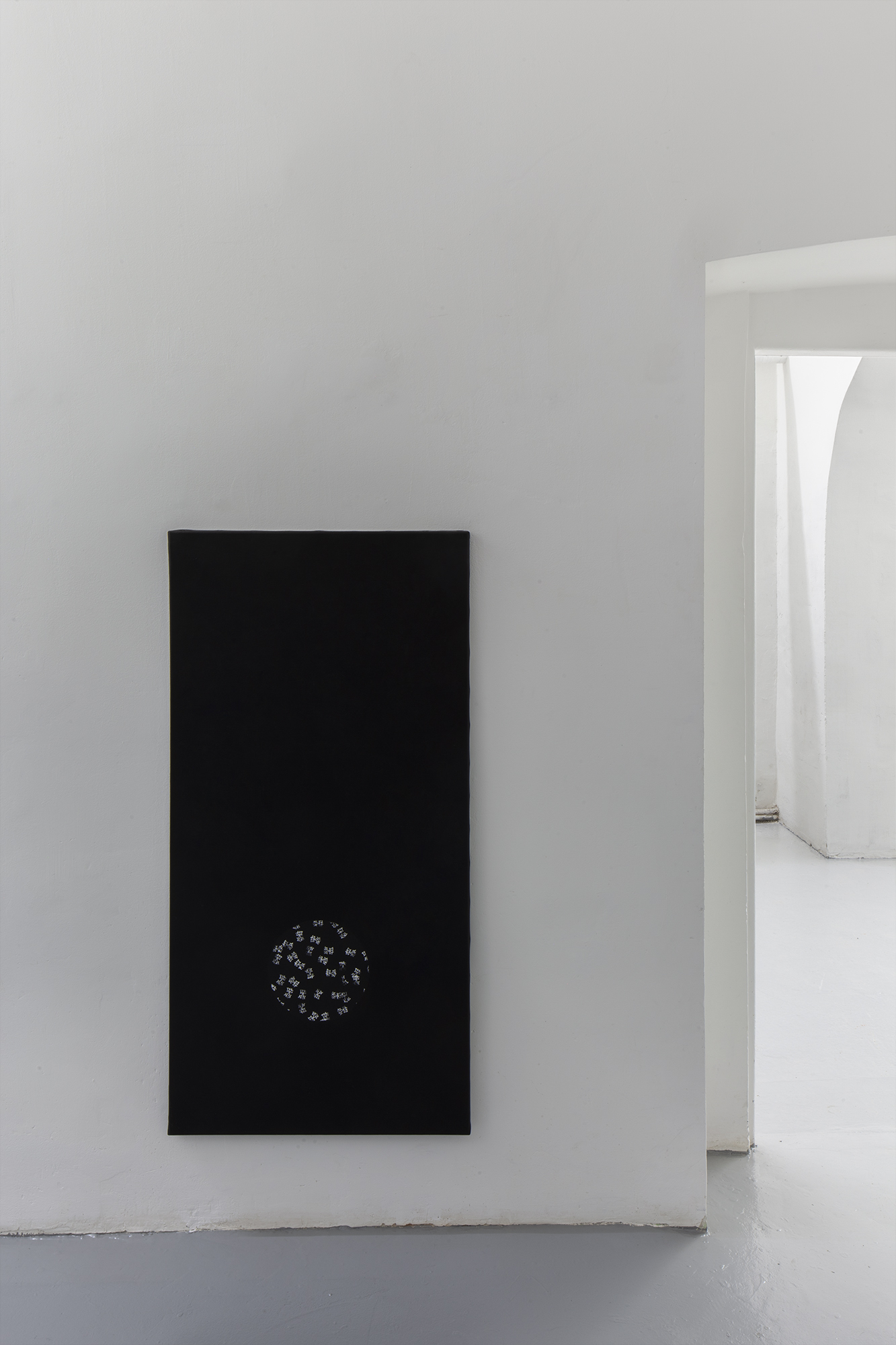 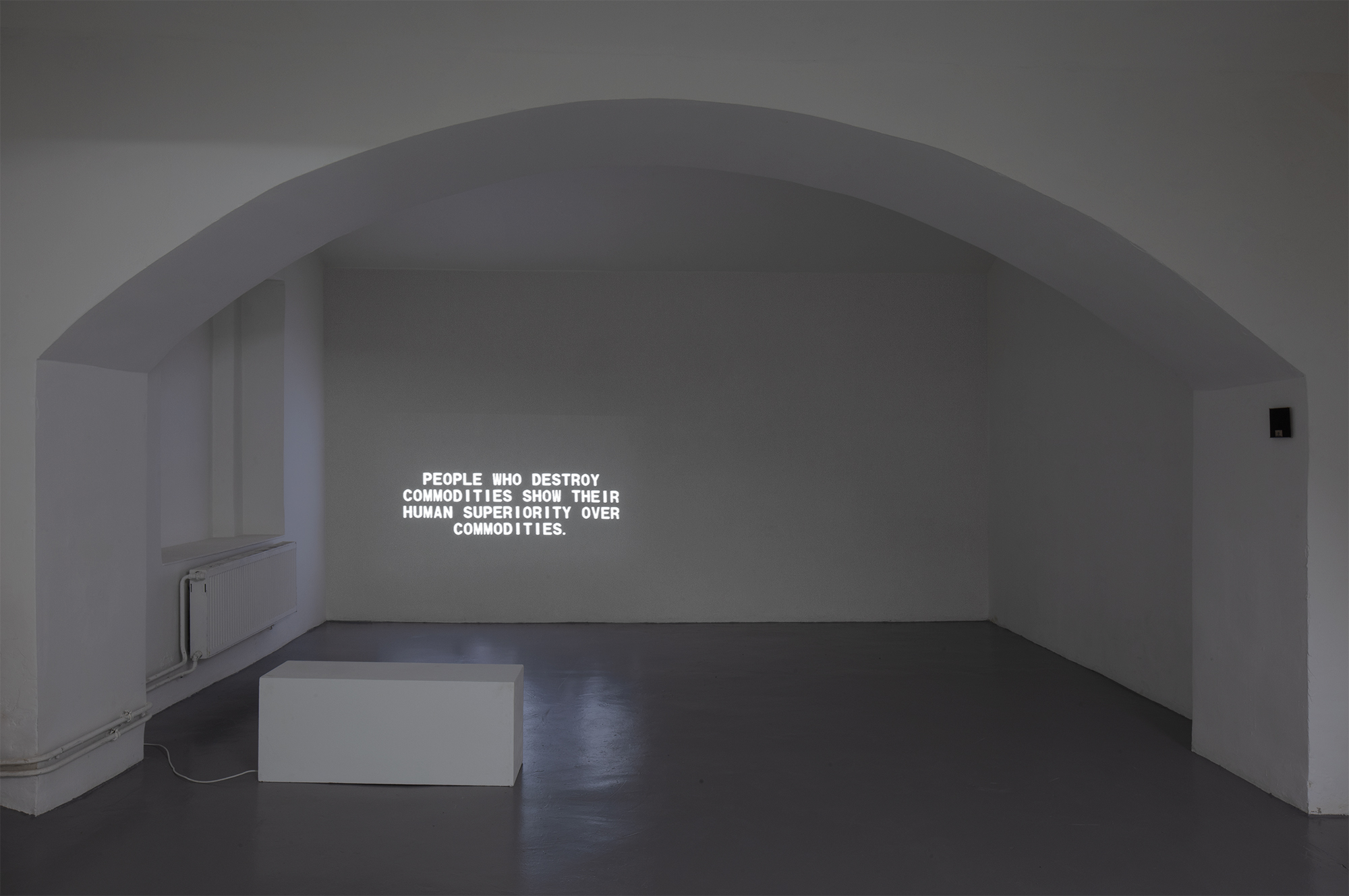 It all came about through the memory of an image, that of a photograph taken by my father of the Piton de la Fournaise (a volcano on the Reunion Island, land colonised by France in the Indian Ocean now French territory). Eric, my father, used to work for the French air force as a photographer. We lived on the Reunion Island for two years between 1999 and 2001, with my mum and three brothers. Right at the turn of the century. The photograph taken by my father, of the volcano erupting, is the only recollection I have of the images he produced in the context of his job for the army. I remember that he was so proud of it that he got it developed and printed in a large format (maybe it was even somehow “exhibited” at ours for some time).

Today this photograph is now partially lost. Like all of the photographs he produced for the air force, they belong to the French state and are most likely housed within the ECPAD (Etablissement de Communication et de Production Audiovisuelle de la Défense) in Ivry (in the suburbs of Paris), which archives all material (sound / video / image) produced by the French armies.

On the evening of November 5, 2020, as we were entering the second lockdown in France, I watched (online), the mesmerising video-essay Burning House / Burning Horse by Ella Finer (commissioned and streamed by Almanac), which is now part of Governmental Fires. Watching and listening to the video brought back to mind this photograph, and got me thinking about the medium of this memory (the photograph of an erupting volcano) kept by a state institution. This all led me to consider the relationship between fire, images and governmentality at a broader level.

I was quickly prompted to think about the way governments “owned” fires and the right to set fire, or simply “fire at” people, while at the same time criminalising the use of fires “against” state forces, or any forms of commodities. This probably intersected with the many flames surrounding us. I was still affected by the Grenfell Tower fire, but also appalled by the way Bolsonaro was dismissing the Brazilian rainforest deforestation, and disempowered by the media-treatment of anti-racist demonstrations. Some words featured in Tony Cokes’ Black Celebration (1988), which I had seen for the first time at the Berlin Biennial back in 2018, came back to me. I’m here transcribing a longer passage of Guy Debord’s “The Decline and Fall of the Spectacle-Commmodity Economy” (1965) whose excerpts are used in Cokes’ video:

“The flames of Watts consummated the system of consumption. The theft of large refrigerators by people with no electricity, or with their electricity cut off, is the best image of the lie of affluence transformed into a truth in play. Once it is no longer bought, the commodity lies open to criticism and alteration, whatever particular form it may take. Only when it is paid for with money is it respected as an admirable fetish, as a symbol of status within the world of survival.

Looting is a natural response to the unnatural and inhuman society of commodity abundance. It instantly undermines the commodity as such, and it also exposes what the commodity ultimately implies: the army, the police and the other specialized detachments of the state’s monopoly of armed violence. What is a policeman? He is the active servant of the commodity […]”

It's a lot to take so maybe just get back to it once more and then breathe a little. [Ok]

Conceiving Governmental Fires – which might inscribe itself into a longer research project around those issues – I was basically interested in dealing with the idea of fire as a medium, a tool that could be used against state power, but also by ways we could protect ourselves from governmental fires. A lot has to do with the ashes of our memory as well, I would say. It is filled with paradoxes because, what the hell does it mean to talk about fire in a space as sanitised as an art center / gallery. It’s a question I am still asking myself. The answer might be in the physicality of the show itself, which I would like to dive into now.

You’ll notice it soon enough, a lot of the show happens at low level. Several gestures (Monika Kazi, Oliver Tirré, Kevin Desbouis, Rhea Dillon), have that relationship to the floor that might hint at the necessity to bow down and crawl when having to escape fire-enticed smoke. The consideration of height in the exhibition is not coincidental. The main argument for this might be Rhea Dillon’s flag (The Anathema Of the Half Mast in a Tragic Play of Mirrors, 2021), specifically hung at 182,88cm which equates to 6 feet (for 6 feet under). The ground level is raised, as the work offers a reflection on the ones who are remembered and the ones that are forgotten in our collective memory. Who are the ones below? Who are the ones above? Which is not only asking who are the dead and the living, but also who are the ones about to die (closer to the ground), and the others. Who is more subject to governmental fires?

Those are also questions asked by Abbas Zahedi in his practice. The positioning of one of his modified EXIT signs in the exhibition as you are led to go (even more) underground actually has the potency to elevate you, thus operating a shift in gravitational forces, re-calibrating the ups and downs, the top and the bottom. This is maybe where the power of fire lies: since it can burn up as much as it can burn down. Then, it was manifest that Ella Finer’s video-essay Burning House / Burning Horse (2020), dealing primarily with the burning of the British Parliament from its undergrounds in October 1834, had to find itself in the very guts of Futura. It is somehow – and the analogy is quite risky – like placing a ticking bomb in the depths of the art center.

In the meantime, the exhibition also offers various reparative gestures and ways to protect yourself. This is more specifically made palpable through the four works dealing with glass and windows (Joshua Leon, Monika Kazi, Natacha Donzé and Kobby Adi). If Donzé’s paintings depict a conflagration of a structure made out of glass (the shattered dream of modernism), Adi’s wired safety glass operates as a barrier against the flames – so much so that, through them, Donzé’s flames turn into paintings, when the painting wanted to become flames –. It is also interesting to raise your eyes and notice that the glass used by Adi (a medium he used in previous works), actually is the same as the one that acts as ceiling at Futura: to point this out somehow goes against the work I would say, but I couldn’t help myself telling you.

Also because Joshua Leon’s practice makes me look at windows even more so than before. Engaged in a long-term ritual – now turned collective endeavour – consisting in reclaiming glass (through stolen drinking glasses), Leon’s work presented in Governmental Fires here displays the blueprints of windows destroyed during Kristallnacht in Vienna in the evening of the 9th of November 1938. His long-term project, consisting in remaking the broken windows, inscribes itself in a reparative gesture that echoes the work of Monika Kazi, delineating various personal memories of and with water, and whose water glasses – like holders of those memories – will surely make their ways into Leon’s glass collection.

As full containers, Kazi’s glasses are in stark contrast with Oliver Tirrés’ sculptures – seemingly empty – which operate as both archival device for a sound that would have been played within and speaker cases. They echo something now lost, and in that spirit turn the whole space into a potential nightclub, where a party would have taken place: Hansma’s laser and Cokes’ video seem to be part of the same club. One that burnt down after the last party, the riot.

And what’s left after the burn? Kevin Desbouis’ paintings themselves come across like calcinated pieces (and turned off screens), and his Boys (2021) confettis are scattered on the floor like ashes (a gender reveal party which would have turned into pyromaniac frenzy). There are also the fallen teeth – one of the only components of the body that can survive severe fires – from Rhea Dillon’s Stom(a)trophy (2021), a direct reference to George Washington’s sets of teeth, partially made out of teeth from enslaved people. Olu Ogunnaike’s charcoal prints (whose imagery he borrows from a selection of photographs made by myself on the public archive of the ECPAD’s website referenced under the word “FEU” – fire in French –), play with the gap between national and personal archive, in a format that reminds that of the postcard.

Punctuating the exhibition like “keys”, they open as much as they close the images used. Floating, they hope to leave the space as soon as possible, make an exit. Run. To escape the last governmental fires.