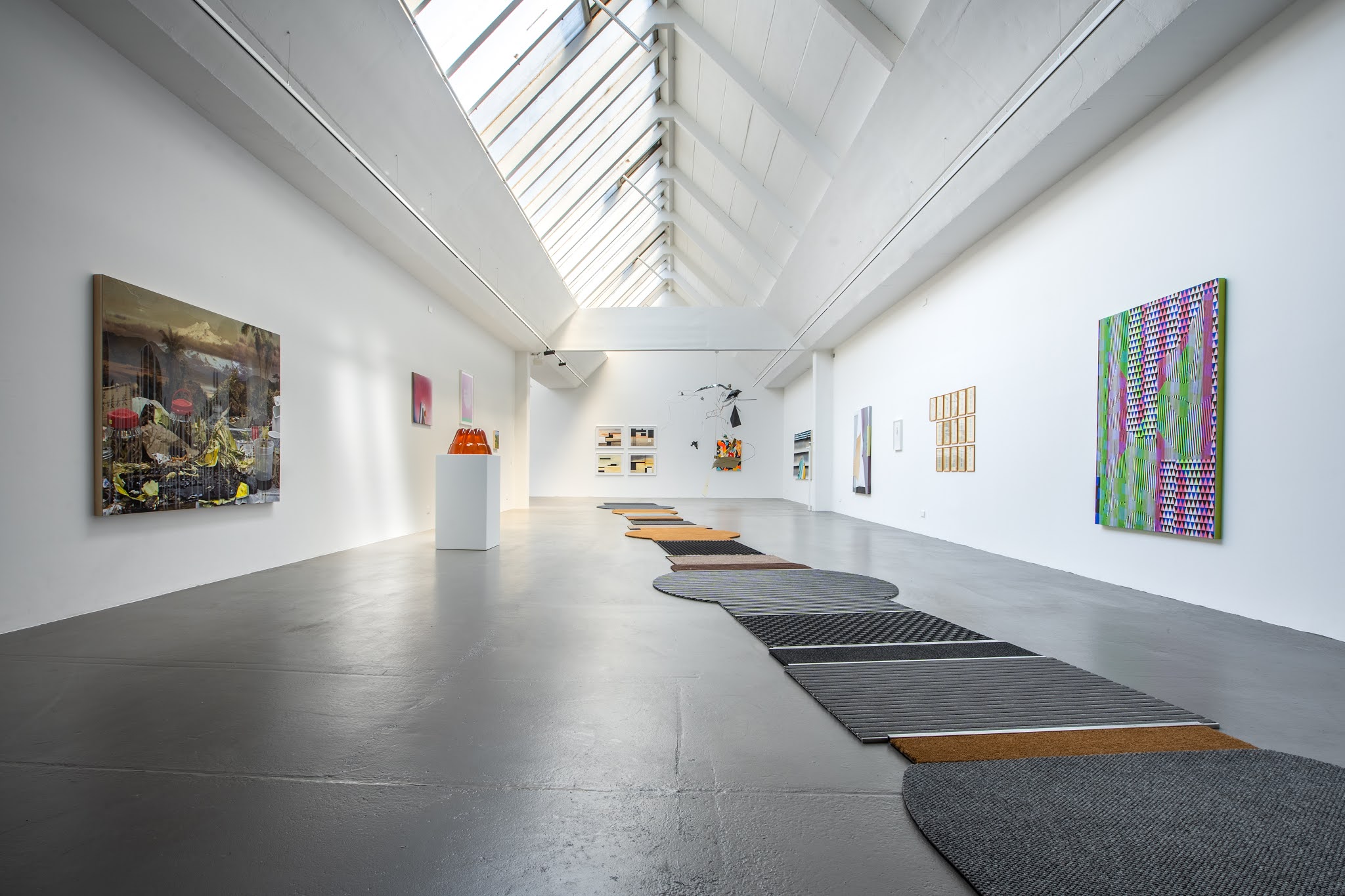 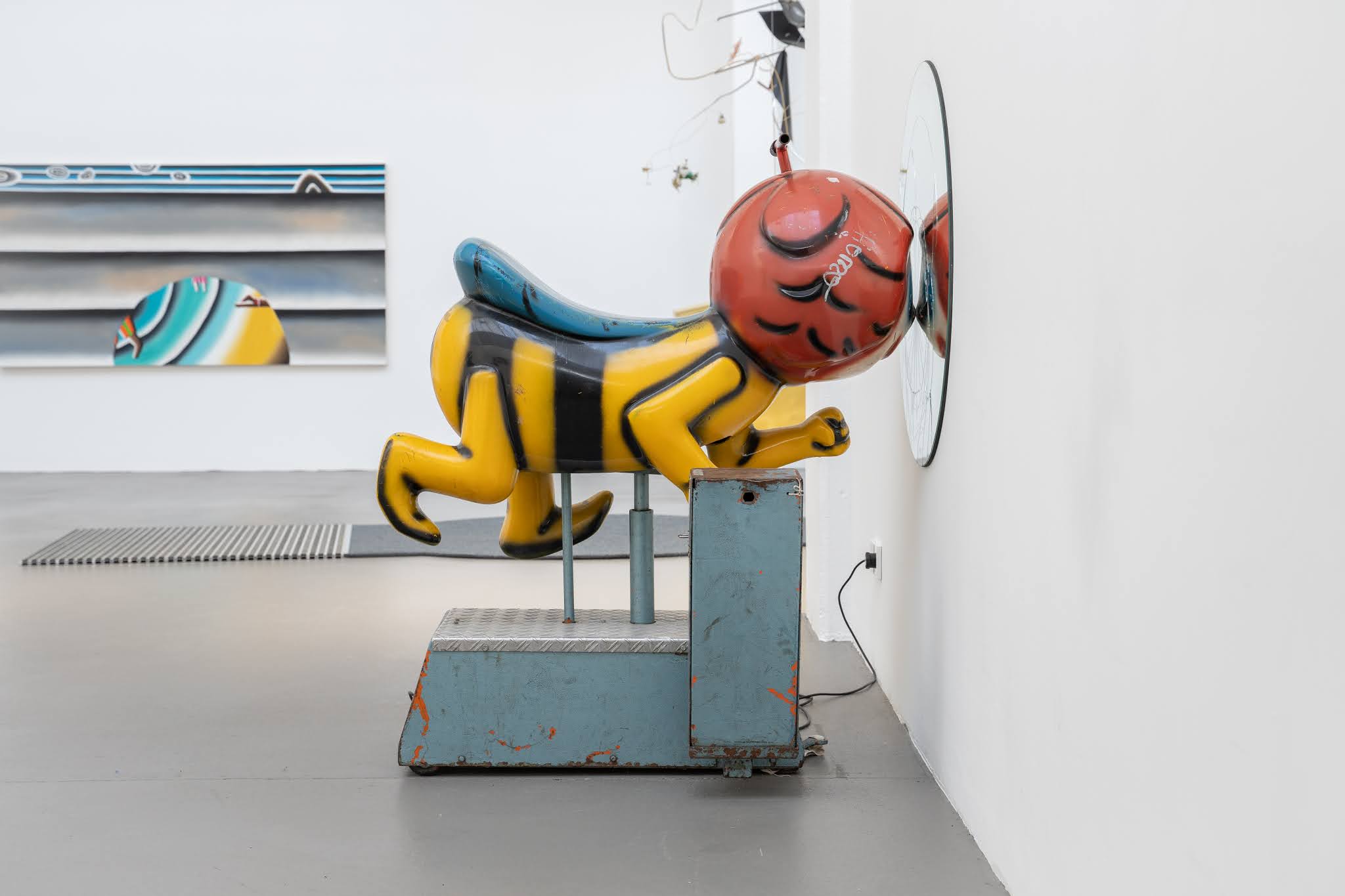 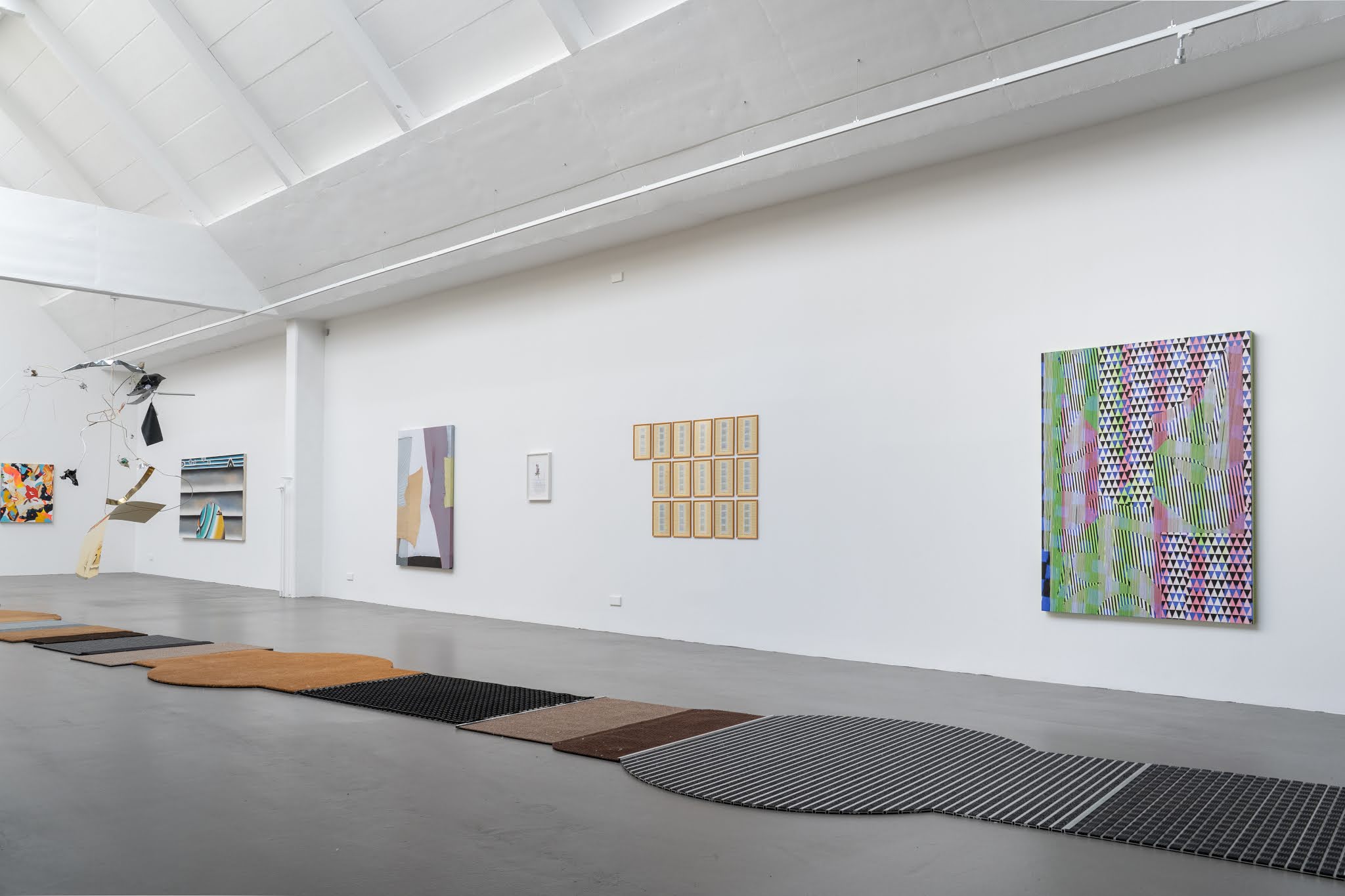 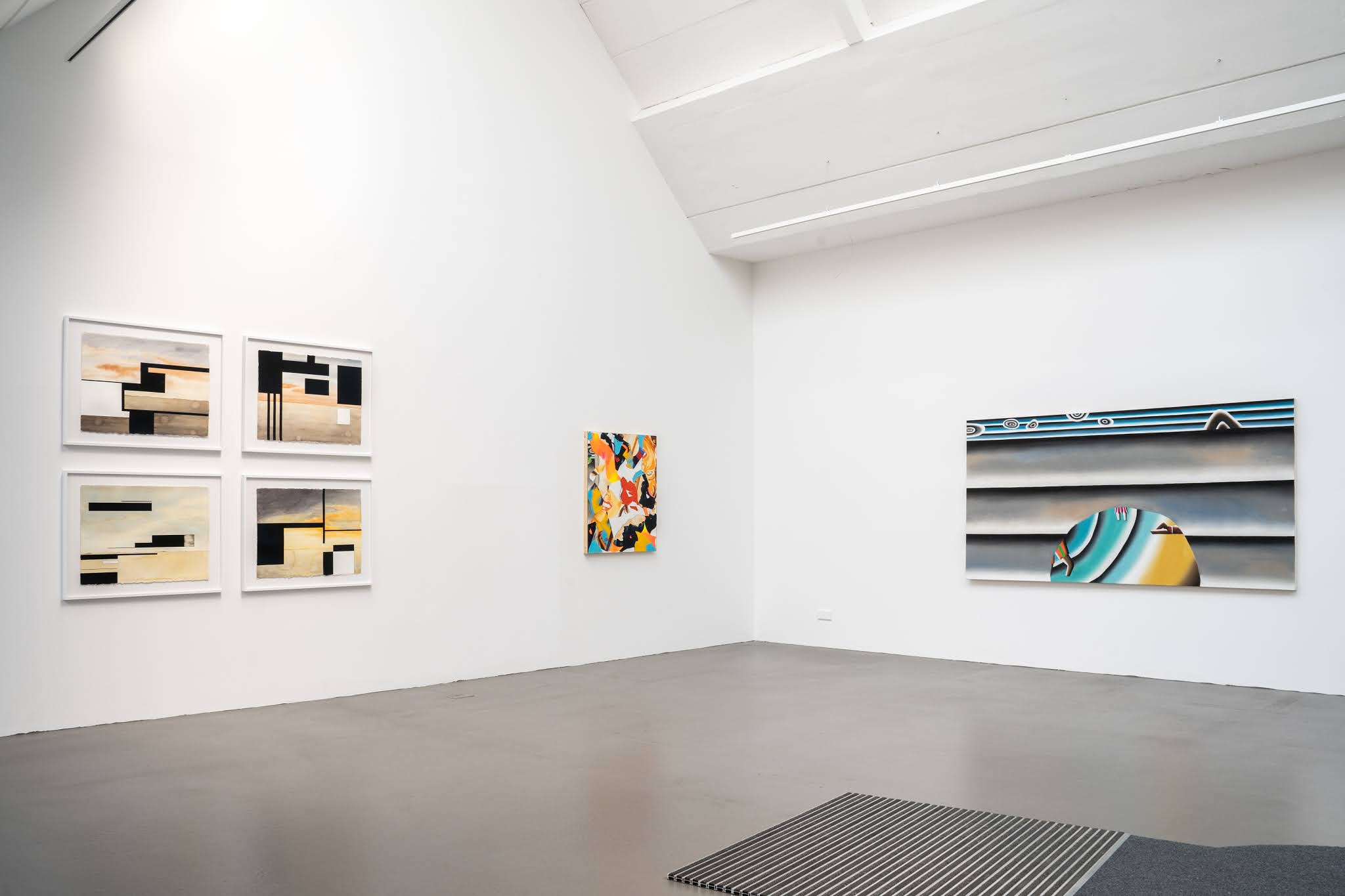 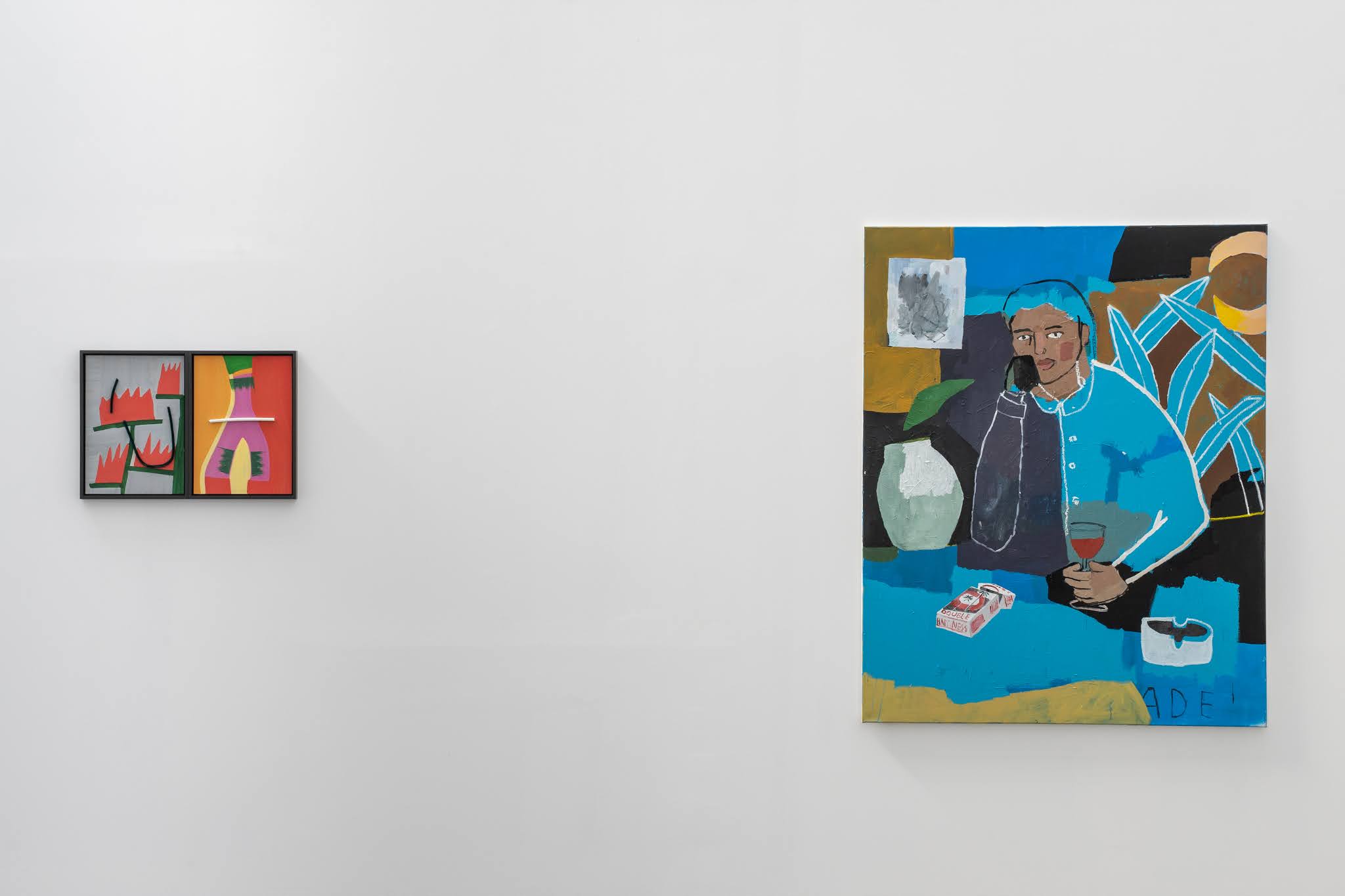 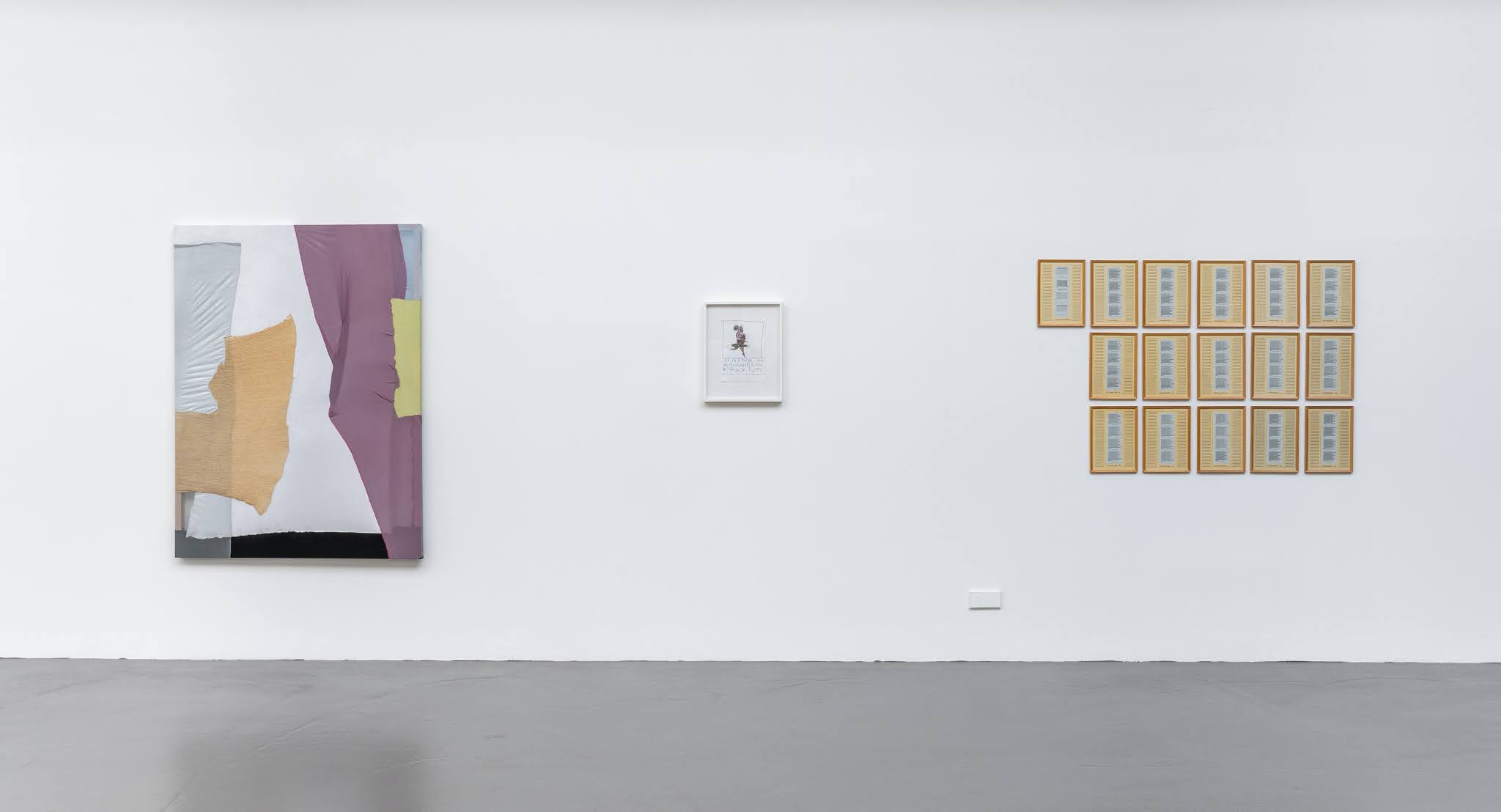 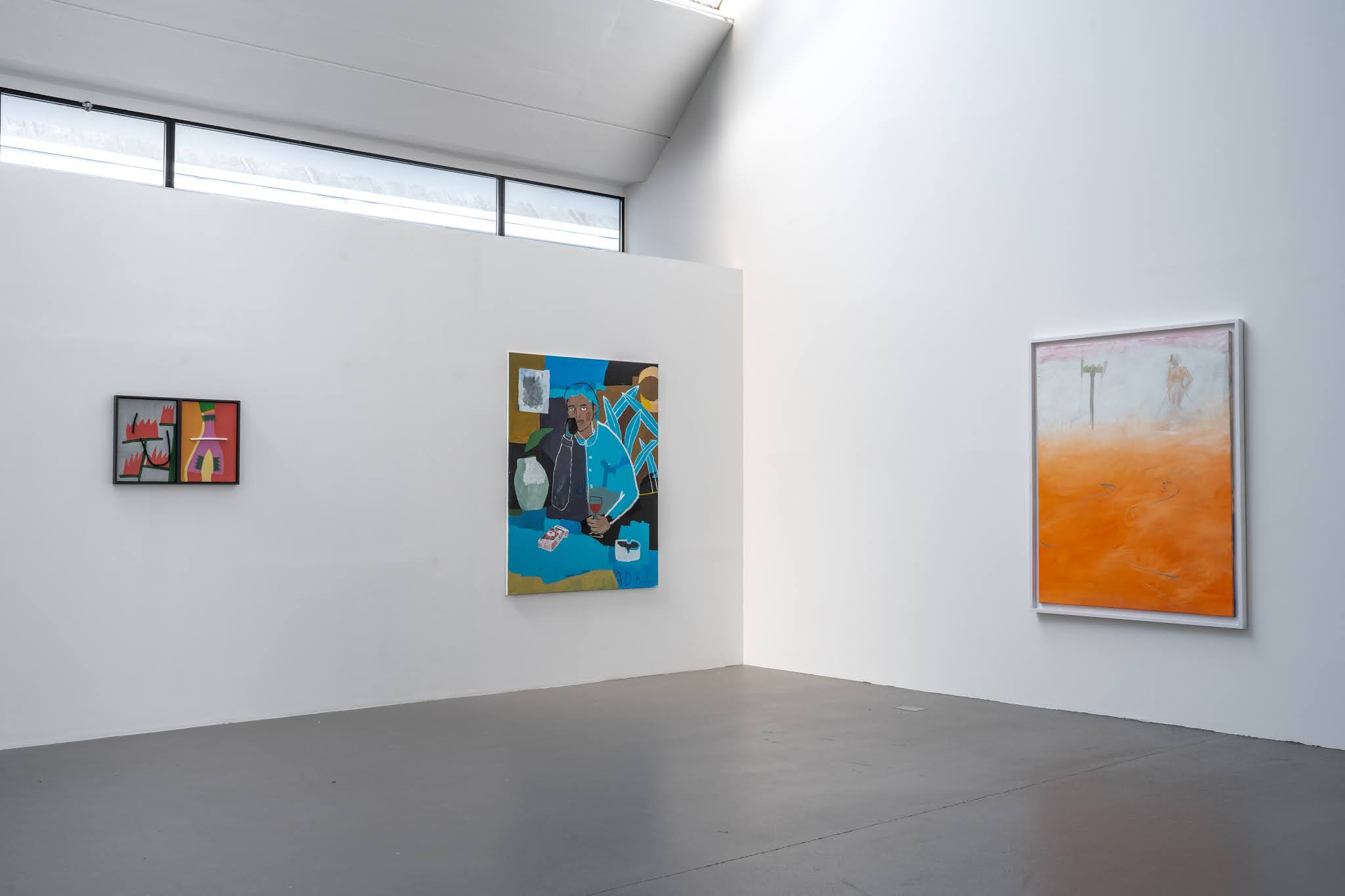 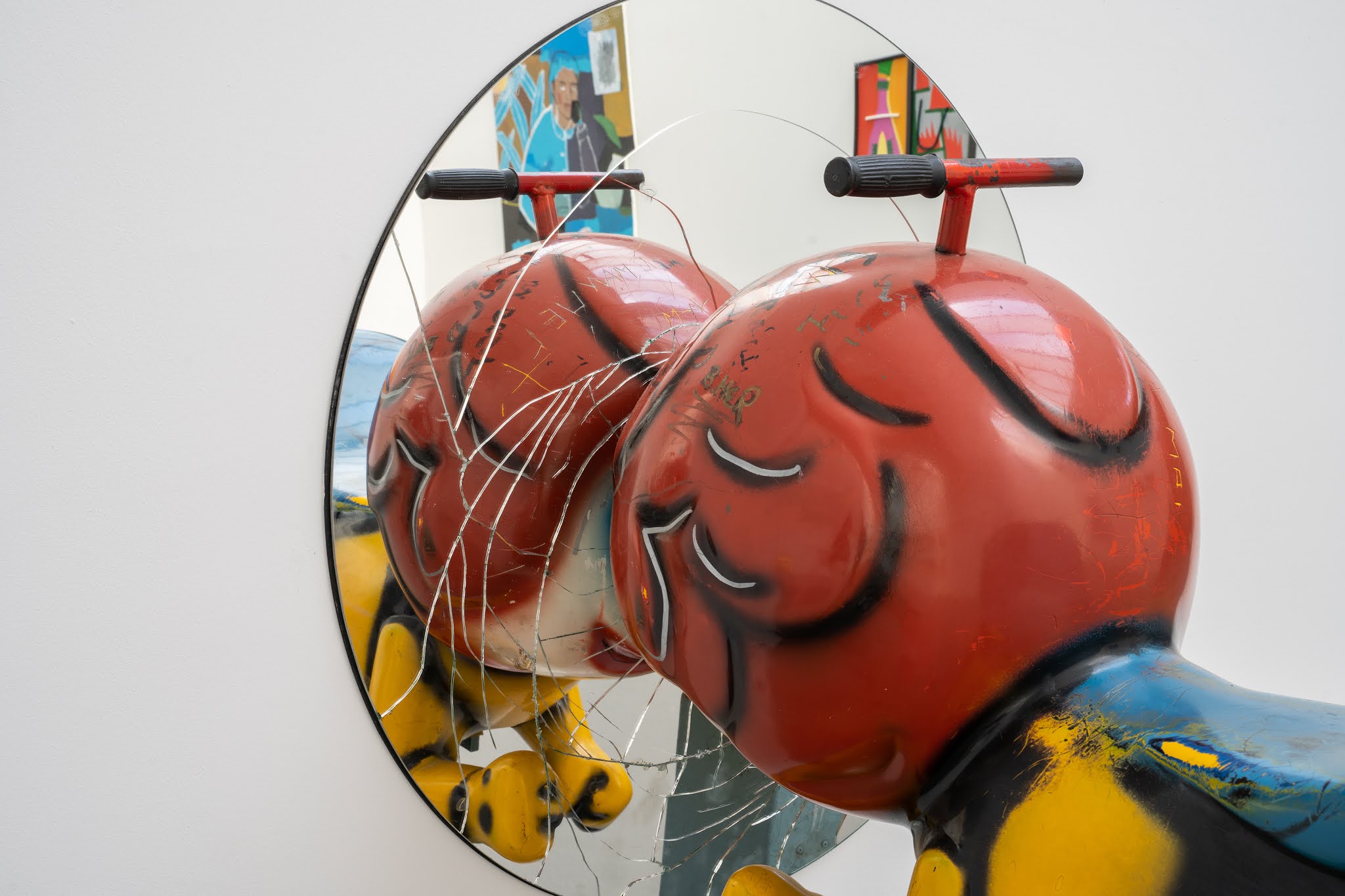 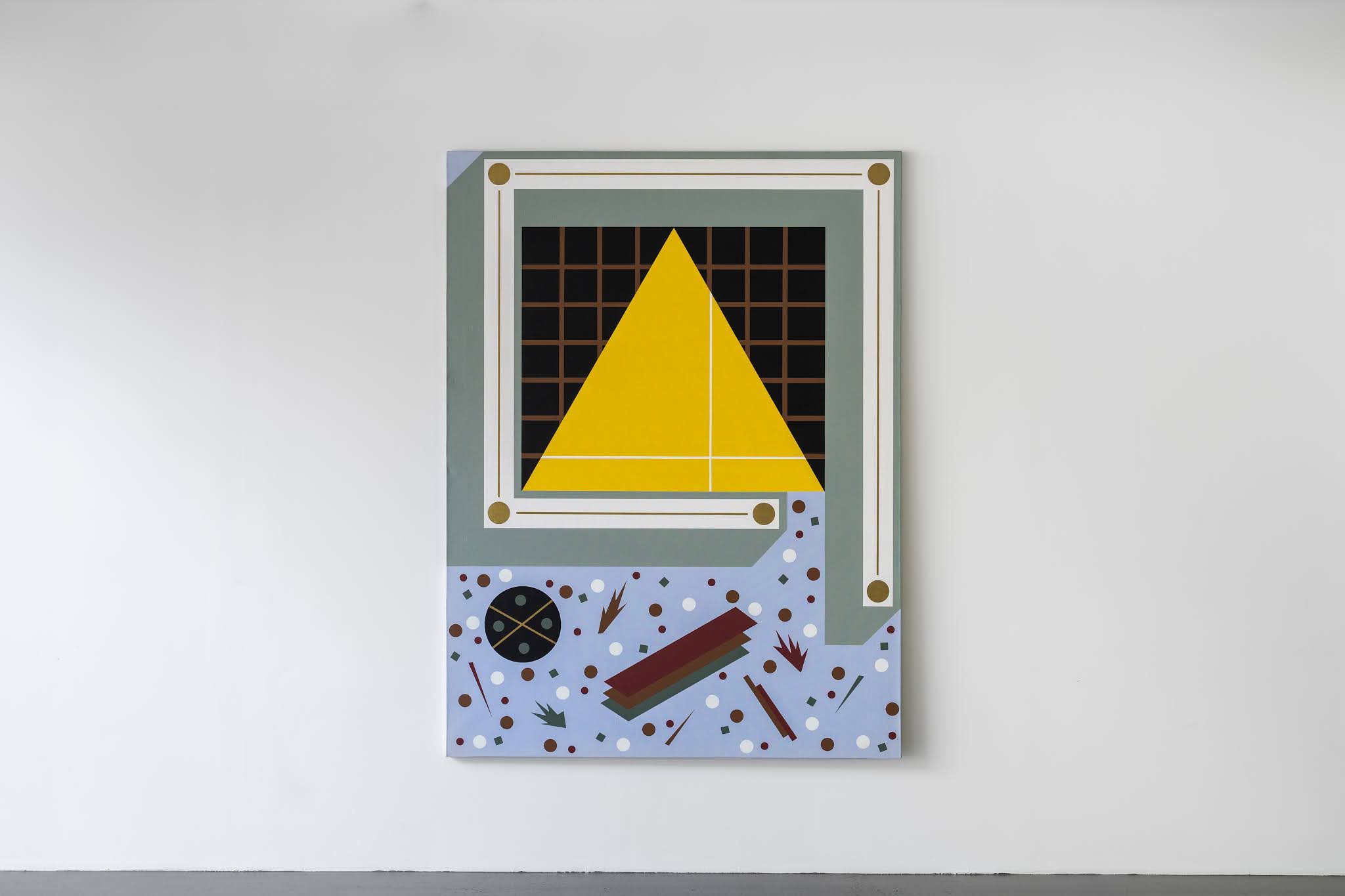 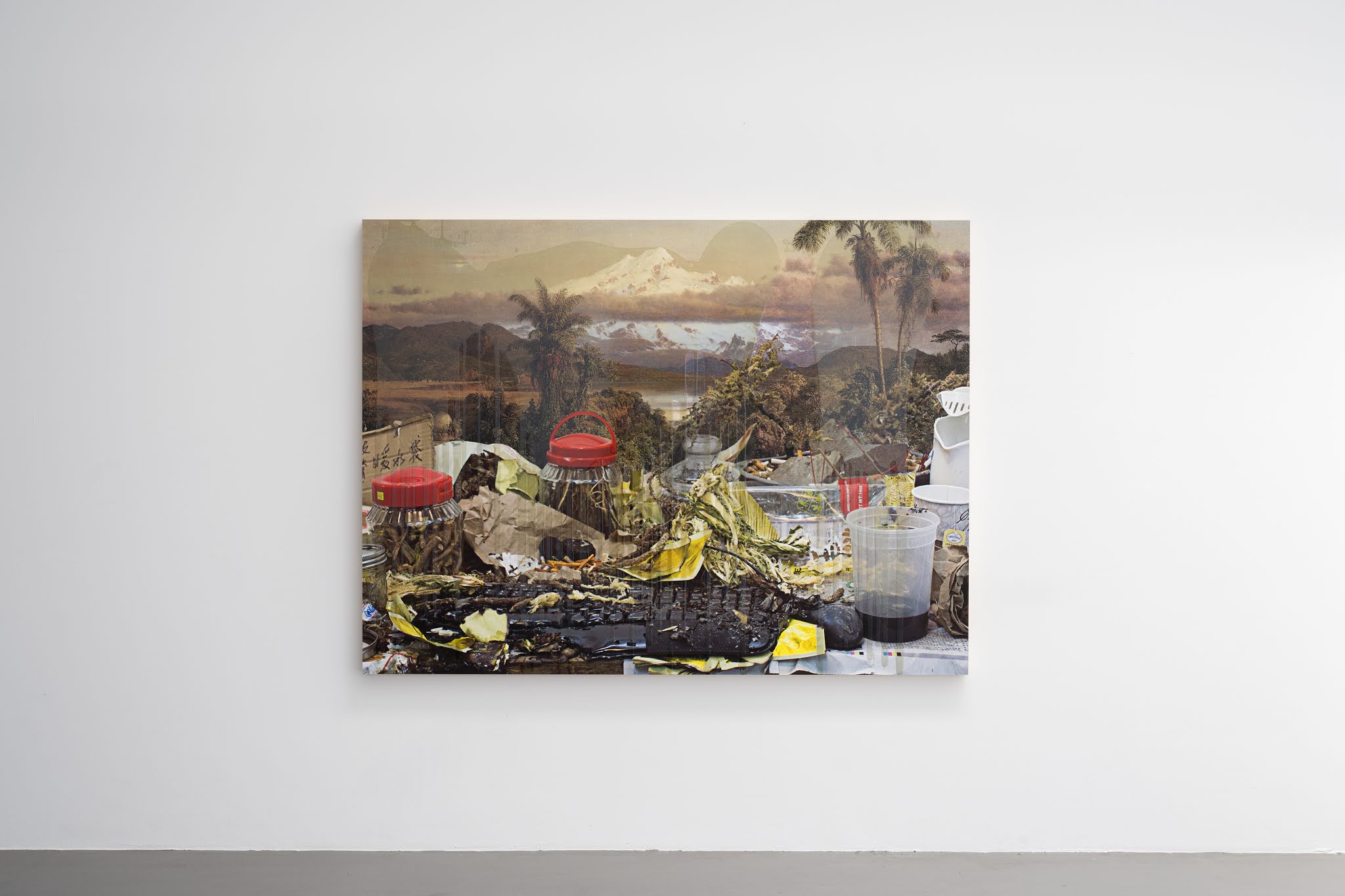 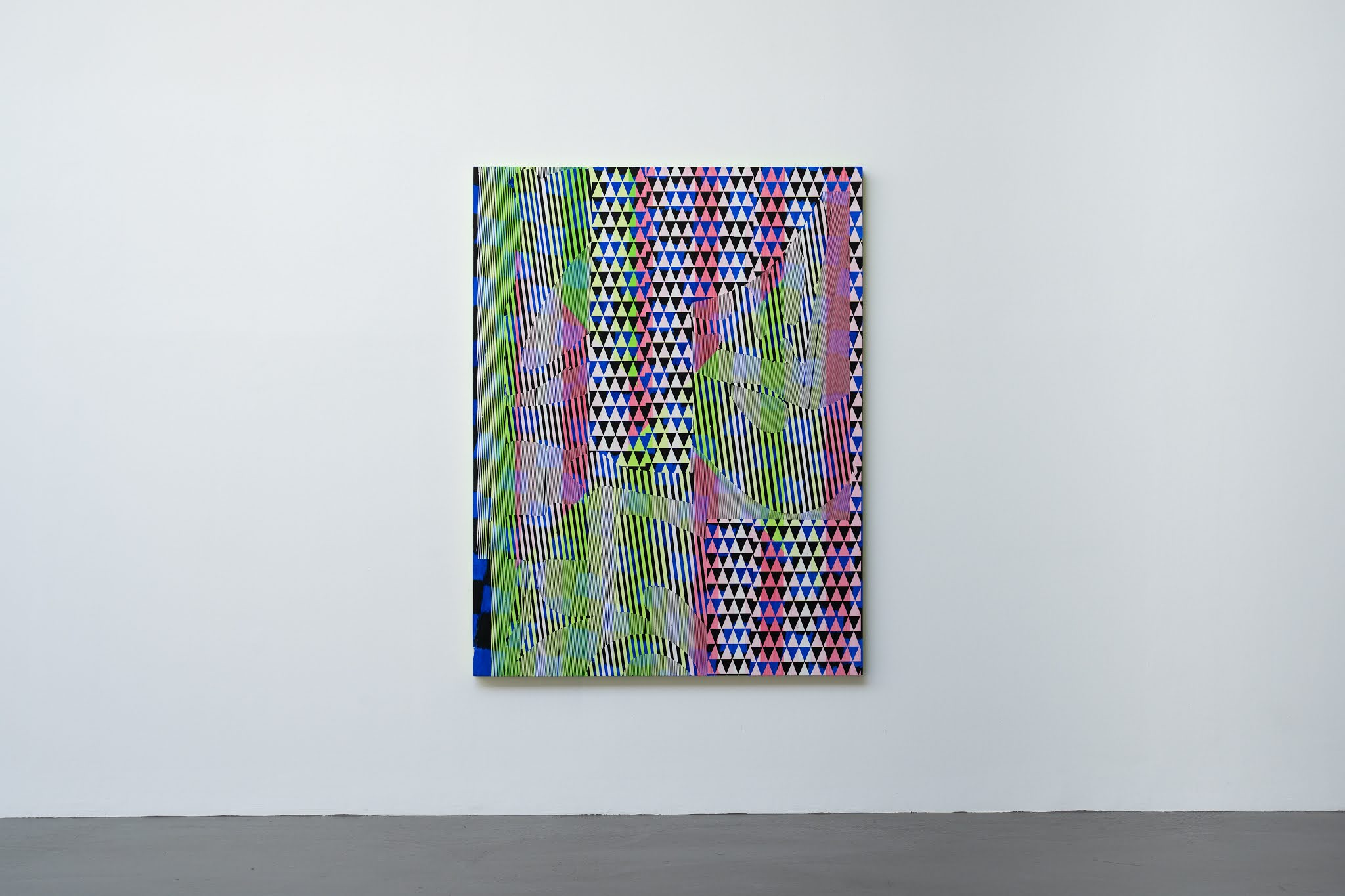 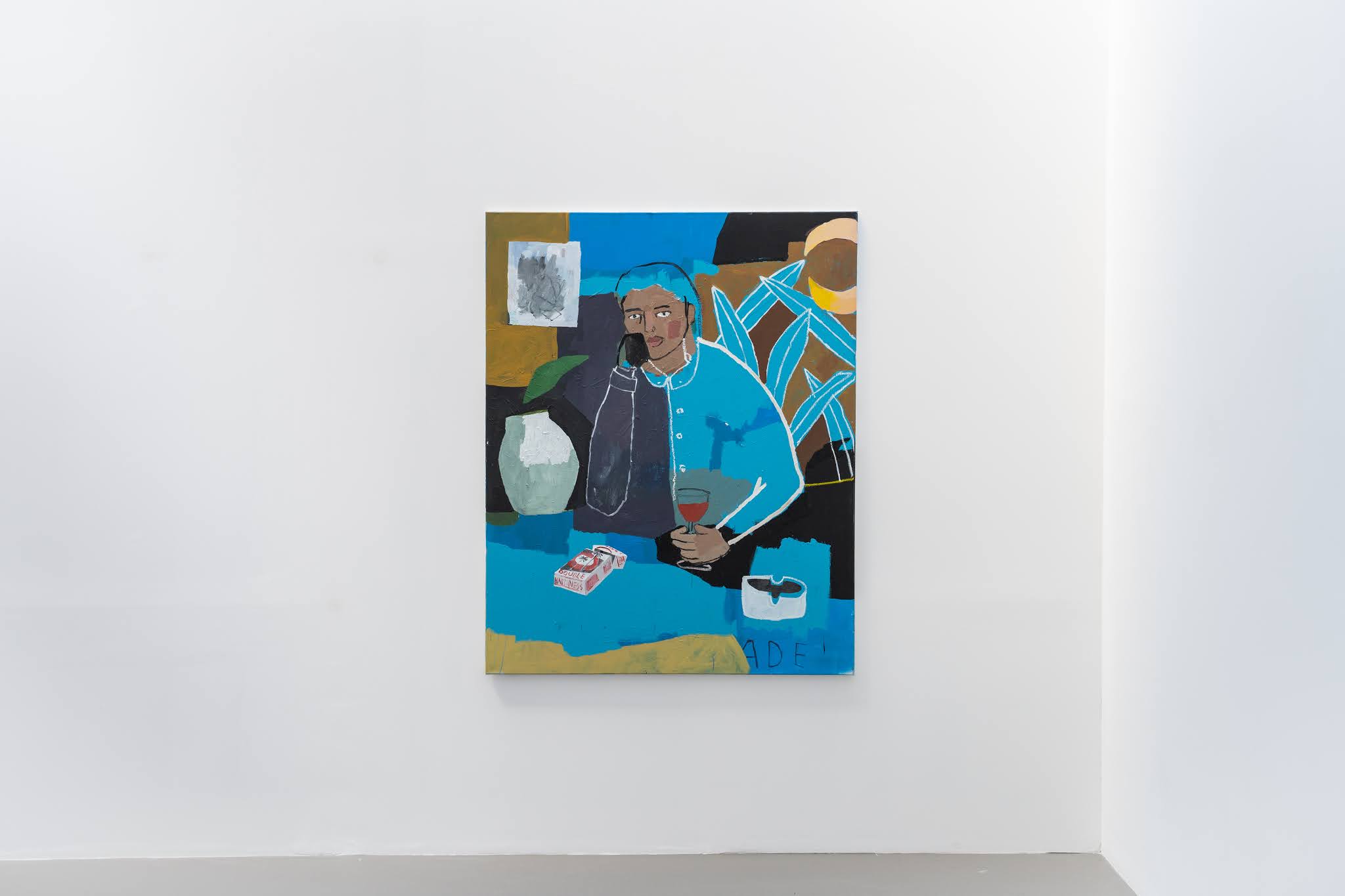 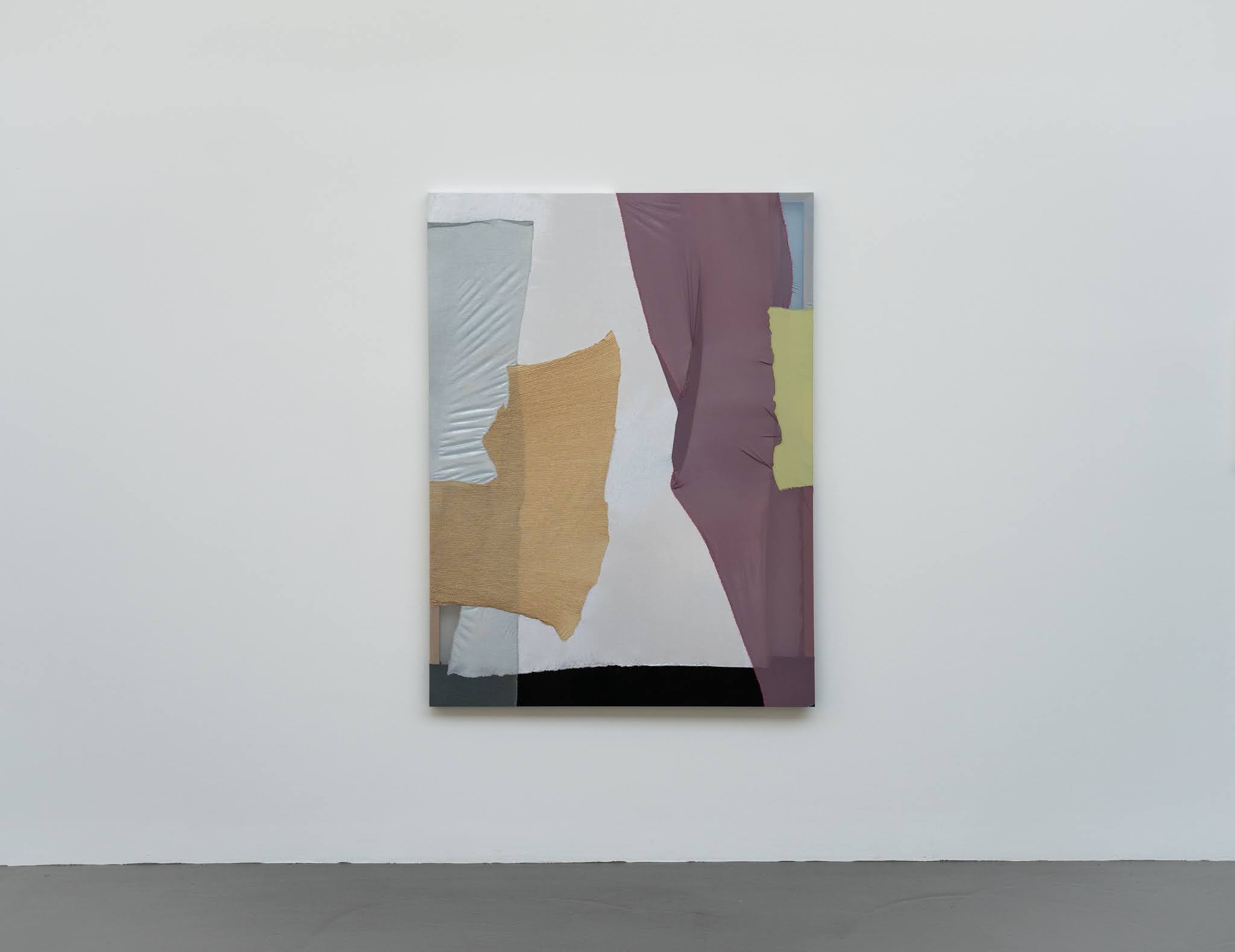 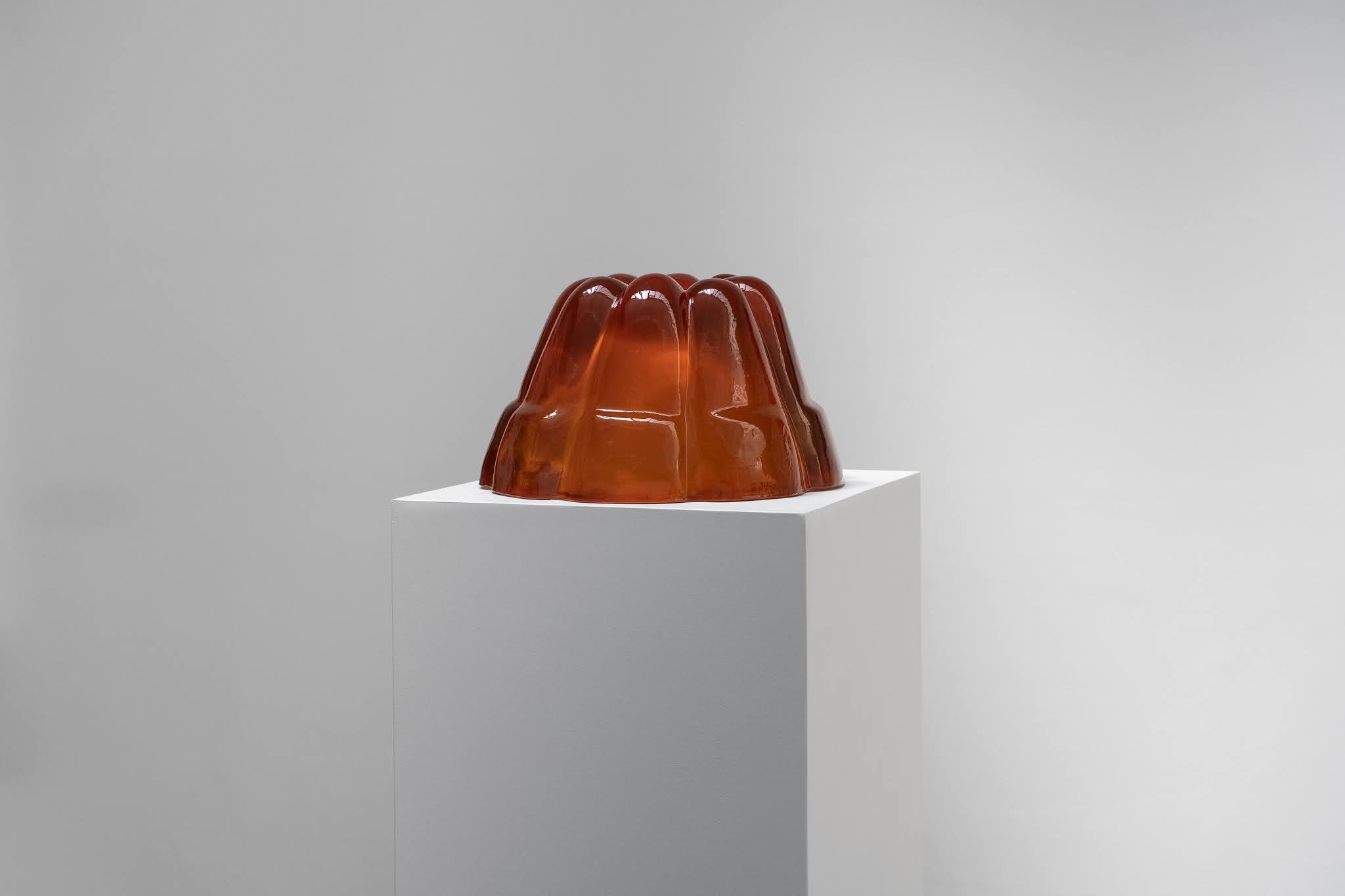 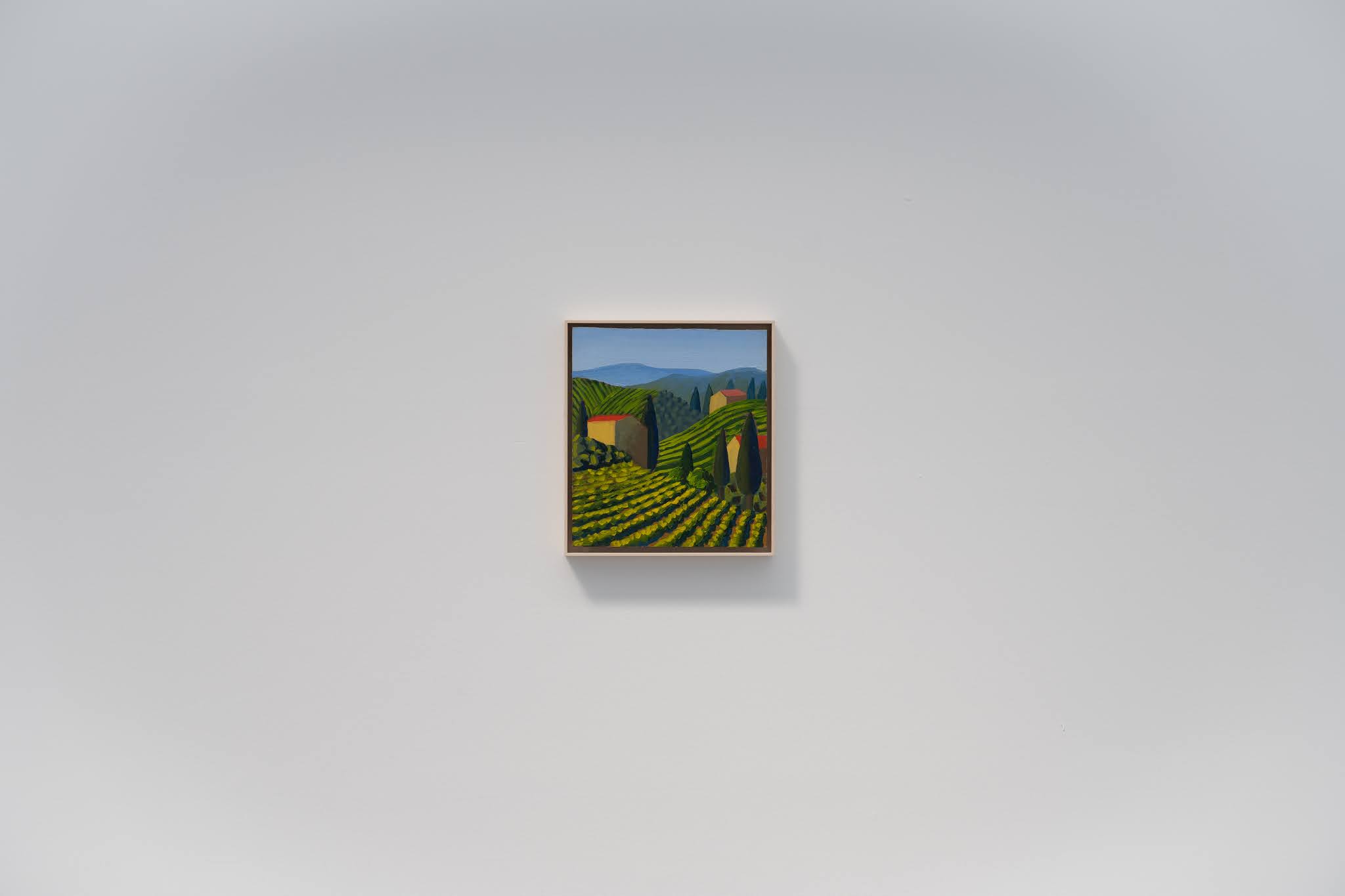 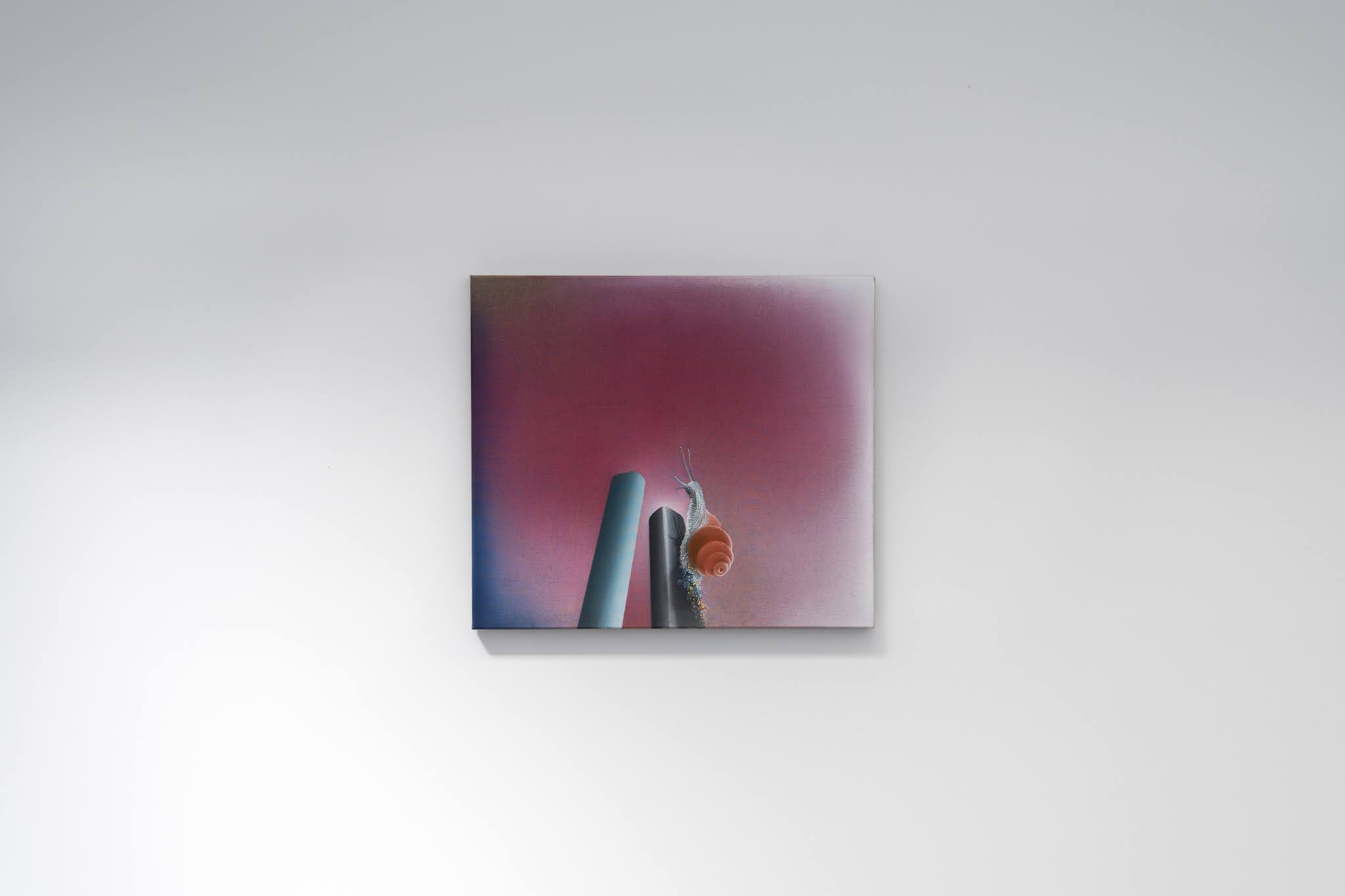 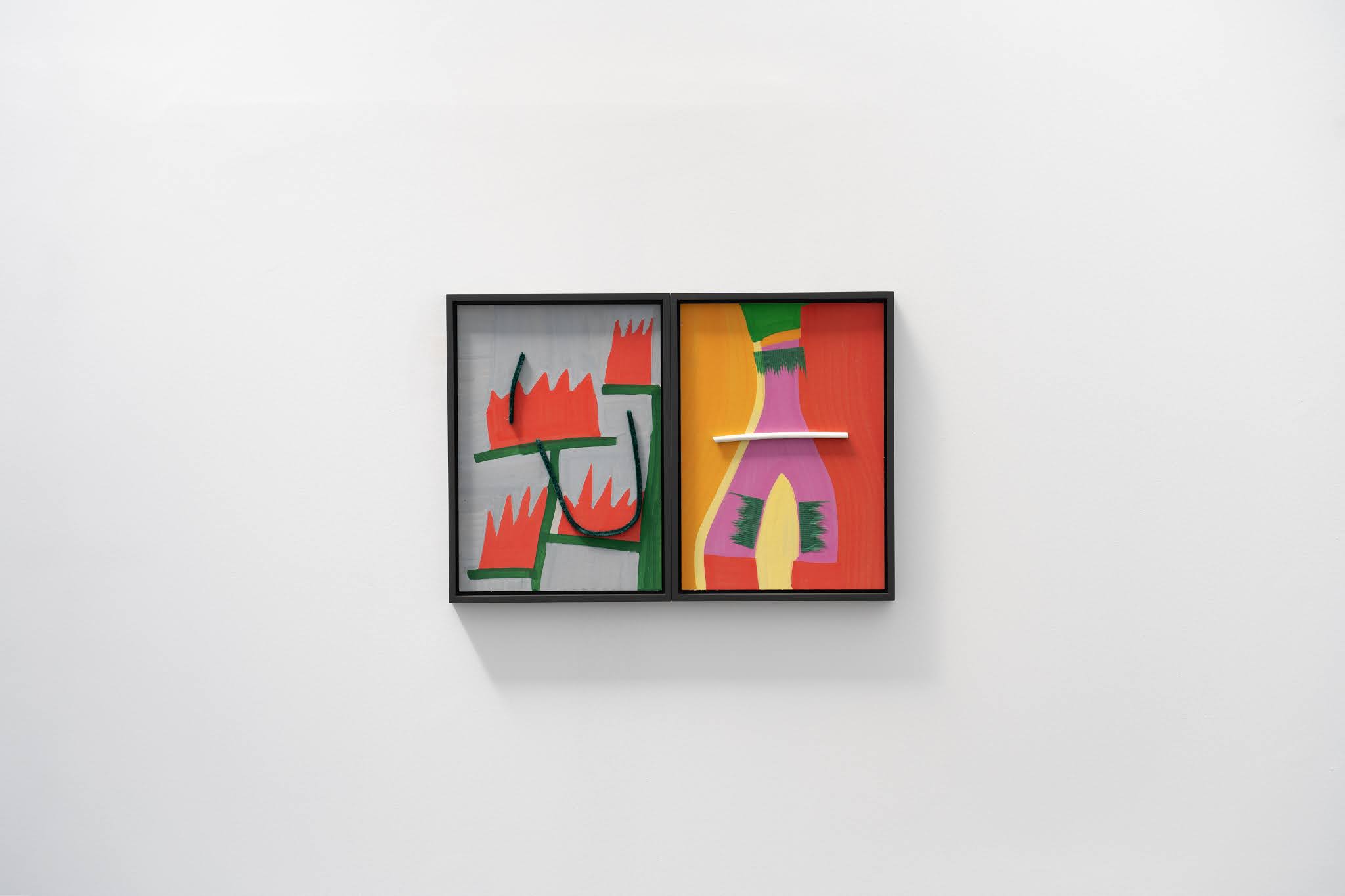 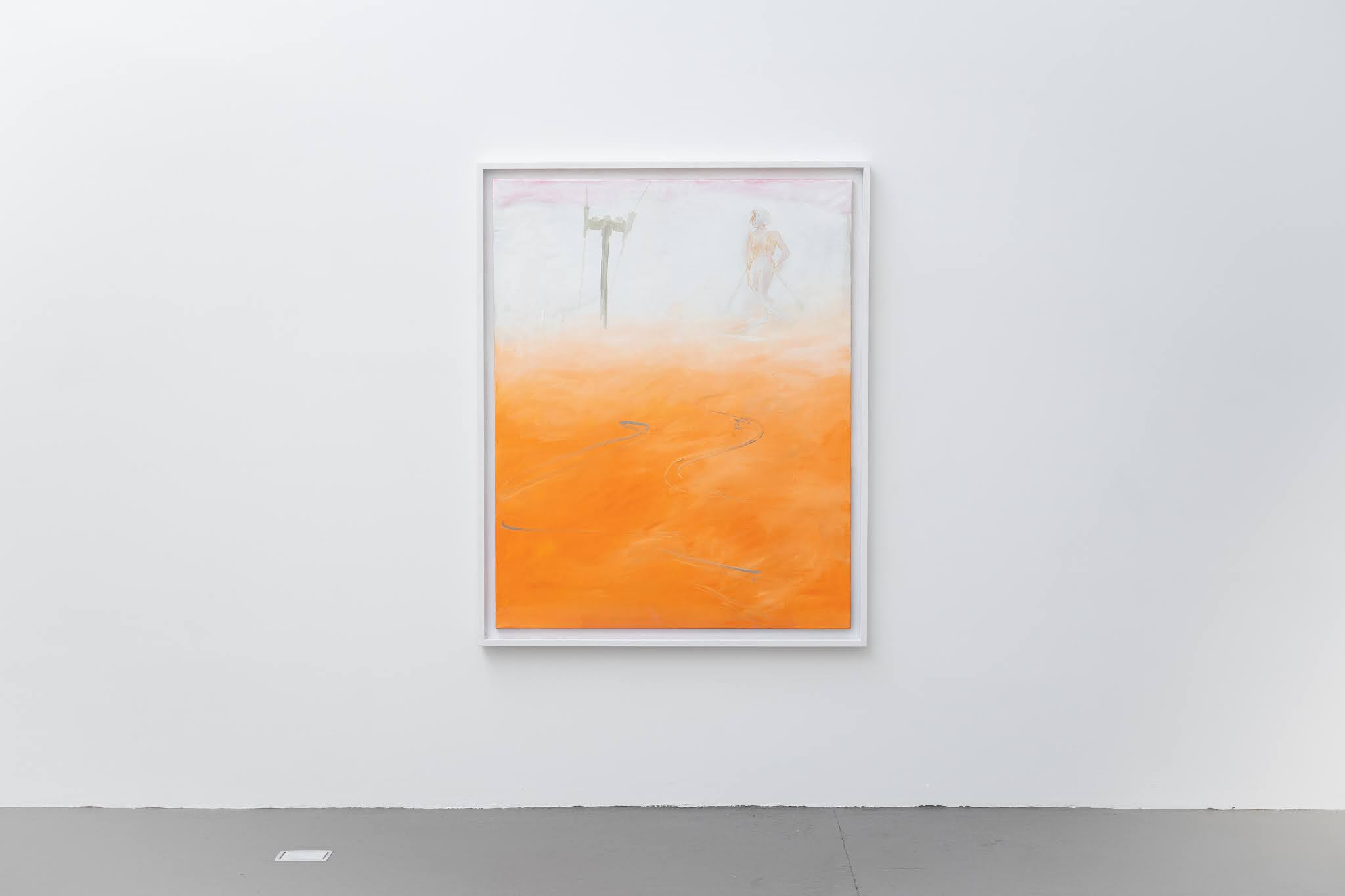 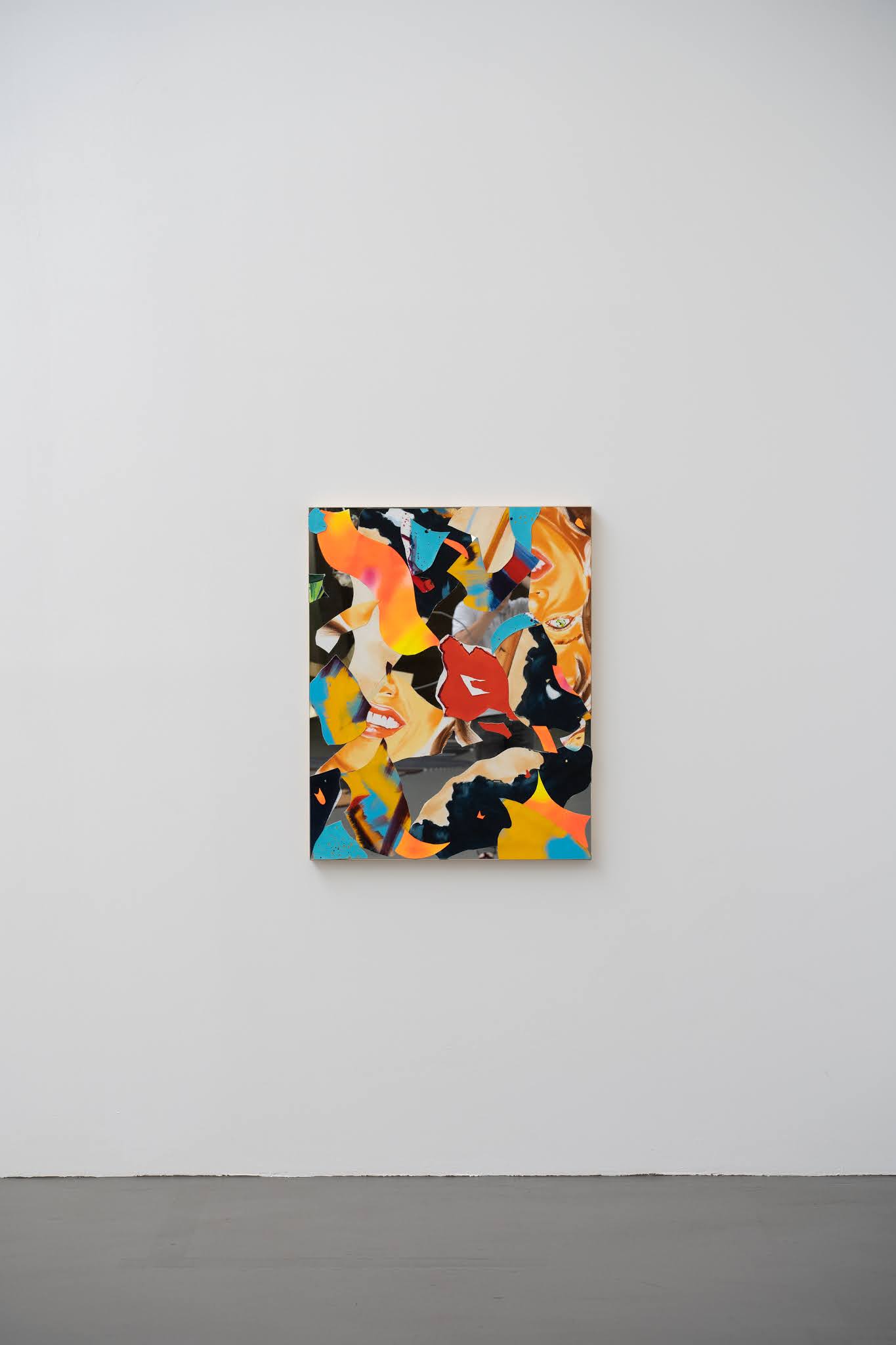 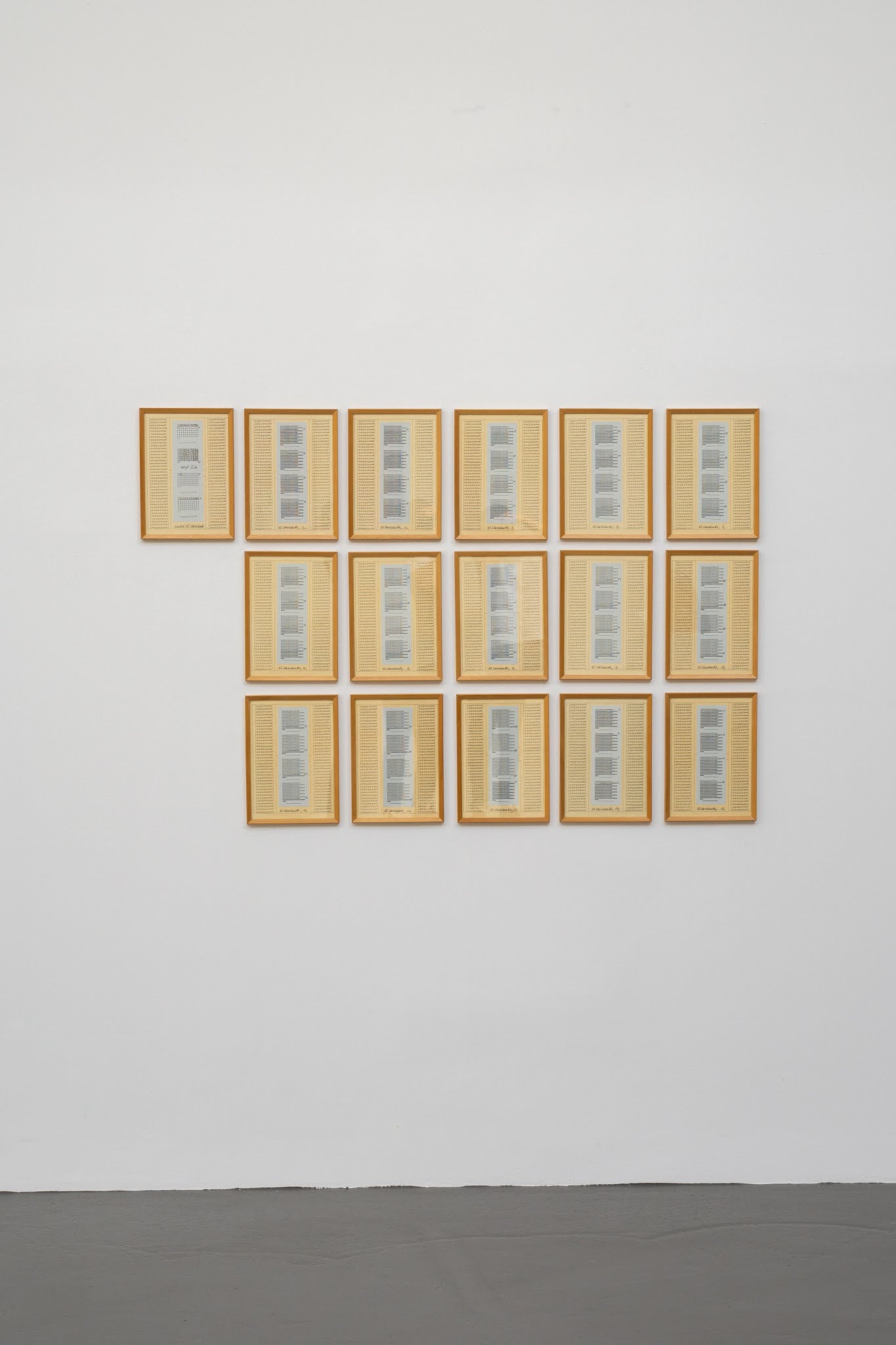 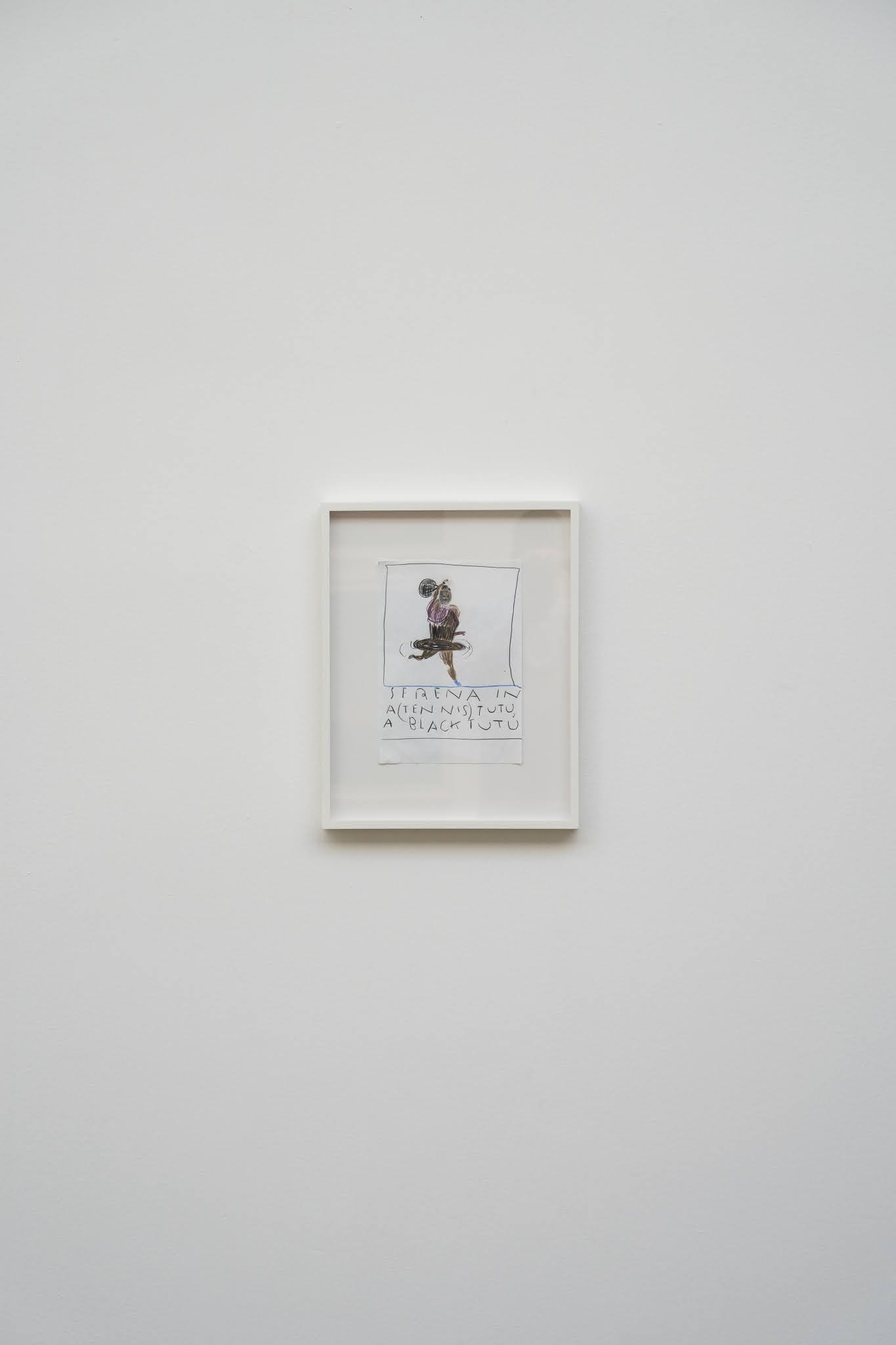 Images courtesy the artists and Akkurat
AKKURAT LABS is pleased to announce the group exhibition EVER SEEN NEVER SEEN.
The exhibition marks the grand opening of FAHRENHEIT Berlin, a space created in
cooperation with long-time collaborator ABC.
The works of the 21 artists in the group exhibition oscillate between abstraction and
figuration, echoing the collective experiences of the past year in an associative way. EVER
SEEN NEVER SEEN therefore invites the viewer to take a fresh look at what is well known
or what has been believed to be lost. The paintings, sculptures and installations morph
between abstraction and figuration. They can be read in and against the context of the past
year, and open an expanded network of references. Unresolved narratives and motifs of idyll
and dystopia, mythical and everyday, entanglements of inside and outside, approaches to
science and poetry are shown in a new light or with a shifted focus. Subtle compositions of
materials and colors formulate abstract states, in which the existential upheavals of our
present are unexpectedly mirrored.
The digital as an alternative reality is revealed in the 4D video animations Bunnies Emitting
and Time Varying Viscosity and Sculpture Invasions by Claudia Comte, which allows the
repertoire of her sculptures, usually made of wood, marble and bronze, to amortize in
endless sequence. By mirroring the work, the viewer becomes involved in this action. This
effect also comes into play in Norbert Bisky's Desmadre and FORT's Summ summ, bumm
bumm. Here, the mirror serves as a reflective and fragmenting element in which the search
for meaning and identity manifests itself.
In addition, Christof John's O.T. (Ticket XII) picks up on fragmentation through his
small-scale, abstract compositions that become almost screen-like when viewed. The
intertwining of analog and digital realities is also expressed in Jon Rafman's work
YASOAIOF (Chinese Medicine), in which the digital interface behind a computer keyboard
covered in plant remains is revealed as an artificial idyll of longing.
The motif of idyll in its ideal form is shown in Salvo's landscape painting Vigneti, whose
clear, luminous presence forms an ideological counterpoint to the abstract, blurred
landscape in Filip Henin's Engadin. In Henin’s painting, nature is hardly present, but serves
us in the form of indifferent colour noise in the background.
The contrast between the man-made world and nature is explored in the series Planar
Studies: Vast and Specific by Andrea Zittel. The right angle becomes a symbol of human
organisation and imagination. These clean, geometric forms also build the starting point for
Imre Bak's neo avant-garde Bauhaus II. In Thomas Bayrle's diptych, linear structures form
a formal contrast to the motif of the dancing Ballerina, which refers in a pictogram-like
manner to expressions of high culture. In contrast, Rose Wylie's Serena in a black Tutu
expresses the darker side of this supposed high culture through a cartoon-like depiction of
the tennis player Serena Williams.
The human need to embed the uncontrollable into a structure is expressed in Hanne
Darboven's 10. Variante. With her notations she undertakes the attempt to visualise the
process of time. This basic idea is also followed by Verena Issel's window installation, which
dedicates a colorful collage to her January Depression (Remedy). Bernhard Martin refers to
time as a precious resource by having a snail climb an abstract peak. This almost
absurd-seeming undertaking continues associatively in the resin jello The Meaning of Life by
Max Siedentopf.
The starting point for Björn Dahlem's sculpture Flat Earth Theory (Deep Impact) is formed
by scientific models from cosmology, astrology and quantum mechanics. David Prytz, on
the other hand, approaches this theme in a poetic-associative way by having the elements of
his site-specific mobile The World at Large (Only that much Smaller) interact with each other
in fragile connections.
The fragile, subtly expressed in intermediate tones, is the driving force in the work of Anna
Virnich, whose abstract compositions of opaque and transparent fabrics open up to the
viewer as emotionally charged spaces.
Nicole Wermers' floor installation The Long Hello, consisting of a series of floor mats, refers
to the accessibility and interlocking of spatial spheres of the public and the private. The
usable outdoor space is echoed in the abstract, guardrail-like forms of Andreas Schulze's
painting Untitled (Sicilian guardrail). Fabian Warnsing's song of the shrimp provides insight
into an apparent loneliness through a figure that has withdrawn into the private sphere and
remains there waiting.
Text: Anna Redeker, Lena Streckert
Tags Andreas Schultze, Anna Redeker, Anna Virnich, Berlin, Daily Lazy Exhibitions, JON RAFMAN
Newer Post Older Post Home
View mobile version