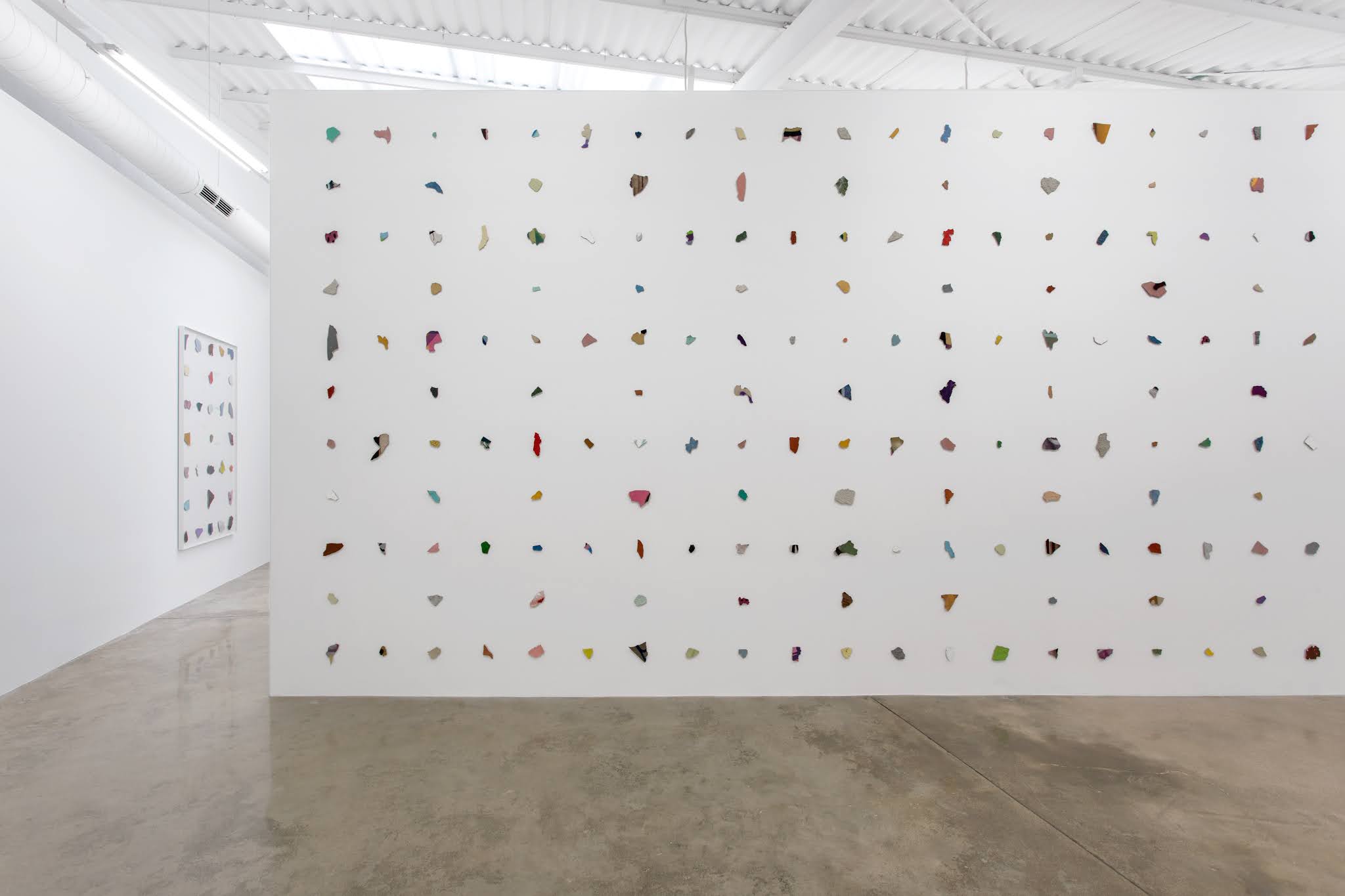 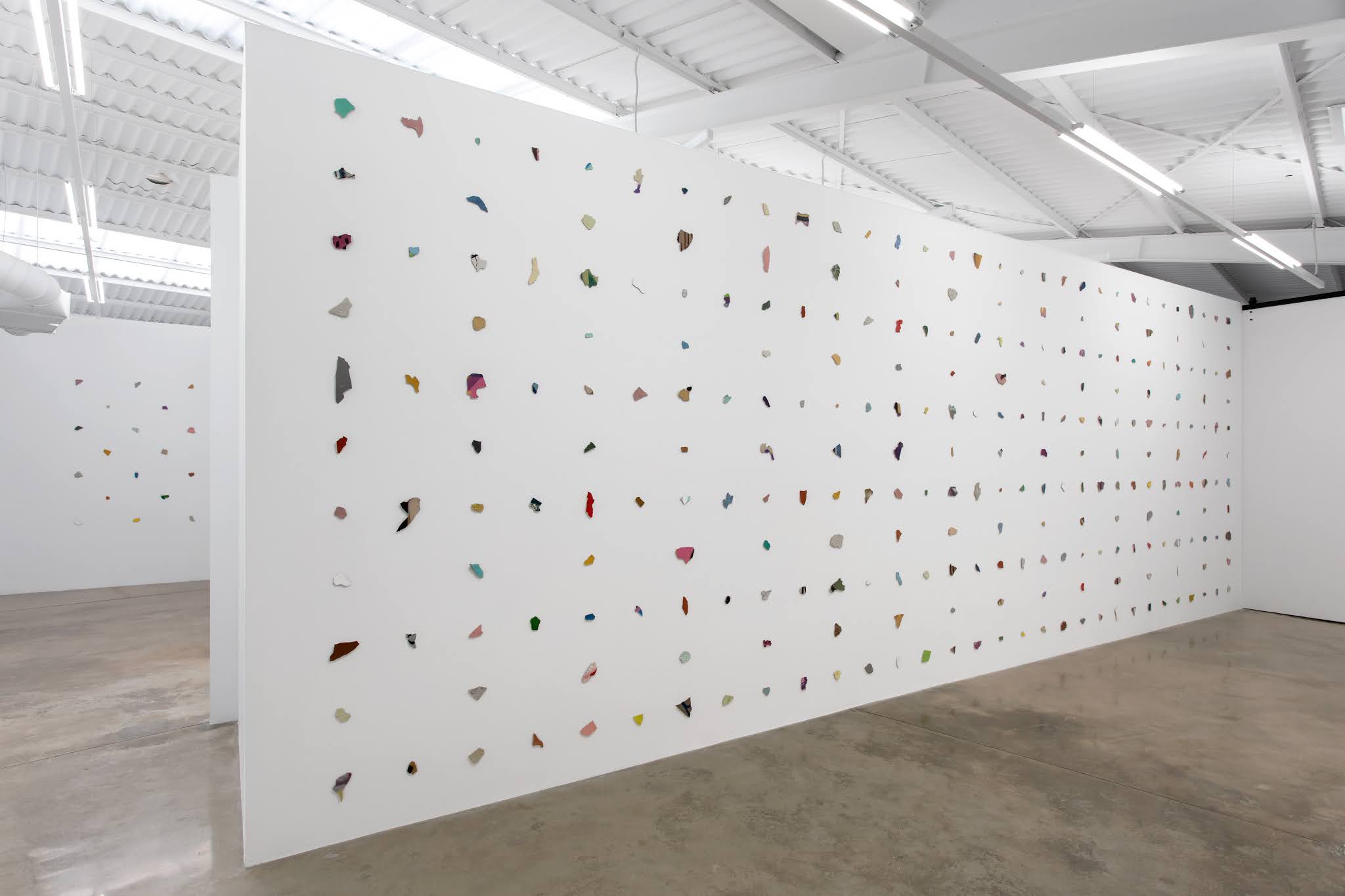 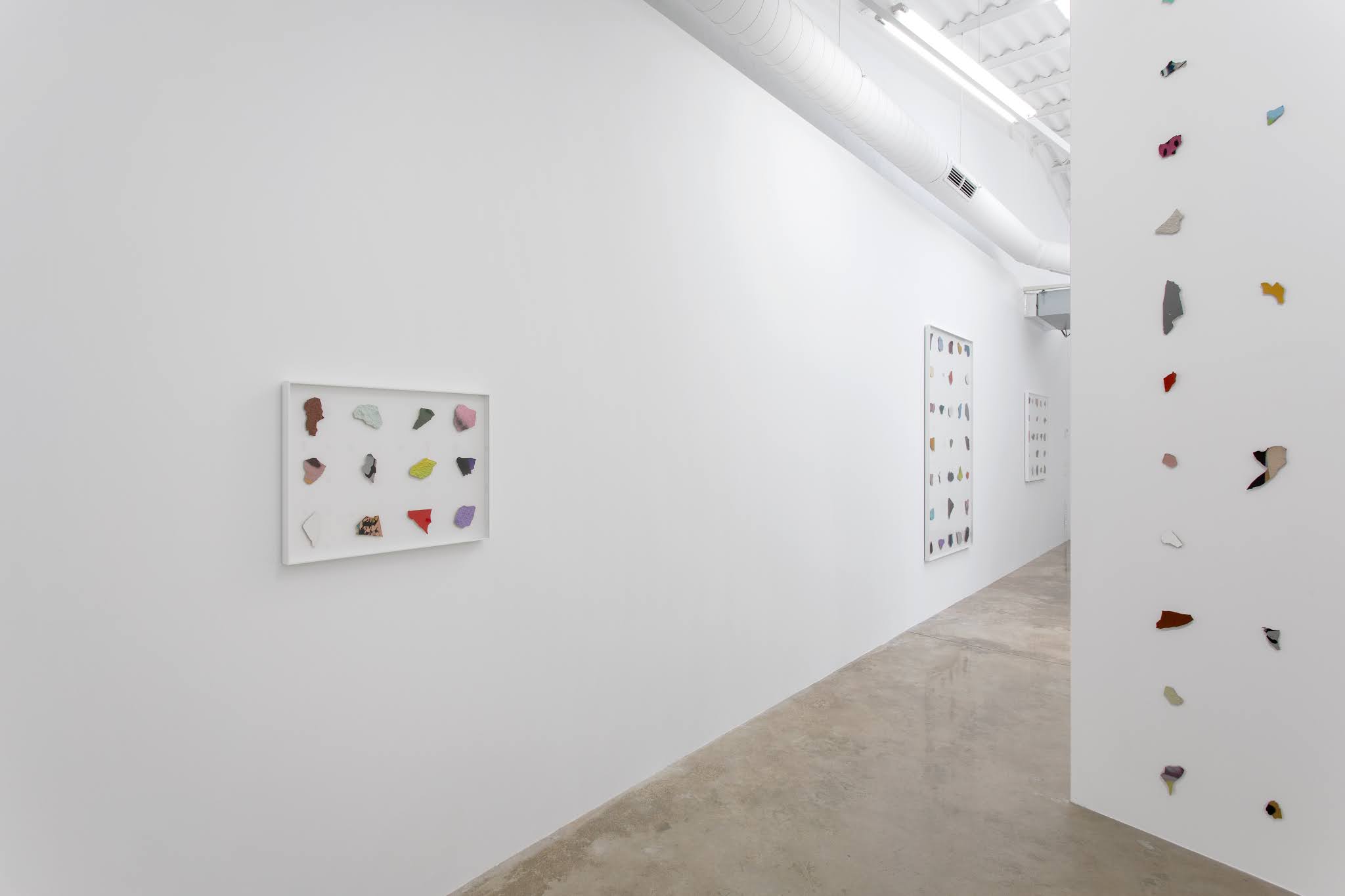 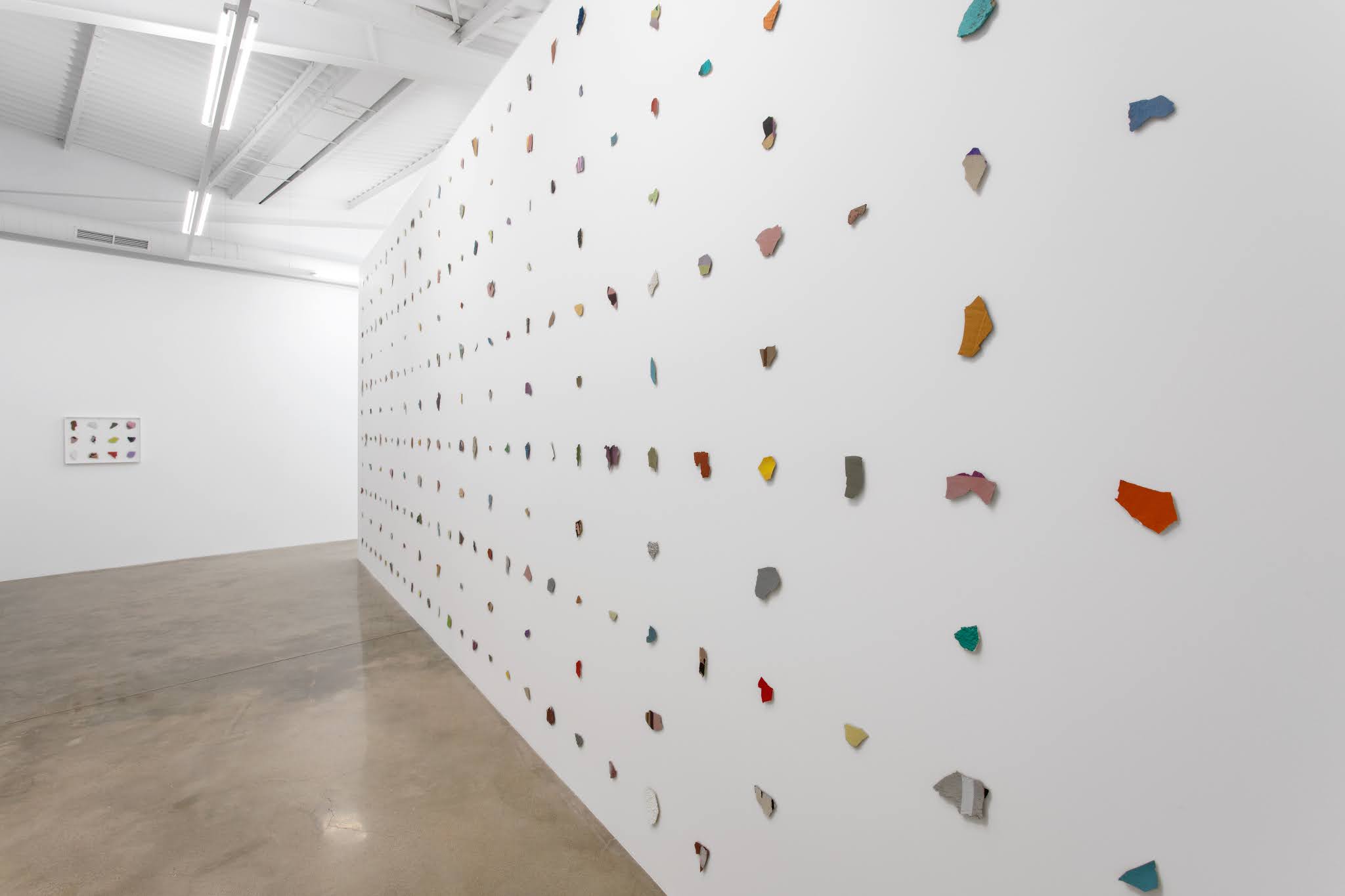 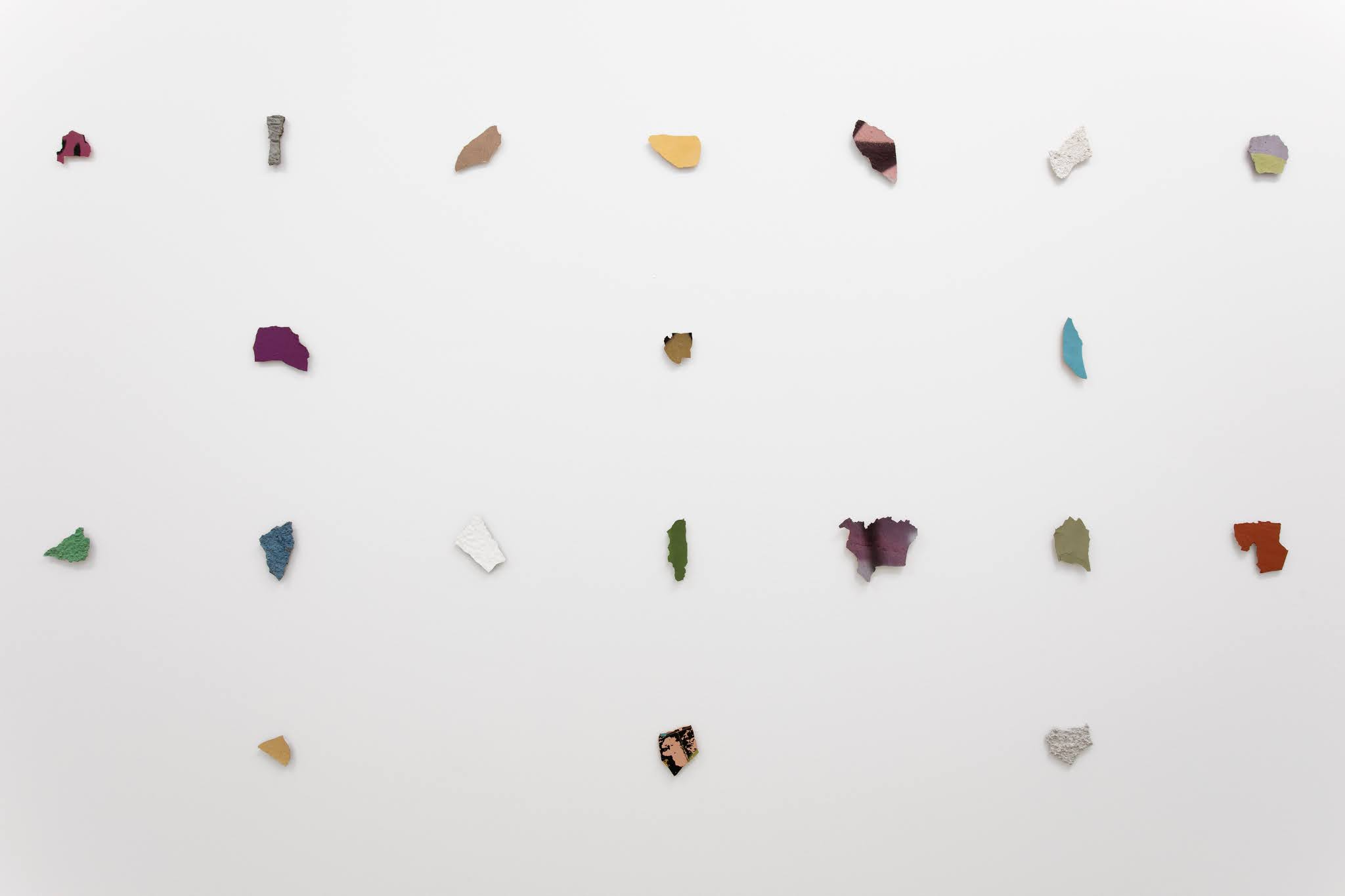 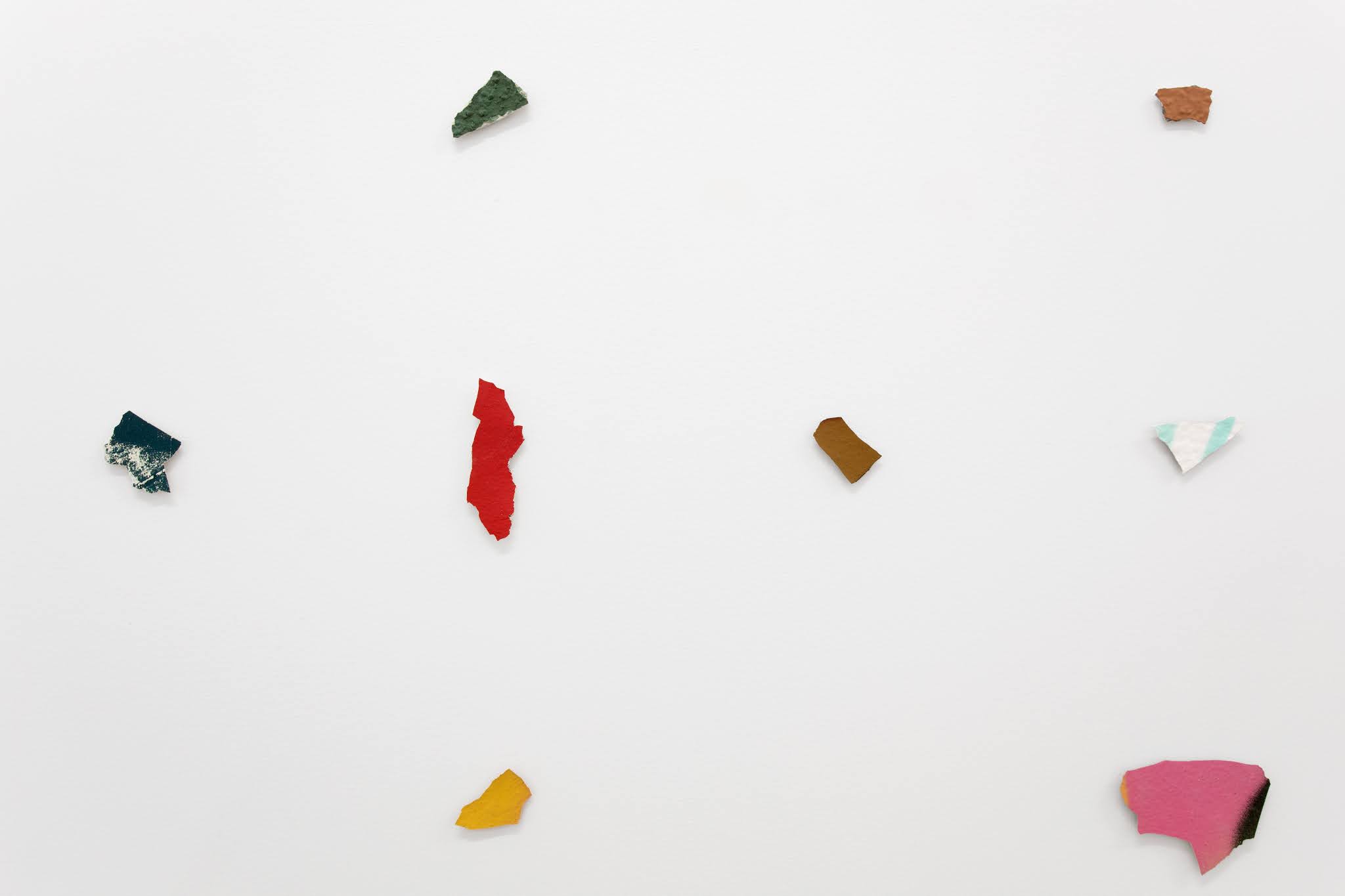 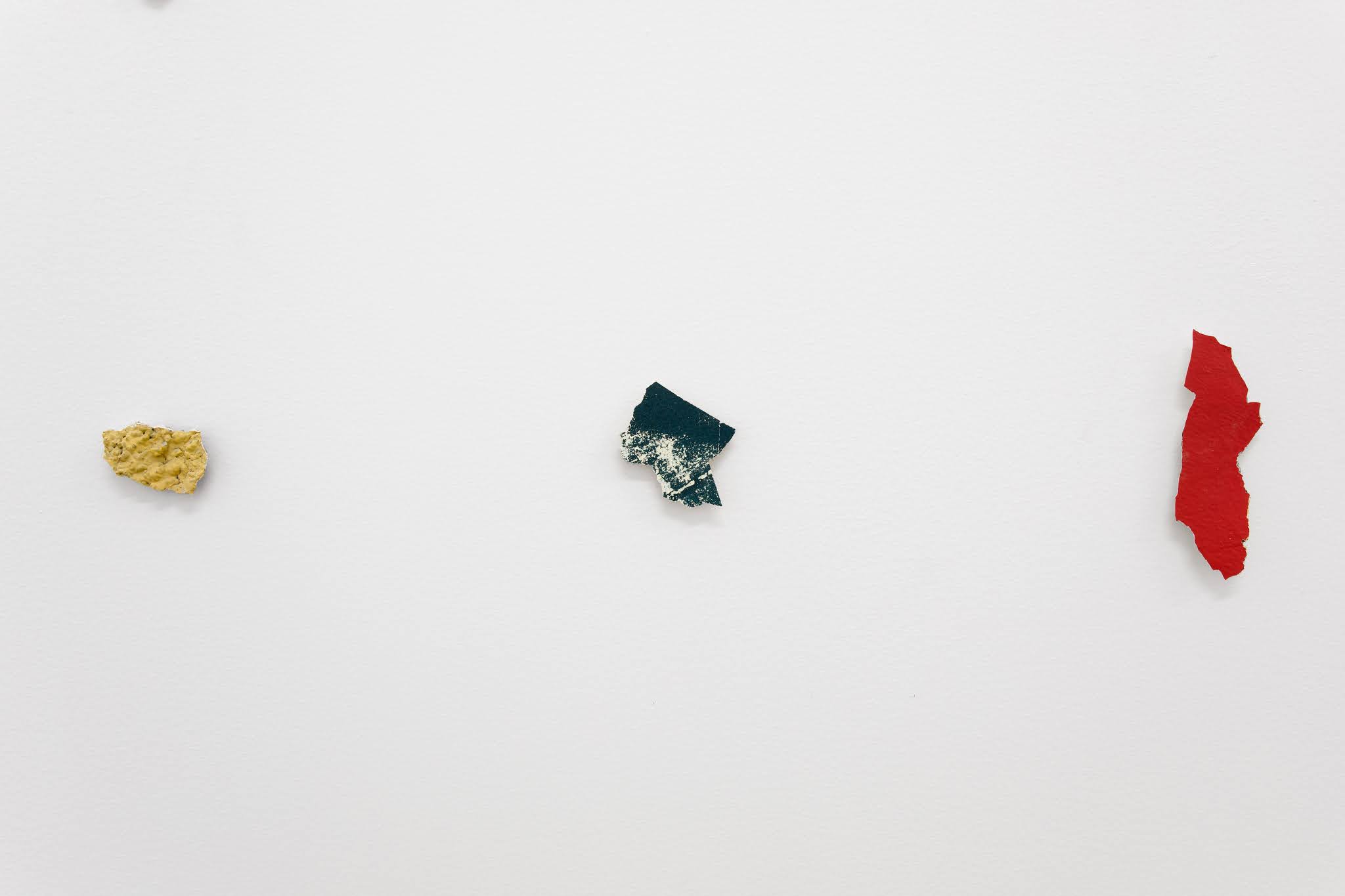 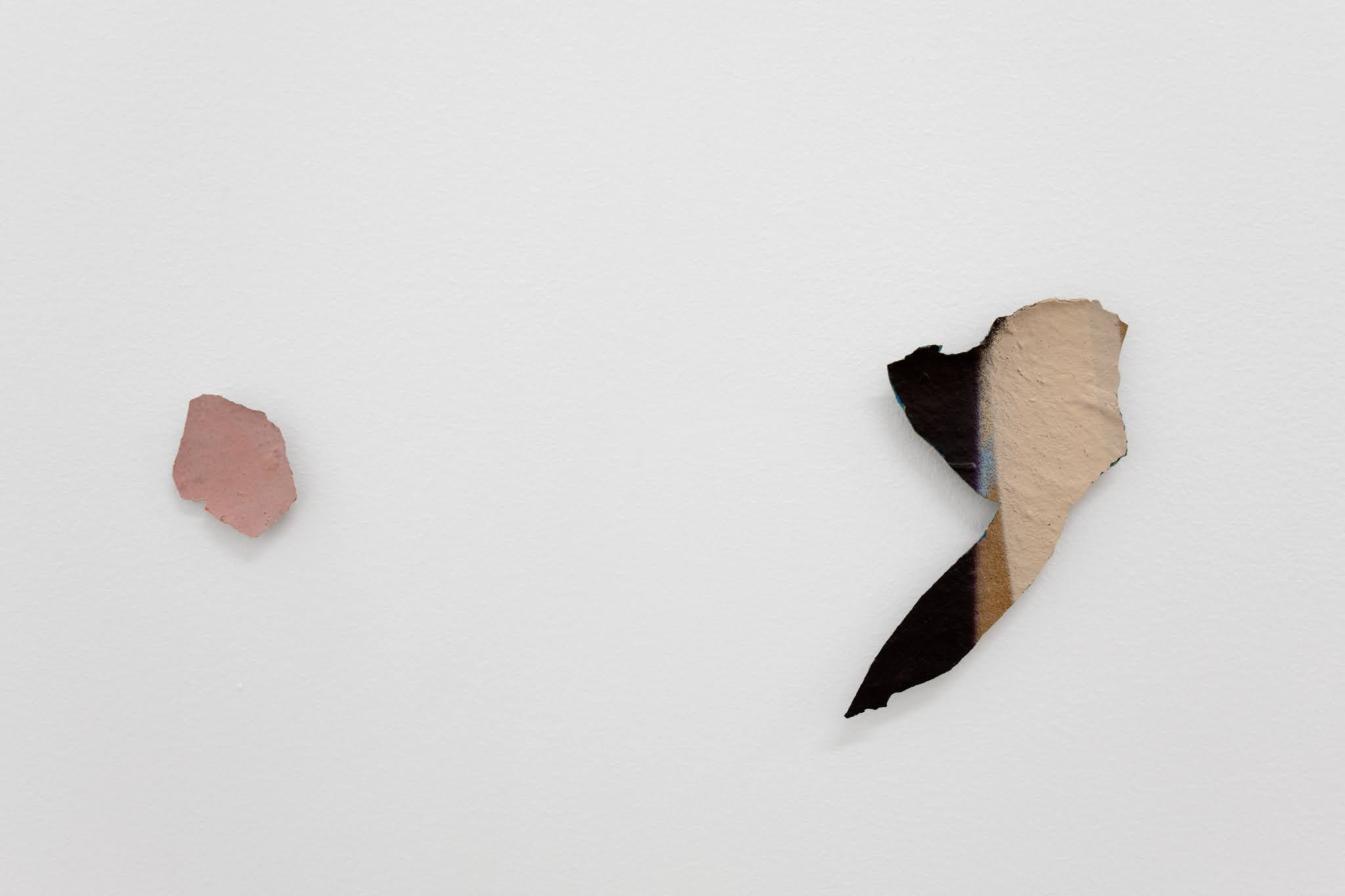 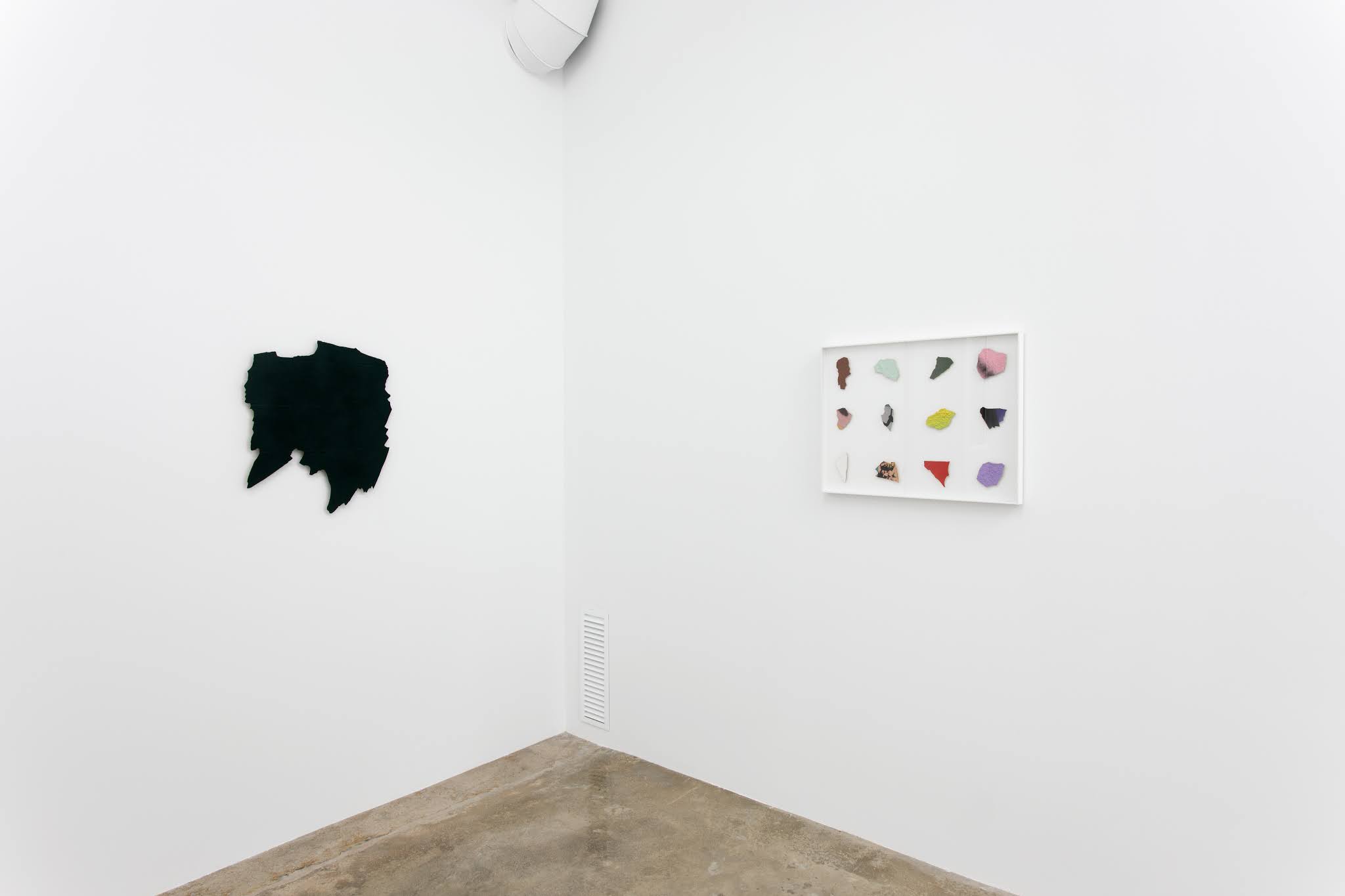 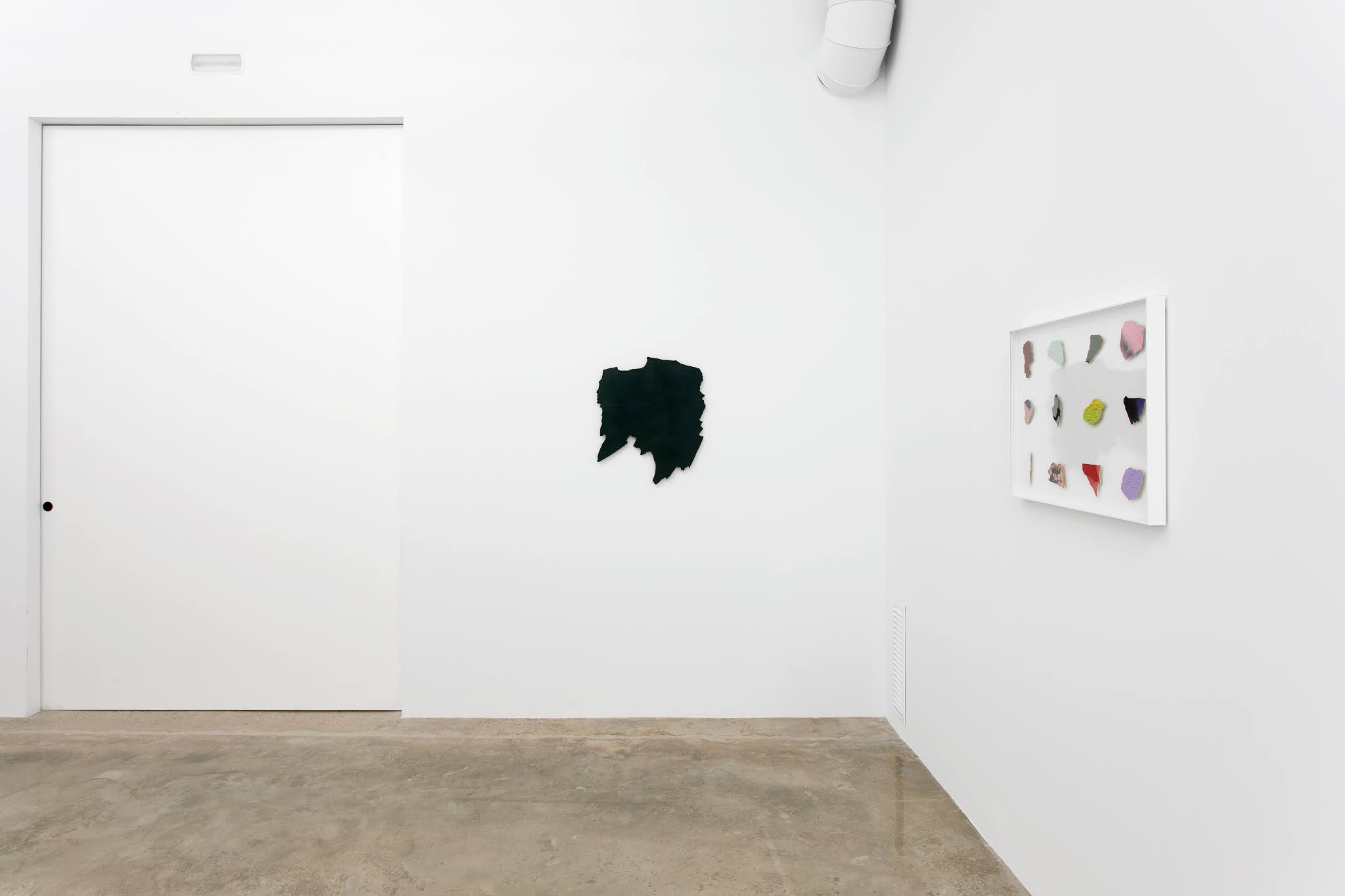 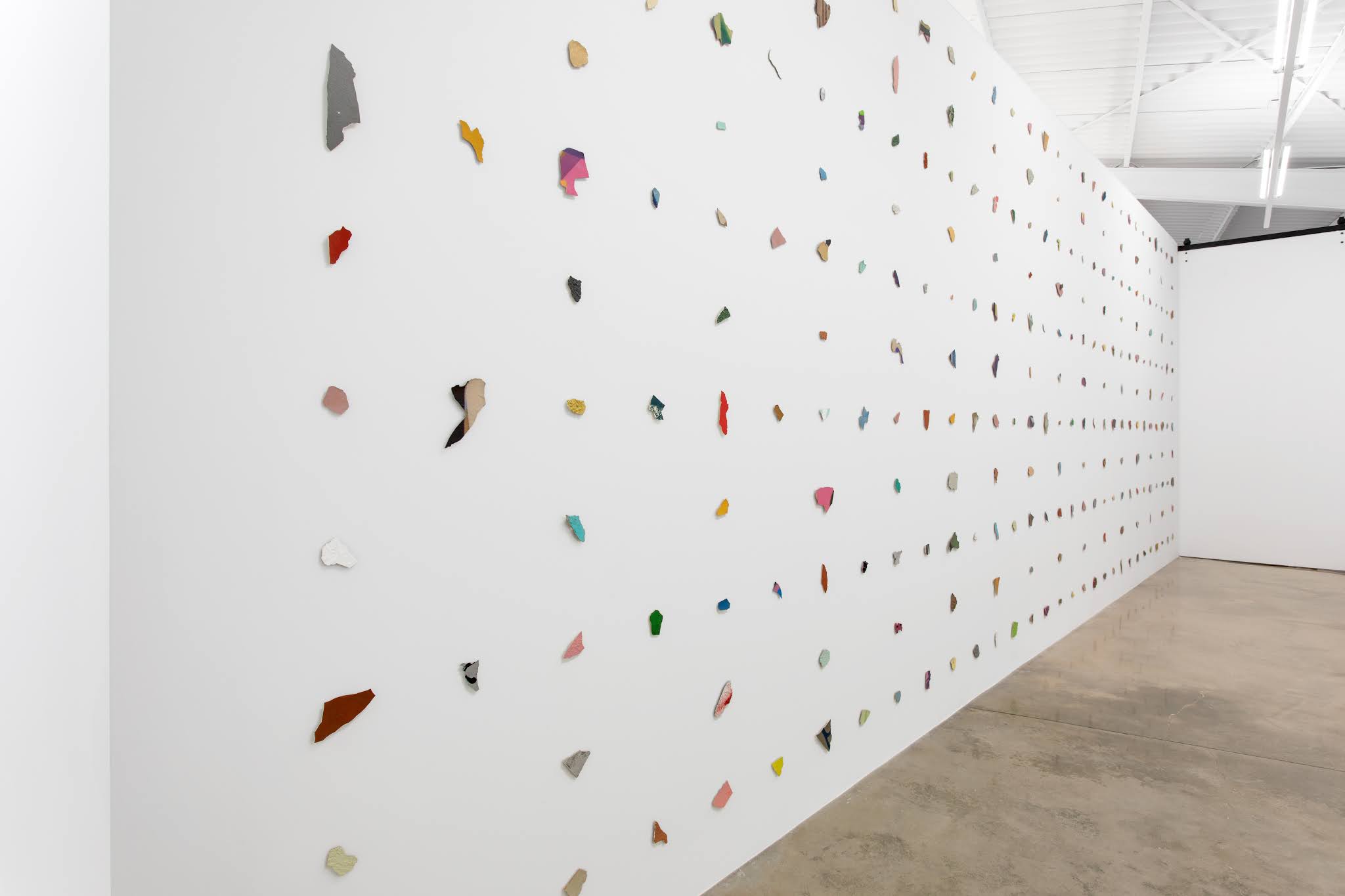 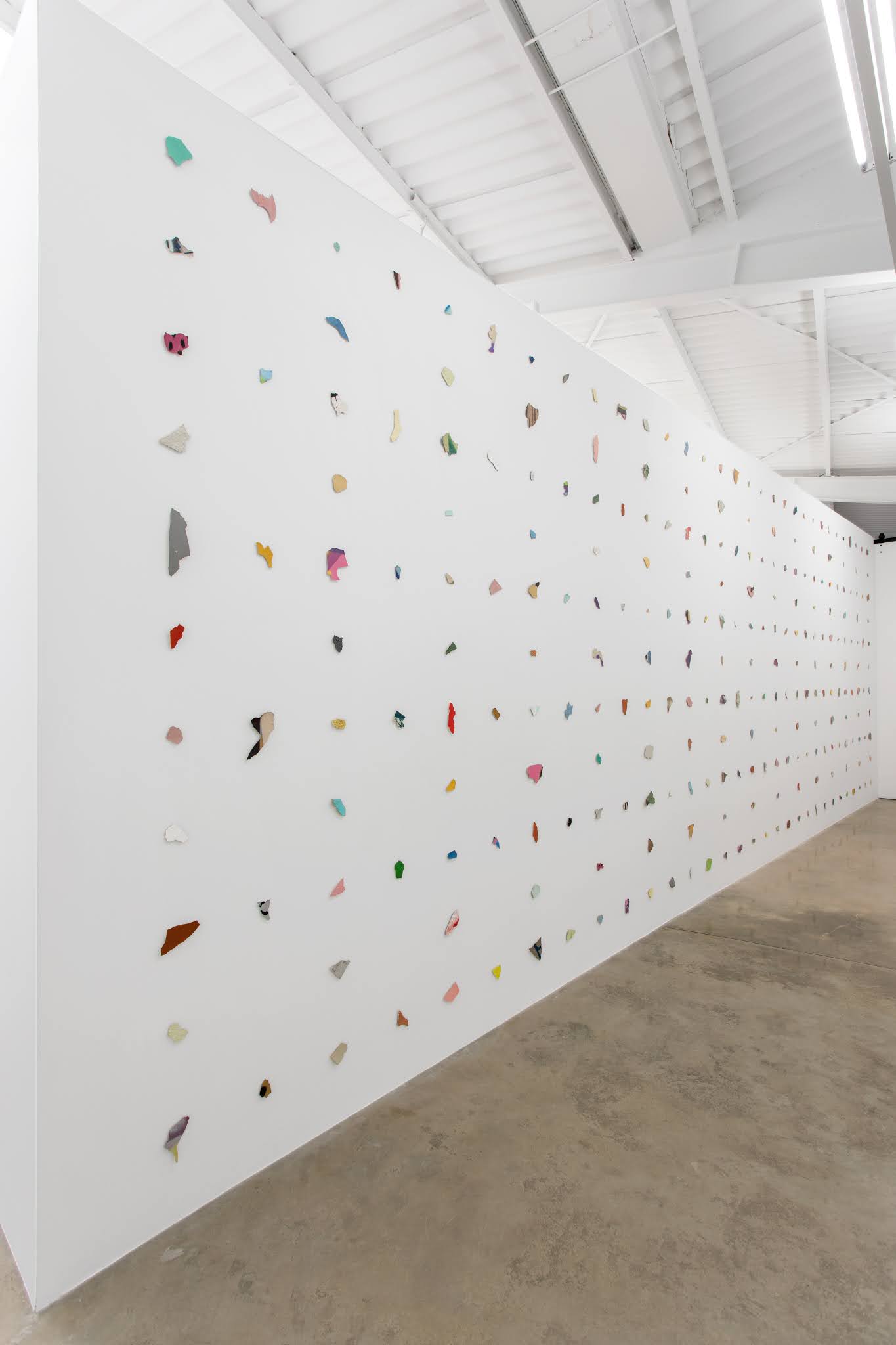 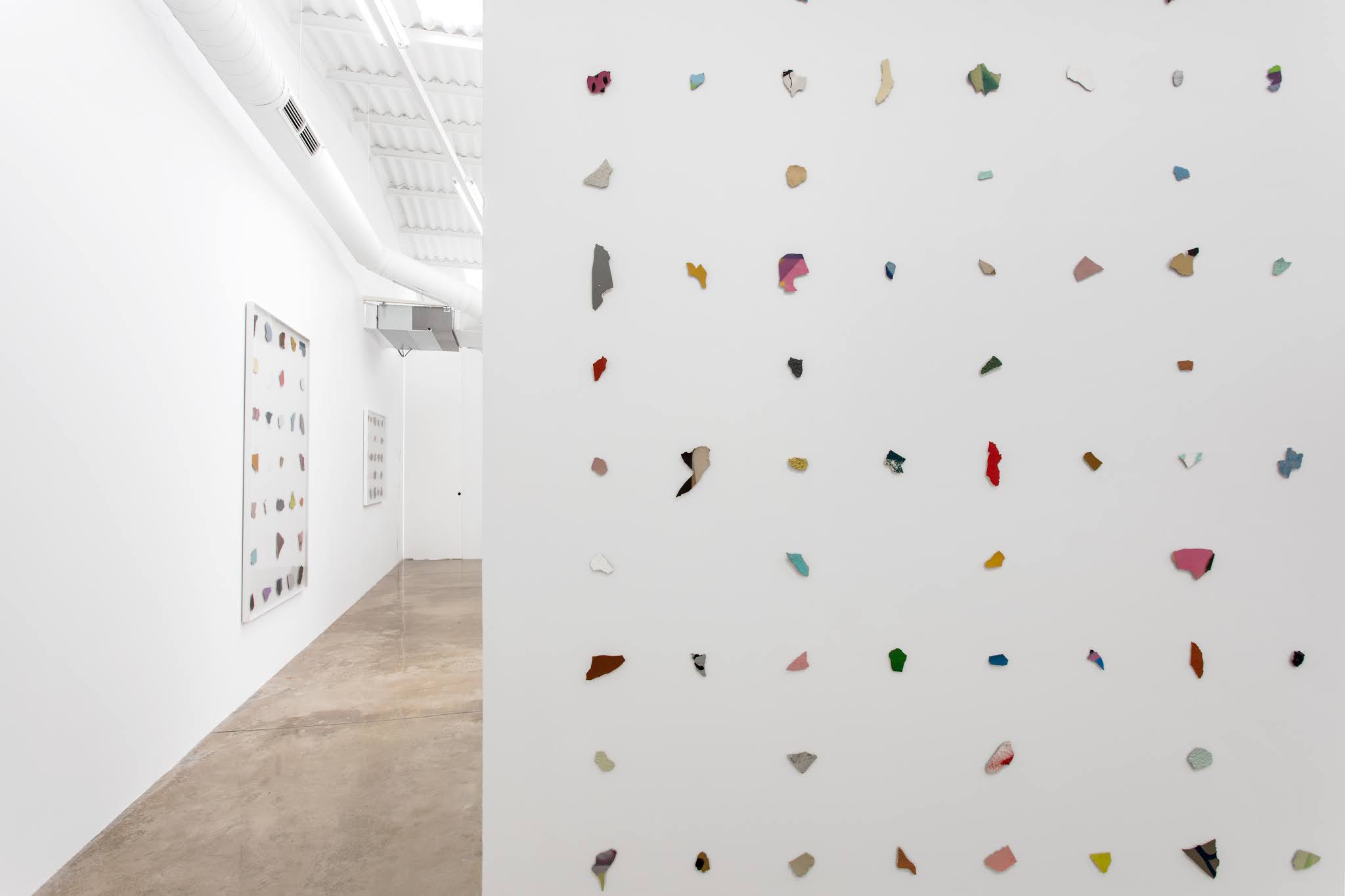 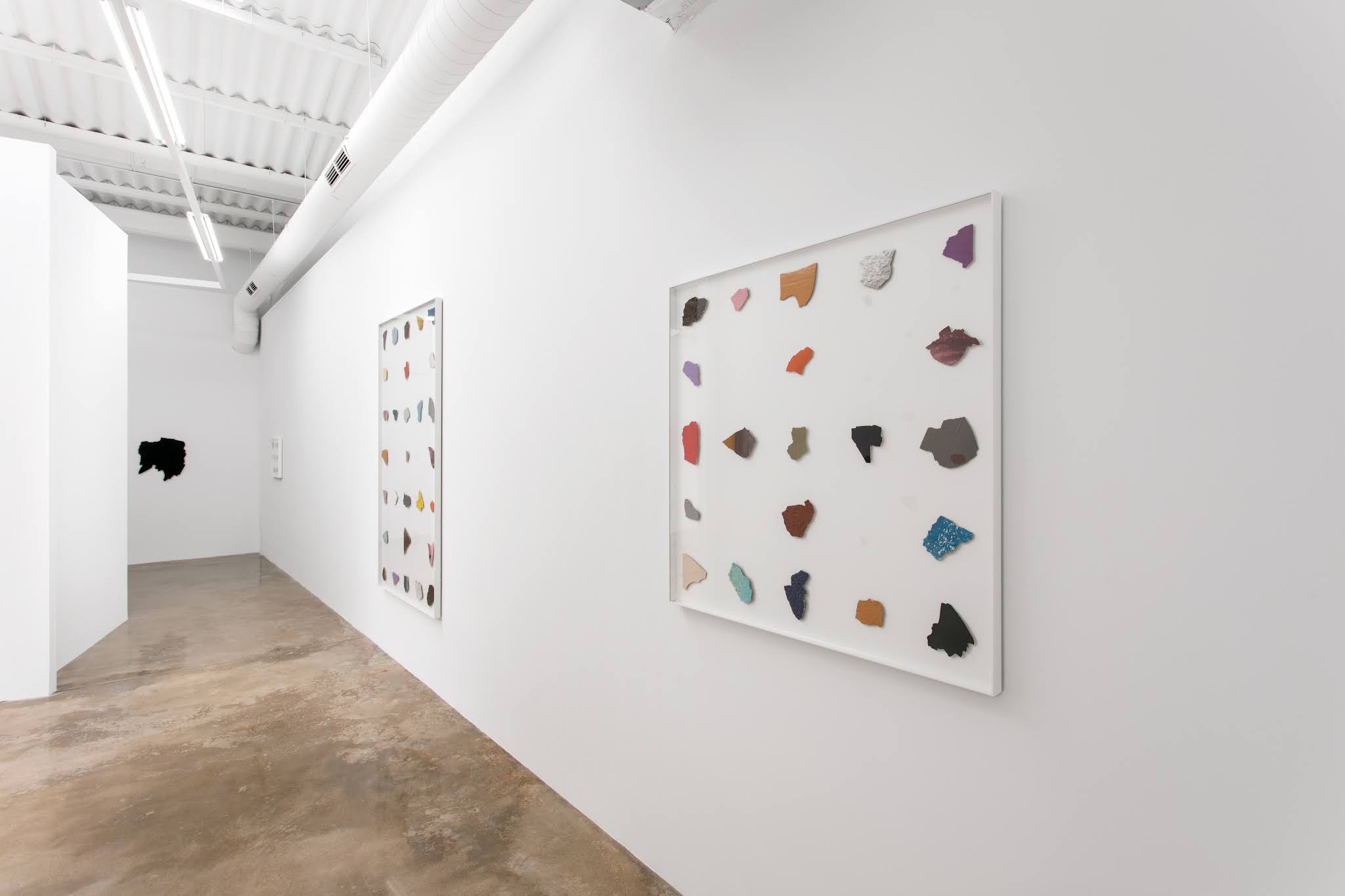 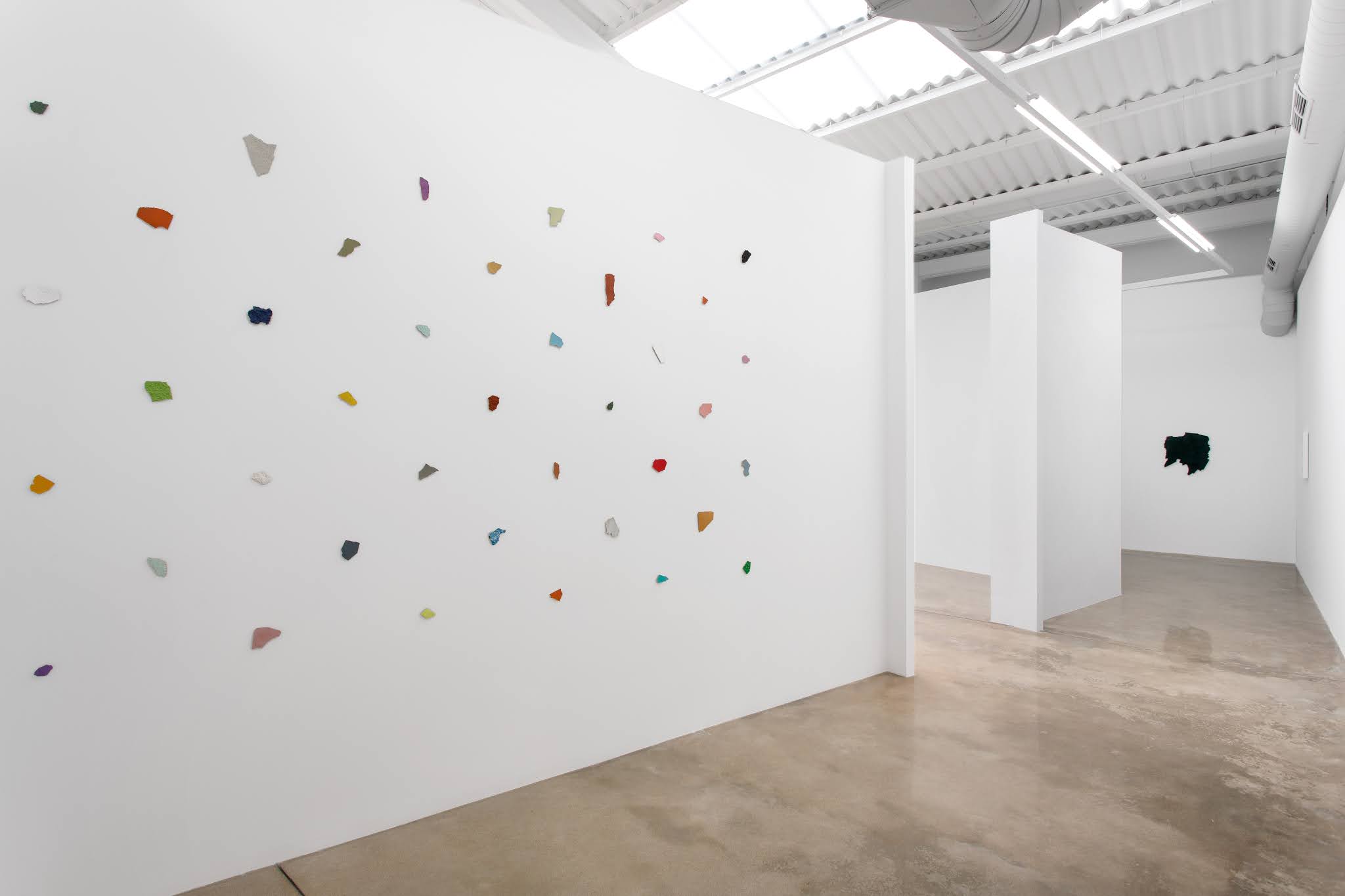 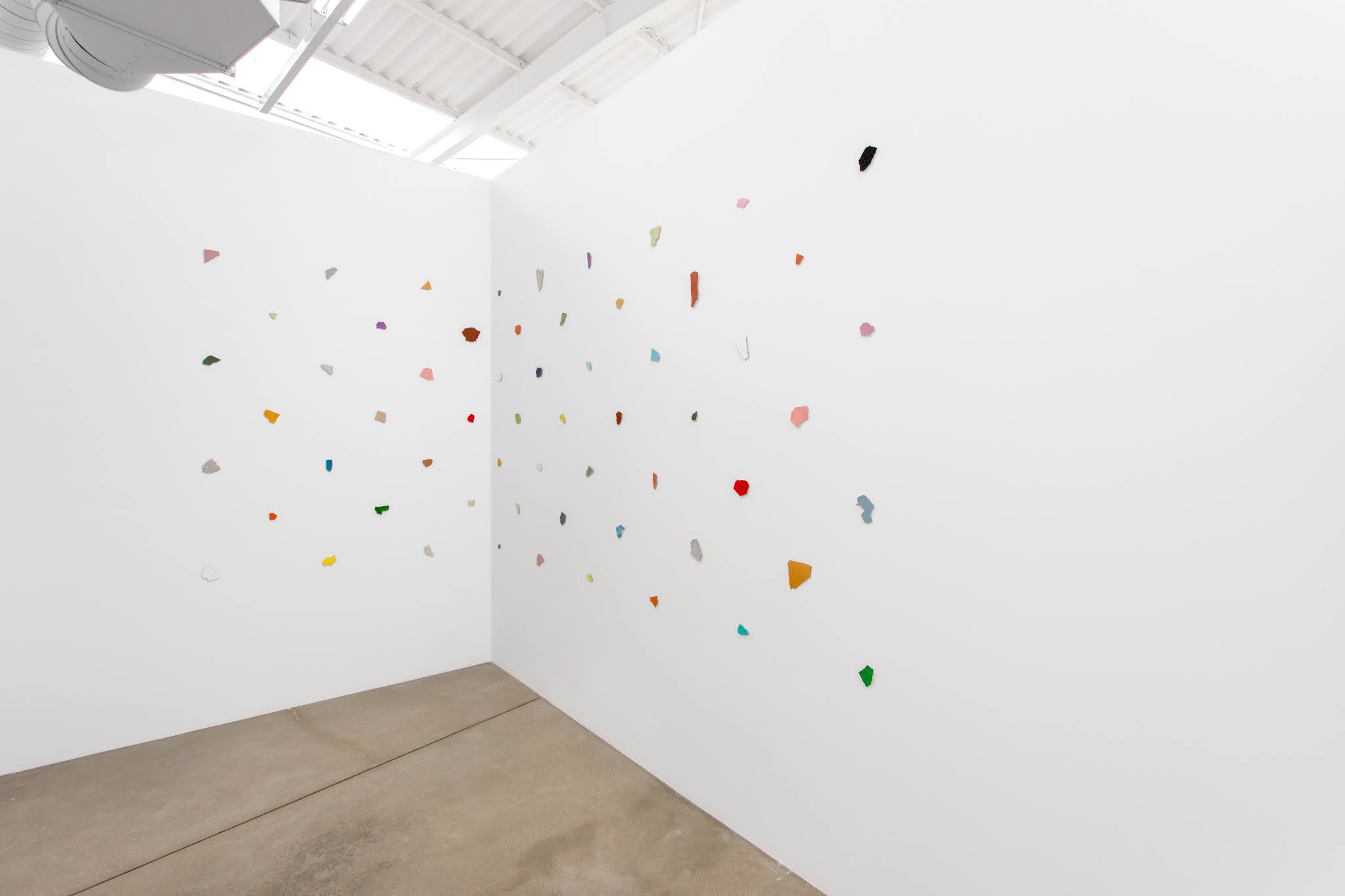 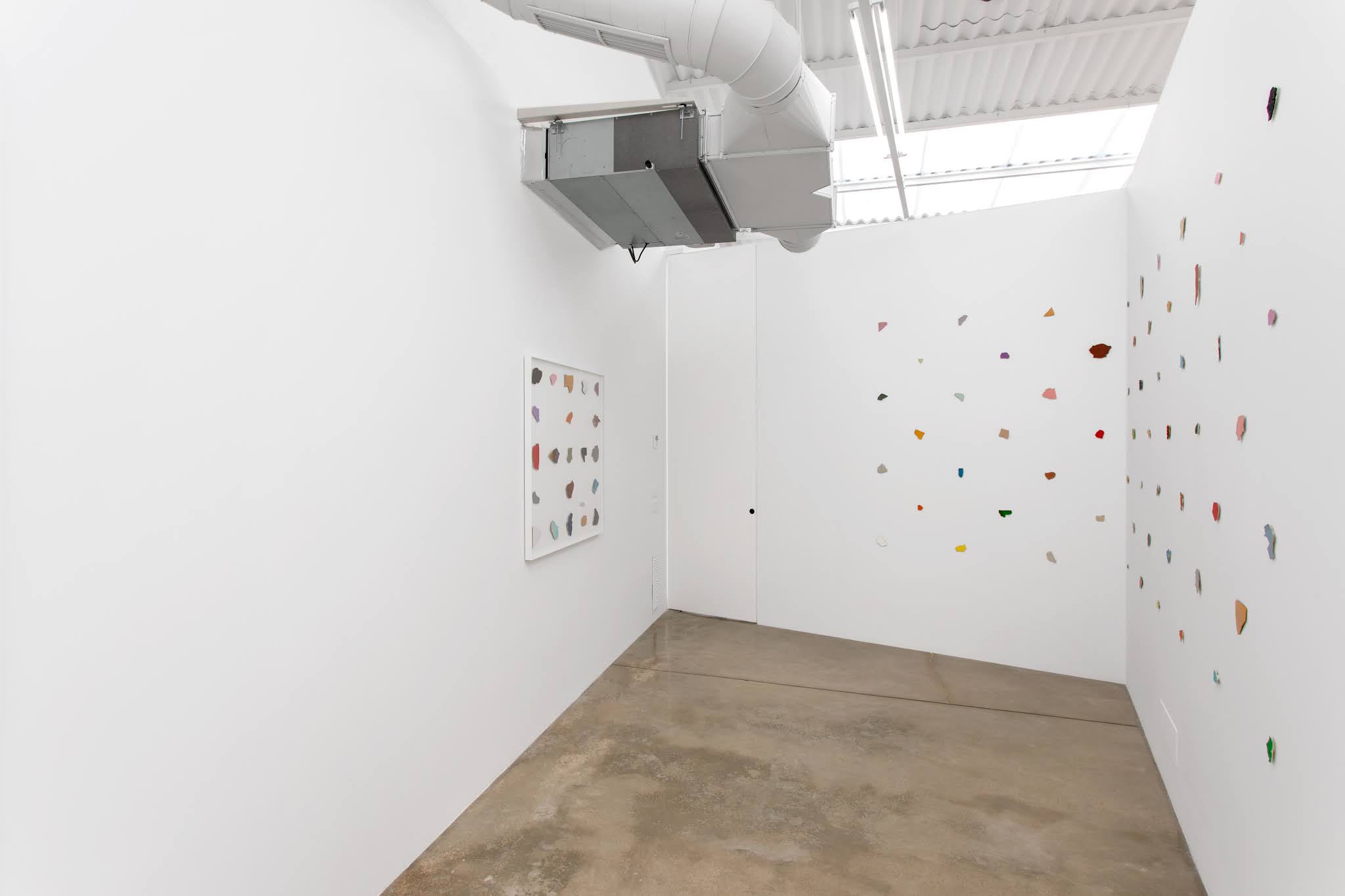 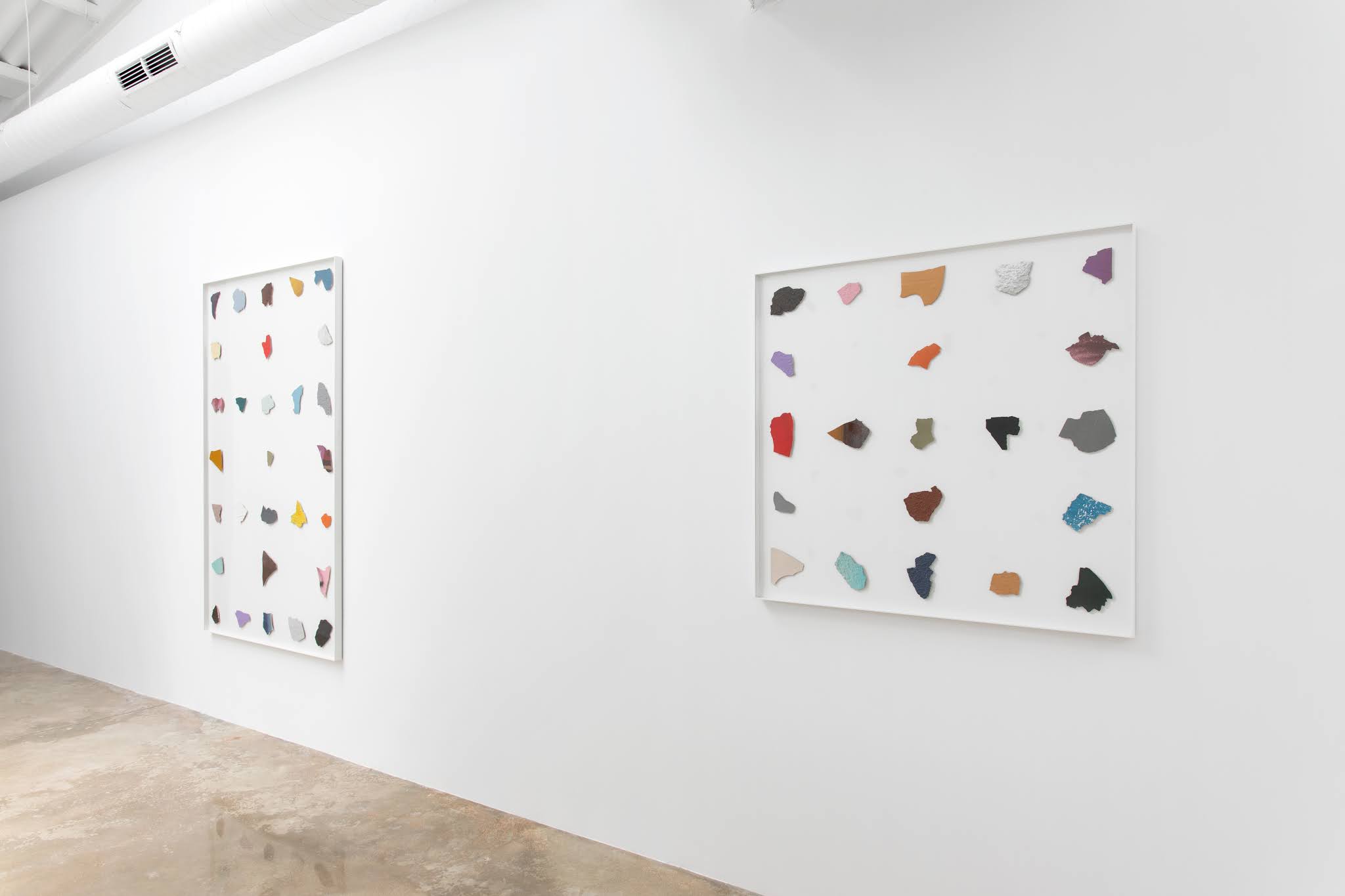 It is as though the practices organizing a bustling city were characterized by blindness. The networks of these moving, intersecting writings compose a manifold story that has neither author nor spectator, shaped out of fragments of trajectories and alterations of spaces: in relation to representations, it remains daily and indefinitely other. – Michel de Certeau The Practice of Everyday Life
Urban space is speckled with agglomerations of people and hundreds of anonymous faces. The majority of city blocks remain largely unauthored objects. Moving rhythmically across stoplights, crosswalks, elevated sidewalks, the movement of human rivers traverse gridded urbanist constructions. The centre swarms at rush hour, the busy gridlocked streets simmering with dust and car exhaust as countless people walk by unnoticed walls coated in peeling layers of coloured paint. Sagging under dry summer air, condensing in cold winter air, bleached by relentless sunshine, hit by storms and wind, the paint buckles and peels away - becoming a decayed remnant of an architectural body.
Alejandro Leonhardt’s series titled Junta de Vecinos is a work that has been under development for nearly a decade. The process begins in Santiago’s gridded center - the colonial city structure is recognisable in its logical geometric design repeated in other Latin American capitals.The practice of walking through urban streets searching for fragments of loose paint from the side of forgotten buildings creates an archive of place and memory. Leonhardt has been collecting, cleansing, preparing, categorising, maintaining, and installing paint fragments from this series in ever-changing site-specific installations that reflect the materiality of our everyday environment.
The materials originate from walls with flaking paint that are identified and specimens are removed. These are brought back to the studio where the process of cleaning, preserving and preparing commence. Once protected, each fragment of wall is categorized and archived in Leonhardt’s collection through a system of formal characteristics. Out of this expanding archive, individual murals and assemblages take a new form. Each fragment belongs to a new configuration of relations where it is liberated from its building but maintains a geographic and historic symbolism related to its place of origin. Performing new associations, the fragments are de-territorialised. Each new configuration gives new life to the archive and a new possibility of relation.
The shards reference the history of painting such as Swiss minimalist Niele Toroni. Working closely with conceptual and early performance artists Daniel Buren and Olivier Mosset, Toroni became known for his evenly-spaced geometric interventions both on canvas and architecture. His recognizable works are painted strokes of rectangular colour 30cm apart – the exact distance used in Junta de Vecinos 10 and 15. In terms of materiality and collecting, Leonhardt references Brazilian artist Jac Leirner whose use of assemblages rely on an expanding collection of everyday objects. Her installations often use repetition to highlight regularity, mass production, and cultural patterns which point to the sameness of an increasingly homogenous globalised world. Similarly, Leonhardt’s shards of paints become unrecognizable – detached from their architectural body, their likeness becomes more visible and their points of origin cease to define them, existing only in the form of a suggestion.
The title of the exhibition Alguien, Nadie, Cualquiera (Someone, No one, Whoever) is a list of imprecise ways to describe human presence without individuality. It reflects the anonymous togetherness of urban space. It might refer to the private lives of individuals that unfolded behind the sources of each paint fragment, or to the crowds that passed them daily. In our recent context, they may begin to represent the alienation of living blocks in which families have been tightly confined next to their anonymous neighbours. They represent bodies in motion, agglomerations, rallies, or acts of protest – the building of a controlled communal body within notions of urbanism. In this exhibition, hundreds of shards build up the works Junta de Vecinos. Each one is a moment of moving and scraping, cleaning and caring for things that could otherwise become dead remnants. In their relational constellation - meaning emerges, maintenance of the pieces gives them new life and status. Like Michel de Certeau’s The Practice of Everyday Life, Leonhardt’s collection arises from a performed living choreography that represents our symbiosis with an always deteriorating material world.
- Àngels Miralda
Tags Alejandro Leonhardt, Àngels Miralda, L21, Lazy exhibitions, Palma de Mallorca
Newer Post Older Post Home