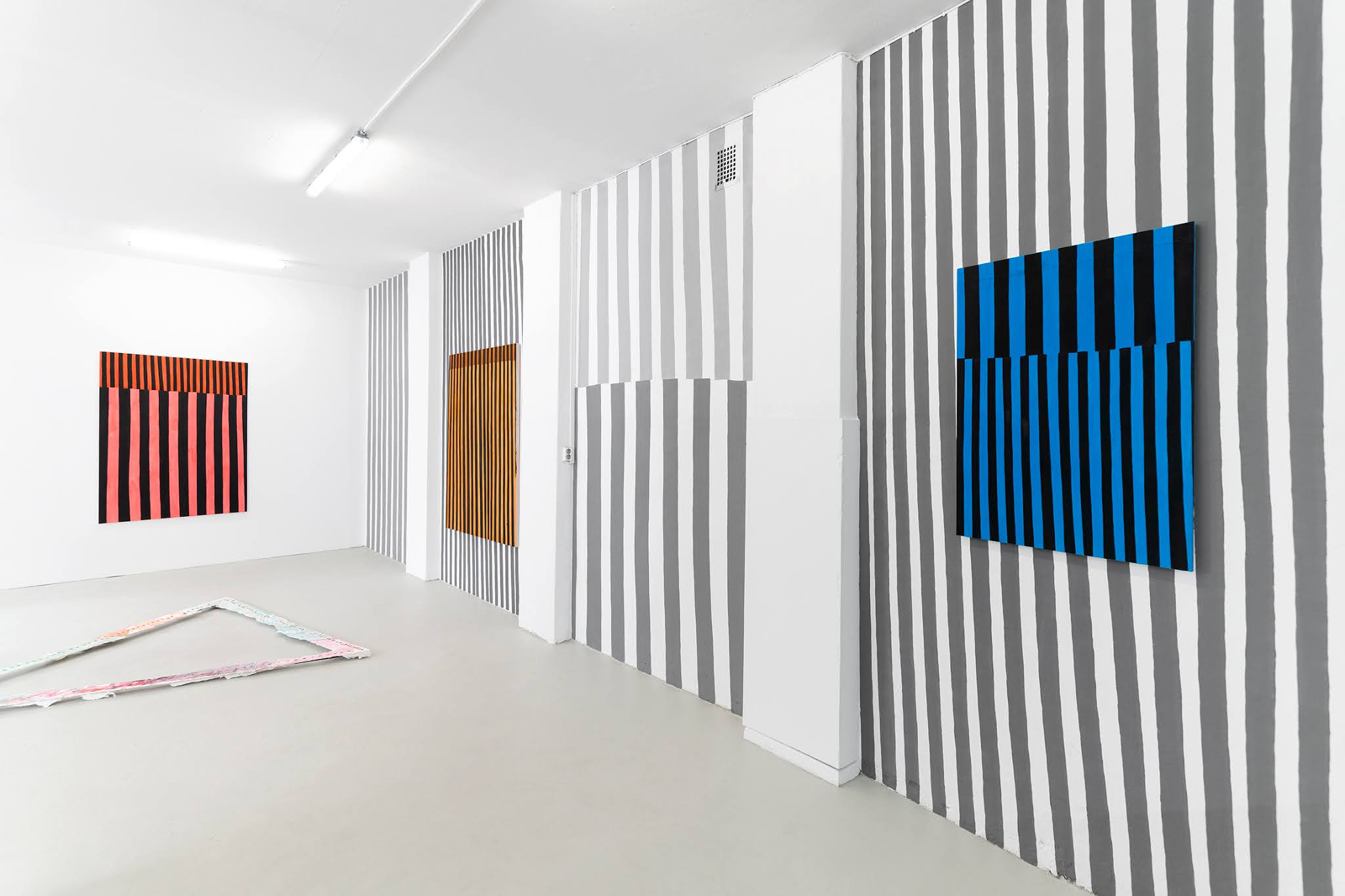 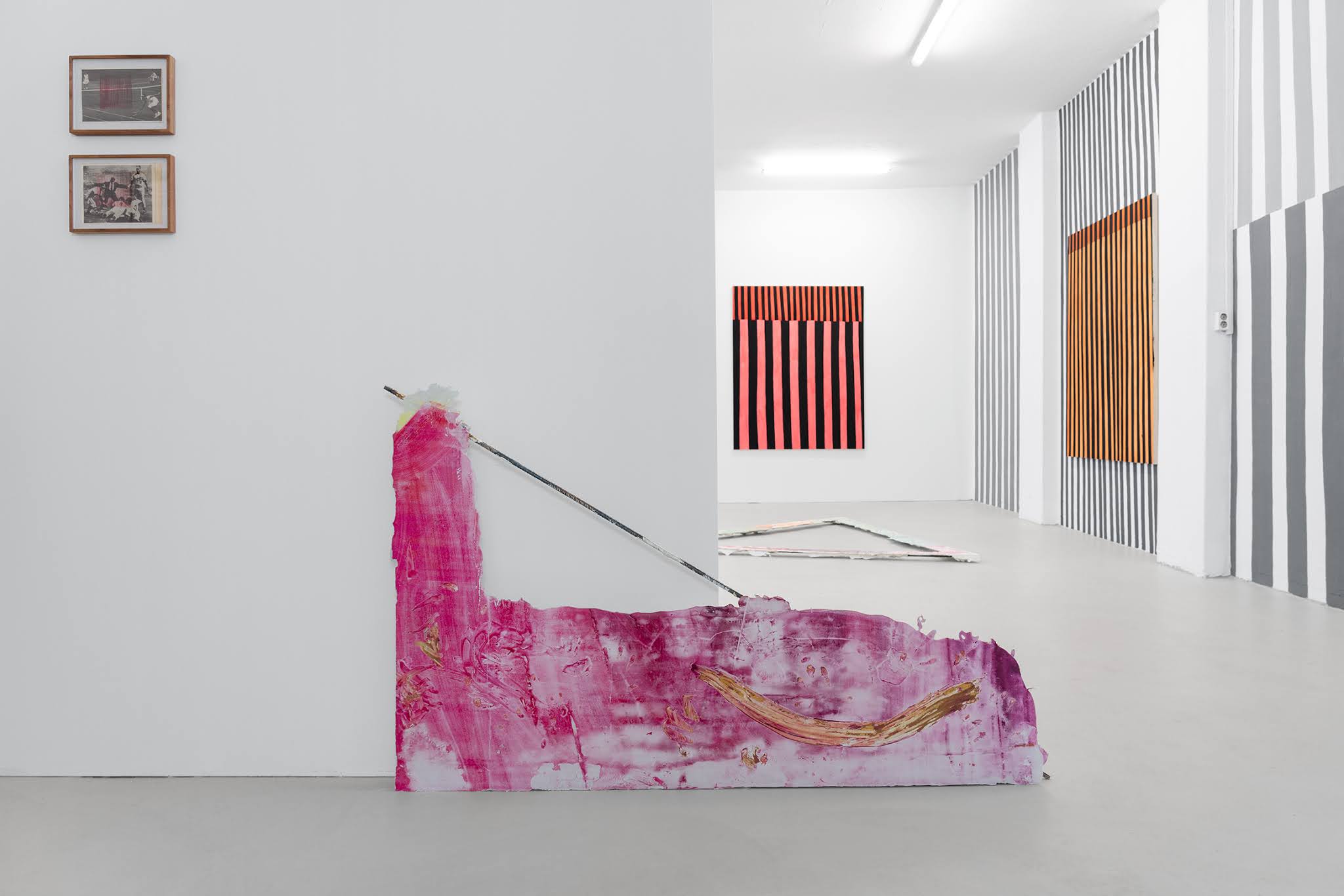 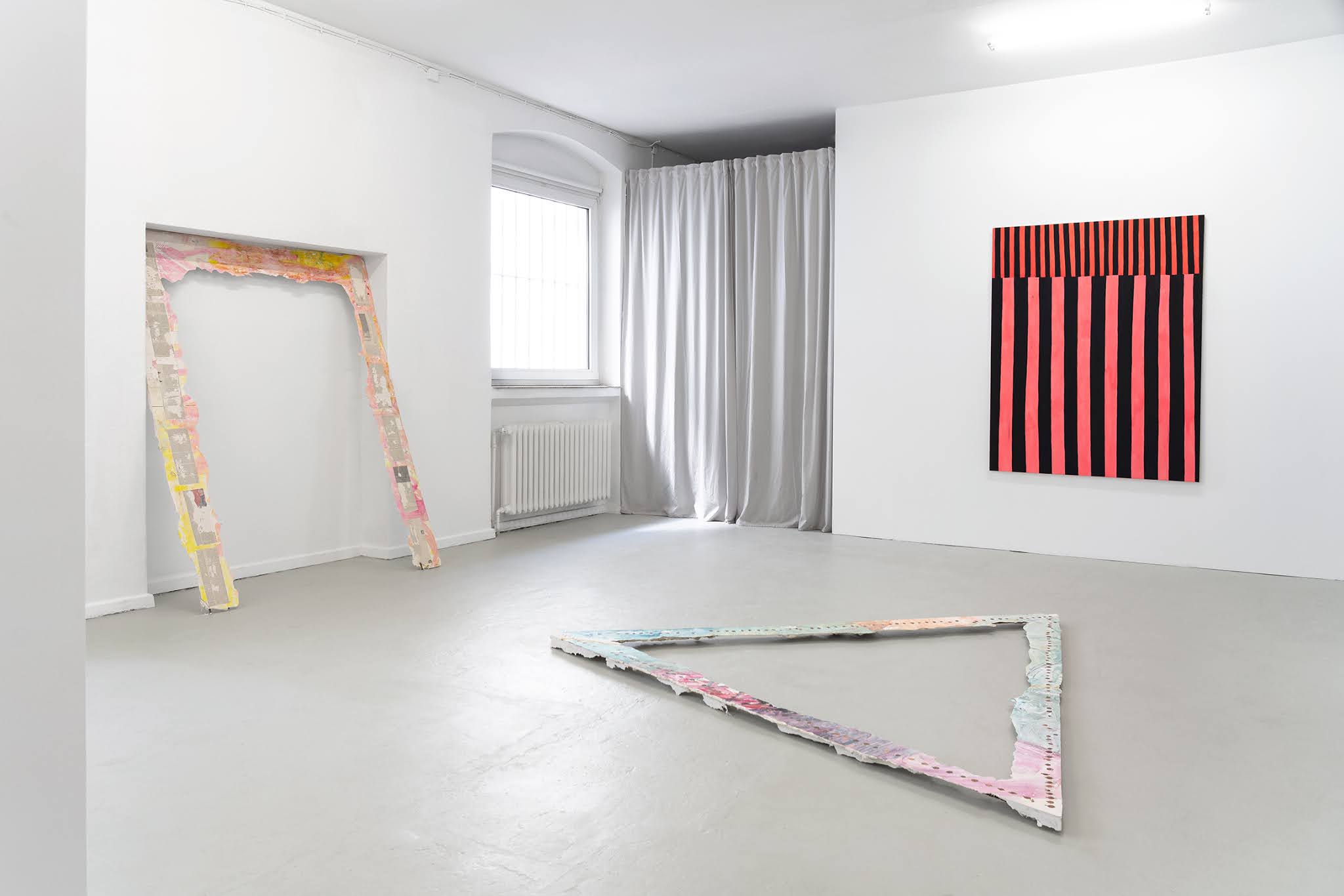 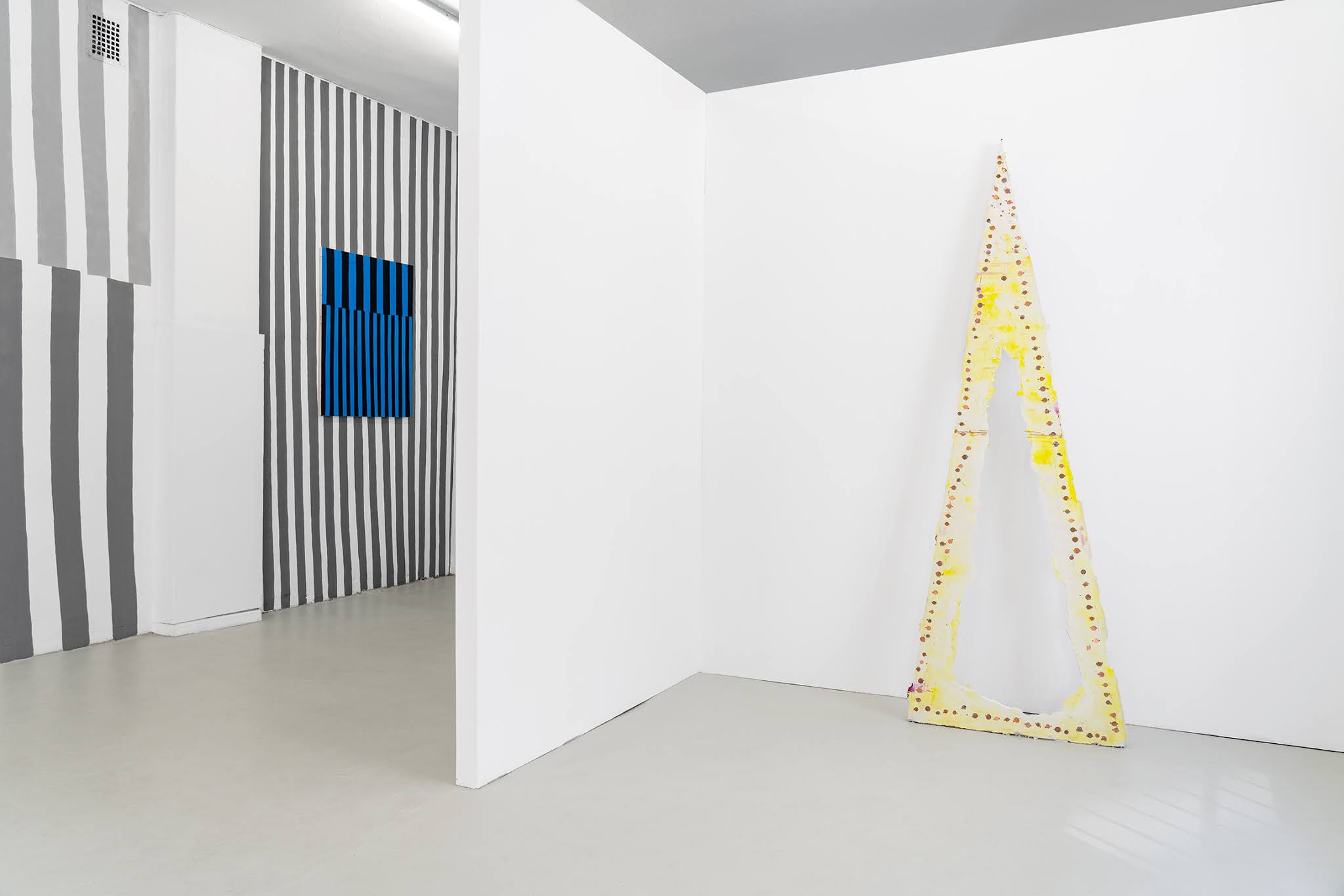 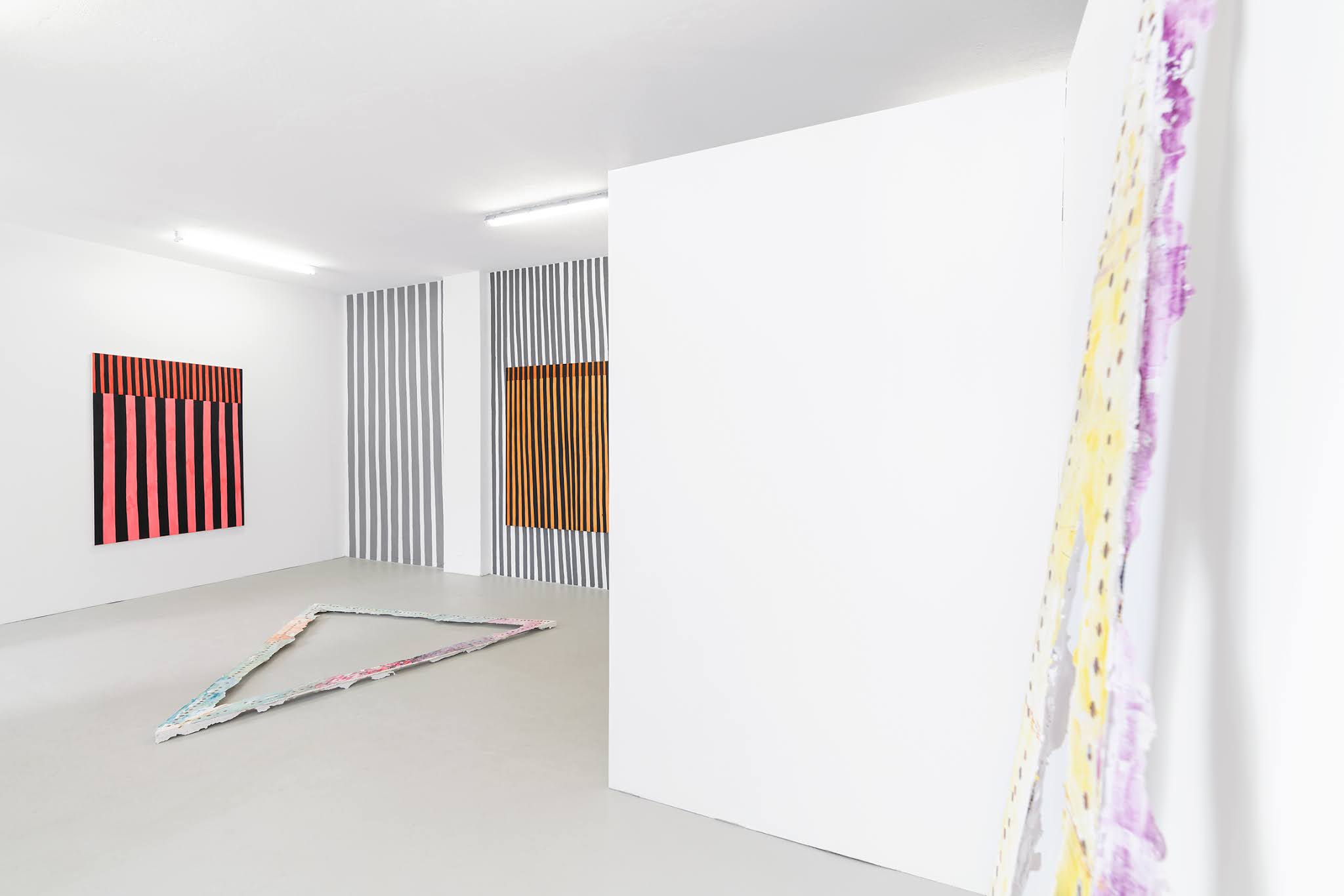 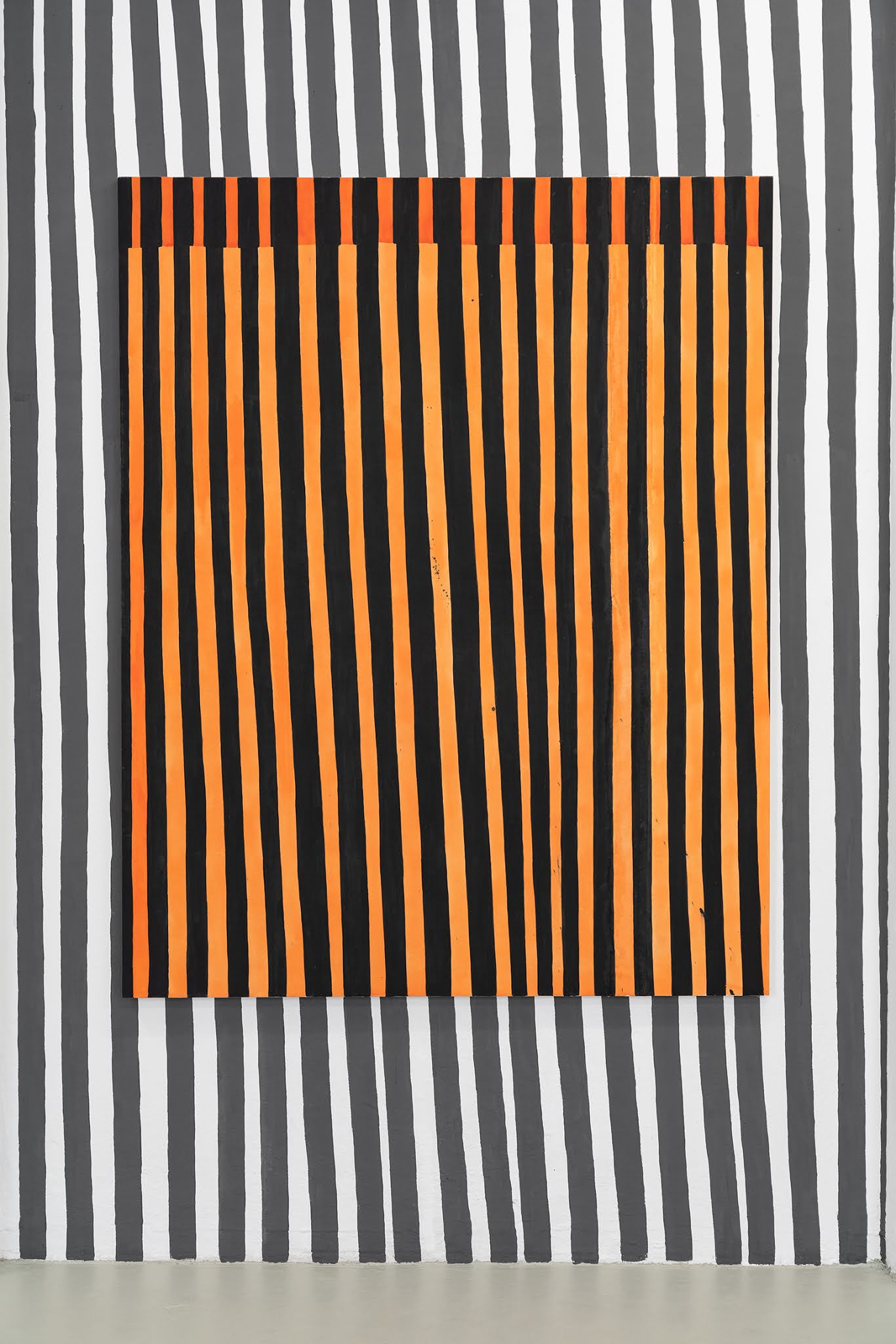 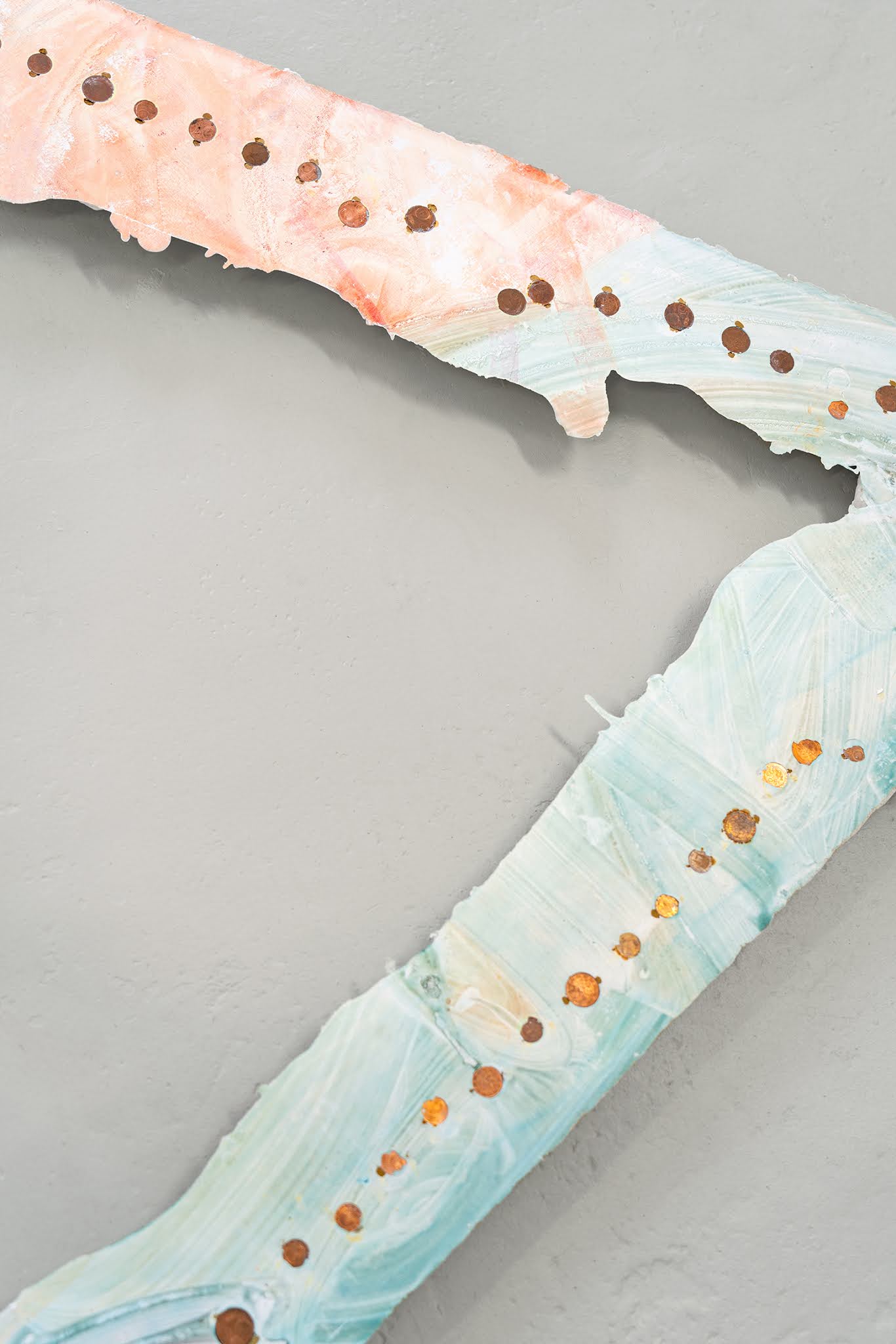 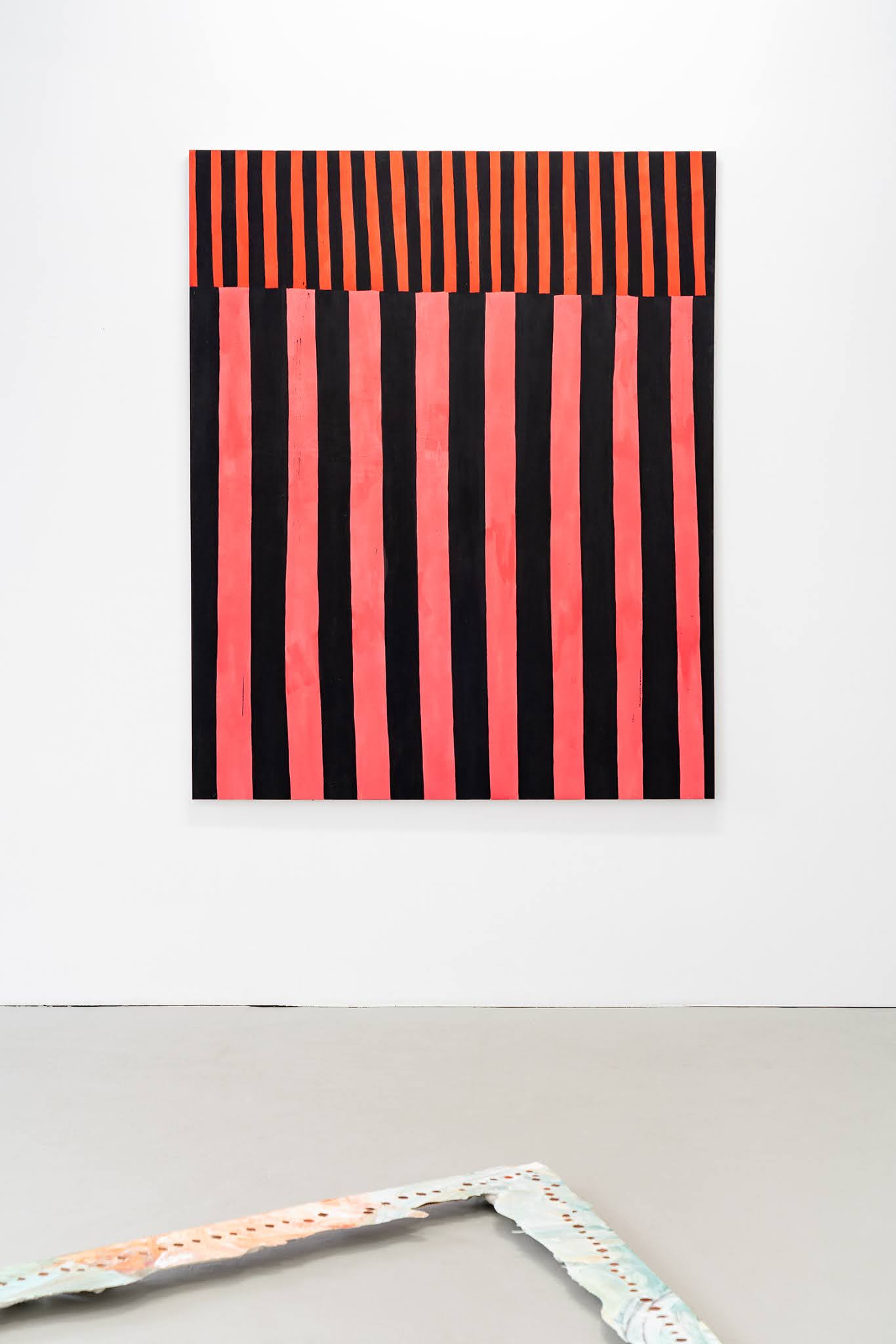 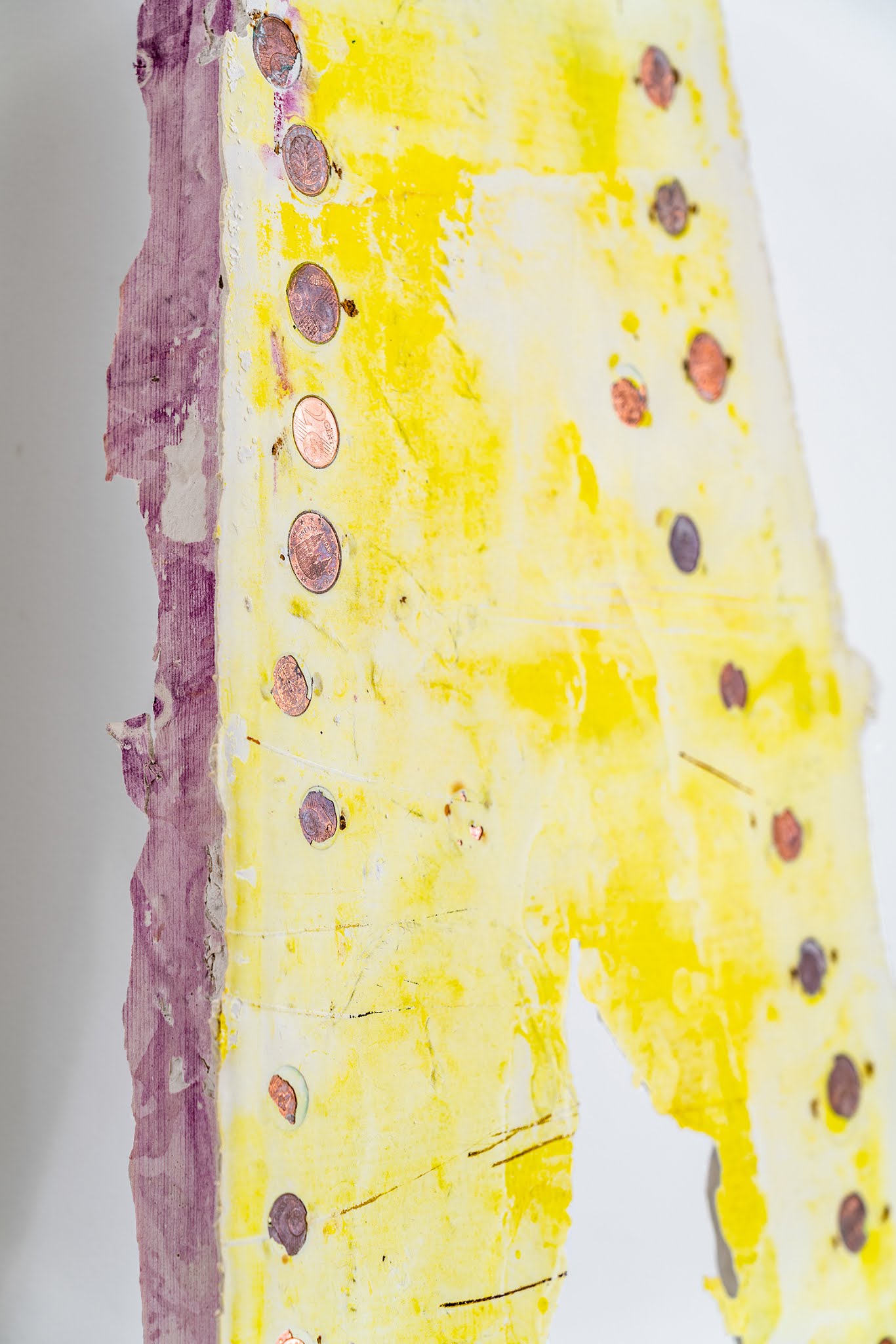 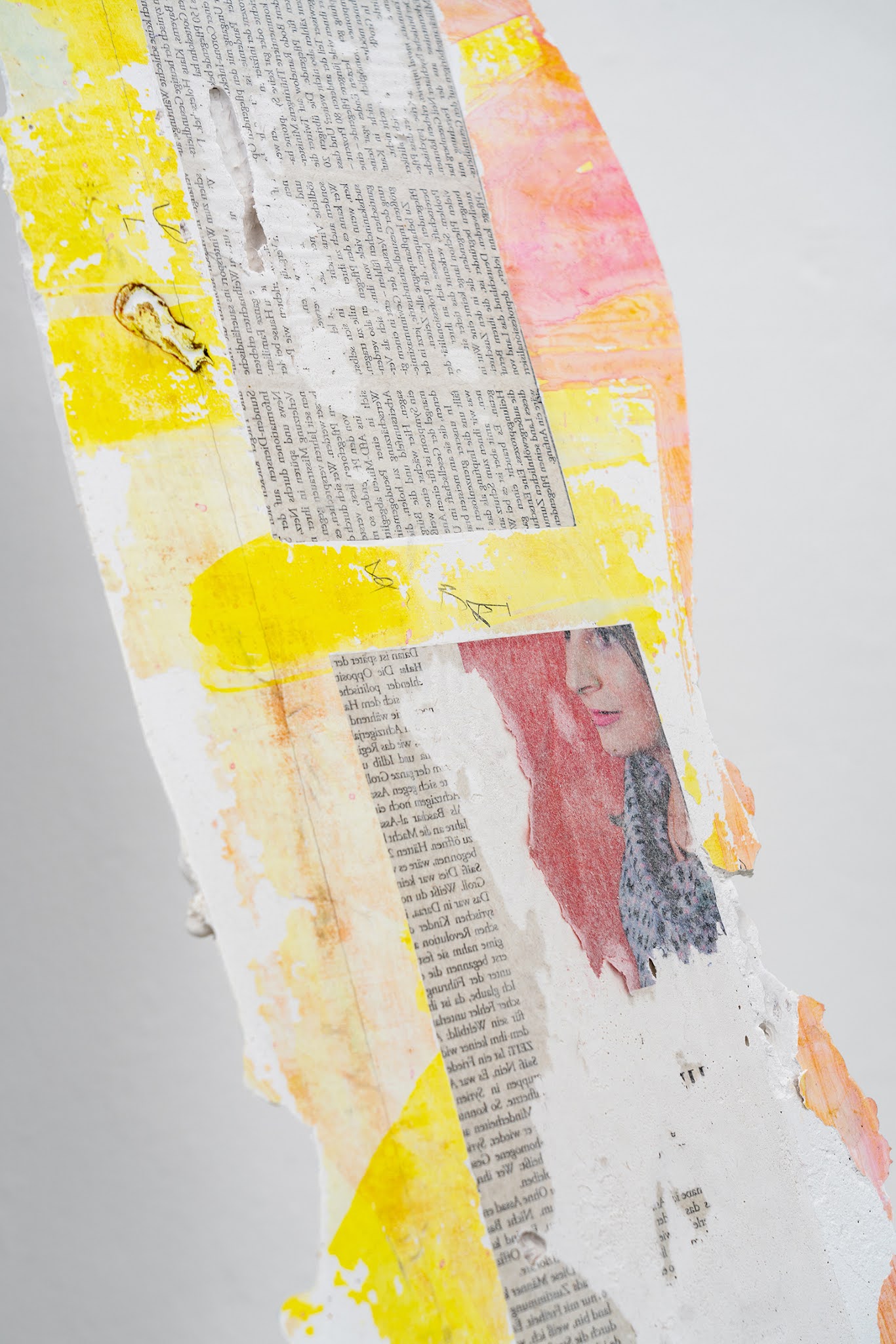 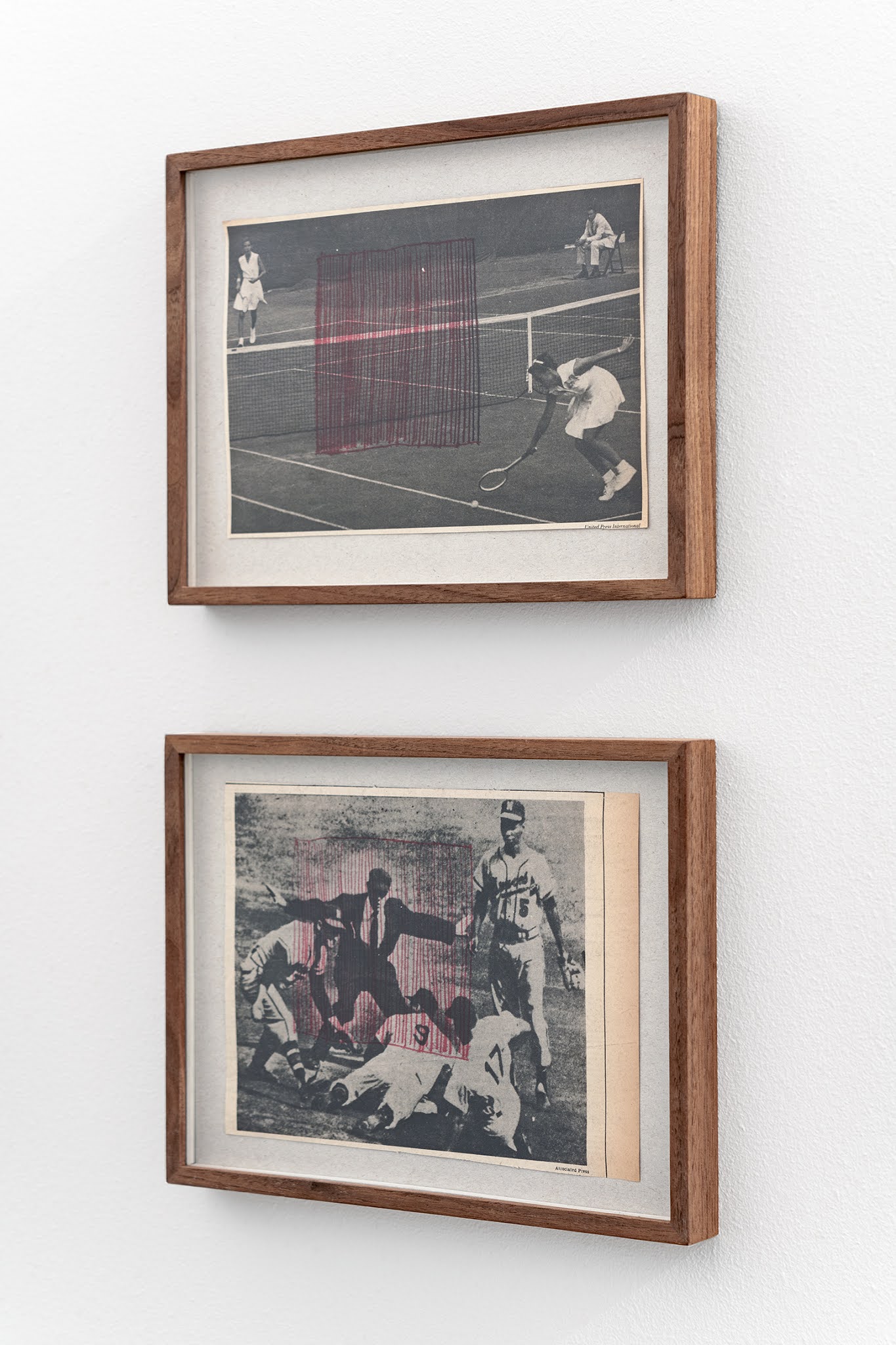 We have essentially overtaken everything. Everything is “post”—that is, already

afterward. Post-internet, post-capitalism, post-modernism. Were we too slow? Are

faster and faster ourselves? By processing things even more efficiently and

rigorously? Only by growing can we survive, cries the unfettered neoliberal market

that surrounds us. “If acceleration is the problem, then resonance may be the

solution,” proclaims Hartmut Rosa, however, in his book Resonance—A Sociology of

our Relationship to the World. He postulates the hypothesis that “an aimless and

interminable compulsion to increase […] ultimately leads to a problematic, even

pathological relationship to the world […].”[1] For where should we position ourselves once we realize that higher, faster, and further are no longer attractive categories? The artists Lotta Bartoschewski and Sophia Domagala explore Hartmut Rosa’s concept of “world appropriation” in their exhibition of the same name, Weltaneignung. After all, every work of art is always an attempt to situate ourselves

in the world and to determine the exact coordinates between which we operate. At the same time, we appropriate the world through art, through the fact that we are producing something, and evade this aforementioned urge for more—because the things that are being produced here are not subject to any market-inherent logic. Lotta Bartoschewski often uses objects that are not only unconstrained by any market-inherent logic, but also those that we would otherwise reject: one-cent coins

that we have been collecting forever, only to never get round to taking them to the bank, old newspapers with yesterday’s news.

Here in Hanover, an isosceles triangle seems to float above the ground. It invites

visitors to react to it—makes them, even. Because the triangle is placed in the

middle of the space, they have to respond to it: Do they walk around it? Do they step

over it? This narrative opens up a reciprocal game between body and space. The

surfaces of the plaster sculptures, made especially for the space, reveal the negative

imprints of the molds, whose interior Bartoschewski painted and lined. The plaster

records everything, accurately reproducing all the information fed to it previously.

What is then depicted in the plaster is the mirrored trace of human activity. Every

fingerprint, every fiber is visible. One-cent coins are gathered on the structure like

jewelry; through the images imprinted on the coins, they tell their own stories of the

circulation of value and the meanings attributed to them. Another sculpture, a

clippings. Their raison d’être is no longer drawn from the news they proclaim, but

from the fact that they can be used in a different way. They, too, are only

recognizable in their mirrored form due to the printing process. Bartoschewski places

them in a different context and gives them a new purpose, one that is no longer

linked to usefulness and efficiency.

Sophia Domagala’s striped paintings are positioned differently. They are an endless

sequence of repetitions and the same gestures, softened only by small

discontinuities. The line is the simplest and most universal form, yet also the greatest

and most radical challenge. For no freely painted line will ever be perfect; even the

attempt is doomed to fail. They act like a grid through which a window to the world

emerges. Something that frames the main action and offers it a stage. The space in

each stripe thoroughly, like a word. While there was sometimes writing in her work in

the past, it has given way to stripes here, which now take on the task of

corresponding with the viewer. For isn’t writing ultimately stripes and lines strung

over a newspaper clipping, as a wall painting, or on canvas. In each instance they

establish new spaces and enter into direct correspondence with the viewer. In each

stripe lies a new chance, a new attempt. All are the same yet each one is different.

to the world. That is precisely why it is interesting to look at them together. If you

wanted to break it down, you could say: Bartoschewski works disruptively, Domagala

repetitively. According to Rosa, art “keeps your mind open to the fact […] that

another relationship to the world is possible.”[2 ]We thus learn the different ways in

into correspondence with it. Without any acceleration, only the ability to immerse

ourselves in contemplation. Because when Nas asks, “Whose world is this?”, the

only correct answer is one that Rosa would also like: “The world is yours, the world is

Laura Helena Wurth: “Weltaneignung (World Appropriation)”, on occasion of the

Laura Helena Wurth is an author. She lives and works in Berlin.