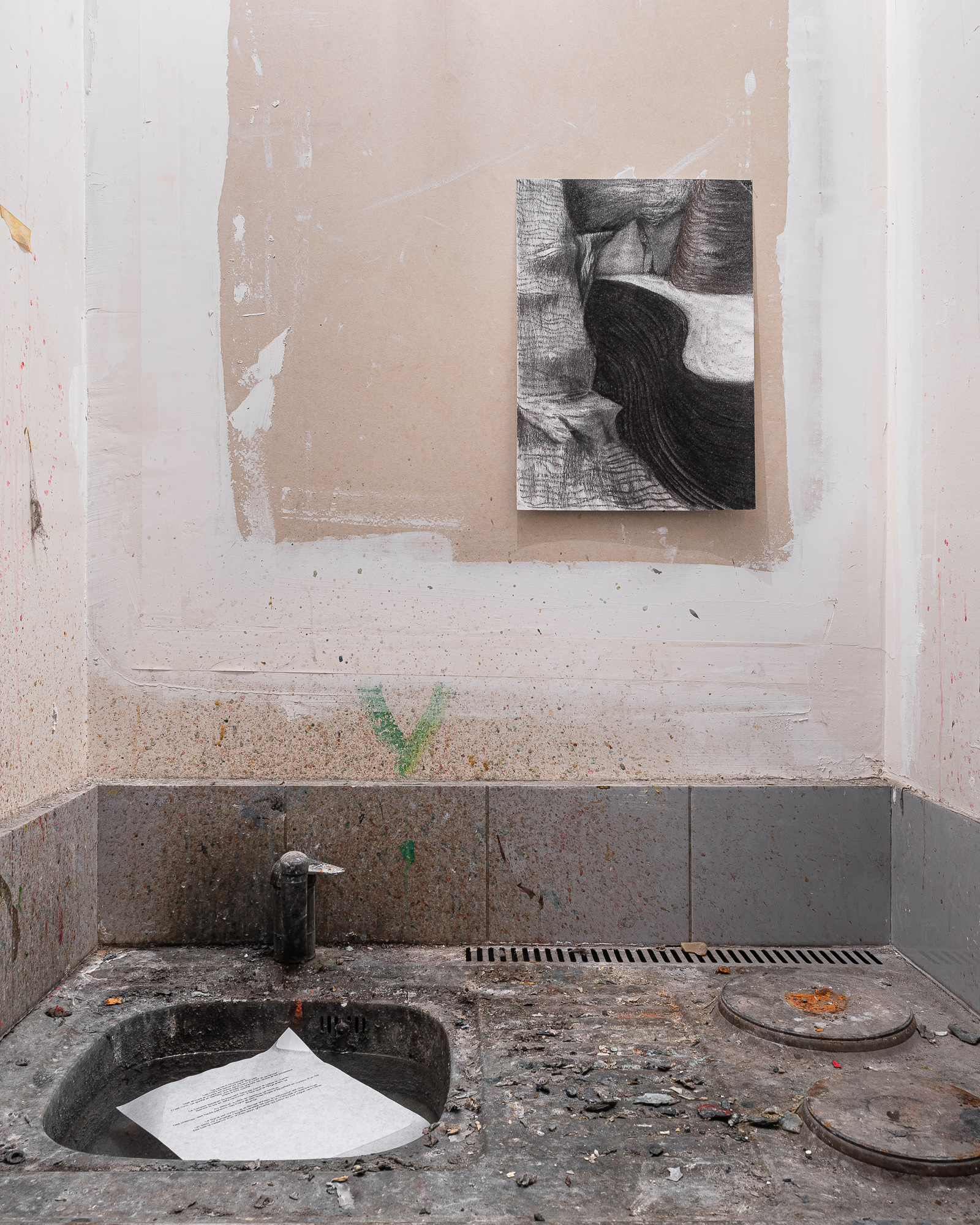 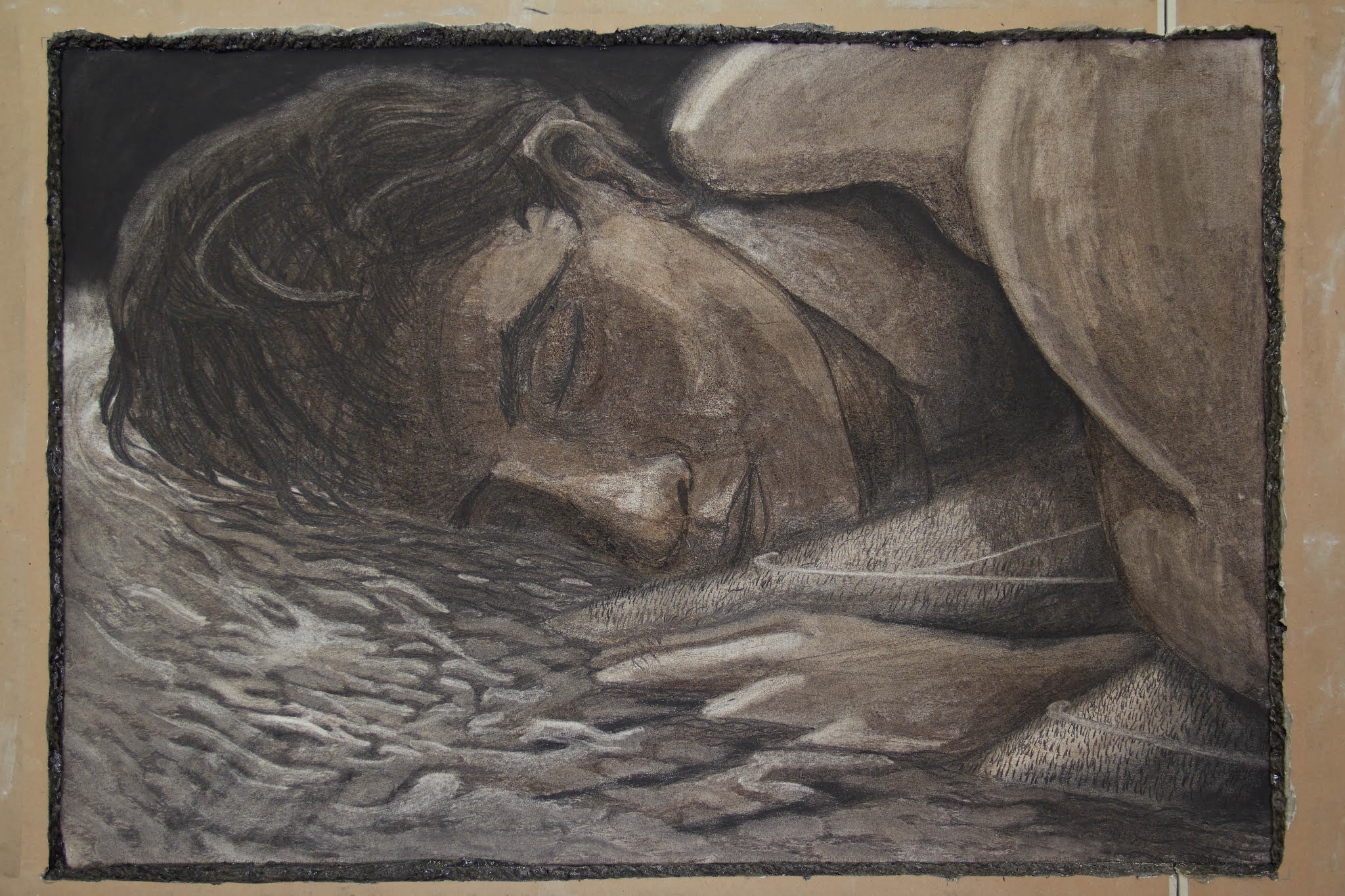 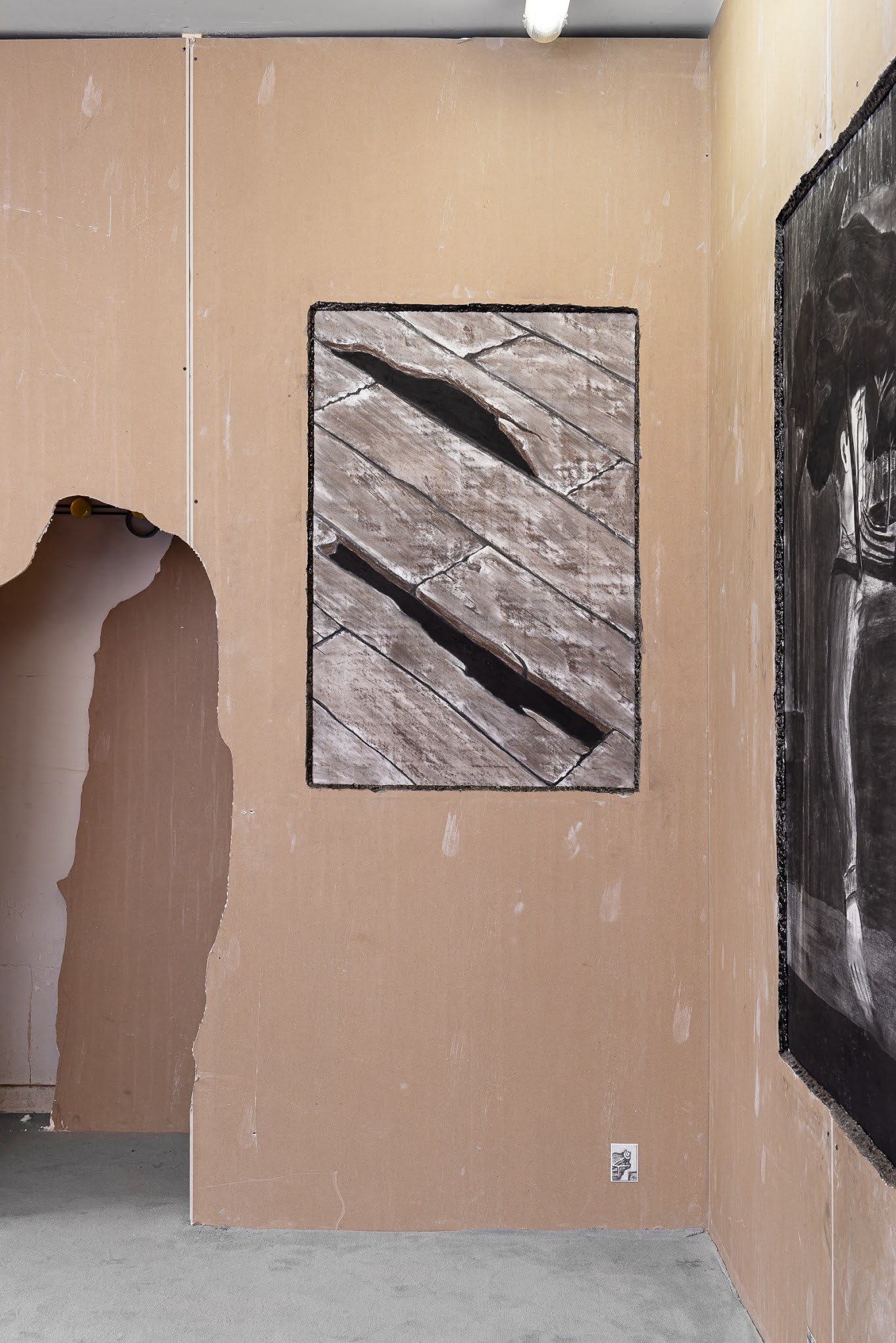 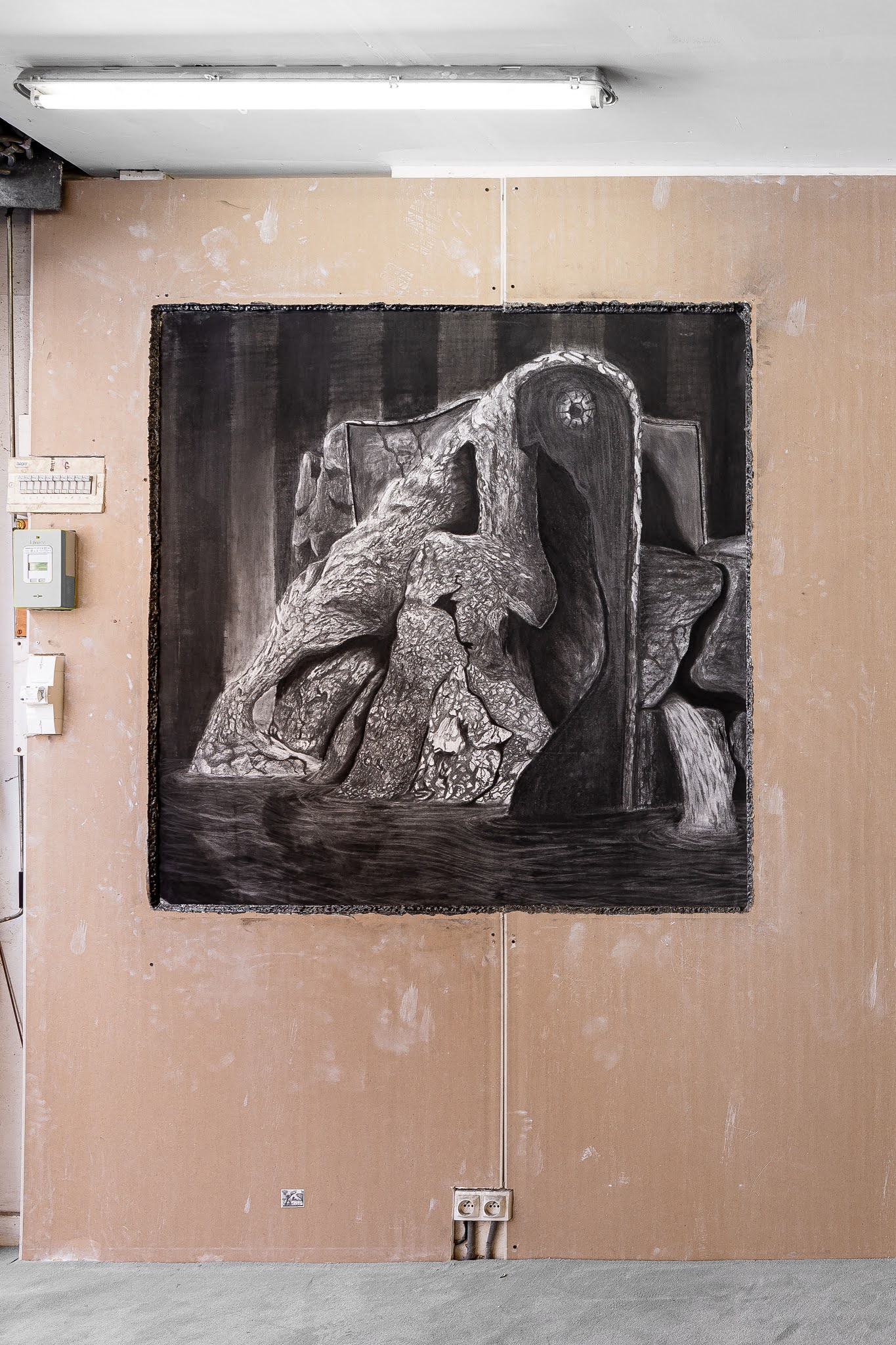 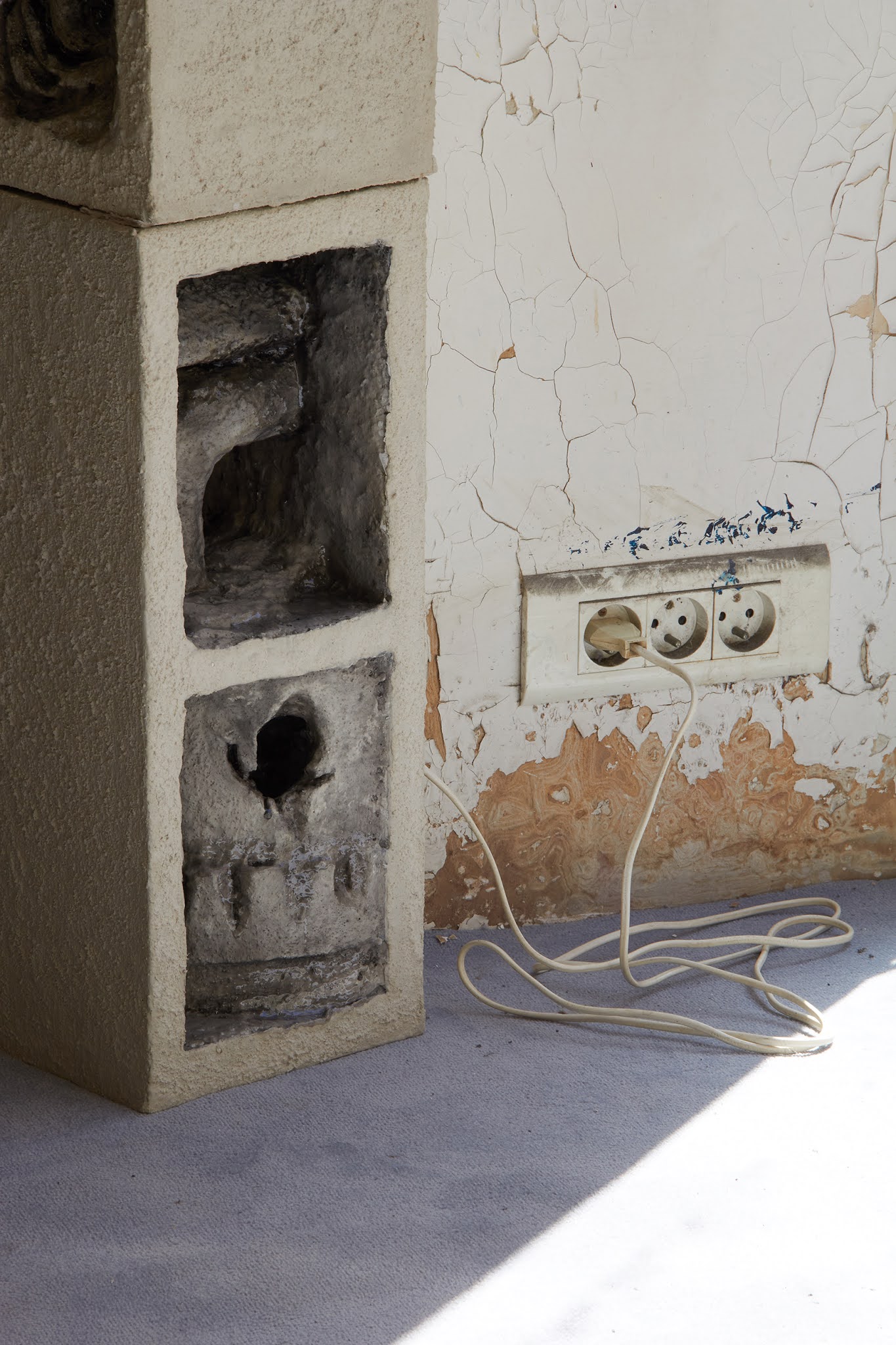 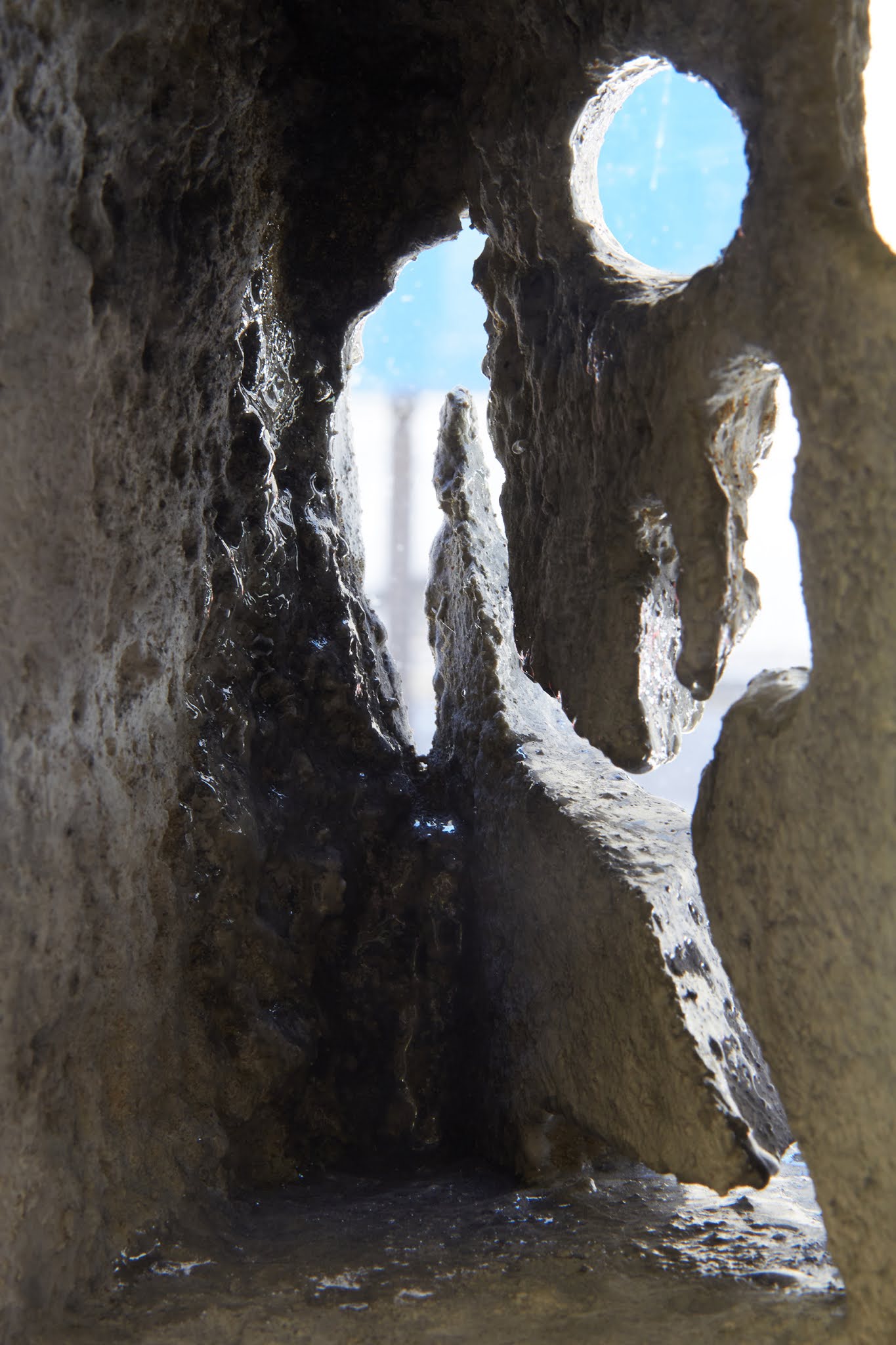 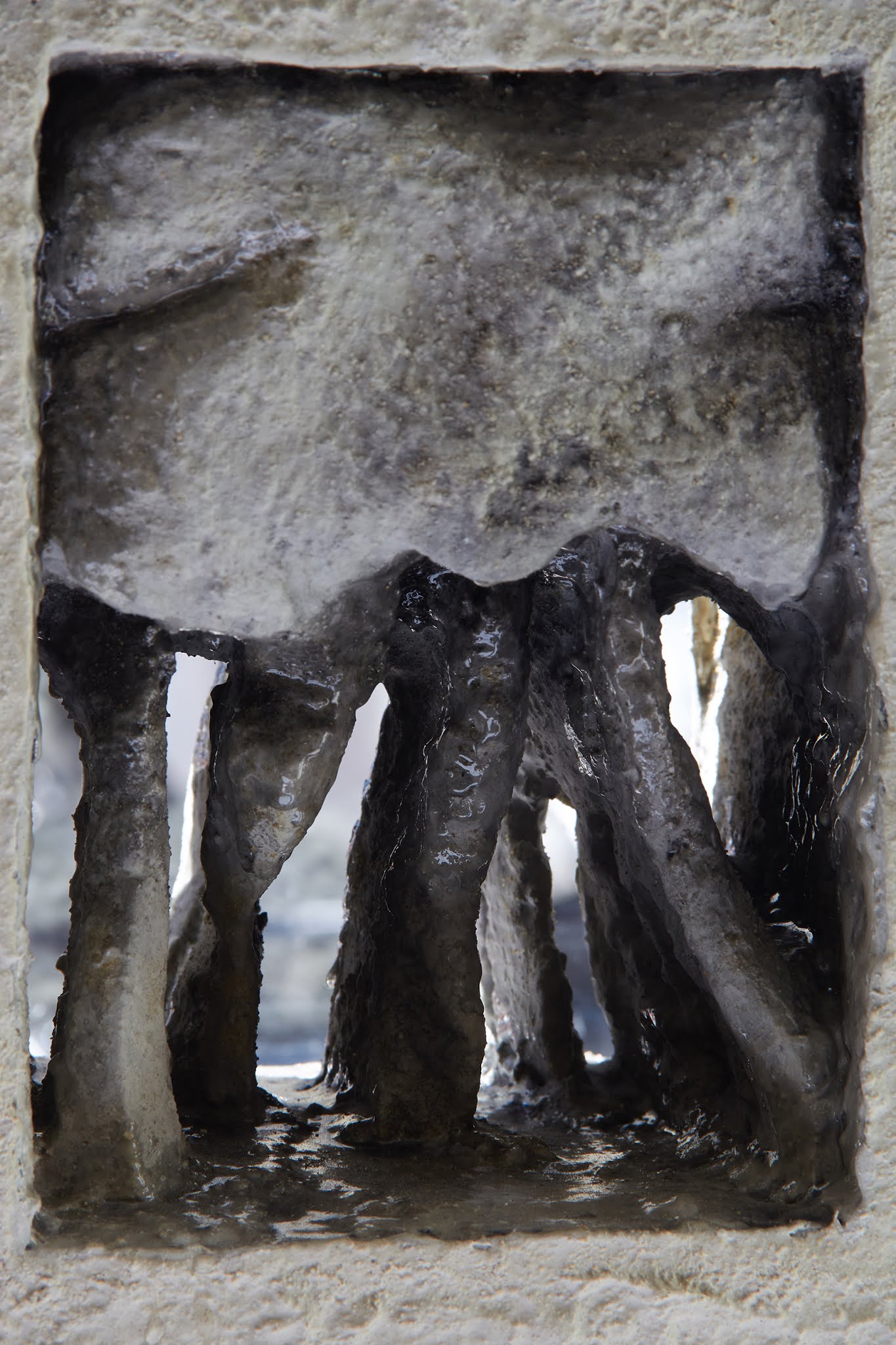 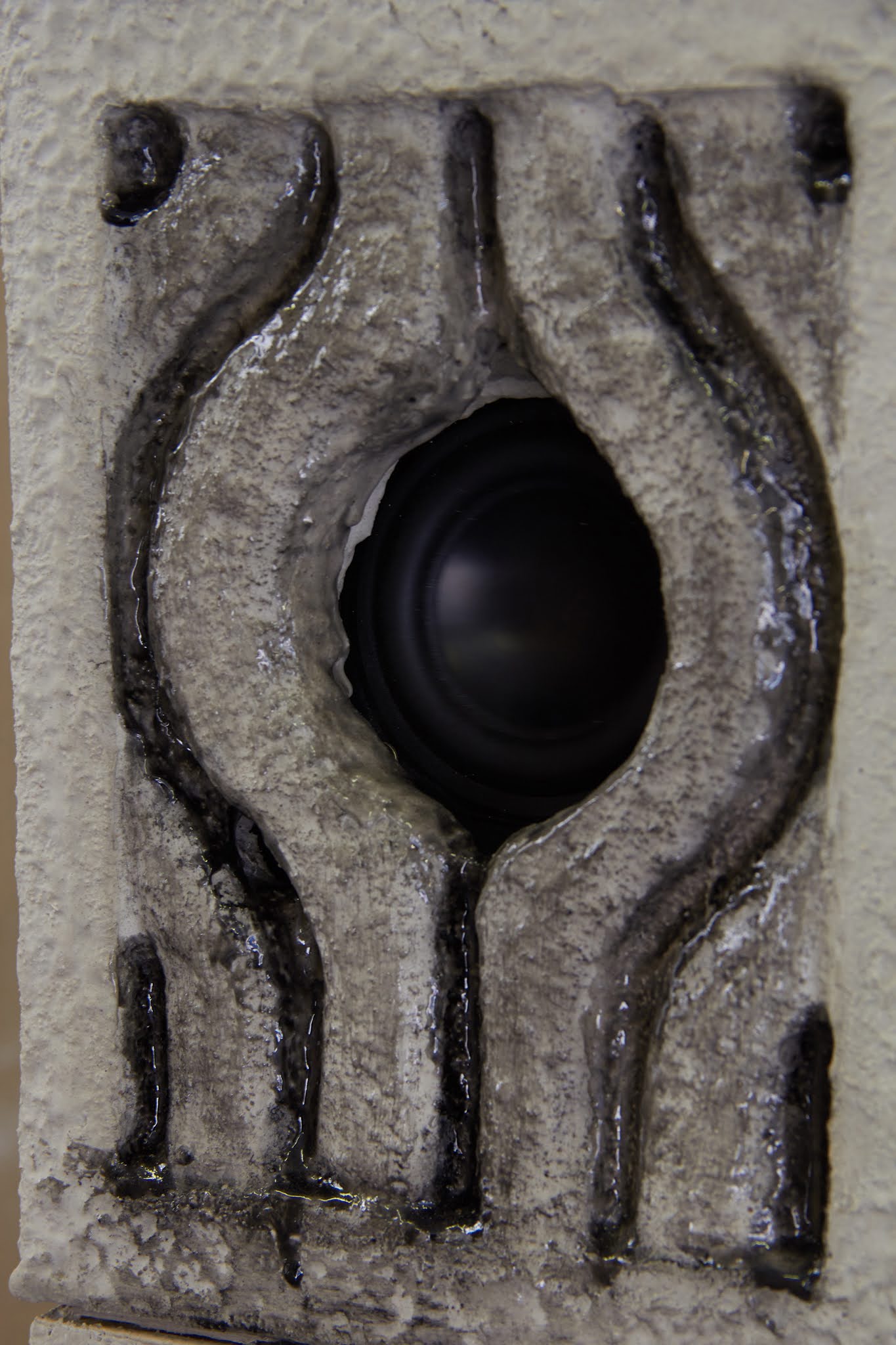 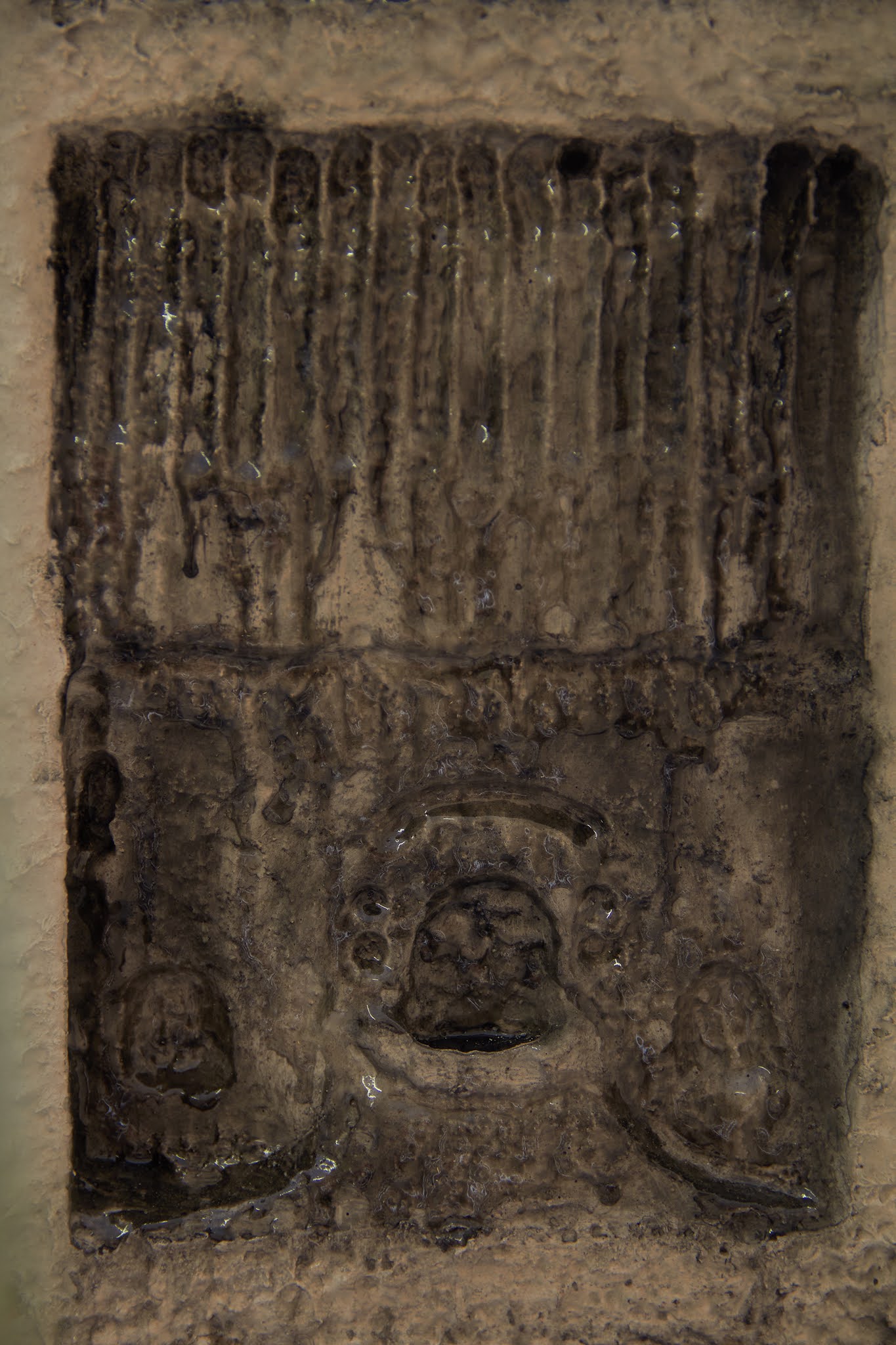 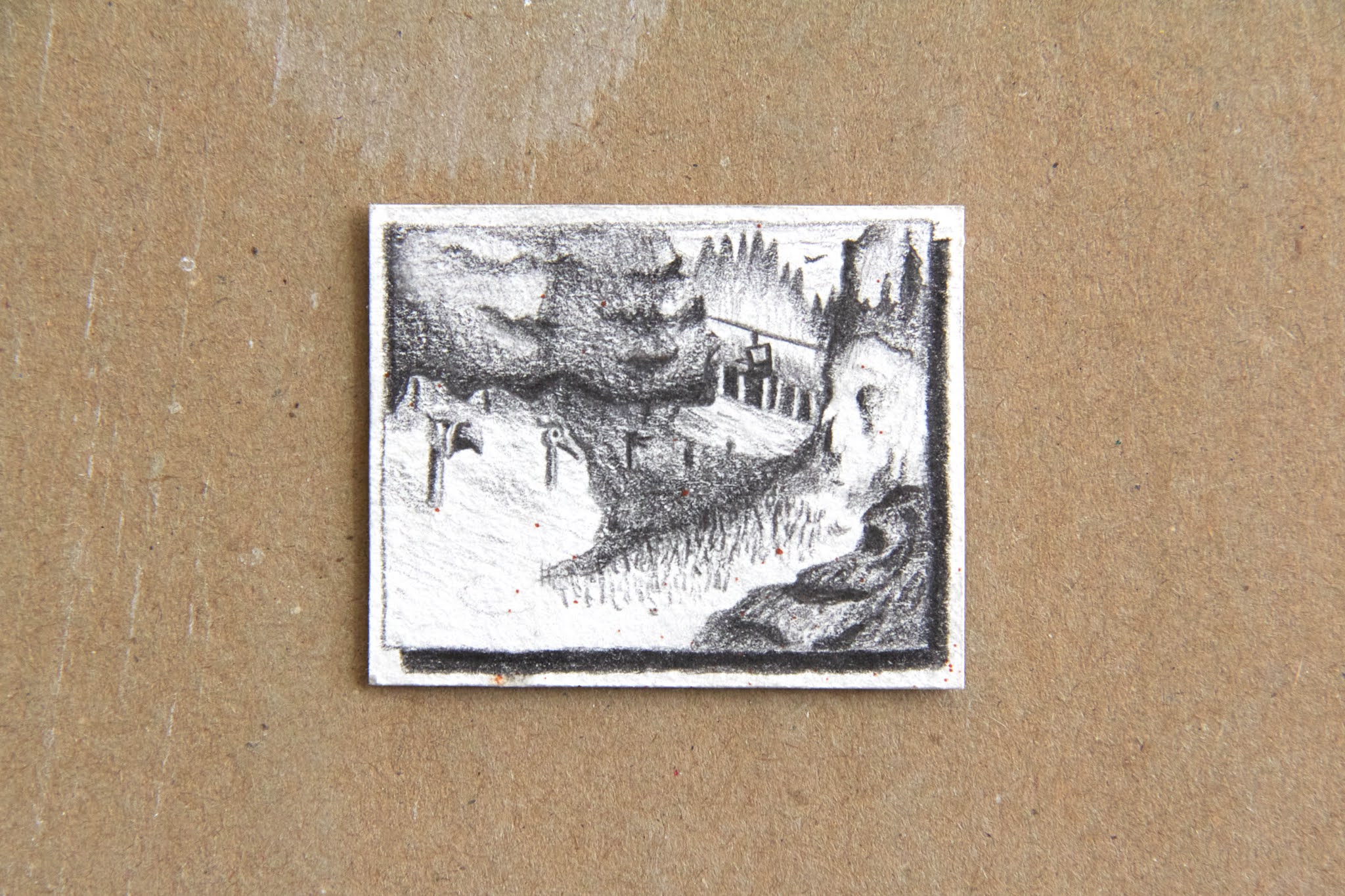 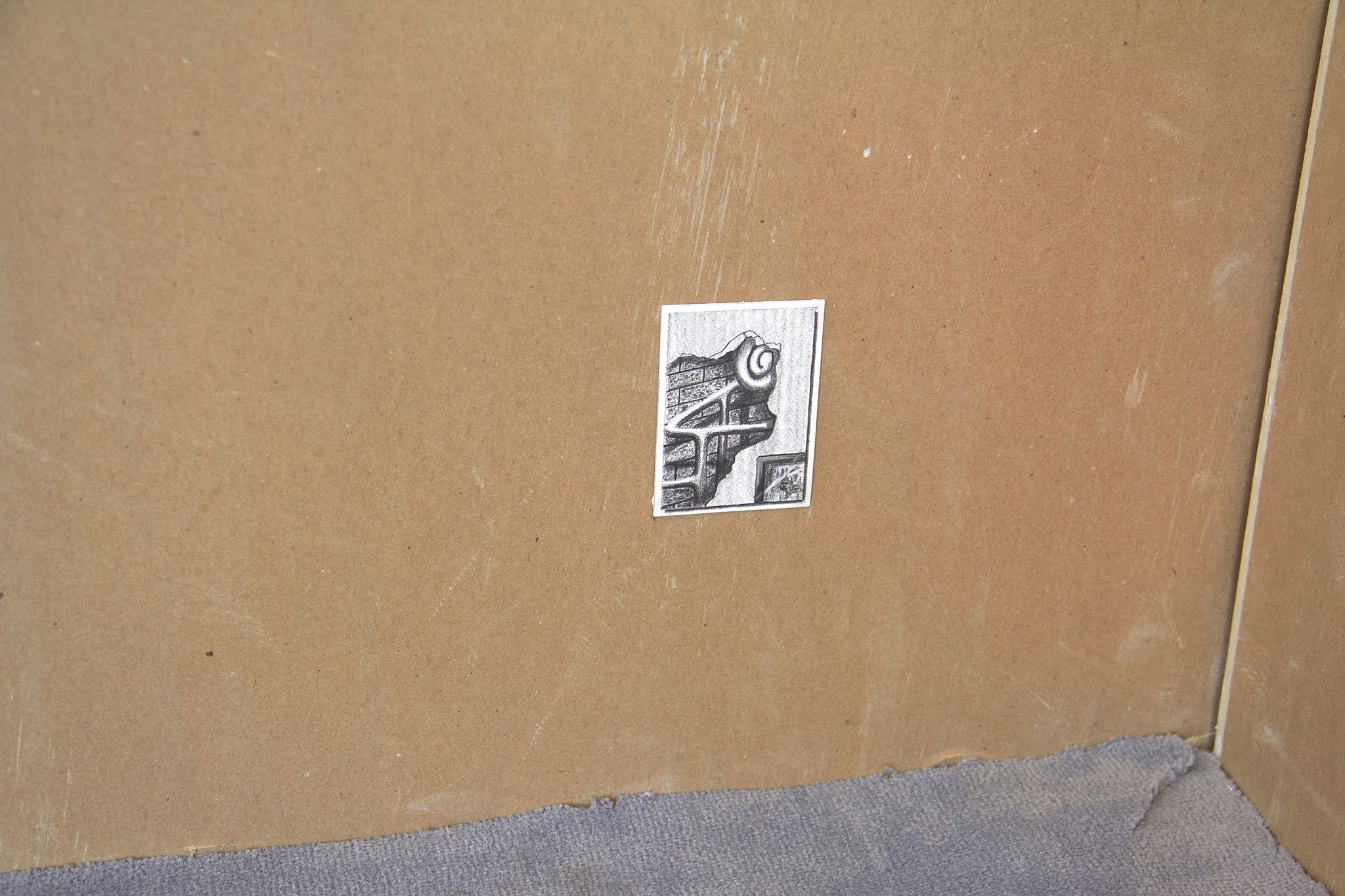 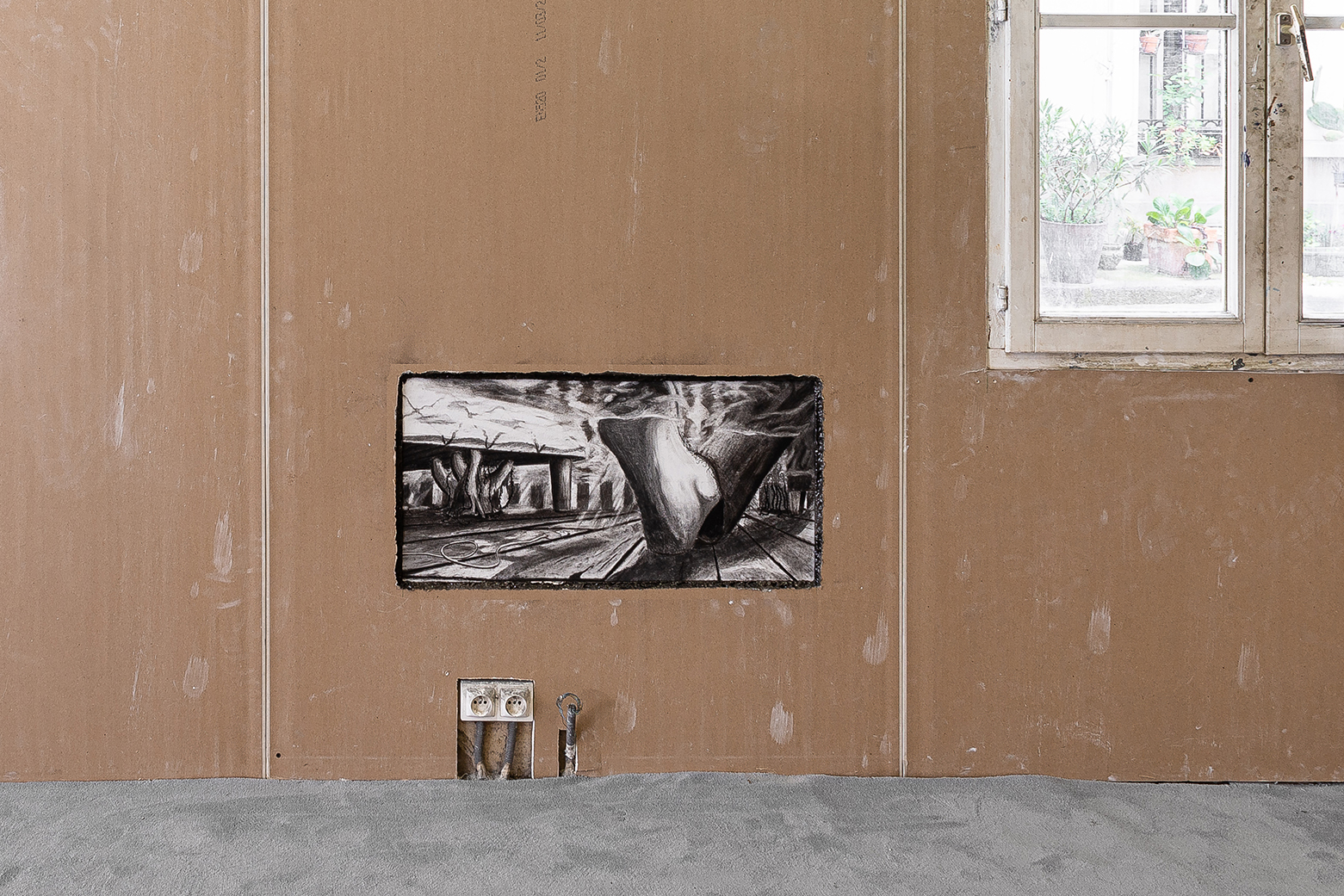 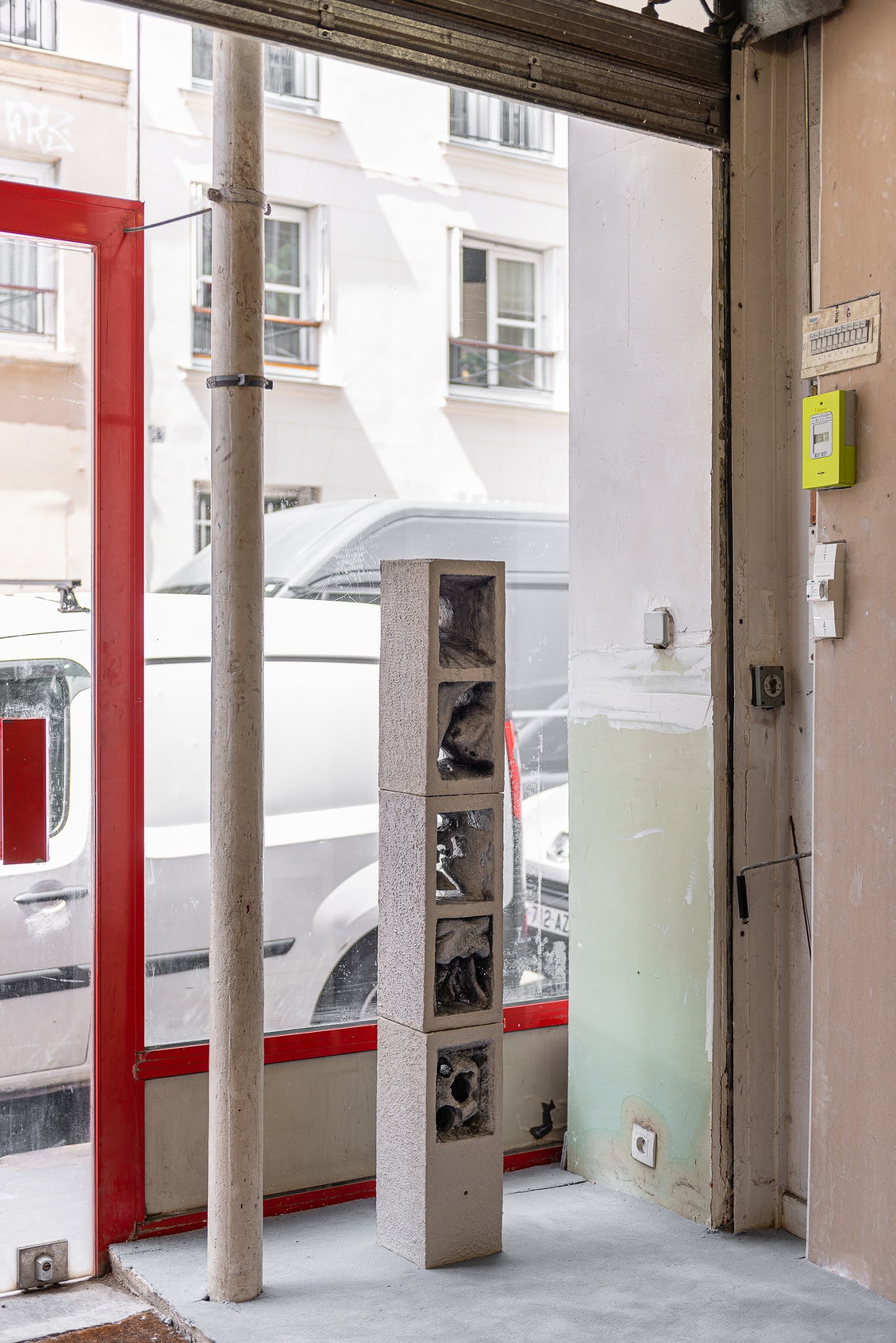 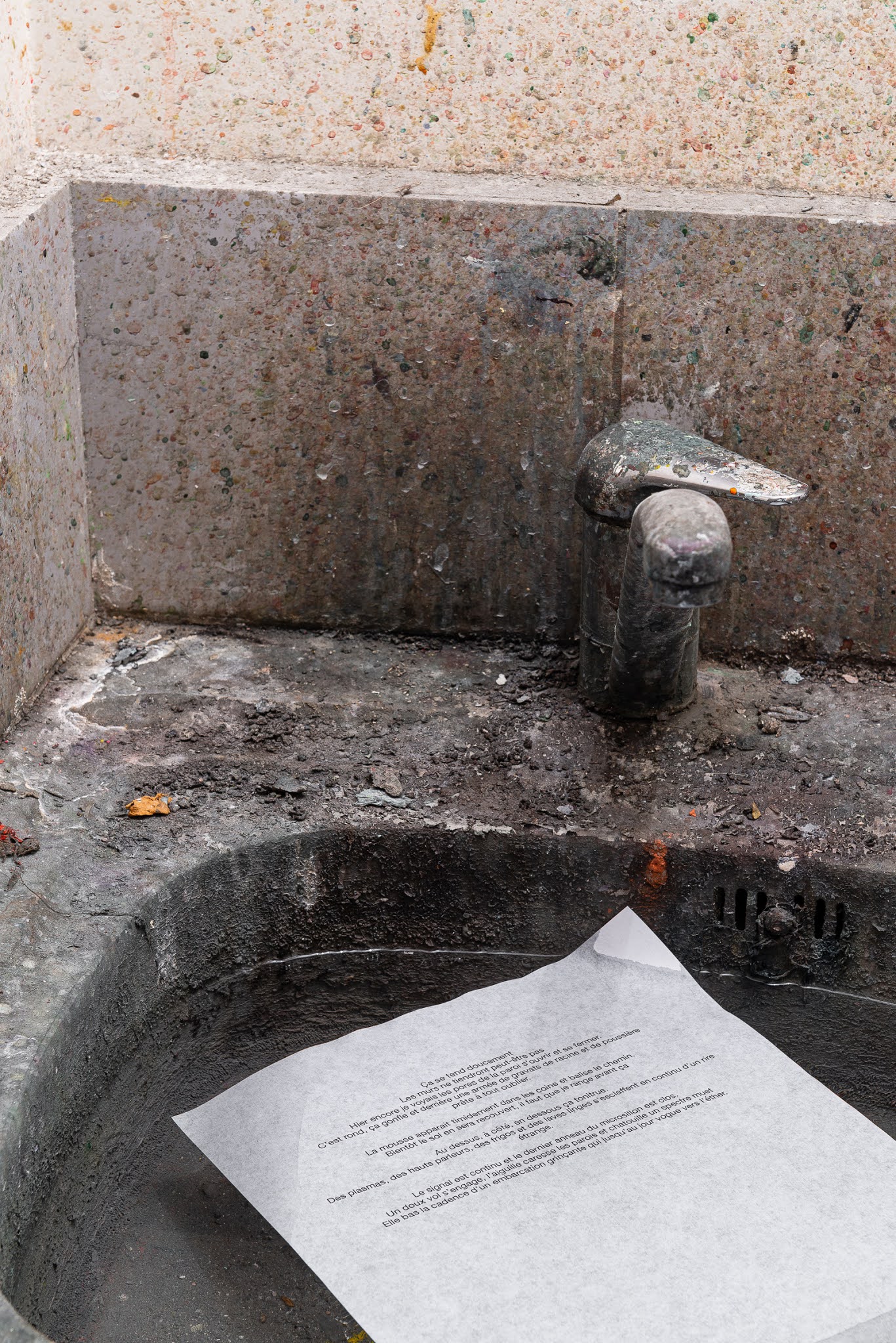 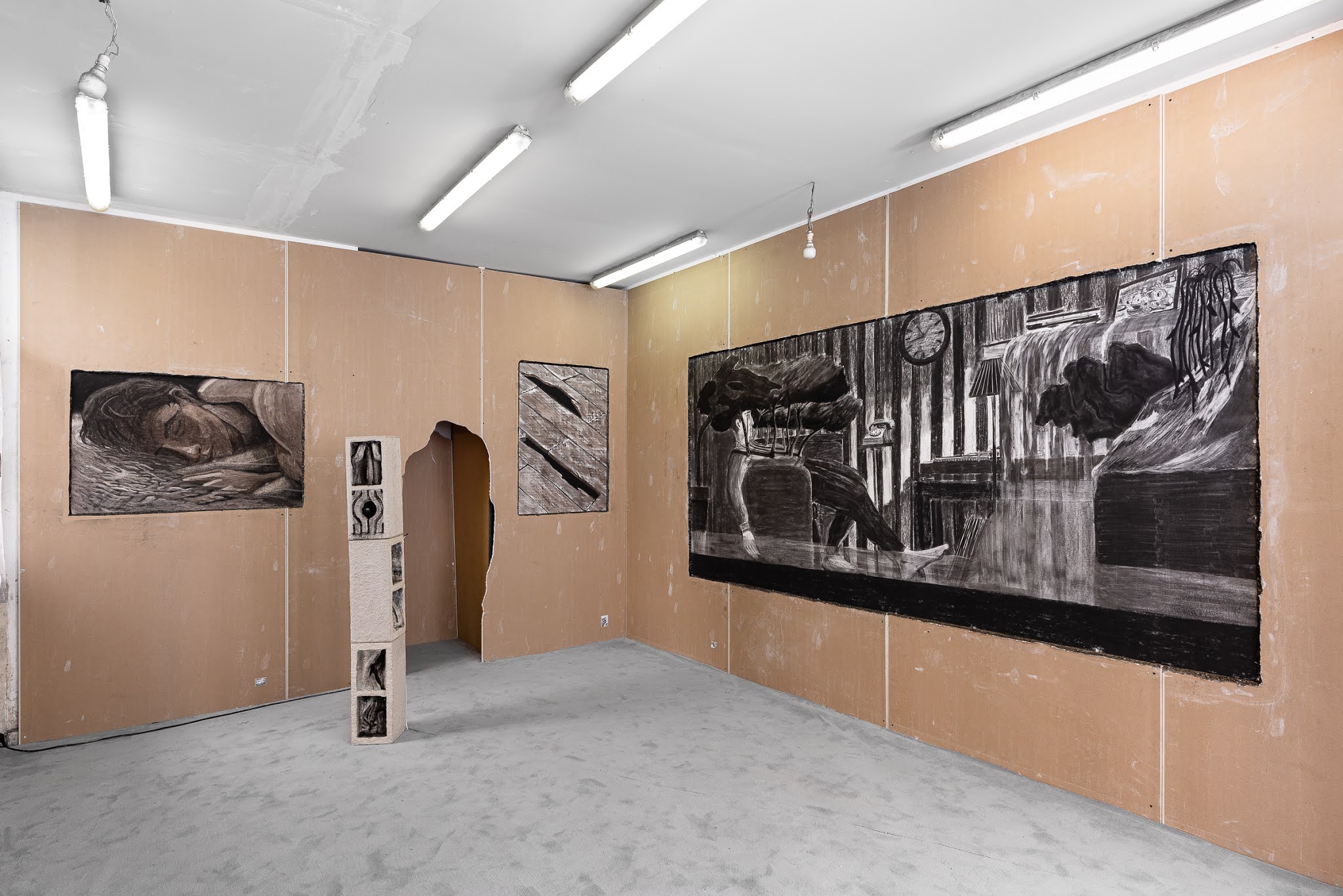 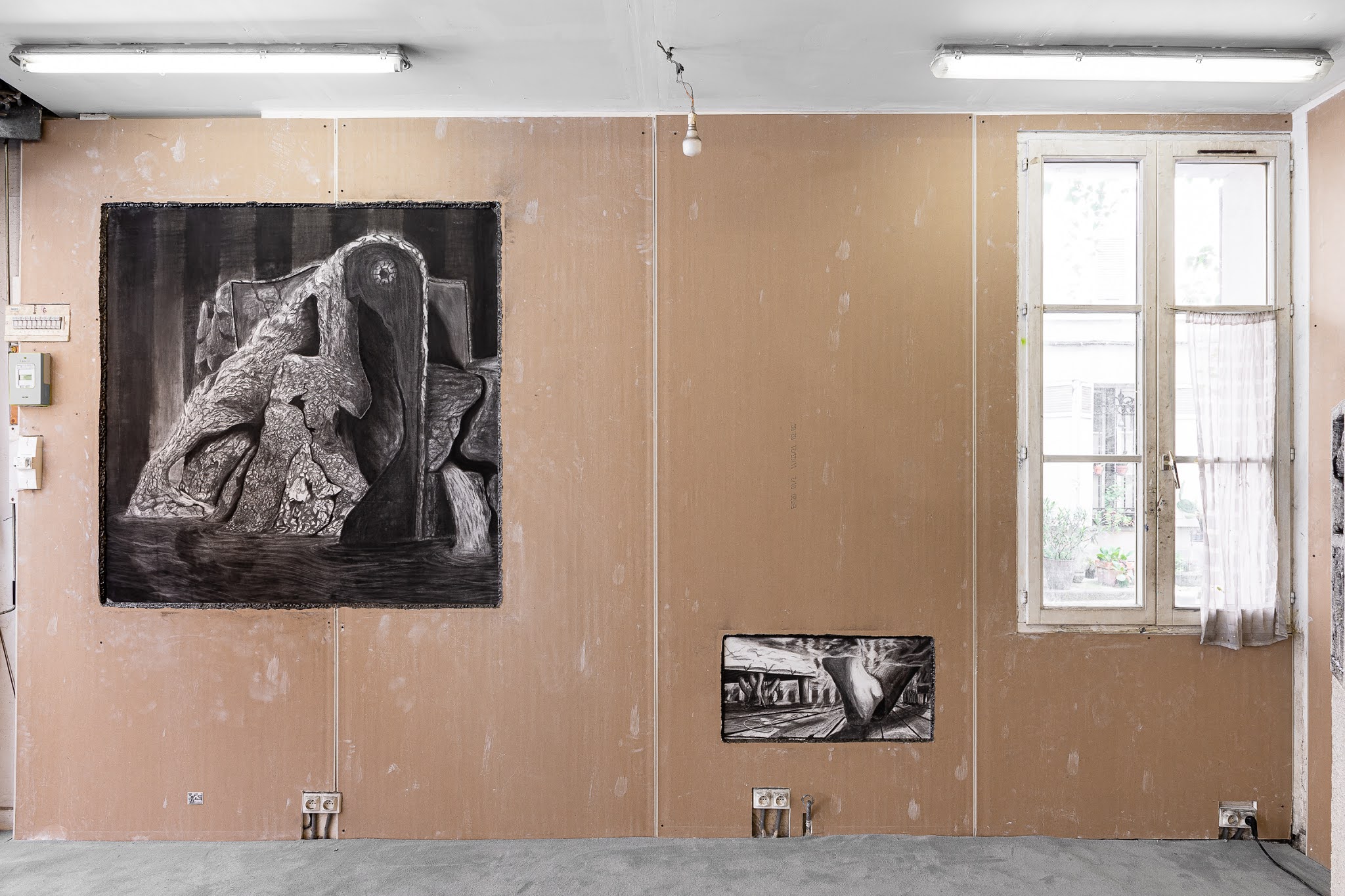 A CMV renews the air in a room by evacuating it to the outside. It is this same movement between inside and outside that articulates Samuel Chochon's solo exhibition presented in Myriam Boccara's studio.

The first instance of this movement is found in the very space of the project, visible from the glass façade of the studio overlooking the rue de la Folie Méricourt. The passer-by can thus distinguish some of the images present on the walls without being able to capture the entirety of the interior space. It is after having penetrated inside the exhibition, that one understands that the artist transformed the walls giving the impression that these last ones were dug and that it emerges from it these images to the varied formats.

Suspenseful if it is, thus transformed, the place of the exhibition becomes progressively a piece in its own right of the project.

For VMC, Samuel Chochon has chewed up his imagination and to understand its origin, its references and its construction it is necessary to look at the first drawing made by the artist which was the starting point of this exhibition project, Scene of domestic life, 2020. If the expression seems to recall Bergman's series (1973), the scene that Samuel Chochon draws is that of a solitary episode. In this large drawing (3.10 x 1.50m), we see a man in his armchair, submerged in a liquid and vegetal world. The presence of a record player suggests that the individual is simply immersed in a state of auditory contemplation, which gives rise to the various images presented in the exhibition. When one knows that Samuel Chochon himself has realized the sound piece emanating from the large abstract sculptures, one can easily imagine the sensorial retranscription that he has operated through this character.

And this is how we find in all the drawings made in black and white a distortion of reality, a modification of perspectives and materials represented for the benefit of an aquatic, domestic, intimate and corporal imaginary. Here, the outside, it is the eyes of the visitors, your eyes, which try, by all the angles, turning in all the directions, to understand what the artist wanted to represent. For that, it would be enough without doubt only to listen to the piece that this last one realized specially for the occasion and to doubt, a few moments, of where is the inside and the outside, of the world and of our own body.