“A soft sonnet is all the strength I have” / Camilla Salvatore 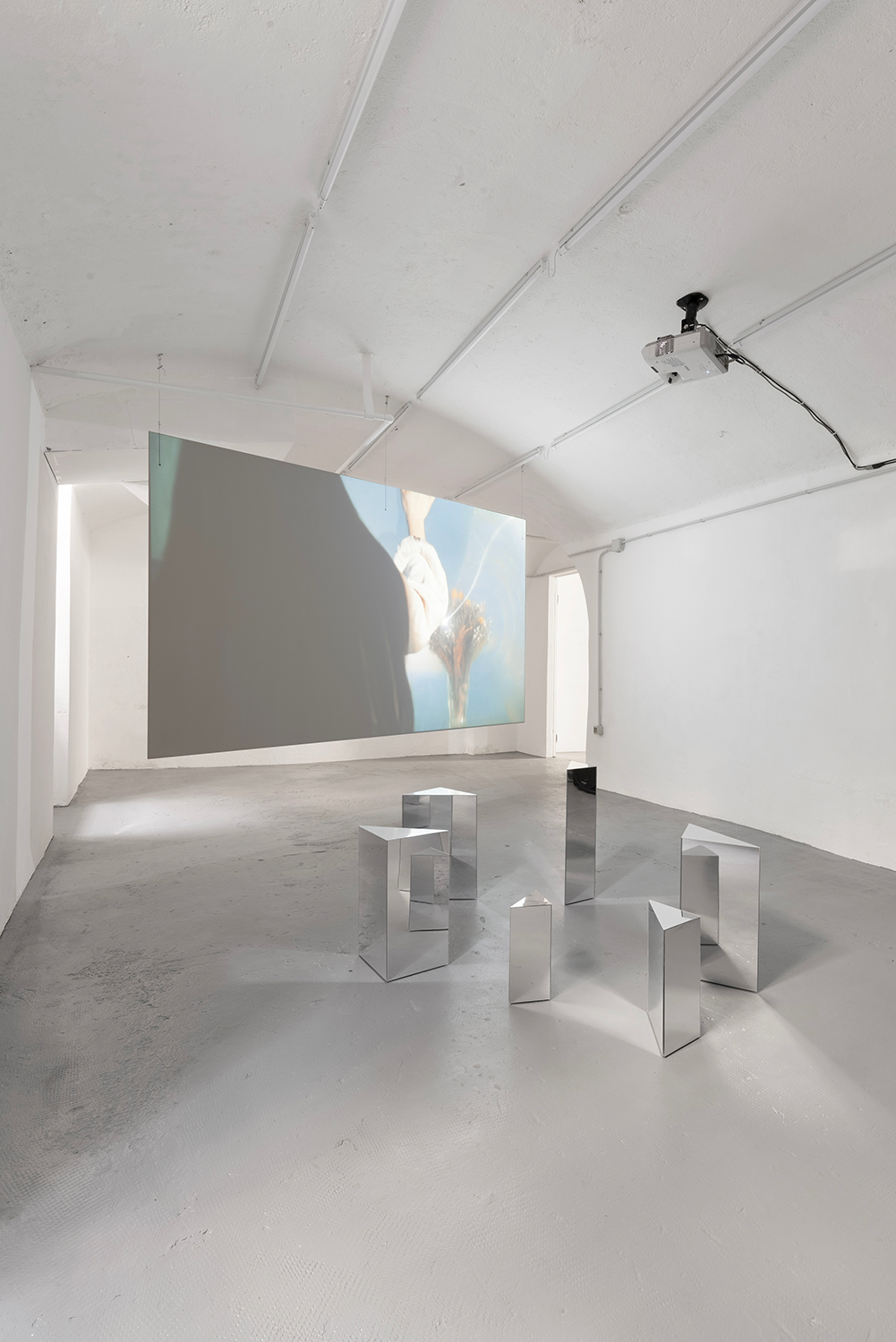 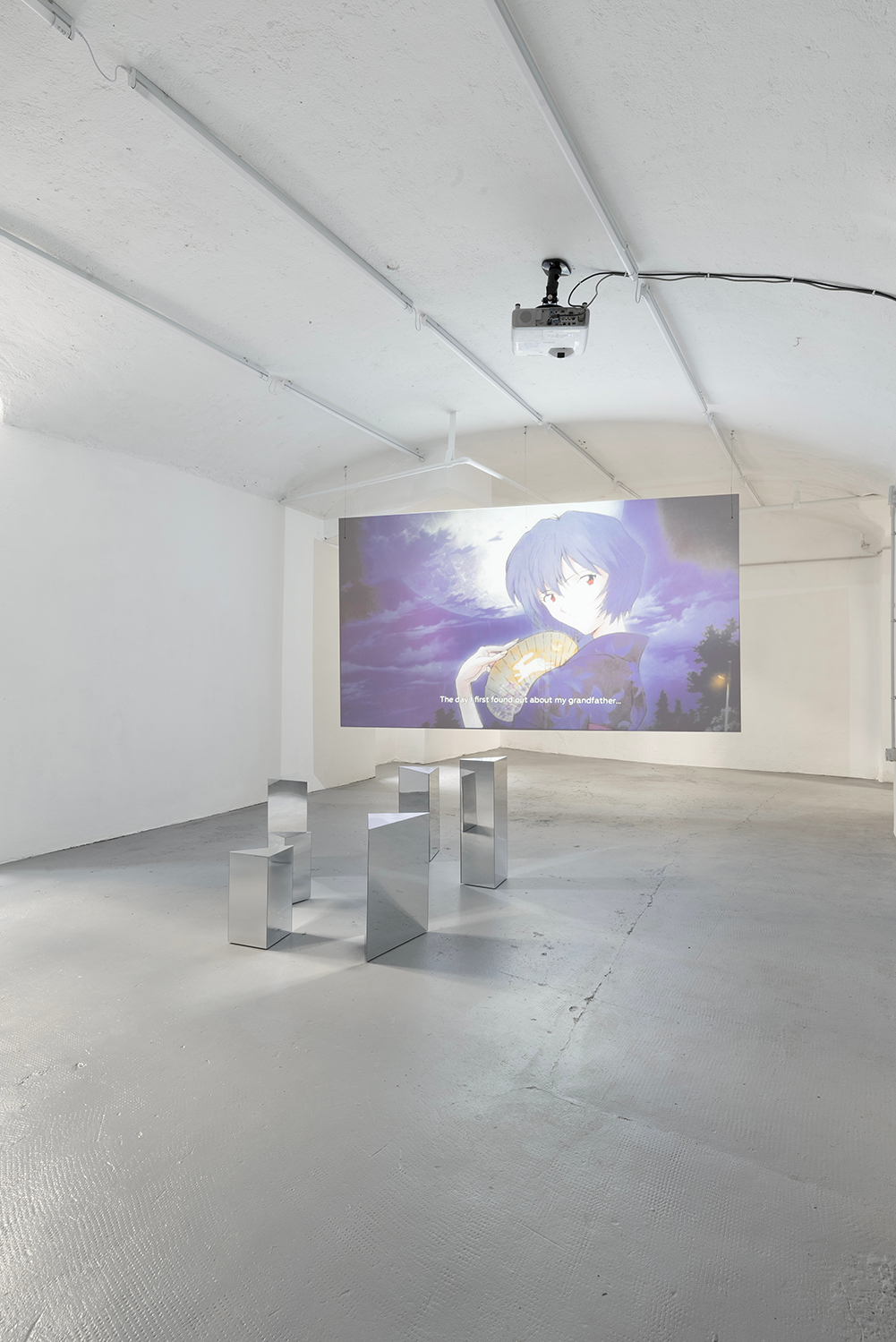 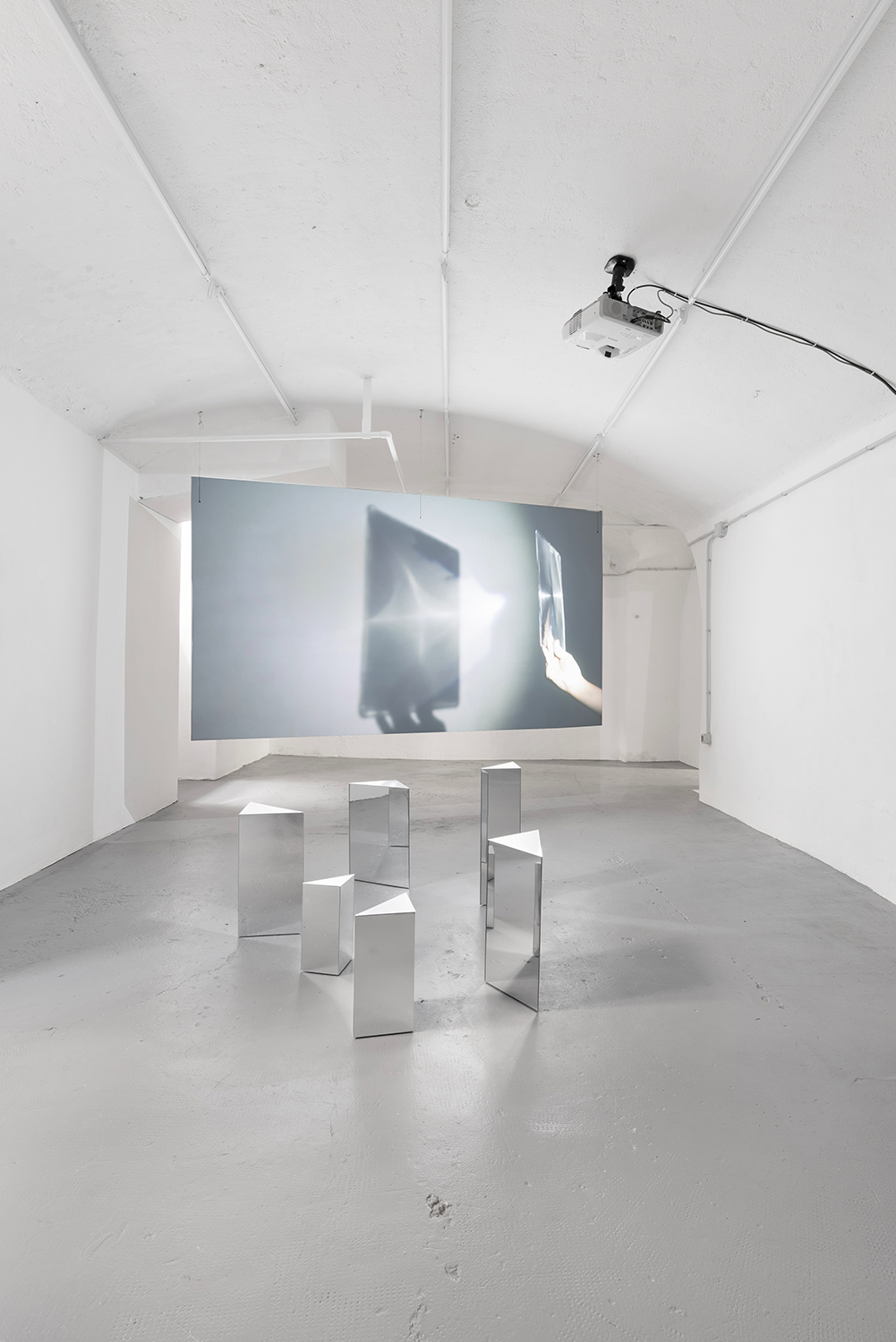 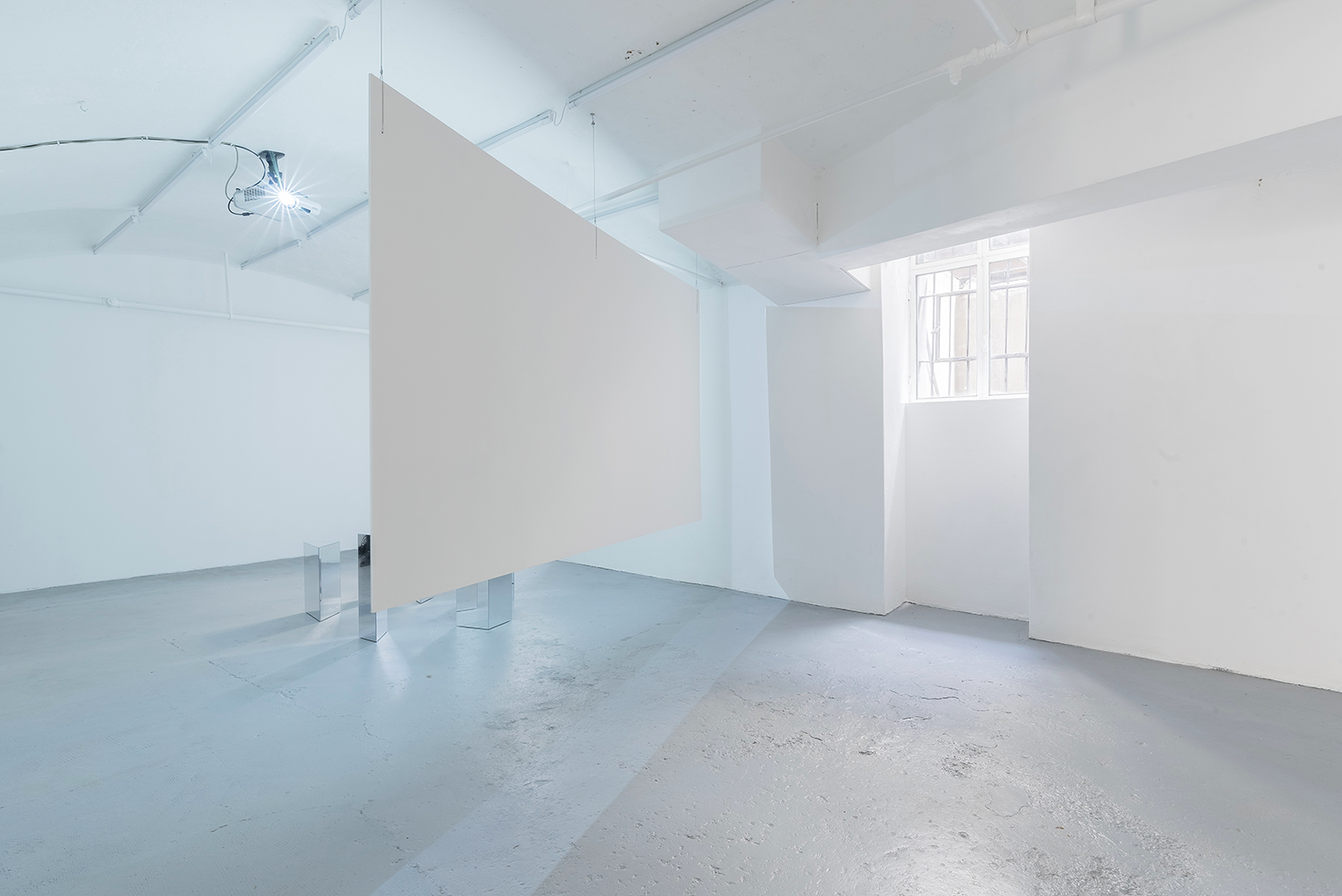 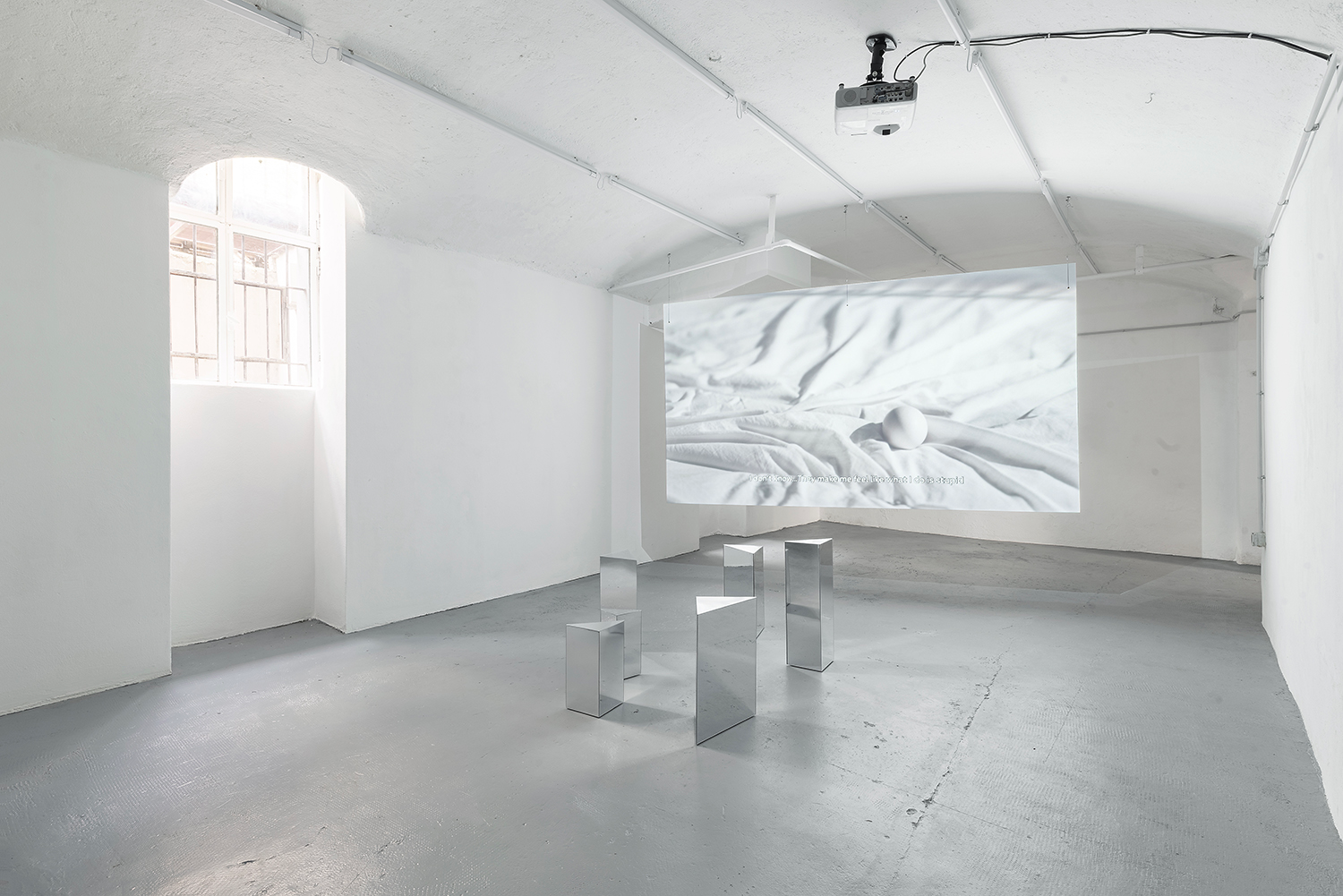 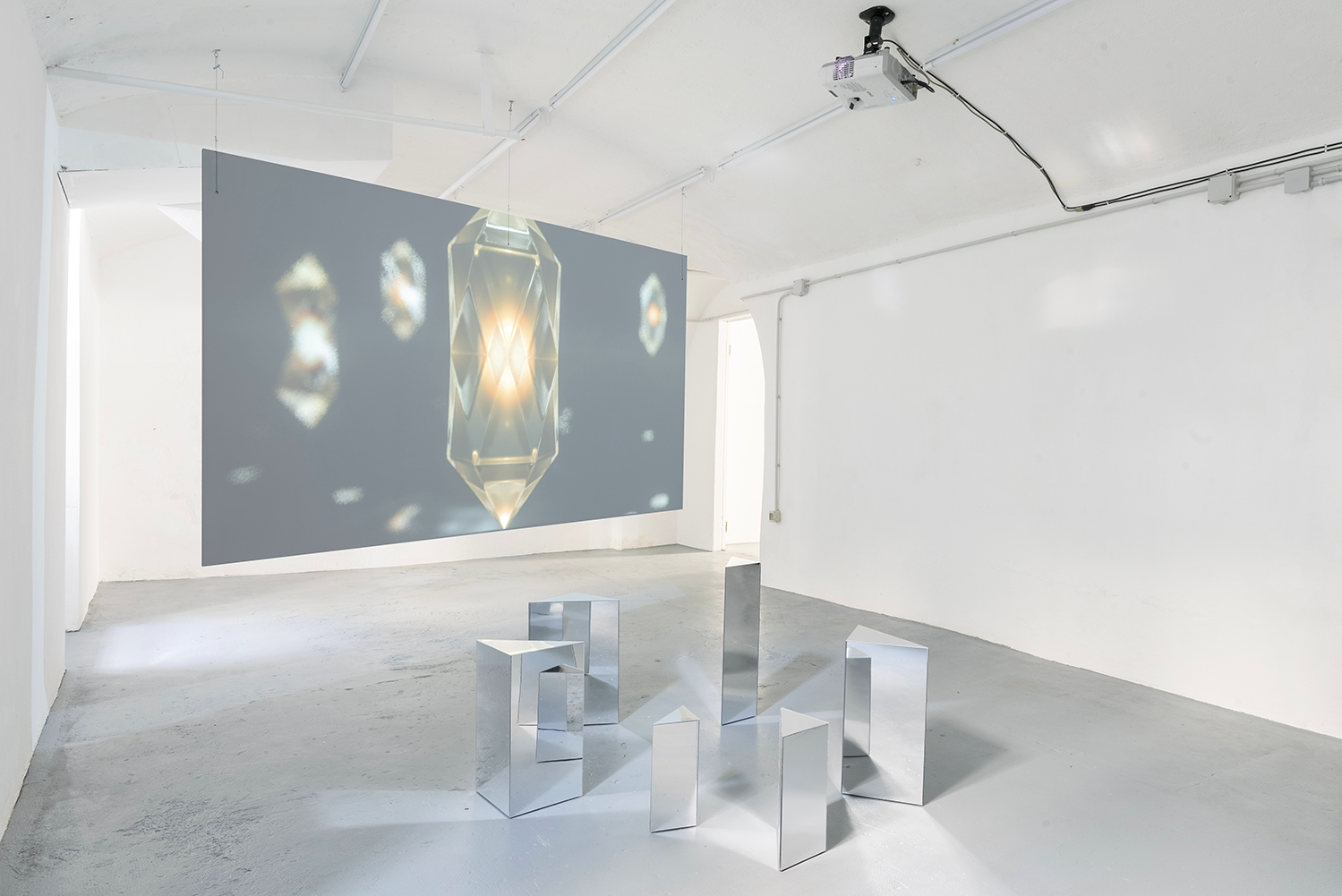 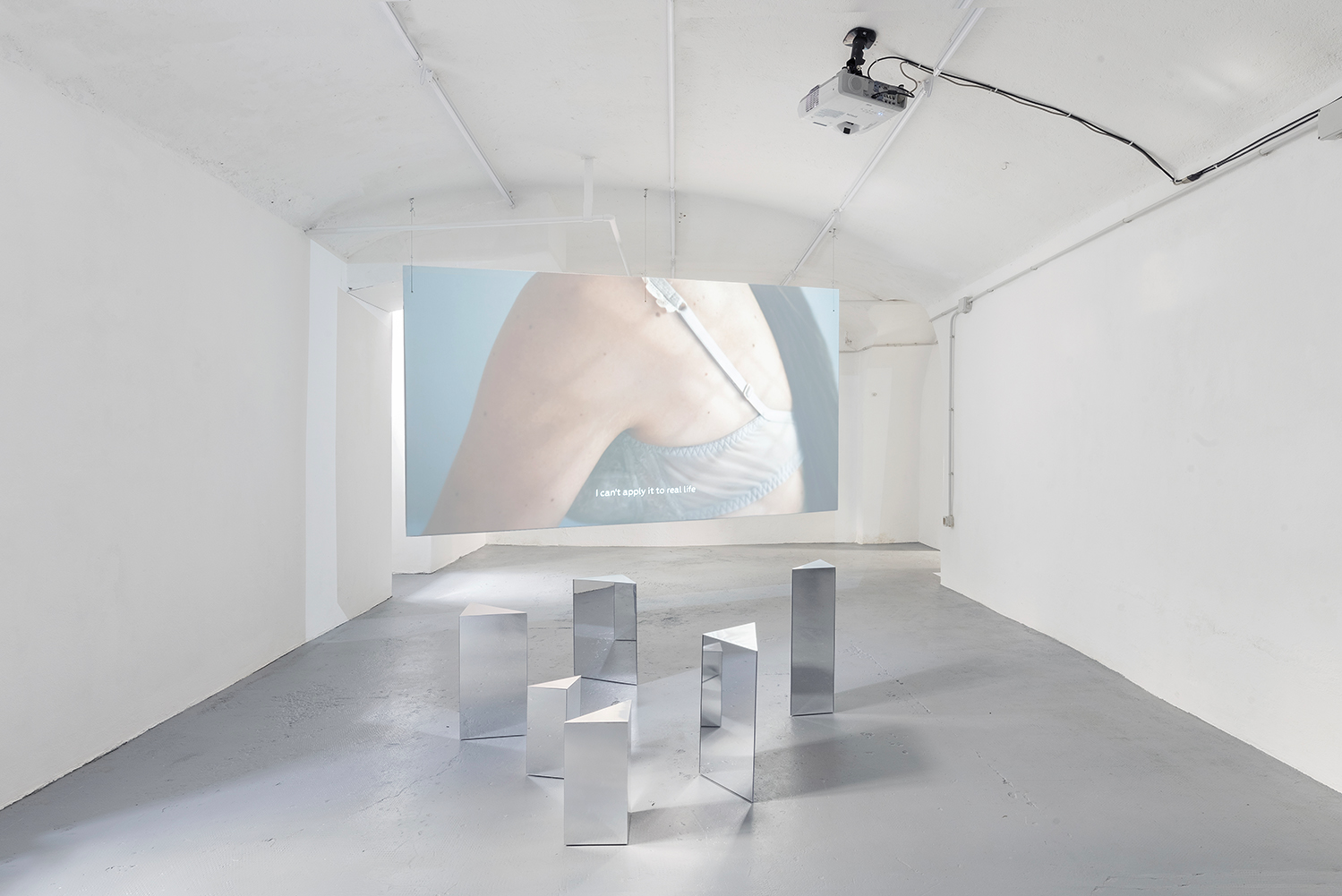 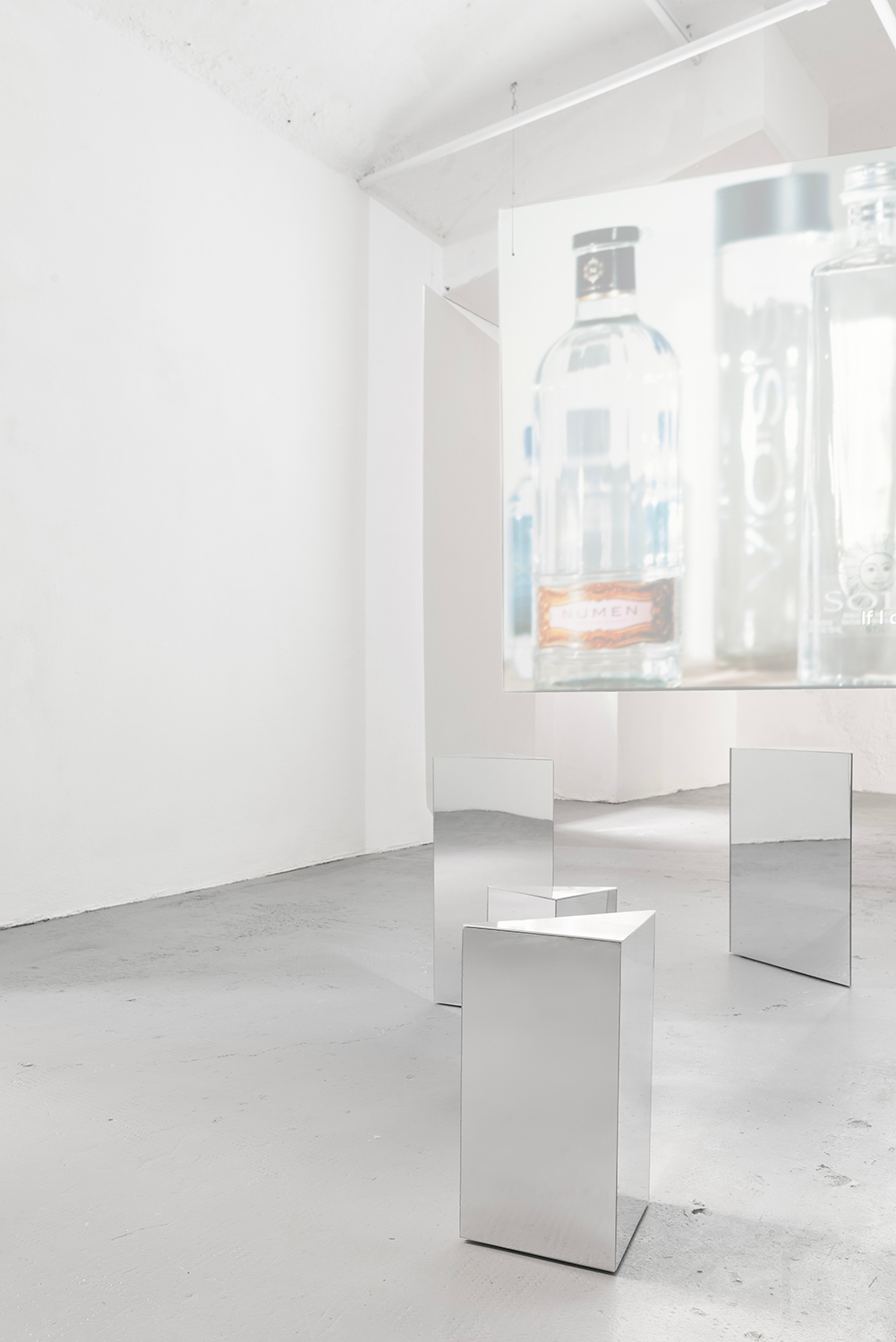 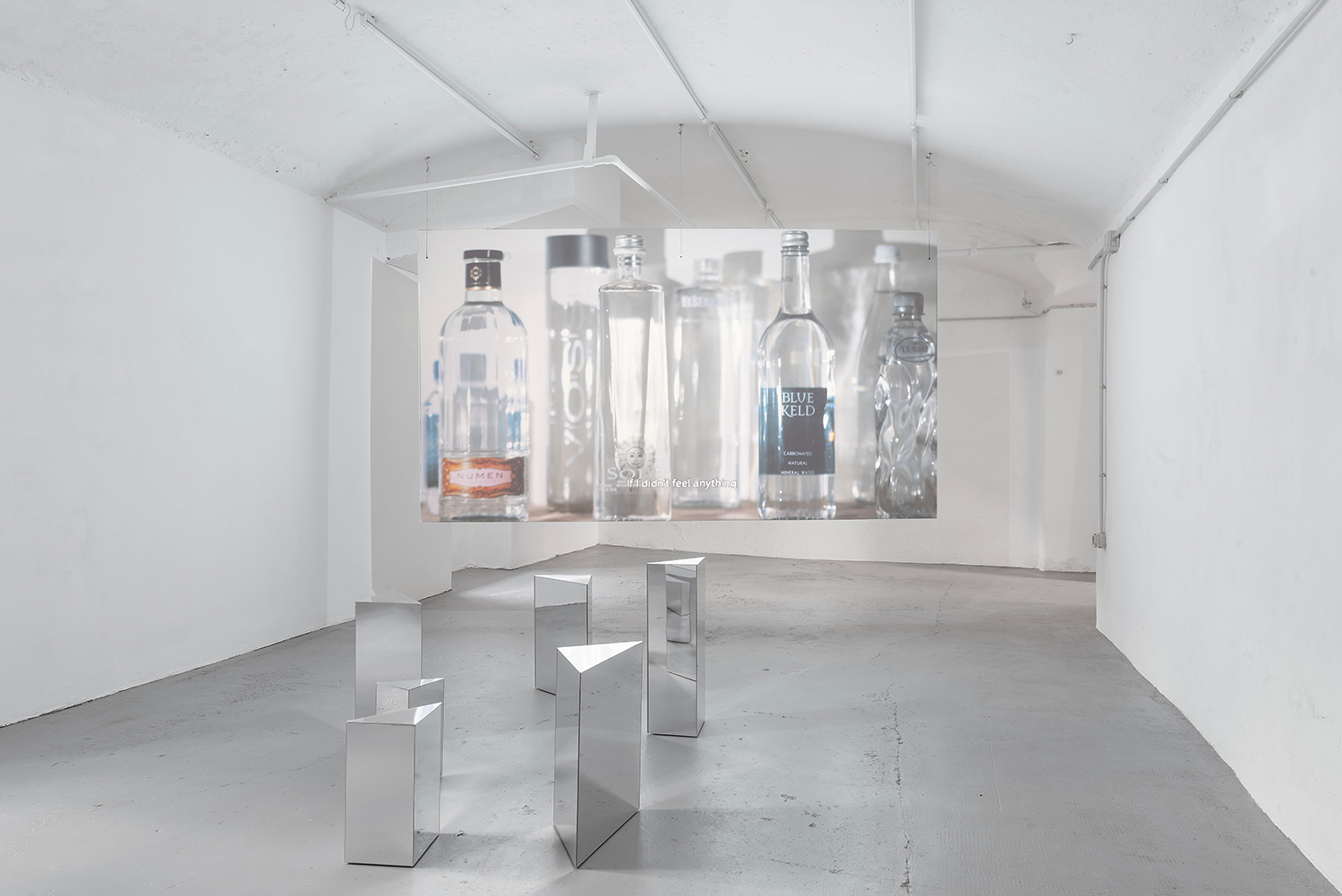 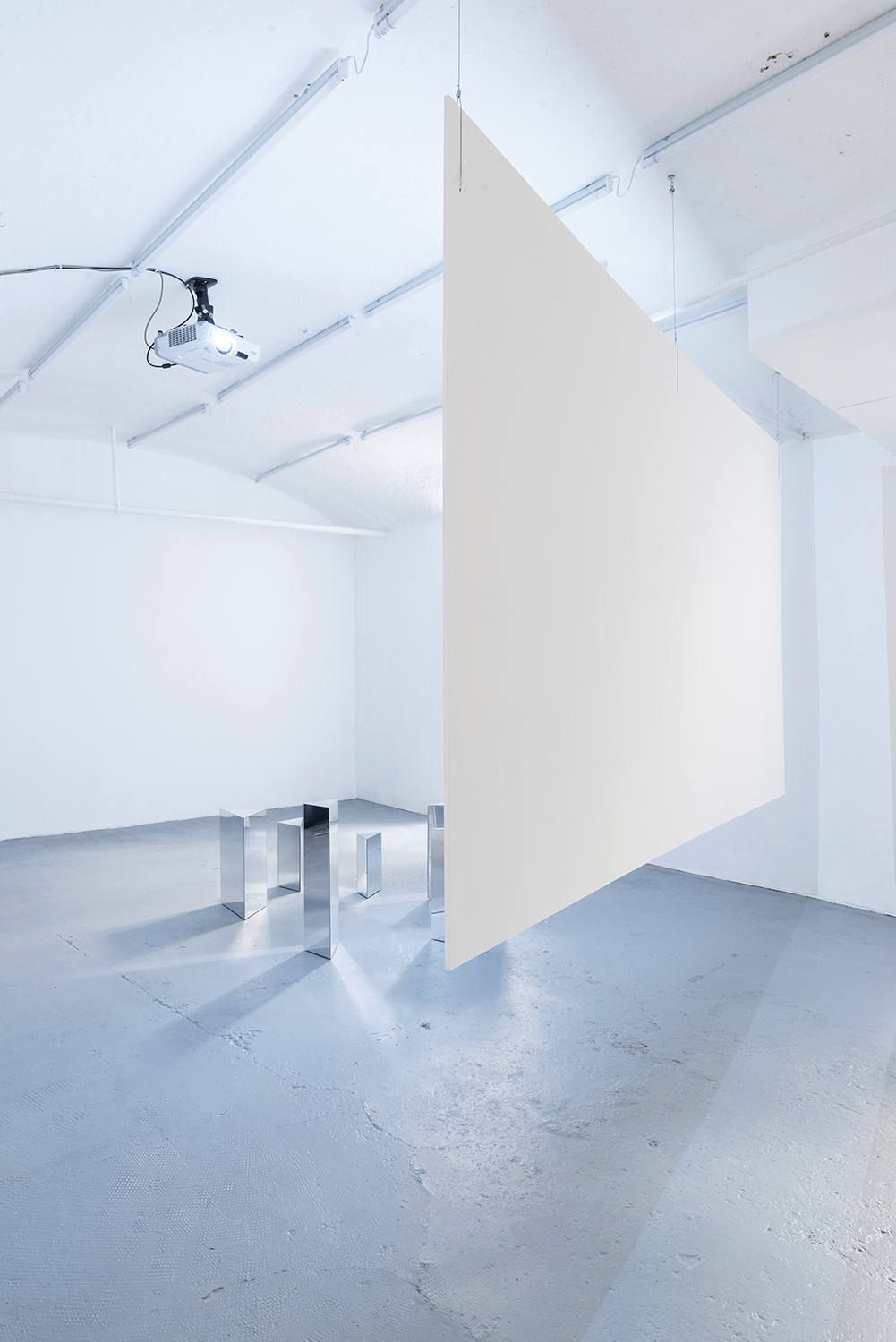 A soft sonnet is all the strength I have is the name Camilla Salvatore reserved for her first solo show, which will open on May 26th at MASSIMO Milanese space at via degli Scipioni 7. On this occasion, the artist presents Permanent Exile (2020), a newly produced video work that features an approach of installation that diverges from her cinematographic background.

“The guilt of predecessors burdens their offspring, oppressing it - as the Erinyes imposed the atonement of fathers to sons and their sons.” This way the artist introduces Permanent Exile. The artwork discloses the story of a young woman into WITSEC, constantly dealing with the attempt of balancing her psychological condition and the acceptance of her background. Seeking refuge into a fictional ambiance, which comes both as pure simulacrum and reflection of a more thorough, in-depth reality, is what she defines as an act of resistance. Floating into this hyper-uranium, she is struggling to survive her present times. The video unveils the woman through her absence, drawing both from her personal remembrance and her inner space through a sequence of images, shadows

and reflections that outline a disjointed portrait.

“I’d like to be faultless. In this delusion of mine, I would put myself on a pedestal of perfection, as a war machine”.

Through this statement, the work focuses all the attention on a self-examination path where thoughts, fears and concerns show up along the way. From here, the viewer can unlock the innermost, recondite side of the character’s mind.

In MASSIMO, the artwork gradually reveals itself to the viewer. The sound fills the space, welcoming him into the exhibition. Each video frame is reflected by the mirrored surface of prisms designed by Martina Taranto and placed in front of a projection screen hidden from view. These elements fluctuate between the visible and the invisible, and their material substance is dissolved, revealing the surrounding environment. The video stands out on a suspended panel, within a dark space that

highlights an intimate dimension of the fruition.

The intimacy behind the project resonates in the exhibition’s title: A soft sonnet is all the strength I have - incipit of a poetry by Amelia Rosselli - is the work Camilla Salvatore dedicates to the woman she pictures, as a grateful sign for having shared her story. This significant gesture brings to a conclusion a three years project that deeply marked both the women’s lives.

Permanent Exile has been produced thanks to the work of Giulio Scalisi, who created all the 3D animations, Germana Frattini, who supervised the creative direction and the archive footage, the sound designer Renato Grieco, the graphic and type designer Augusto Fabio Cerqua and the color

Born in 1993 in Torre del Greco (NA), she graduated in 2015 in Visual Arts at NABA, and attended a MA in Artists’ Film and Moving Image at Goldsmiths, University of London in 2019.