Body Snatchers at Like A Little Disaster / Polignano a Mare 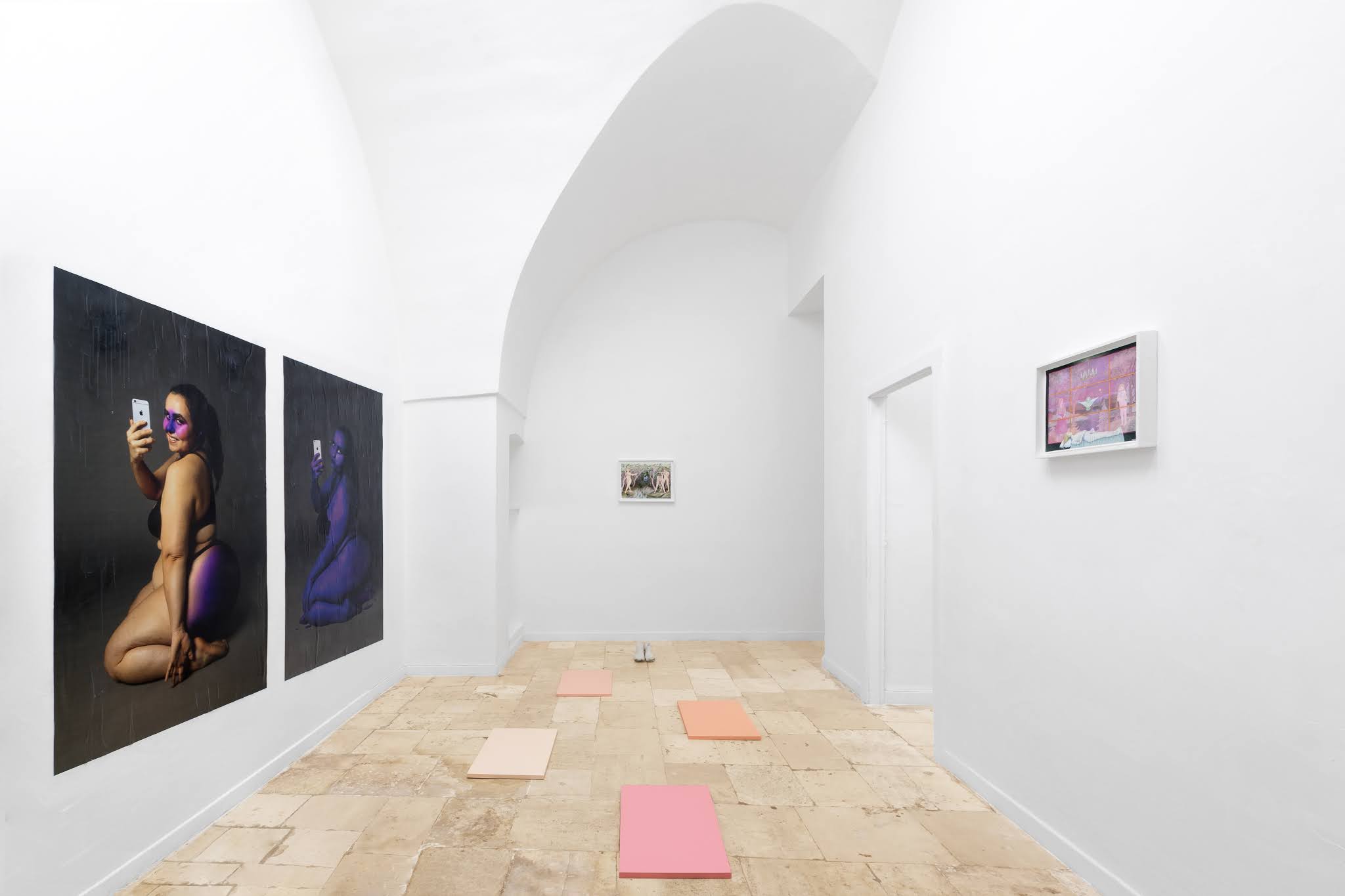 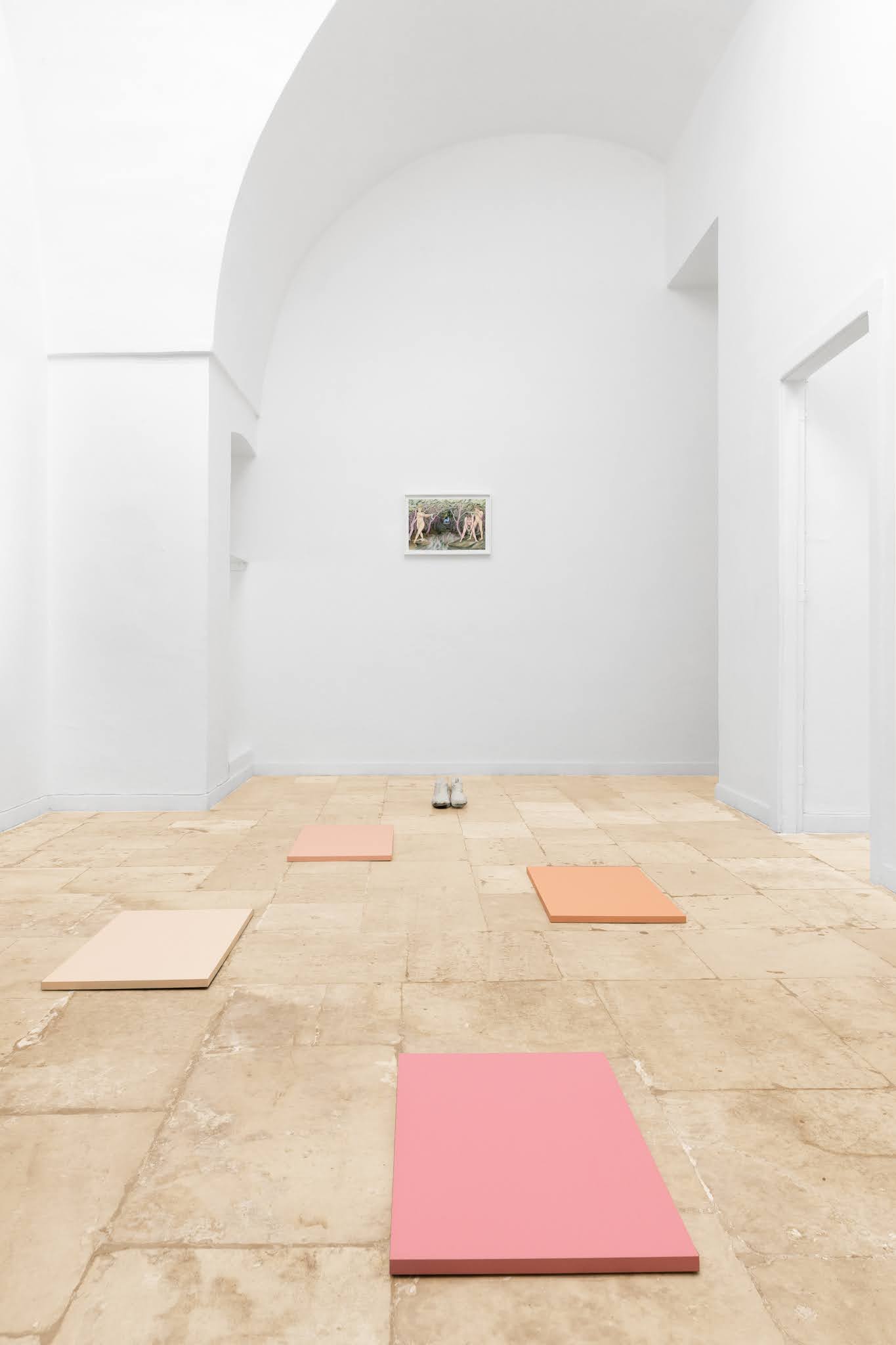 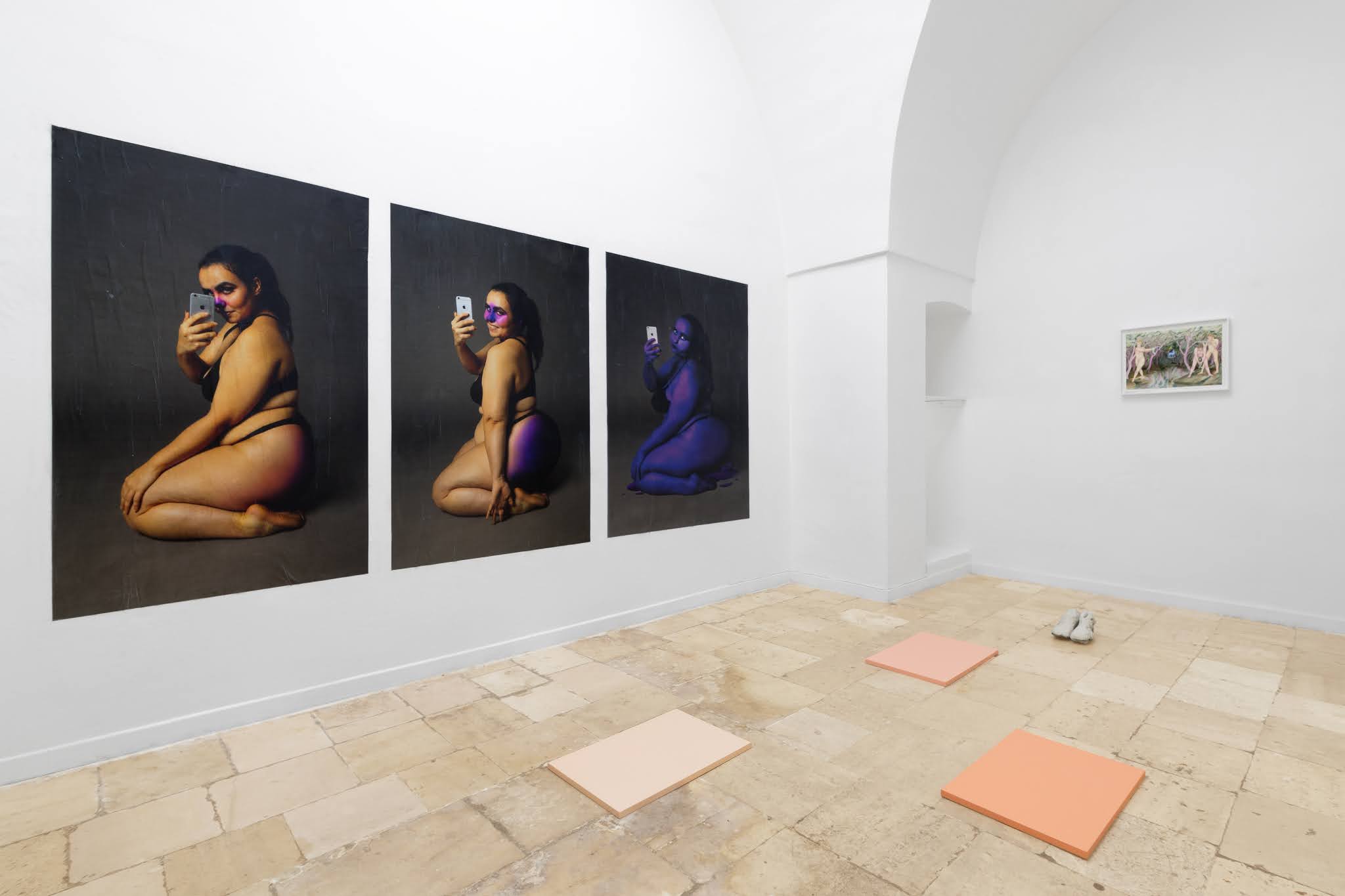 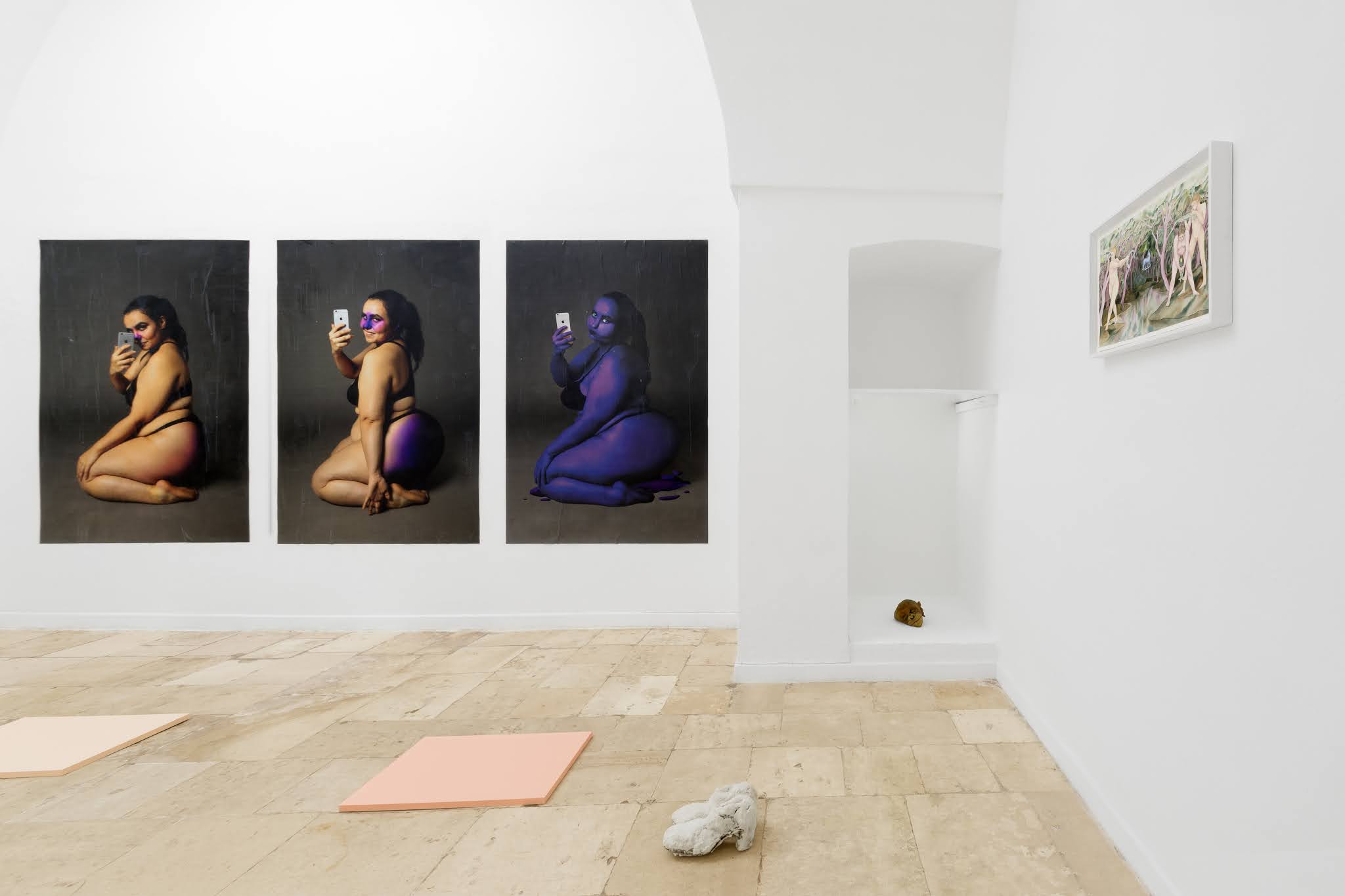 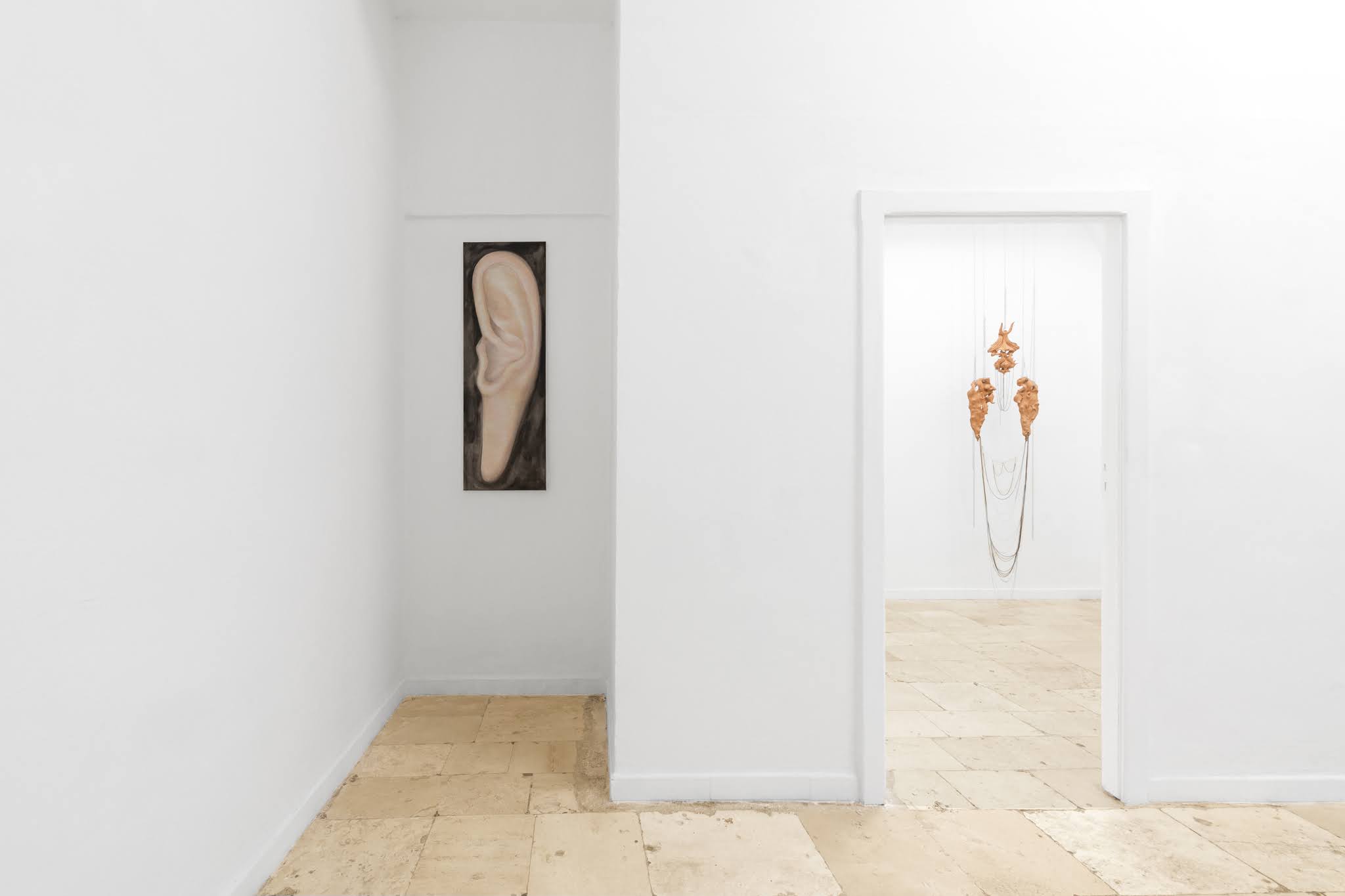 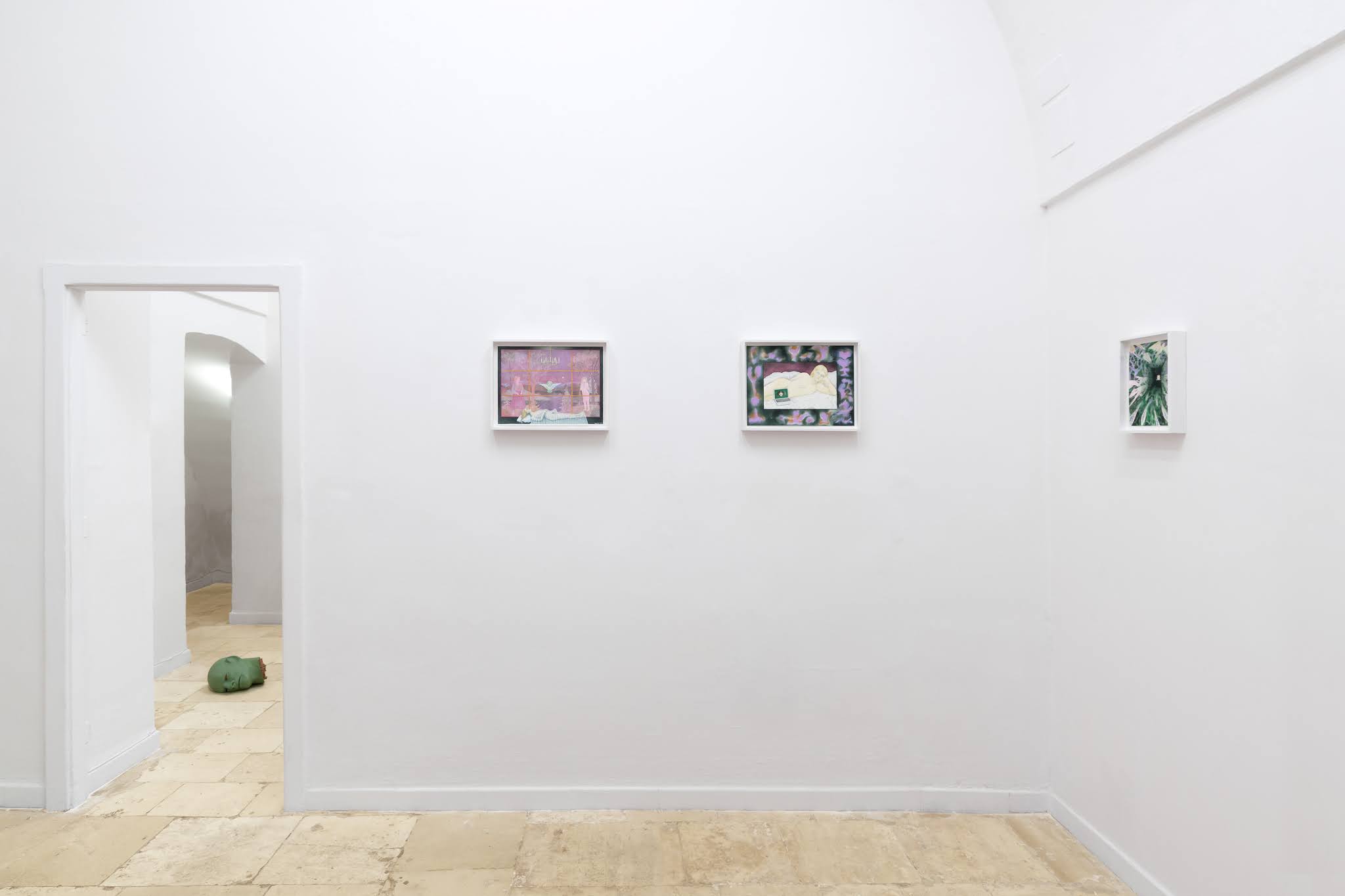 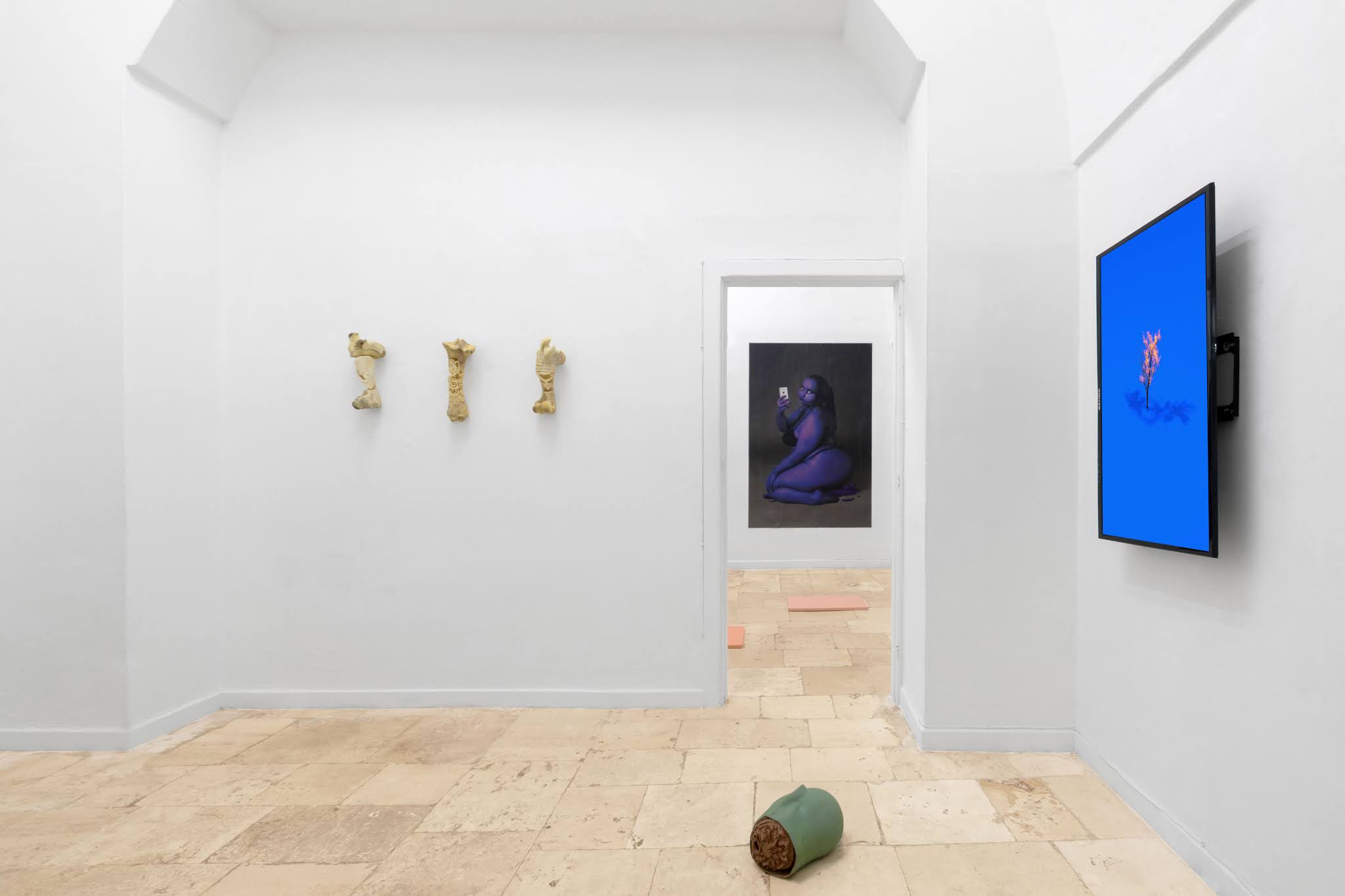 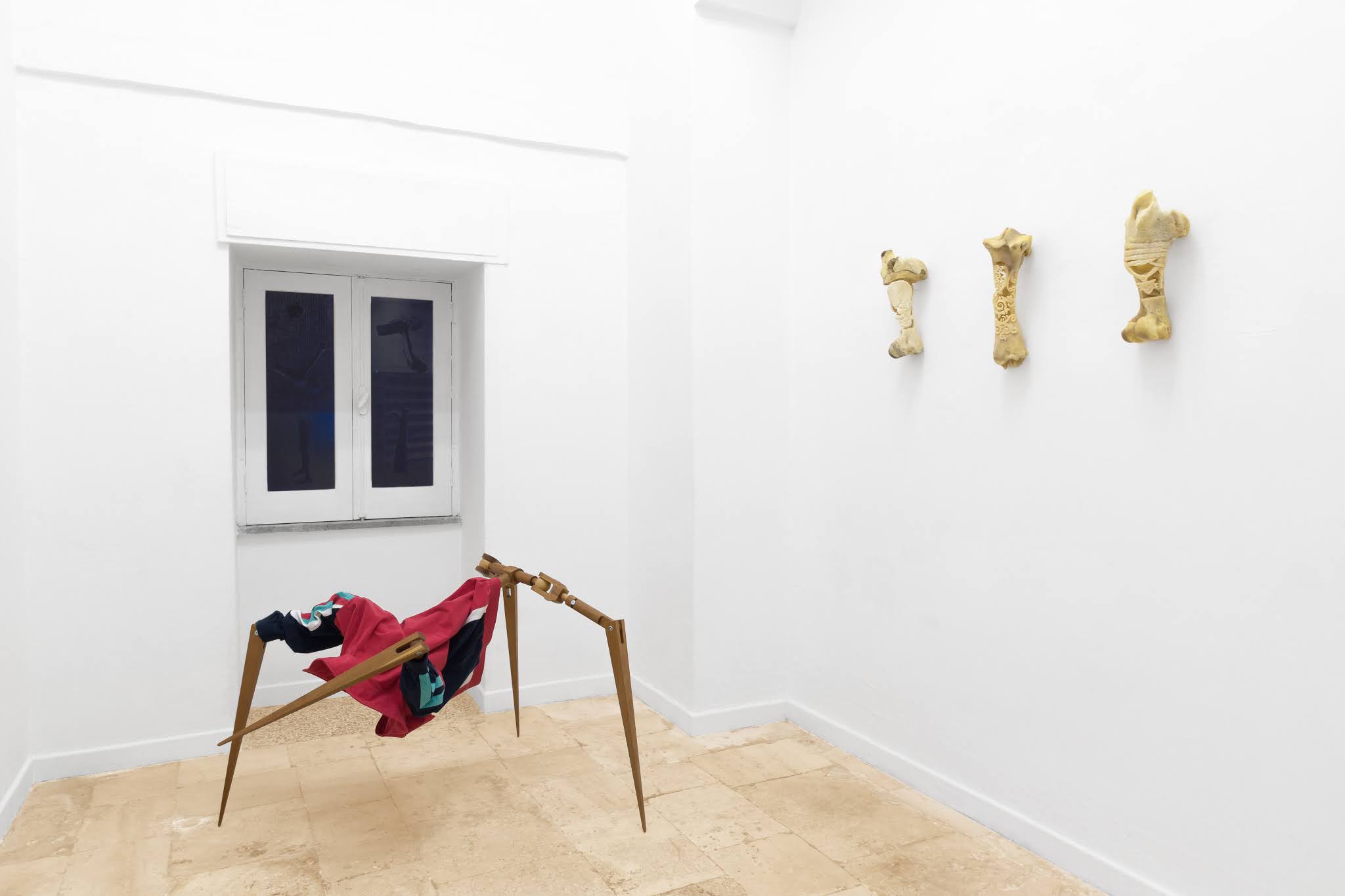 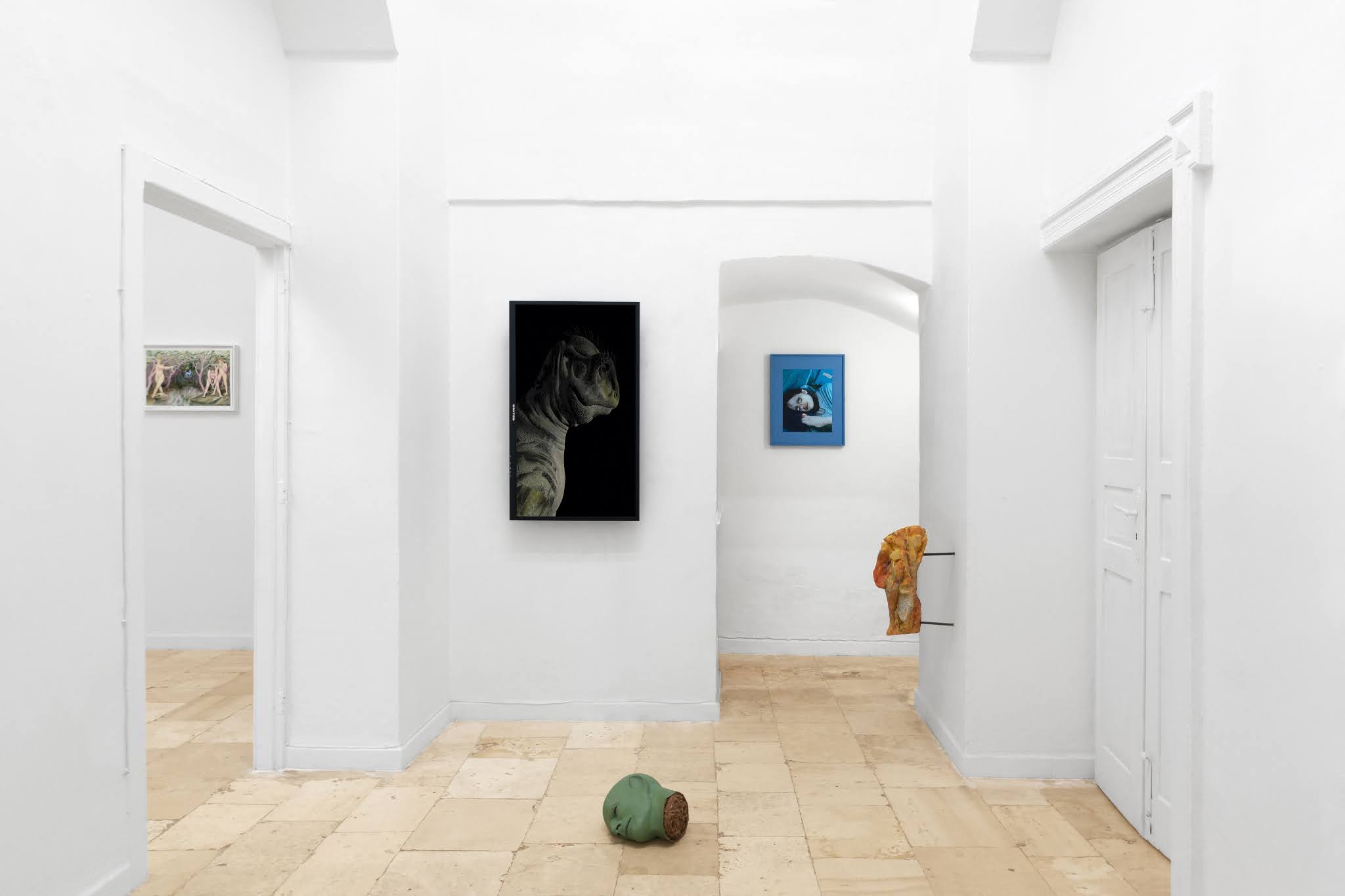 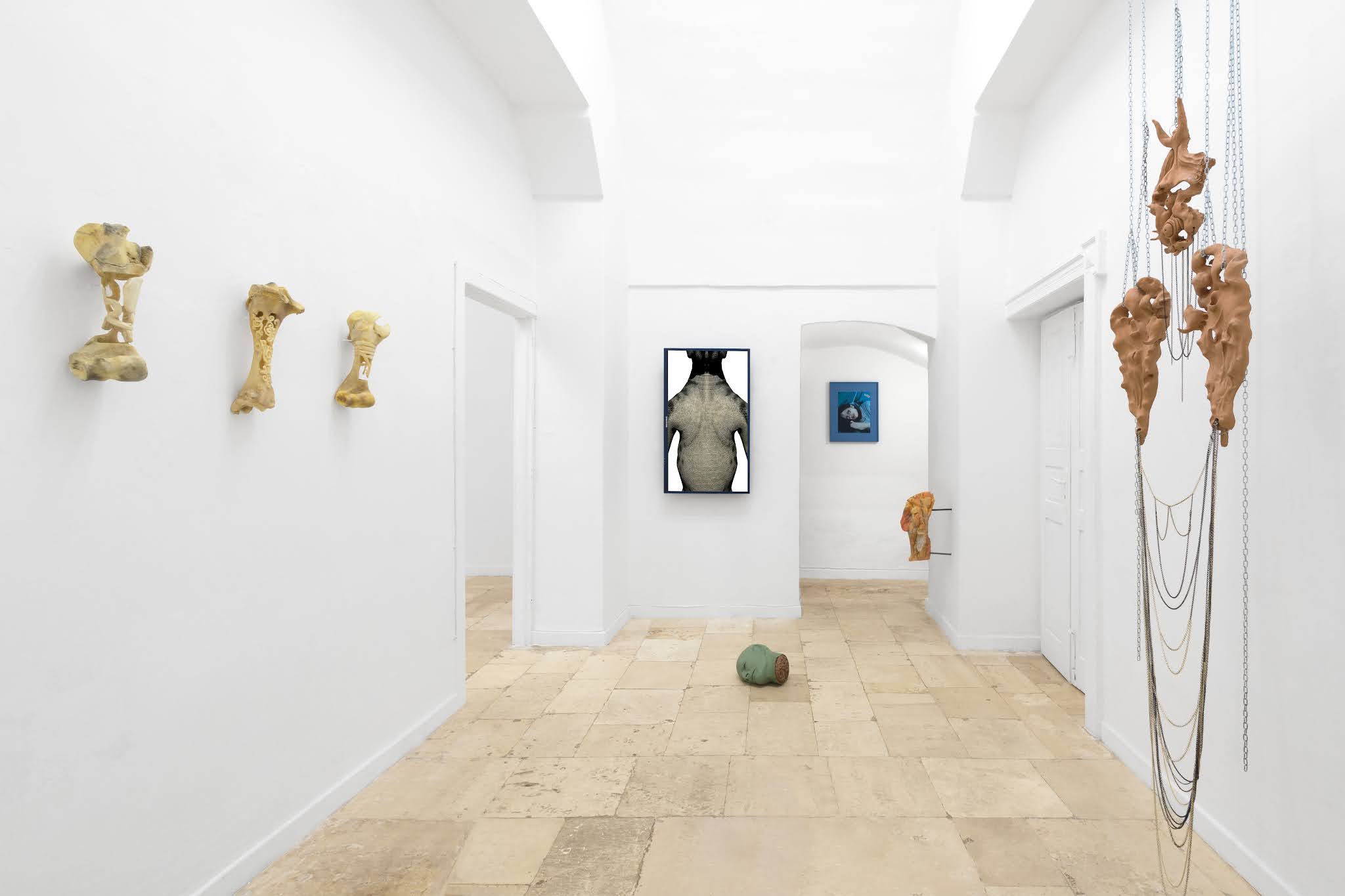 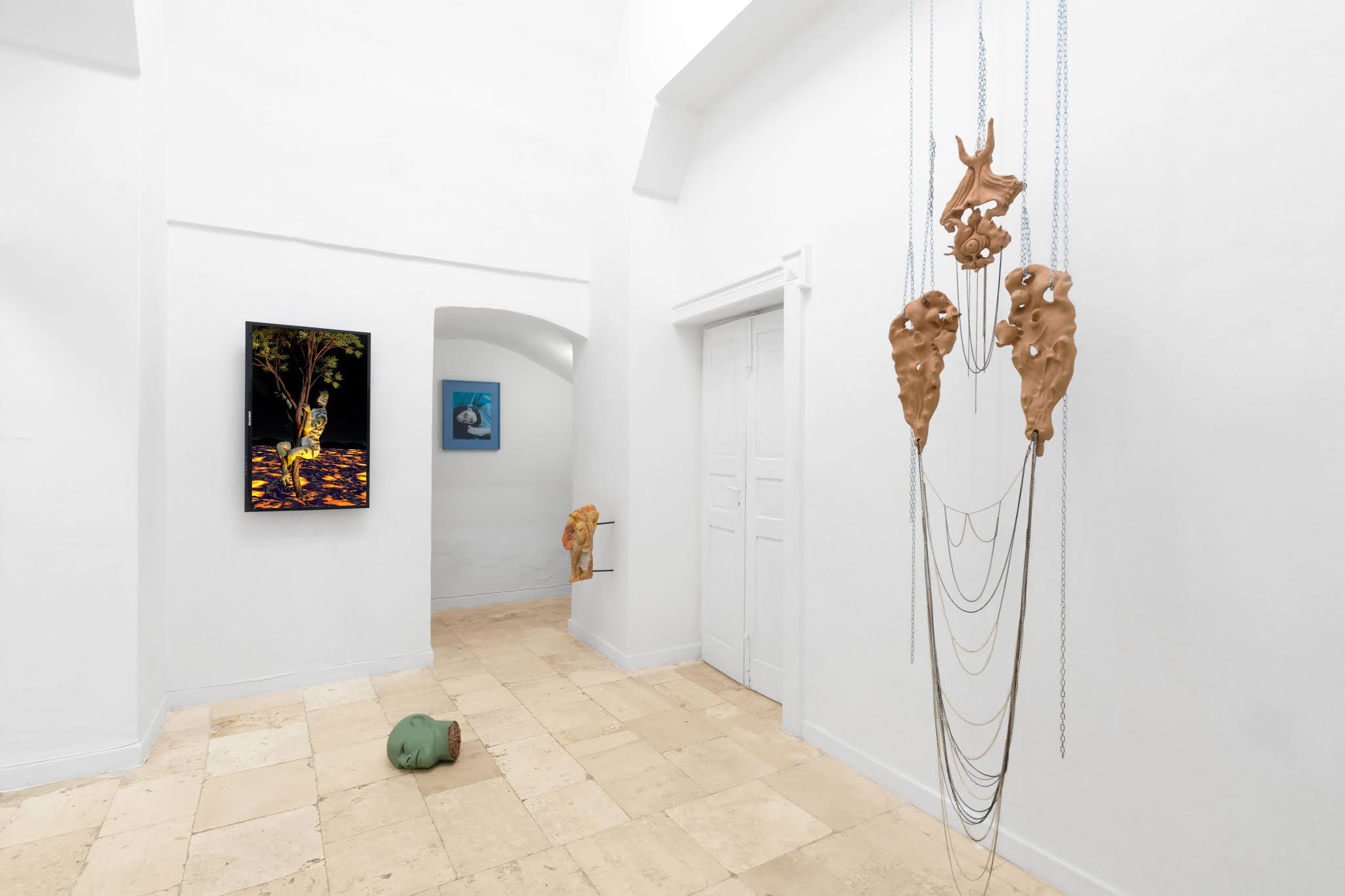 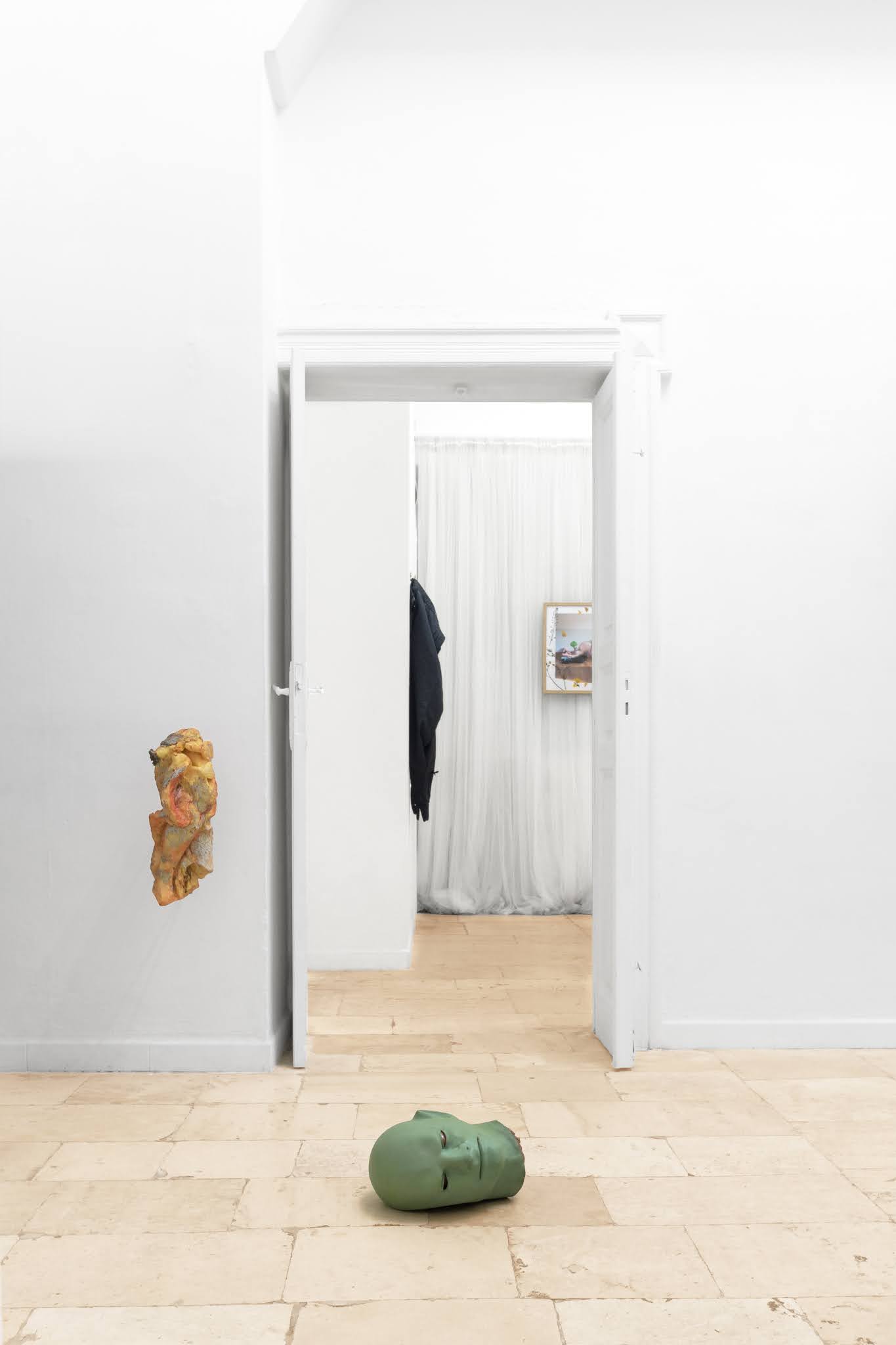 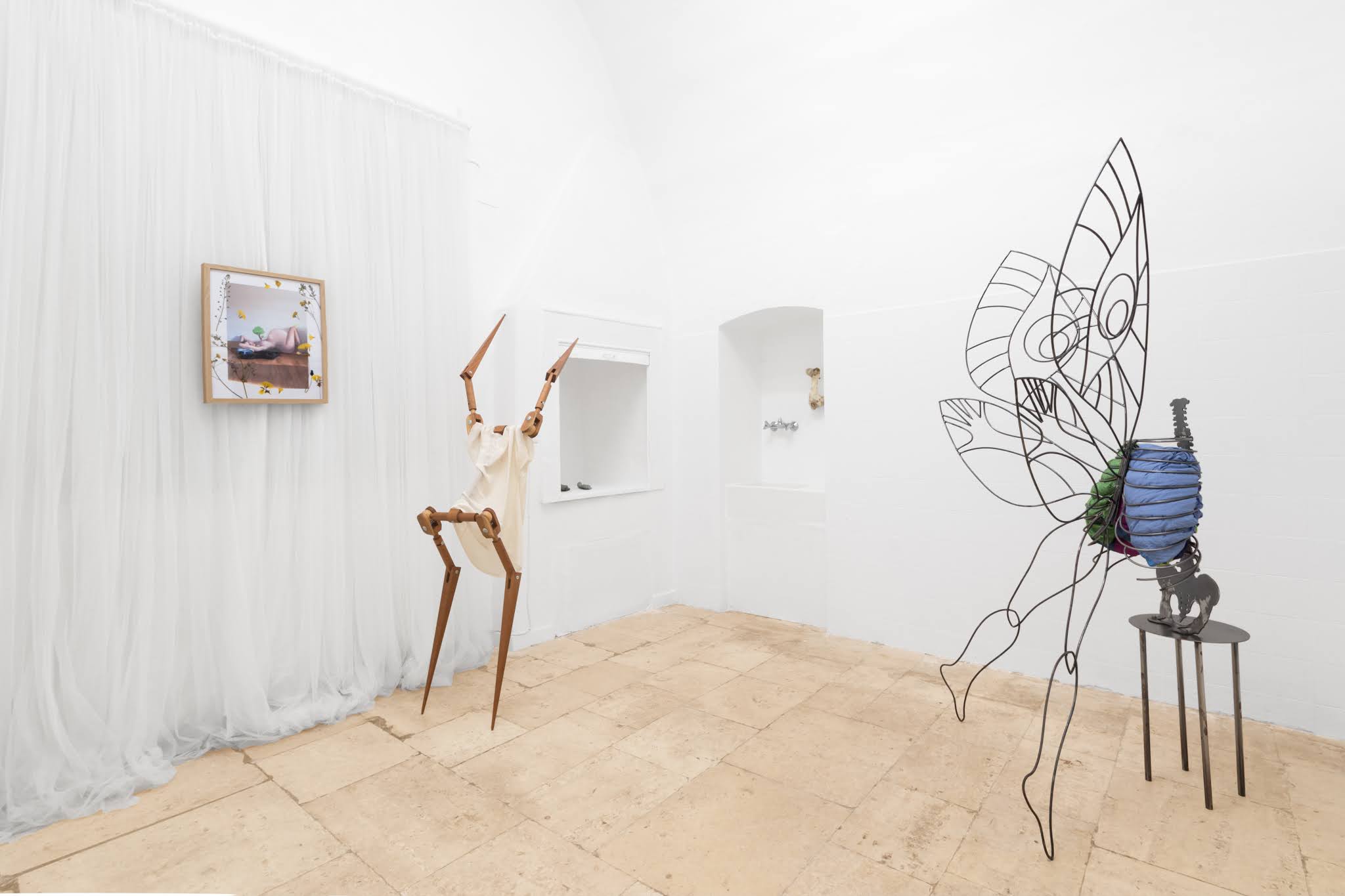 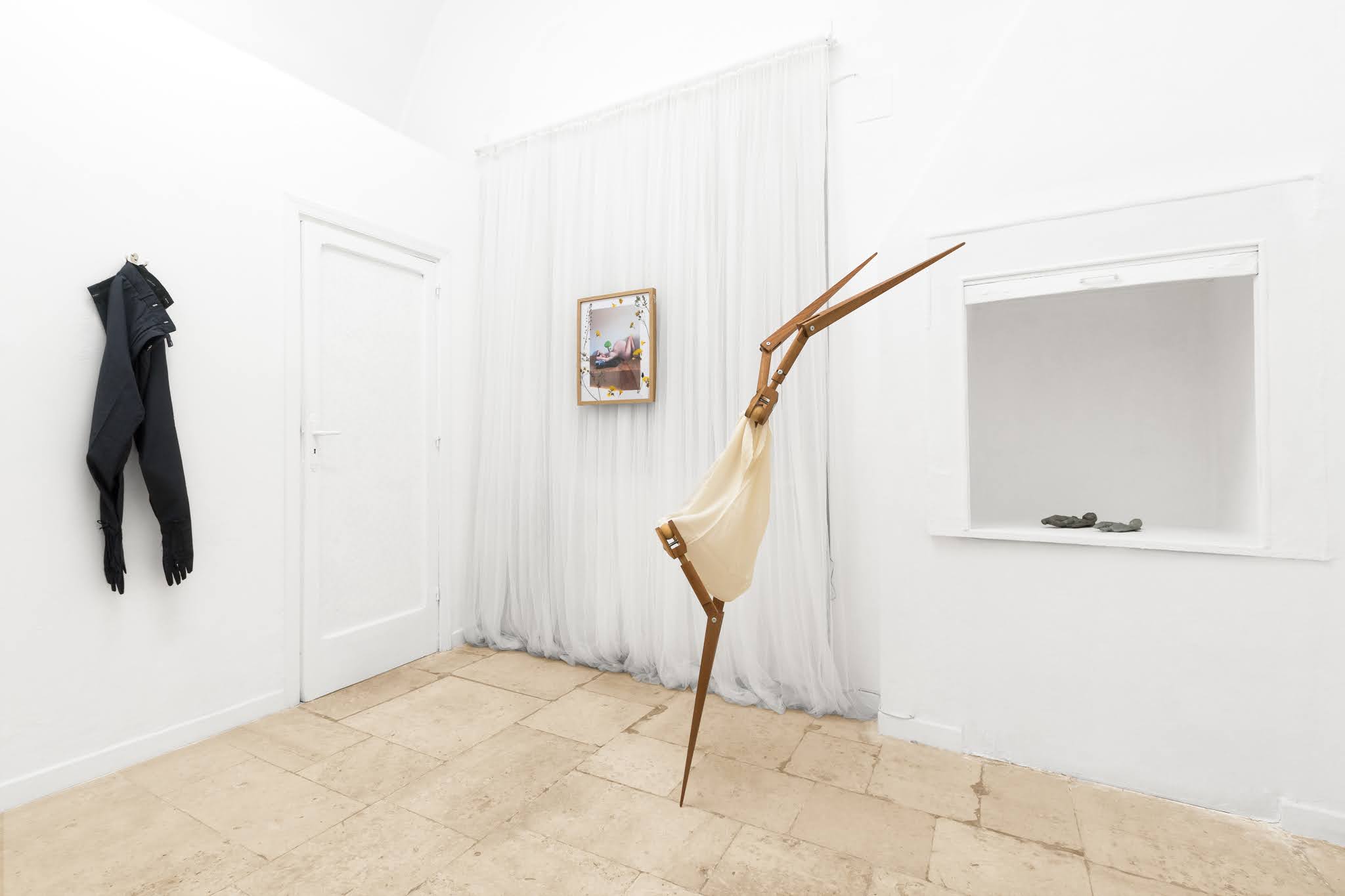 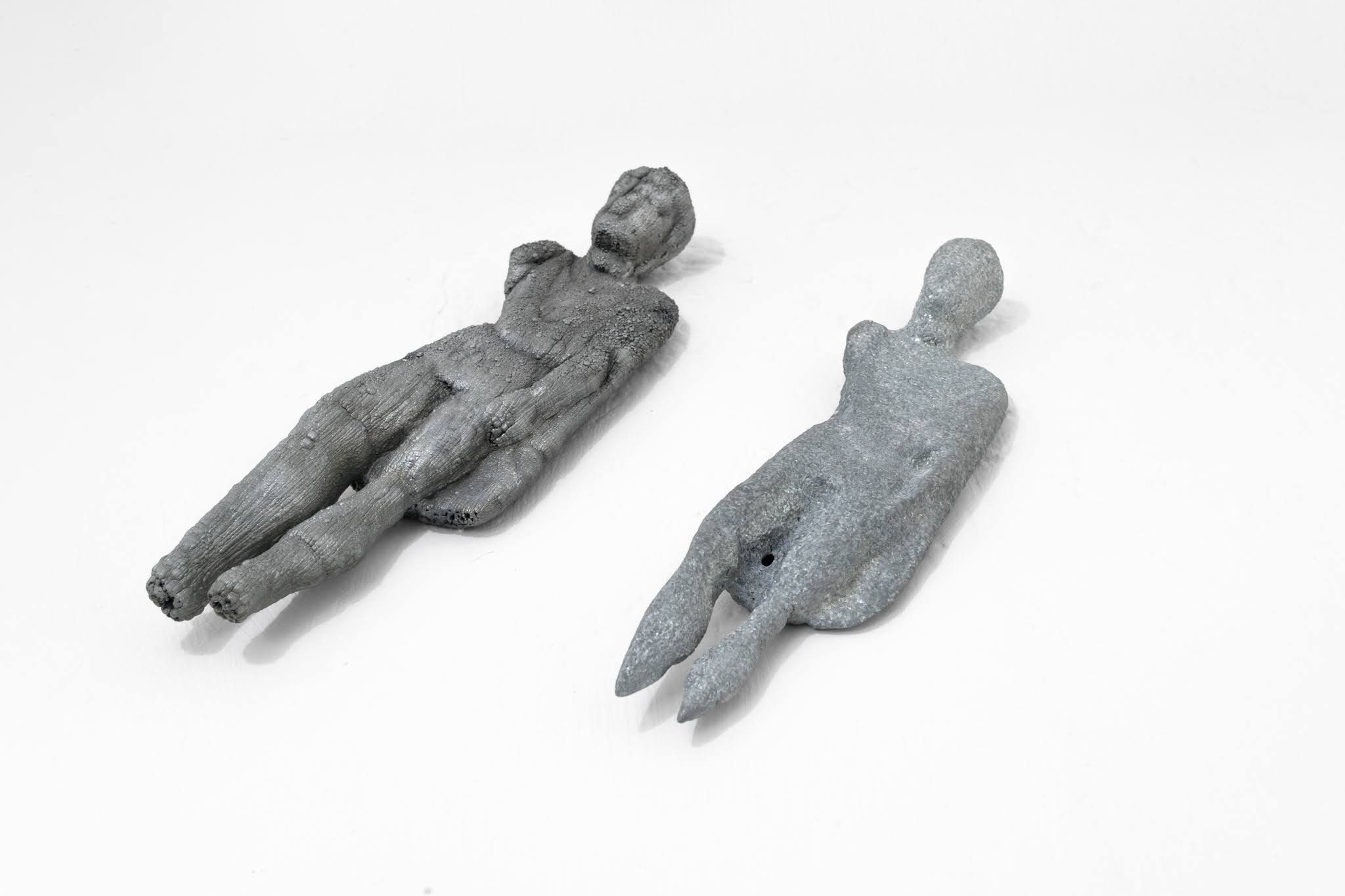 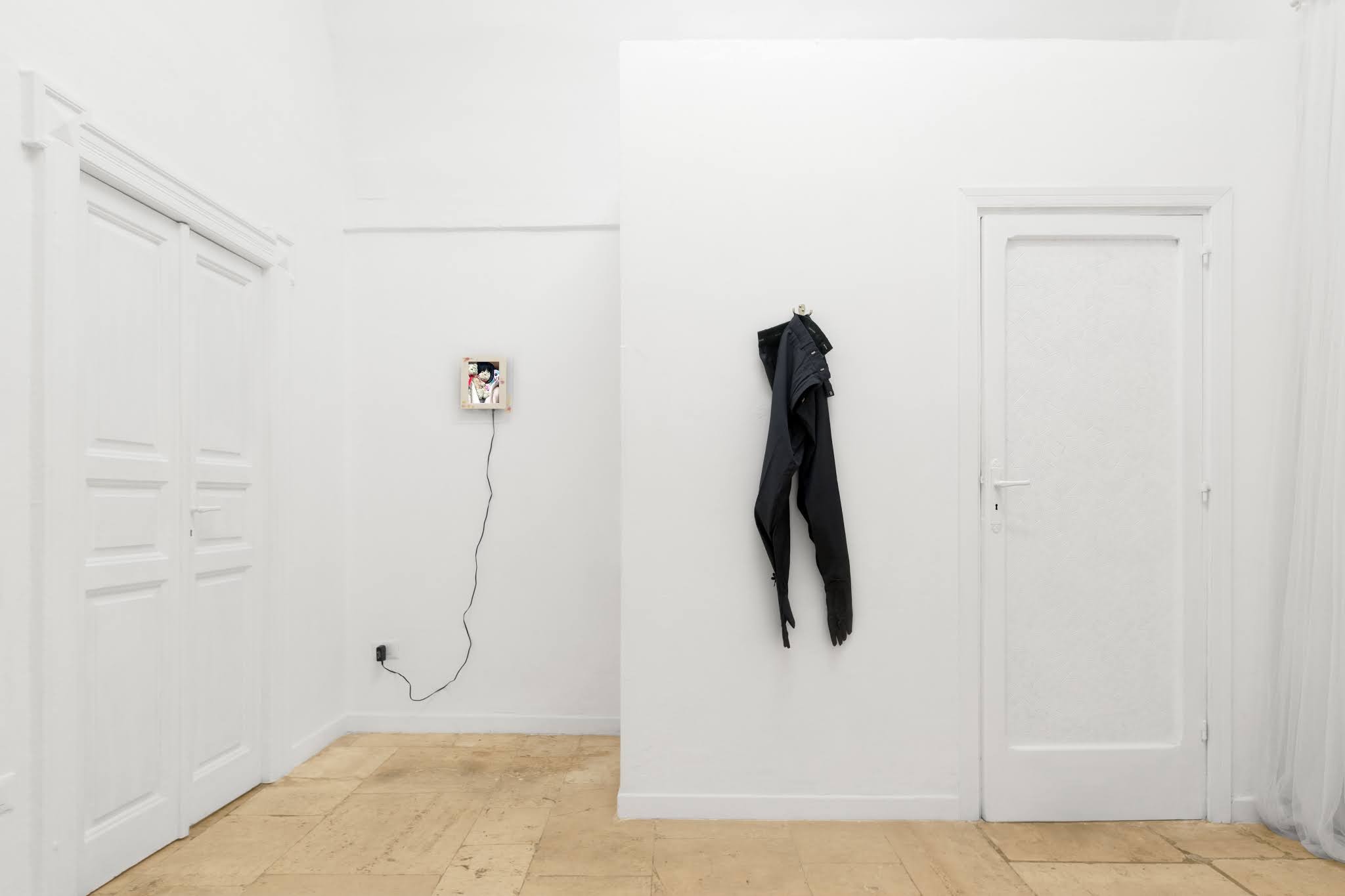 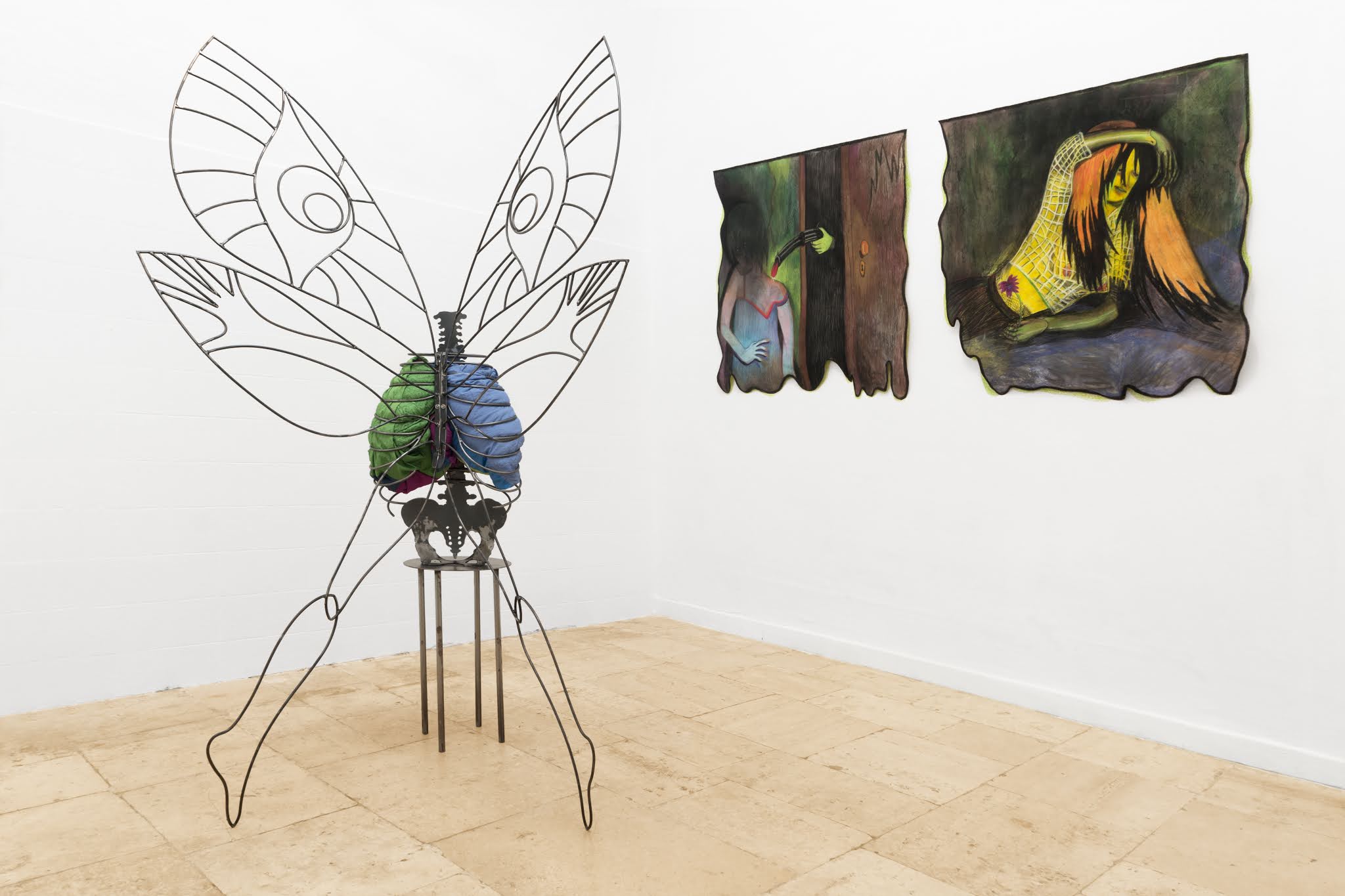 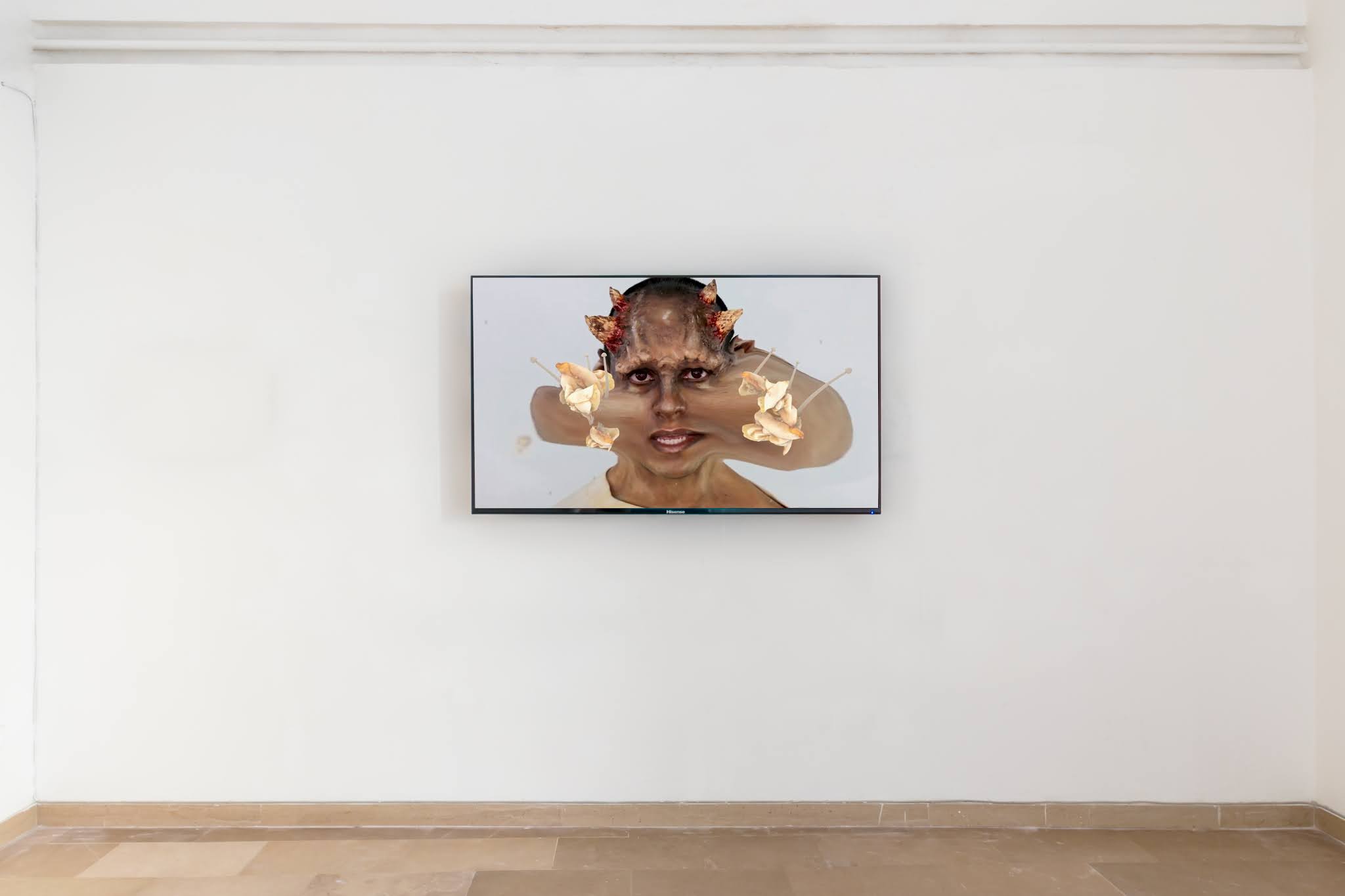 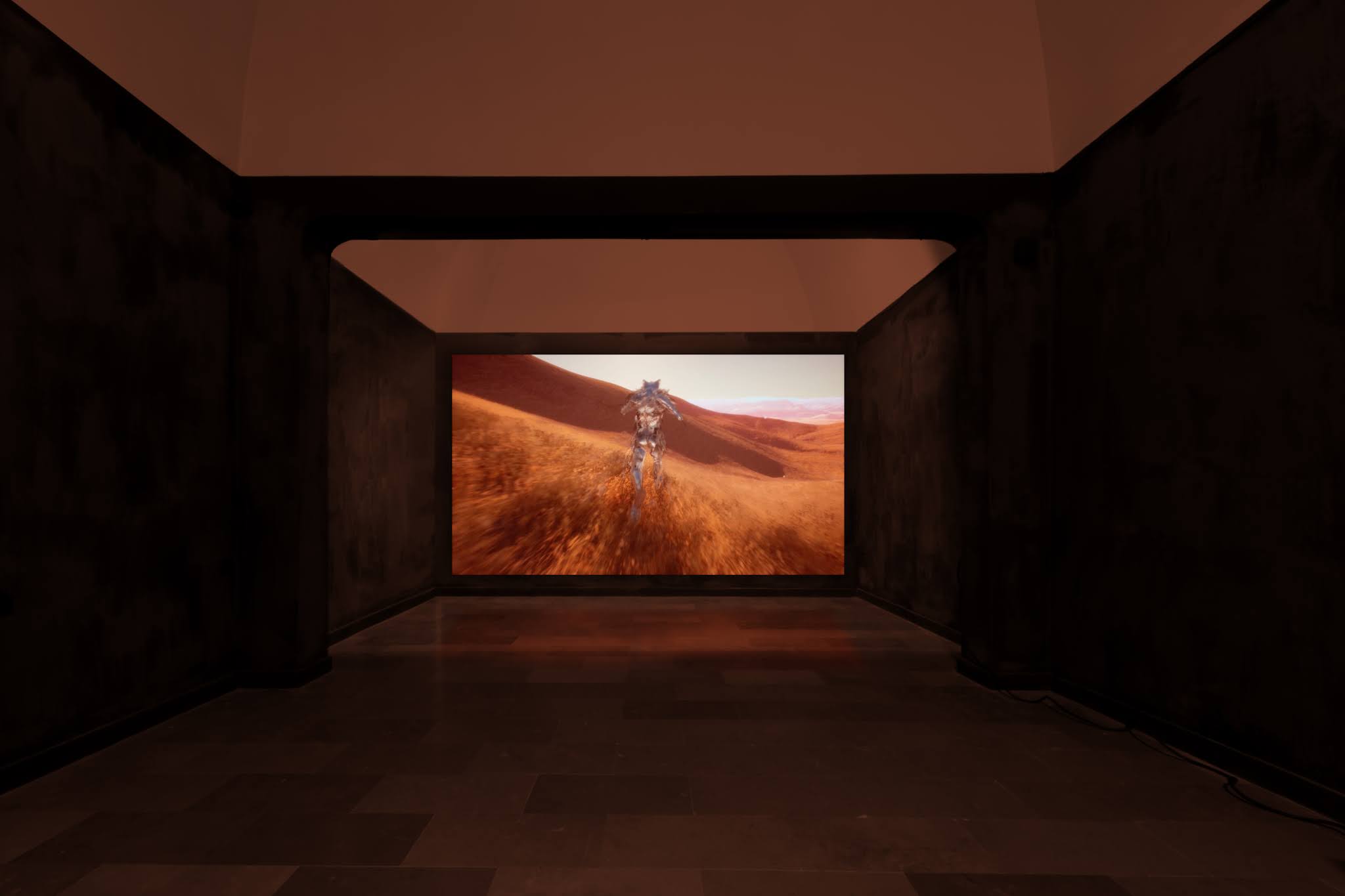 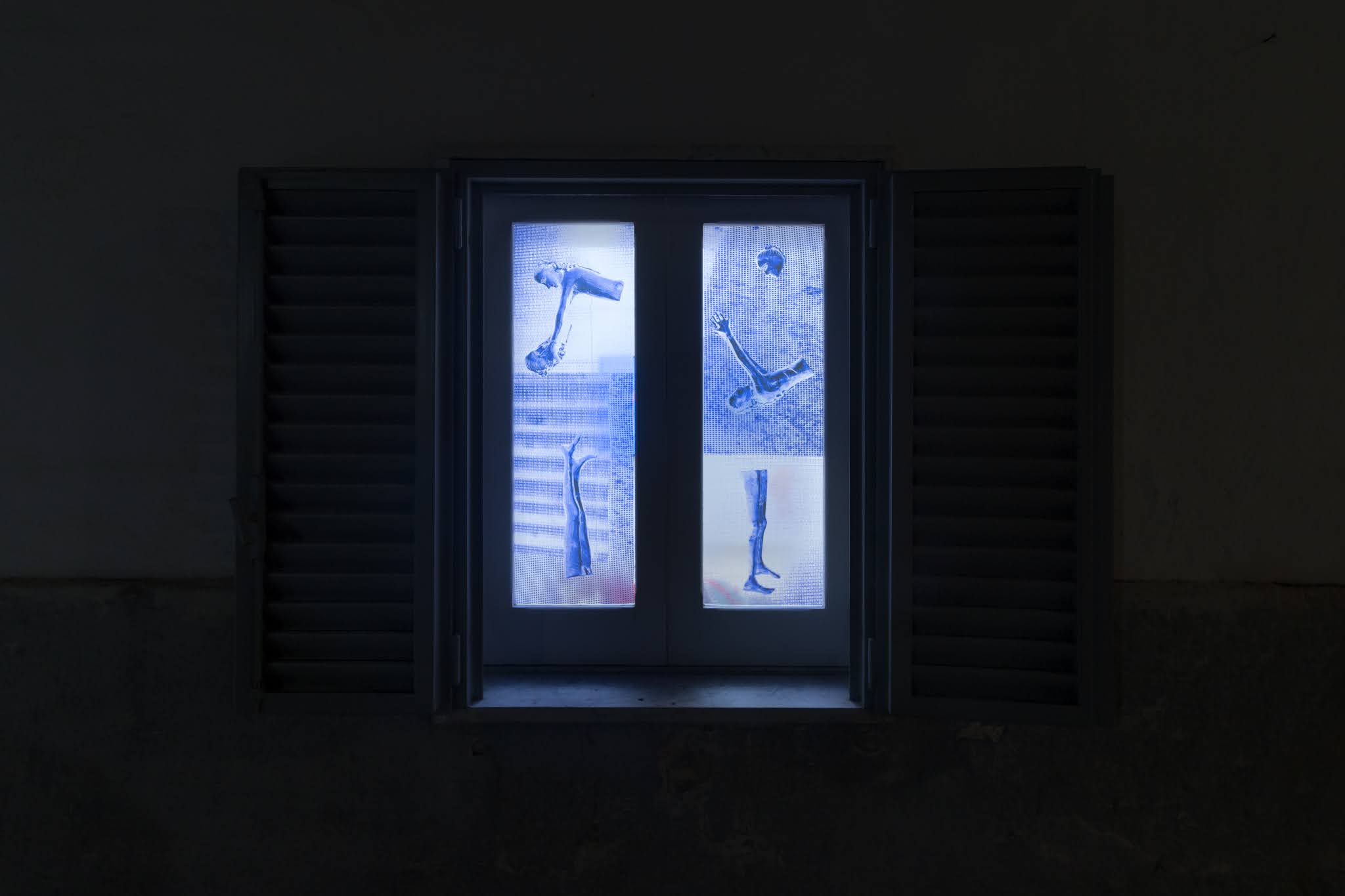 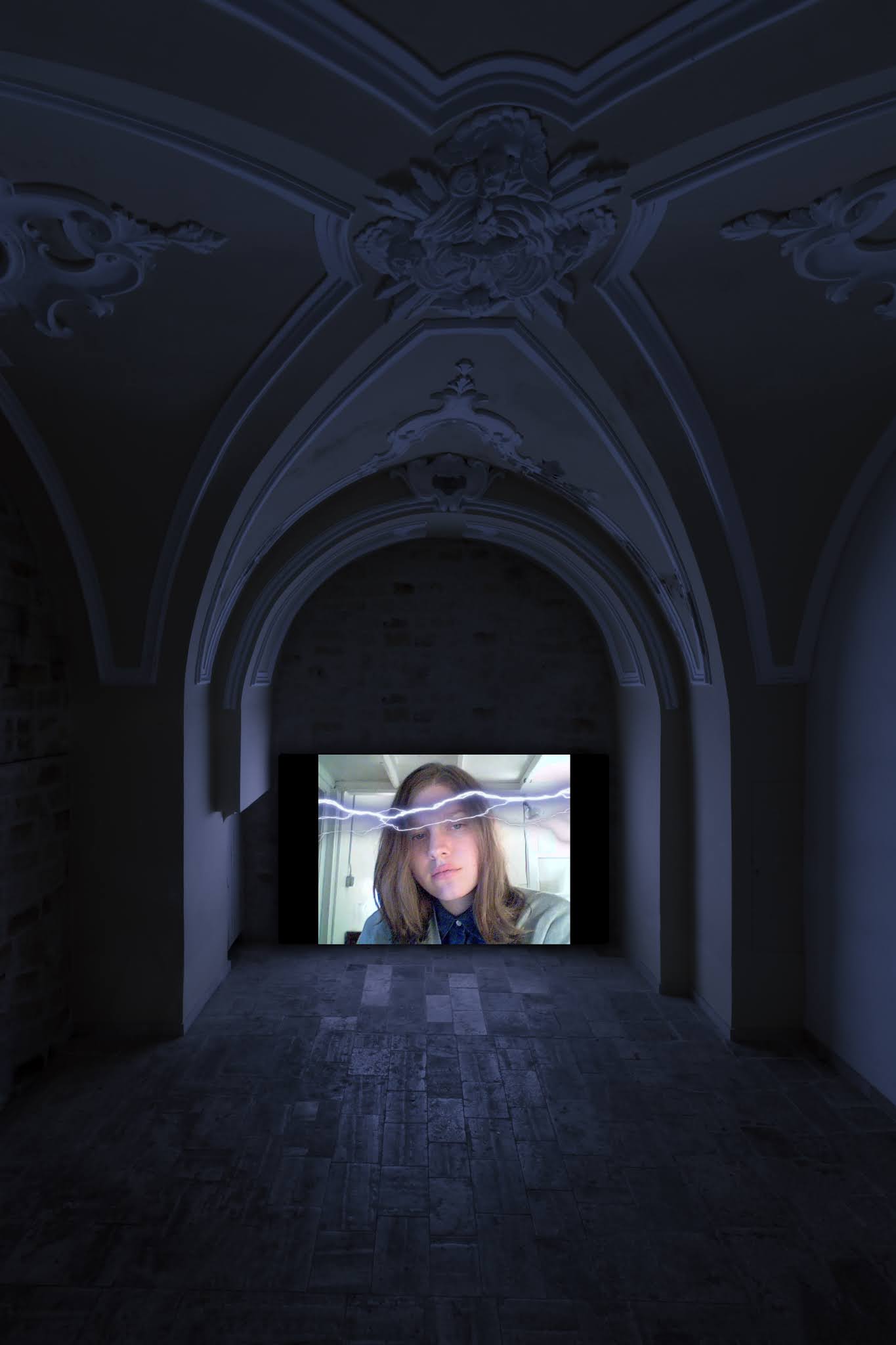 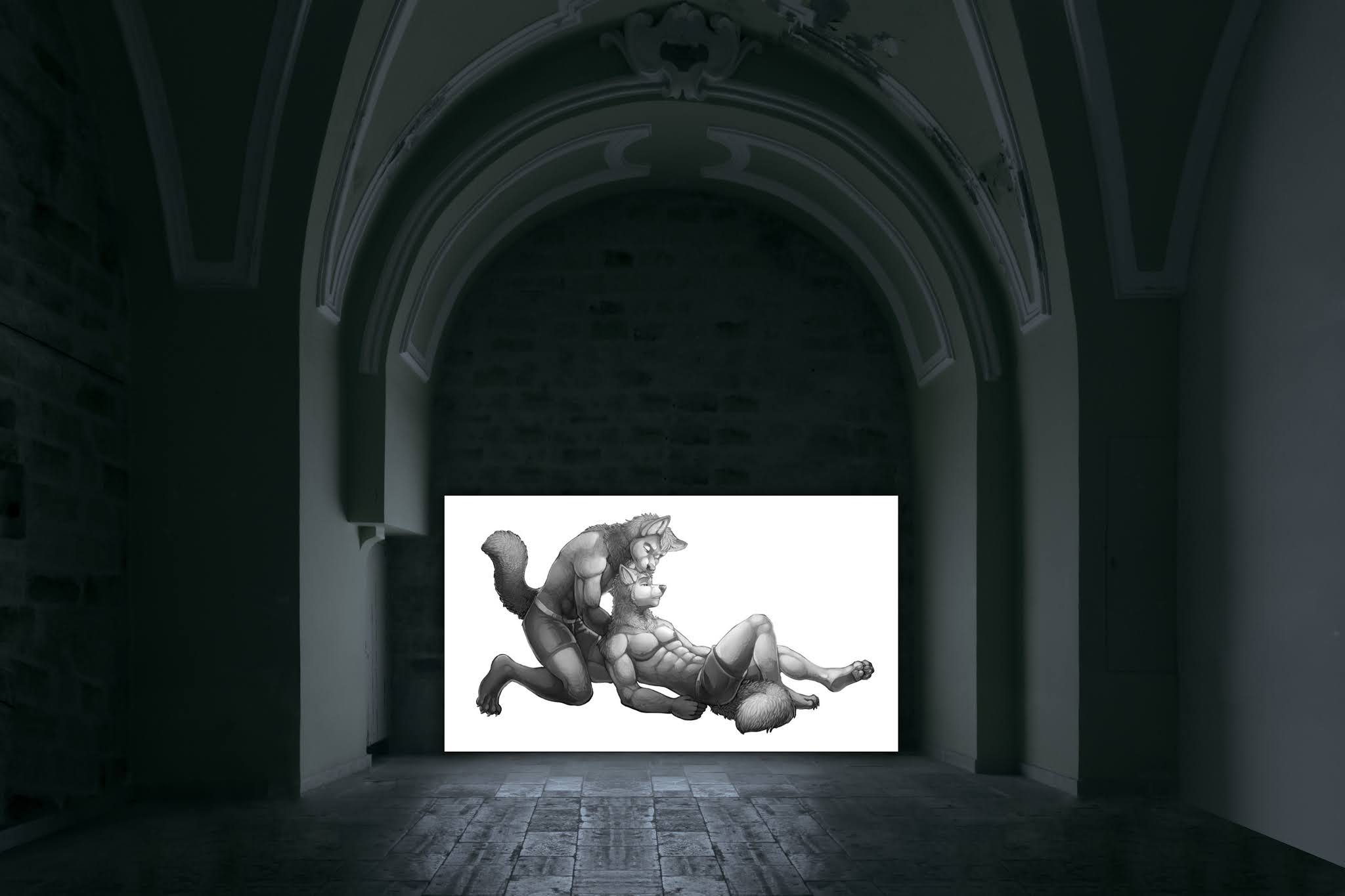 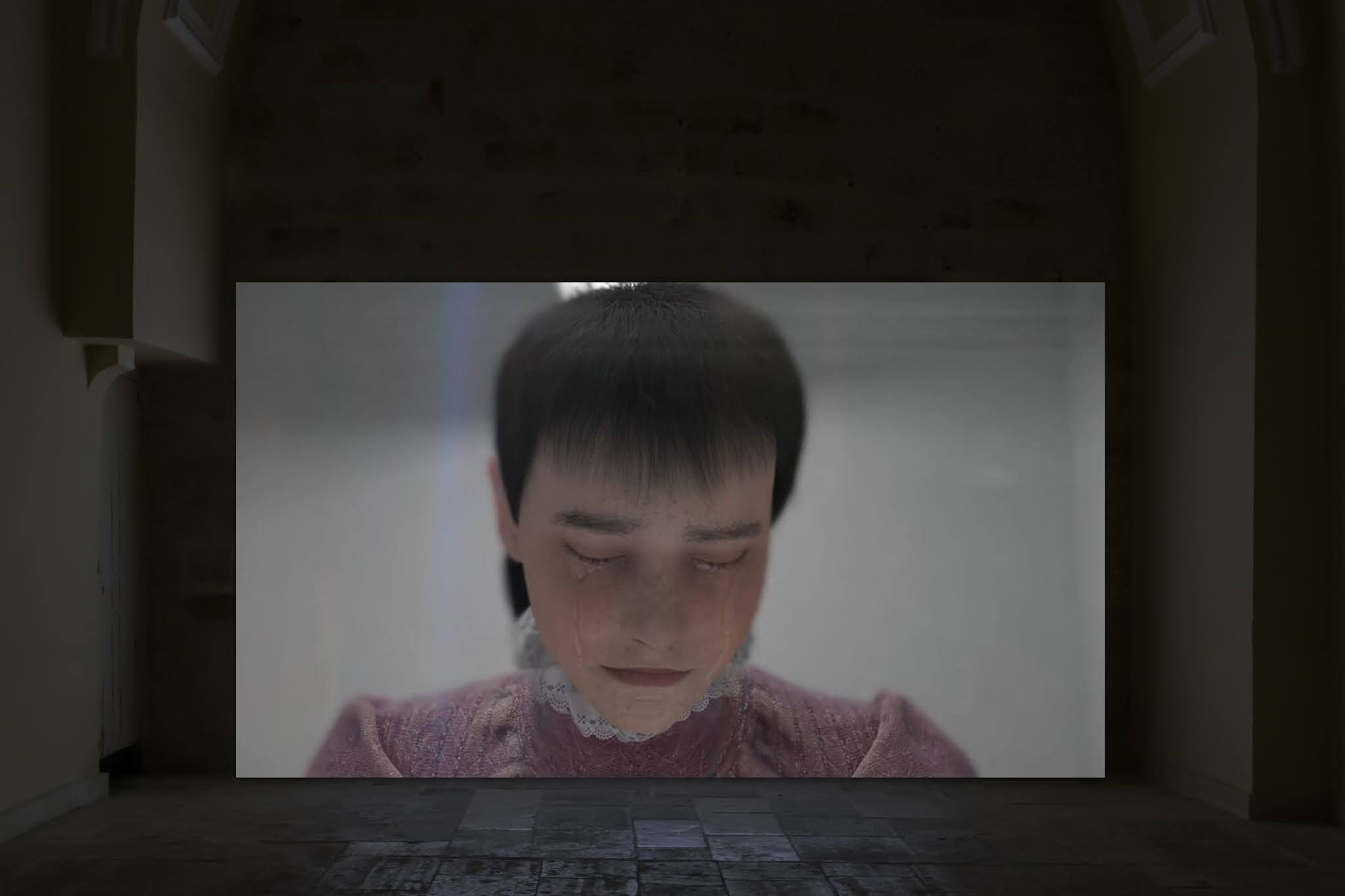 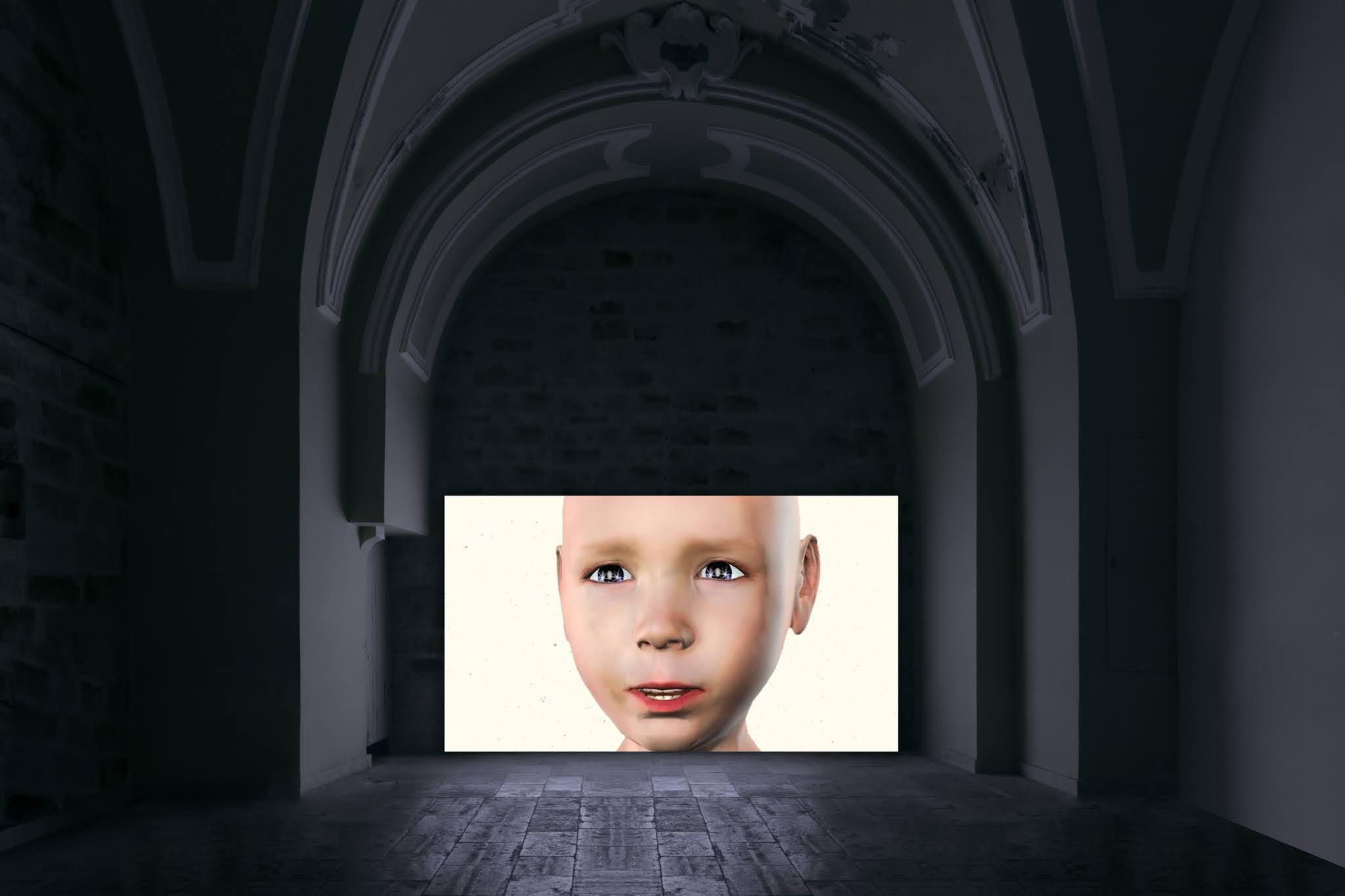 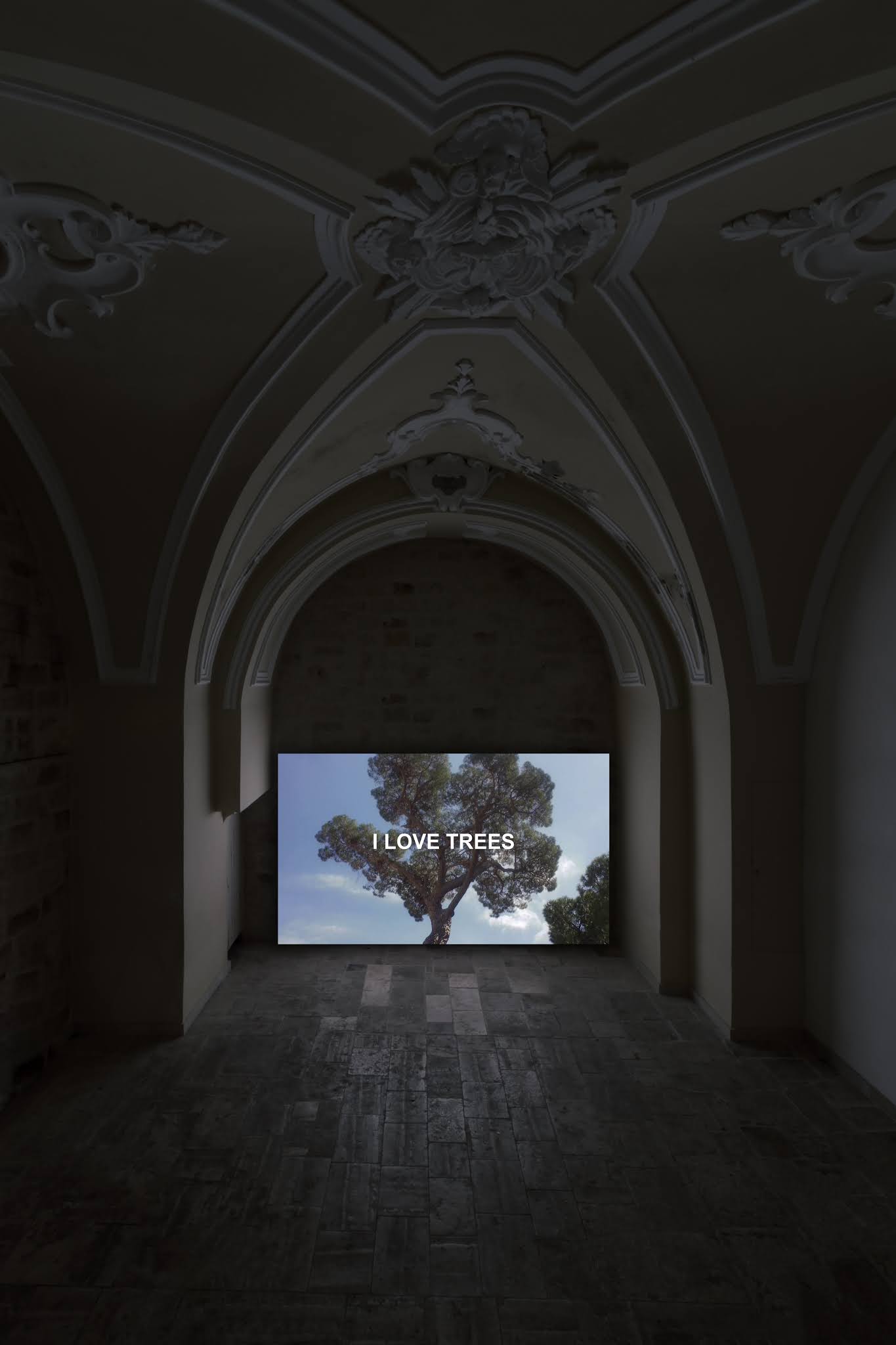 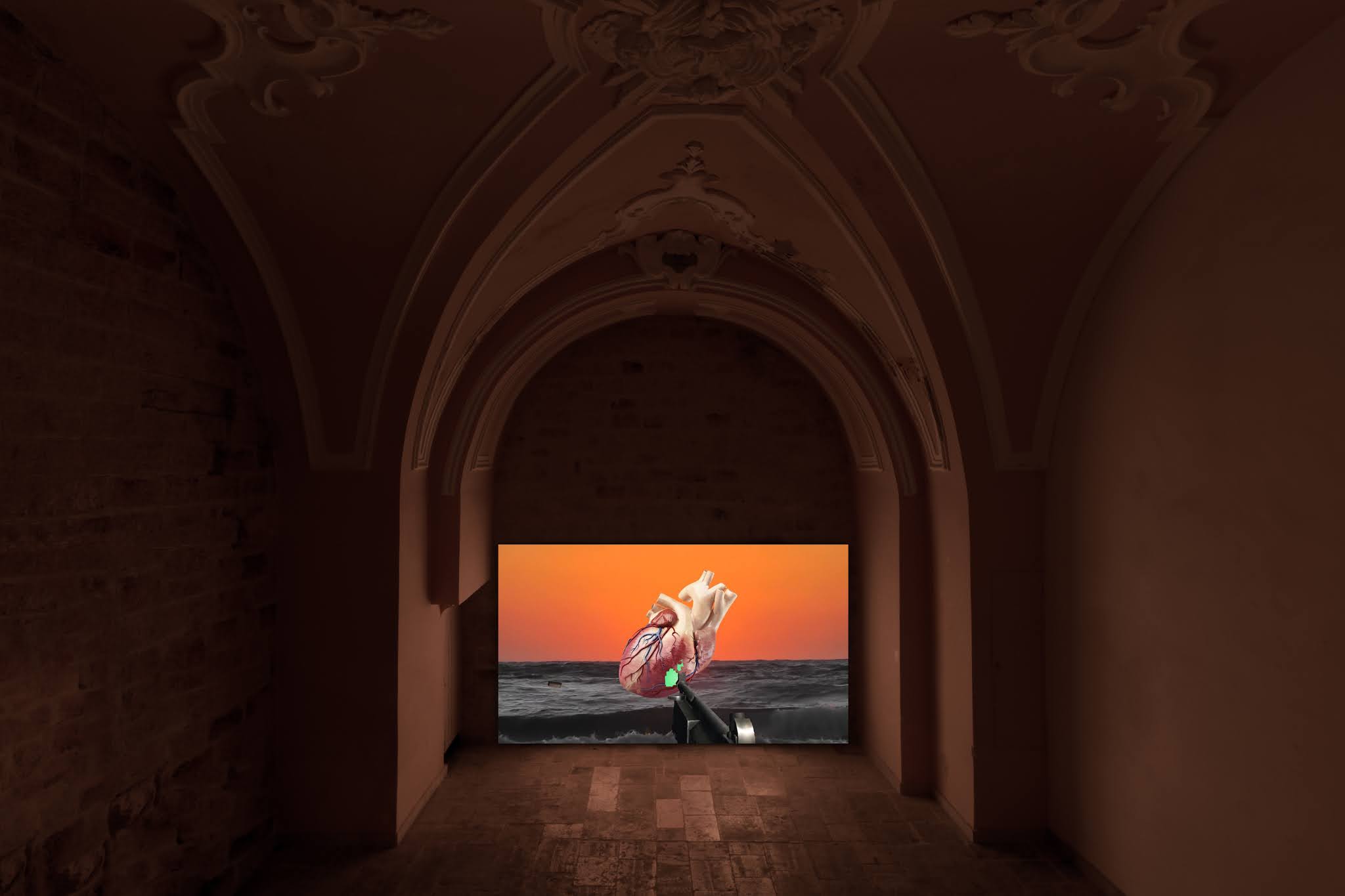 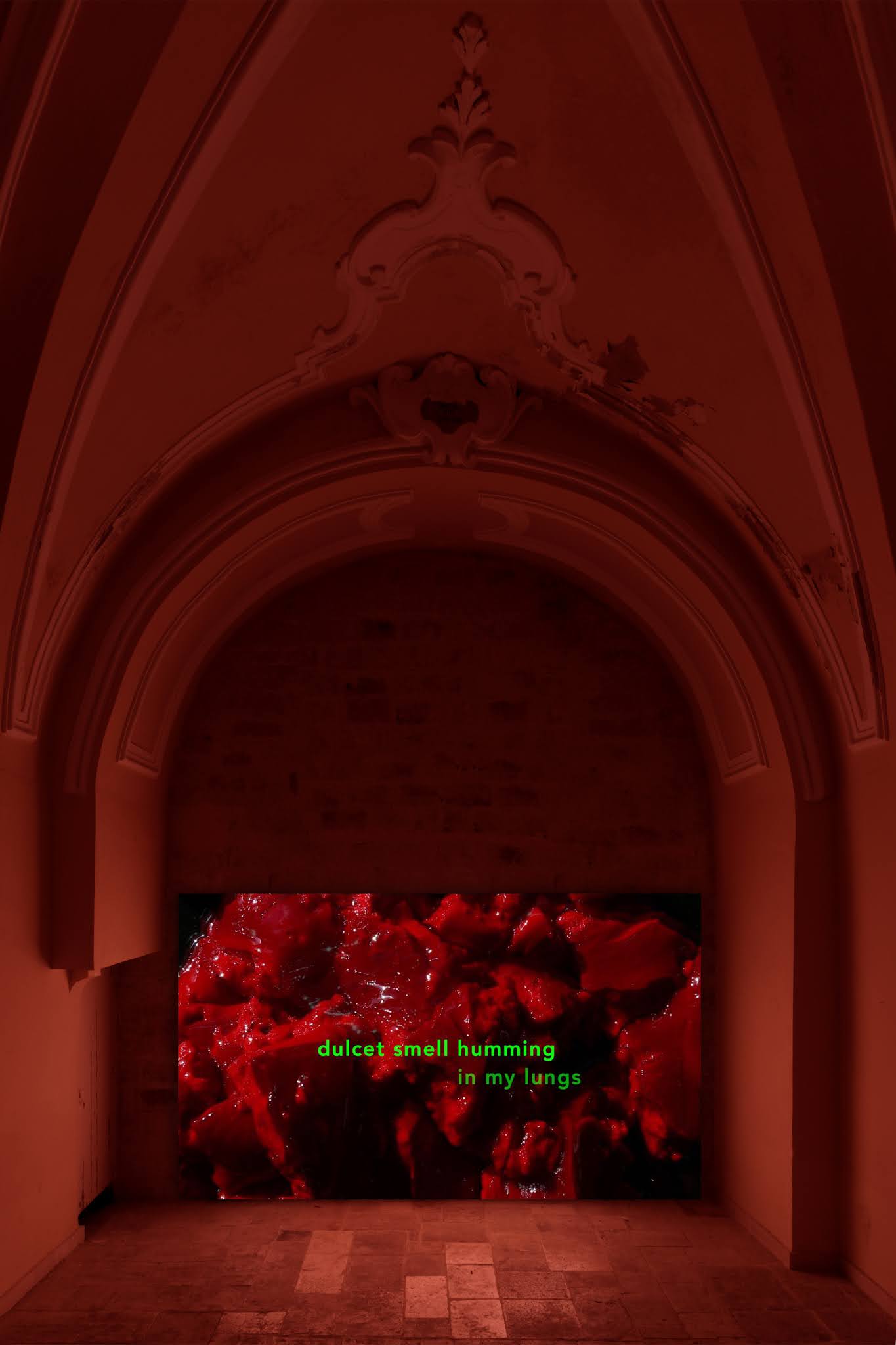 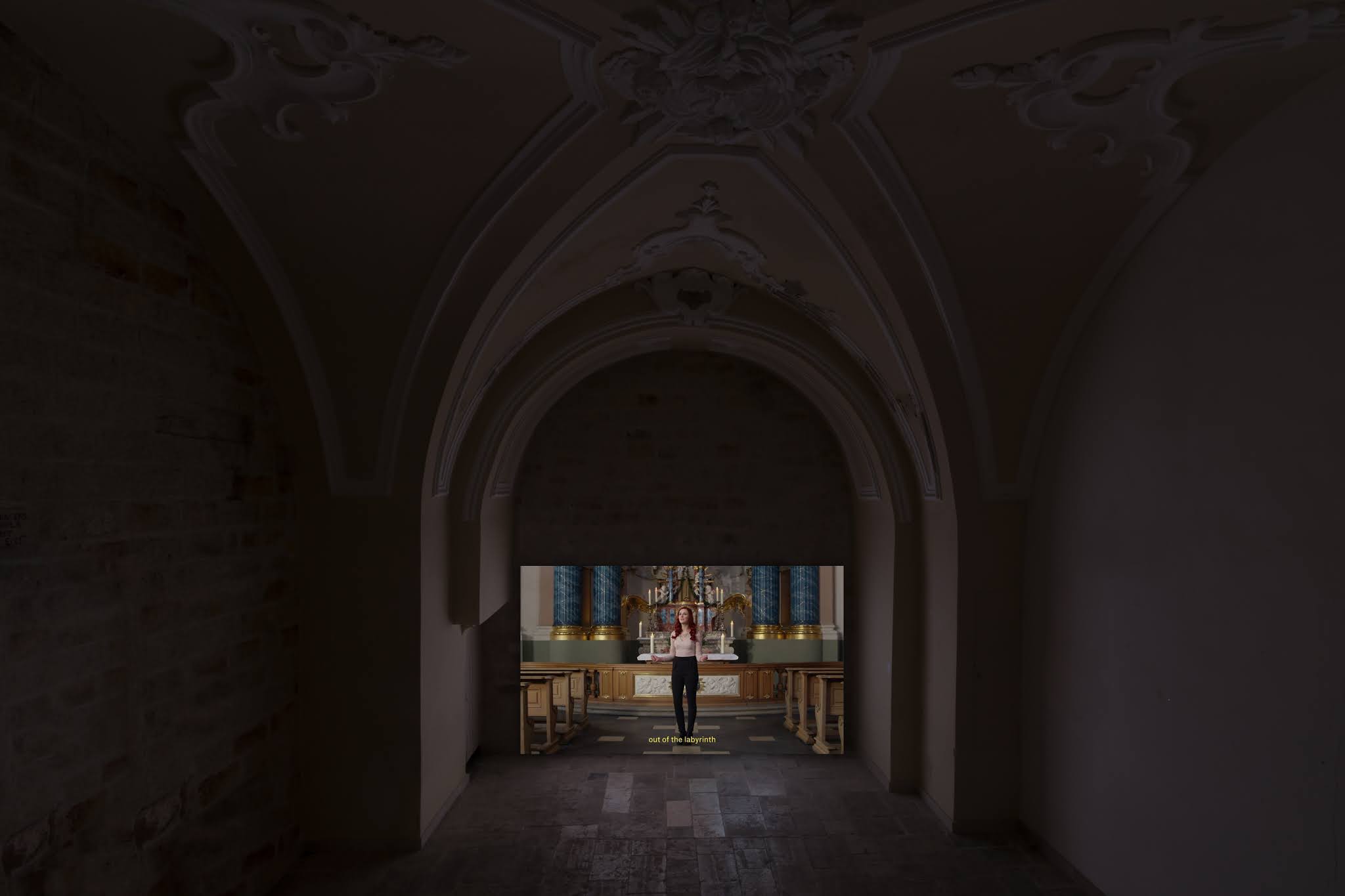 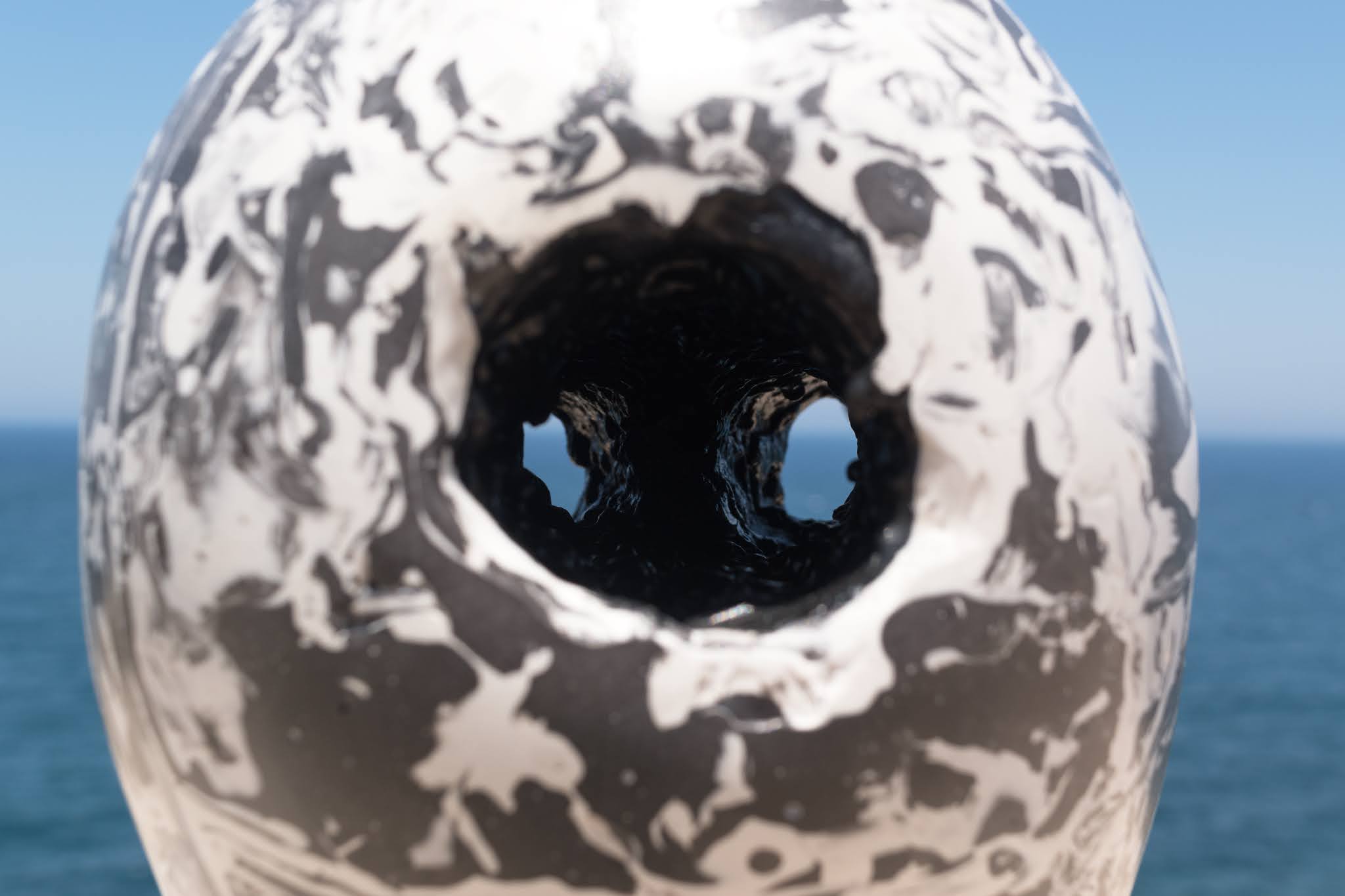 Only one person will be allowed into the space at a time. The exhibition will be experienced in total isolation. The gallery will have no staff and no physical interaction is allowed. The exhibition experience is thus transformed: from an otherwise ordinary social event to a private dimension in which the vision becomes the space of self-reflection.

Monstrous, abnormal, deformed, hybrid, supernatural; a sign sent by the gods, an omen - according to Greek etymology (τέρας); warning (mŏnēre) and demonstration (monstrāre) of desirable behaviour, in the Latin sense (monstrum), but also prodigy, an exceptional fact happening and, in a sense, standing out, as an exception, forcing people to question what is otherwise ordinary.

In late antiquity and in the Middle Ages, a monstrosity is no longer a prodigy; it becomes associated with natural history, leaning towards the fantastic and ending up, in our time, in the realm of horror and science fiction, which outline the existence of alien and cyborg life forms. The history of the word "monster" and of the constellation of meanings that branches out from it through the succession of historical eras up to our current era, in which, once its moral undertone is accepted, we witness the “monsterrification” of objects, individuals, groups, events. The idea of diversity generally takes on a self-punishing value; bodies differing from the norm (or normality), which, by deviating from impossible standards, set up alternative ways in which corporeality presents itself, thus becoming a violation of the norm. The prohibition becomes radical because it is pervasive, crossing the fine line between the inherent antinomy between a normal and an abnormal, monstrous, grotesque body. This involves corporeality and physicality in their entirety, in the present world, in the present era – in which an invisible, parasitic microorganism becomes a threat to the survival of human beings and makes any form of bodily interaction illegal, thus radicalizing the measure of personal space and making the contamination of such space an unavoidable pretext for punishment.

Body snatchers (The House) is a super private, perhaps purely speculative and phenomenological project, which leads the visitor into a bubble which is both familiar and alien. In a scenario which is at once pre and post human, the visitor finds him/herself surrounded by numerous, presumably human (but no one can say for sure, no one can confirm it – if there’s no one else to ask) bodily presences. Bodies, their representations, their performances, their transformations, their fragmentations, and, of course, their absence, piling up. Are these bodies too made up, too dismembered, and distorted, to be human? Are these fragments too elusive to be simply skin and flesh? The visitor will be forced to see themself in other people’s “non-body”, in the trace left after they cross their boundaries and become distorted, dismembered and with multiple limbs, like real forms or materials, but improved, like a disassembled and reassembled collective and personal self. A restructuring of meaning is permeated by an outstanding pars destruens, which, in turn, imposes its own urgency. Looking away is not allowed, nor is turning away: the other side has the same characteristics and the same urgency. The possibility of staying uneasy is unwavering since, perhaps, it is not the bodies on display which are monstrous or in transformation, but rather it is the visitor’s body itself. The more we forbid ourselves to conceive of hybrids, the more possible their interbreeding becomes.

When bodies cross their own boundaries, or parts are separated from the whole, they become something disturbingly different. This forces the viewer to renegotiate the boundaries between the inside and the outside, between the bodies themselves – fragmented, "distorted" – and the source of their own anxieties and fears. Thus, the uncanny reveals its duplicity, just like an object which, while unknown and maybe unknowable, unintelligible, and therefore deadly, is at the same time somewhat familiar. The borderline between nature and the unnatural reveals its fleeting and vague character, giving rise to a disorienting effect when reading and interpreting what we perceive, which amounts to a sense of discomfort towards a body which is it not possible to immediately discern whether it is alive or dead, real or ghost; a three-dimensional and anthropomorphic body, that is, which questions the certainties reality’s categories and ambiguously mixes the opposite concepts of life and death, which are otherwise necessarily experienced as binary, together.

Body Snatchers (The House) – to be understood as a single collective work / experience – lines up together speculations on reality and fiction, on subjectivation but also on intersubjectivity, hierarchy and becoming, the encounter with otherness, the relationship (interaction) between different components / materials / realities and the negotiation between the private and the public, I and We, I and the Other (and, if it still exists, the other-body). As in Abel Ferrara’s homonymous film, it is difficult to state what is real: you or them - your body or theirs (and again, us or them - our body or theirs)? The human body embraces and welcomes the non-human, the otherness, within itself, harboring it and determining a presence / absence of bodies in the making, evolving or reacting to something new and unexpected, thus giving rise to a metamorphosis.

Corporeity is seen as stemming from the relationship between the body and the organic, where the organism is both a vital component and a structure, both a normal and a normative organization. The aesthetics rooted in the states of change and hybridization, of permanent transition, implies a rethinking of these aporias with a view to an awareness of the arbitrariness of the purity claim, of the adherence to the rules of nature aimed at expelling and condemning diversity, of non-conform, of abnormality accused of anomaly.

According to Gestalt theory, the ways through which visual perception operates proceed from a sort of overview that allows grasping the entirety of what is perceived. Secondly, the original “holistic” approach is transmuted towards an analytic understanding of the perceived data, operating a sort of scanning of the single elements that compose it. Since «It is at the same time true that the world is what we see and that, nonetheless, we must learn to see it», it is necessary to decline in a perspective sense our gaze on what surrounds us, learn to relativize, suspend judgment and, contextually, sharpen the critical sense. The sleep of reason generates monsters, in the same way that the torpor of emotionality generates inhumanity.

Body parts and flesh cuts not always identifiable force the viewer to a visceral encounter with both familiar and alien objects. A human corpse is not abject in itself, but the encounter with it can certainly generate aberration. But also attraction. A recalibration of one’s relationship to the object involves the body while trying to assess whether the foreign object is a source of threat or fascination, perhaps both, co-belonging elements of a toxic soup that engenders seduction and carnal interest in disgust, dystopian fantasies of voyeurism and violence, visceral and sculptural allusions, imagined narratives of bodily invasions; the rampant grotesque, with elastic, deformed or monstrous bodies. The possibility of metamorphosing one’s own flesh and image – of permeating its thresholds – is both intoxicating and anxiogenic.

Body Snatchers is a boundary creature that wanders between the edges of everything that is familiar and conventional. It is eager for transformation, an open mouth that invites us to descend into other worlds, into a space of new ideas and ethical riddles. A ripe ground for the rooting of perversions that push the boundaries dismissing the limits of any legitimacy, freeing narratives dealing with infection and altered states. Life is a constant change; we are eating the world, the world is eating us. We are all mortal. We are all human. We are all flesh. We cannot escape our inclinations nor our flesh and blood, their decay and putrefaction. The next generation may also evolve into cyborgs,while still remaining blood, guts and excrement… contagious and virulent...

Only one person will be allowed into the church at a time. The exhibition will be experienced only in total isolation. The church will have no staff and no physical interaction shall be allowed. The exhibition experience is thus transformed: from a social and mundane event to a private dimension in which the vision becomes the space of self-reflection.

The projection of each video shall follow a random playlist following the order of the Canonical Hours of the Catholic Church; the hours dedicated to communal and collective prayer.

The videos appear as visions, as frescoes that come to life on the walls of the church, as candles lit for a saint or as prayers. The projections work as large mirrors through which the visitor can compare and reflect himself (as a comparison, in the absence of any other human presence).

Body Snatchers (The Church) takes place at a time when the rules of isolation and physical distancing are in force, a radically self-reflective time in which the body does not necessarily have to perform or materially manifest itself to others – if not through or within an immaterial dimension. The project becomes extra meaningful given the current situation of social distancing and expansive digital communication. As the longing for physical contact with all that's left behind, excluded from our intimate bubble, is growing, the confrontation with flat images gets more painful. We just have to caress the screen and accept the value of the non-material being.

The project is set within a space intended to host the liturgical assembly, an aisle which commonly hosts people who believe in the real existence of the body and blood of Christ, but which now hosts a body forced to believe that the others, their substance, and their physical presence still actually exist. The church is also the place where the faithful believe that the body (the incarnation of the Divine) is resurrected and returned to life after death; a place of life and death, of passage between the two, and of their mutual interchange.

In the Gospels, the empty tomb and the resurrection are one and the same. Women and apostles never see the resurrection as the reanimation of the dead body. They only see the absence of the body and the apparitions in a new and mysterious form, open to interpretations. It is the absence, the emptiness, the substance of resurrection.

The dreamy, awaited, escaped and untouchable body becomes the image of a reproduction which meets the needs of desire. The lost body is really absent, loneliness becomes the place of its abstract presence. So is abstraction itself nothing but absence and pain or is it painful absence?

Waiting for others activates the manipulation of the object of desire, giving it a body, a face, a character, intentions, words, which almost never correspond to reality. The object one waits for itself, the mass-centre of this dynamic, can actually turn out to be nothing more than an imagined object: what is this body if not the product of imagination? Isn't it an unreal, evanescent body you are actually waiting for? Is the awaited body endowed with its own objectivity or is its image linked, by its very nature, to the subjectivity of those who think it?

In a place whose very name indicates the space dedicated to the community, the gatherings of the faithful and the liturgical assembly, Body snatchers (The Church) speculates on the dimension of isolation, transformation, presence/absence and on passing and crossing physical boundaries, as well as on the concepts of nostalgia, loneliness, pain and grief.