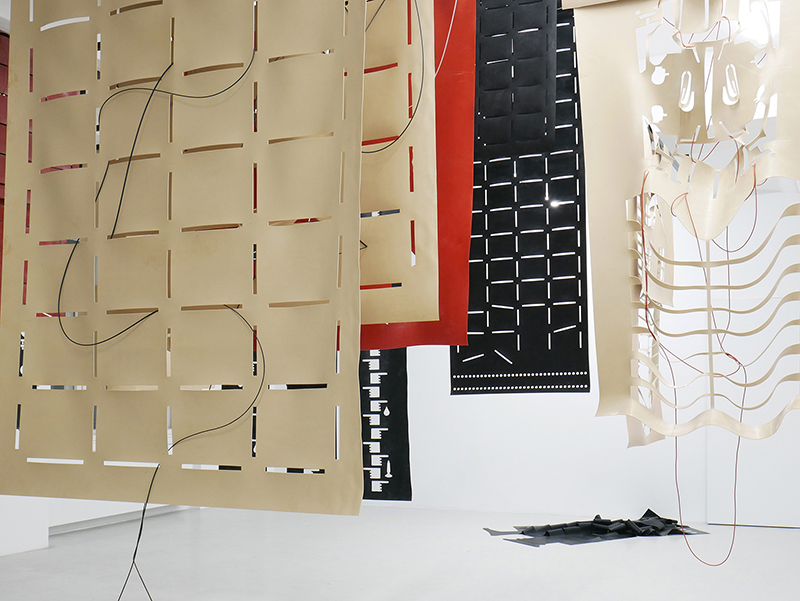 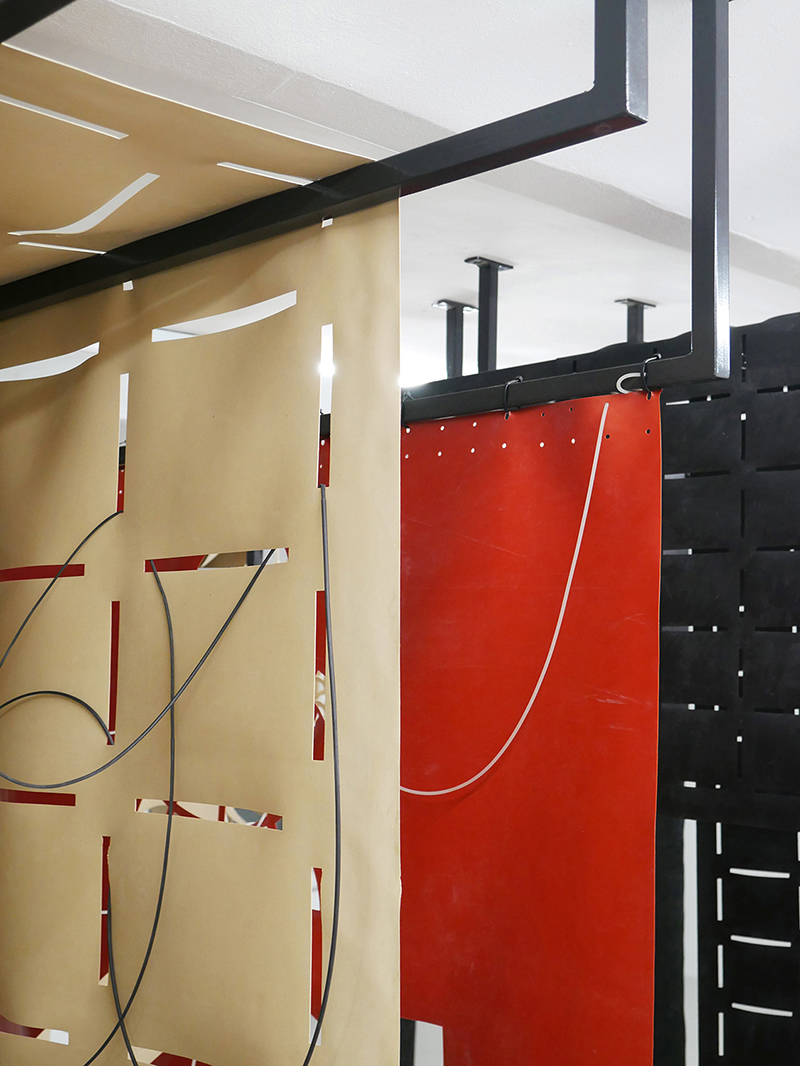 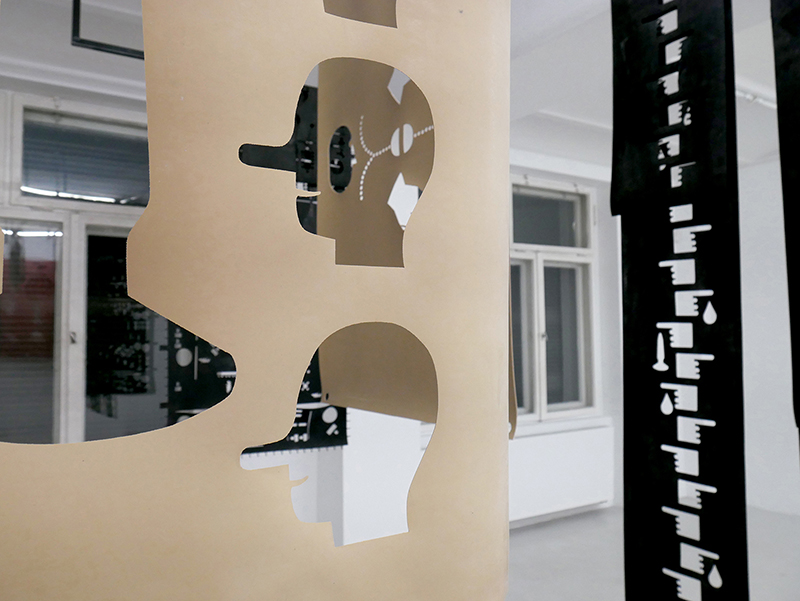 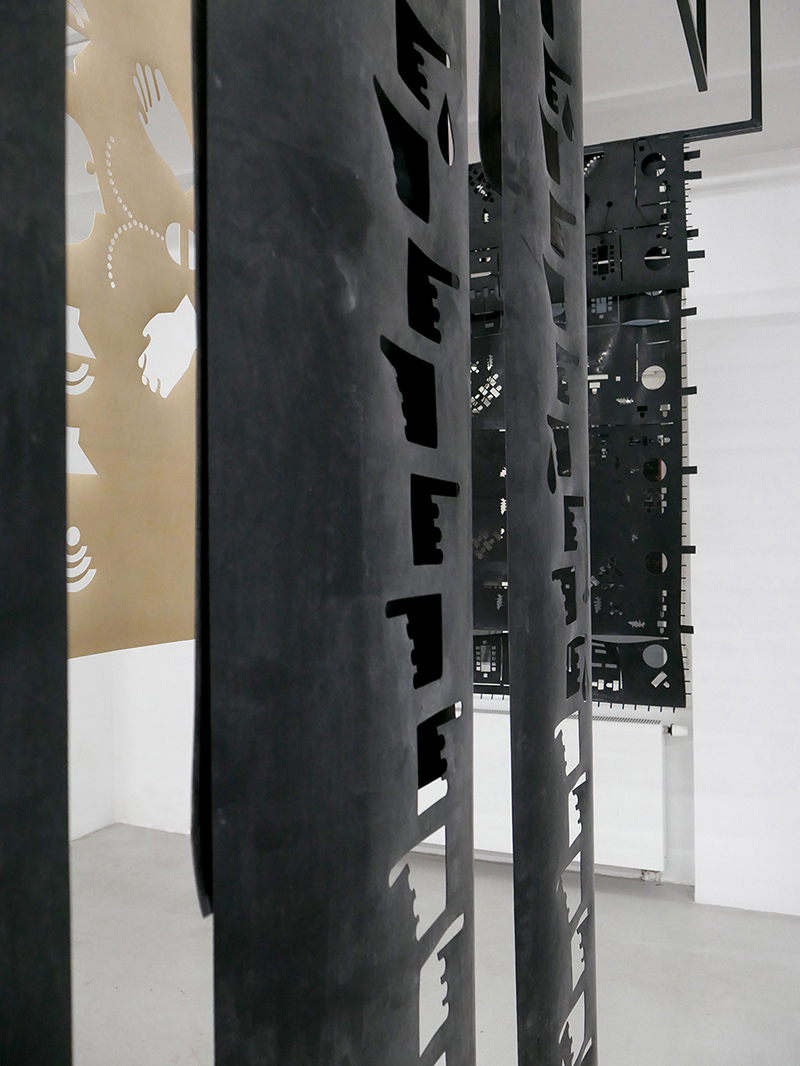 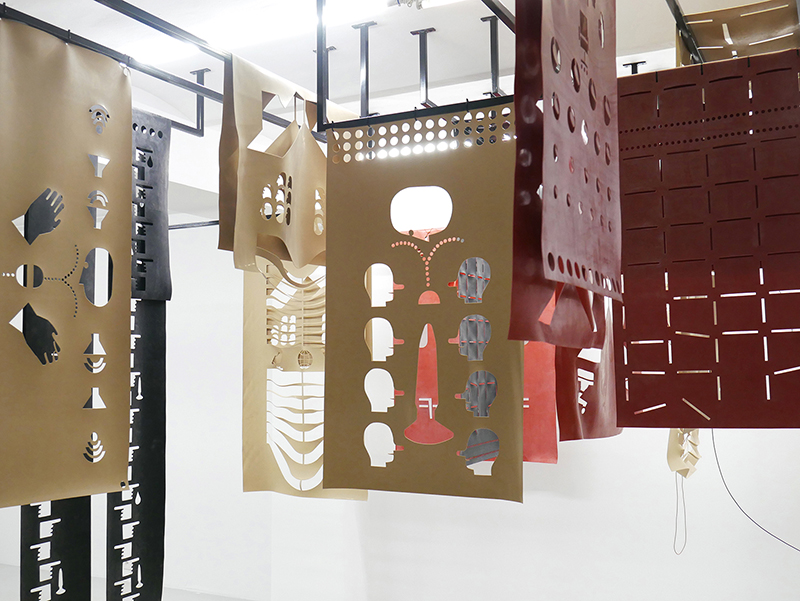 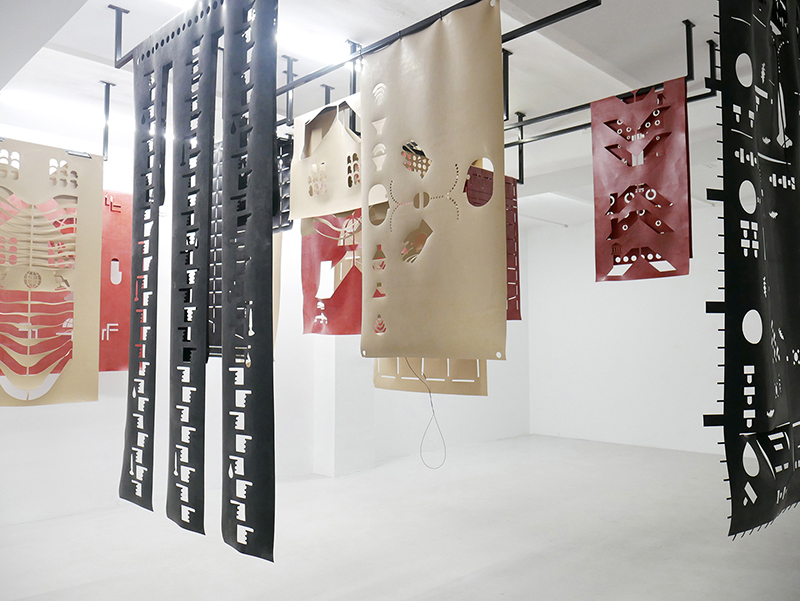 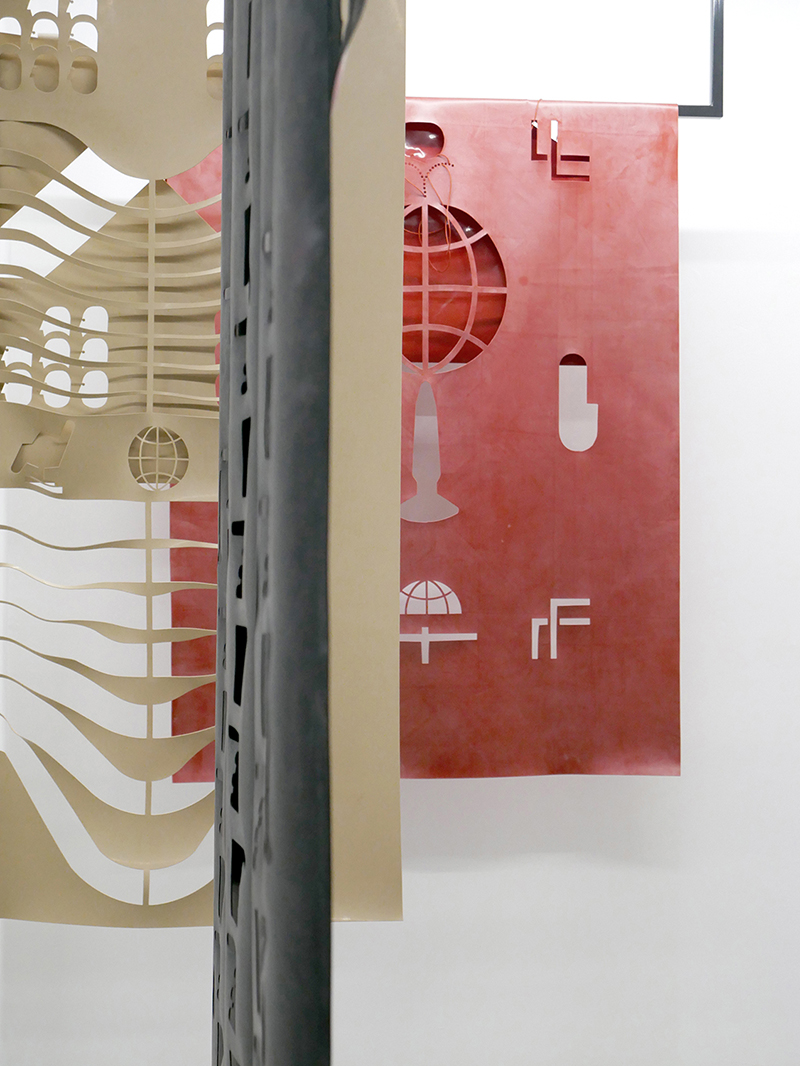 The headquarter carries a head within. It stands on it or rises touching the ceiling with it. It duplicates itself, forms groups and splits into delaminated layers. Inside the task allocation unit, its working strings and arrays construct their own architecture of feedback. The placement of the desks, their size and illumination determine hierarchical dependency.

In the article entitled The Line (dated May 1921) the artist writes: “The human is bored, considers work a dreary, tedious and futile spending of time, while their life—with minor exceptions—appears monotonous and void, for they fail to recognize in themselves an entity capable of constructing, building, and destroying.” Today, the building and the destroying have been taken over by corpostructures. Alone, there is little one can build or demolish. Only construction is left to the individual, most often available with “de-“ as a prefix, and no return options. Thus, we construct the shared space, the dependencies within its bounds above all. This is the sole thing we have access to as the material of resistance against that monotony of work.

Over the hundred years, various Offices for Brand Strategy and Sector Promotion have learned how to tighten the tolerances in the cogwheels of wringing the employee dry. The upper floors demand more, adding cubic or square metres in return. The promotion provided for in the structure invariably requires the material to be stretched yet again and further sections of time to be perforated. Here, the consciousness is moulded by the expanding space.  This is the SelfDesk vs Helpdesk round being played.

The repression of vague forebodings we may have with regard to being penned in groups in the organized shared space exacerbates the tension and situational discomfort. Admiration and desires are awoken and aroused in the groups, only to die and expire because of them. We persist in the established pattern of behaviours, but grasp at every opportunity of release. We desire others, peeping at them through the apertures of the furniture and desks, simultaneously dreading the gaze of another resting on ourselves. The bonding connection is as forcible and impossible as it is yearned for and imagined.

Each and every office is a headquarter. The fact that the gallery is located in its immediate vicinity and the symbiotism of both spaces are not without significance. The installation Headquarters constructs itself by virtue of the material whose inherent properties dovetail with the analyzed issue. Built around a metaphor and reversed perspective, it compels one to look through to the other side. The successive openings and shapes create the interlacing weft of particular patterns. The dimensions are flattened in this world to maximize the communication and unequivocality of the guidelines. The target shape is discarded, leaving the blanking die in the inversion of what has been cut out. The hole offers a glimpse of the consecutive layers and couplings which strive to sustain the vicarious structure more or less intact.