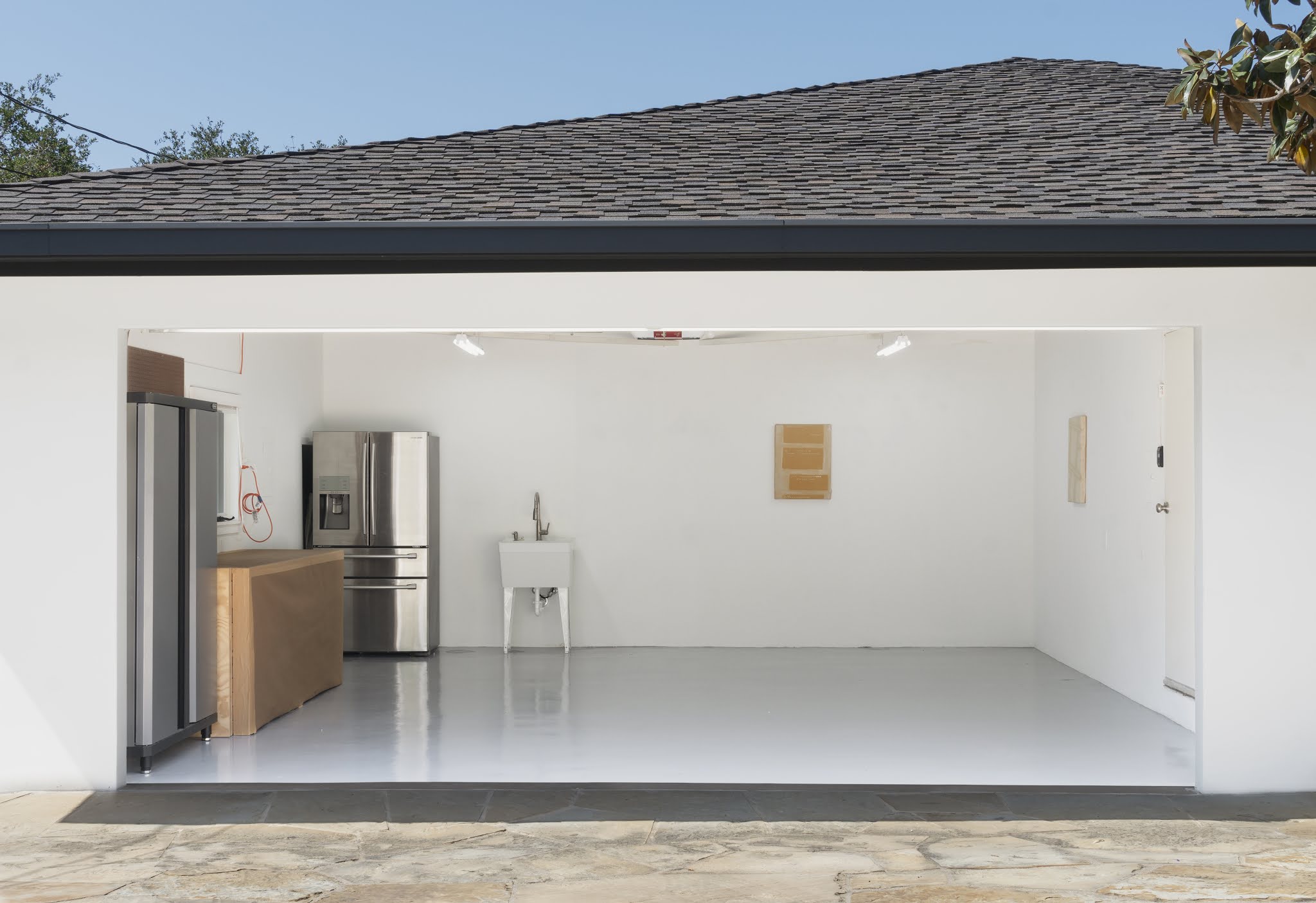 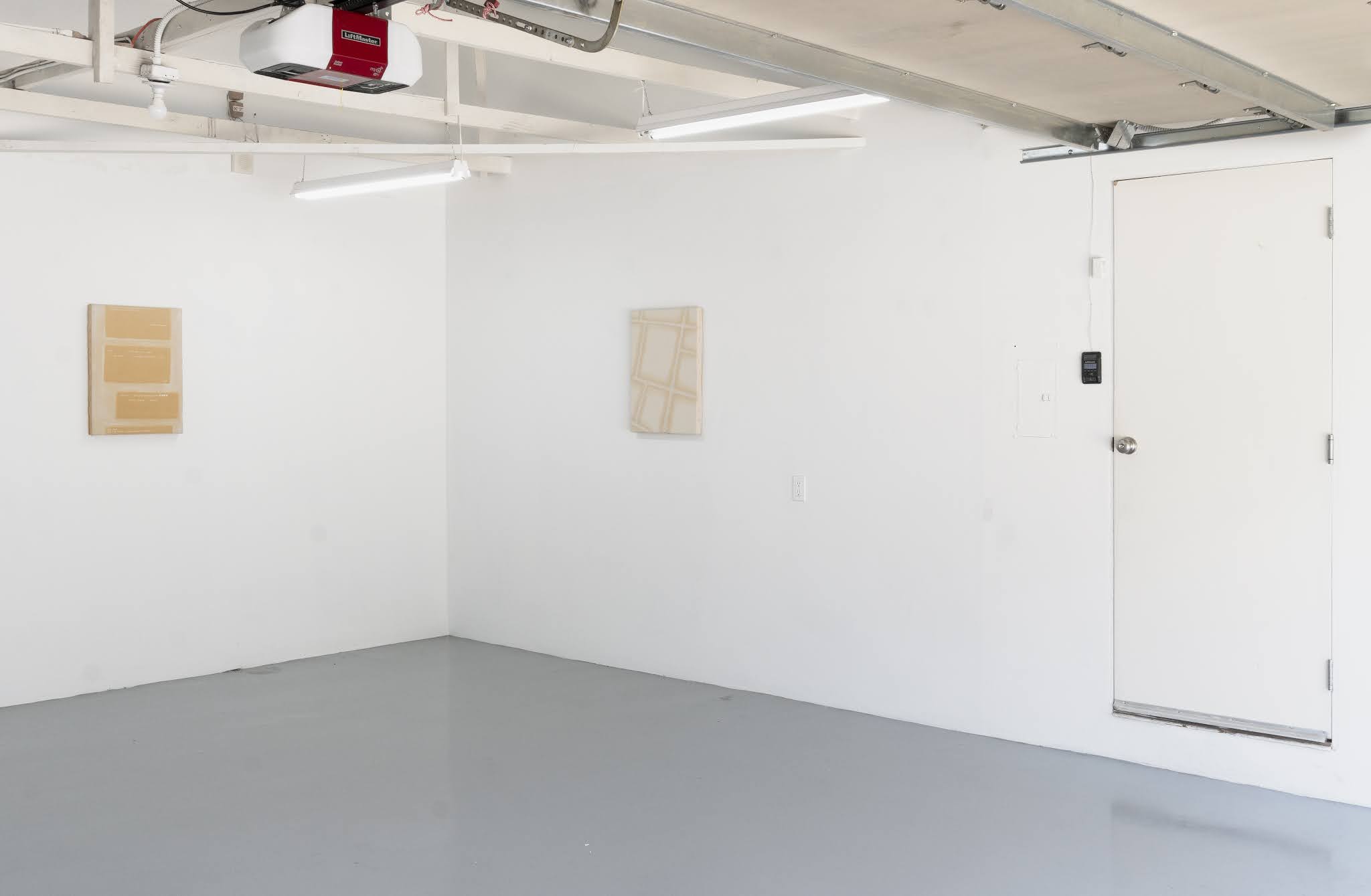 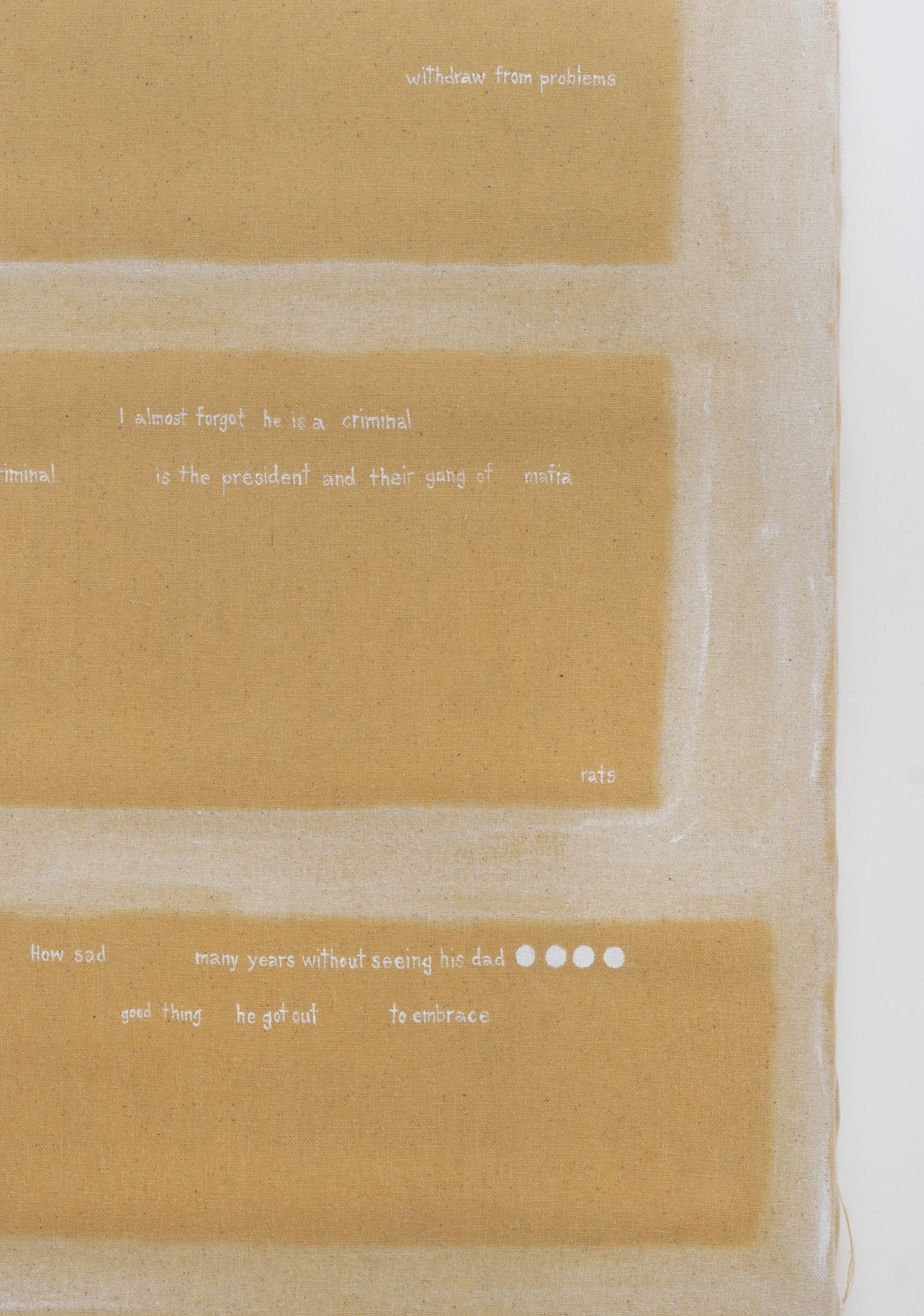 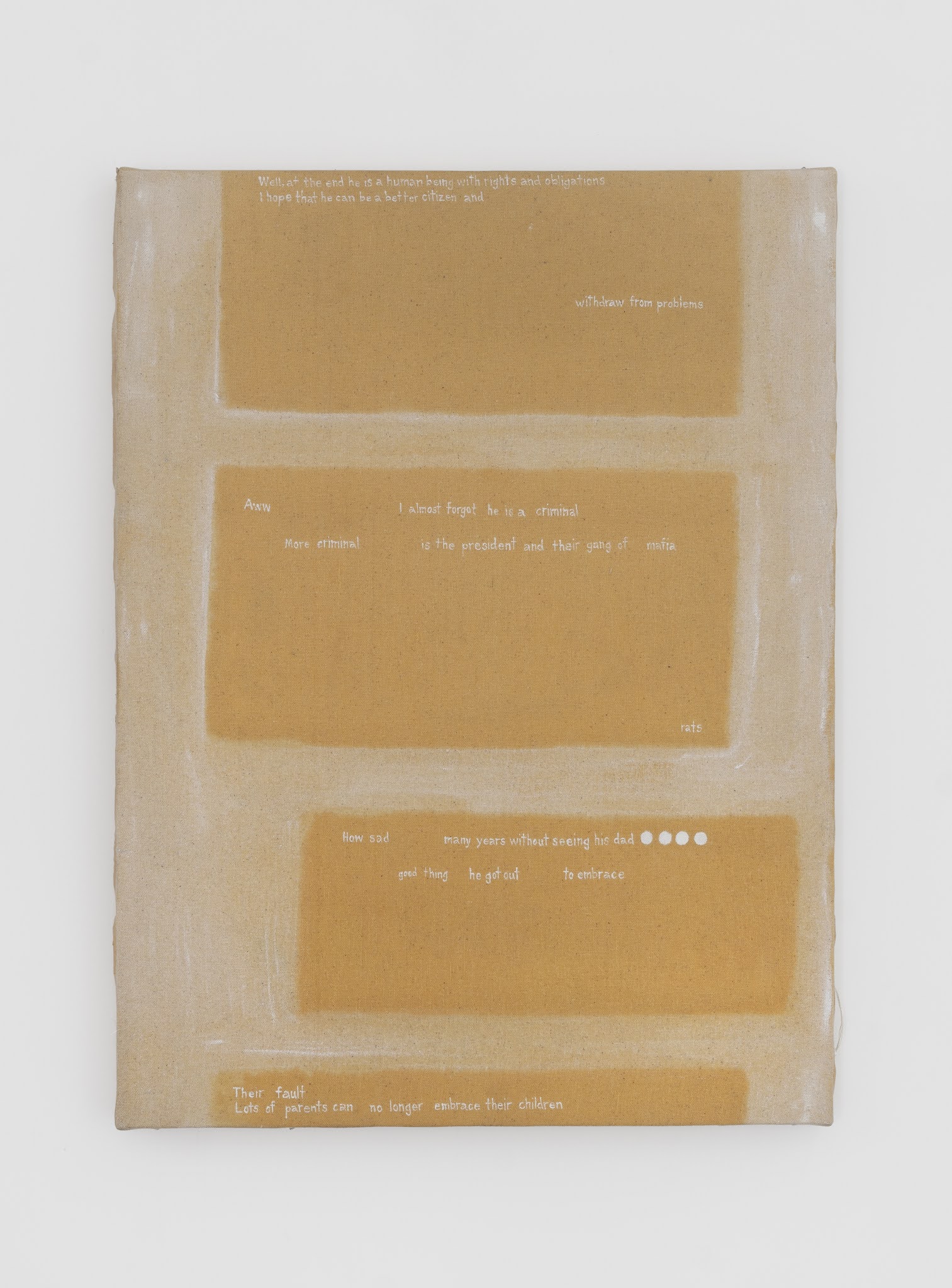 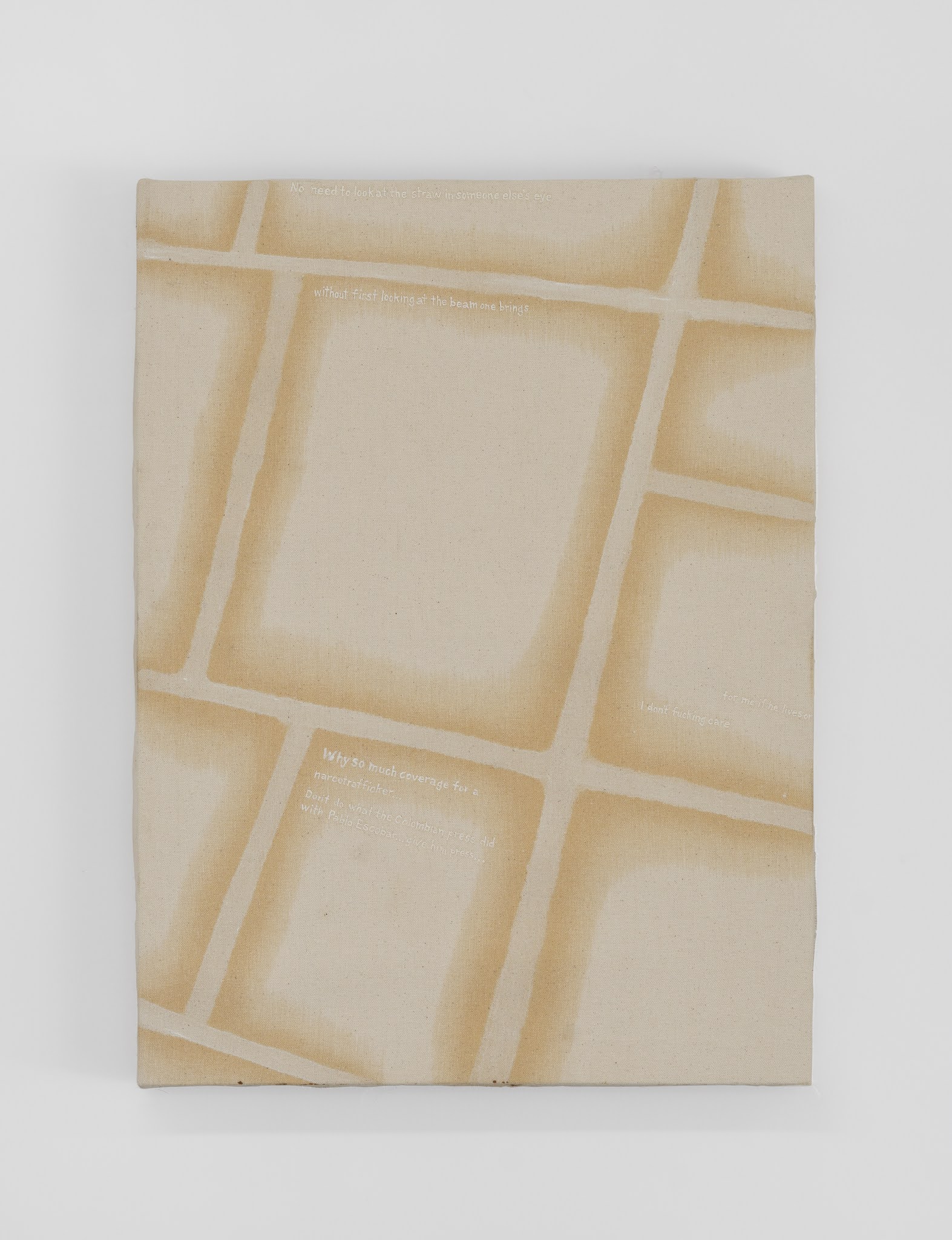 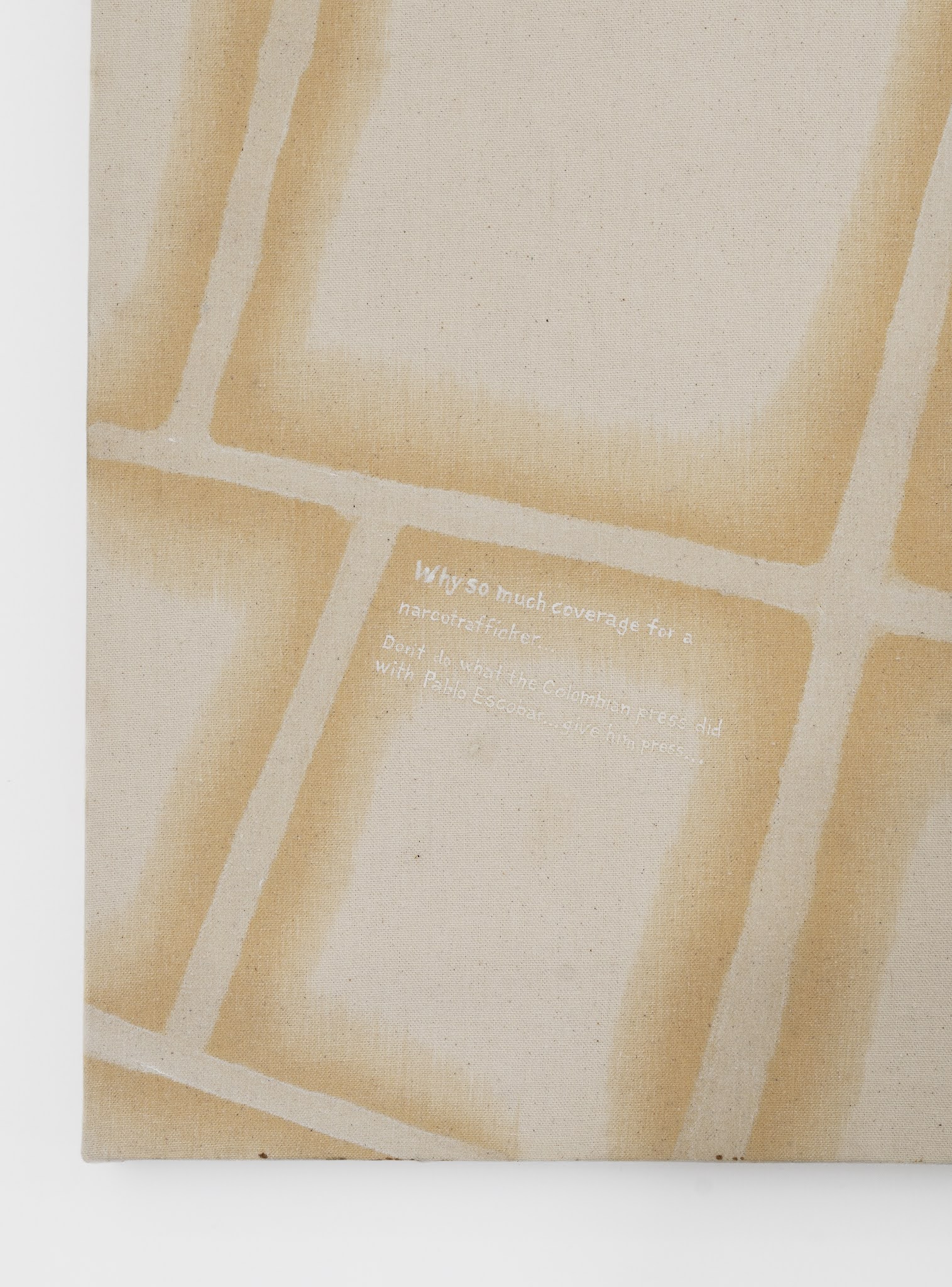 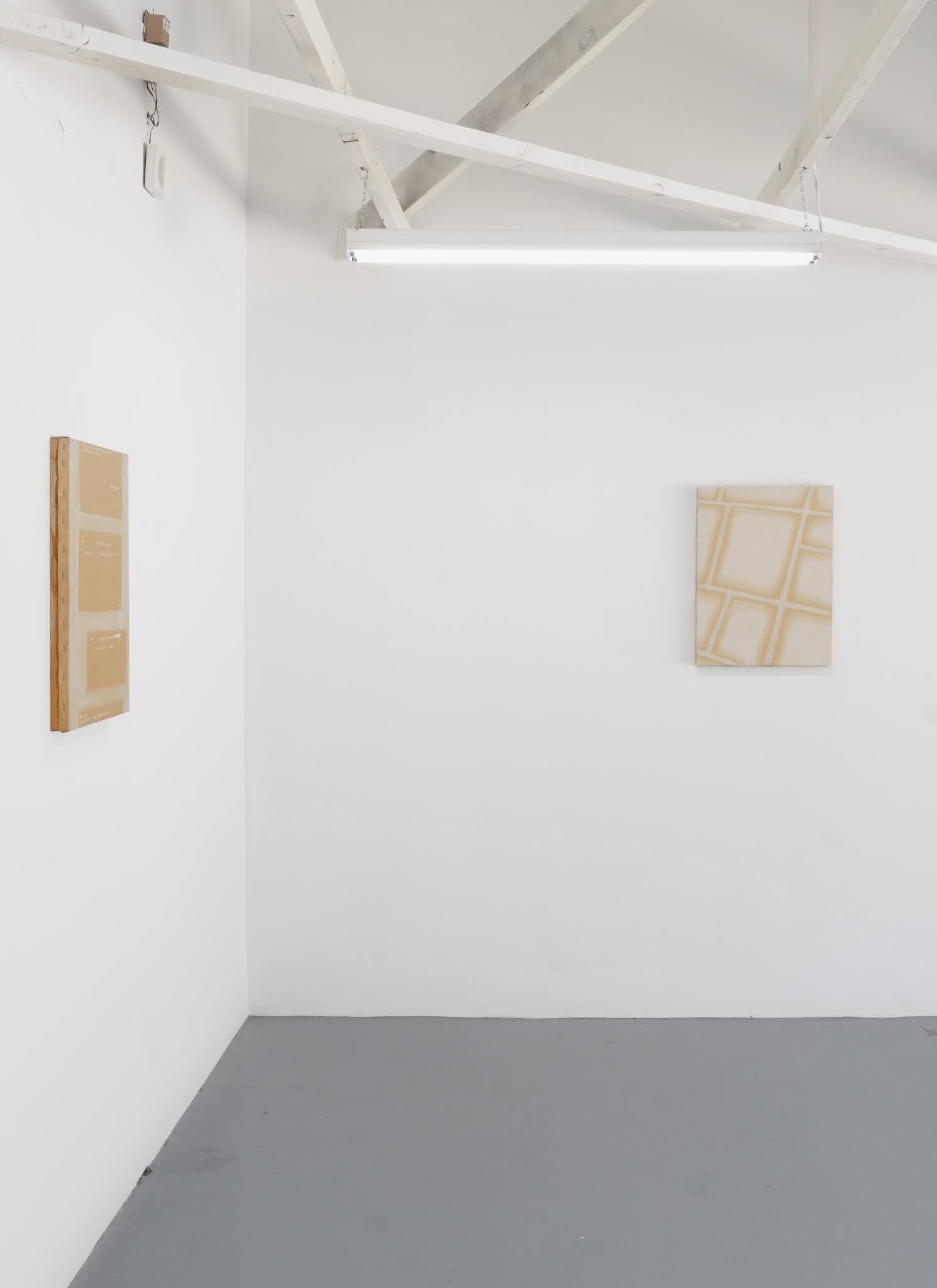 the paintings, ex-tradition acts, 01-02 assemble comments from memoirs, news and social media platforms about a relative’s recent relief from US penitentiary facilities. These comments arise during the relative’s return to a country they had not resided in for twenty-seven years.

In the early months of the pandemic, I reflected on my relative’s and others' continual experience with the prison industrial complex, as permeated through legal regimes. Some extradition treaties, for example, state that so long as the underlying conduct is criminal in both contracting states, it is irrelevant where the criminal acts were committed (art. 2, 3(b)). Even though extradition is not immune to the impact of the human rights branch of the law,  I question whether human rights doctrines are sufficient; could these protections actually enable individuals and local communities from reconnecting and repairing harms on their own terms?  To start my inquiry , I assembled a dialogue in the paintings as an attempt to place disparate voices in proximity to one another, since they are not able to share a space together.

The following text is a provision within an amended extradition treaty, that grants states judicial assistance in criminal matters on the basis of bilateral or multilateral treaties, or on an ad hoc basis. This would be the procedure my relative followed:

Paragraph 1 gives each Party the power to authorize transit

through its territory of persons being surrendered to the other

Party by a third state.\35\ Requests for transit under this

article are to be transmitted through the diplomatic channel

and must contain a description of the person being transported

\35\ A similar provision is present in all recent United States

Paragraph 2 requires that a Party shall respond promptly to

transit requests, but allows a Party to refuse permission for

transit if such transit would compromise its essential

Paragraph 3 states that no authorization is needed when air

transportation is being used and no landing is scheduled in the

territory of the other Part. If an unscheduled landing occurs

in the territory of a Party, that Party may require a request

as provided for in paragraph 1. In such a case, the person in

request for transit and thereafter until transit is effected.

Andrew Freire is an artist working in installation, sound, and painting. His work participates within documentary practices, archive platforms and legal discourse. Research within these disciplines and subsequent artwork, allows him to reconsider the impacts of legal regimes, its generational transmission and mythologies. His current projects are exploring dynamics between resource extraction and memory. Freire earned a BA at the University of California, Los Angeles, and is a JD candidate at USC Gould School of Law.