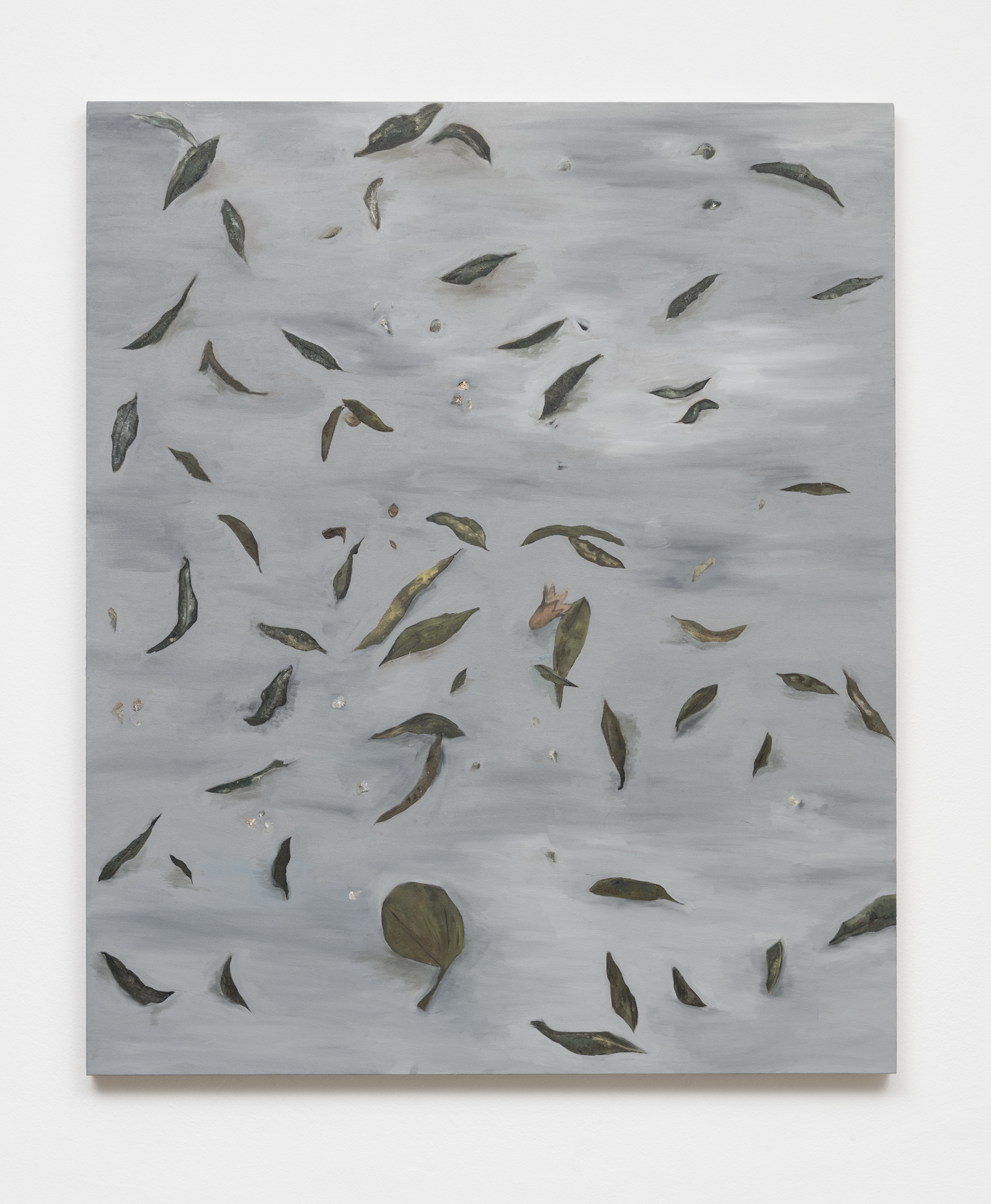 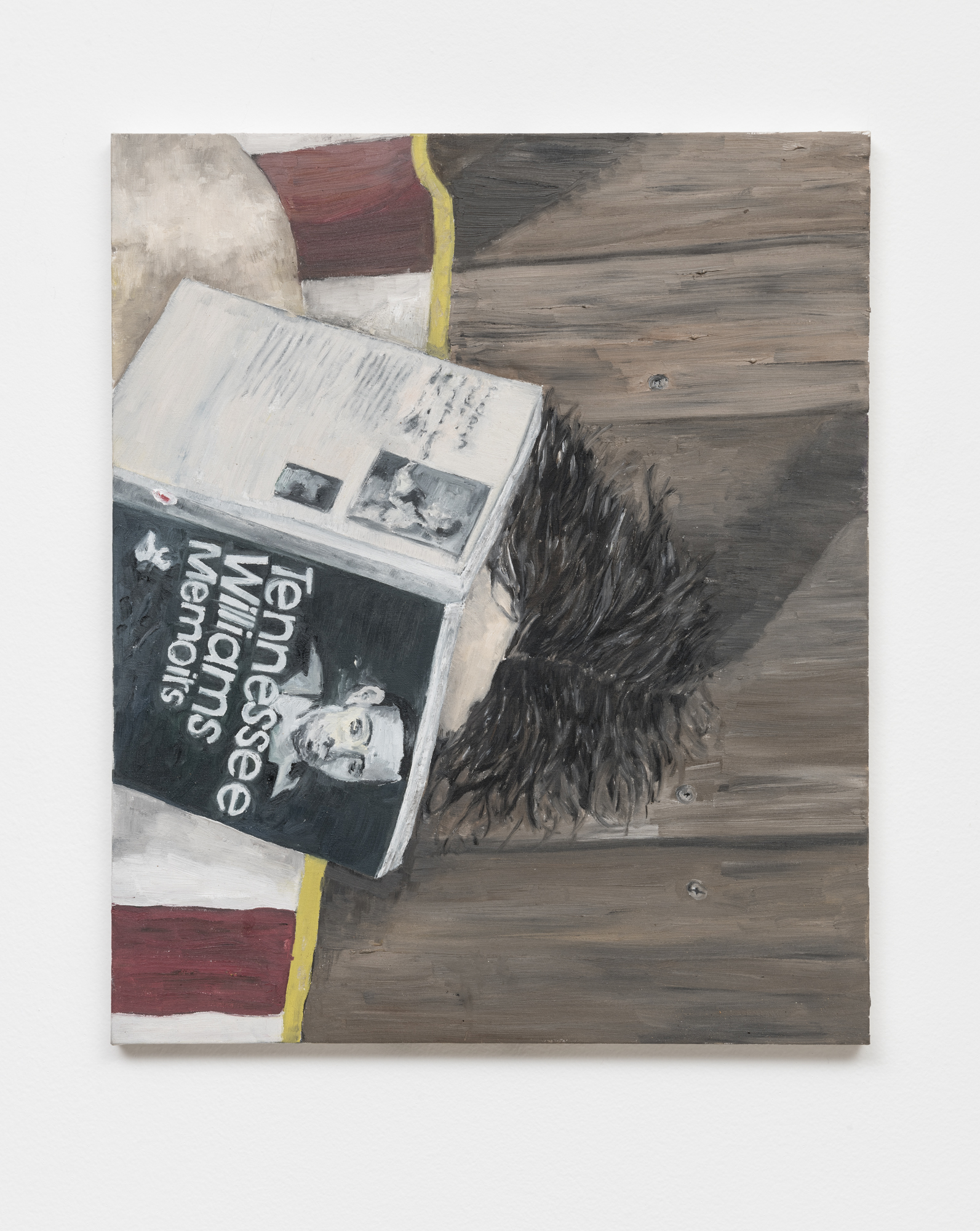 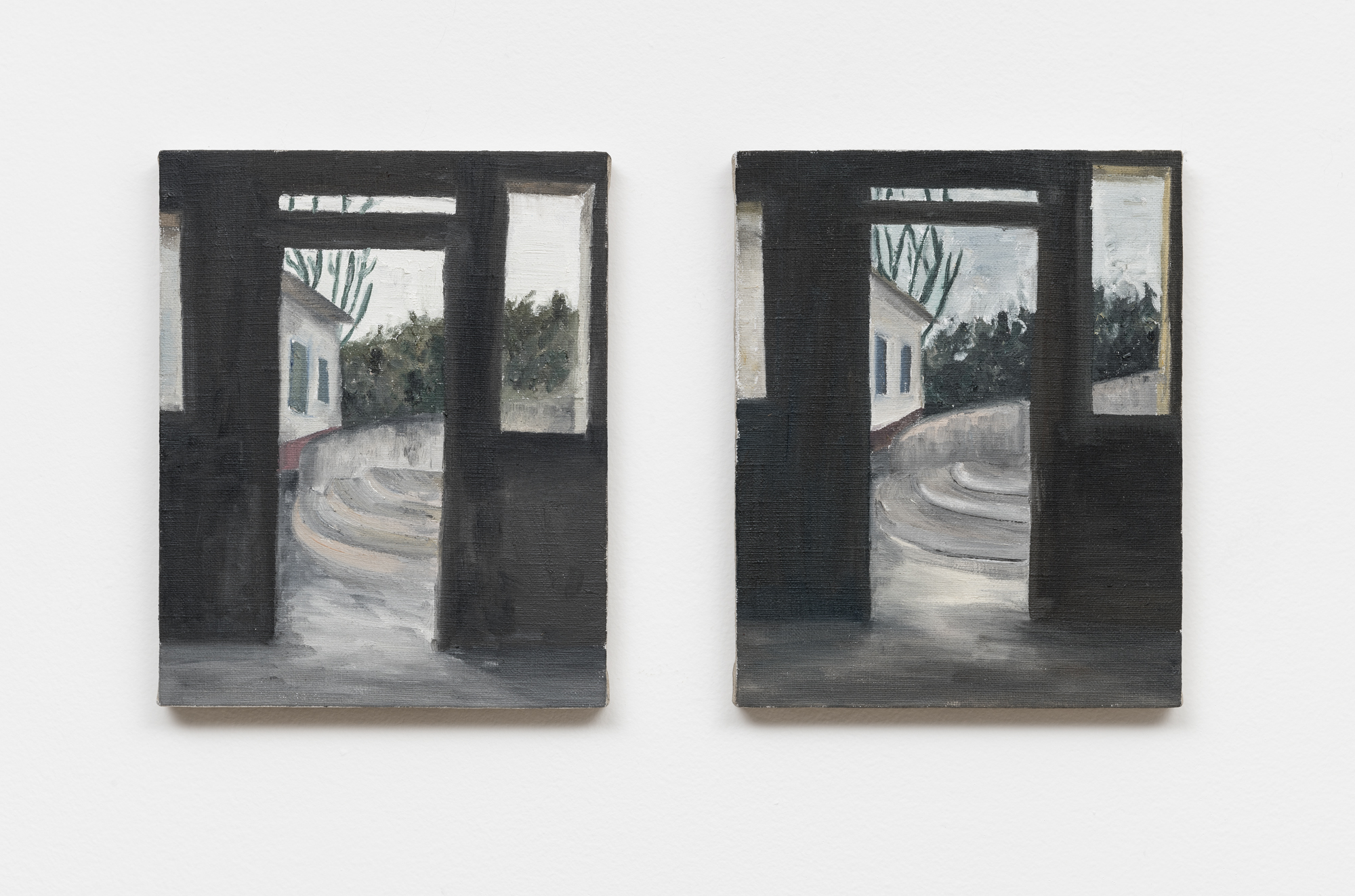 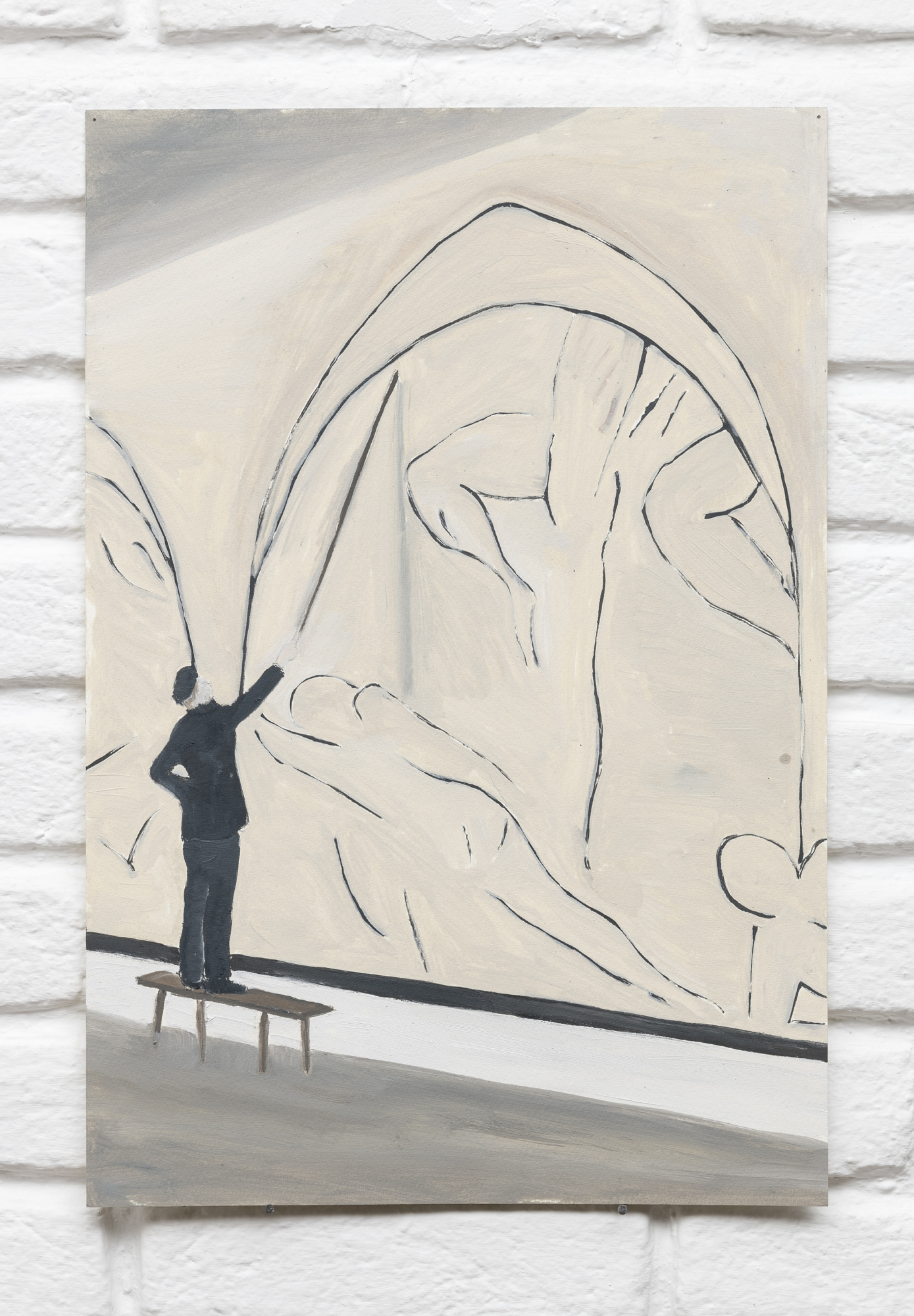 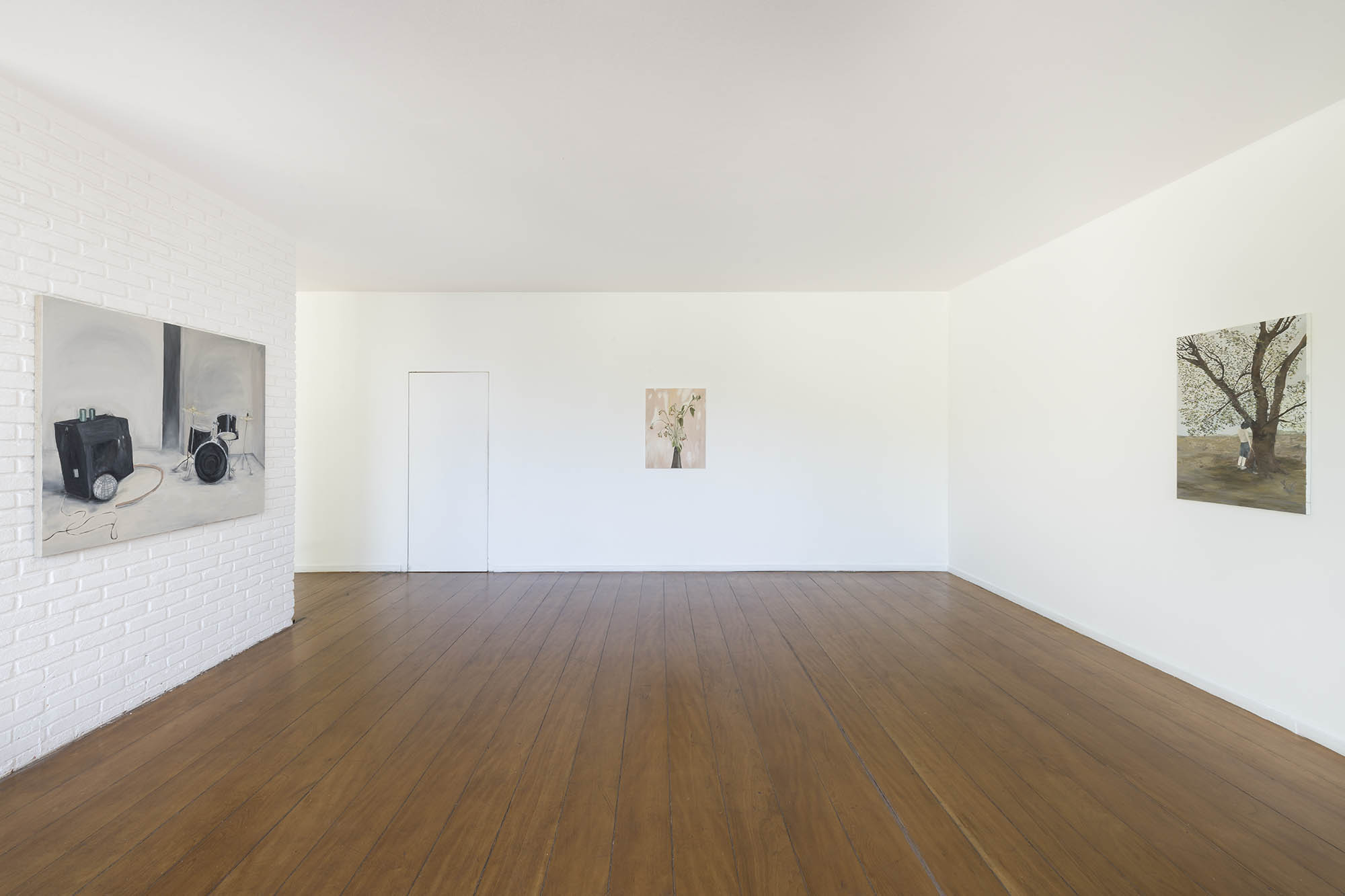 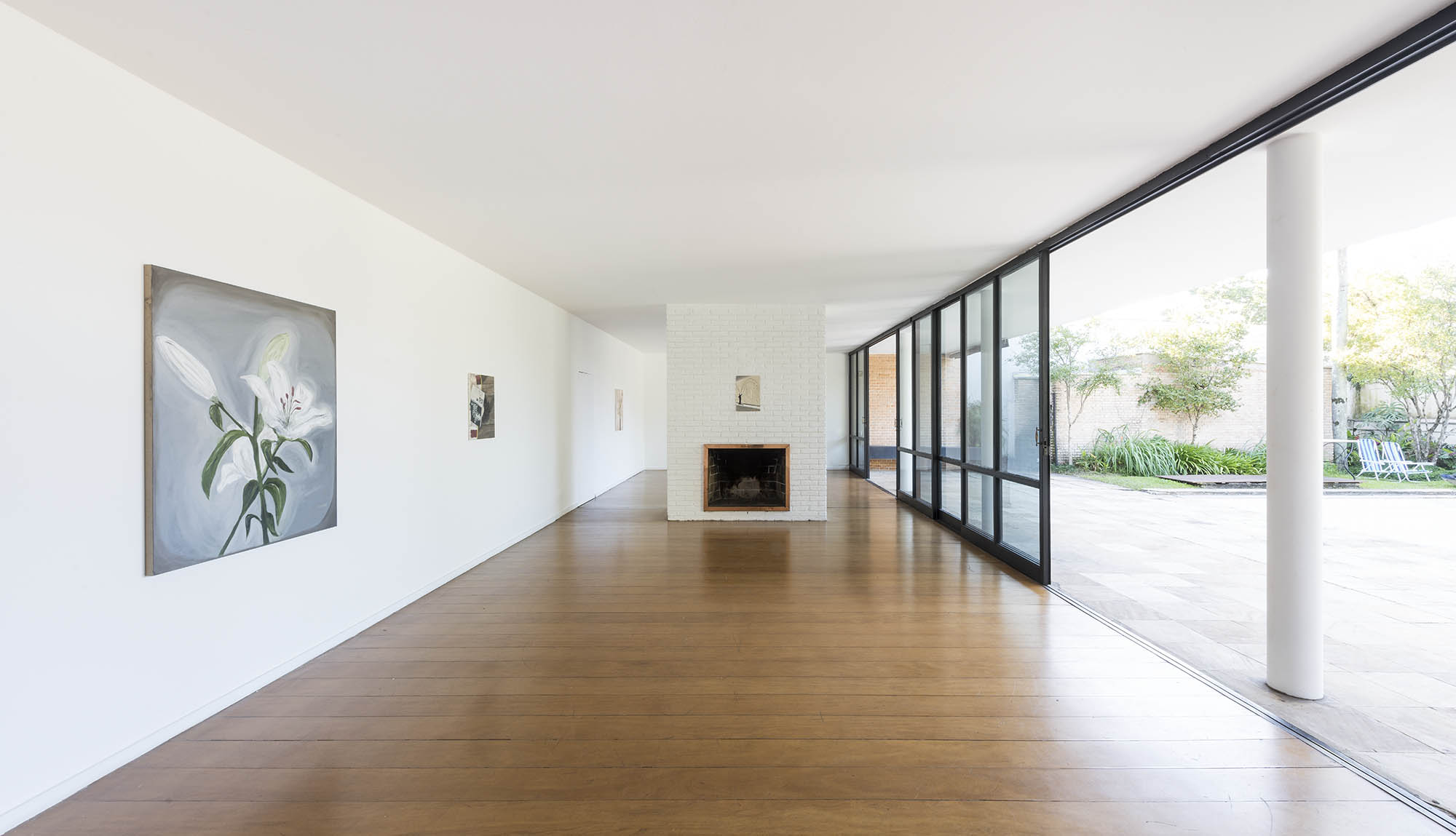 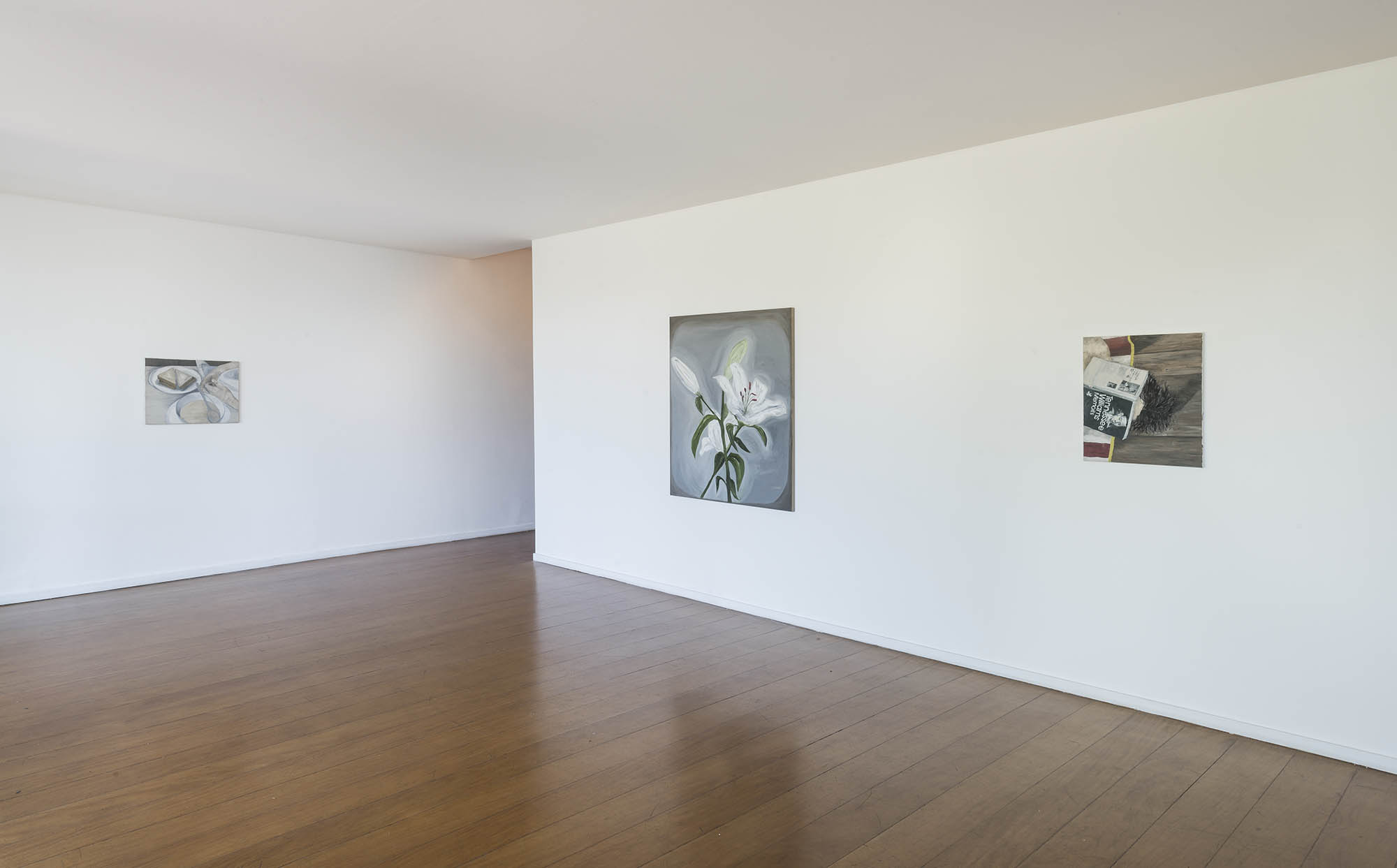 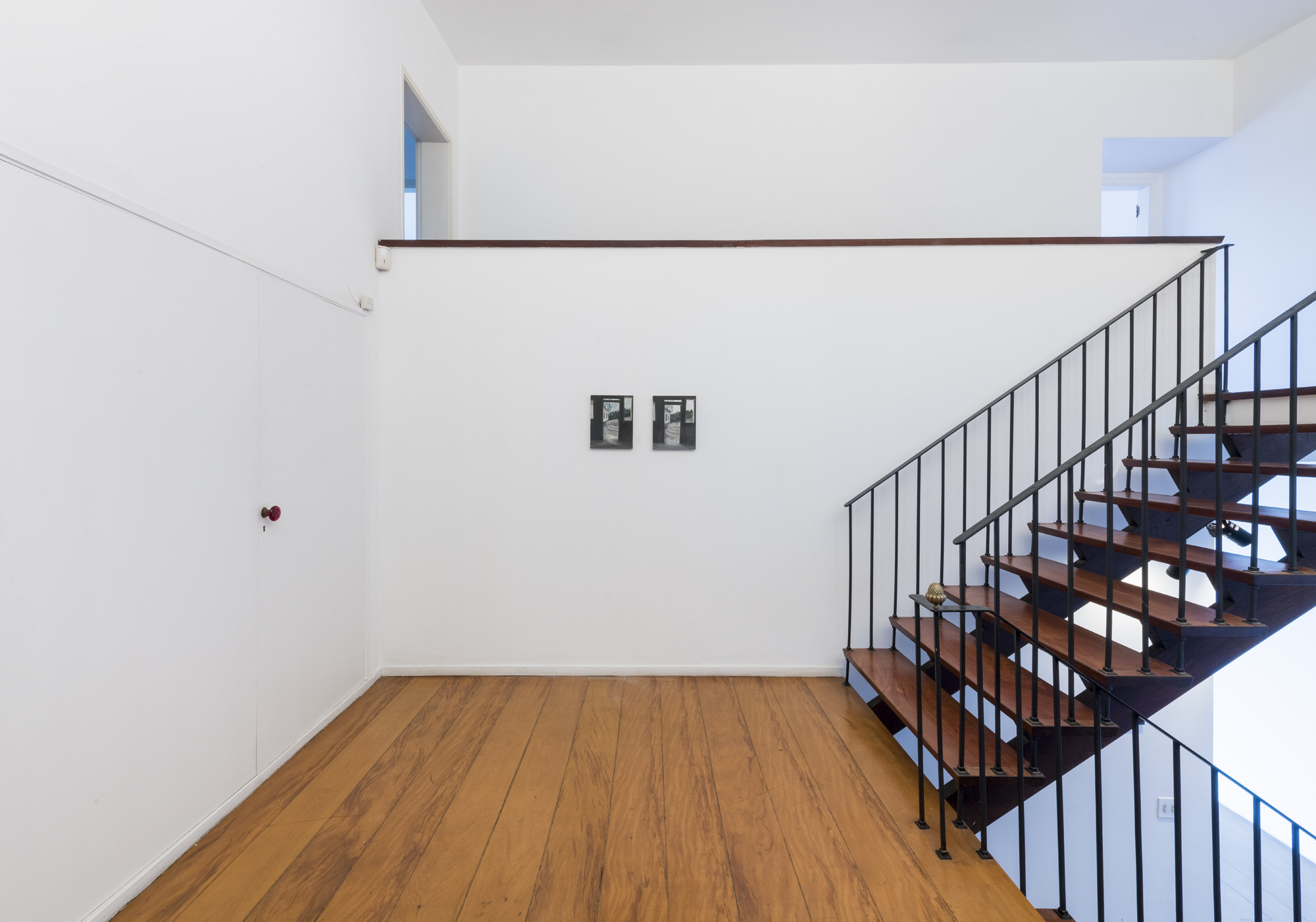 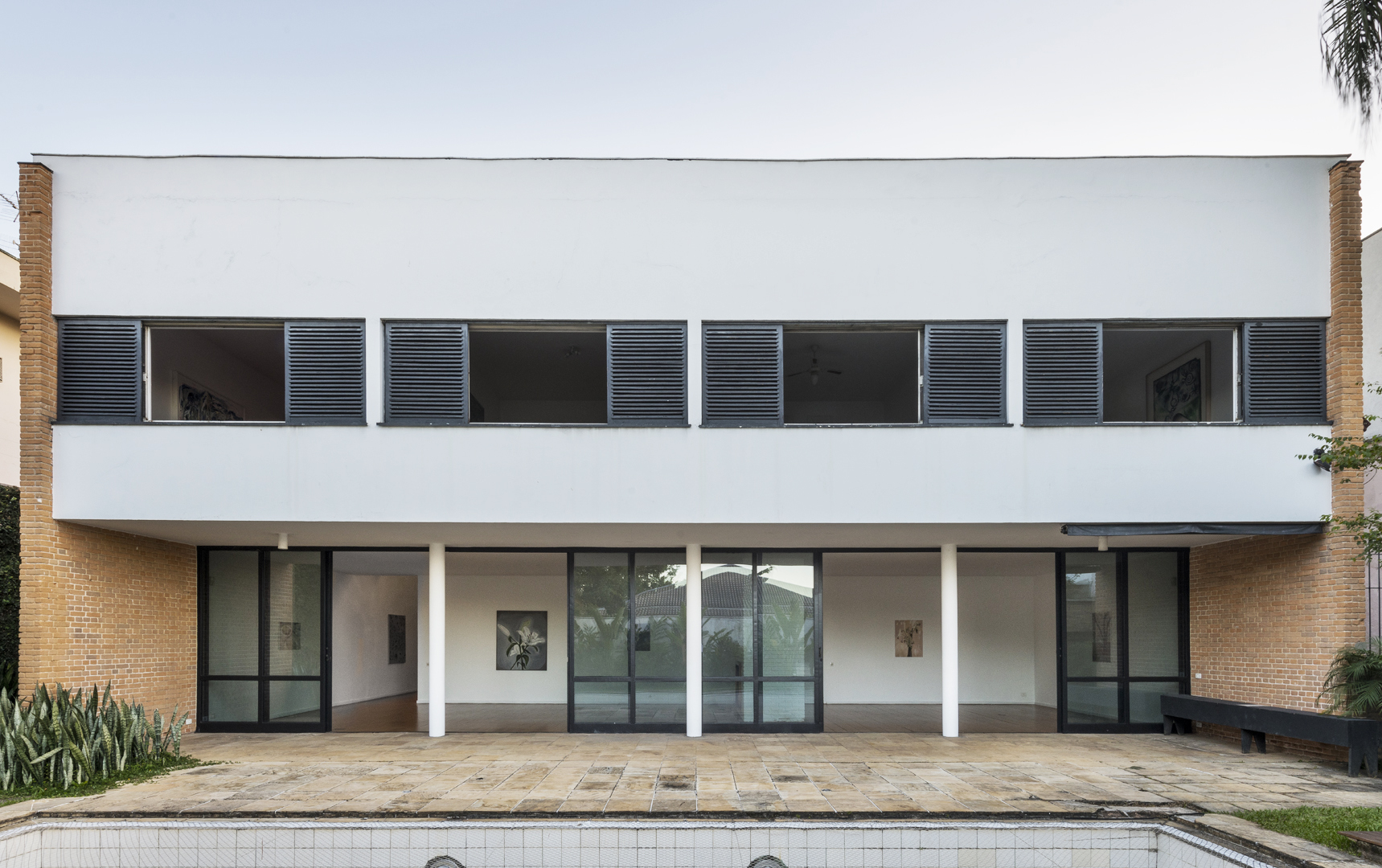 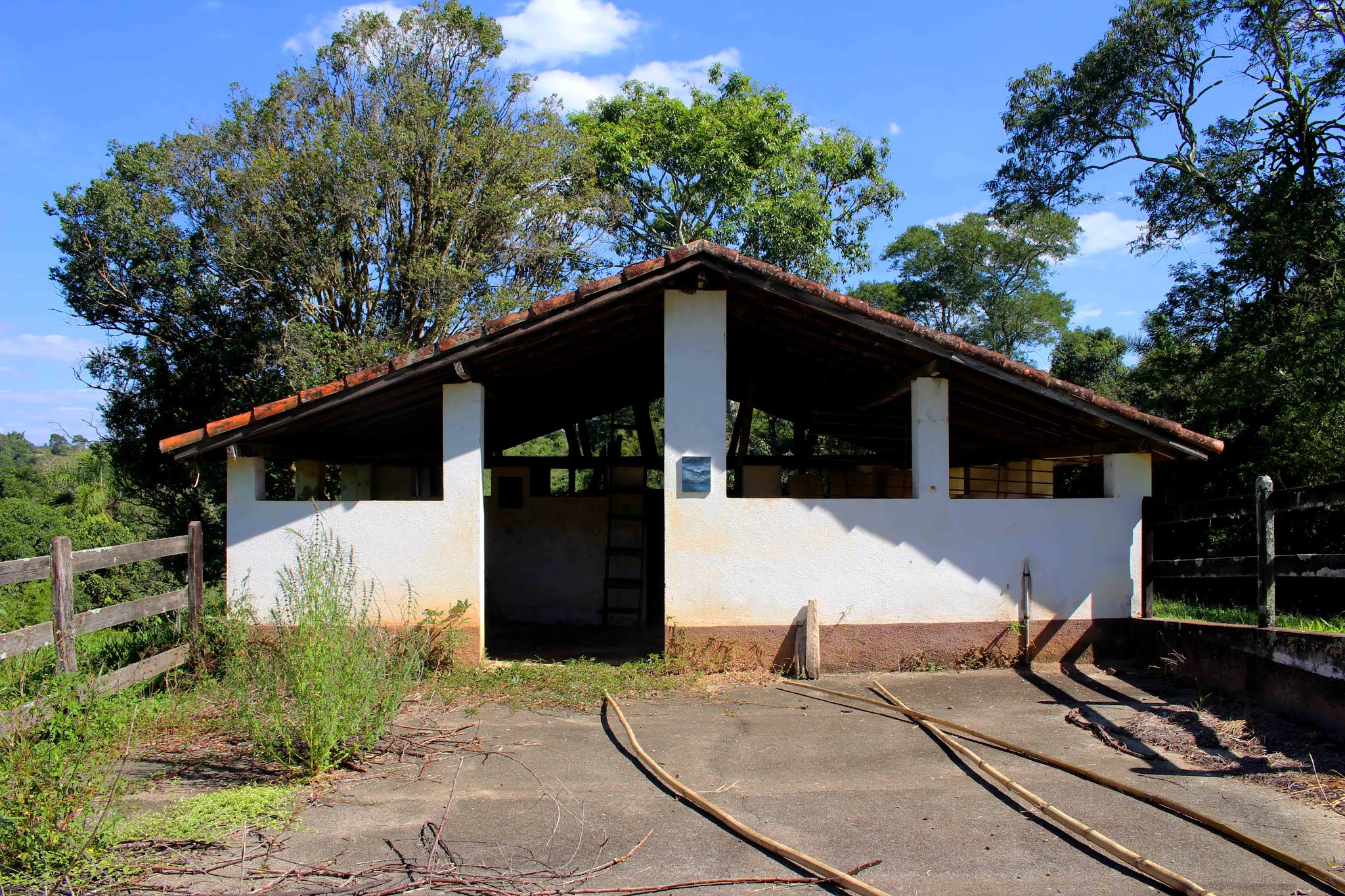 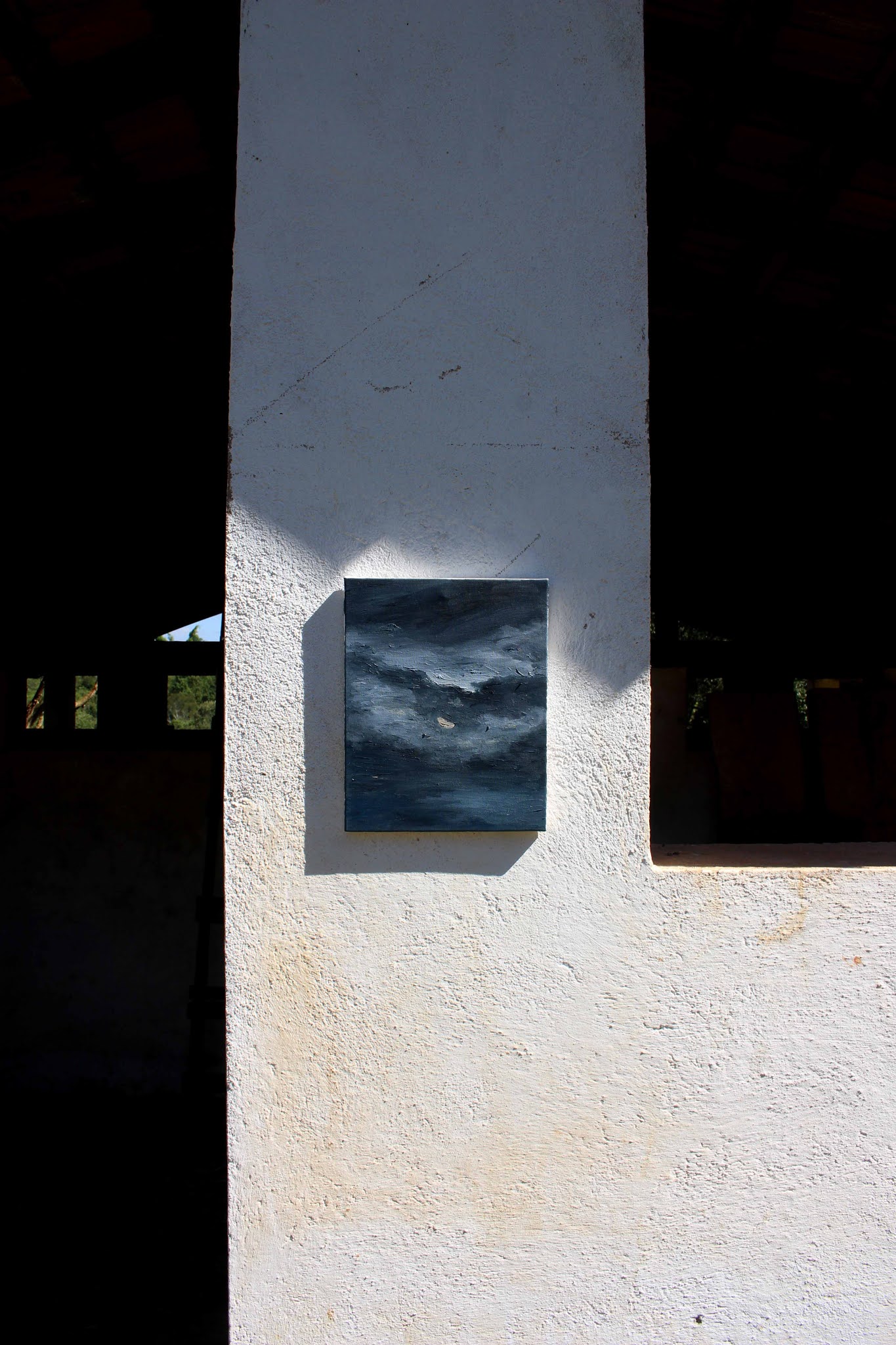 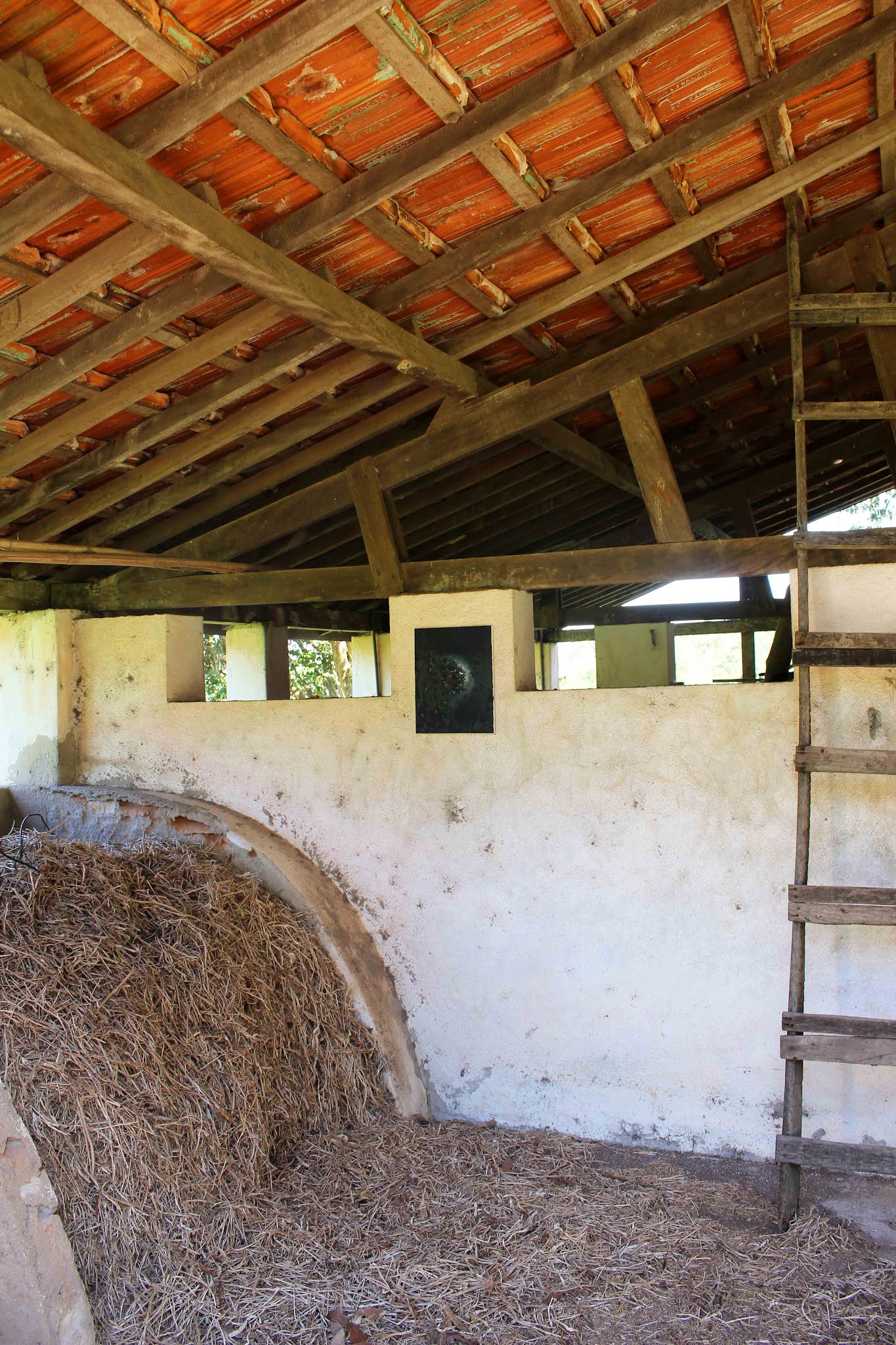 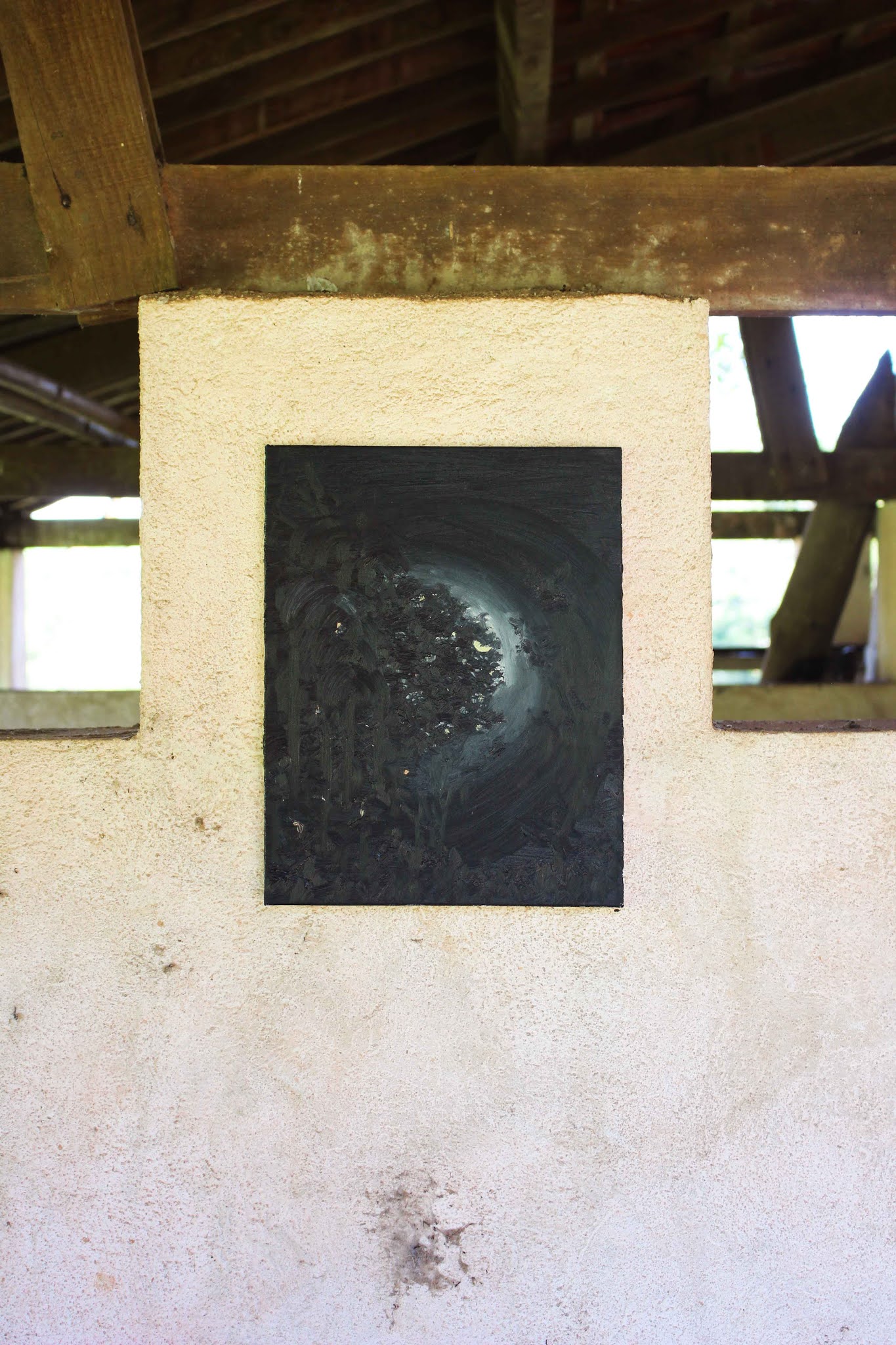 Photos at the space by Ding Musa and at the farm by Renata de Bonis.

All images courtesy of Renata de Bonis and auroras.

Renata De Bonis' practice is connected to retreats in isolated places, in landscapes that could evoke the sublime, but also in ordinary environments. In this sense, being immersed in more or less delimited spaces is part of her trajectory and does not just refer to recent events. Painting is revisited now, after a period in which she had been working with materials that came directly from these natural and cultural landscapes.

In her recent paintings, produced in the countryside of São Paulo, the artist presents a plurality of motifs with generous attention to the details of everyday life: leaves on the floor; a flower; or the scene where a portrait is replaced by the cover image of Tennessee Williams' book, which shields the face from vertical sunlight.

Simultaneously with the exhibition at auroras, Renata De Bonis shows a group of small works in the stable of a farm, where they were produced. The set of paintings found in this space are variations of lunar scenes, pointing out to the artist's recurrent interest in light and its effects. Next to the stable there is also an abandoned orchid greenhouse where one can listen to an audio installation composed of field recordings - that draw a soundscape of the farm - mixed with an instrumental layer of piano and guitar and the mantra repetition of the phrase “sono leve” (light sleep), which gives the title of the exhibition. This same work is reproduced in the auroras’ library.

This “Light Sleep” was not contaminated by any nightmare, on the contrary, it reflects a luminous well-being; the gaze continues to focus on frames of familiar scenes offered by the environment and can linger on them, there is time.

ECDYSIS, or when it opens

-  A hand touches the glass a glass a hand touches a glass the glass; a sound that was me yesterday vibrates all the branches vibrate me – I was once a branch that swallowed another. Something breaks.

Renata De Bonis (1984, São Paulo) is an artist with a PhD in Visual Arts from the State University of São Paulo (2020). She began her career in the early 2000s, having joined the 2000e8 group alongside Ana Elisa Egreja, Bruno Dunley, Marcos Brias, Marina Rheingantz, Regina Parra, Rodolpho Parigi and Rodrigo Bivar. Her work involves multiple languages, such as painting, installations and sound projects. She participated in residences in Germany, Brazil, the United States of America, Holland, Italy and Iceland. In 2015 she received an award from the Künstlerhaus Lukas that supported her research based on the landscapes of Caspar David Friedrich.