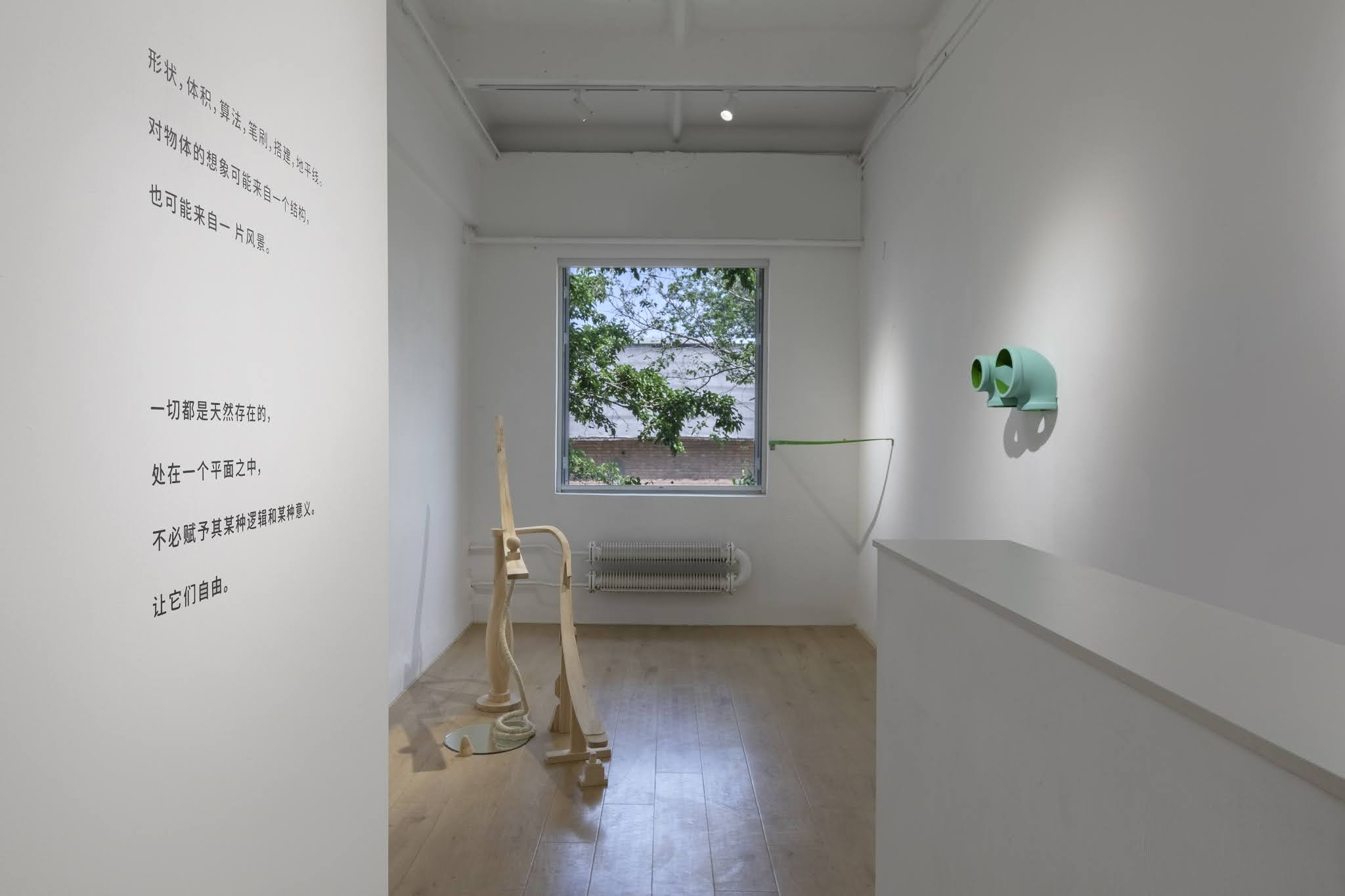 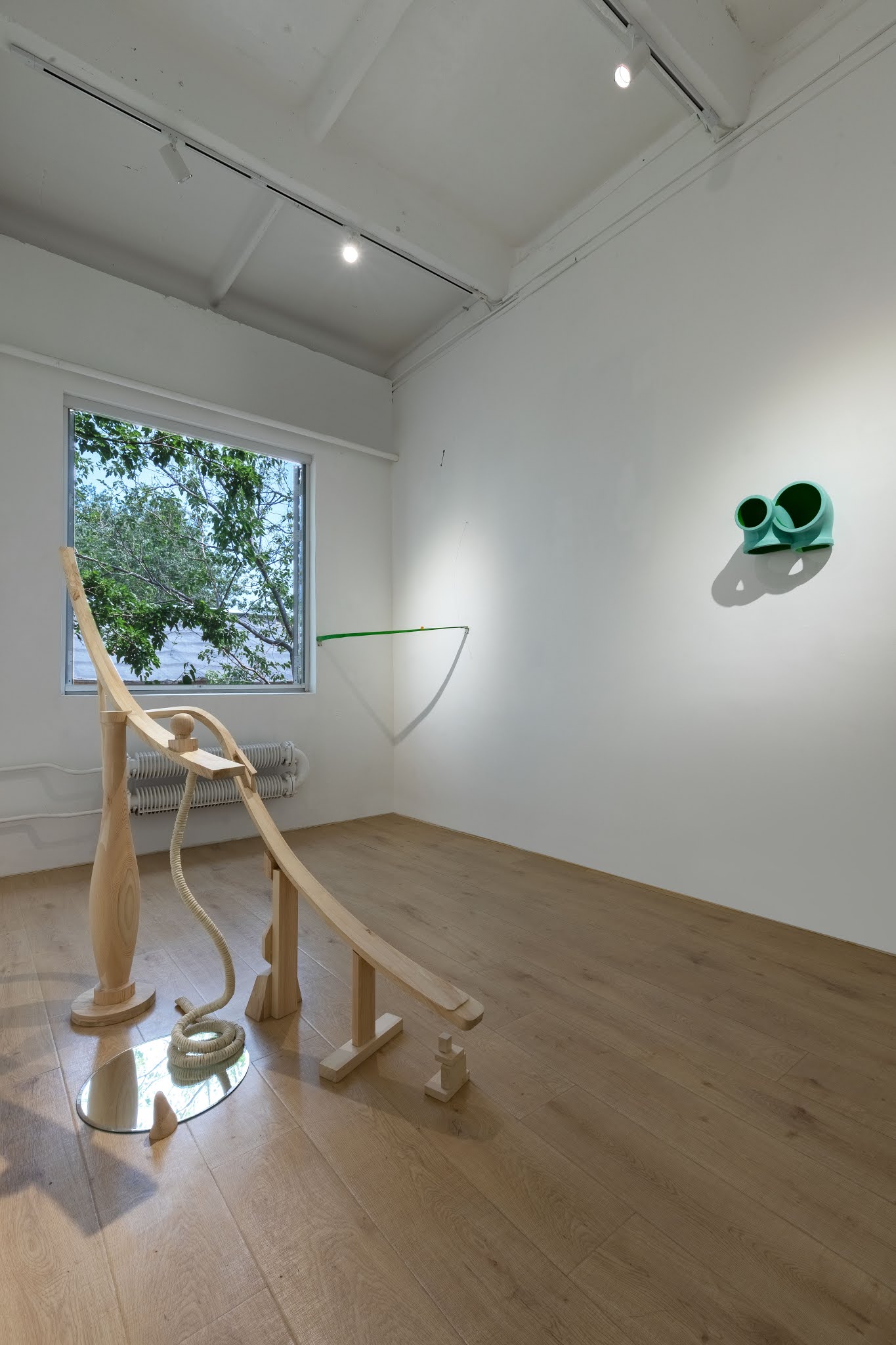 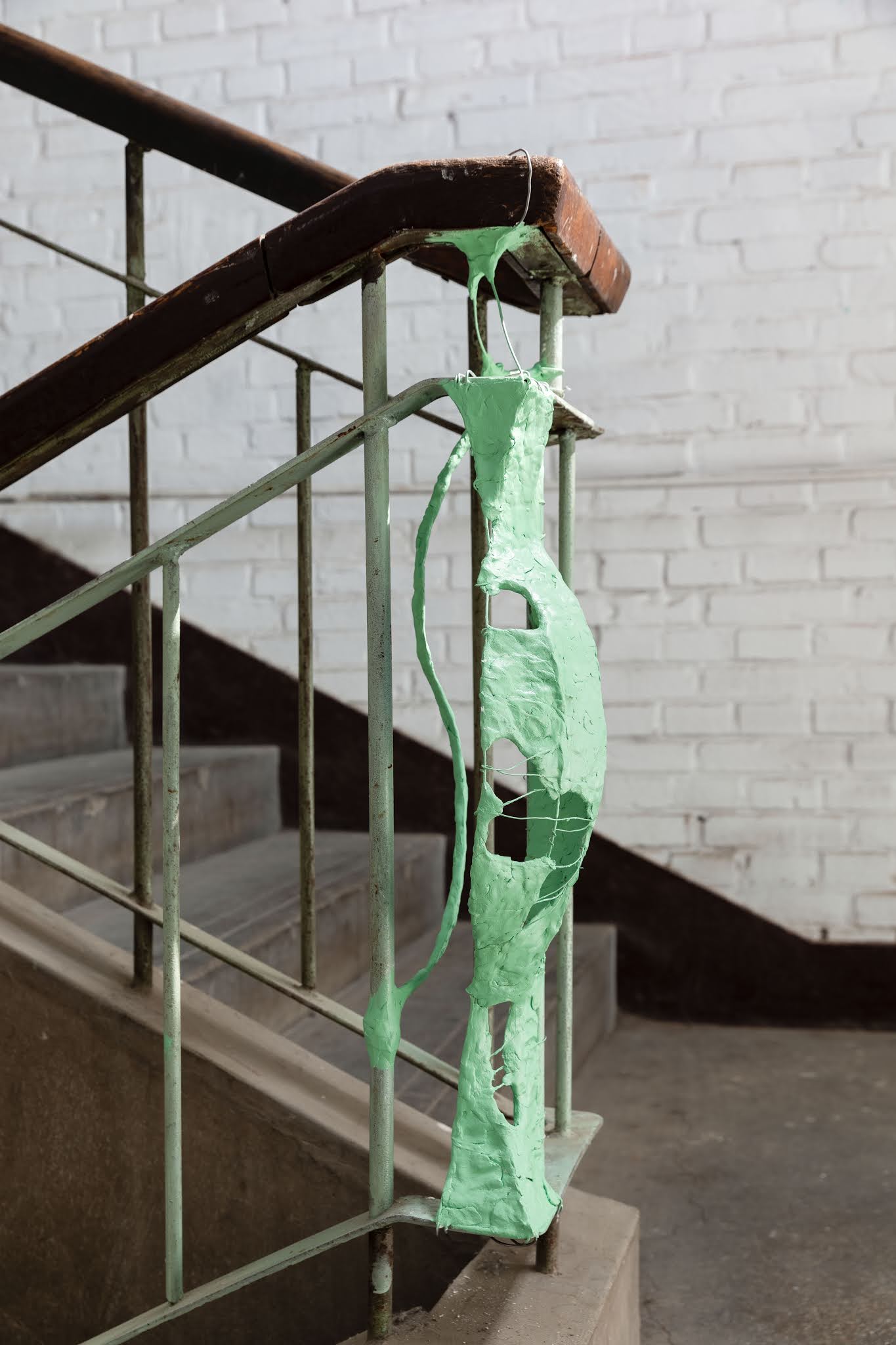 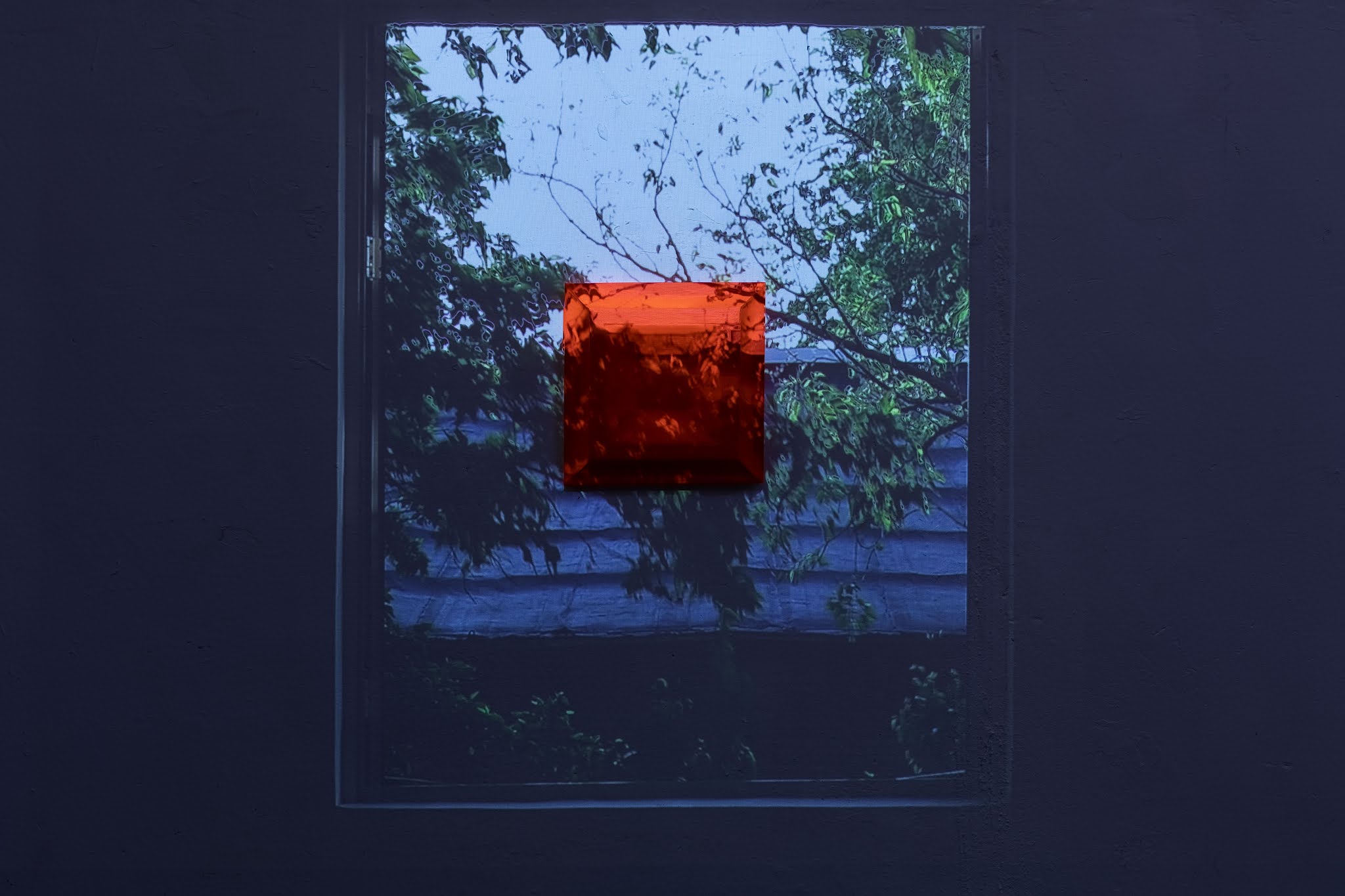 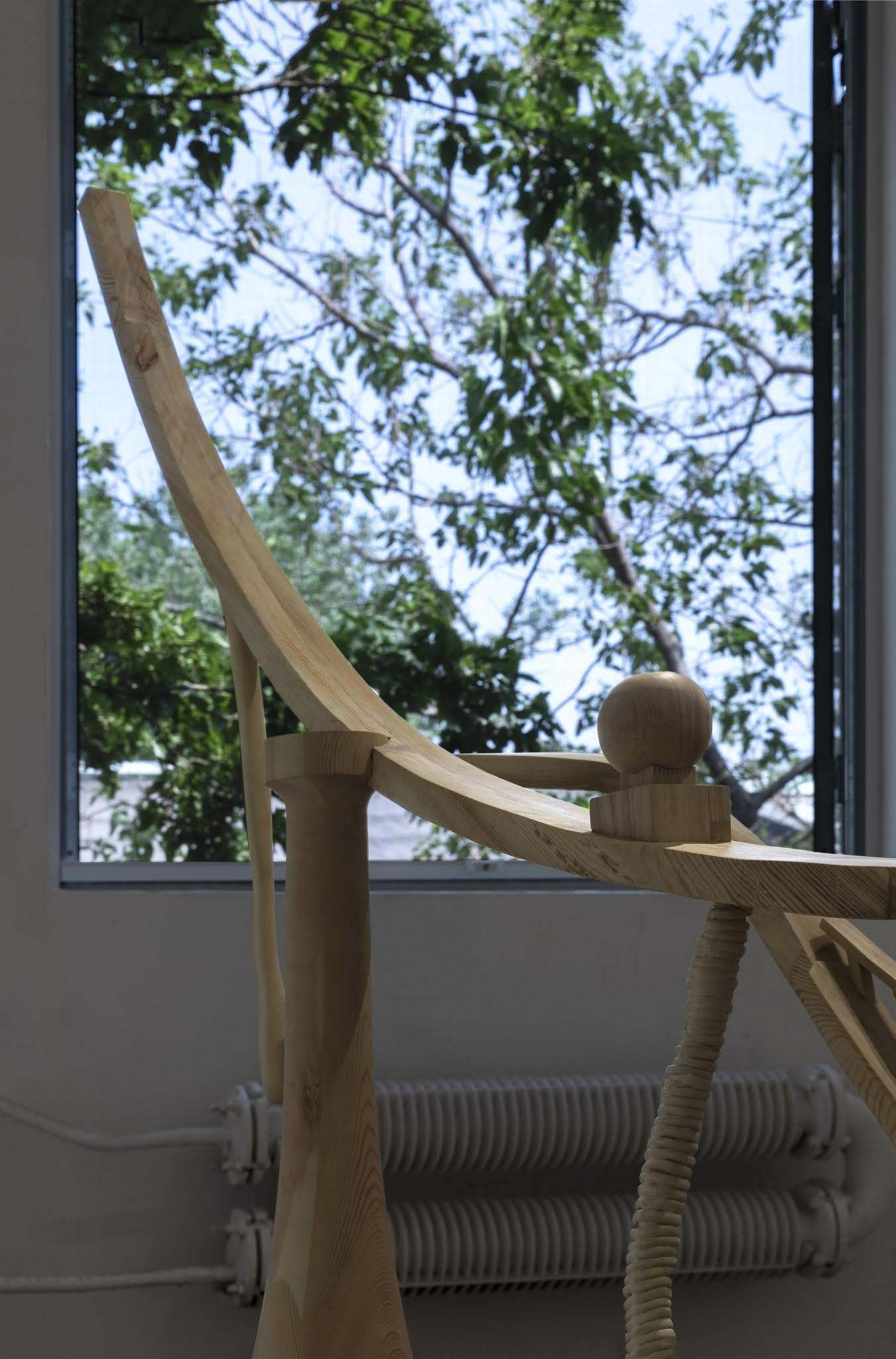 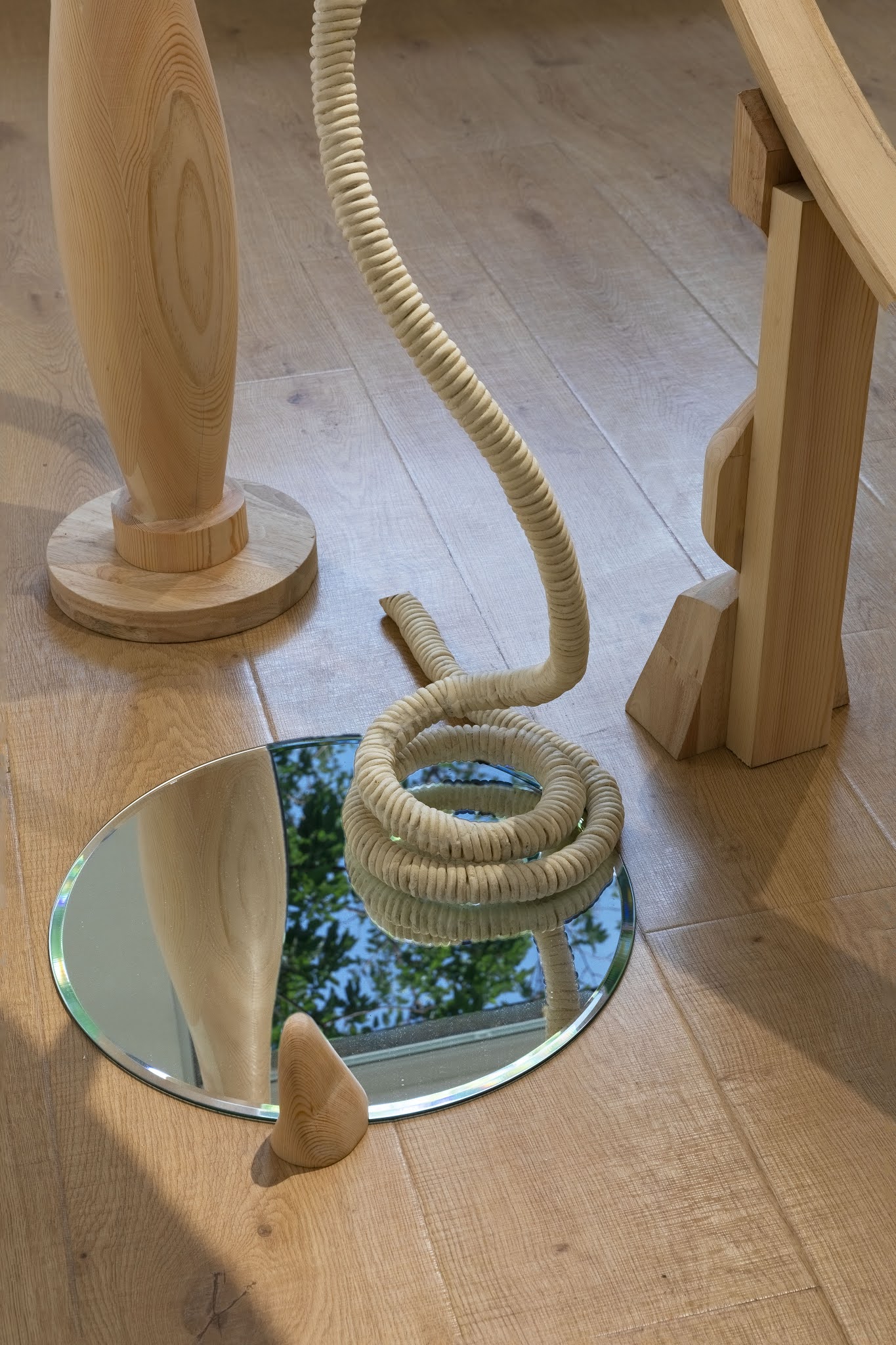 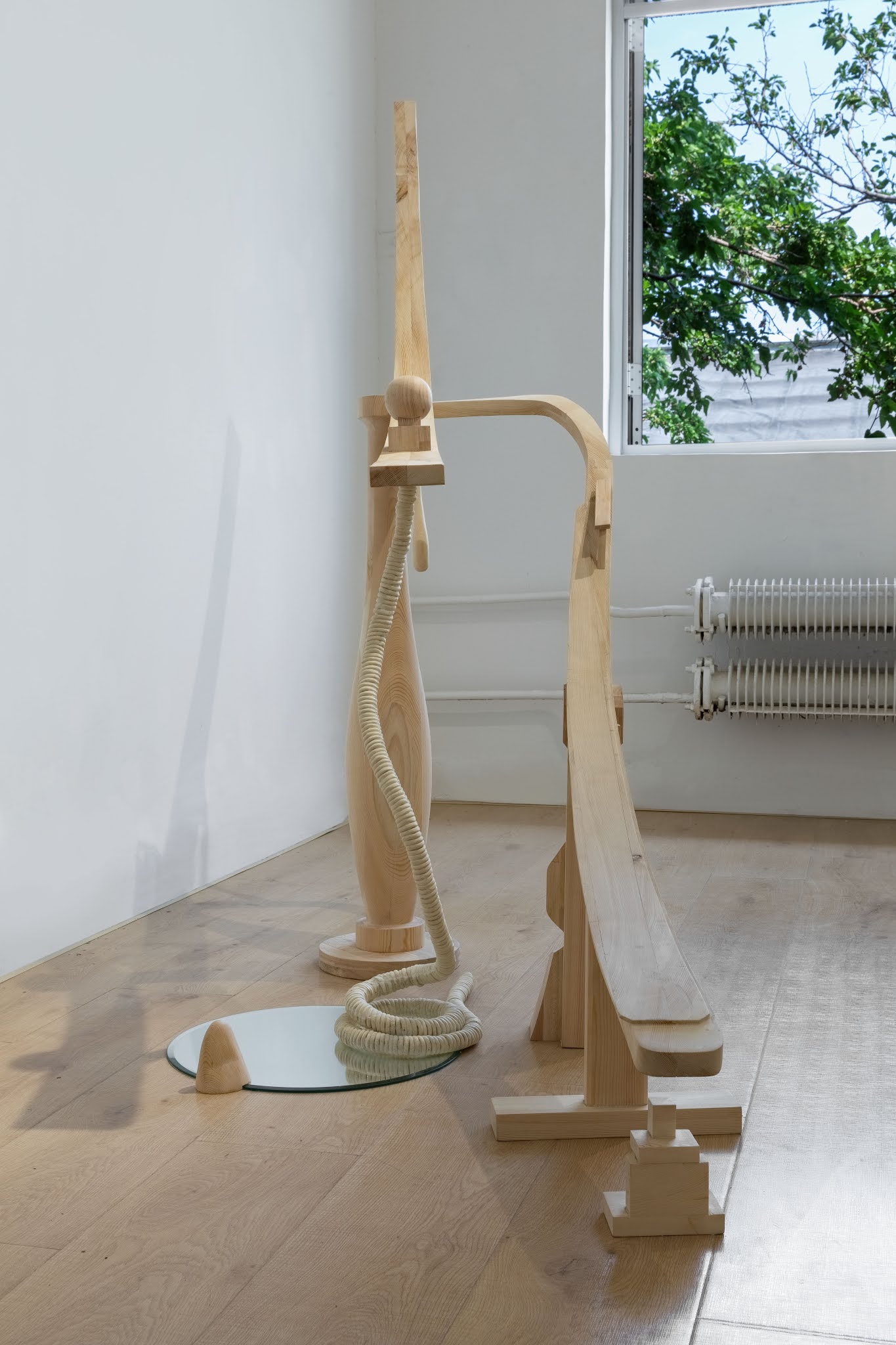 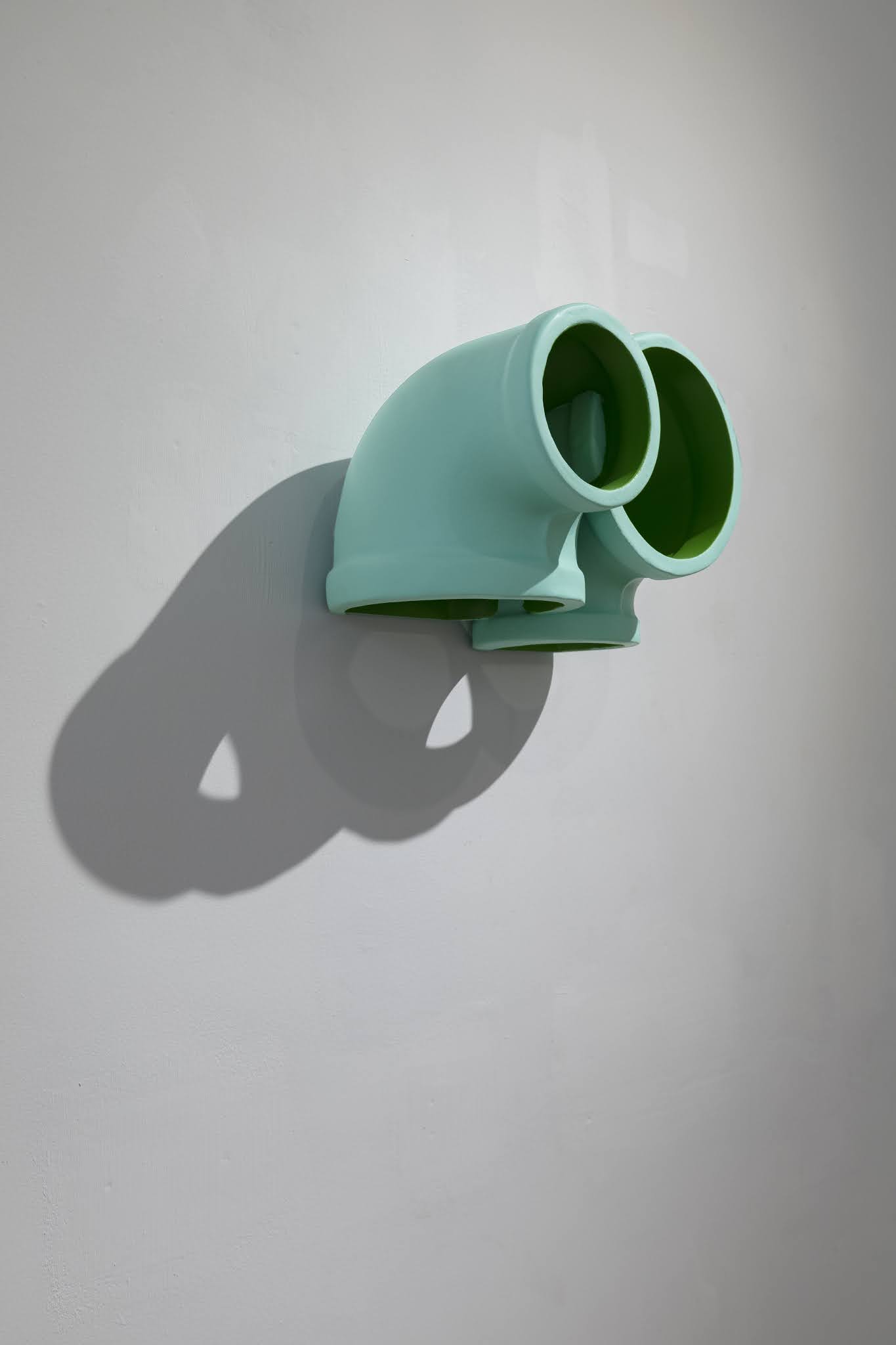 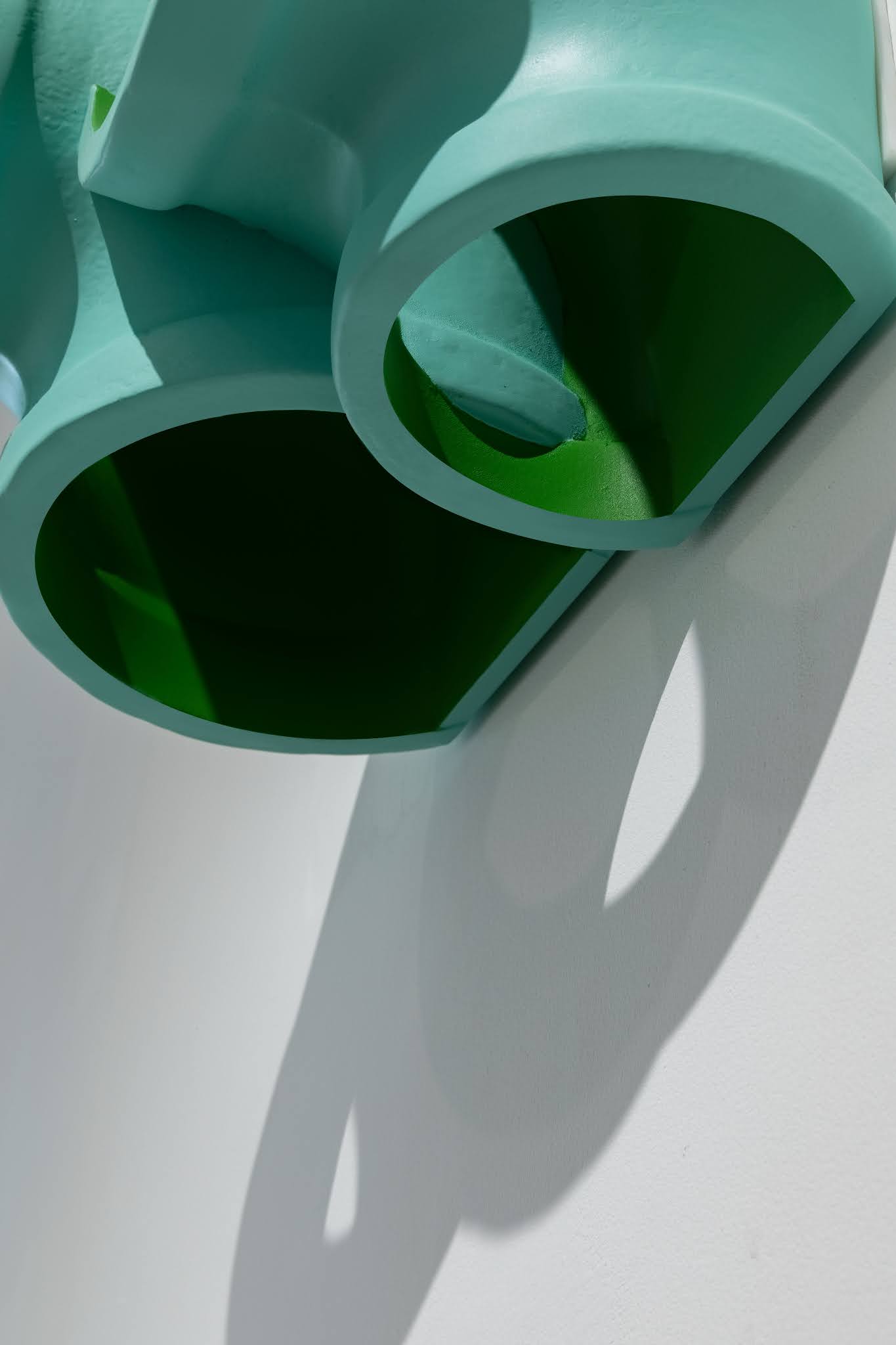 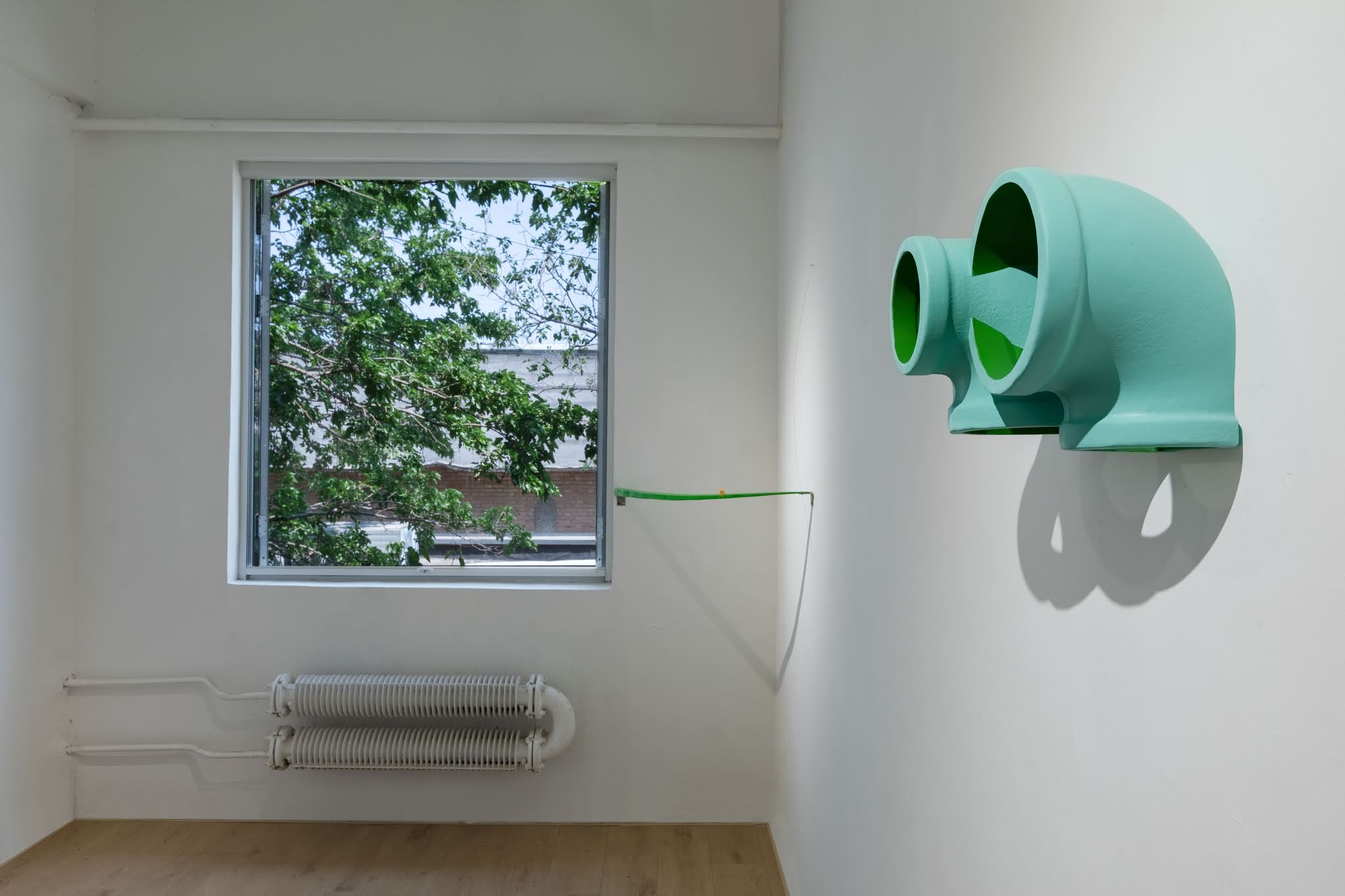 *photo credits:
Images courtesy of the artist and Sense Space
In the exhibition " Three Exit Strategies ", artist Liu Fujie imagines the "expression" of the internal structure hidden in the construction according to the geographical environment and the specific context of the space where Sense Space is located. If one takes a structure out of construction, what kind of dialogue will it have with the whole space through three ways: 1. Vent/ 2. Objects, Plaza / 3: Between Imagination and The View.
1. Vent The function of the pipeline is conveying and connecting different locations including the interior and exterior spaces of the construction. It helps a modern building to better hide and deal with activity, fluidity, and substances that wear out the surface of the building.
2. Objects, Plaza Most of the artificial spatial relationships around us (including artifacts, architecture, urban planning, etc.) use our bodies as the primary reference. Leveraged handrails and fences, climbs and slides in amusement parks or squares, are the passageways between high and low points with the body as a reference. But when the body exits these devices, the functional passageway becomes still life for the building or the square. The spatial relationship derived from the body reference is similar to the distance between high and low in a group of still life.
3. Between Imagination and The View Maybe we don't need changes in physical space to exit a place because we already have many pictures in mind both still and moving. The large window facing the entrance inside Sense Space proportionally creates an L-shaped passage between the space and the corridor. The window is both the exit and the picture at the endpoint. The borrowing scenery at the window allows people to move without physical changes. The recorded image of another time and space is juxtaposed with the image in each present moment on either side of Sense Space.
Tags Beijing, Lazy exhibitions, Liu Fujie, Sense Space
Newer Post Older Post Home