Frieder Haller at 14a / Hamburg 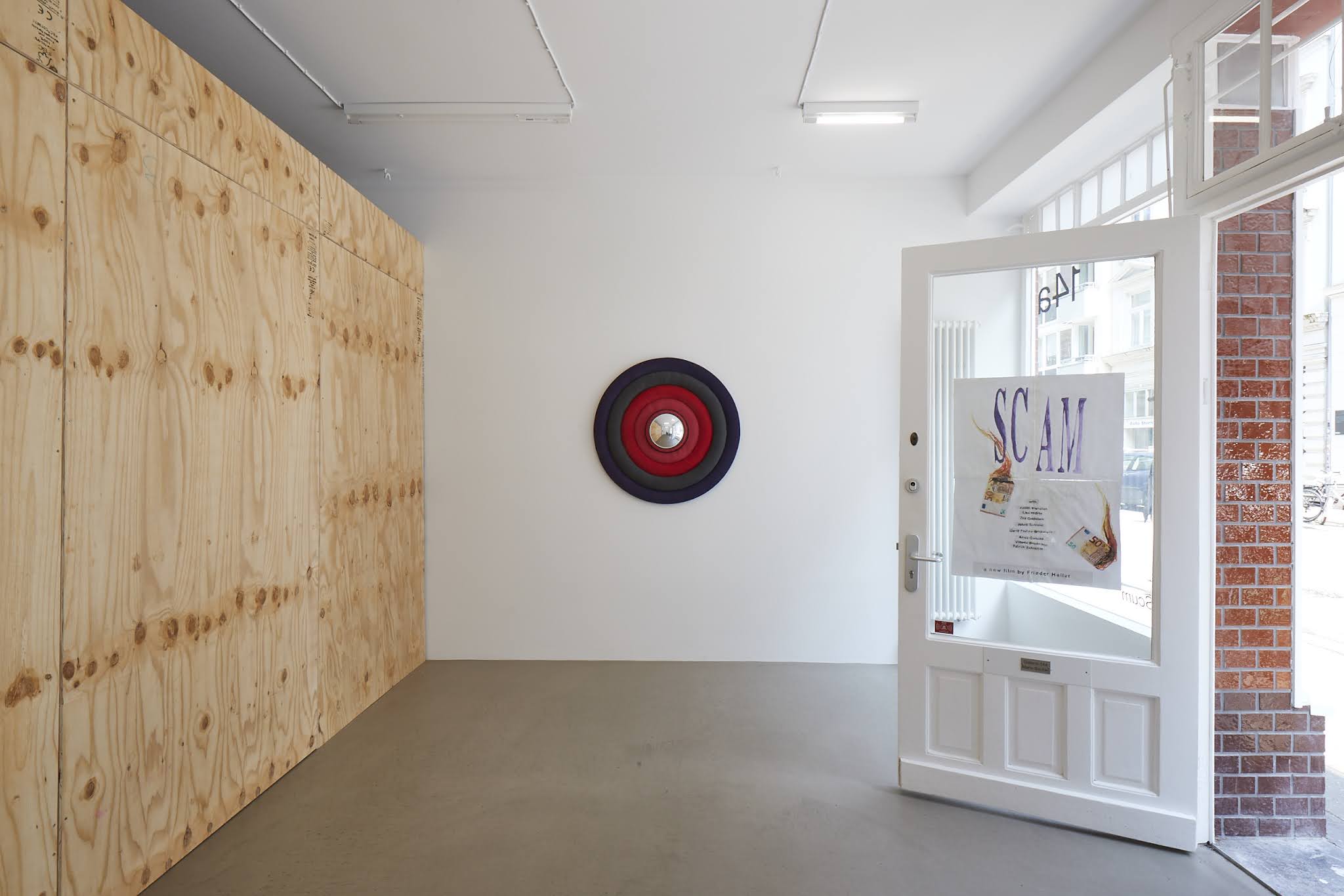 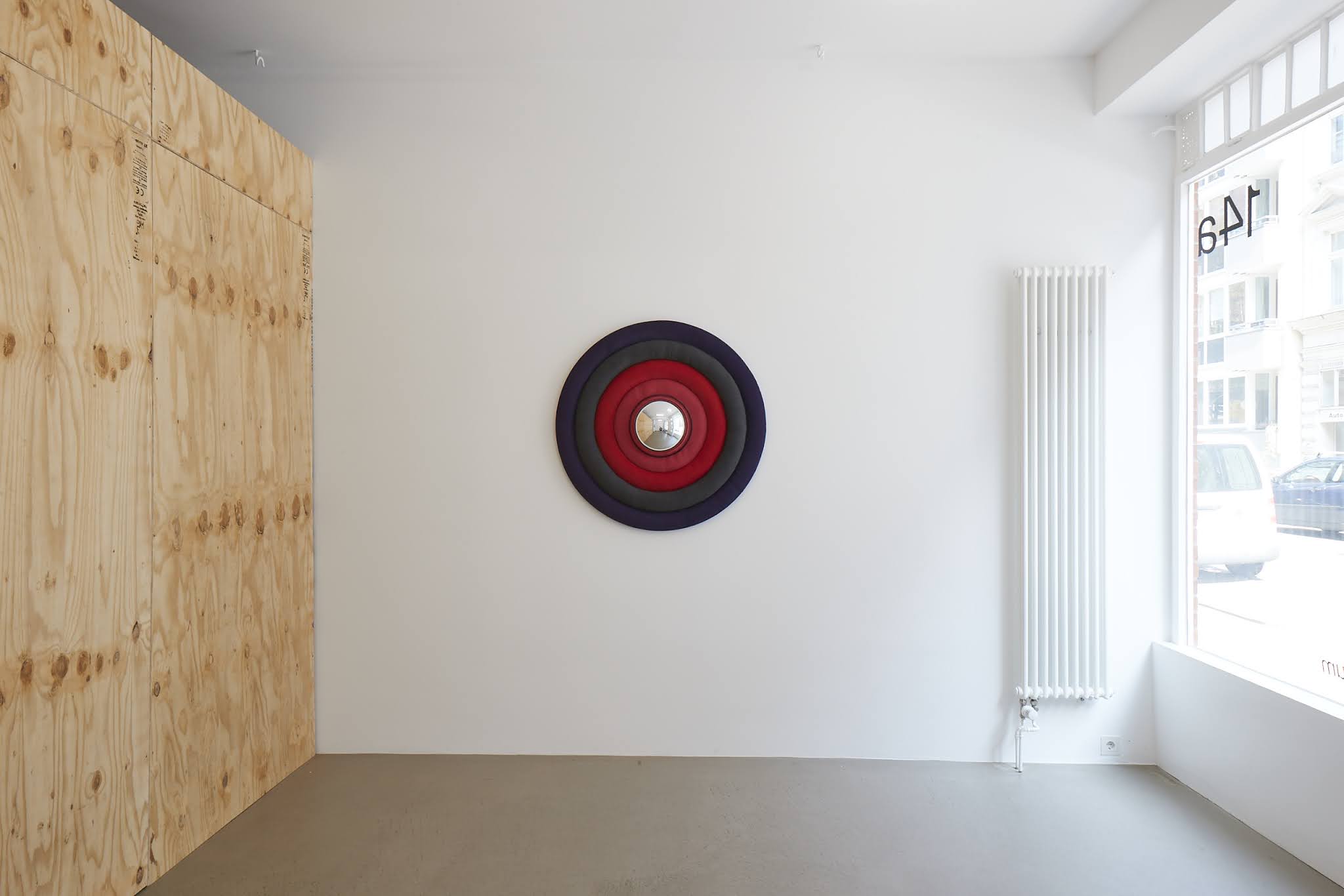 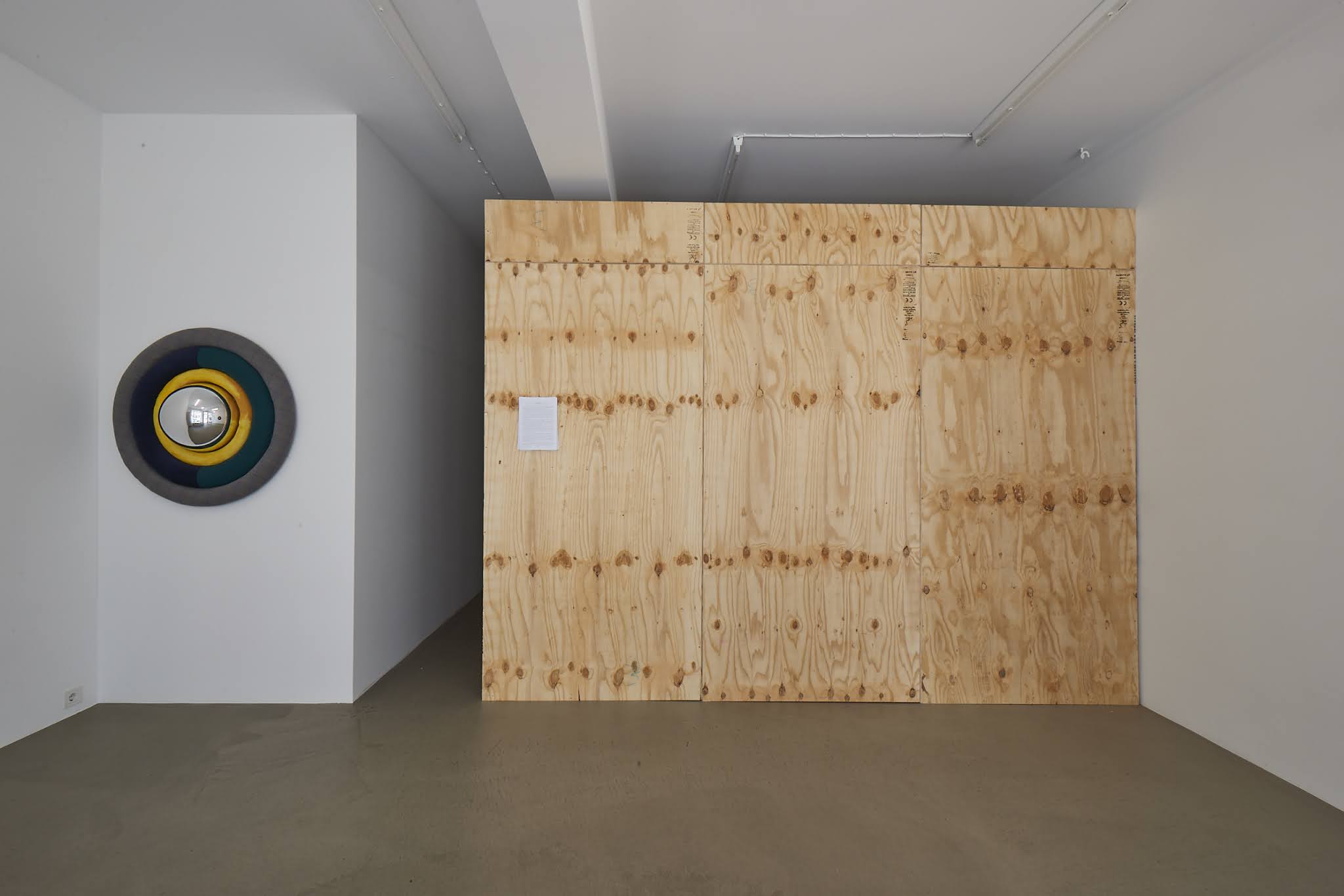 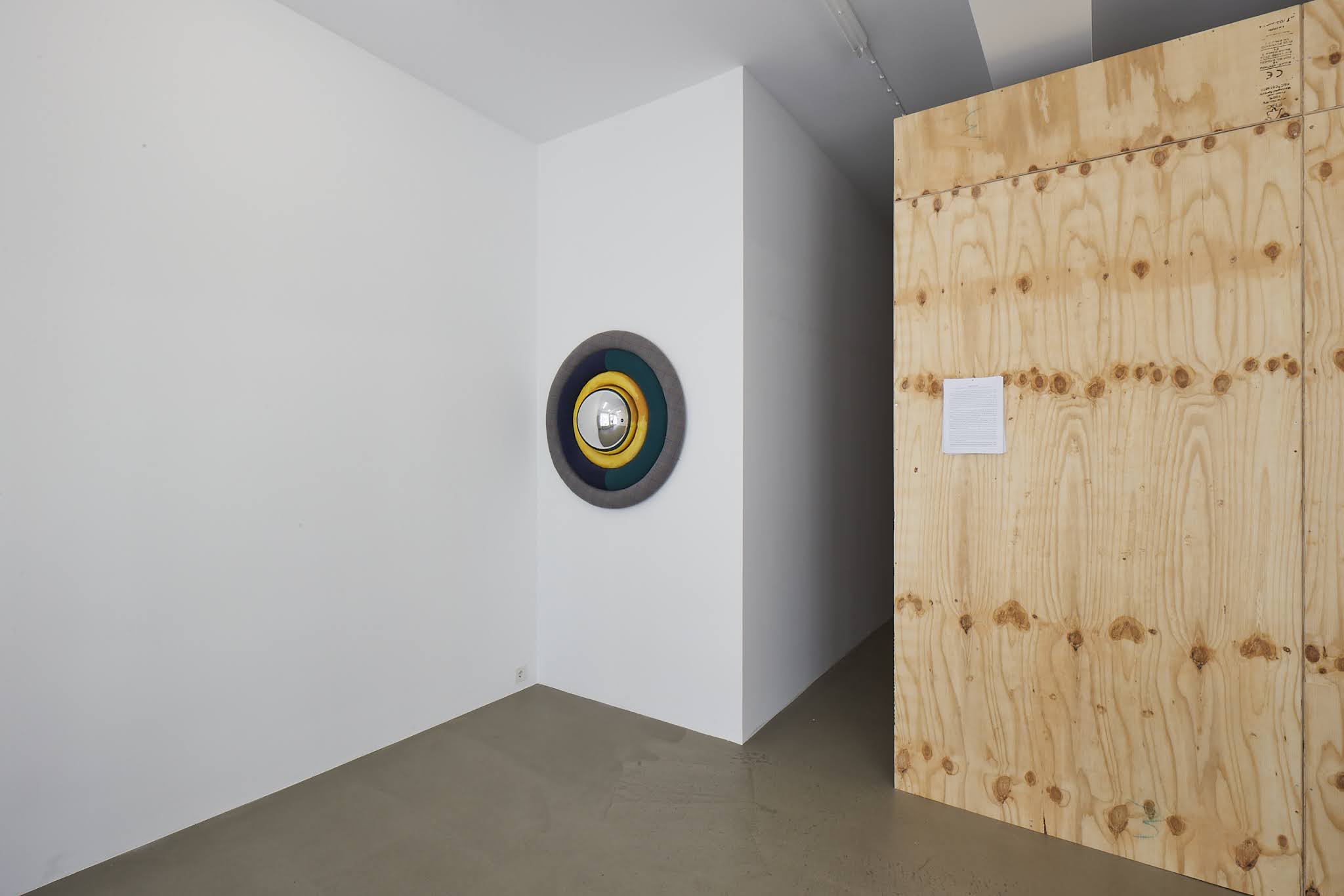 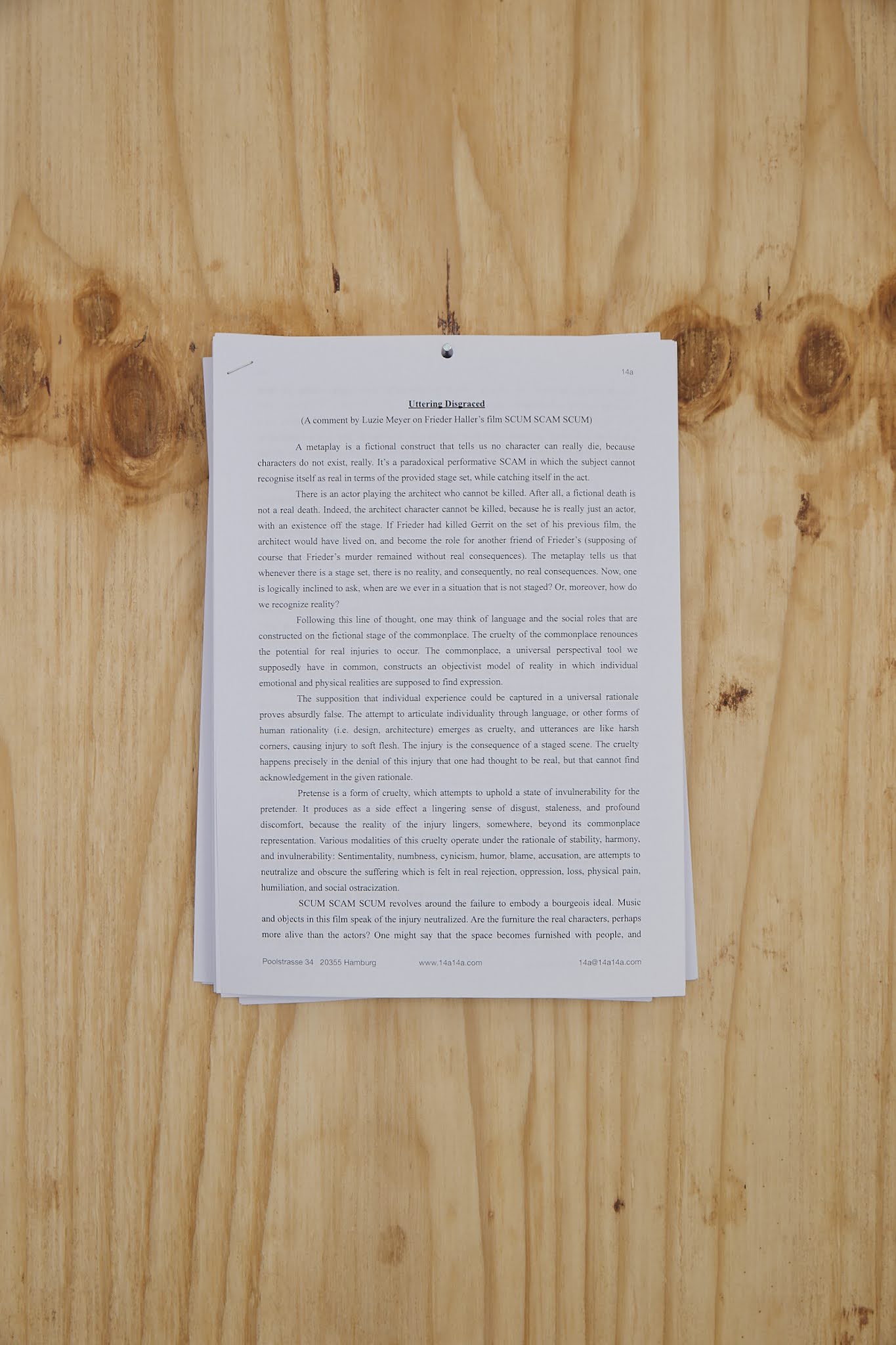 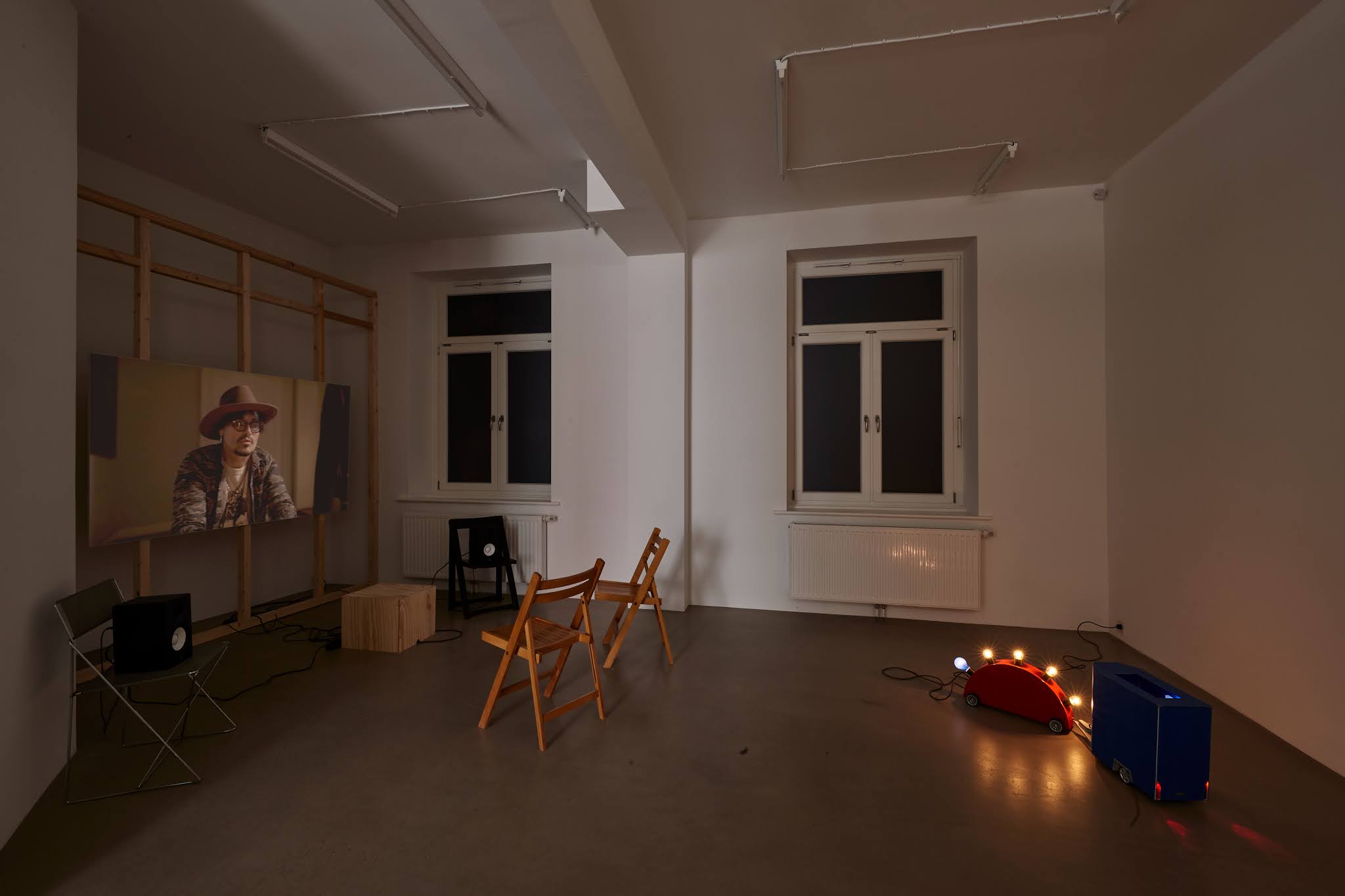 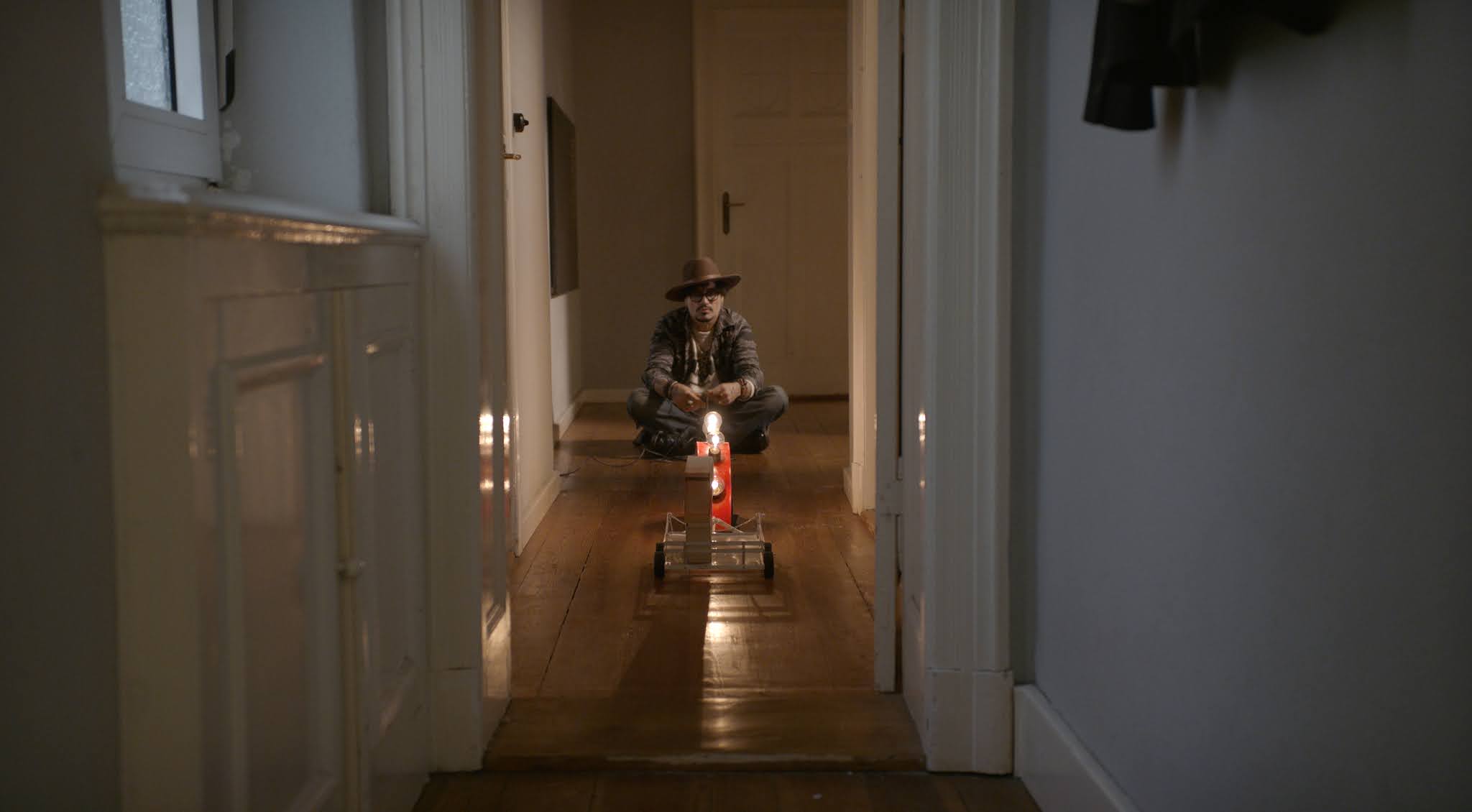 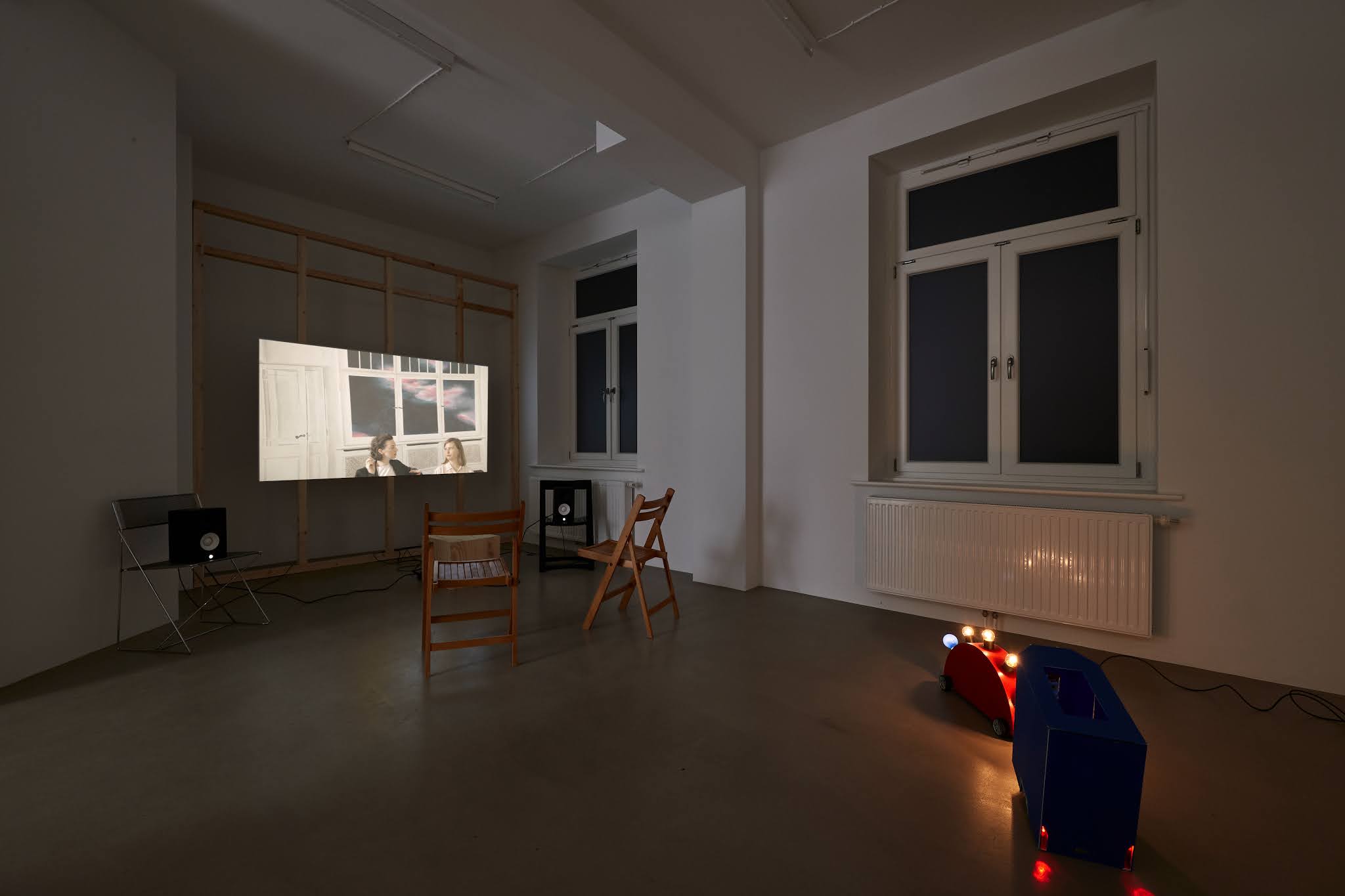 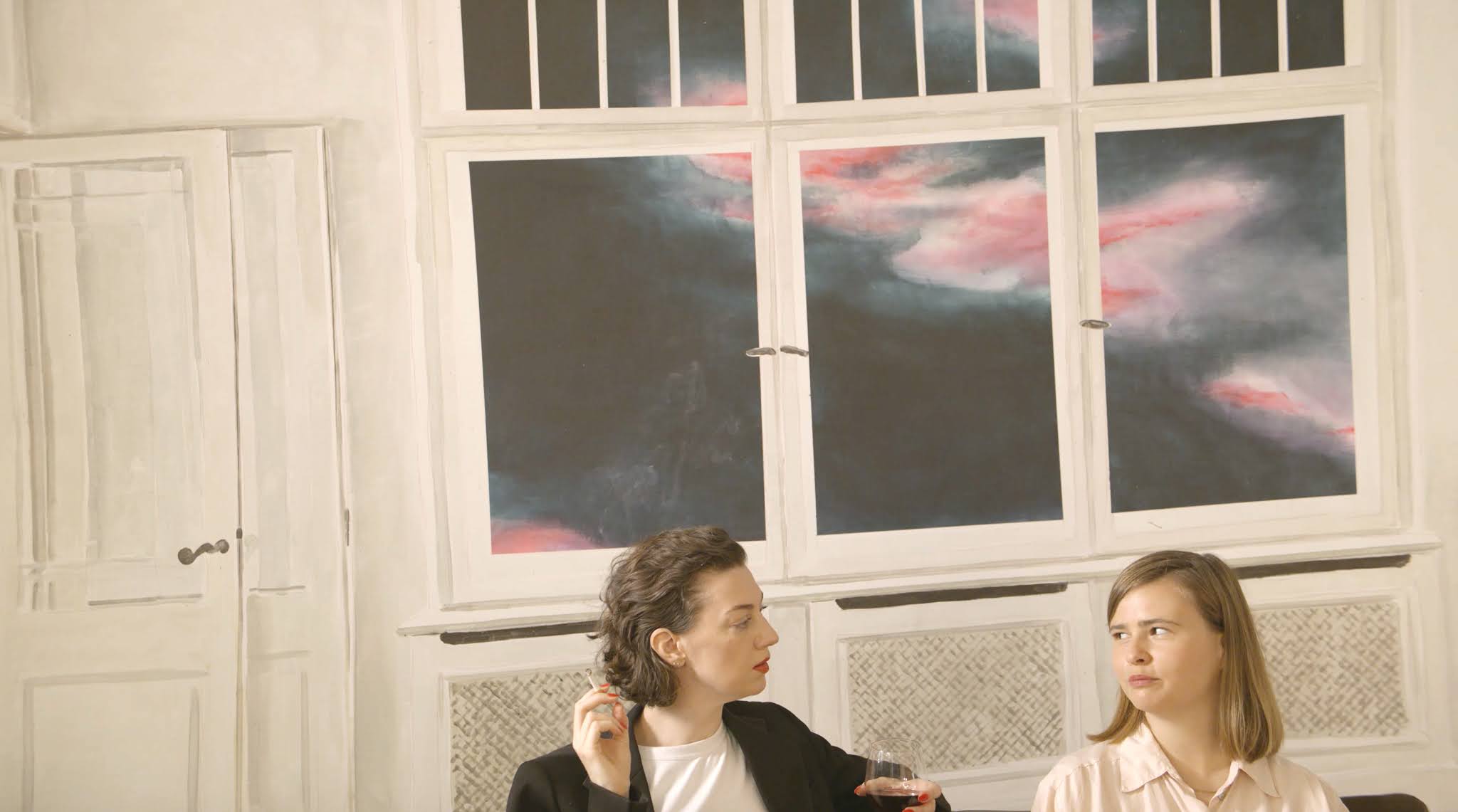 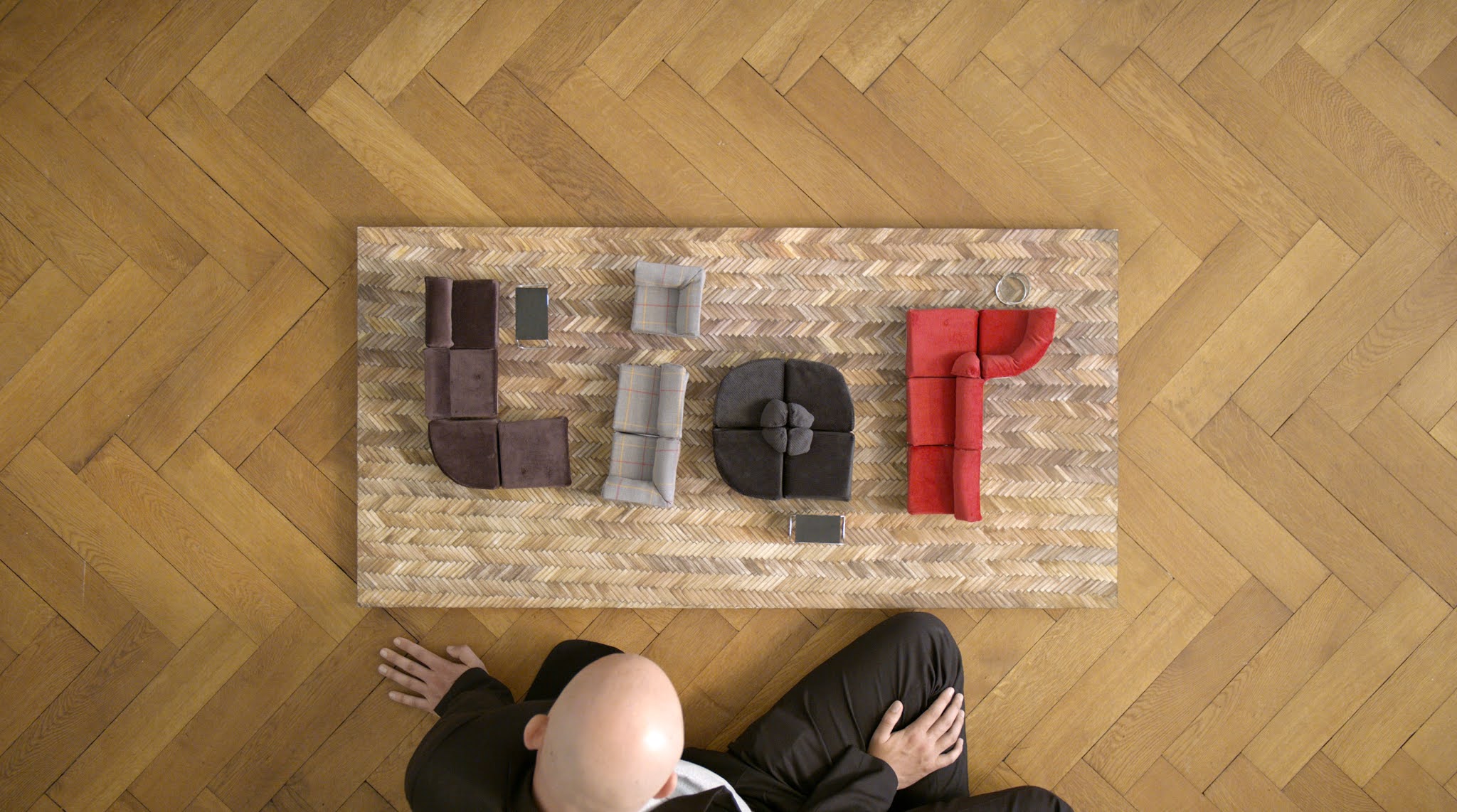 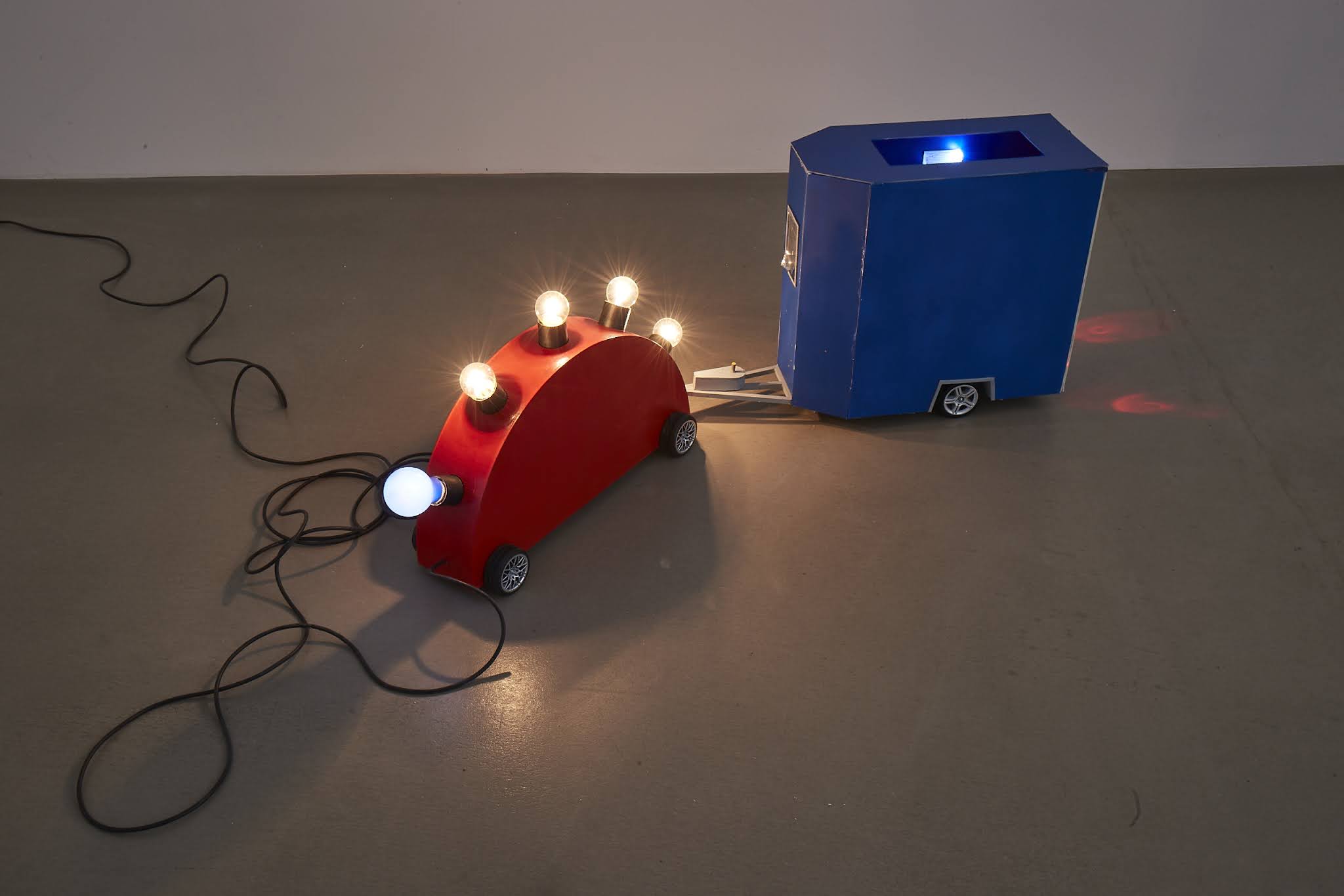 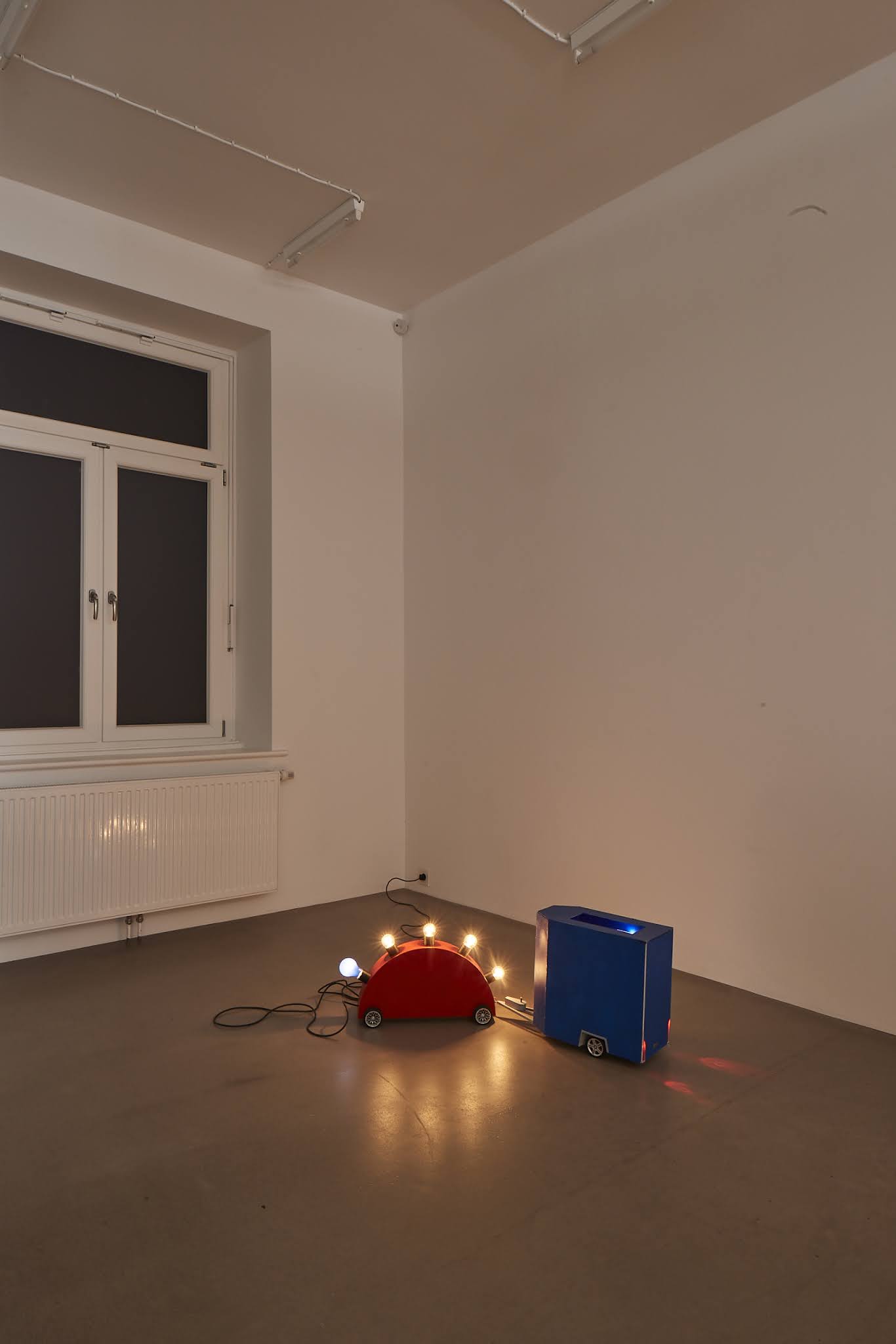 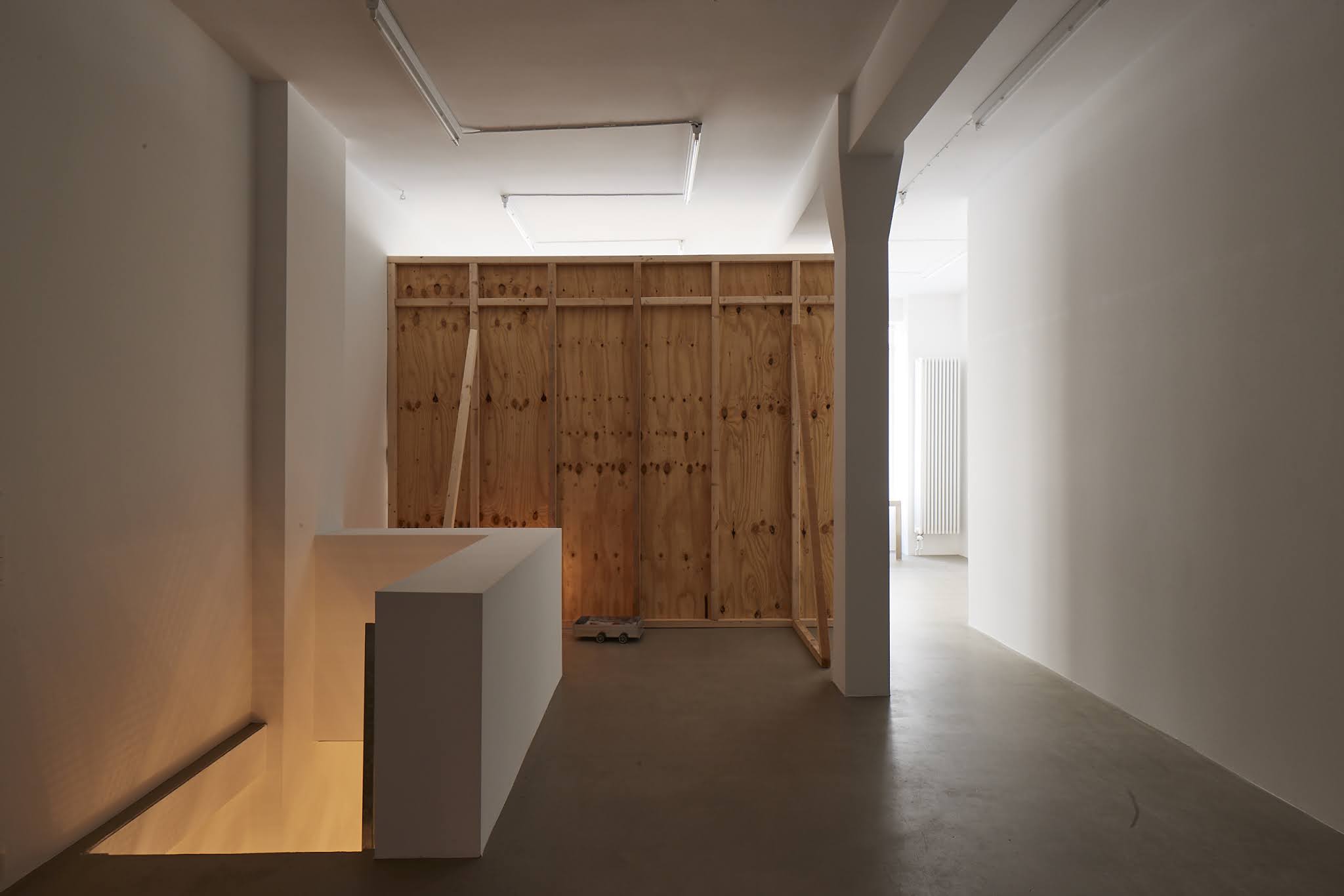 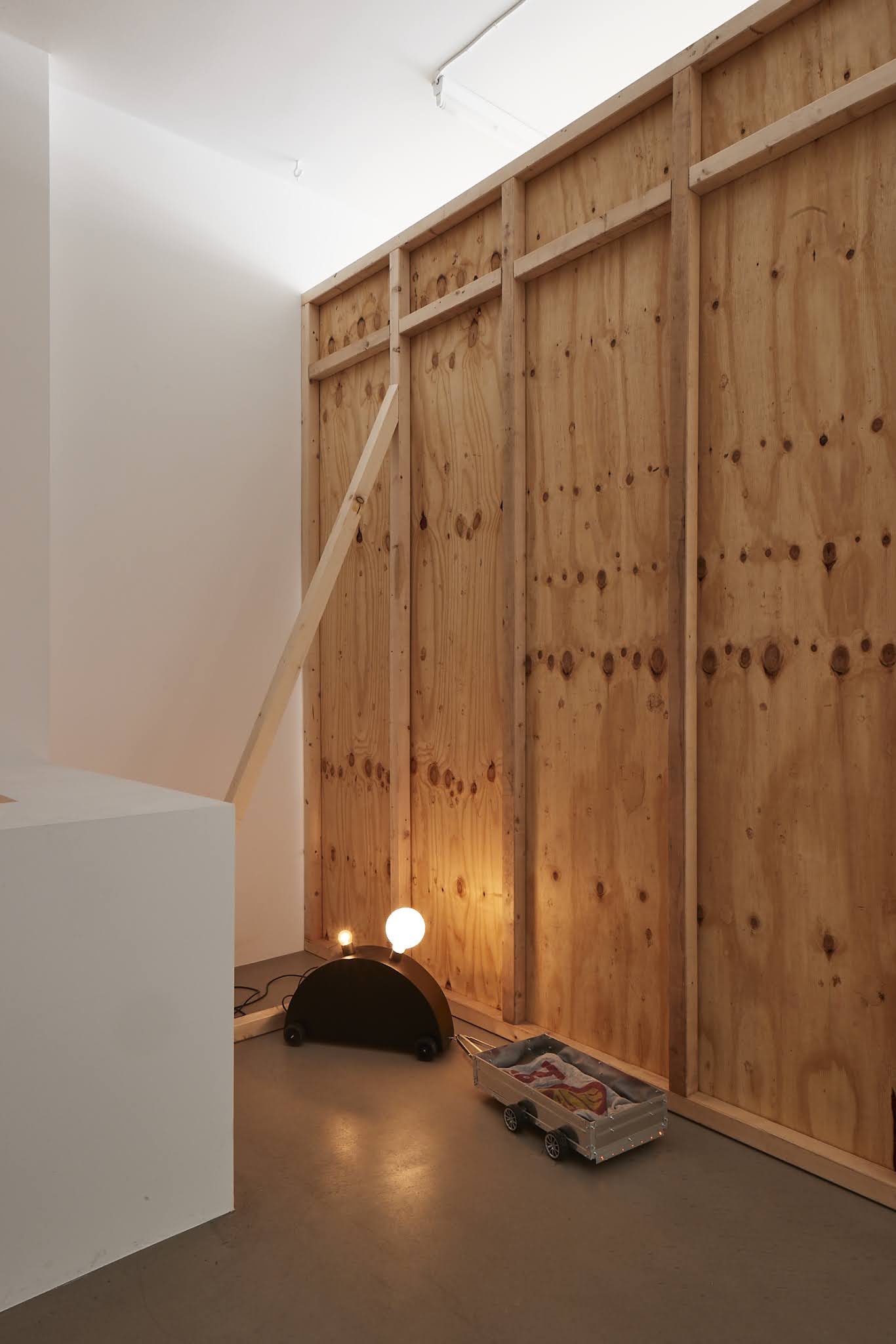 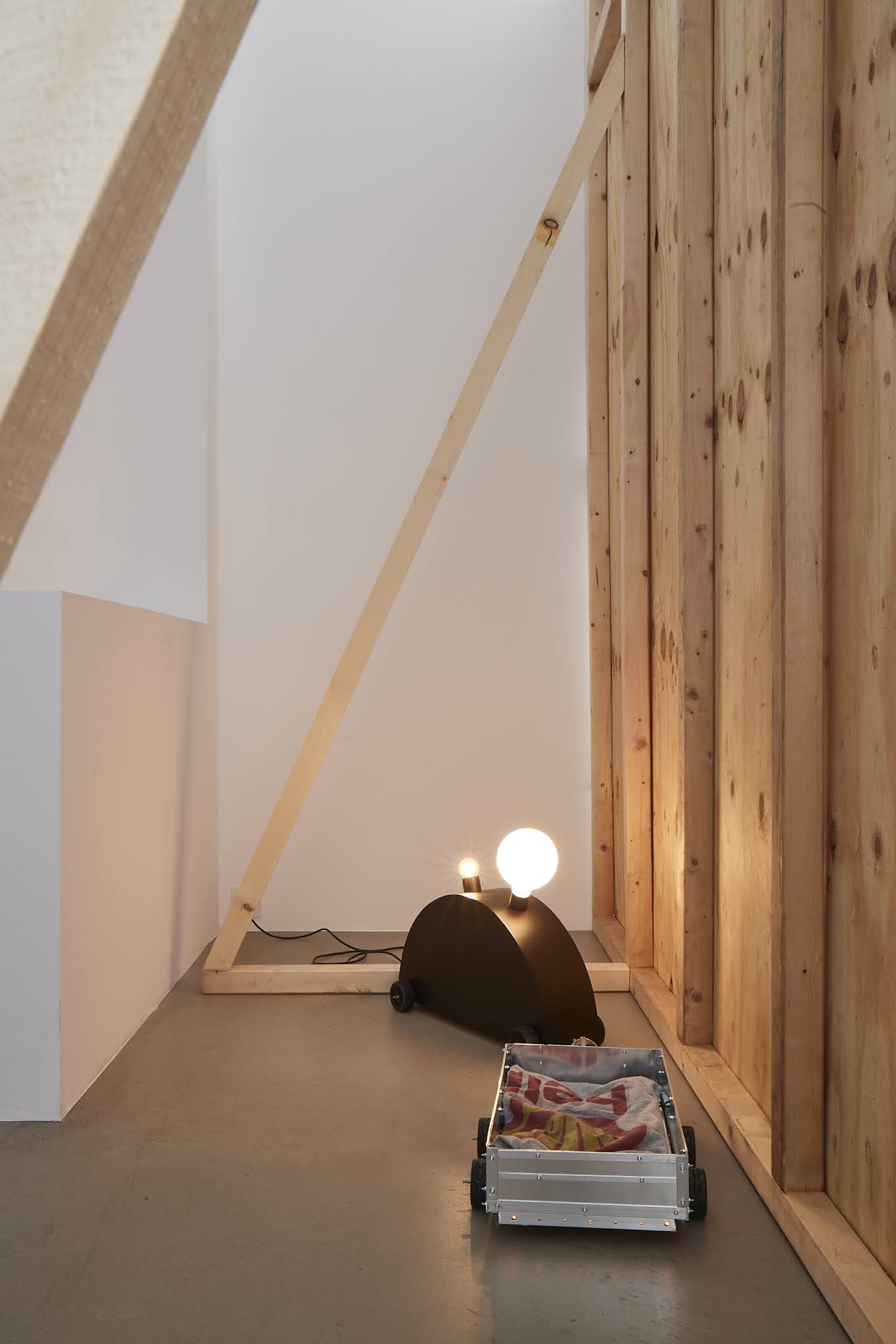 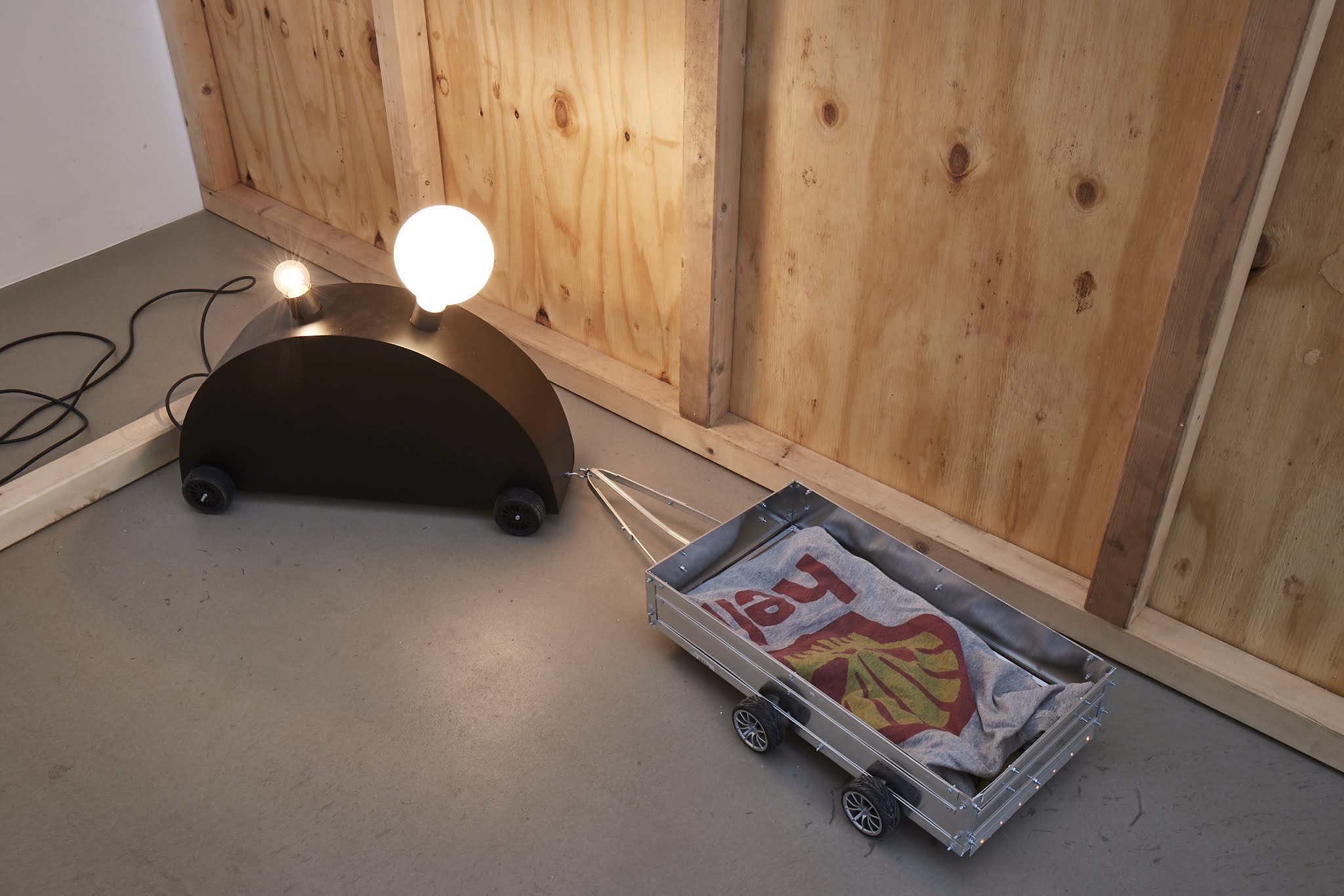 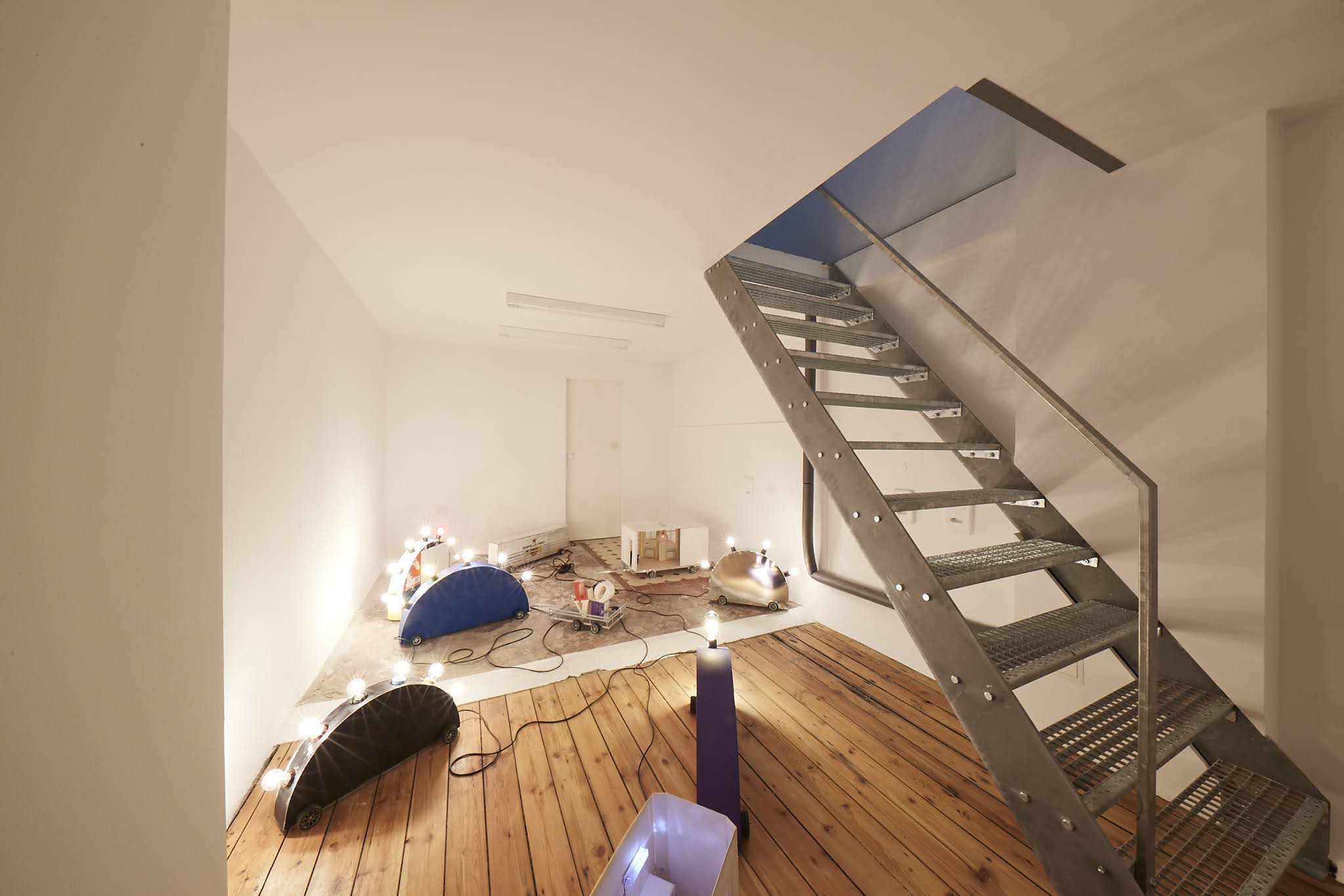 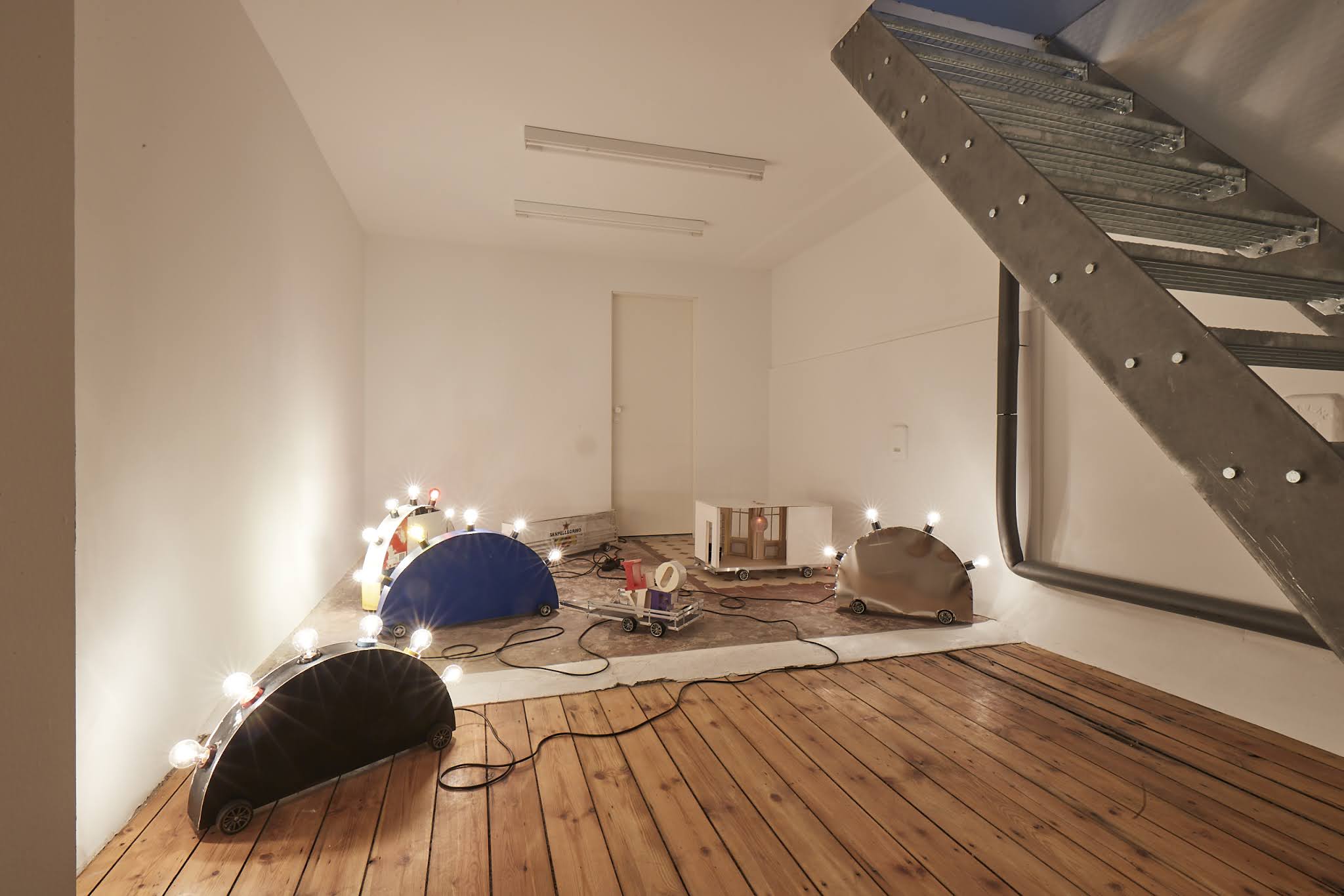 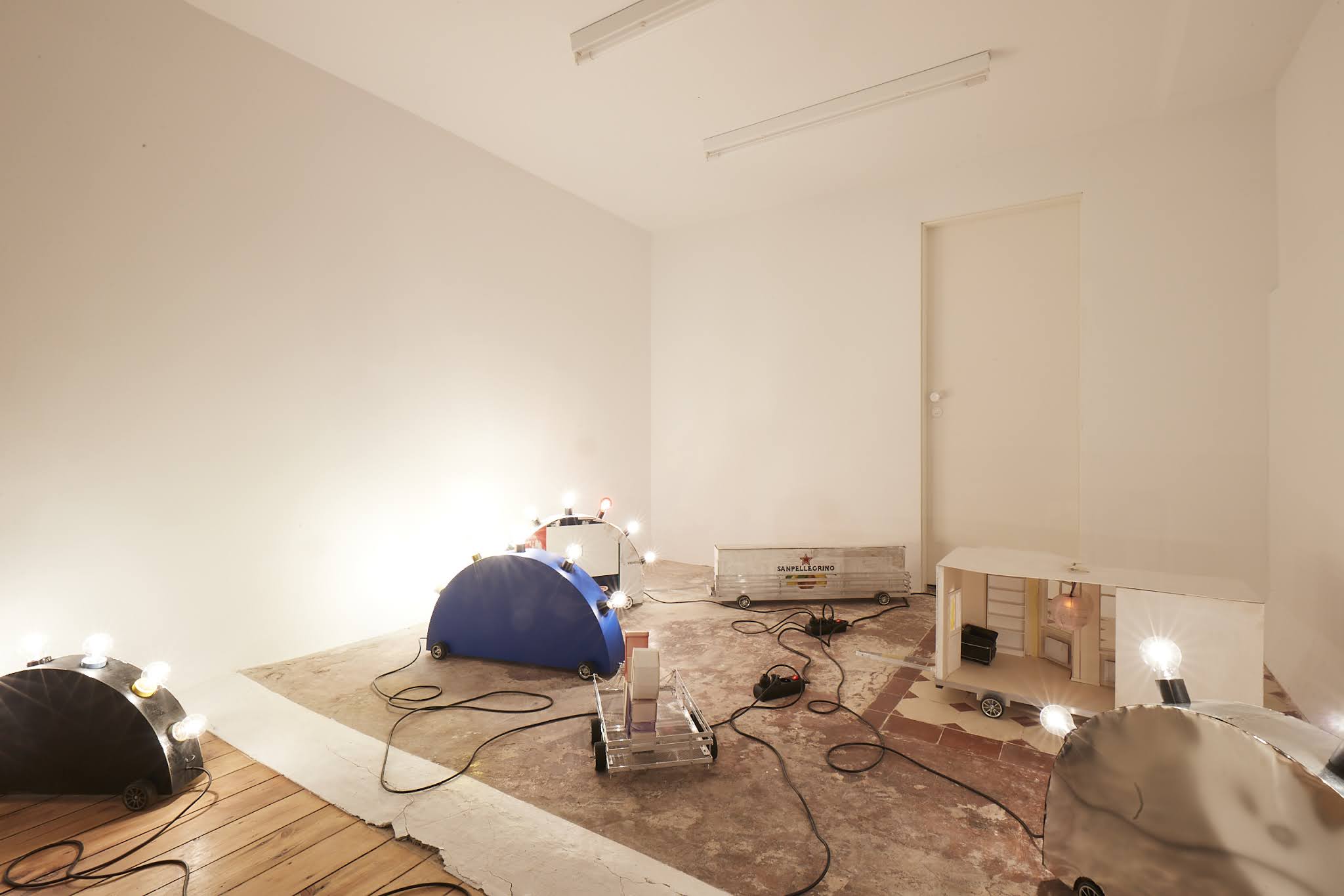 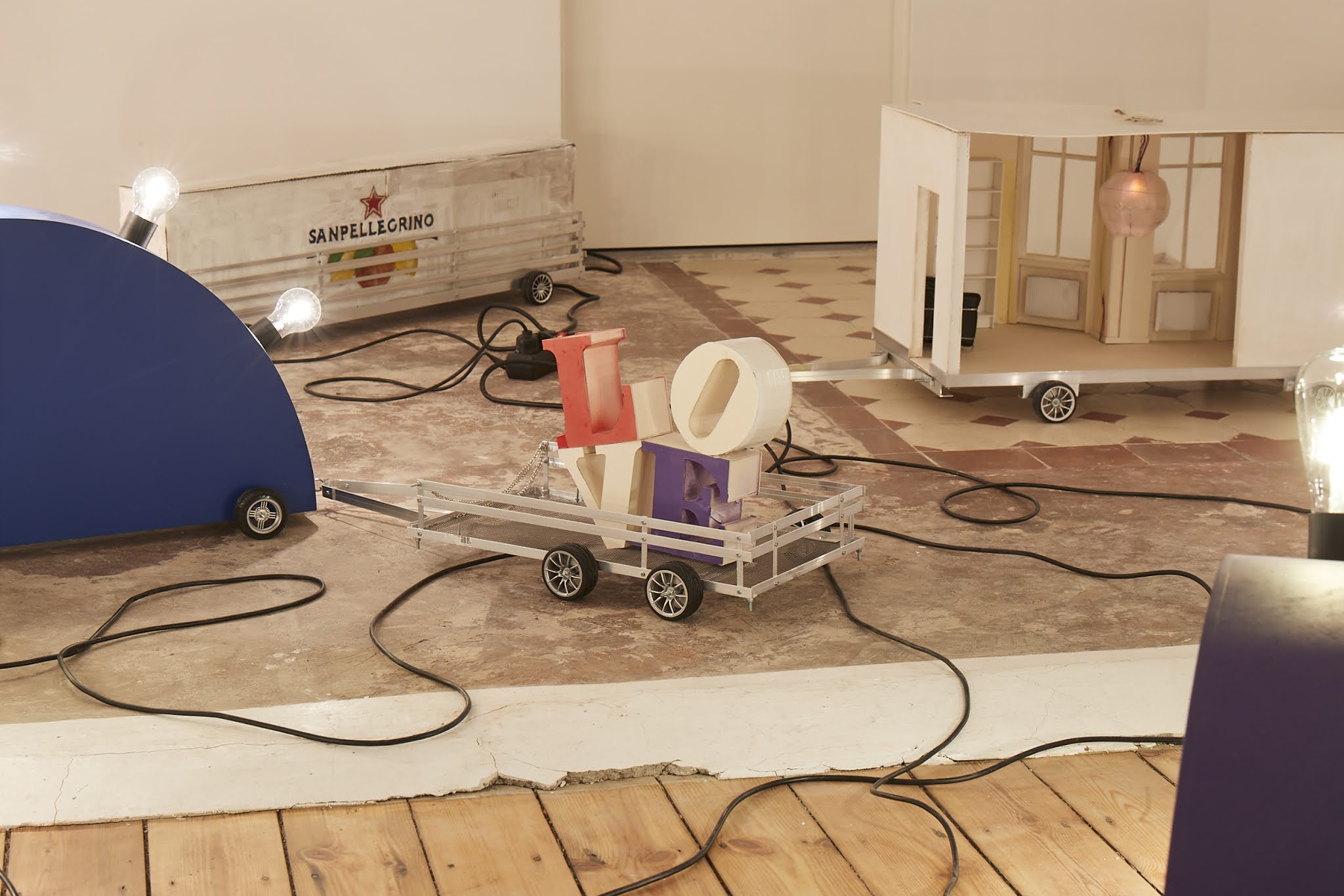 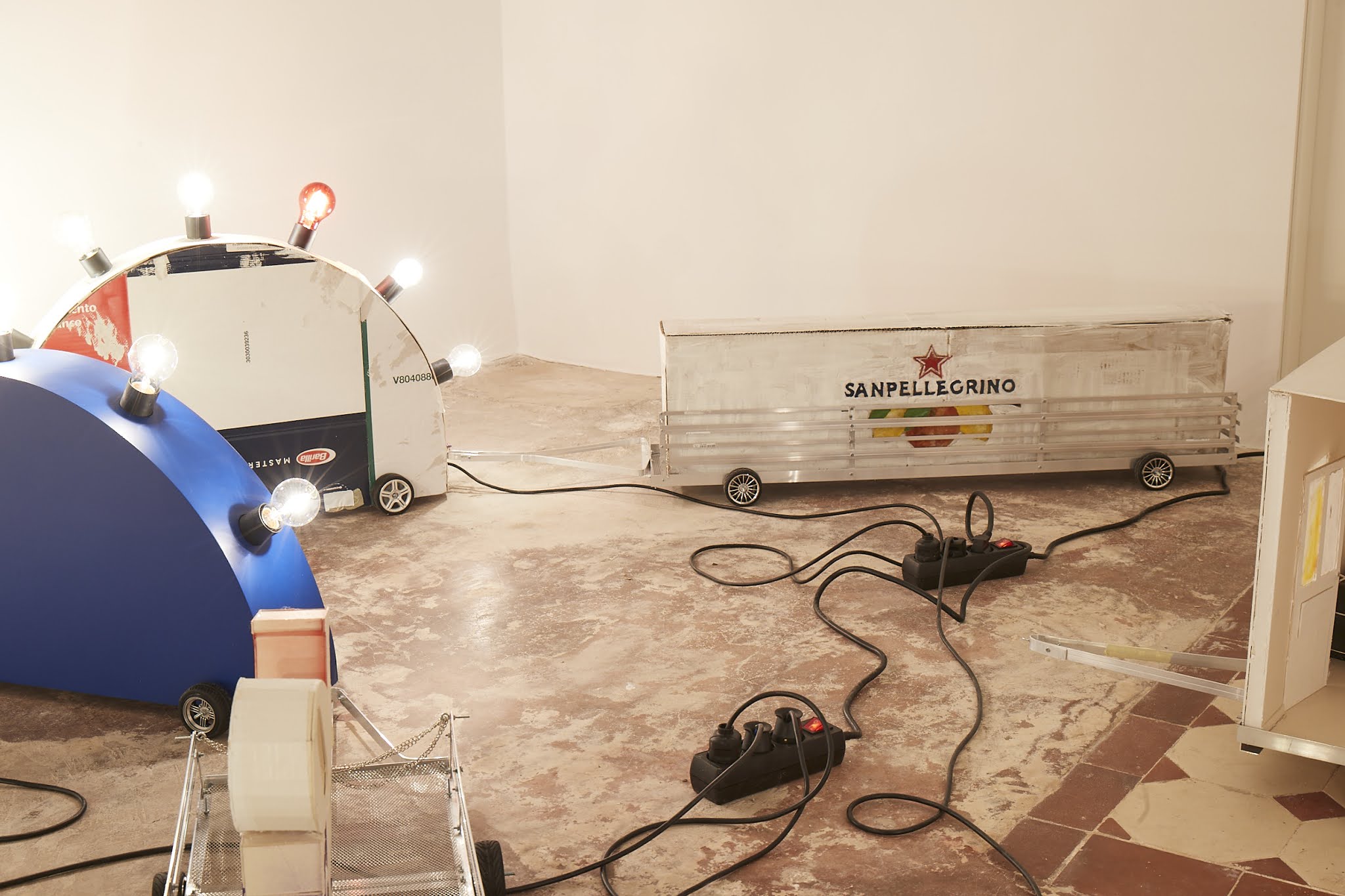 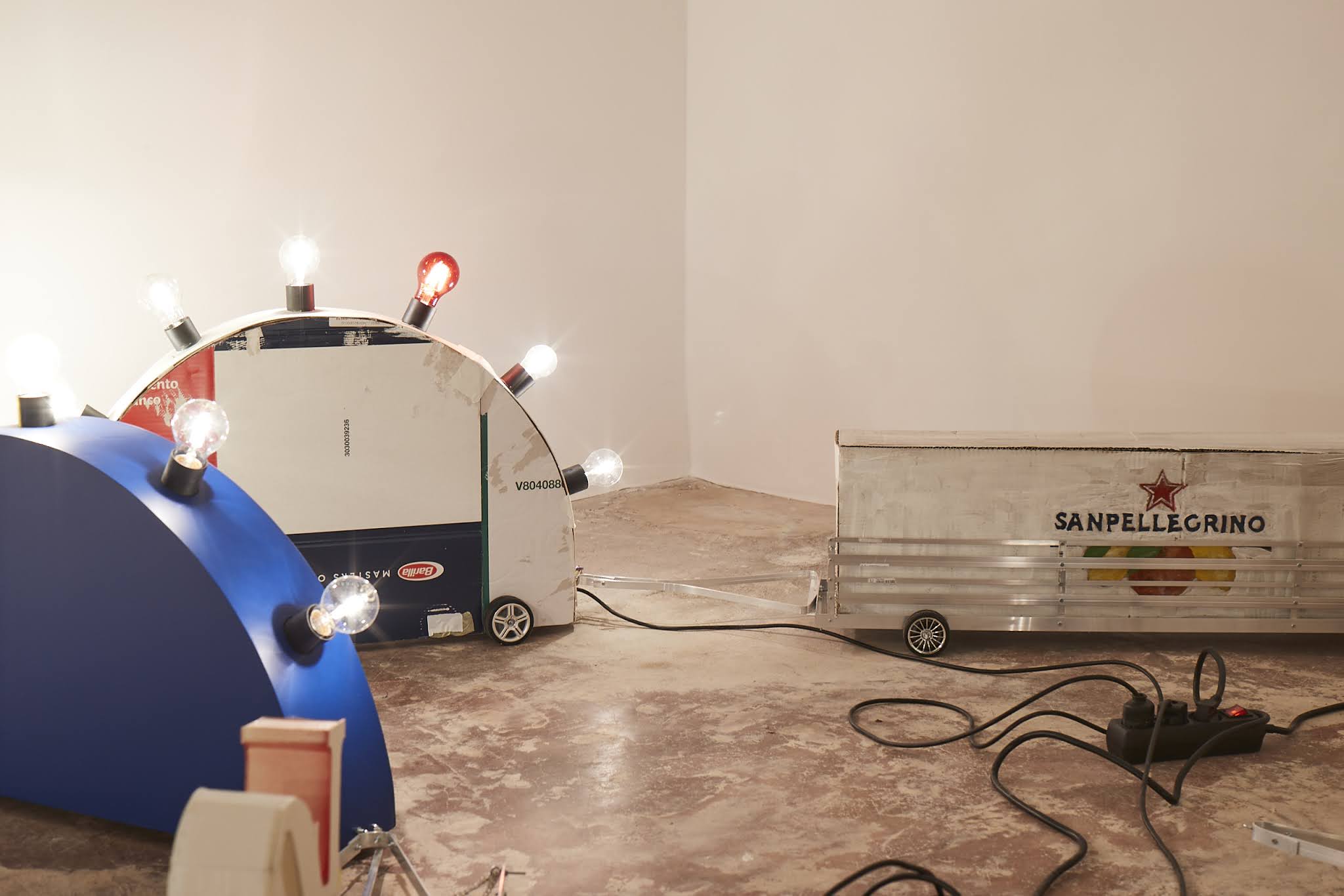 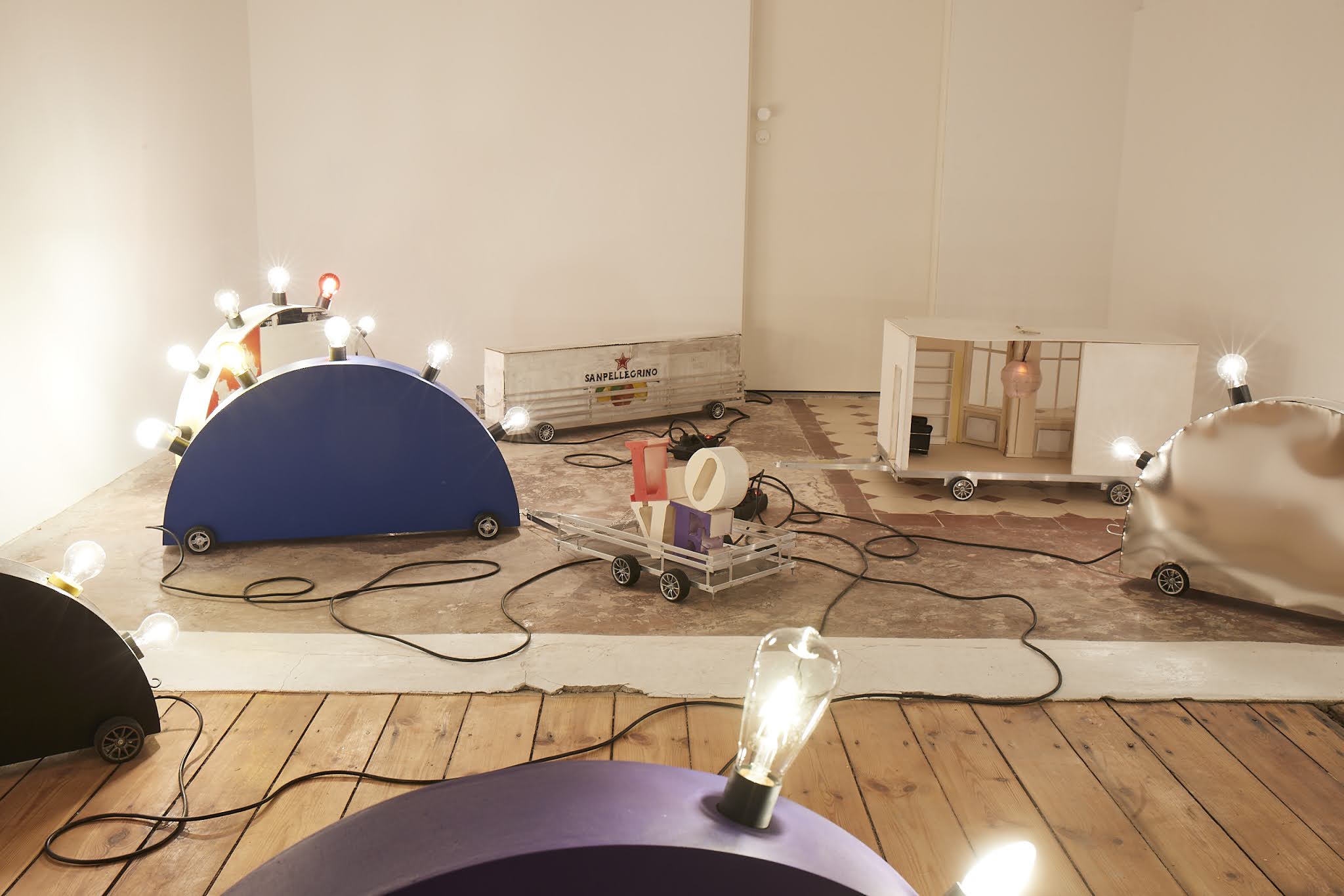 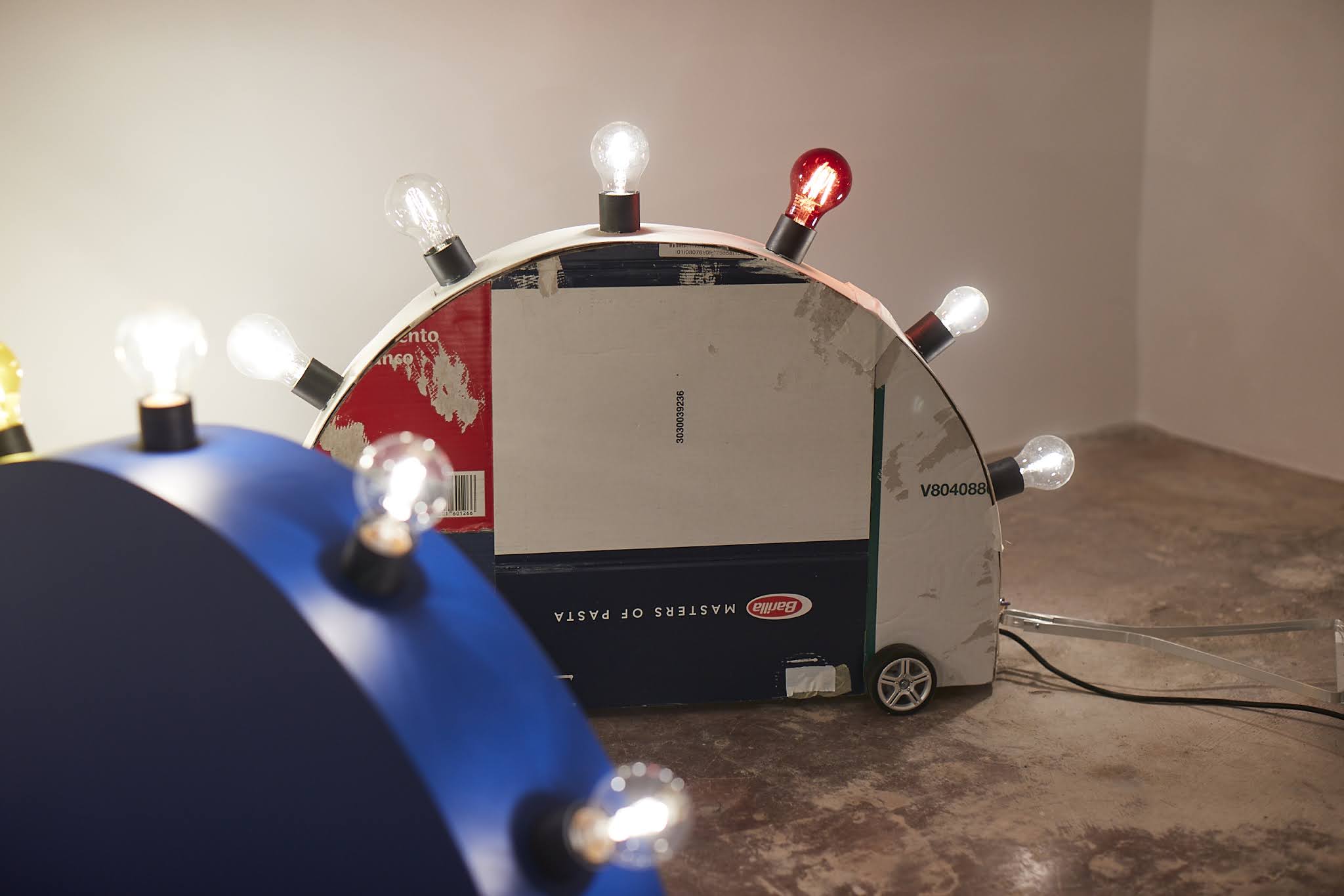 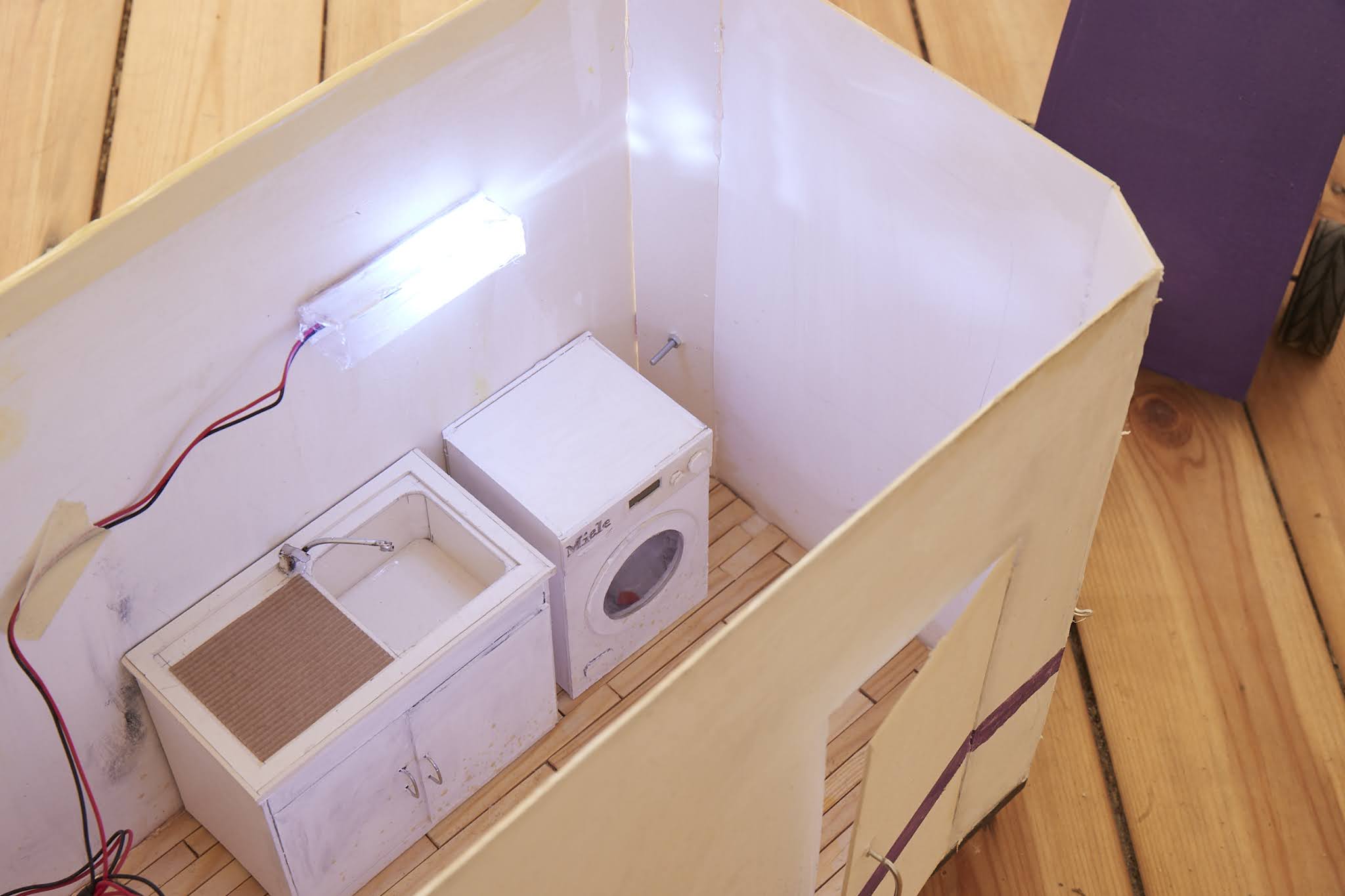 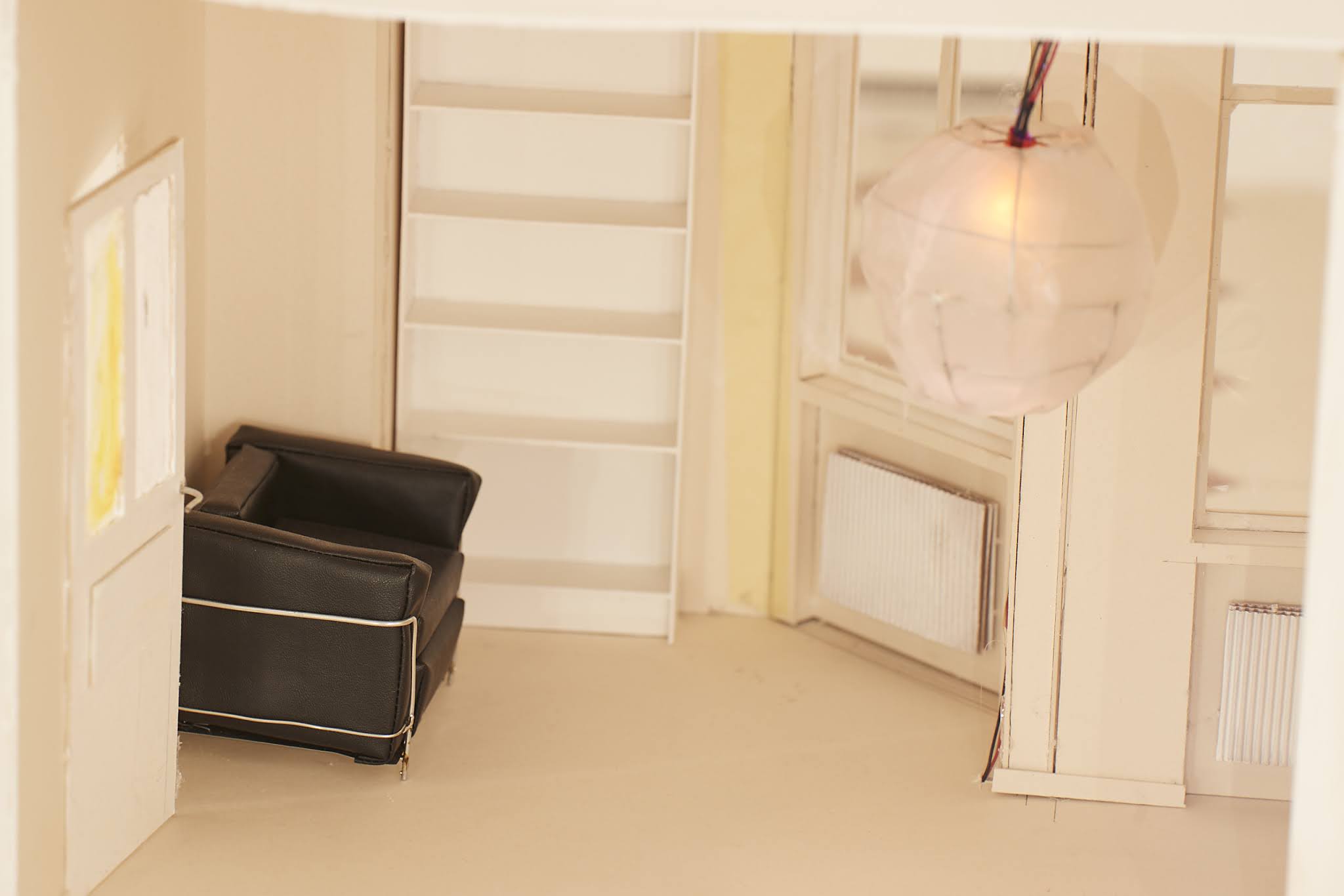 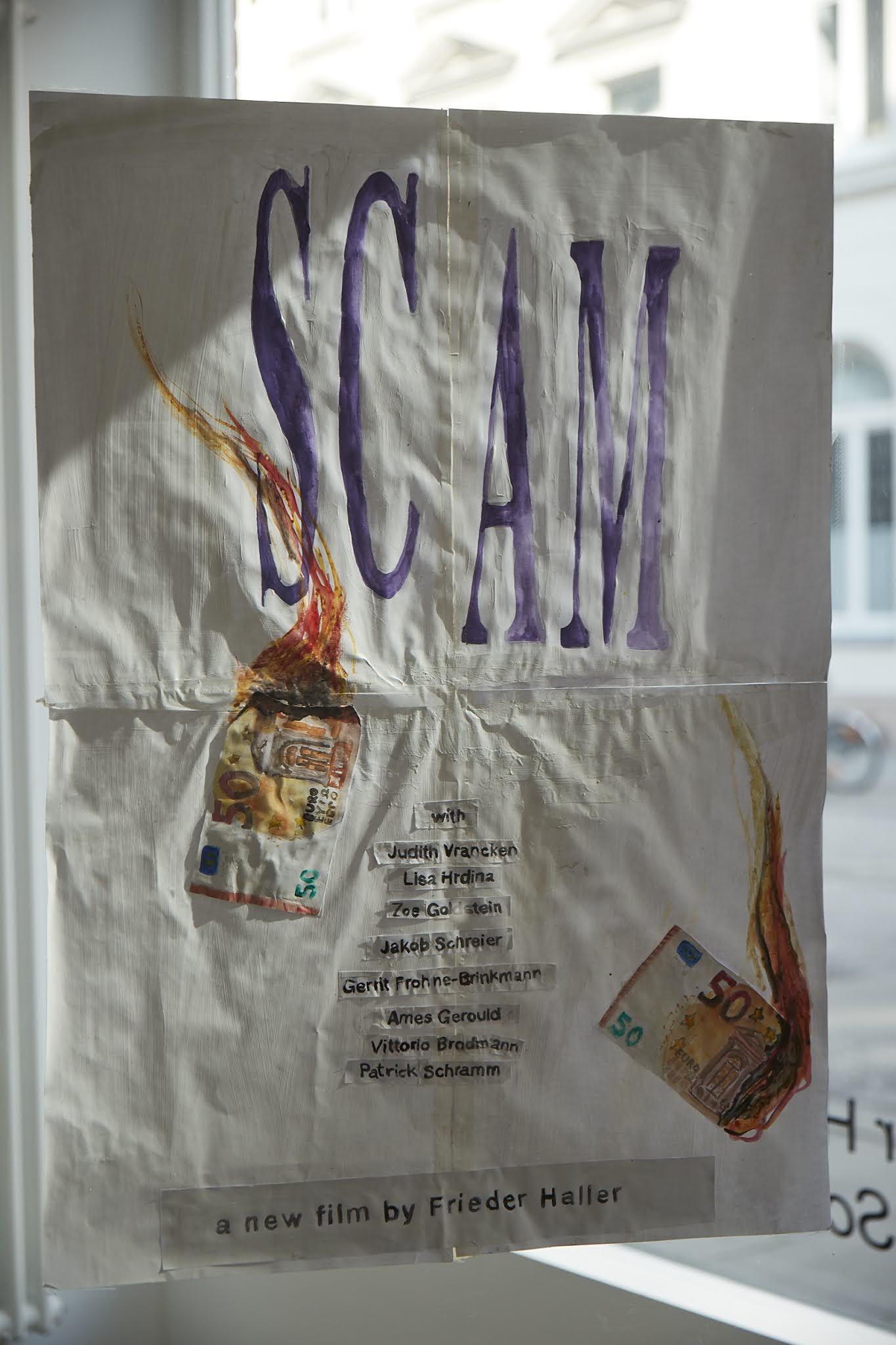 A metaplay is a fictional construct that tells us no character can really die, because characters do not exist, really. It’s a paradoxical performative SCAM in which the subject cannot recognise itself as real in terms of the provided stage set, while catching itself in the act.

There is an actor playing the architect who cannot be killed. After all, a fictional death is not a real death. Indeed, the architect character cannot be killed, because he is really just an actor, with an existence off the stage. If Frieder had killed Gerrit on the set of his previous film, the architect would have lived on, and become the role for another friend of Frieder’s (supposing of course that Frieder’s murder remained without real consequences). The metaplay tells us that whenever there is a stage set, there is no reality, and consequently, no real consequences. Now, one is logically inclined to ask, when are we ever in a situation that is not staged? Or, moreover, how do we recognize reality?

Following this line of thought, one may think of language and the social roles that are constructed on the fictional stage of the commonplace. The cruelty of the commonplace renounces the potential for real injuries to occur. The commonplace, a universal perspectival tool we supposedly  have  in  common,  constructs  an  objectivist  model  of  reality  in  which  individual emotional and physical realities are supposed to find expression.

The supposition that individual experience could be captured in a universal rationale proves absurdly false. The attempt to articulate individuality through language, or other forms of human  rationality  (i.e.  design,  architecture)  emerges  as  cruelty,  and  utterances  are  like  harsh corners, causing injury to soft flesh. The injury is the consequence of a staged scene. The cruelty happens precisely in the denial of this injury that one had thought to be real, but that cannot find acknowledgement in the given rationale.

Pretense is a form of cruelty, which attempts to uphold a state of invulnerability for the pretender. It produces as a side effect a lingering sense of disgust, staleness, and profound discomfort, because the reality of the injury lingers, somewhere, beyond its commonplace representation. Various modalities of this cruelty operate under the rationale of stability, harmony, and invulnerability: Sentimentality, numbness, cynicism, humor, blame, accusation, are attempts to neutralize and obscure the suffering which is felt in real rejection, oppression, loss, physical pain, humiliation, and social ostracization.

SCUM SCAM SCUM revolves around the failure to embody a bourgeois ideal. Music and objects in this film speak of the injury neutralized. Are the furniture the real characters, perhaps more alive than the actors? One might say that the space becomes furnished with people, and simultaneously,   inhabited   by   objects,   which   paradoxically   show   more   vitality   in   their disproportionality, unfinishedness, and inadequacy:

The pathetic, overcooked, rubbery body of an octopus is presented as a delicacy, on a small plate, awkwardly garnished with a basil leaf and a chunk of lemon. Tiny couches function as markers of blame, addressing the dysfunctional rules of the social arrangement on the stage. (If this was the real world, they could be sat on).

A social role is not an adequate embodiment of individuality, nor is a car lamp (a remake in homage to the iconic “Memphis Milano” desklamp designed in 1981 by Martine Bedin) the ideal vehicle for enlightened self-expression: Perpetual consumption is an evasion of the fact that the aspiring subject is sel-fish, that is, consumed with itself. With the auto-eroticism of sophistication comes the disability to feel the injury that the encounter with another inevitably brings.

As Heinrich von Kleist noticed in his seminal text On the Marionette Theatre, one may understand  the  promethean  wish  for  self-enhancement  by  likening  it  to  the  thwarting  of  its reflection in a convex mirror, in which an increase of self-consciousness proportionally increases alongside the destruction of grace. The acknowledgment of an injury leads to attempts to optimize the wretched self. One may be inclined here to draw attention to the word SCUM, which really means, fallen out of grace, utterly disgraced. The loss of grace can either be mended by restoring a state of lost innocence or creating a second nature through rationality:

As Ames dresses up like a skyscraper, he tries to embody the triumph of humanity in order to appeal to his object of choice (a cold woman of great sophistication). As the costume of genius does not fit him, he is rejected. He relentlessly persists in his pursuit, as the modernist subject per se, caught up in a repetition compulsion, in a state of “cruel optimism”, he hopes that her “cold intimacy” will be replaced with recognition and love. He must remain in the compulsive state of provoking rejection, because otherwise there would be no play, and the rejection would become real.

None of the characters seem to have taken the voluntary choice to partake in the repetitive succession of vapid violent transactions that is the script. Characters seem to have been forced into the absurdity of a virtual realm of bourgeois powerplay and promethean shame. The power in sophistication is a SCAM, a cruel lie, covering up that each character feels like SCUM in the attempt to embody an ideal (even Johnny Depp fails to embody himself).

If the realm of SCAM is nothing but cruel and merciless, could self-pity become a tool of salvation? As Lisa sits by the piano without actually playing it, its sounds nevertheless accompany her quiet, resigned song of mourning, as a digital pastiche of a physically produced sound - much like the film image representing the female actor singing. In the case of Johnny Depp, aka Jack Elliot - who is misrecognized as an ornament of prestige - rather than a real person with a language of his own (German) - self-pity is what enables the ostracised individual to leave the scene: Sacrificing the commonplace and acknowledging his injury for himself ends the cycle of cruelty.

For Ames, the man who is not a skyscraper, self-pity is part of the prolongation of self- imprisonment  in  a  repetitive  social  relation:  Self-victimization  does  not  shatter  the  narrative imposed on the bodies enacting it.

Judith, the director’s object of choice, is cast as the role of the perpetrating, cold woman. Her facade of power, independence, and sophistication - rather than resulting in freedom - produces for her a boredom, disillusionment, and discontent which seems to accompany the acquisition of such superficial values as beauty, status, and wealth. She too, pities herself in her state of bland superiority.

For me, these questions remain: Would there be a form of acknowledgement of injury that is undramatic? And where does this leave Frieder, who has several cameos in his own piece, and casts himself in the role of a contemporary Brechtian author figure?

I am inclined to think of Brecht and his ambivalent attempts to reconcile his critical- didactic approach to acting and screenwriting with the “culinary” aesthetic strategies of the Hollywood  industry  during  his  exile  in  Los Angeles.     Brecht  criticised  Fritz  Lang  for  using suspense, illusion, and affect in the realization of his screenplay for Hangmen Also Die! (1943), because these artistic means supposedly veiled the political realities that posed the material conditions under which everyone was working. Both Frieder and Bertolt dramatize themselves simultaneously as injured and injurer, both cause and effect of an inadequate social relation, performatively not not talking about themselves as victims and perpetrators of economic-emotional

Assuming that the artist is addressing the audience, both are facing the question of form: “Sag mal, wie redest du eigentlich mit mir?” To find grace in social relations, the assumption of a commonplace needs to be left behind.