Beyond Conservatism: No More Rules for Life 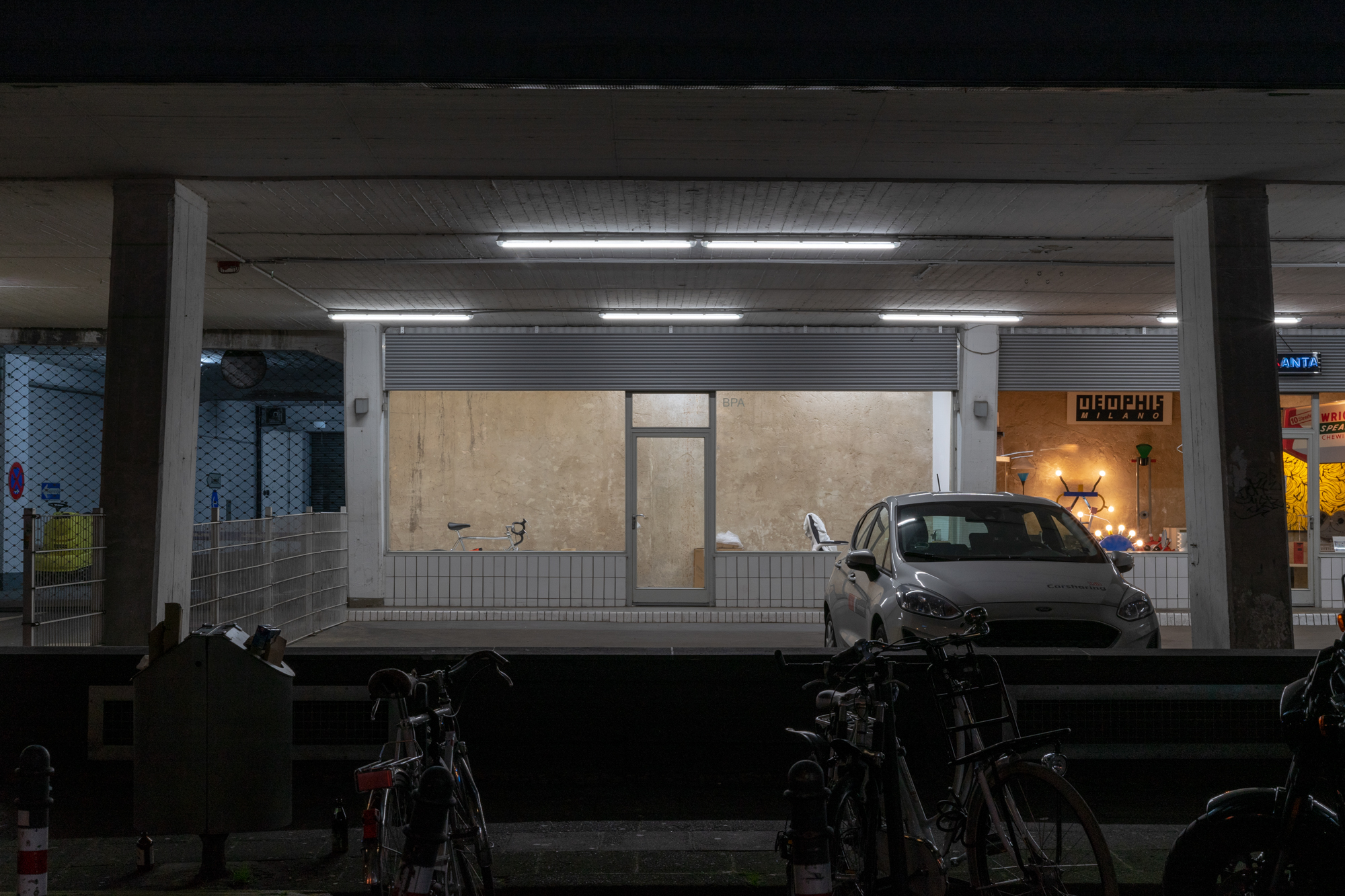 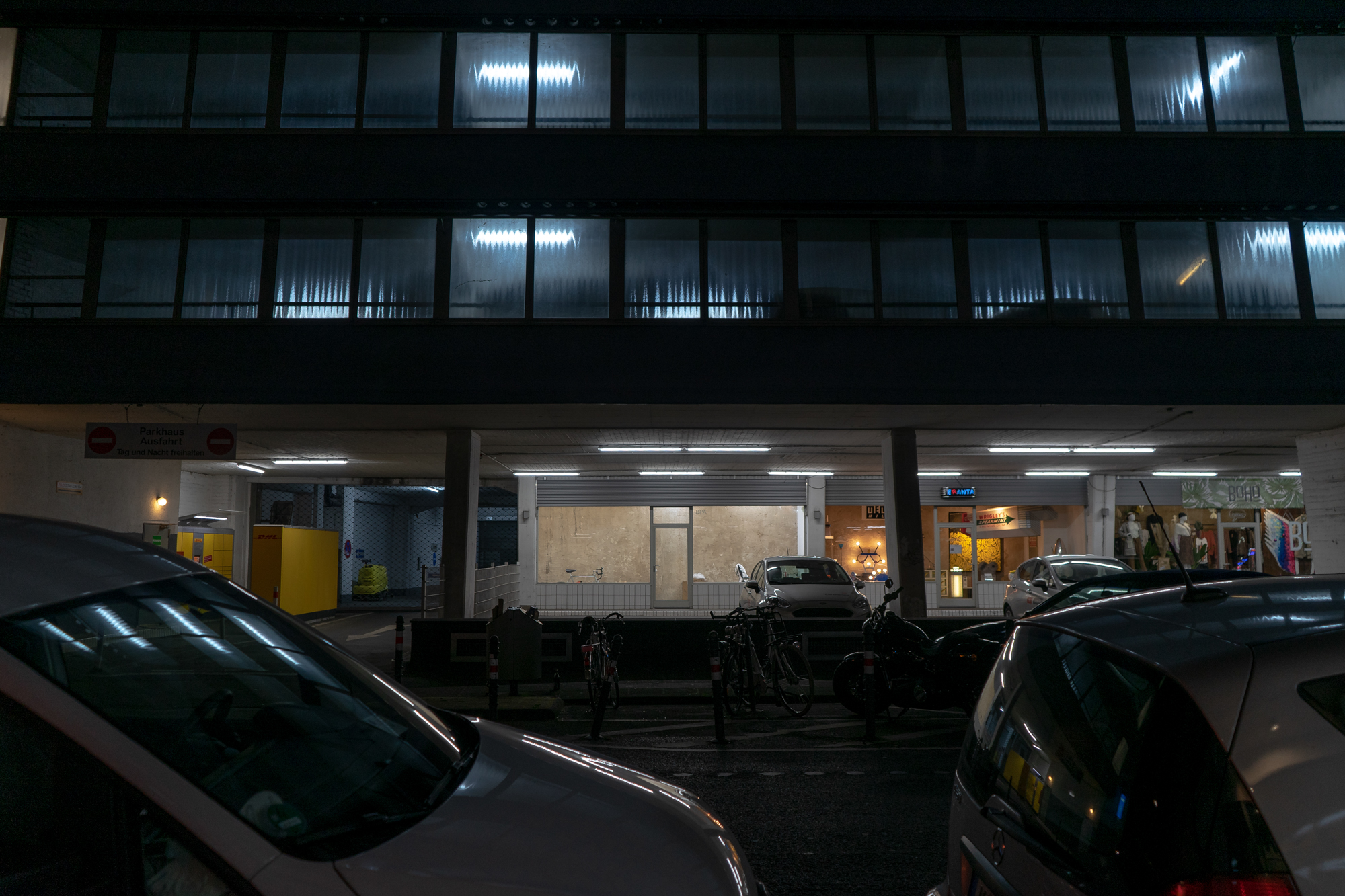 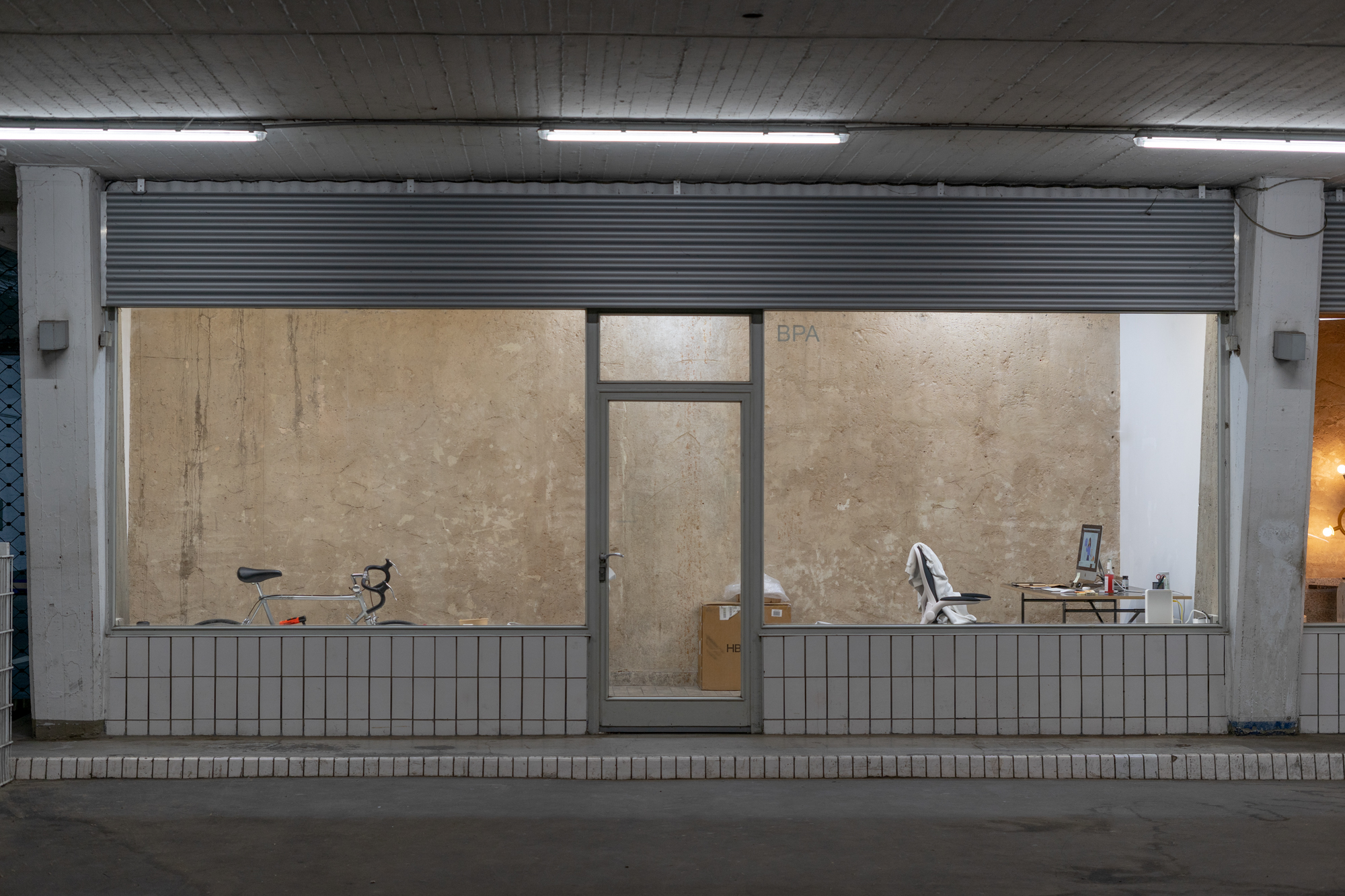 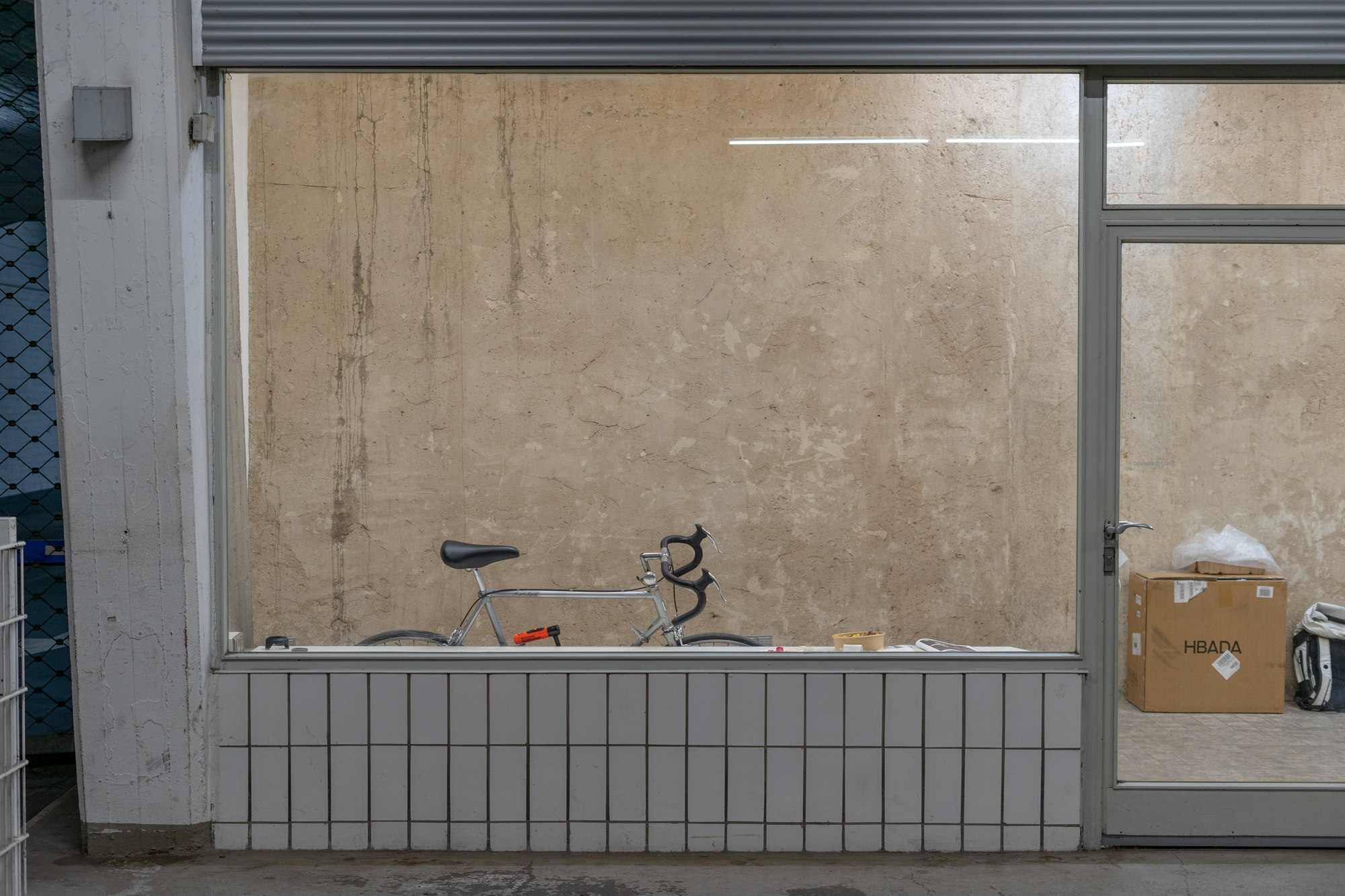 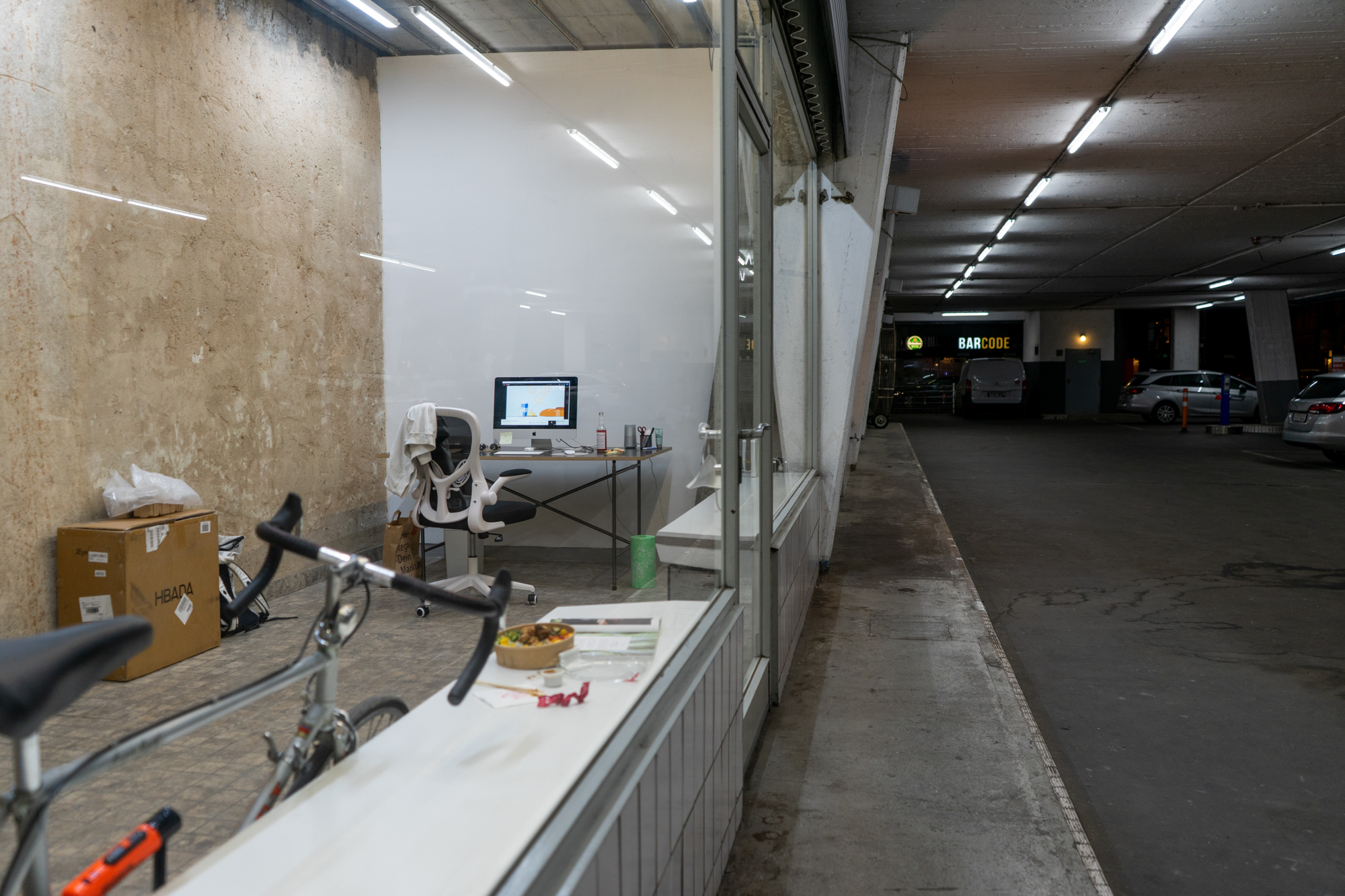 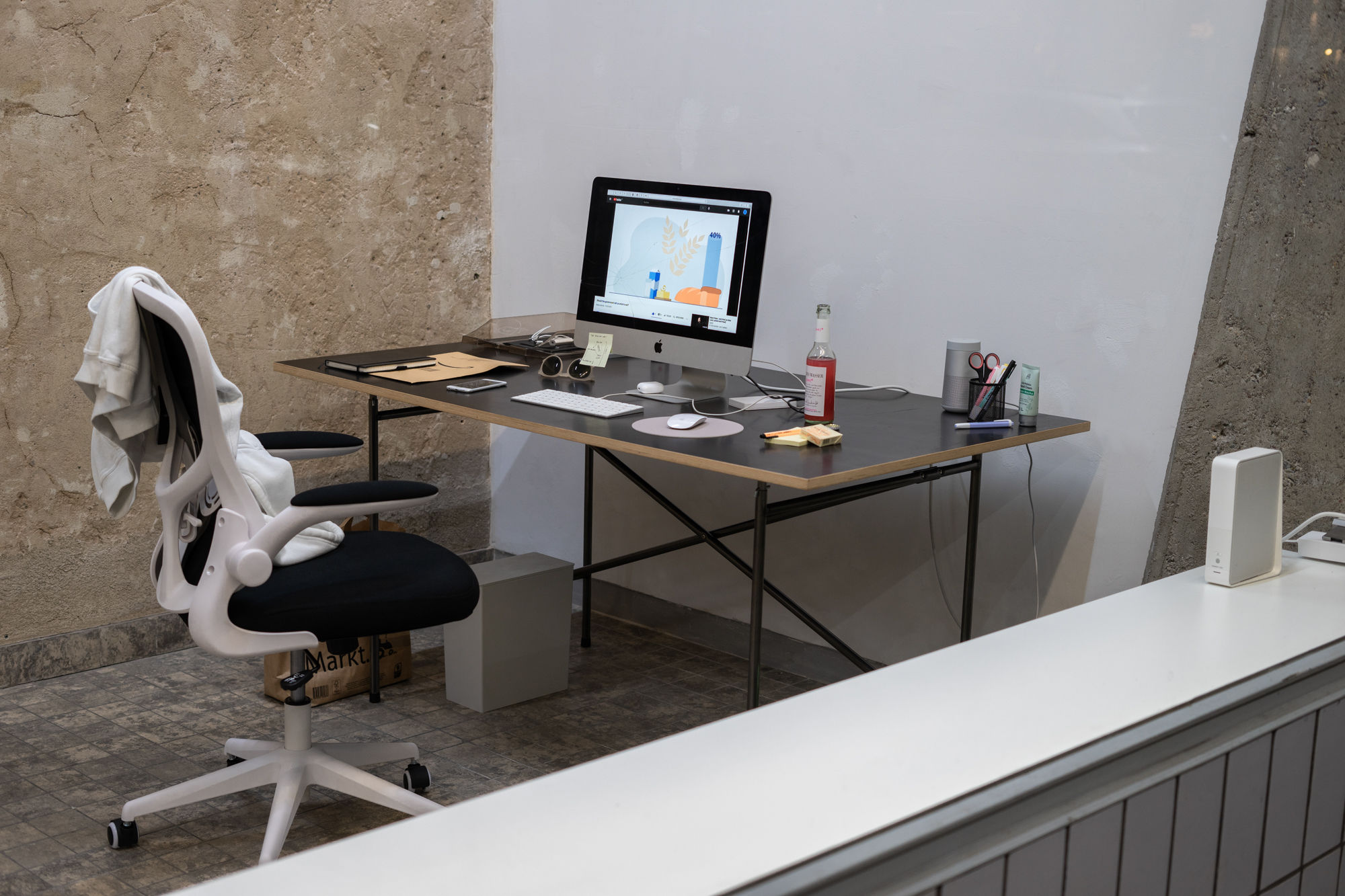 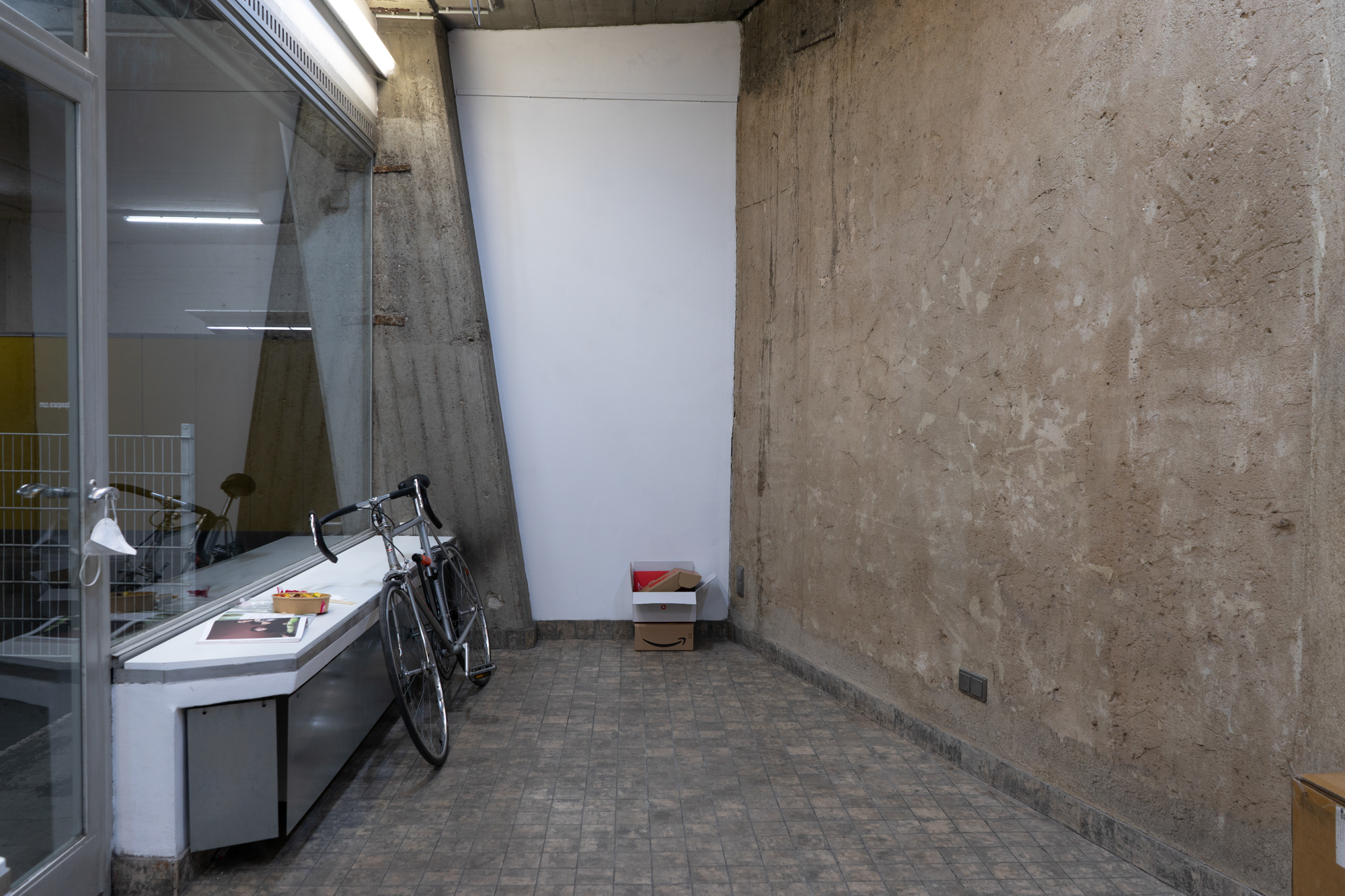 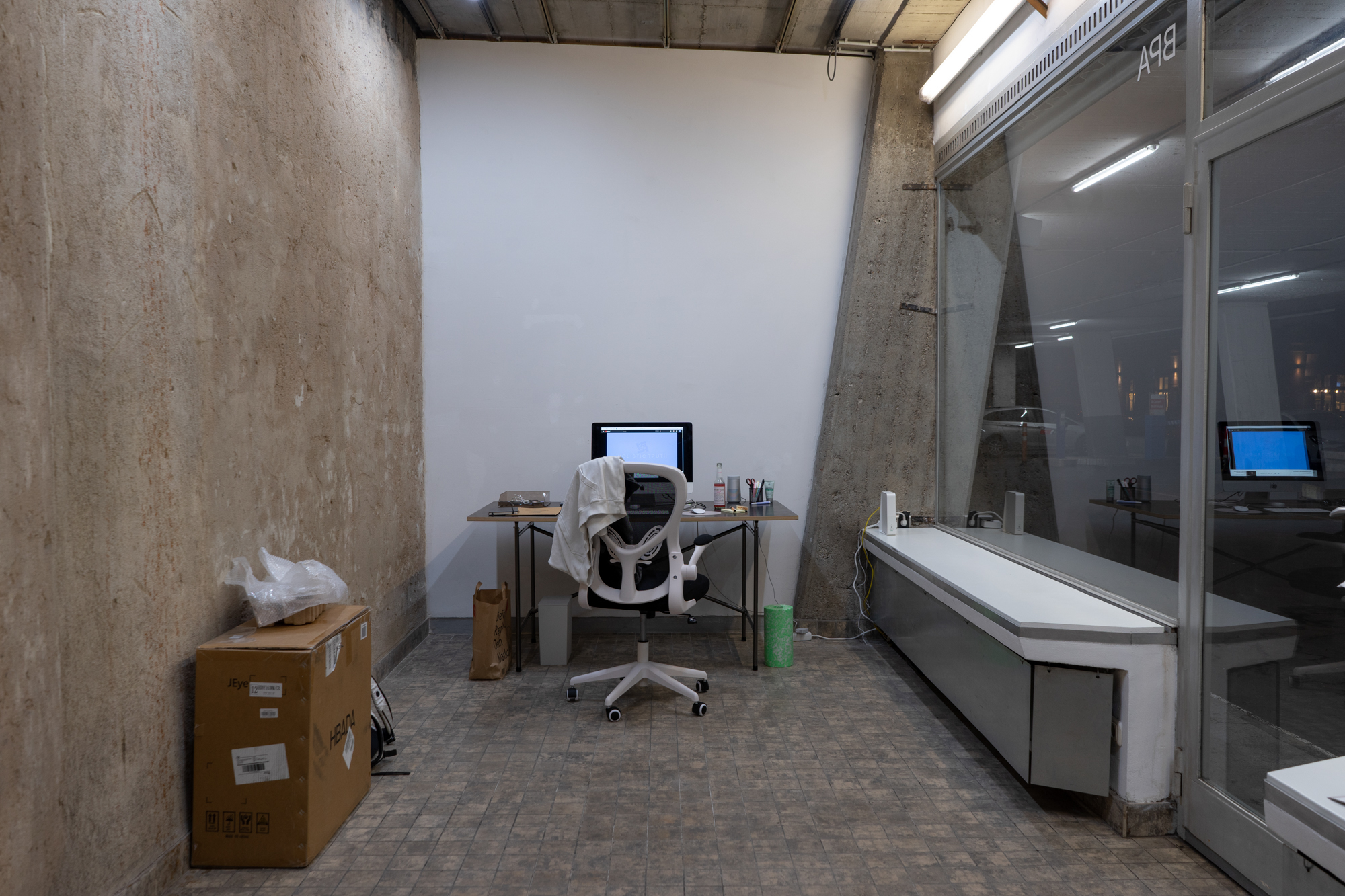 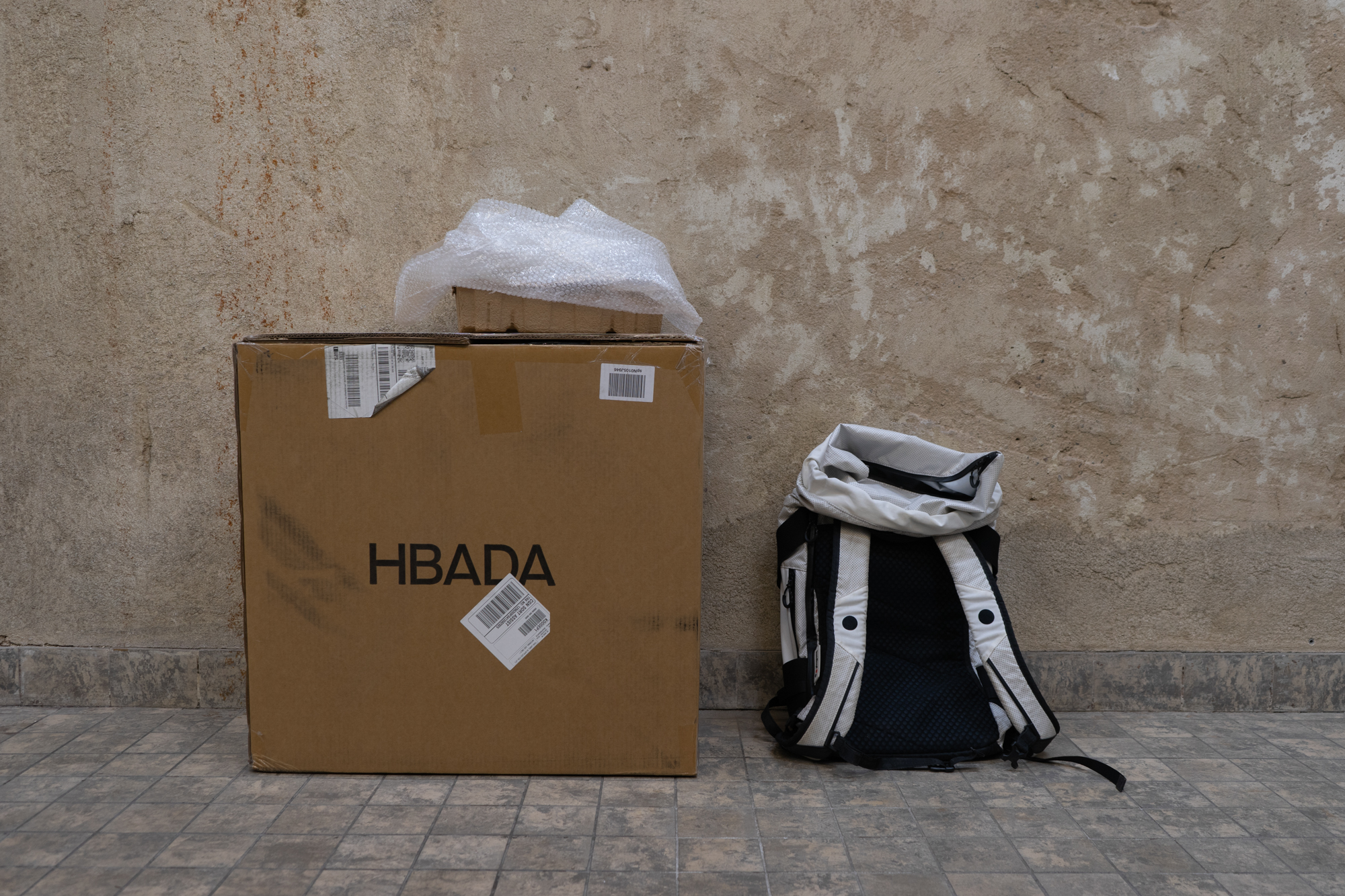 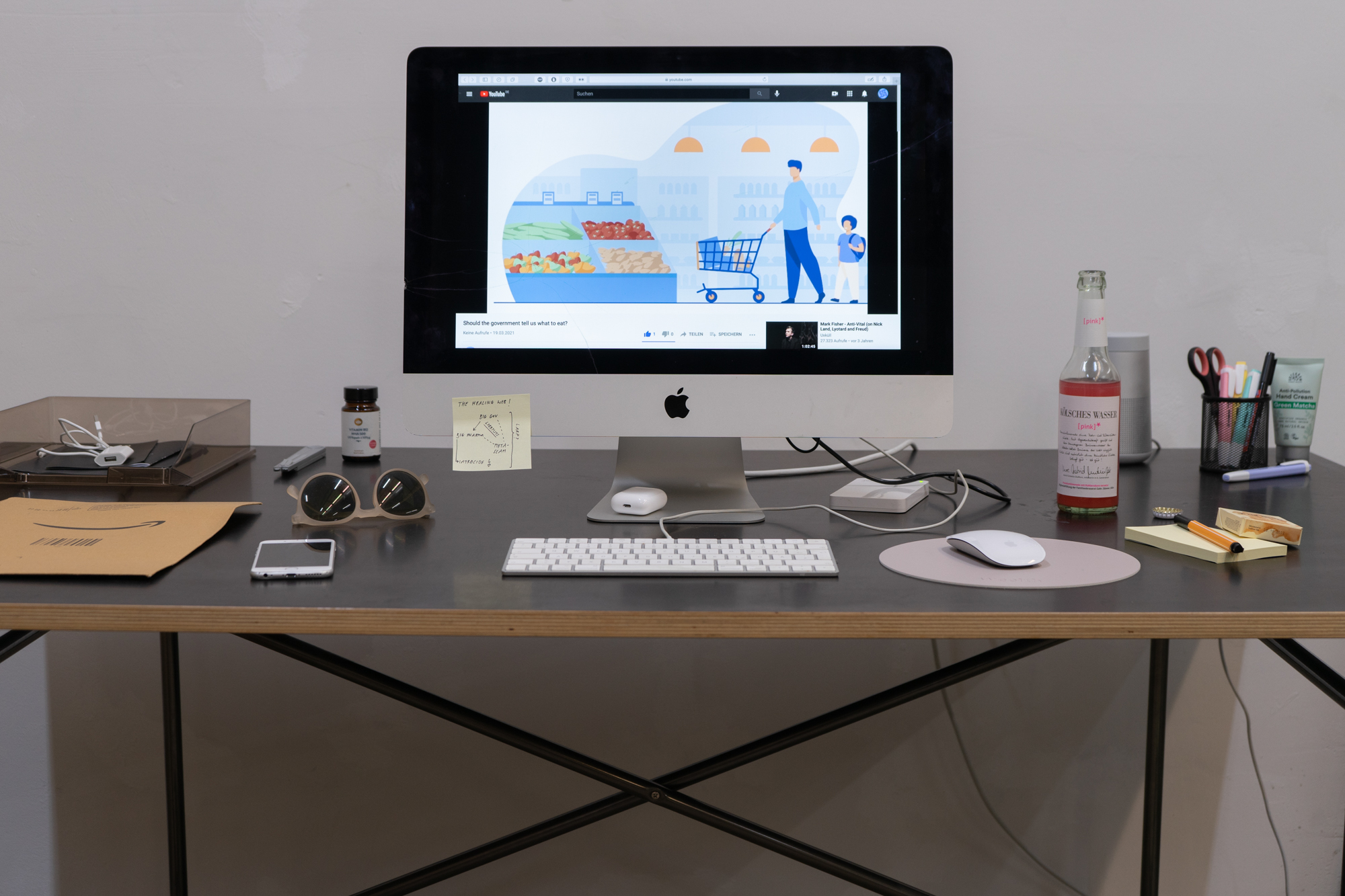 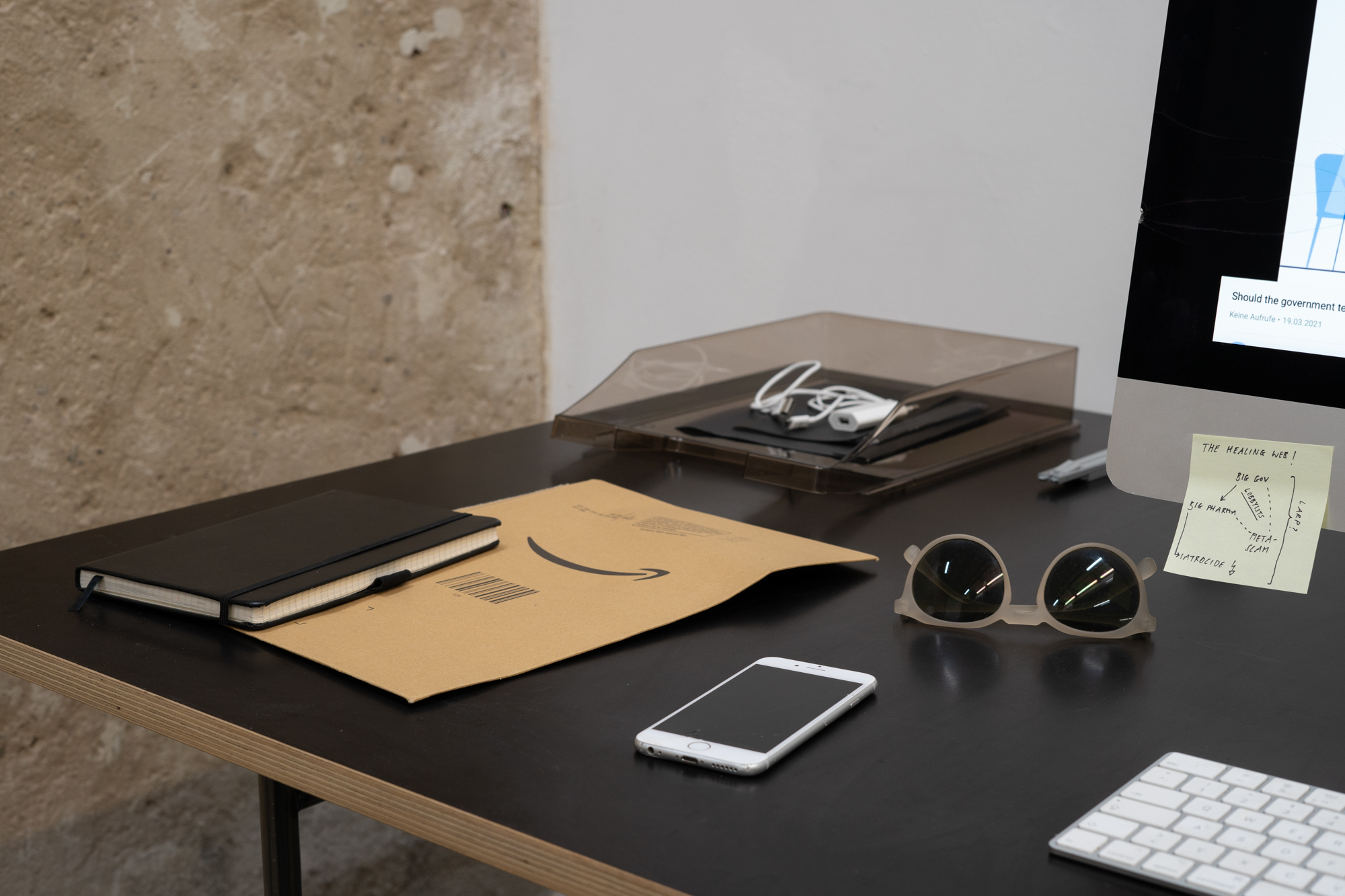 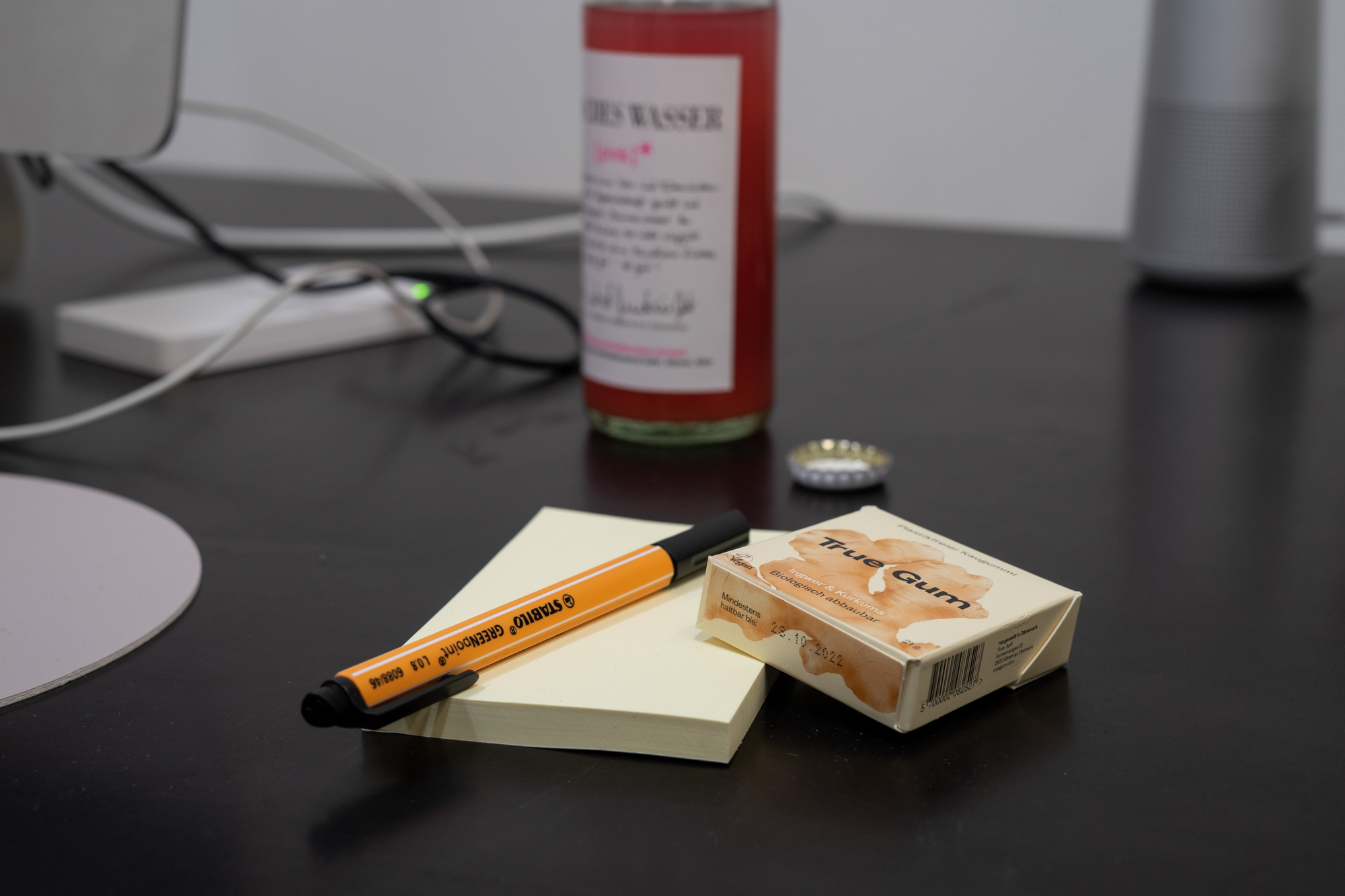 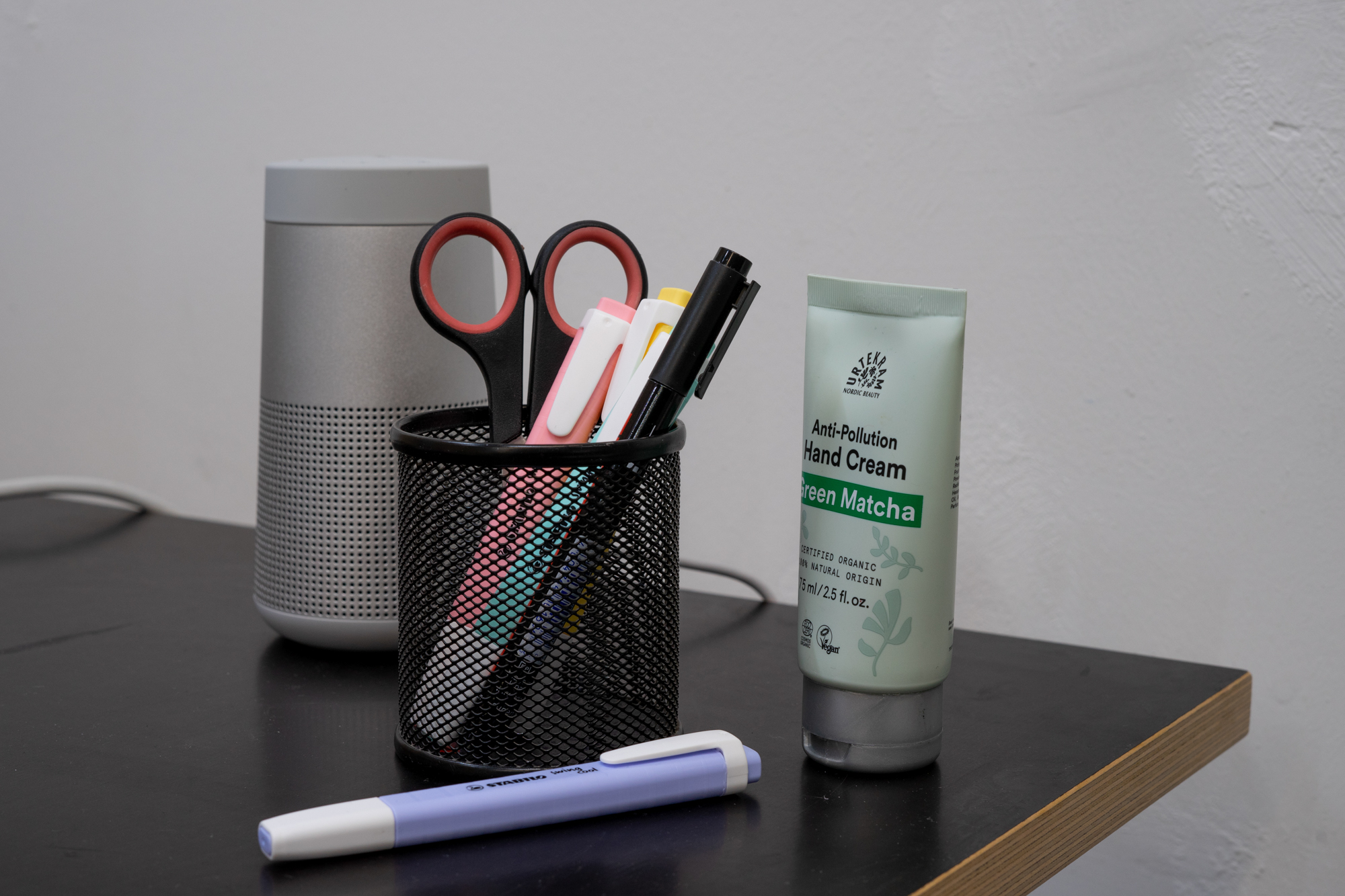 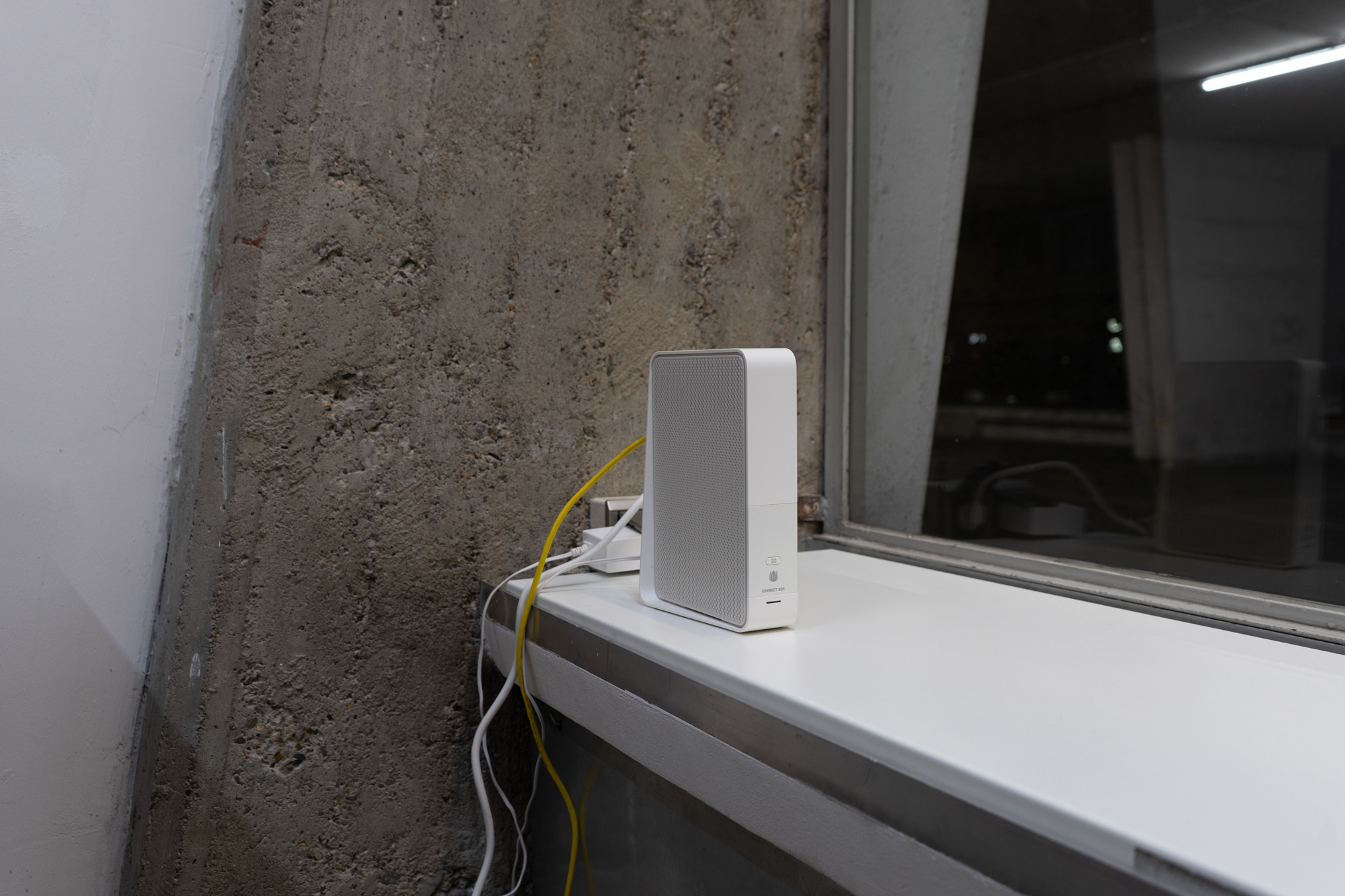 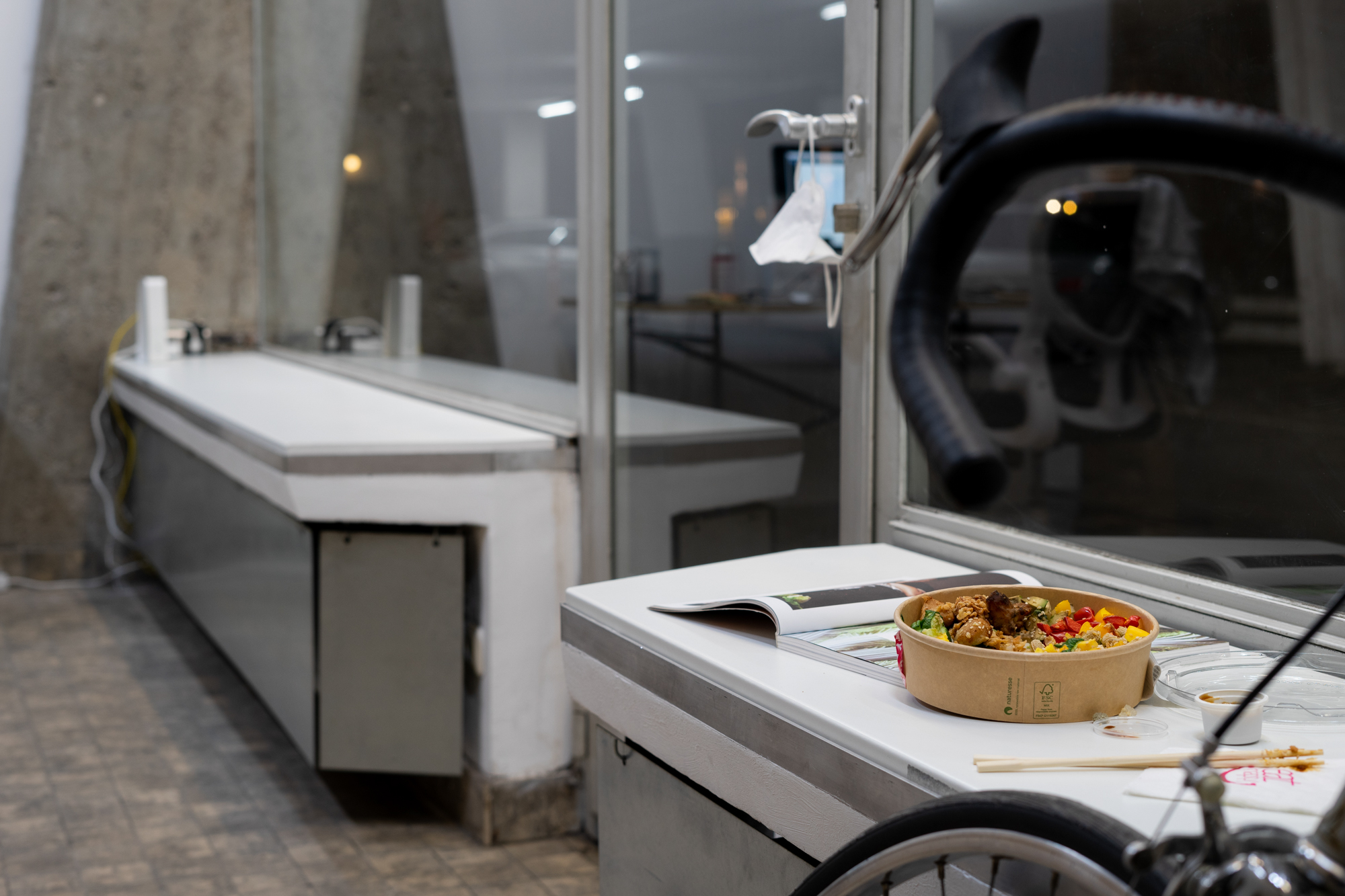 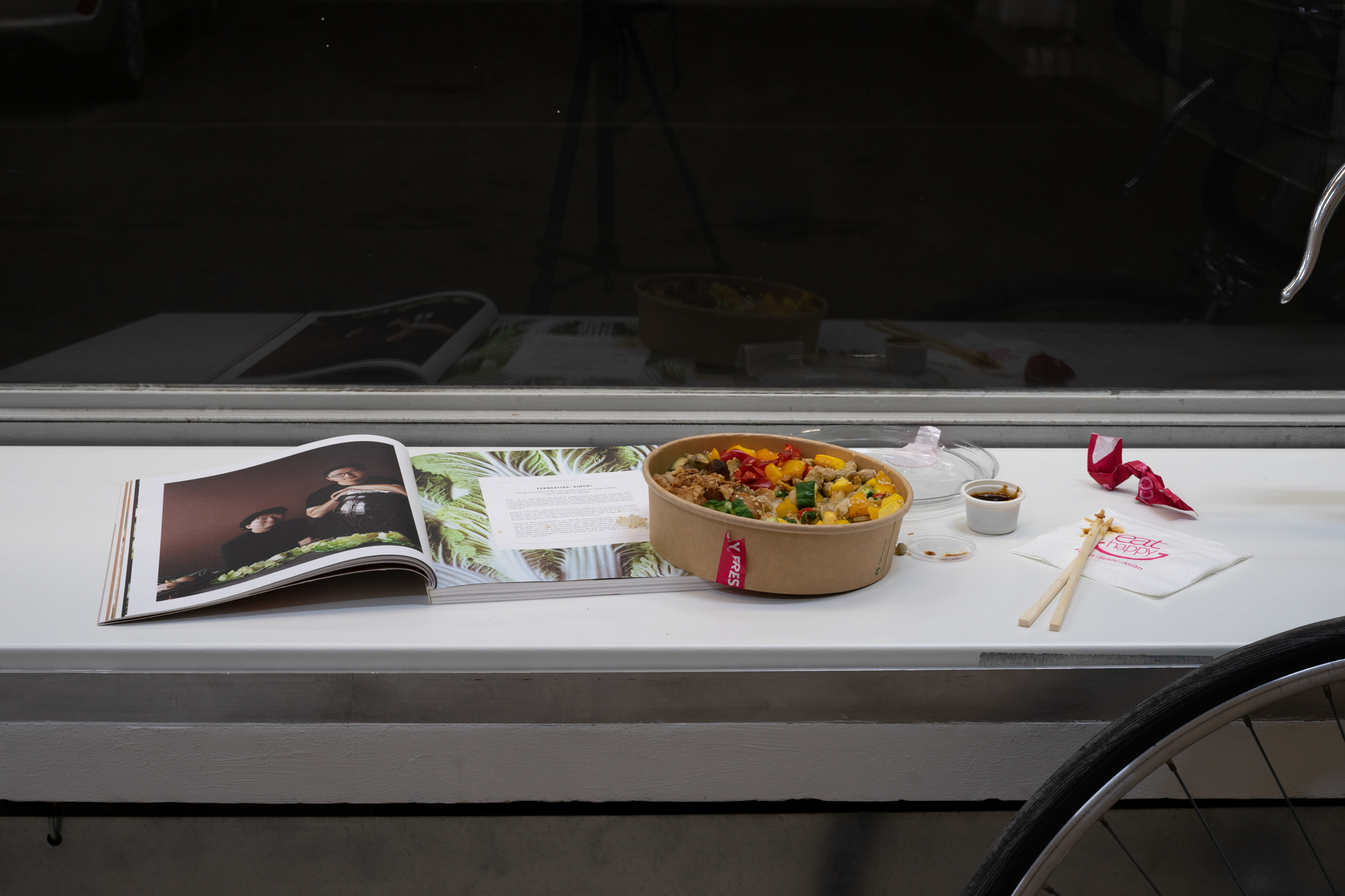 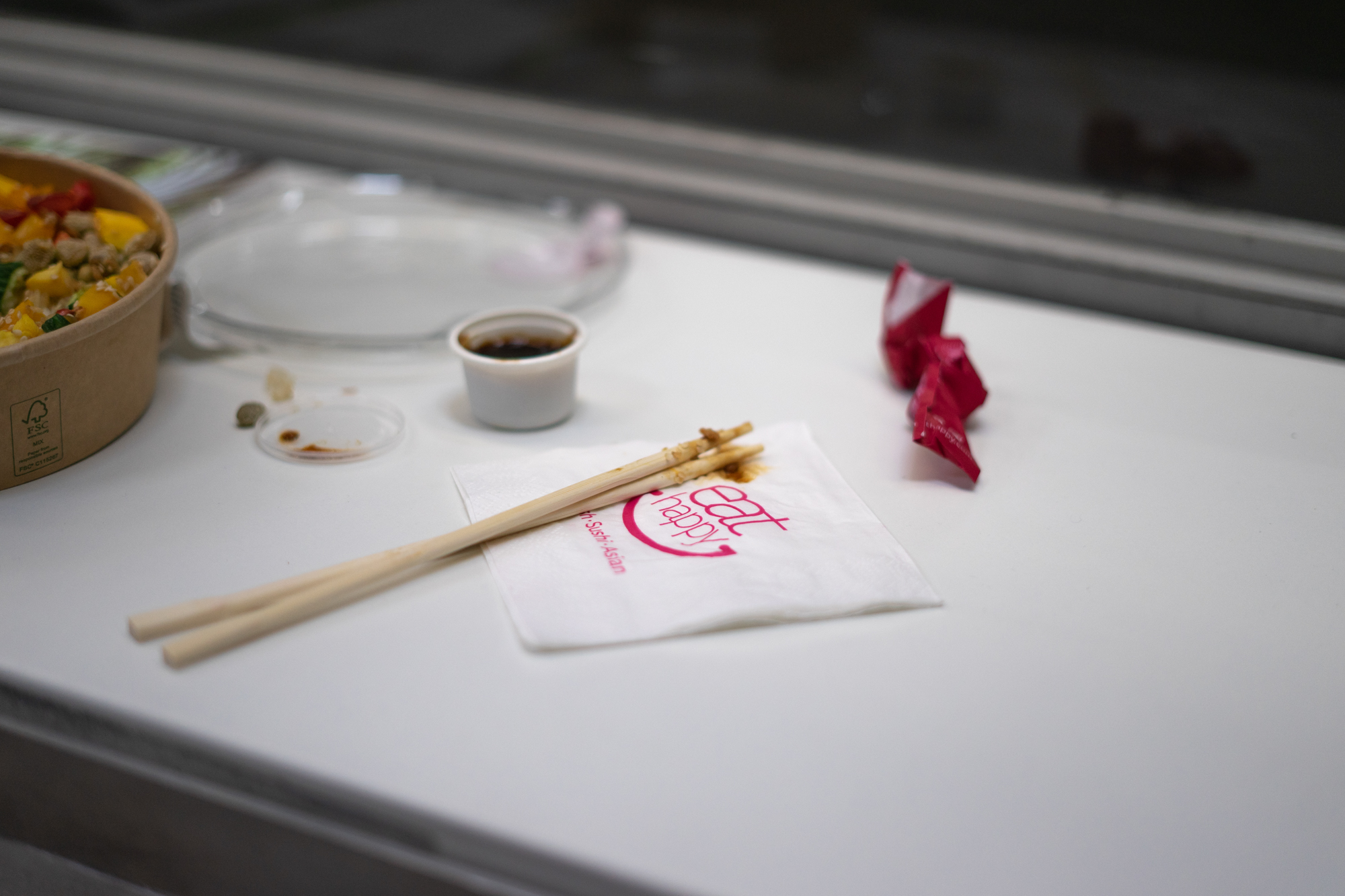 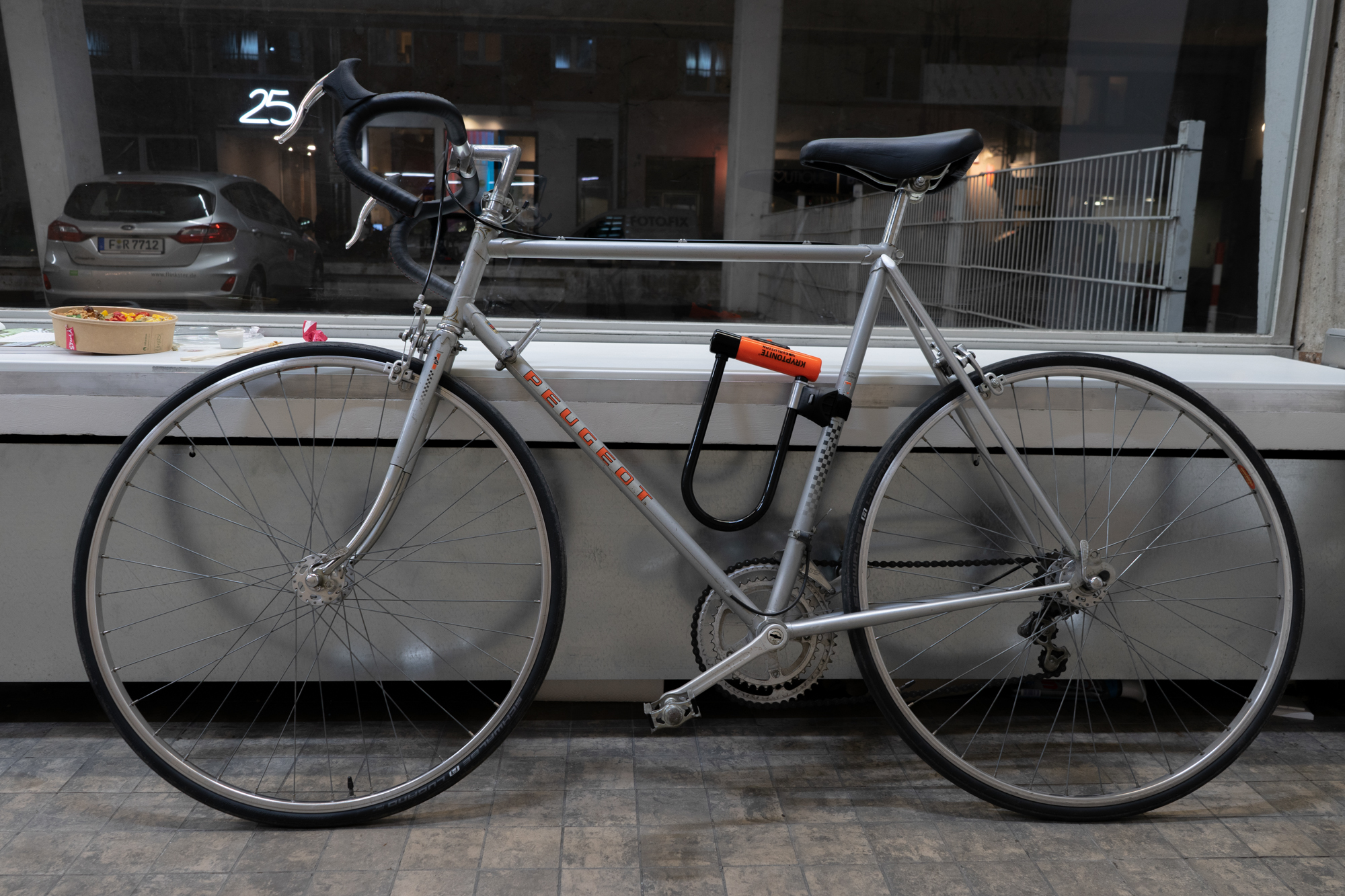 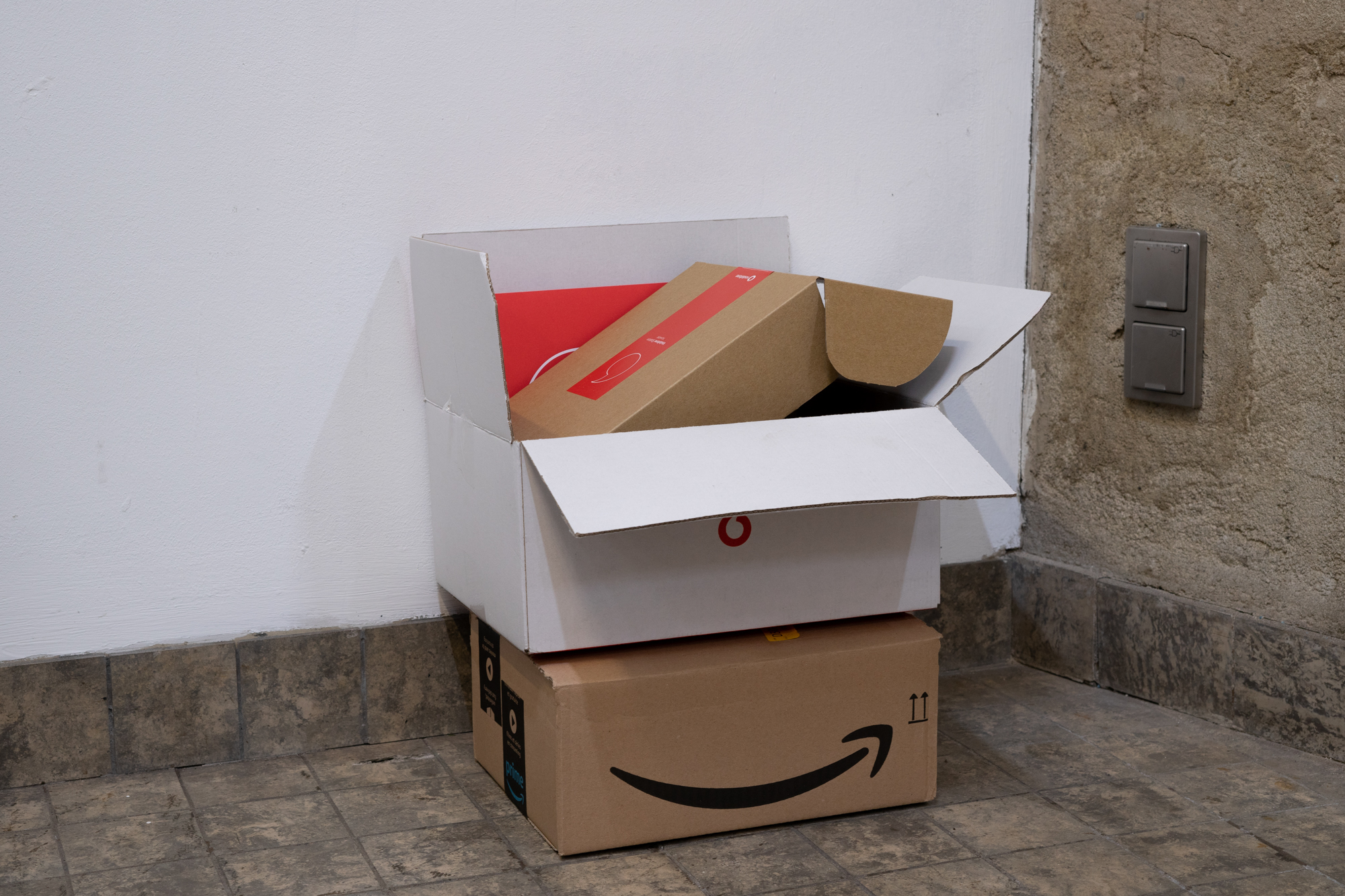 Yvo Cho & Günther Möbius, Beyond Conservatism: No More Rules for Life, Detail 11 at BPA.
All images courtesy of the artists and BPA Space.
We offer the following to you in loosely organized and preliminary form. Think of these fragments as analytic gambits intended to prompt or provoke further thought and discussion. Take them for what they are worth, which, we hope, will be more than nothing.
An illuminated space next to an interior design pop-up store that sells Memphis Style objects.
A storefront displaying a bootleg Egon Eiermann desk by Adam Wieland and a Hbada office chair.
A locked door and the apparent disappearance of a person. (observation)
The absence of memorabilia to identify the user. (assumption)
Nothing that confirms the incident of a LARP without an actor. (conclusion)
The voyeuristic desire to look at another person’s screen.
Simulating the habitat of an entrepreneur and his fragile microcosm of mundane tools and artifacts.
Provisional assemblages as aesthetic enhancements for a fictional stage that automatically become sculptures.
Is this a problem?
An explainer video on YouTube playing on a 27 inch Apple iMac.
Its female voice-over playing on a Bose Revolve II SoundLink that can be heard through the windows.
She reads her script in a trustworthy and educational tone as assigned.
She received $127 for 1180 words + $47 for a 24h delivery + $17 tip.

The fact is the sweetest dream that labor knows.
There are mysteries in that line, but the centrality of action to both living and knowing seems crucial. Only through work that brings us into the world do we approach a true understanding of existence, of “the fact.” The fact is a projectile, it cannot be denied. It’s not an understanding that can be put into words. It can’t be made explicit. It’s nothing more than a whisper. To hear it, you need to get very near its source. Labor, whether of the body or the mind, is more than a way of getting things done. It’s a form of contemplation, a way of seeing the world face-to-face rather than through a glass. Action un-mediates perception, gets us close to the thing itself. The antithesis of transcendence, work puts us in our place.

From Global Village Coffeehouse to Corporate Memphis:
The rapid acceleration of globalized greenwashing in the late ‘80s contributed to the dispersion of GVC design, as it heralded a new wave of imperialism in the form of corporate exploitation of ‘emerging countries’ and global cultures. In the 1990s, Western nations developed a fascination with various global cultures through their increasing visibility in media and consumer products. This overall zeitgeist manifested itself in the appropriation of iconography previously associated with both ancient and Indigenous cultures.
The worldly style has become a recurring souvenir for the failed predictions of the harmonious ‘global village,’ the romanticization of colonialism, and the dark legacy of neoliberal globalization – distracting from the exploitative nature of the production line. A few decades later, the idea of the global village is reviving. It was reinforced by Tech companies like Apple who began to drop elements of their iconic skeuomorphic design in favor of a flattened user interface. The limited color palette and lack of depth offers a uniquely uncomplicated view of the world. The figures are abstracted – oversized limbs and non-representational skin colors help them instantly achieve a universal feel of joy.
Aggressive Inoffensiveness. The style appears to serve as the illustrative arm of an intentional deployment of cheerful minimalism to mask the insidiousness of multinational tech corporations with friendliness and approachability. It allows these companies to offer the illusion of a world without hierarchies, where users are afforded the same access and privileges as those who control the platforms. The style depicts a world whose problems are already solved, built out of complementary components. It's a deliberate oversimplification of social interdependencies. Another factor in the promotion of Corporate Memphis are the vast image databases for vector graphics such as FreePik, UnDraw, or Adobe’s vector art library. These platforms have played a massive part in letting non-illustrators co-opt the Corporate Memphis style for themselves, proliferating lazy variations and interpretations of the style. A few visual features of the sub-styles still reminiscent of CM are appropriated, but the underlying agenda of inclusion and universal identification has been left aside for the sake of targeting a more specific audience.

An extinction event for Narratives:
The pacing of the movie is accelerating. The movie is transformed into a series of snippets, clips, lines, gifs which float around independently of the whole. The digitized artifact is the artifact that has, for all intents and purposes, surrendered its integrity. Authority is lost on us.
Explainer videos though put themselves in the interspace between the messiness of the database and the authoritative reliable Narrative. They dress as a proposal for enlightenment; an alternative truth.
Trivialized and condensed flows of information, short and memorable, easy to digest, with quick cuts, zippy graphics and vivid sound effects.
Who owns the means of communication? – an investigation:
Upon this gifted age, in its dark hour,
Rains from the sky a meteoric shower
Of facts . . . they lie unquestioned, uncombined.
Wisdom enough to leech us of our ill
Is daily spun; but there exists no loom
To weave it into fabric
Illiteracy. Incomprehension. Simplicity. Stupidity. As meaning is lost, the materiality of words becomes obsessive, as is the case when children repeat a word over and over again until its sense is lost and it becomes an incomprehensible incantation.

Temporalities of health:
Time is a powerful but under-examined element in healthy lifestyle advice, particularly in the promise of stable states of future health achievable through sustained lifestyle change. But such linear, sequential time frames reinforce notions of rational choice, personal control, and responsibility despite common experiences of diet and exercise regimens as non‐linear, effortful, and difficult to maintain. An over‐simplification of time thus contributes to the logic of blame when people fail to achieve healthy lifestyle goals, producing spoiled health identities and abject bodies as people struggle to sustain what can be unsustainable.
Tags BPA Space, Cologne, Günther Möbius, Lazy exhibitions, Yvo Cho
Newer Post Older Post Home