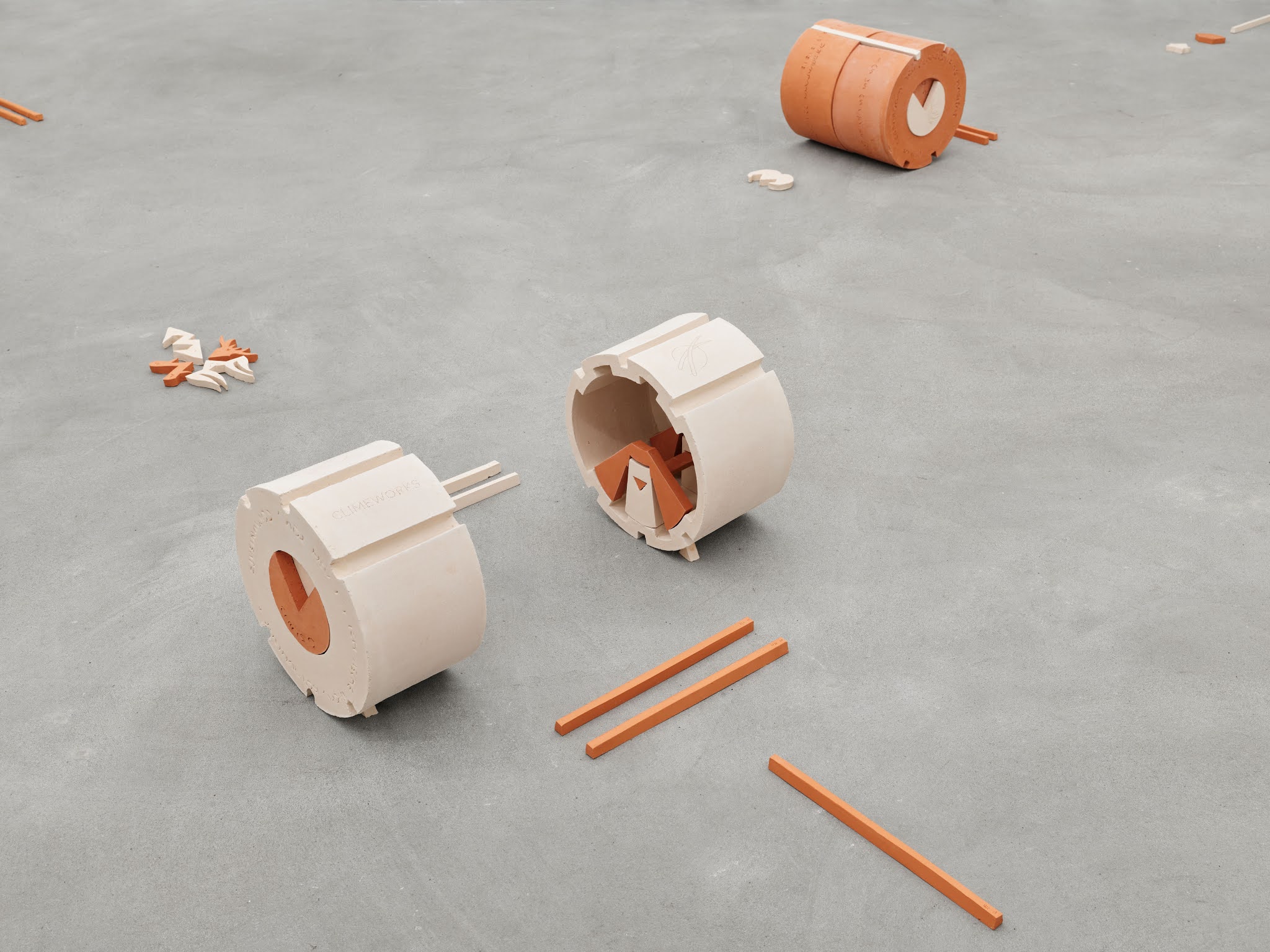 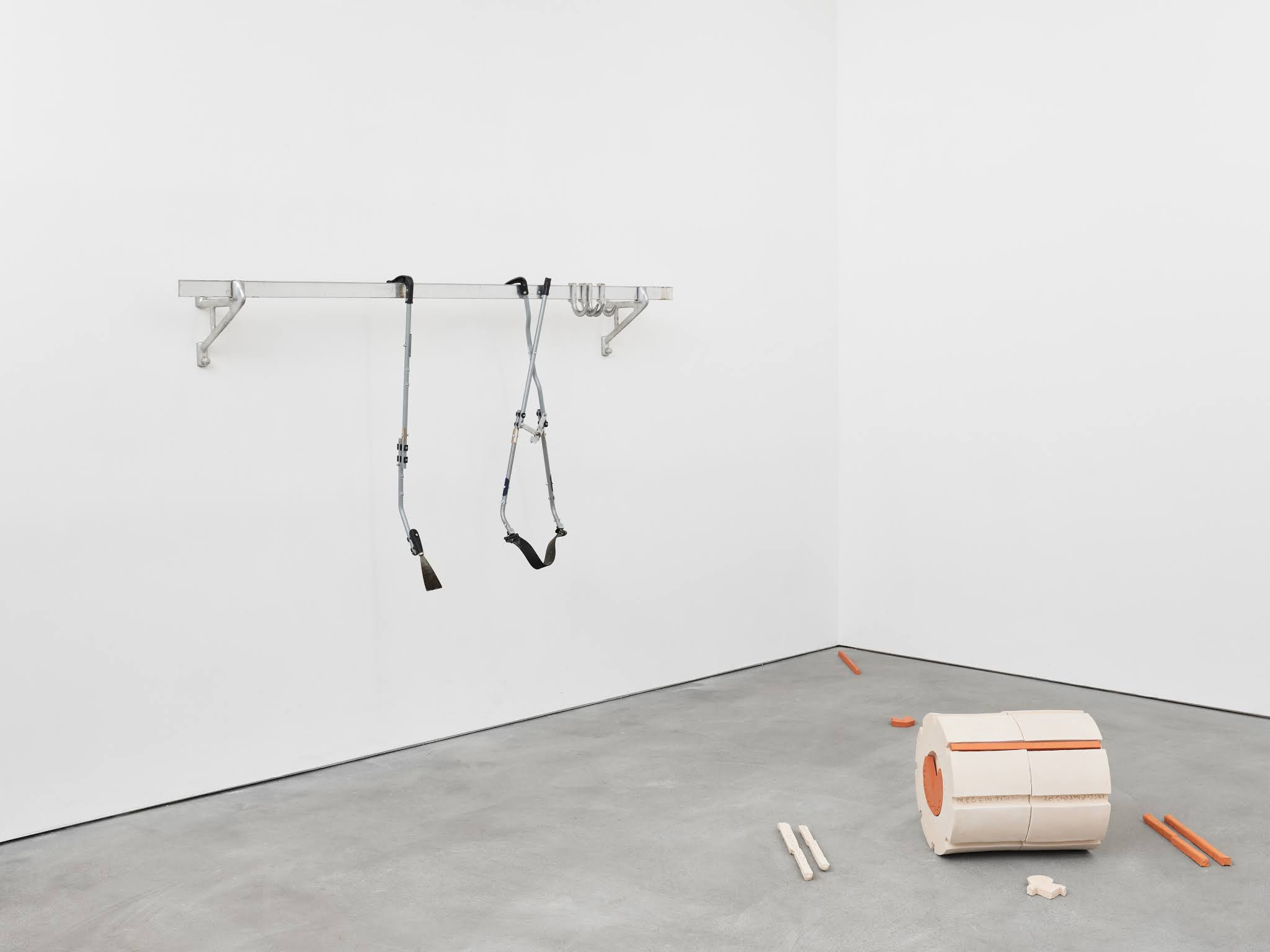 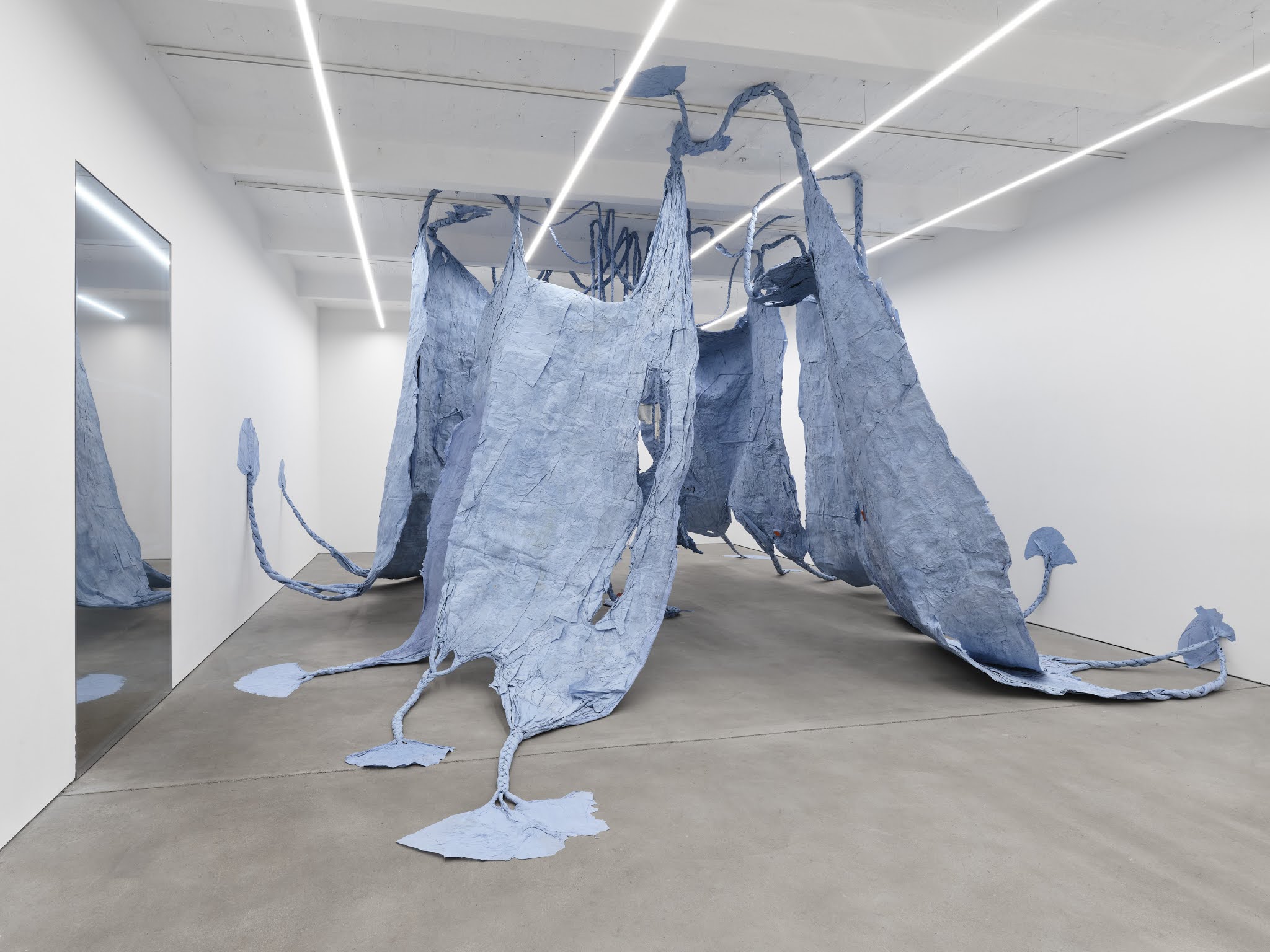 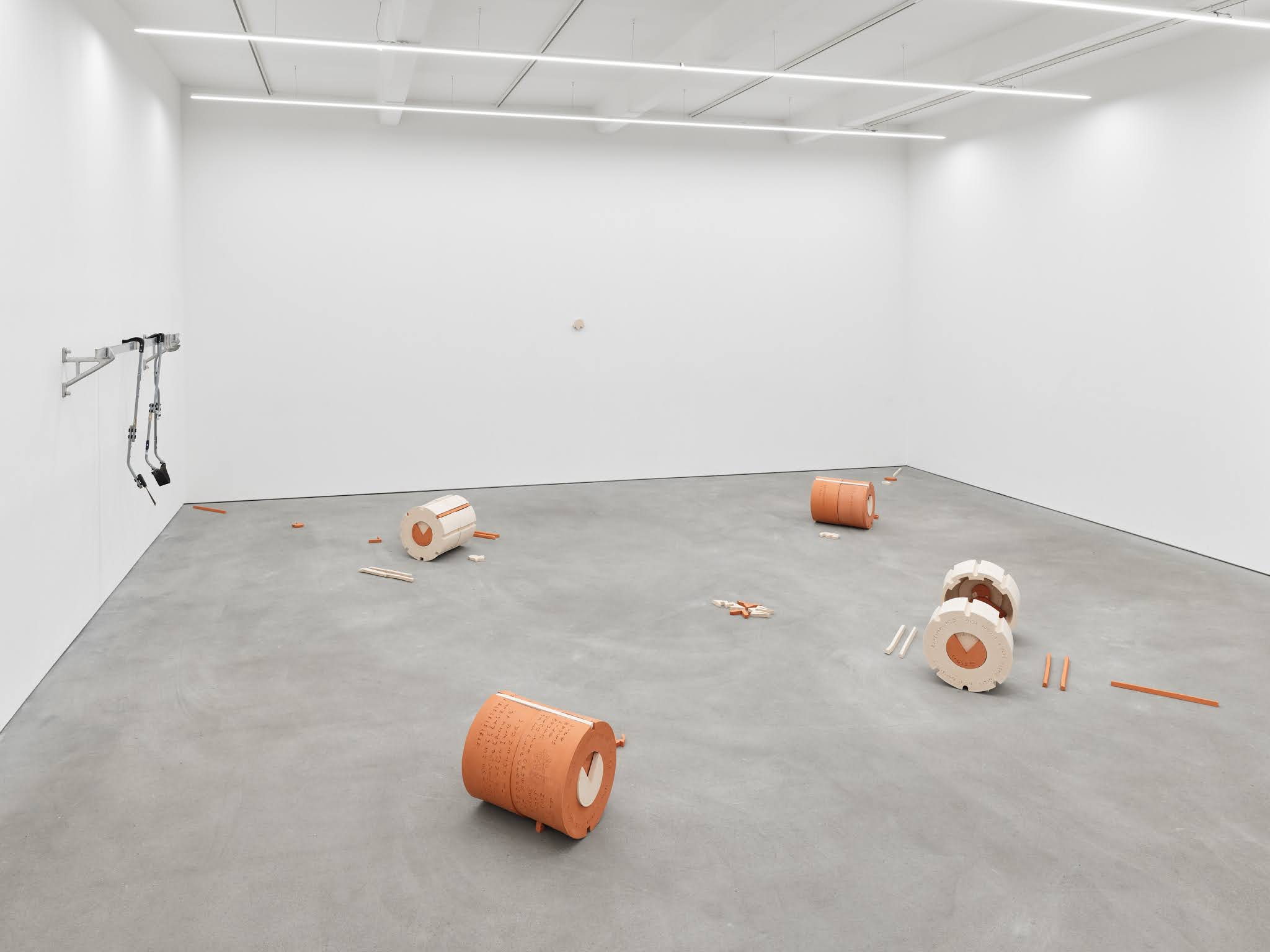 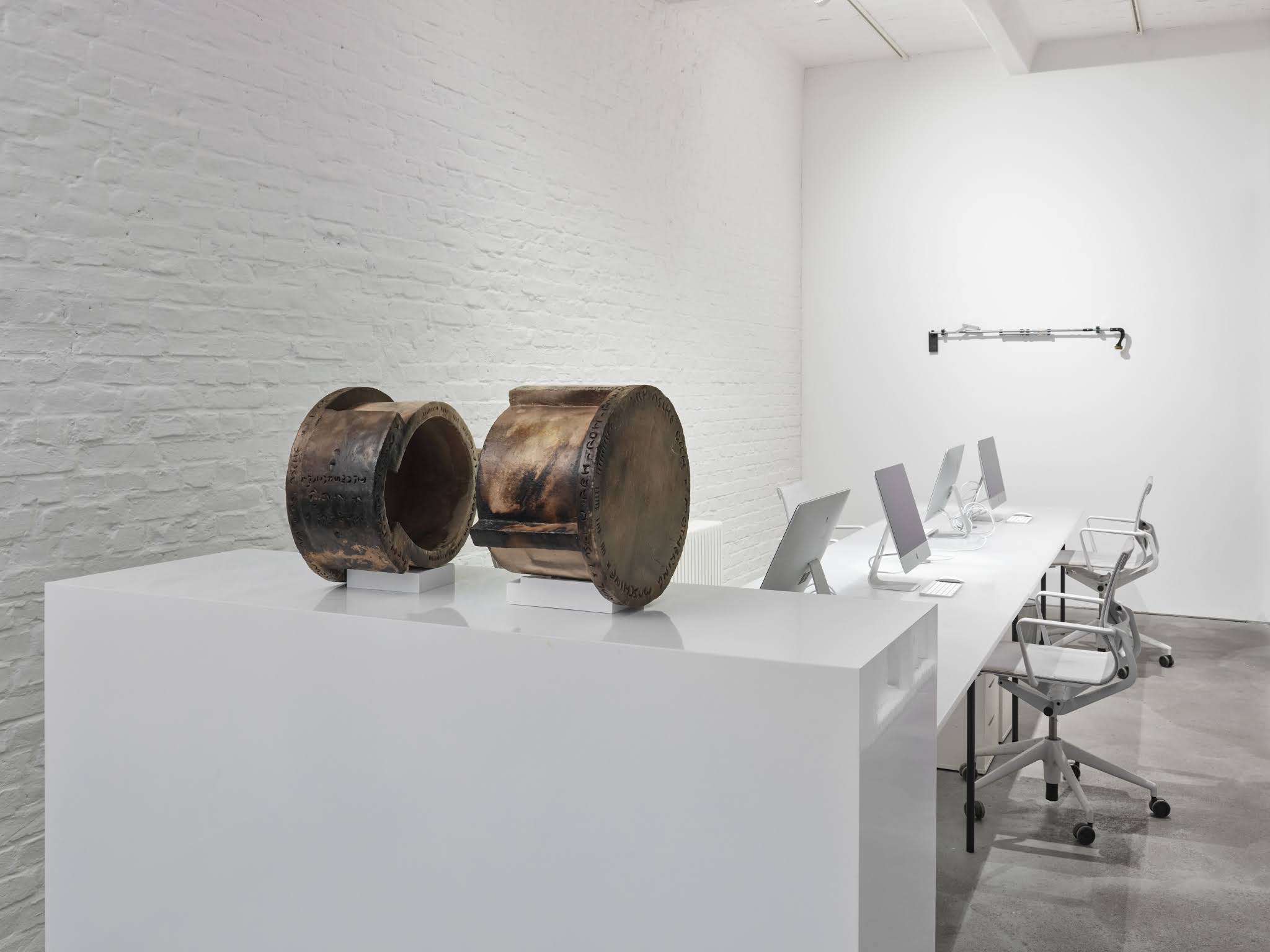 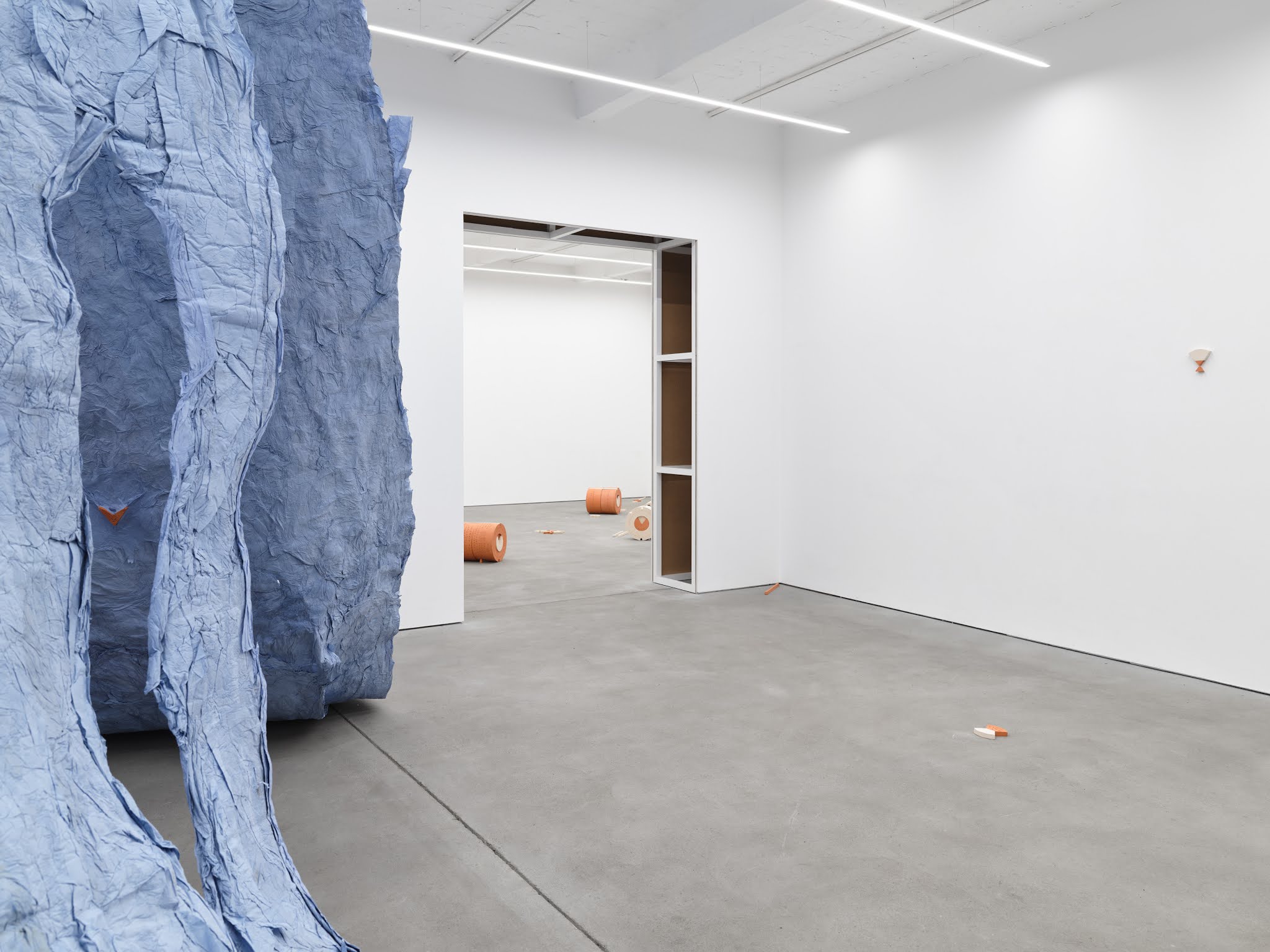 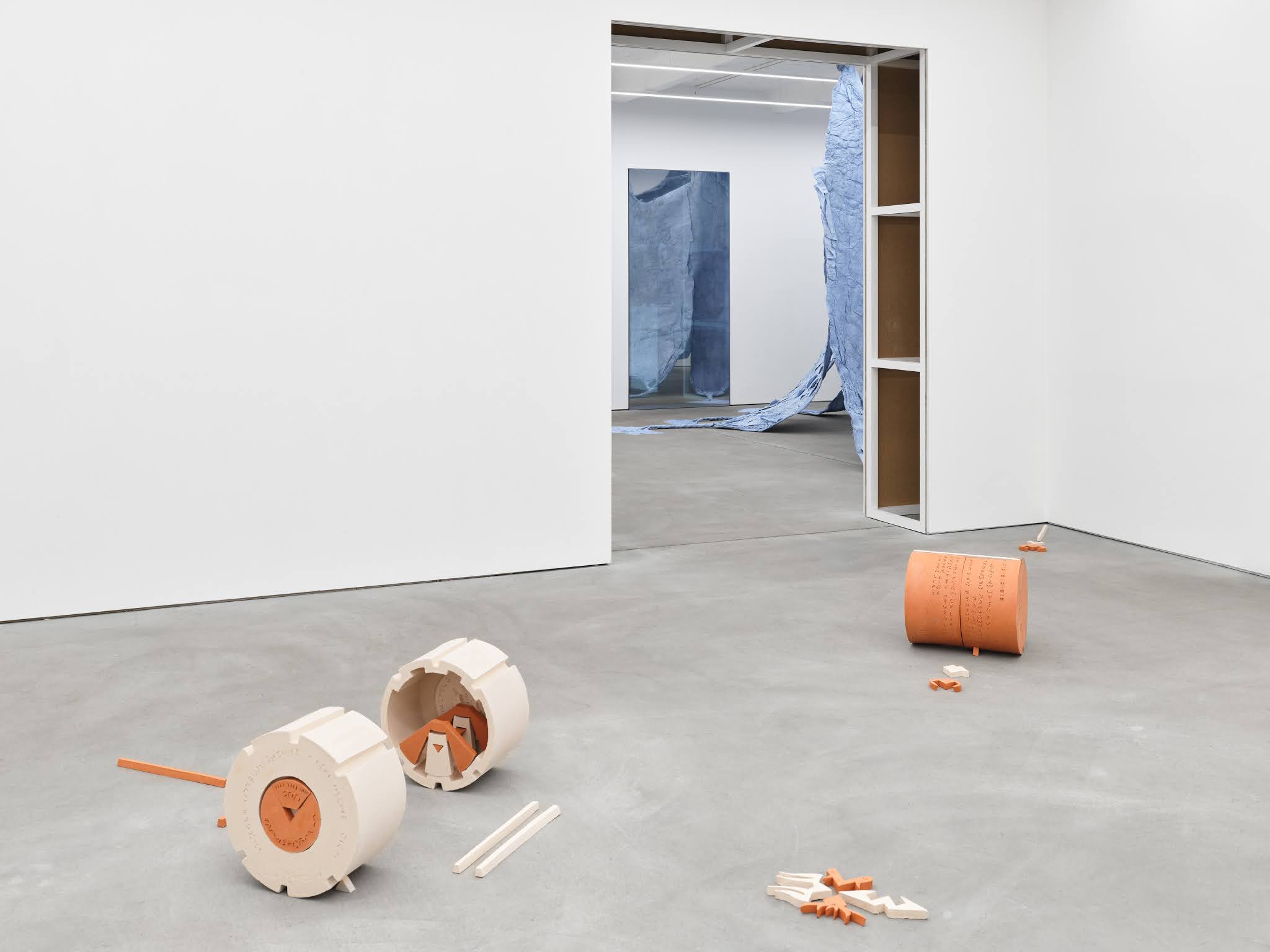 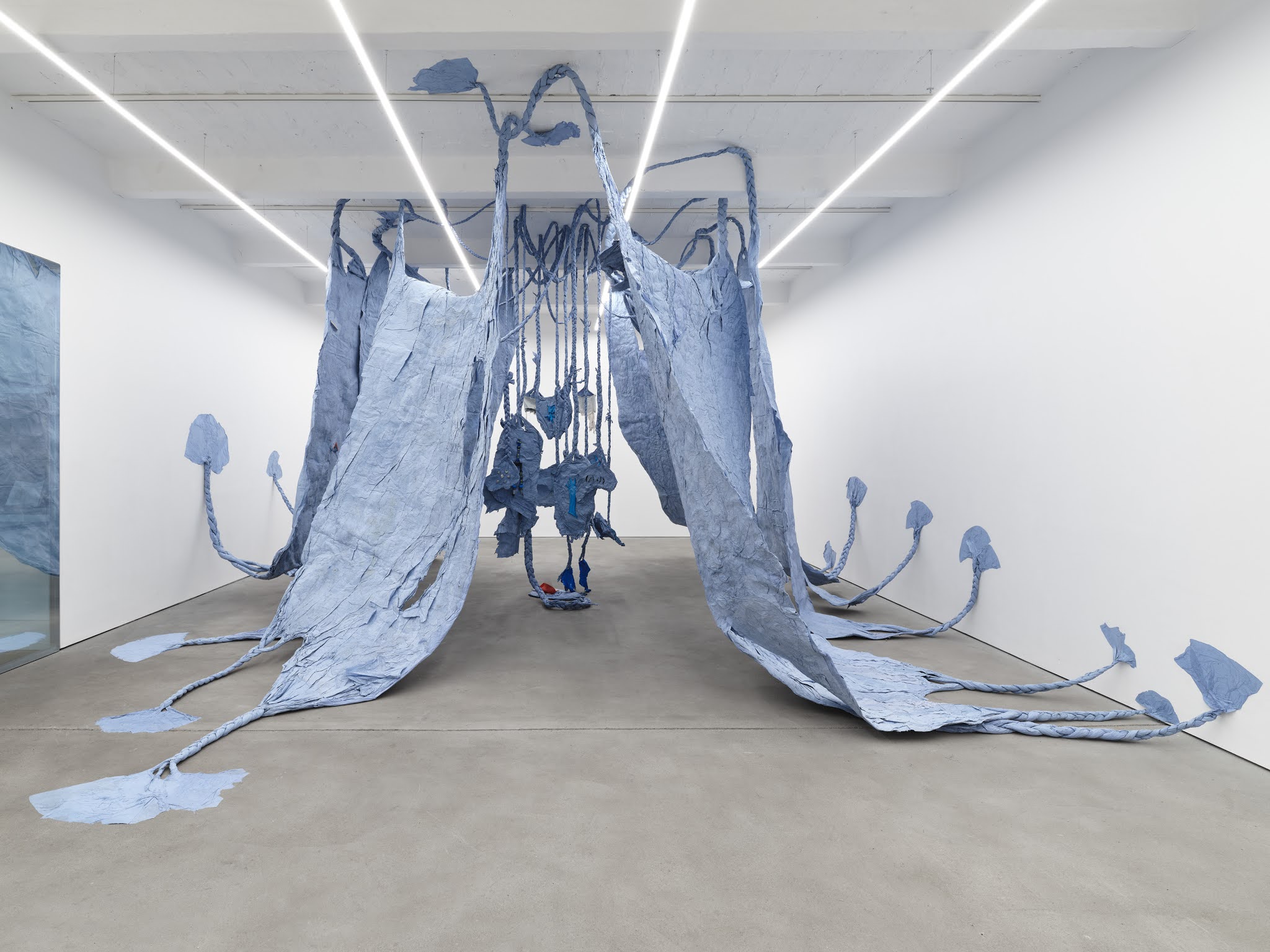 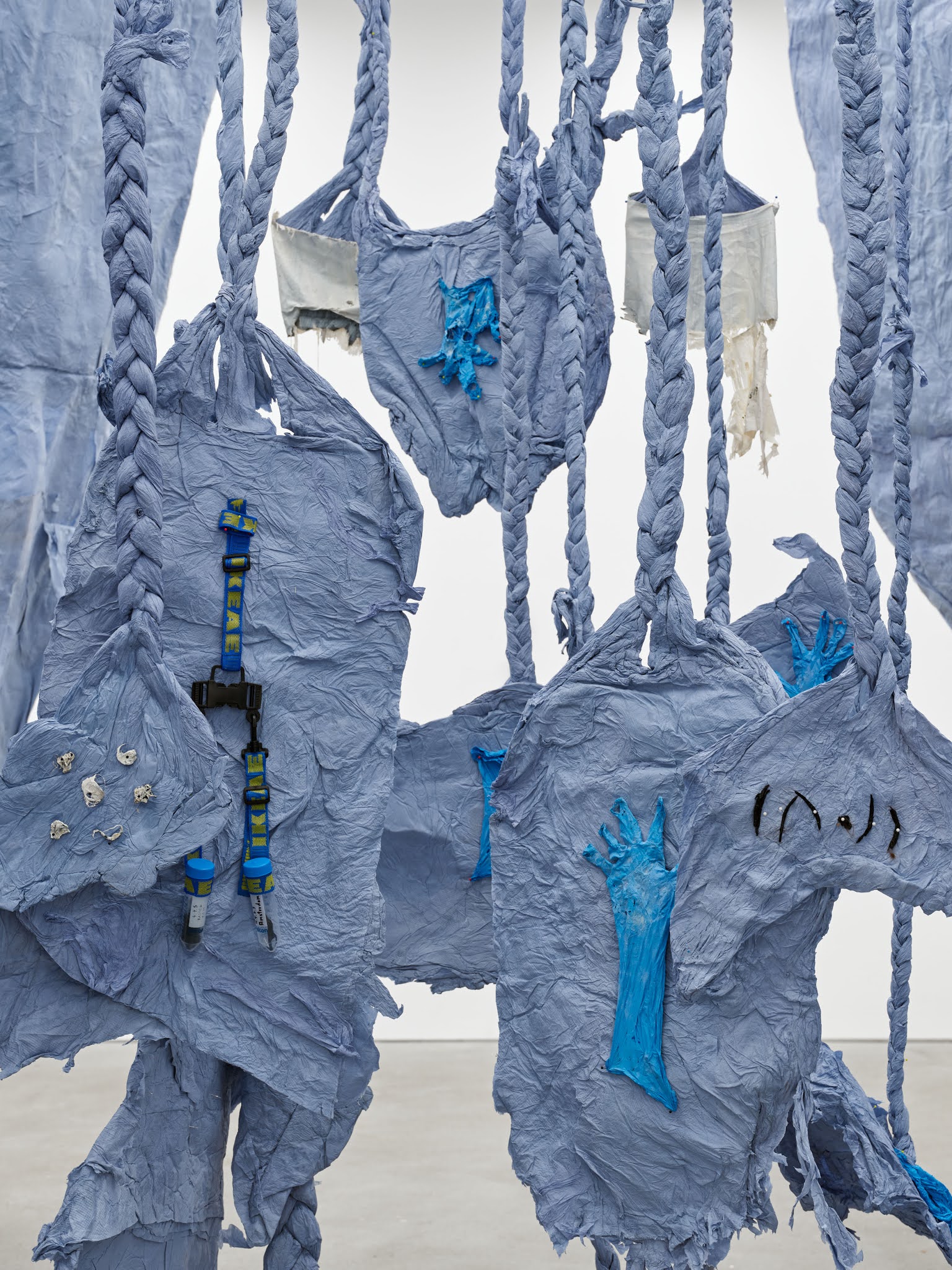 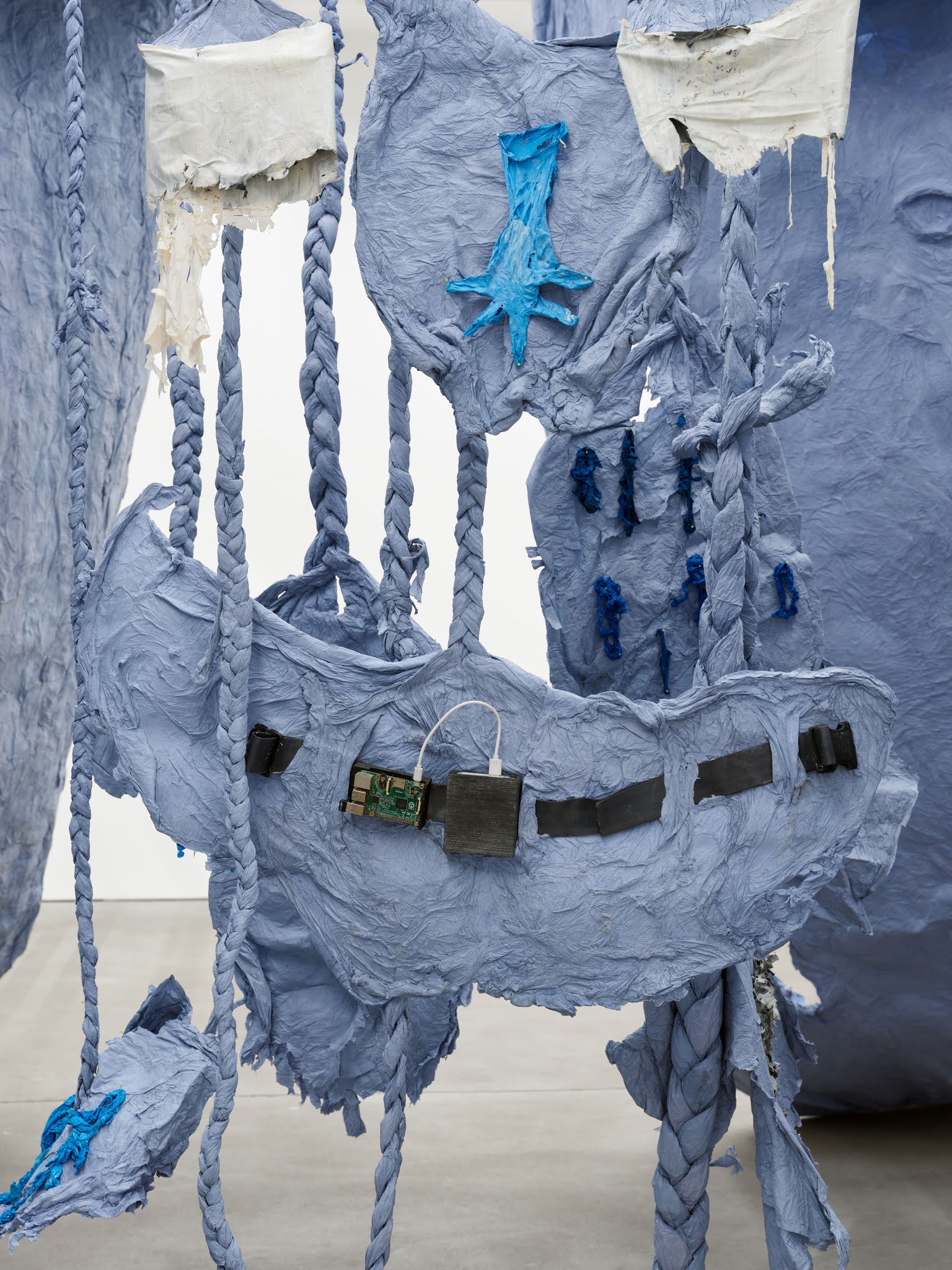 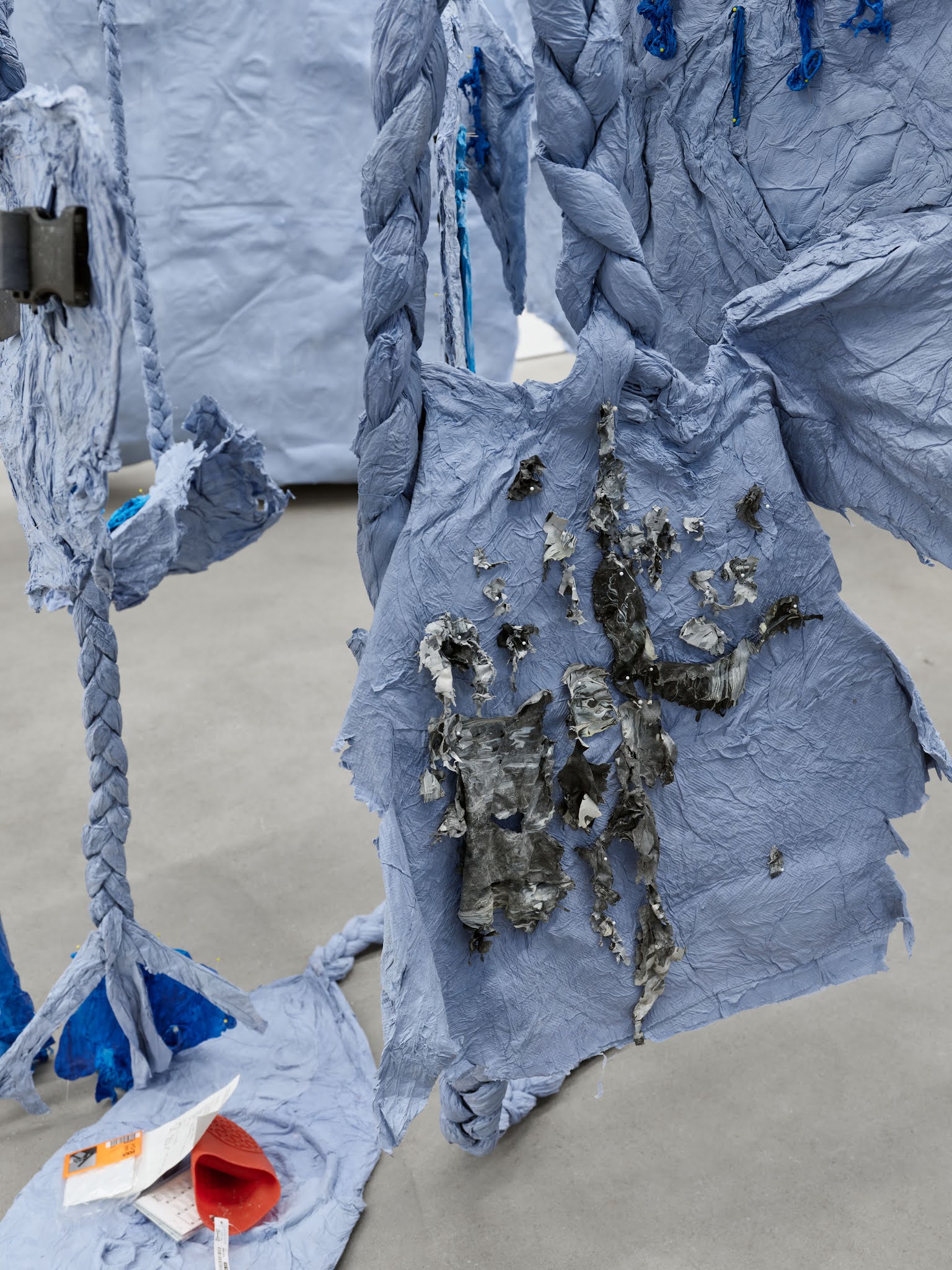 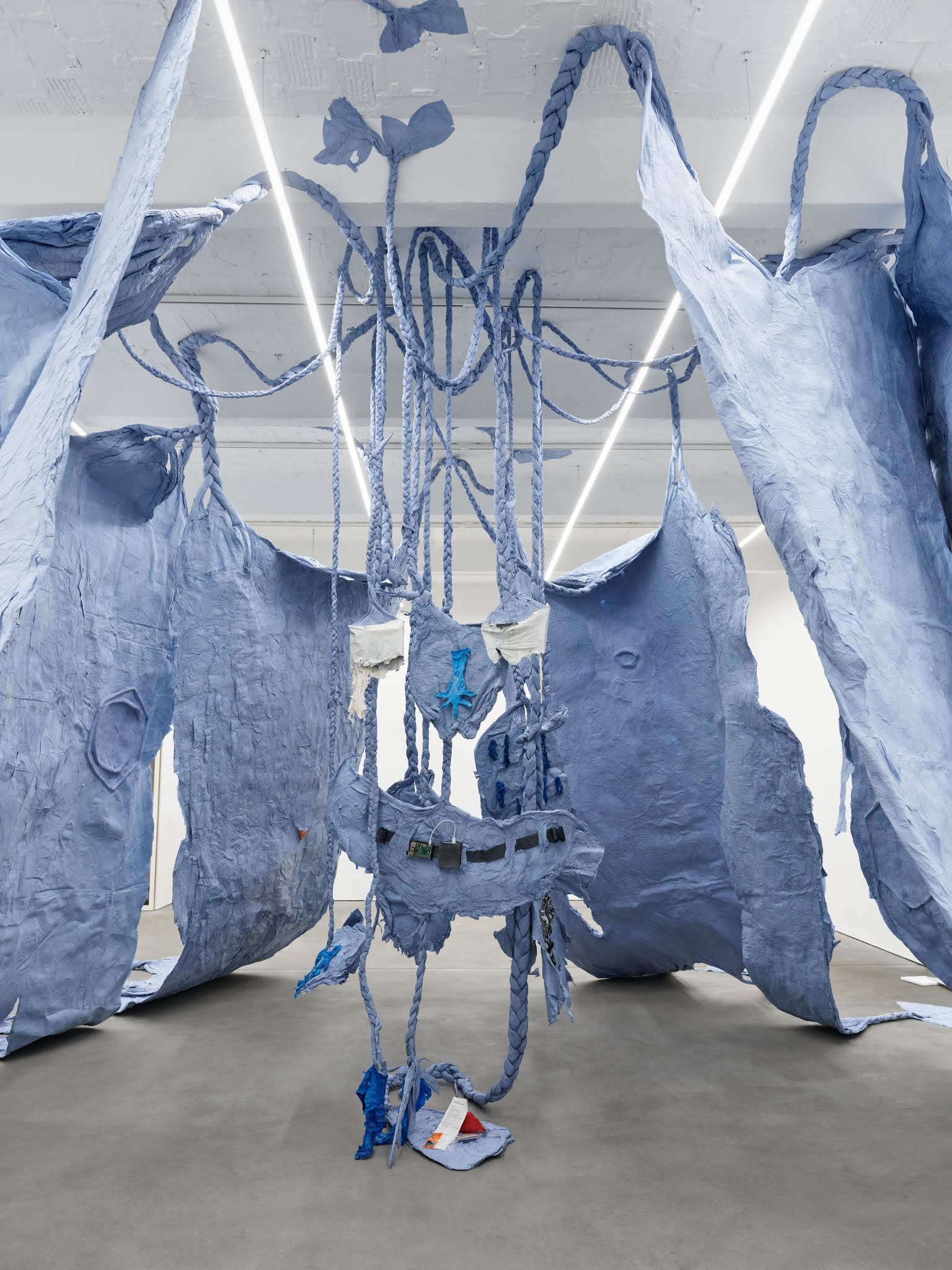 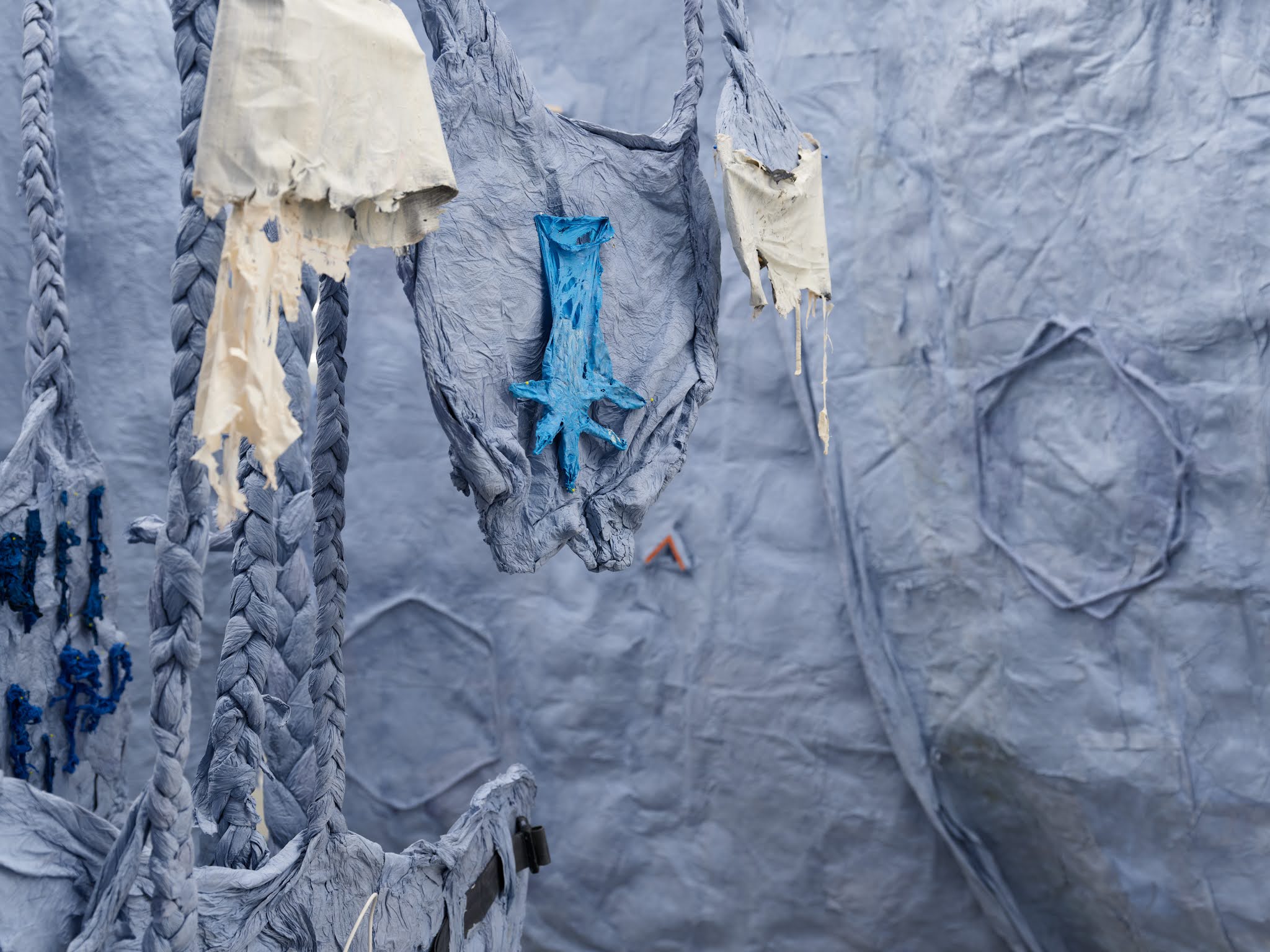 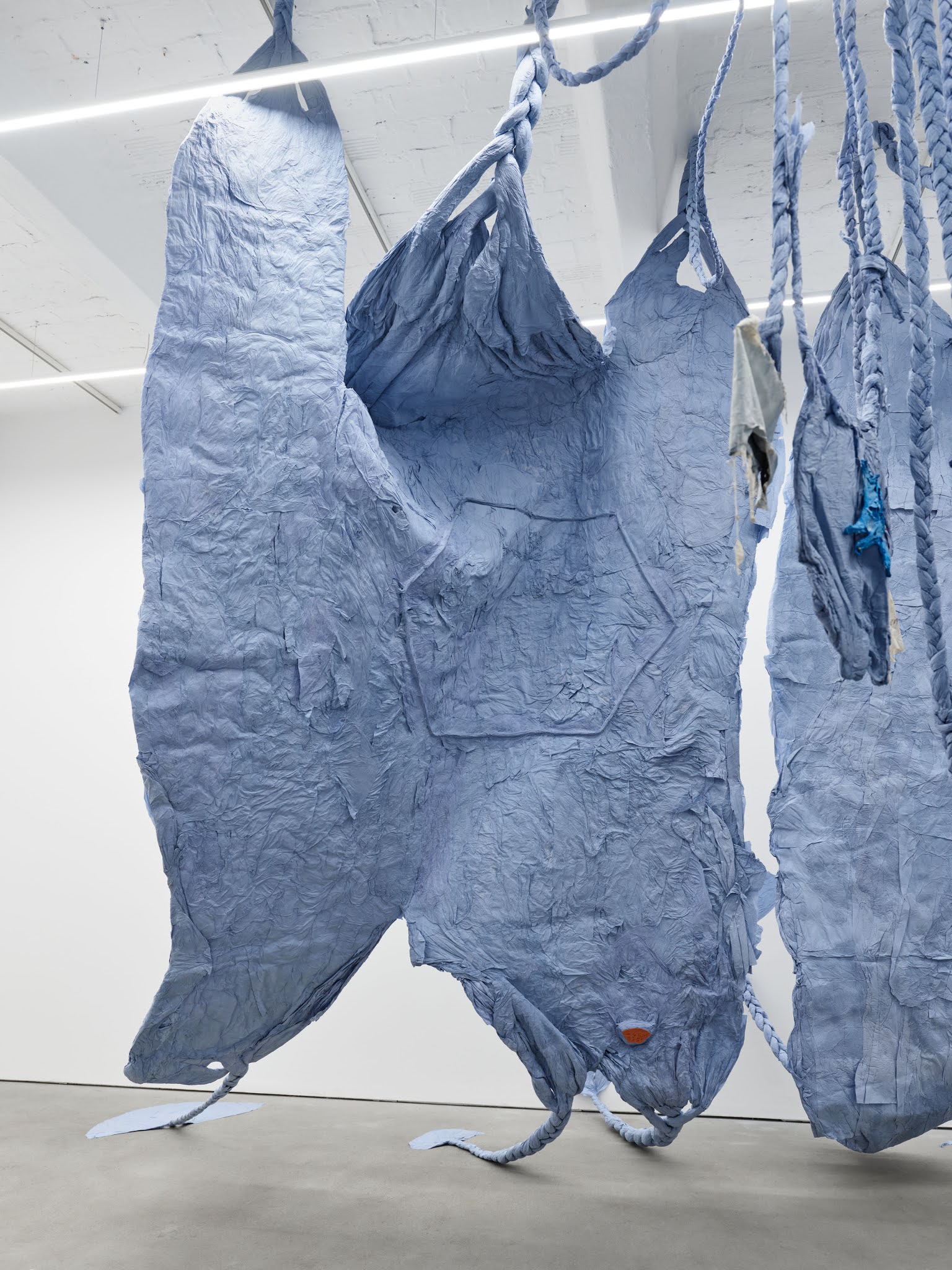 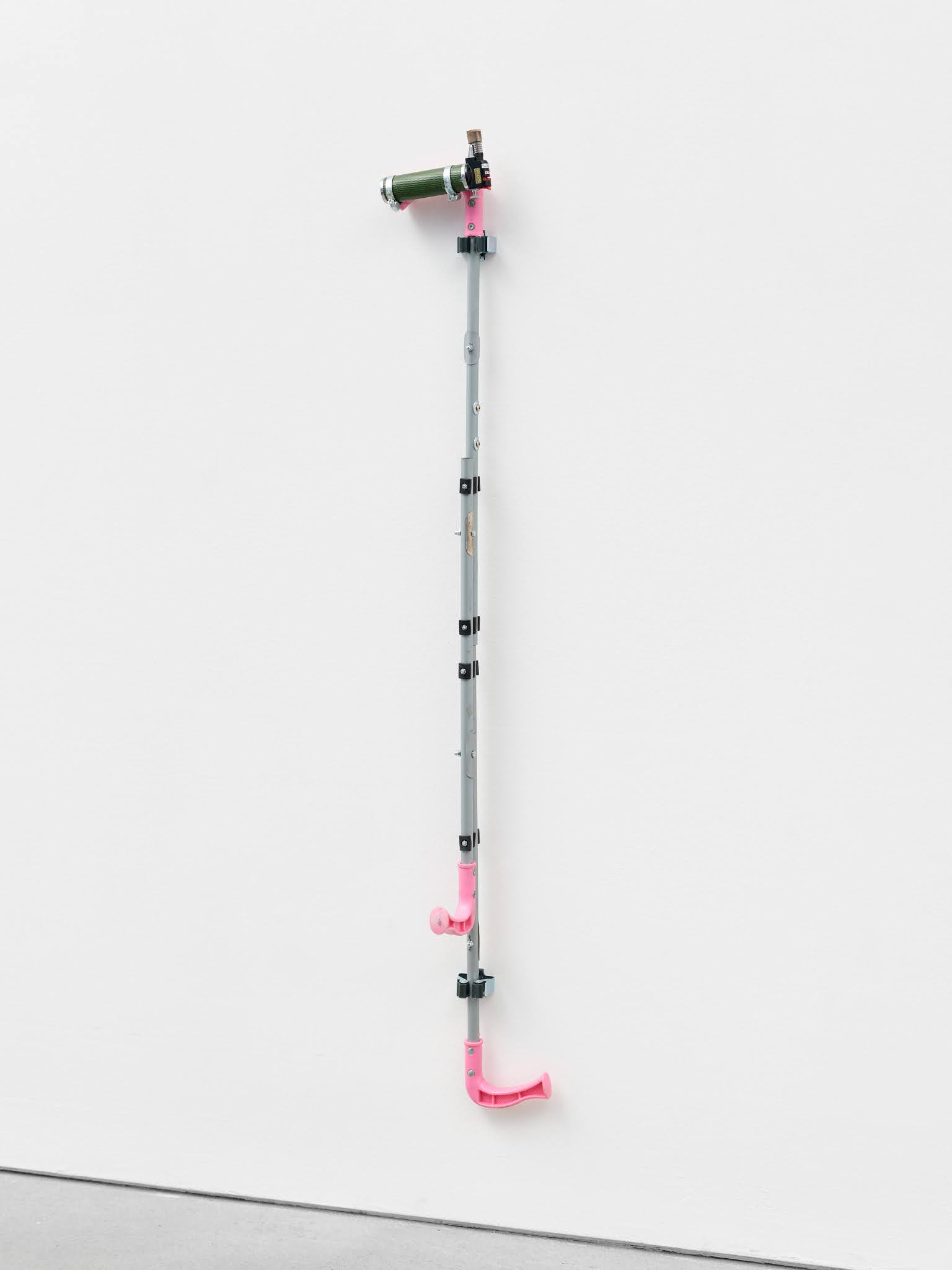 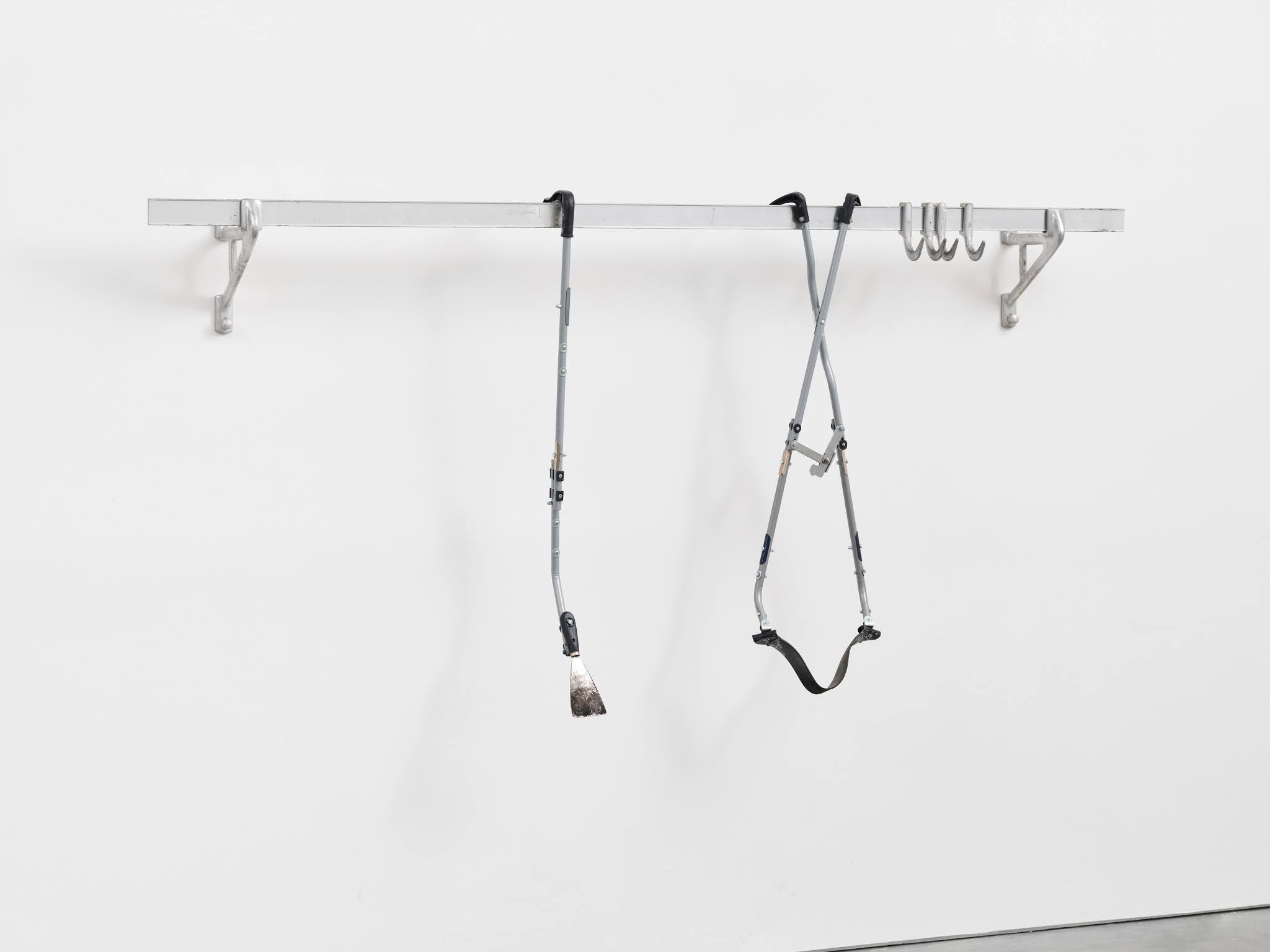 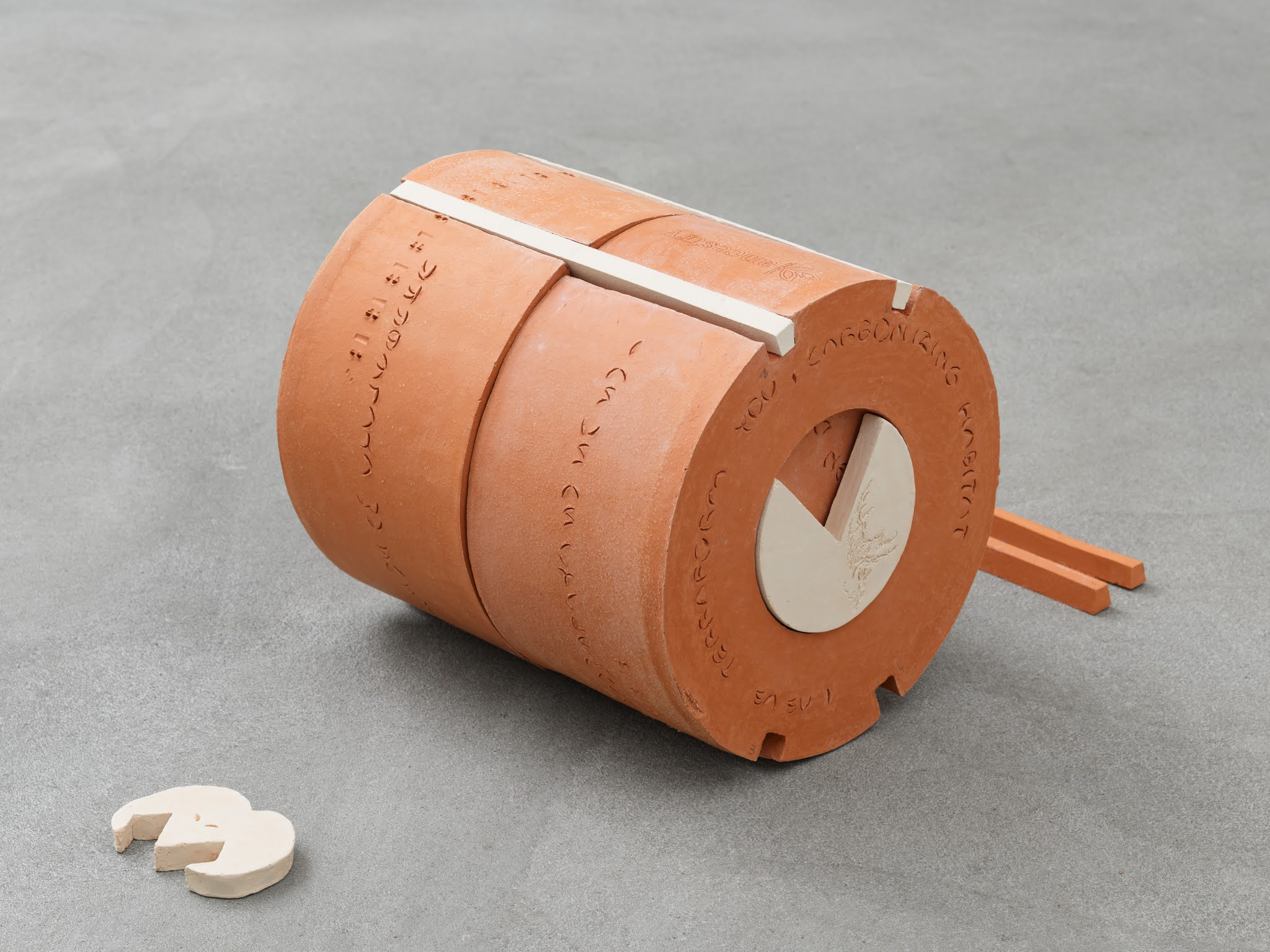 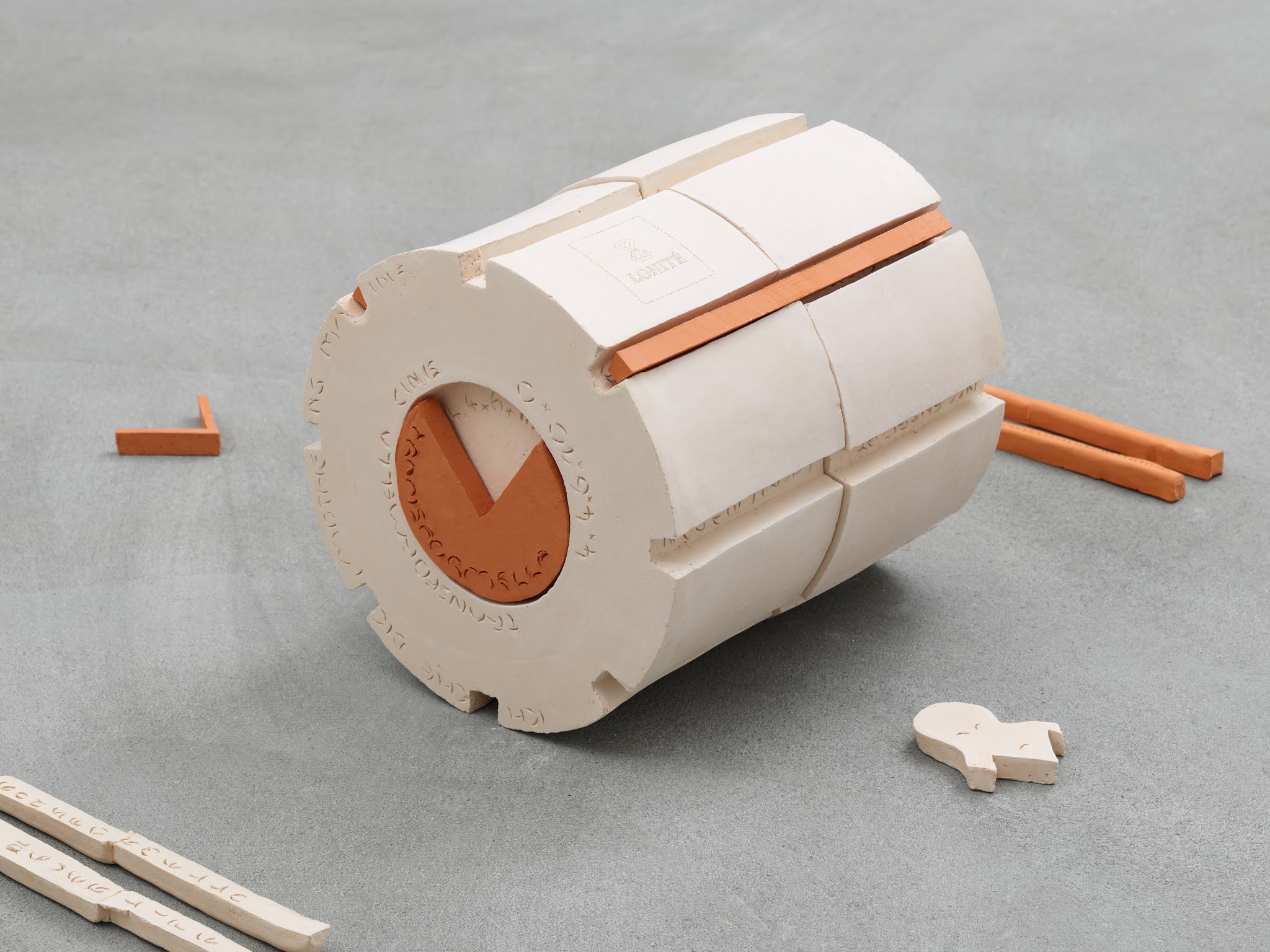 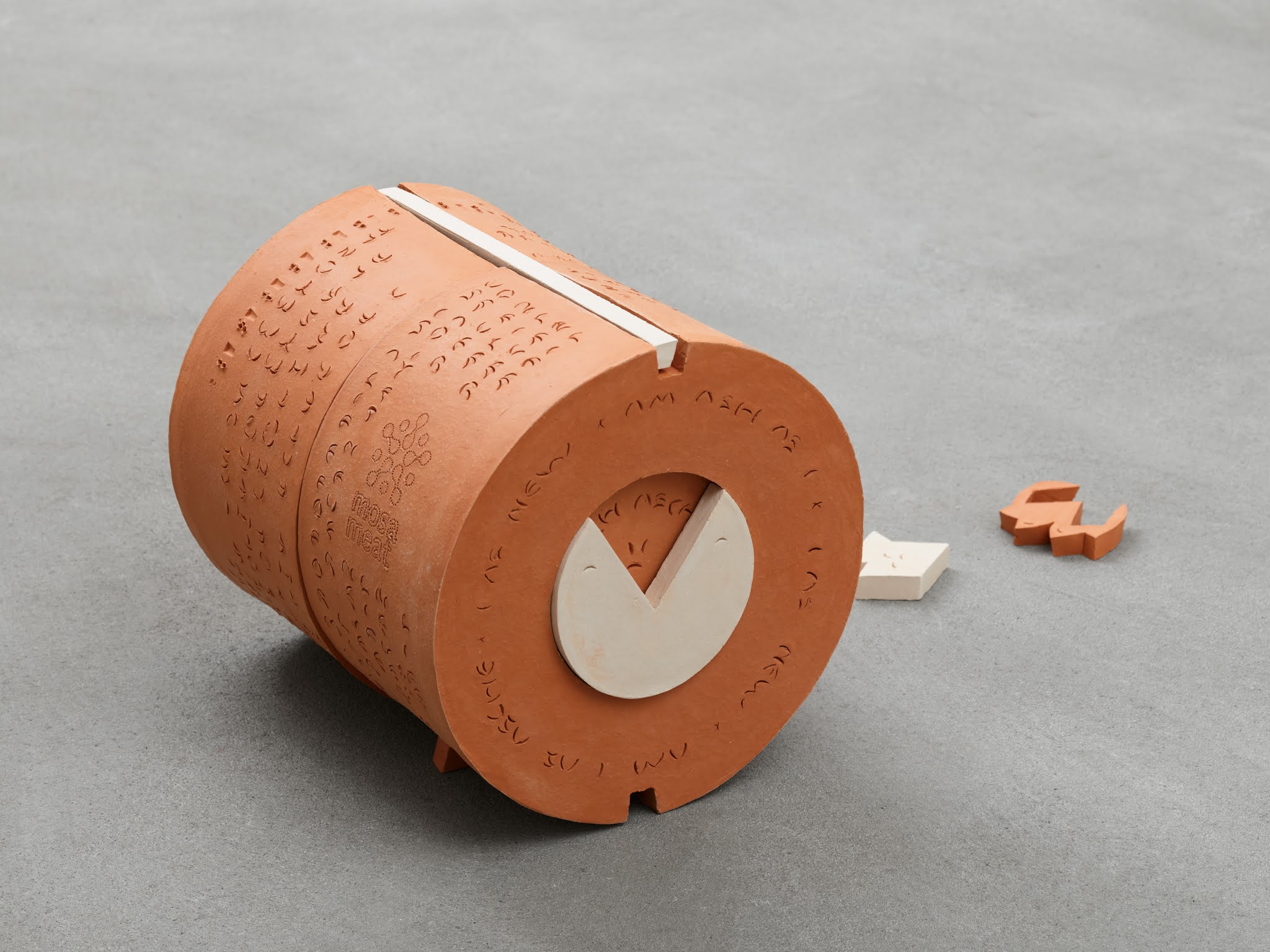 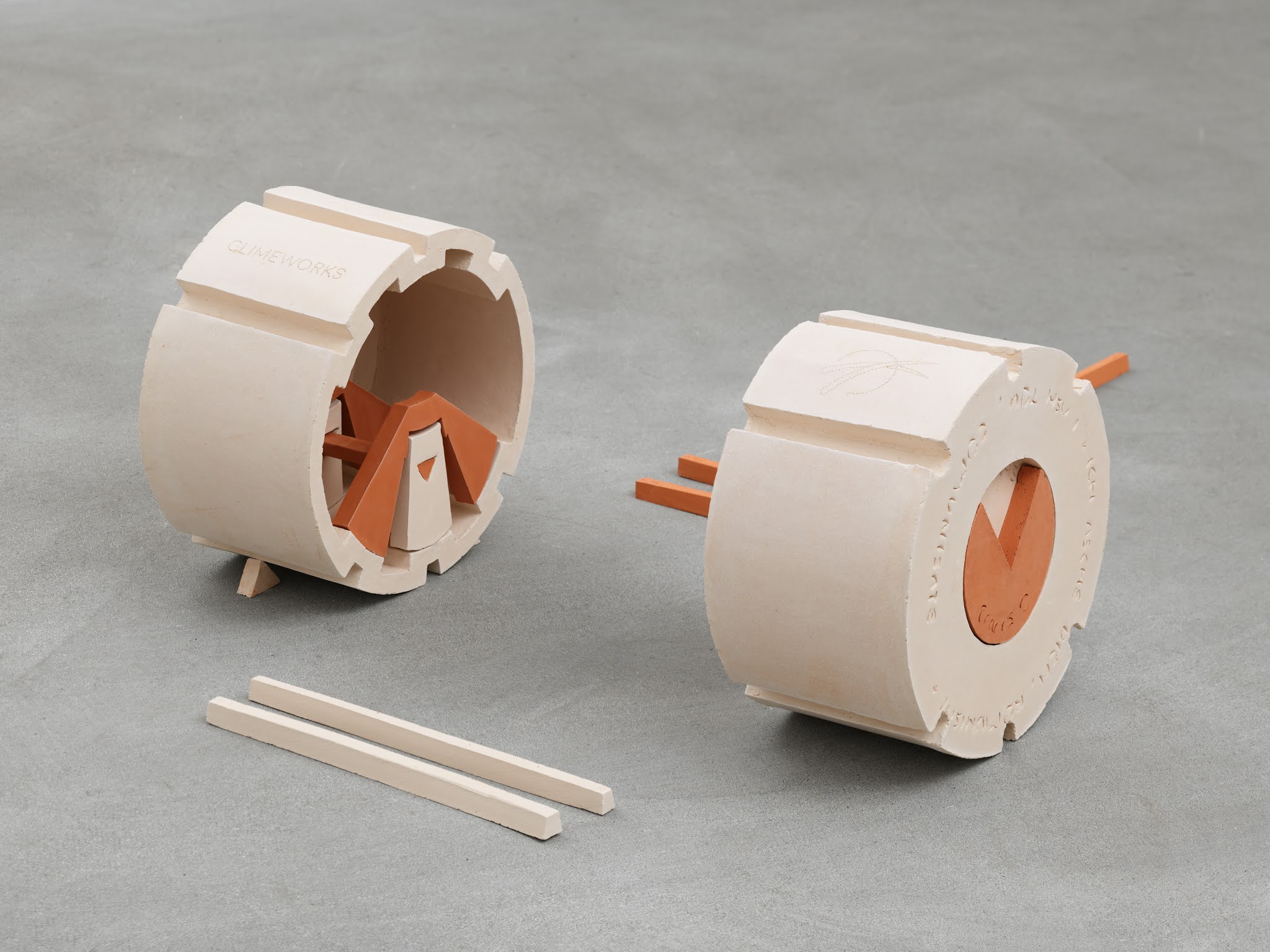 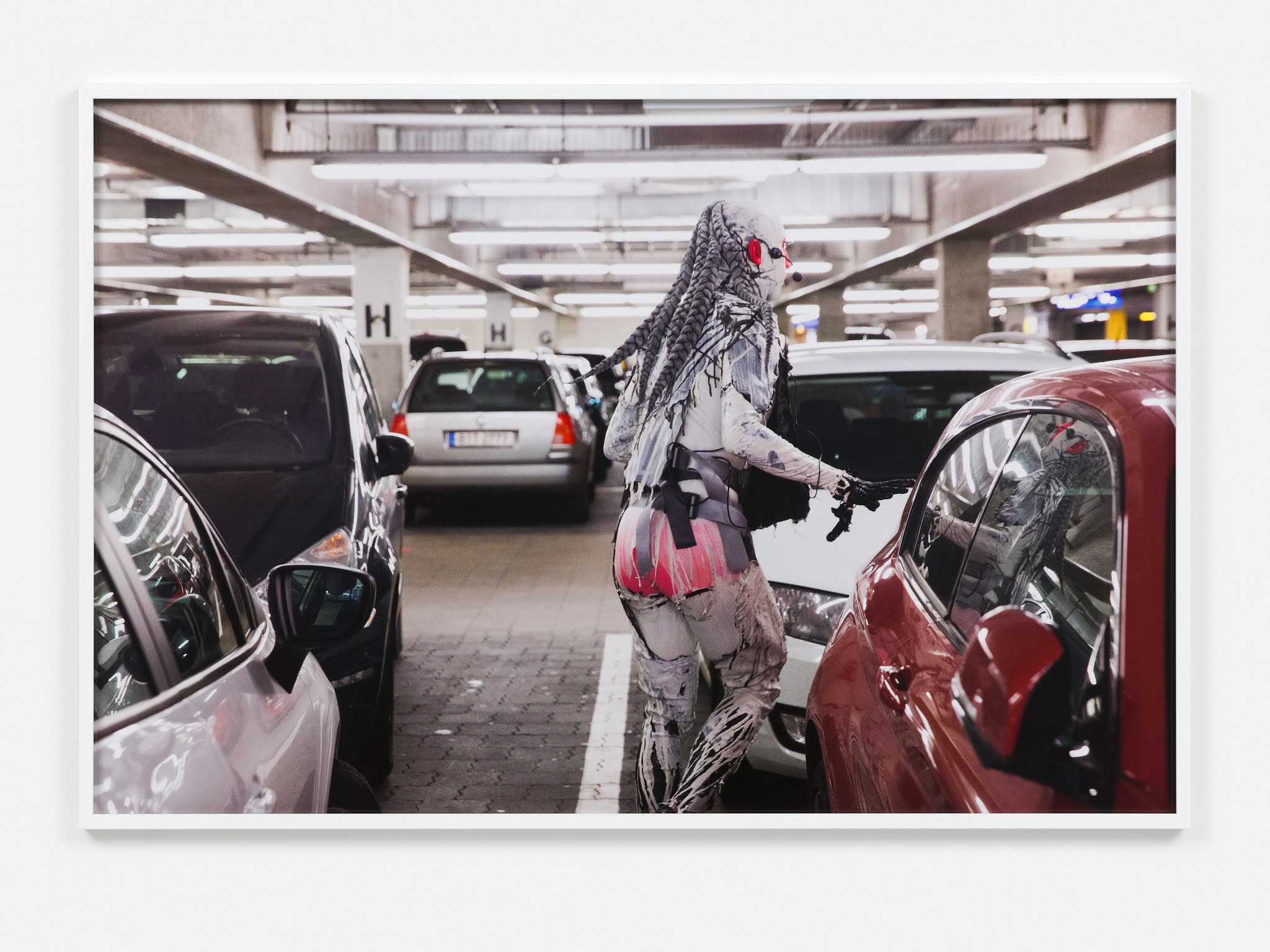 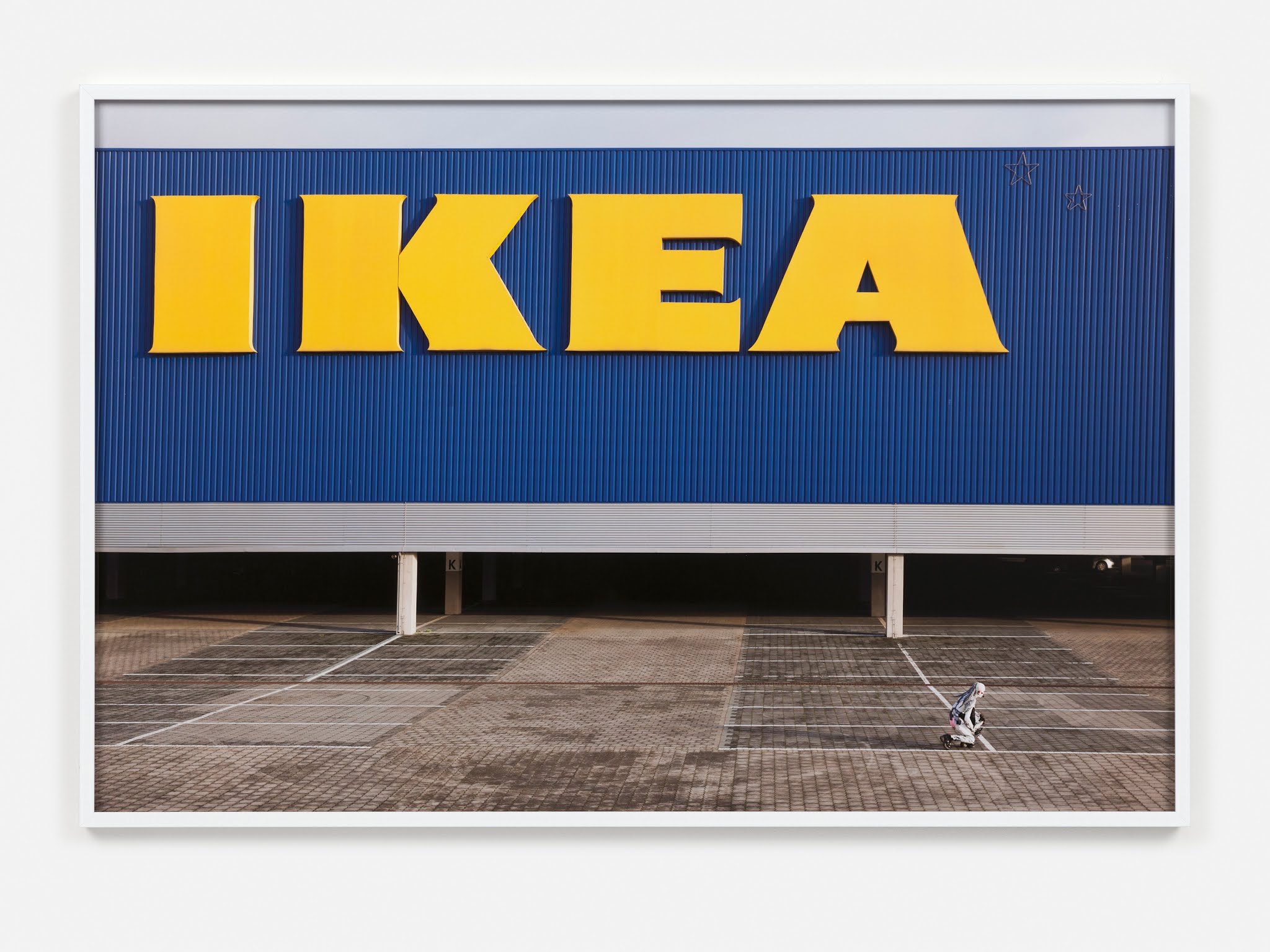 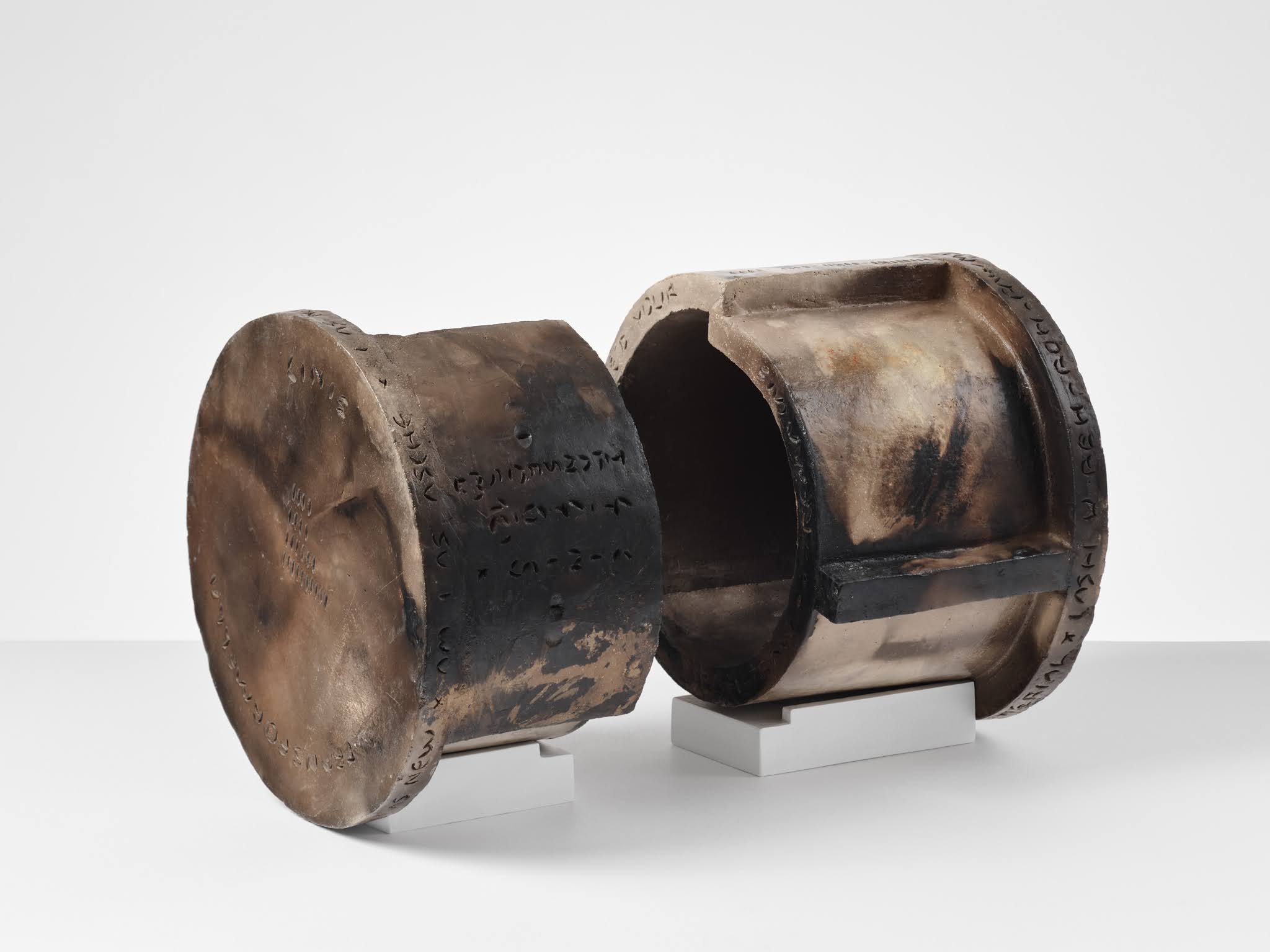 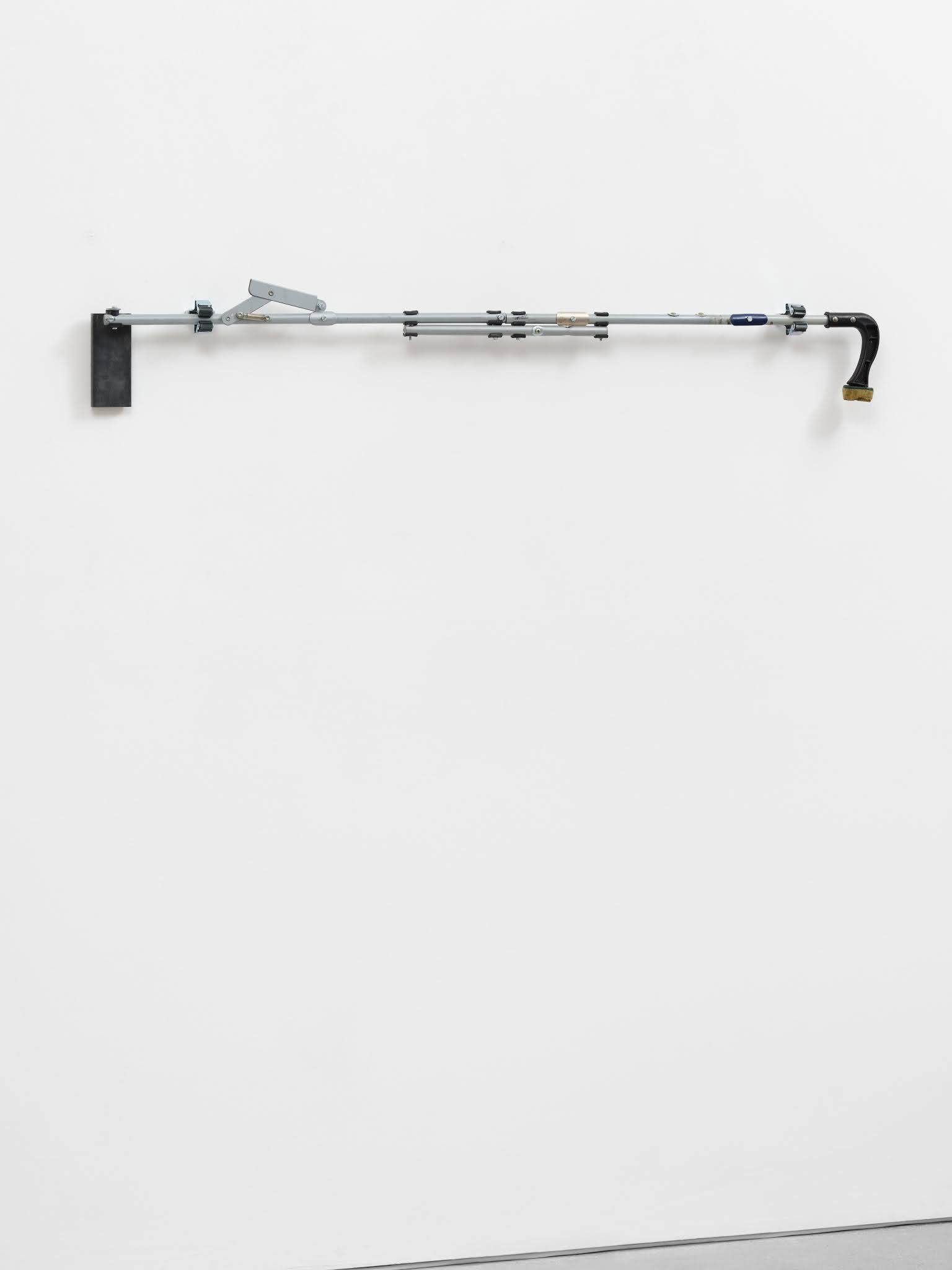 Carbon is a key element of life. The carbon cycle assumes life as a metabolic ring of growth, reproduction, and degeneration - the conceptual foundation of prevailing biopolitics. aLifveForms’ first exhibition at K-T Z considers these arrangements of life in relation to the technological procedures of maintenance and renewal.

Set in a mixed reality, aLifveForms’ cyclical cosmology suggests re-considering the self not merely as a biological body, but one also ornamented by technology and extending into our atmospheric environment. By re-subjecting the self to cycles of indefinable limits (beyond rationality and essentialism), it appears as an impossibly abstract body. aLifveForms spawn a being to embody the complexity of contemporary capital flows, global reproduction technology, and fantasies of climate control. This planetary being has different organs, a different reproduction cycle, and a psycho-reality which is different from our common reality. The exhibition thus narrates the forking process of one of aLifveForms’ artificial identities, Transformella malor, into Transformella cinis. It opens both a physical reality with devices and environments built by the artificial identities, and an ornamented reality, allowing access to Transformella malors’ memory and projecting Transformella cinis’ future.

Transformella malor’s shrine is built of large scarred hides made from papier-mâché ReRoh-raw-material descending from the gallery walls and ceiling. In its center, they assembled artifacts and narrations of past ReproResearchRituals in Ikeality: latex-skins and other harvested bio-materials condensed as

Kommunisate, as well as the DataBody, an inter-identity device that contains several psycho-realist language devices. Through the ornament, ReproDiagrams and a curved spatial body time mesh of appearances re-tells the SelfSister’s Reprovolution disrupting Ikeae Everysite (a rhizomatic system of IKEA showrooms that has rooted through the entire planet) and enables new social models of reproduction.

On the floor, four cylindrical ceramics symbolically incubate the organs of the new Transformella cinis’s impossible body. The plane of emergence unfolds through NailFont scriptures, logos and company names inscribed in the raw clay. Climeworks, metaphorically standing in for the lung, is a Swiss startup company and the world’s first commercial business specialized in filtering carbon dioxide from the ambient air, pressing it into stone and thereby terraforming planet earth. Mosa Meat, the muscle, grows in-vitro beef, a NeverLife that is nevertheless subject to decay and entropy. Ancestry determines an individual’s genetic origins through the extraction of data, which, circling back to the ReproDiagrams in the shrine, endorses the stem cell as data material, breaking the cycle of reproduction. Lonité synthesizes diamonds from the carbon isolated from cremation ashes.

Superimposed by the ornament, an algorithmic score guides an alchemical coming into being in different locations. Several tools made of recombined baby buggies hanging along the wall refer to the labor of producing a high density of material through high energy input: burning the clay; Transformella cinis’ ashings of ReRoh-raw-material. Within thermodynamics in the common reality, all processes in the universe move toward heat-death: a state of irreversible deterioration, devoid of potential. These laws trigger questions for aLifveForms’ artificial beings–How can cyclical reproduction introduce negentropy into worldmaking? Can it replenish the metabolism of a habitable world, reversing the carbon imaginary of extractivism while approaching life from its imminent catastrophic end?

Transformella is an artificial identity, a SelfSister and an AlterIdentitarian aLifveForm, cared for and fed by JP Raether in formation with multiple others. She is the first in the lifeline of the Transformellae and was developed for researching and intervening in ReproReality in Berlin in July 2010.

In her early versions 4.0 to 4.4, she operated as Transformella domestica and crystallized particles of a Repro-Communal Manifesto – a set of theses on ReproReality in the mythical moment of Reprovolution. These theses were deepened with the journey of the now wandering Transformella globalis to the Surrogacy Center of Dr. Nayna Patel in Anand, India (version 4.5) in 2013. The first applications of the Repro-Communal Manifesto in specific ReproRealities took place soon after in Los Angeles at the entrance of a reproductive clinic (4.5.1) and in a launderette in Chinatown, New York City (4.5.2).

From the domestica versions of the lifeline (4.4.3 to 4.4.6) the Transformellae started forking themselves and constructing the ReproTribe at their side. Just as the manifesto was created from scraps of text, neologisms, lines of code, and instructions for action, the ReproTribe was initially a collection of traces and particles that were compiled from the collected nails, hairs, and saliva of those present as a so-called Kommunisat (4.4.5 and 4.4.6). Transformella thus forked into Transformalor (transformella malor) in 2015 and began to travel as an updated MetaMother with their ReproTribe to respective local warehouses for the mass reproduction of items, the ikeae everysite (4.4.6.0 since 2015).

Since then, the forked lifeline as artificial identity Transformalor with their various language devices and ReproDiagrams has appeared in various Ikea, such as the one in Berlin, Warszawa, Hamburg and Düsseldorf among others. Since 2018 Transformalor has started entering another Forking Horizon and is departing from their older Self into Transformella cinis here at K-T Z.

aLifveForms operate as the marker of constructed authorship and an evolutionary process of identity-making and -unmaking. They explore questions of identity and reality as it is constituted through language. JP Raether activates these AlterIdentities, which appear as humanoid beings in performative, distributed social interventions, engaging an elaborated vocabulary. In their appearances, the AlterIdentities work to demonstrate that in every common reality the potential for another reality is always present. There are currently three active AlterIdentities. Transformellae research globalized and industrialized human reproduction. The Swarm-Being traces the transnational circulations of bodies in trade and tourism. Protektoramae seek out sites of production of contemporary information technologies, interrogating the relation of the human body to its technological devices. Within aLifveForms’ mythic existence, media such as photography emerges as derivatives of their performative appearances. Their sculptural practice crystallizes the AlterIdentities’ psycho-reality into complex, sculptural-spatial ensembles.

JP Raether lives and works in Berlin. He attended Berlin University of the Arts and is currently holding a professorship for performative and aesthetic post-studio practices at the Akademie der Bildenden Künste in Nuremberg, Germany.