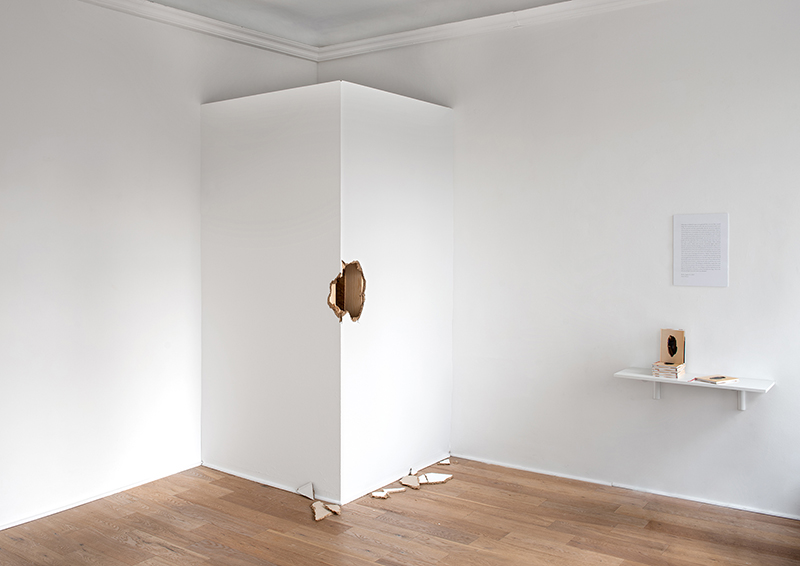 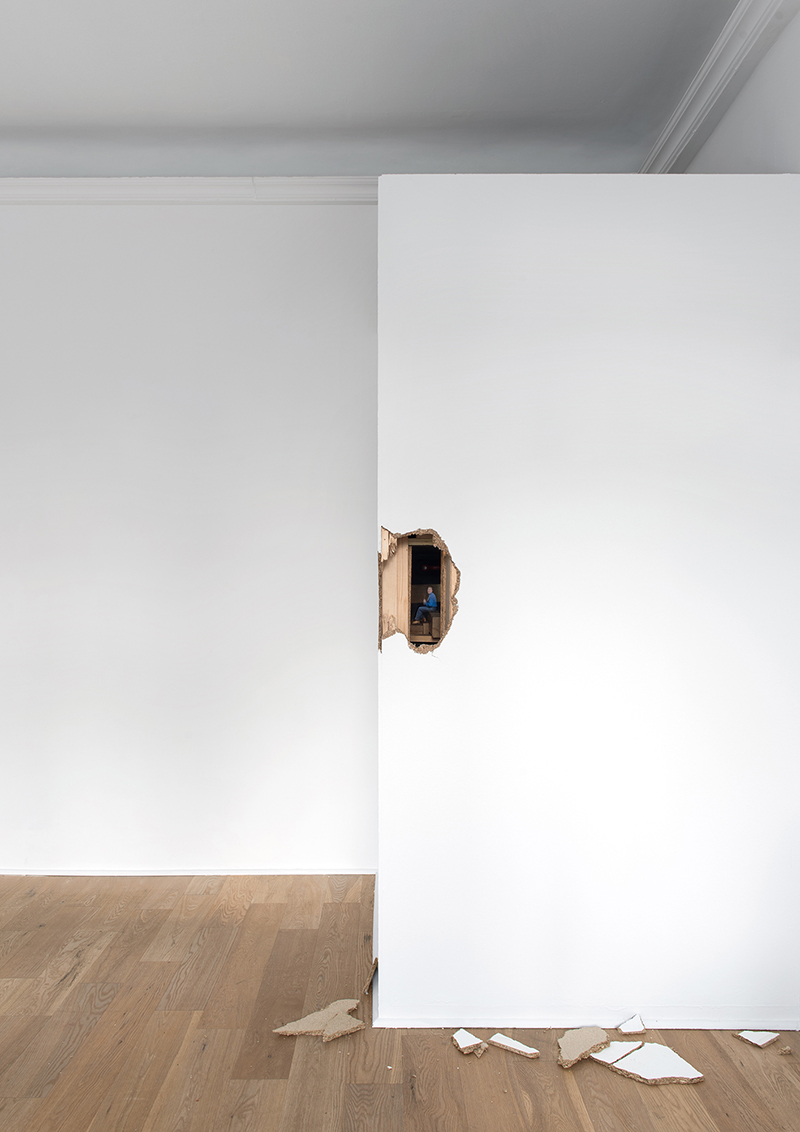 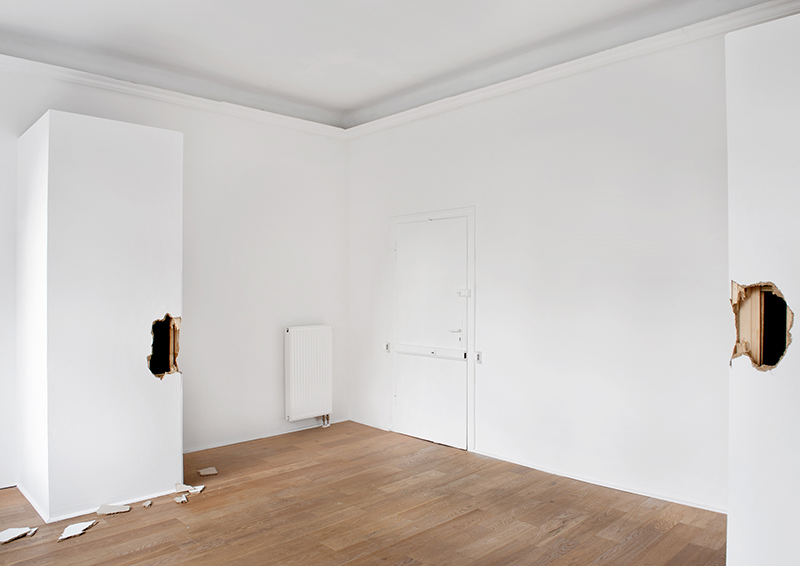 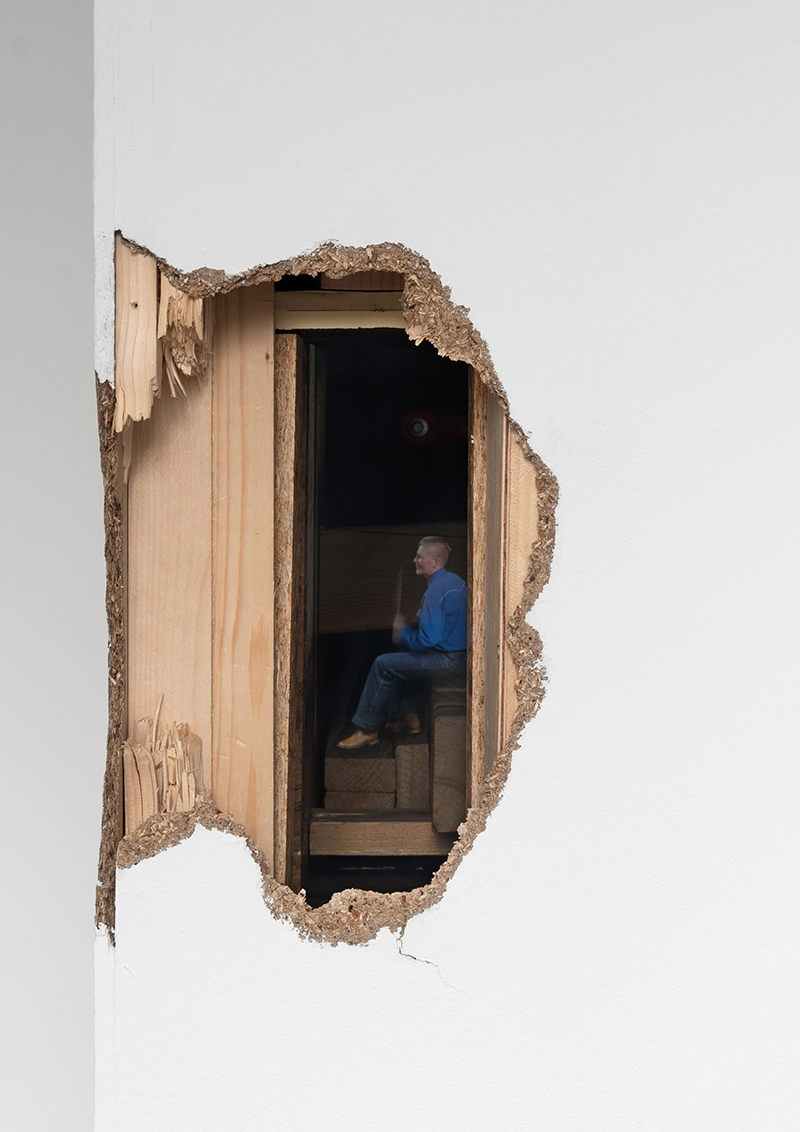 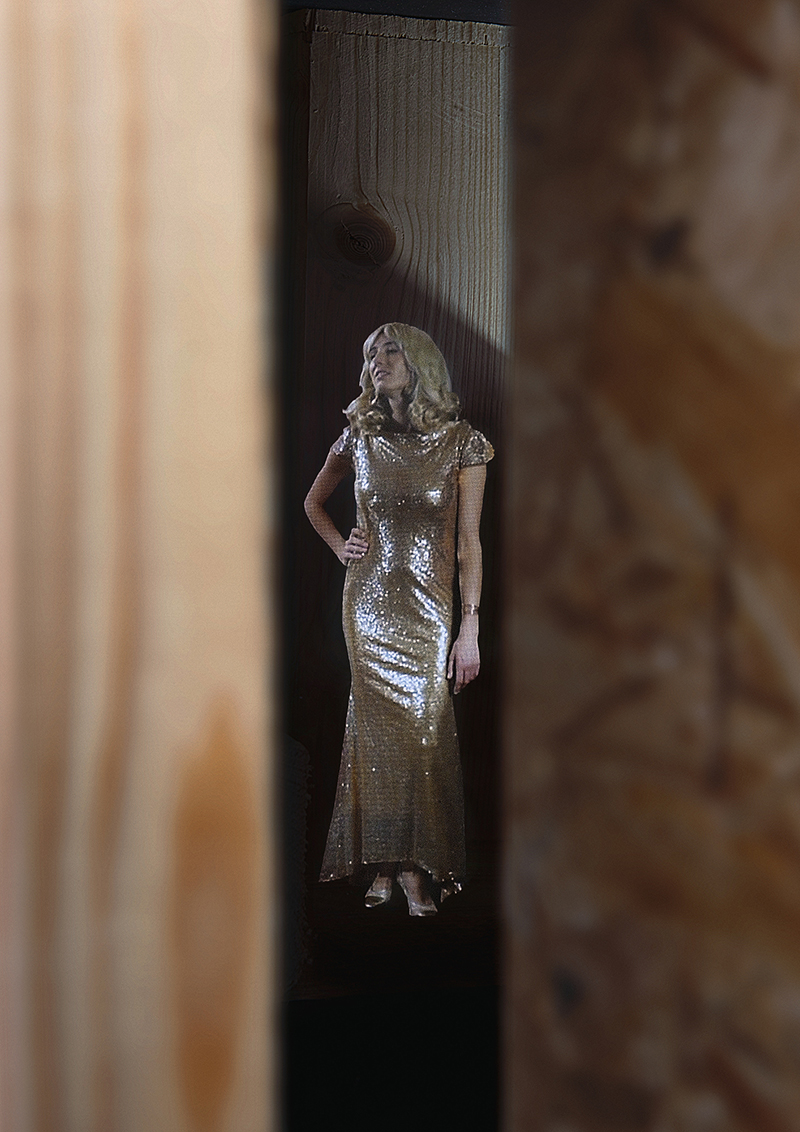 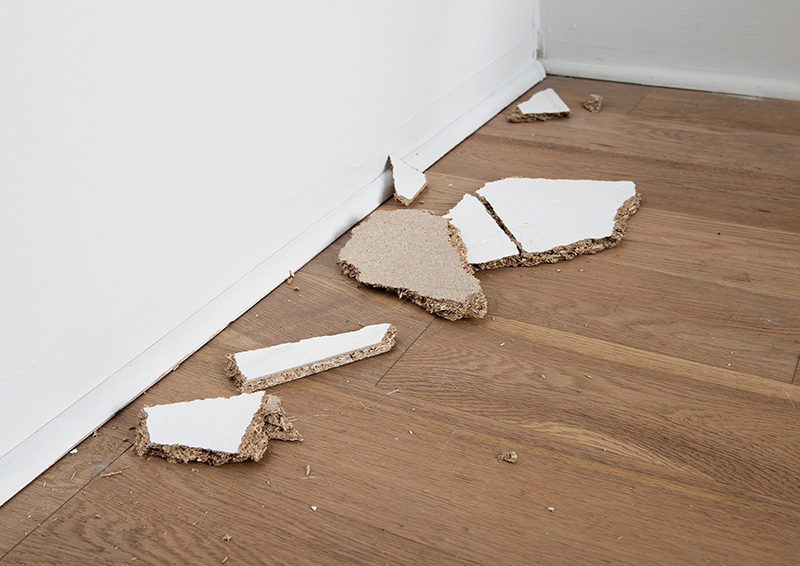 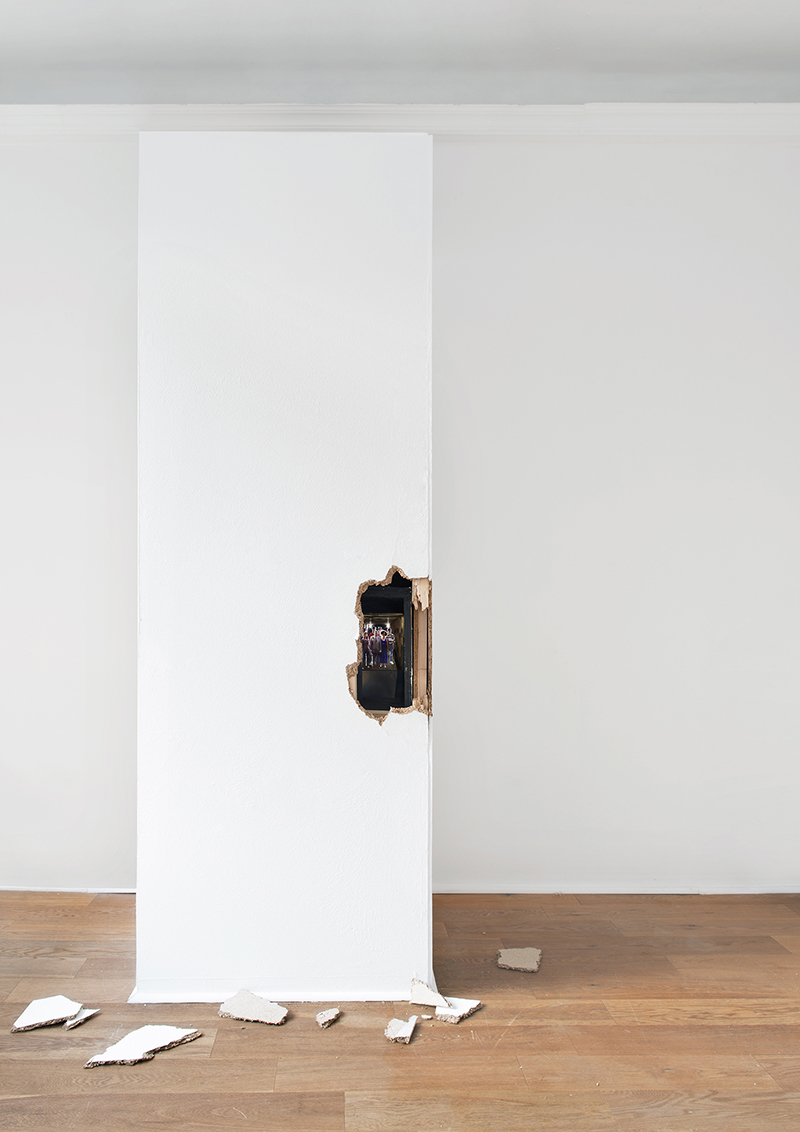 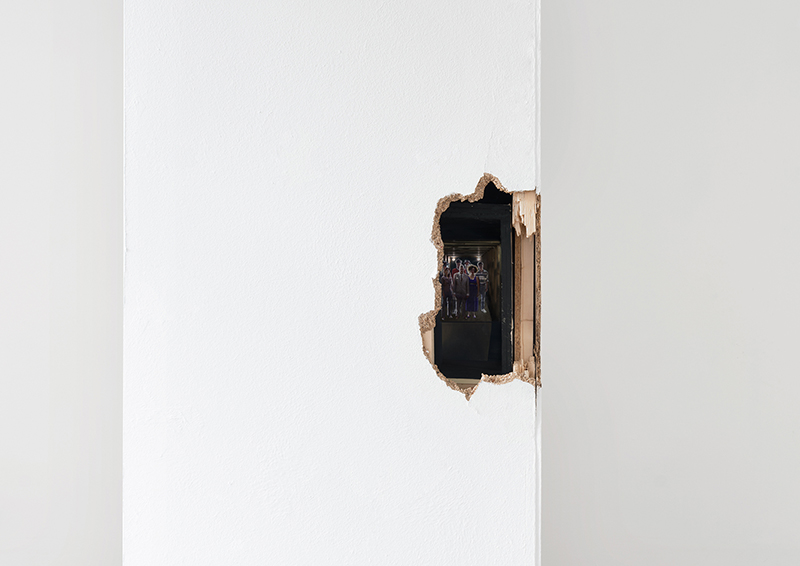 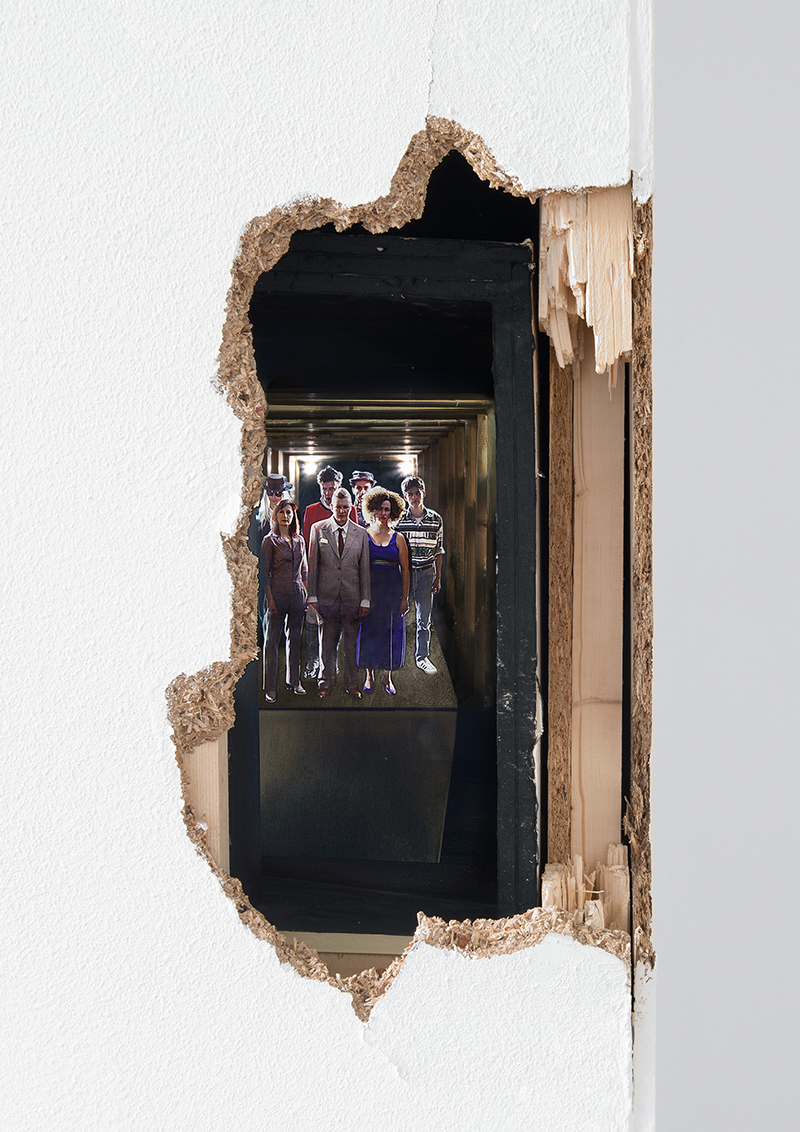 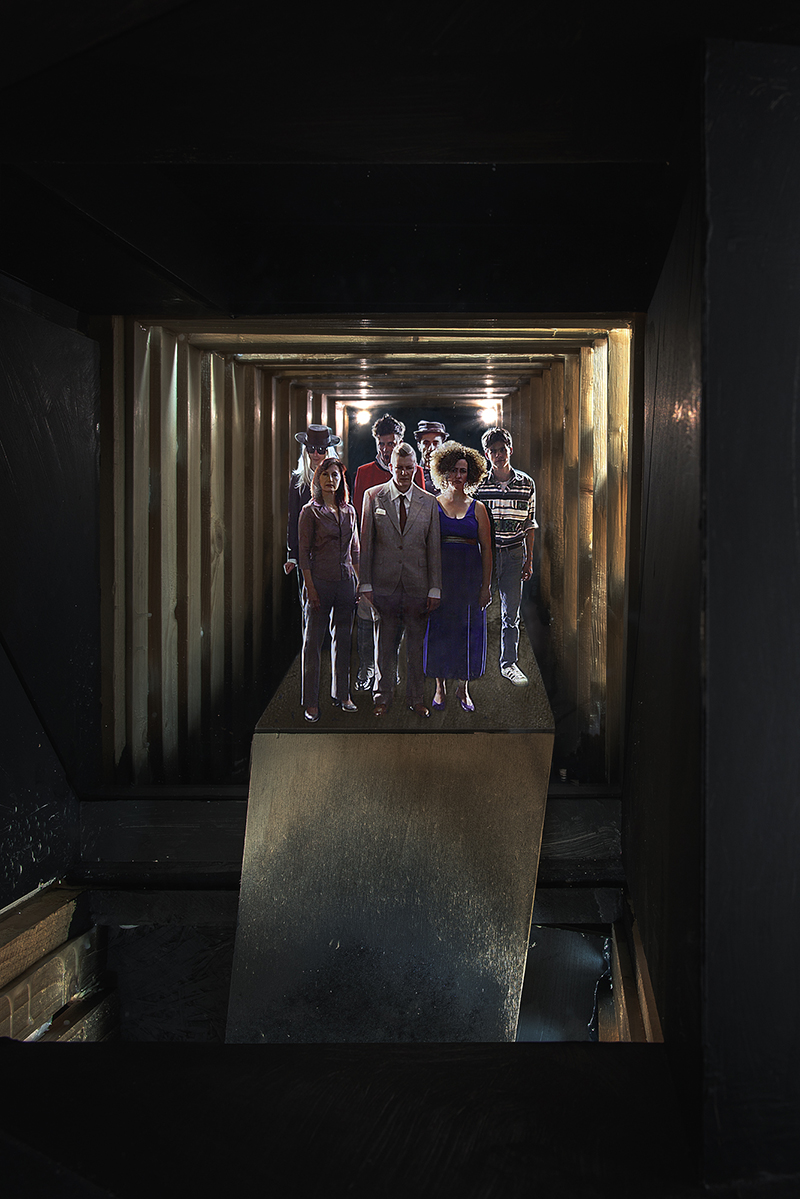 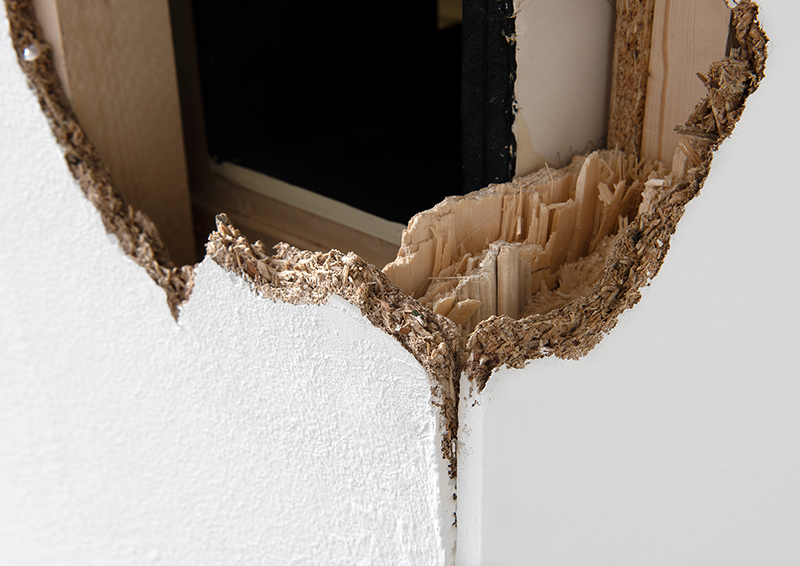 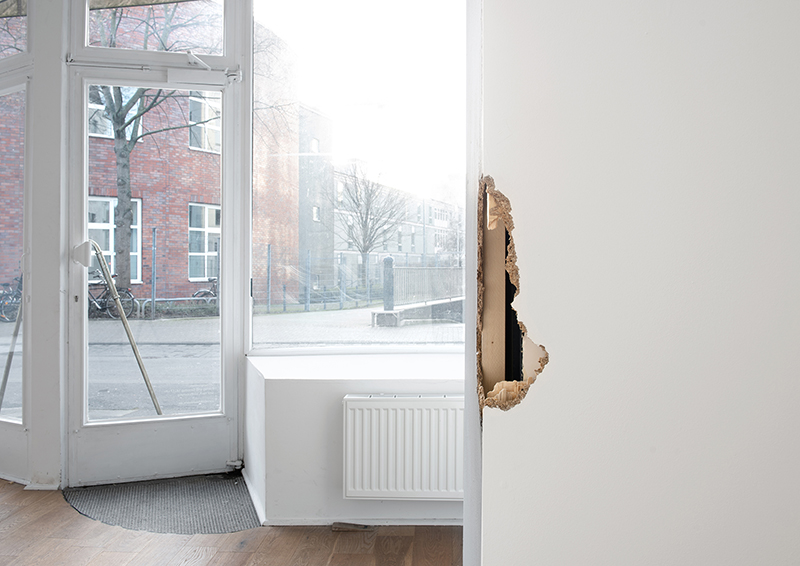 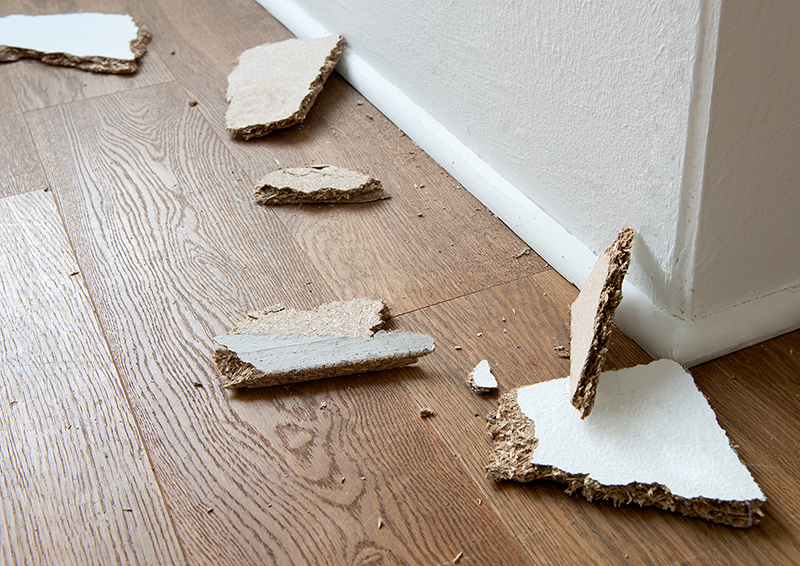 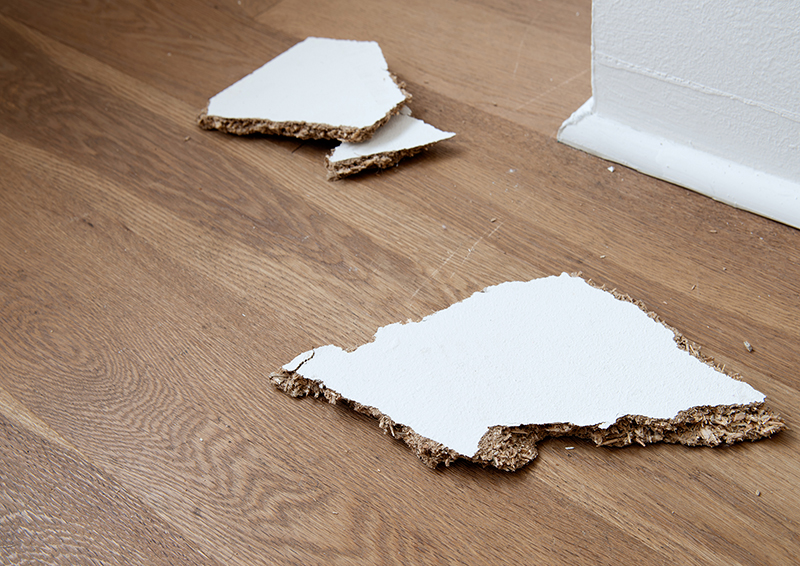 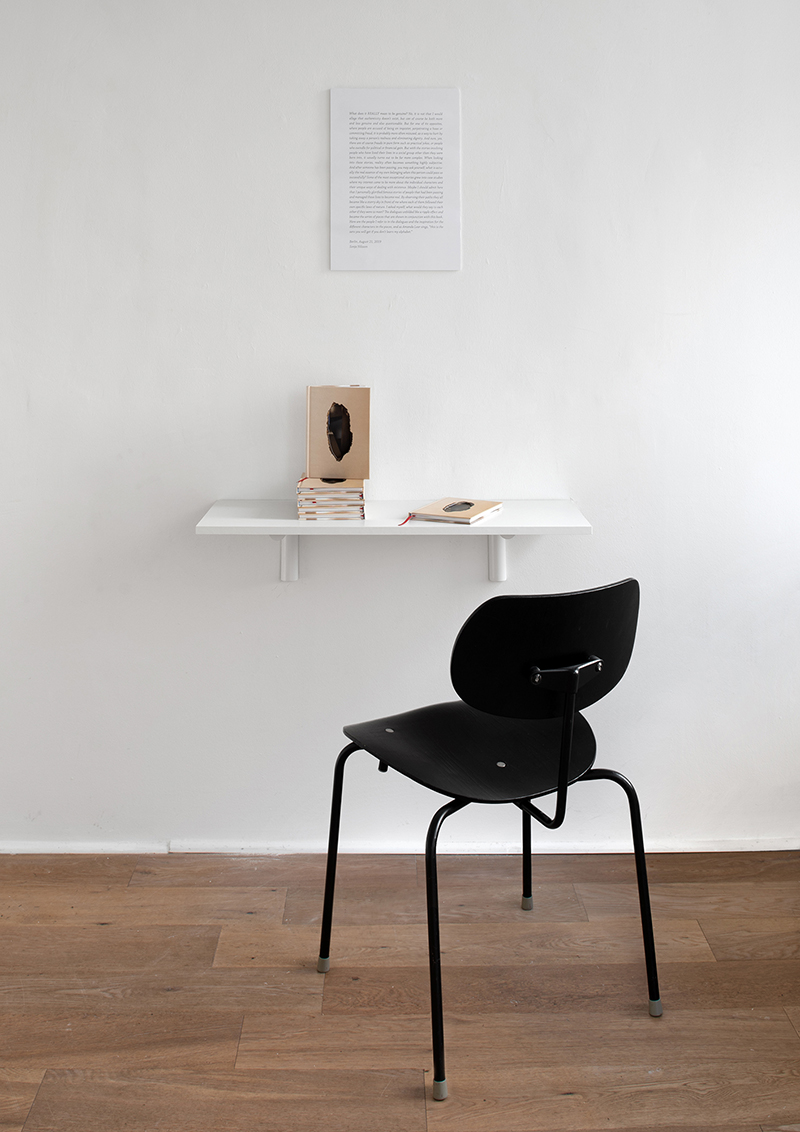 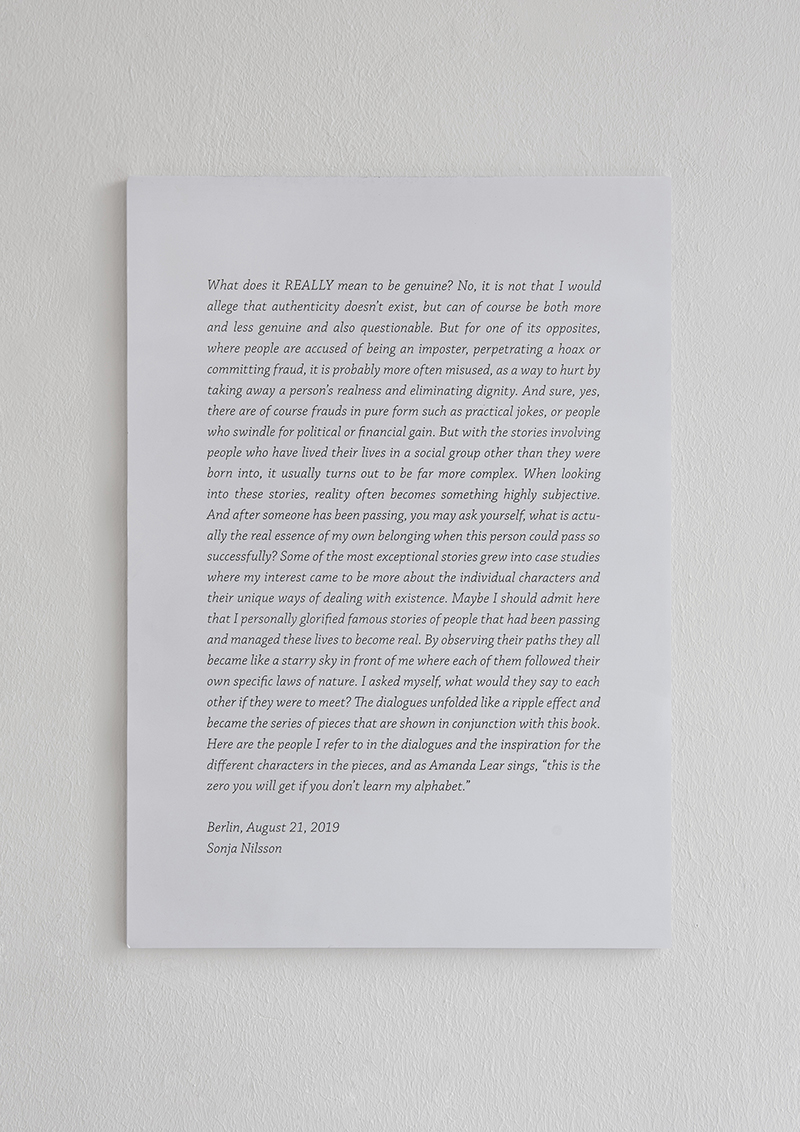 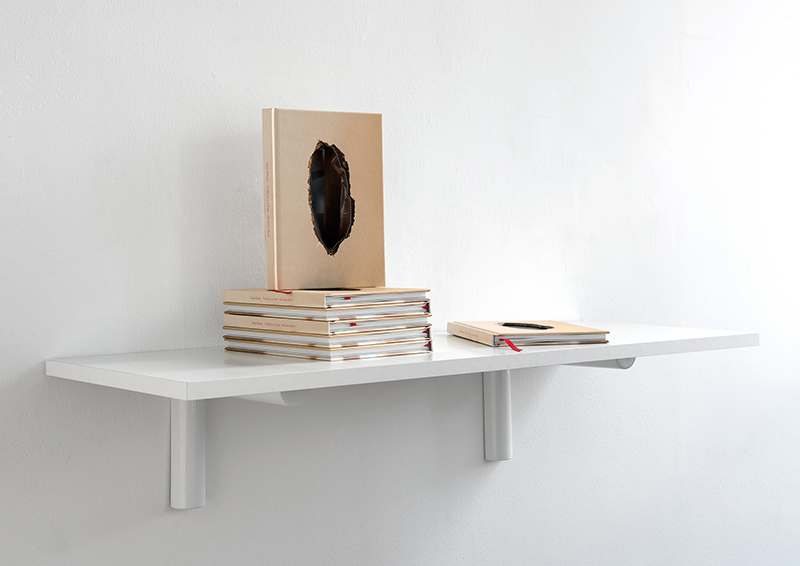 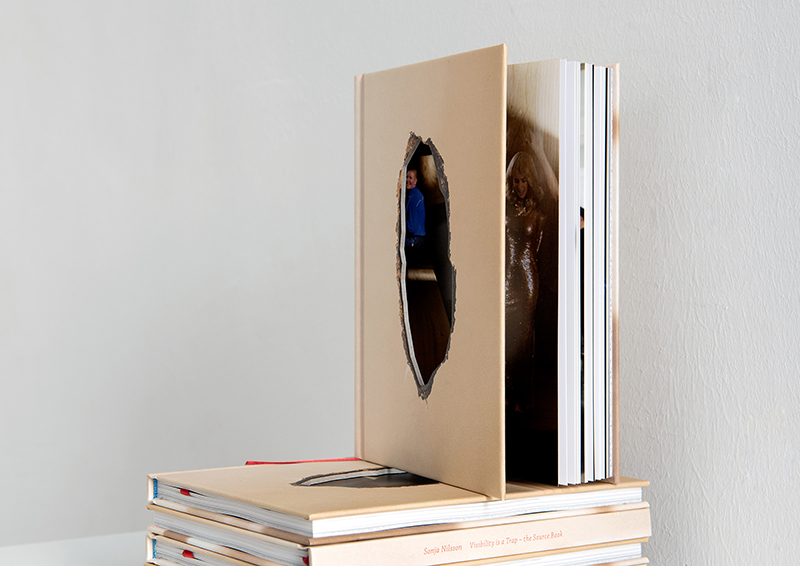 All images courtesy and copyright of the artist and gallery.

We are all the same, we all have assholes!!!

Yes, shitholes are the only things that exist!

In her first exhibition at Zarinbal Khoshbakht, Sonja Nilsson presents two video pieces drawn from her six-part series Visibility is a Trap: AAAAAUUTHHHENTENTICITYYYY (2019) and AP PRO PRI A TION ! (2019).

In this body of work, the artist addresses the phenomenon of ‘passing’. The term, derived from sociology, describes a person’s ability to be perceived as part of a (social) identity or category that differs from that of their origin – and to be acknowledged as a member of that group. This can include their racial identity, gender, sexual orientation, social class, ethnicity, age, religion and/or physical as well as mental health and impairment.

The starting point for Nilsson’s work is her interest in the biographies of famous personalities from pop culture, film and television, art and literature, politics and the press. Her interest in collecting stories and anecdotes that initially seemed so diverse gradually crystallised around their common feature: in a broader sense all of these people had passed as someone or with something.

The personalities include Amanda Lear – a 1970s model, muse, icon, painter, disco queen and TV host – who, despite having been outed several times by third parties, consistently denied claims made in interviews that she was a transsexual: ‘So some people maybe think I am a man. But... uh... I don’t think I look like a man.’ (Amanda Lear in a television interview with N3, 1977)

The U.S. jazz musician Billy Tipton (1914–1989) also kept the gender he was assigned at birth a secret, both in private and in public: he was married a total of five times and told his wives that he was physically impaired as a result of a car accident. In 2015, Nkechi Amare Diallo (née Rachel Dolezal) caused a stir as ‘the white woman who pretended to be black.’ Born white, the U.S. cultural scholar and civil rights activist passed as an African American for years and, among other positions, campaigned against discrimination as the president of the Washington chapter of the National Association for the Advancement of Colored People (NAACP). Sonja Nilsson introduces these and other protagonists in a series of trenchant and wittily affectionate short biographies, which are compiled in the publication also presented as part of the exhibition, Visibility is a Trap – the Source Book (2019/20).

In these video installations Nilsson allows her characters to engage in a variety of fictitious dialogues that resemble inner conversations. They speak of individual and collective experiences, expectations, questions of authenticity and accusations of appropriation: ‘...they’re raping women’s bodies by appropriating them for themselves!’ Billy Tipton says to the audience, grinning broadly in time with his drum practice. The words are those of Janice Raymond, author of the radical feminist book The Transsexual Empire: The Making of the She-Male (1979), in which she criticises and rejects transsexuality.

The audience’s voyeuristic gaze is heightened, almost challenged, by the form of presentation. The videos – holograms which make the characters appear as three-dimensional miniatures – are projected inside a cubicle structure built into the exhibition space. Viewers watch the performances through peepholes that seem to have been violently cut into the wall, and are inevitably forced to stoop down to gaze through this vulvic cavity. Inside, the protagonists sing, dance in front of pipes and drum on wooden beams, portrayed by actors and non-professionals whom Nilsson has cast as lookalikes and voice doubles of the personalities, thus engineering a double process of appropriation. The discrepancy in scale, and the distance created by the retracted walls that shield the intimate setting, allow little space for projection – yet these two video works show the performers addressing the audience directly, breaking the fourth wall in a Brechtian sense.

Are you you? Or are you a representative of your history?

Try to live up to that yourself! you fucker!!!

According to Judith Butler’s performative gender model, (gender) identities are initially constituted through the  repetition of the acts from which they are constructed (language, gesture, movement, staging). Identity always emerges in a culturally and historically shaped process of appropriation – Butler quotes Simone de Beauvoir: “One is not born, but rather becomes, a woman”. (Judith Butler, ‘Performative Acts and Gender Constitution: An Essay in Phenomenology and Feminist Theory,’ in Theatre Journal, Vol. 40, No. 4, Baltimore 1988, pp. 519–531.)

In Visibility is a Trap, Sonja Nilsson questions the idea of lying when it comes to one’s identity. She focuses on who tells history(ies) and determines and perpetuates identity(ies). In doing so, she raises questions about authorship and self-determination: isn’t every identity at once self-constructed and ascribed from the outside? And aren’t identities always fluid and shifting concepts?

Who wants to be with someone where there is nothing to discover?

Isn’t the excitement in the mystery?