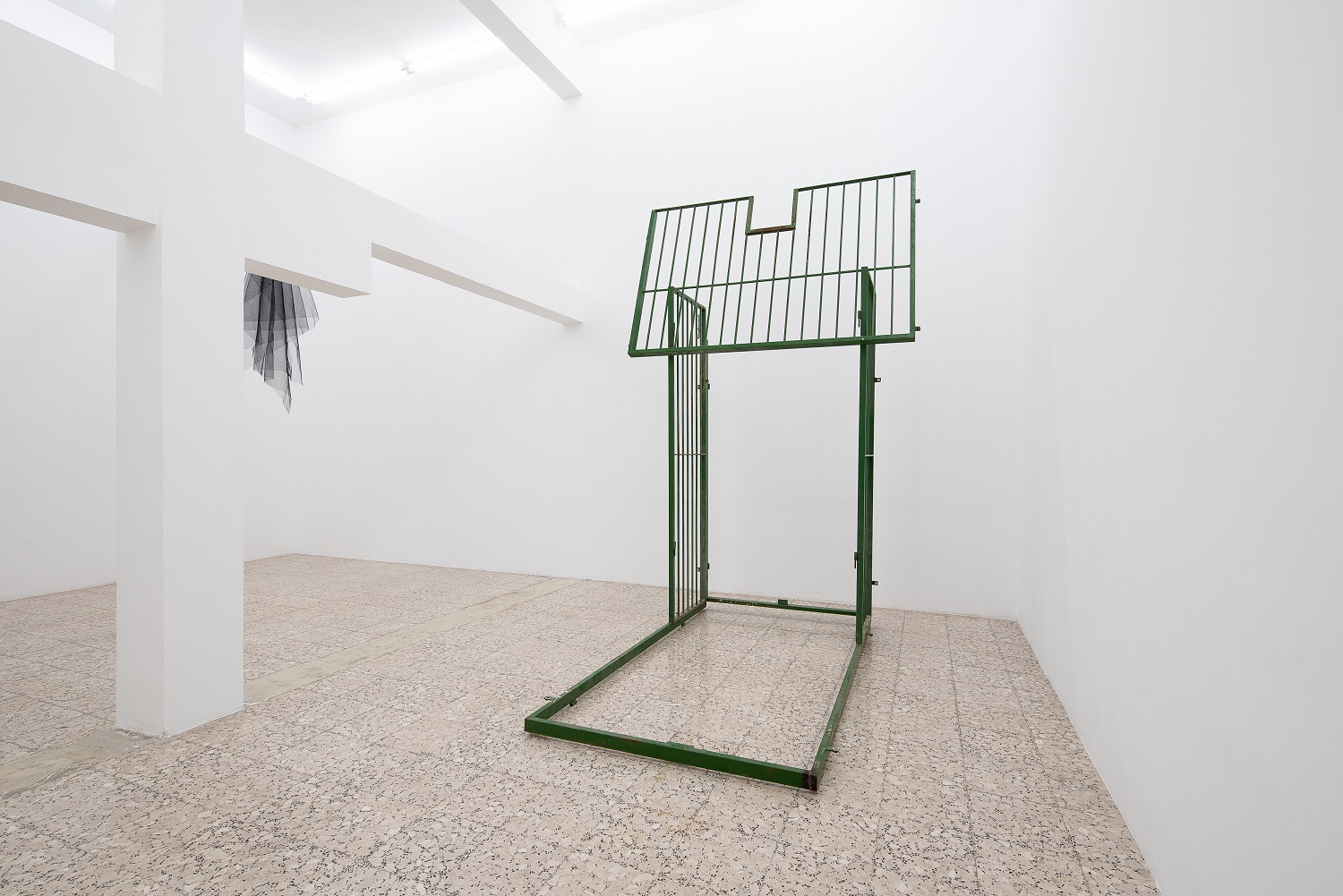 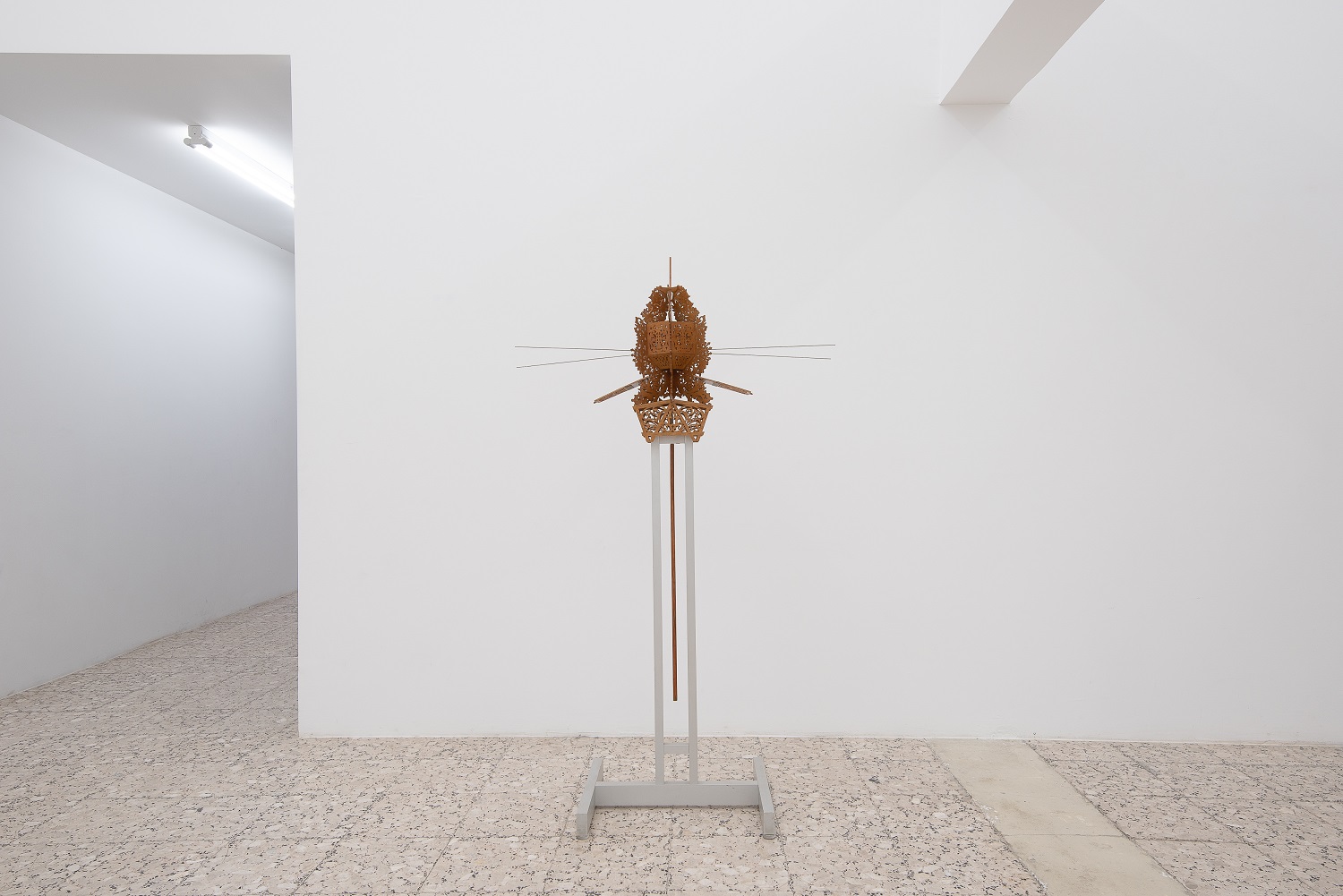 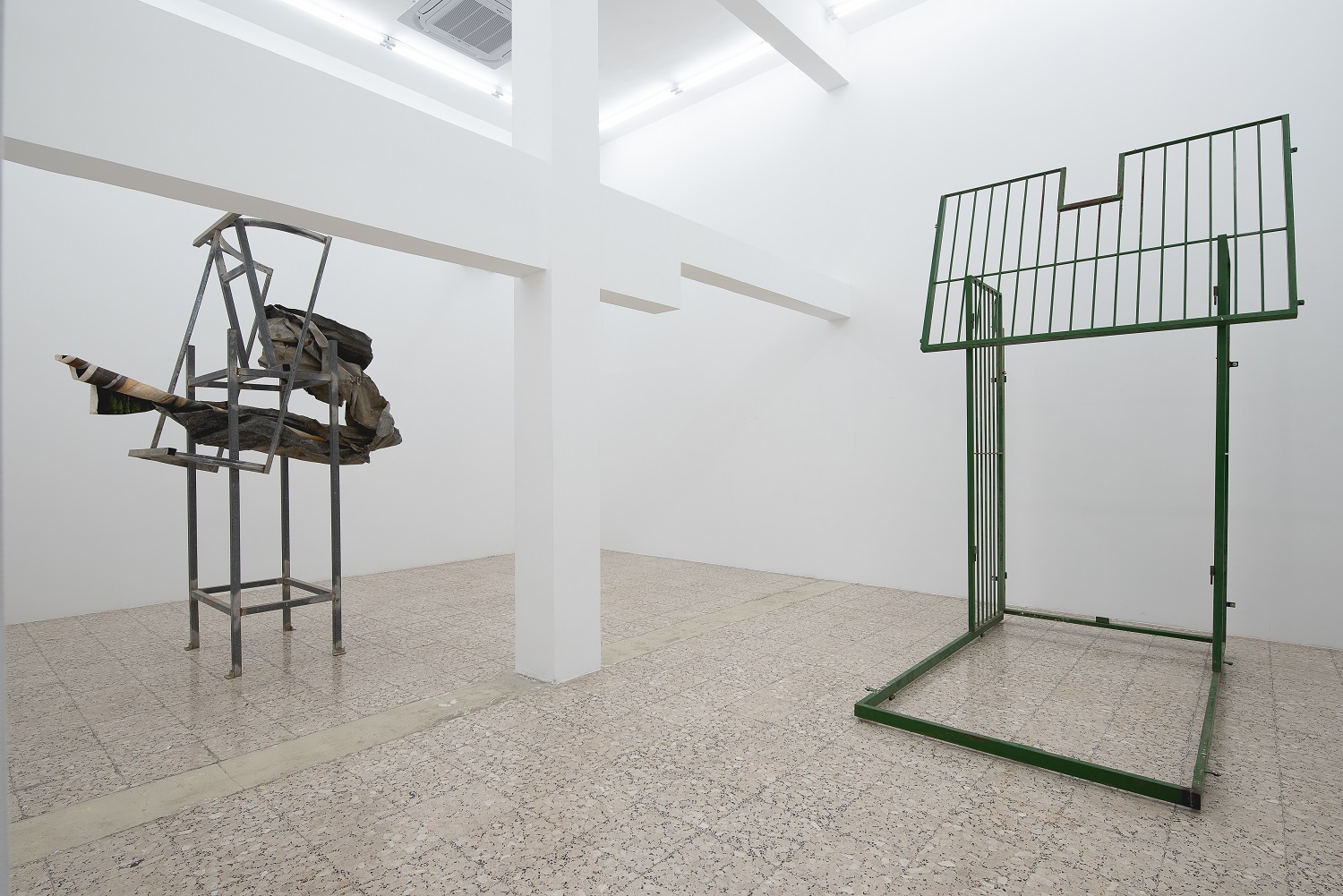 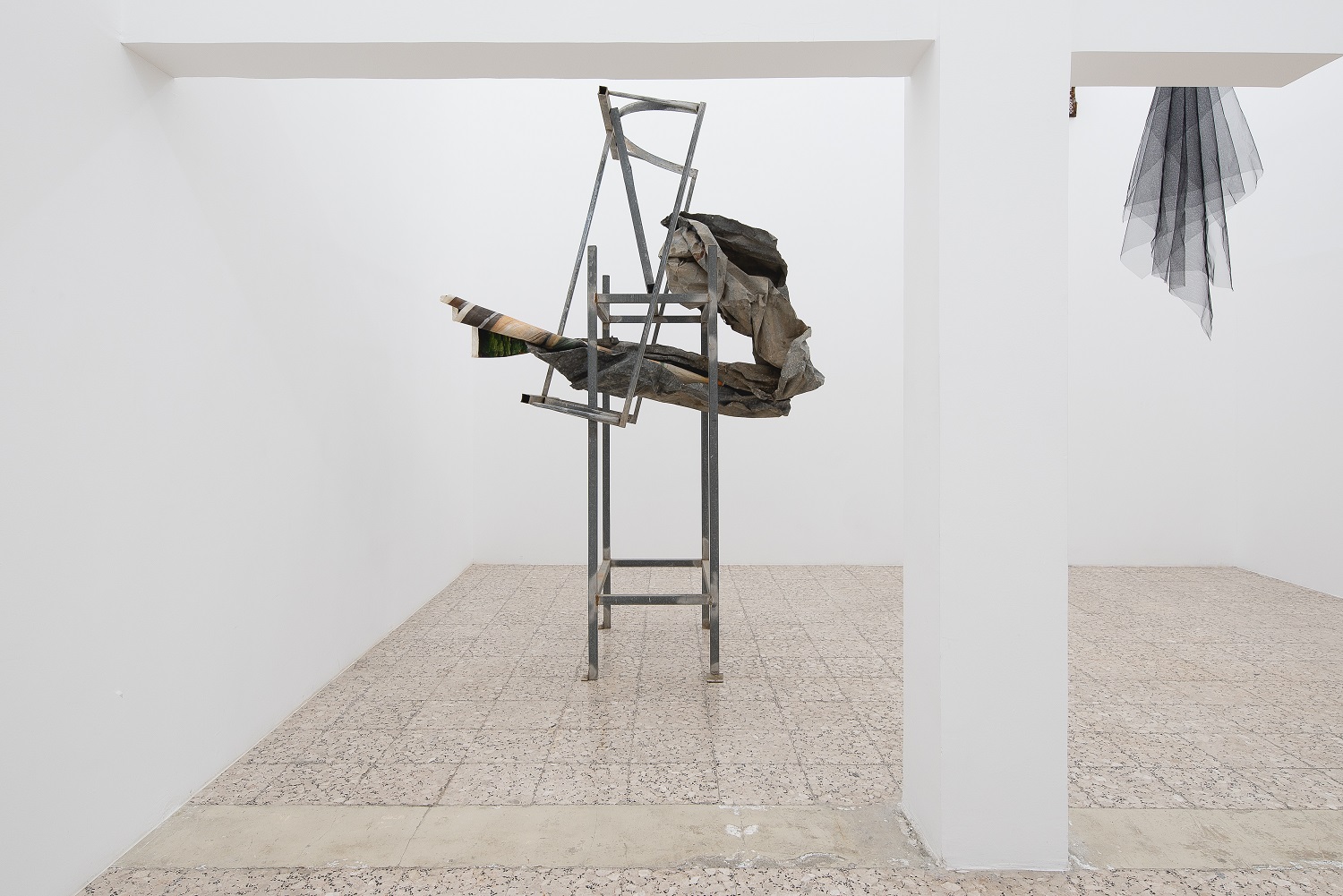 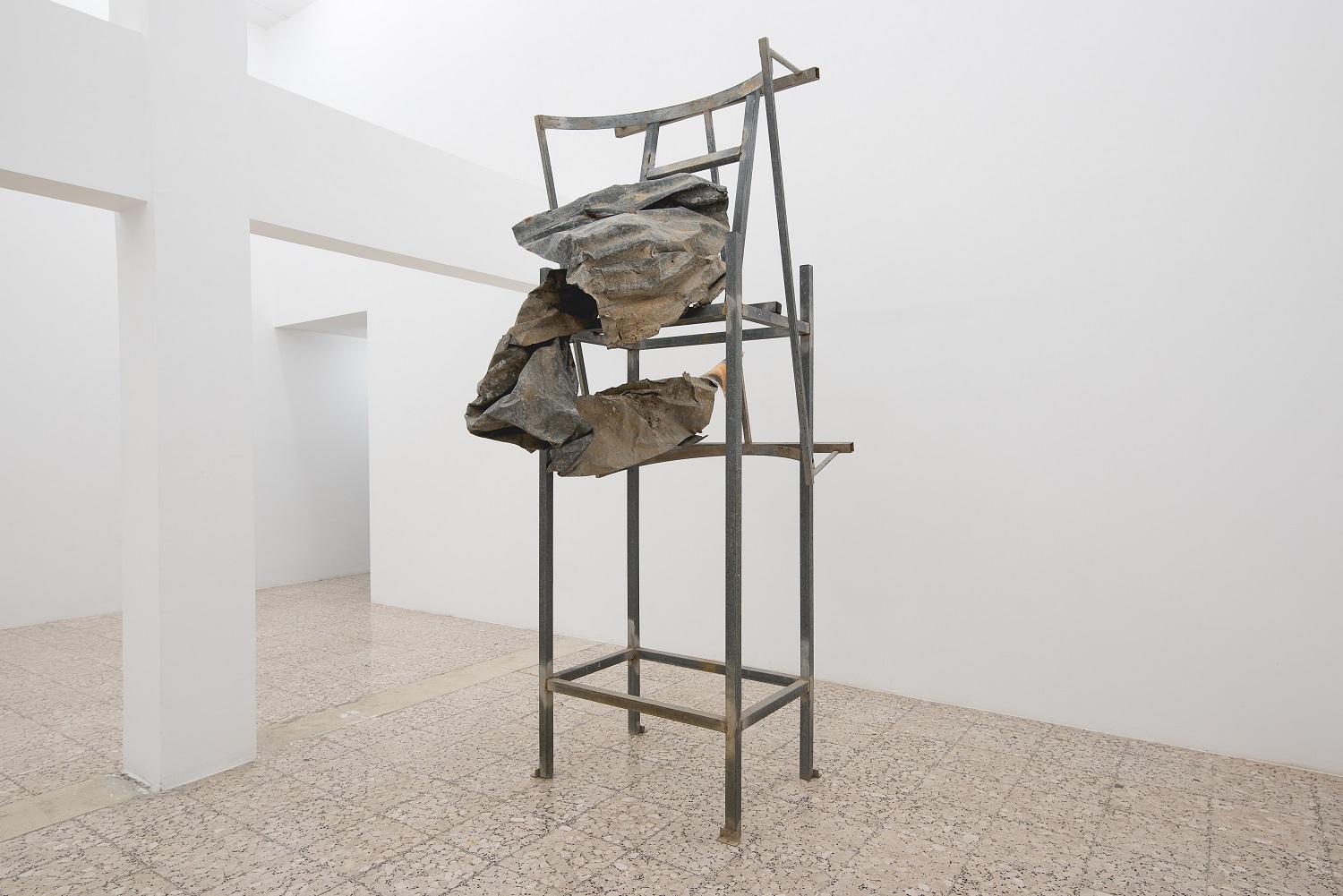 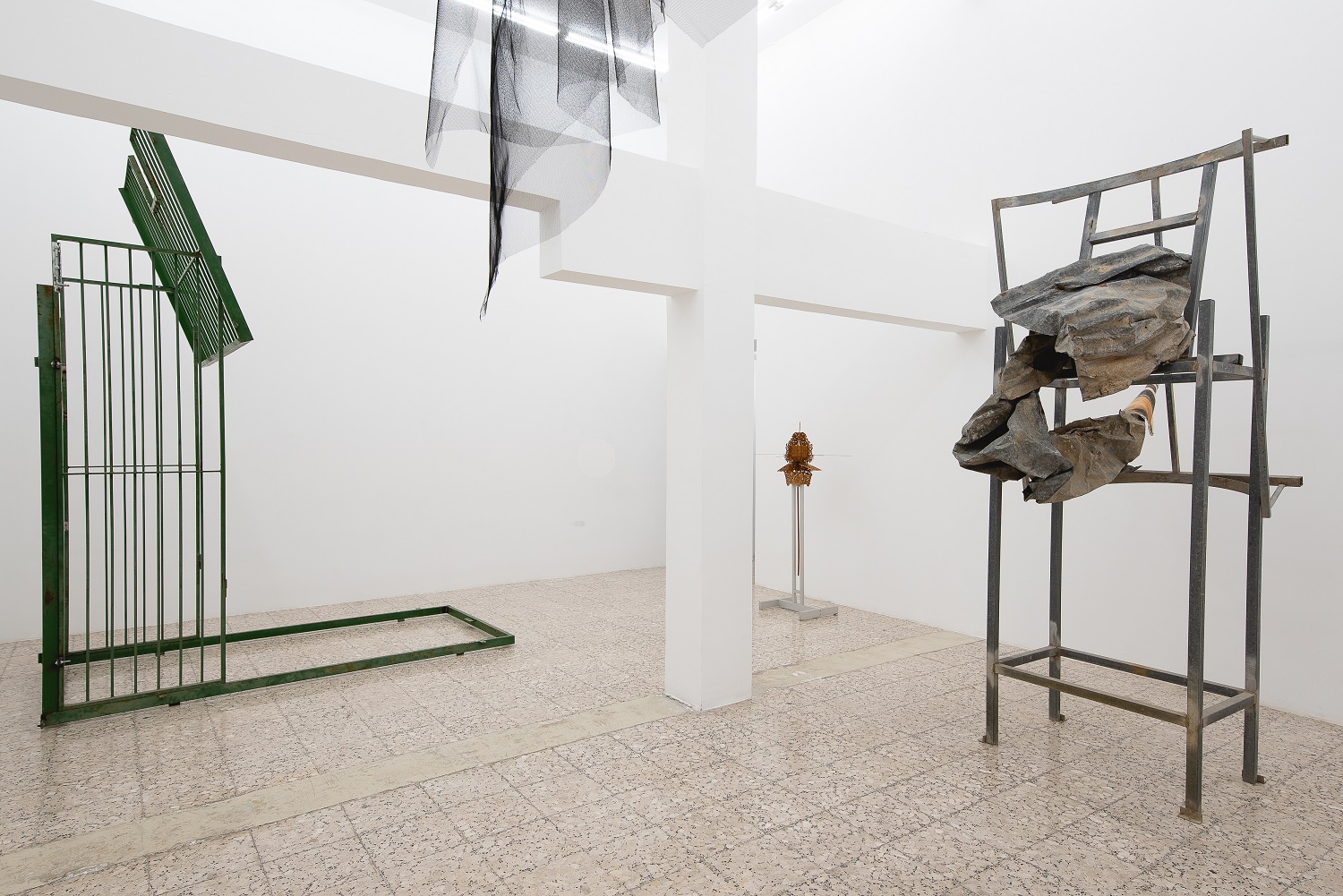 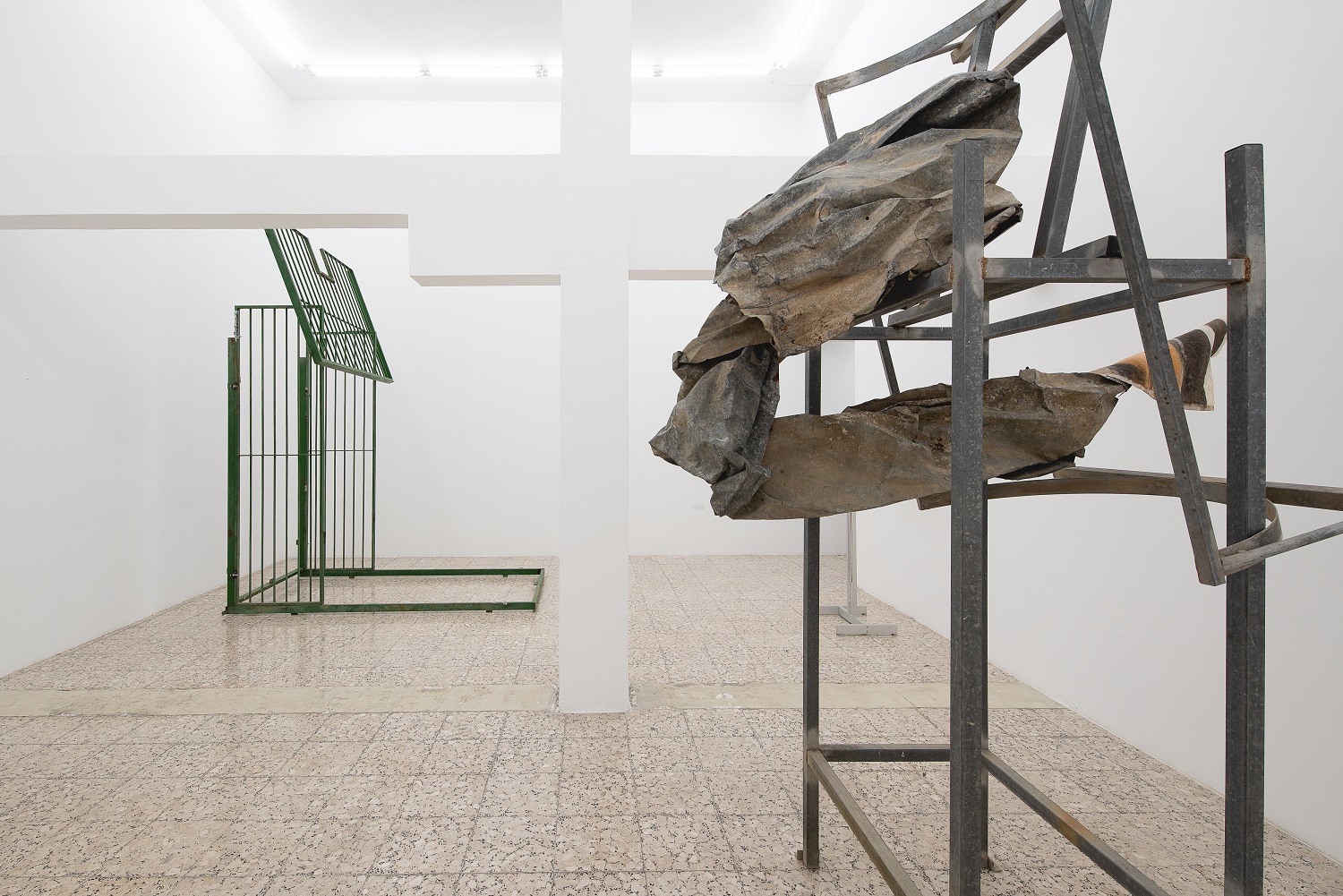 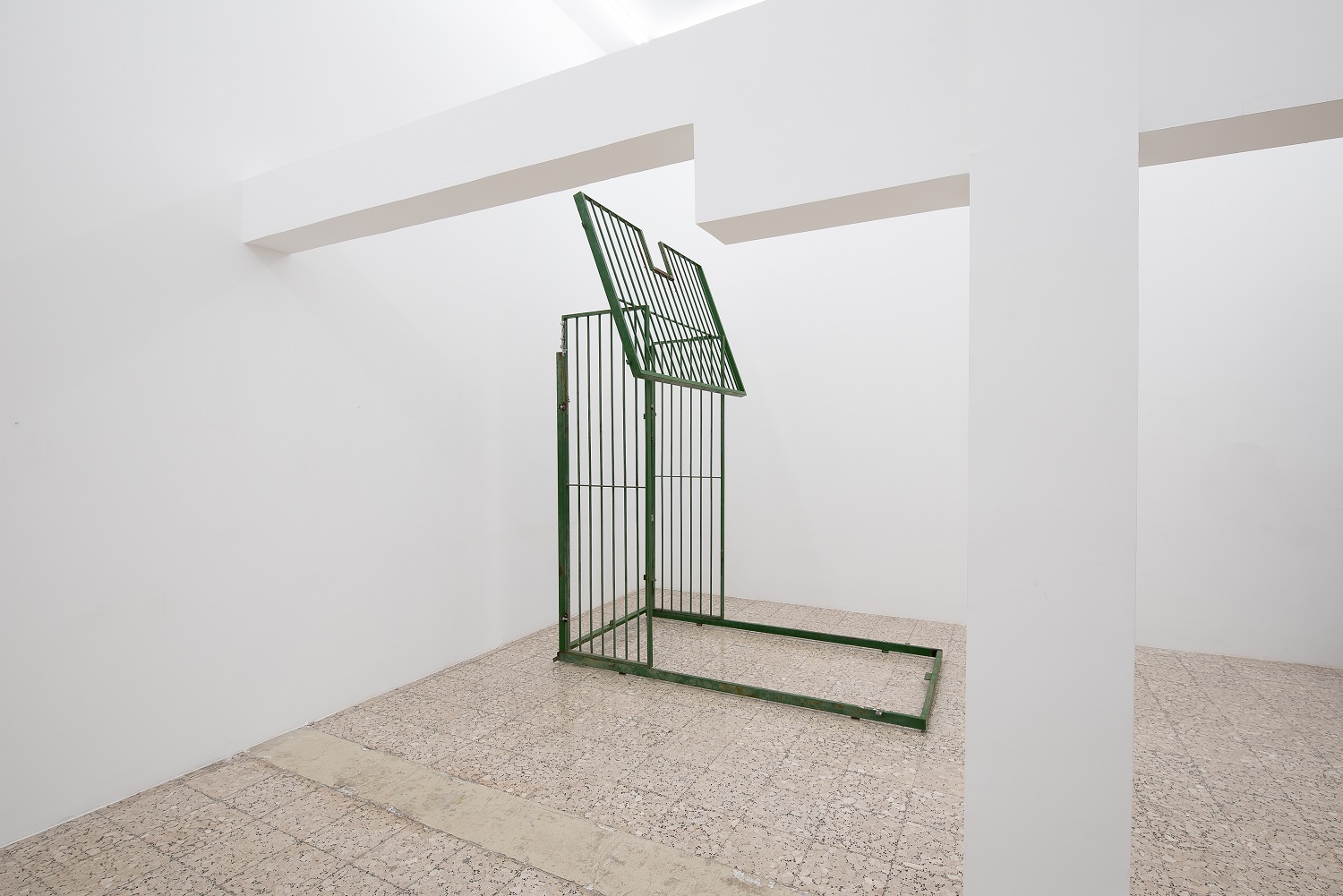 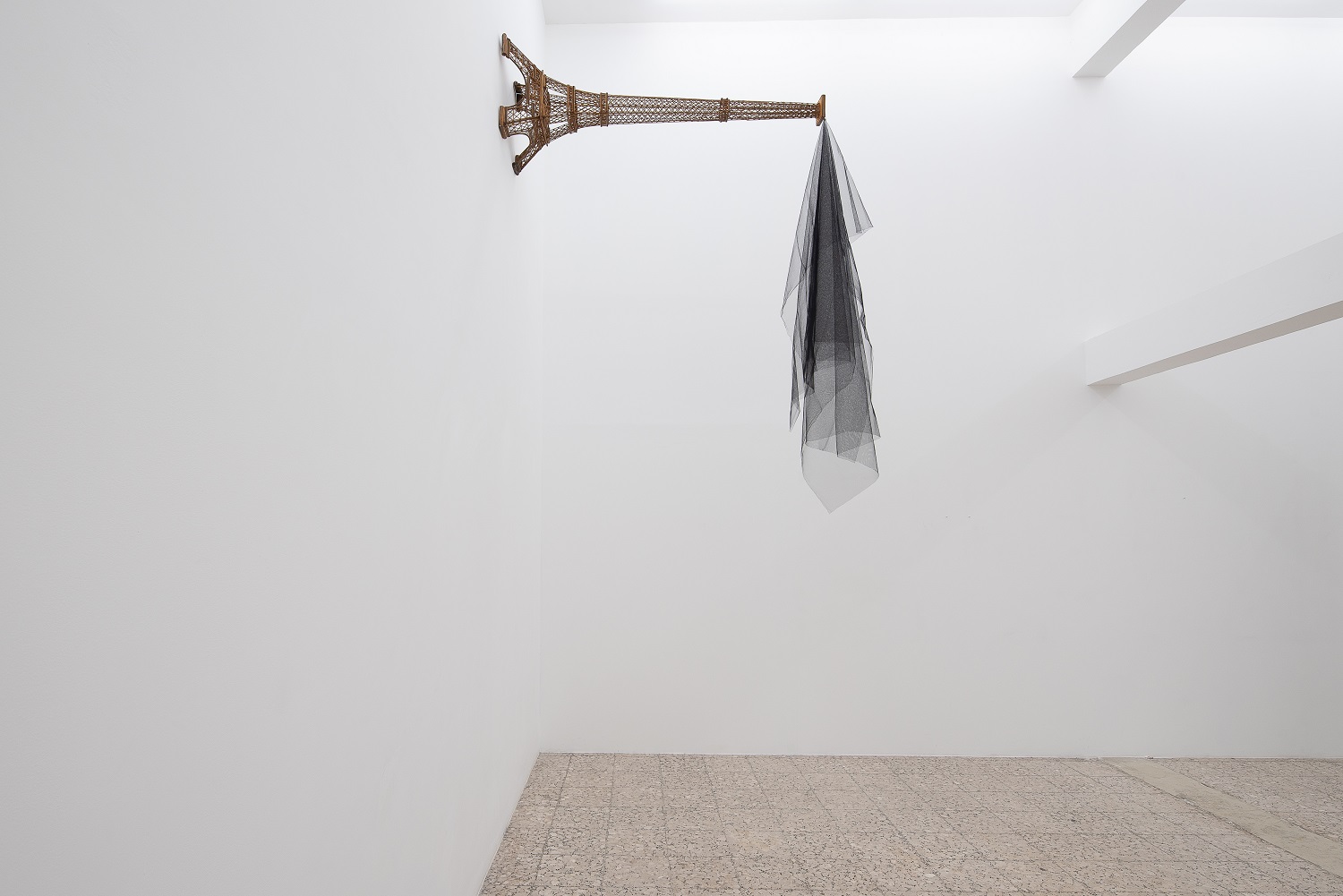 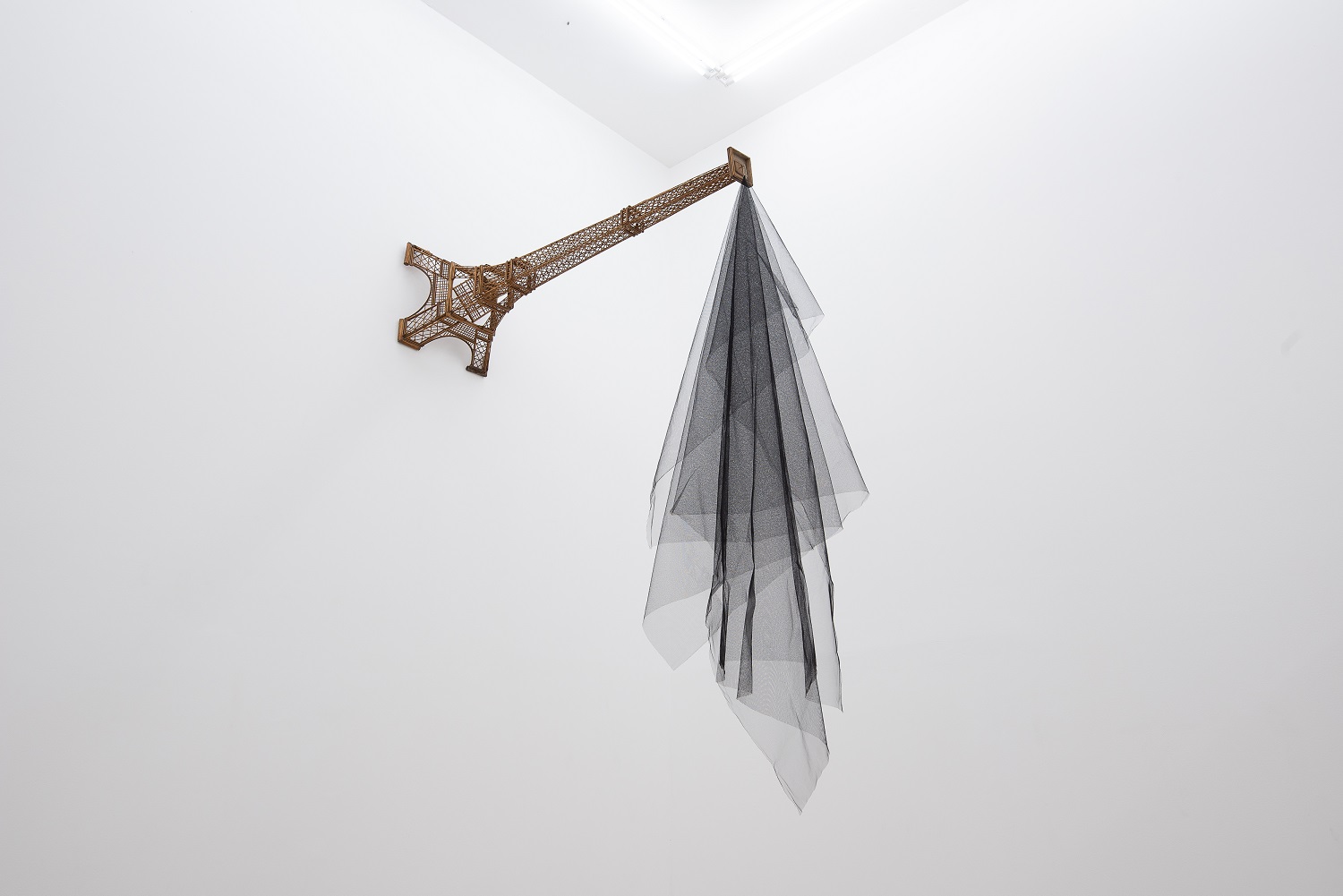 Photos courtesy the artist and Eins gallery
The heart thinks The mind feels
Savvas Christodoulides s works are born of profound, personal experience, which is called forth and reshaped each time by a matrix of core principles.
The creative process begins with the selection of found objects, often second-hand, time-worn items that bear the marks of their previous life. These objects are then used, in whole or in part, to form structures, either by hooking the selected item onto the assemblage or incorporating it directly into the construction. In this way, episodes are created that often carry metaphorical or symbolic connotations. What we have here, in effect, is an artificially constructed syntax, a creation of compositions in which plastic elements are counterposed, entwined and restructured to articulate a convention of aesthetic order. The entire undertaking culminates verbally in a text that resembles a narrative caption. However, this textual reference, with its aphoristic power and linguistic clarity, broadens the perceptual field to encompass paths of an autonomous lexical poetic, rather than merely commenting on the image itself.
That is the method.
We could view Christodoulides s line of aesthetic reasoning as a reflective practice on the found object or artifact, but one largely exercised with emotional candor. The selected objects the geometricized systems of horizontal and vertical piping, the percheries, the scaffolds, the tower and the cage clearly point to a logical structure, to an act of austere construction.
Intersections, nets and meshwork fashion a geometrical framework that serves as an initial apparatus with which to render order. Whatever element is entrapped or entangled within this construction, or hangs from it, produces a visual shock, creating propensities of digression or deviation from the logical order. This potential for displacement, confrontation or even relocation dictate a new order of things of an emotional nature.
In this new state of affairs, in which the heart thinks and the mind feels, Christodoulides s hybrid works of art call for their redefinition in realistic and transcendental terms simultaneously. In an unavoidable game of references drawn from disparate sources, these transformations interweave visual paradoxes in a range of variations. Impressions of intimacy are enmeshed with stipples of age-old cultural codes and the introspective experience of the artist himself.
I think there must be something unspoken that is striving to be expressed through the cryptic force inherent in these works of Christodoulides, but it can only be said obliquely.
For this notion of the unutterable, I rely on my immediate response to seeing these works for the first time, and the thoughts that initially sprang to mind. I had made a note at the time that these were works/acts of transference, enriched with a mix of spiritual force and subtlety, sensibility and reason. Works whose common ground, more than anything else, is the search for what I would call the  sacred image .
Within this framework of my overall perception, each work is nothing less than a self-sufficient, autonomous universe. A universe resembling a rendition of divinity in an archetypal, primordial form that is addressed to the primal source. Something like a prayer to the Sun, likely uttered in the open air rather than in a roofed place of worship.
Thalea Stefanidou
Tags Cyprus, Eins Gallery, Limassol, Savvas Christodoulides
Newer Post Older Post Home