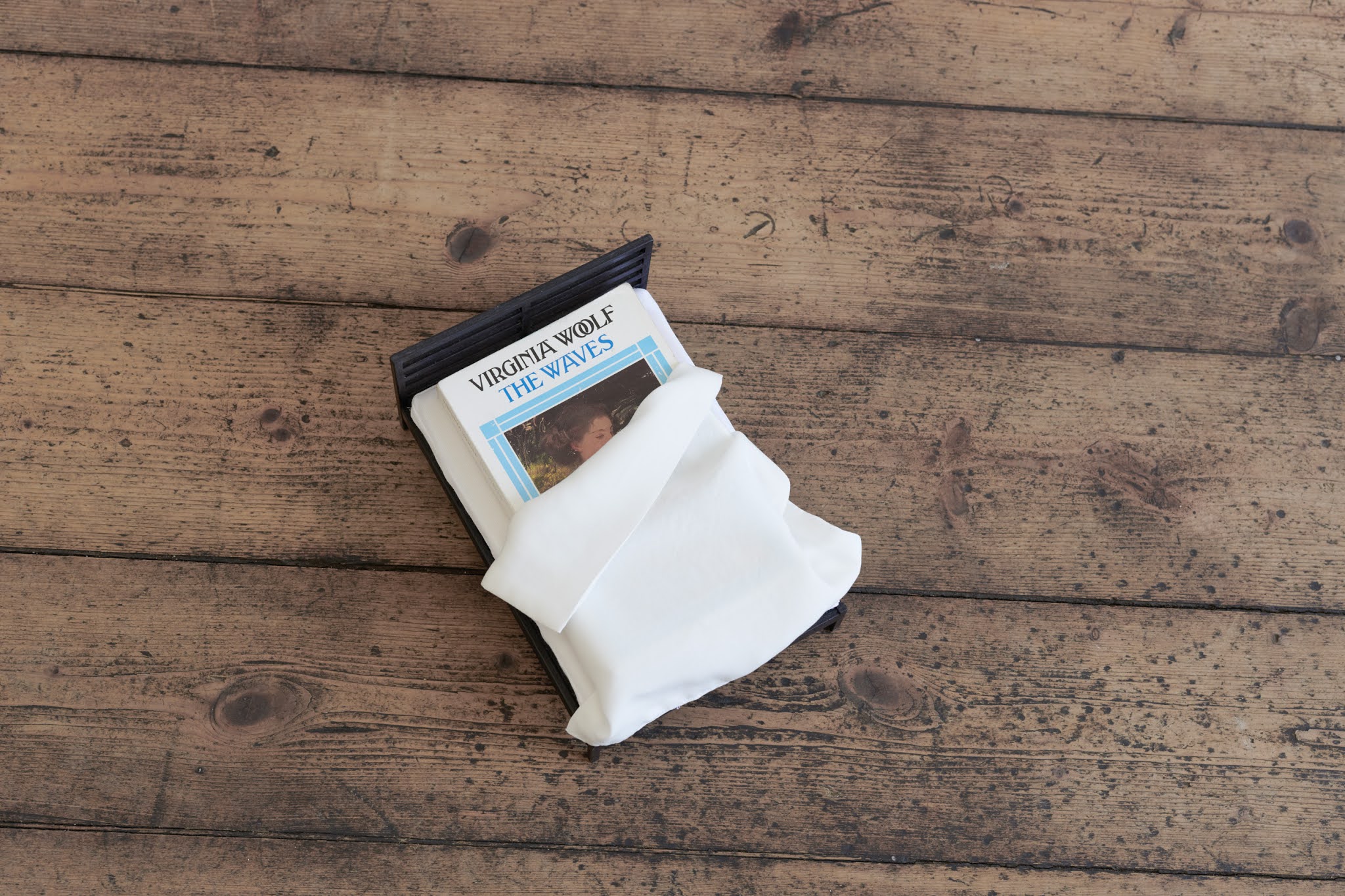 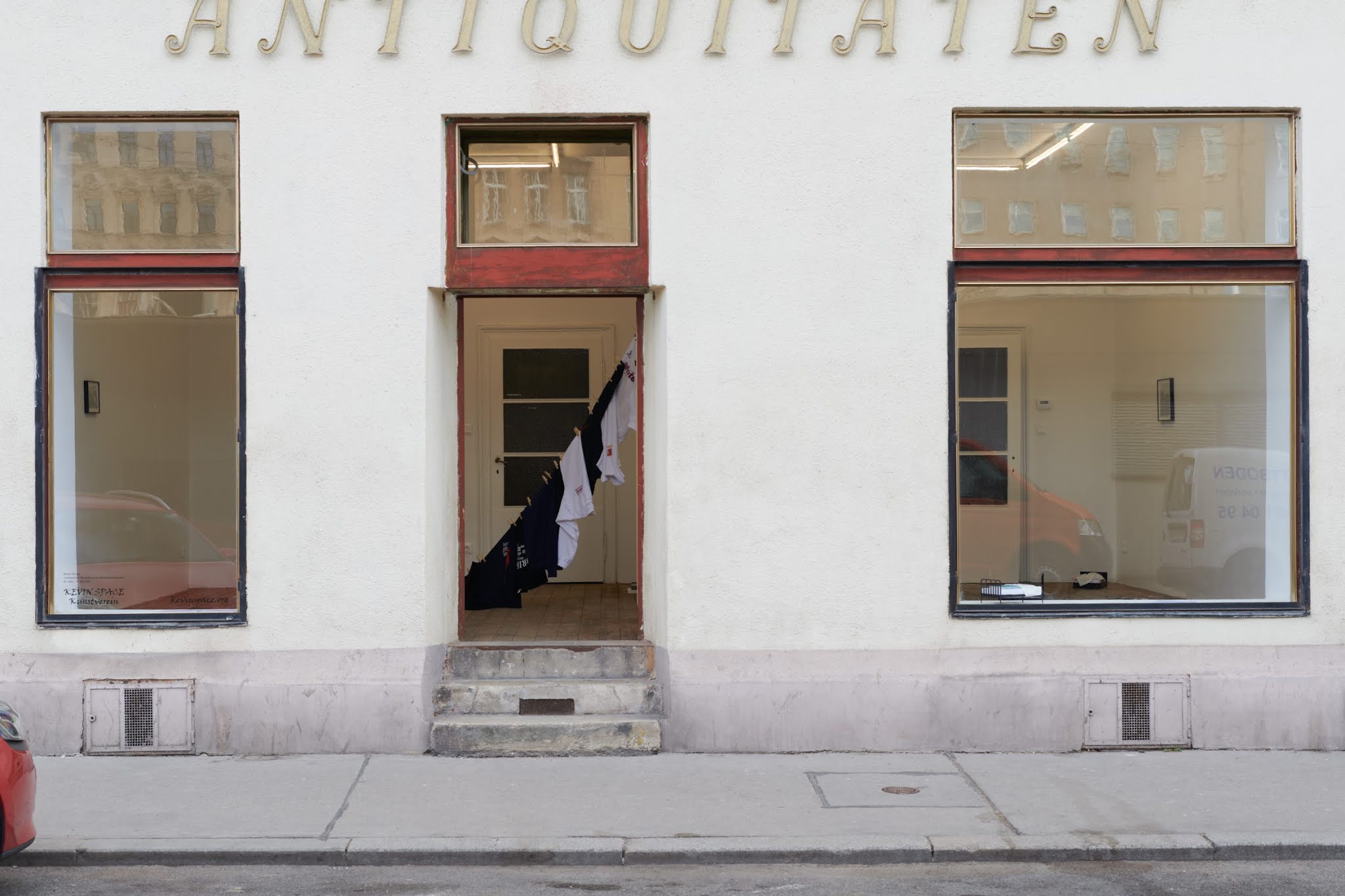 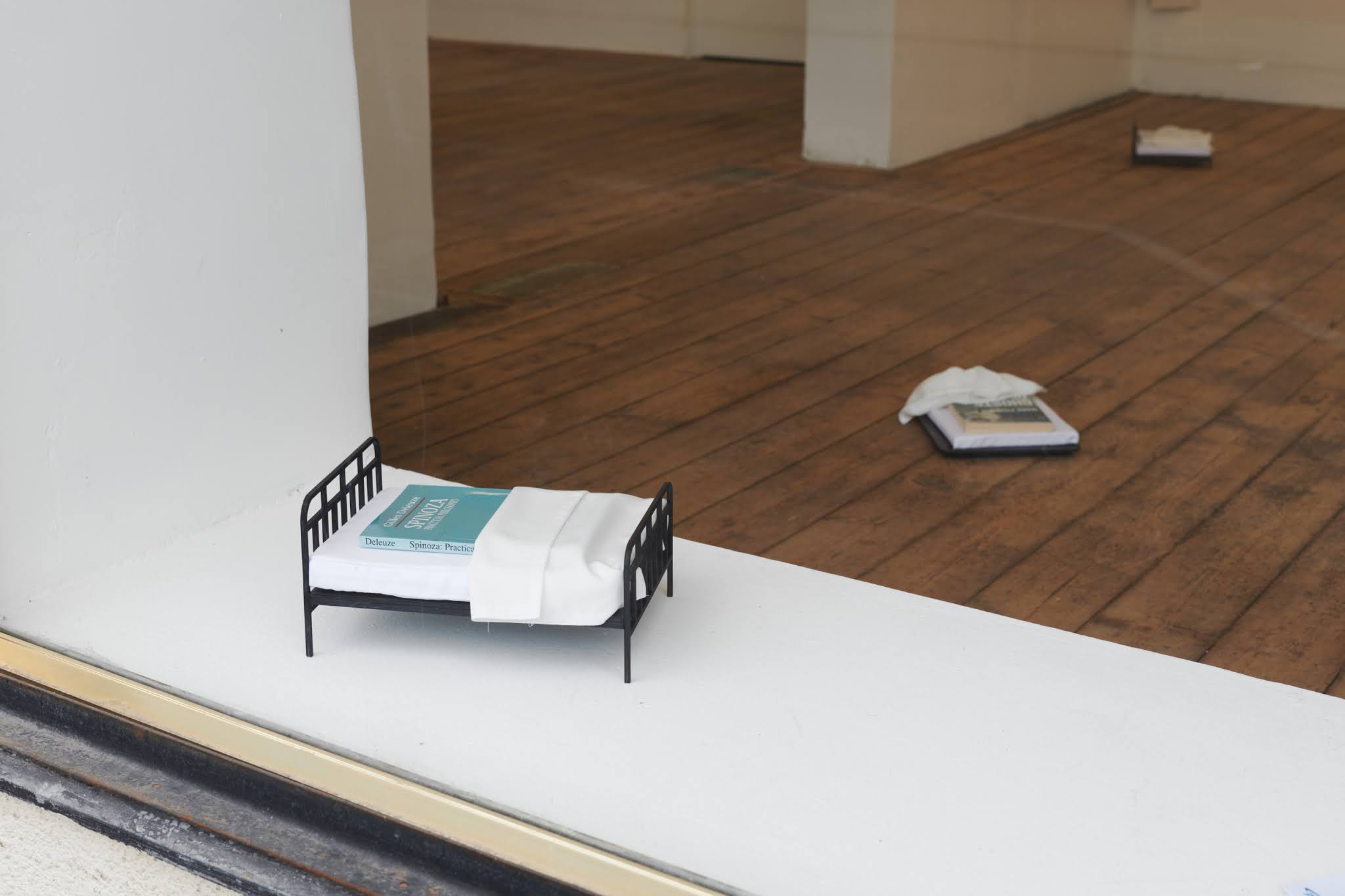 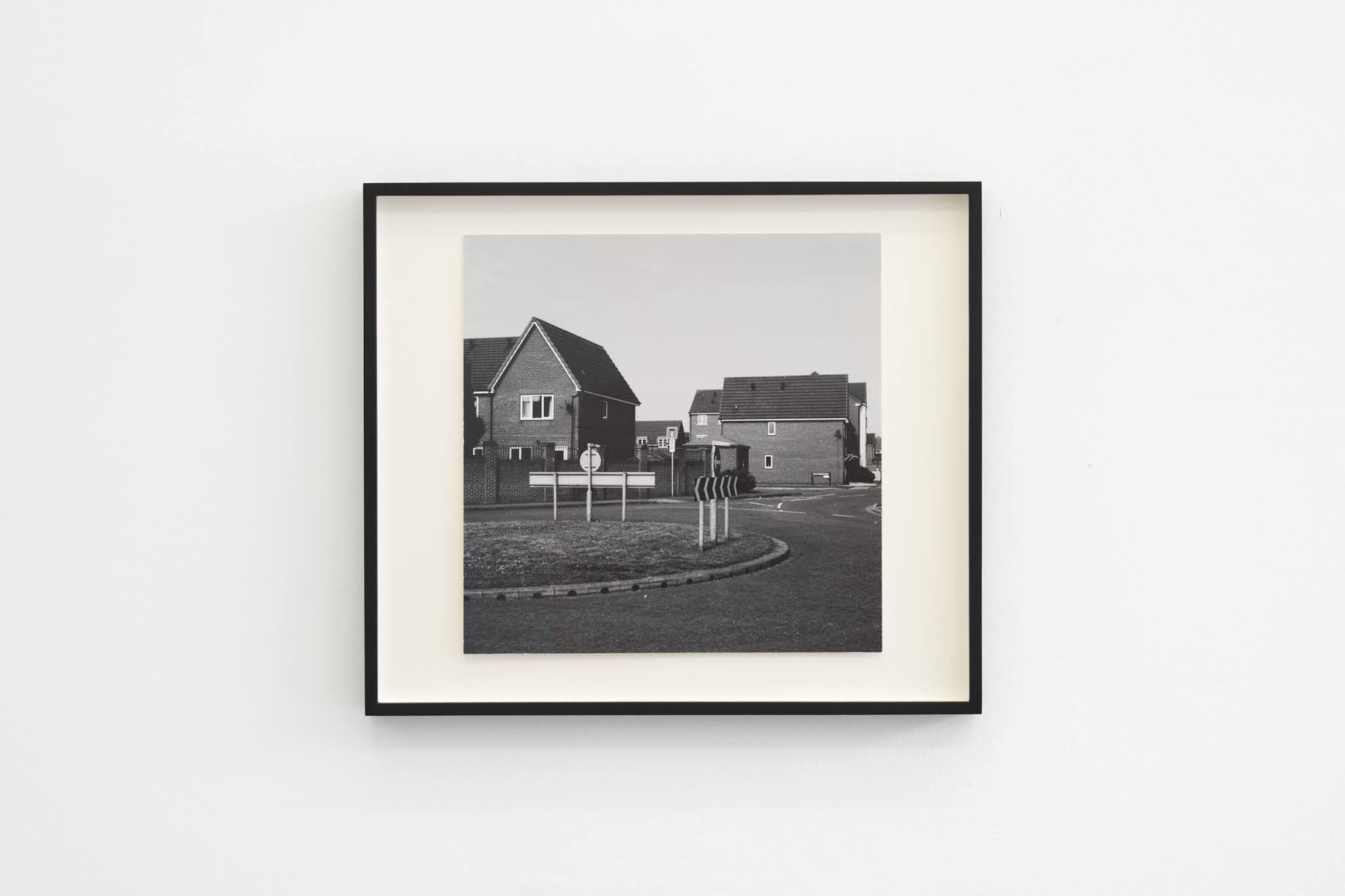 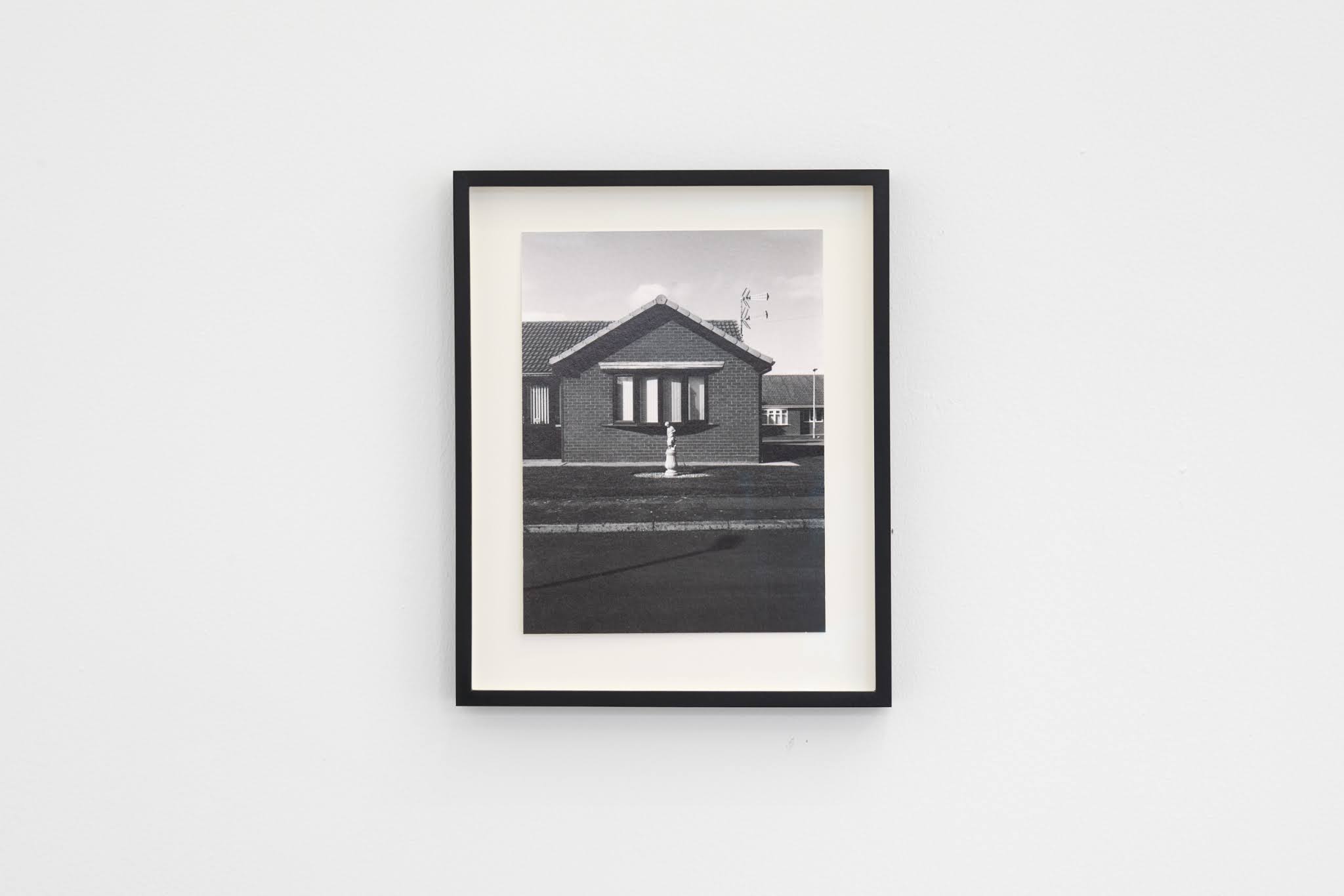 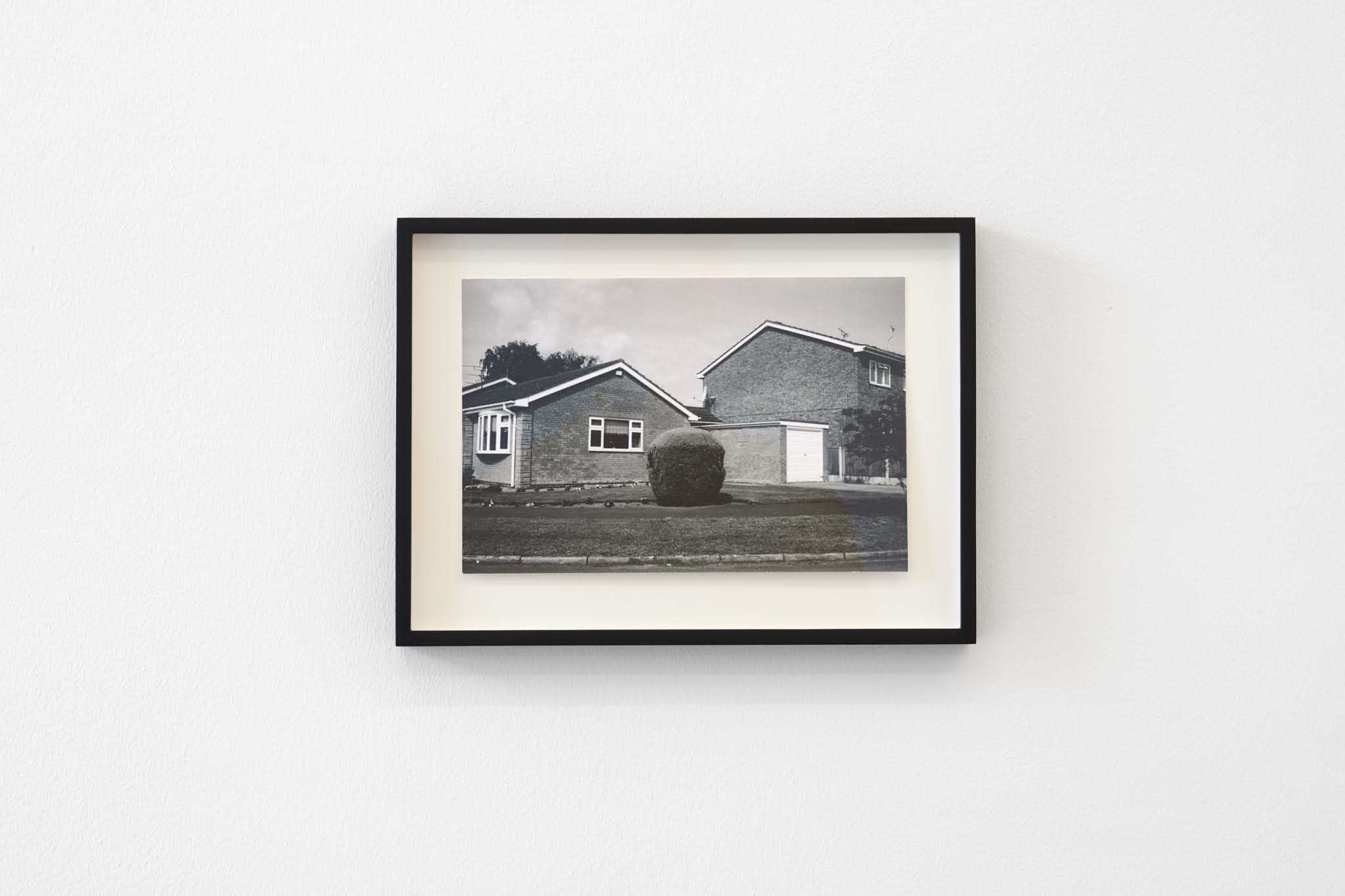 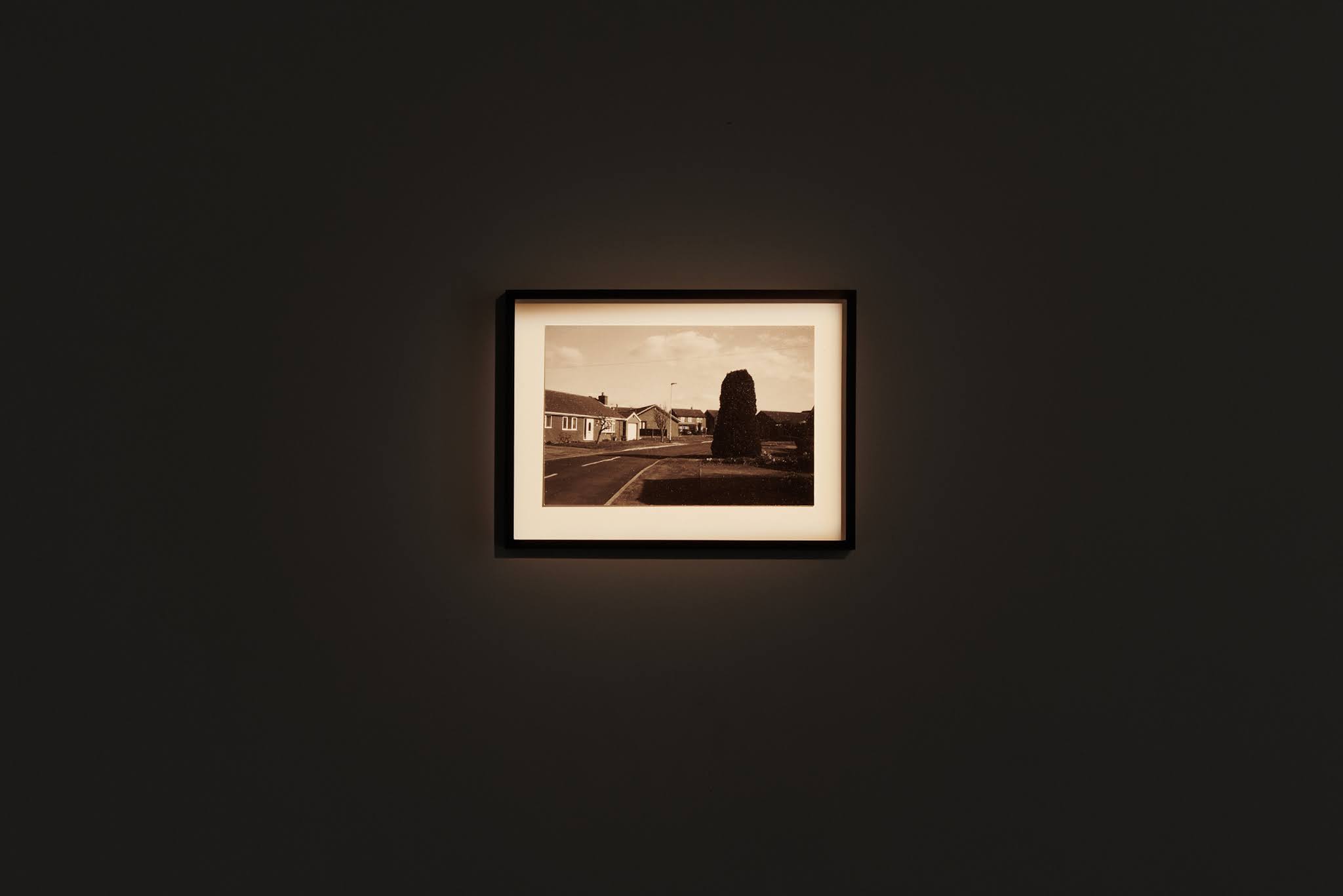 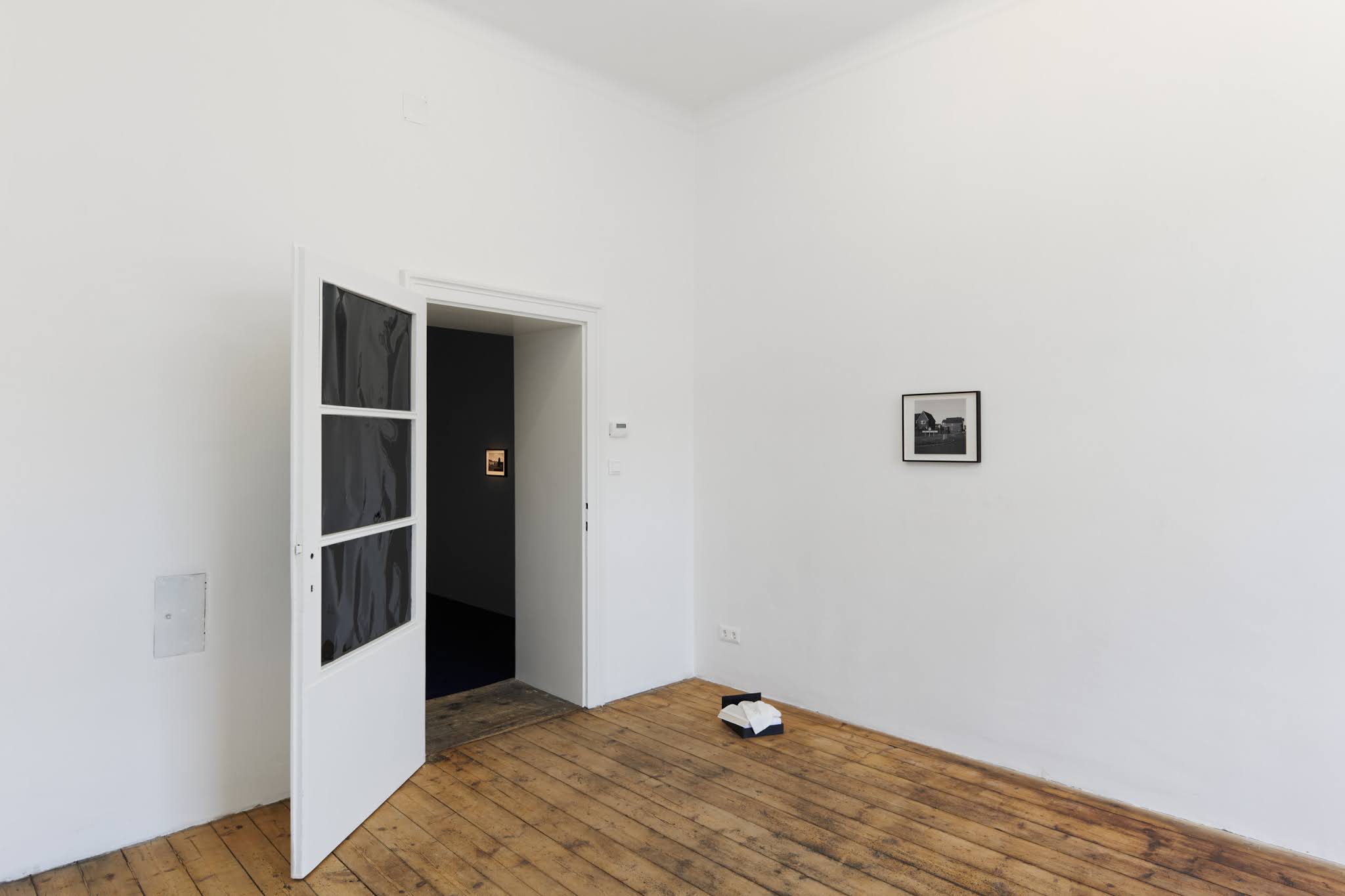 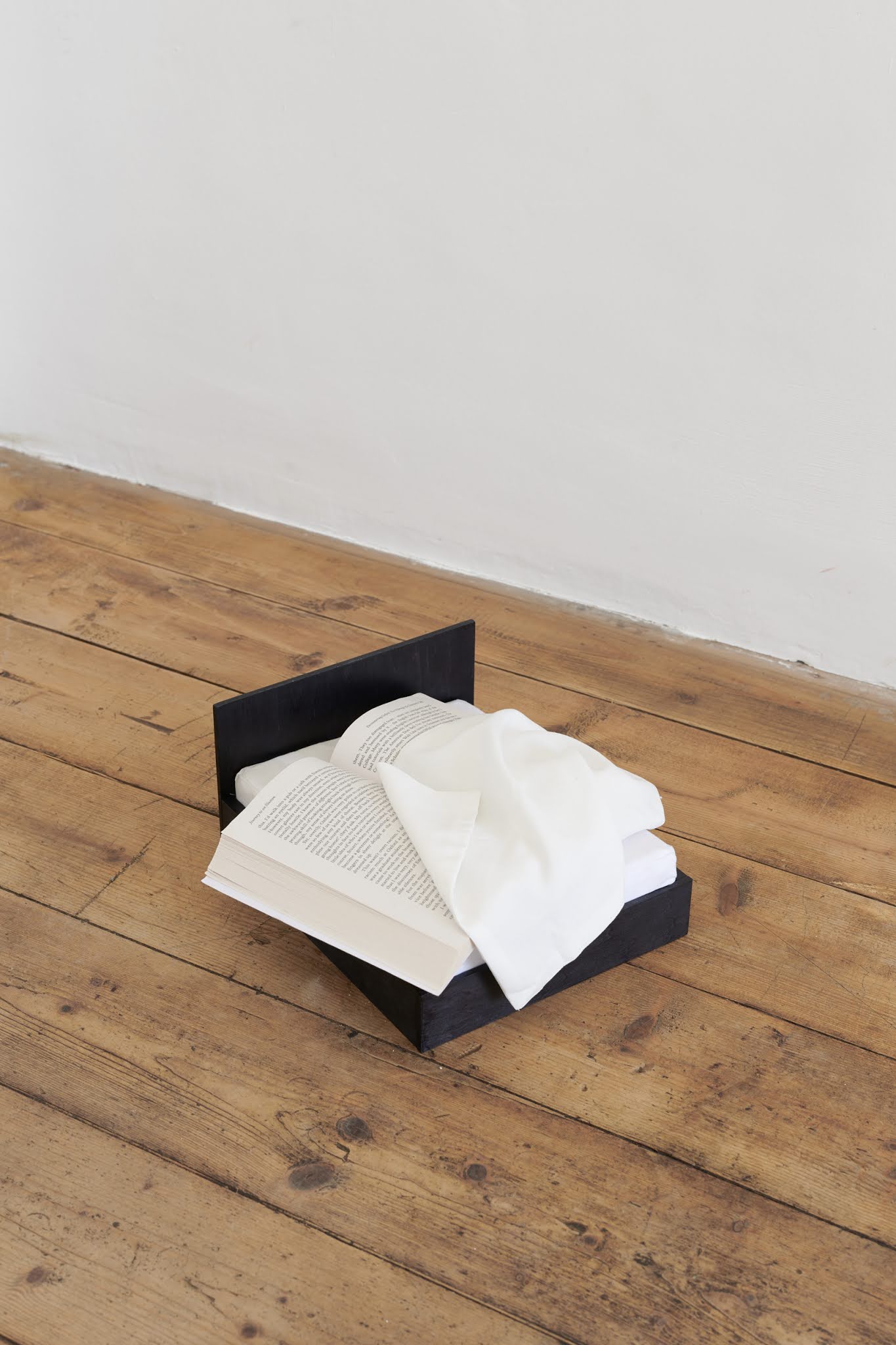 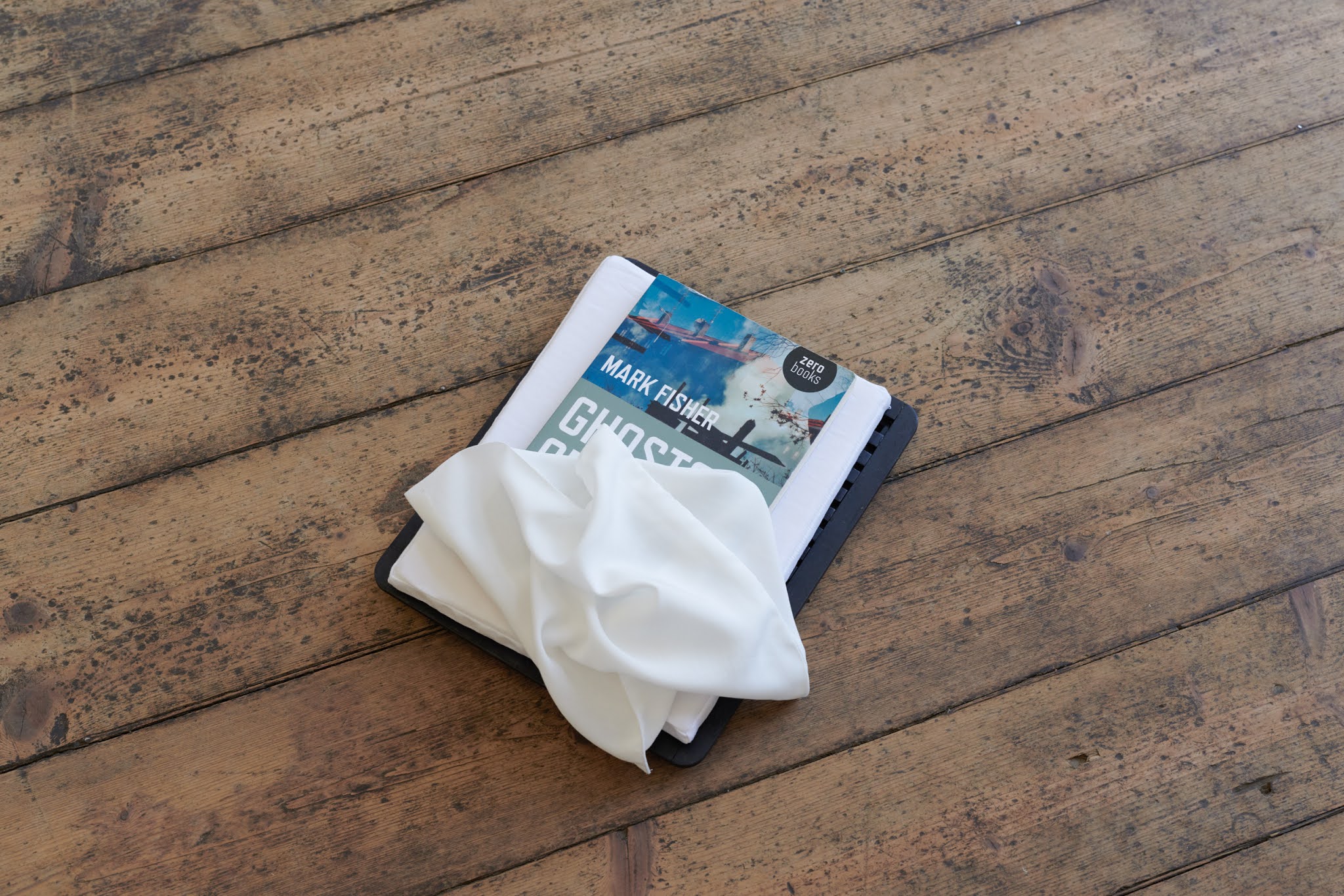 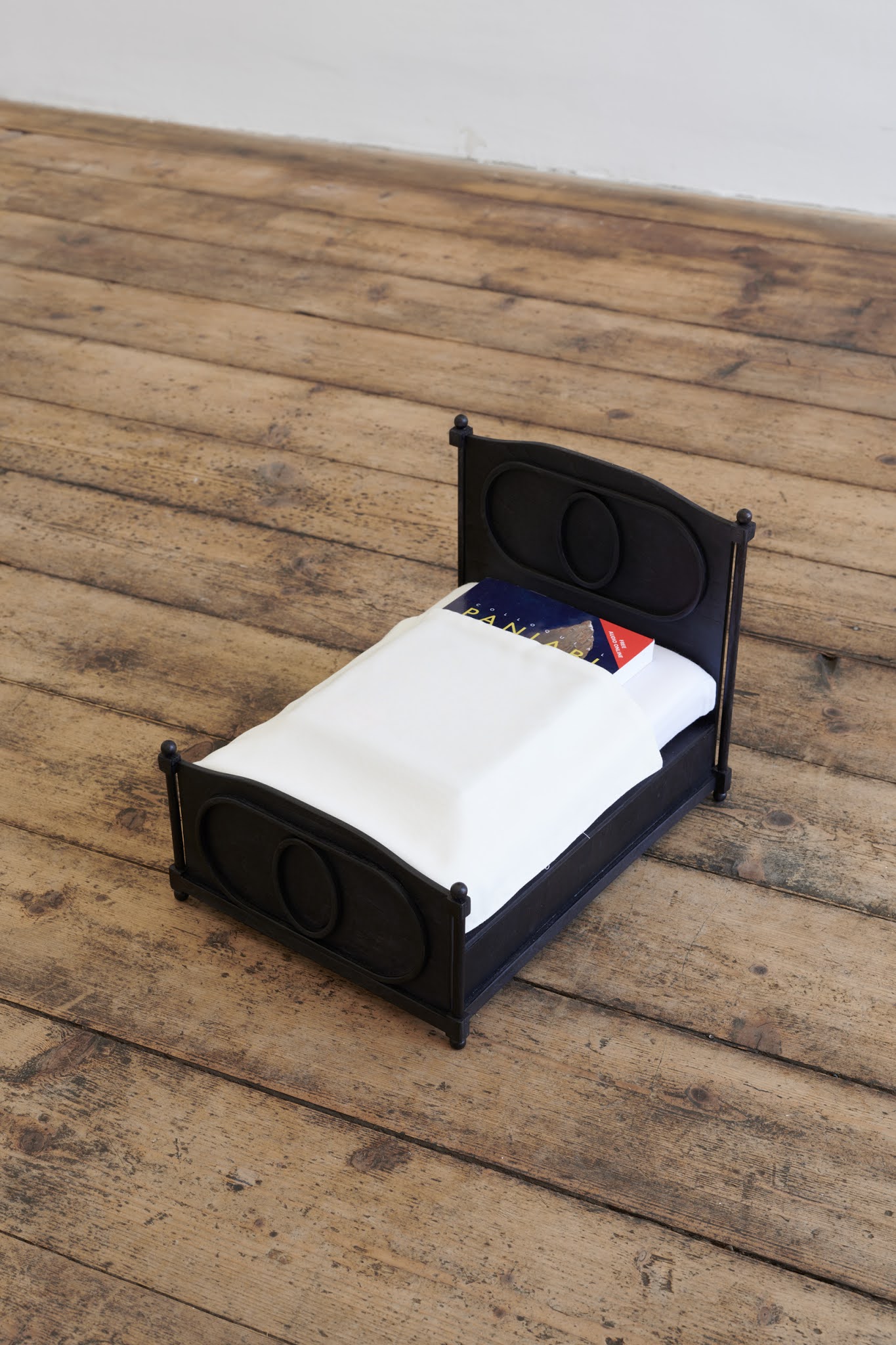 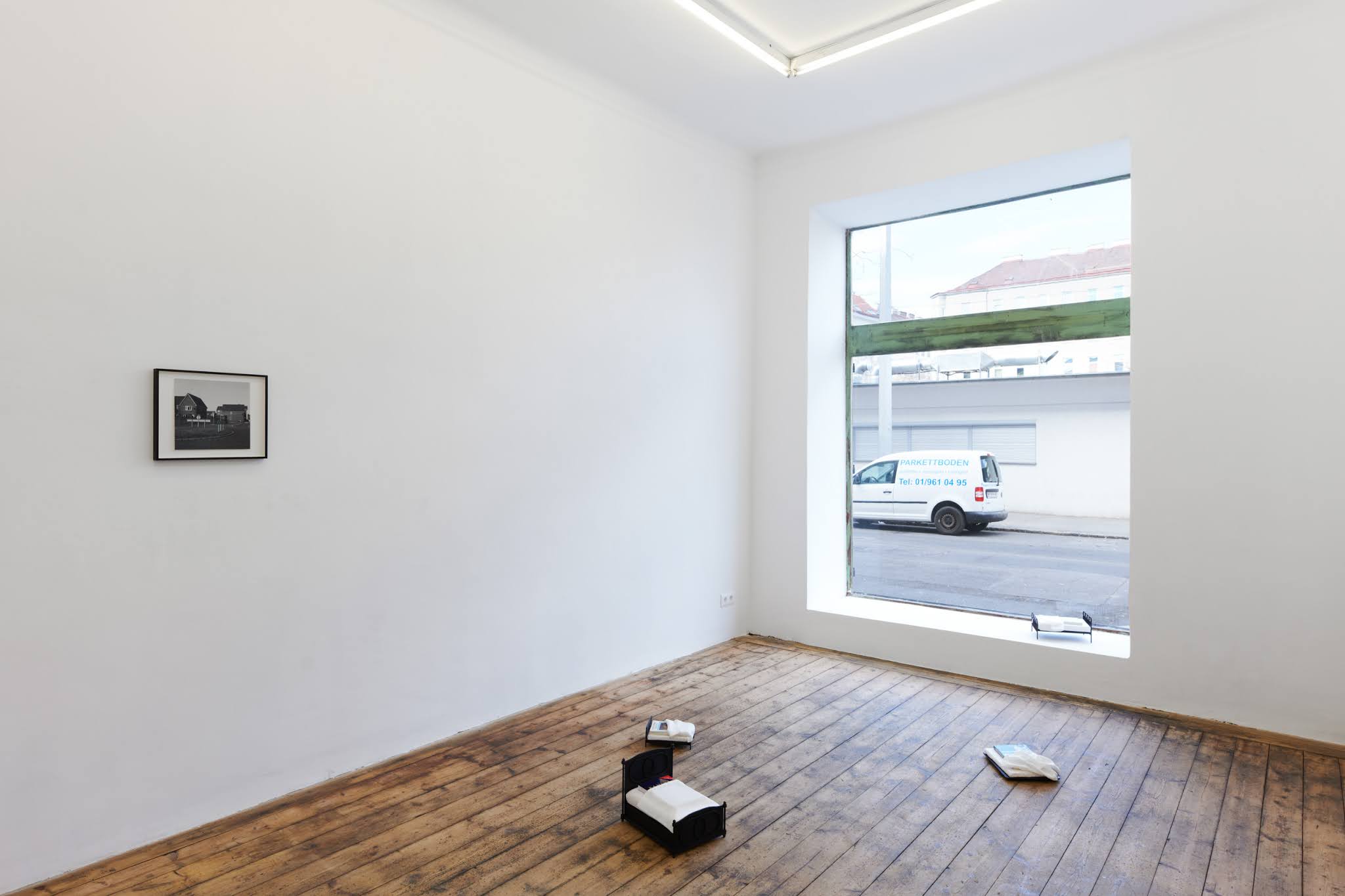 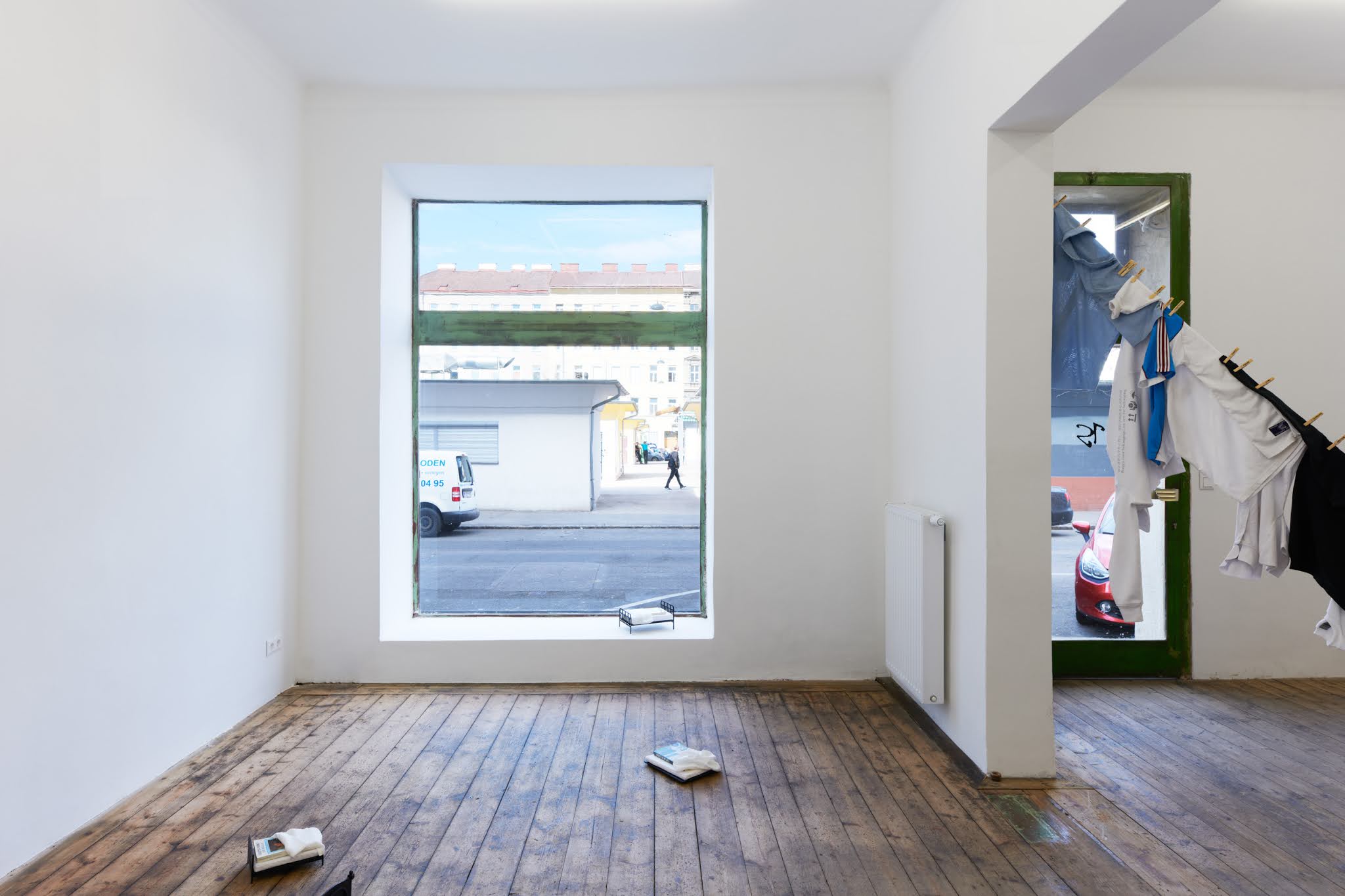 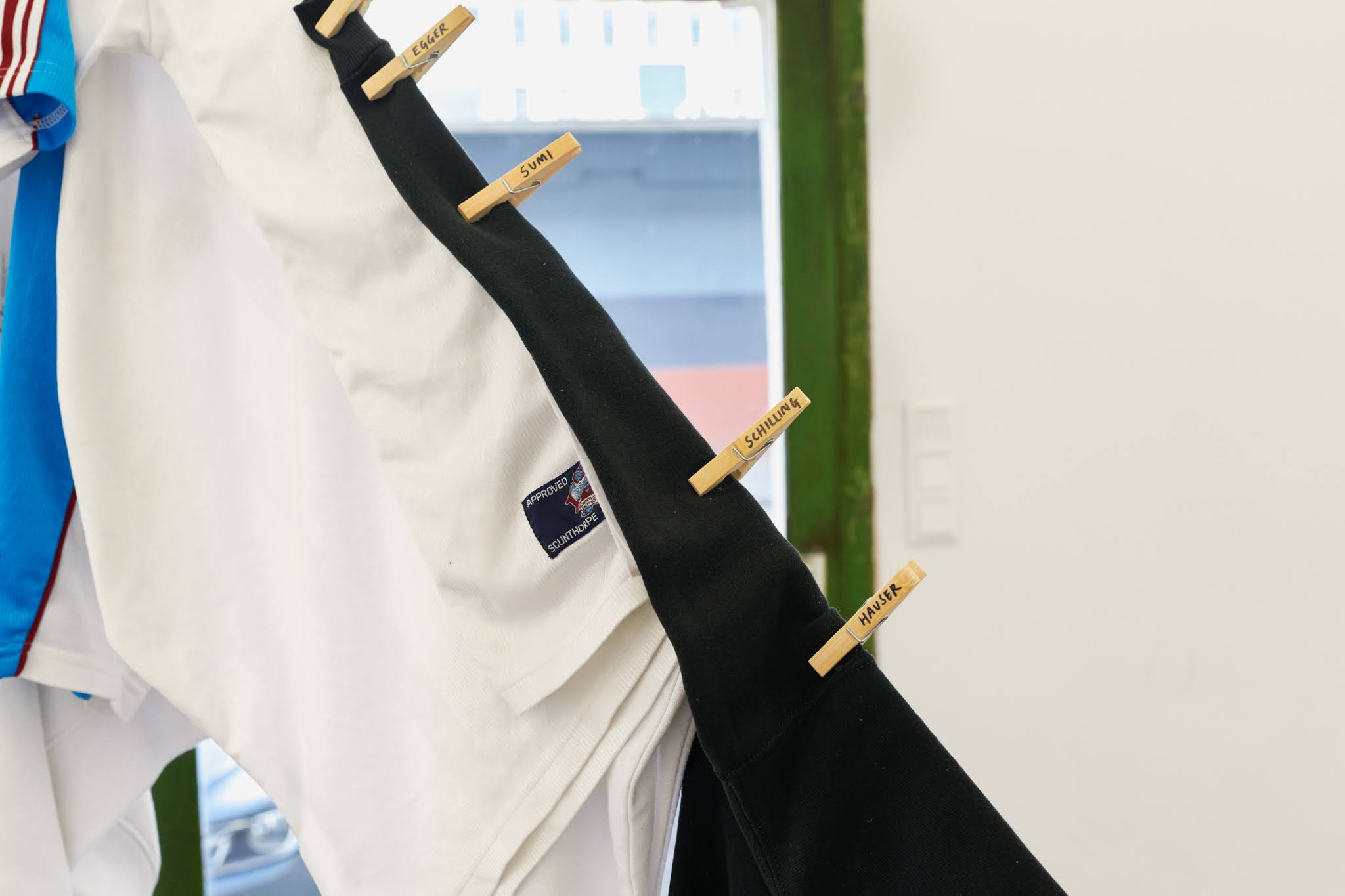 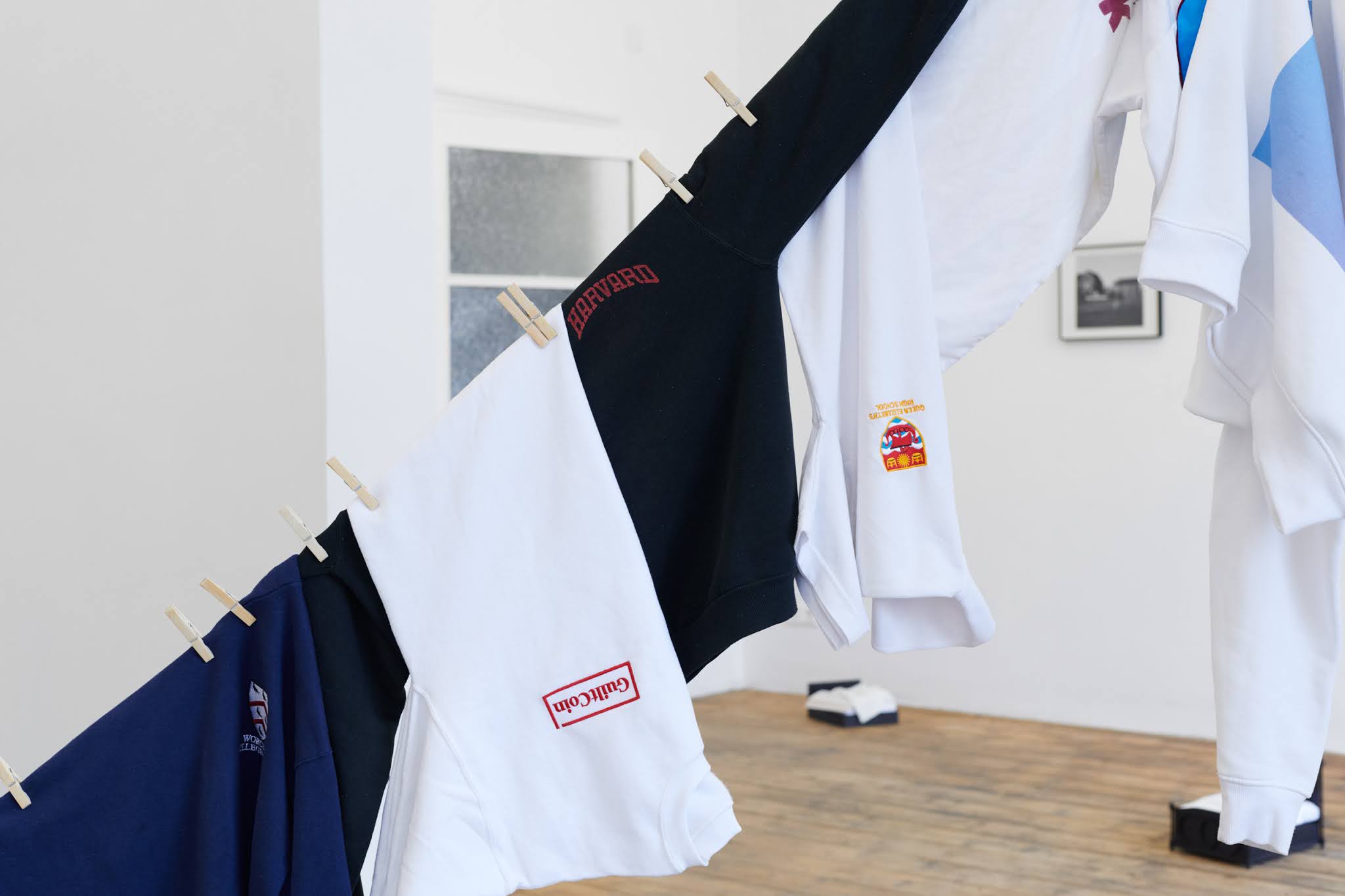 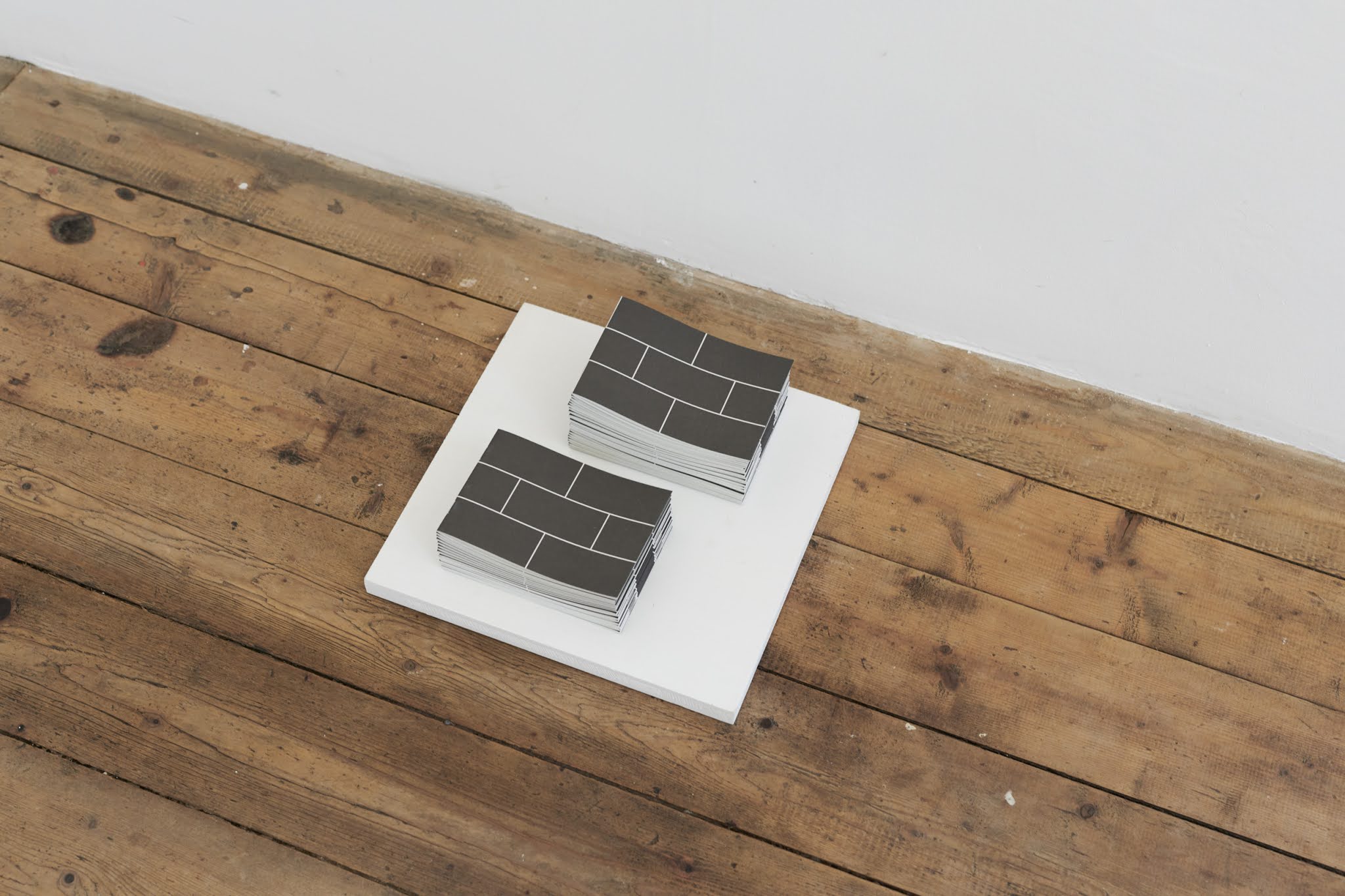 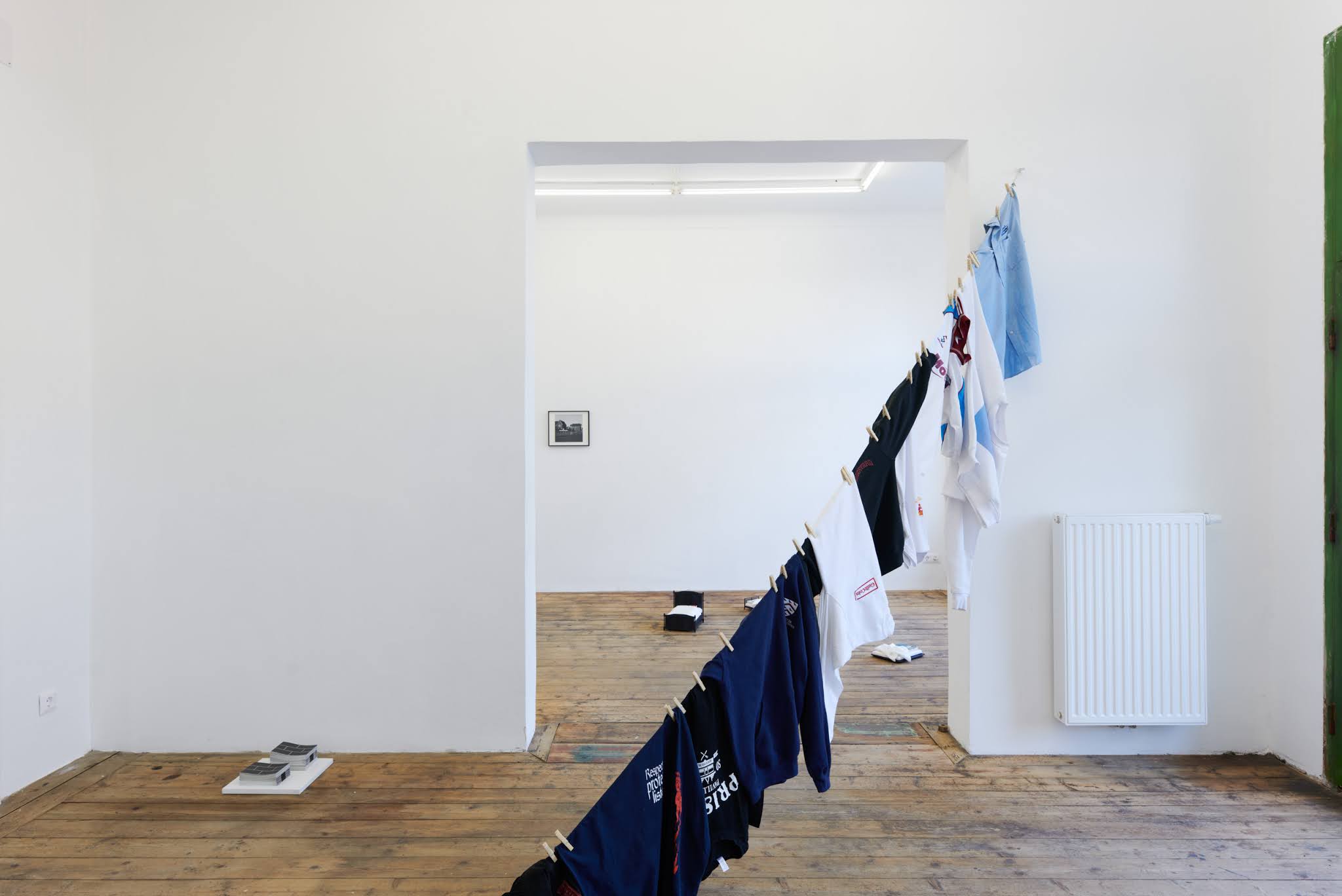 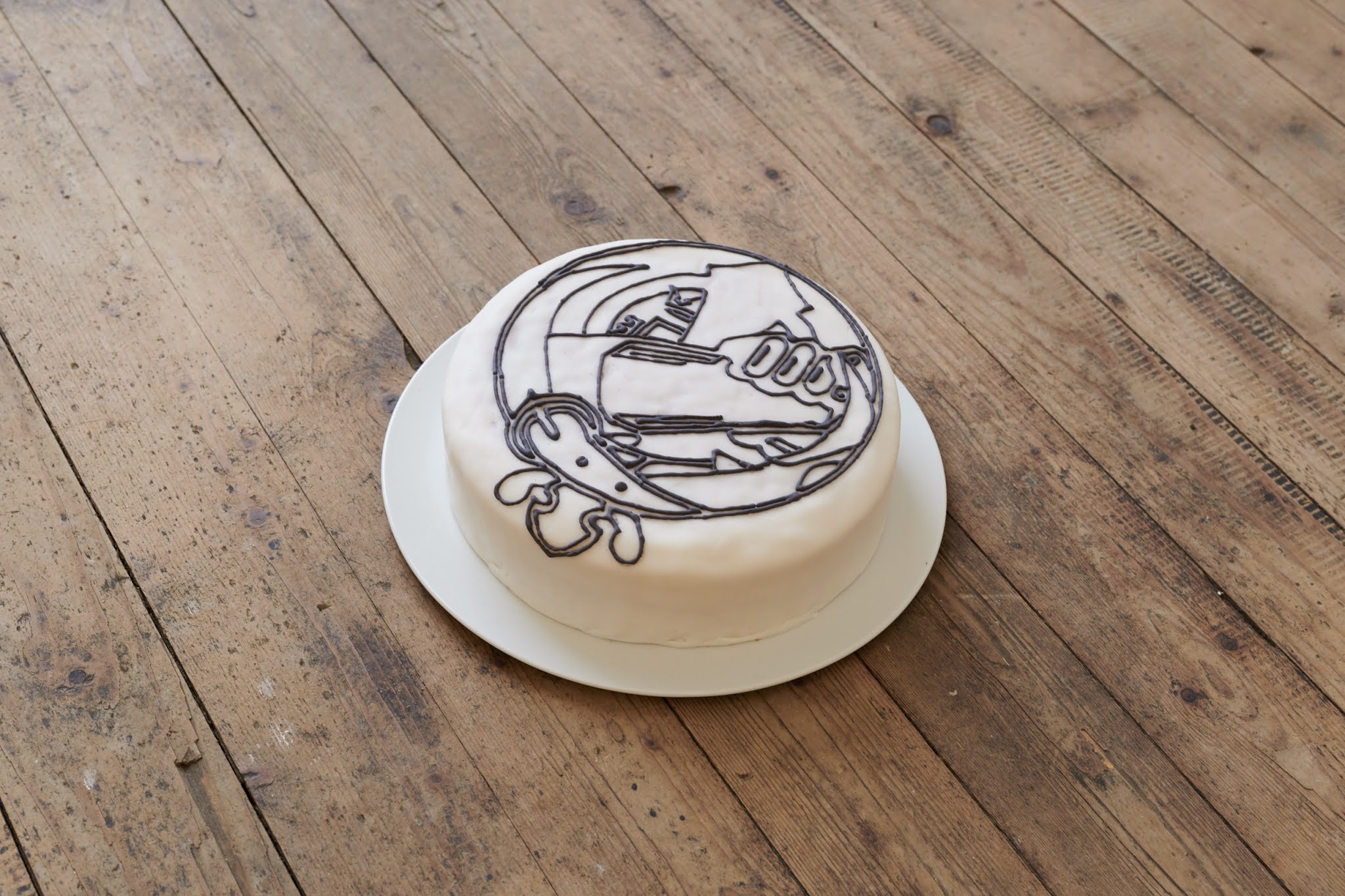 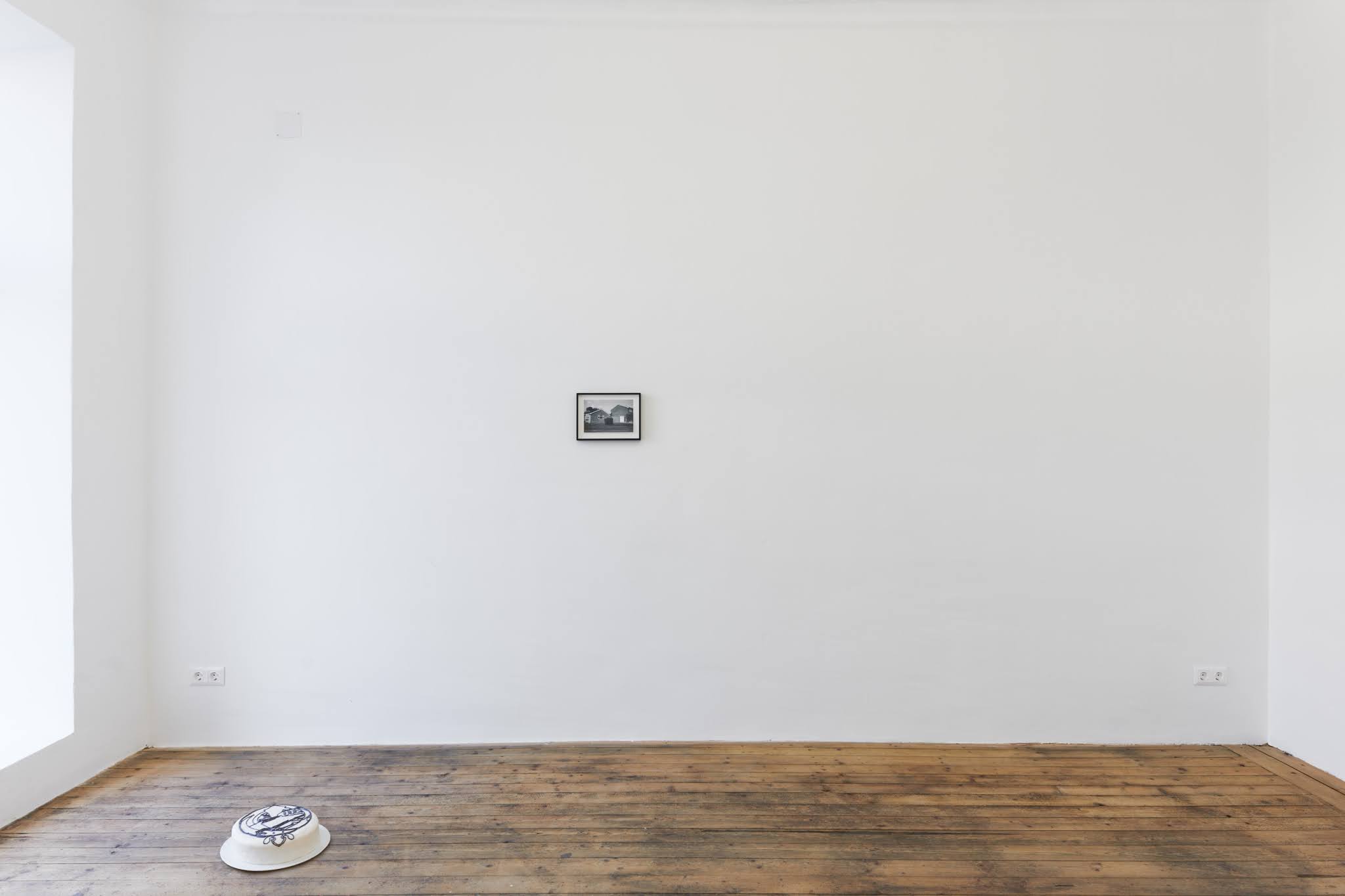 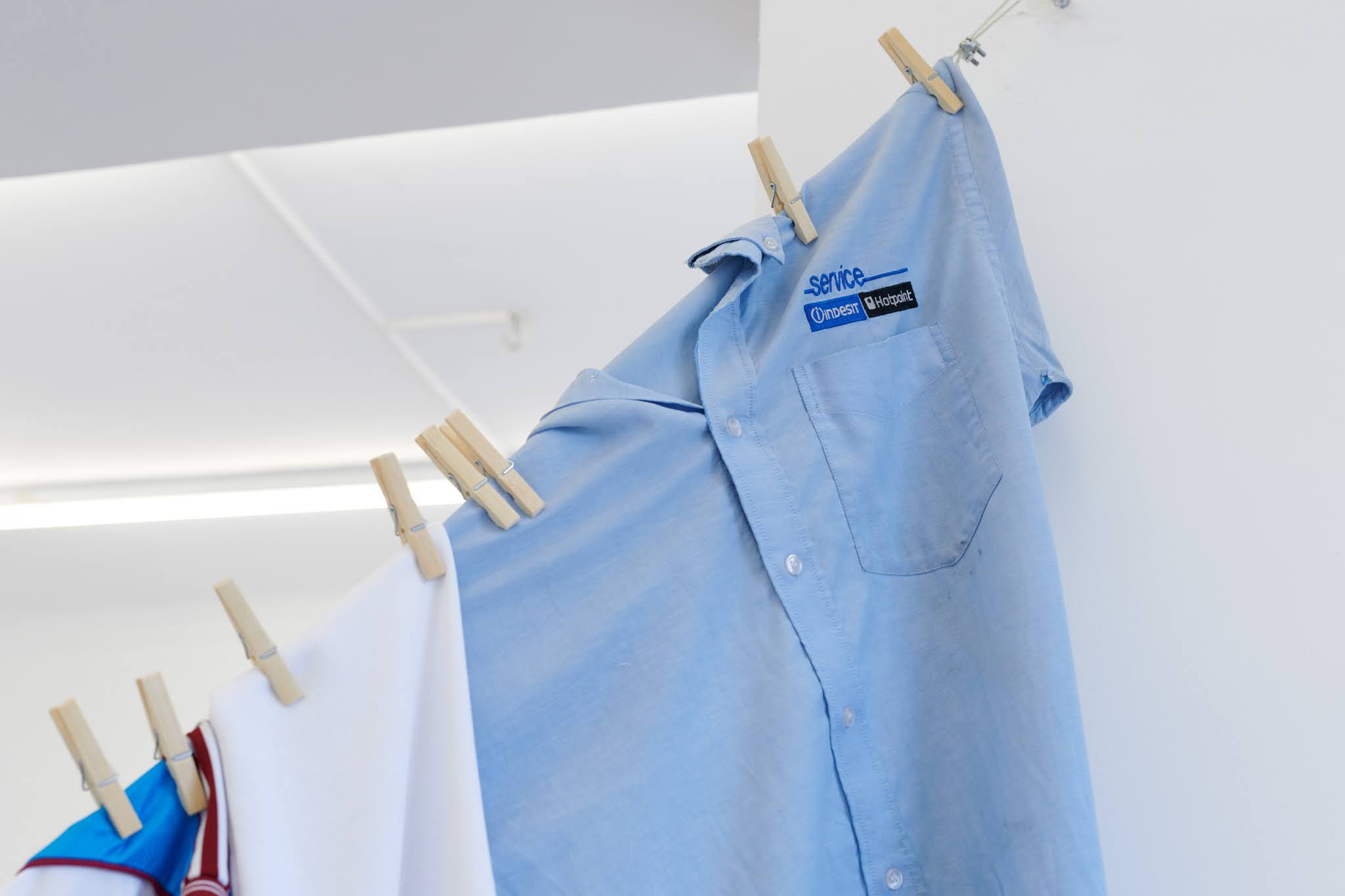 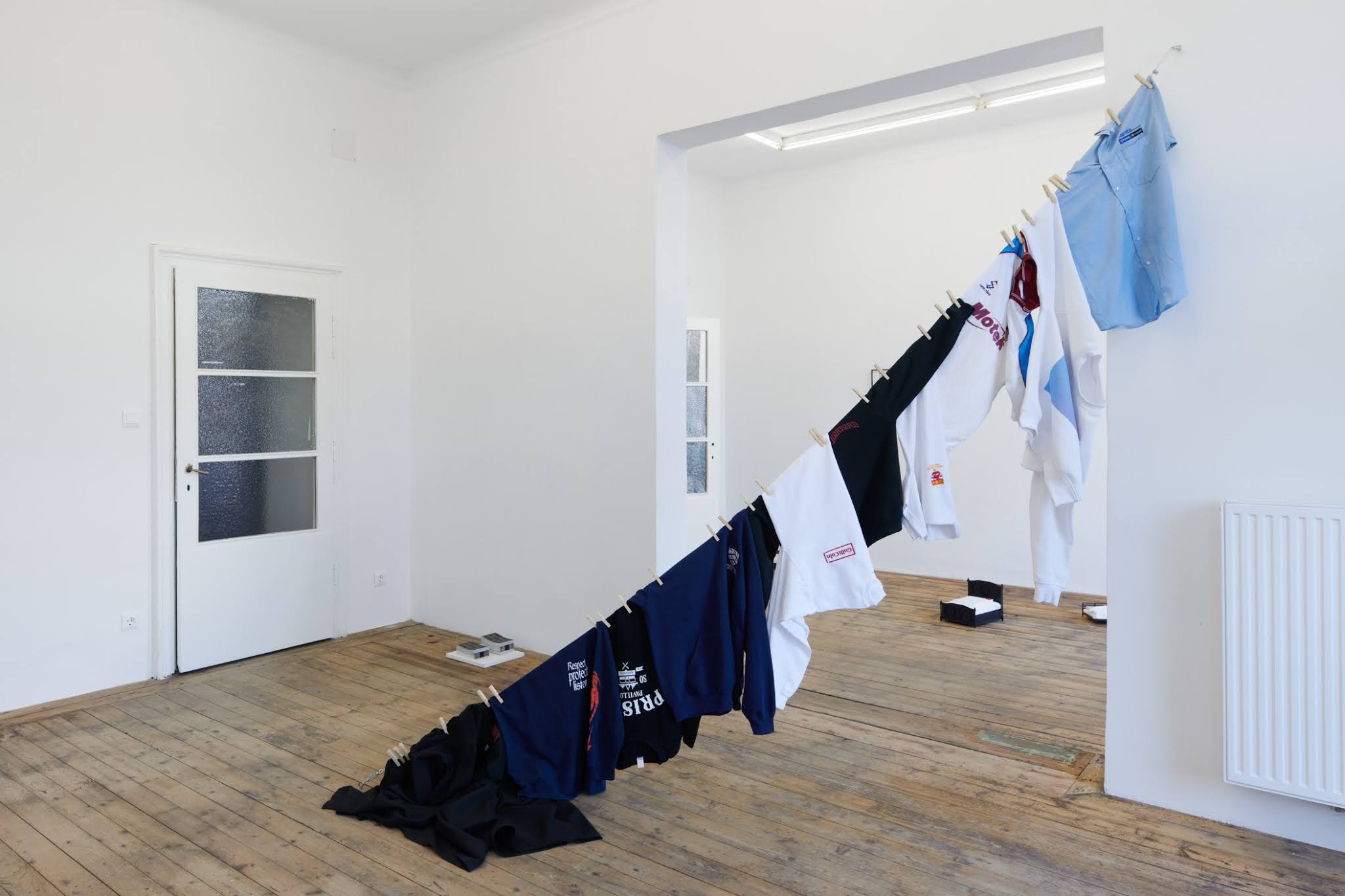 Indebtedness: Die Haftung der Geschenknehmenden marks the first exhibition project by Stoney and manifests as an expanded writing practice and an exercise in non-linear story-telling as well as vernacular idioms and idiosyncrasies to explore subjective, inter-generational and gendered historiography. Text, photography, sculpture and sound here tangibly negotiate fine lines between nostalgia, critical historicity and attempts to reinstate alternative perceptions of reality for the present and future.

The title of the exhibition encompasses the double meaning of indebtedness as interdependencies that are both culturally and economically rooted. It aims at a growing immobility between classes that is incited particularly sinisterly in the United Kingdom, although an expanding culture of debts can be experienced throughout the European mainland. Indebtedness also points to an intersectional self-reflection of being part of a diaspora as well as to the phantom limb of inherited family traumas, that are both deeply personal but also intergenerationally and historically ingrained.

Departing from Scunthorpe Correspondences, a dialogue between Stoney and Tom Glencross, a UK-based writer and friend, that was conceived and published in the given framework, this exhibition is set alongside the struggles of the working-class in Scunthorpe, where both authors grew up. Once a symbol for prosperity and wealth, the town in northern England now faces widespread precarity and disenchantment due to the decline of the steel industry and deregulating, globalizing processes. This conversation as well as the exhibition interrelate Stoney’s family’s trajectory with larger colonial histories of the UK and the Partition of Pakistan and India in 1947.

Details of the town of Scunthorpe are visualized in the exhibition through a selection of Glencross’ black-and-white photographs (Sensual objects, real qualities), reminiscent of the social realism of New Objectivity, such as Bernd and Hilla Becher’s portrayal of decommissioned industrial buildings and workers’ homes prior to their vanishing. The installation Real objects, sensual qualities echoes a ritual performed by Sikh communities in their temples: here, every night the Guru Granth Sahib (the holy book) is carefully brought to bed and awakened in the morning, to be carried back to the prayer hall. Alluding to this ritual, Stoney’s installation consists of six individualized miniature beds that accommodate a selection of books grounded in feminist, anti-capitalist and de-colonial thinking. Interwoven with this

specific religious phenomenon are thus educational, cultural and economic aspirations and expectations, reflected in other aspects of the exhibition as well as the writings and performances embedded therein: Better biographies (Kevin) is a performative activation of Stoney's personal archive of letters from the Student Loans Company, which are signed off by a certain “Kevin O'Connor.” A phone call with Kevin teases out questions about debt, responsibility and sociality.

The contemporary (self-)reflection of diaspora communities within and beyond the British context is manifest in the audio installation O my mother, I am in love with a hawk (Bird)—a newly-produced Punjabi-diaspora mix by London-based producer and DJ, Yung Singh, which traces musical forms, such as Bhangra, that travelled from the Punjab region of India to create novel genres in new contexts. Stoney’s narrative play extends in Better biographies (Chests); Homage to Winifred Knights, The Deluge, 1920 consisting of a clothesline that is stretched diagonally across the space to display the signs of affiliation that have adorned her different stages of life. Sculpture and semiotic pun at the same time, the work refers to the English phrase of “not airing one’s dirty laundry”—a common dictum according to which private information is not to be shared publicly for fear it could damage a family’s reputation. I ceased from Mental Fight (Forgive nothing, forget everything) is a cake baked by the artist. Its icing shows a reinterpretation of symbols through superimposition, incorporating the Sikh khanda symbol, the logo of Oxford university and a fragment of Scunthorpe United’s official emblem, based on an iron girder in a steel worker’s fist—a playful take on yet another English figure of speech: “You can’t have your cake and eat it, too”, a phrase that tries to insist that: “You can’t have it both ways”.

Miriam Stoney (b. 1994, Scunthorpe, UK) lives and works between Vienna and London. Stoney studied at the University of Oxford and the Bartlett School of Architecture, UCL, and is now enrolled at the Academy of Fine Arts Vienna. Her work has been featured in the programs of: ICA London, BBC Introducing Arts, Somerset House Studios London, Centre Pompidou x West Bund Museum Shanghai, KW Institute for Contemporary Art Berlin and Haus Wien.

The publication Scunthorpe Correspondences is kindly supported by ‘Damnatio Memoriae’ project funding from the ÖH Kulturreferat of the Hochschüler_innenschaft, Academy of Fine Arts Vienna.