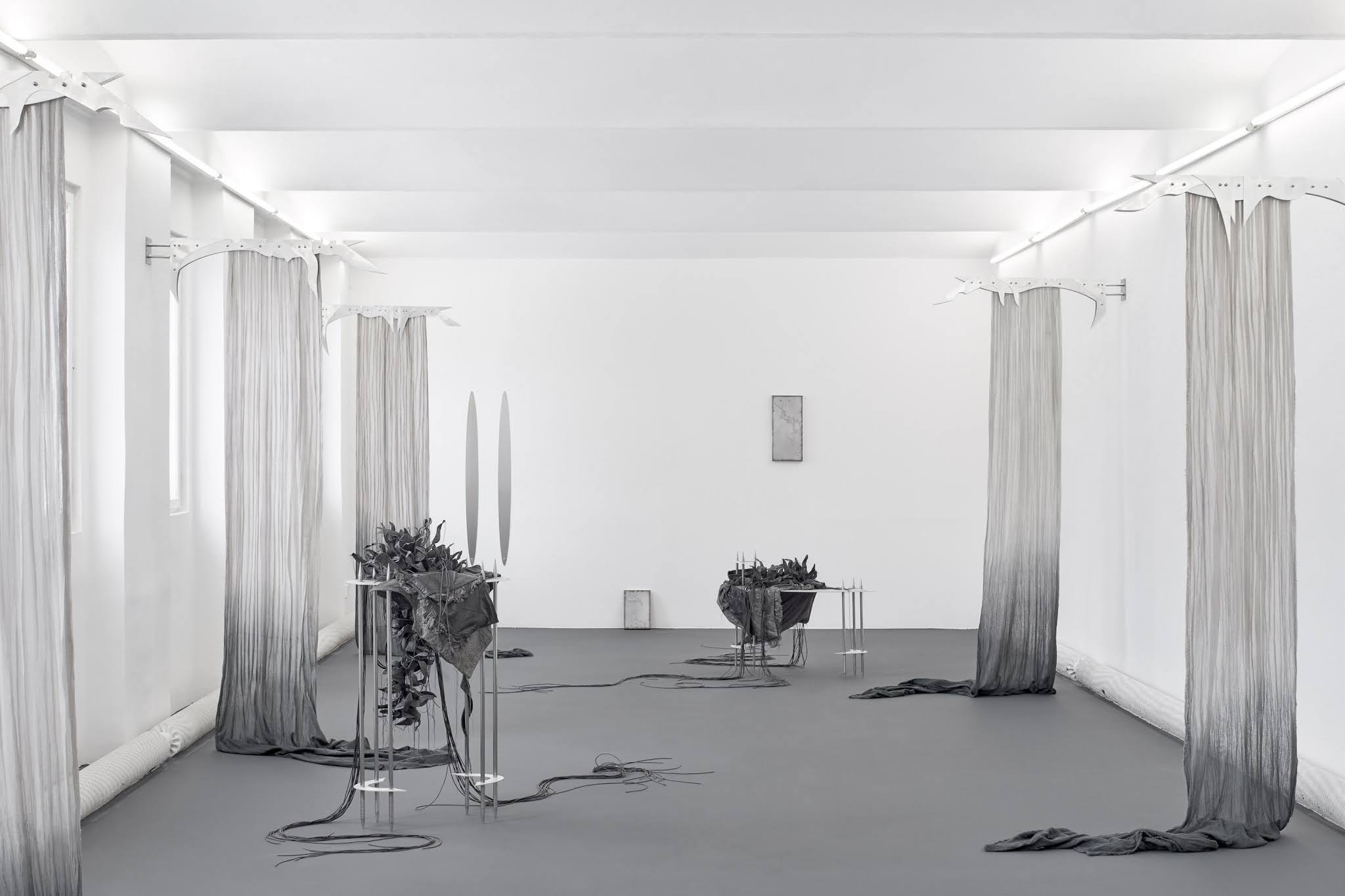 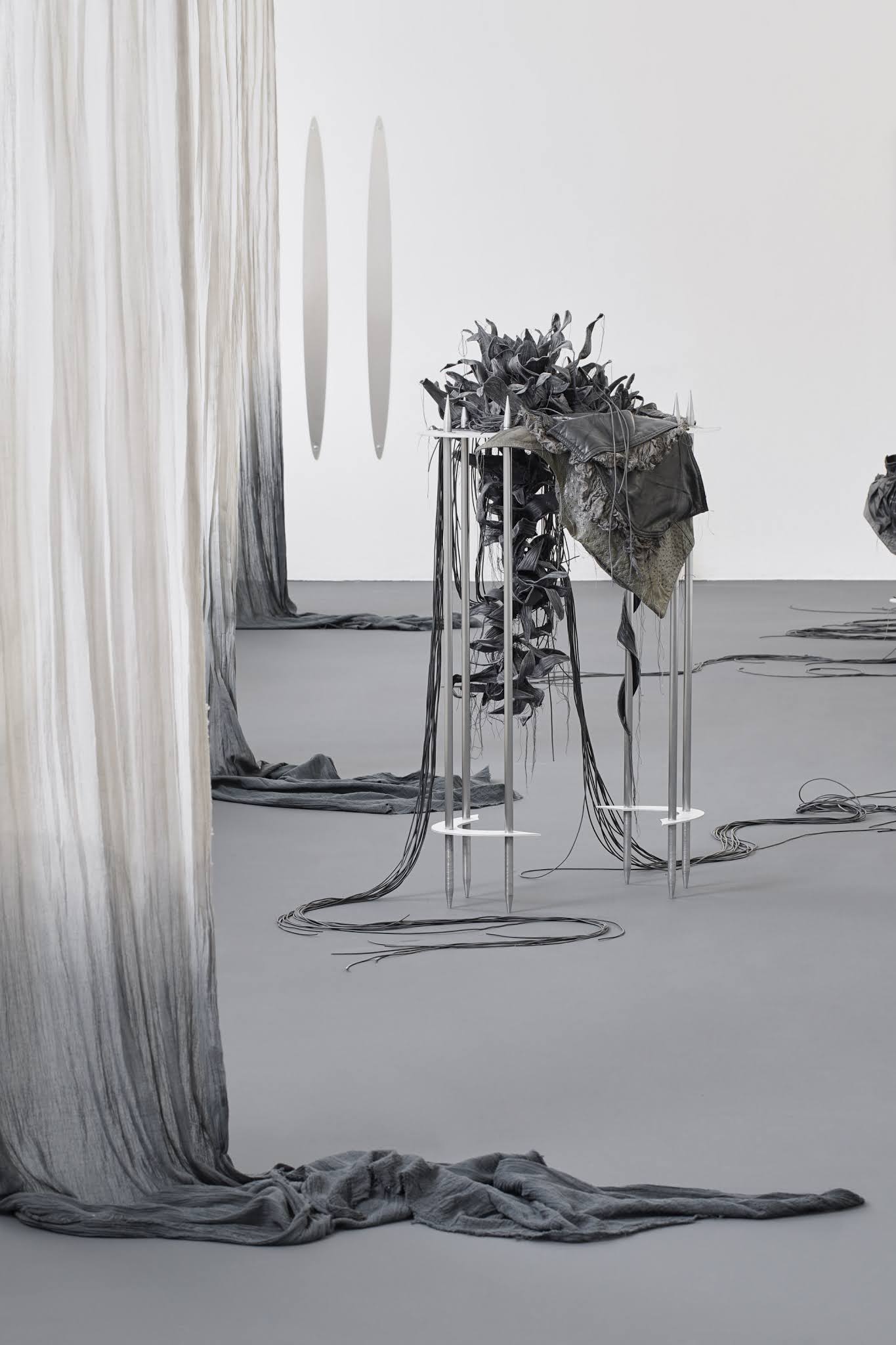 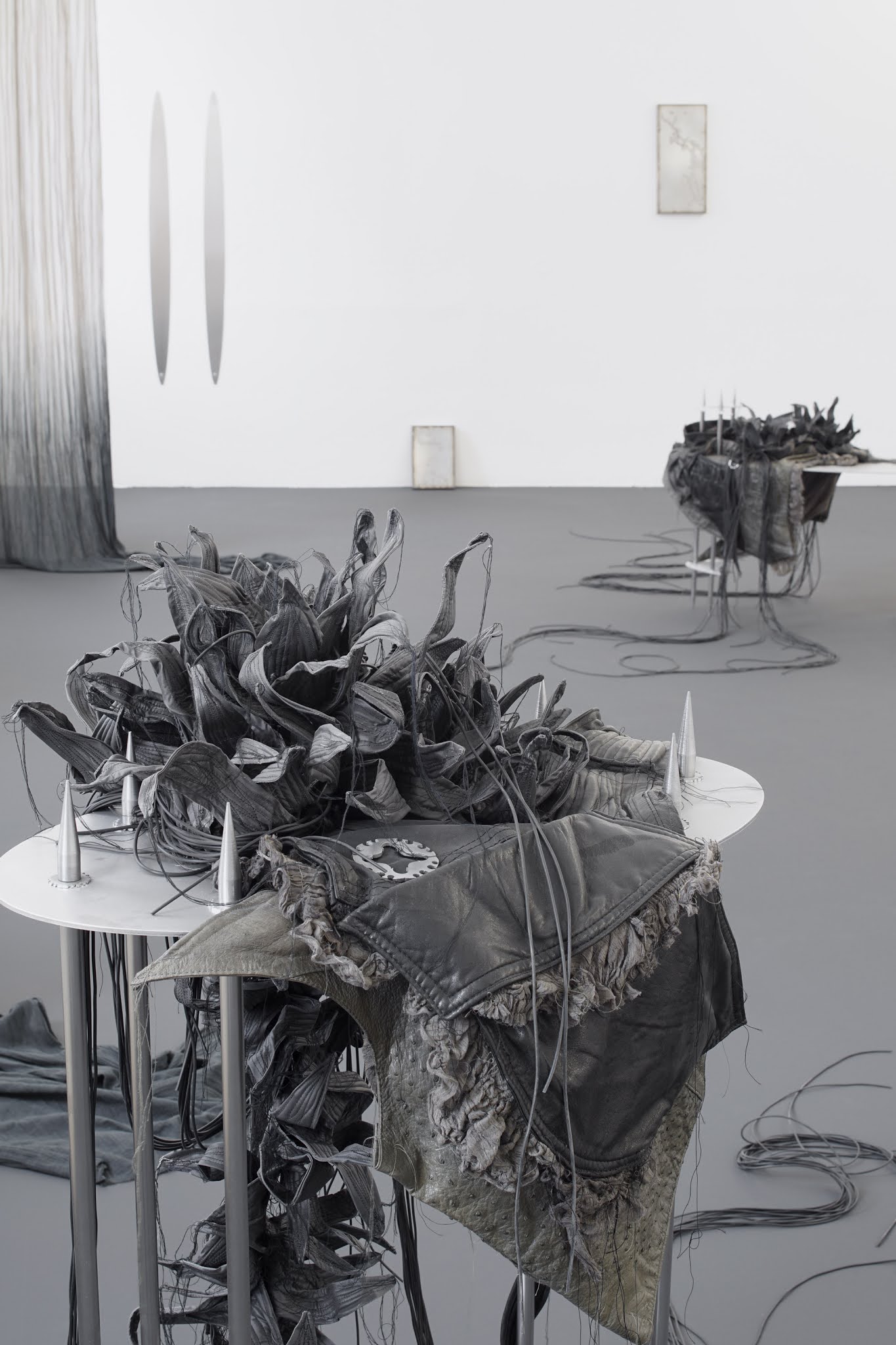 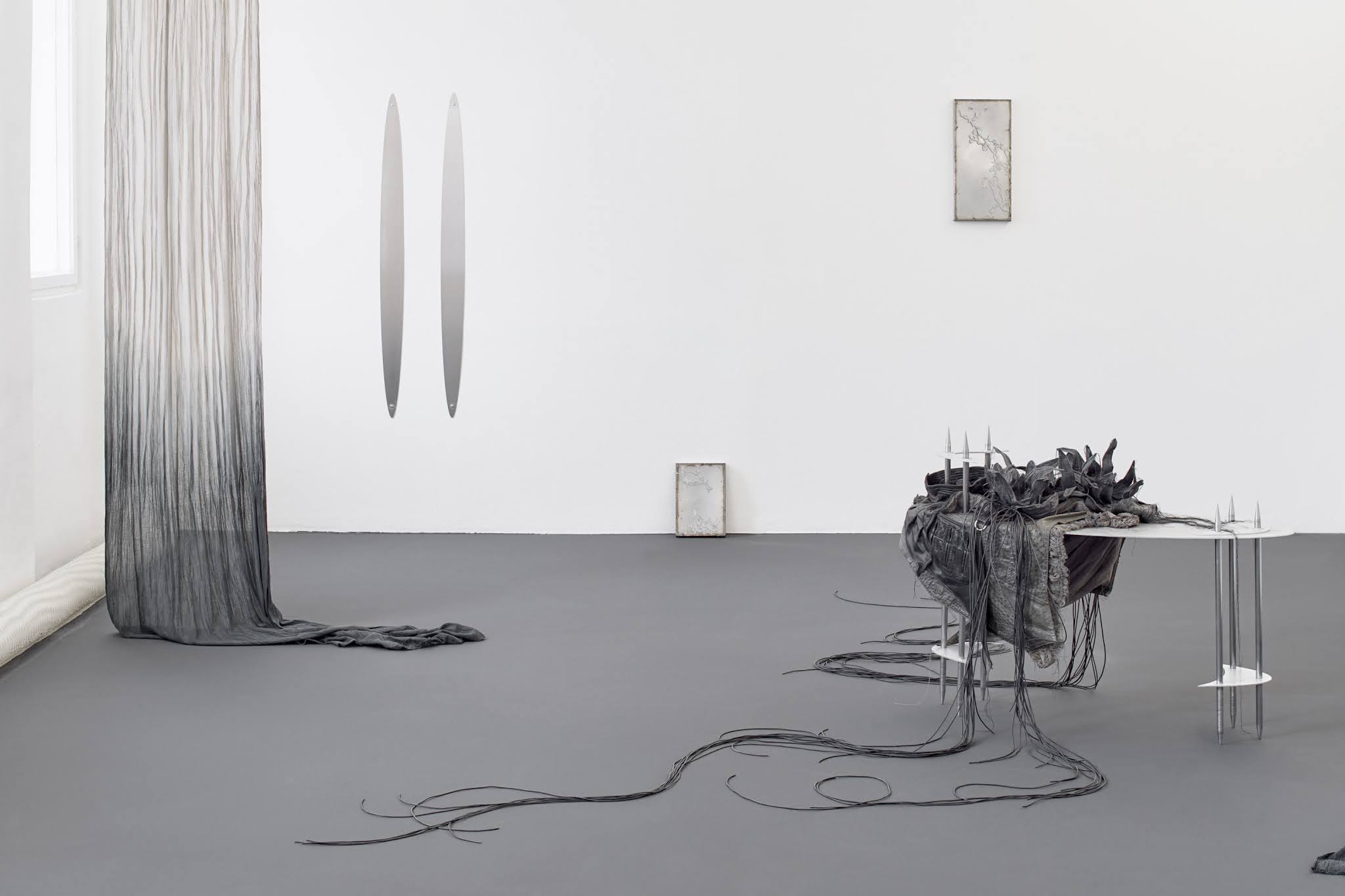 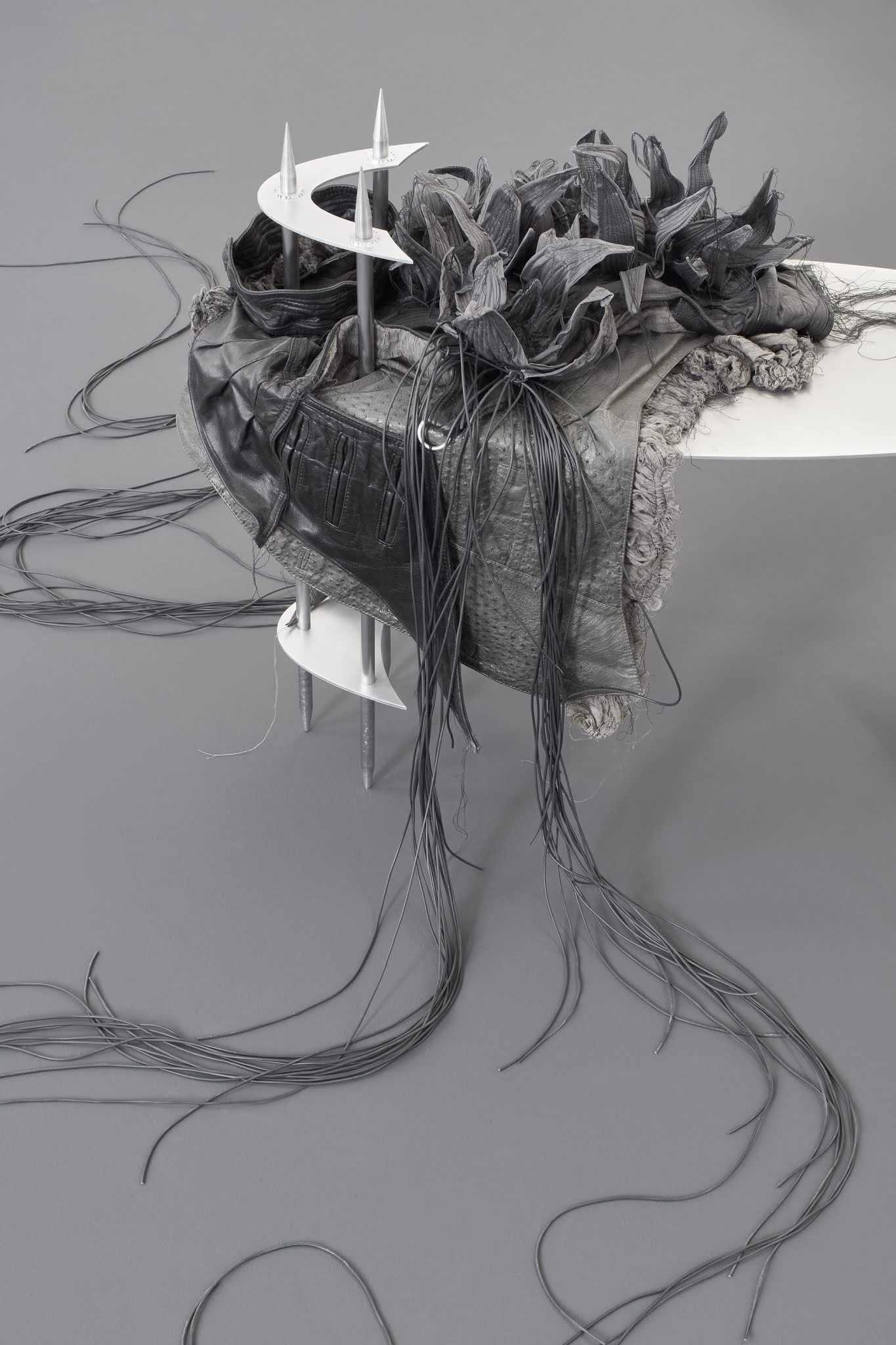 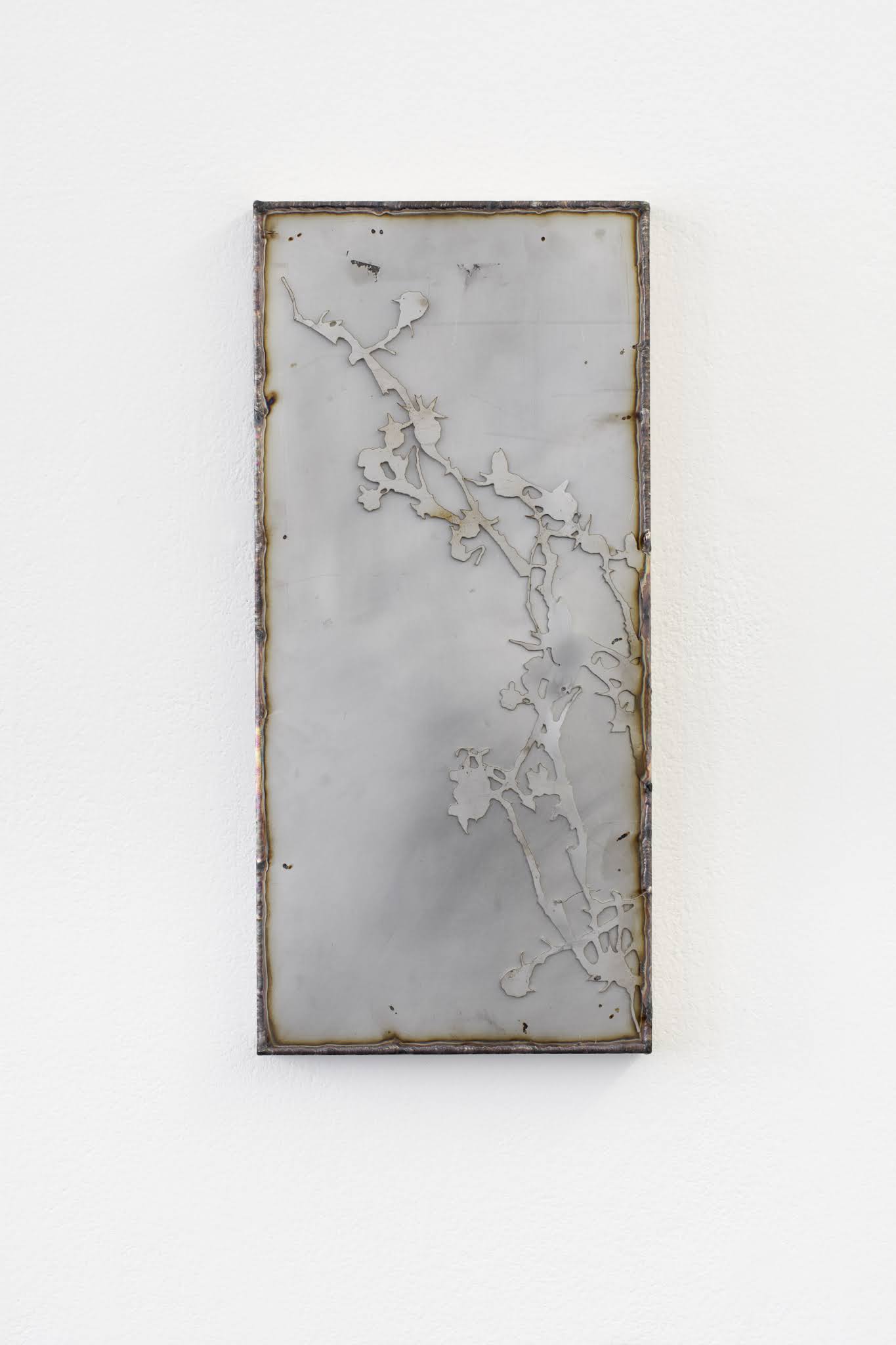 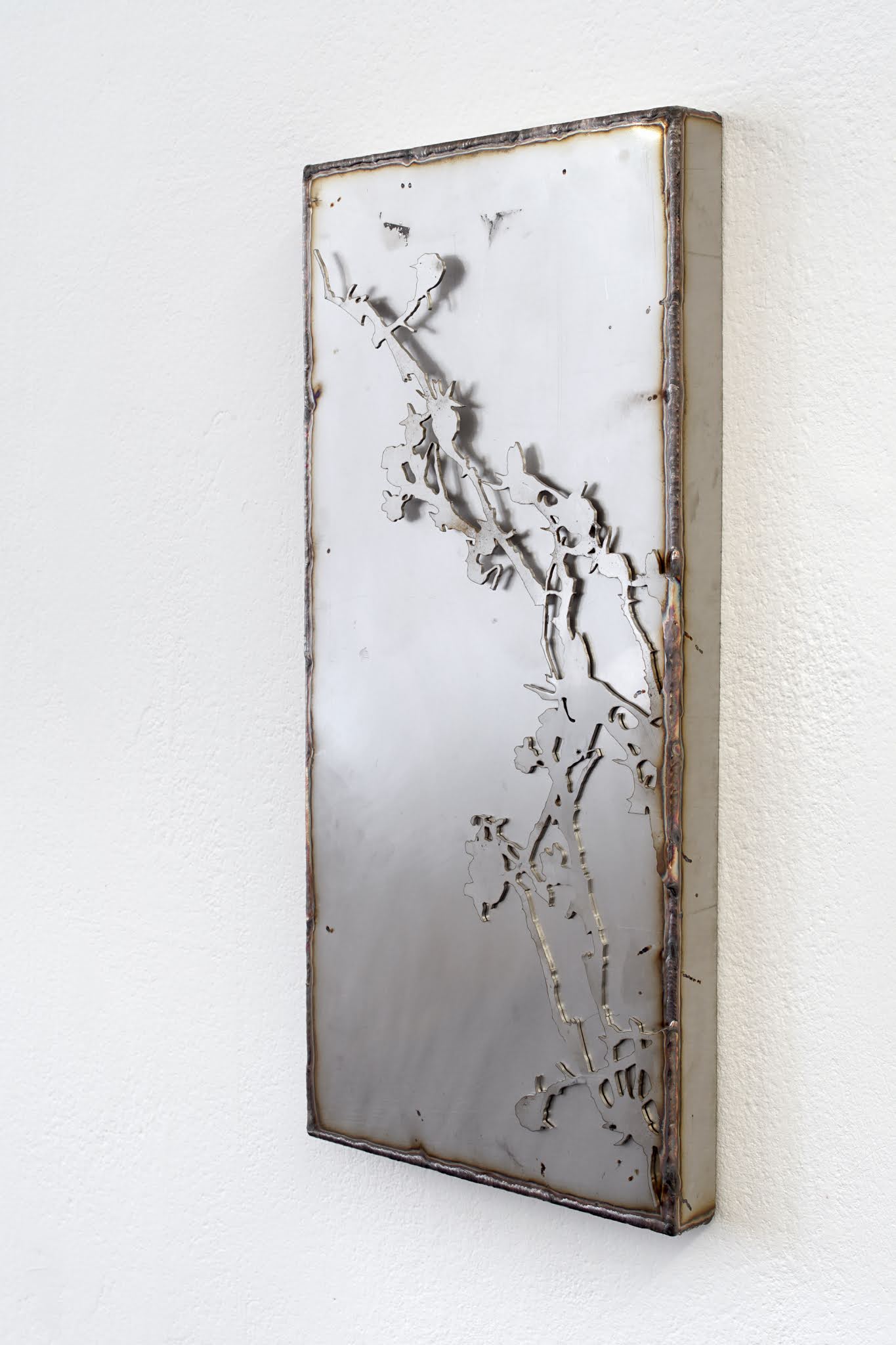 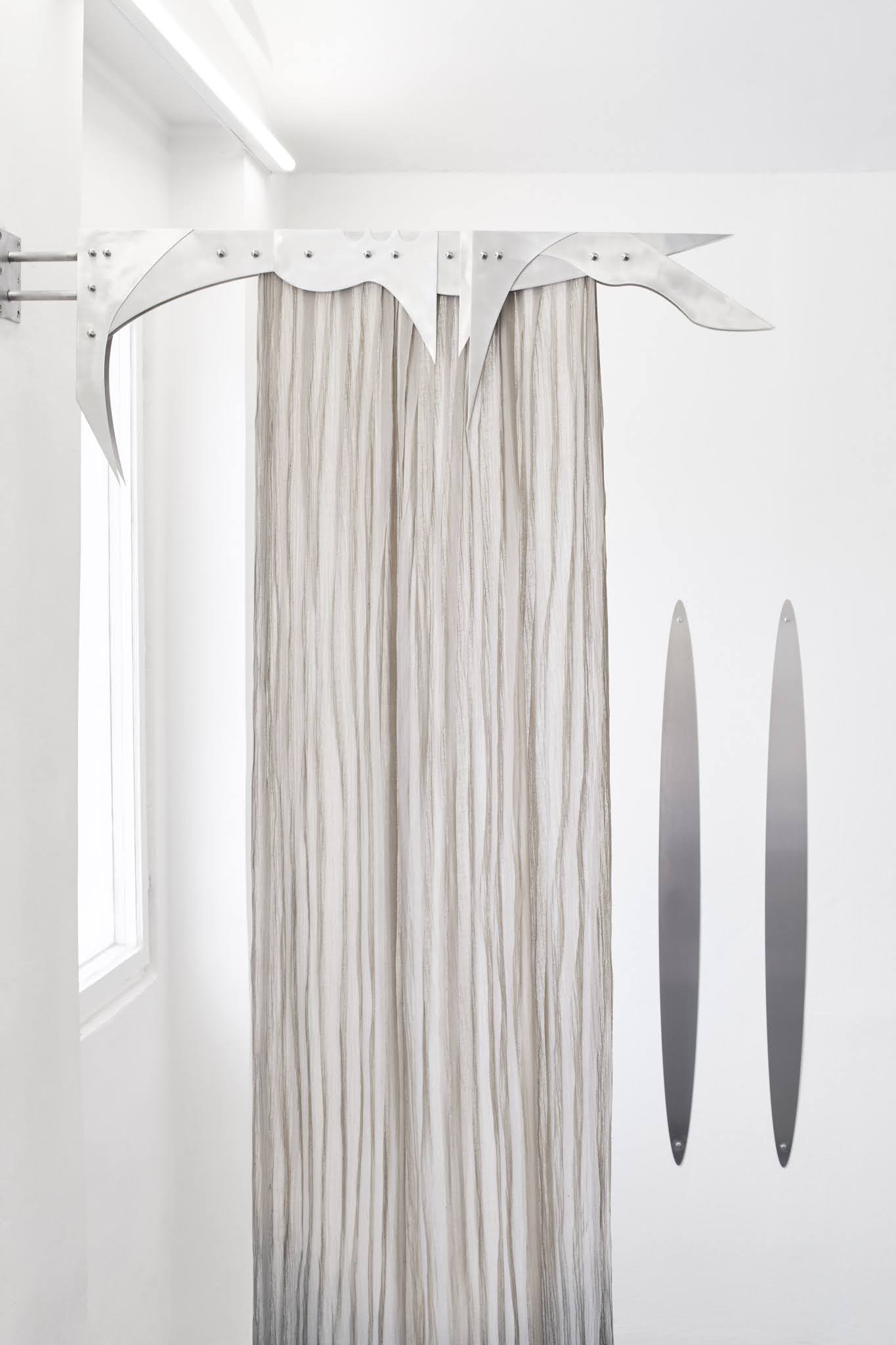 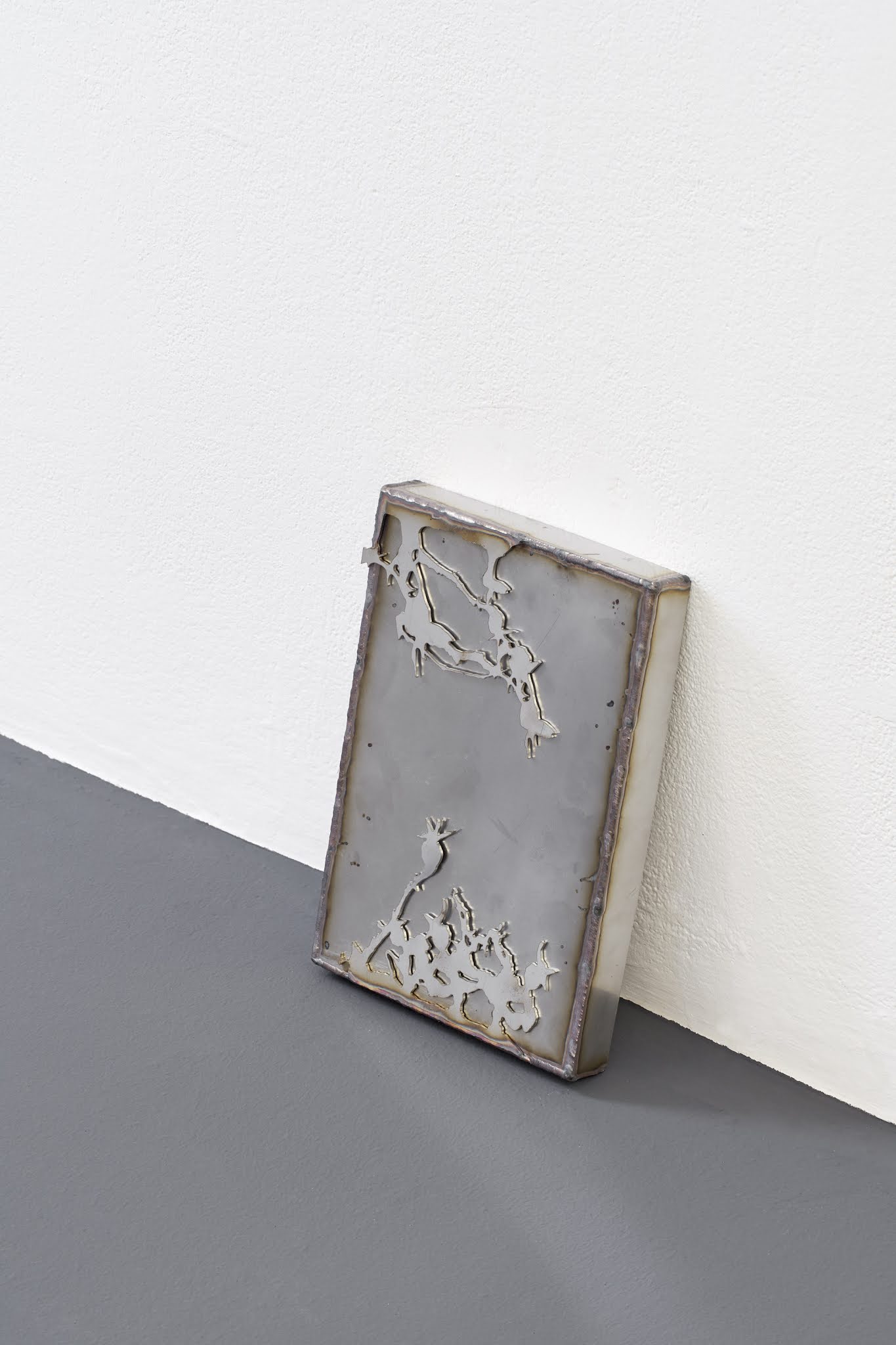 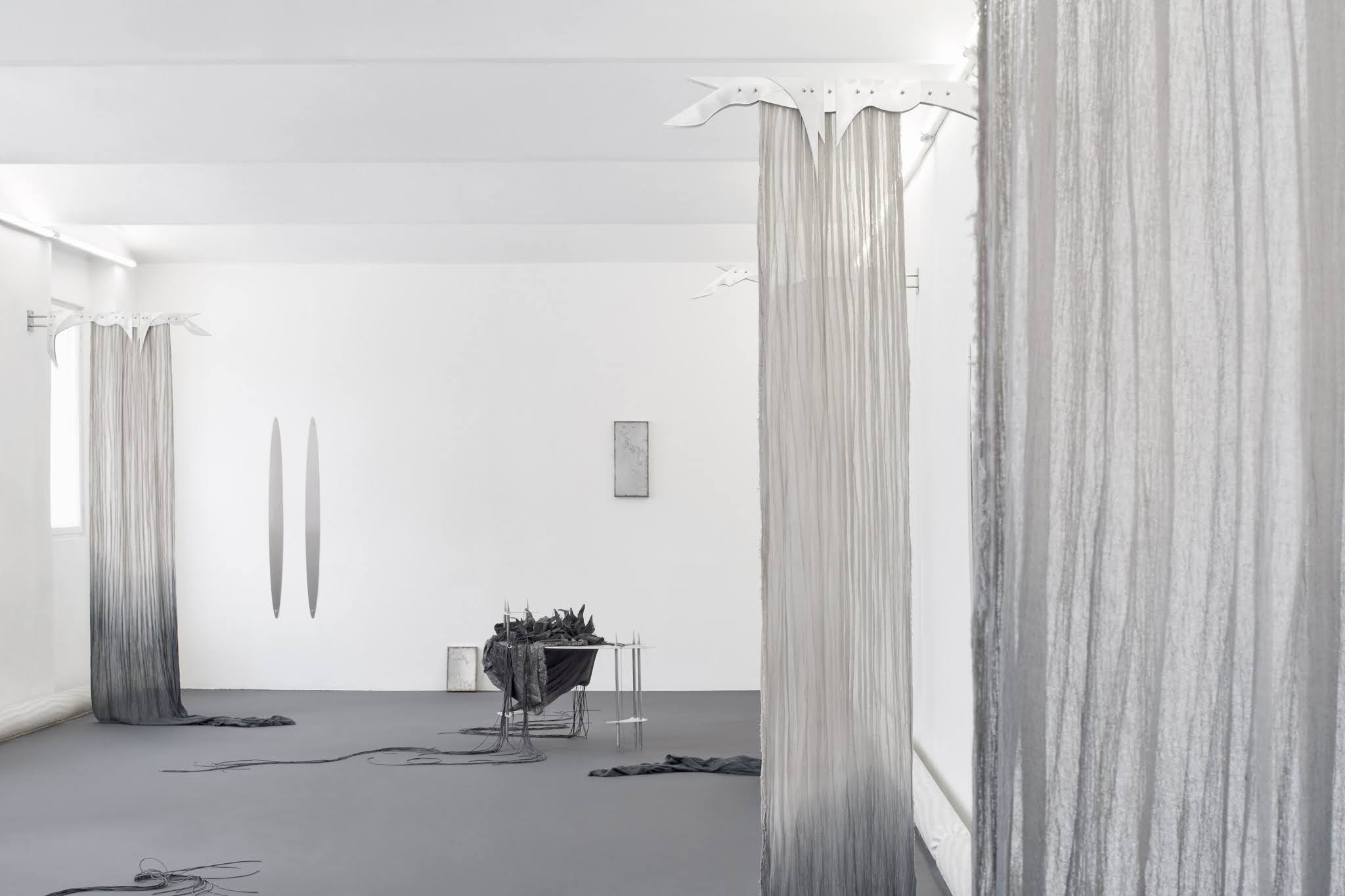 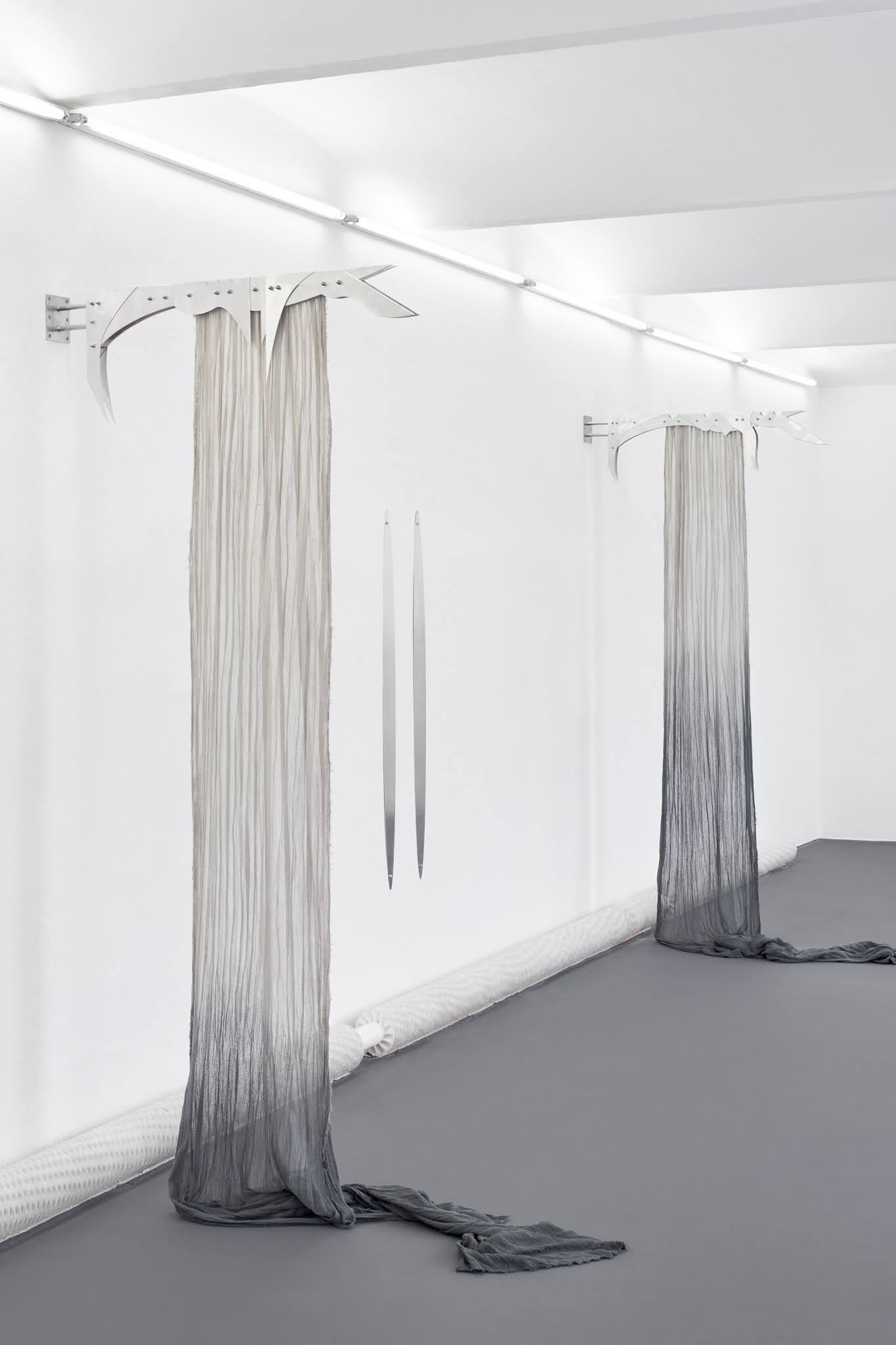 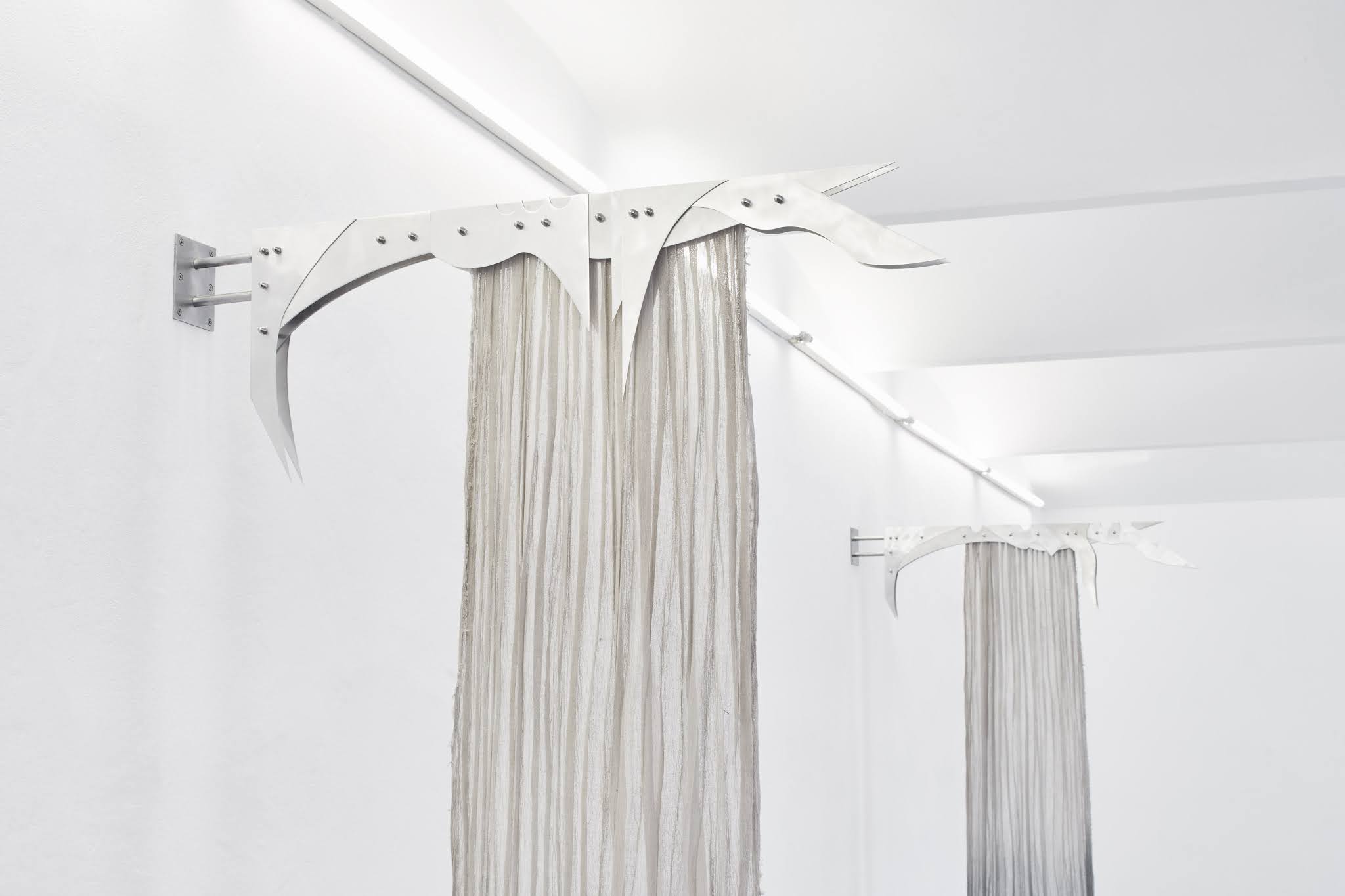 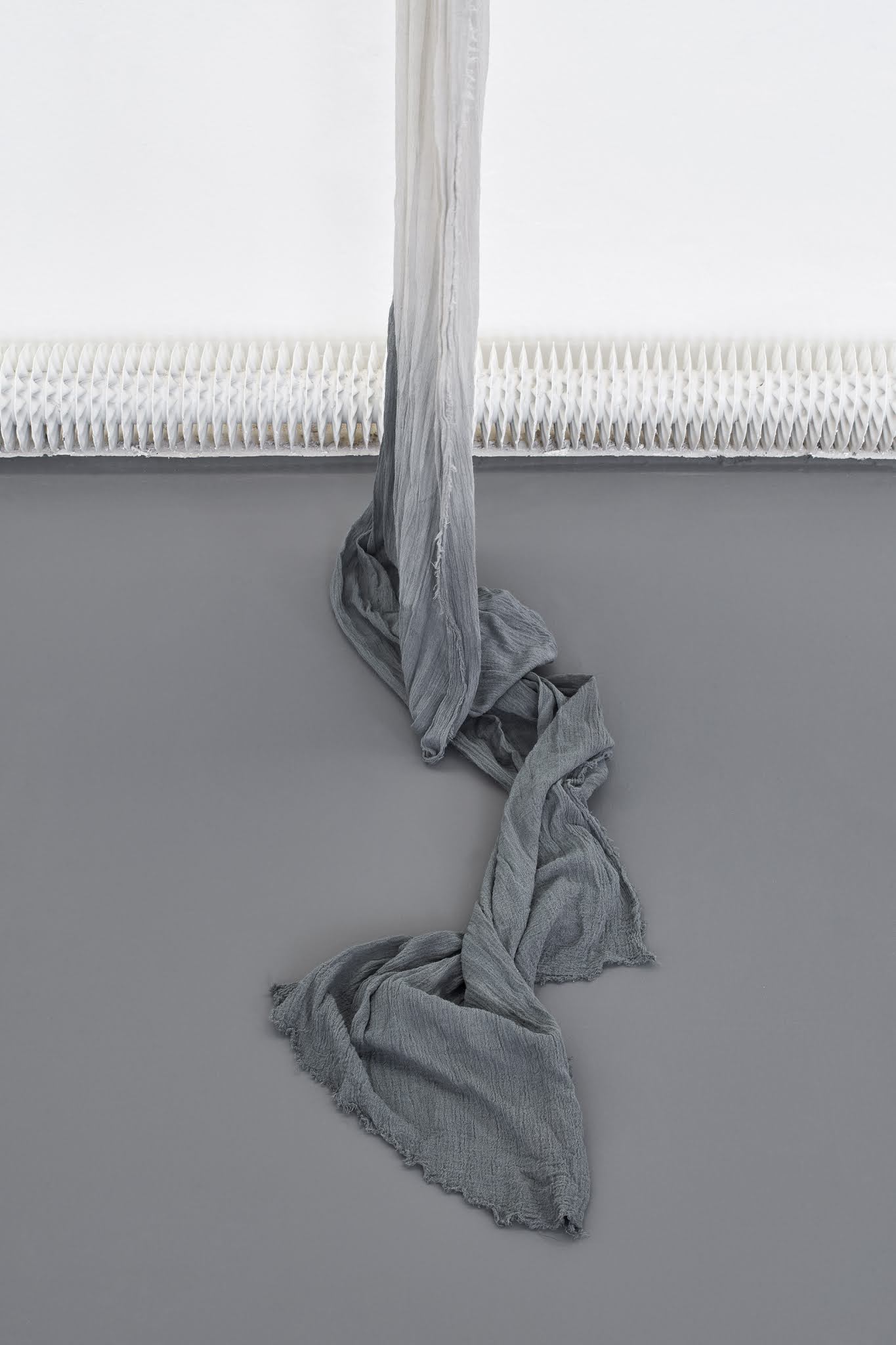 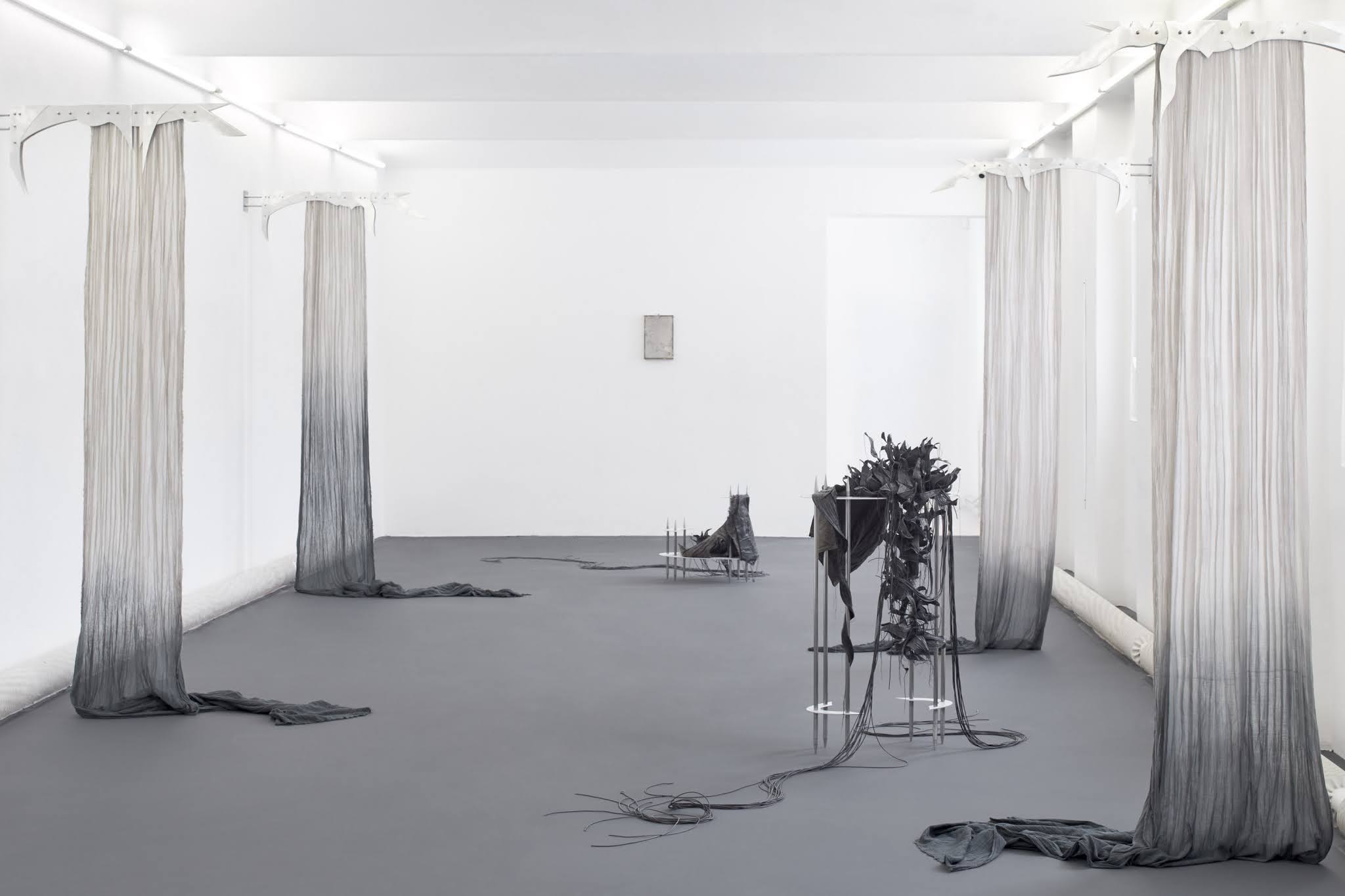 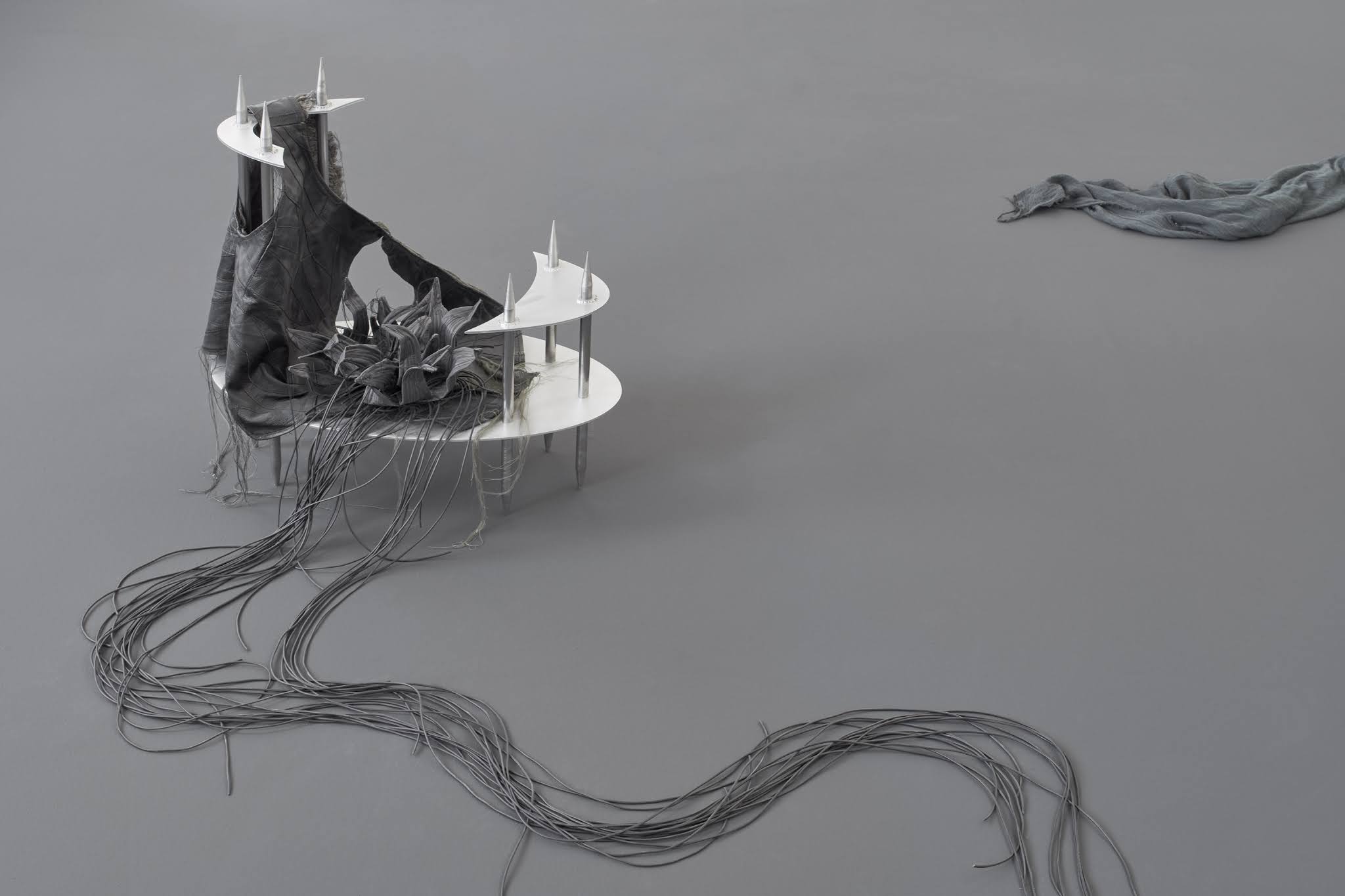 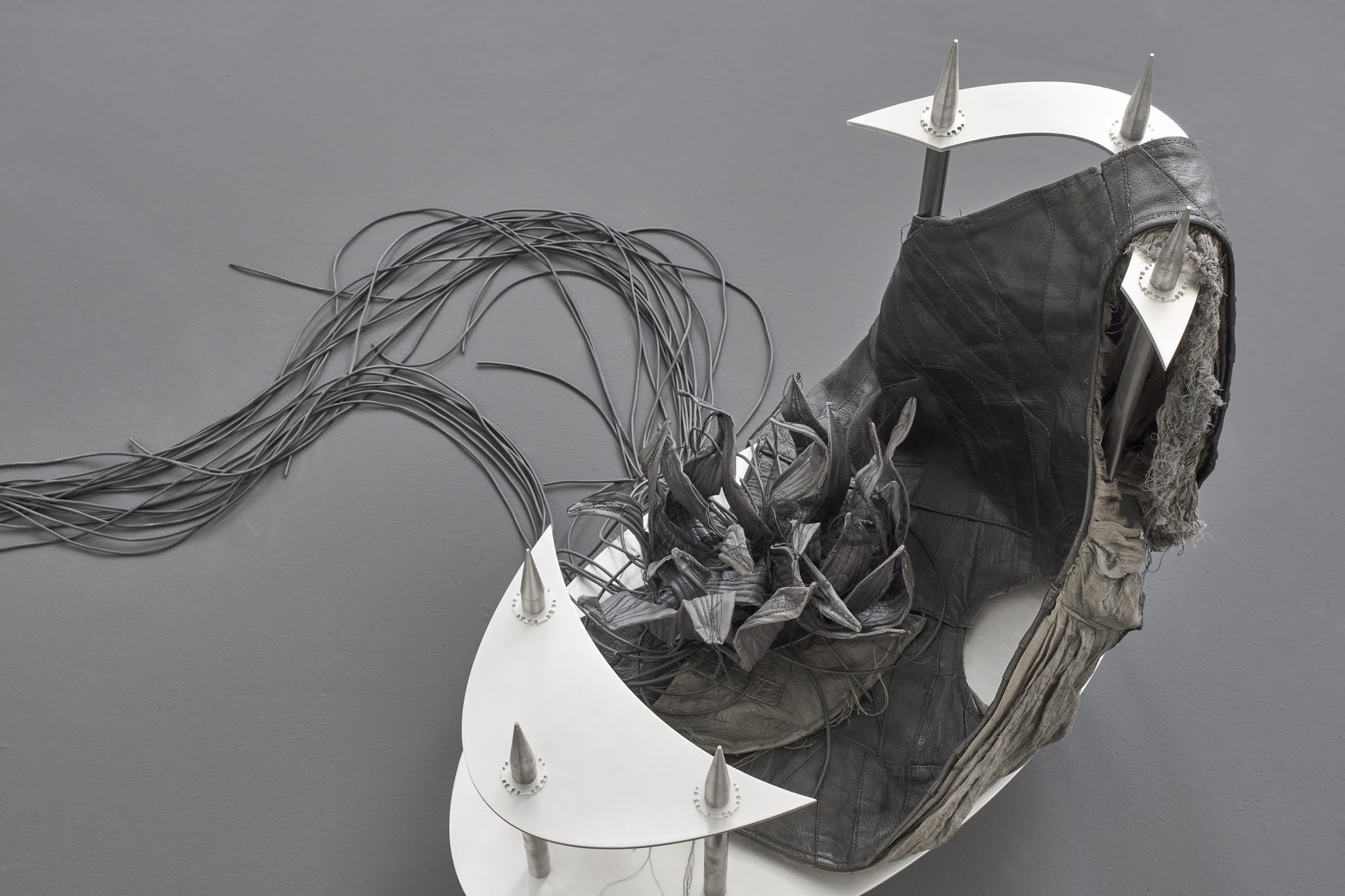 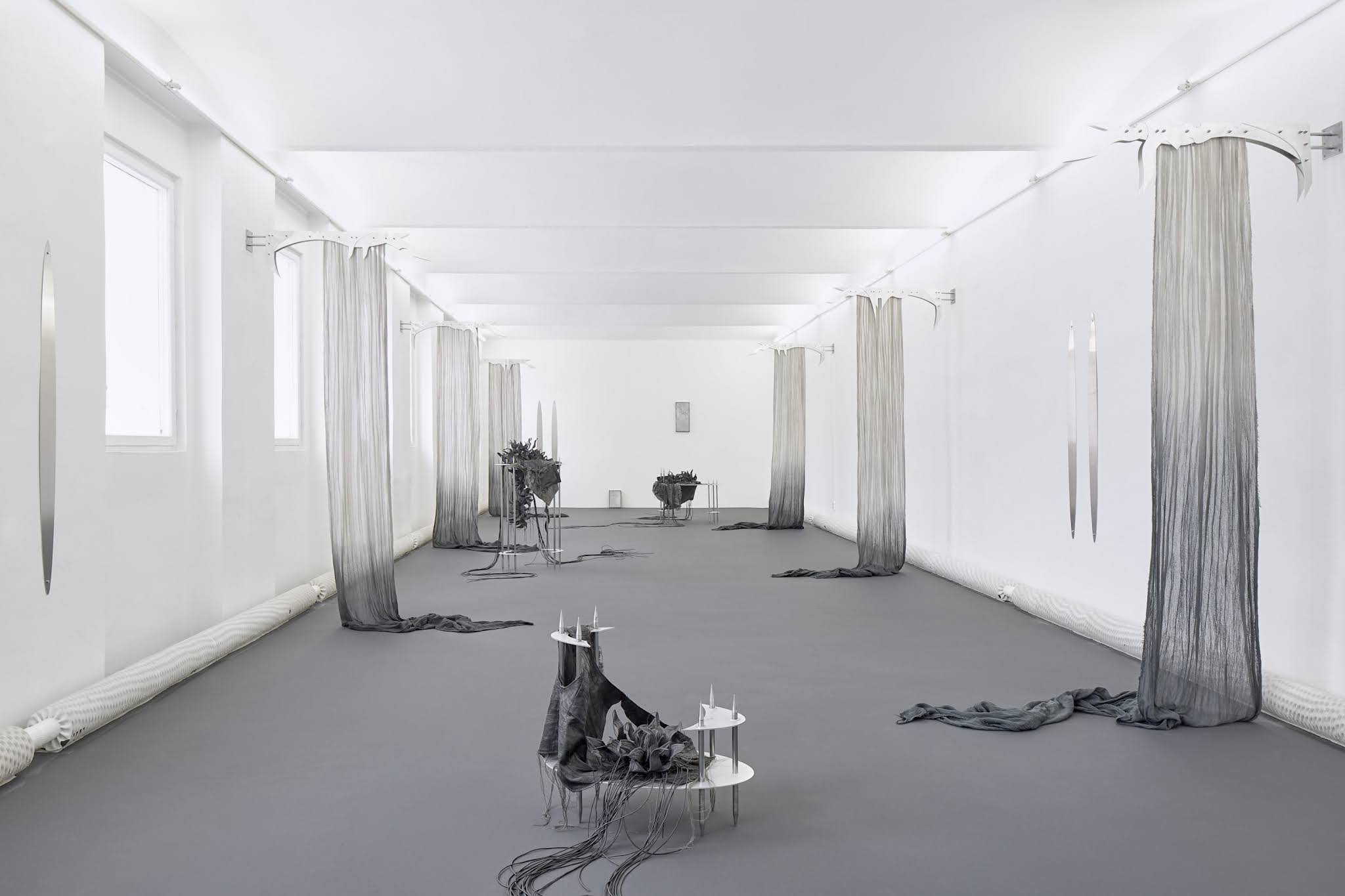 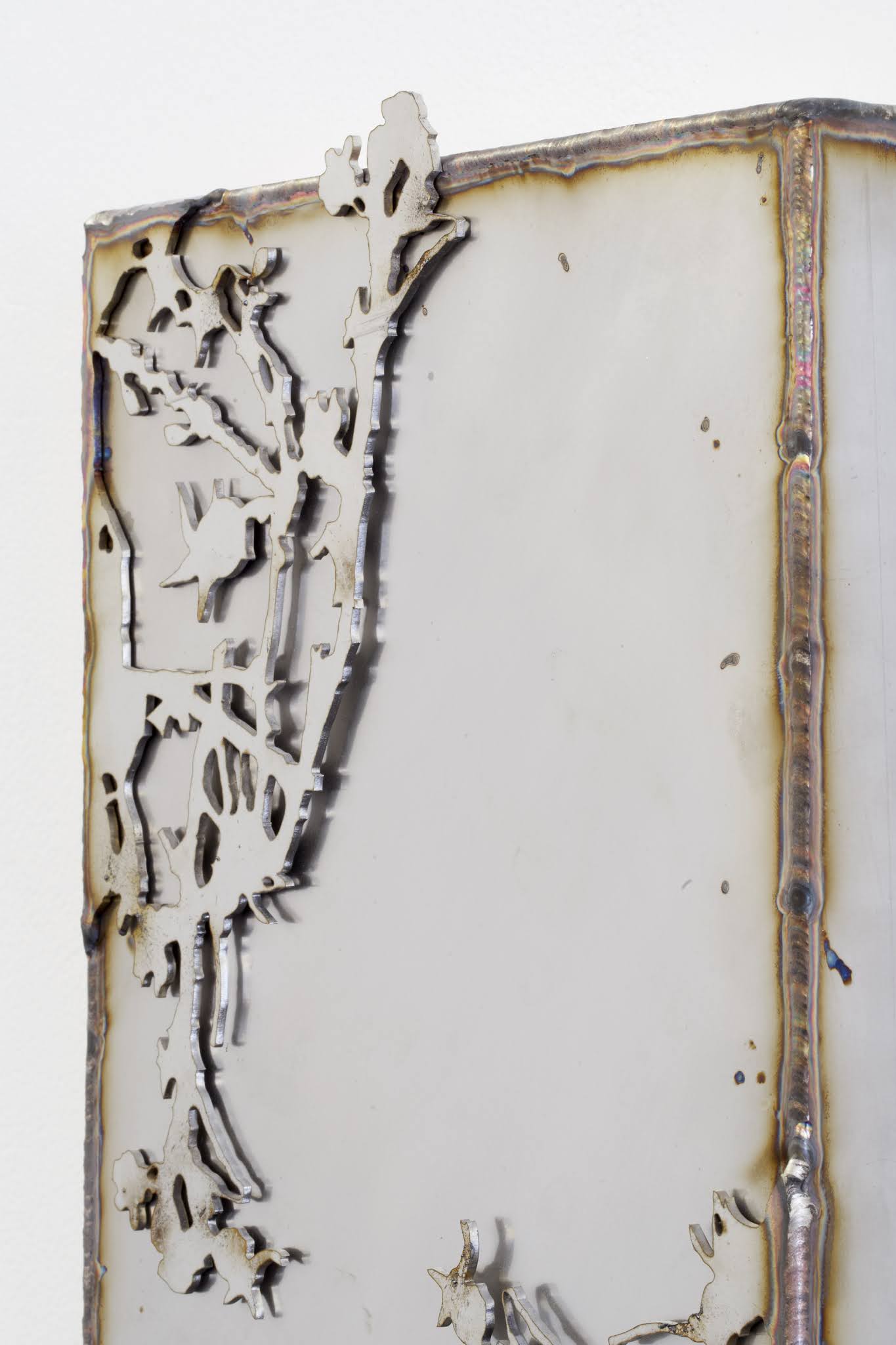 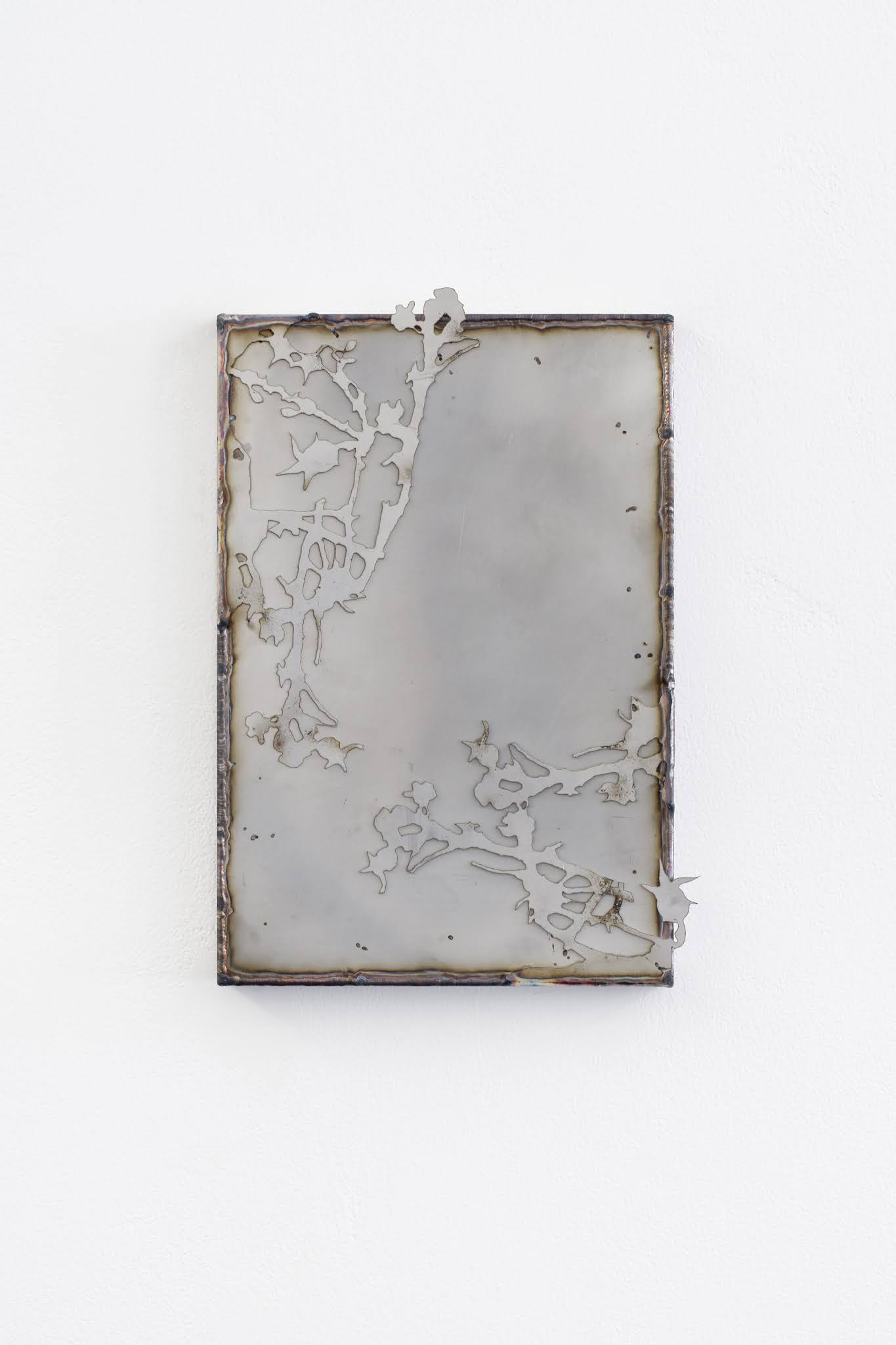 Similarly to Listening to Voices collective show, the starting point of And the door was kicked open again exhibition is the history and collapse of the sugar industry in Central Europe. The subject is reflected here as a strong illustration of power dynamics and oppression systems through the industrial development and radical changes of ownership in production means in Europe in the second half of the twentieth century.

As one of the major economic assets of the Central European economy, sugar factories, throughout a few decades were indeed in large majority re-owned by greater companies from Western Europe, which, in order to maintain or establish their monopoly, purposely restrained the domestic production by shutting the factories down and instituting the sugar fabrication as an export market.

Reminding this history nowadays reflects not only its extension to other industries, to other sectors, but also to a global change in our economic systems, later stages of capitalism, globalization, and new strategies, new codes of colonization. If the Listening to Voices collective show explores possibilities to reverse or twist this history by decolonizing our future, the autonomous installation of Ula Lucińska and Michał Knychaus is rather an interpretation of the nature of History itself, viewed as a cycle of irremediable and infinite repetitions, allowing hope to grow only from its mistakes, through individual stories of resistance and resilience.

If the artist duo built within the gallery an environment inspired by industrial machinery, as the heavy arches that embrace and narrow down the space, the metallic architecture is however somehow “colonized” by organic elements, which seem to defy its resistance and solidity. Flowers sculptures, made from recycled leather (another transformation of matter within the process of exhibition making itself) rise from the ground through thick crafting tables (Anitya), challenging the indisputable technological domination with a slow-process obstinate instinct to redistribute the forces. Another example of this approach is to be found in the Thistle Mirrors series, in which thistle plants motifs are cut into the steel mirror-like surfaces of hanging reliefs. “Thistles, which are characteristic for their leaves with sharp prickles are known to be some of the most adaptable plants, able to survive in difficult environmental conditions. Indeed, they often cover post-industrial sites and ruins of abandoned buildings,” the artists explain.

However, if the slow reappropriation of the space by organic and incidental structures might be interpreted as a potential change of material reality in the scene, the arches, as the only monumental element of the environment, as well as the presence of different types of mirrors on each wall imply the power struggle here isn't temporary. The arches repeat themselves in a pattern that is meant to continue beyond the limited space of the gallery, creating a virtual never-ending “Passage”, from which there is no obvious escape. History repeats indeed its own metamorphoses and transitions, balancing the forces so that one never entirely loses, but one certainly never prevails.

Ula Lucińska (b. 1992, PL) and Michał Knychaus (b. 1987, PL) work together as the Inside Job duo. Their practice is based on the use of different mediums and materials, which often leads to the creation of specific, multi-layered environments. They focus on the processes of how identities are constructed, including the identities of places, within the context of dynamic changes such as: the climate crisis, technological acceleration, political shifts and growing anxiety about the unknown future. Many of their projects refer to futuristic and post-catastrophic scenarios. They have presented works during art residencies (Rupert Residency, Vilnius, LT; AIR FUTURA, Prague, CZ; Residency Gurzelen, Biel/Bienne, CH; TestDrive, Nicosia, CY; Kulturfabrik, Burgdorf, CH), at individual exhibitions (e.g. Hot Wheels Projects, Athens, GR; Pawilon, Poznań, PL; :SKALA, Poznań, PL; 9/10 Gallery, PL, Poland) and collective ones (e.g. Kunsthalle Baden-Baden, DE; the Athens Digital Arts Festival 2018, Athens, GR; WallRiss, Fribourg, CH; Sattlekammer, Bern, CH; DuflonRacz, Bern, CH; BWA Wrocław, PL; TRAFO - Trafostacja Sztuki, Szczecin, PL; The Death of Man, Warsaw Gallery Weekend, PL). Selected talks and lectures include: Metabolic Museum - University, The 33rd Biennial Of Graphic Arts in Ljubljana, Slovenia; III Conference of Film and Media, Lodz, Poland.