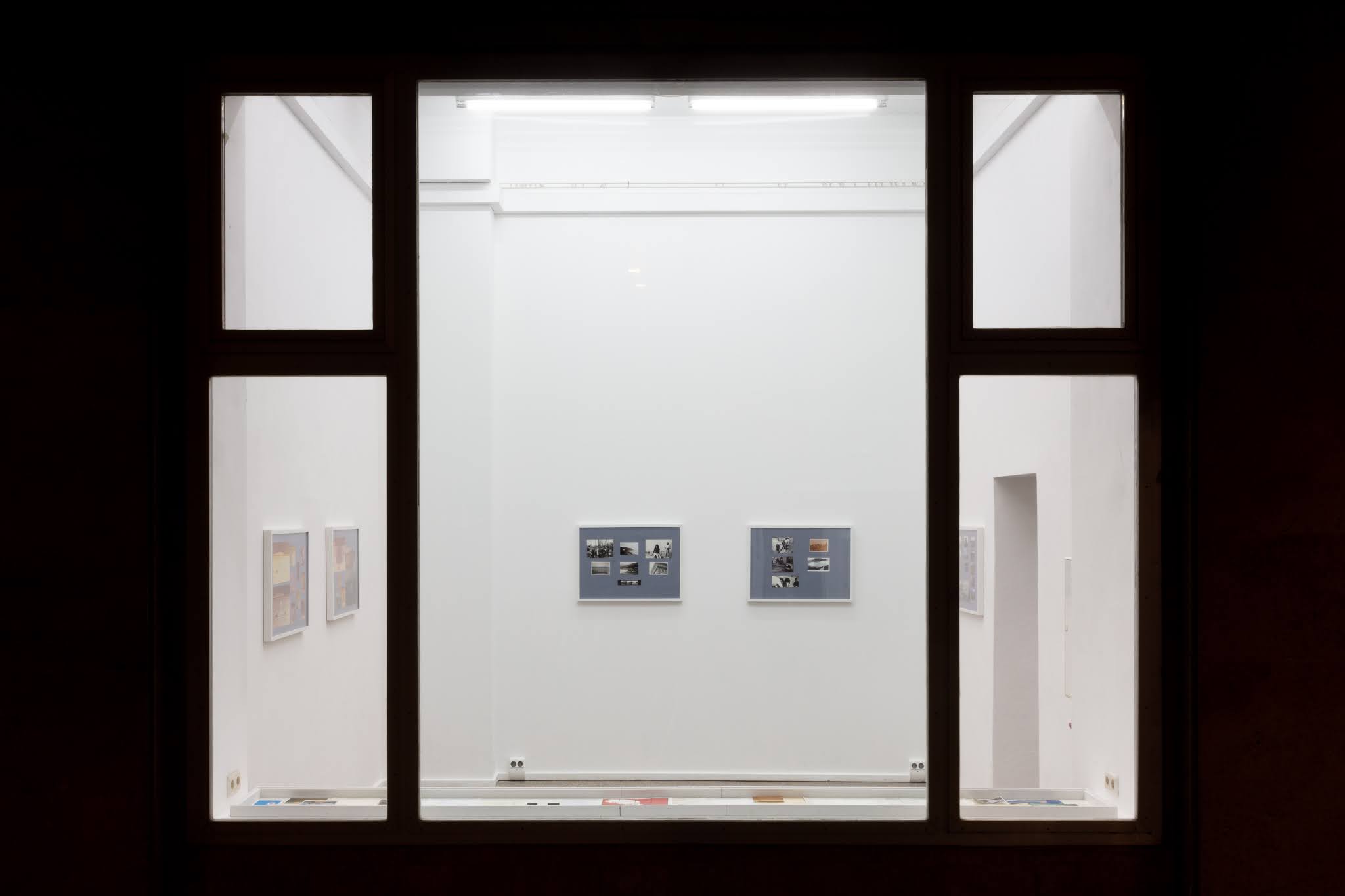 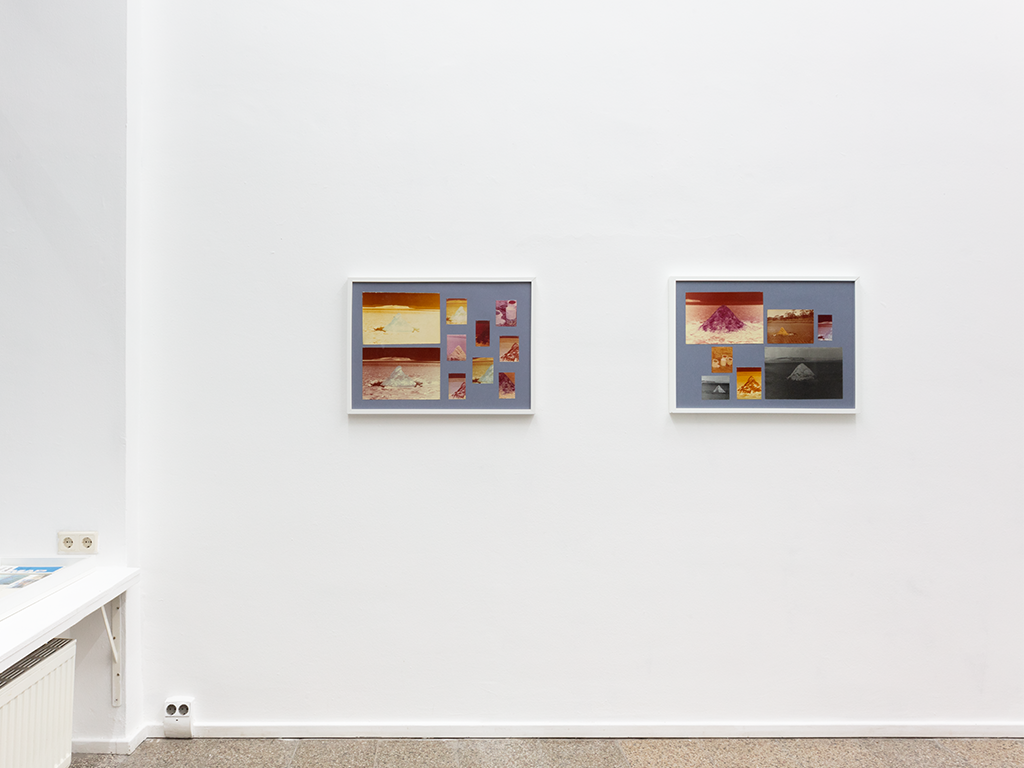 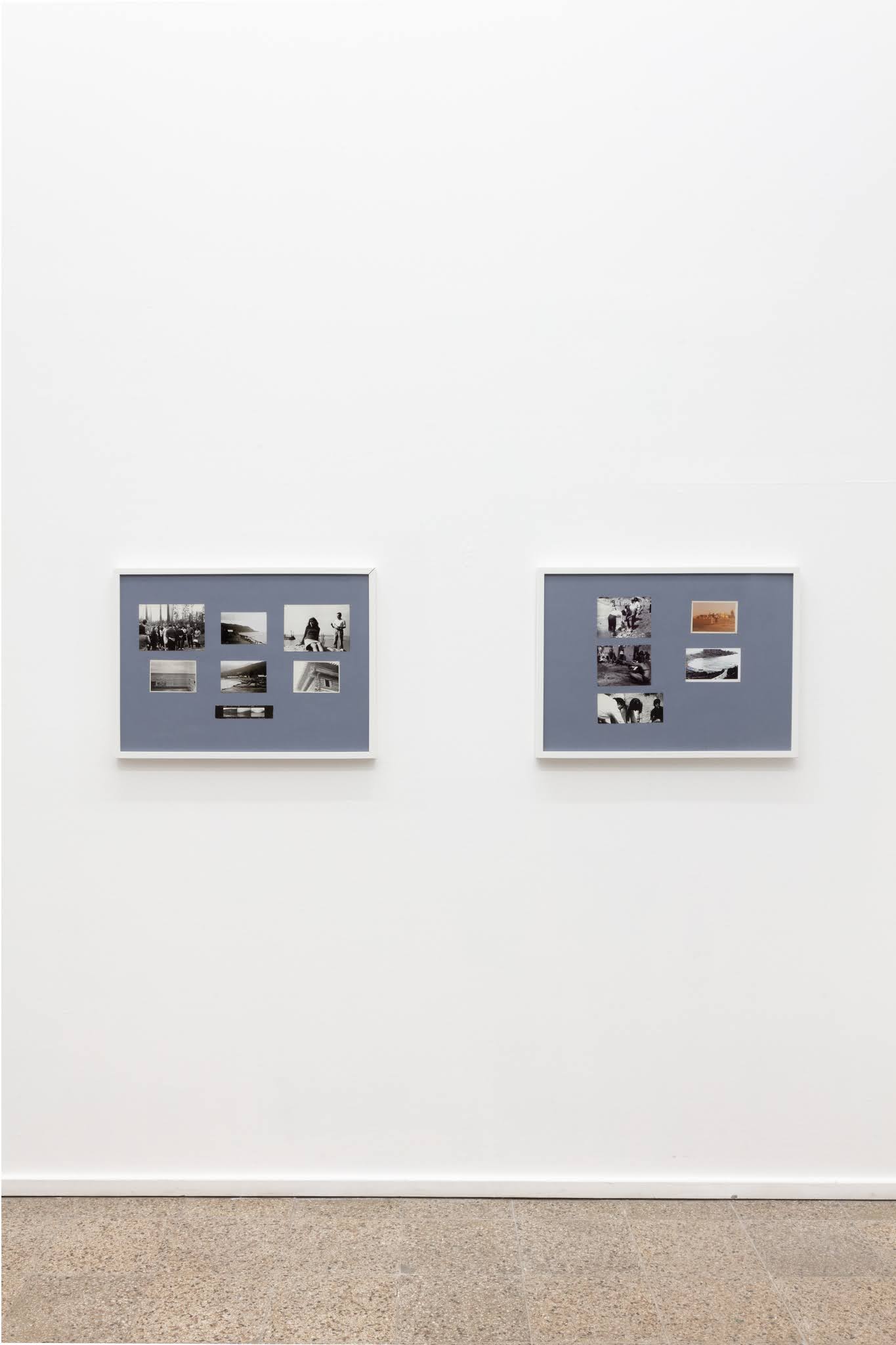 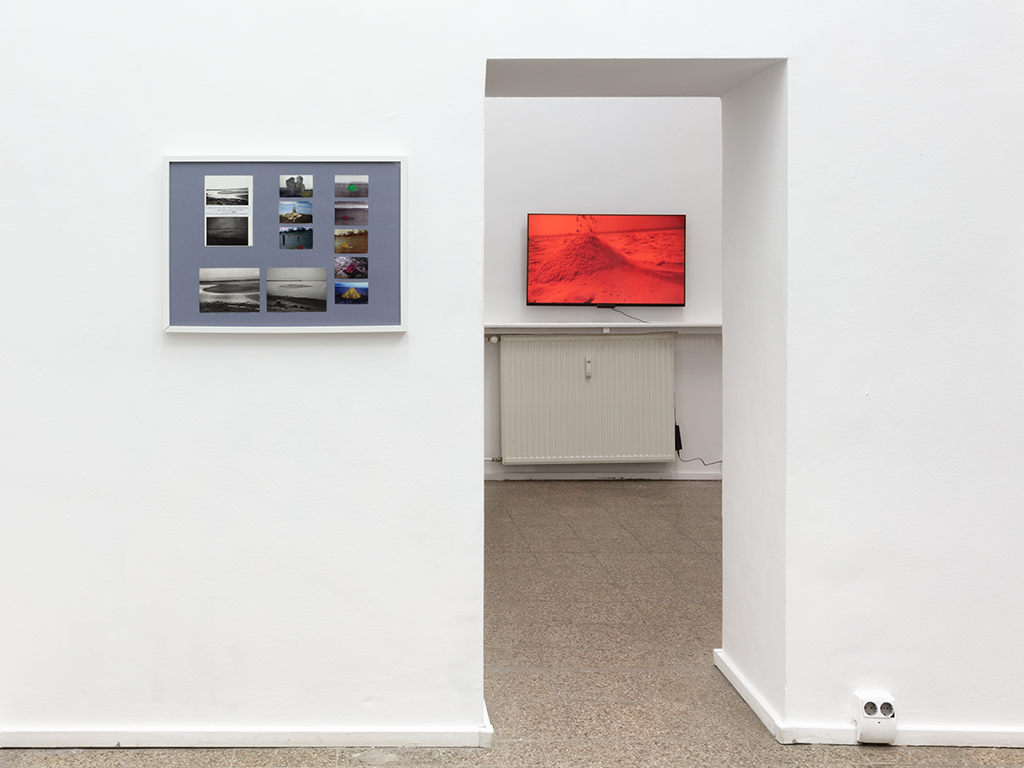 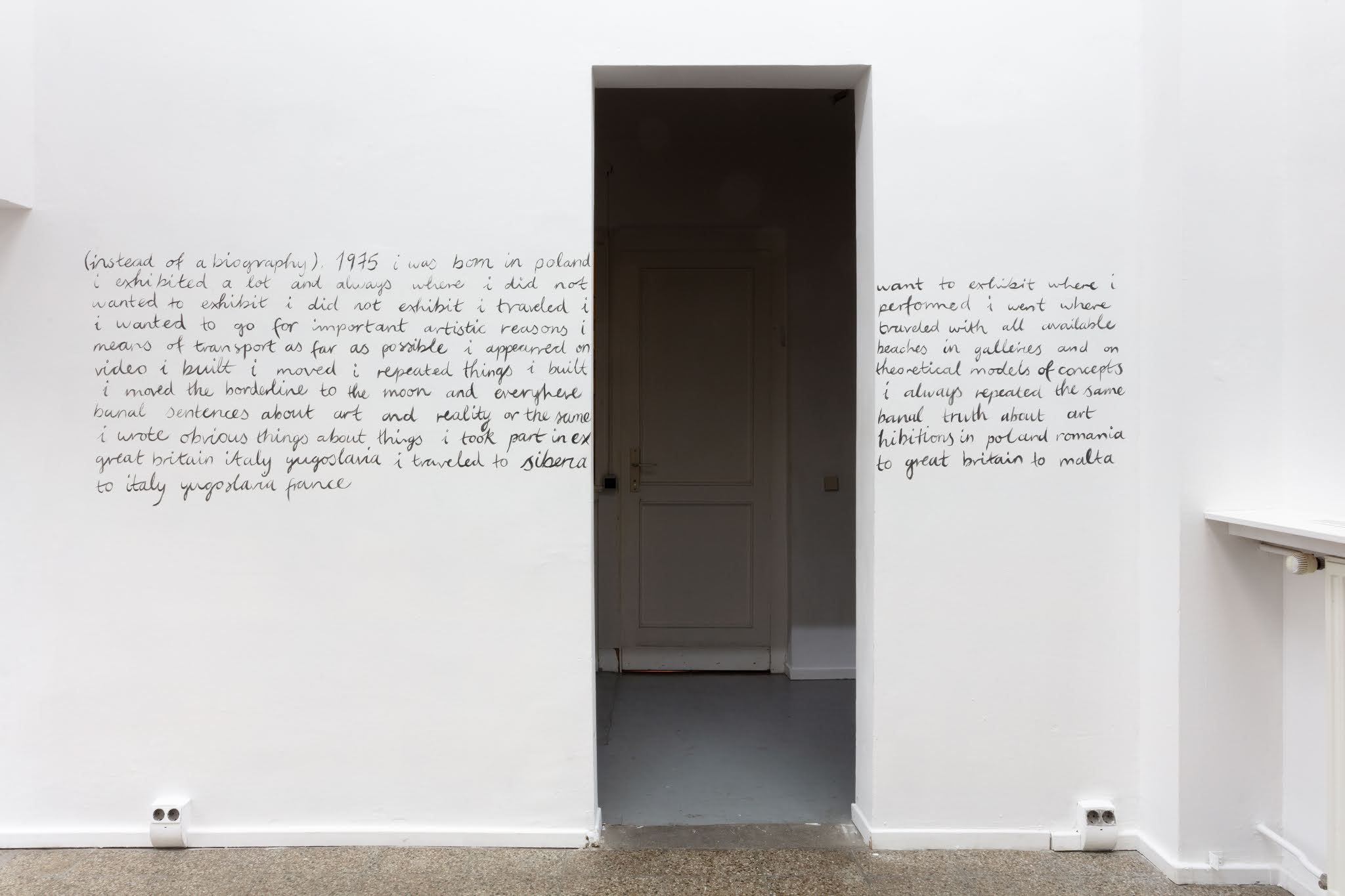 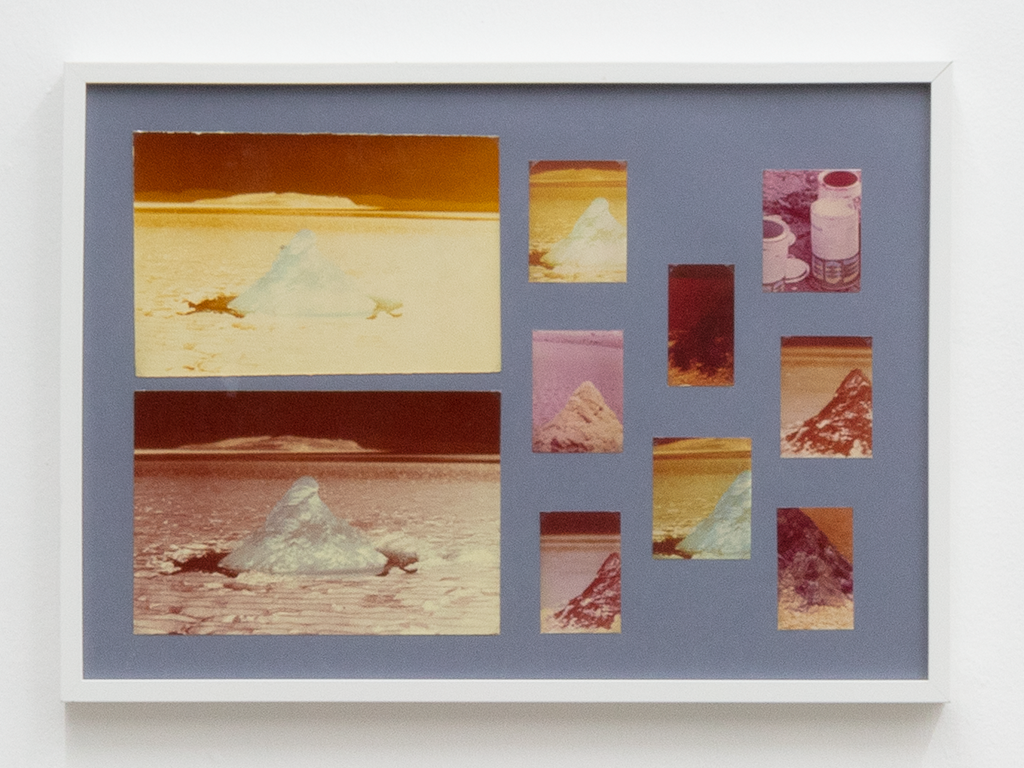 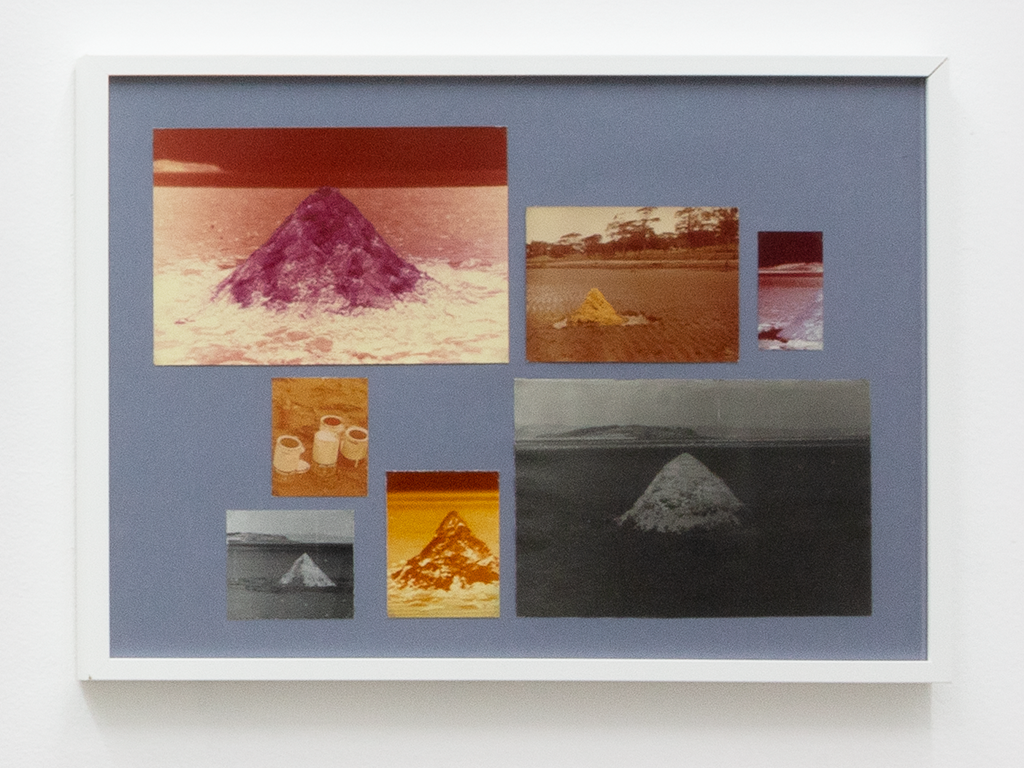 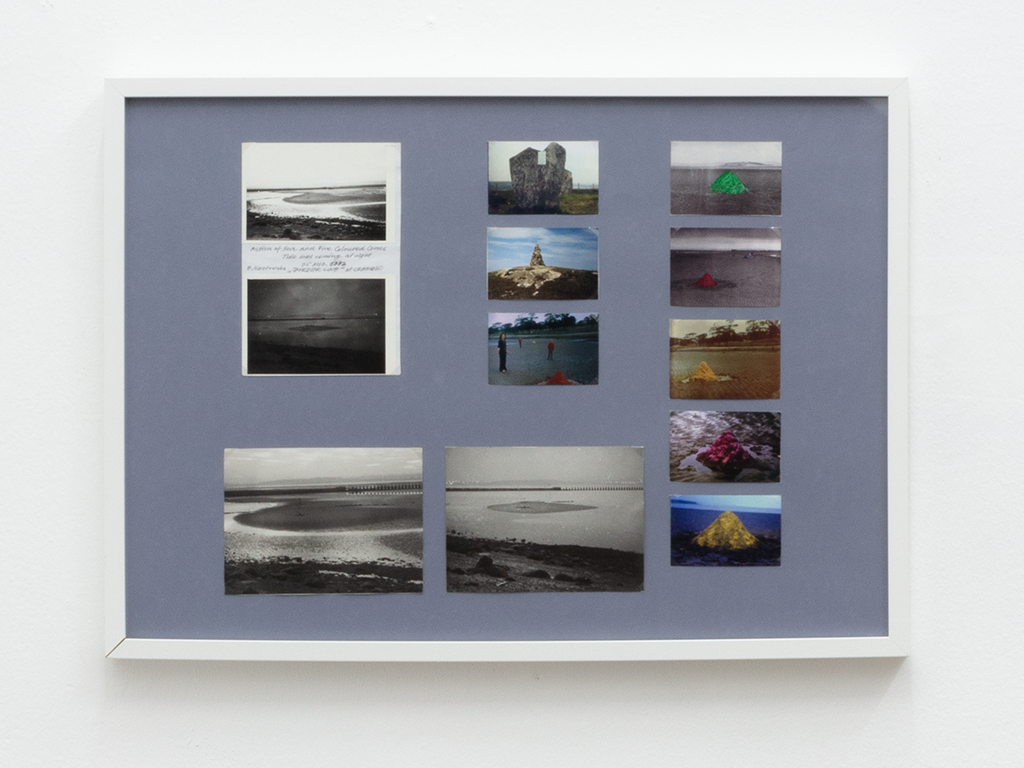 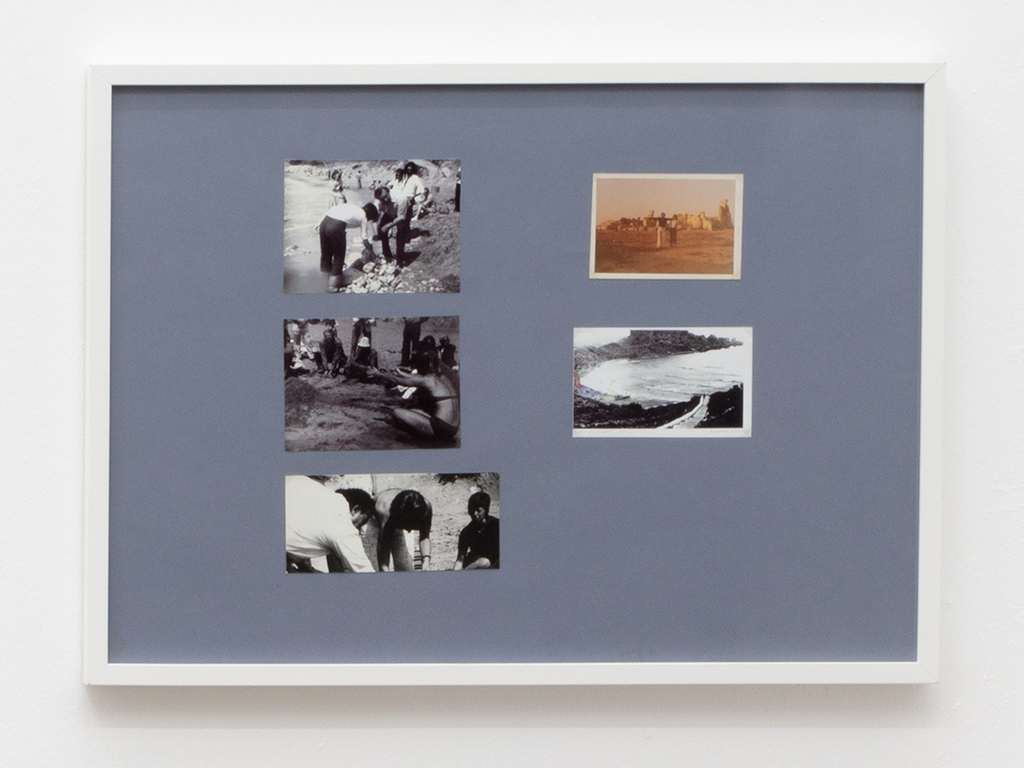 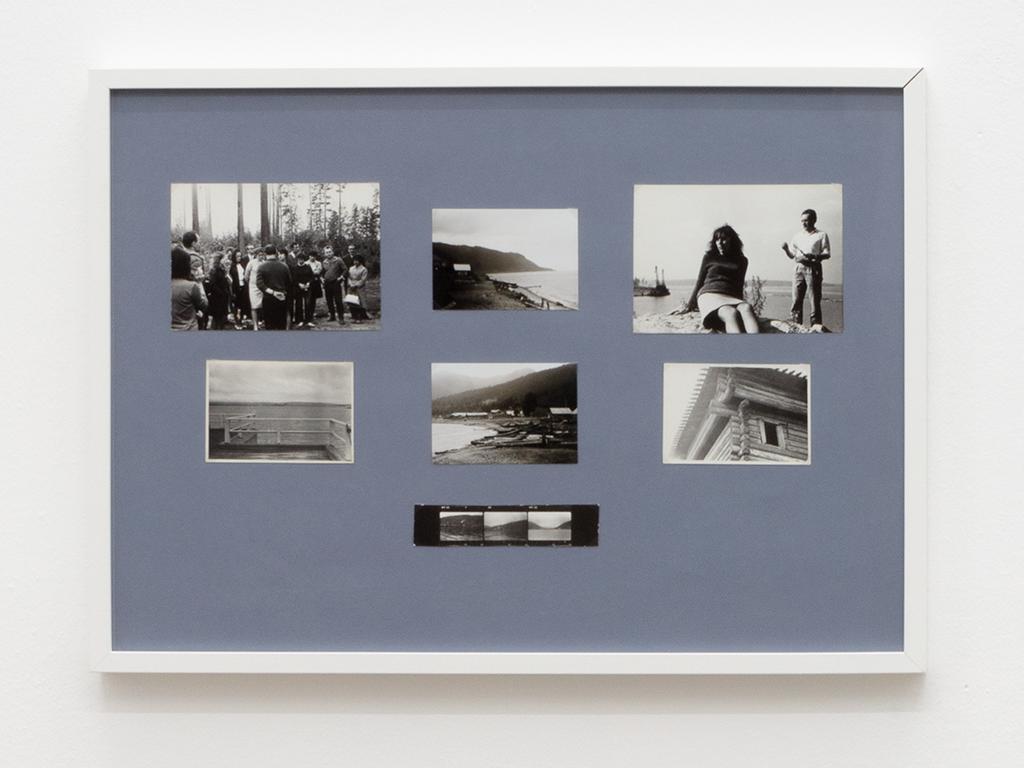 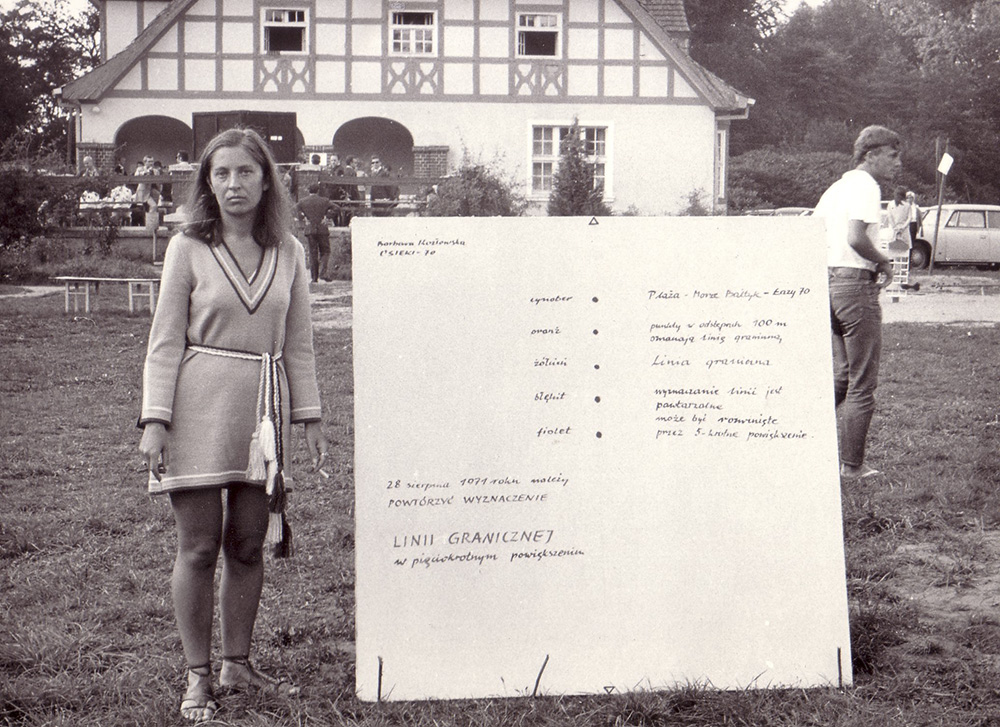 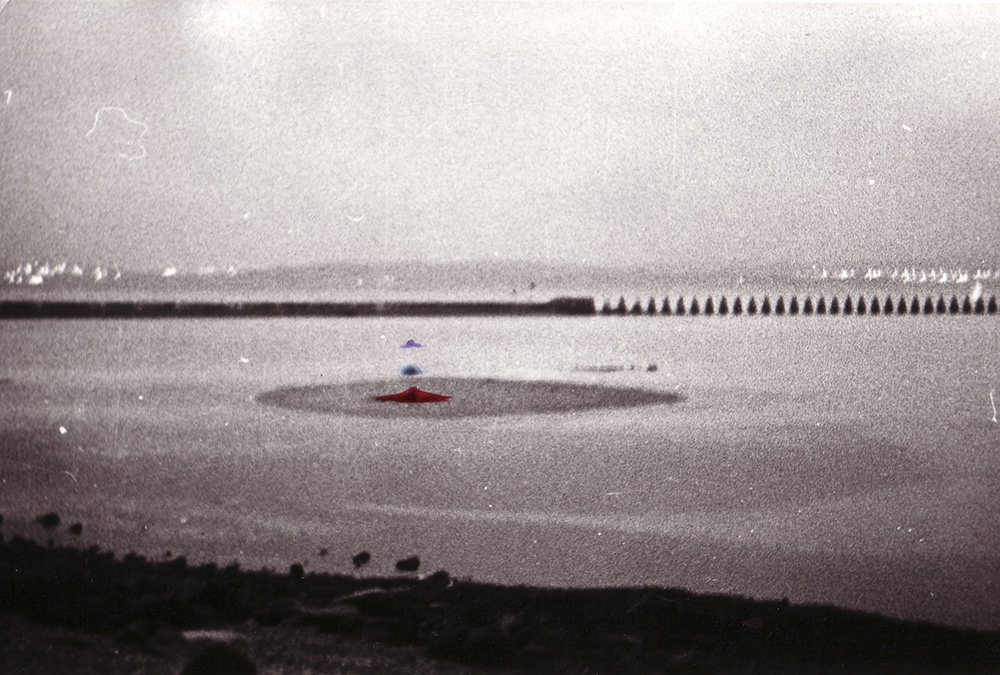 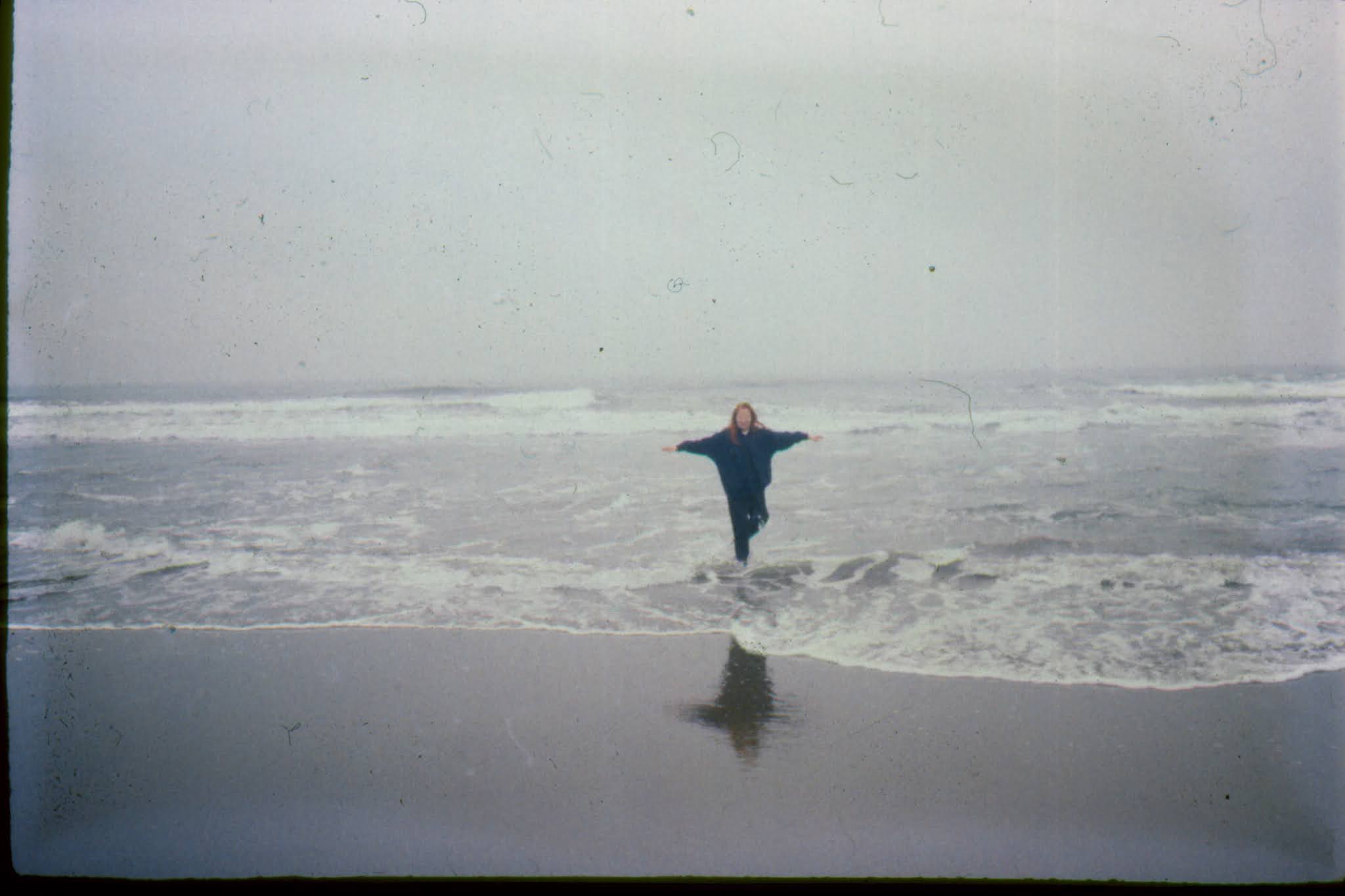 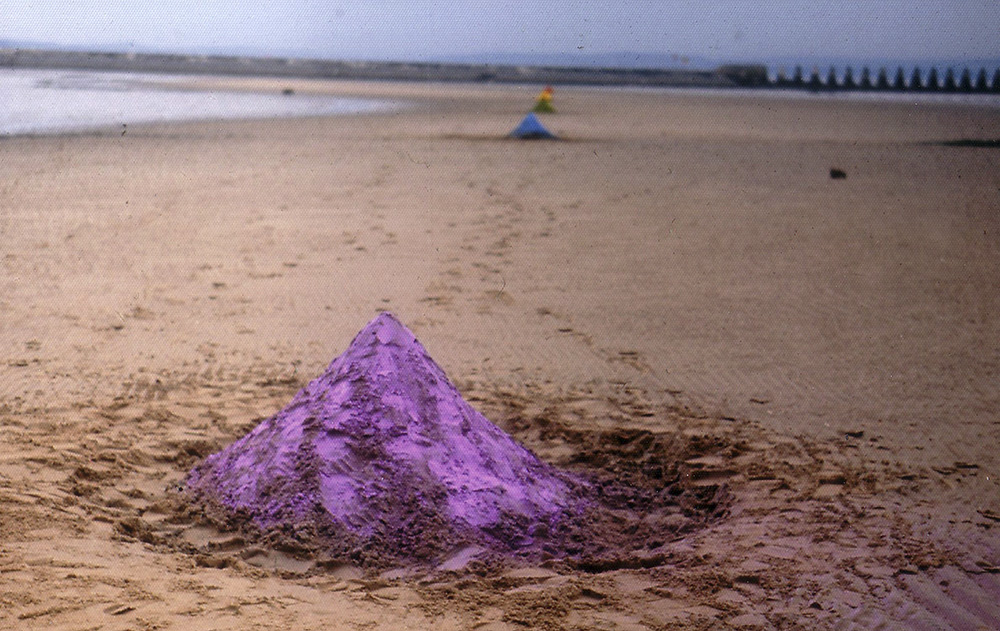 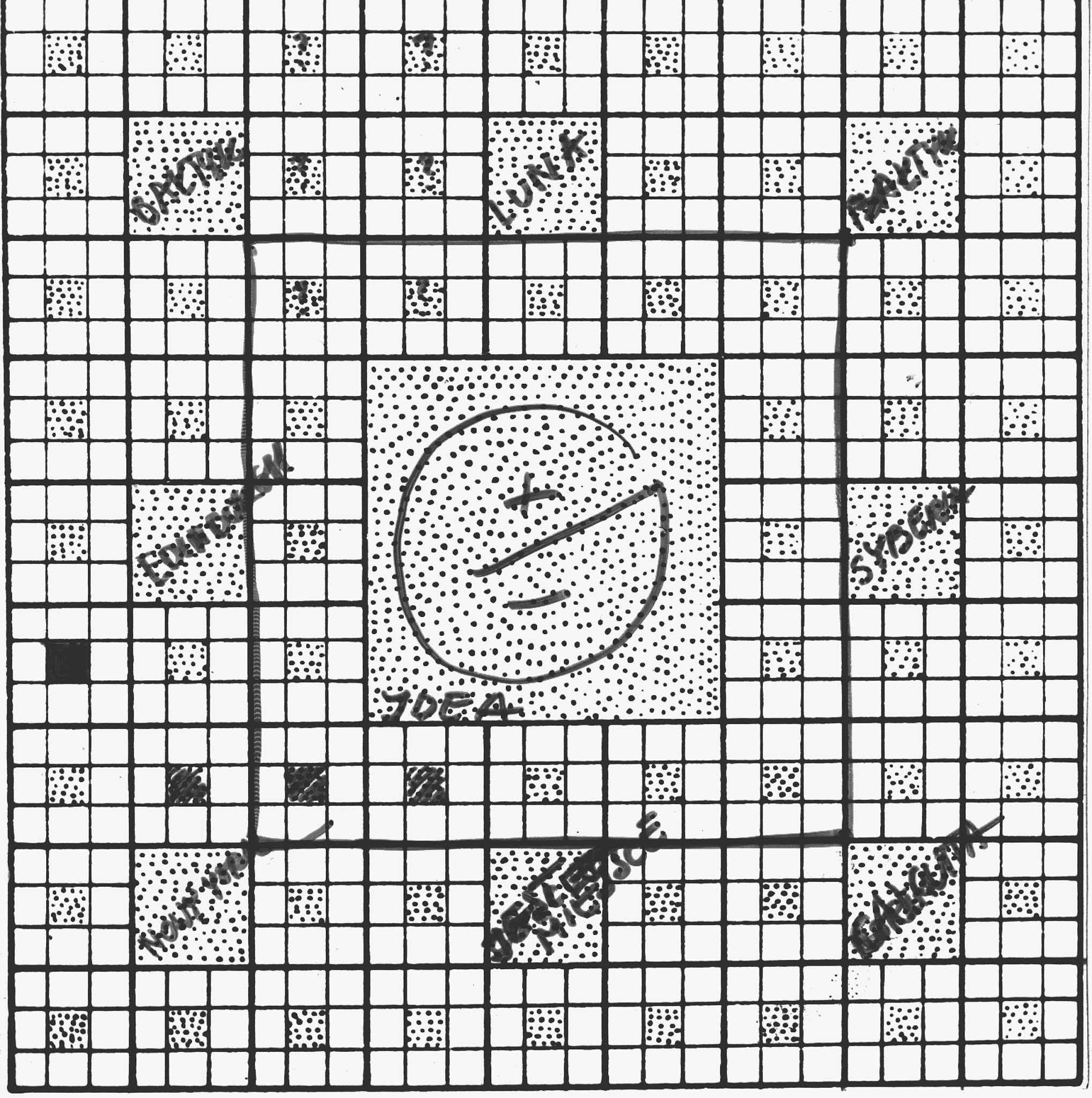 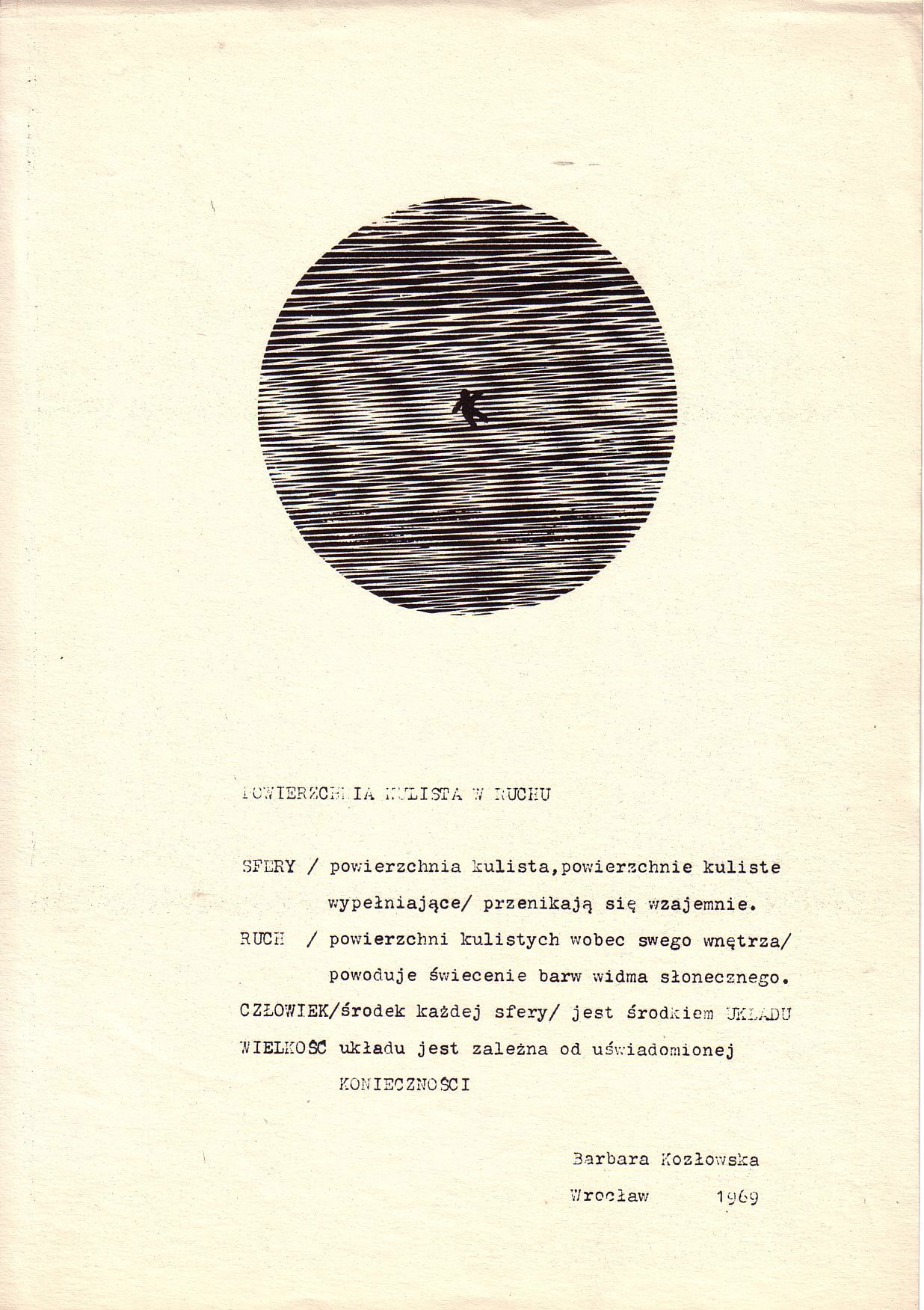 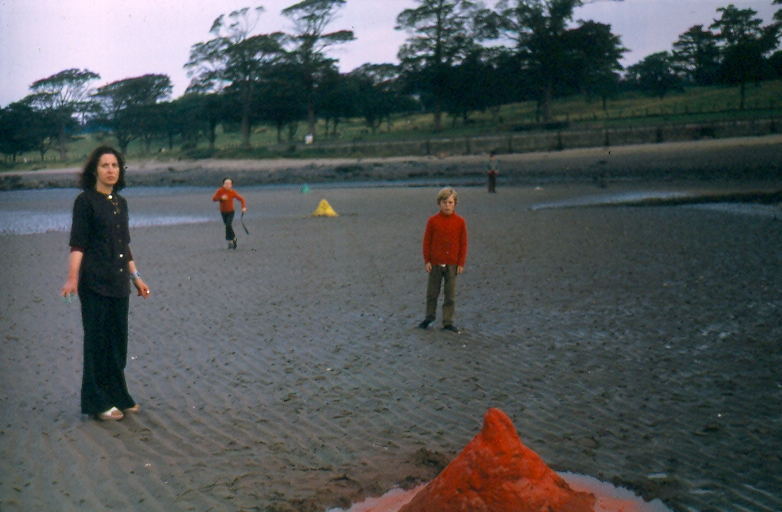 Barbara Kozłowska (1940-2008) drew a line from east to west across the globe by marking a series of places where land and water meet with sand cones, natural pigments or simply her own presence. Kozłowska suggested that the line could continue to the moon along this axis. Borderline charts a cartography counter to political blocs and nation states, conjuring instead an ephemeral map that is grounded in collaboration. Borderline comprises an indexical and systematic approach to subjectivity: navigating the self via contact with others and with nature. Like connecting dots to form a line. Borderline intuits the codependency between humans and the cosmos. And positions human life as a non linear line—fragile and fleeting—endlessly iterative until it's over. Borderline makes abstraction material and potentiality physical.

This major work of Kozłowska’s life and oeuvre encompasses the concept, its nine manifestations between 1967 and 1990 and their documentation in photographs, notes, maps and postcards. Alongside sketches and other collected materials, archival photographs from three iterations are on view at June: from Lake Baikal, Siberia (1967), marking the first point of the Borderline during the artist’s first time abroad, Edinburgh, Scotland (1973), in which Kozłowska repeatedly formed five colored cones during low tide and the her direct intervention in the landscape on the Mediterranean coast in Malta (1975),where onlookers were invited to shape the cones and Kozłowska walked along the line they formed.

A pioneering work of Polish performance and Land Art, Borderline emerged from the burgeoning Polishneo-avant-garde in the late 1960s and 1970s. Kozłowska was part of a circle of conceptual artists and concrete poets in Wrocław at the time and her work transmuted many of the spatial notions the group concerned itself with from a mental to a material realm. As such, space itself can be seen as Kozłowska’ sprimary medium. She and her peers sought a place for artistic experimentation outside of state-controlled institutions, often turning to the natural environment, as she later described: “because totalitarianism entailed the monumentalism of its ideology and all interventions in nature, the use of forces of nature posed a threat to it. Art subordinated to ideology was to become nothing but a propaganda tool, so to escape that role, artists referred directly to the spiritual idea expressed in conceptual art. That aesthetics was logical to us, and at the same time, it carried the sense of the very search for truth.” Kozłowska’s summary evokes the modus of the Central European avant-gardes more broadly, like the ecological awareness of the Slovenian OHO Group (1966-1971) or Czech artists working with water at the time likeKarel Miler and Milan Maur. Understood in the context of such non-invasive, minimal intervention ofabstract elements into the environment, Borderline was particularly radical for the increasing restraint of each iteration, as well as its collaborative and performative dimensions. While the work embodies a vision of freedom of movement as a line that is impermanent and unimpinged by borders, a number of Kozłowska’s intended manifestations were not possible due to difficulty receiving travel documents in the1970s because of her husband’s anti-communist organizing. One unrealized marking of the line wascarried out in India by the late Polish artist Agnieszka Lasota, which she documented in her 2017 filmTHE LINE (All This Can Be Seen Anywhere), which is on view here.

A search for some kind of spiritual truth is evident in Borderline, as Kozłowska delineated her presence by way of the world around her, positioning each as a point of reference for the other. She seemed to sense that repeated indication of this relationship might tap into a deeper or more expansive connectedness. Kozłowska wrote many short texts about Borderline and her practice as a whole, including(instead of a biography), 1975, which is exhibited in translation here as a wall text. In marked contrast to the parascientific lexicon typical of artist’s texts in Poland at the time, Kozłowska wrote about the relationship between art, reality and meaning in the first and third-person: In Untitled, 1991 she writes, “Barbara M Kozłowska does not want to use her art to tame whatever she encounters, because what she encounters is just a matter of which way she goes. [...] If possible, Barbara M Kozłowska would like her art to be the scream of her soul”; in Art and Courage, 1993: “Will we be bold enough to transfer art forms into new spheres of sensitivity, to abandon traditional ideas and pretenses of art? To look for and findredness, yellowness, the goodness of things, blueness, heavenliness, violet, blackness and whiteness. ”These texts also figure as autobiographies, mirroring Borderline as an abstract transcription of the self. Kozłowska's persistent marking of her presence in space and time also arose from an acute sense of her own mortality, having suffered from a chronic heart condition since childhood, as well as never having met her father, who was taken to the Sachsenhausen concentration camp before she was born and died at Dachau in 1942.

Borderline is a foundational work of Polish contemporary art, not widely recognized as such precisely because of the ephemeral and collaborative elements that made it so radical, not to mention the delayed recognition of women artists in the Polish conceptual art movement and in general. While grounded in the wartime trauma and totalitarian regime under which she came of age, her performance of subtle and persistent transgression finds renewed resonance today. Kozłowska’s utopian vision, as well as her open invitation to pick up where she left off, reverberate in a call to pay attention to where you stand and perhaps, to situate that place along a line to the moon.

Barbara Kozłowska was born in Tarnobrzeg, Poland in 1940. She studied Ceramics and Architectural Painting at the State Higher School of Visual Arts (PWSSP) in Wrocław from 1958-1965, where she was a part of the Brzeg group. She ran the Babel Gallery, an interdisciplinary exhibition and meeting space for artists, from 1972 to 1982. Kozłowska participated in the seminal exhibitions of the Polish neo-avant-garde, including the Meetings of Artists and Art Theorists in Osieki in 1970 and 1971, the 4th Biennial of Spatial Forms in Elbląg in 1971 and the summary exhibition Conceptual Reflection in Polish Art. Experiences of Discourse: 1965-1975 at the CCA Ujazdowski Castle, Warsaw in 2000. Since her death in Wrocław in 2008, Kozłowska’s work has been the subject of retrospectives at the EL Gallery Art Center in Elbląg, Poland (2010) and the Wrocław Contemporary Museum, curated by Marika Kuźmicz (2020), which was accompanied by the publication of a monograph. Her work has also been exhibited posthumously in solo presentations at the Arton Foundation, Warsaw in 2016 and 2020 and group exhibitions at venues including the Zachęta National Gallery of Art, Warsaw, the Museum of Contemporary Art, Zagreb and the Kunstmuseum Bochum, Germany.

Thank you to Marika Kuźmicz of The Arton Foundation, Zbigniew Makarewicz and Arthur Laidlaw.