An Interview with Ivana de Vivanco

Last month, I had the pleasure of meeting Ivana de Vivanco, meanwhile she was in residency at the Contemporary Art Center and Artist Residency Casa de Indias in the heart of Puerto de Santa María. The residency programe was launched in 2019 by Lola Martínez and César Jiménez, a couple that shares the passion of collecting contemporary art and with the aim of supporting emerging artists. de Vivanco’s studio space was including an indoor space and one large terrace, from where you get a nice view and the sunlight that characterize the area of Cadiz. During my visit we both sat at the terrace and I asked her few questions in order to get closer to her practice. 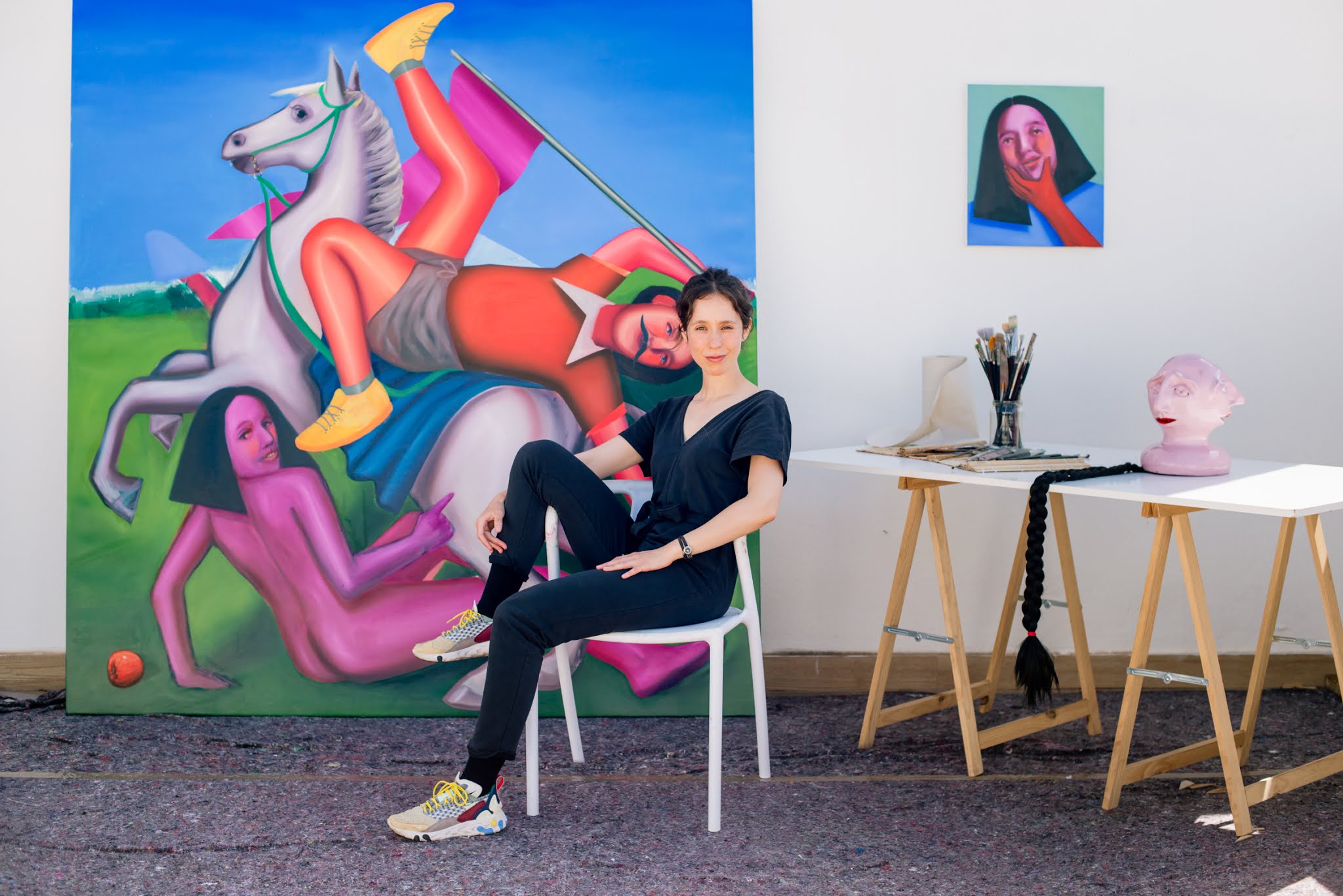 MG: You are a Chilean-Peruvian artist, born in Lisbon and based in Leipzig, why did you choose Germany?


IdV: The true is that for a long time I actually wanted to go to France to study; I spoke French and Paris was the dream city of my teen-years. One day though, while I was still studying in Chile, I discovered the Art School in Leipzig and I was so fascinated by it, that I decided that I had to somehow learn German and go there to continue my training as a painter. I remember I was so motivated, that I flew to Germany with my dossier of works under my arm and just knocked on the door of the Art School. It was an adventure and I was so happy it worked out in the end and I got a place to do my postgraduate studies there. That was back in 2012 and I’m still living in Germany, which is a Country with a large space for artists and a multicultural environment. Probably that’s one of the main reasons why I decided to stay.

MG: Why did you start painting and how did it happen?

IdV: For me, painting has always been a medium for imagining and inventing stories. The choice to become an artist felt very natural and I don’t remember any moment of struggle having to ask myself “and now, what do you what do with your life?”. I have always been drawing and painting since I was a child and I just felt I had to continue. I have been also always attracted to philosophy, literature and art history, but somehow all those passions found a place to express themselves within the frame of visual arts. I think painting is a revolutionary media. We are used to a world where images constantly fly and our eyes are slowly losing their capacity to focus and observe carefully. In order to be able to understand a painting, the viewers need to position themselves in front of a still image and take their time challenging the rhythm of our contemporary era. 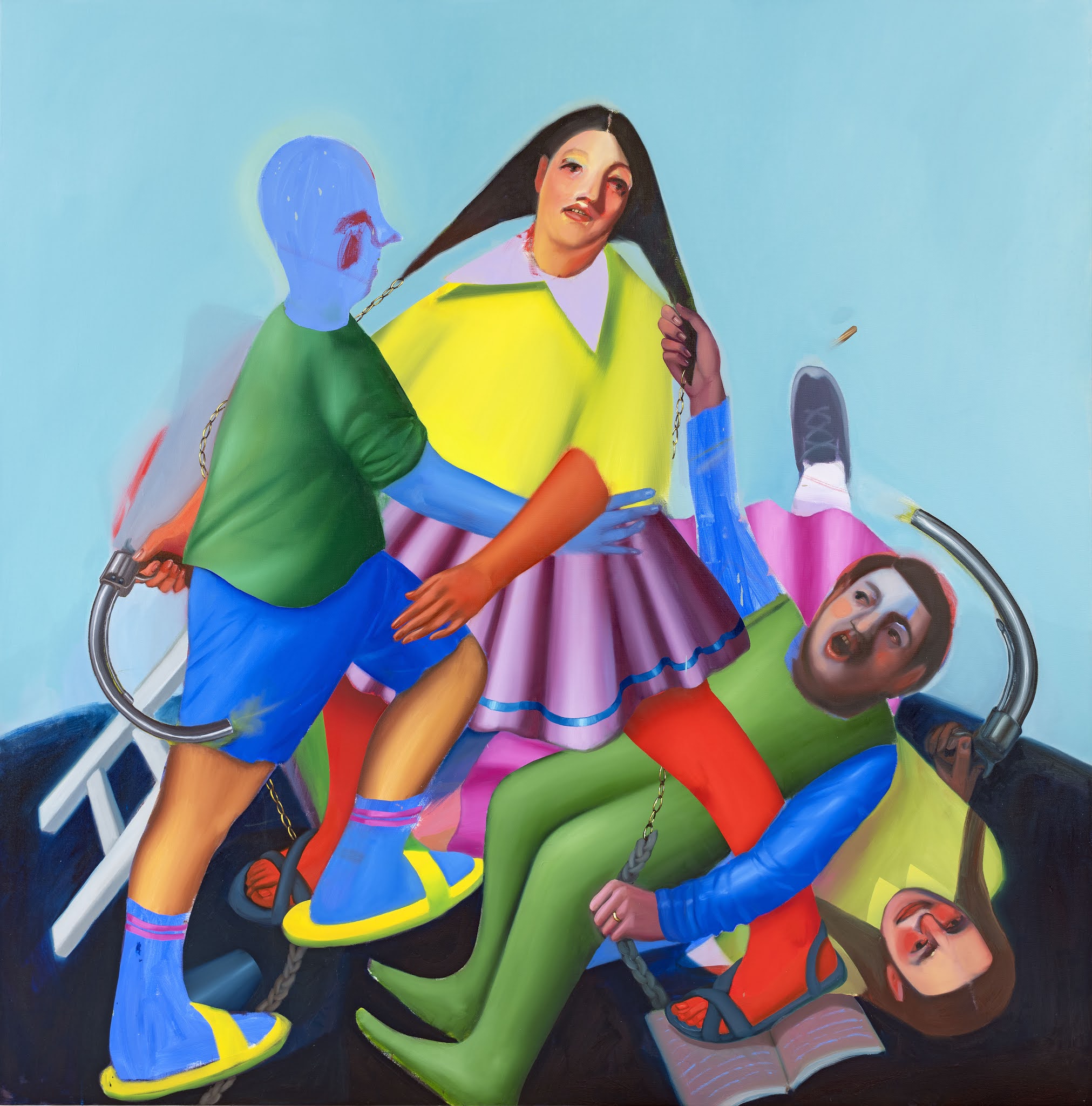 MG: When did you start to make sculptures?


IdV: Meanwhile I was painting, I realized that there were elements and characters from the scenes pushing from the other side of the canvas to “come out”. They were definitely trying to leave the frame and enter the space. So, at that point, I started feeling I needed to make sculptures. Nevertheless, the final impulse to start working three-dimensionally came during a journey I did to Cuzco in Perú a couple of years ago. I went there to study the Cuzco school of baroque painting and I was not expecting to be so touched by the sculptures. I visited lots churches from the region. They are so impressive: some of them are located in lost towns and despite of that they are fully covered in gold, murals and sculptures everywhere! And well, although I was there to study the paintings, something really intrigued me about the sculptures. The fact of being in front of an altar, and seeing the powerful combination of sculptures and paintings was more than inspiring. After those weeks in Perú, I went back to the studio and I started experimenting. I obviously ruined most of the first sculptural attempts. I was cutting the moulds in the wrong way and making lots of mistakes, but it was something new and therefore risky and exiting.


MG: Then I guess that experience was crucial for your production?


IdV: Definitely, it was the starting point of something new. After that, I went to Italy to do a deeper research about sculpture. In Rome I stayed at the house of a great-aunt of mine, who was the wife of my great-uncle Joaquín Roca Rey, a very talented Peruvian sculptor I didn’t have the chance to meet in person. I wanted to see his works in his old studio, at the Villa Borghese and other collections. I really appreciated the experience of following his footsteps. Then, I went down to Pompeii, and visited Paestum as well. Such incredible places! There was where I found the form I had been looking for to start my first series of sculptures. While watching the Greek temples I realized that the columns where not really there to sustain the buildings, but the buildings were there almost to justify the columns. It’s all about the columns in classical architecture: they are the real protagonists of the scene. 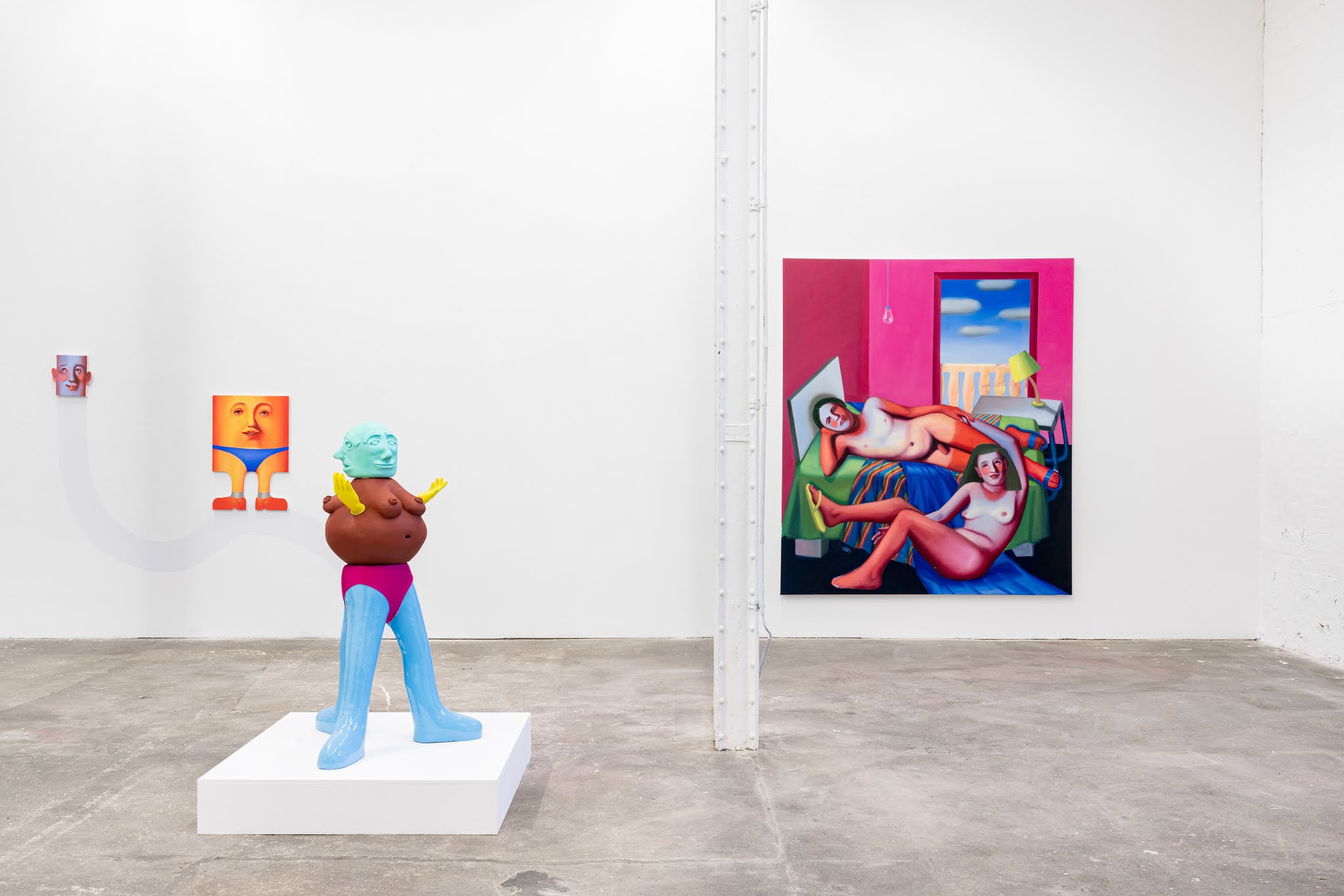 MG: Indeed, I can see the verticality in your sculptures right?


IdV: Yes, I started with the ancient column as a principle. Then the work got more dynamic, modelling the different parts of the sculptures, that are superposed like columns. However, the colours are directly related with my paintings.


MG: What is the theme you use in your paintings, could you please tell me a bit more?


IdV: I am interested in different themes. Indeed, I came here, to the south of Spain, motivated by the readings of thinkers from the “decolonial” turn. I wanted to study a couple of chapters of history in situ, where the configuration of the modern world started, 500 years ago. I have been following, for example, the motive of the apostle Santiago (called as well Santiago Matamoros and later Mataindios), because of the iconic importance he has in Latin America, especially in the region of the Andes. 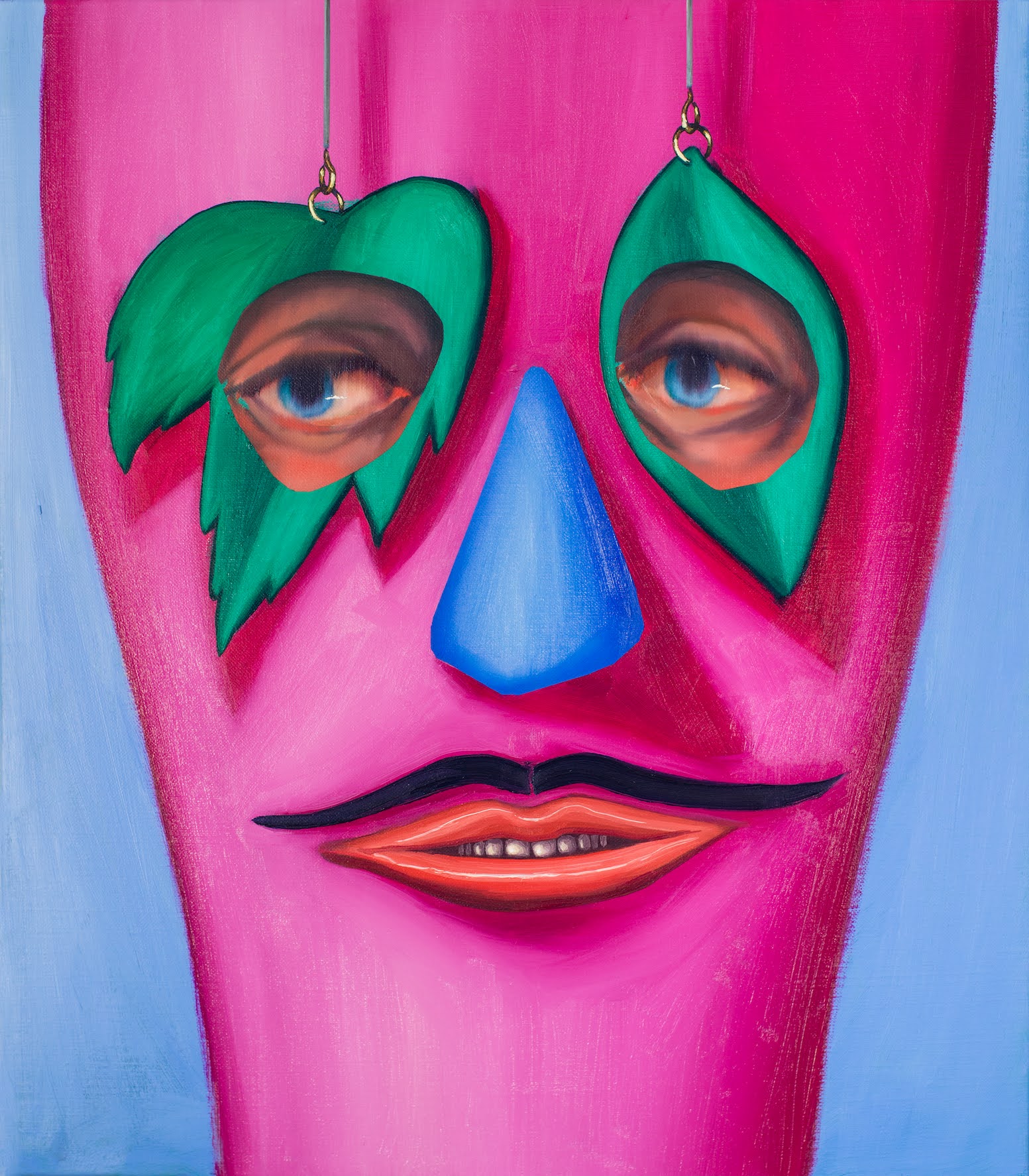 MG:  Could you please tell us a bit more about the work “Santa María” you have been doing here at Casa de Indias?


IdV: This is a painting that arises from the figure of Juan de la Cosa (the captain of the Santa Maria ship) who was the person that accompanied Christopher Columbus during his Journey from Spain to America in 1492. He is also famous because of his world map, that includes America. The map is really beautifully drawn. Nevertheless, I was impressed when I saw that each continent had been represented accompanied with the drawings of their leaders and monarchs and that America was completely empty. There were no drawings of Inca or Azteca leaders, nothing, just the figure of San Cristóbal in the middle. It’s incredible how present this conflict still is in America, where indigenous people are terribly discriminated and have to keep defending their culture and territories. In the last 500 years the attempts to erase them from the map haven’t stop. When working on this painting I reviewed these topics and tried to capture something of that story of fight and discrimination. In a way, I am a product of that mixture of cultures (and a product of that violence as well) and I always try to find a visual form for those contradictions. That’s why the representations have bright and vibrating colours and playful compositions that somehow contrast with the theme. 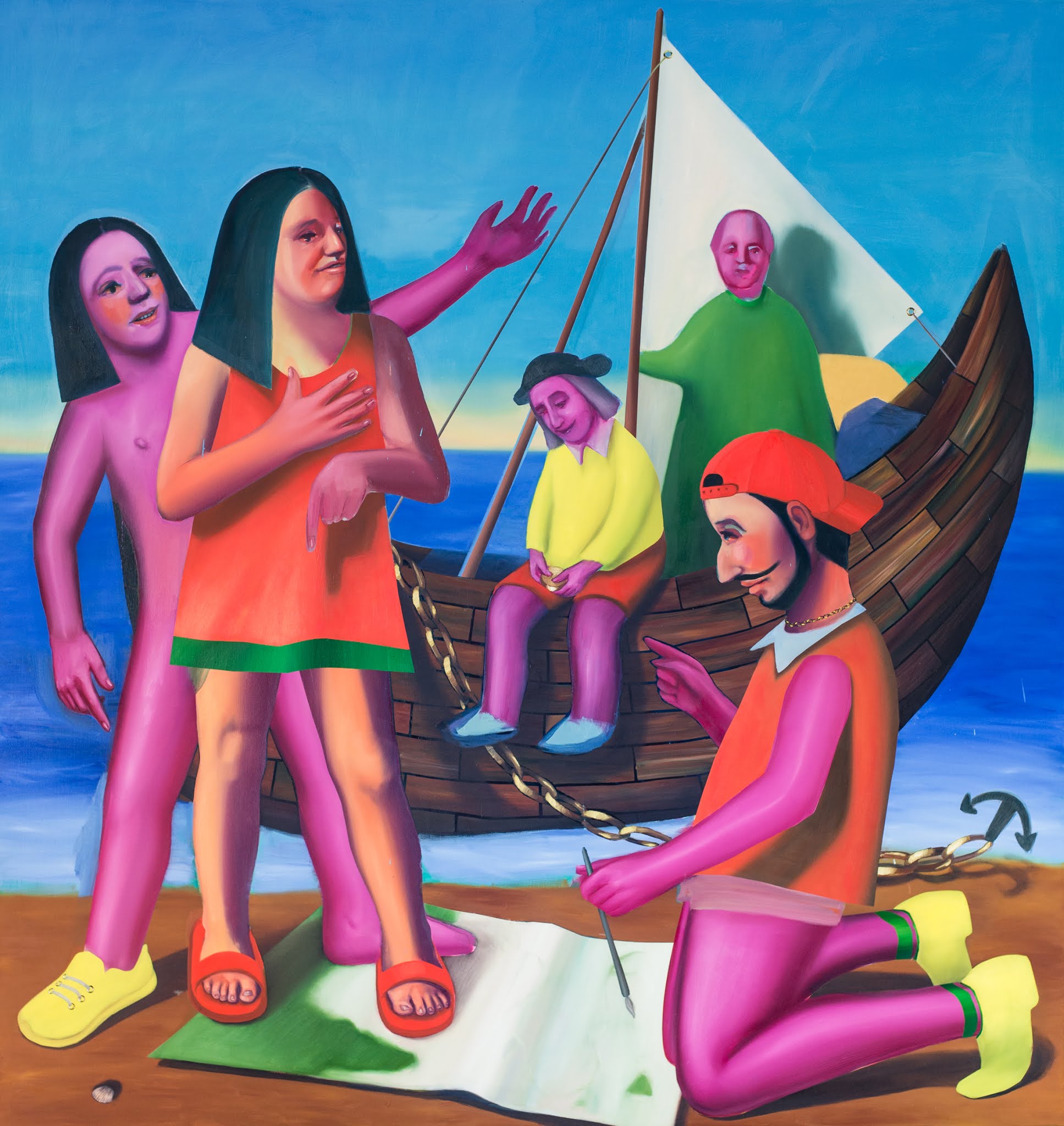 MG: Now that you mention it, I really want to ask you, why the use of such colors? I see it has been changing in the last few years.


IdV: Yes, at the beginning I used a range of colours that was much darker. Now the colours have become bright and saturated. It is so interesting to see how people react in front of the new work: first they see the striking colours and get lost in how beautiful they are and then, after a while, they realized that the scene is actually narrating an event that can be very violent. When the viewers see the colours at the beginning, they lower the guard and suddenly they discover they are in the middle of something very serious. 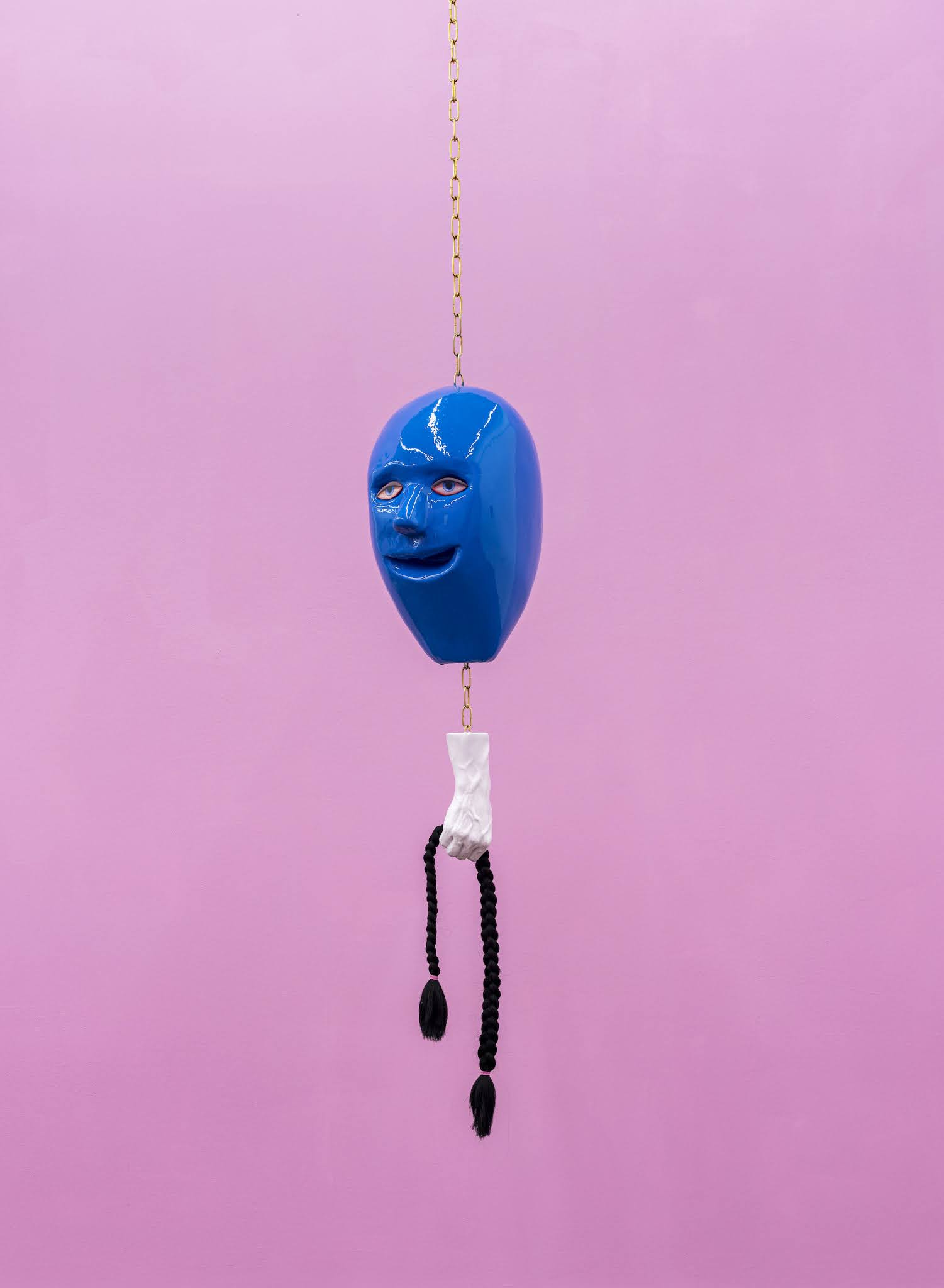 MG: Last but not least, where can we see your works soon? Do you have any exhibitions coming up?


IdV: I will have the exhibition of the works I have been doing at Casa de Indias, in their exhibition space here at Puerto de Santa María, and I am currently at the group show “Trace Evidence” at Badr El Jundi in Marbella. I also have a show coming up in Berlin at 68 Projects at the end of April. 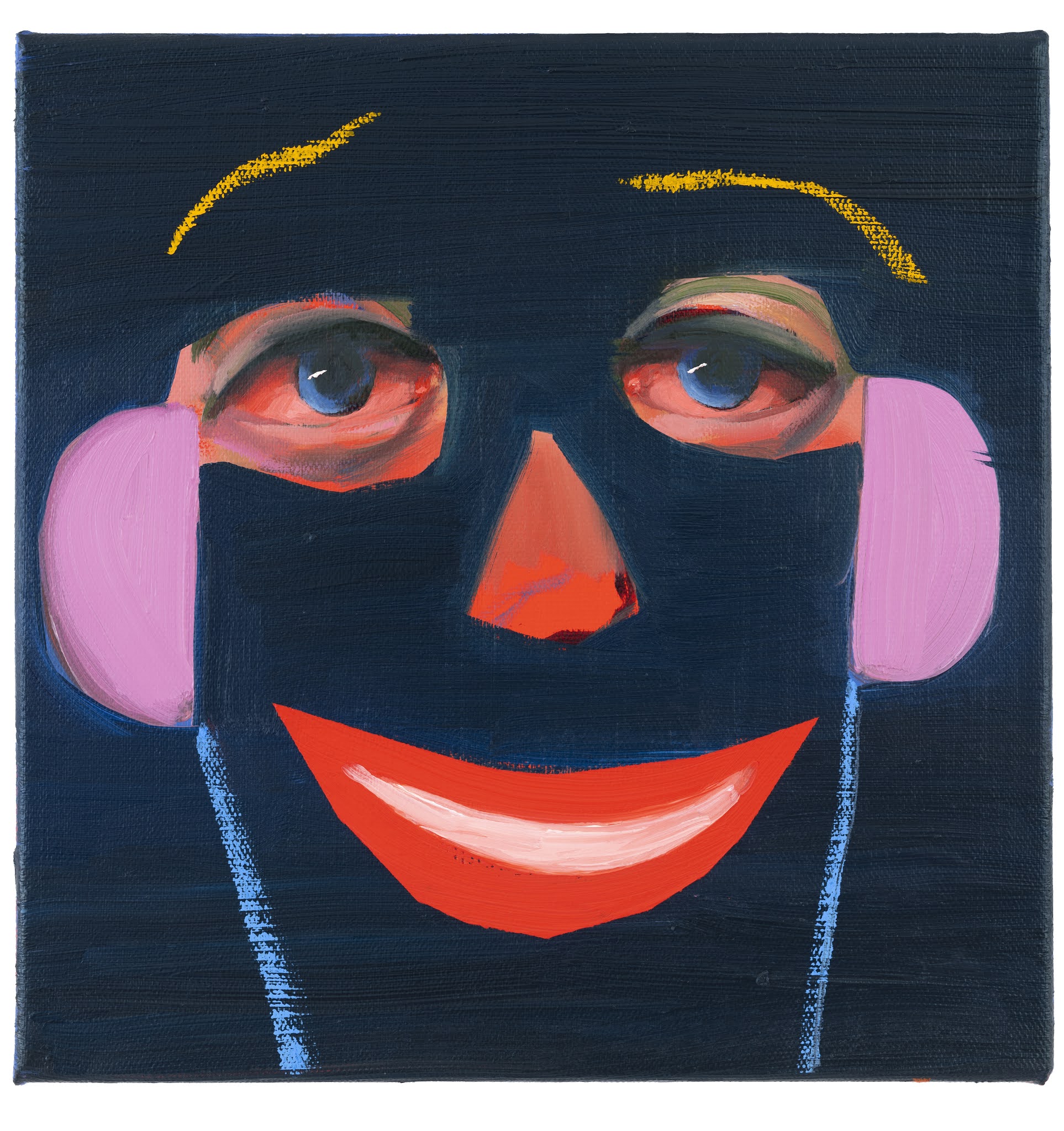 Ivana de Vivanco (b. 1989 in Lisbon) is a Chilean-Peruvian artist based in Germany. She studied Fine Arts at the University of Chile in Santiago and at the Academy of Fine Arts in Leipzig. She has been a grant holder of DAAD, the Heinrich Böll Foundation, the Cultural Foundation of Saxony and in 2015 she was awarded with the Marion-Ermer-Prize for young artists in Germany. Her work has been featured in several publications such as 100 Painters of Tomorrow published in London by Thames & Hudson and has been recently exhibited at the Museum of Contemporary Art in Santiago (CL), Kunsthalle Darmstadt (DE), Josef Filipp Gallery in Leipzig (DE), The Ryder Projects in Madrid (ES) and Badr El Jundi in Marbella (ES).