Tom Castinel and Bruno Silva at In extenso / Clermont-Ferrand 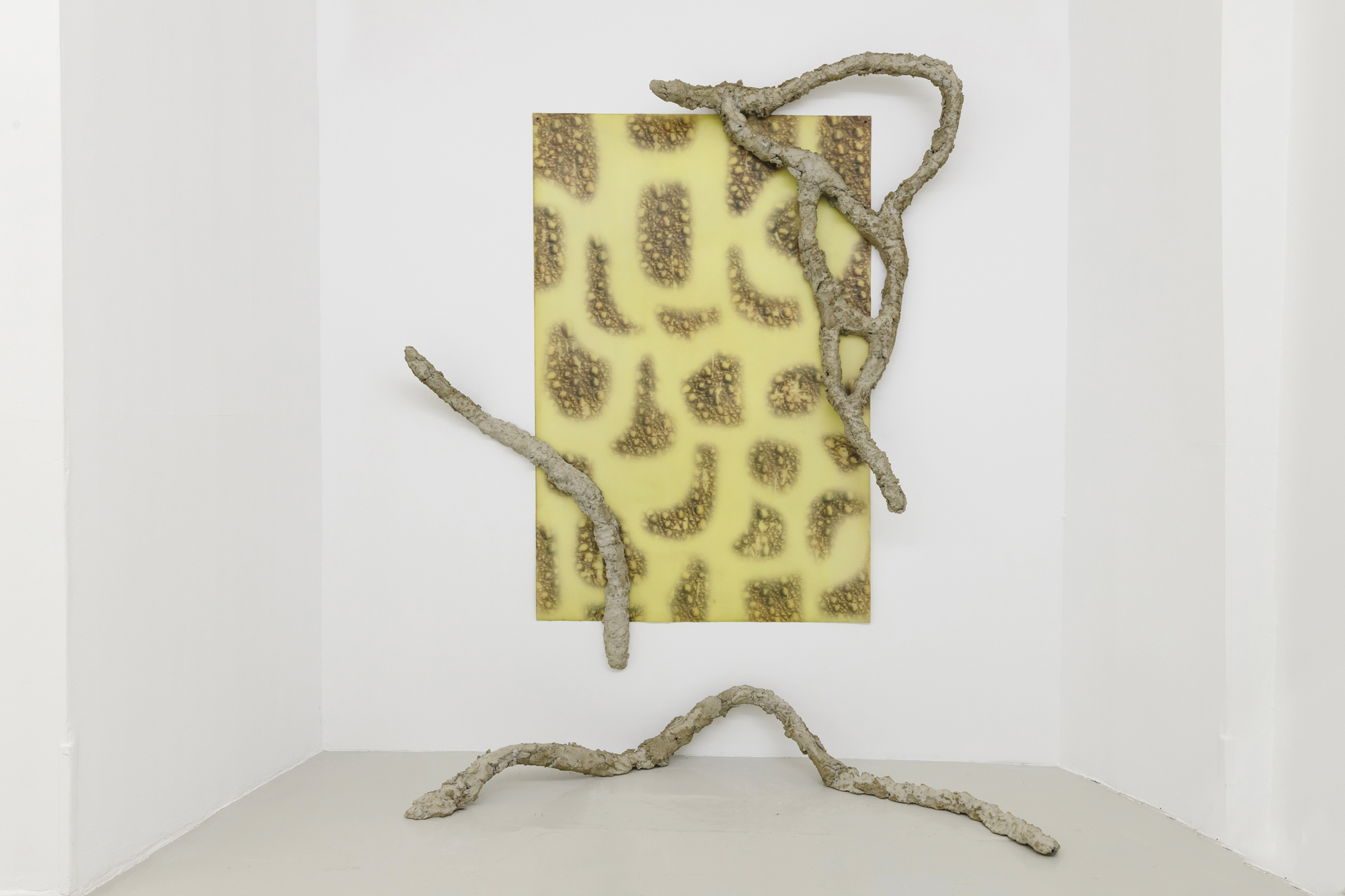 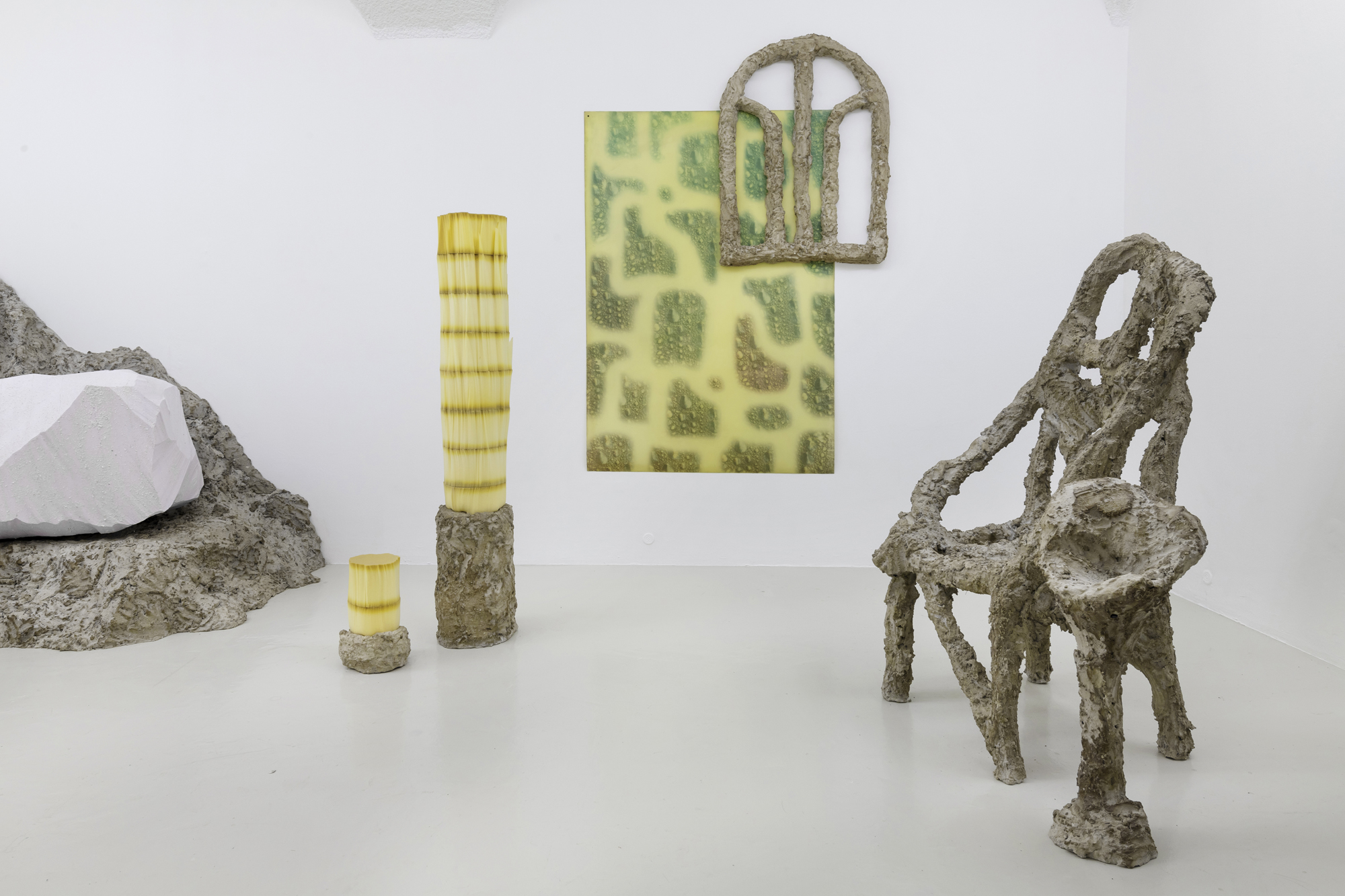 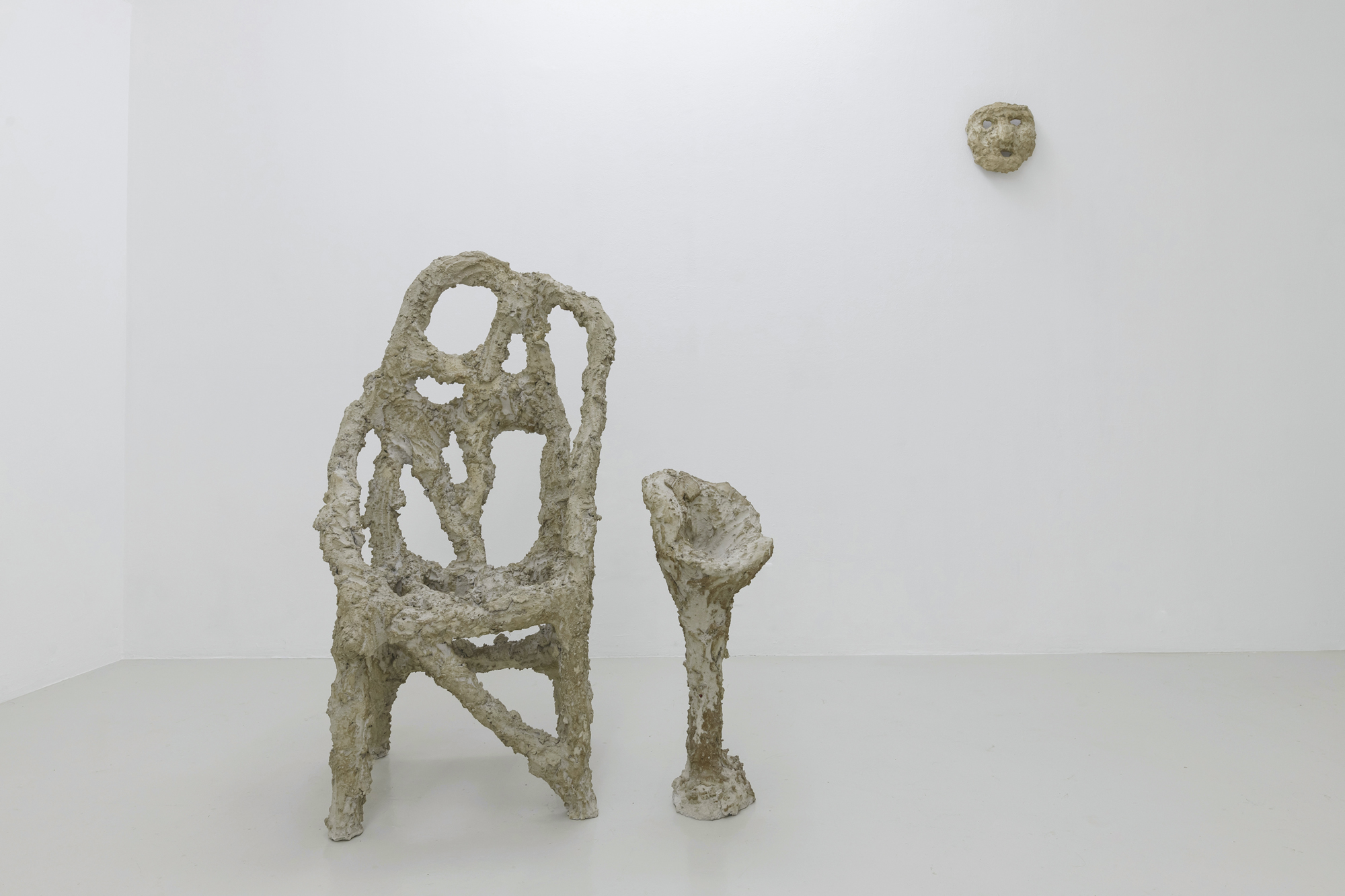 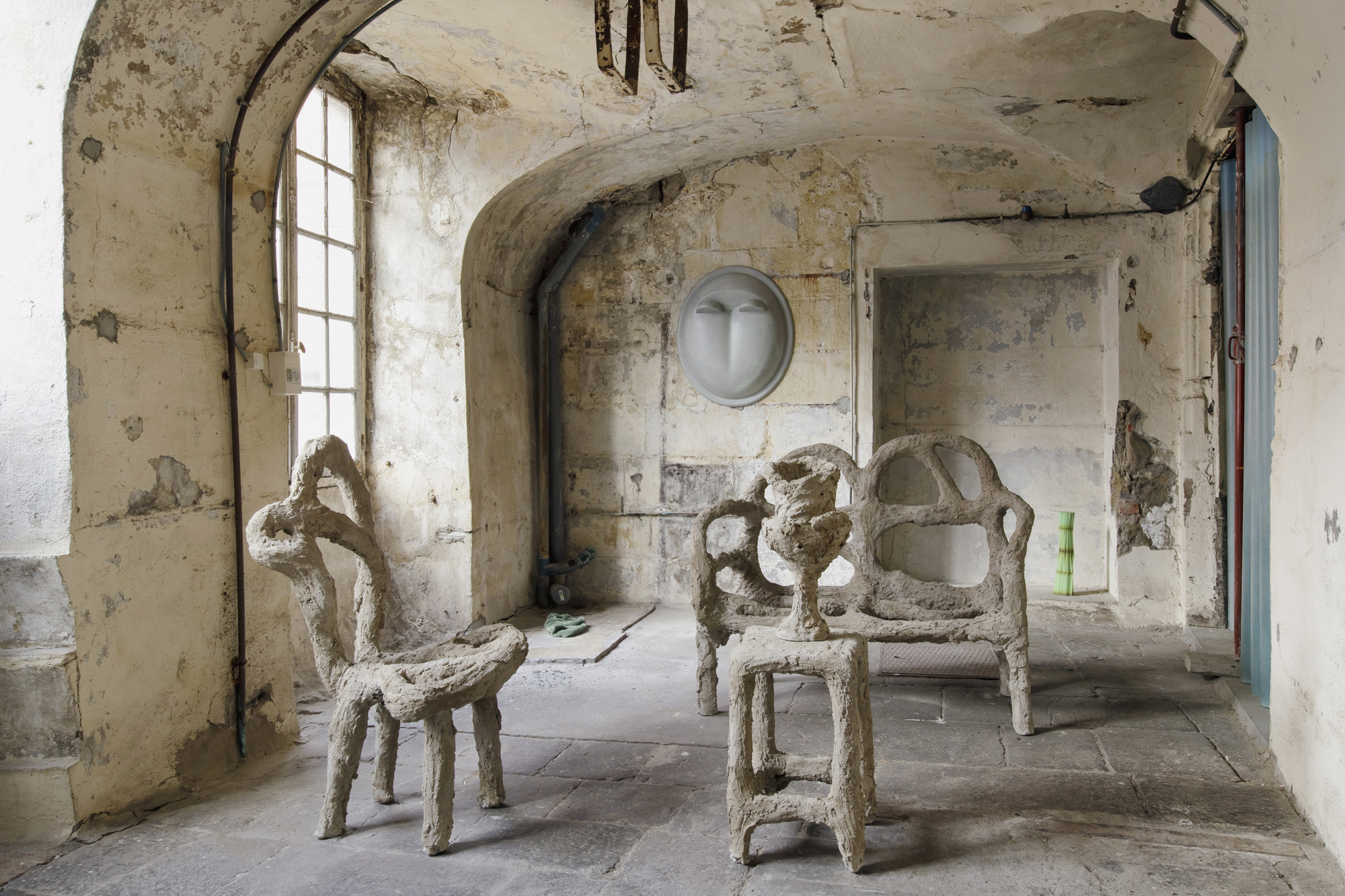 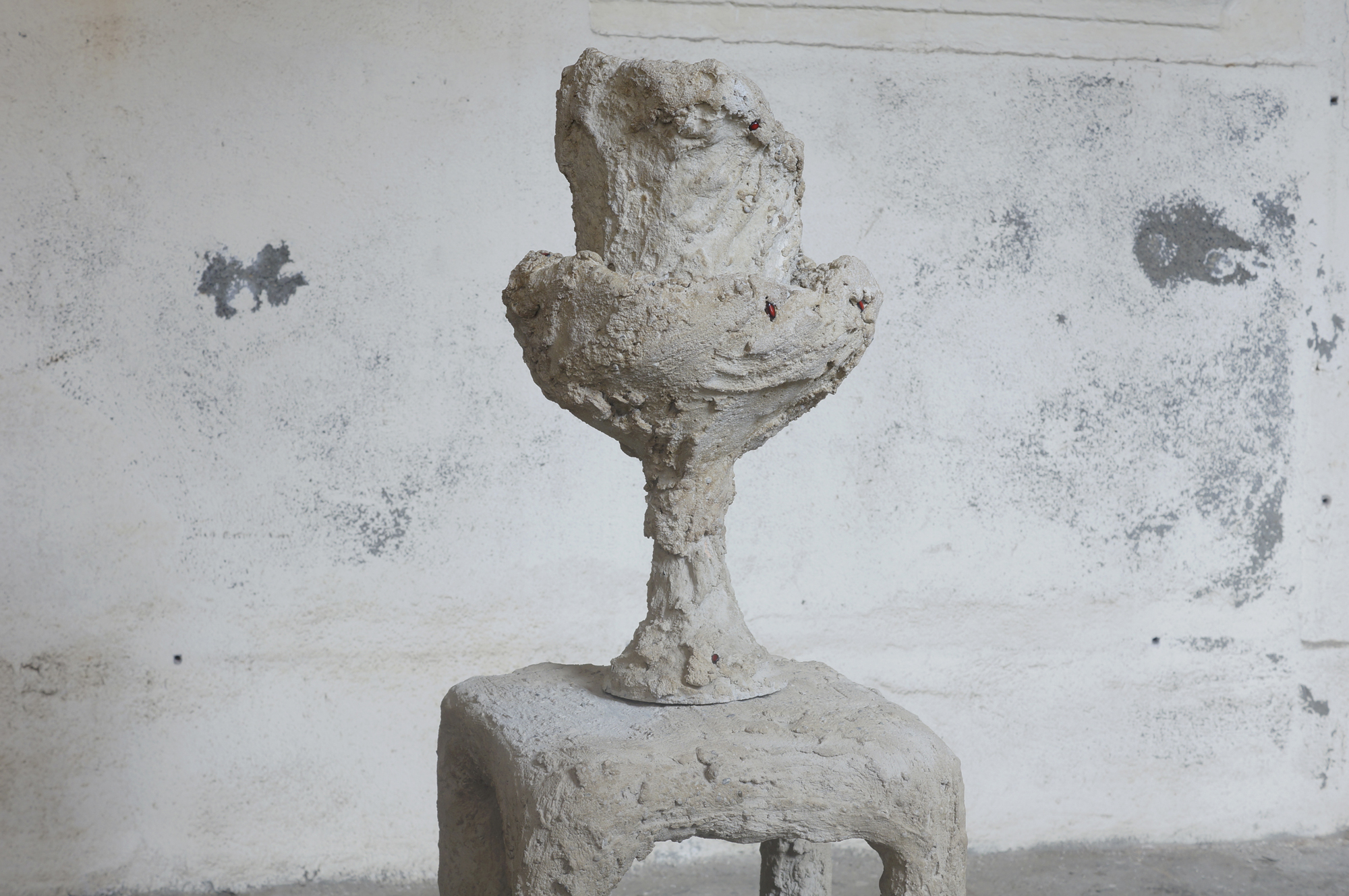 Photo credits by Ludovic Combe & Bruno Silva
For the exhibition Half-Park, Tom Castinel and Bruno Silva collaborate to create a hybrid environment where organic and synthetic elements are combined in a collage of shapes and encrustations of materials. Moss columns and forms made of polystyrene and shell powder suggesting plants and rocks interact with concrete furniture, whose rough surface resembles the bark of a tree. Here everything is false or pretending to be real. The artists are also producing a film in the exhibition space, which is temporarily transformed into a film set. Inspired by the final scene of the film Cosmopolis (2012), by Canadian director David Cronenberg, the script written by Tom Castinel and Bruno Silva is a fictional projection of their exchanges in the studio, a story of the appropriation of each other's work and of role-playing.
Tags Bruno Silva, Clermont-Ferrand, Daily Lazy Exhibition., In Extenso, Tom Castinel
Newer Post Older Post Home