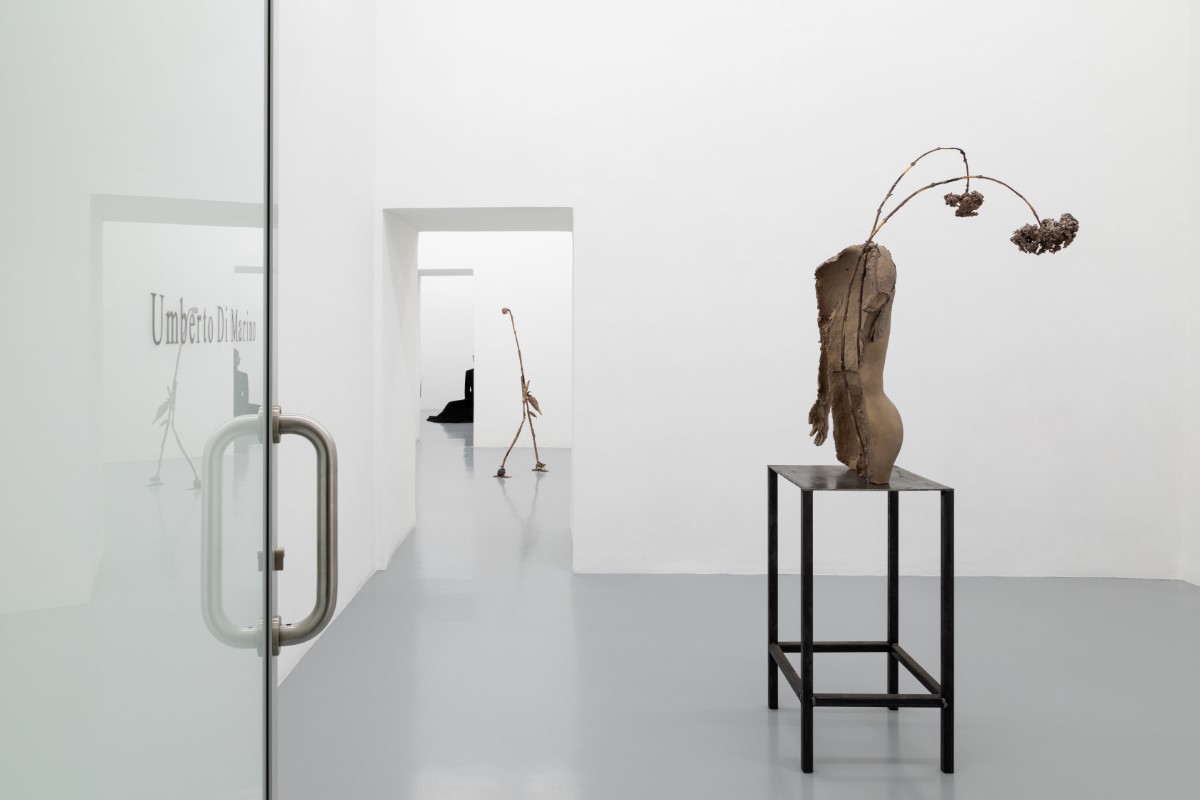 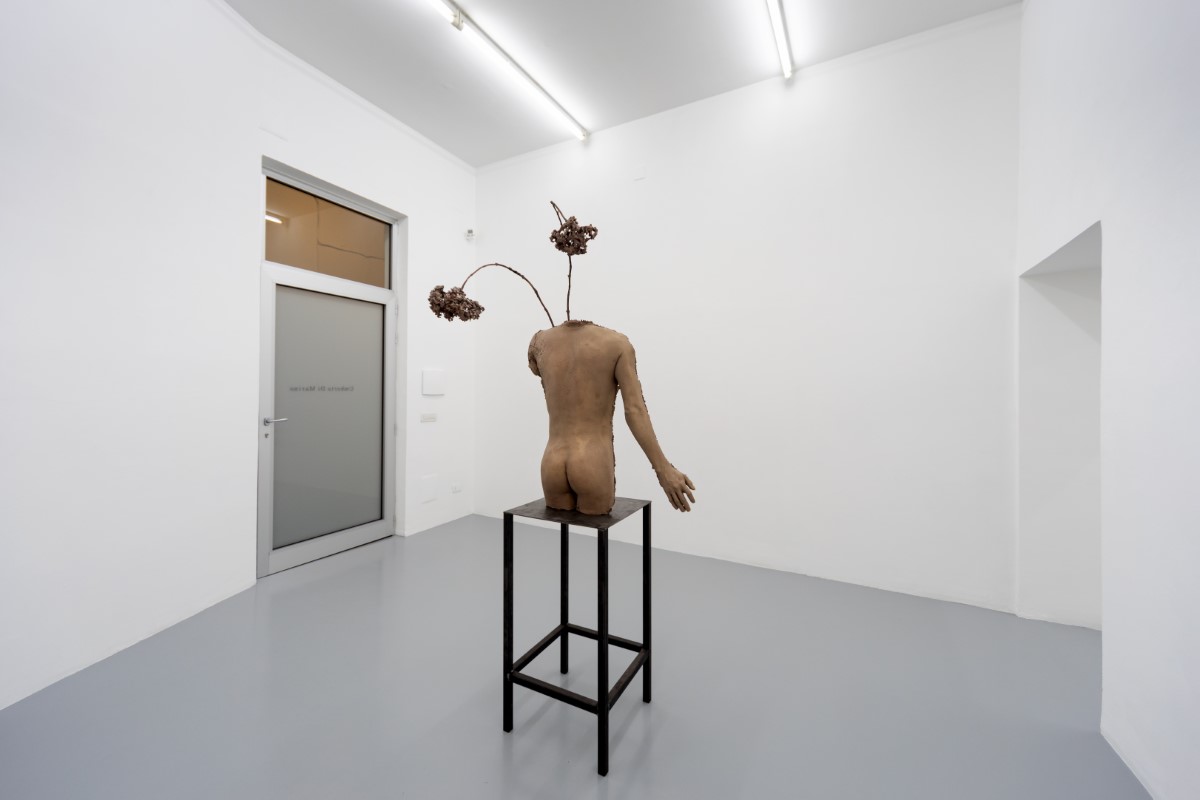 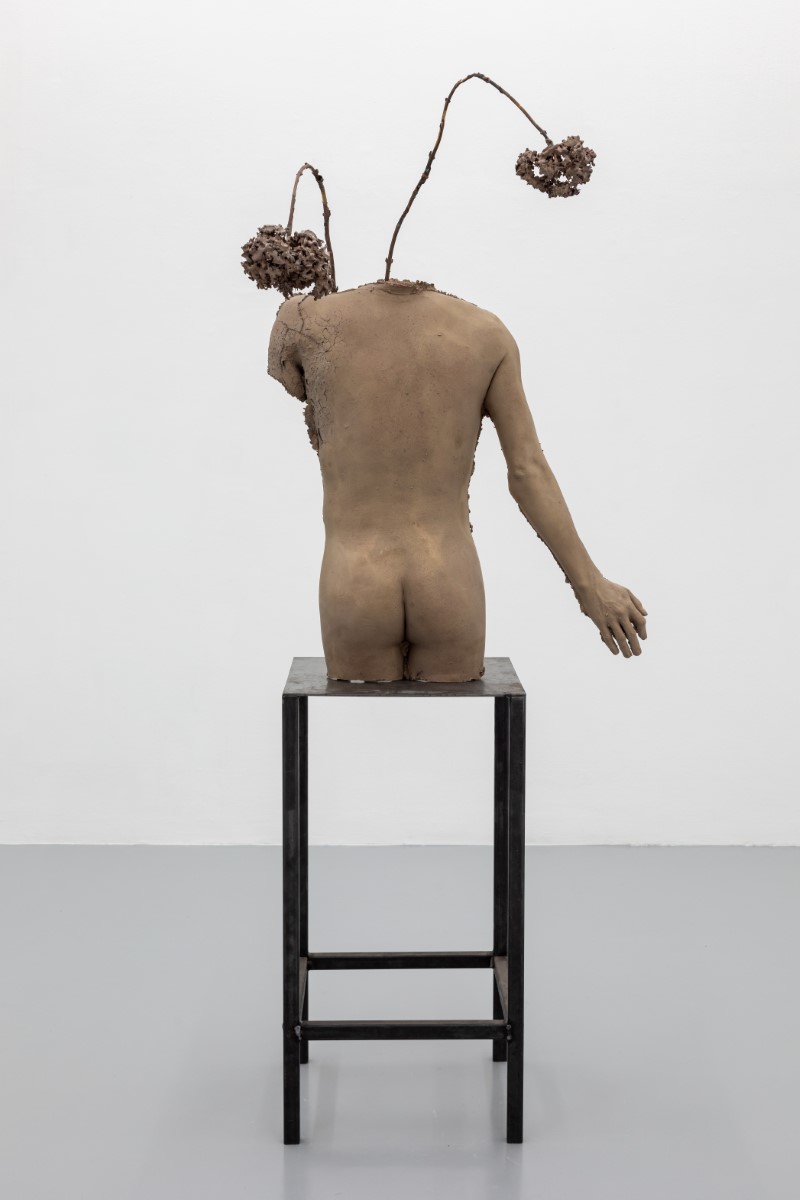 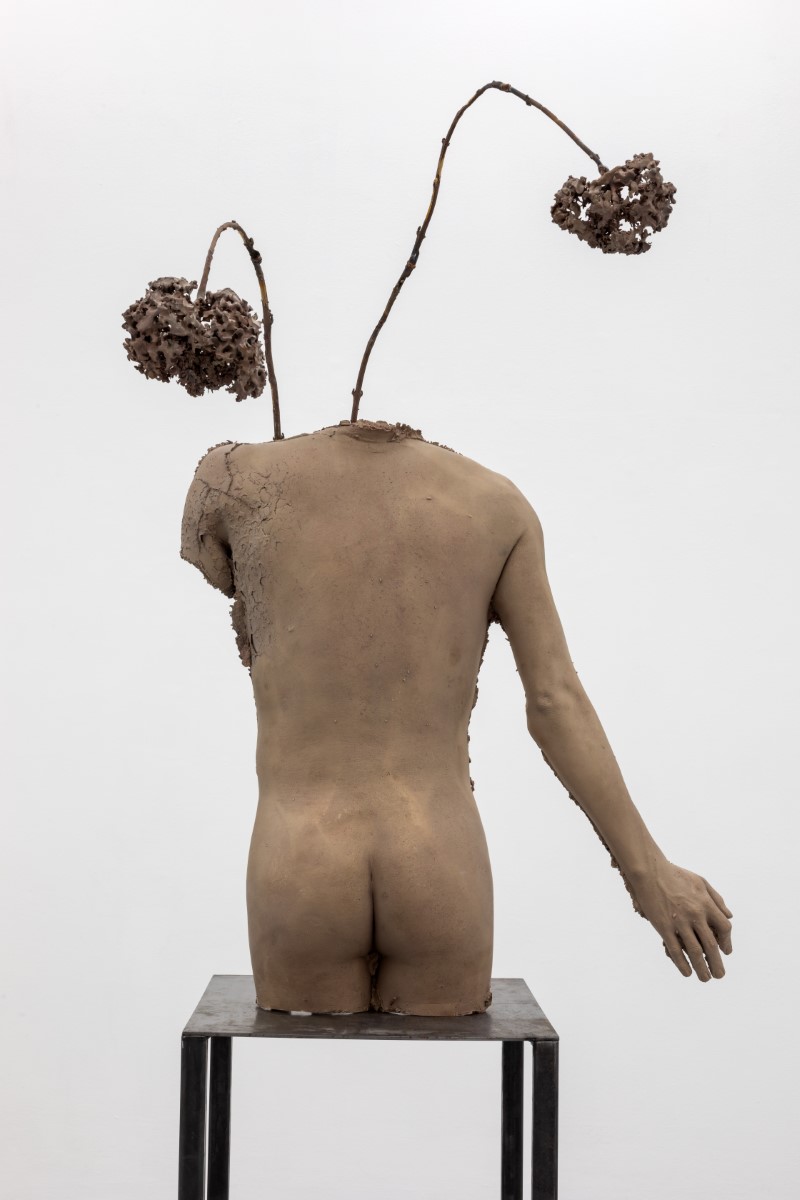 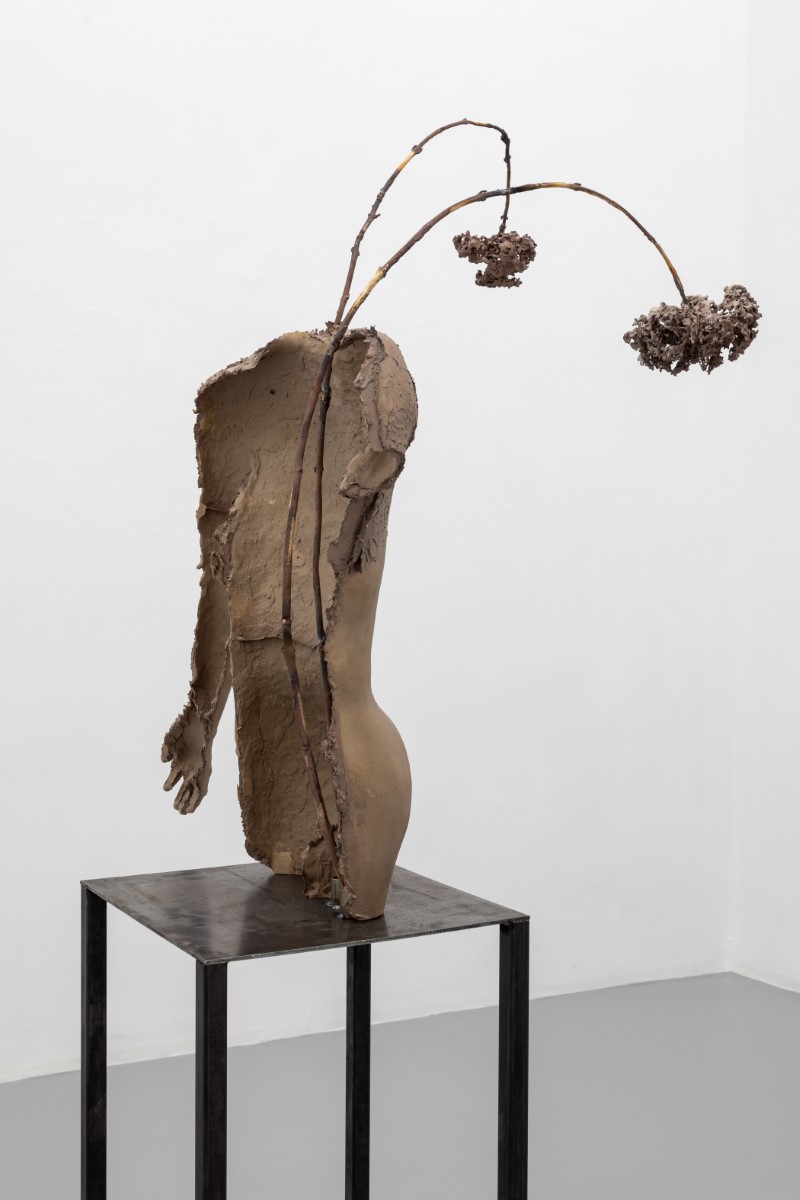 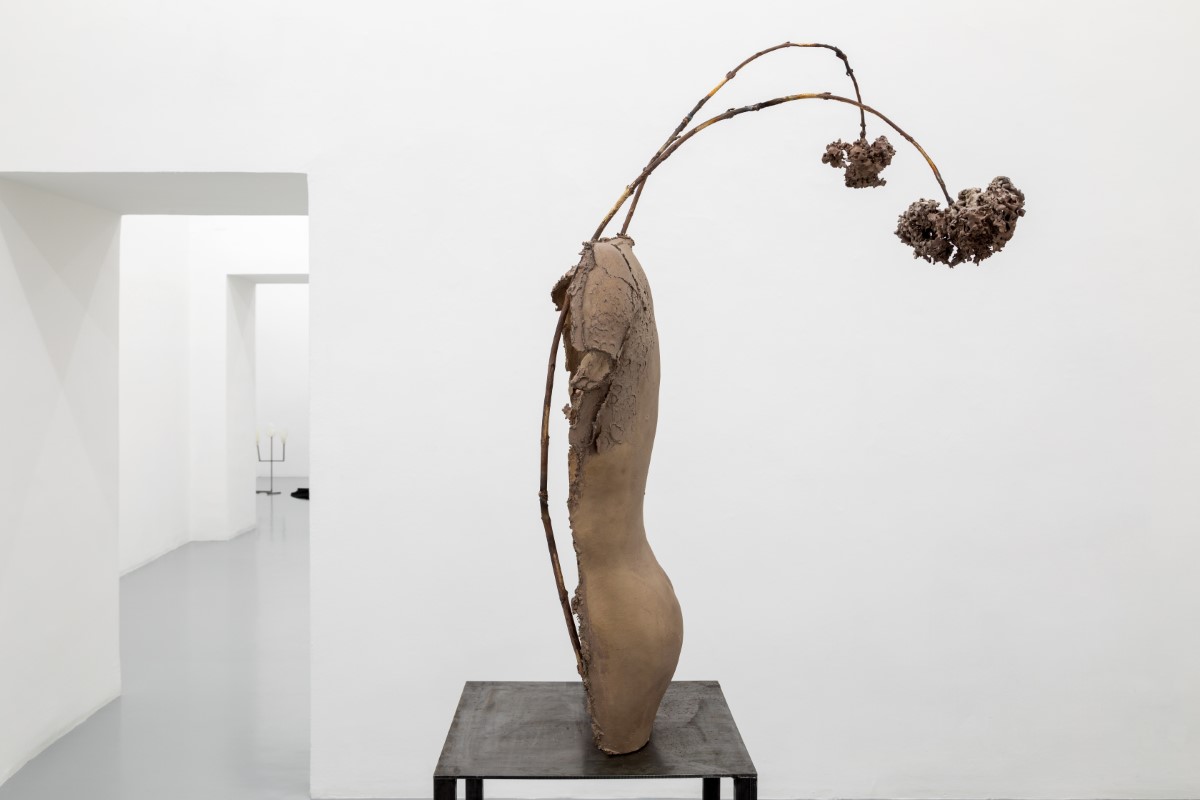 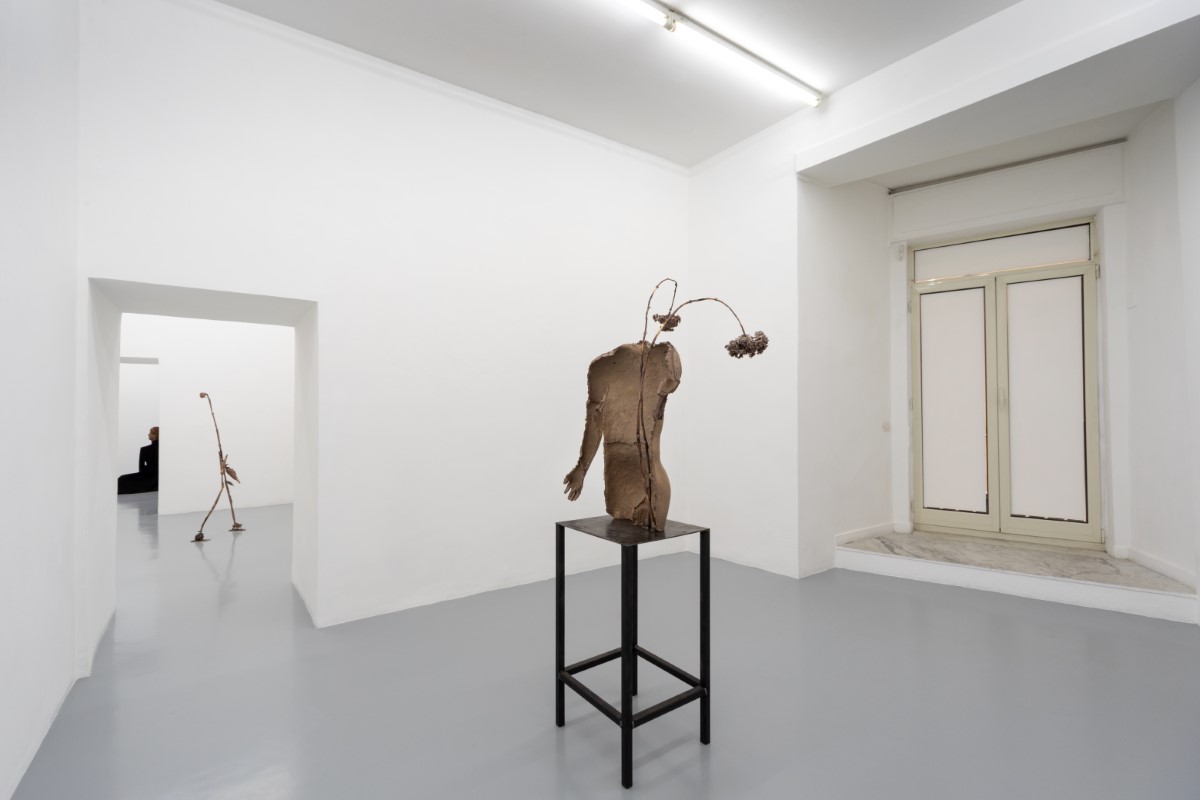 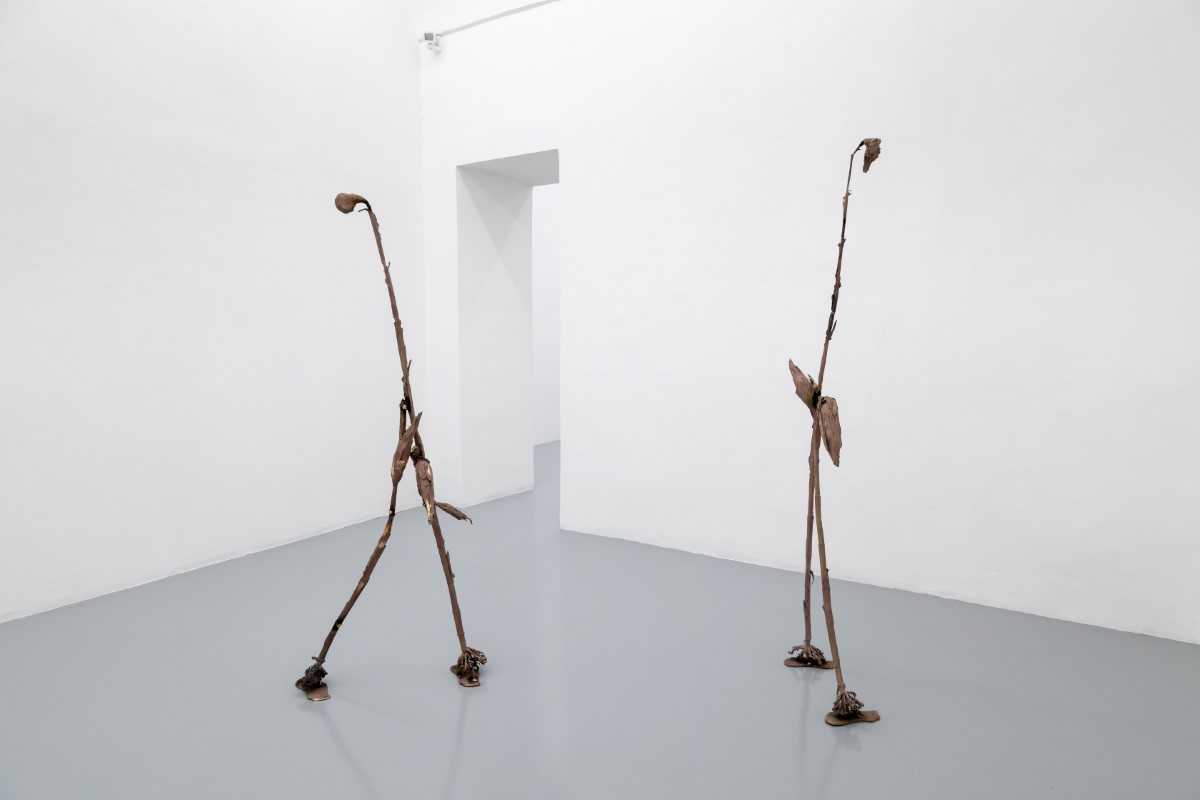 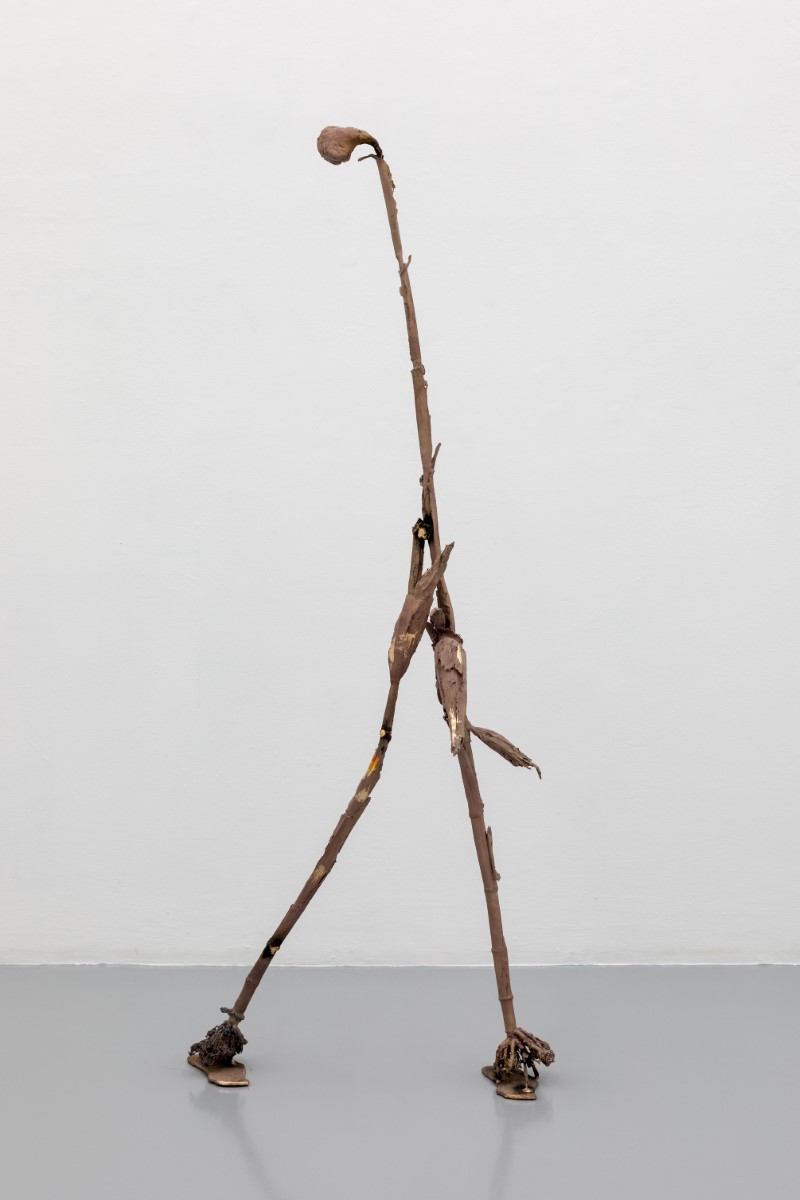 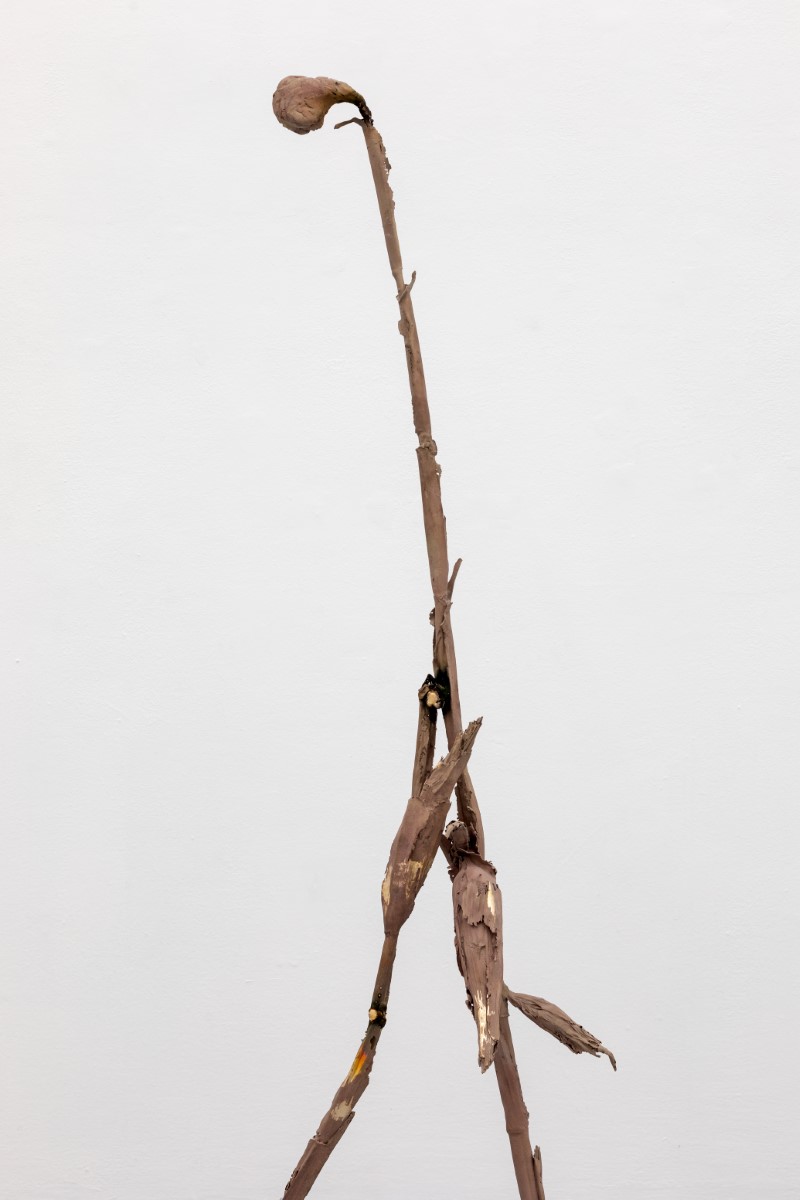 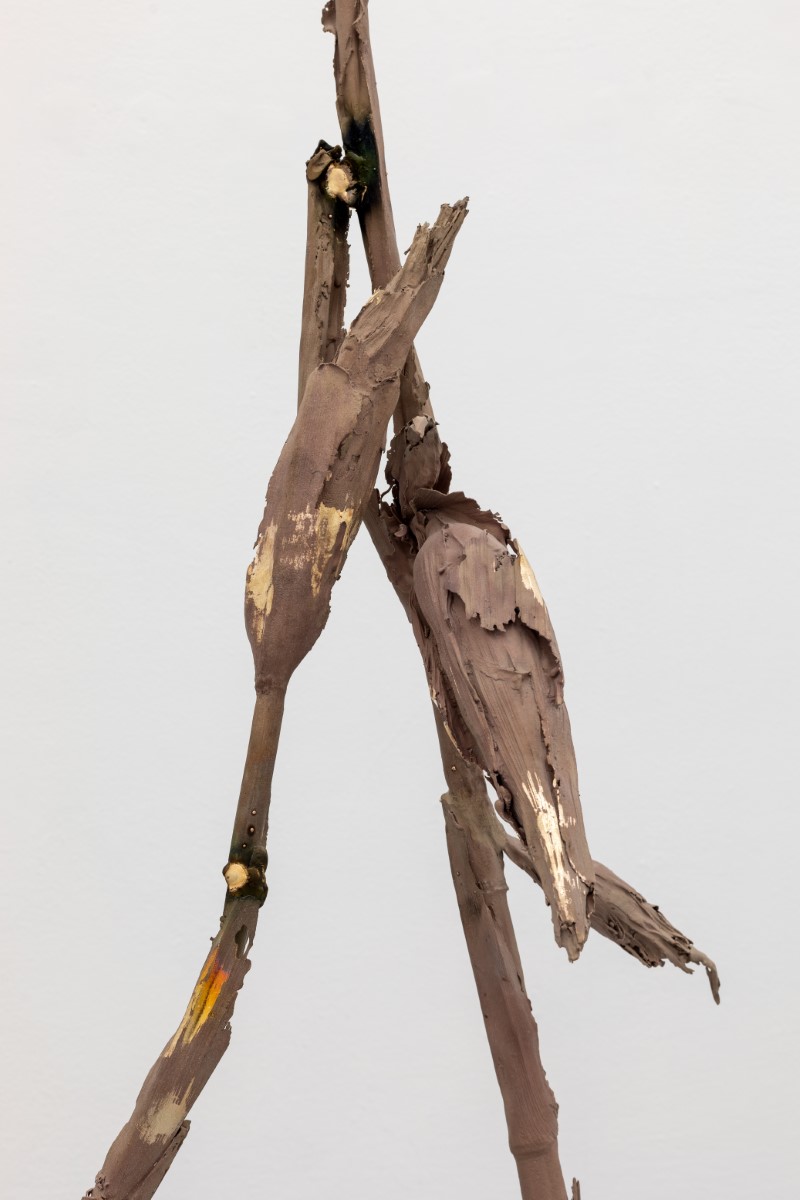 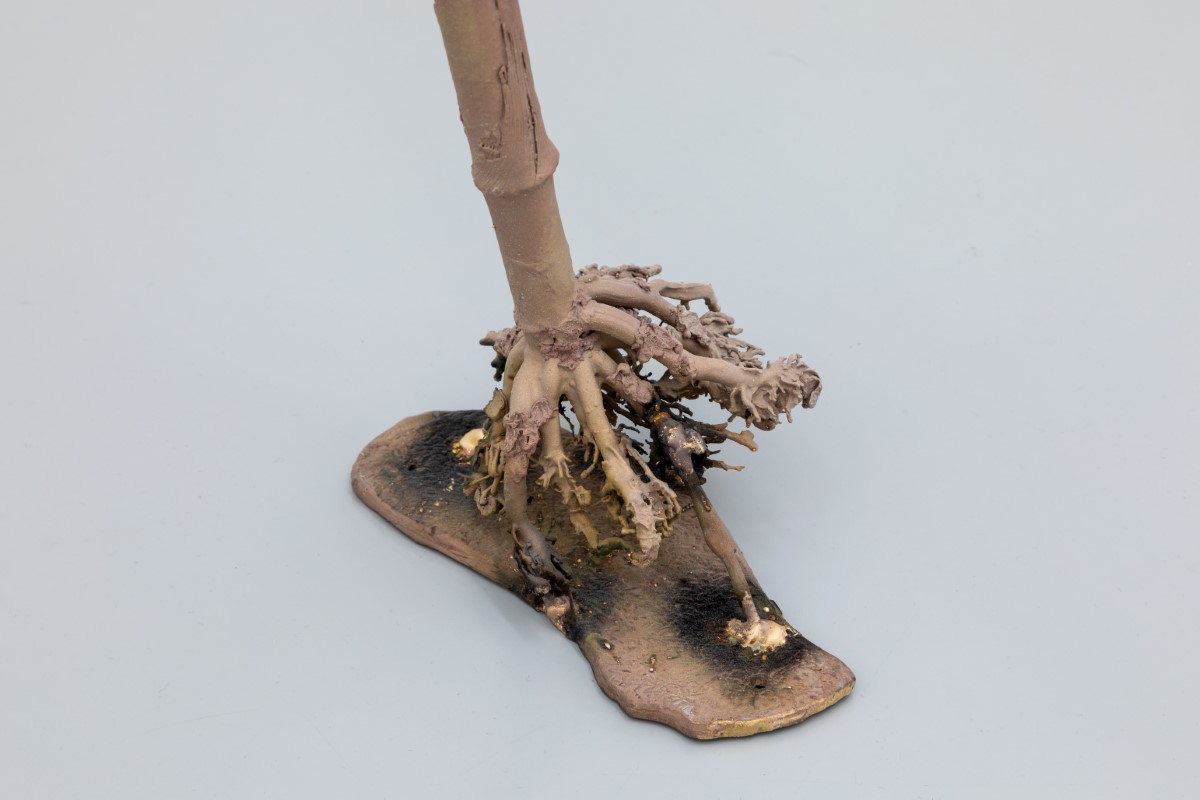 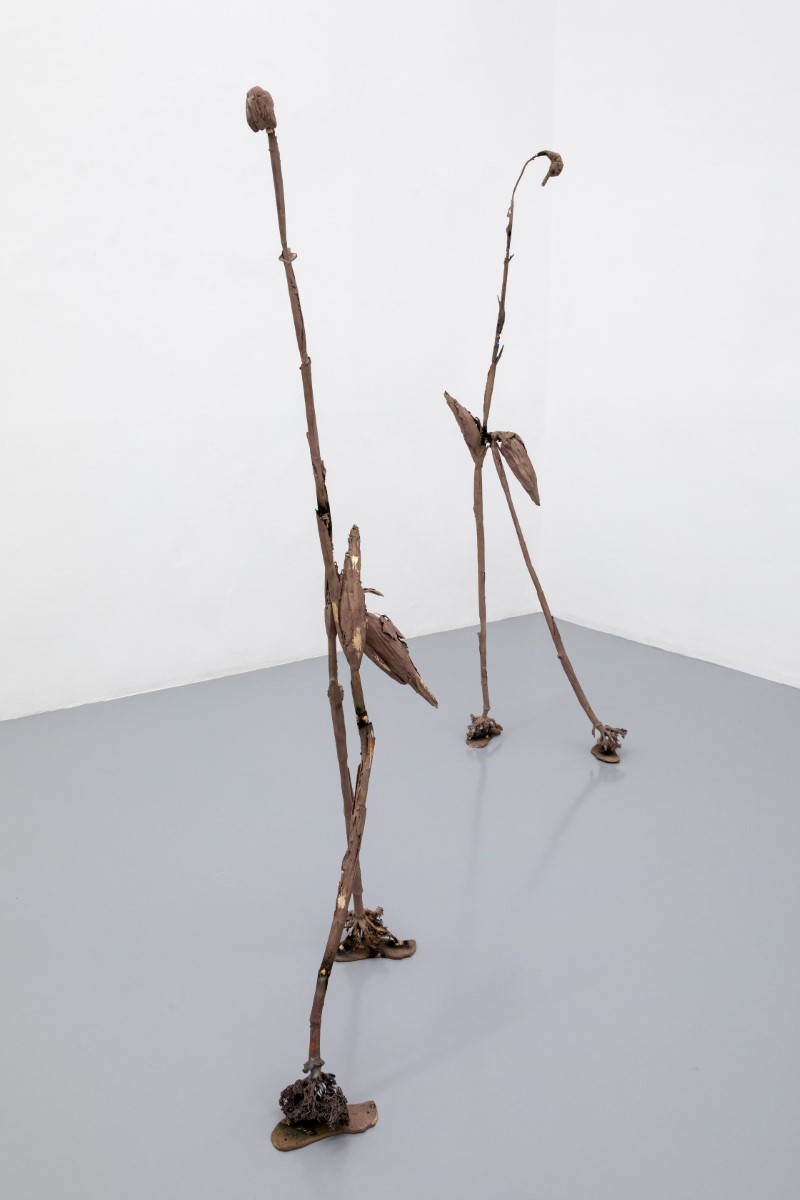 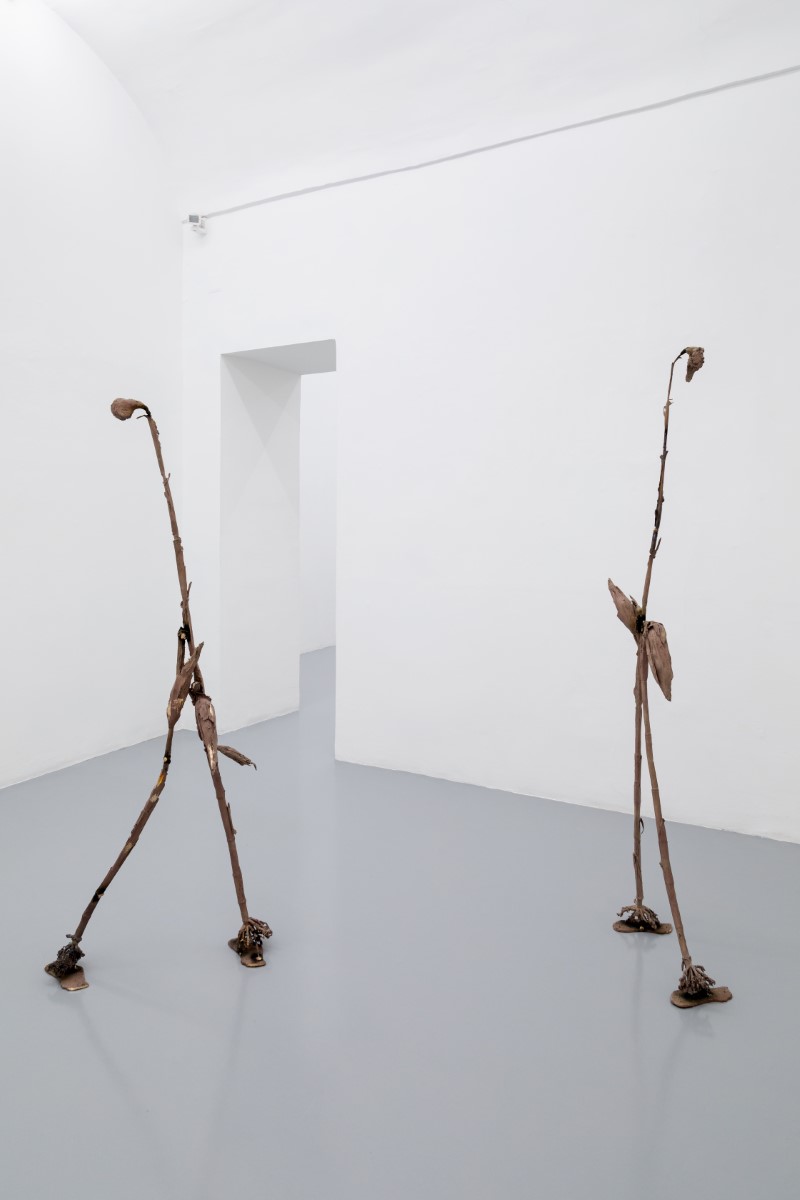 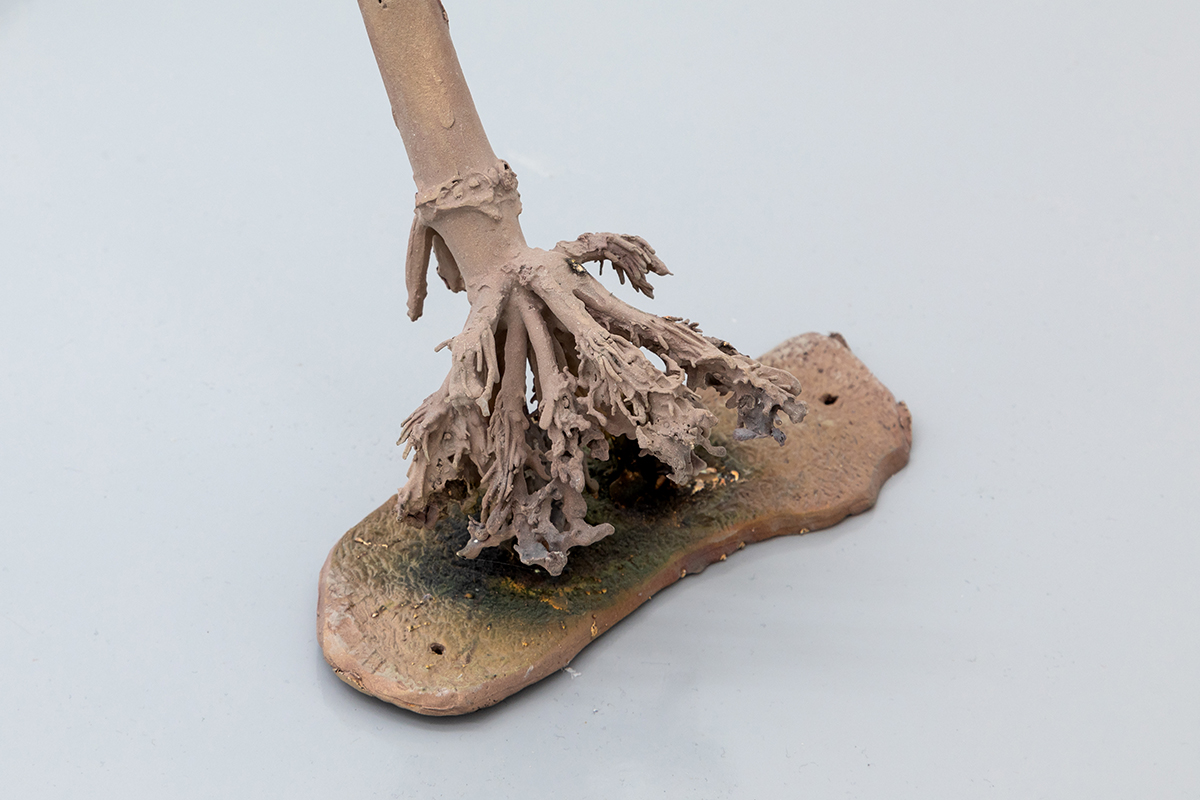 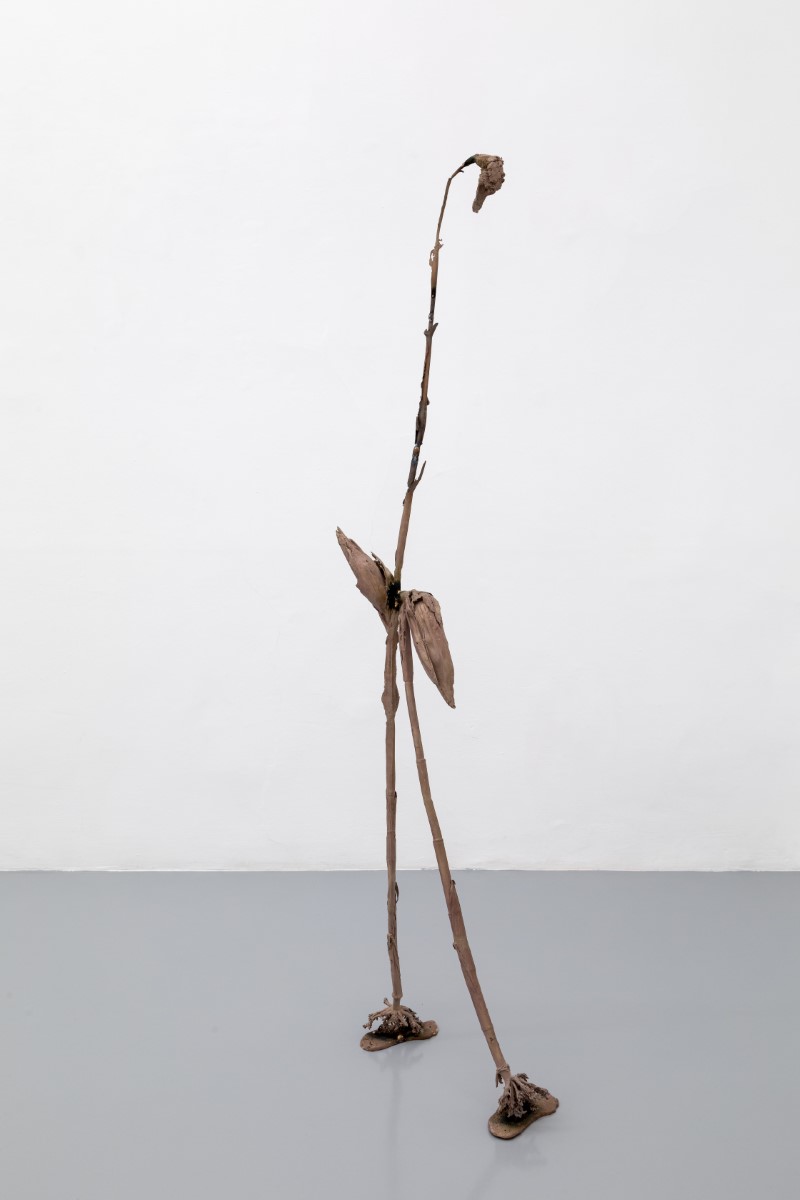 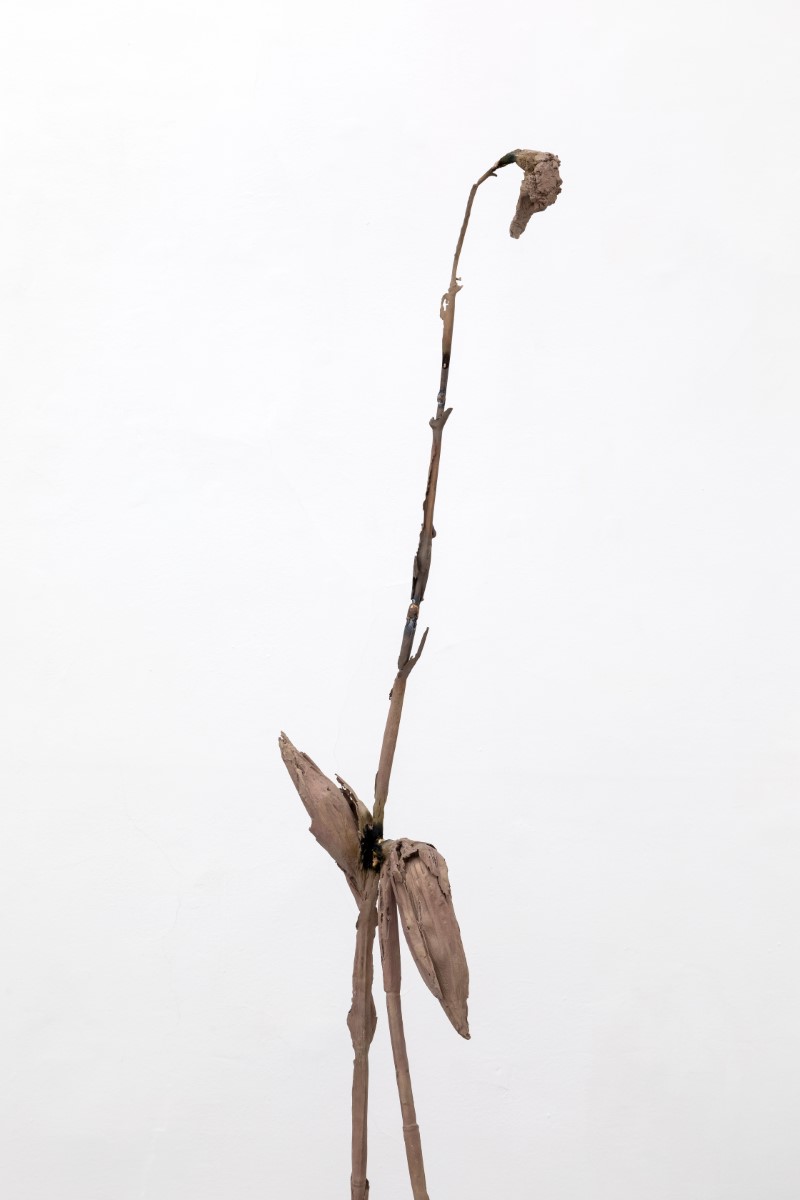 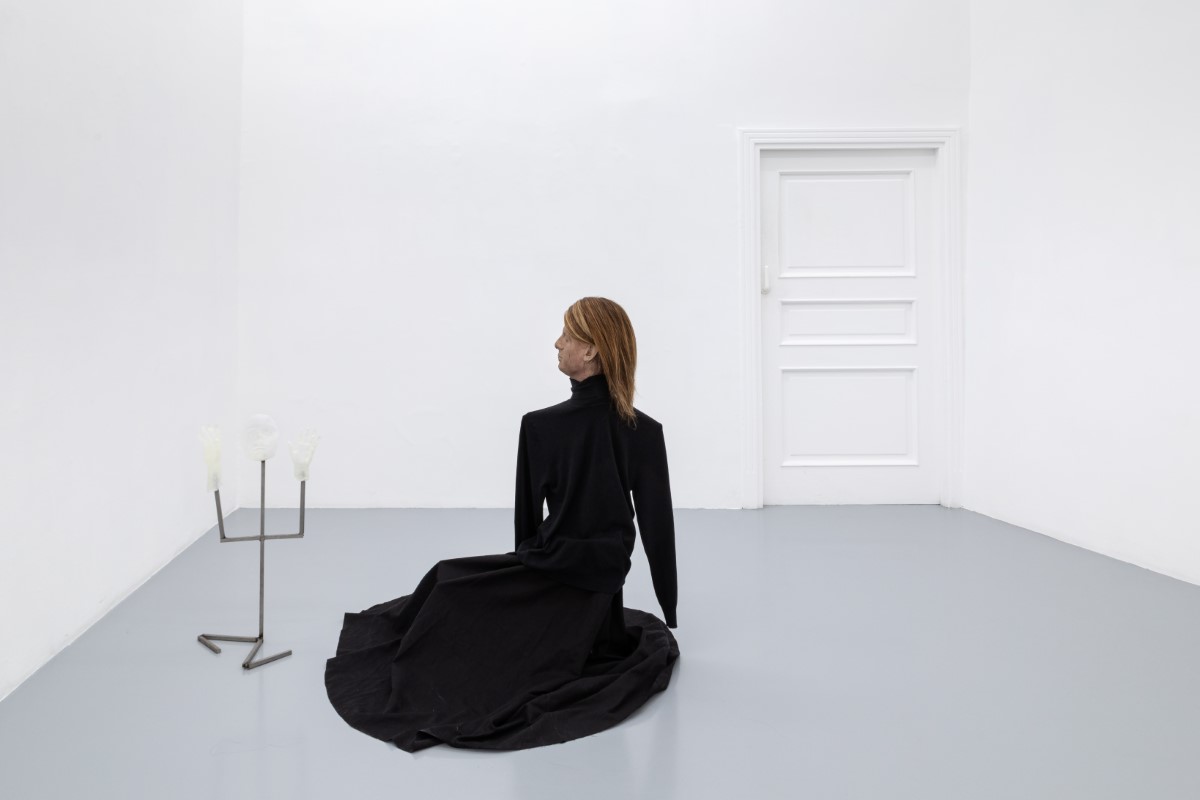 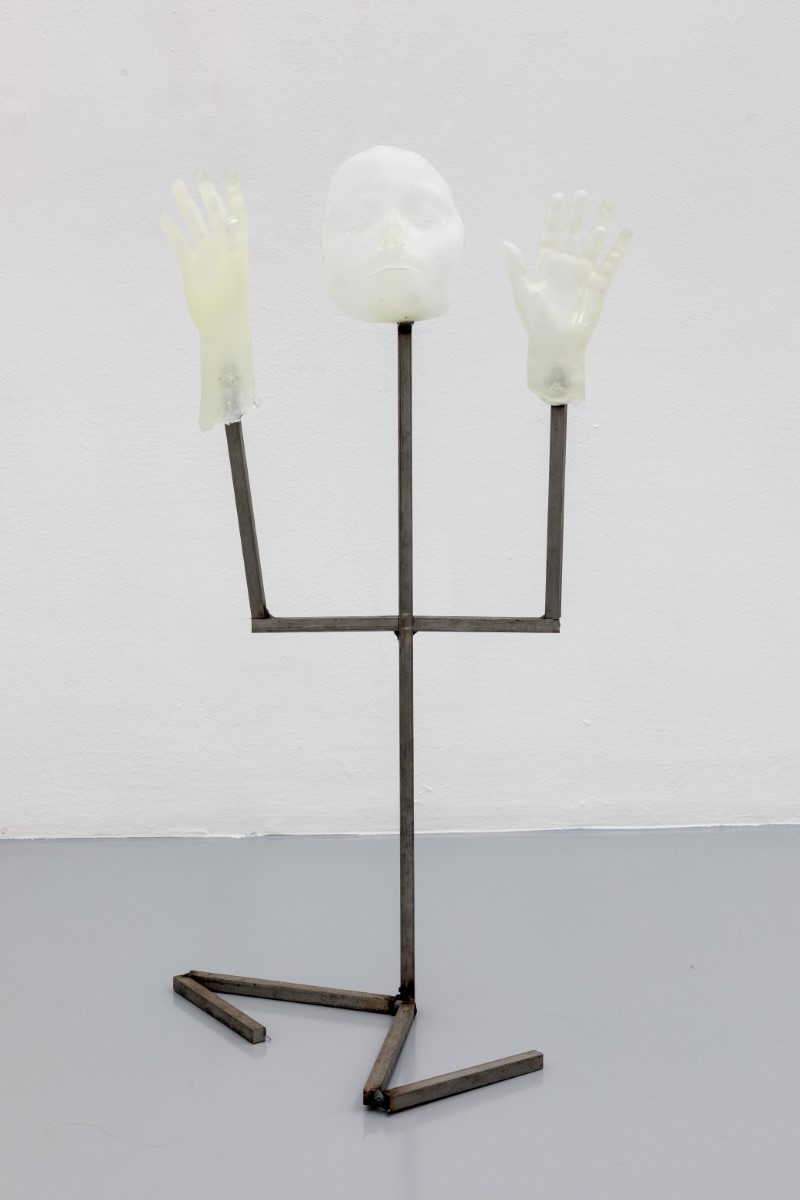 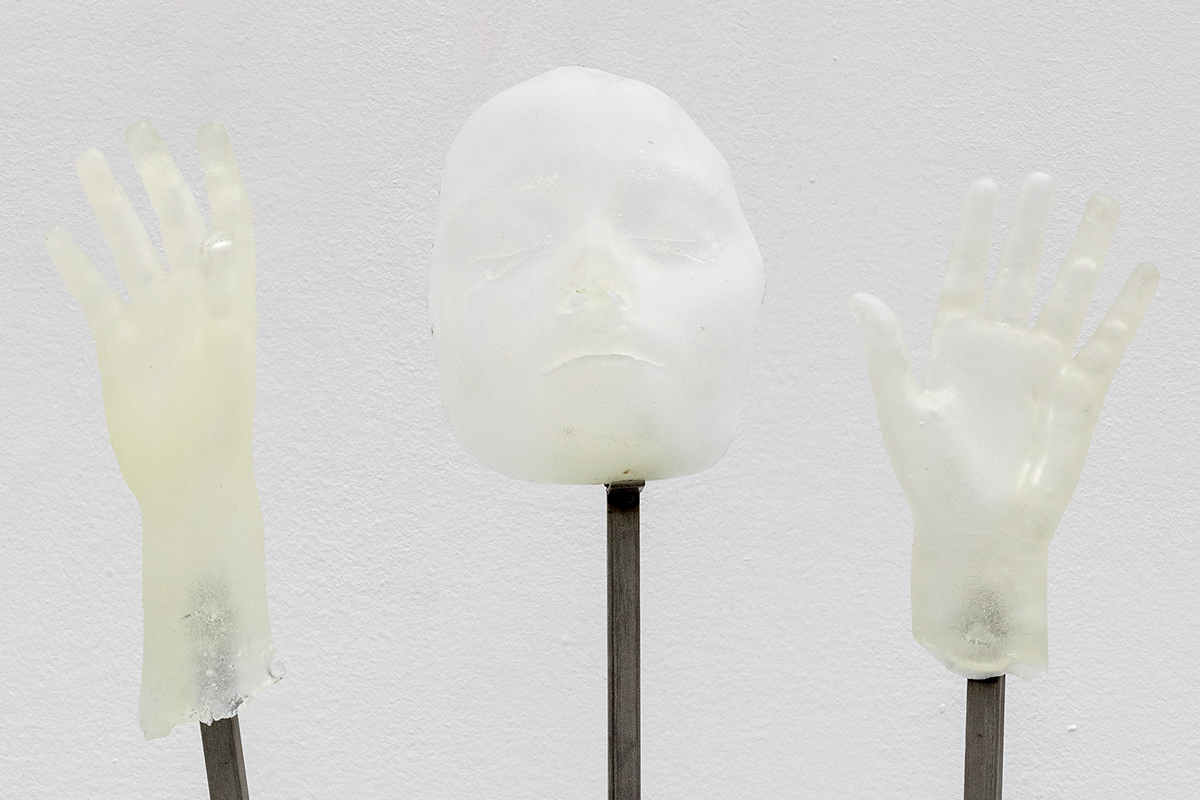 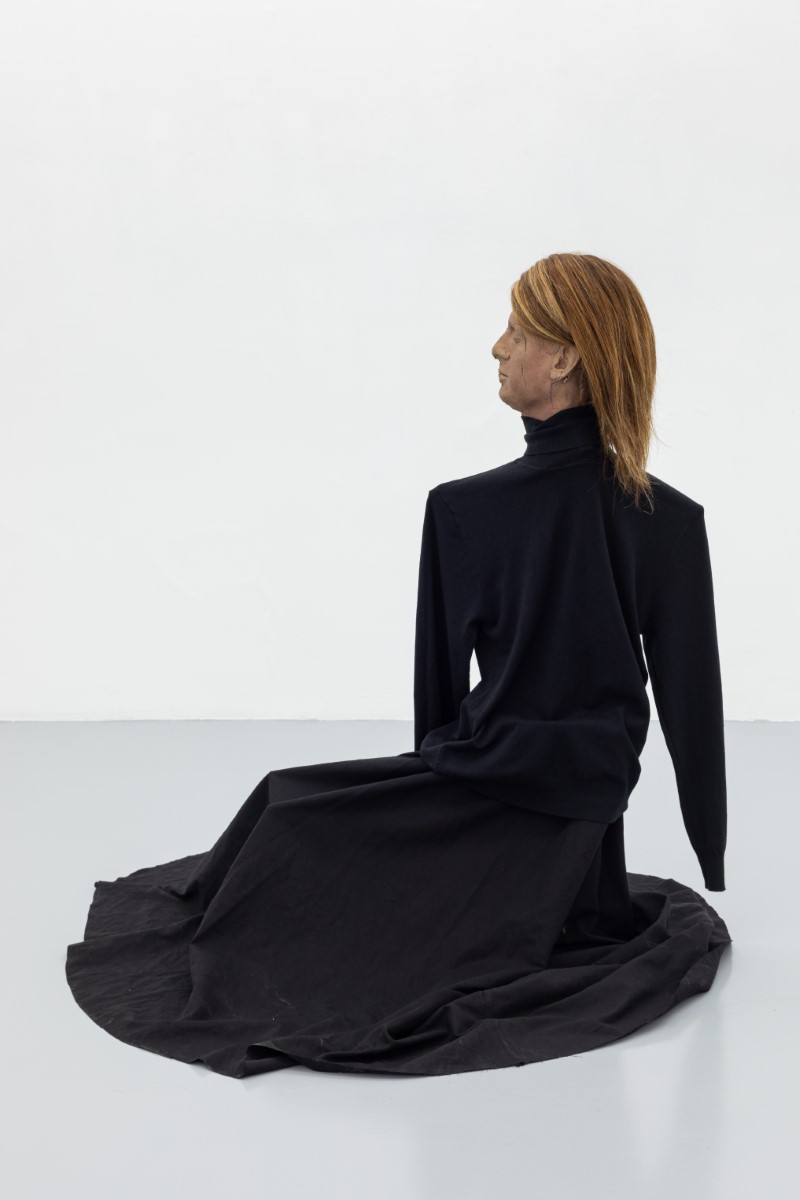 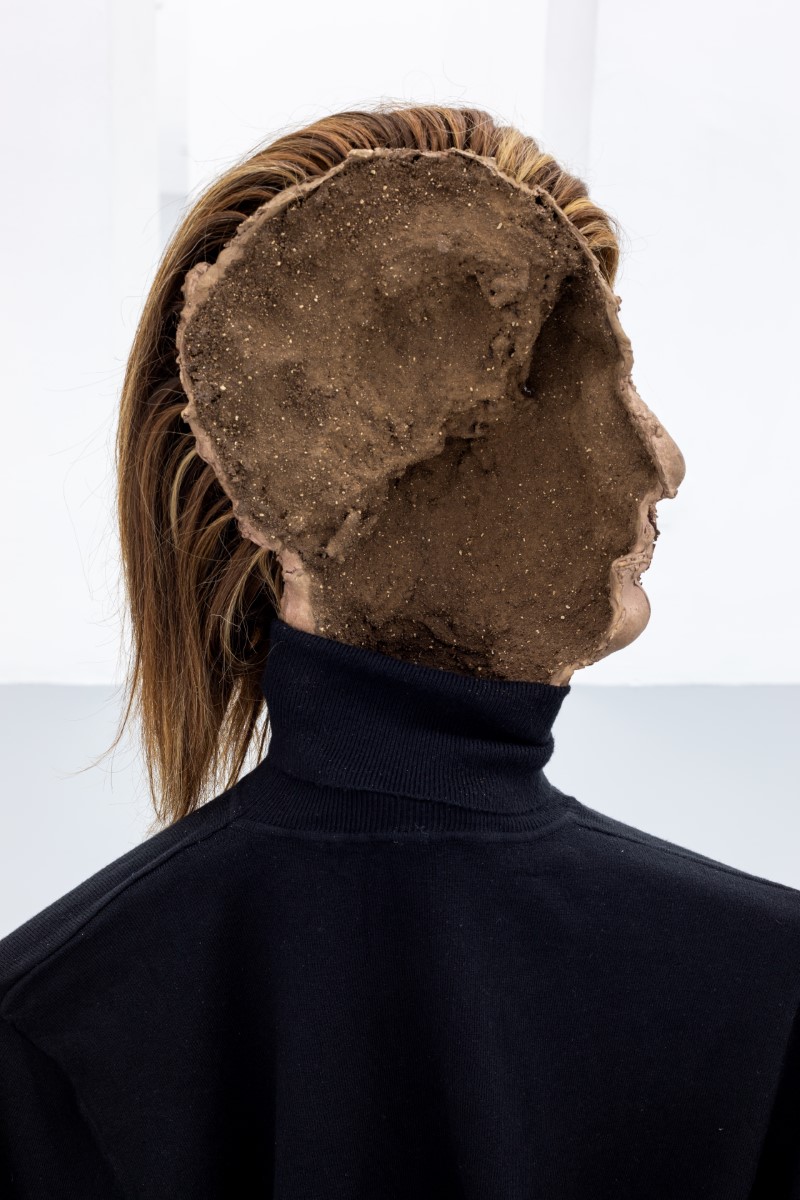 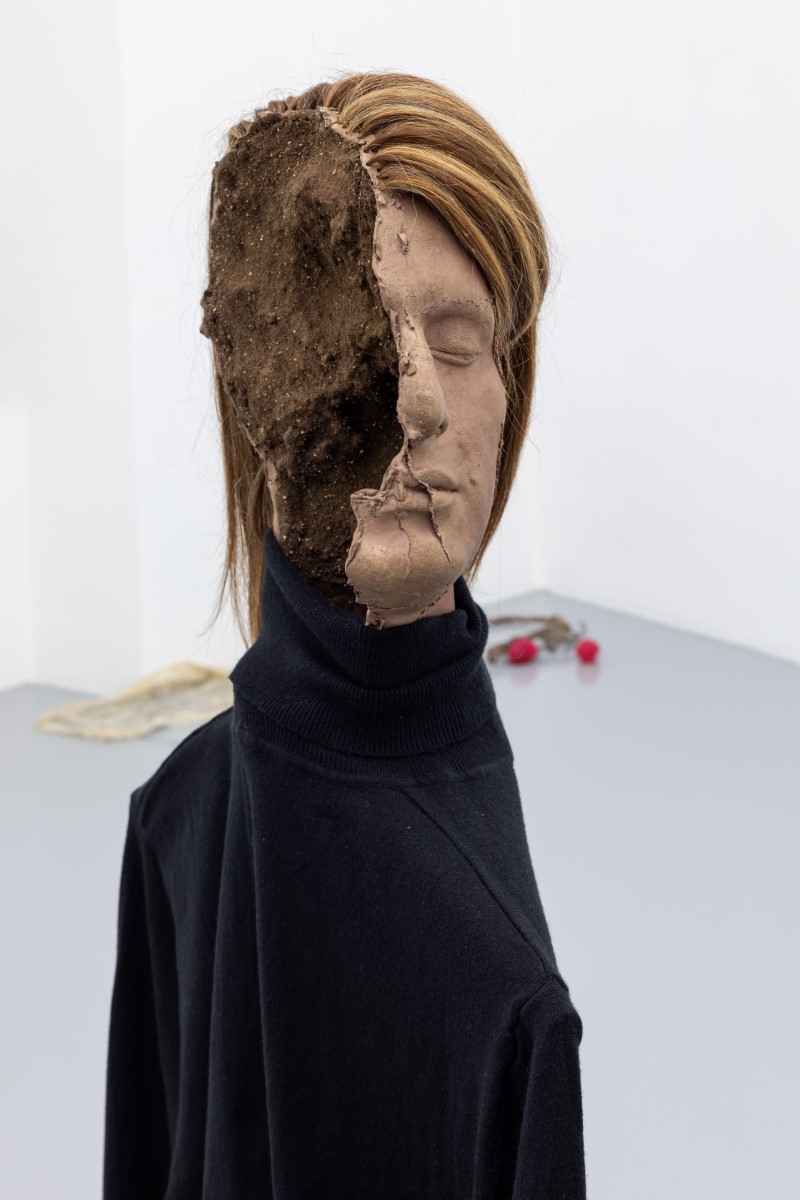 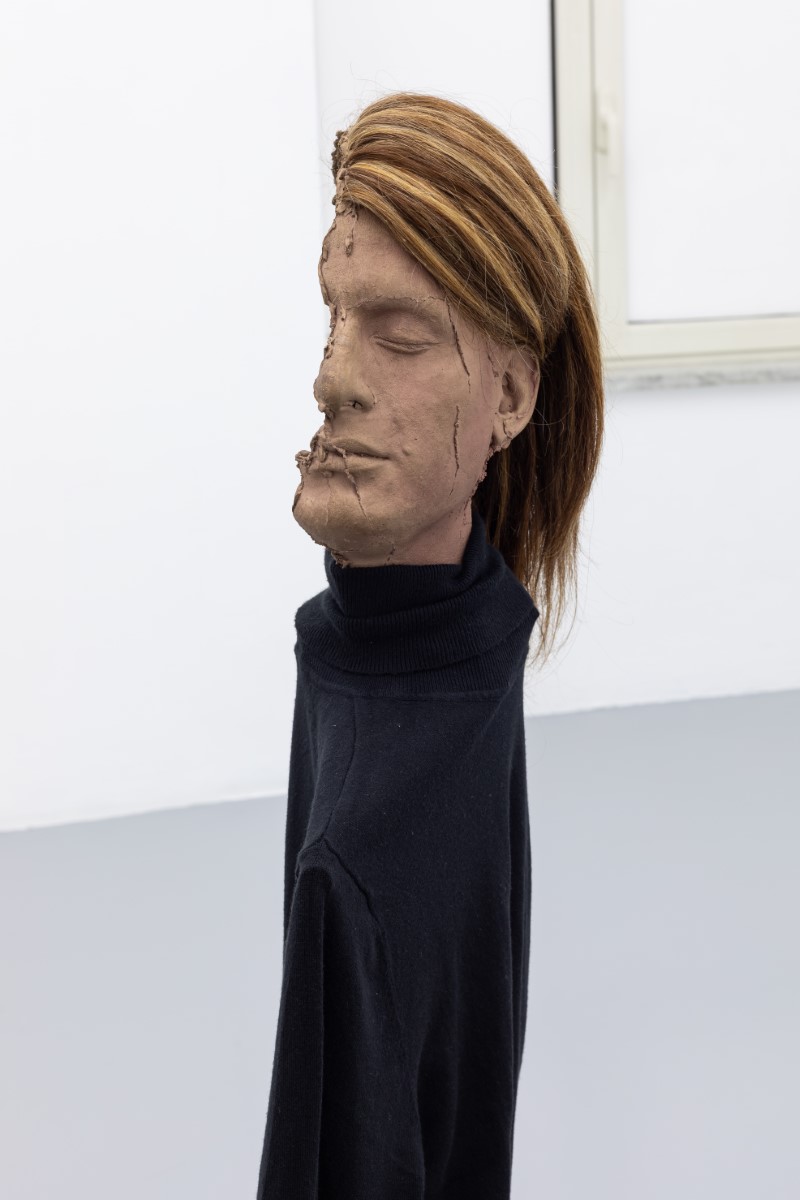 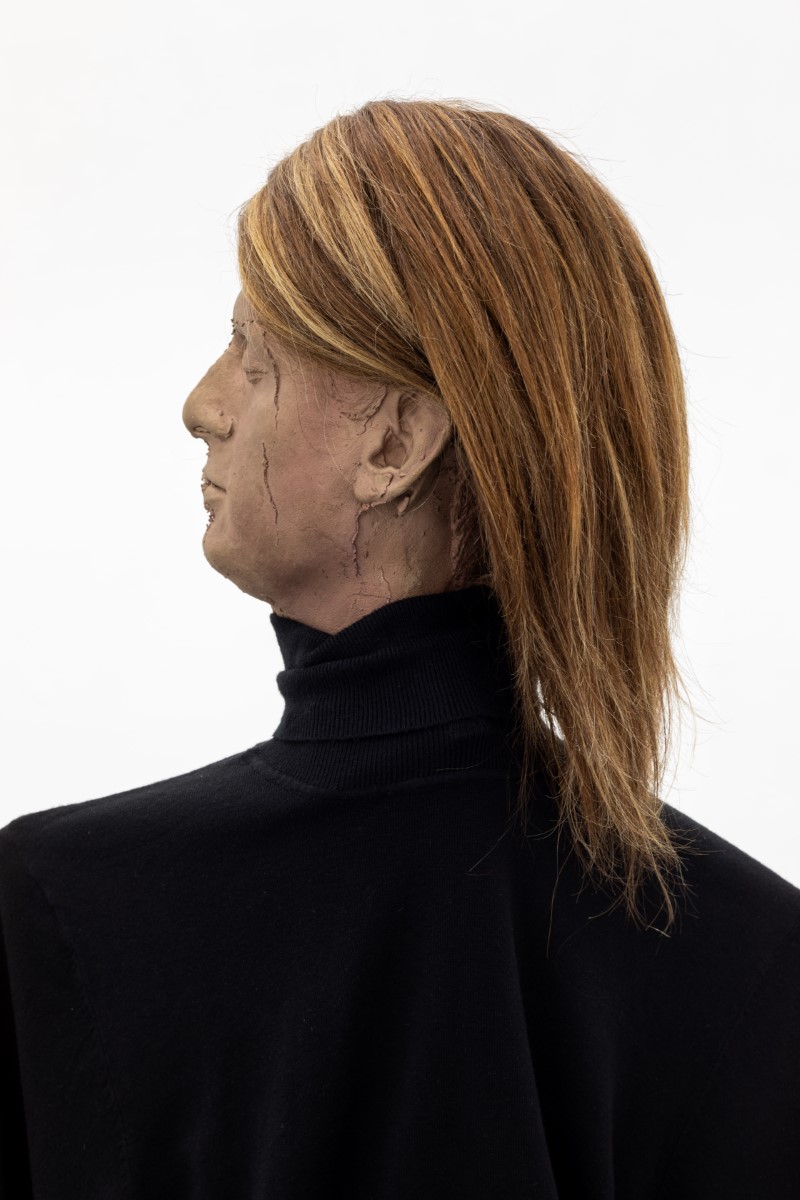 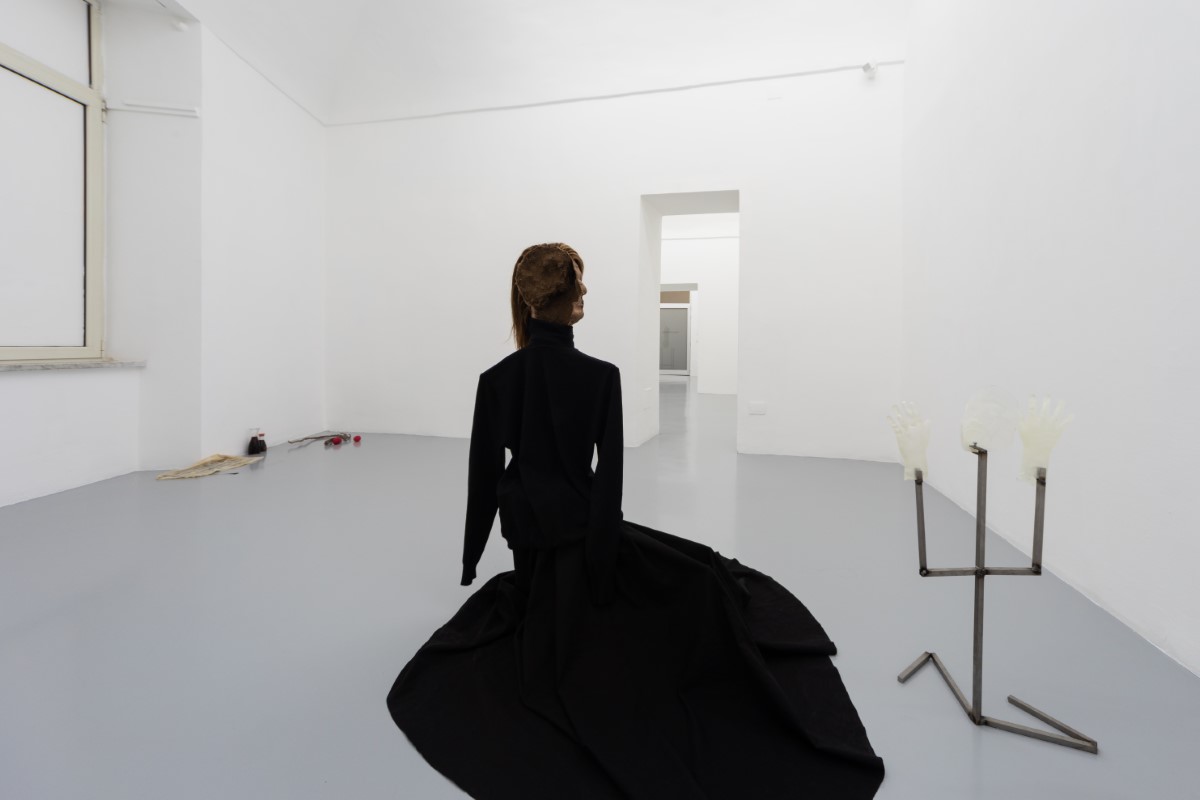 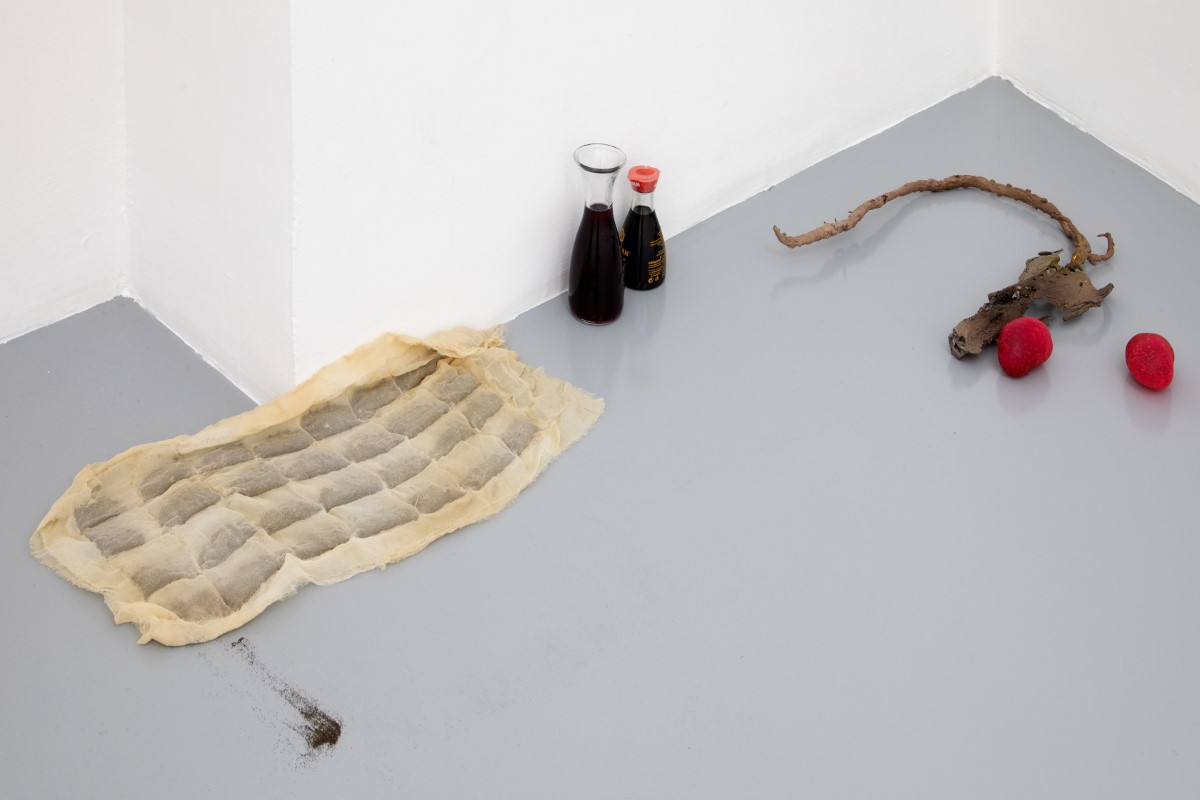 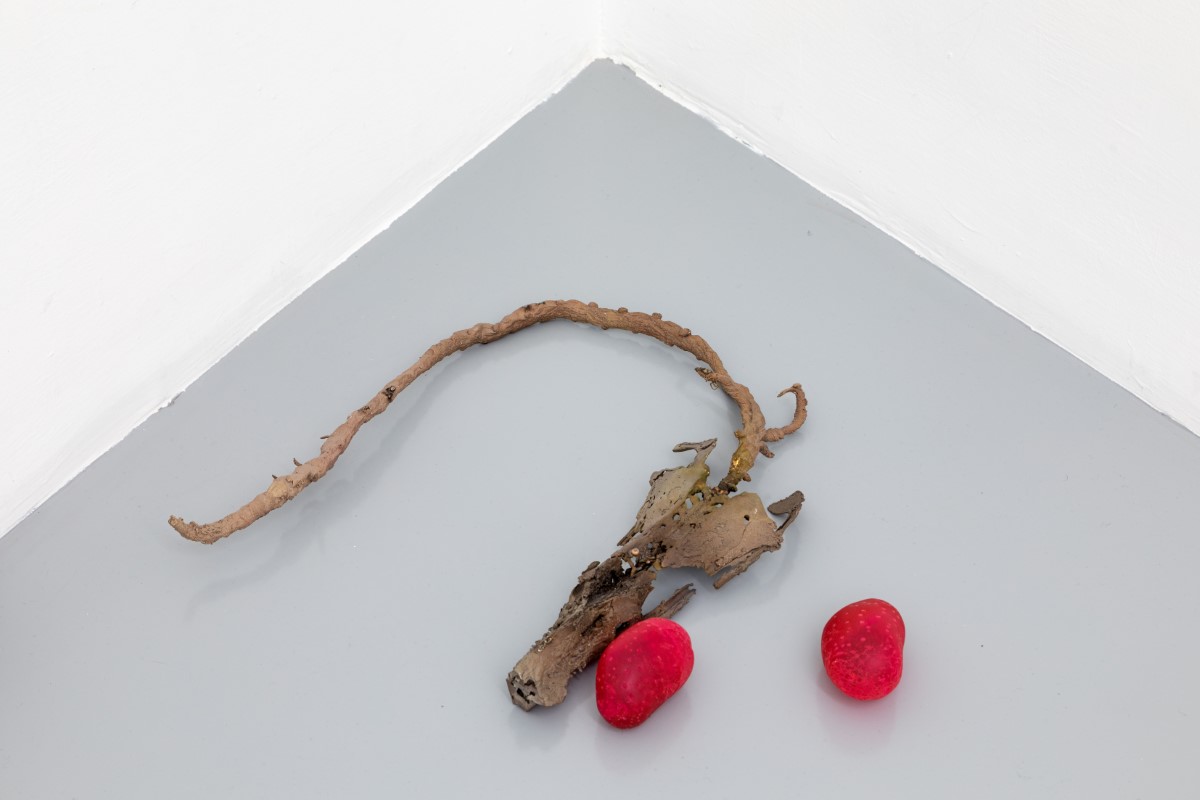 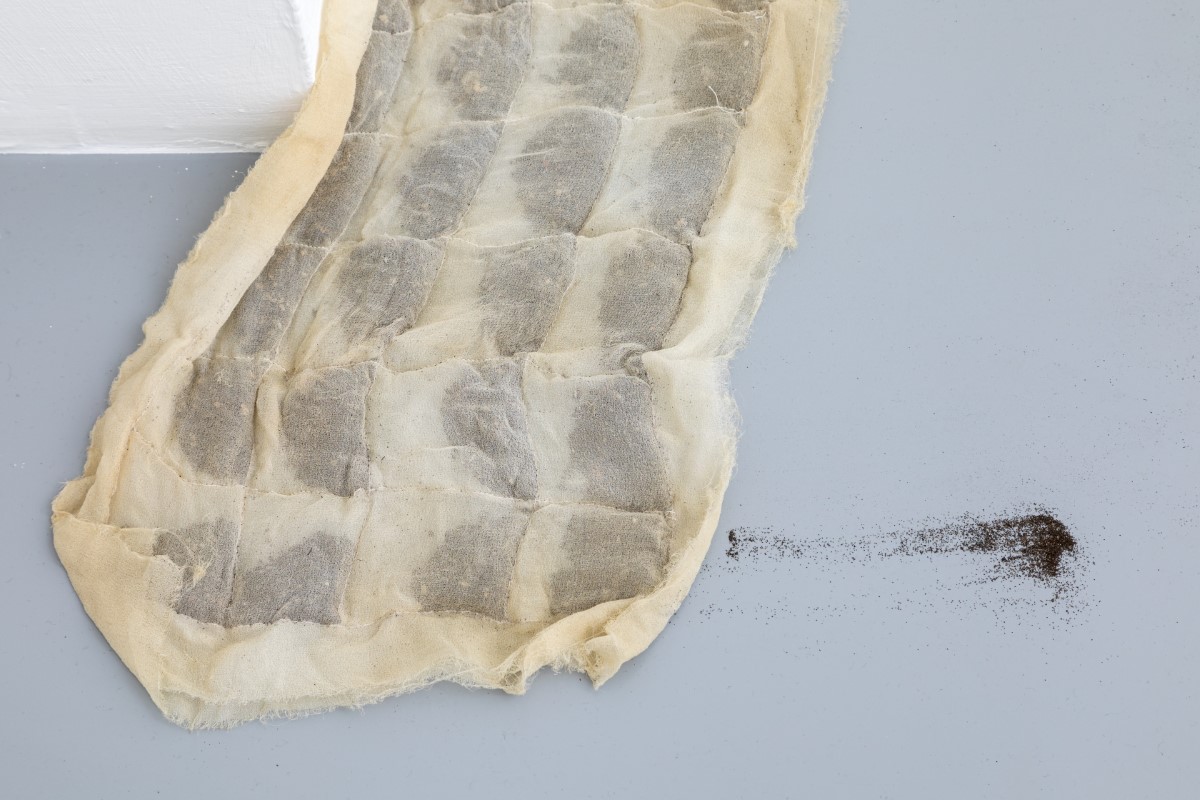 The new project is part of the artist’s research around traditional agriculture and, more recently, on food production closely connected to the concept of cultivation. Through a new cycle of sculptures, Luca Francesconi proceeds with an analysis on the theme of gender identity, focusing the attention on the exposure to phytosanitary treatments that humans have tested in recent years.

However, if on one hand synthetic molecules have exponentially multiplied crop yields, shaping the contemporary idea of “food overproduction,” on the other hand for the first time in history we are starting to question the long-term effects of chemistry in agriculture.

The identification of Endocrine disruptors1, known as the active ingredients present in agricultural treatments that can change the production of hormones and hence the “normal” sexual development in complex organisms2, has gradually caused a modification of human metabolism initiated by the agro-pharmaceutical industry.

This “interference,” when applied to predisposed individuals, has an effective role in the redefinition of gender identity. Today we are organisms with a modified biological rhythm and, ironically, we could define ourselves no longer as men, women, or even hybrid entities, but as transsexuals in the most technical and anti-rhetorical meaning of the term.

At the same time, sterility is setting up to be a significant problem in the Western world, and the social motivations alone are not sufficient to explain the impressive population growth imbalance on the planet. Once again, this difference resembles witchcraft. More likely, the real reasons for these changes are in the exposure to mutagenic agents, which are modifying the chemical structure of our bodies, working on human biology itself.

In this new project, Luca Francesconi's analysis avoids a simplistic demonization of scientific progress and a utopian “return to the past.” The artist’s investigation, starting from the ground-up, does not want to be a laboratory experiment aimed to reach an objective and universal conclusion. Instead, questioning eschatological faith in the progress, Francesconi tries to show the complexities and contradictions generated by the transposition of agriculturaland food models in an “other” context.

1 Endocrine disruptors, sometimes also referred to as endocrine disrupting compounds, are chemicals that can interfere with endocrine (or hormonal) systems. These disruptions can cause cancerous tumors, birth defects, and other developmental disorders. https://en.wikipedia.org/wiki/Endocrine_disruptor