Io Burgard at She Bam! / Leipzig

OR THE PRAISE OF SMALL TALKS’ 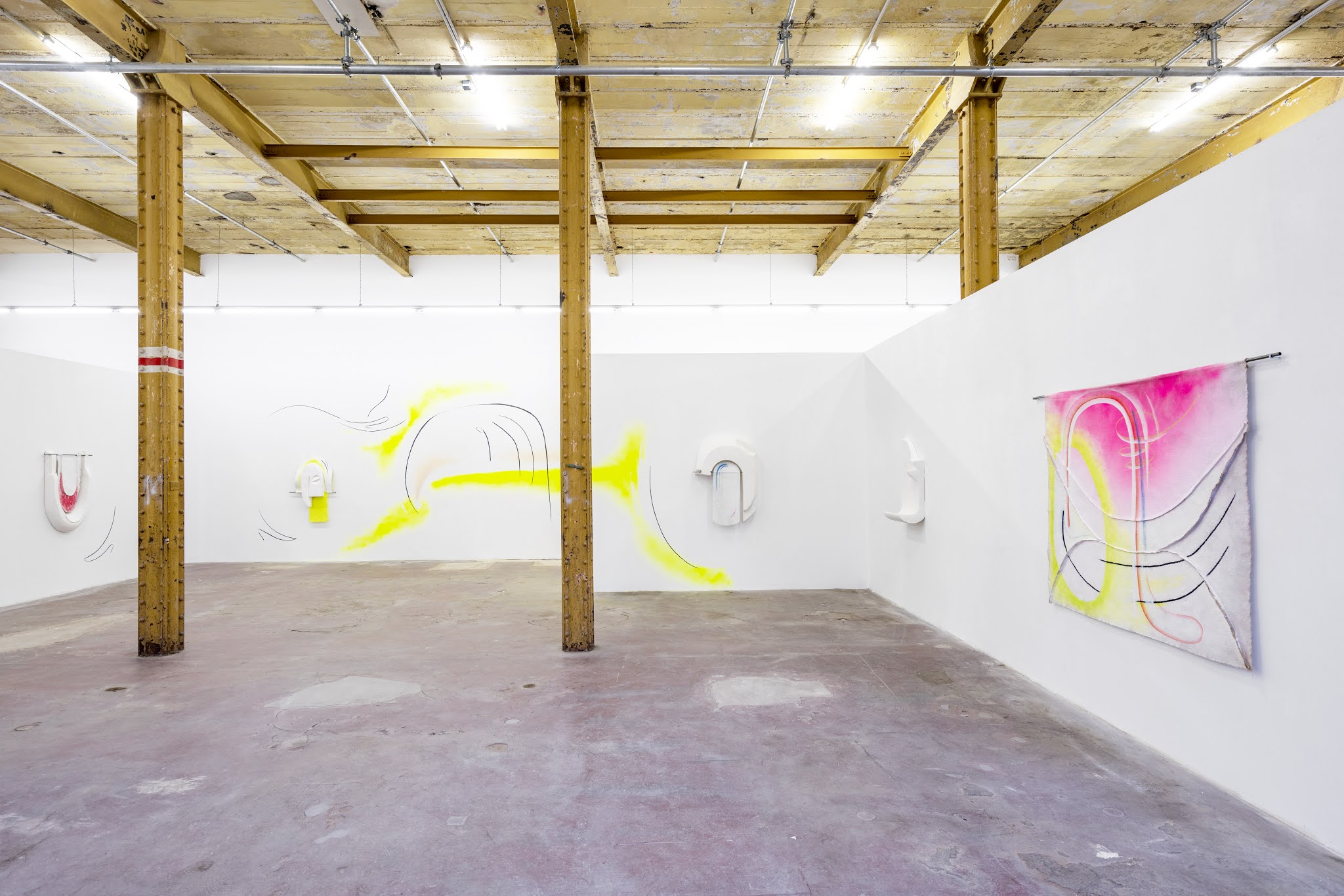 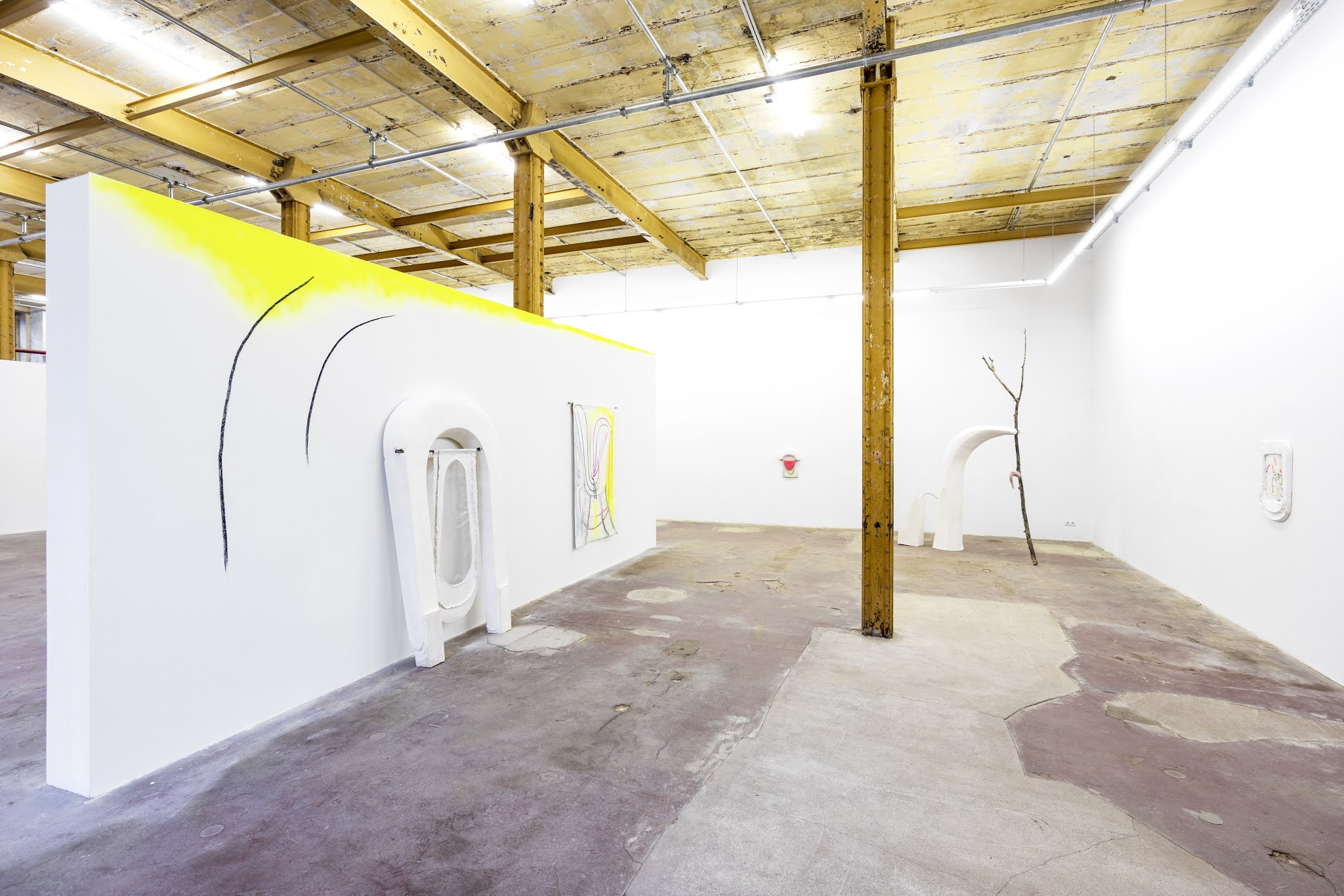 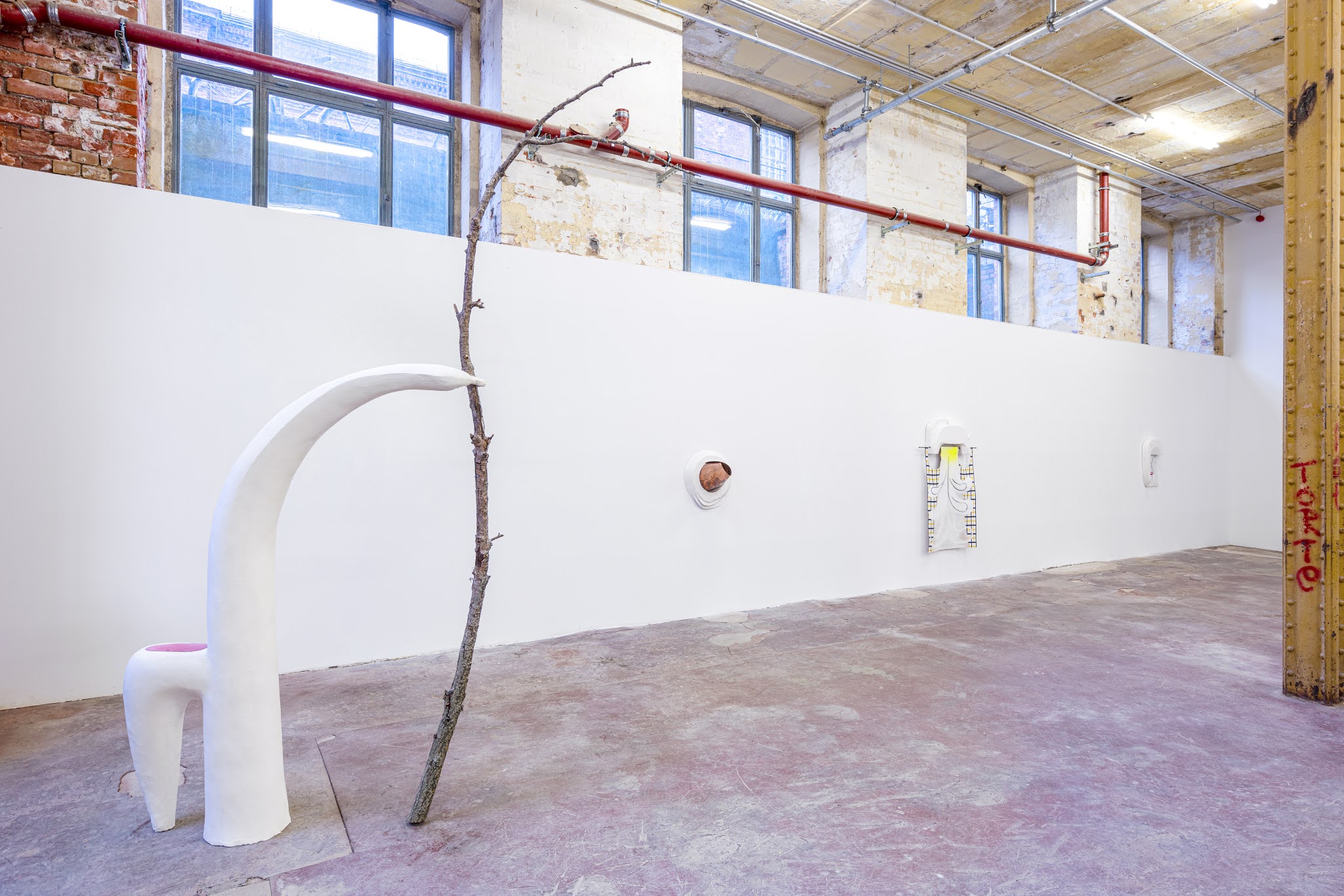 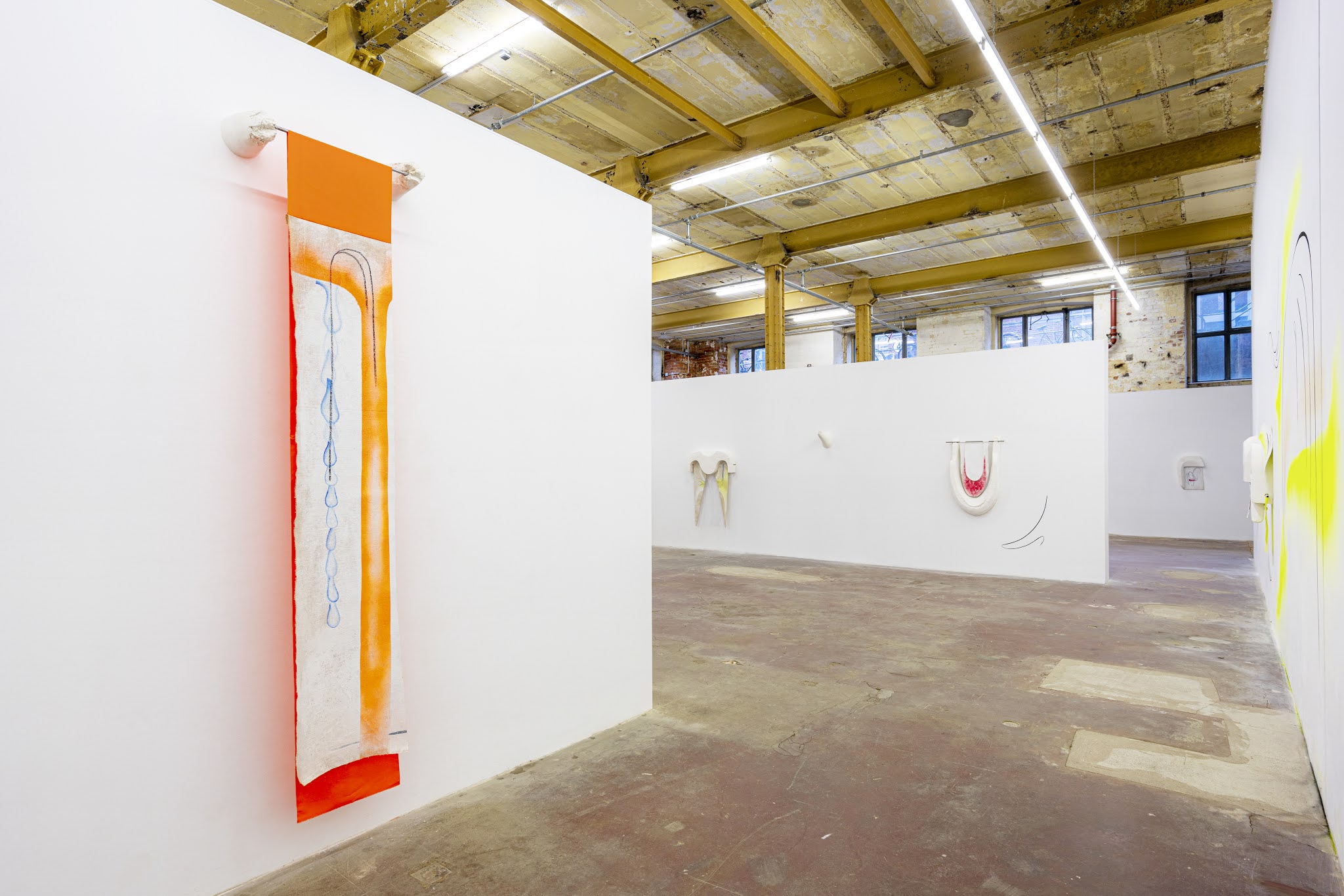 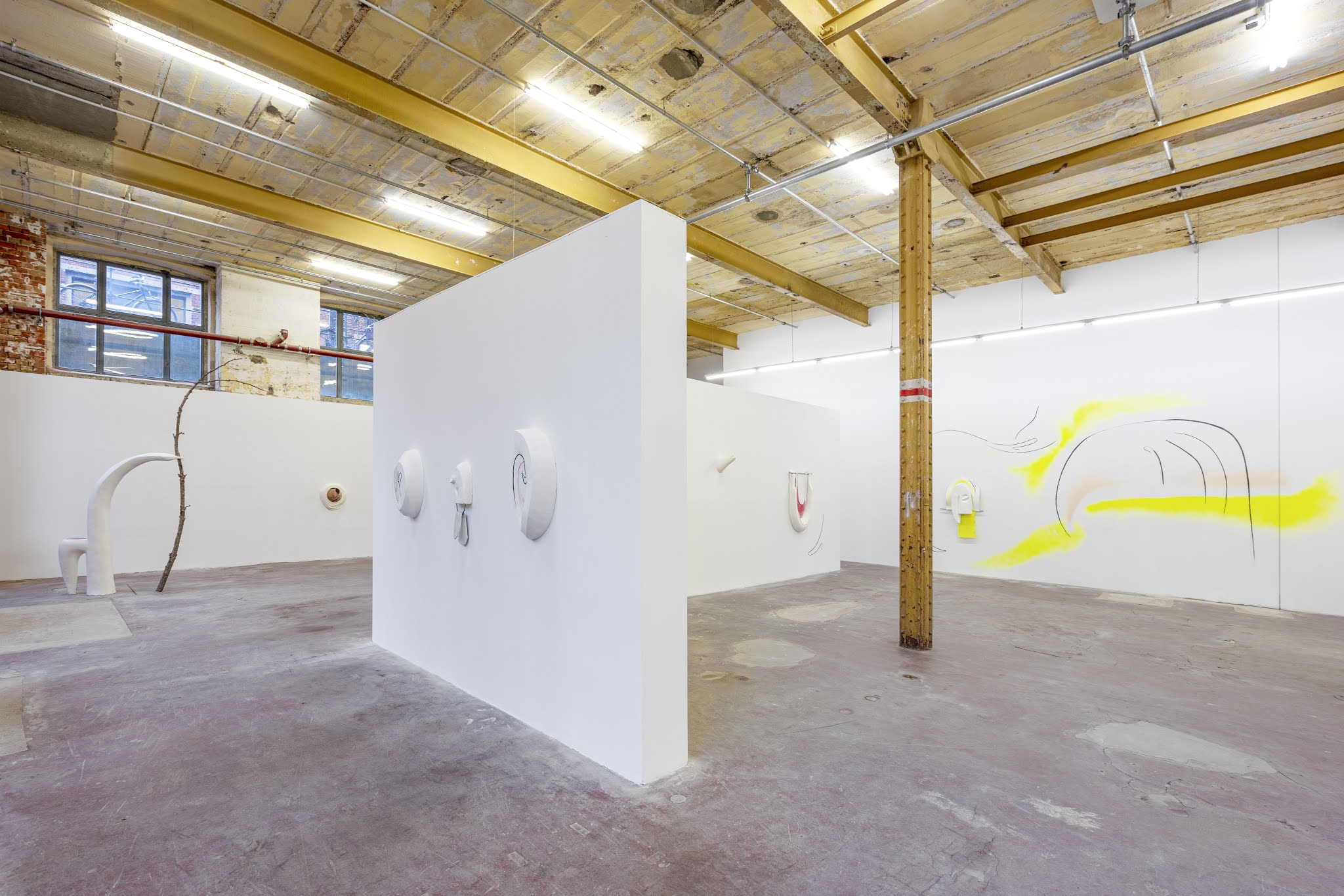 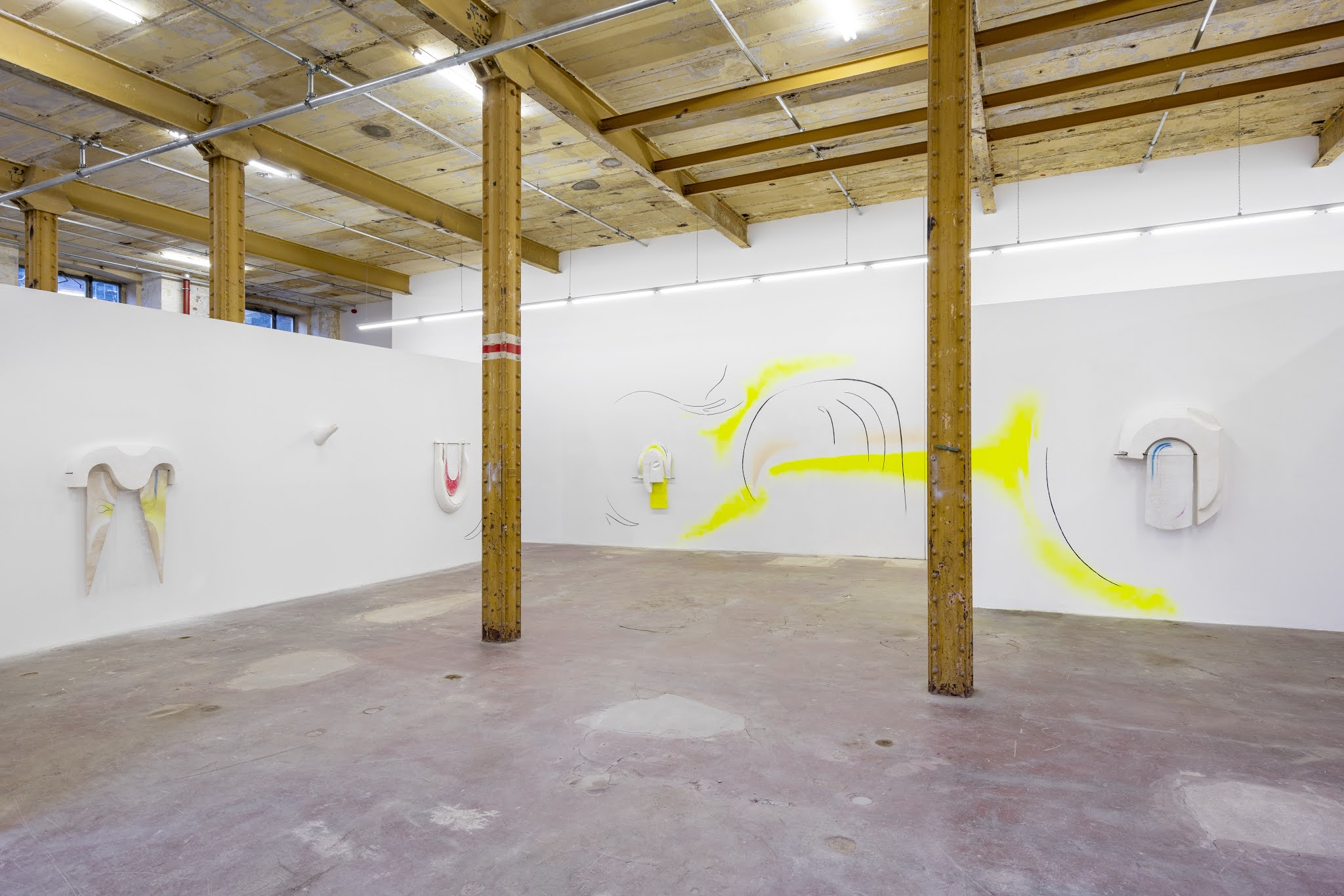 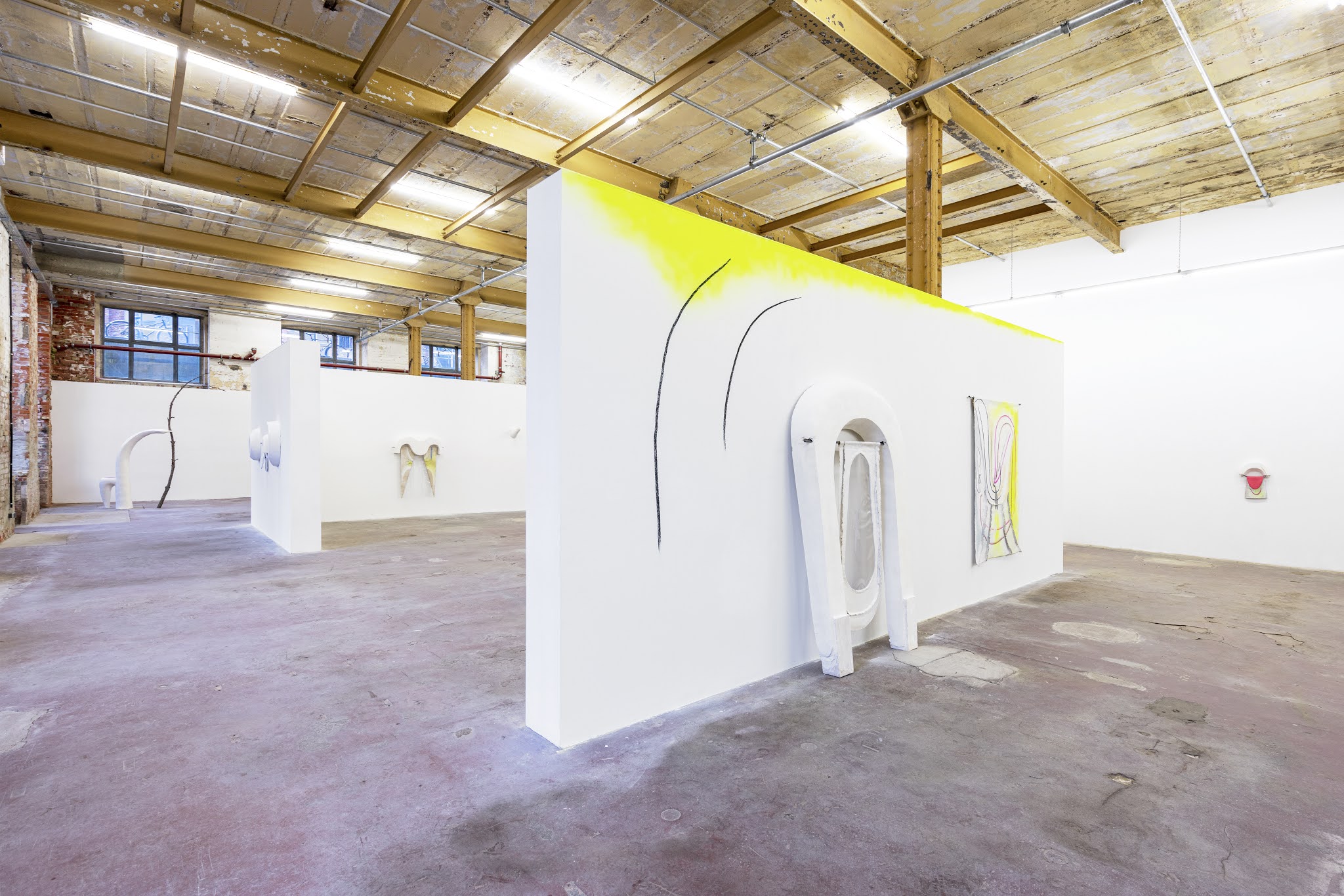 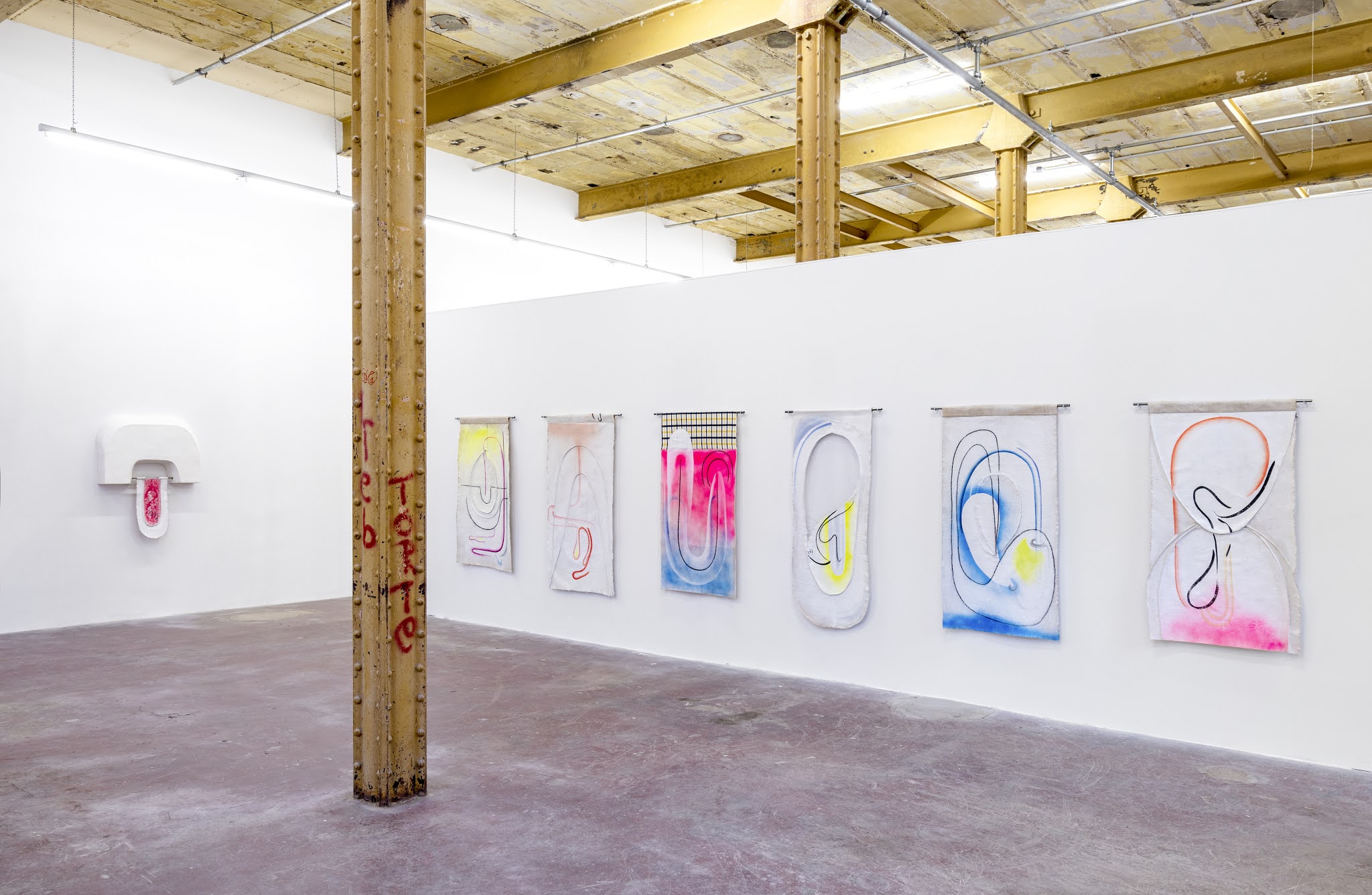 She BAM! – Laetitia Gorsy is pleased to present Io Burgard’s first solo exhibition in Leipzig, Germany. For the occasion, the artist has carte blanche to invest a side space of the gallery, Untergeschoss 14, 350m2 dedicated to a large series of new works under the theme of exchange and communication.

In «Shell Talks», the ballad goes from shell to shell. The shells respond and call each other with a sweet voice that echoes endlessly with a soothing flavour of eternity. While meeting and communication are currently sidelined, in «Shell Talks», we celebrate the words, the dialogue and the stories that we share with each other. In the exhibition, Io Burgard’s works speak and listen to each other. In this specific context, we think of the «Decameron», that peculiar collection of one hundred short stories written by the Italian Boccaccio between 1349 and 1353 where, at the time of a devastating epidemic, an isolated group of young people likes to tell a new story to each other every day. We also can think of the sacred and classical art of conversation that was fully developed in Kings’ courts, salons and bourgeois circles. On the other hand, we know the profane and more contemporary blah blah that we grant ourselves at the coffee machine or at the bar next-door. It is without favouring particular subjects as long as they reflect the heart; all forms of exchange are welcome here.

Io Burgard is one of those people who talk plainly about everything and like to converse nicely about the weather. What an atypically political subject! Io Burgard does not neglect the tropism that allows things to connect, to share a cooperative rhetoric and, perhaps, through words, to understand each other in a form of intimacy, or even to curl up in mysterious secrets or passionate stories... We do not capitalise on the art of conversing, as it is a sport. It gives the brain a certain elasticity and flexibility. We must train to maintain it. Io Burgard takes over the art of conversation in a rather non-figurative abstraction.

In a more animist register, it is here all about energies. Between the shells, we glimpse invisible threads that bind forms and thoughts. Thoughts that are left free for the visitor to interpret, like the sound of a shell placed on the ear that reminds us of infinity but which only refers to the background noise of our environment. The artist creates her works freehand, their delineated lines on the plaster play well with the contrast of shadow and light. The materials are raw but primed, the meshes are widely woven and their colours left transparent. She uses natural canvases covered with white wash-paint where from soft and sensual tubes, stems and forbidden fruits with bright and vibrant colours hang. In a sort of synaesthesia, the bubble-shaped reliefs and the vivid shades generate so many vibrations they seem to play music. Io Burgard’s drawn paintings punctuate the dialogues between the plaster sculptures. Indeed, Io Burgard’s «The Dancers I and II» punctuate the dialogue between the sculptures. These representations of Saint Christopher, also known as the saint patron of travellers, takes up the role of the passer in the show. Already presented last spring at the Art Center of Les Capucins of Embrun, this figure maintains a link between all of the artist’s exhibitions.

In «Shell Talks», tongues have the first role. These kinds of mouth mats are certainly the most concrete and distinctive forms of the exhibition. They set the tone and not without humour. Honest and direct, they gabble in their shells’ moulds. Here, the mineral builds kind of vessels with conch-like curves that embraces fabric pieces, as if it metaphorically represented our social bond. The tongue is in its design and in its purpose the opposite of a door. The door is a symbol of passage that lets through information and questioning. What happens when you pass through a door? When you pass on a story? From the entrance to the exit, from Heaven to Hell, a change, a move occurs in an instant. An instant when the words became a sentence, when they finally make sense. Even if there is always a moment of doubt during the process. Io Burgard has decided to choose this special shape of a tongue-door or door-tongue as a symbol to connect us all. An emblem that take us from a state to another whether it is physical or spiritual.

Io Burgard’s work is a true copy of her subtle, funny, lively and sensual character. Io Burgard’s vocabulary is singular; her grammar is personal and unique. Visiting «Shell Talks» is experiencing Io Burgard’s splendour of gesture, her shades of white and her contrasting matters. Io Burgard’s metaphorical universe gives space to stories, to exchanges. «We always have something to talk about», pledges the artist.

Through drawing, painting, bas-relief and sculpture, Io Burgard’s practice is about bringing the idea down from its pedestal, from the top of the ladder, where it can be handled at equal height. But as we reduce an object to its definition by naming it, we reduce an idea by materializing it. For Io Burgard, the object must be constantly reformed. The materialized idea comes from a vaporous emanation would be a soft paste. Taking one shape, then another, it flows into mold, its multiple facets cannot be read as an object because an idea is not geometric. It must be recast indefinitely to extract the most substance from it. In the mold, a shape and a counter form, a positive and a negative of the image can be understood, but it is essential to comprehend that an idea does not necessarily escalate on the compromise of a duality. Her drawings and objects find places of convergence, articulate with each other and are repeated through different combinations.

Io Burgard (*1987, Talence, Fr) lives and works in Paris. She began her training at the École des Arts Décoratifs in Strasbourg (HEAR), in the illustration section with the professor Guillaume Dégé. In the meantime, she also joined the École des Beaux-Arts in Paris in the studio of Jean-Michel Alberola, where she graduated in 2014. Her work has been shown in numerous French institutions and galleries such as at the Centre d’art les Capucins in Embrun by creating a monographic exhibition (curator Solen Morel), at the Centre d’art contemporain Chanot, in Clamart France (curator Roven), at the galerie Maïa Muller, in Paris, at the galerie Continua Les Moulins, in Boissy-le-Châtel (curator Nicolas Bourriaud), at the Palais de Tokyo in Paris (curator Gael Charbeau) , Forum Hermès (in Japan), in MRAC Sérignan (curator Sandra Patron) for a solo exhibition. She has been an artist in residence at the Fondation d’entreprise Hermès, at the Ateliers des Arques and at the Centre d’art contemporain in Ugine supported by the ESAAA and the IAC.