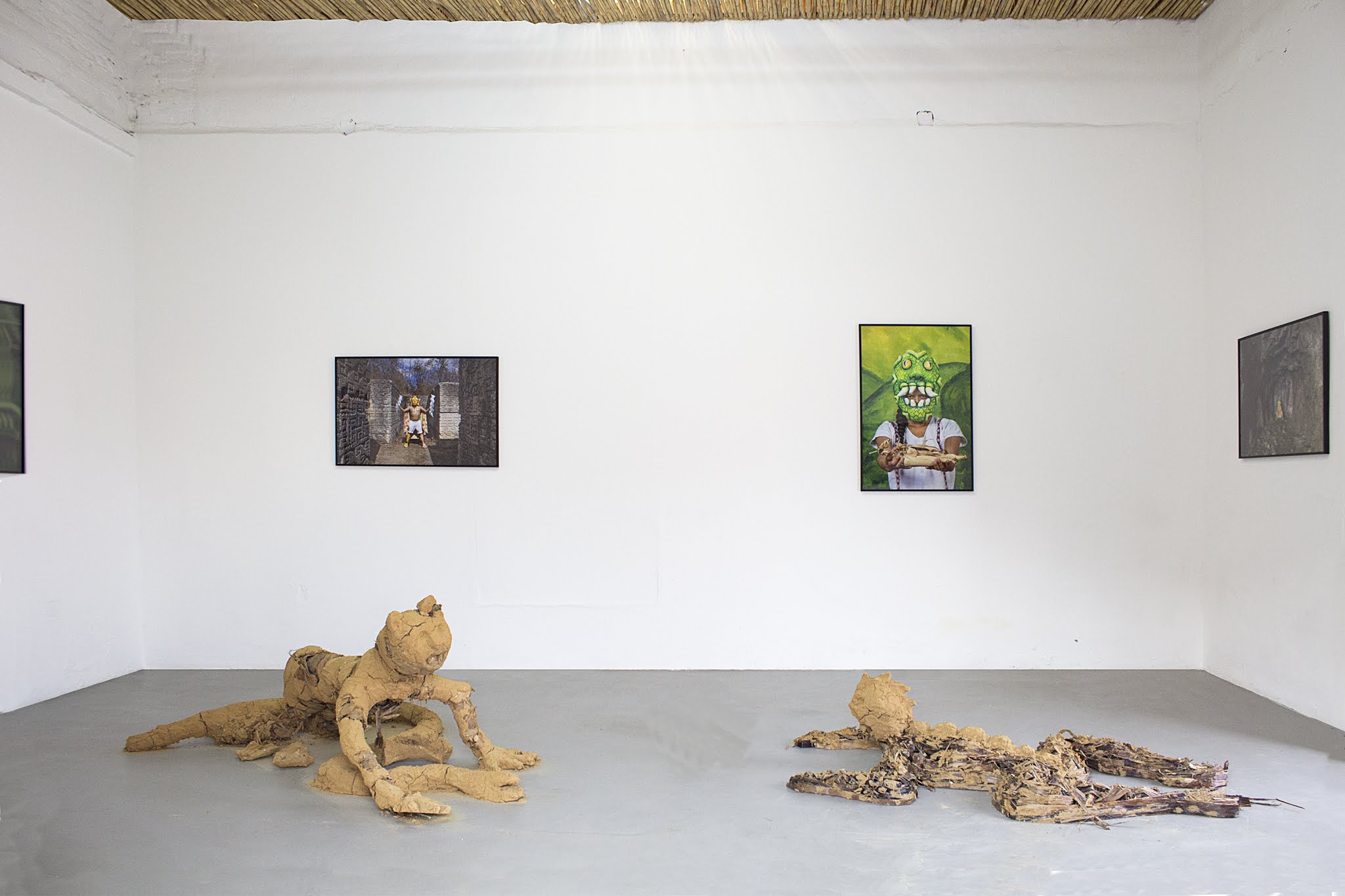 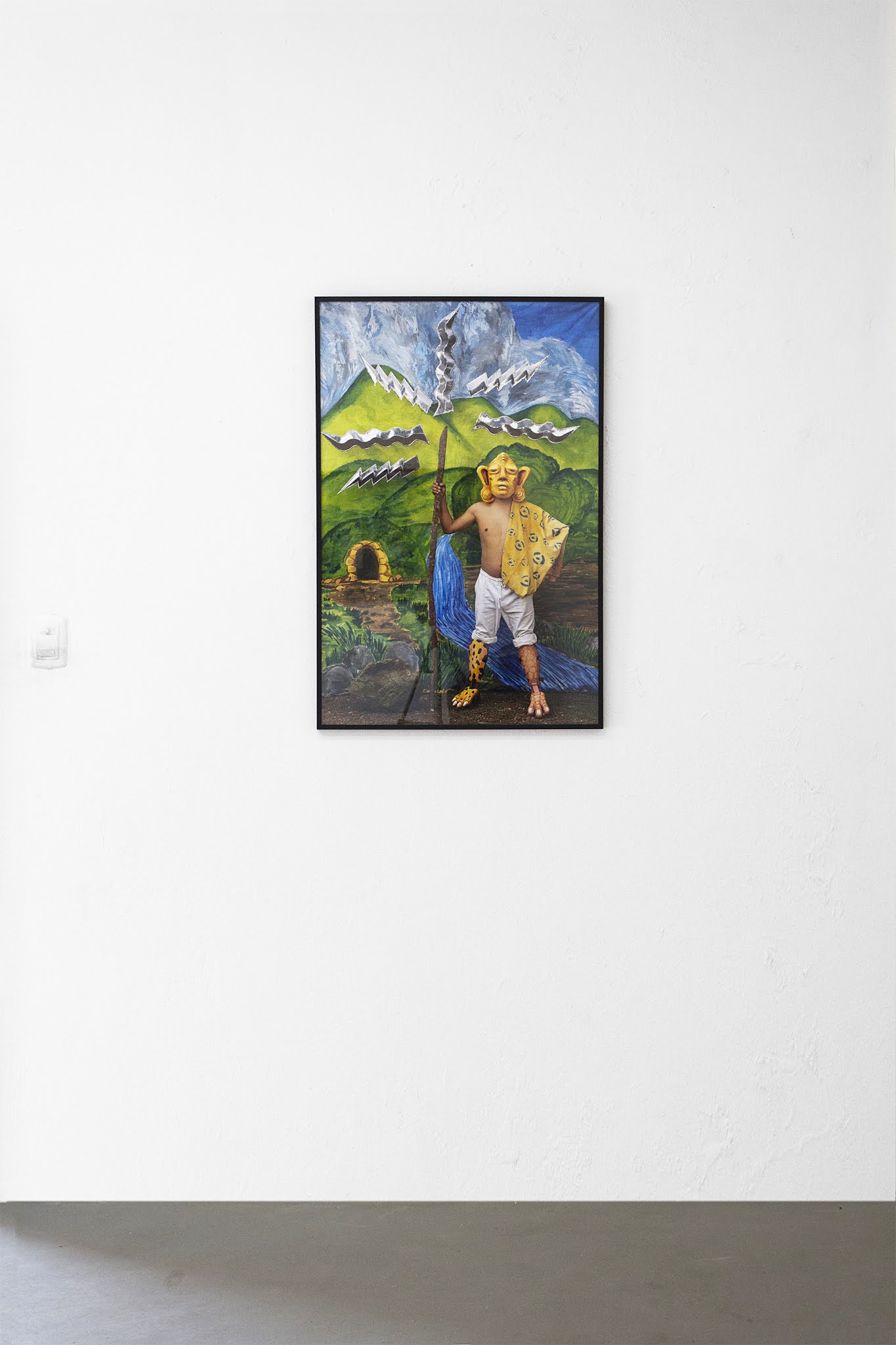 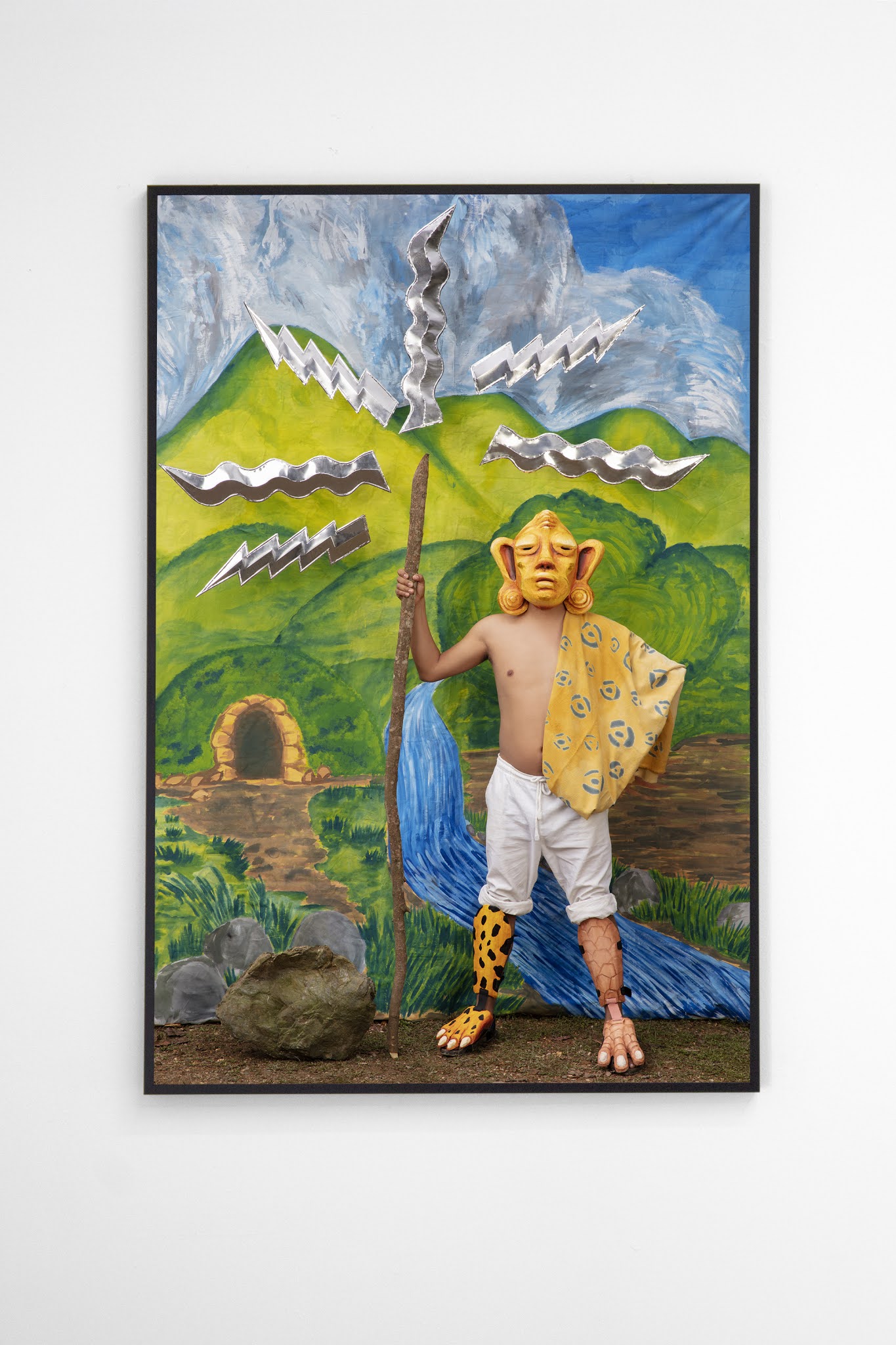 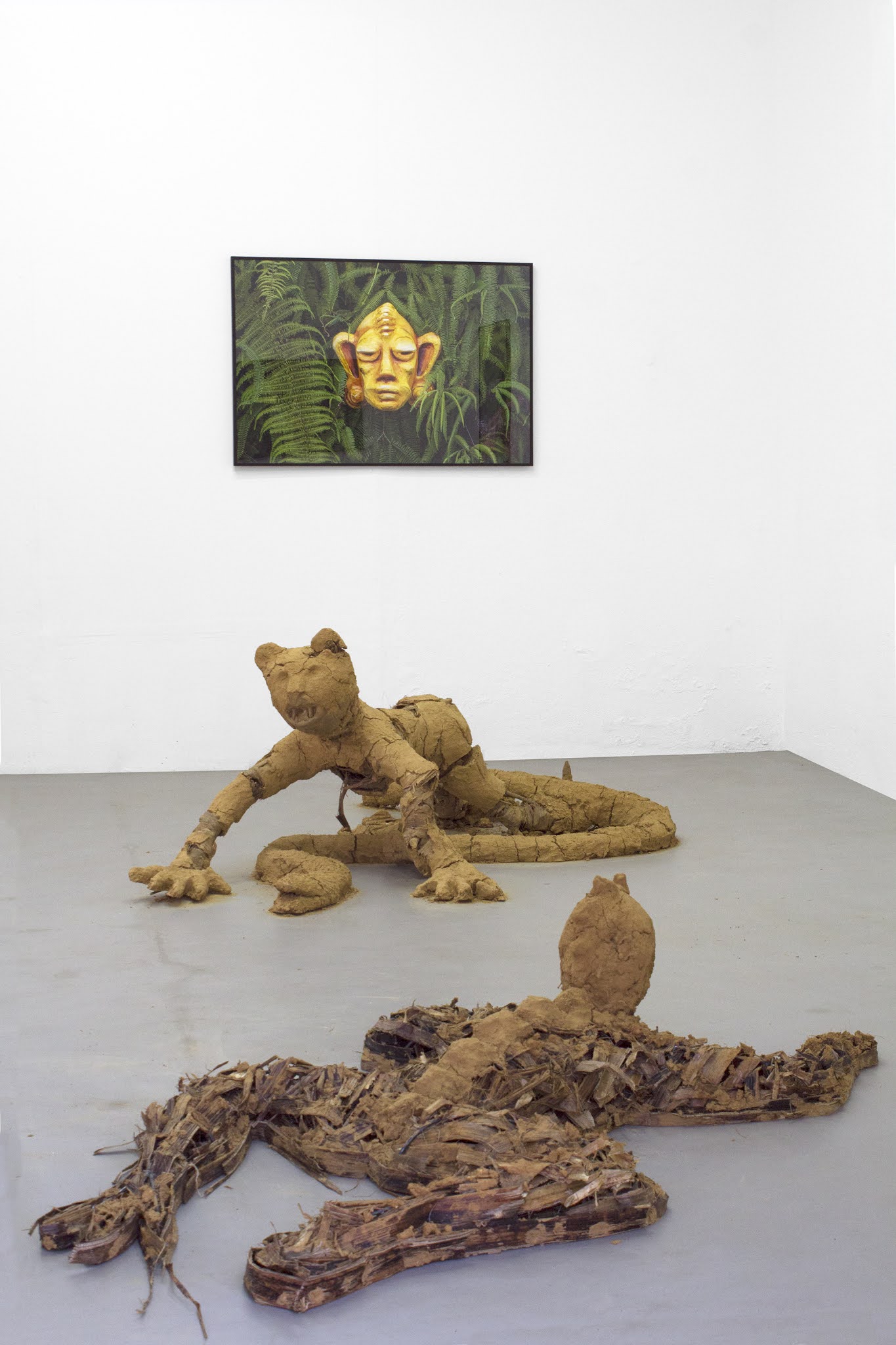 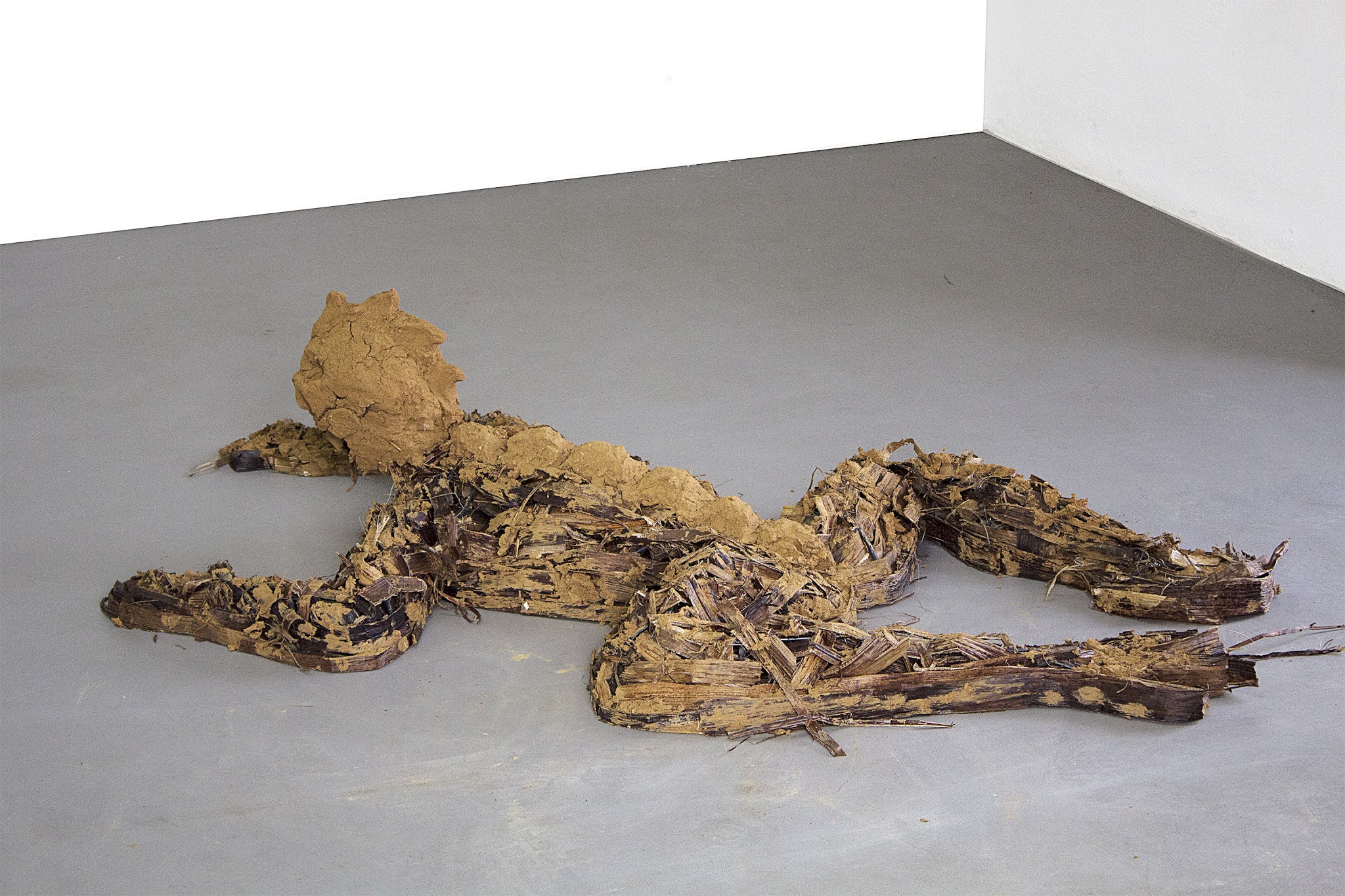 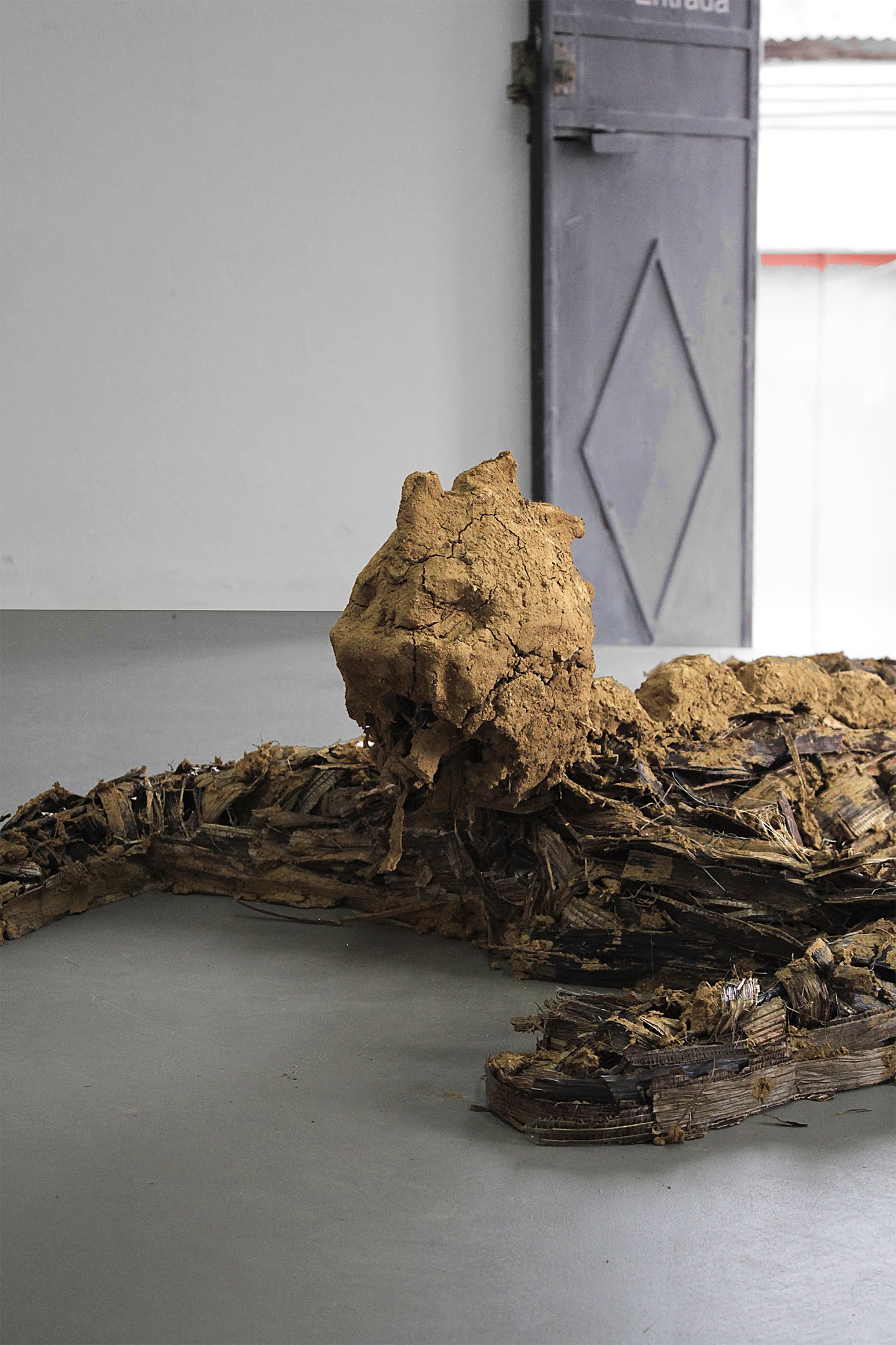 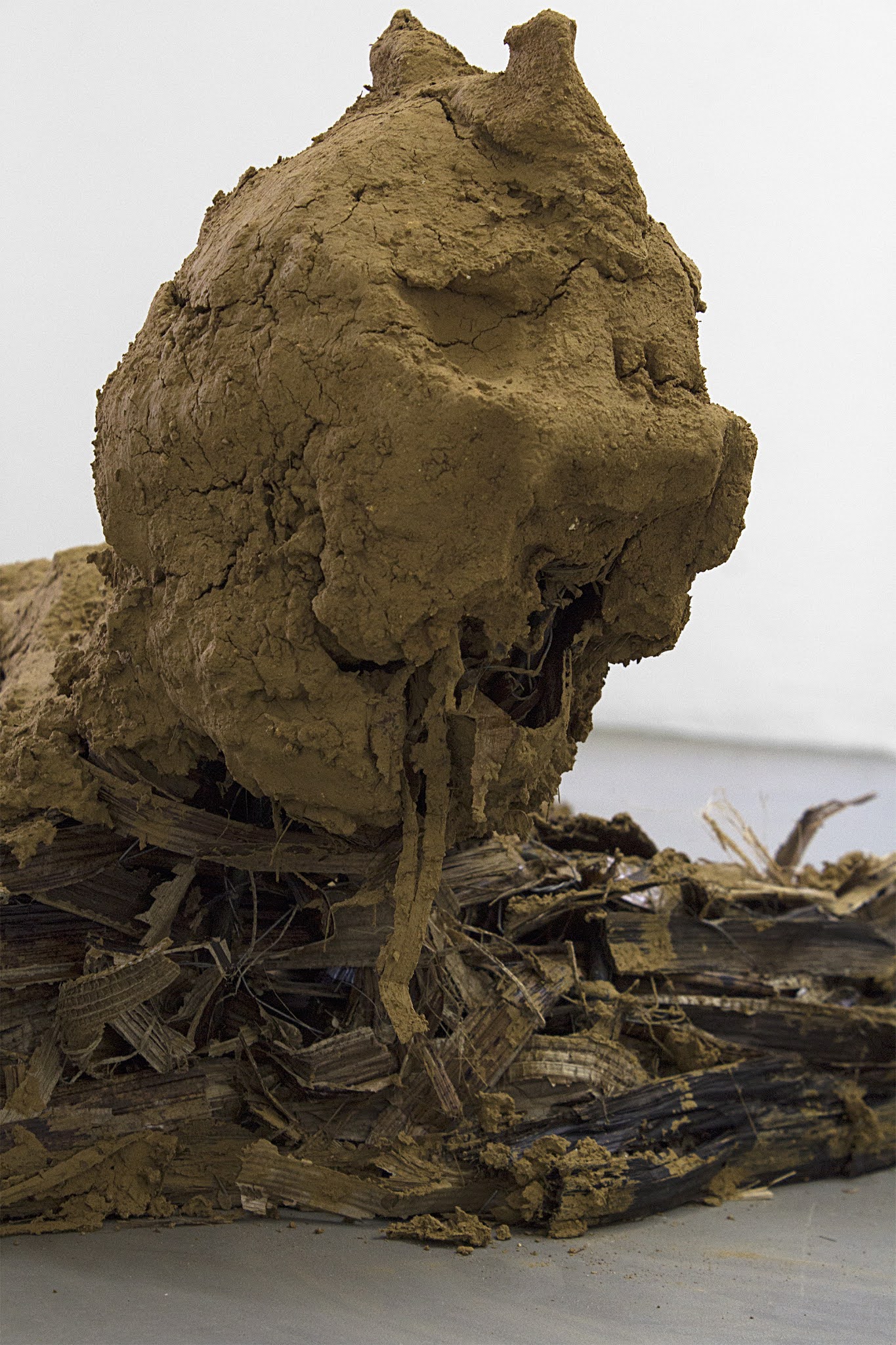 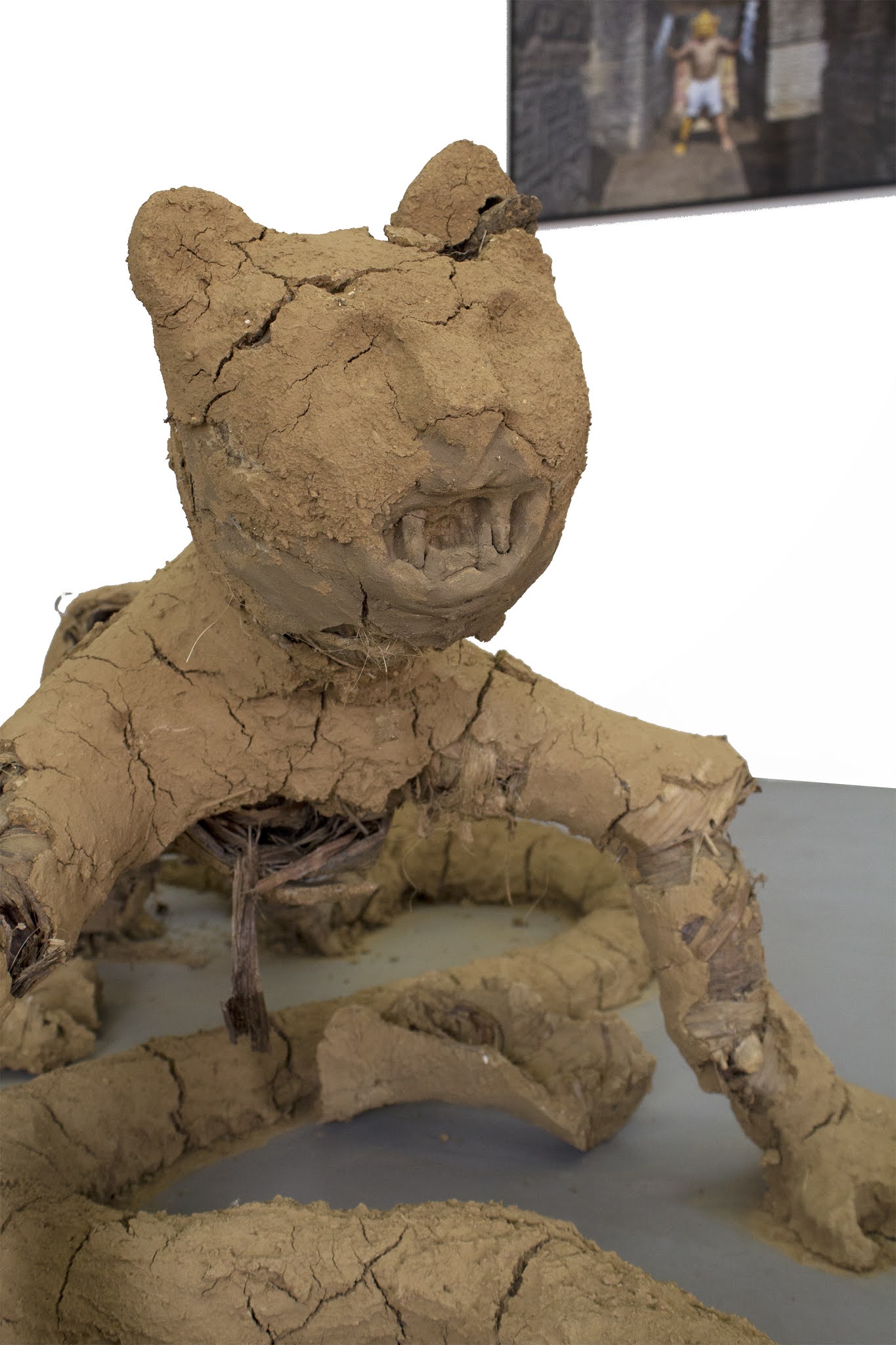 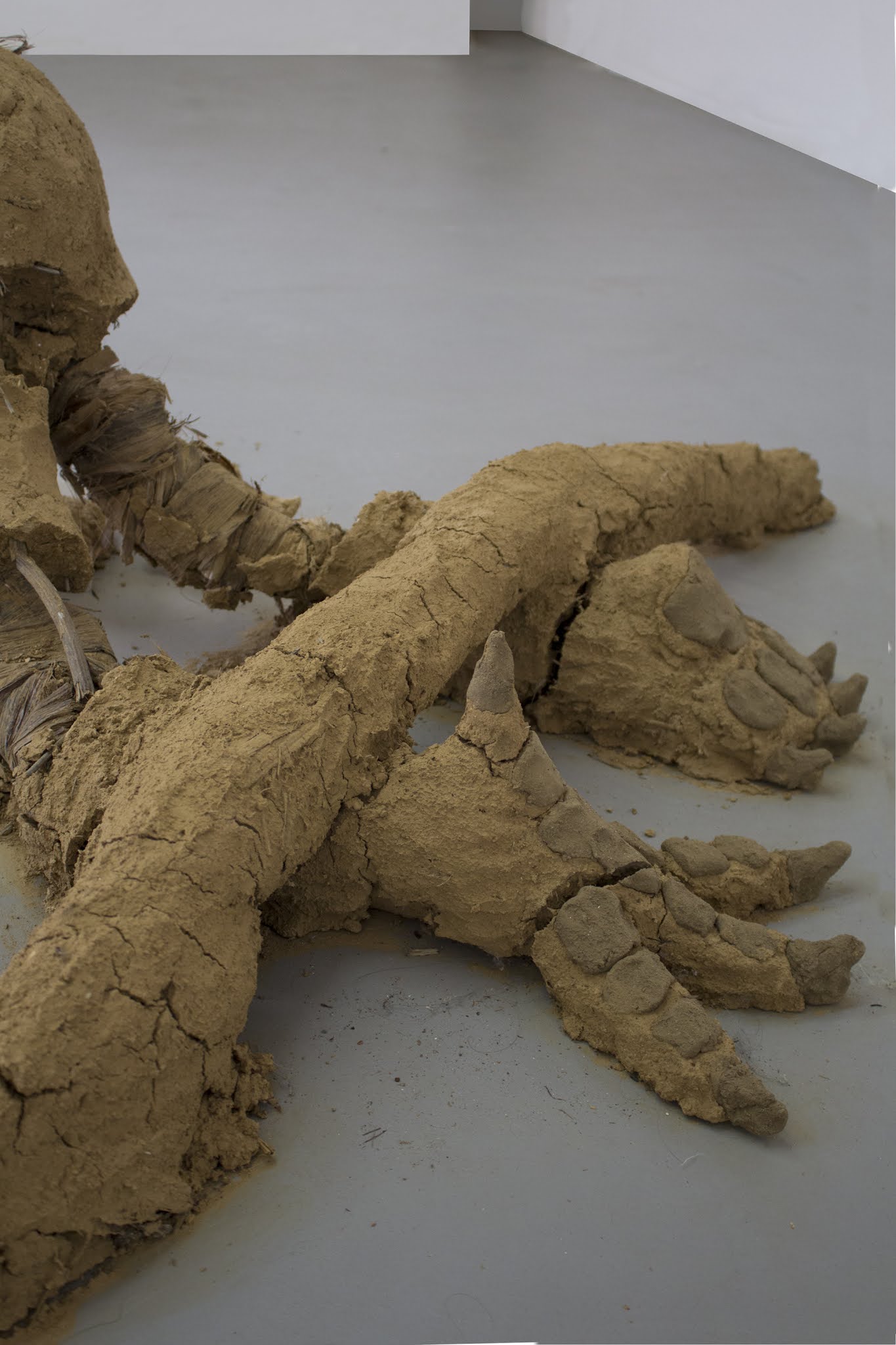 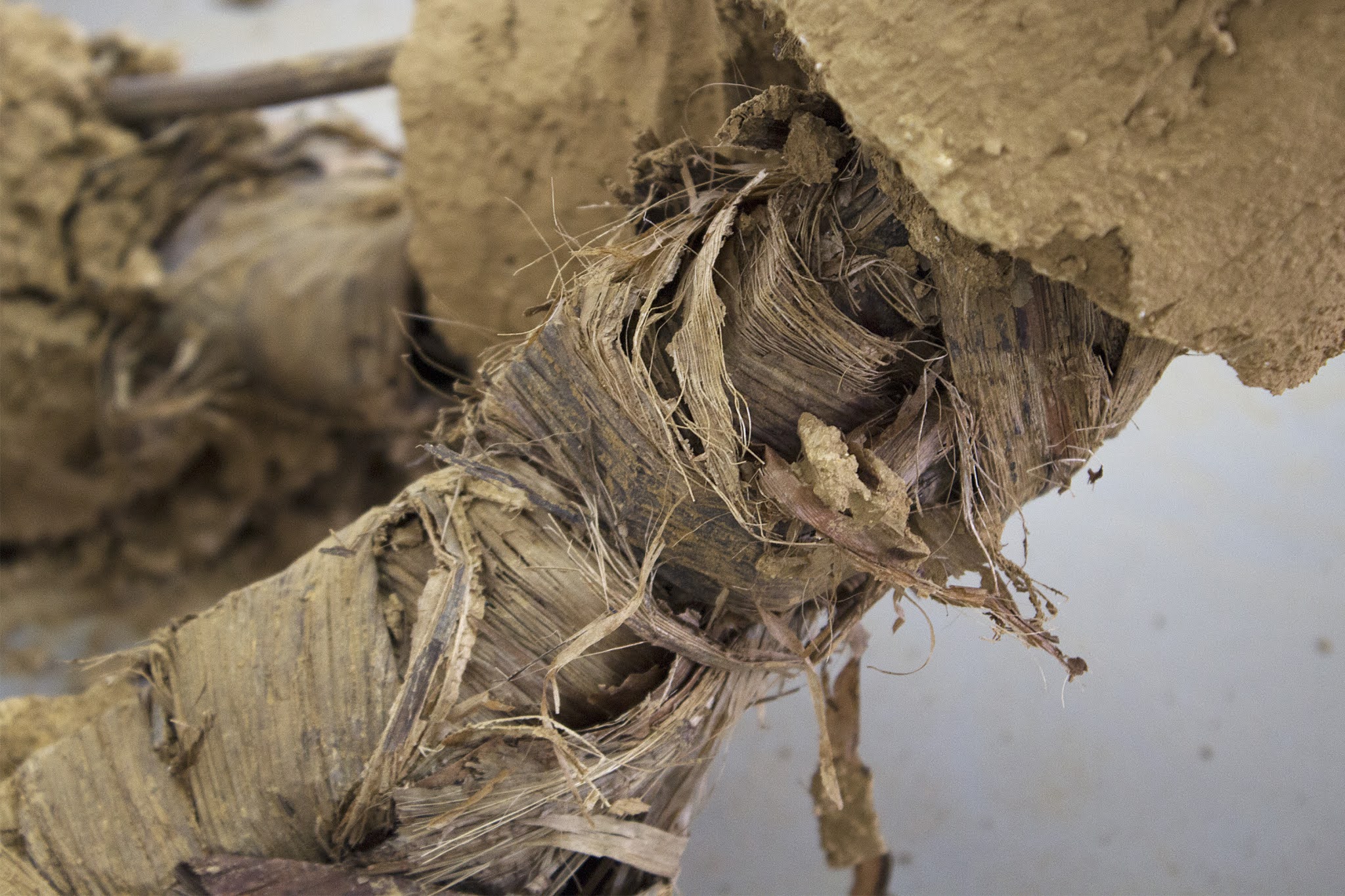 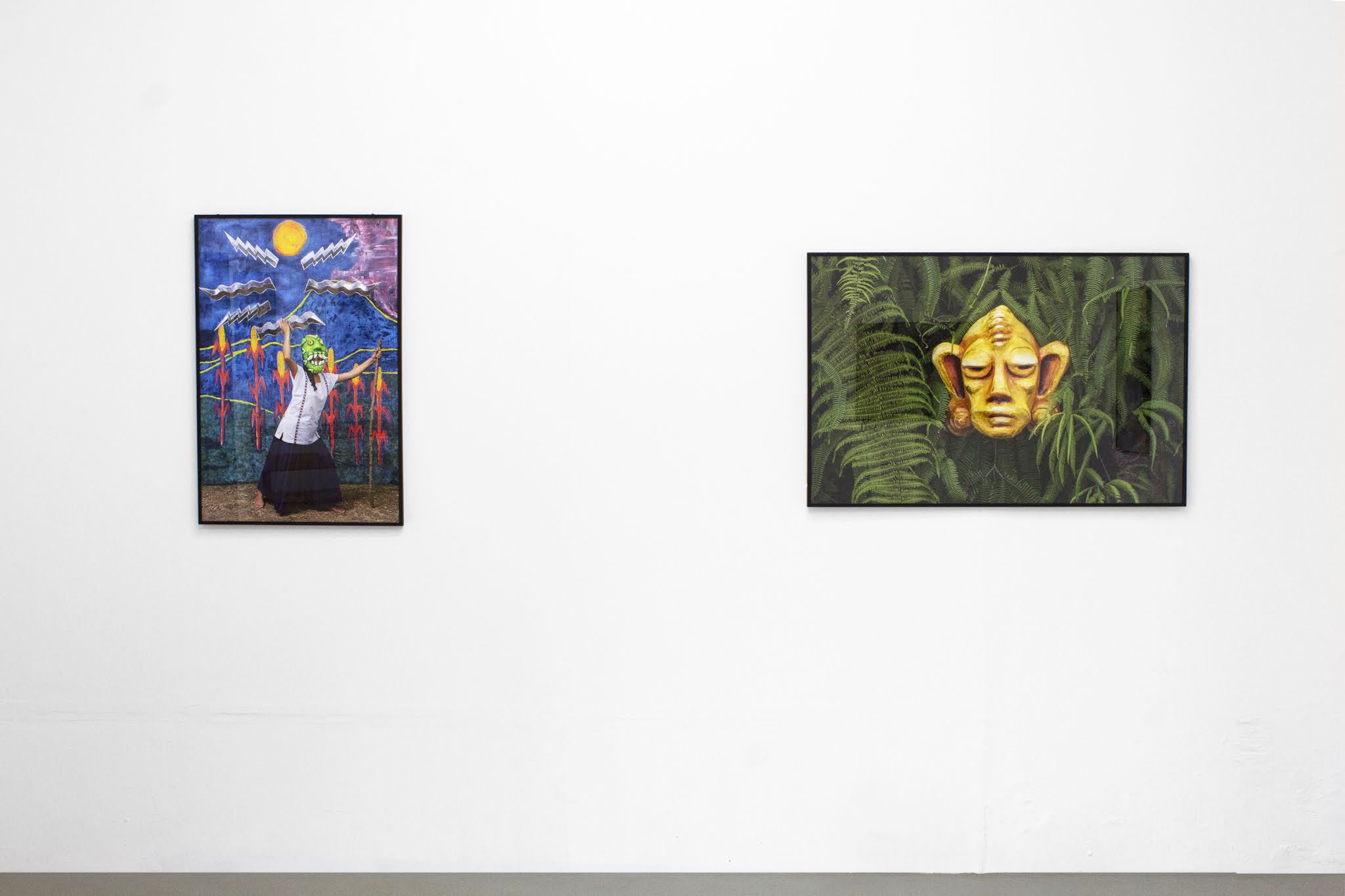 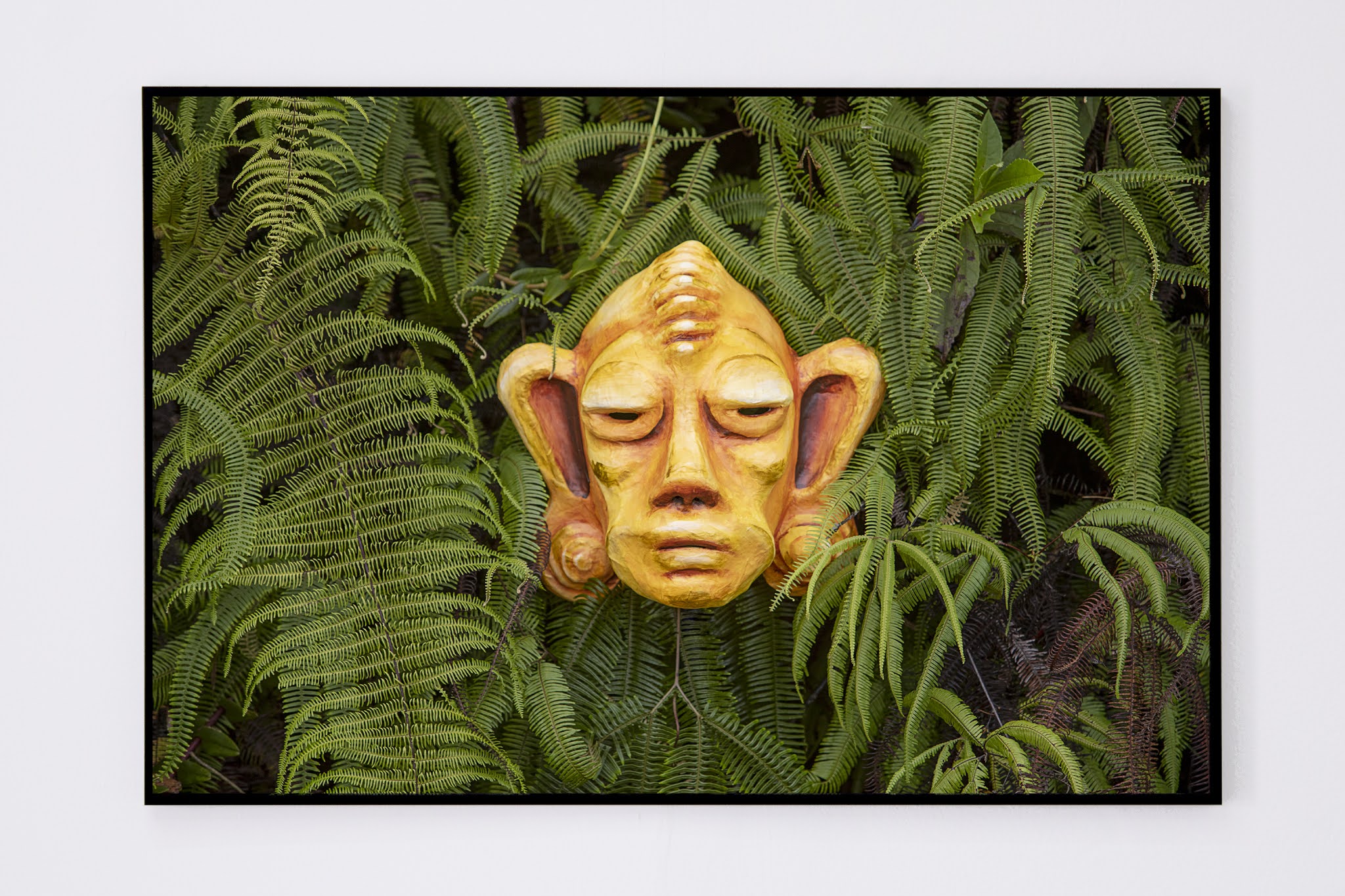 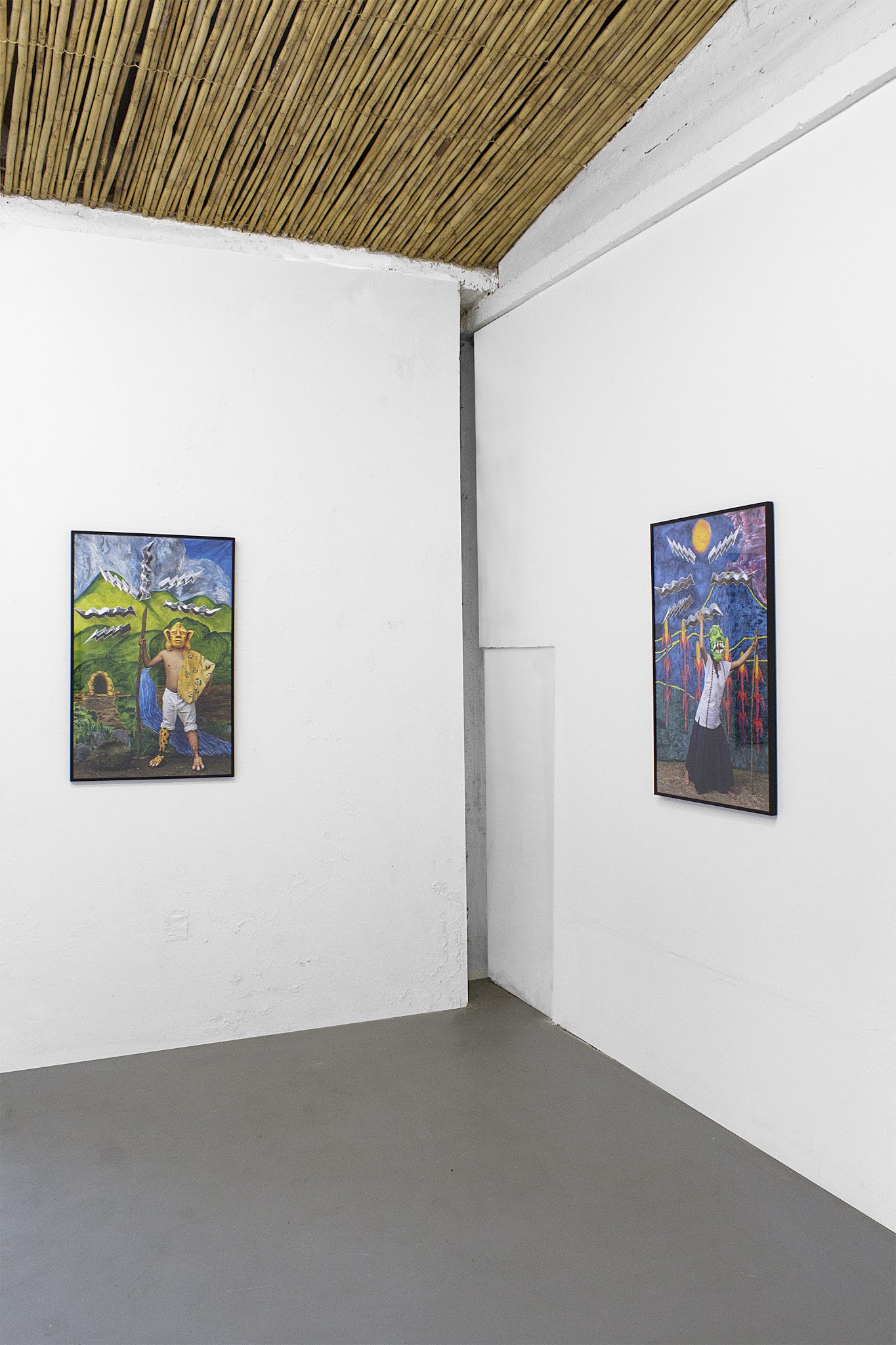 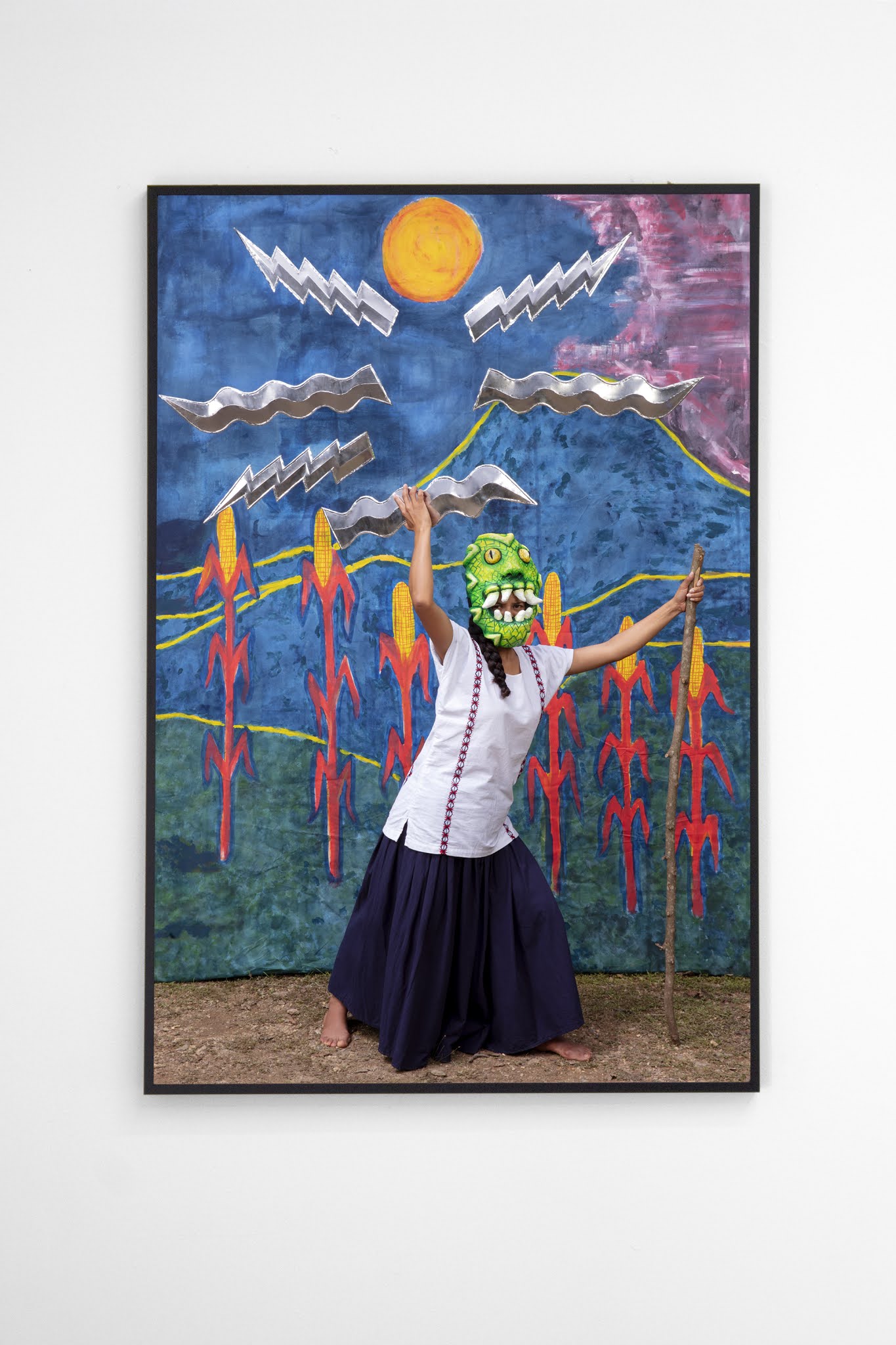 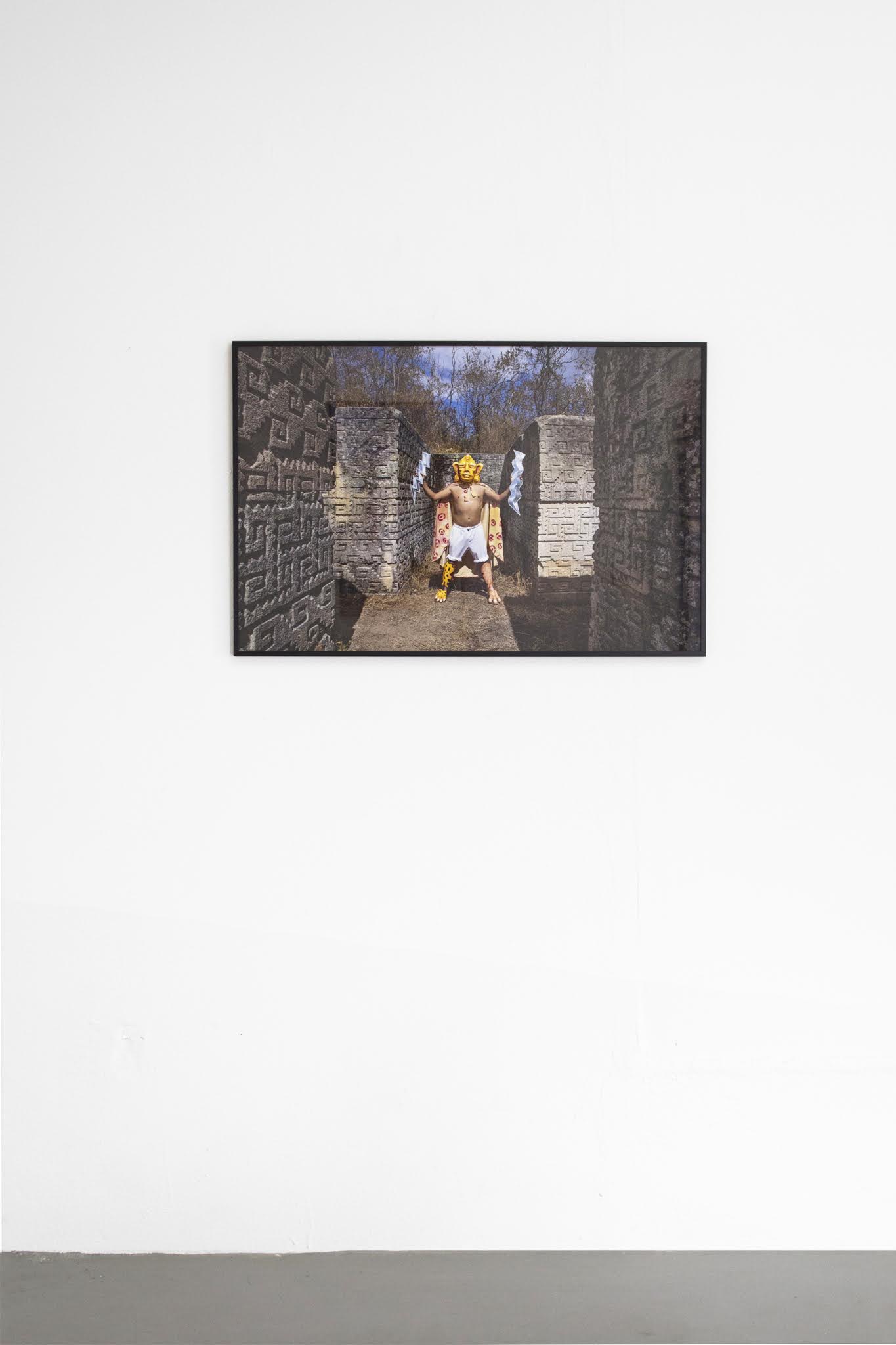 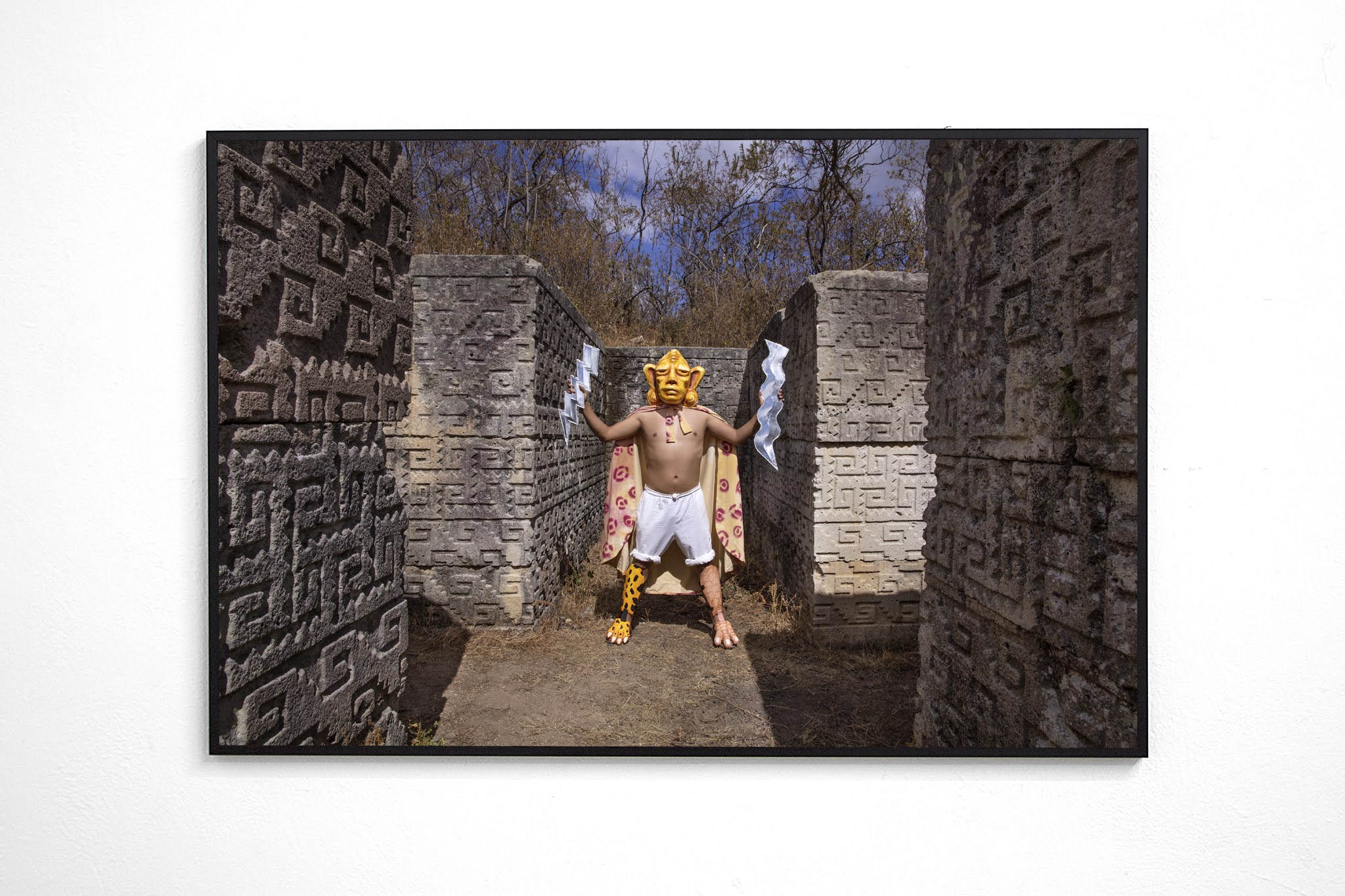 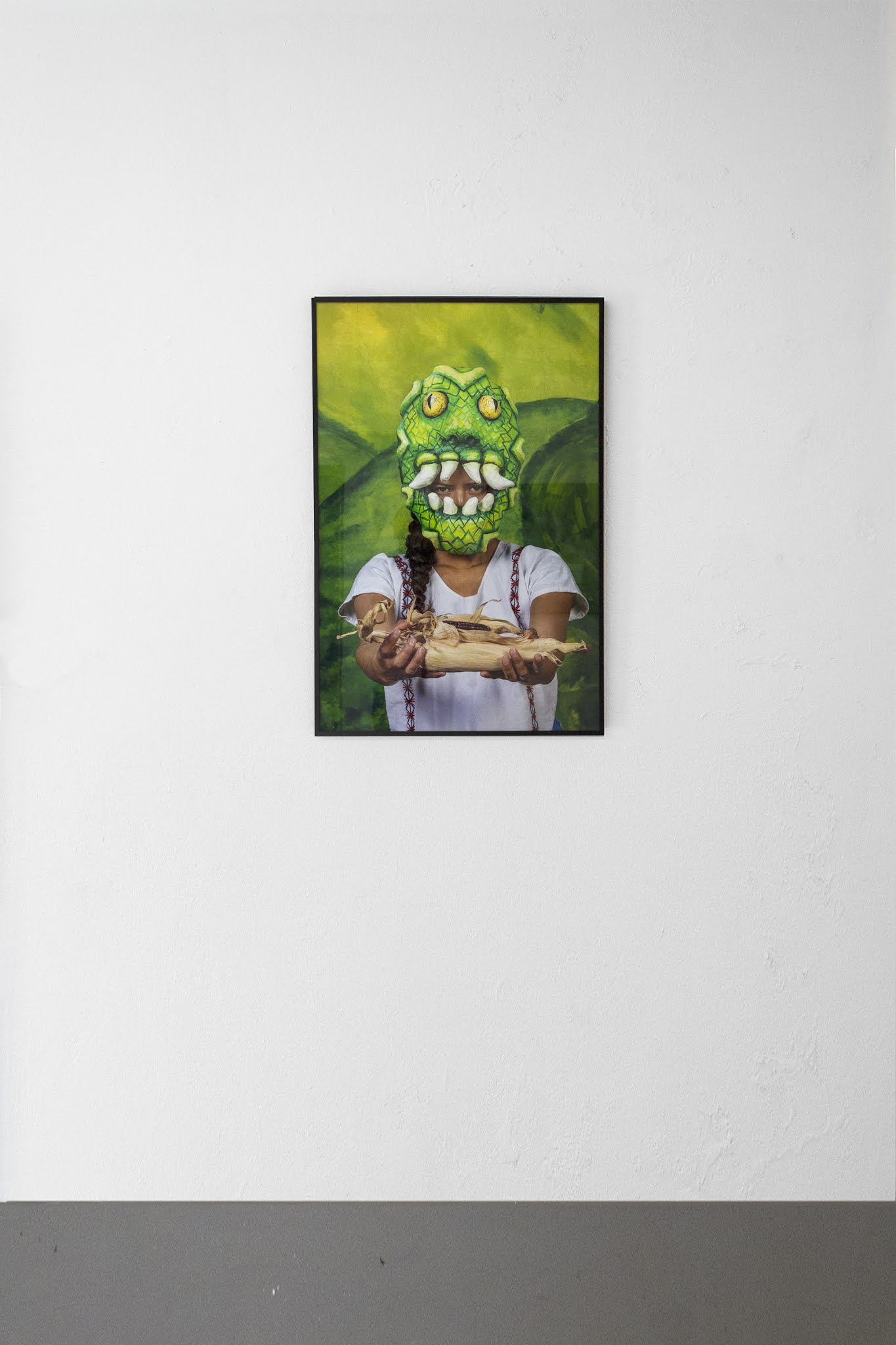 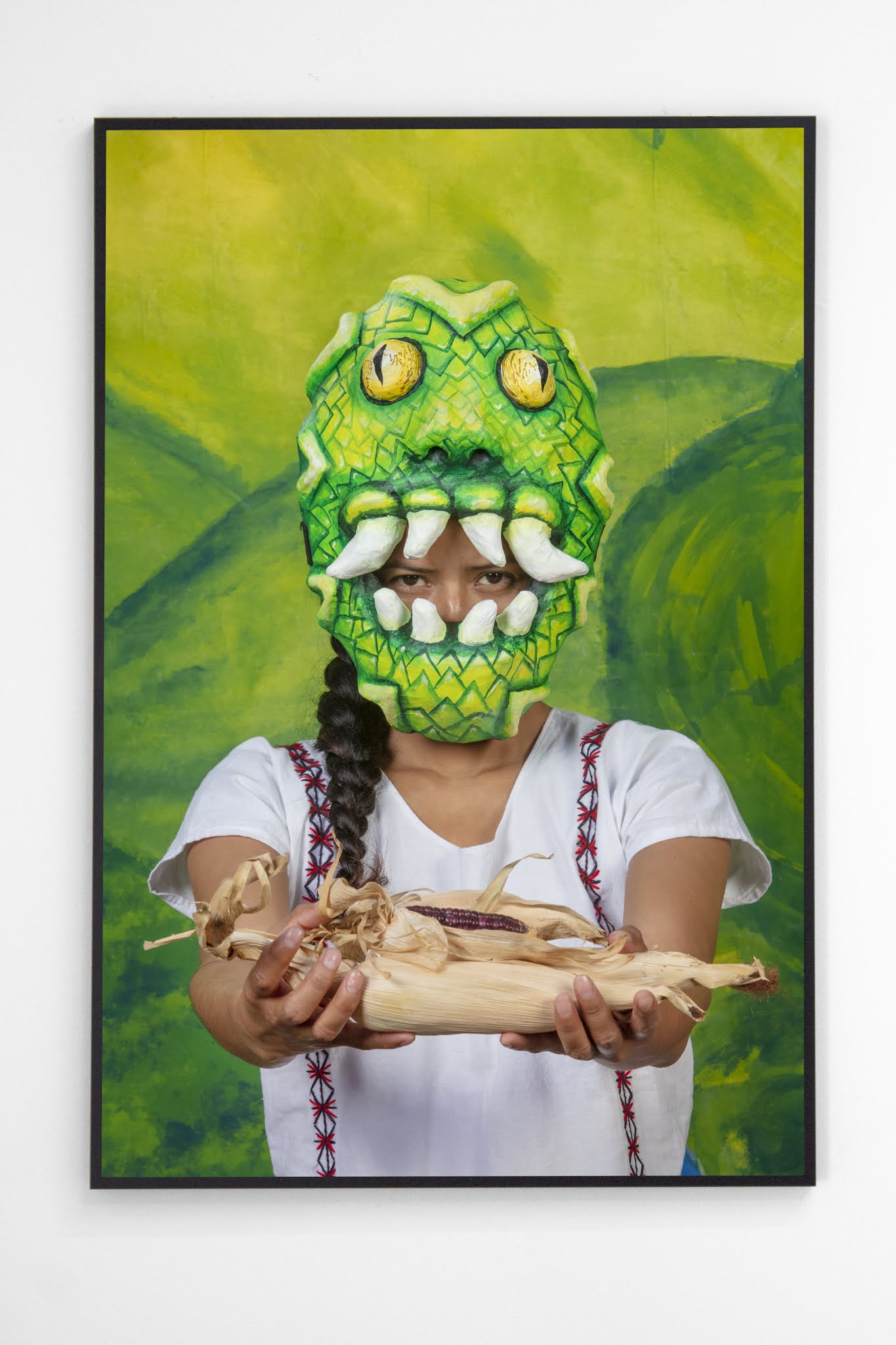 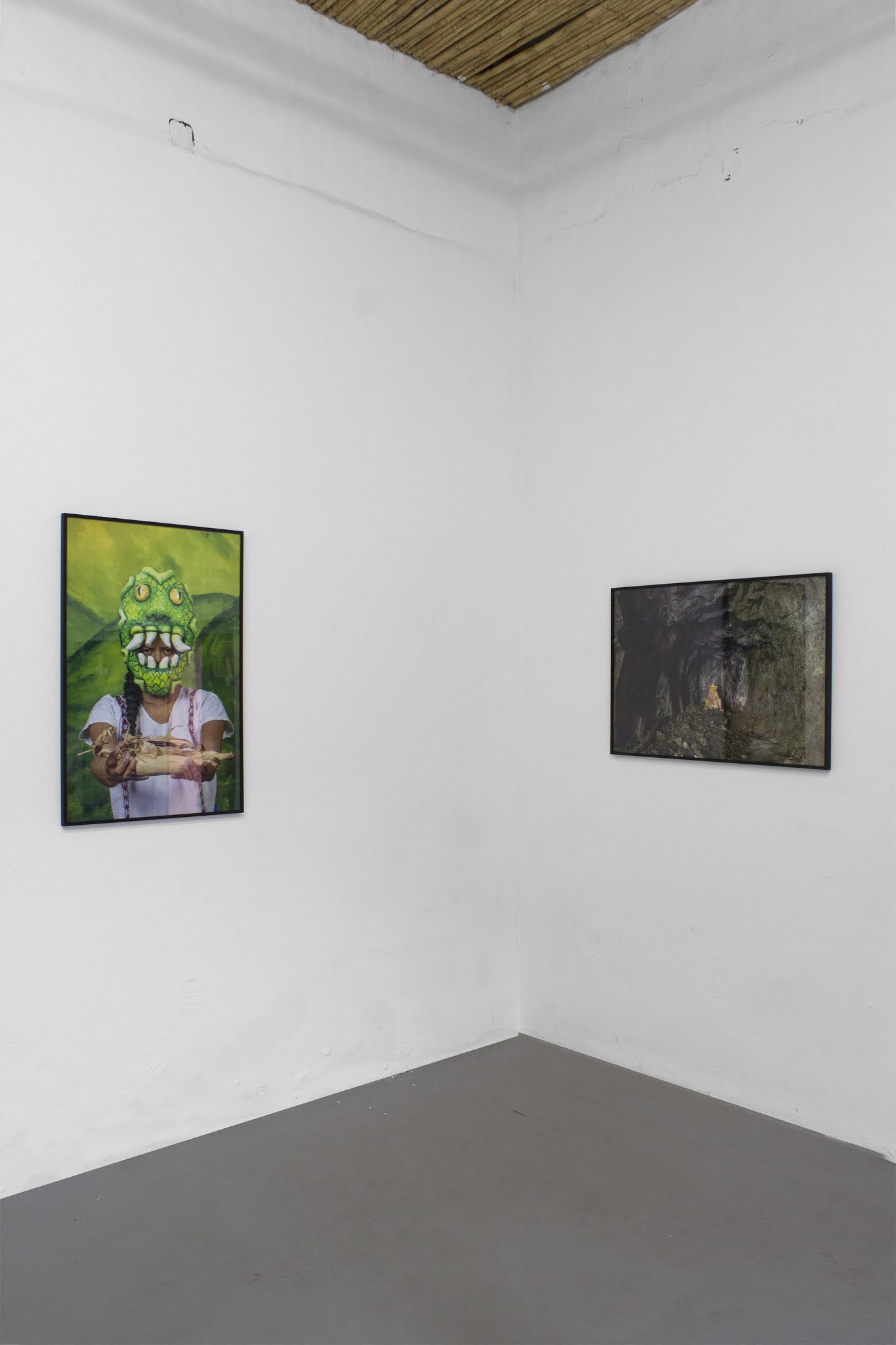 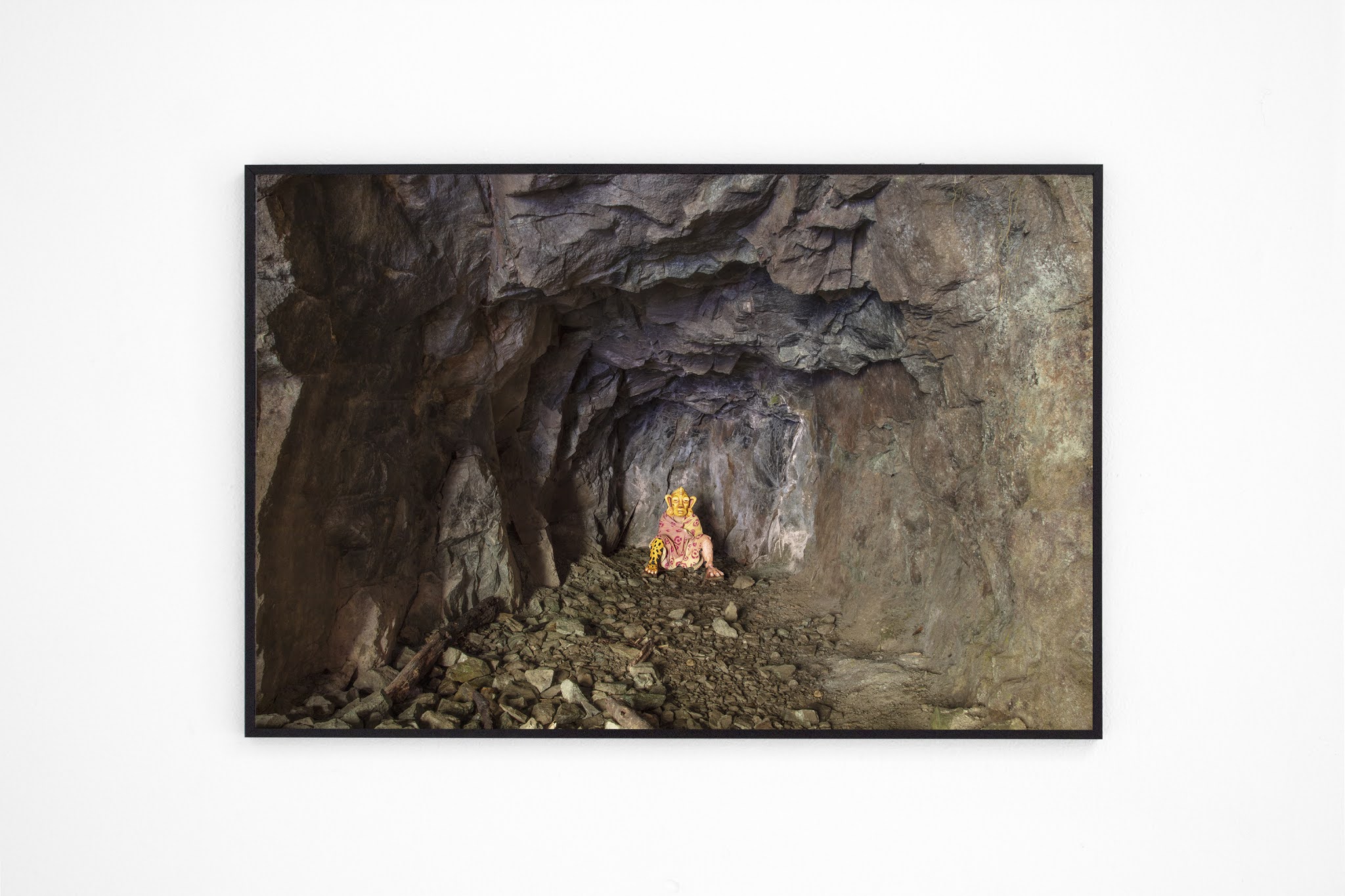 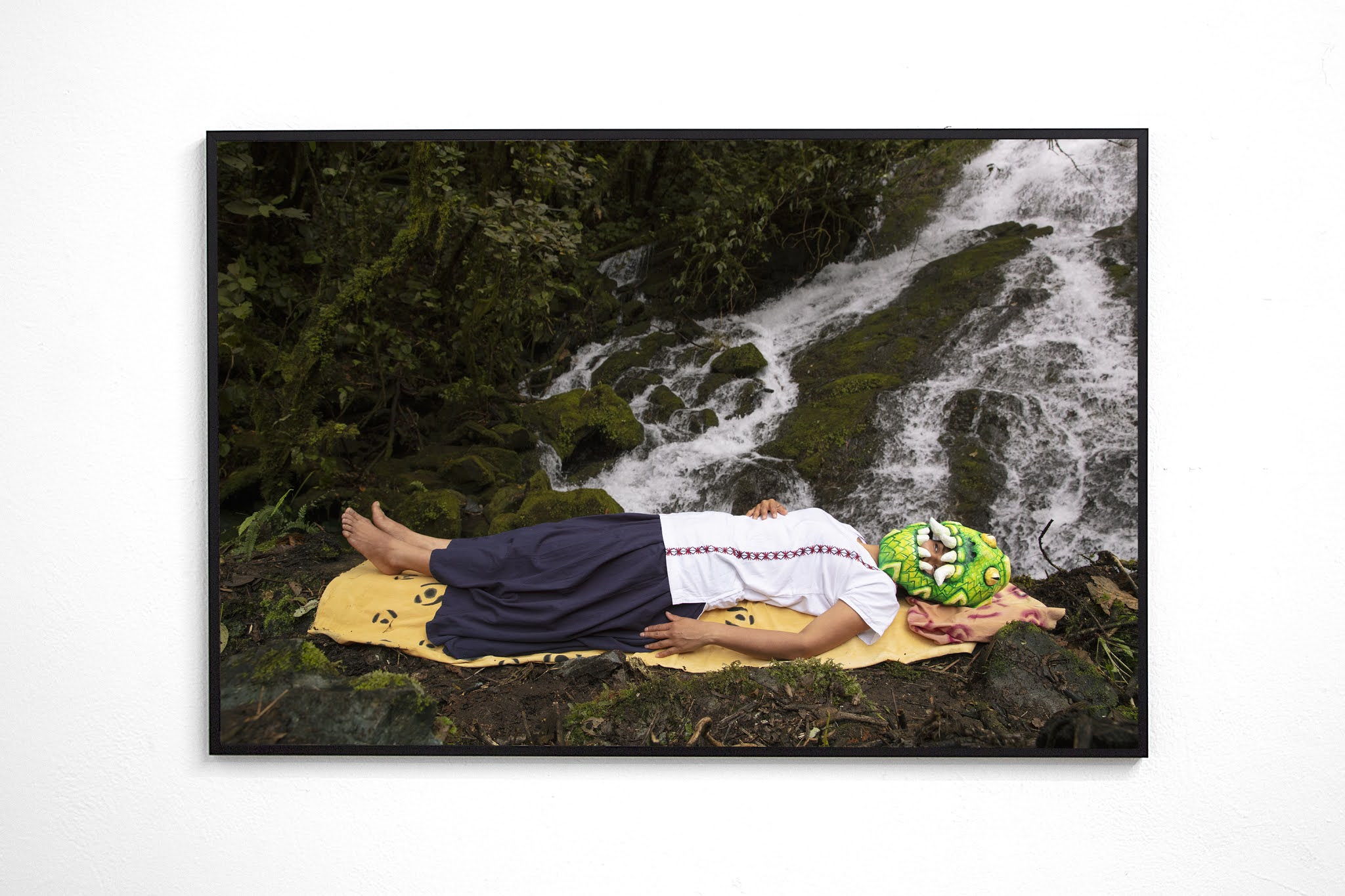 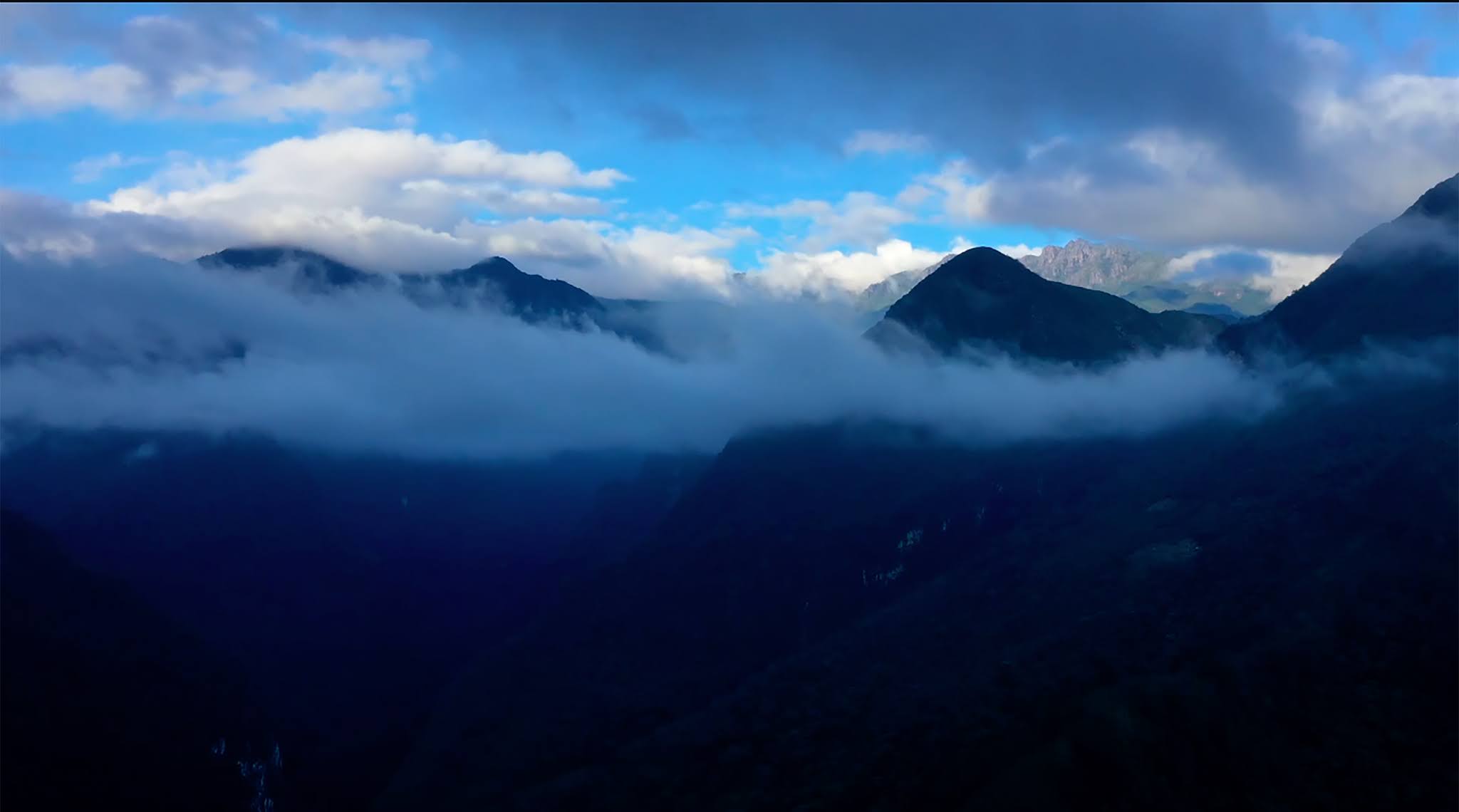 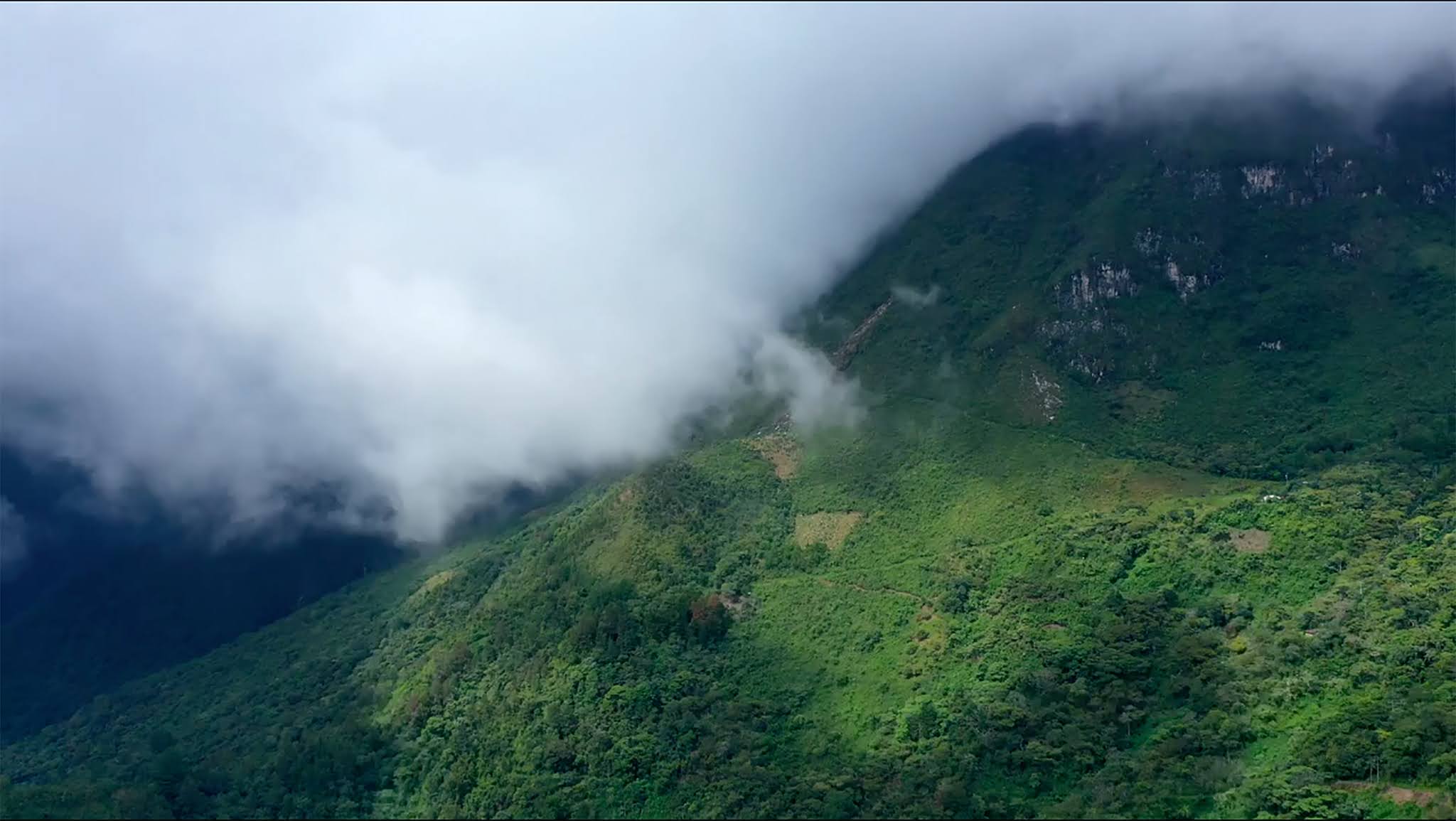 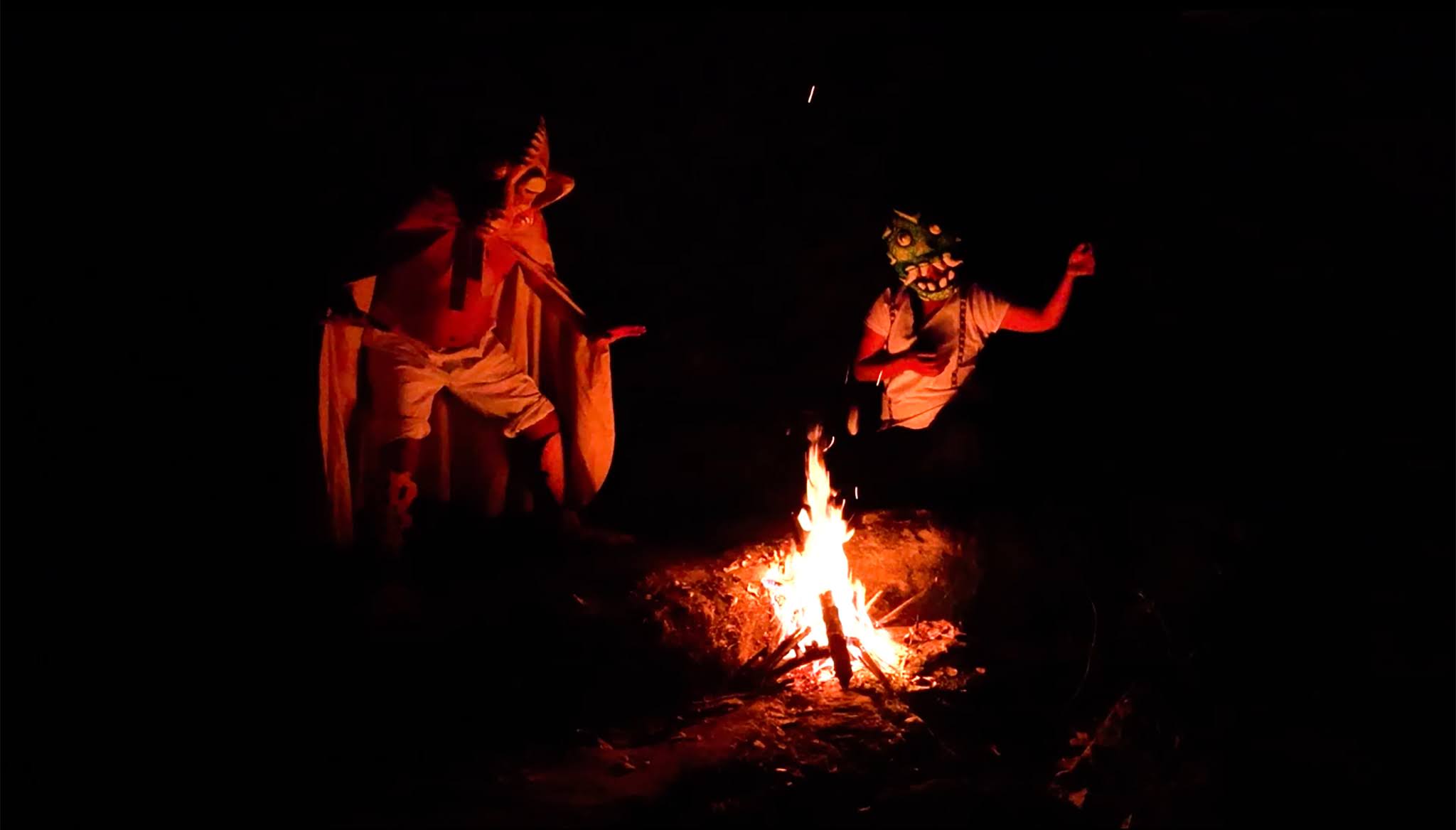 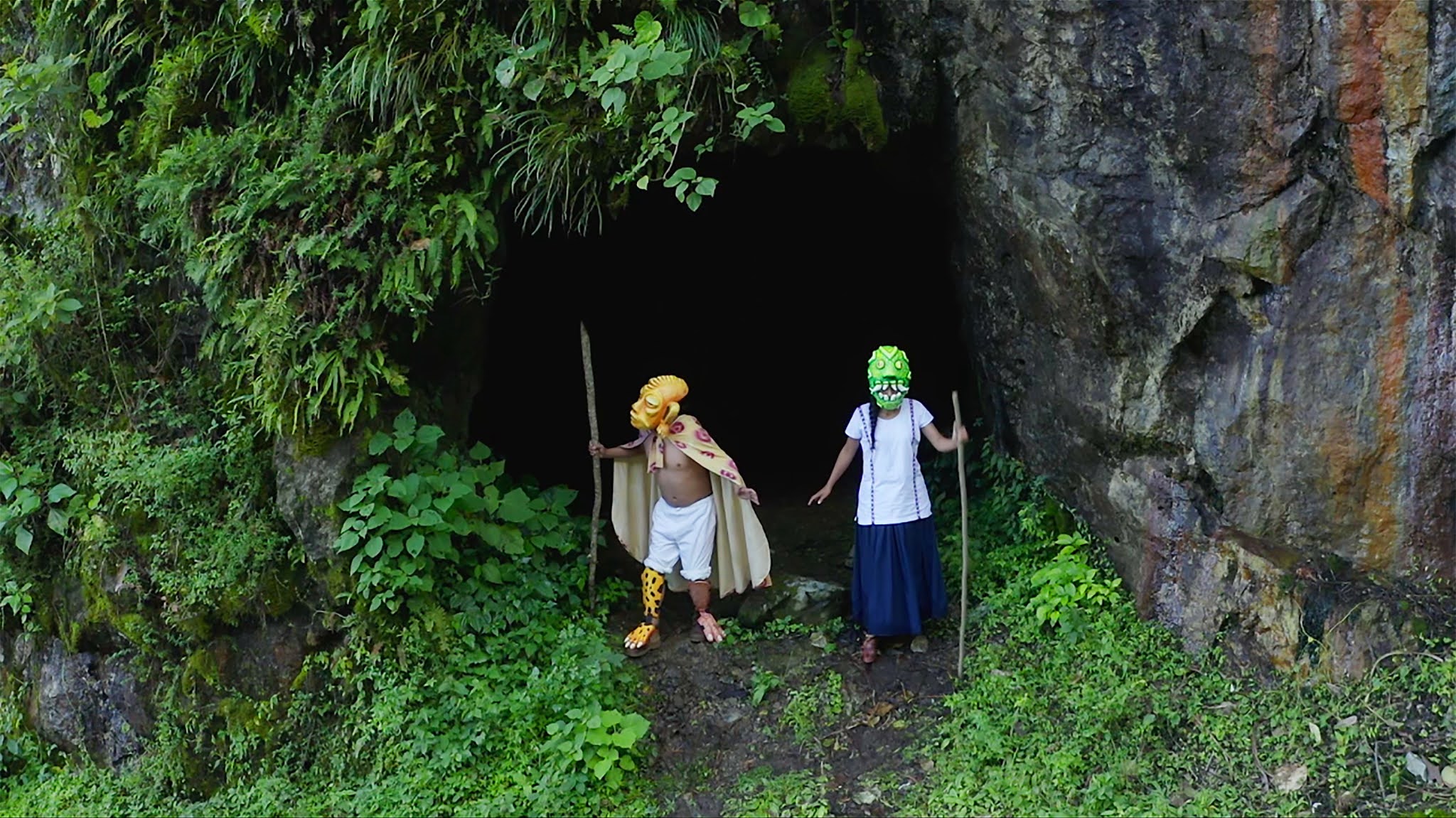 All images courtesy and copyright of the artist and the gallery.

Parallel /// Oaxaca is pleased to present Kontoy 2020 by Octavio Aguilar. The exhibition proposes an introduction to the complex panorama of symbolic representations of Kontoy, the mythical hero, dual deity and protector of the cosmological order of the Ayuuk culture in Oaxaca.

Octavio Aguilar's multidisciplinary practice spans drawing, painting, photography, installation, sculpture, video and performance, making a critique of official and western representation politics that exclude plurality in conceptualizations of the body, space and time, as well as in communal cultural, linguistical and cosmological systems.

In Kontoy 2020, the artist researched on different Ayuuk communities in Oaxaca, the myths about the travels and evidence of Kontoy and its twin sister Tajëëw, the serpent. The cosmogonic narratives about Kontoy and Tajëëw recount them as twin deities that were born from an egg in a Mountain/Cave/Lagoon. Their conception as multisignificative entities manifest them with zoomorphic properties and the ability to transit over the terrestrial, aquatic and celestial domains; Kontoy, credited with creating the hills, cliffs, plains, lagoons and rivers in the Ayuuk Territory, has extra-human attributes; a jaguar foot and a avian foot (turkey), it has as well as the ability to move with the wind and dominate rain and thunder as its nagual (shape-shifting force). Tajëëw the serpent, is associated with the earth, rivers, ravines and abysses, it has the ability to move within the earth, her  movements are related to earthquakes and the rainbow.

The compilation of myths of Kontoy and Tajëëw as territorial animistic entities, focuses on the events and transit of these supernatural characters as protectors of the order and the reciprocity of the Ayuuk people with their natural environment; these forces, ensure the place, the territories and the community cosmogony, which have transcended the new generations in ritual processes as a space and place for memory linked to the promise of returning when the Ayuuk People need them.

Understanding the communal narratives and the continuity of the Ayuuk cosmogony in our contemporaneity, have meant for the artist a search for materialities with the ability to guide representations intertwined with mythical notions, where the human relationship with earth and nature, affirm the balance of the Mesoamerican legacy and its permanence; respecting natural cycles, the practices that allow the construction of a cosmology and the capacity of community ritual systems to regenerate our contemporary paradigm.

The exhibition propose through a mythical transfiguration, a relearning of community fables, which are opened as a living discourse with a different temporality, with the objective to re-define landscapes according to the construction and cosmogonic reality of its own culture, radically opposing the disruption caused by ambition and domination of land resources and territory by extractive economic interests.

Octavio Aguilar was born in Santiago Zacatepec Mixe, Oaxaca in 1986, lives and works between Oaxaca and Zacatepec. Studied at the Faculty of Fine Arts in Oaxaca. Has exhibited in group exhibitions at Museo Carrillo Gil, CDMX; El Chopo University Museum, CDMX; Museum of Oaxacan Painters; Casa San Agustin;  IAGO, Oaxaca; among others. He participated in the 6th BBVA Bancomer / MACG Carrillo Gil program. He coordinates the Ayuuk Workshop, a pedagogical / artistic itinerant workshop that takes up legends, myths, stories, flora and fauna of the Mixe region.

With Special Thanks to: