An Interview with Ionian Bisai and Sotiris Tsiganos (Latent Community) 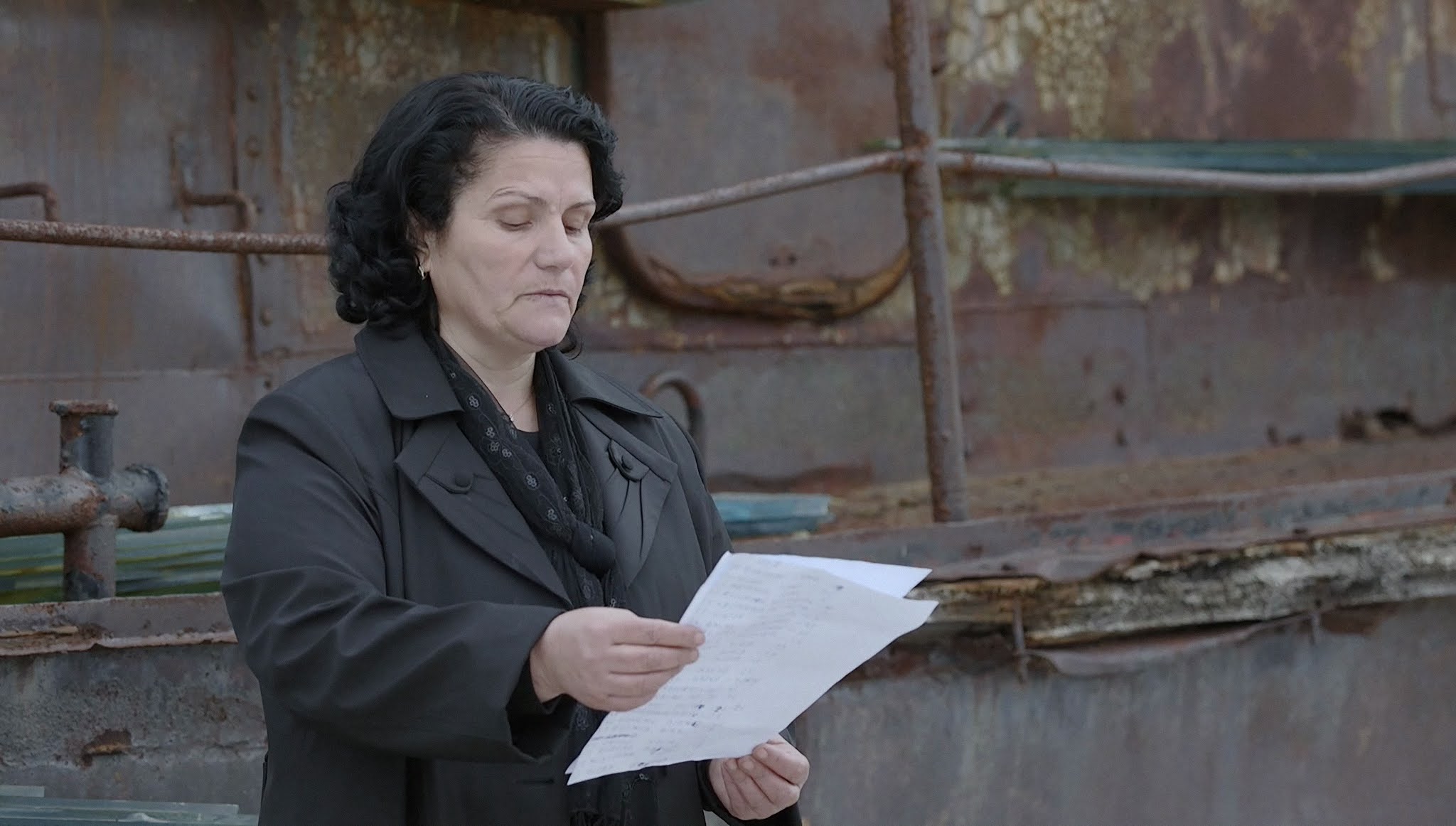 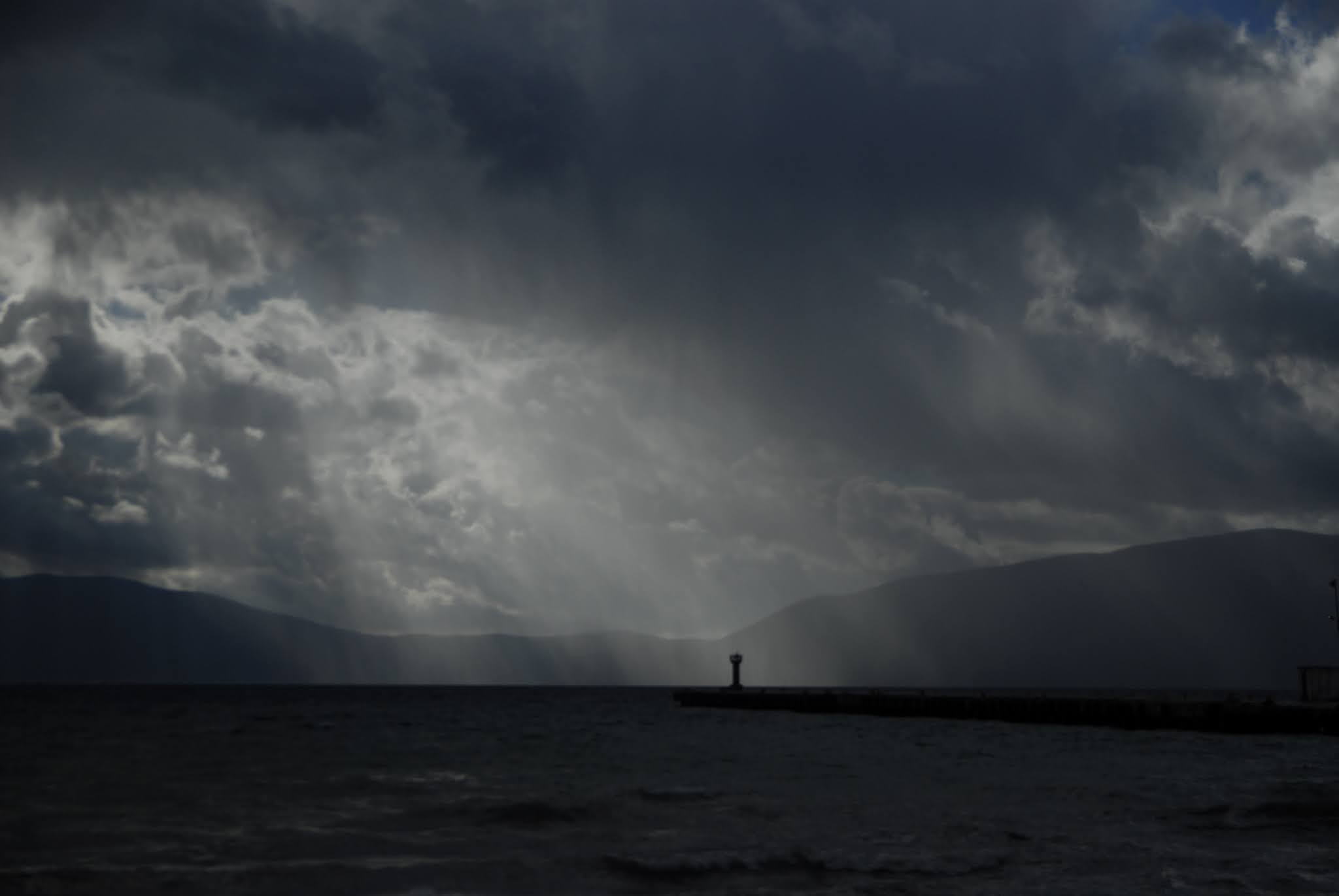 Otranto, by Ionian Bisai and Sotiris Tsiganos (Latent Community,) is a film that acts as a portrait of a tragic loss during the outbreak of the Civil War in Albania, back in 1997. On 28th March 1997, at the port of Vlorë, 120 people boarded at the boat Katër i Radës bound for Italy. In the Otranto Canal, the five times bigger Italian navy warship Sibilla intercepted the Albanian ship using military manoeuvres and naval blockade. With all its sociopolitical ramifications, the Katër i Radë and surrounding sea became the coffin for 81 people who were trying to escape war and poverty by aiming to migrate from Albania to Italy.

In the film Otranto, this shipwreck becomes a reality crisis where the viewers are increasingly activated as participants in an elegiac ritual. Otranto takes us on a journey by reworking that traumatic past in a sensitive manner and unpacking the history that has forever affected the life of countless people who lost their relatives, their beloved ones and not only.

The physical and psychological entanglement of the protagonist in this story is poignant. The protagonist, a wife and mother of victims, takes us on a voyage tracing the exact route that the boat followed. When we arrive at the destination the actual boat has become a sculpture by the coast of Otranto city. This commissioned art-interference turns the boat and it’s evidence in an artwork established by the same authority that ordered its sinking. When the protagonist recalls one by one the names of the victims, in a commemorative event, she reaches the point of the youngest one — who was just one month old. There, her voice breaks as never before in the film. The death of all these immigrants haunts this film and its viewers from the start till the end.

Otranto comes as a gesture to restore the memory of the unfair loss of 81 people aiming towards a better future. It uncovers the true story behind this boat’s sinking and turns the focus of this tragic event to the here and now by asking for answers. 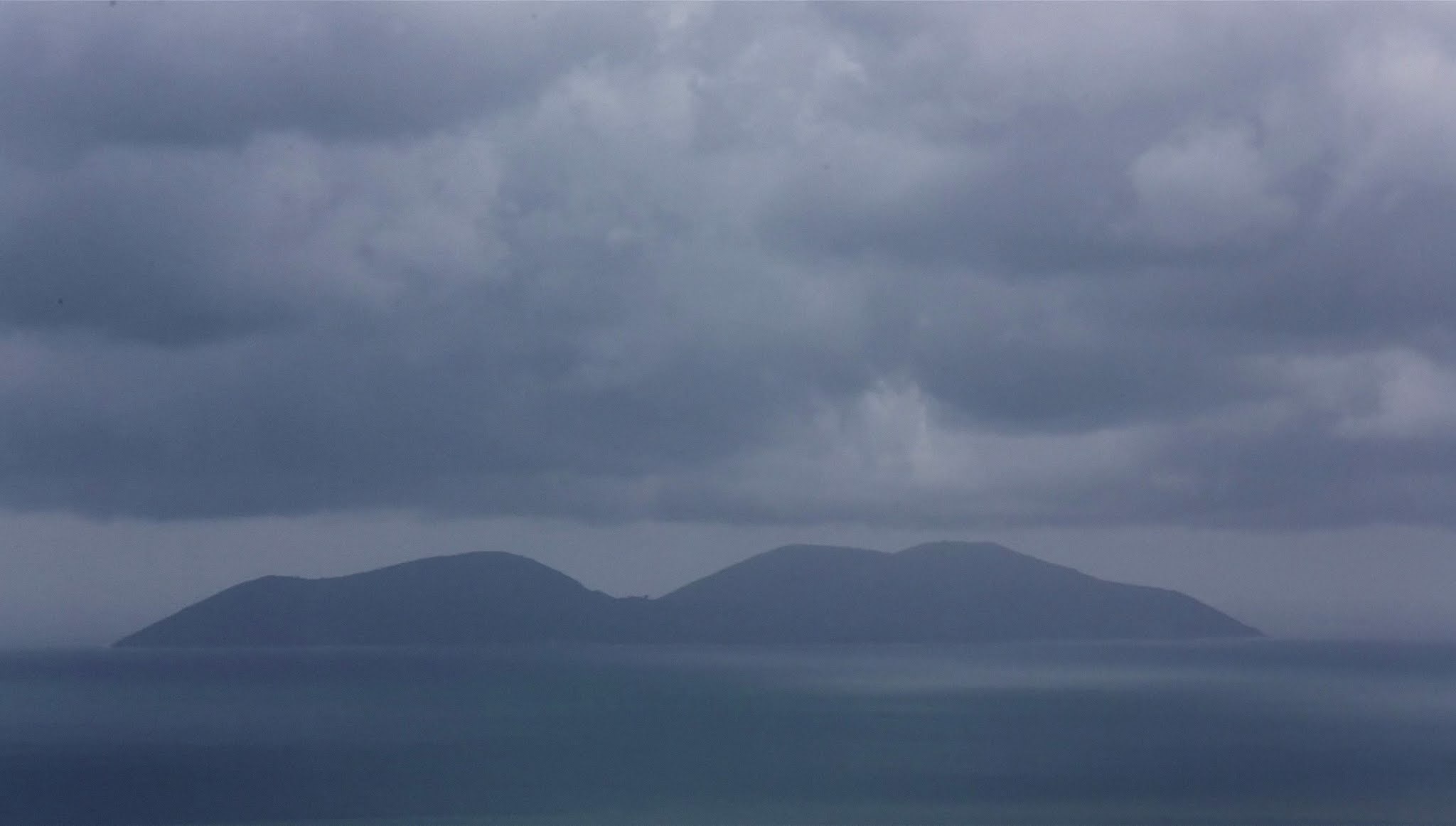 The United Nations High Commissioner for Refugees criticized the Italian blockade as illegal since it had been established through intergovernmental agreement with Albania. What was the process of finding the relatives of the victims and embarking on this trip together? I know that you Ionian have an Albanian background and I believe this made the whole process feel even more personal.

The starting point behind the making of the film can be traced among my childhood memories of Albania, in a difficult period where migration had become the new reality of the country. The stories, the memories and the sense of nostalgia for those who had left was brought to life through polyphonic songs. Those songs revealed the invisible migration stories in a poetic way. Nowadays, the global migration crisis puts a series of questions on the table which challenge me to look for answers through my personal involvement in the story of Otranto.

What was more important to me though as an artist and as person was the whole relationship and communication we developed during the process with the relatives of the victims. First of all, the quest of finding the relatives themselves seemed somewhat impossible in the beginning. It was really difficult to find a way to contact them and speak to them, it seemed as if they didn’t want to be contacted. However after some time we managed to approach them. But what was even more challenging was to make those people trust us and make them believe in the aim of the project. Due to the mismanagement they had all these years by the press and the authorities, they were very careful and suspicious of the intentions of the people who are interested in the incident. At first, they wondered about our presence there. Yet, this started to change when we started discussing our intentions and position on the case and how we thought of approaching it critically through our practice. Then we explained to them how we work and that we are interested in creating equal relationships with the participants in our projects. On the one hand there was the purpose of our work and on the other hand was the needs of the people. We do not just want to be eyewitnesses to a story, but to participate, to tell a story together with them. Based on these two parameters, we co-organized the journey, where they would attend a crucial session of the ongoing trial in Italy to seek justice for their relatives, while we would be making the film. So, their purpose combined with the poetic aspect of the trip created a common framework between us that helped the whole process to be developed effortless.

Your film raises awareness and generates inquiries for a shipwreck and multiple manslaughter that has been long forgotten. Thinking about the manipulative irony of the fact that the same authority who ordered the sinking of the boat commissioned the transformation of the shipwreck to an artwork, I can’t help but perceiving this whole act similar to placing a real-death-“scarecrow” in a “corn field.” This “scarecrow”  has turned into a piece of art by destroying/distorting all its evidence. I am aware that during this period it is hard to schedule anything, but I am curious about the viewing plans of your film; are you planning on showing it in the specific areas involved, namely Vlorë, in Albania and in Otranto, Italy?

As you said this story is forgotten, but not over because justice has not been done. The people are still fighting for justice until this day. And that was among the reasons that made us want to work with them. We wanted to investigate what follows a migration tragedy, the after effects. To go beyond the tragic event itself and the spectacle, of which we are so fed up with from the media. That was also, our guide on how to treat the archival footage. It was a way to repurpose a hegemonic visual language, in order to tell the story. This also helped us to connect the traces of the past to the present, both in the scale of the film’s story and the contemporary history of migration in the Mediterranean Sea, in general.

The reference of the scarecrow is interesting. The question is what kind of monuments do we want? What should be the role of monuments in relation to the social and political context of our time? We are very critical of the conditions and intentions of creating monuments, especially when we talk about deadly shipwrecks that have been involved in human rights violations and have been turned into works of art. In the act of transforming the boat from judicial evidence into a contextless monument displayed as a work dedicated to migrant humanity, besides the great irony, one can read all the connotations of power structures in the public space, as well as the instrumentalization of art for white-washing a state crime. The appropriation and distortion of the vessel, as an act of hiding injustice in plain sight is something that we wanted to address in this work, alongside with the dispossession of the remains of the boat from the families of the dead. It was very important to us, to focus on this factor and how to undo it with creative means. We believe in an art-making which lines up with our values and position in the world, which can provide a critical standpoint on the challenges of contemporary society, without being preachy. Art, is not separate from real life, is an act of question, care and responsibility.

Plans right now seem to dissolve in this ocean of uncertainty, due to the tragic outbreak of the global pandemic. At this point, the only thing that we can say with some certainty regarding presenting Otranto in near future, is our participation in the exhibition School of Waters (15 May - 31 October 2021), the 19th edition of the Mediterranean Biennale of Young Artists, which will take place in San Marino, the microstate which is enclosed by Italy. Even a private presentation in Vlore, at this moment, would put people at risk. Instead, we plan to deliver to the community in Vlore some special editions with the copies of the film as a gift in return.

Otranto is a moving image memorial —a homage to the people who unfairly lost their lives in a quest for a better one and a medium to deliver unheard voices in a wider audience. What are your beliefs about monuments and their permanence in public spaces?

We live in a time where our relationship with the notion of permanence is being shifting and everything seem to exist in a state of fluidity. Even our future in this planet is being challenged and at the same time, a new digital world entangled with the natural world, has been introduced as a totally new direction on how we think on permanence and eternity. This liquid state proves that we no longer need to live under the names of heroes and the tales of established narratives. Therefore art should be ready to respond and reveal this condition by shedding light to the hidden dynamics and stories, capturing the urgent instead of the permanent.

We can learn by looking at the recent movement of Black Lives Matter and specifically at how the people oppose to the dominant ideology which fosters, imperialism, sexism, racism and colonialism. The monuments that are pulled down, pushed into lakes and set on fire by the protestors, don’t leave behind just a void in the public space, but an opportunity to redefine certain values of our society. Toppling these monuments is a brave act of undoing what they represent as normality, a new social sculpture, if we put it this way. There’s a poetic power in those acts, which creates new perspectives for the future. They reveal the other side of the story, the side of the oppressed and silenced. It is interesting how they attempt to recontextualize those institutional narrations which create dynamics of injustice in the public sphere.

The question is do we need any more permanent monuments or do we need more inclusive counter-monuments? We strongly believe in the importance of creating new artistic forms of commemoration. Which bring to surface the unheard voices that can destabilize the dominant narratives.

We like to think about Otranto as a time-based monument. In the sense that, instead of a built object with fixed and imposed spatial values, we propose a more fluid way to approach monumentality that unfolds time-wise. We see this also, in relationship with several forms of collective social commemoration (such as oral history, polyphonic songs, community rituals and imagery etc.). As a continuity of these practices with contemporary means. A monument that expands in time has the ability to go deeper, instead of bigger. This is a driving force to us. Not to occupy space, but to open space for the counter-memories to be heard and to create an active dialogue between the work and the audience. We are also interesting in the performative practices that can hack these narrations and give space to counter-narratives that can change the narration of the predominant that shape the public sphere. Sotiris Tsiganos (1992, Αthens, GR) and Ionian Bisai (1992, Saranda, AL) are visual artists and filmmakers based in Αthens. They operate as an artistic duo in research-based projects, focusing on the critical reading of underexposed stories and how these can twist through new contexts. Laboring in the age of augmented realities, the artist duo weaves social engagement and critique through participatory strategies and performative sequences, resulting in hybrid film productions —remixing documentary, fiction and archive.