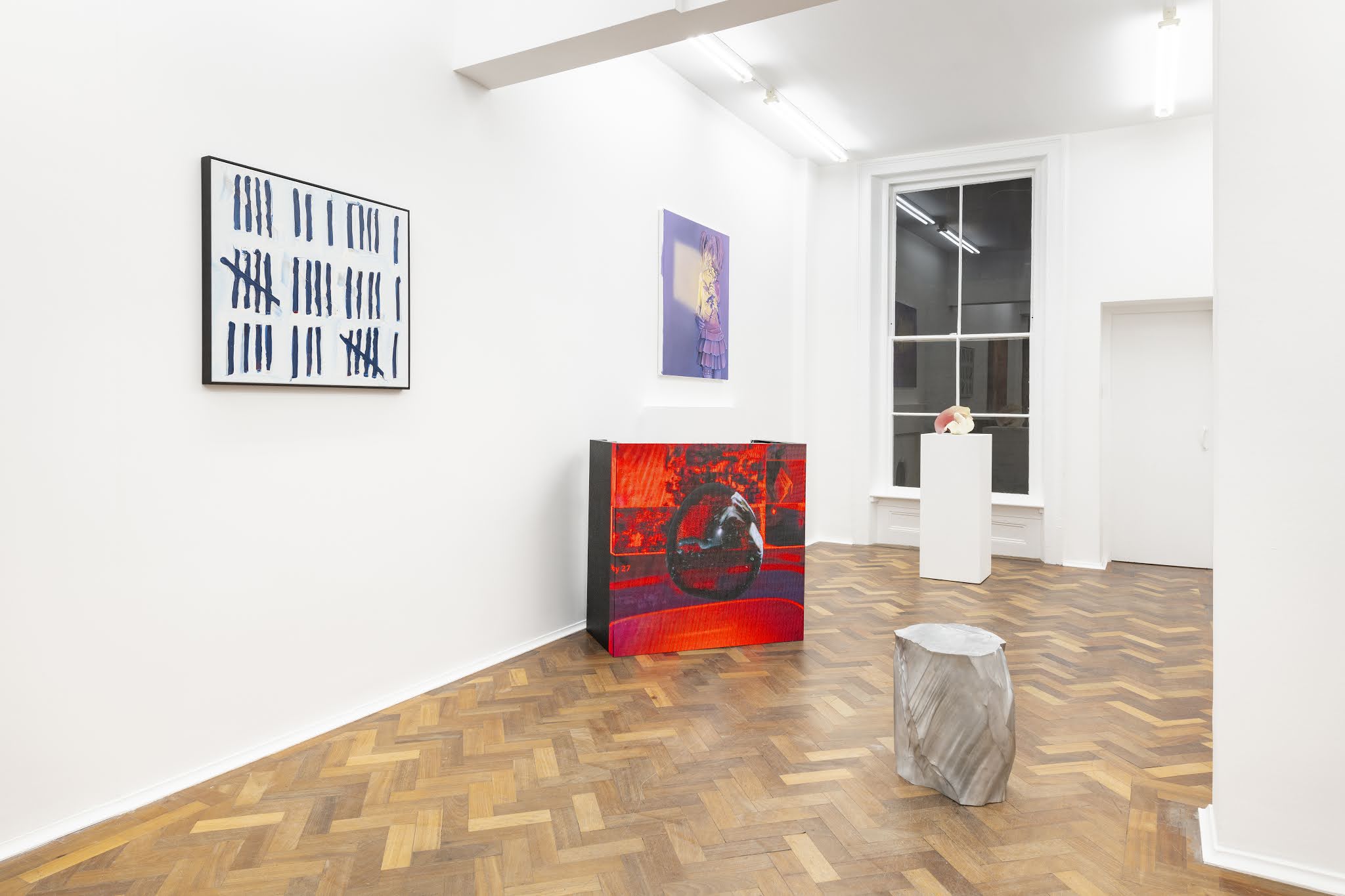 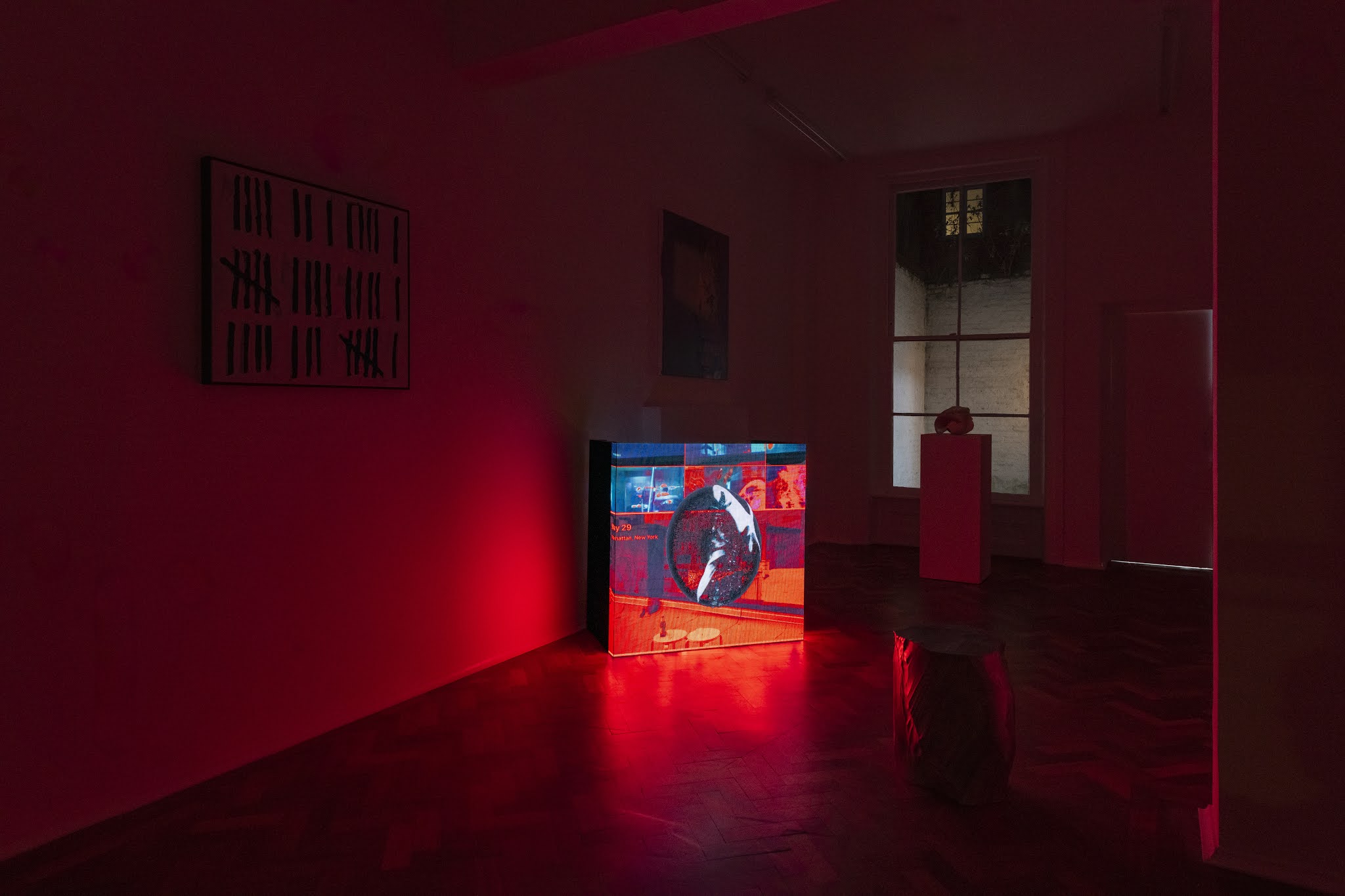 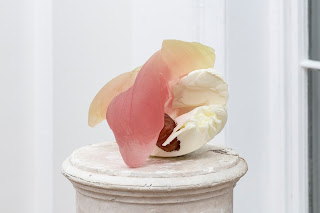 The first effects of the pandemic hit Europe late in the winter of 2020, furthering the development of a global crisis that has defined the year. The enemy that was dominating headlines may once have felt invisible and distant in the Western world, yet has now infiltrated our lives in ways we could never imagine. At that point the extent of the disruption and suffering it would go on to cause was for many still not known, and subsequently neither were the deeper and more abstract ways it would affect our lives.

In early spring, in an attempt to understand these effects from the perspective of the expressive mind, PM/AM initiated a discussion between a group of artists, opening up an exchange that brought a number of topics into the unique frame of pandemic life–the art world, productivity, politics, society, psychology, media, technology, domestic life. As the conversation went on, a set of sincere insights began to materialise, but so too, organically, did the framework of an exhibition. Much like the experience of life during the crisis, influences directing the artistic process were similarly guided by forces seemingly outside of our control.

Rather than a direct response to COVID-19 however, what was emerging felt more like a collective status check, a unique opportunity for self assessment that was gifted to us. Our discussion became a text, the text a directive, the directive a mission statement: to portray from the artists’ perspective, what is considered, described and produced when such an extraordinary set of circumstances is thrust onto the collective psyche. The curation of this show brings together a number of artists from our original discussion, along with others producing undeniably relevant and topical work. Specific, interlocking themes are brought into focus through contrasting artistic disciplines, and through these we can approach an understanding of ourselves at a time of upheaval and realignment.

In this period he experienced first hand the effects of contracting the virus. Chen Sizou’ssanimation and drawings are a reflection on personal and collective identity, as told by her lone, semi-autobiographical character traversing empty and uncertain environments. As society has found itself cut off from distraction, time has opened up for such internal assessment to occur.

Emma Stern’s depiction of digitised selves reminds us of the limitless possibilities of a life lived online, a development that is linked as equally to expressive freedom as it is to a shunning of the solid world. Sinae Yoo’s highly singular work continues the ‘Petrichor’ series, characterising the resilience of underground cultures against a backdrop of dramatic, traditional painting.

Chris Dorland’s semi-abstract work suggests a tech-dystopian near future where our advertising and entertainment frameworks have reached breaking point, along with our ability to process the saturated data they throw out. In recent months can it be said that such a future has been brought a little closer to the present? Iain Ball on the other hand uses such saturation as an artistic tool, using found imagery and digital techniques to create prints that could be seen as advertising boards, confounding the viewer with messages suggestive of broken political and social systems. Partially escaping the constraints of the physical world altogether, Jack Warne’s augmented paintings have another life in virtual reality, and via a considered use of sound and sonic processing he transmutes the visual experience of his work over an extended set of senses.

Ittah Yoda place emphasis on the unconscious and formative aspects of human existence, traversing concepts of the individual and the collective. Their work has a sense of being a networked organism, a series of tendrils and linkages feeding information back to a focal point of curiosity, driven by an attempt to explore and understand.

06 is as much a collective exposition as it is an exhibition of artwork. It aims not simply to report on various elements of a single, if momentous, event. More so it brings together a series of responses to a time during which the status of our development is paused for assessment; when we can step back, briefly, and analyse almost from a remote point, what has become of us.

The online presentation is an enriched media experience that offers a level of depth crucial to expressing the aims of the show. Collecting insights, interviews and extended text, it is an expansive take on the traditions of both exhibiting and editorial content.

This is supported by a physical counterpart, delivering an alternative vision of the show in our west London gallery space. The intention is to retain a sense of realness in contrast to the hugely increased virtuality of this year’s art experiences, navigating the possibilities of social interaction at a time when such things still hang in the balance. The two strands of this show together form a statement on how expectation and possibility have been shaped by crisis, and how we react to extreme circumstances. They are the infrastructure onto which we have built a combination of perspectives and a collection of stories relating to a defining moment.